Posted on September 3, 2019 by benigmatica 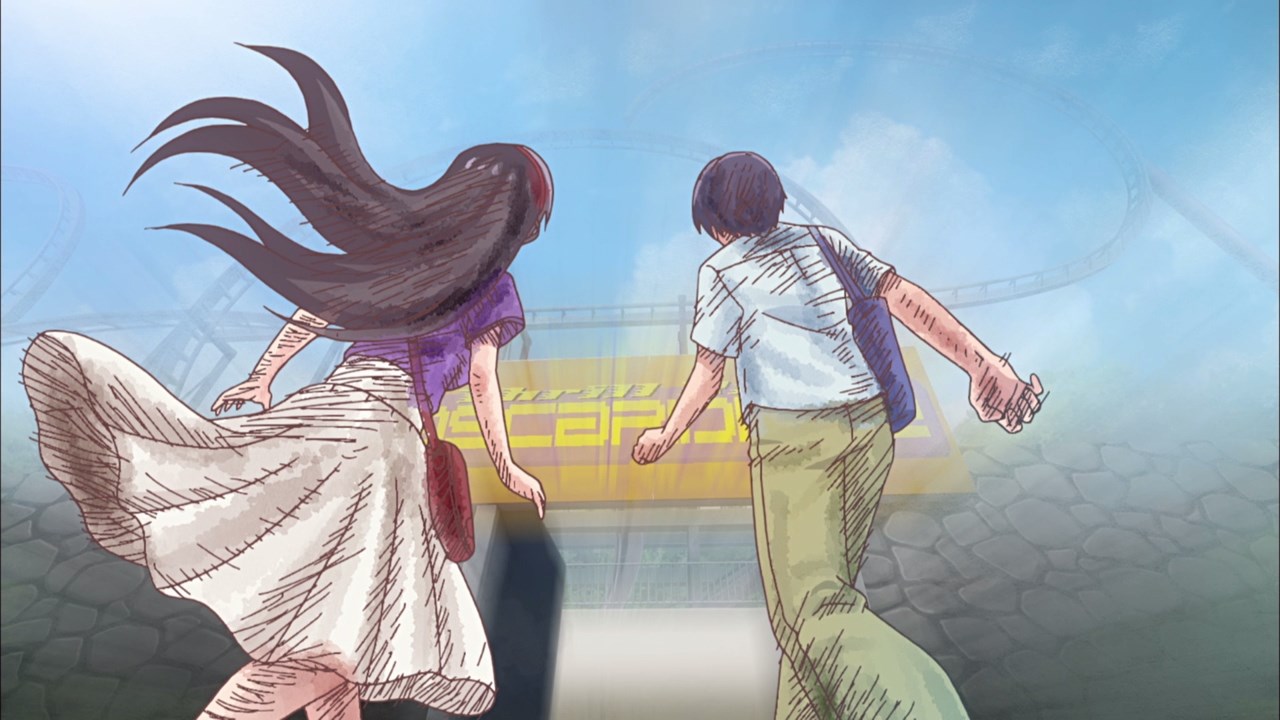 Well then, it’s time for Keiki Kiryu to find out if Sayuki Tokihara is the one who took the panties from the previous episode, as both of them are going to an amusement park for a date with Keiki-kun acting as the master to Sayuki-sempai.

C’mon, she really wants to be a slave to Kiryu and we can’t help it! 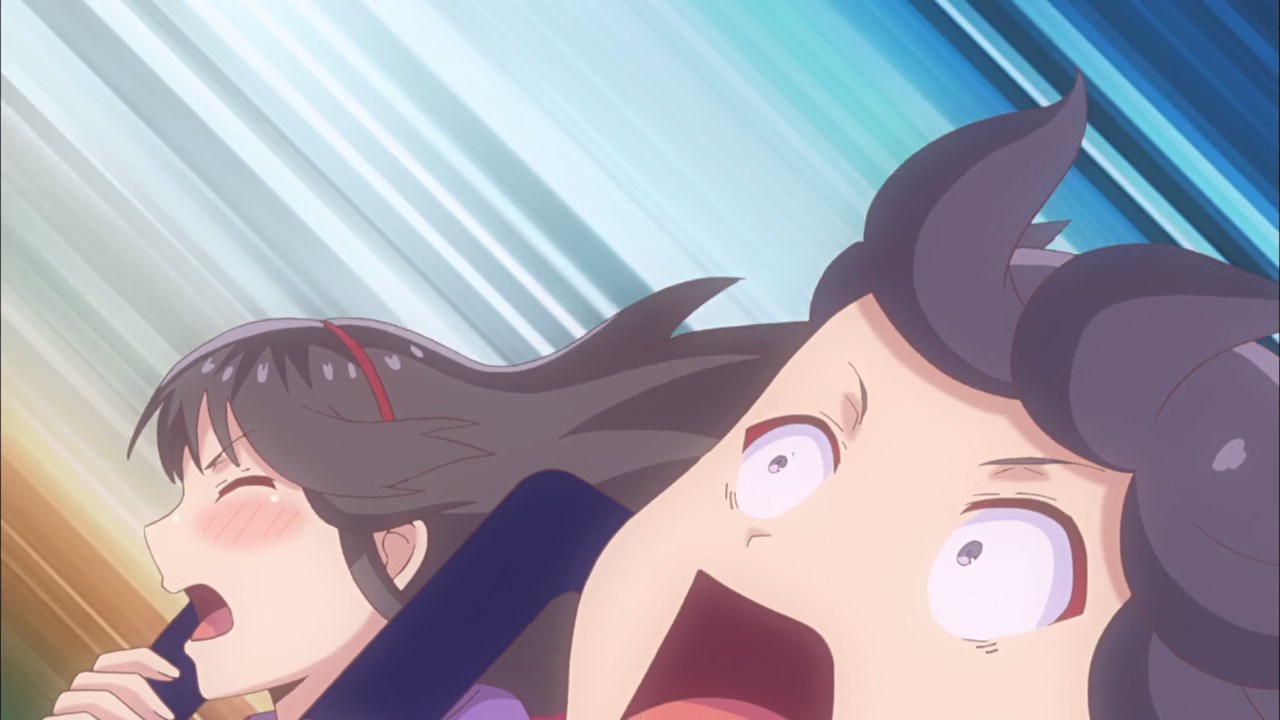 Anyways, let’s begin with a roller-coaster ride where it turns out that Tokihara is scared at riding it. Not just roller coaster, but also the swing carousel and the drop tower.

Hm, I feel that Sayuki-sempai is either afraid of heights or she doesn’t like thrilling rides that might risk her life. 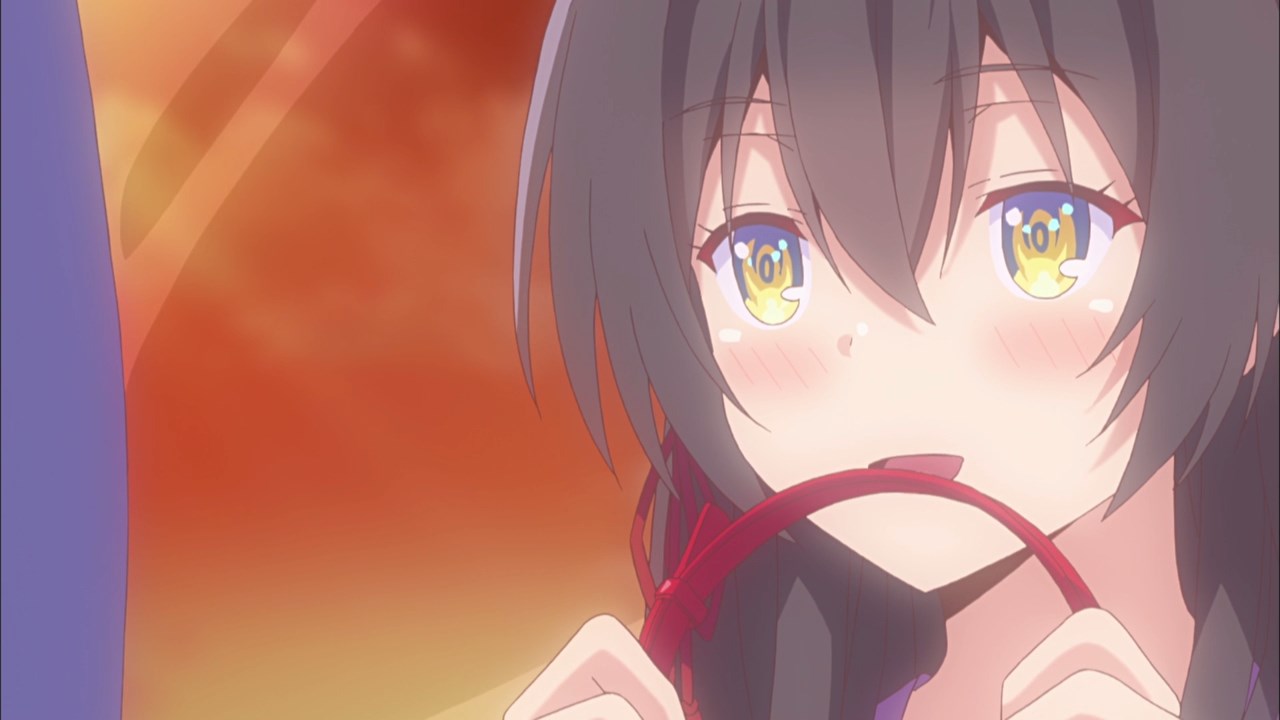 Then again, turns out that she’s scared of the latter as Sayuki Tokihara is fine riding on a ferris wheel with Keiki Kiryu.

Anyways, Sayuki-sempai offered him a leash as she wants to be a pet to him! 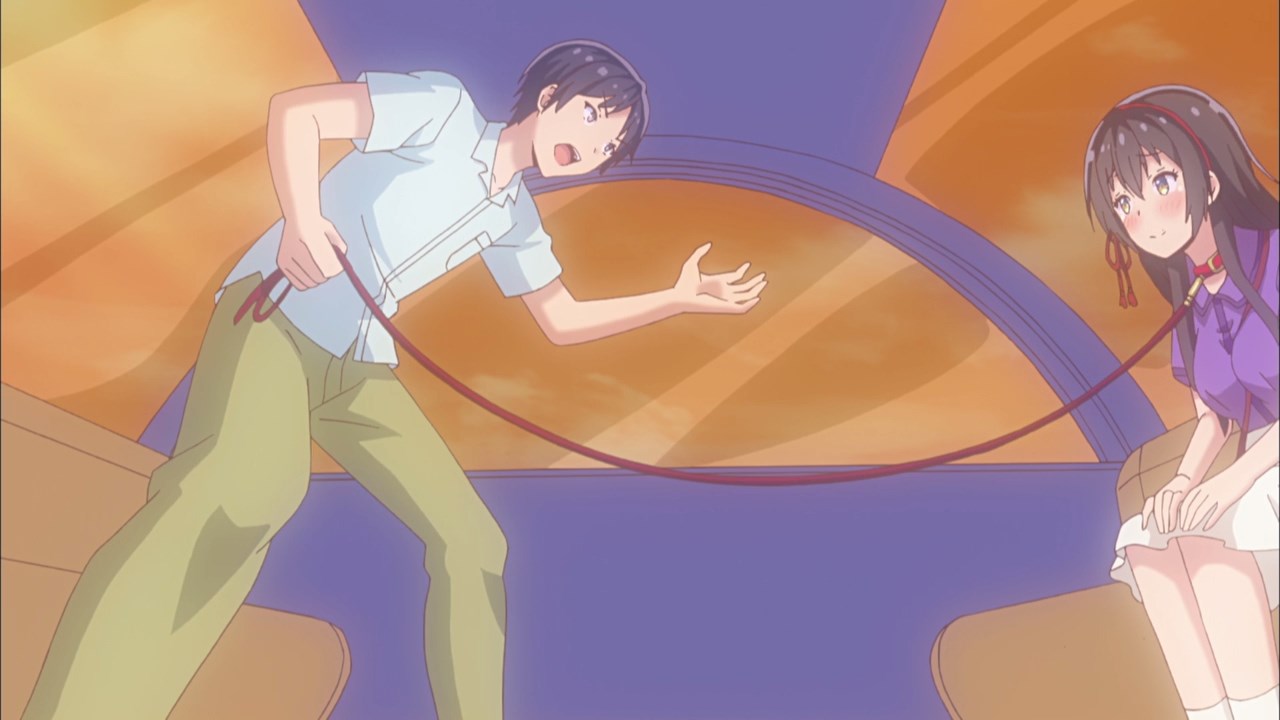 However, Keiki-kun decided to flip Sayuki-sempai’s skirt to see if she’s wearing those panties. Bold move there, Kiryu! 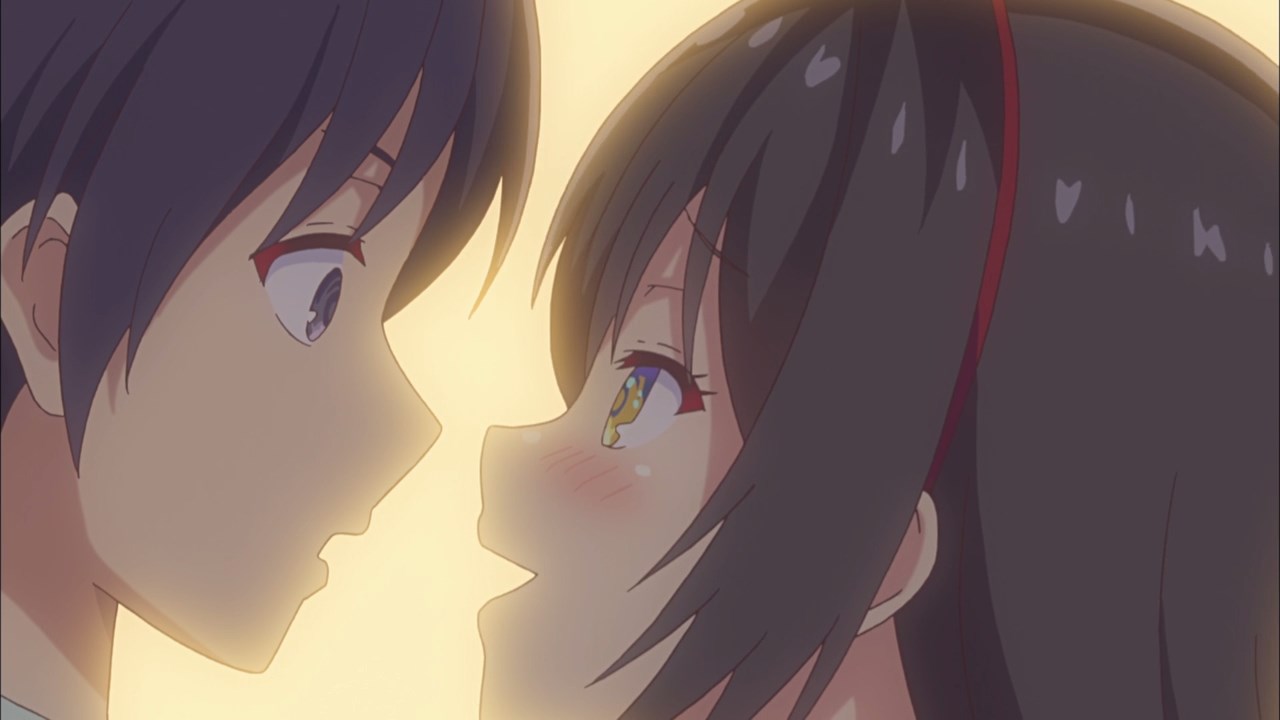 Unfortunately for Keiki Kiryu, Sayuki Tokihara has some other plans as she approached him… 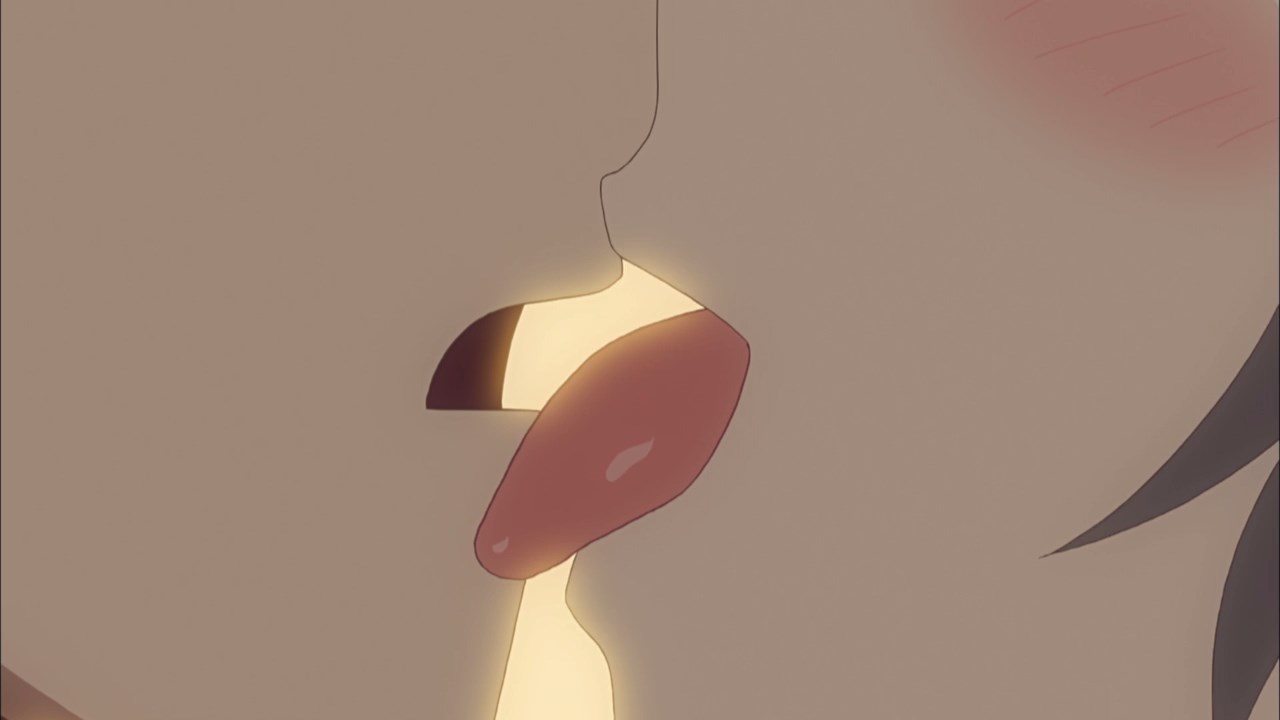 …and lick his face like a dog! Damn, looks like Sayuki-sempai made a bold move before Keiki-kun. 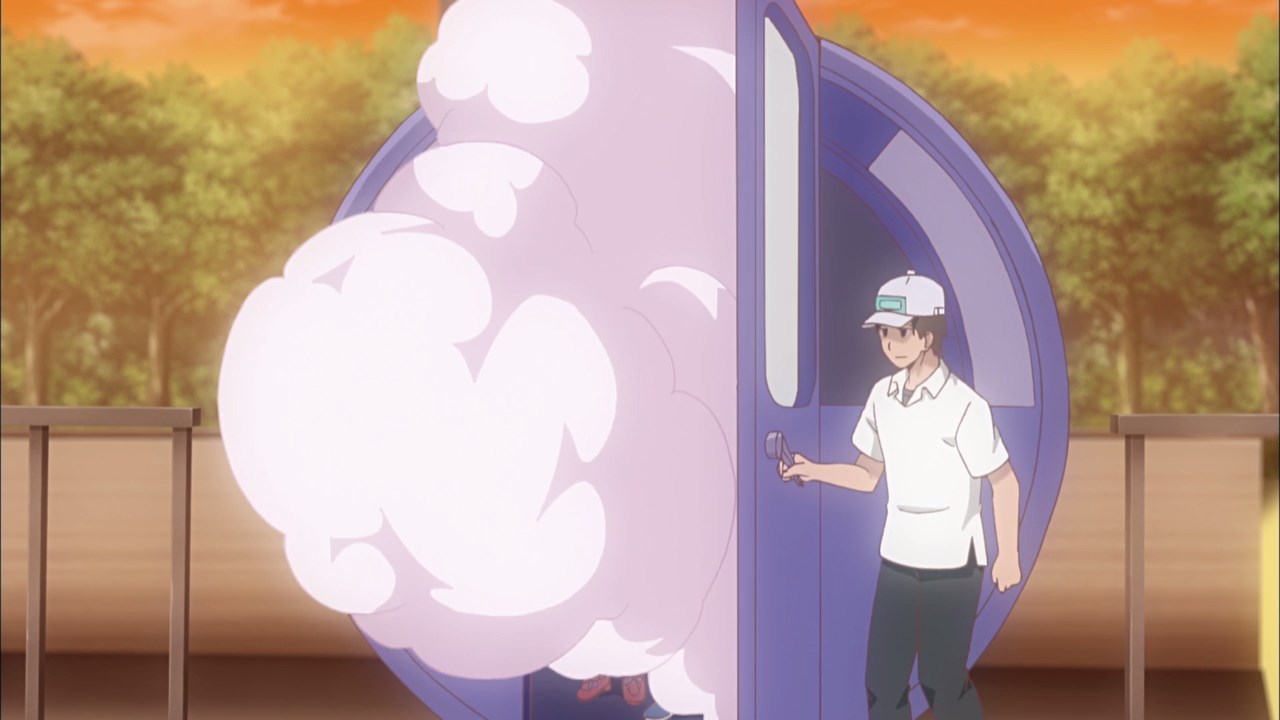 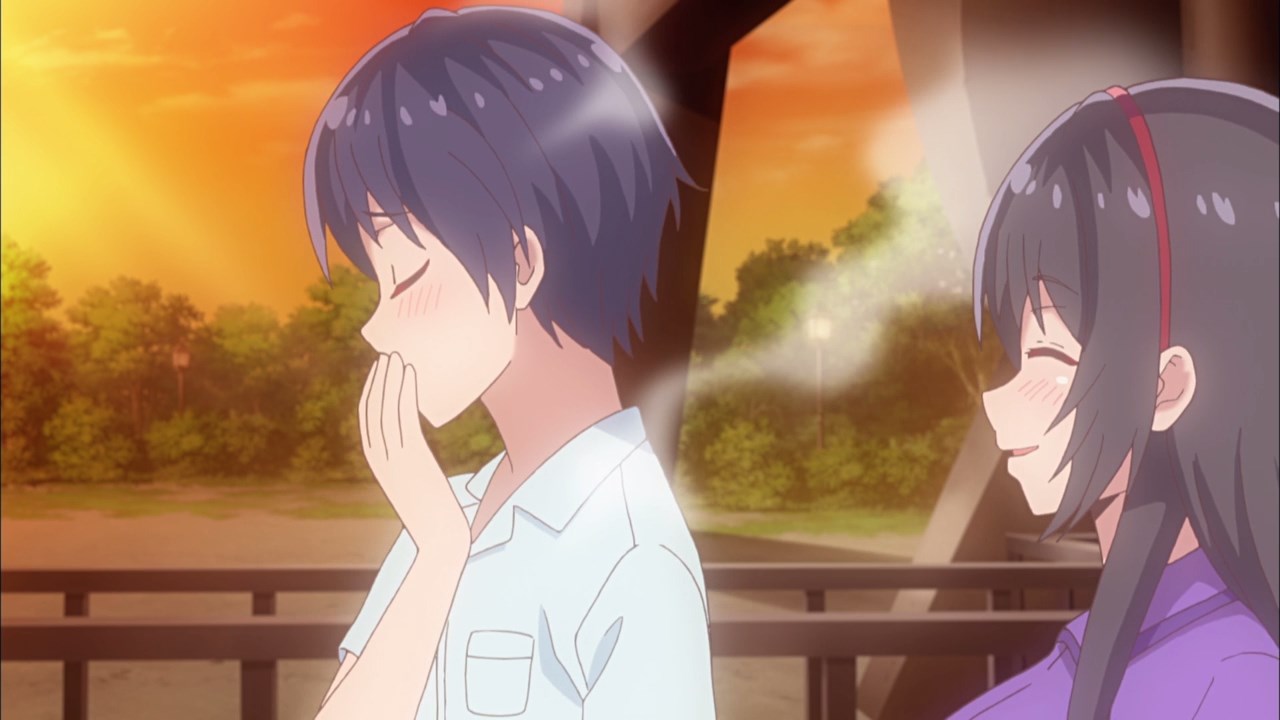 And as the result, Keiki-kun startled with Tokihara’s stunt that there’s smoke coming out, as if they have some hot steamy sex inside the booth!

Yeah, he almost jizzed his pants with that one but still, Kiryu didn’t see what’s underneath Tokihara’s skirt. 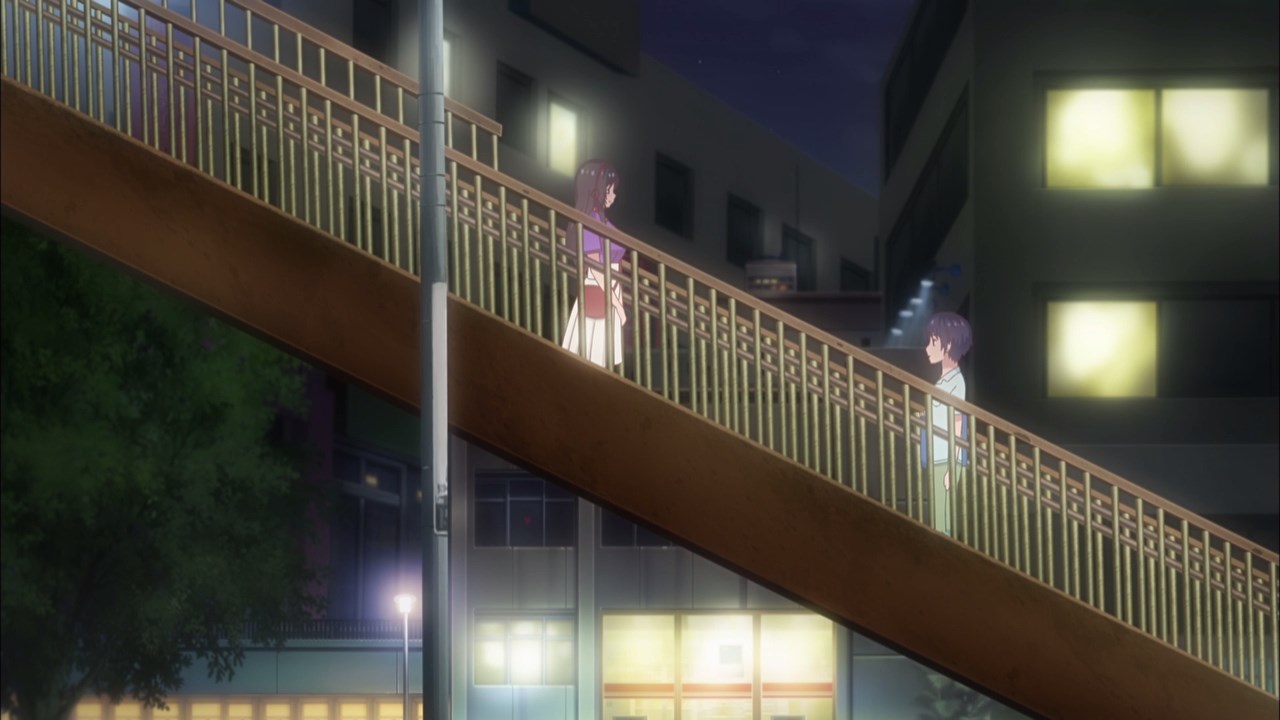 But you know what, I think it’s time for Keiki to act bluntly and tell Sayuki-sempai to lift her skirt since he’s the master after all. Let’s hope that no one would see this! 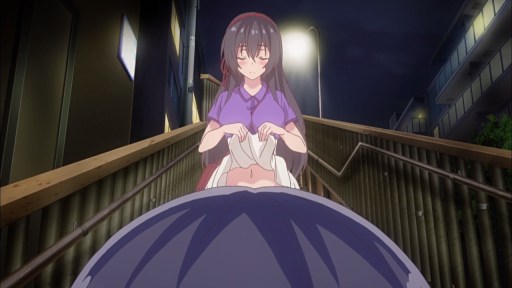 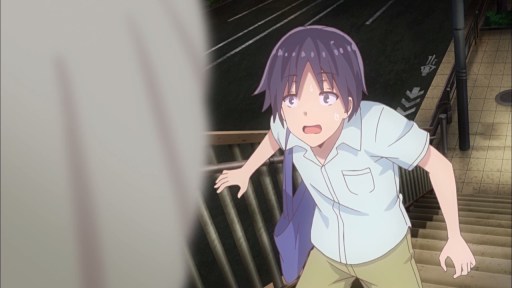 On second thought, I think Keiki Kiryu should have told Sayuki Tokihara to lift her skirt in some back alley instead of doing it in an overpass.

Turns out that Sayuki-sempai is not wearing panties the entire time. Man, this is beyond obscene as she’s not only want to be a pet to Keiki-kun, but also wants to go commando! 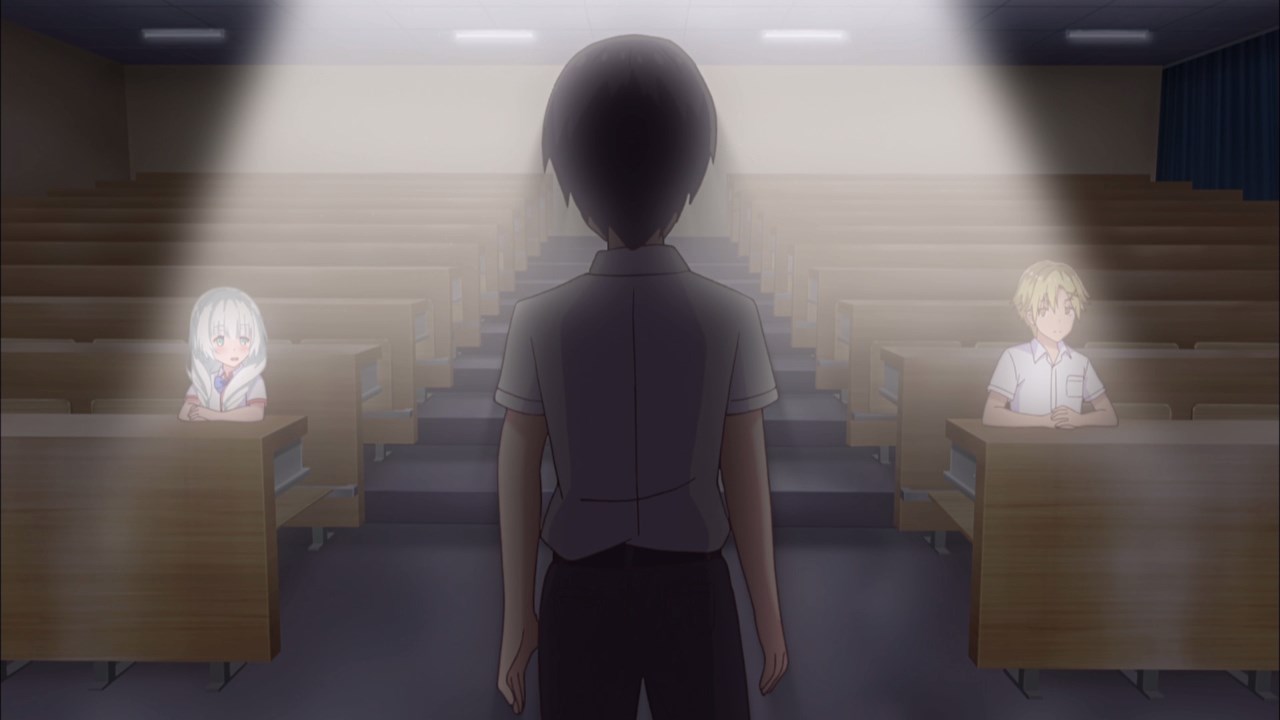 But in the end though, Keiki Kiryu failed to uncover the truth because Sayuki Tokihara is not wearing those Cinderella panties. So much that he vented his frustrations towards Koharu Otori and Shoma Akiyama.

Still, it’s not the end of the world for Keiki-kun as he’ll continue to find out who left those panties at the club room! 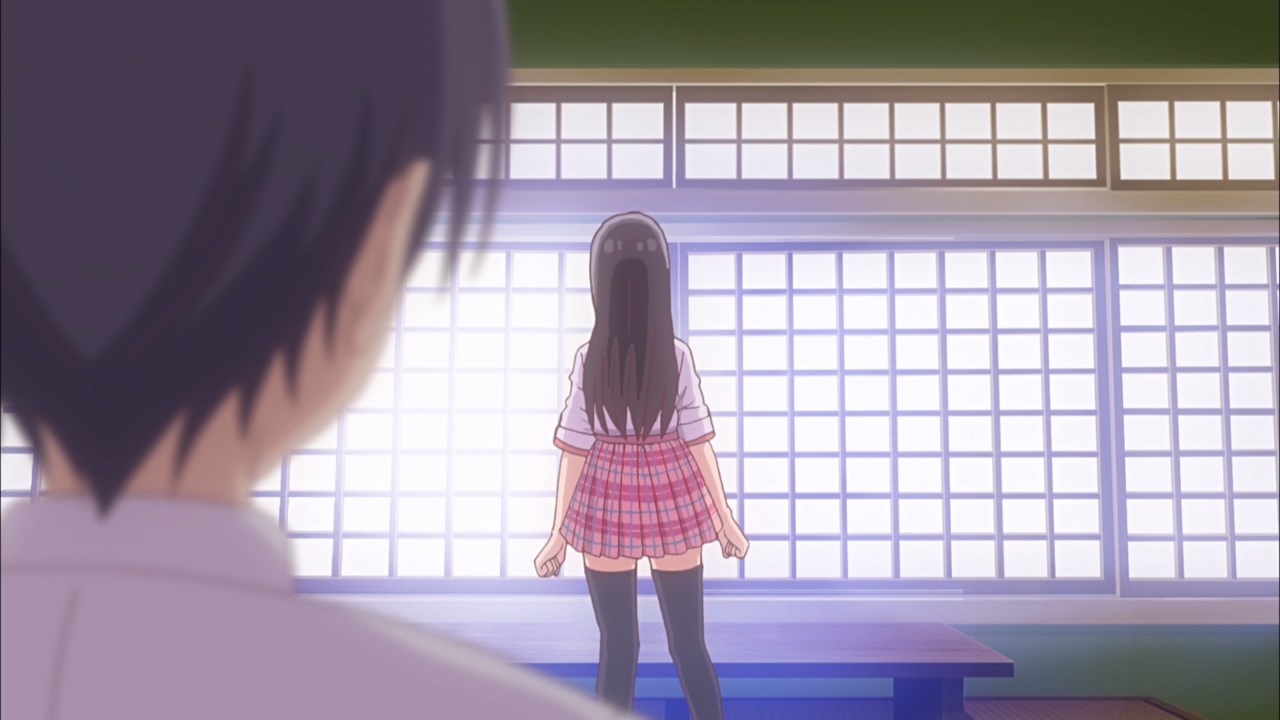 And so, he tries again towards Sayuki Tokihara as Keiki Kiryu told Sayuki-sempai to lift her skirt and ask her if she stole those panties during her visit.

Glad that Keiki-kun decides to cut to the chase and go straight to finding out the truth, but will Sayuki-sempai comply with his demands? 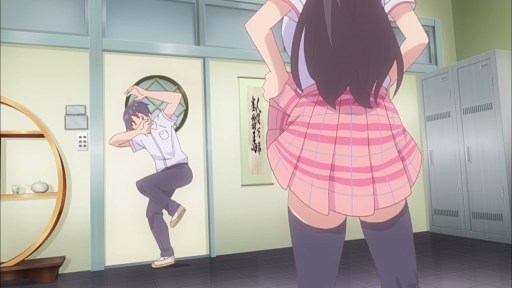 Fortunately, Tokihara complied to his demands since she’s a slave to Kiryu, but Keiki-kun found something he didn’t expect to have once Sayuki-sempai lifted her skirt… 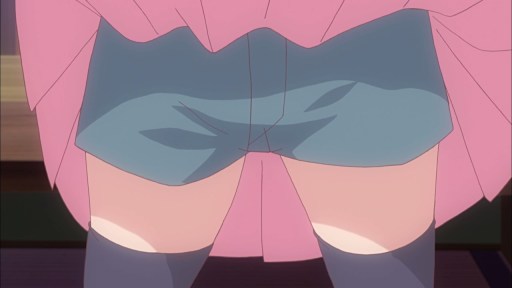 Turns out, she’s wearing boxers. Not just any boxers, but Keiki’s boxers as it turns out that Sayuki Tokihara stole it! 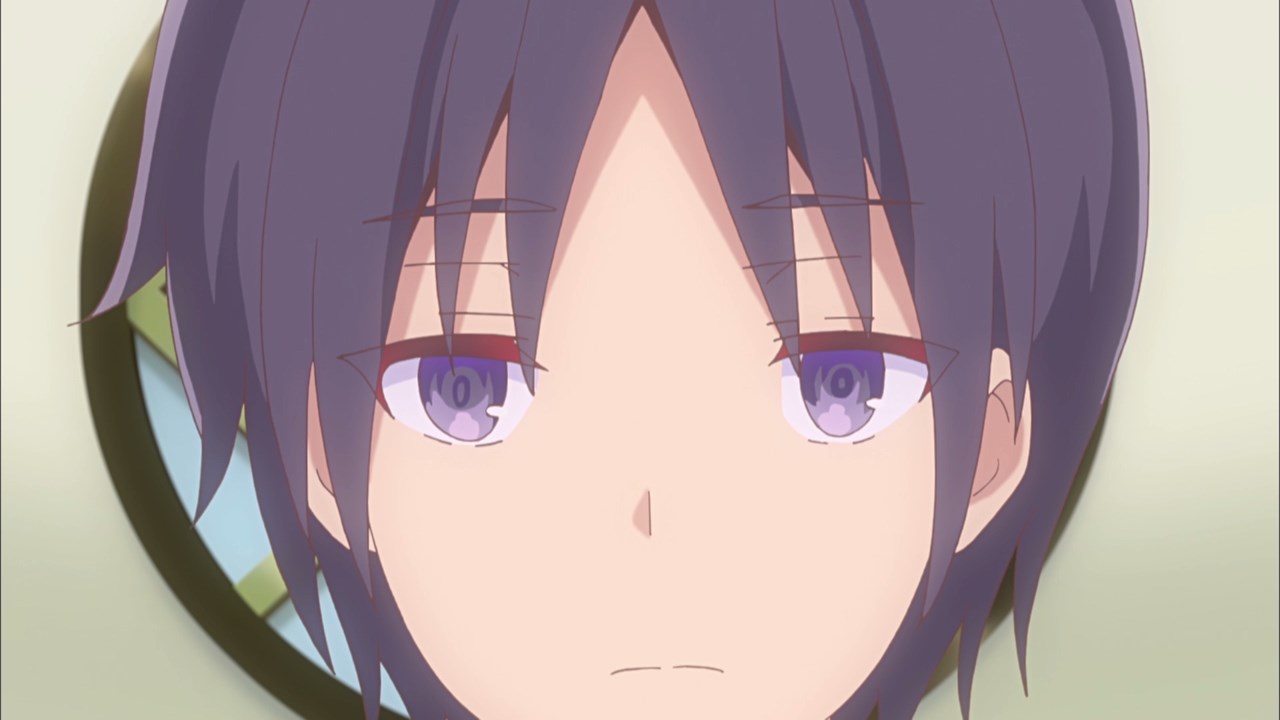 And as for Keiki’s reaction, he was not amused as Kiryu is back to square one. More importantly, Kiryu should tell Tokihara to give those boxers back to him or someone might steal it again.

Come to think of it, I wonder if Ayano Fujimoto will try to take Keiki Kiryu’s boxers and sniff it? Oh wait, I think she might not do it because his boxers is mixed with Tokihara’s scent. 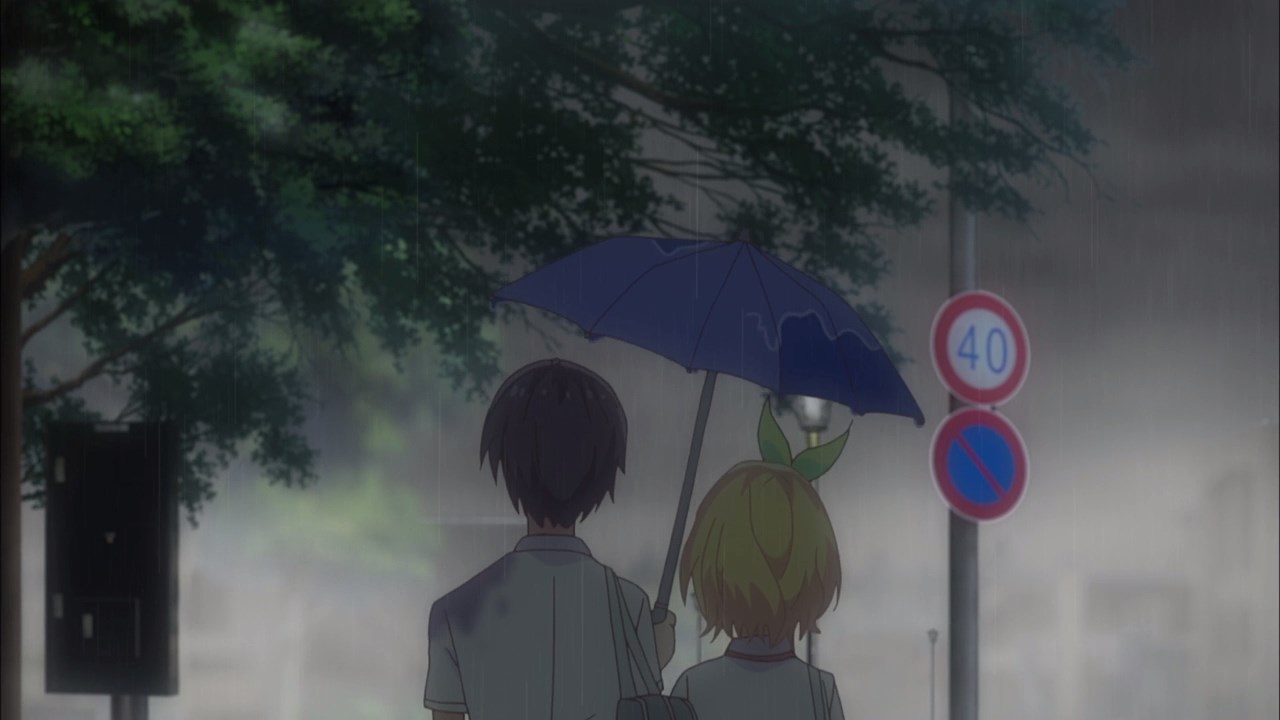 Now then, let’s move onto the next scene where Keiki Kiryu walks Yuika Koga to her house as it’s raining outside. Gotta give props to Keiki-kun for acting like a gentleman to Yuika-chan! 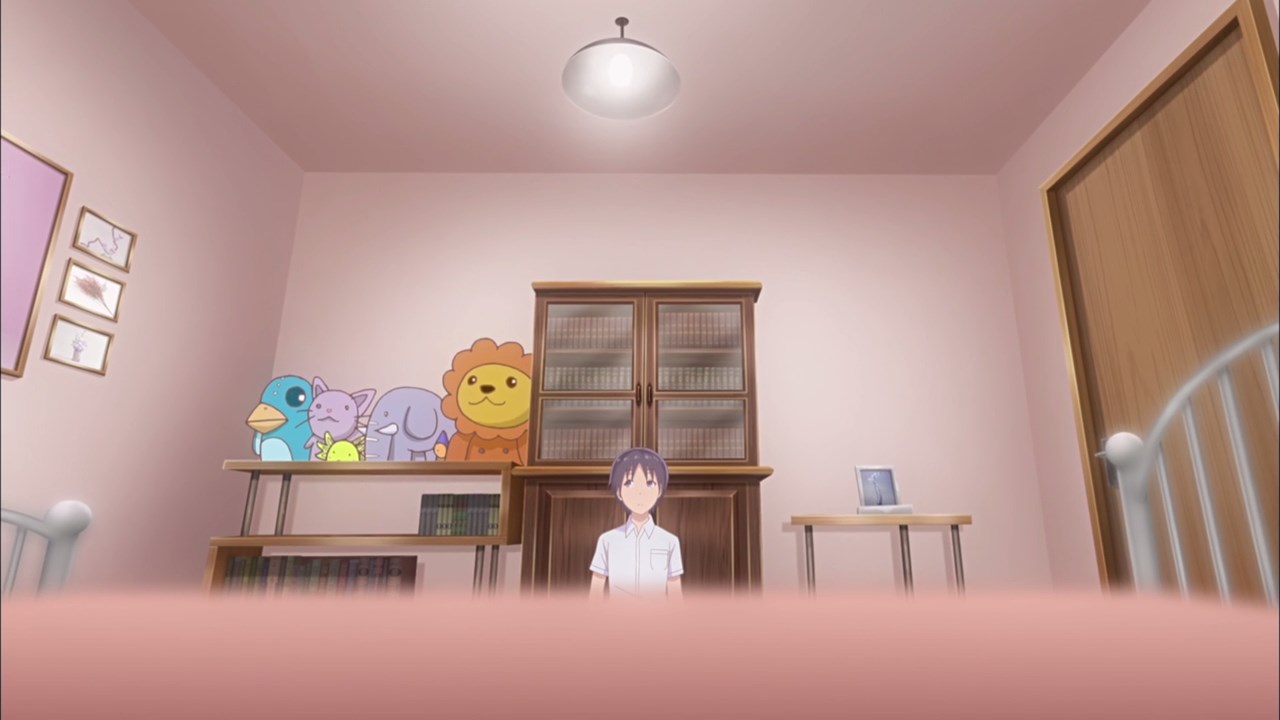 However, Yuika Koga told him to stay at her house until the rain goes away. This gives Keiki-kun the opportunity to find some clues on whether Yuika-chan stole those panties during her visit or not. 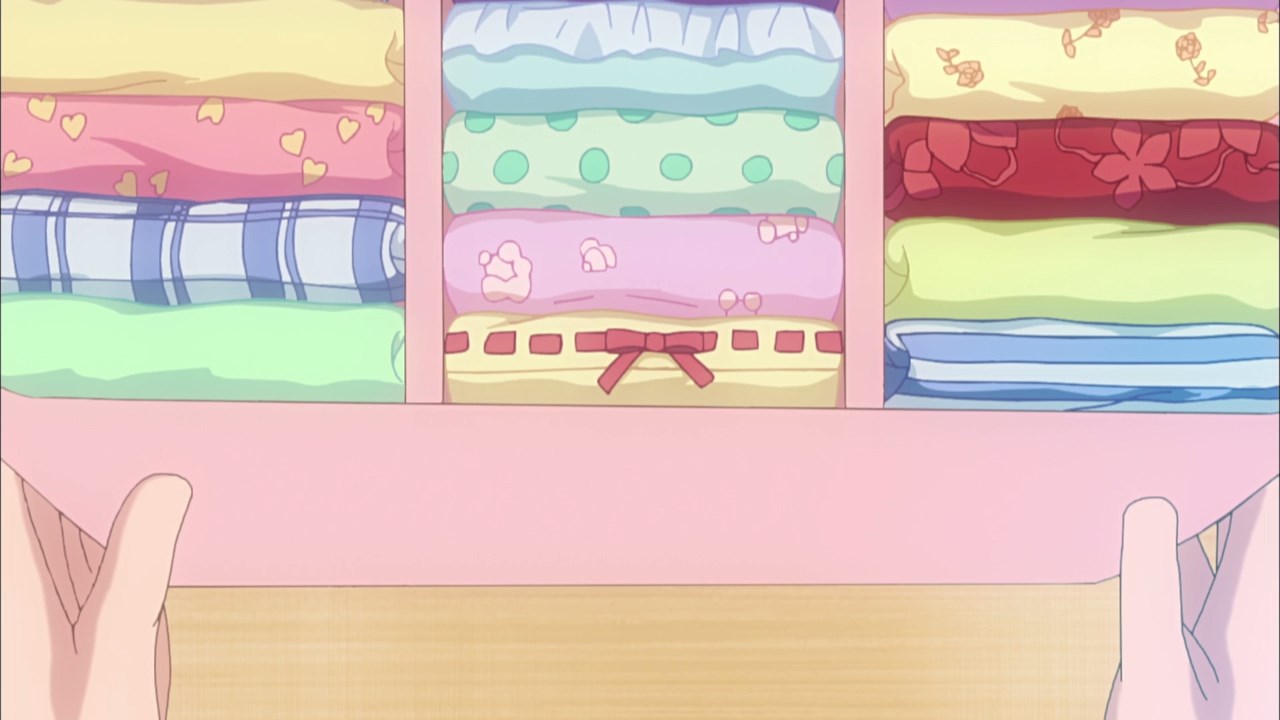 Anyways, Keiki Kiryu went straight to her drawer full of panties, although it doesn’t contain the one that was left in the calligraphy club room. 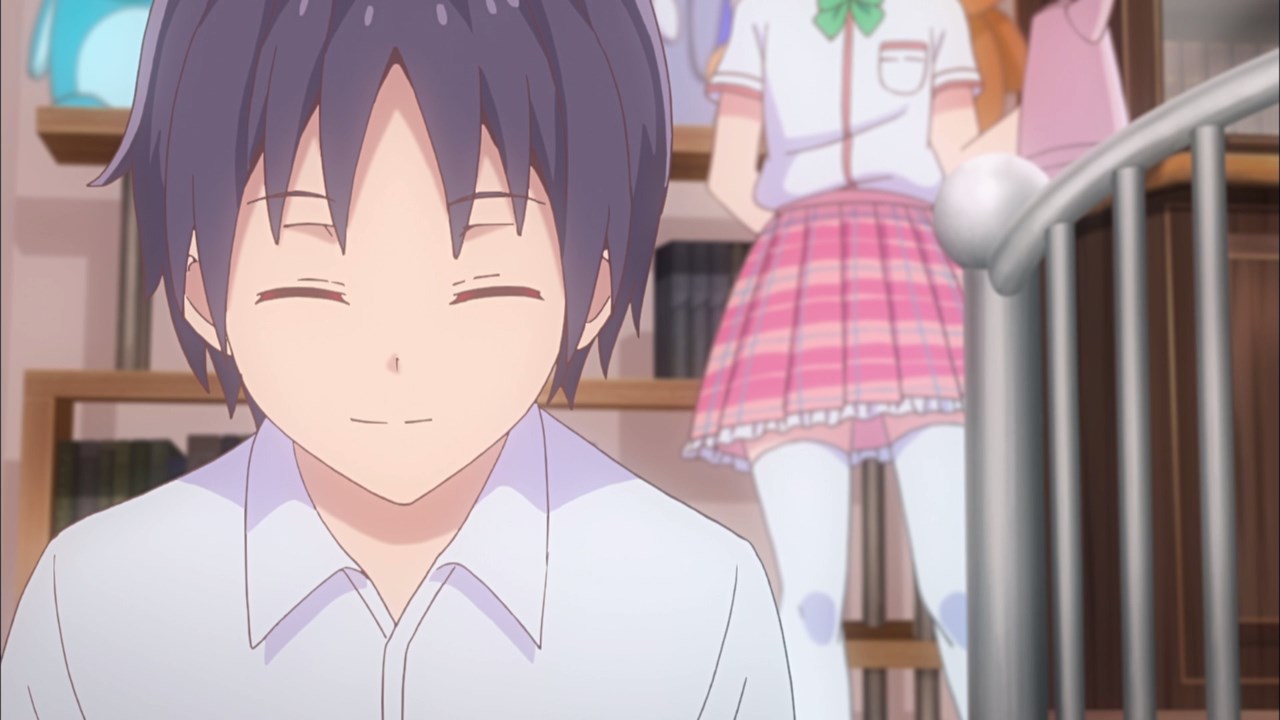 More importantly, Kiryu should find it quickly or Koga might come back to- Oh nevermind, looks like Yuika-chan has returned! 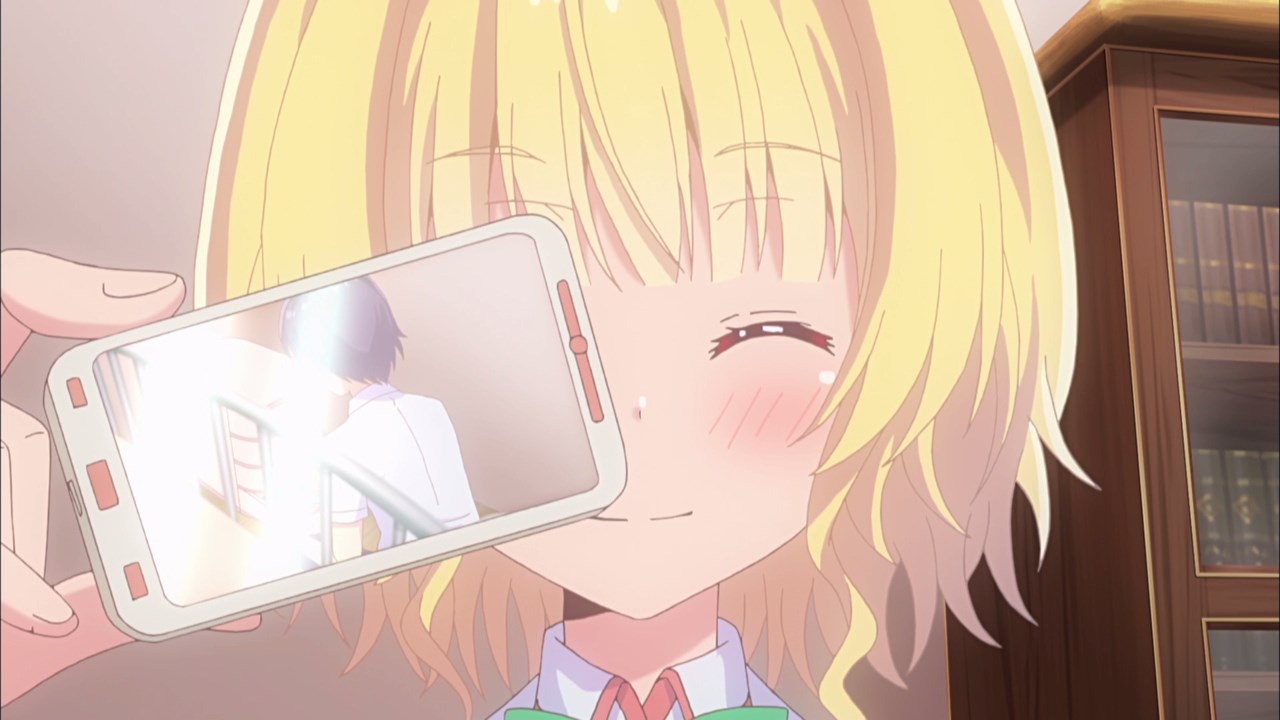 And worst of all, she took a picture of Keiki-kun as evidence for attempting to steal her panties.

However, she’s not gonna report him to the police as Yuika-chan wants Keiki-kun to be her slave! 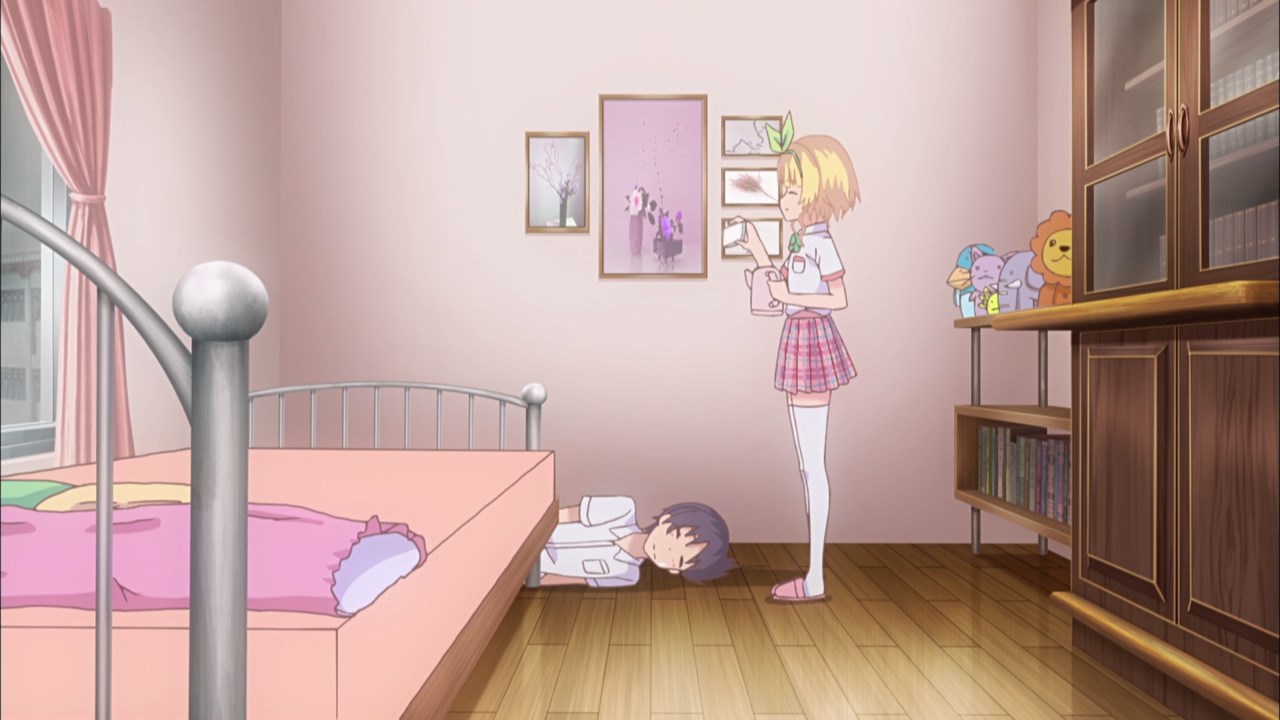 And since he can’t say no given that she got the evidence, Kiryu has no other choice but to become a slave to Koga. Damn, looks like his life is already screwed!

But you know what, I think Keiki Kiryu will get out of this on the next episode and find out if Yuika Koga is the one who took those panties.