Posted on September 7, 2019 by benigmatica 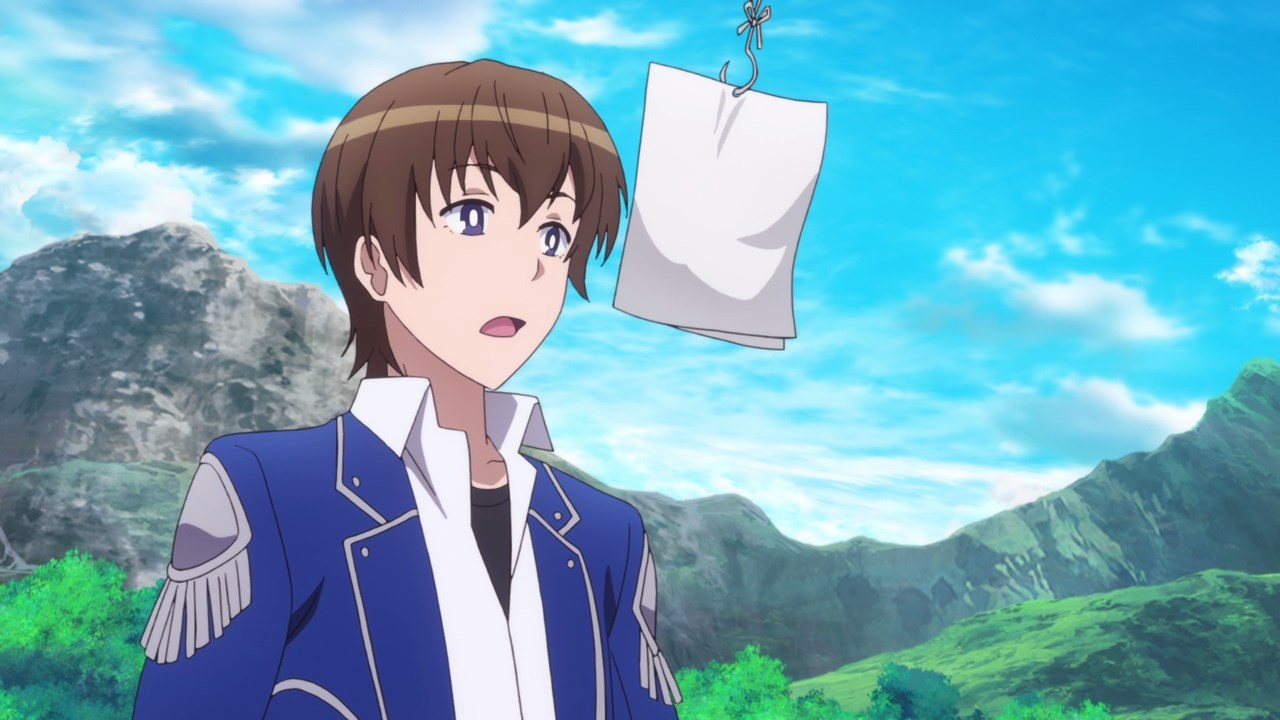 On this episode, Masato Oosuki stumbled upon a flyer being hanged by a fishing rod. Man, is someone baiting him? 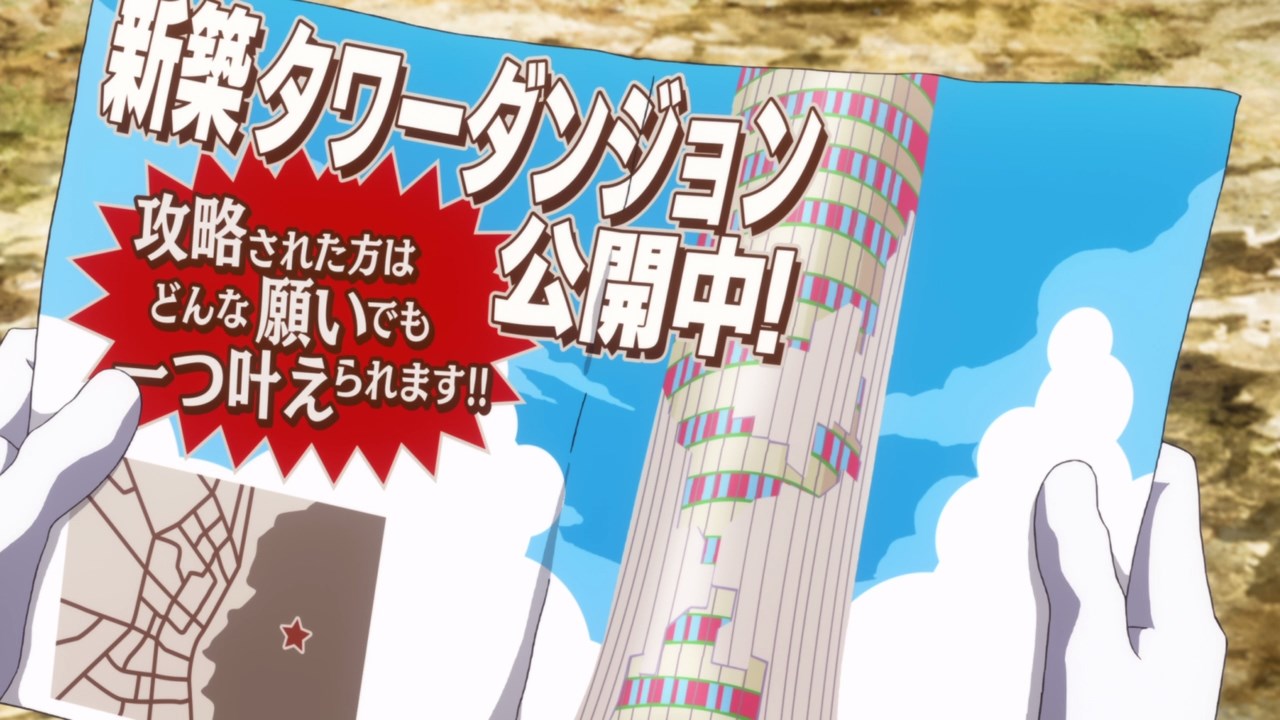 Turns out that it’s advertising a tower dungeon where all players can enter and gain experience points. Then again, Masato felt dubious about this new area! 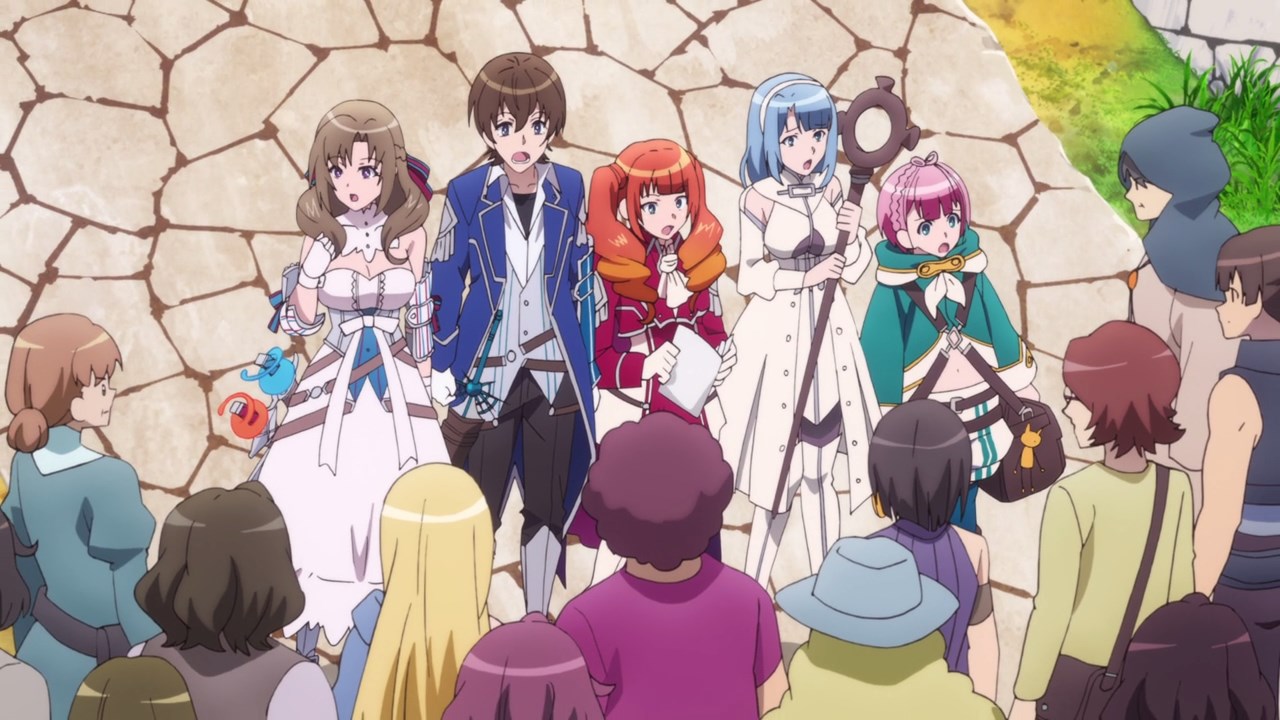 However, Masato Oosuki and his party went ahead anyway where they’re greeted by an angry mob, demanding the return of their children.

Of course, they’re puzzled on why these parents want their child back. But seriously though, they should calm down and explain the situation to Masato and his party instead of ganging-up on them. 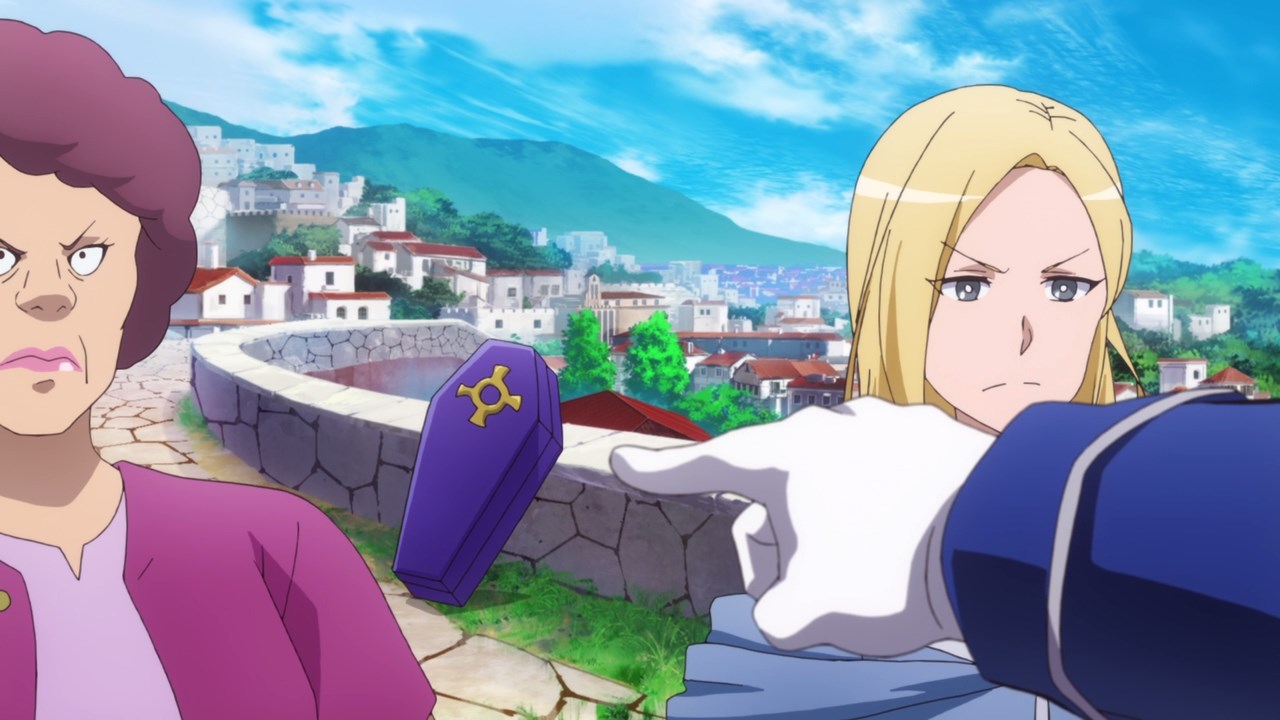 You know what, I think Masato Oosuki will have to ask Shiraaaase for help, although she needs to be revived first as Shirase died again. 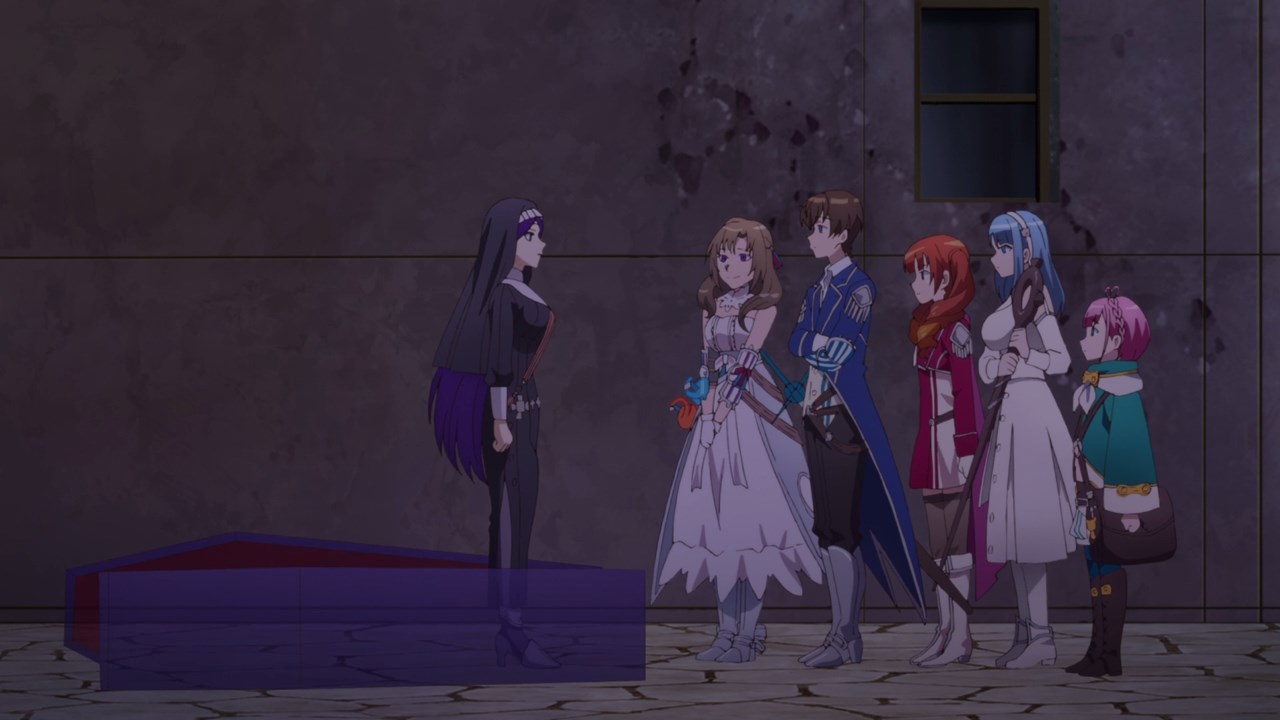 Anyways, Shiraaaase has returned from the dead where she informs them about an event she didn’t know beforehand. Hm, could it be the tower dungeon that they’re supposed to go to? 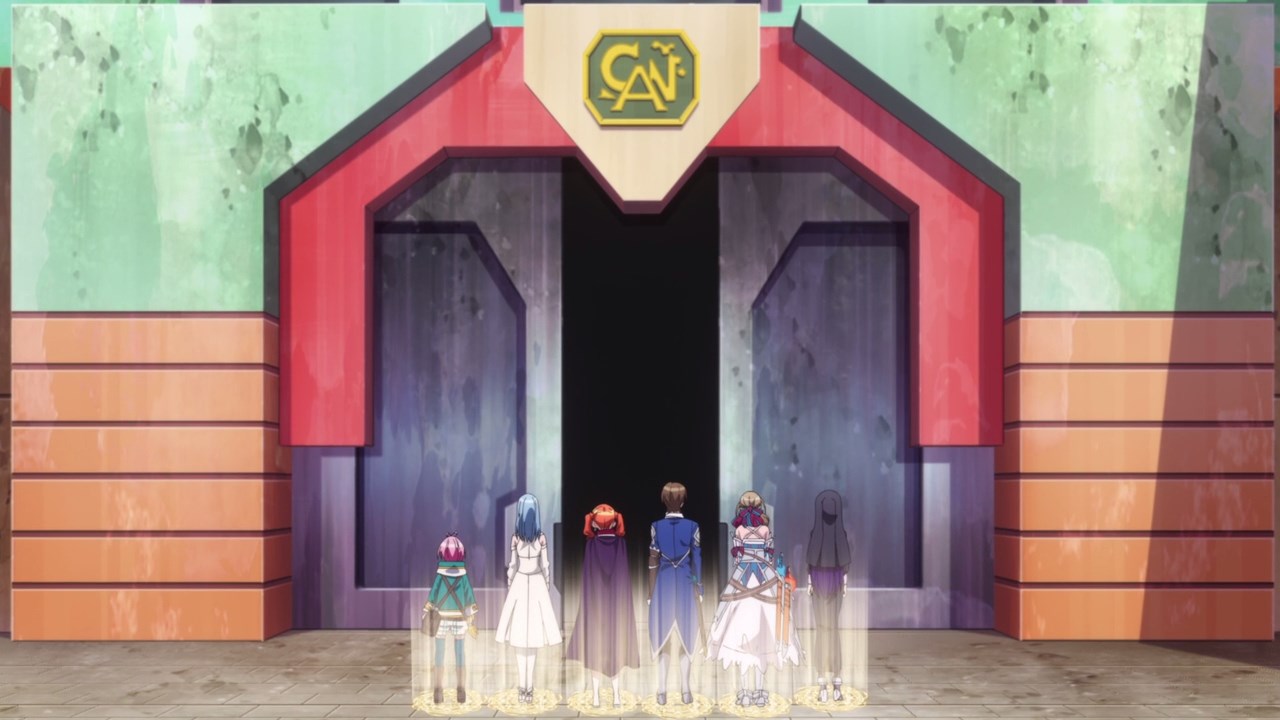 Well then, let’s find out for themselves as they head inside the tower where Masato Oosuki and the rest will be greeted with traps and other nasty things, although Mamako Oosuki will get past them because she’s overpowered.

Oh yeah, and once they reached the top of the tower, they won’t save some princess who got turned into a stone, instead they’ll have the opportunity to make a wish upon reaching it. Speaking of wishes, Masato won’t have his wish granted because Mamako will steal the show anyway! 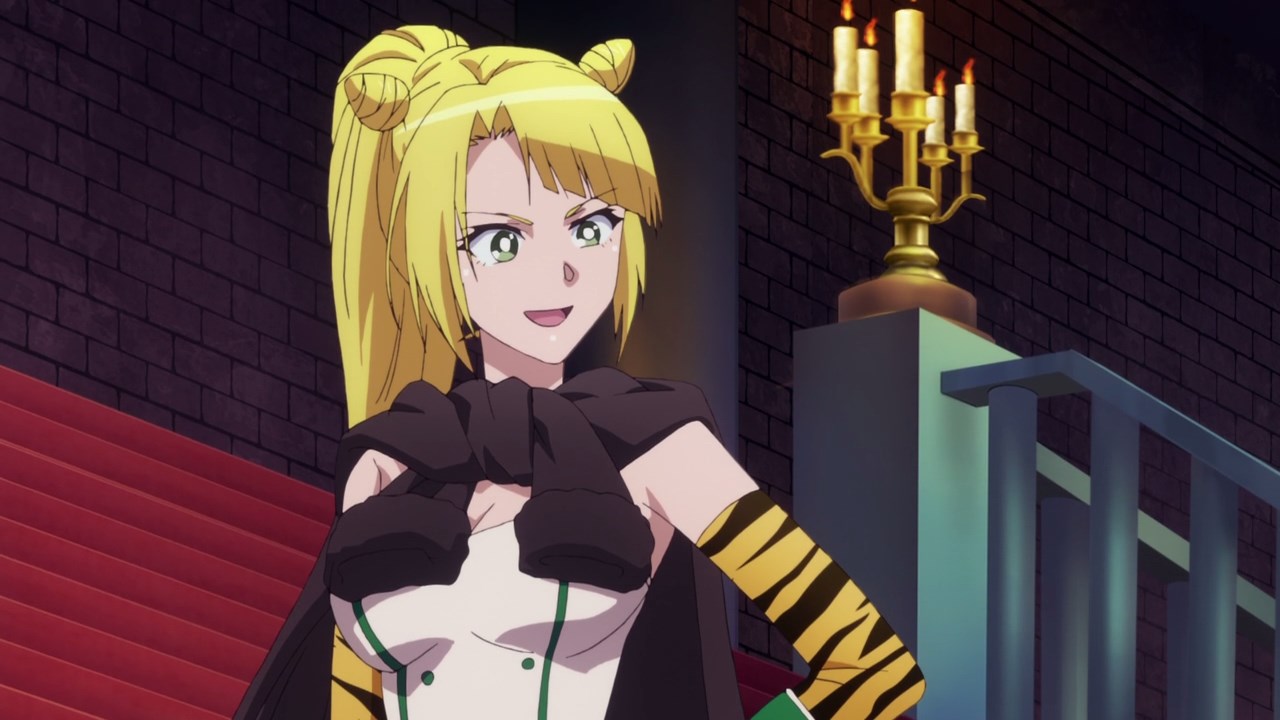 Anyways, they climbed to the tower where Mamako and the rest encountered this girl named Amante, which she’s one of the Four Fiends of the rebel group known as Ribele.

By the way, her group name translates to “rebel” which is bit redundant given that Amante is leading a rebellion against mothers. Oh yeah, and she’s called the Betrayal of Mothers which is quite a pathetic title for Amante. 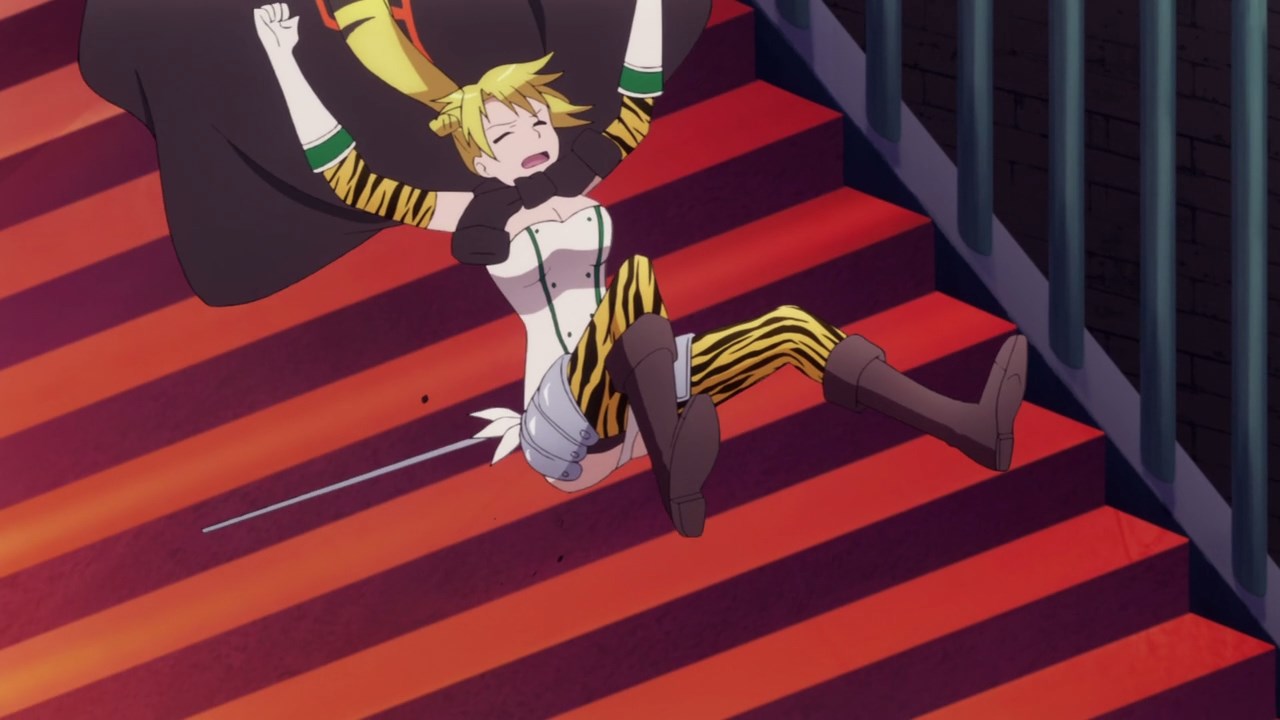 But speaking of Amante, turns out that she’s actually a klutz where she fell down to the stairs, getting her butt sore in the process. 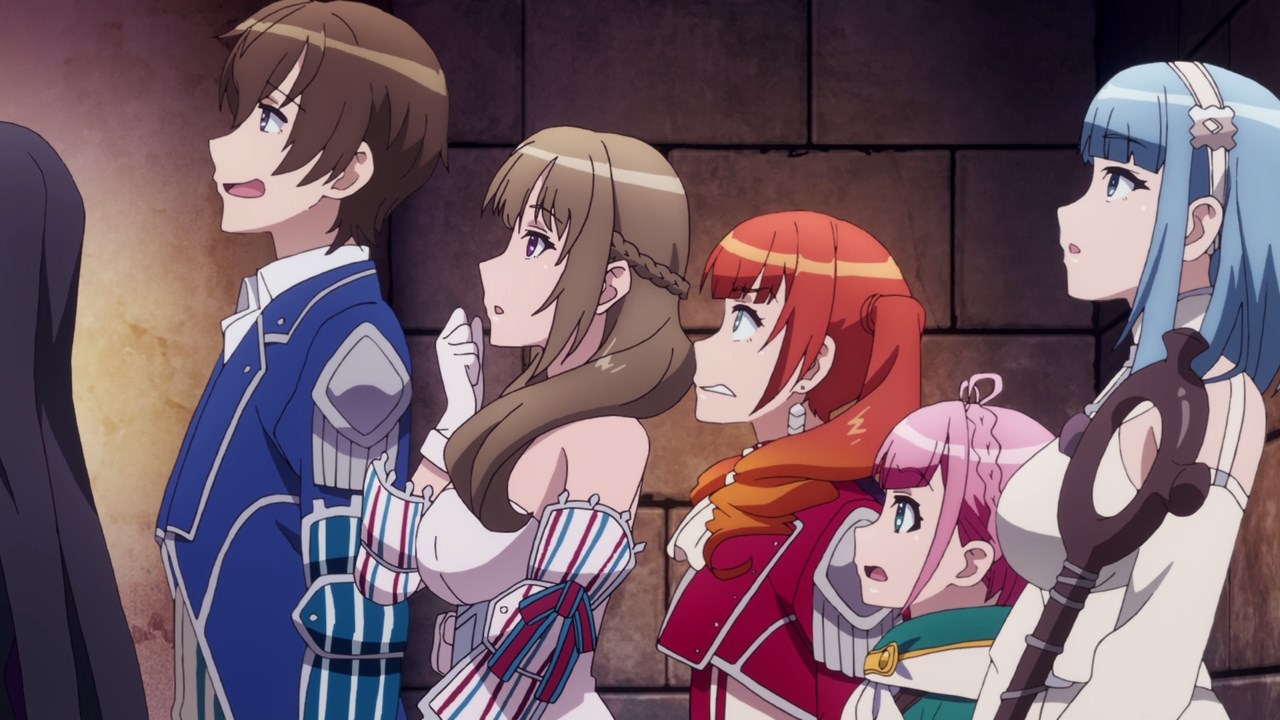 And as for Mamako and the rest, they’re shocked to see someone falling down after boasting like some badass adventurer, although Medhi will laugh at Amante’s mishap. 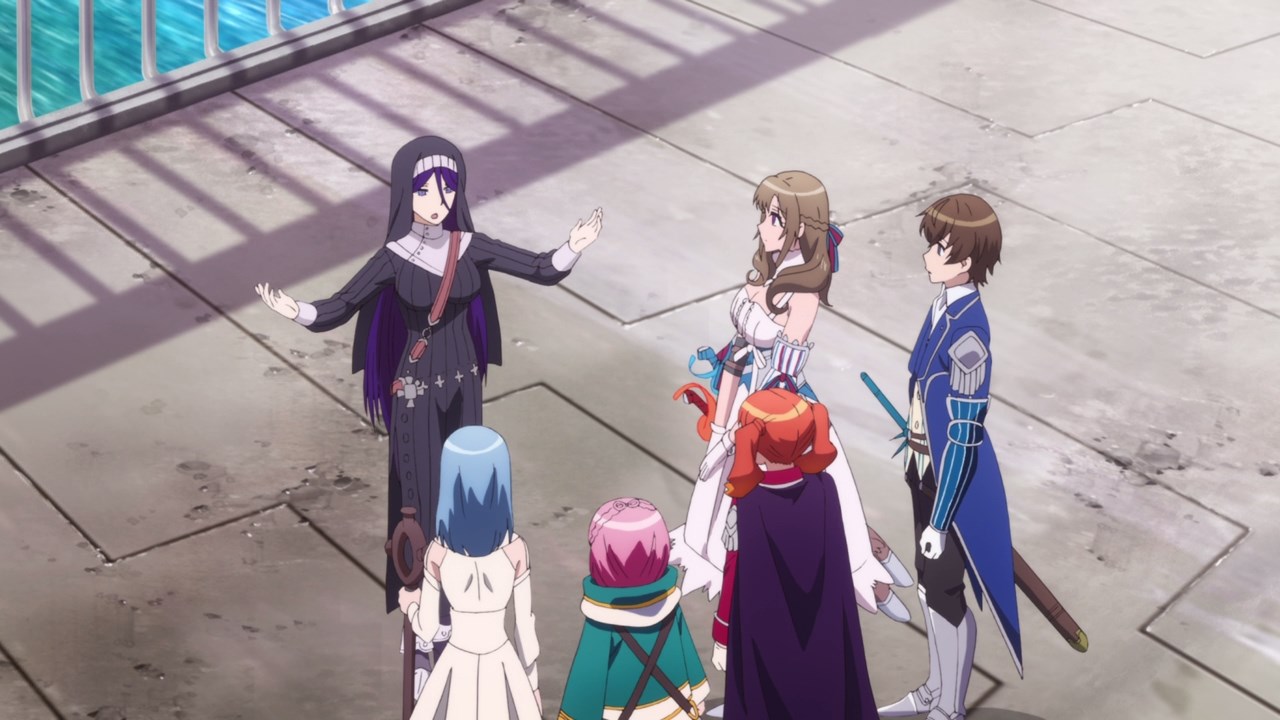 Still, Shirase is alarmed that a group of adventurers have banded together to rebel against their parents, which is bad because Shirase wants this MMORPG to succeed and create an everlasting bond between a mother and her children.

So yeah, looks like it’s up to Mamako Oosuki and her party to solve this problem, although Shirase recommends to recruit more members in order to quell the rebels. So, Shirase suggested to make a guild. 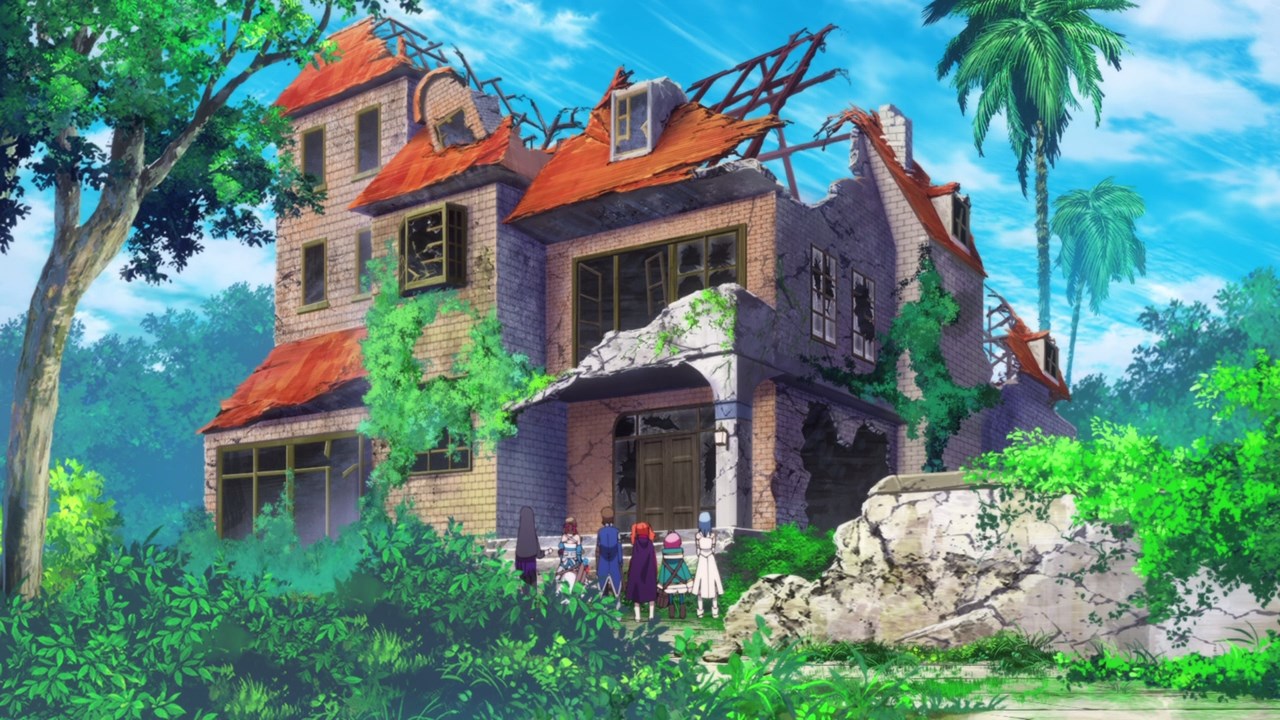 But first, they need a place to stay instead of going to hotels most of the time. Hence, Shirase informs them about a house that can be used as their guild base.

Then again, this house needs some major renovation since it’s rundown and it’s close to being demolished. 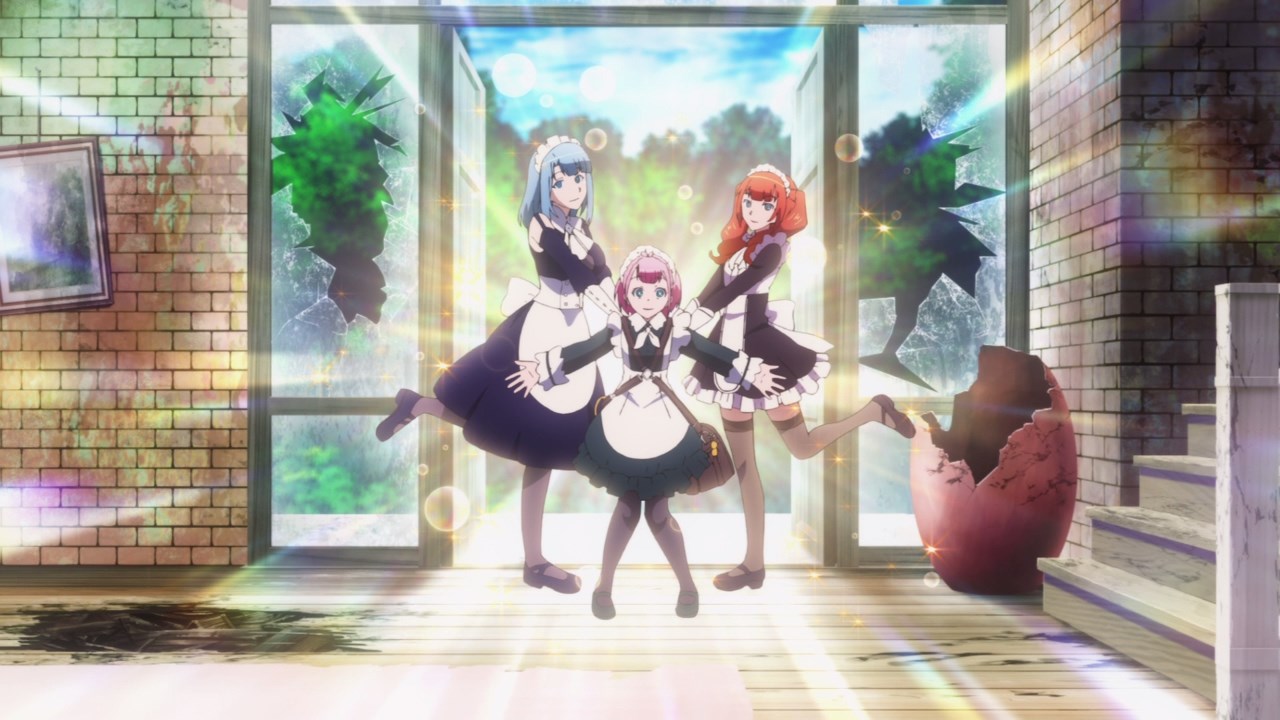 Luckily, Porter and the rest have decided to wear maid uniform as they’ll clean this place up! 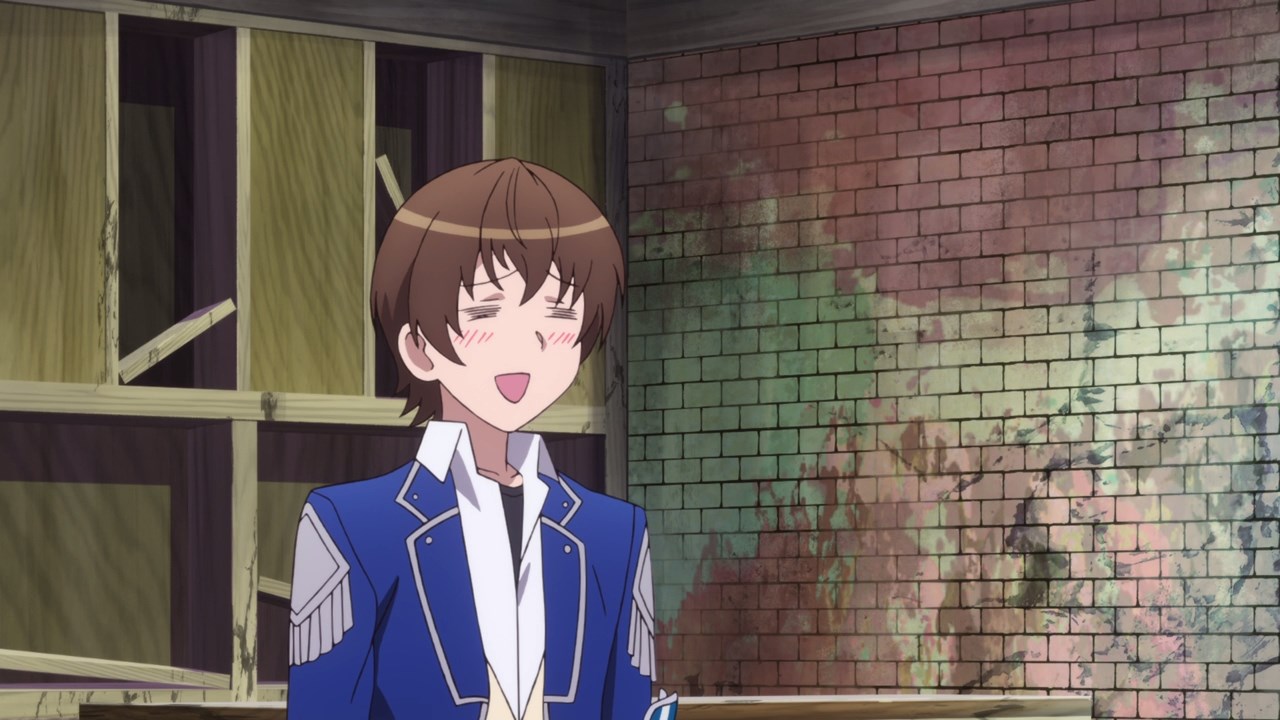 For Masako Oosuki, he felt a sense of bliss upon seeing them as maids.

Sadly, everything will be swept under the rug once Mamako wears a maid uniform, which he doesn’t want to see that! 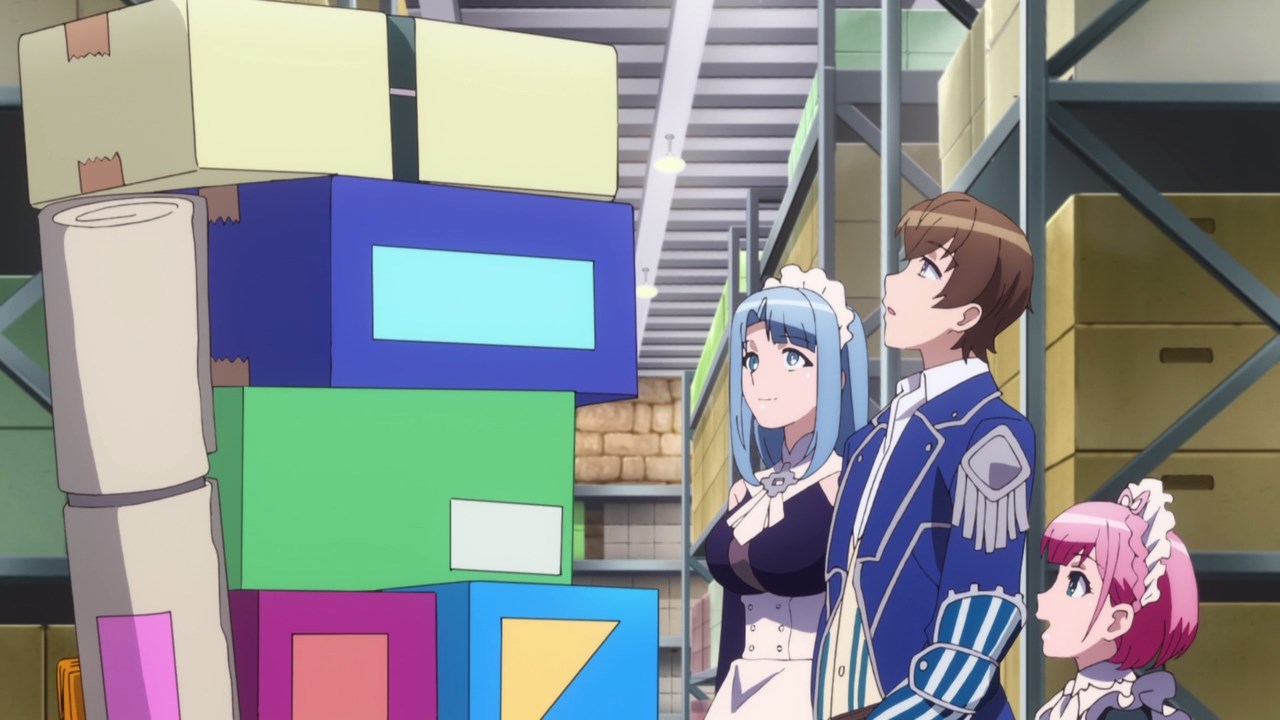 For the time being, they need some materials in order to renovate their guild base.

Luckily, there’s a hardware store nearby, which is neat since they don’t have to chop some trees nor lift boulders in order to fix their house. 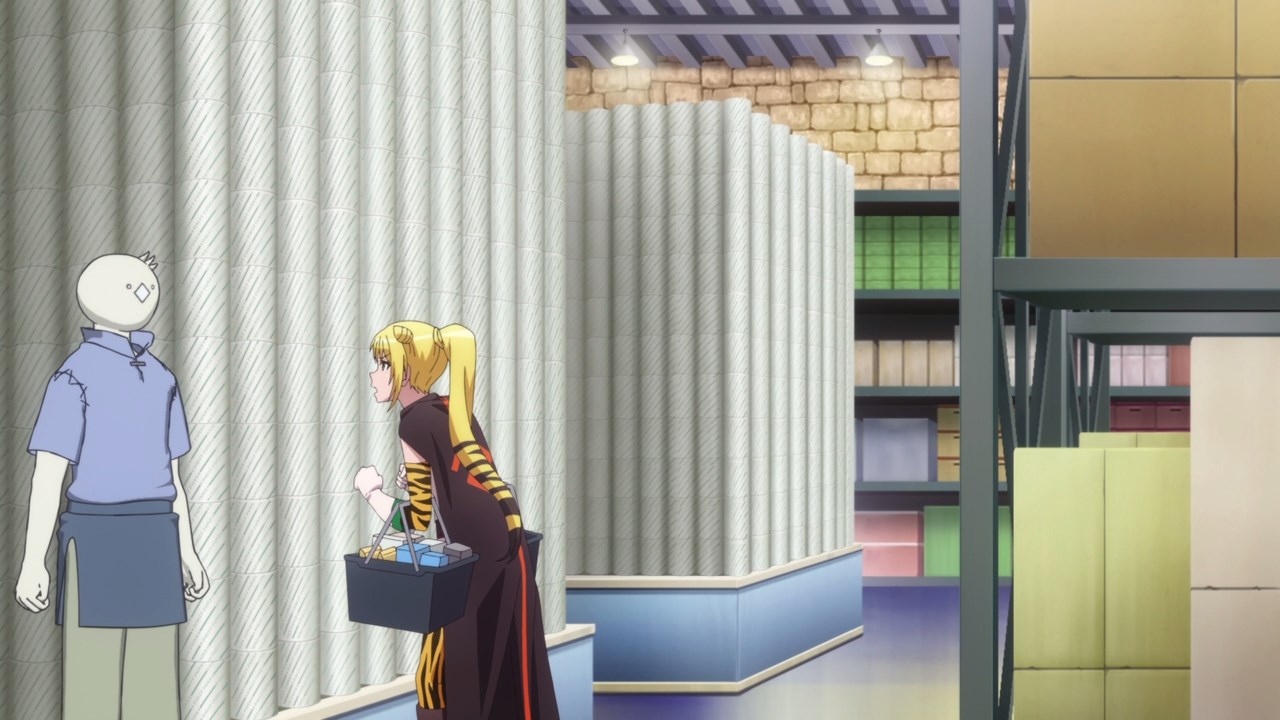 On the other hand, here’s Amante where she’s buying stuff like soap and toothpaste.

Well, I’m surprised that Ribele are acting like civilized children as they buy food and other amenities instead of stealing them. I mean, they’re rebels so they should do bad things, not lining up to a counter and pay up. 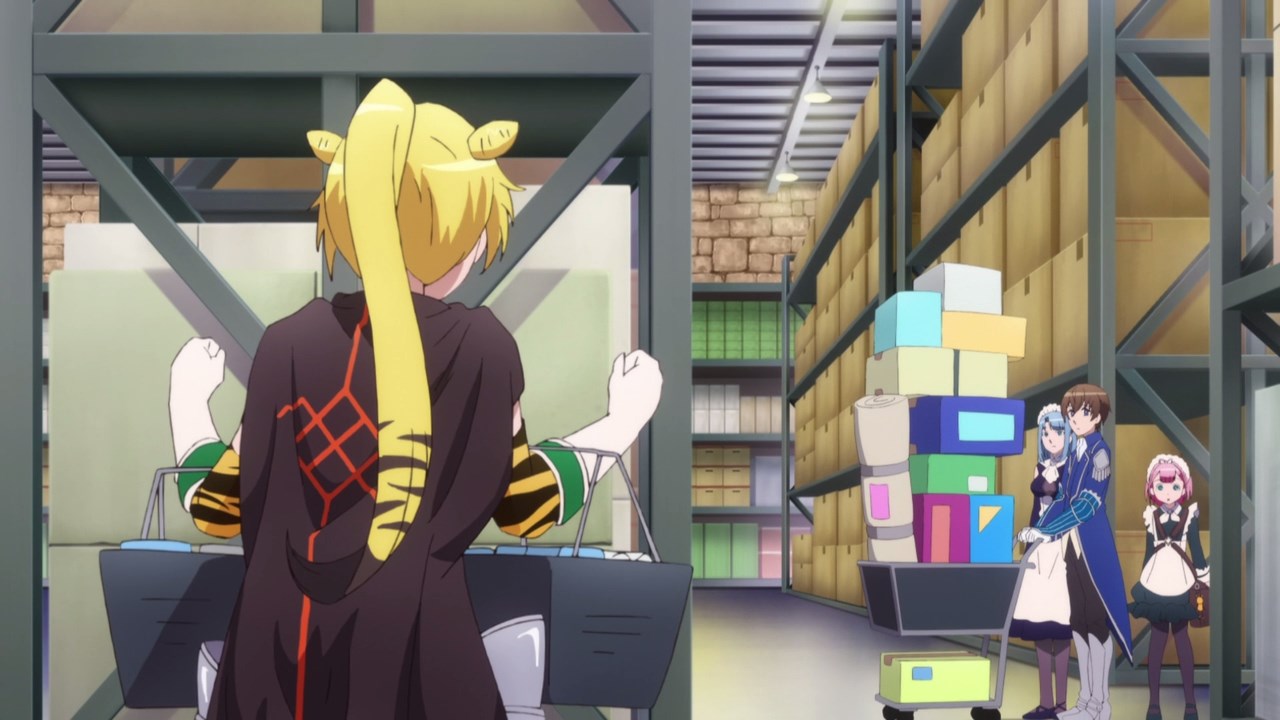 Anyways, Amante saw Masato Oosuki and his friends as she told them that Ribele sent an assassin to kill Mamako Oosuki. 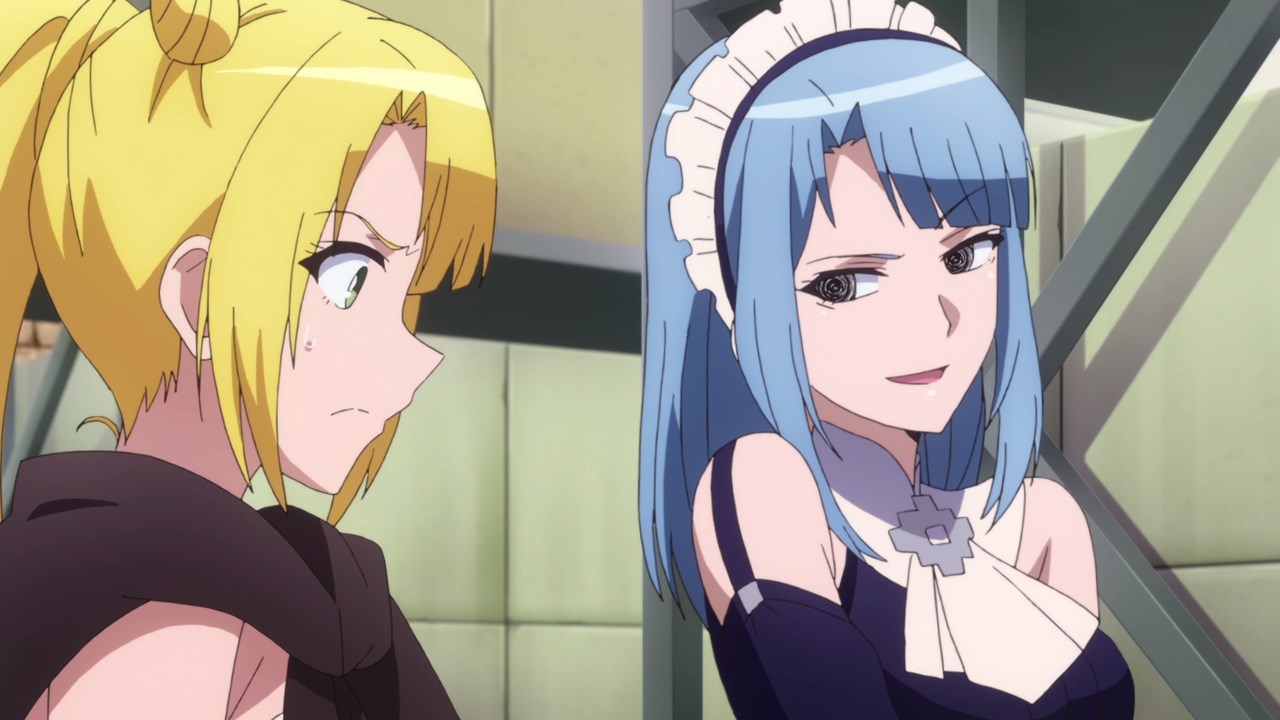 However, Medhi decides to act like a bitch towards Amante where she mocks about her mishap at the tower dungeon. C’mon, we don’t forget the time Amante tripped and got her ass sore! 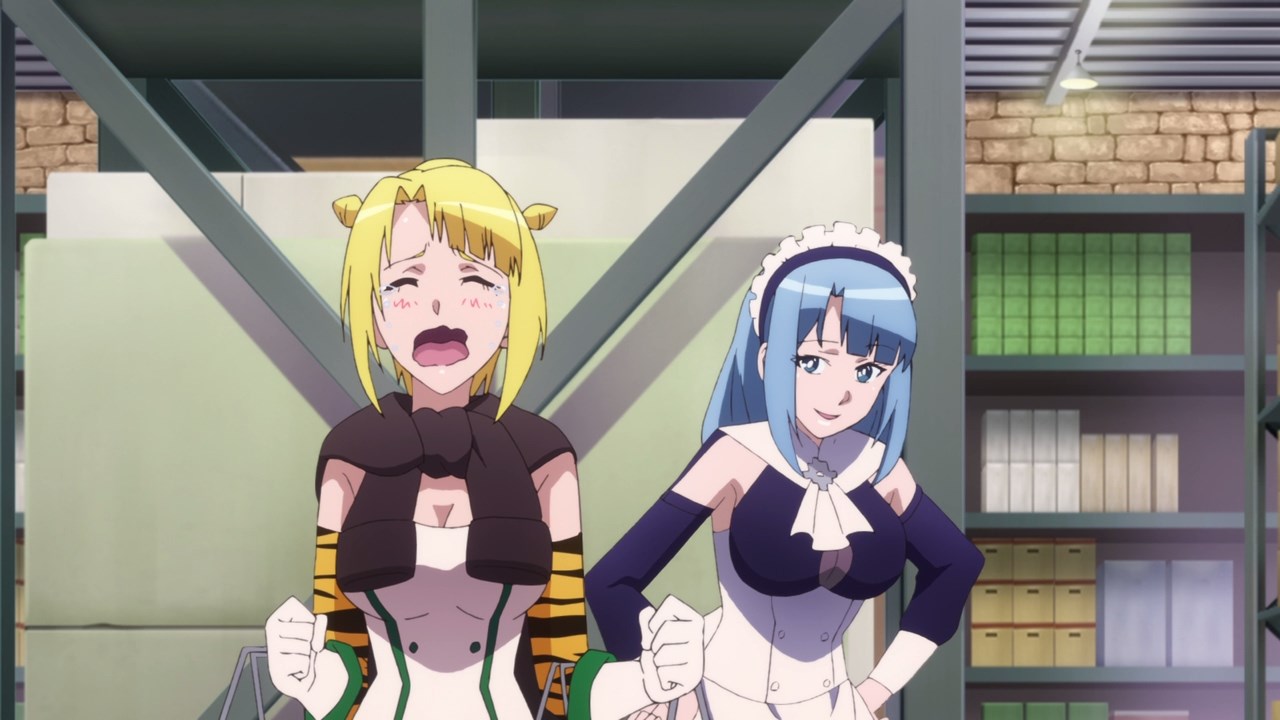 So yeah, Amante cries as Medhi puts more salt on her wound. Geez Medhi, you’ve already broke her heart with your harsh words!

Oh and as for the assassin that Ribele sent to kill Mamako? There’s no way it could work because Mamako Oosuki is one overpowered mother! 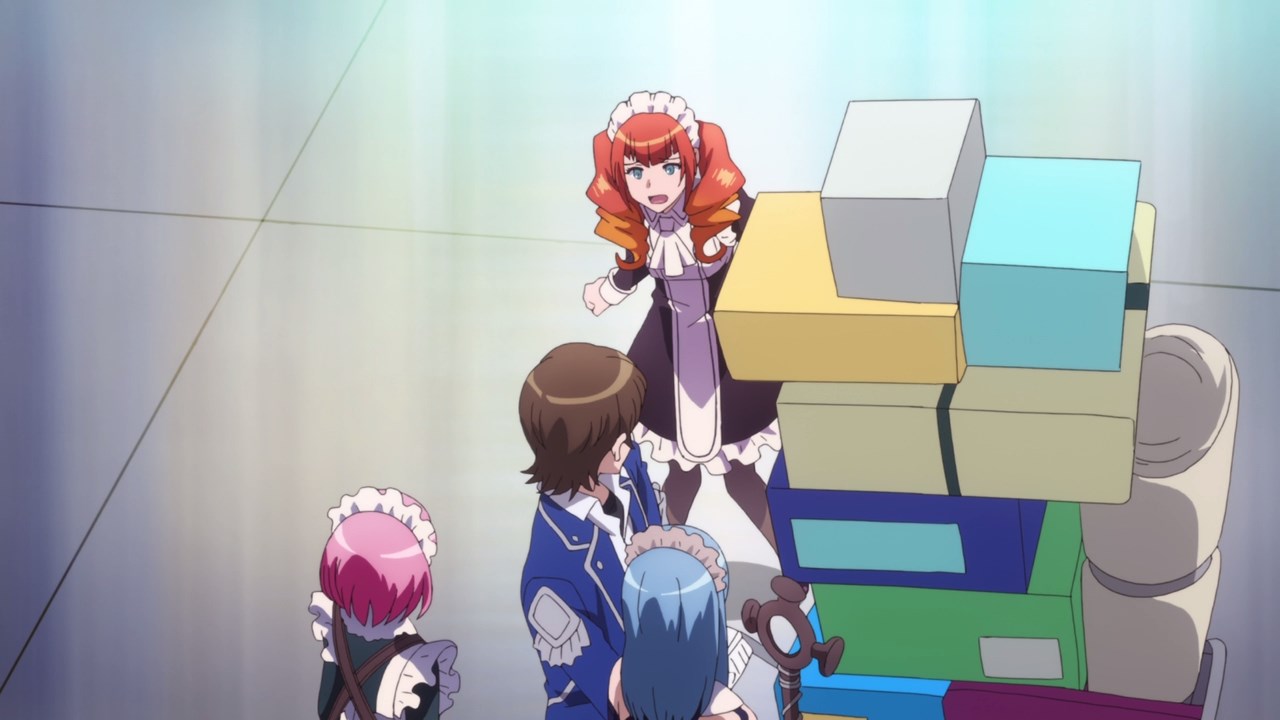 But then again, there’s Wise where she told everyone that Mamako Oosuki is in danger. Really Wise, I hope that you’re not crying wolf once they got back to the guild base! 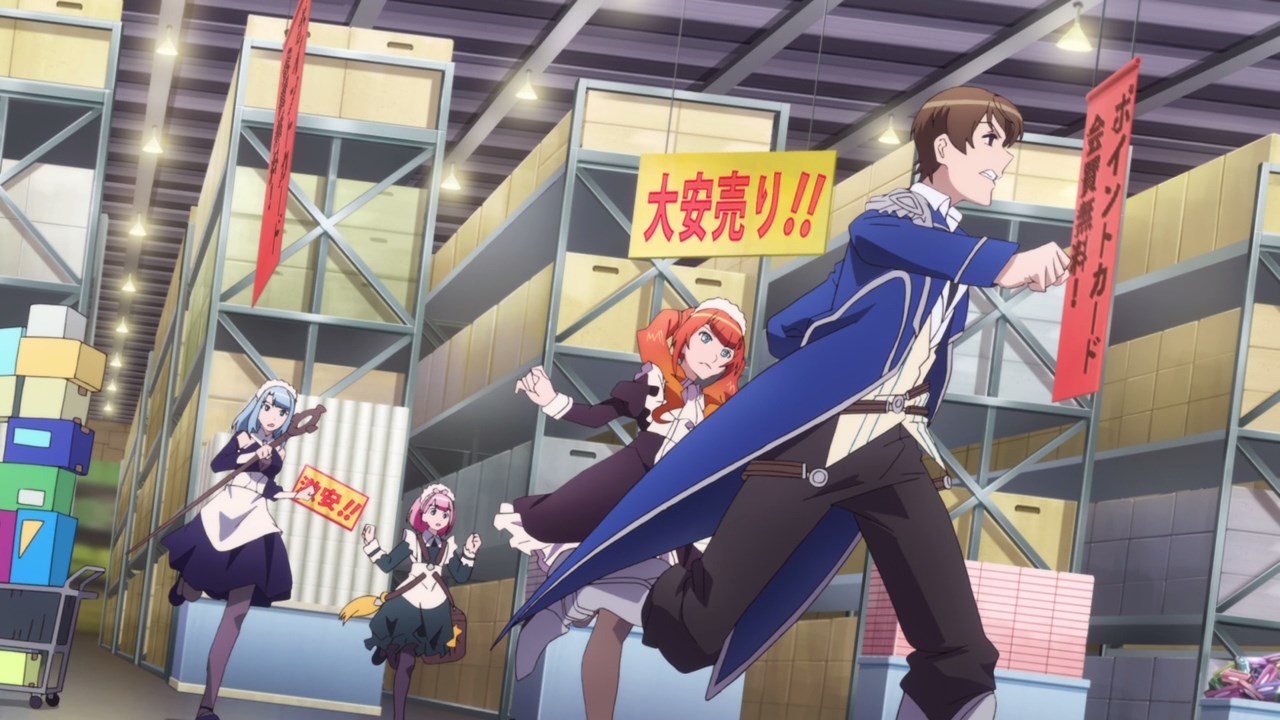 Still, let’s hope that Mamako is okay because there’s no way she could be beaten by some random assassin. Anyways, tune in next time to find out!