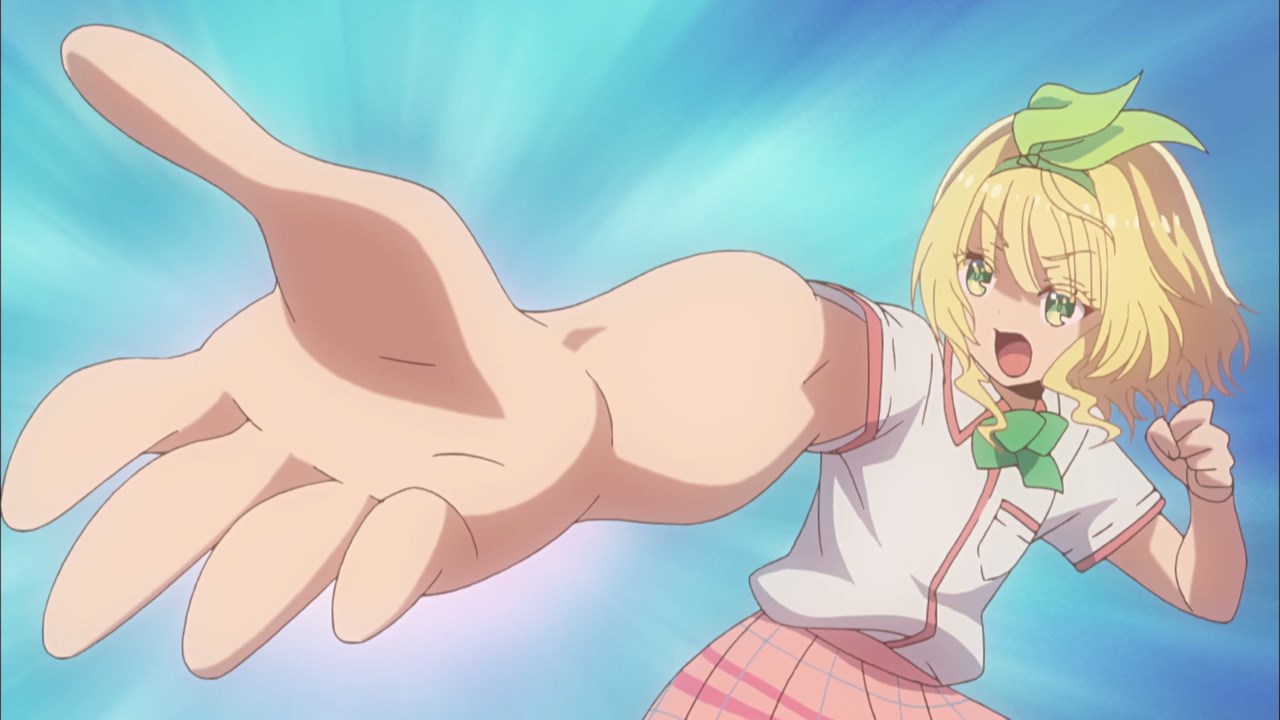 Well everyone, I’m sure you know what happened last episode as Keiki Kiryu will do something embarrassing… 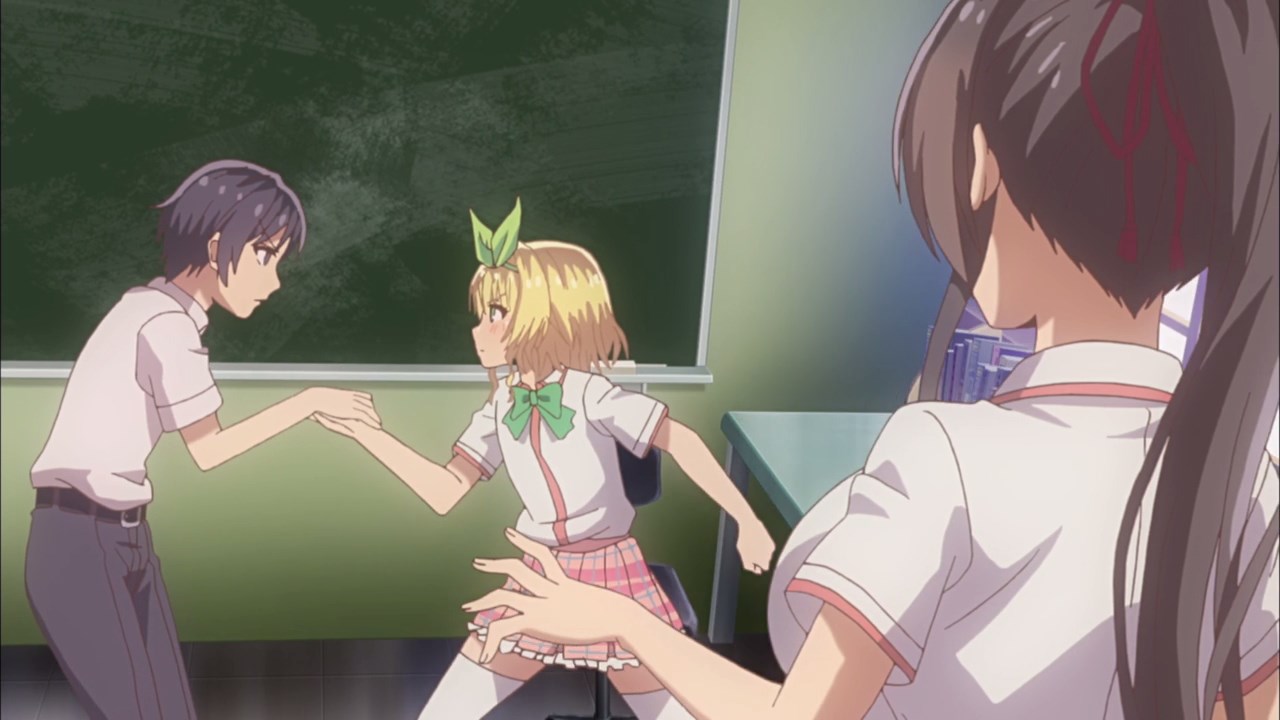 …like becoming a slave to Yuika Koga where she orders Keiki-sempai to do a handshake. Man, I feel bad towards Kiryu for being a dog to Yuika-chan! 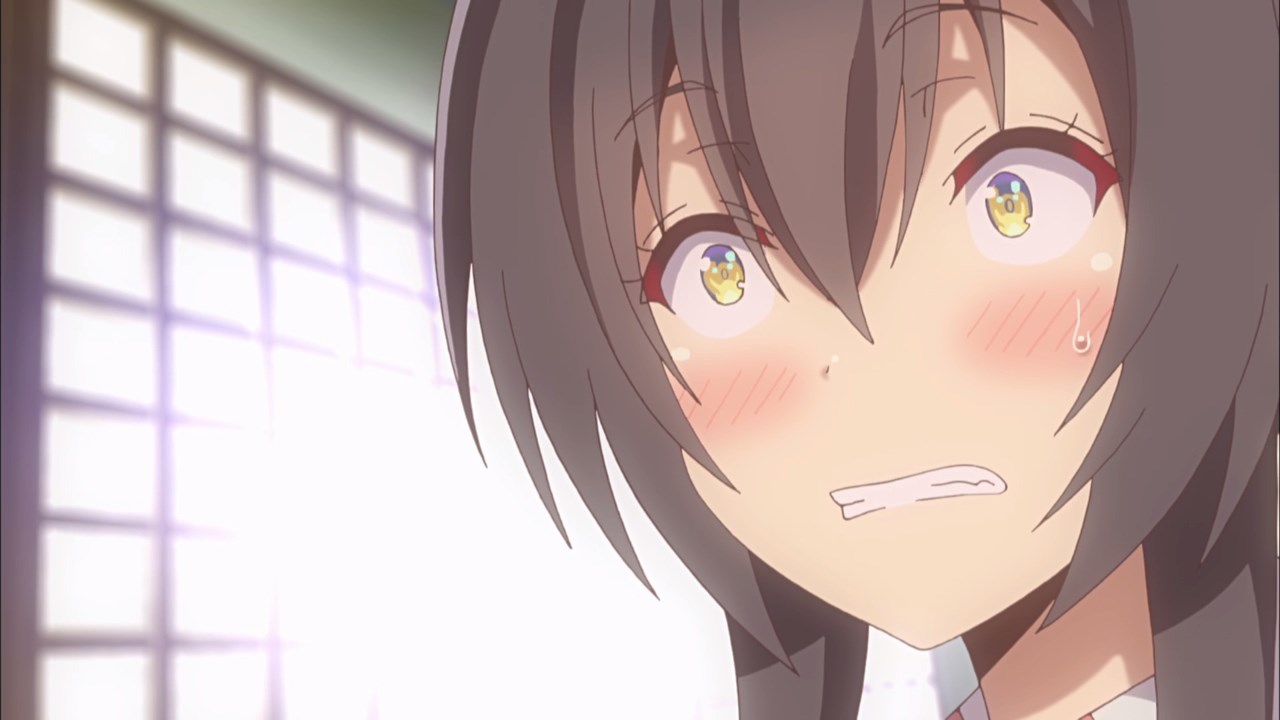 Oh, and she’s doing it in front of her arch-nemesis Sayuki Tokihara. Yeah, she wants to be Keiki’s pet dog, but Yuika-chan won’t let Sayuki-sempai do it because of her large tits! 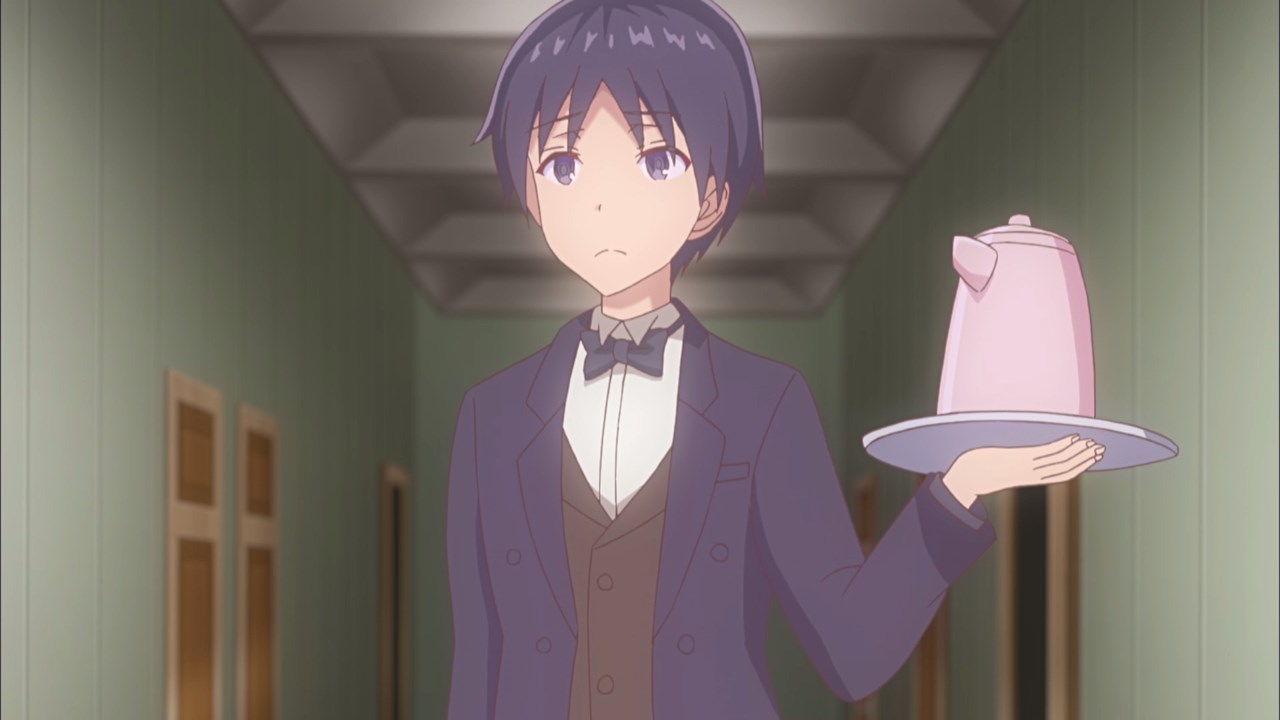 Anyways, let’s continue Keiki Kiryu’s punishment as he’s dressed-up as a butler. Oh, and it’s tailor-made because Yuika Koga wants Keiki-sempai to serve her for eternity. 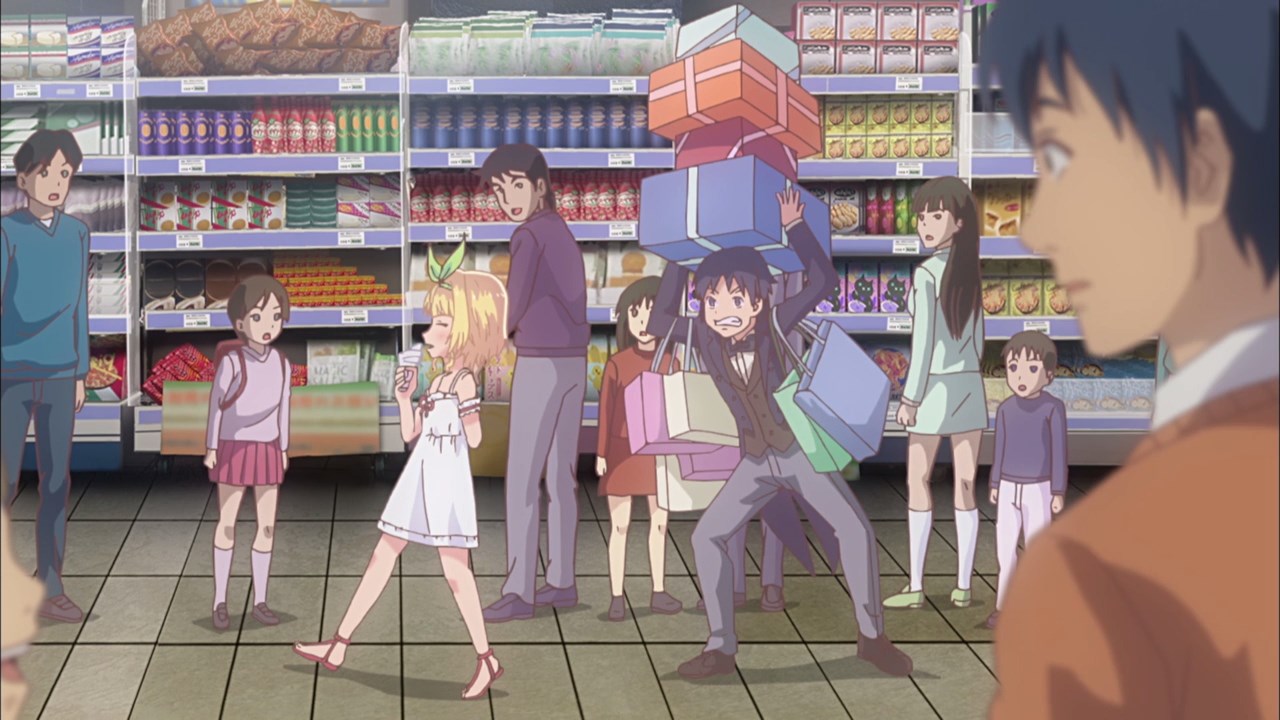 By the way, I forgot to tell you that she’s actually rich where Yuika-chan is on a shopping spree. Let’s hope that Keiki-kun won’t hurt his back upon carrying those purchased items. 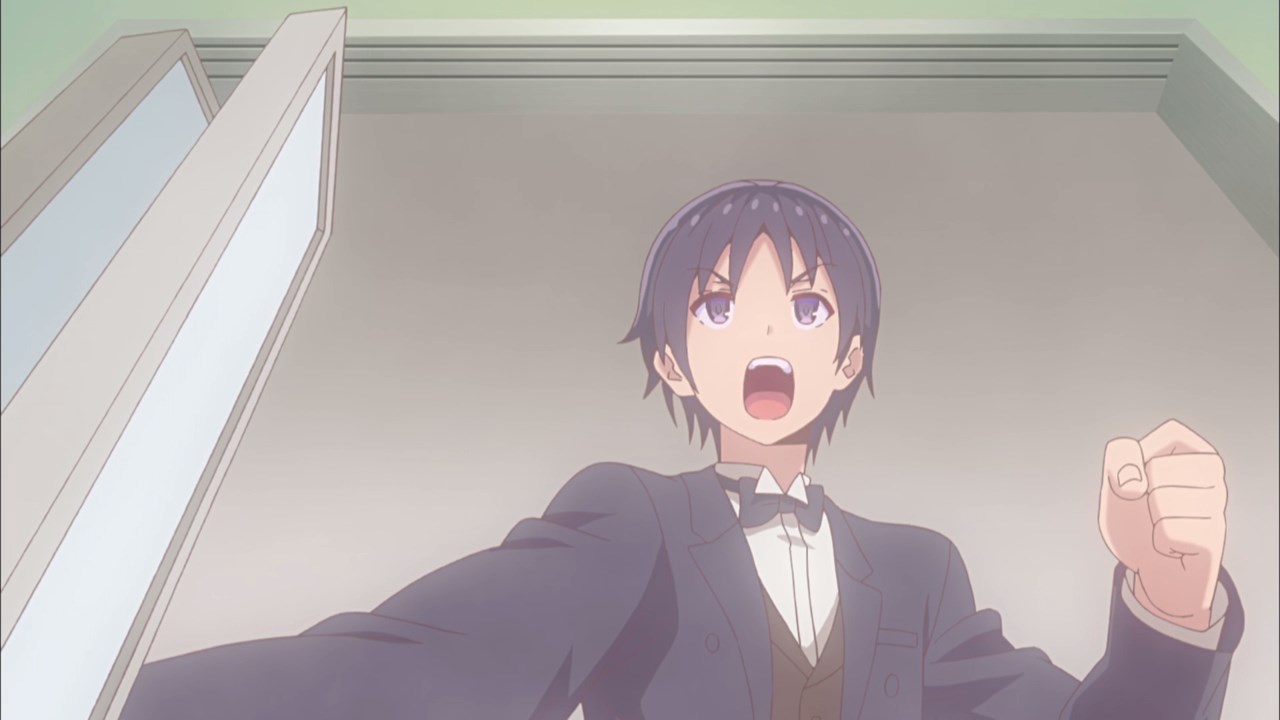 Also, Keiki-kun must deal with bugs and other creepy crawlies that haunts Yuika-chan…

But there are exceptions though where Kiryu can’t stumble upon a naked Koga or she might unleash her wrath towards her slave. 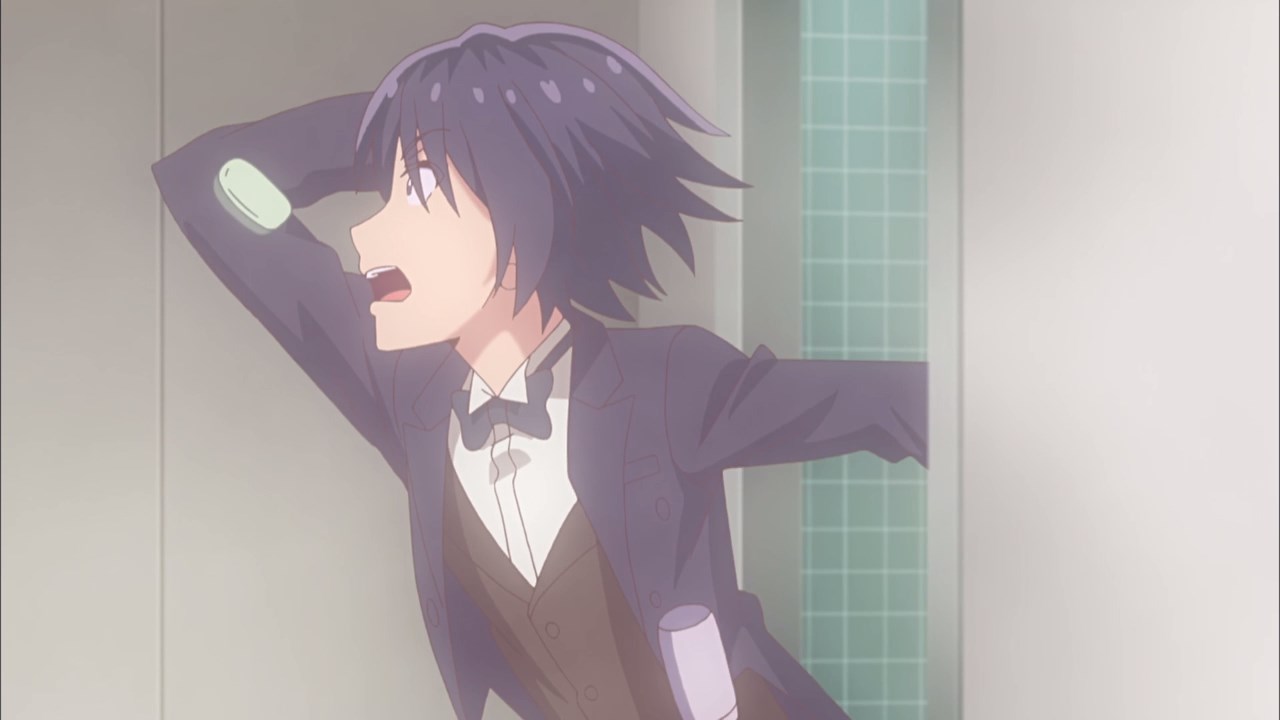 So yeah, Keiki should have knock the door first before exterminating a spider or a centipede. Then again, he might get sick upon being bitten by a bug. 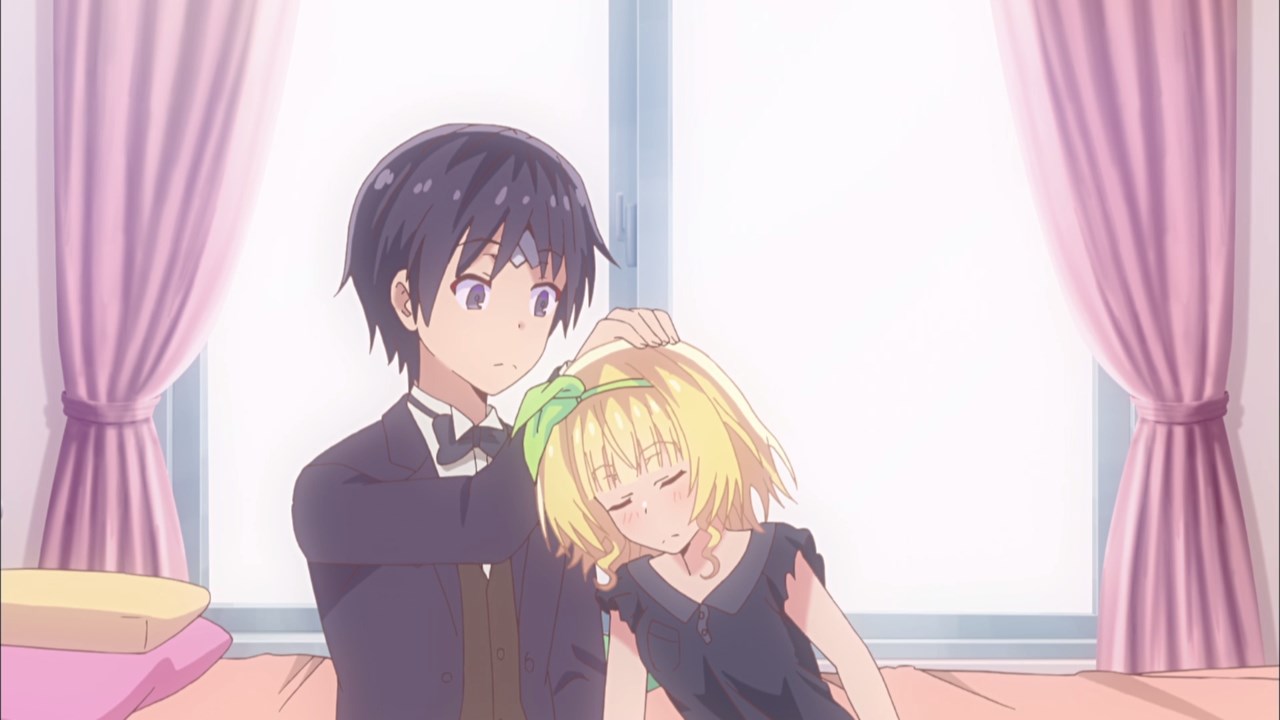 In any case, I feel that Keiki has no other choice but to commit himself in servitute with Yuika-chan as he pats her head. 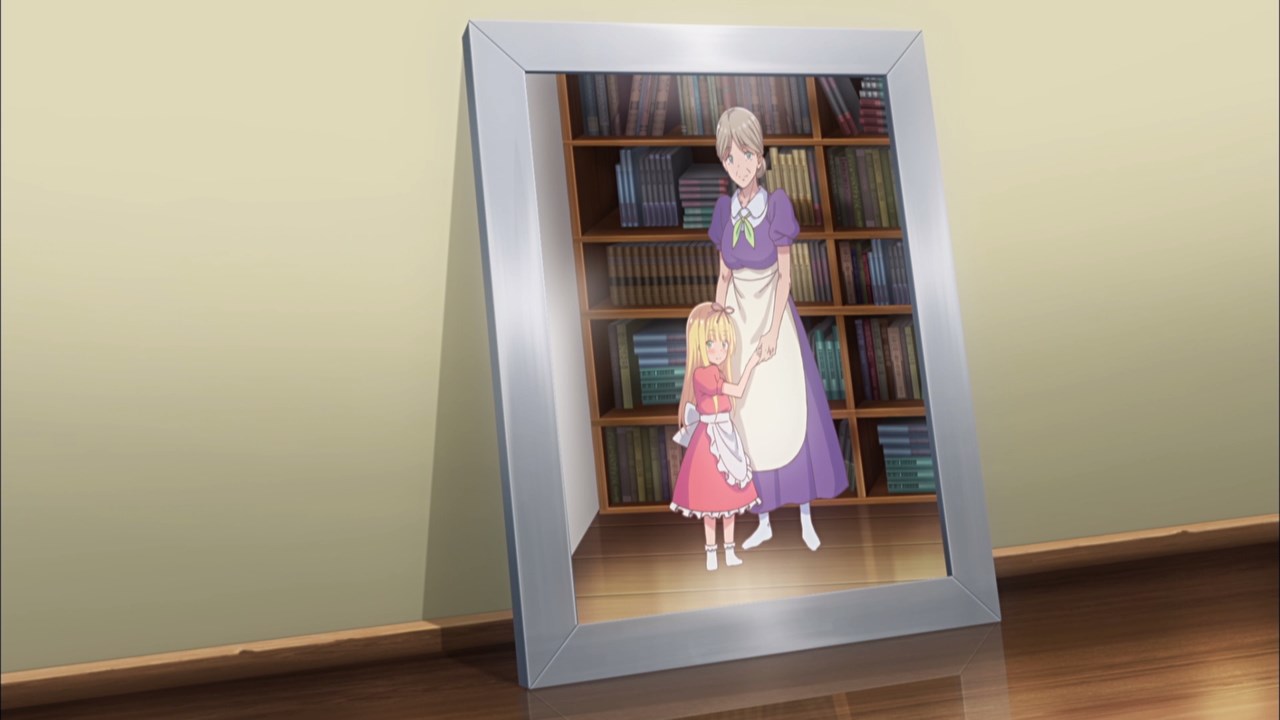 By the way, Yuika Koga has a grandmother in which she has fond memories of it.

Sadly, Yuika’s grandmother died before the start of this show, which is sad because Yuika Koga is pretty much lonely. Hence, Yuika wants Keiki-sempai as her slave!

On the other hand, Keiki-kun noticed something underneath Yuika’s pillow. Wait, could it be that she’s hiding that underwear? 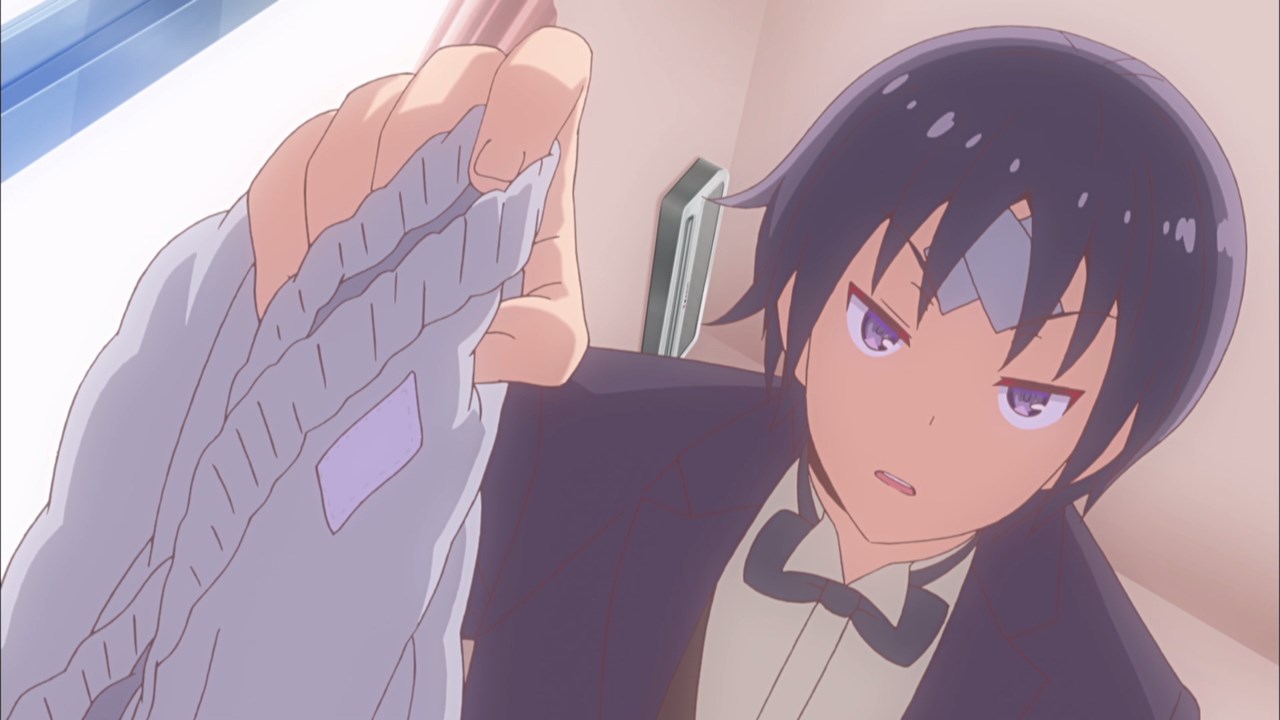 Oh, turns out that it’s actually Keiki’s boxers. But seriously though, why would Yuika Koga want to get her hands on his underwear? Does she has a smell fetish like Ayano Fujimoto? 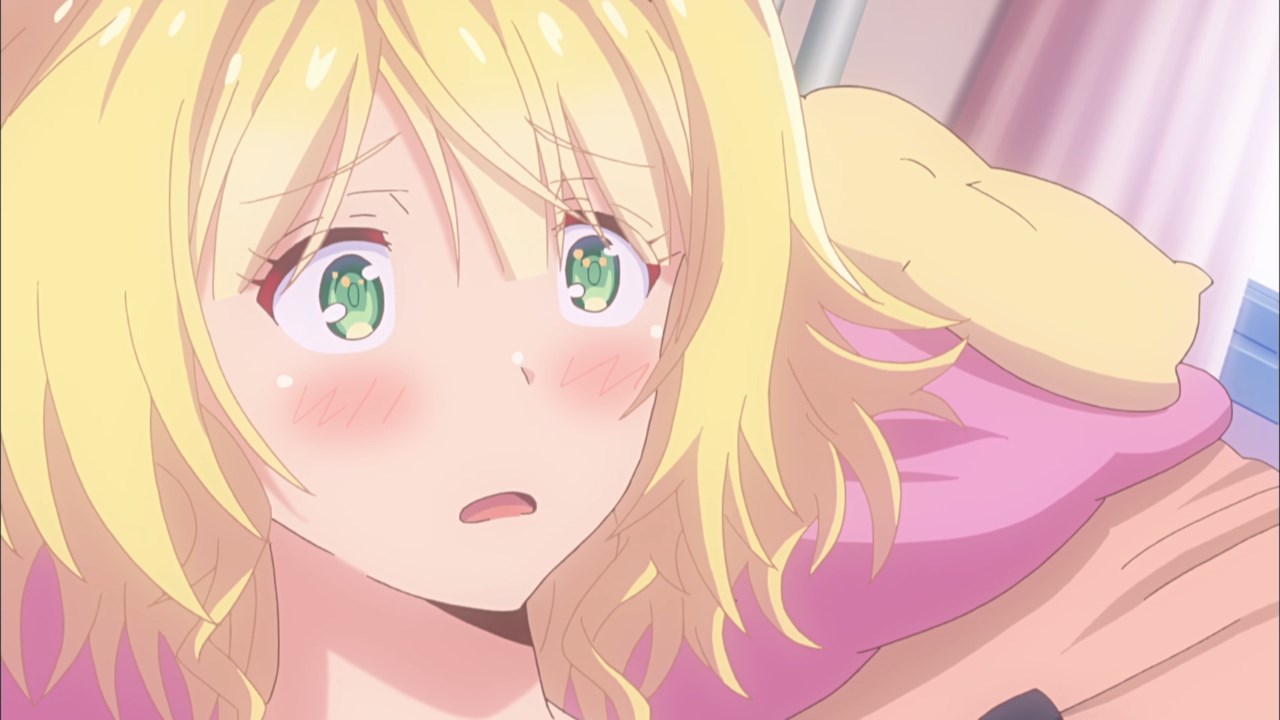 But as for Yuika Koga, she’s stunned that she can’t even answer Keiki’s burning question on why she stole his boxers.

Welp, there goes Yuika’s plans to make Keiki-kun as her permanent slave. But hey, he’s finally free as he doesn’t need to serve Yuika-chan for the rest of his life! 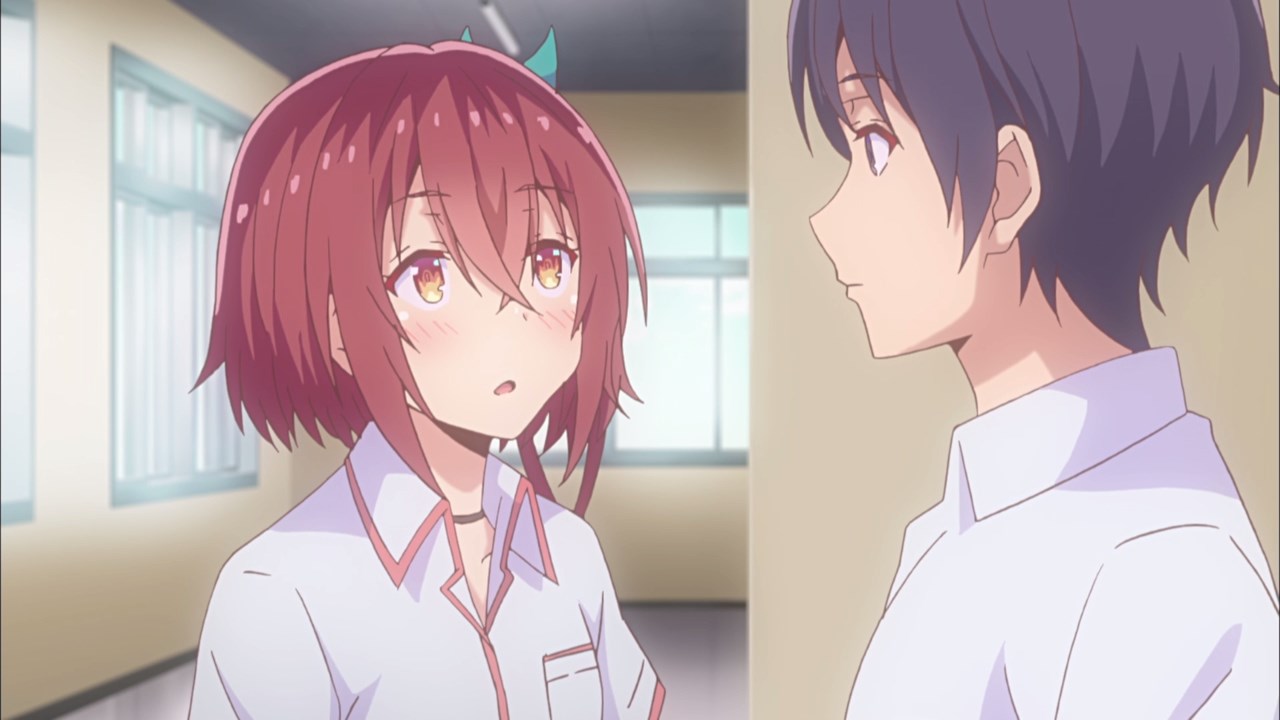 Anyways, seems that both Sayuki Tokihara and Yuika Koga are no longer prime suspects in regards to the Cinderella panties. Of course, there are a few remaining suspects that Keiki needs to check it out.

One such girl is Mao Nanjou where she asked Keiki Kiryu out as a boyfriend. Wait Mao-chan, are you suppose to ship him with Shoma Akiyama like you normally do? And why are you dating Keiki-kun all of a suddden? 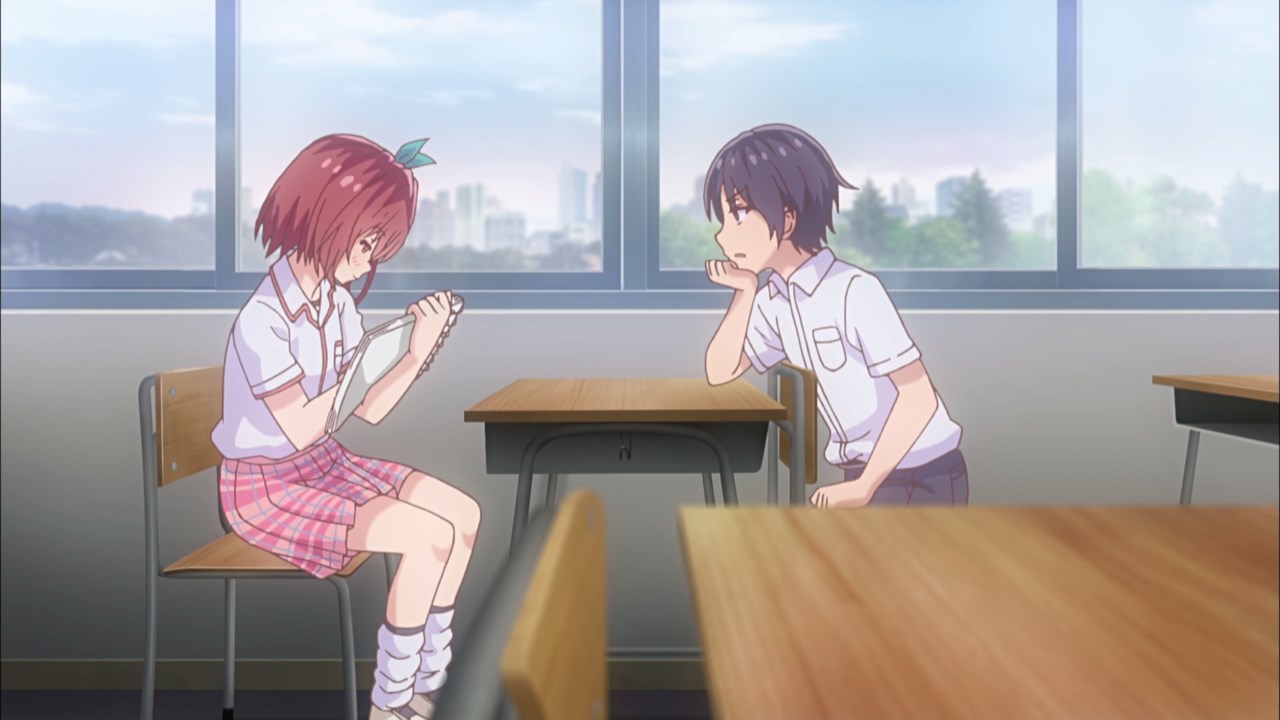 Oh, Mao wants Keiki to be a model as she’s drawing a shoujo manga. Wait a second, shoujo manga as in a hetero romance story?

Okay, turns out that Mao Nanjou is being scouted by a editor and asked her to make a one-shot manga on their magazine. If successful, Mao’s shoujo manga might become popular and lead to her successful career as a mangaka. Then again, Nanjou will make yaoi manga because it’s in her blood! 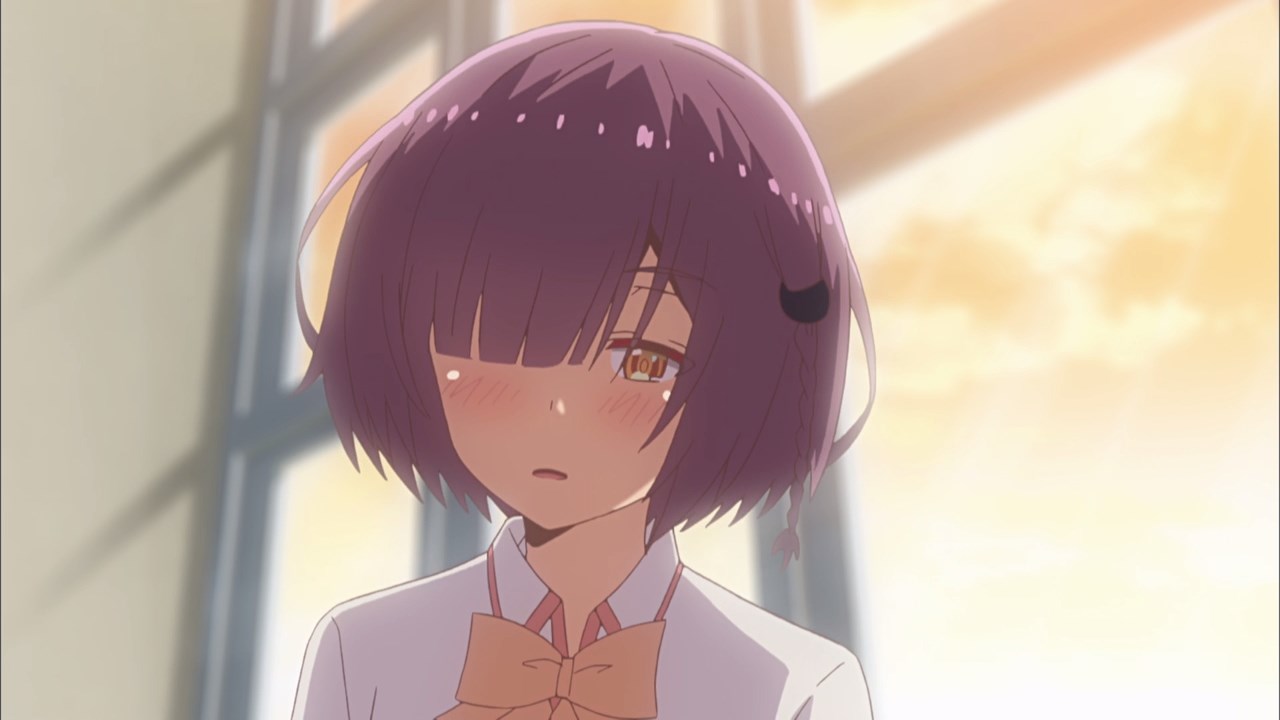 Also, here’s Ayano Fujimoto where she doesn’t steal underwear unlike Sayuki-sempai and Yuika-chan. C’mon, Fujimoto is busy with her student council duties. 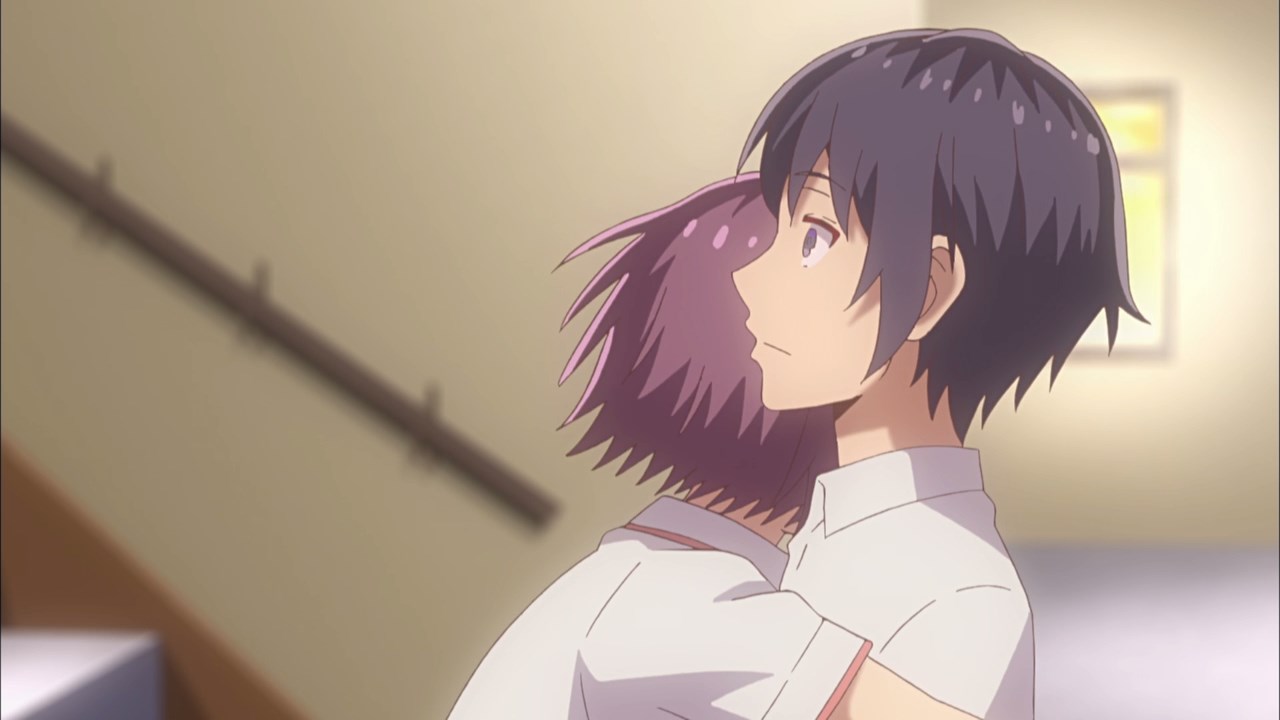 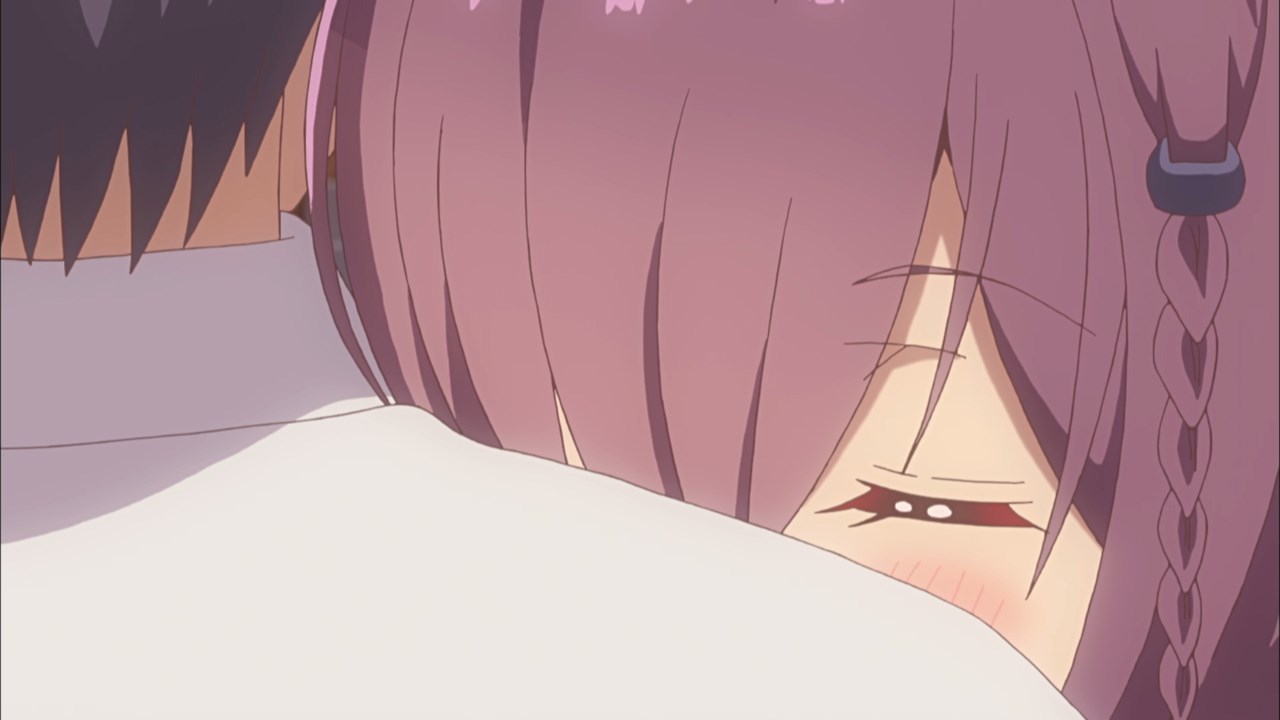 However, Fujimoto still wants to smell Kiryu because she’s still addicted to it. Um Ayano-san, it would be nice if you do that in private? 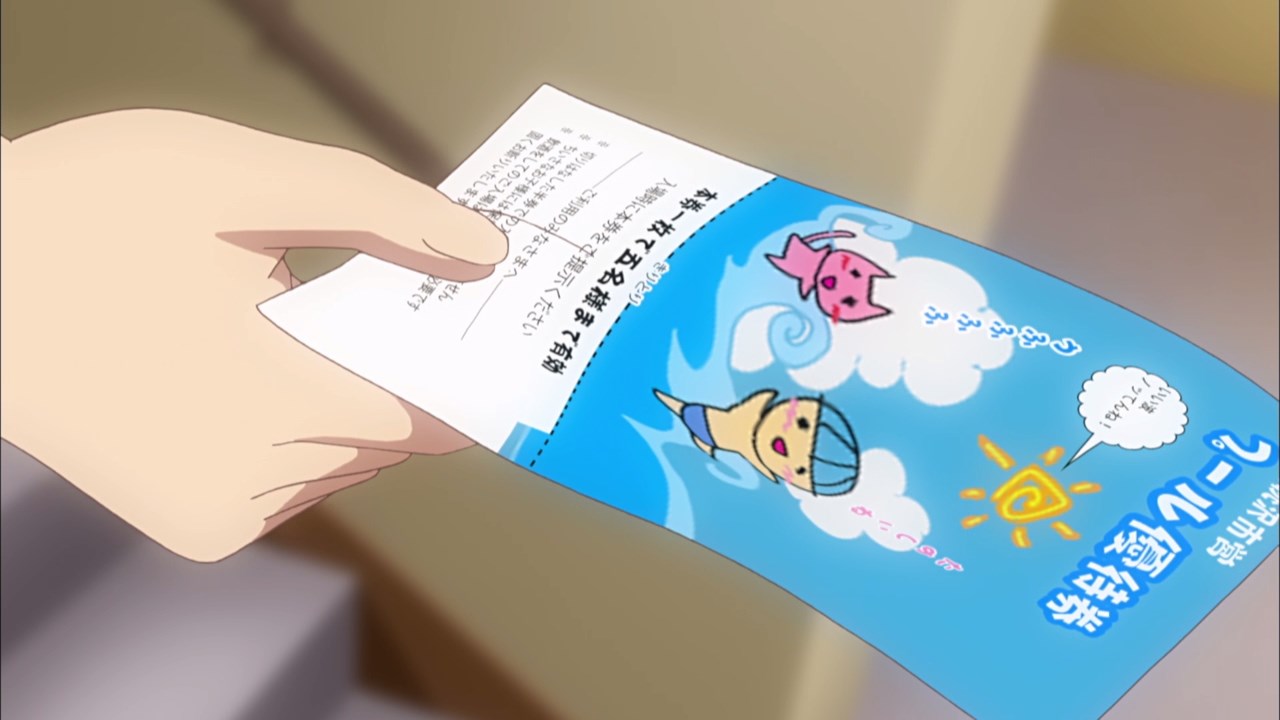 On the other hand, Ayano Fujimoto gave some tickets to a swimming pool as a token of gratitude… for Keiki’s smell that is because she felt rechaged when sniffing at his body odor. 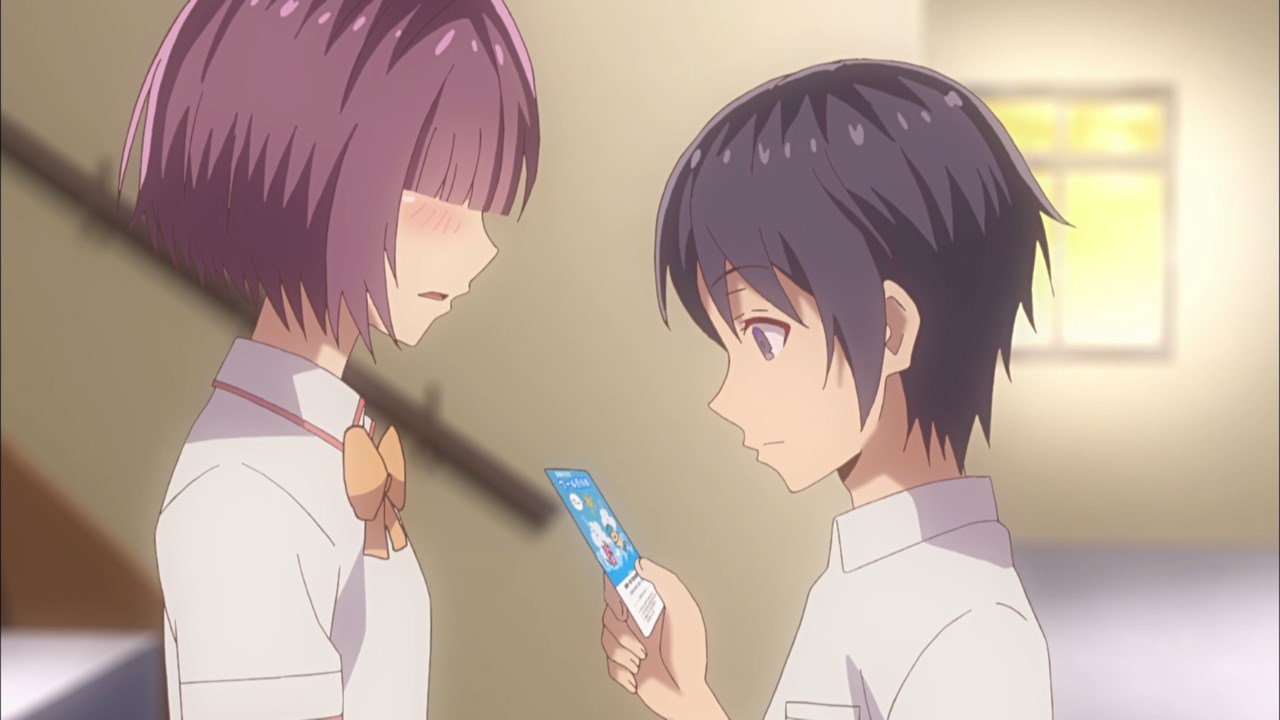 Of course, Ayano told Keiki-kun to find some other people to join him as she’s still busy as a vice-president. Not to mention that her nose is sensitive that Fujimoto might faint upon sniffing the outrageous odor of various naked men around the pool.

Man, it’s unfortunate that Ayano Fujimoto won’t go to the pool. Oh yeah, and let’s just say that she’s not the one who left those panties at the club room. 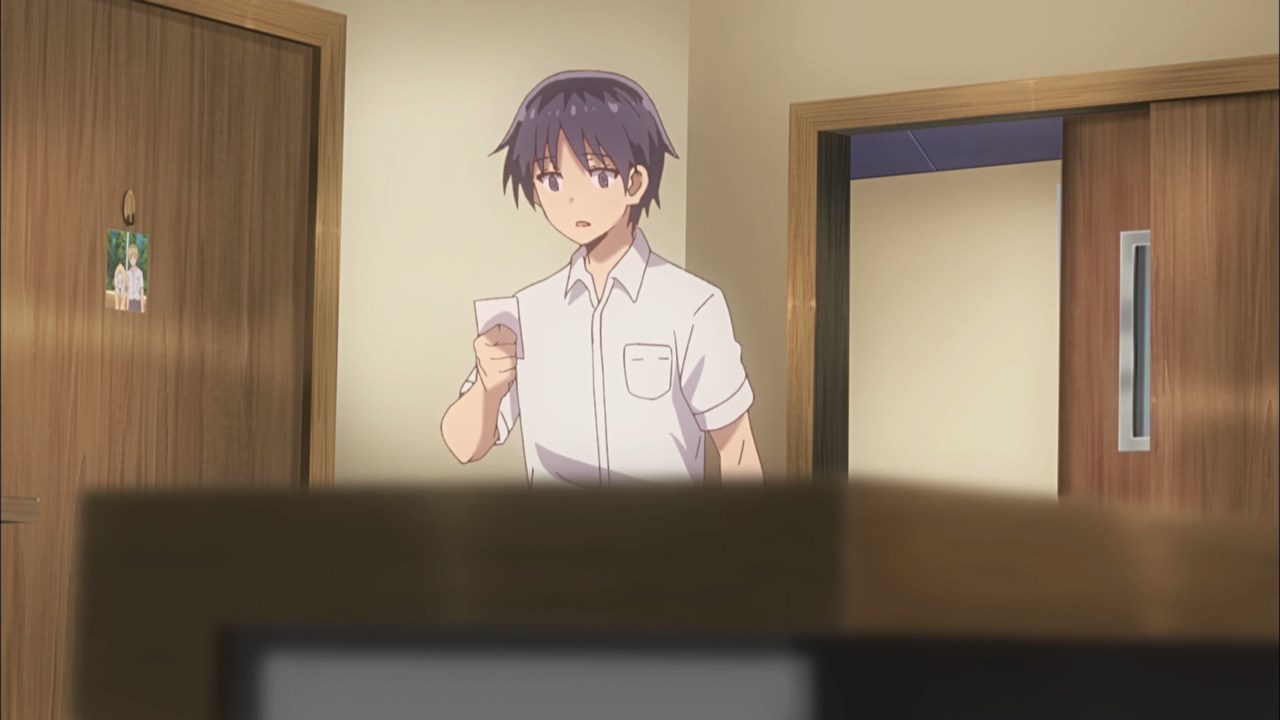 Now then, time for Keiki Kiryu to invite some of his friends at the pool. I mean, it would be awkward if Keiki goes alone so he’ll invite both Koharu Otori and Shoma Akiyama. 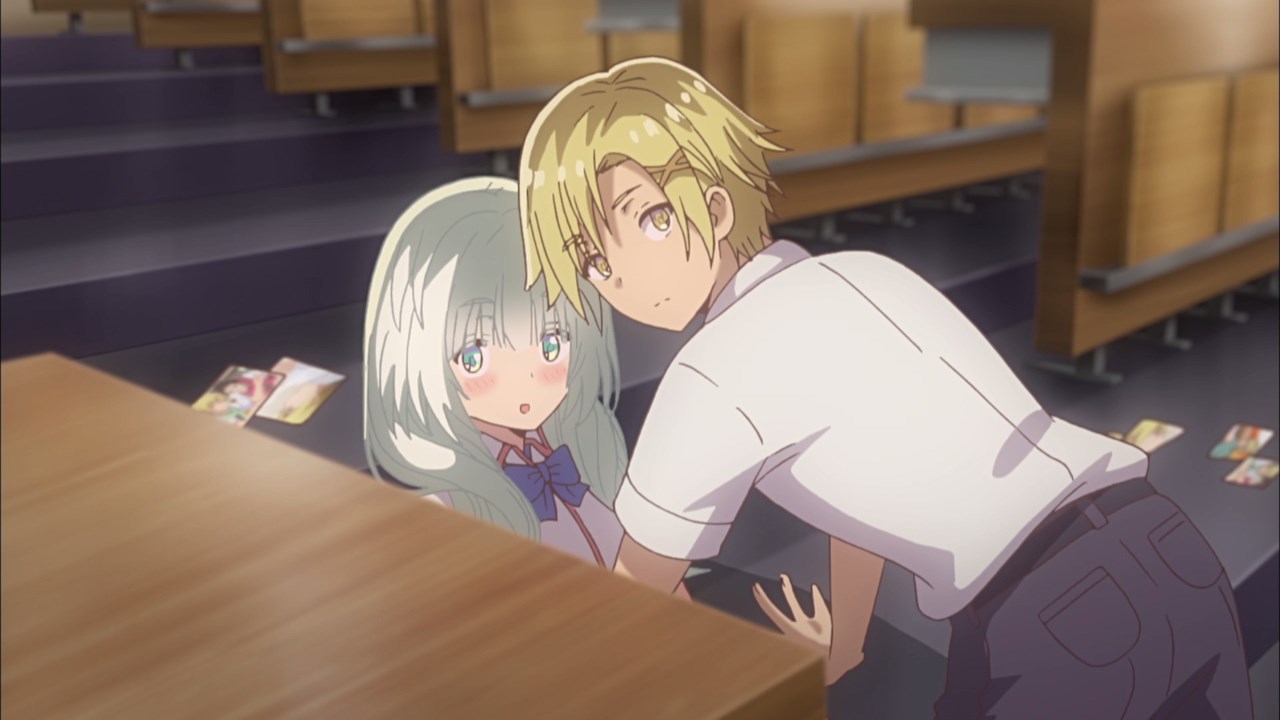 On second thought, Kiryu won’t invite both Otori and Akiyama as they’re about to make out. Then again, turns out that Koharu-chan tripped and Shoma-kun tries to save her, but he fell down on top of Otori instead. 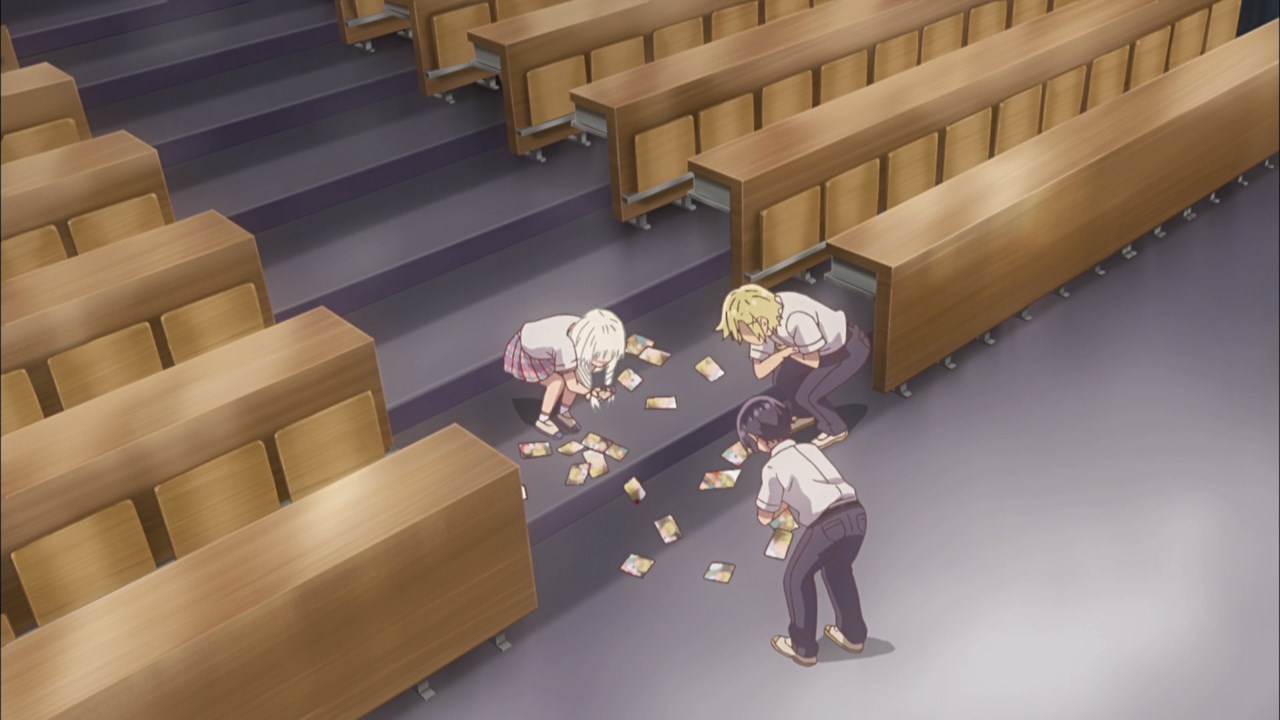 Also, Koharu dropped lots of photos so she asked Shoma and Keiki for help and pick them up. I’m hoping that Akiyama won’t drop them upon seeing those photos of himself. 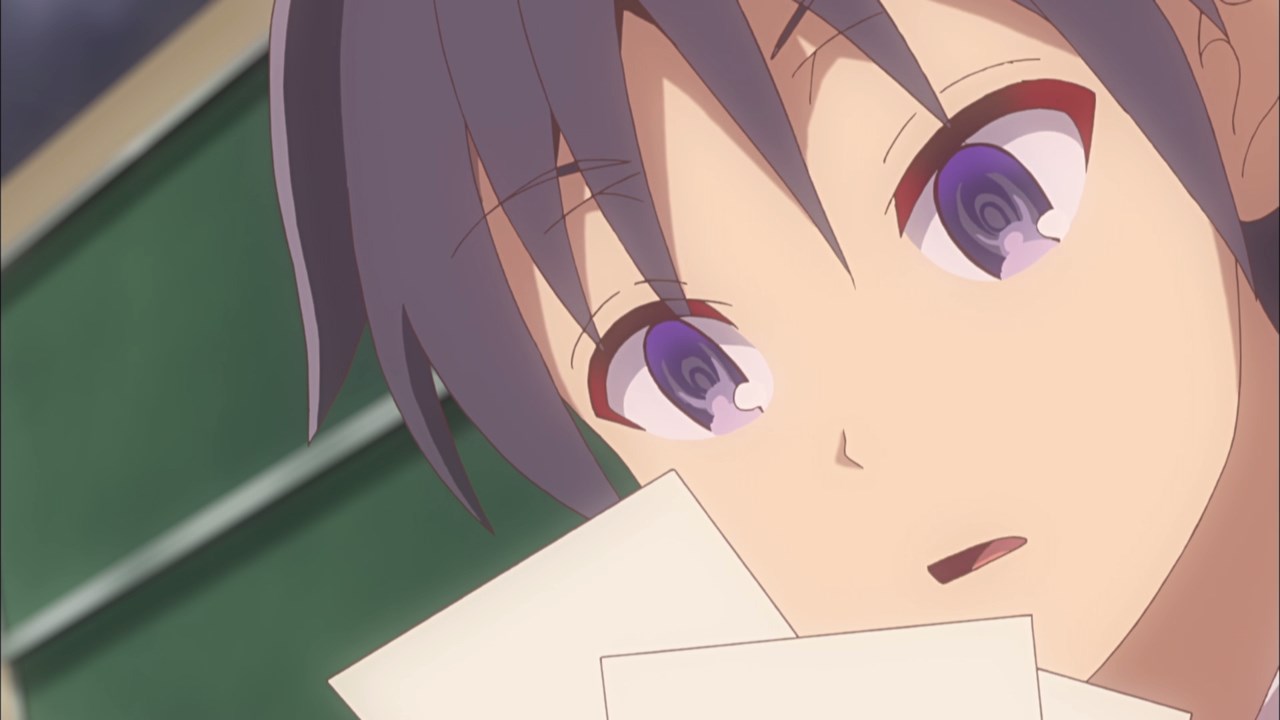 On the other hand, it appears that Keiki found something that might lead him to the true identity of Cinderella. 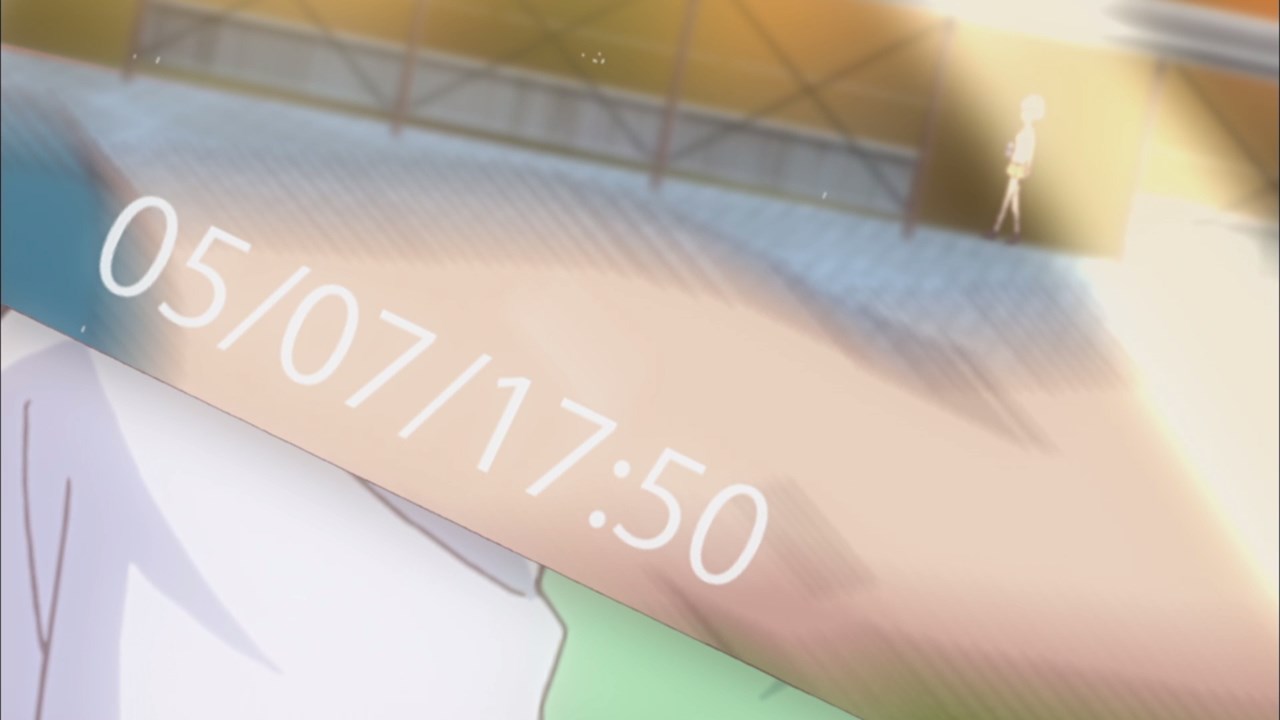 See this timestamp? It says May 7 at 5:50 PM and Keiki might have figure it out who left those panties at the club room.

But you know what, I’ll find out the truth on the penultimate episode!