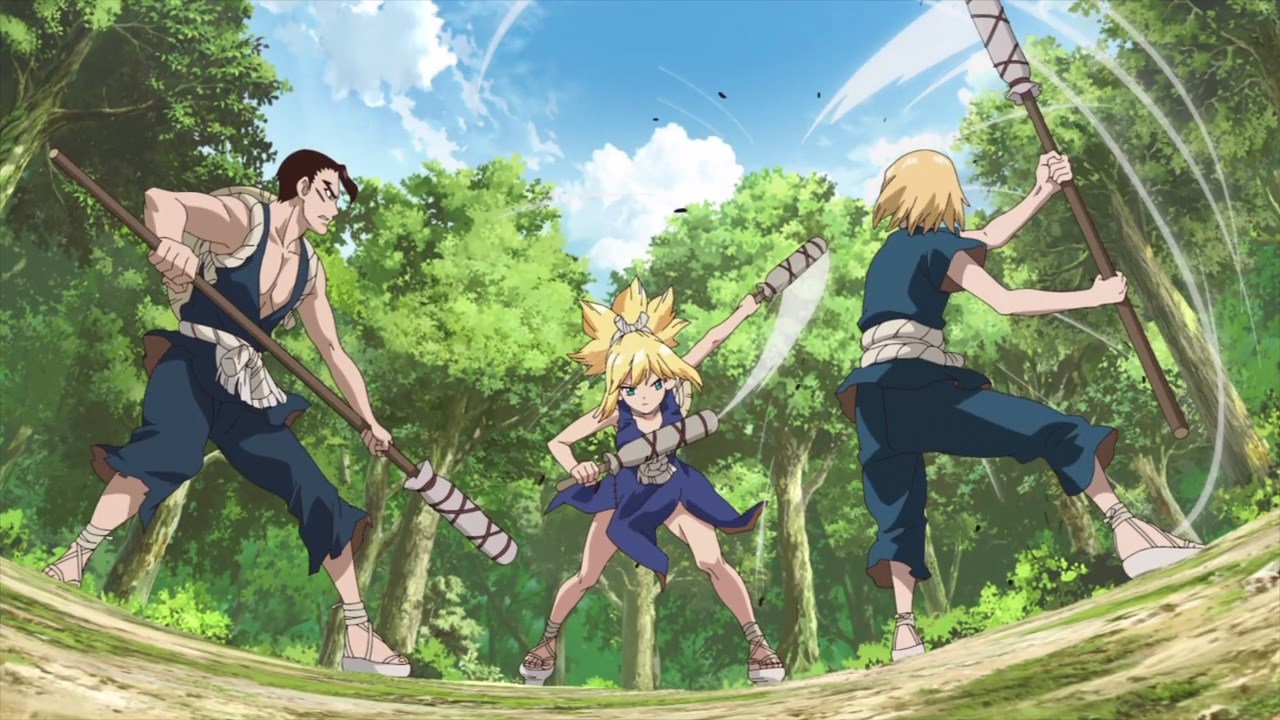 On this episode of Dr. Stone, Kohaku trains both Kinro and Girno for the upcoming Grand Bout as they need to win against Magma and save Ruri’s life, as well as the village’s future since it might eventually get attacked by Tsukasa Shishio and his army. 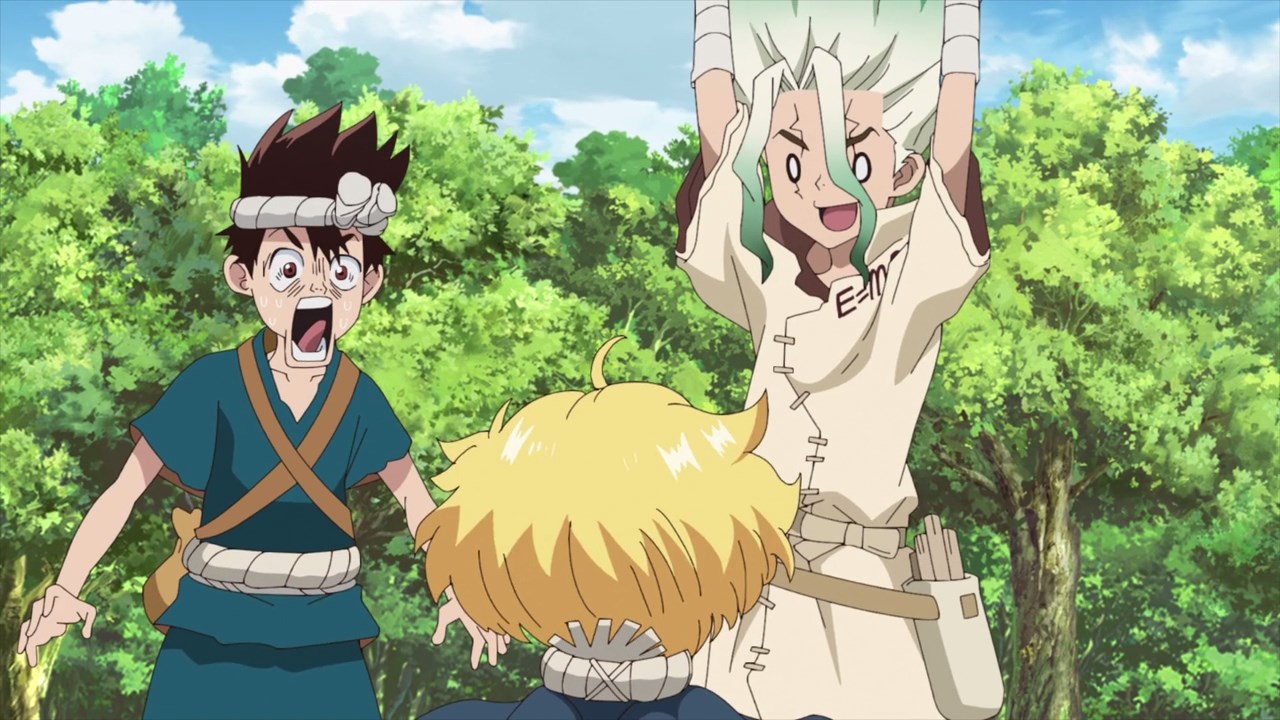 Meanwhile, Senku and Chrome got curious on what’s beneath Suika’s mask as the former took it off. 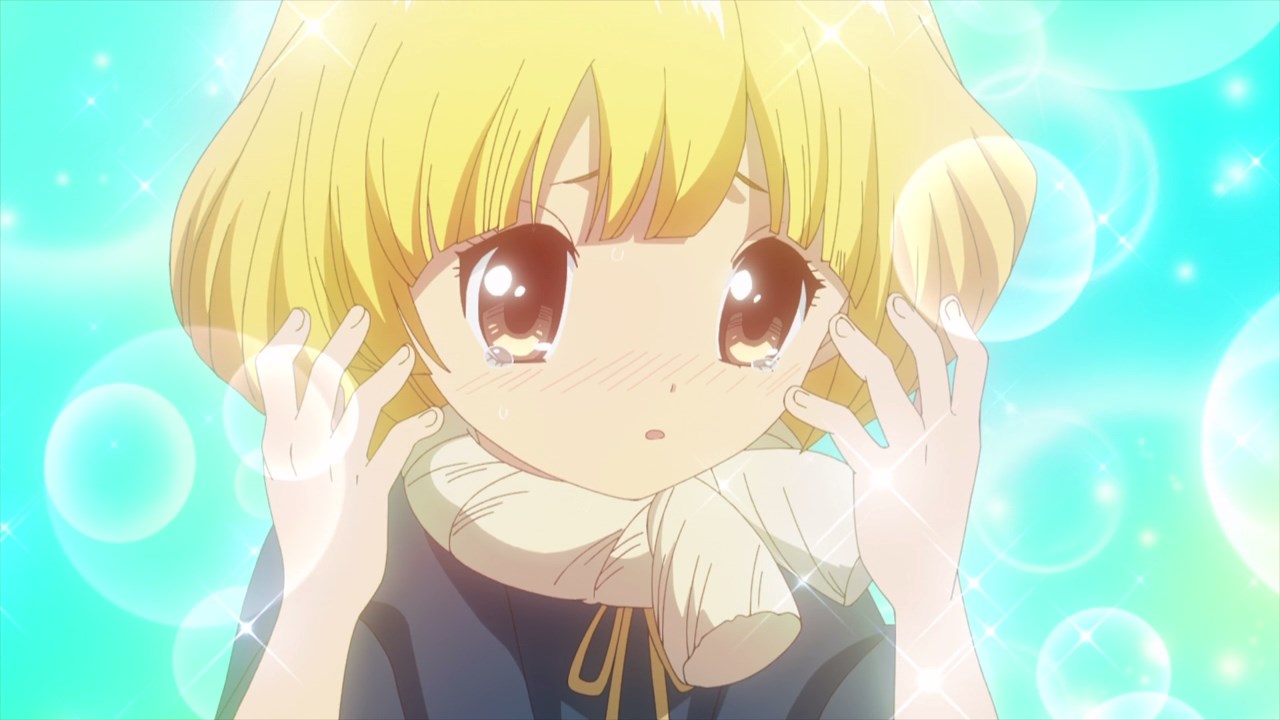 And as you can see, Suika is actually a cute girl underneath her watermelon mask. 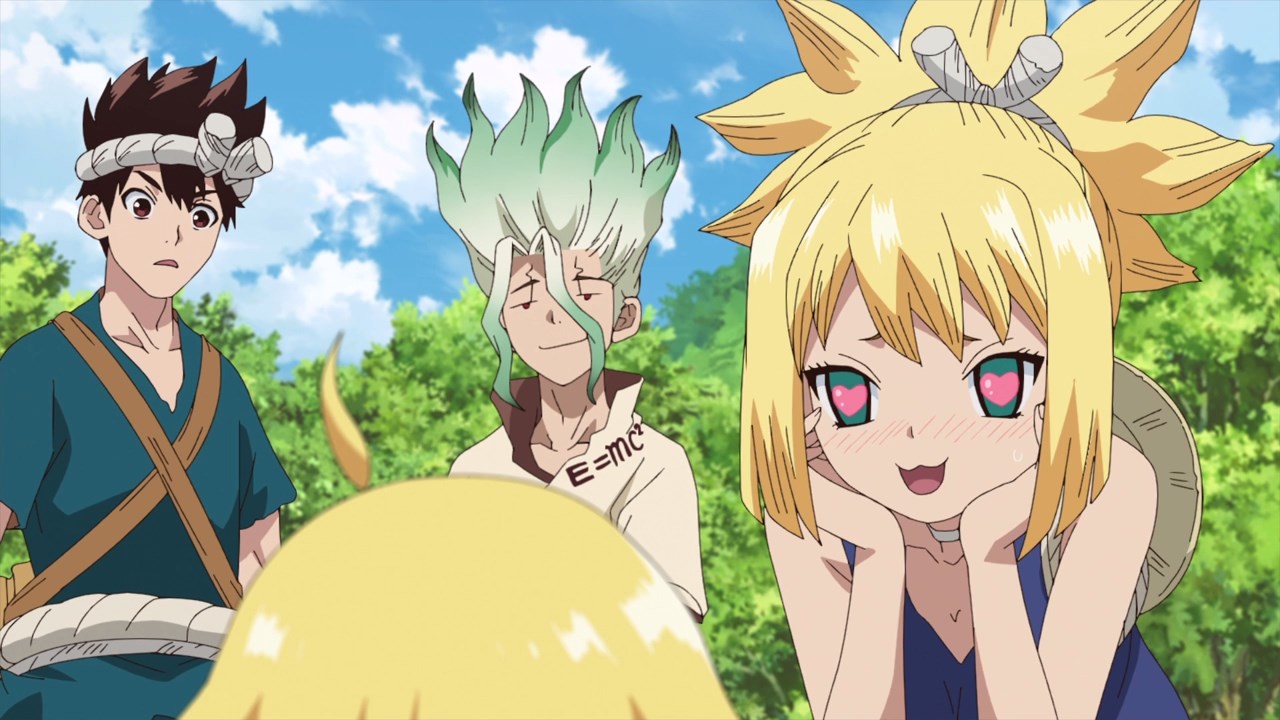 Even Kohaku is surprised to see Suika’s true face that she wants to take Suika home. Oh Kohaku, please don’t do that! 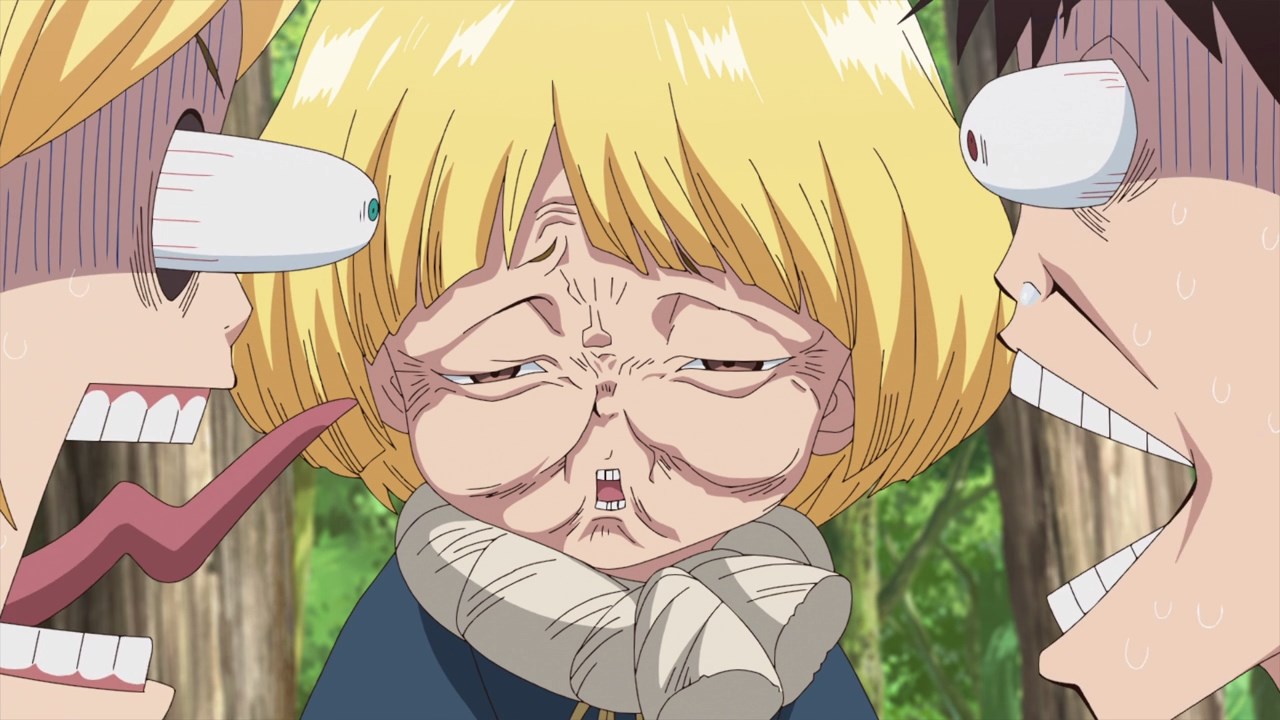 However, it appears that she doesn’t make a cute face all the time as Suika squints hard that both Senku and Chrome are shocked to see a horrible face. Gotta love Boichi when it comes to making weird faces!

Of course, the reason why Suika squints like that is because she’s actually near-sighted. Oh and as for her watermelon mask? Turns out that it helps Suika to see it clearly due to pinhole effect, but it’s not enough to get an even clearer picture. 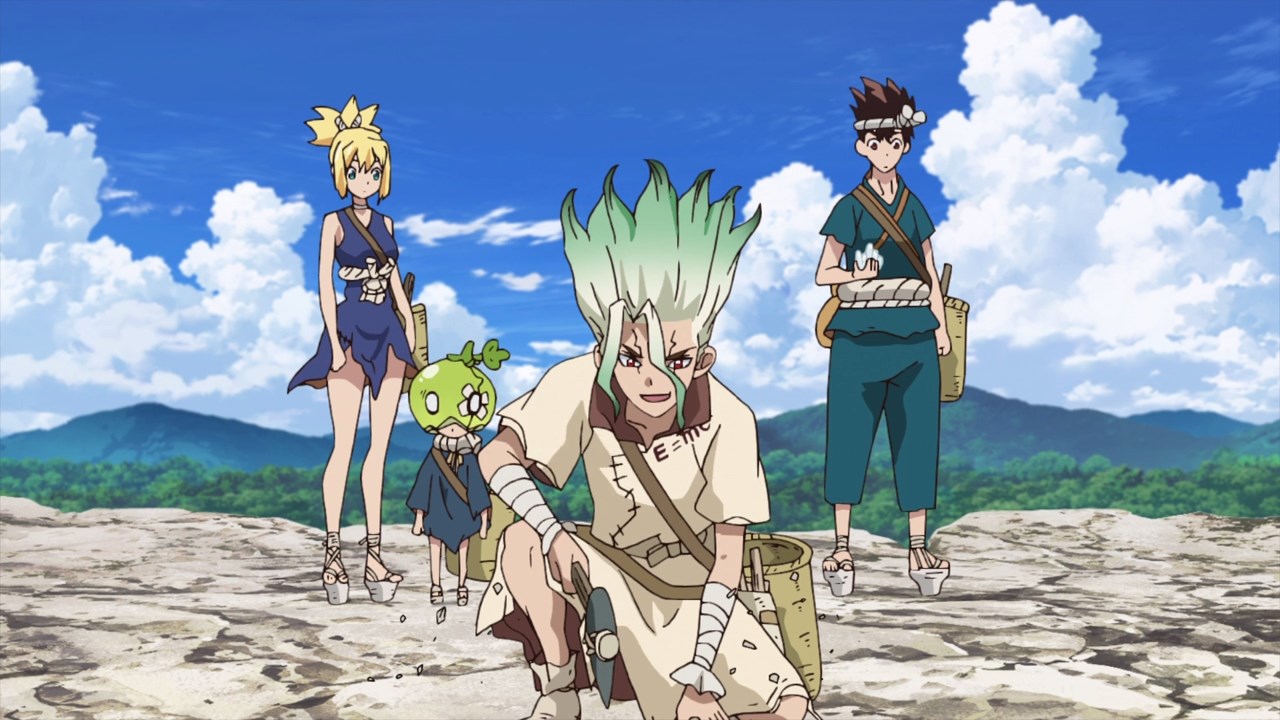 So, it’s up to Senku on solving Suika’s eyesight problems as he’ll make glasses. Of course, he needs some materials to make one. 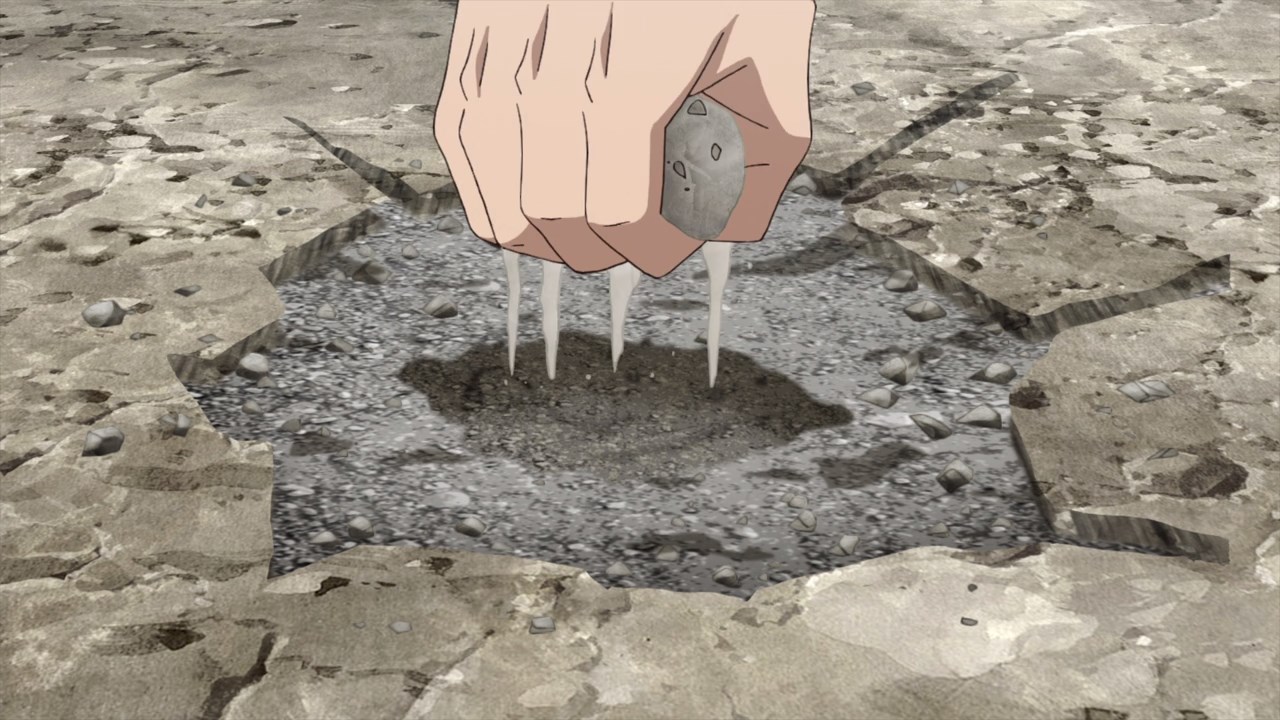 Luckily, Senku found a place where it has the important material to make glass. 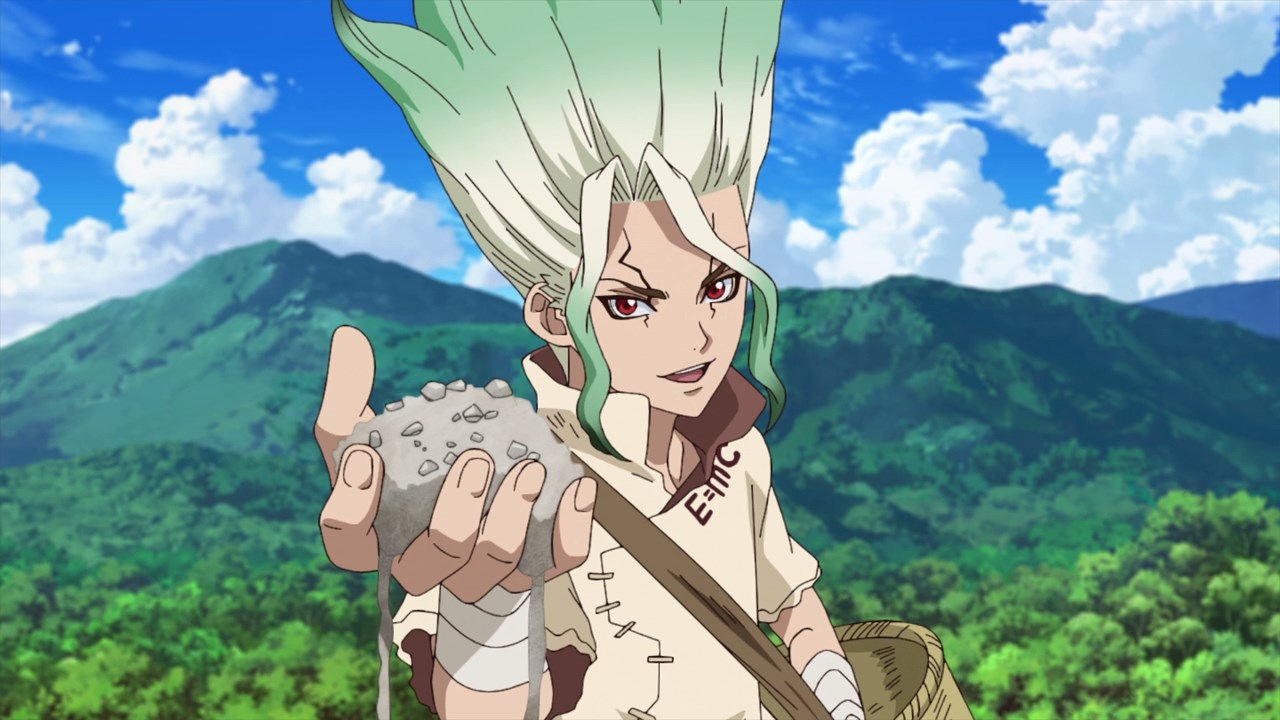 What he’s holding is quartz sand which is the essential material to make glassware like beakers, cups, and even eyeglasses. 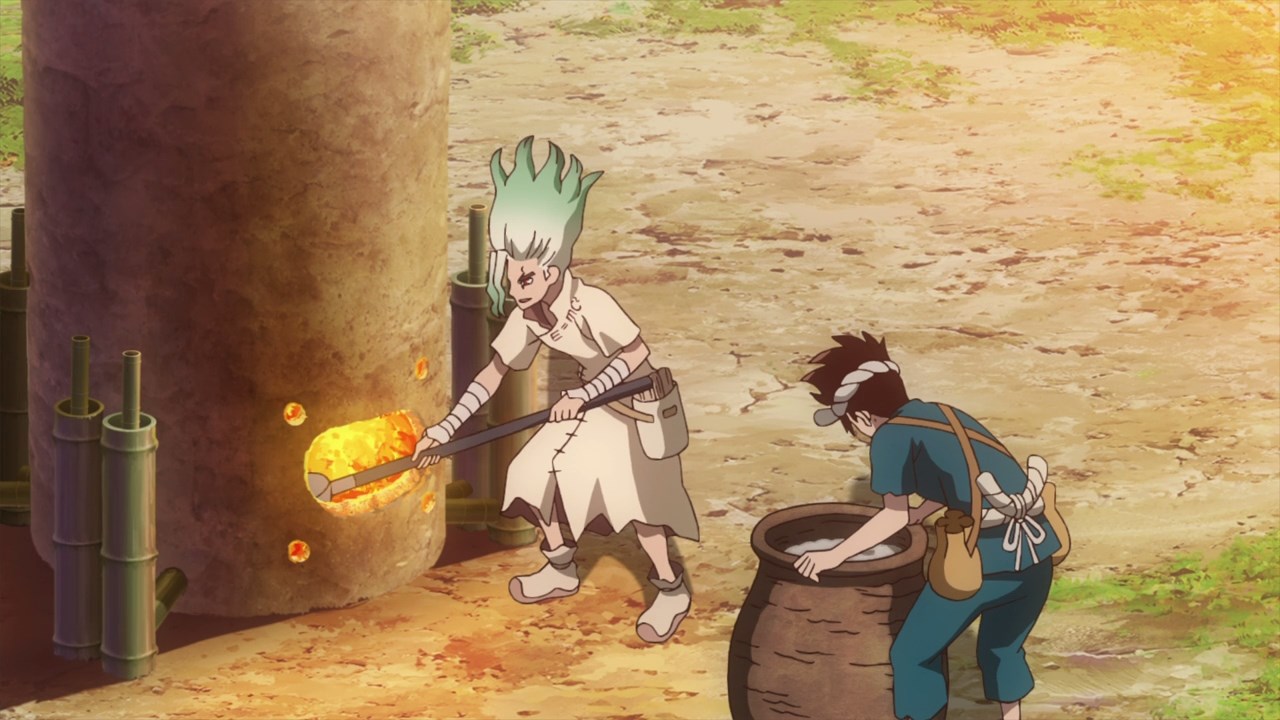 After gathering some quartz san, Senku and Chrome will have to melt it and add other materials like lead until it can be molded into a lens. 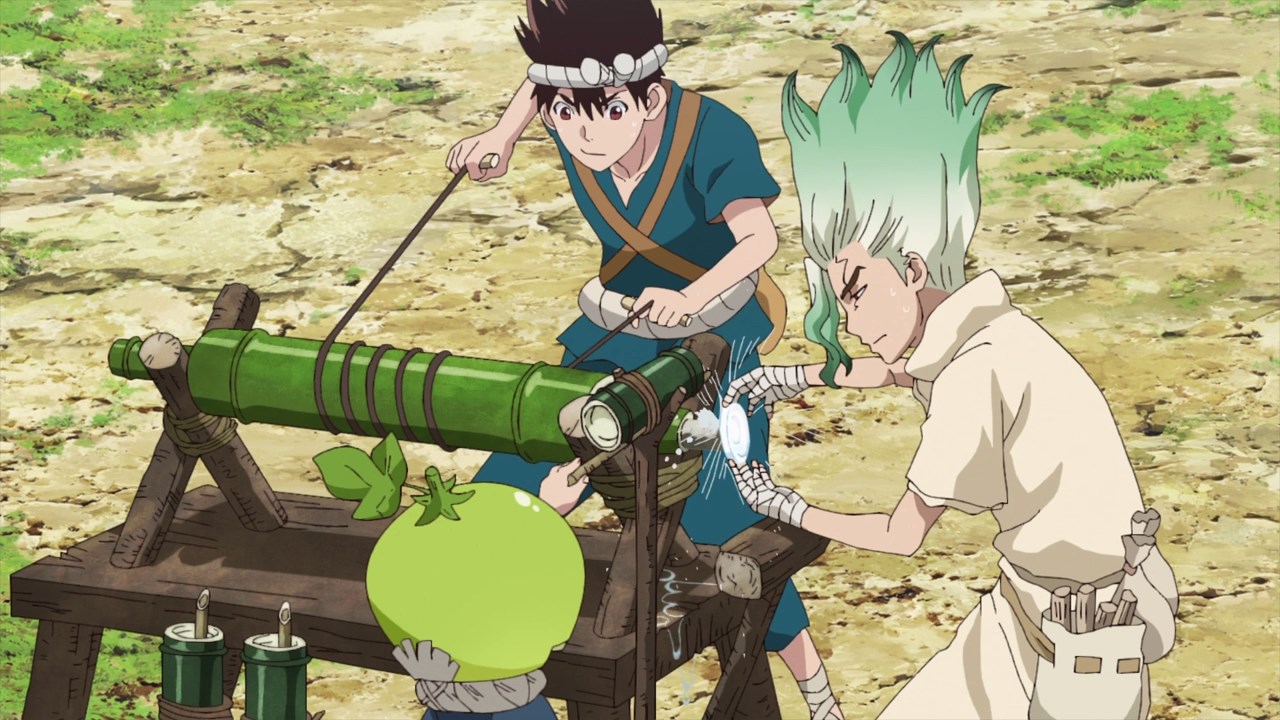 Once they molded it, Senku and Chrome proceeds to polish the lens using corundum since it’s harder than glass.

Of course, Senku has to accomodate Suika’s poor eyesight because those lenses needs to fit perfectly. Otherwise, Suika might get dizzy. 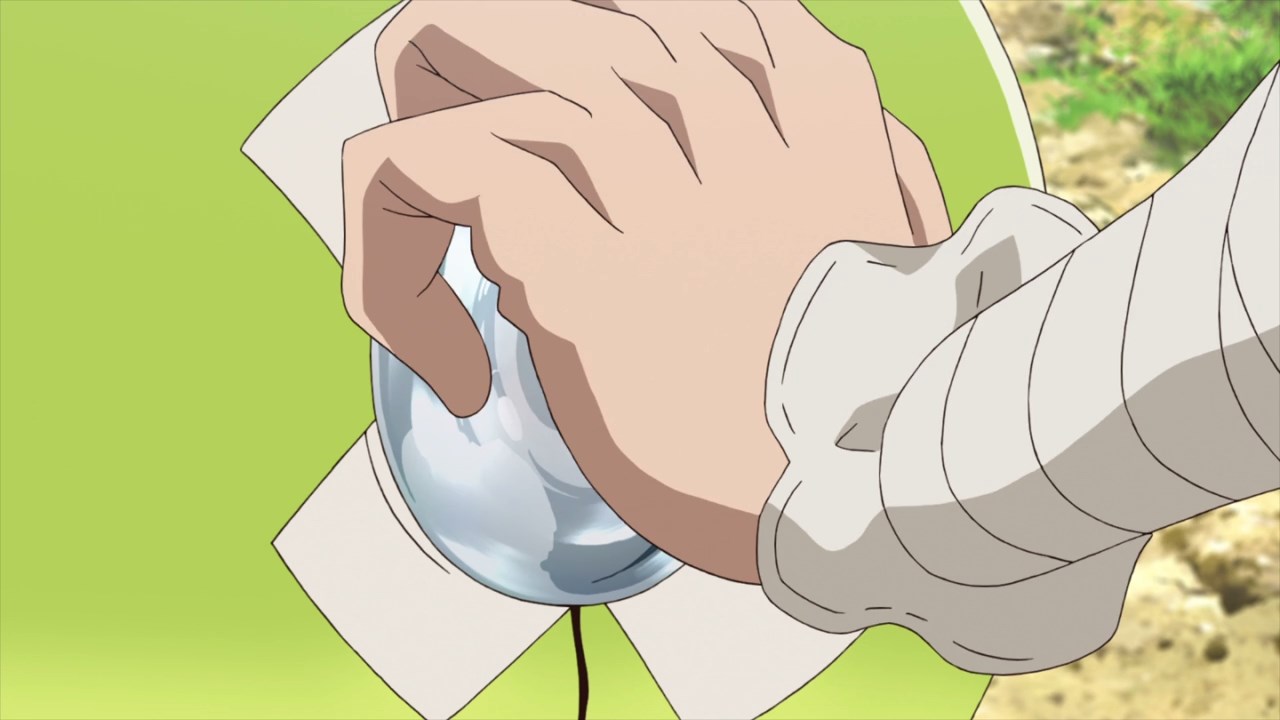 And after some hours of polishing, it’s time for Senku to put those lenses onto Suika’s watermelon mask. 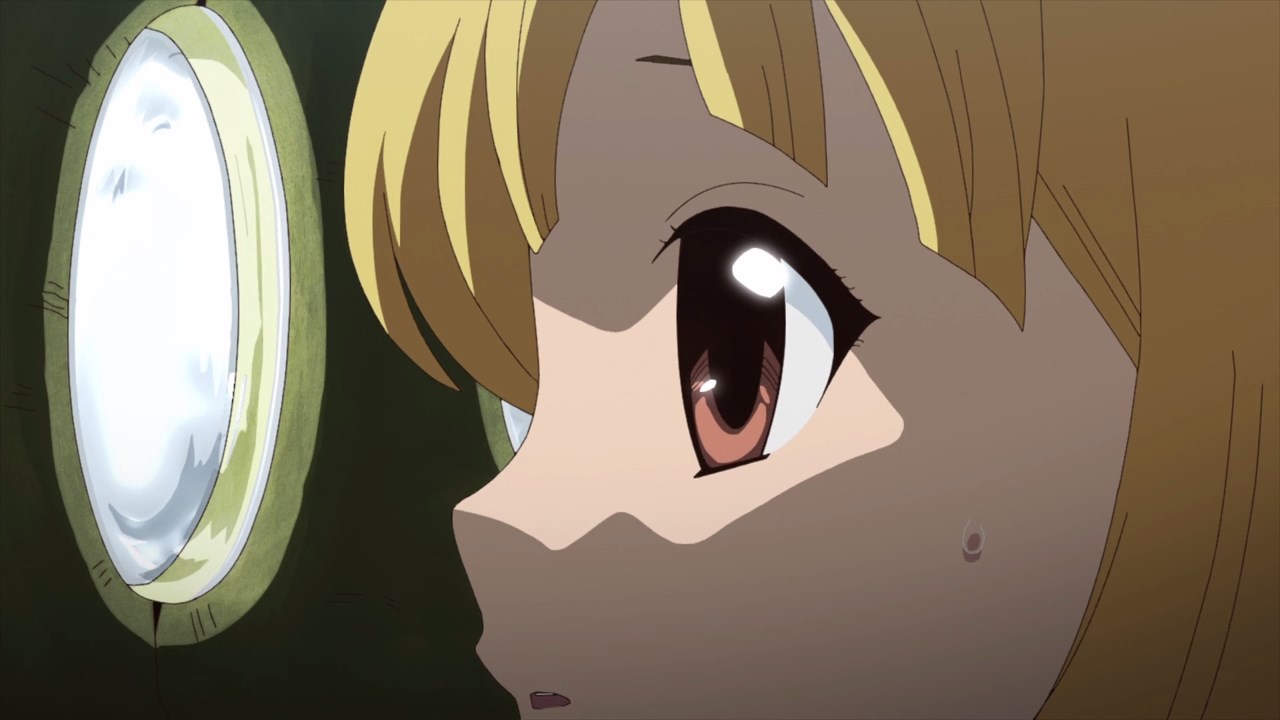 Now then, it’s the moment of truth as Suika wears her watermelon mask and see the outside world from a different point of view. 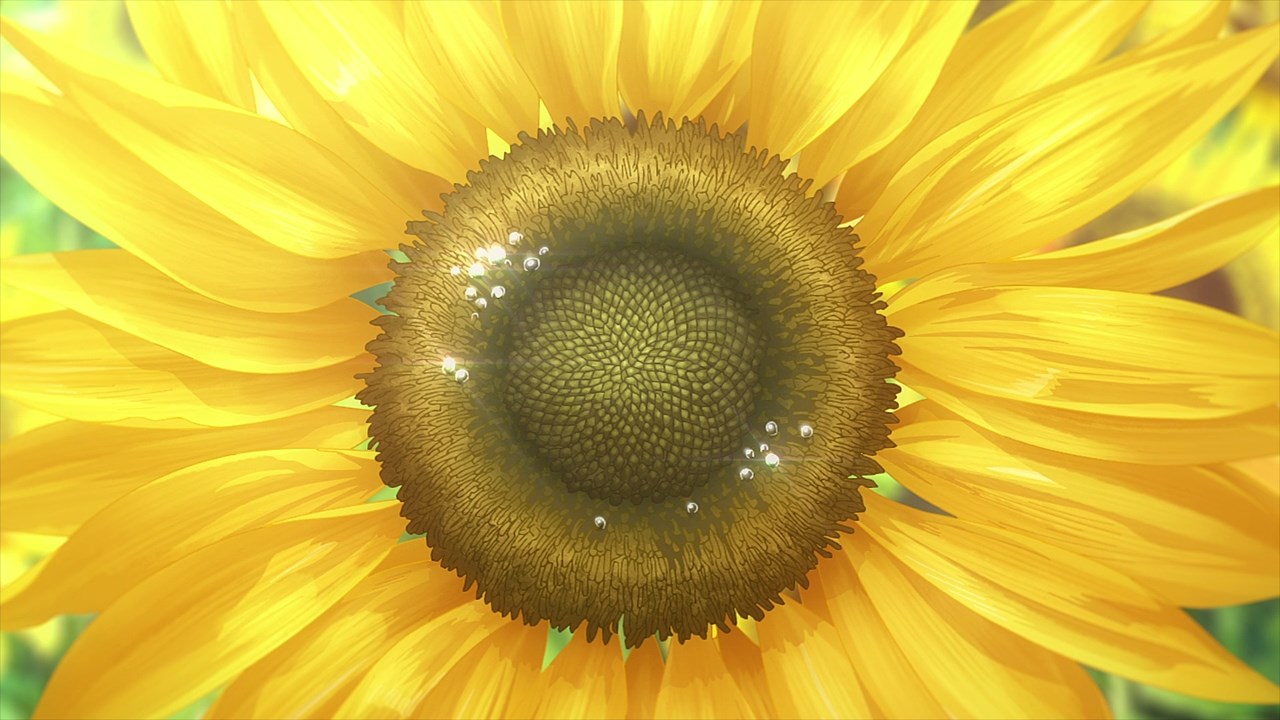 And as you can see, Senku’s lenses is a success as Suika can see vividly without squinting harder. 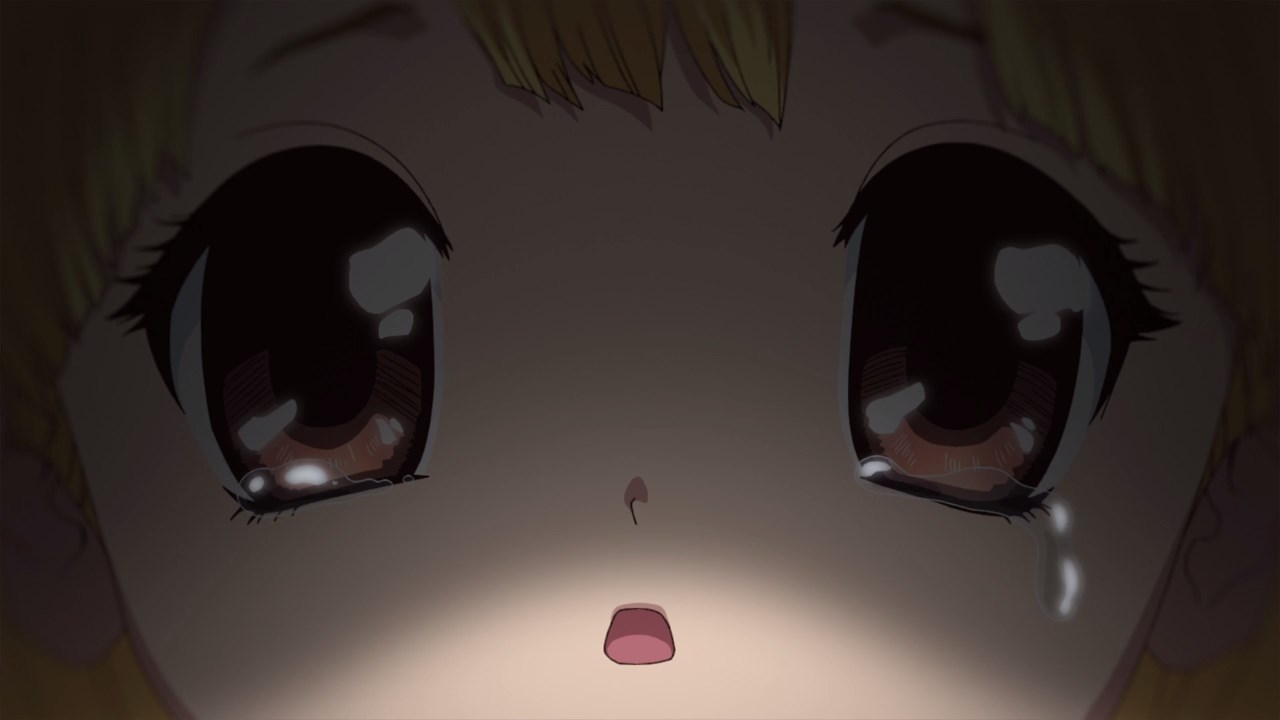 For Suika, she’s happy that she can see the world clearly like never before. Kudos to Senku for making those lenses. 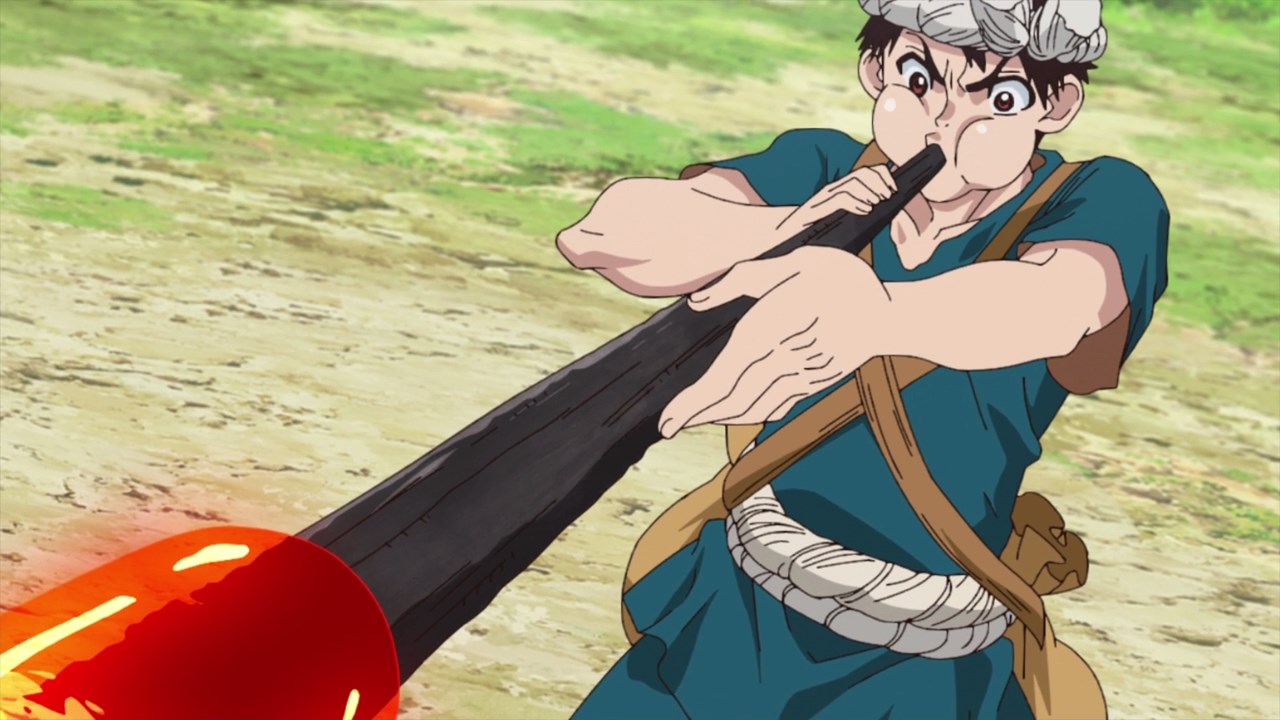 But now, it’s time for him and Chrome to make some glassware because using claypots won’t cut it when it comes to making medicine. 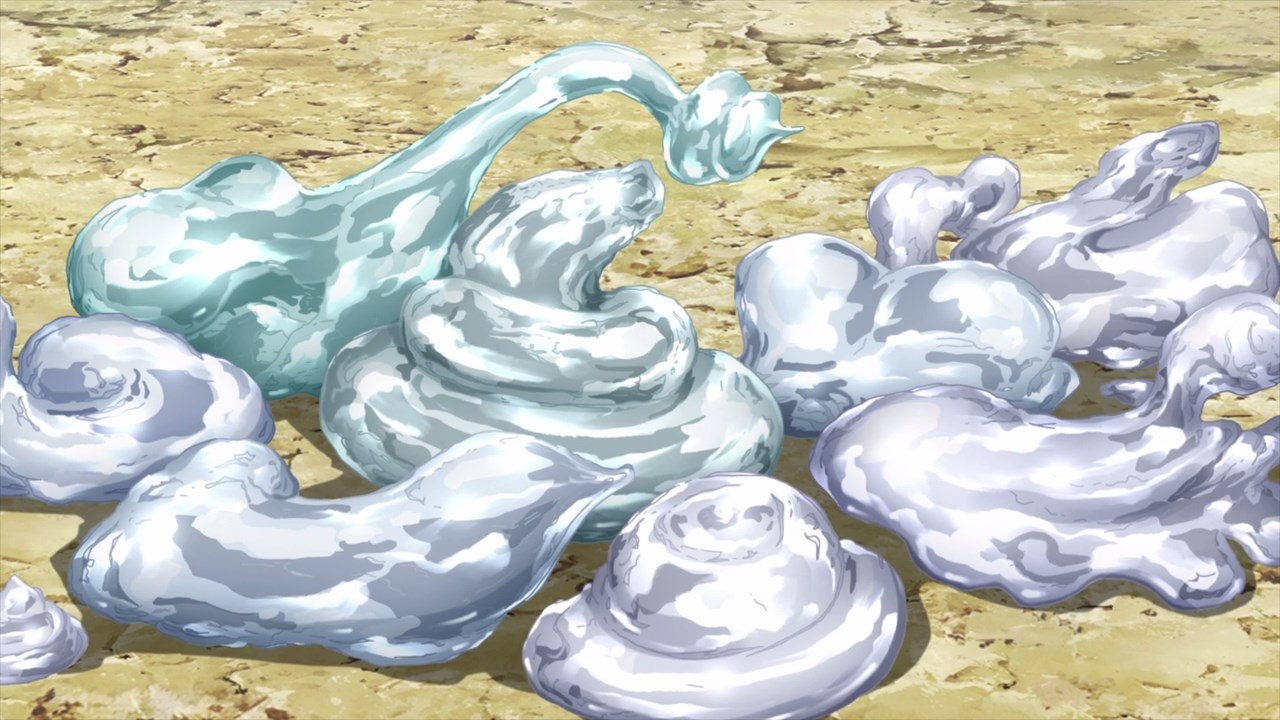 Unfortunately for Senku and Chrome, they’re not experts when it comes making glassware as they made these shiny pieces of junk. 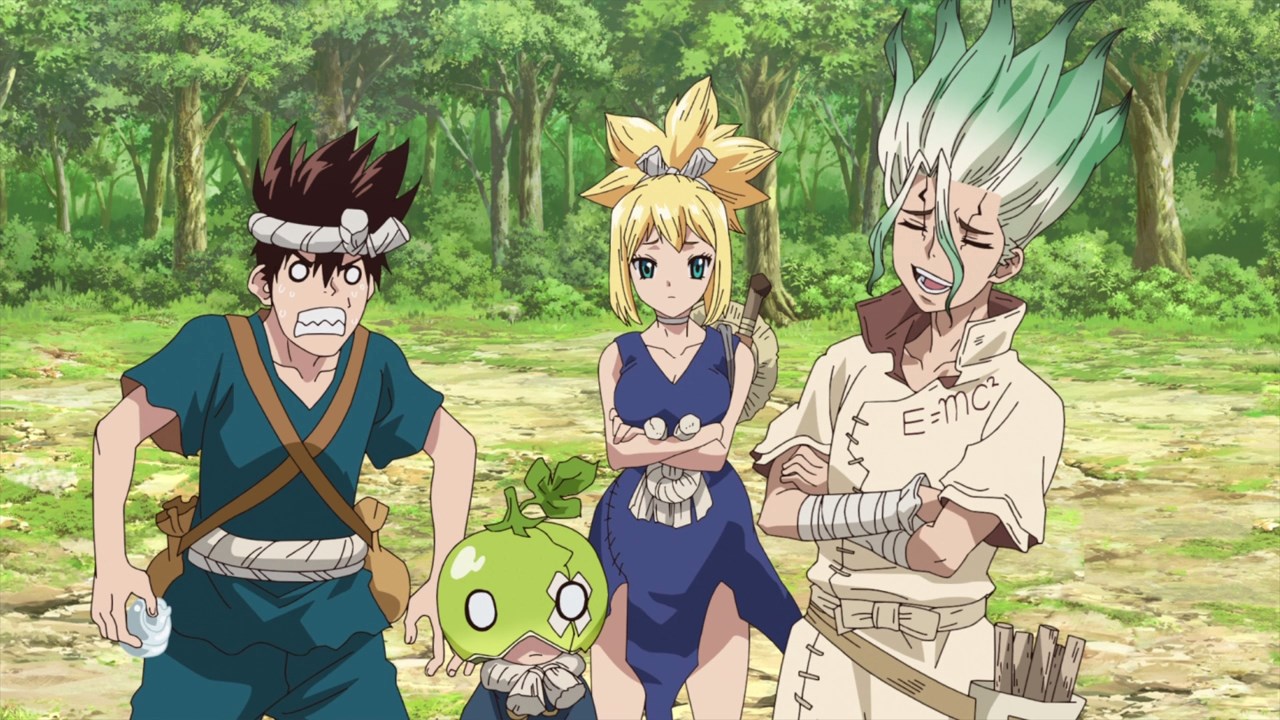 Heck, even Senku admits that it takes ages to make glassware like an artisan would do. Speaking of artisans, Chrome found someone who can make one. 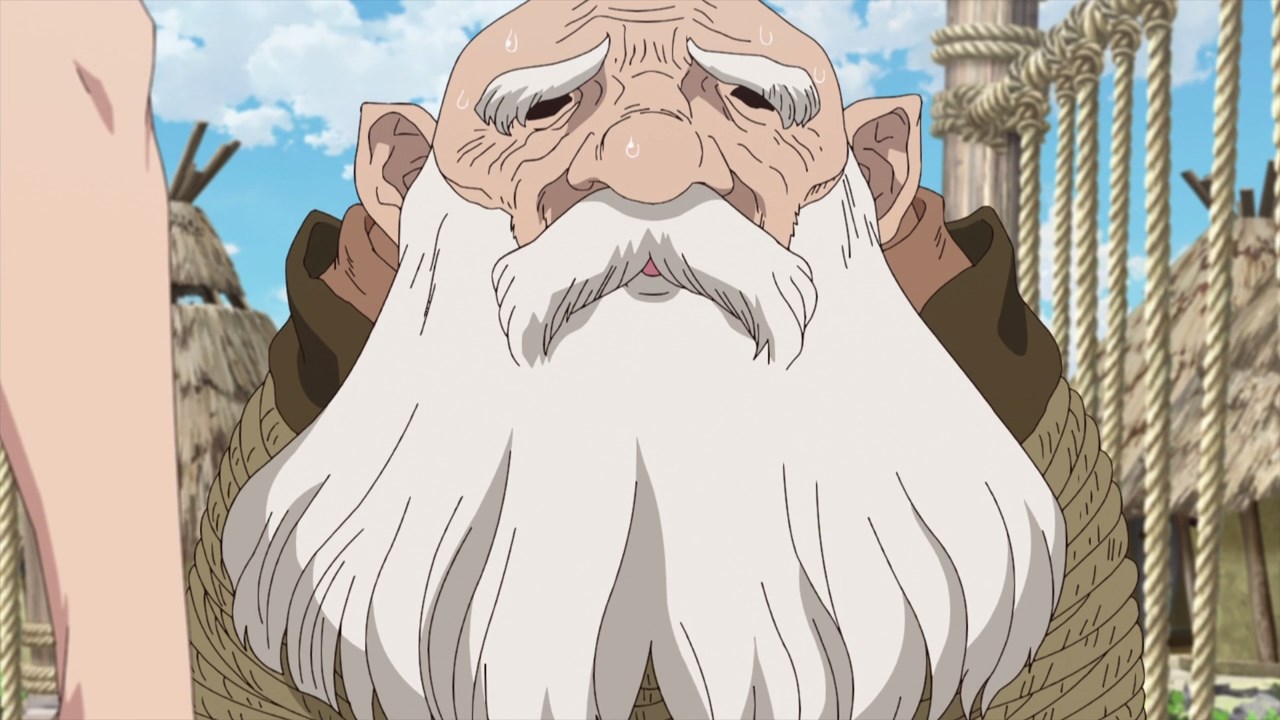 This is Kaseki, a craftsman who made lots of items like lacquered shields, as well as the suspension bridge which connects to the village.

Of course, Kaseki is mad that Senku took one of the planks for his experiments. 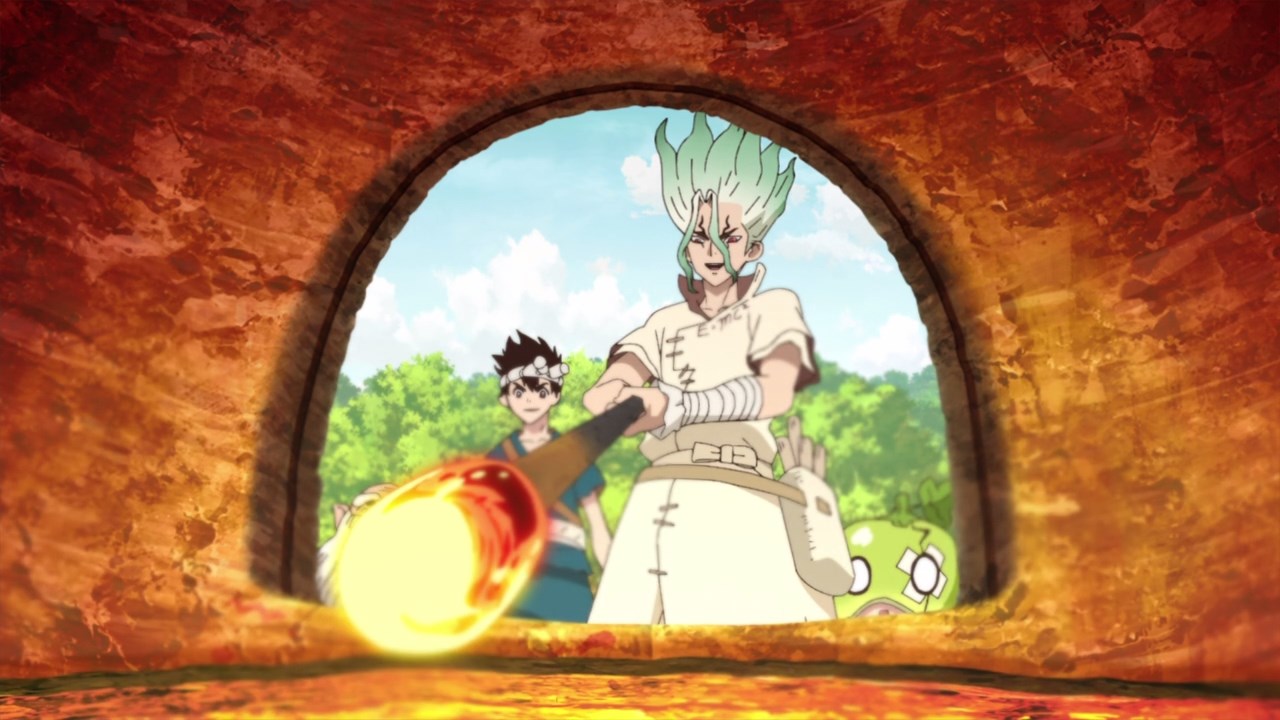 Now then, it’s time for Senku to demonstrate on how to make glassware in front of Kaseki as he wants the craftsman to make one due to his experience. 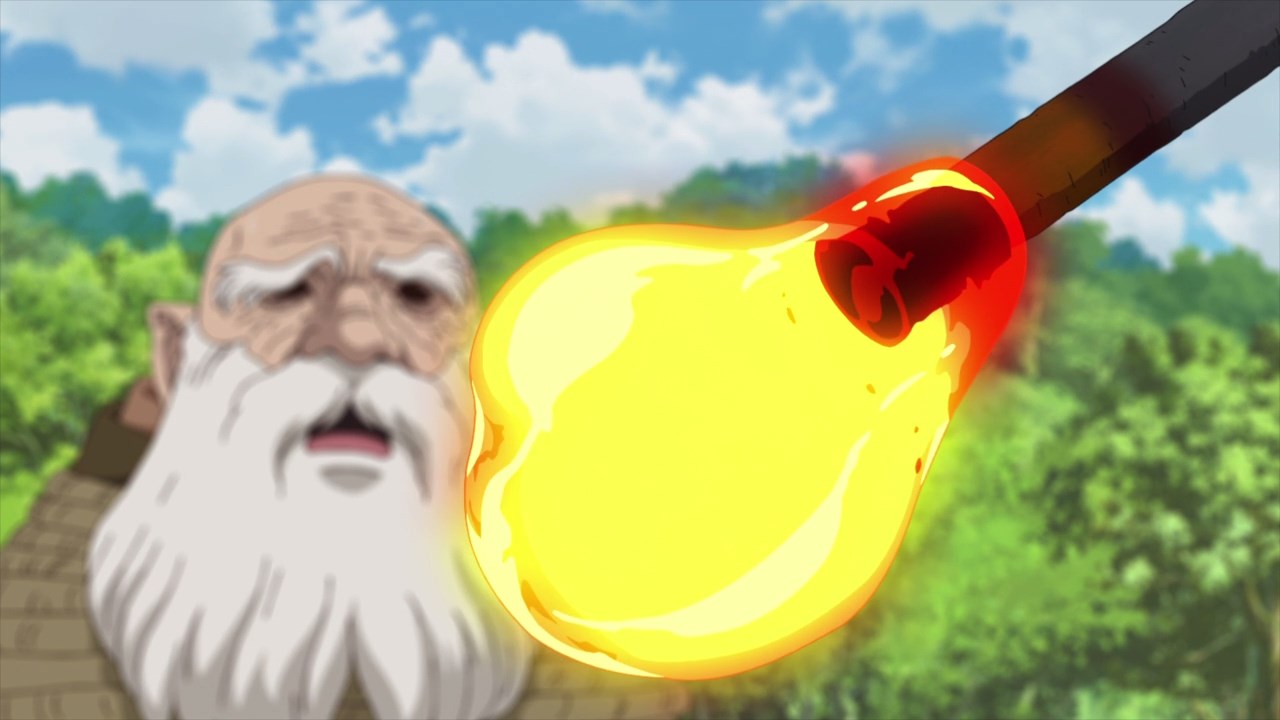 And as you can see, Senku’s sloppy demonstration of making glassware has made Kaseki very angry. Normally, people will lose interest upon seeing some half-assed work. 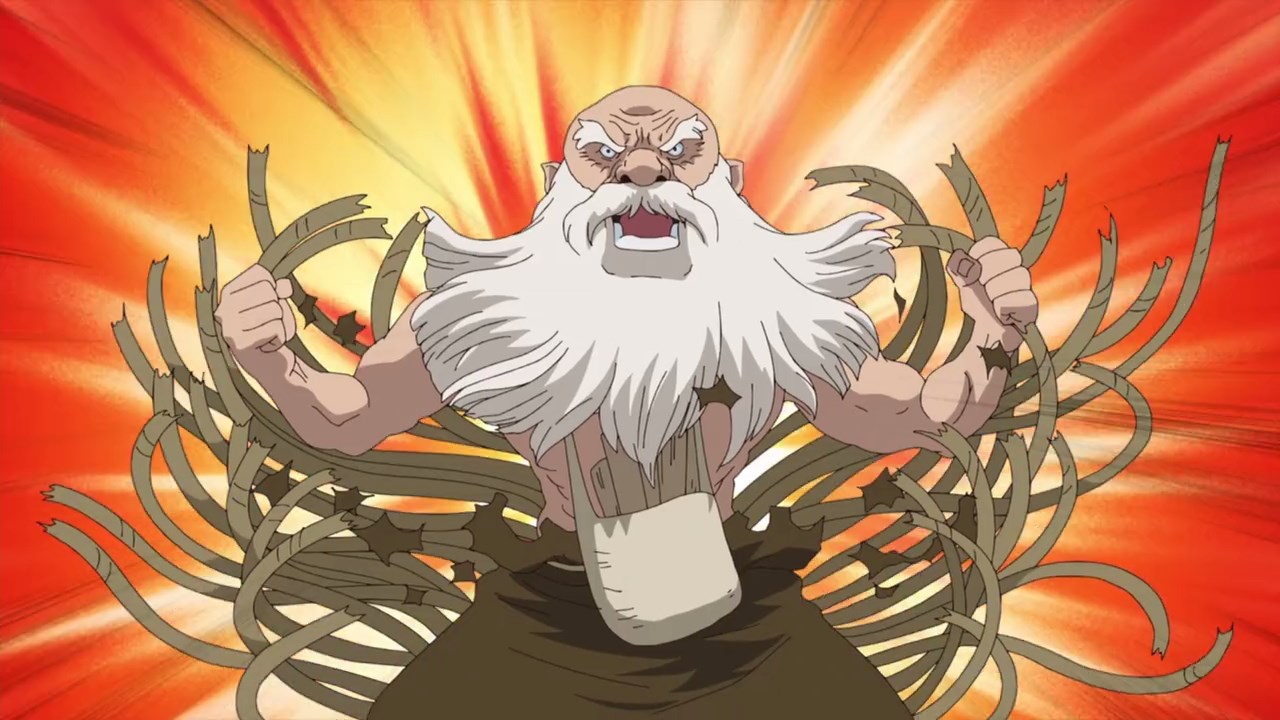 But not for Kaseki as he breaks free and get his hands dirty on making glassware. Man, I can’t believe that Kaseki is one strong artisan despite his age. 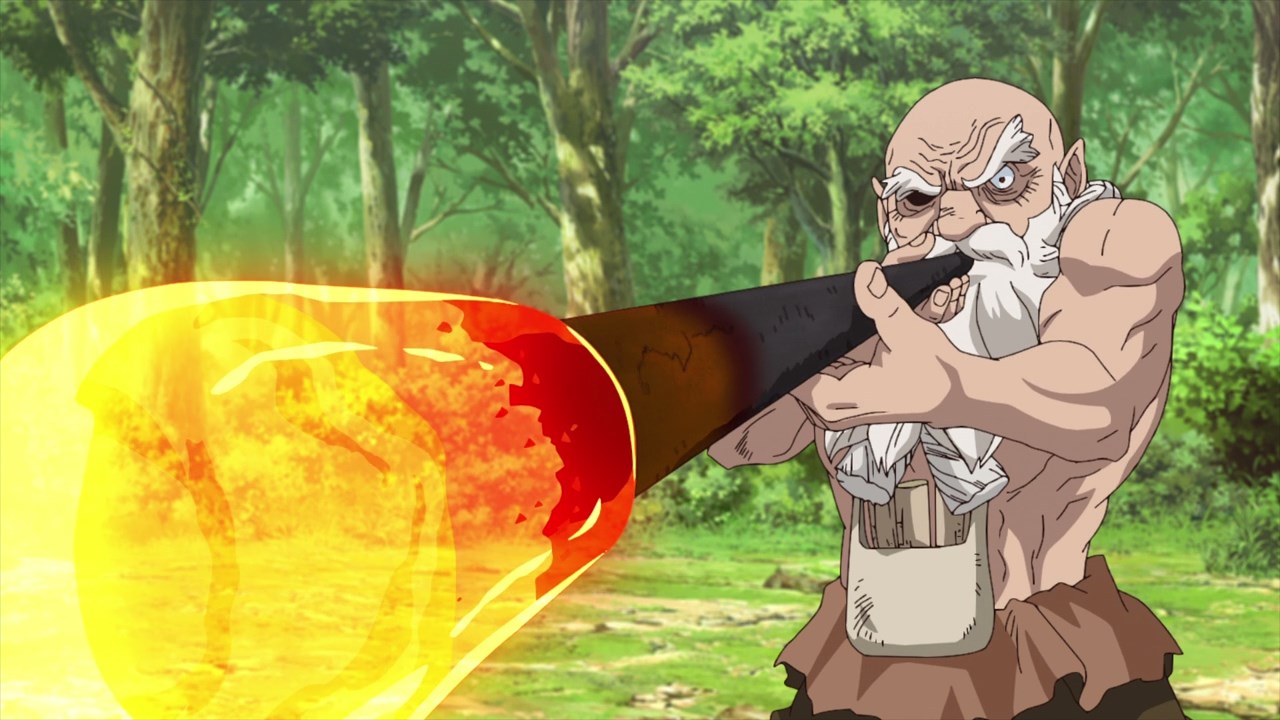 But thanks to Senku’s sloppy demonstration, Kaseki proceeds to make glassware and man, he works meticulously like a true artisan. 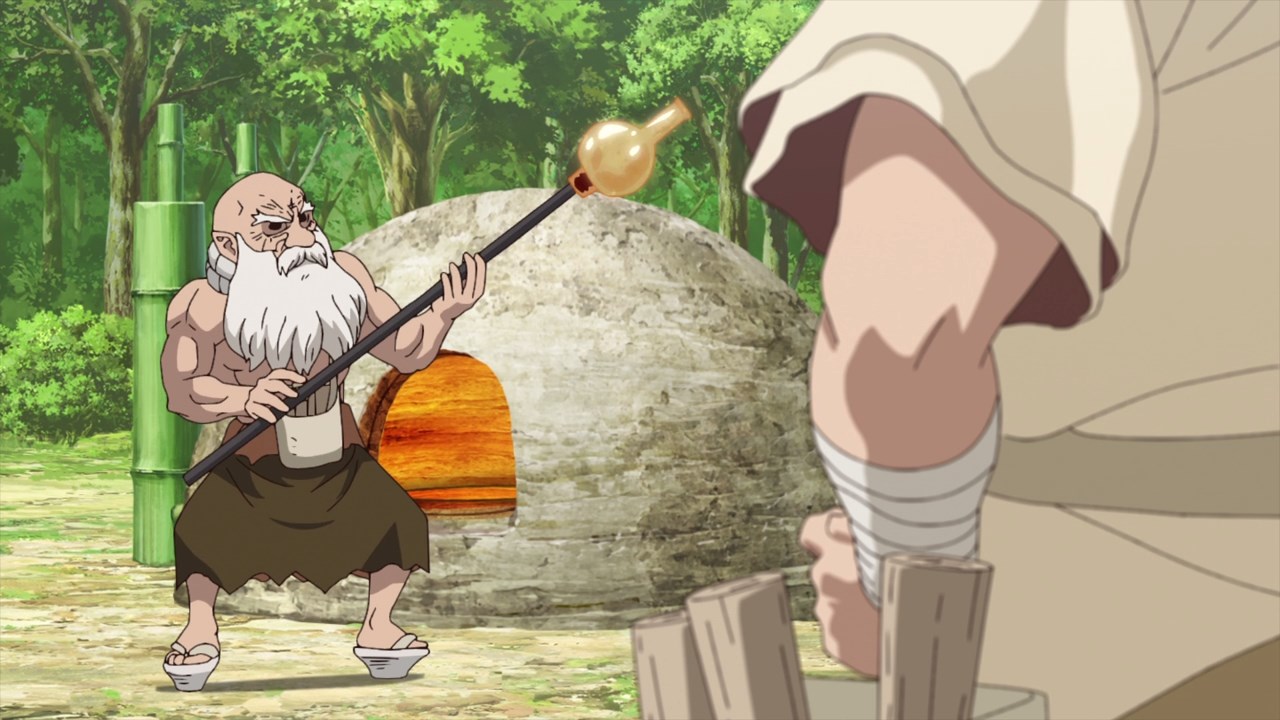 Even though he saw glass for the first time in his life, his experience of making various items has helped Kaseki on making beakers and vials perfectly. I think Senku should learn from him afterwards. 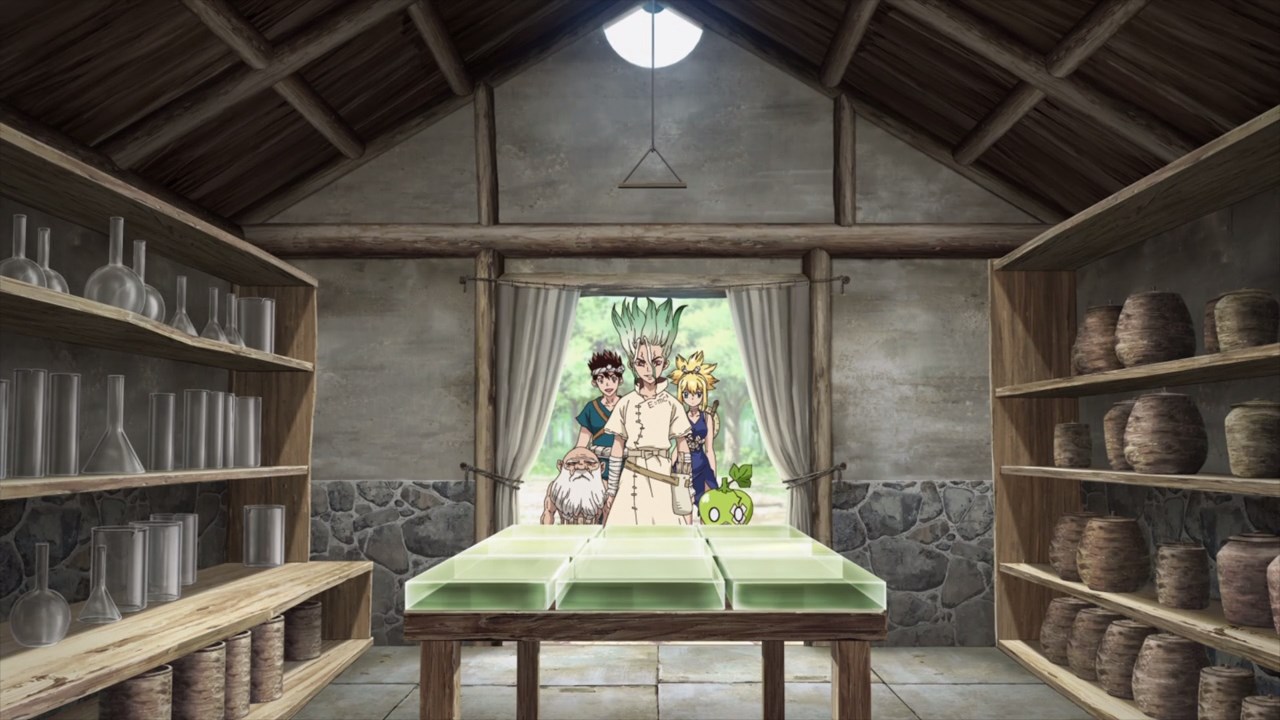 Now that Kaseki has finally made beakers and other glassware, Senku can finally make some medicine as he finally have a proper laboratory.

Of course, someone needs to win the Grand Bout in order to deliver the cure-all medicine to Ruri. 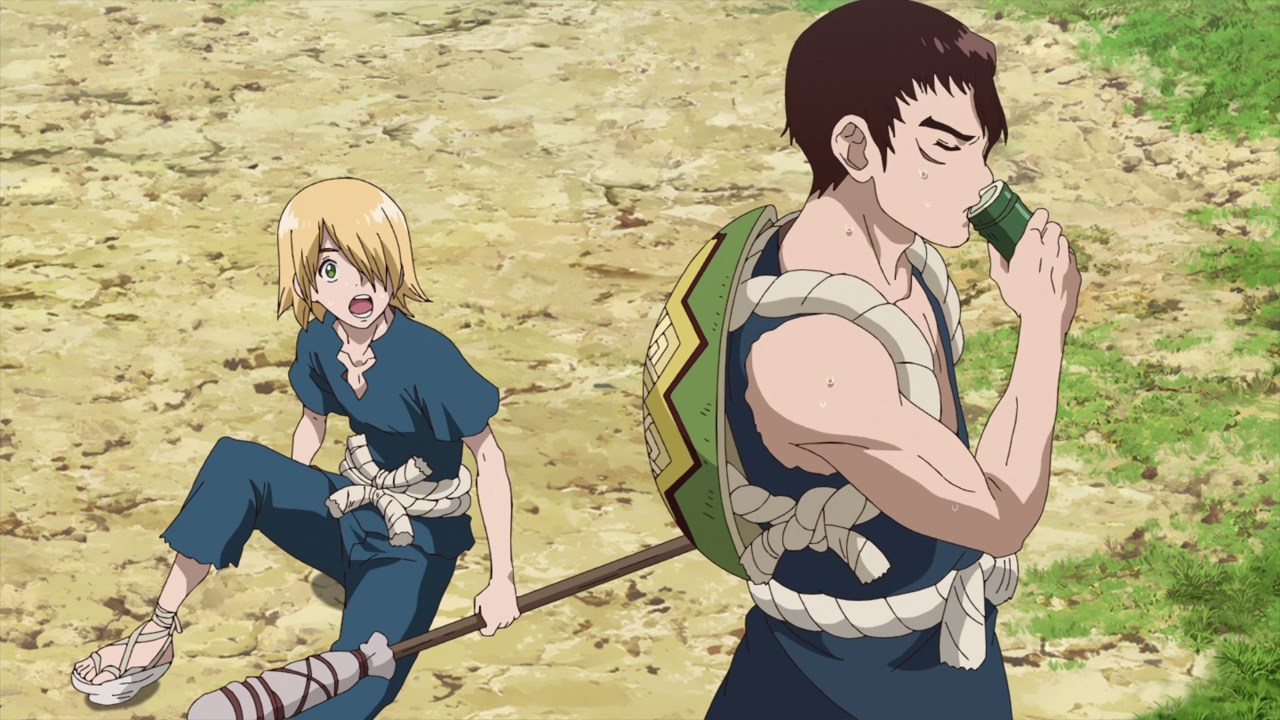 Meanwhile, here’s Ginro where he told his brother Kinro to ask Senku on making shiny spears in order to mitigate his near-sightedness. Wait, Kinro has eyesight problems? 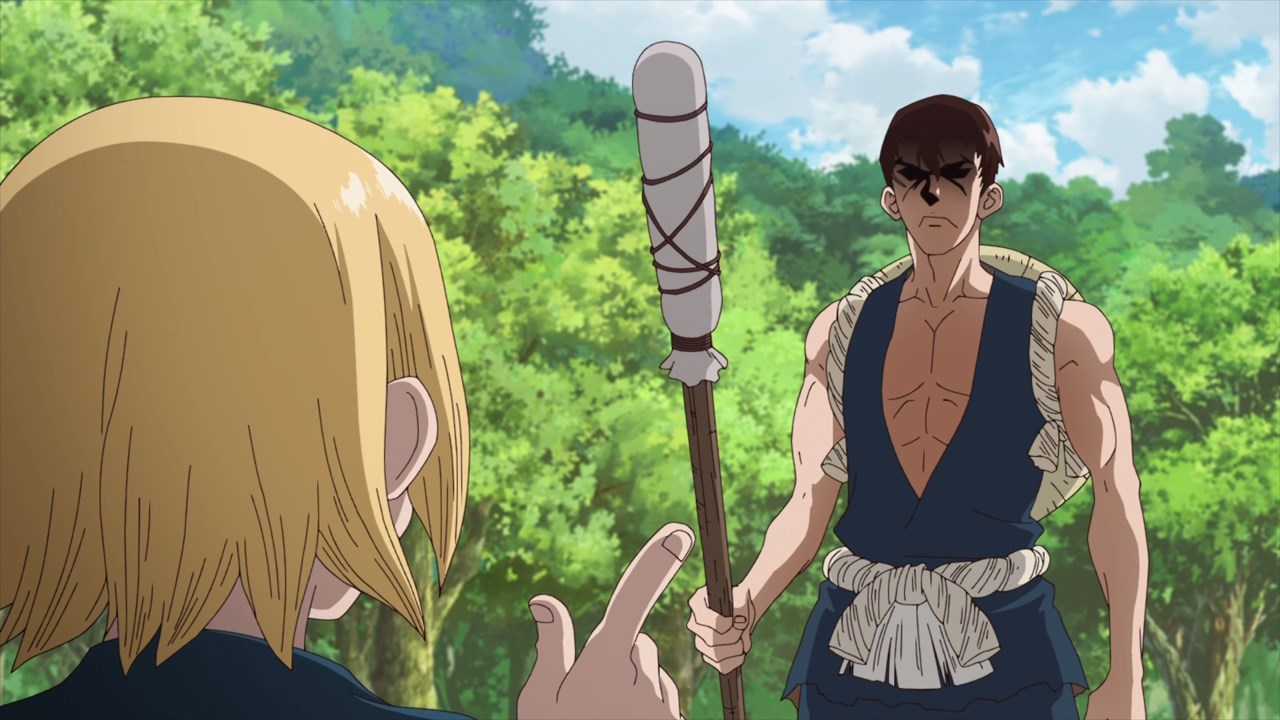 But then again, he won’t do it because Kinro follows the village rules of not talking to outsiders like Senku. Of course, Kinro and Ginro eventually got roped into Senku’s experiments recently. 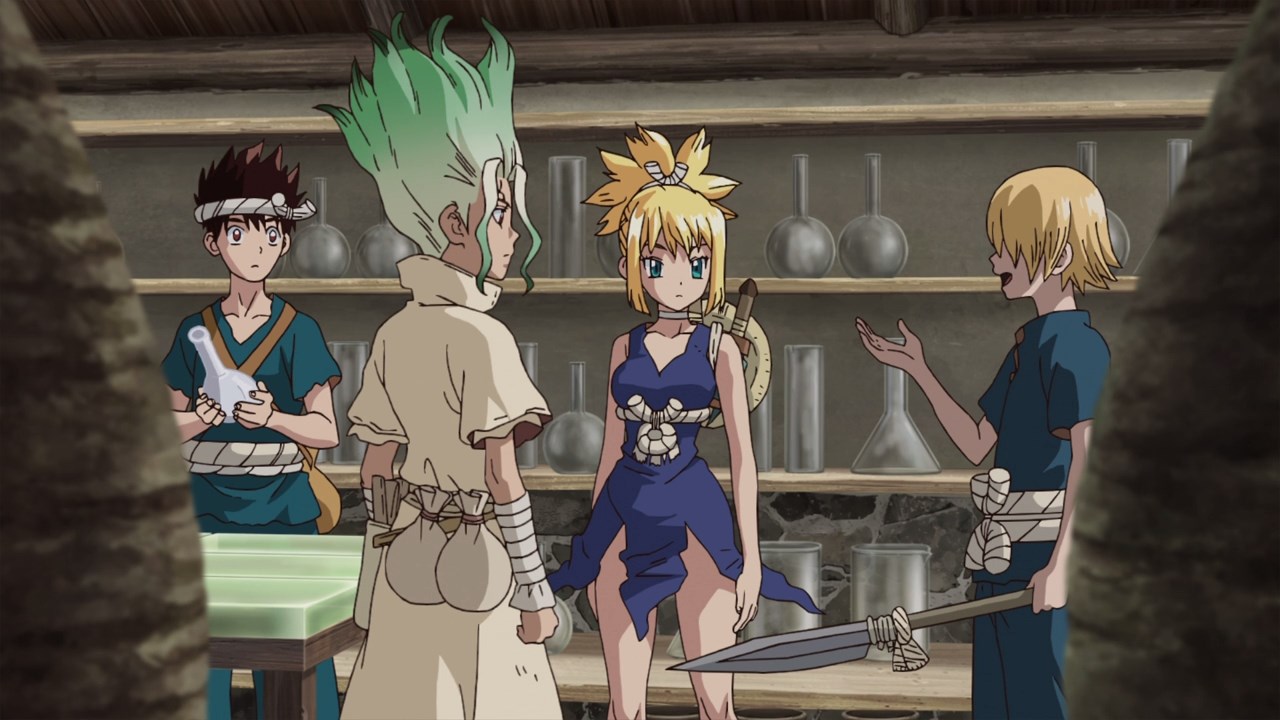 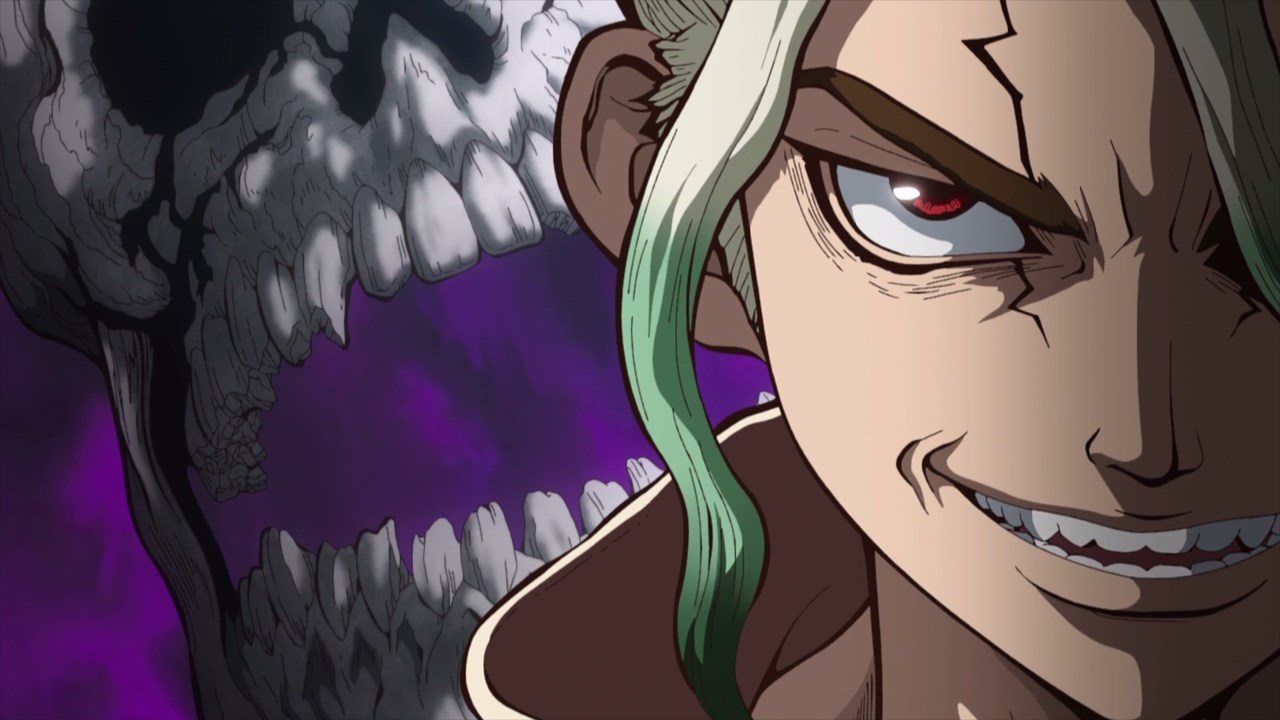 However, making a shiny spear is not easy as Senku needs some materials to make one for Ginro.

Oh and see that skull in the background, it’s a sign that getting the right materials to make a shiny spear is perilous that it might not worth it. 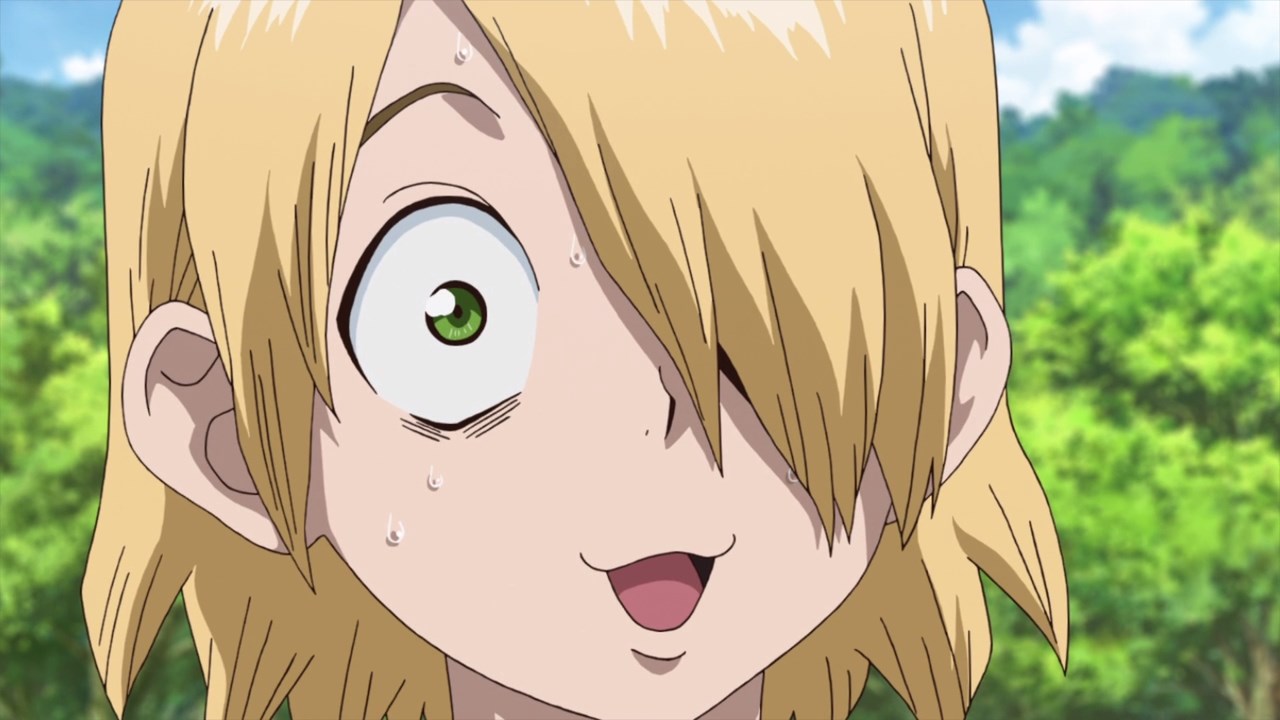 And as for Ginro, it appears that he might not get those materials because he might die. Then again, it would be better if Ginro told Senku about Kinro’s eye condition instead of making a spear made of gold or silver.

Anyways, that’s about it for this episode and man, it appears that Senku’s Kingdom of Science is starting to grow now that he has all the necessary facilities. Of course, they need to focus on the upcoming Grand Bout as it’ll determine the village’s future.