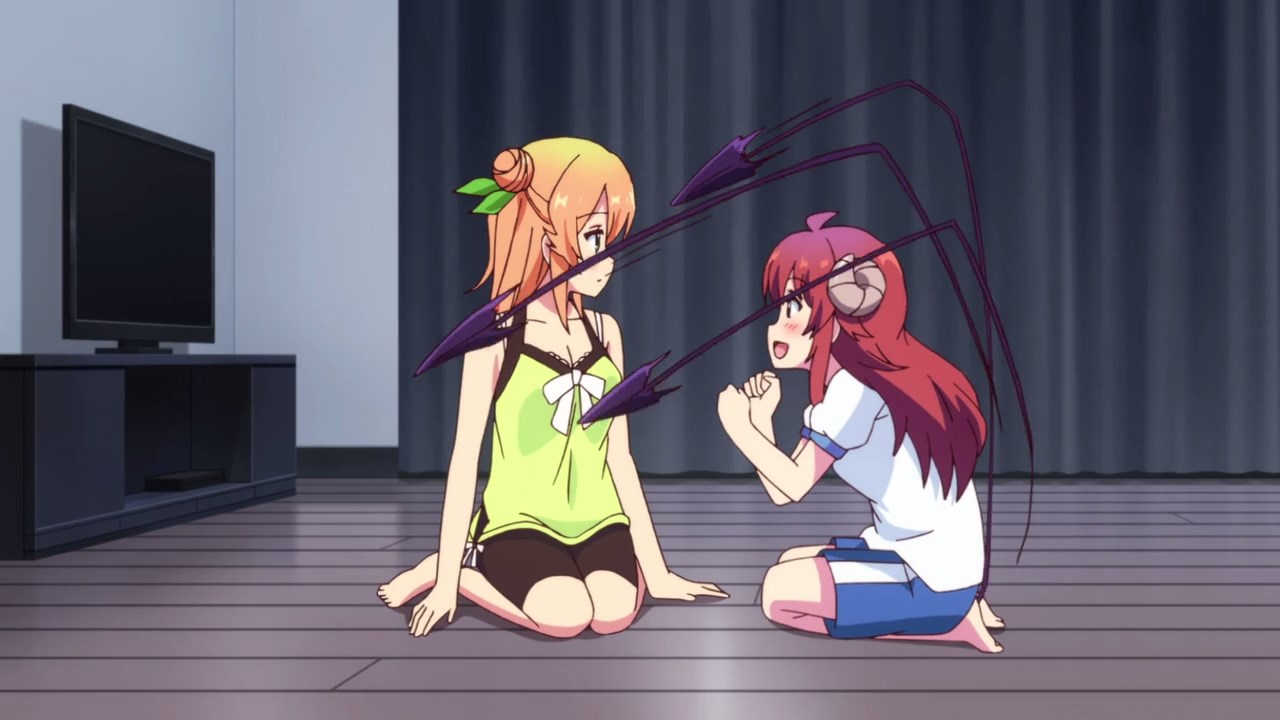 Oh look, it’s Yuko Yoshida as she’s asking Mikan Hinatsuki if she has a secret technique, which Shamiko wants to learn and use it in the future.

Then again, it seems that Shamiko learned a new technique. As you can see, she’s using her tail to pester Mikan! 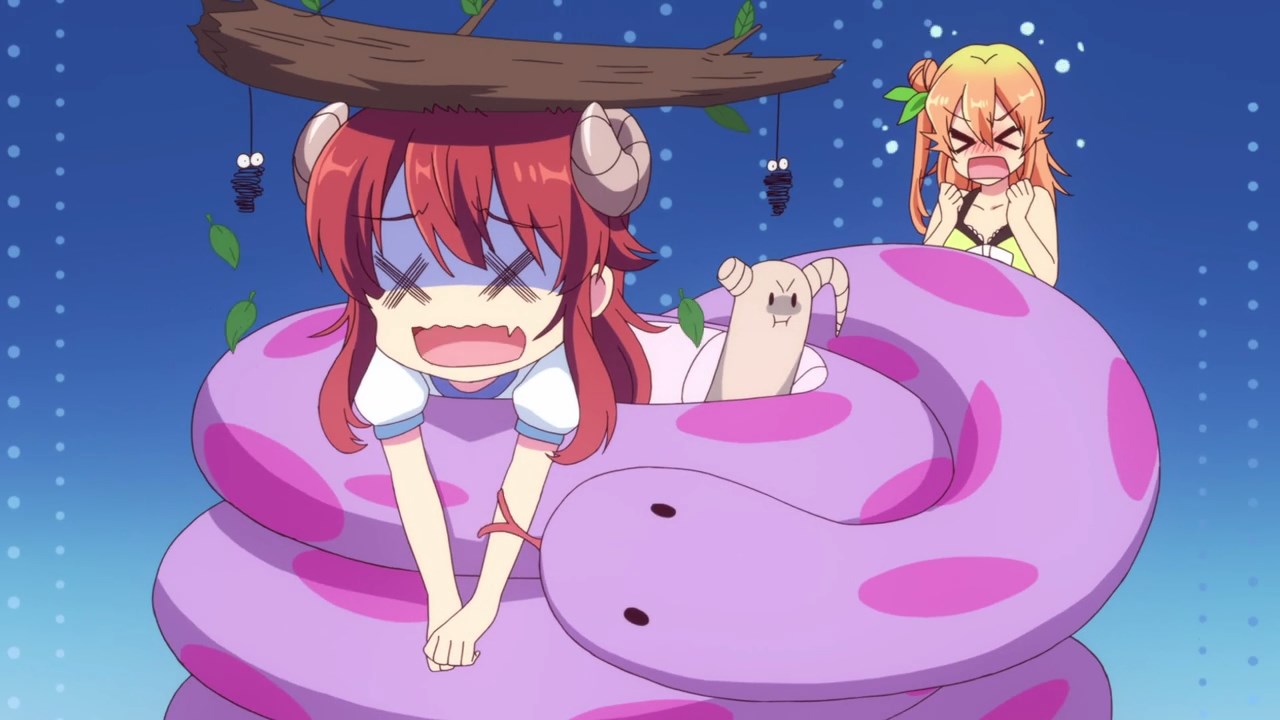 But because of the curse, Mikan felt distressed and summoned a snake to bind Shamiko and her ancestor statue until they can’t breath.

Well then, looks like Yuko won’t learn some secret technique to defeat a magical girl. 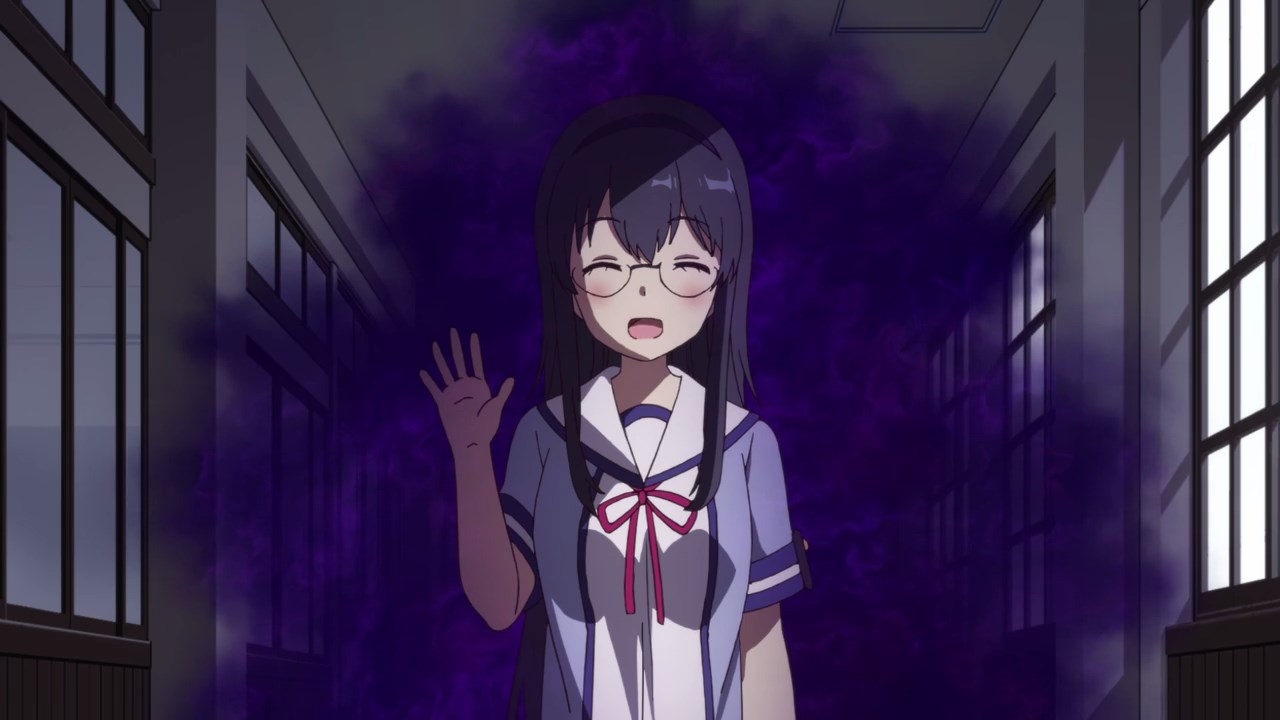 Oh yeah, let’s talk about Shion Ogura as she’s not only the smartest student, but also a peculiar girl who dabbles around black magic. By the way, Ogura didn’t just started learning magic… 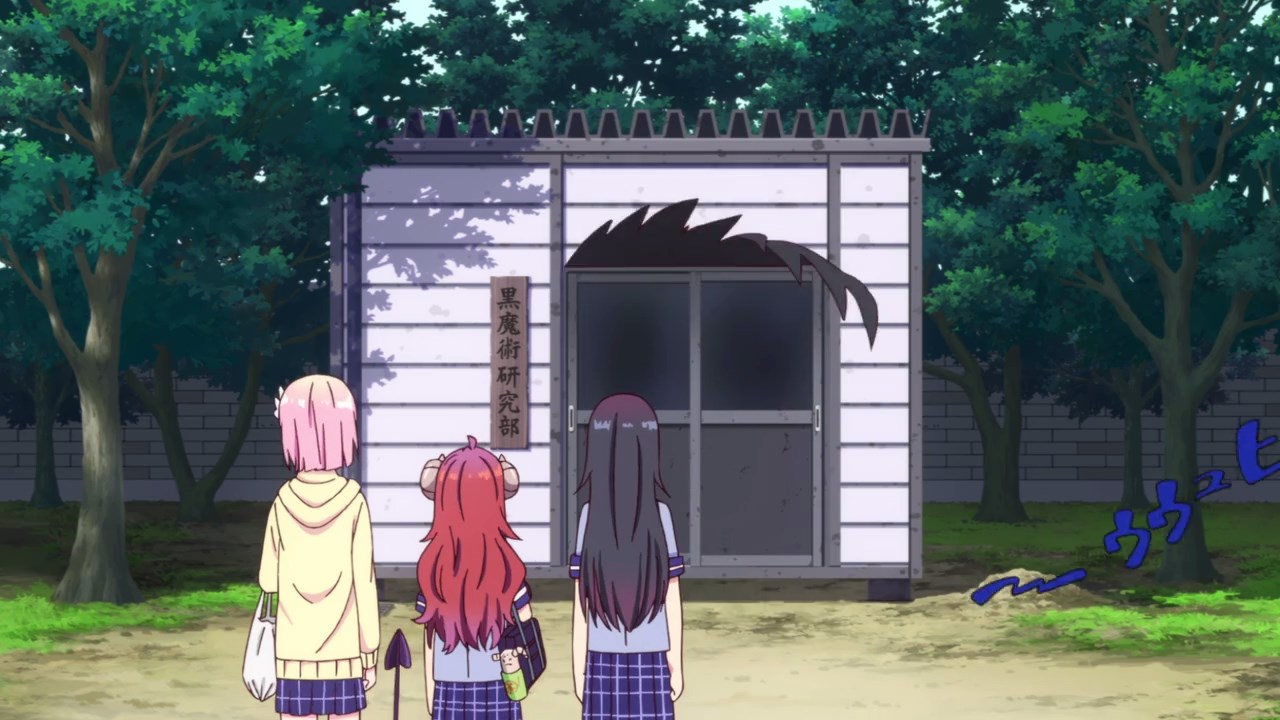 In fact, it turns that she has a black magic club where Shion conducts magic on this tiny shed. Man, I have a bad feeling about this… 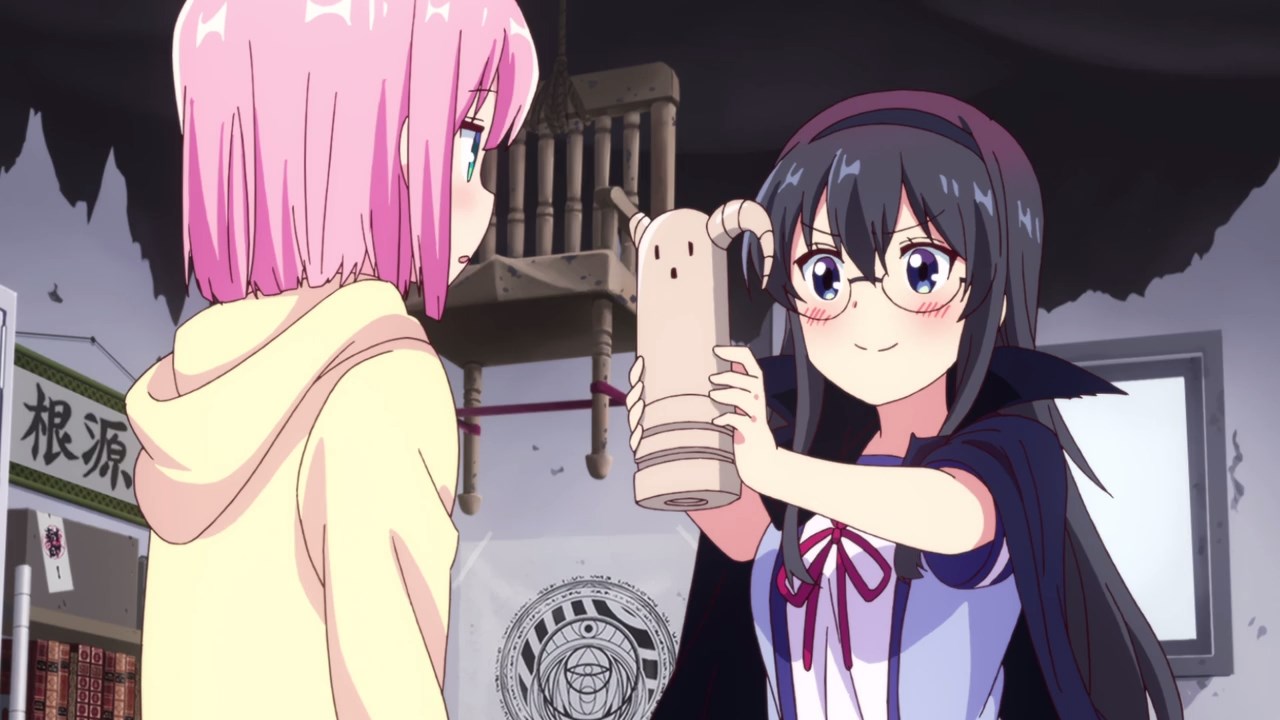 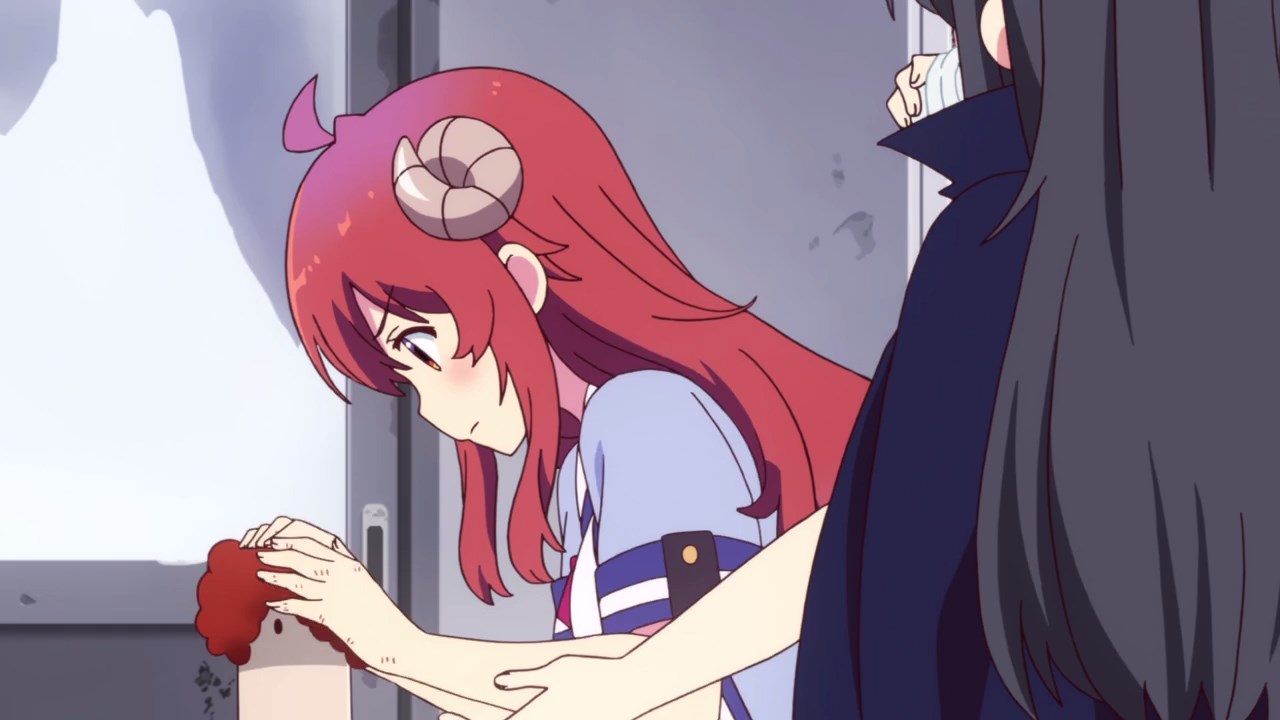 Of course, Yuko will have to do the arduous task of making something out of horse dung… like putting hair on Lilith.

Um, I think this is bullshit when using manure to make something out of it. Would it be nice if Shion provided mud to make some limbs for Shamiko’s ancestor statue. 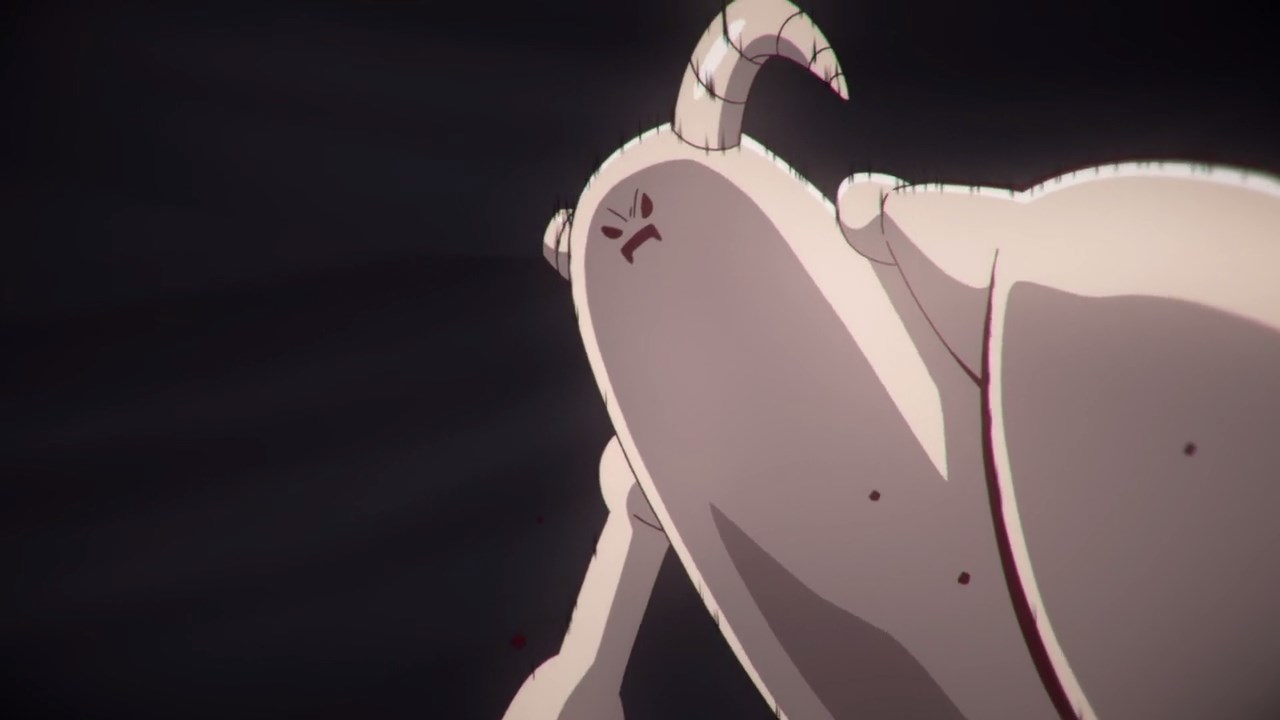 But anyways, here’s the ancestor statue making its first step. Man, it’s like I’m watching the RX-78-2 Gundam rising up for the first time! 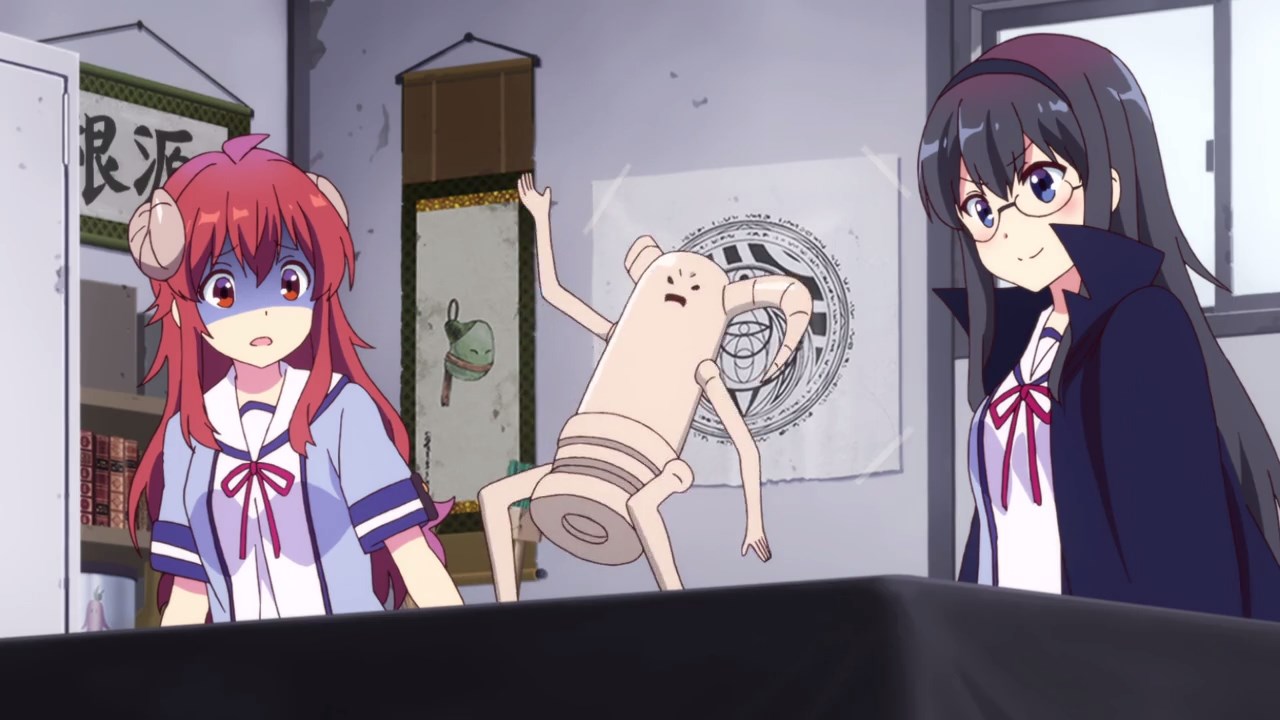 Then again, the ancestue is having some balance issues. I guess Shamiko put those legs on the side insted on the bottom. Oh, and the limbs are pretty thin too. 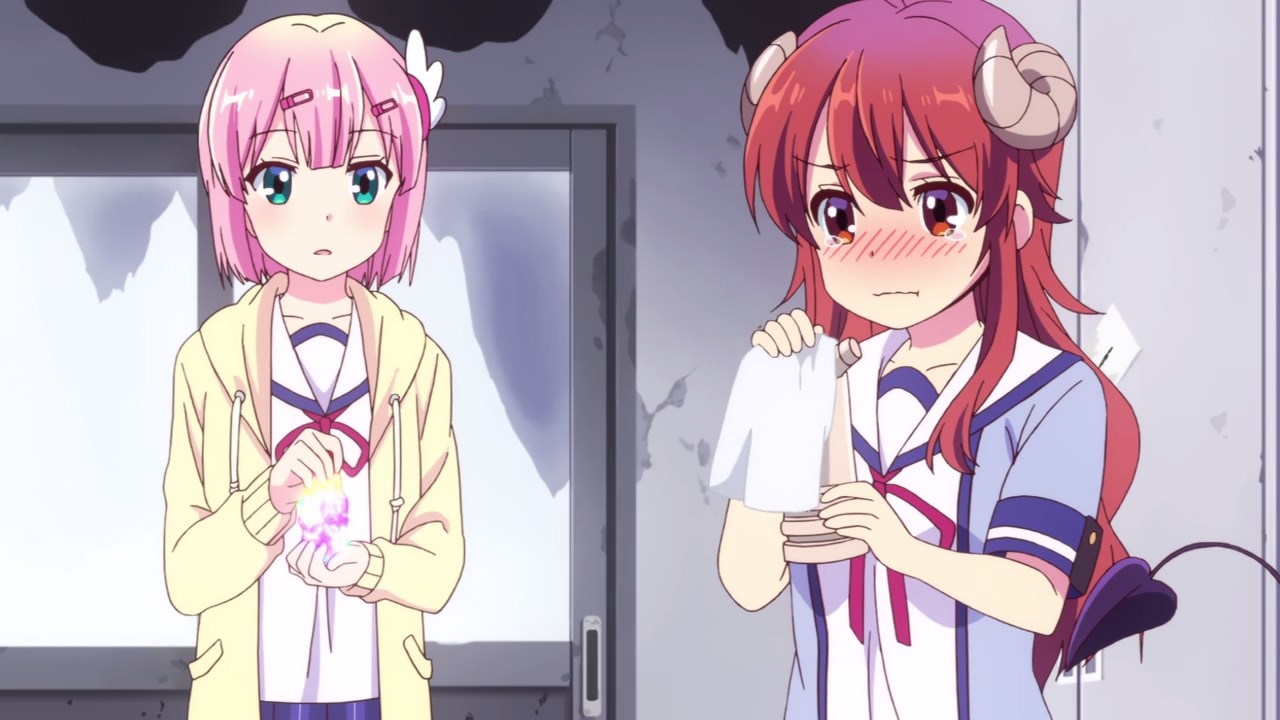 On the other hand, here’s Momo Chiyoda where she created something useful made from horse manure. You know what, handling animal excrements is disgusting! 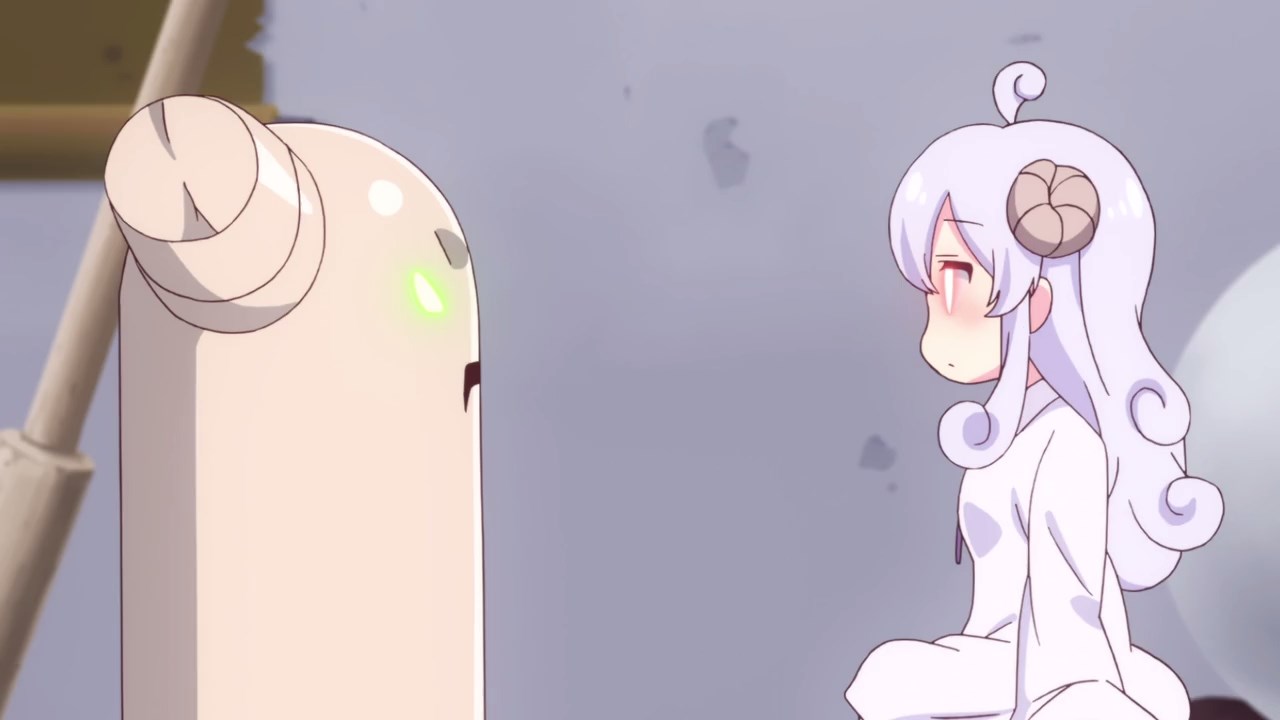 Anyways, Momo made a cute doll in which Lilith can transfer her soul onto her new body. 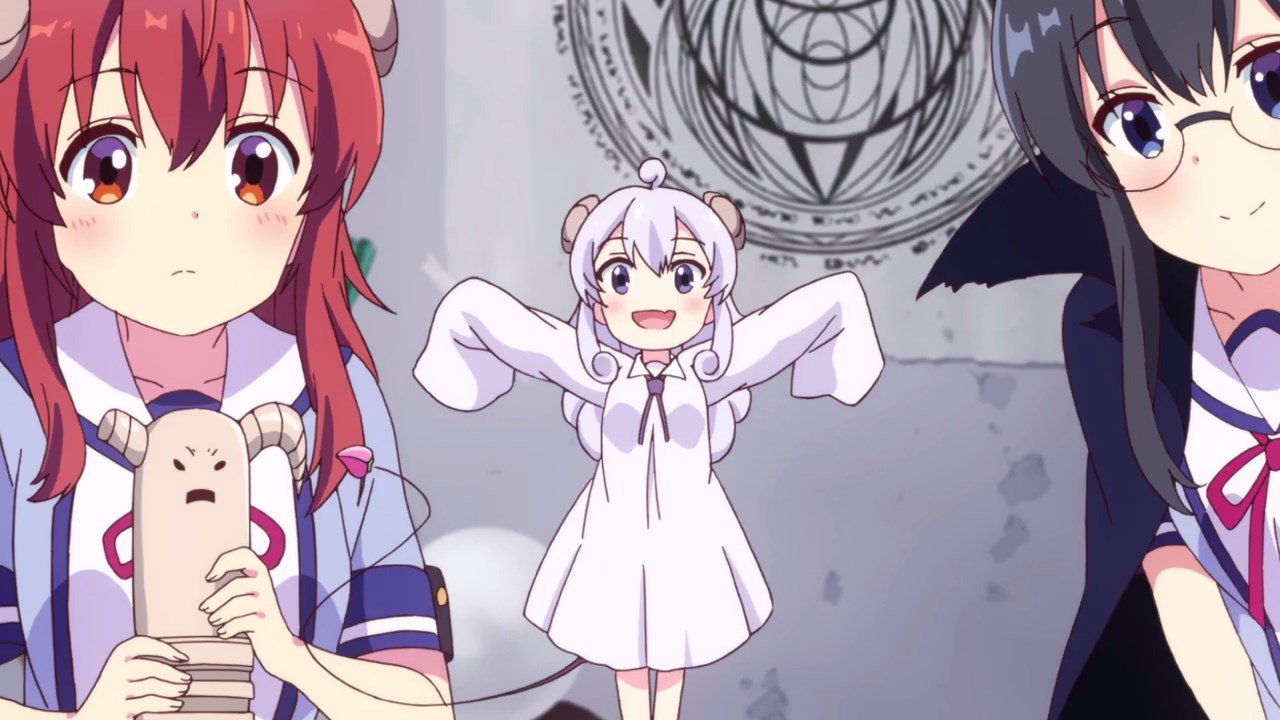 And as you can see, Lilith can finally move which means that she can defeat the magical girls and conquer the world! 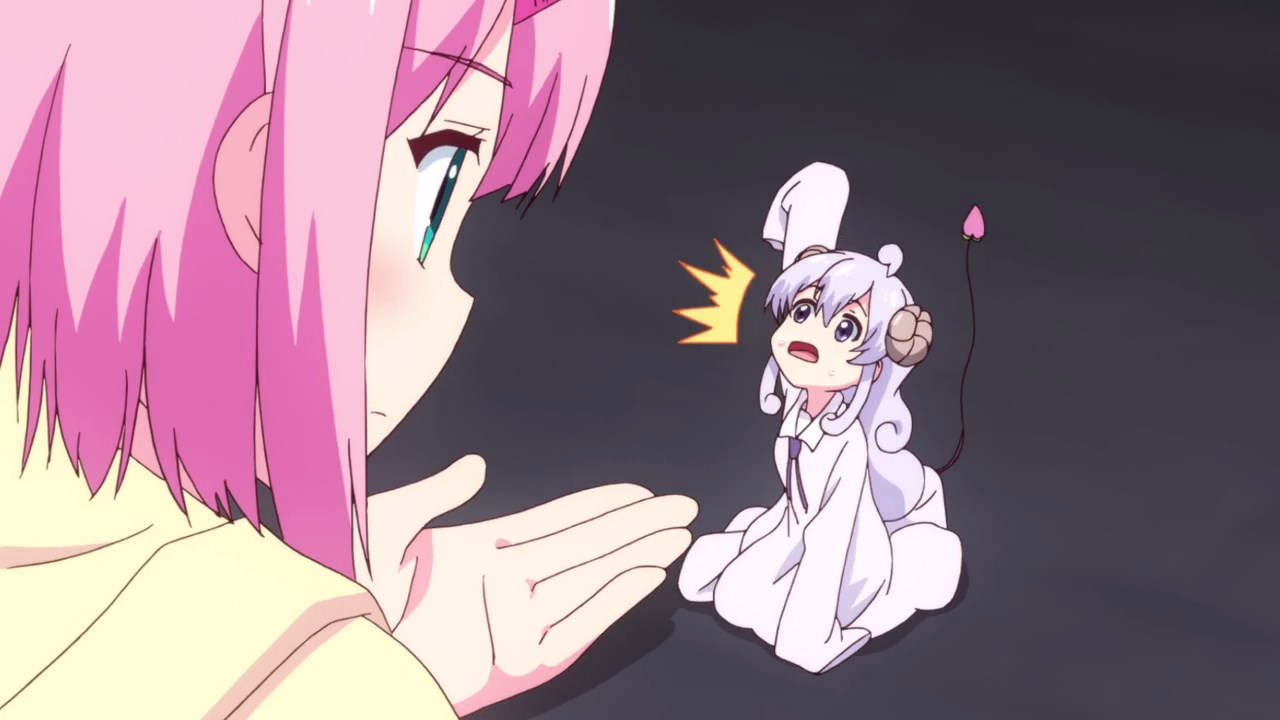 Unfortunately, Lilith’s plans to bring the Dark Clan to prominence will be cut short as it turns out that her vessel is being controlled by Momo.

C’mon, this magical girl used her powers to make that cute doll, meaning that Lilith can’t do anything when Momo told her to shake her hands… 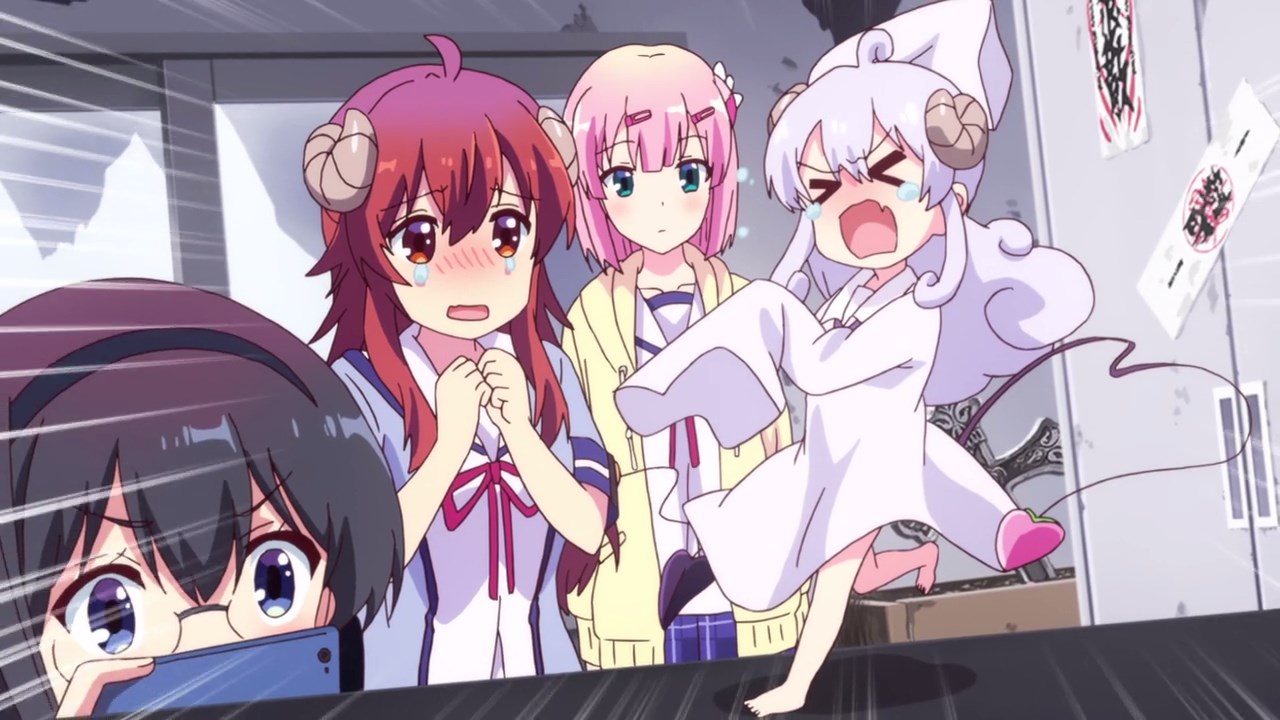 …or even dance. Yeah, looks like Lilith can’t win against Momo Chiyoda. Also, turns out that her cute vessel will revert to a pile of dung after a few minutes. 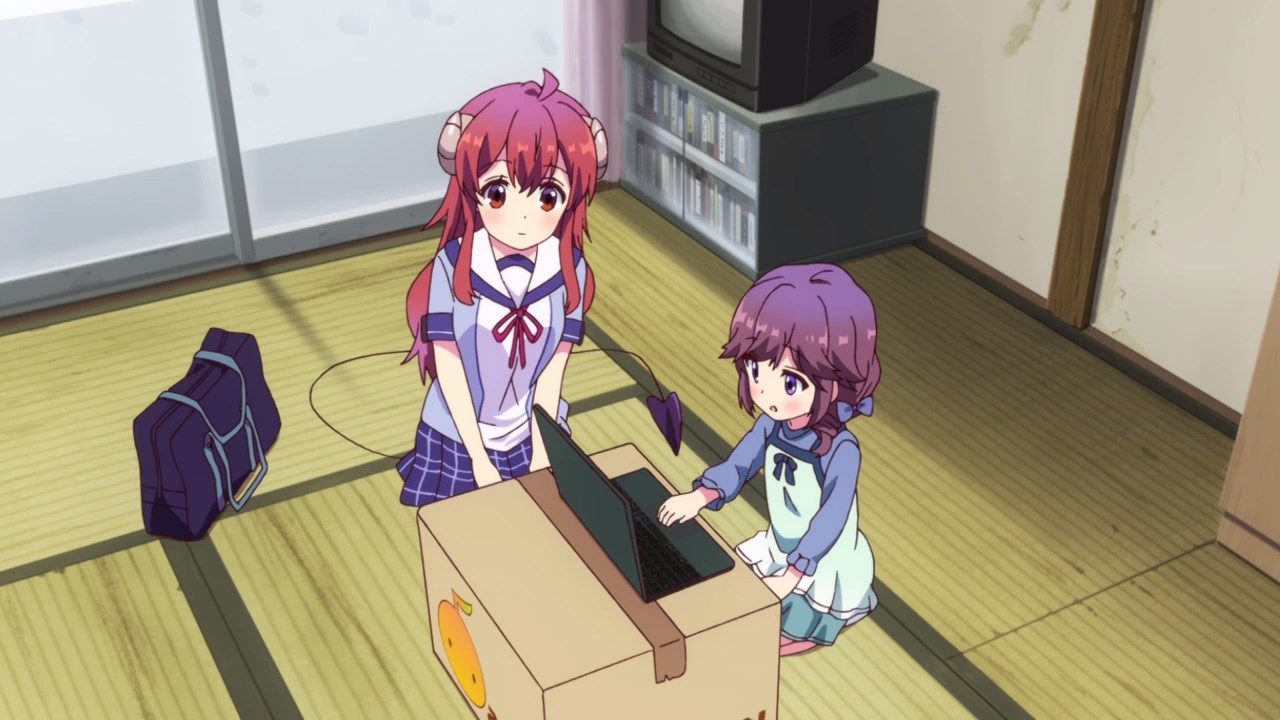 Back at the Yoshida residence, it appears that Ryoko encountered some hiccups on Momo’s laptop. Wait, don’t tell me that Ryoko unexpectedly downloaded a virus!? 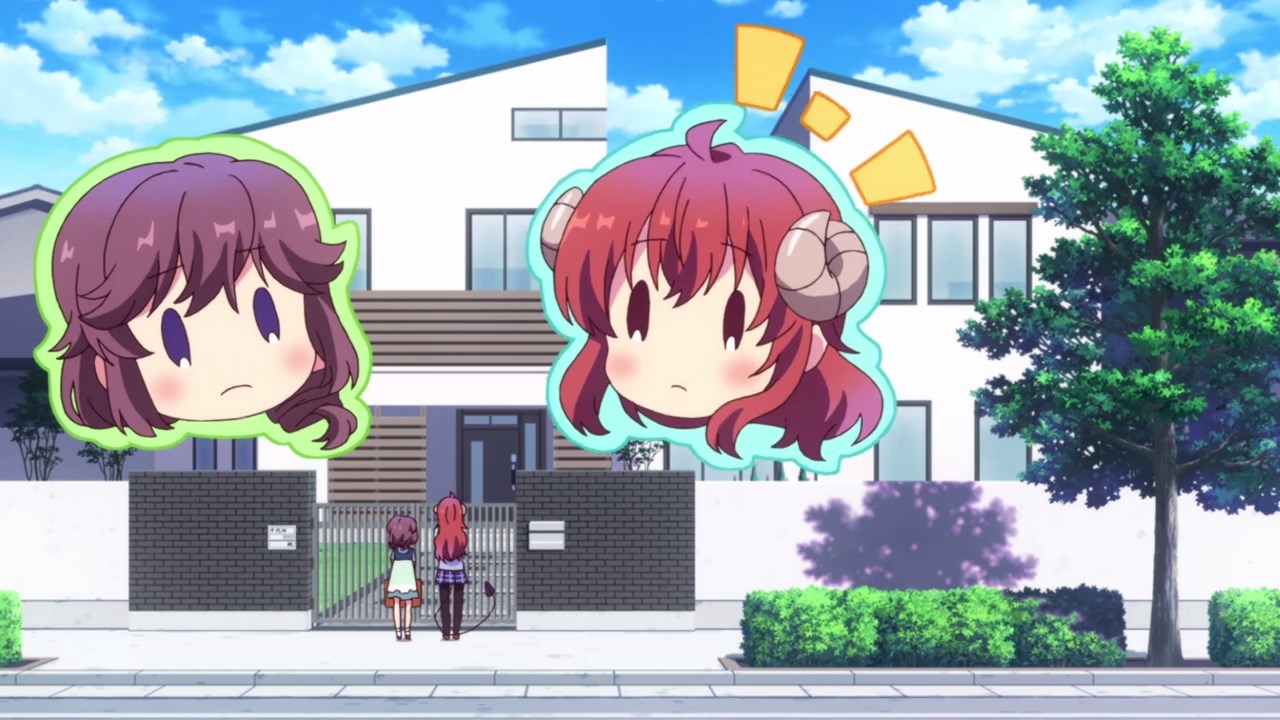 But you know what, let’s go to Momo’s mansion where Ryoko compare it as some sort of a fortress of a final boss. Then again, Momo Chiyoda is just living by herself! 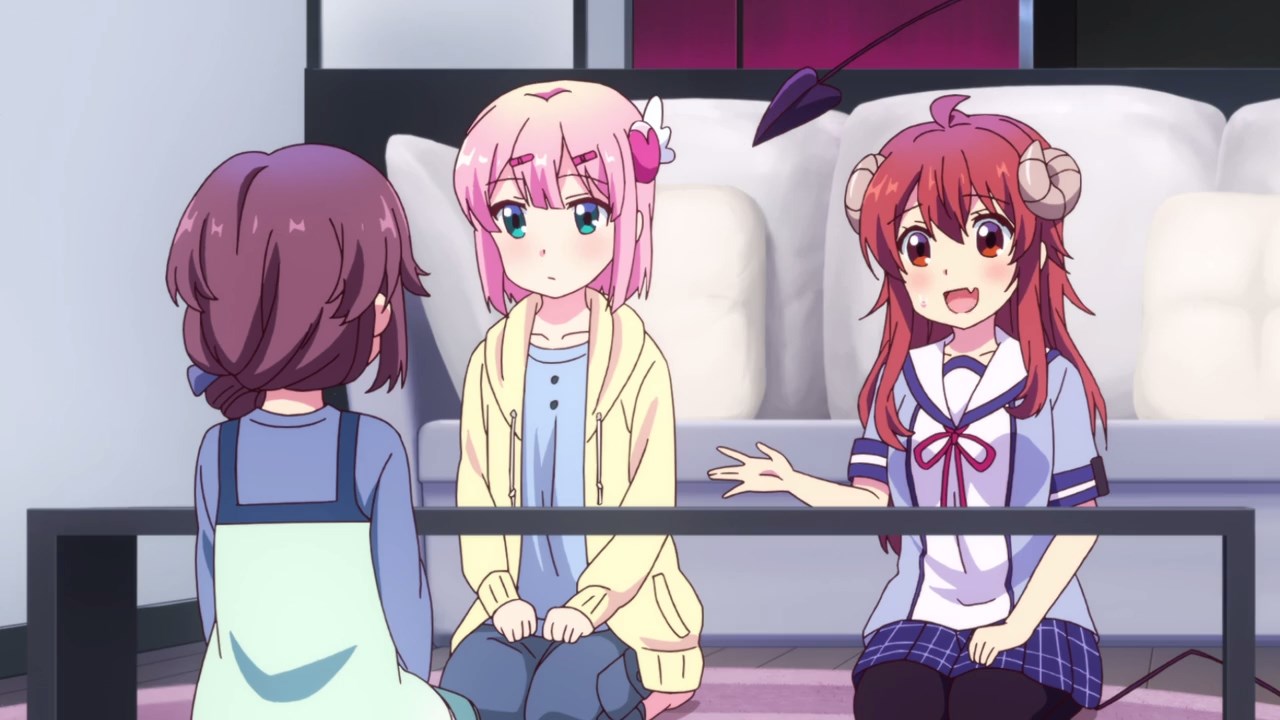 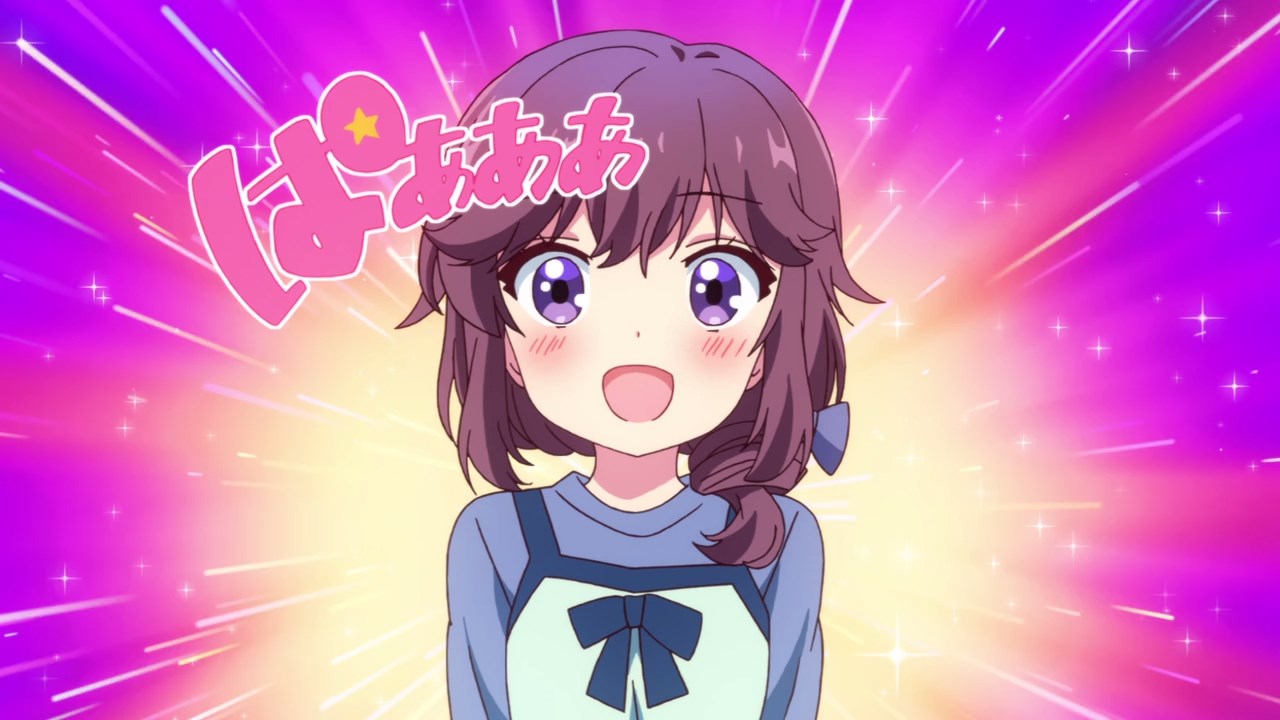 But, she was surprised that her sister Yuko recruited Momo to the Dark Clan’s cause. Um Ryoko, you got it all wrong because Yuko is getting trained by Momo so she can surpass the magical girl! 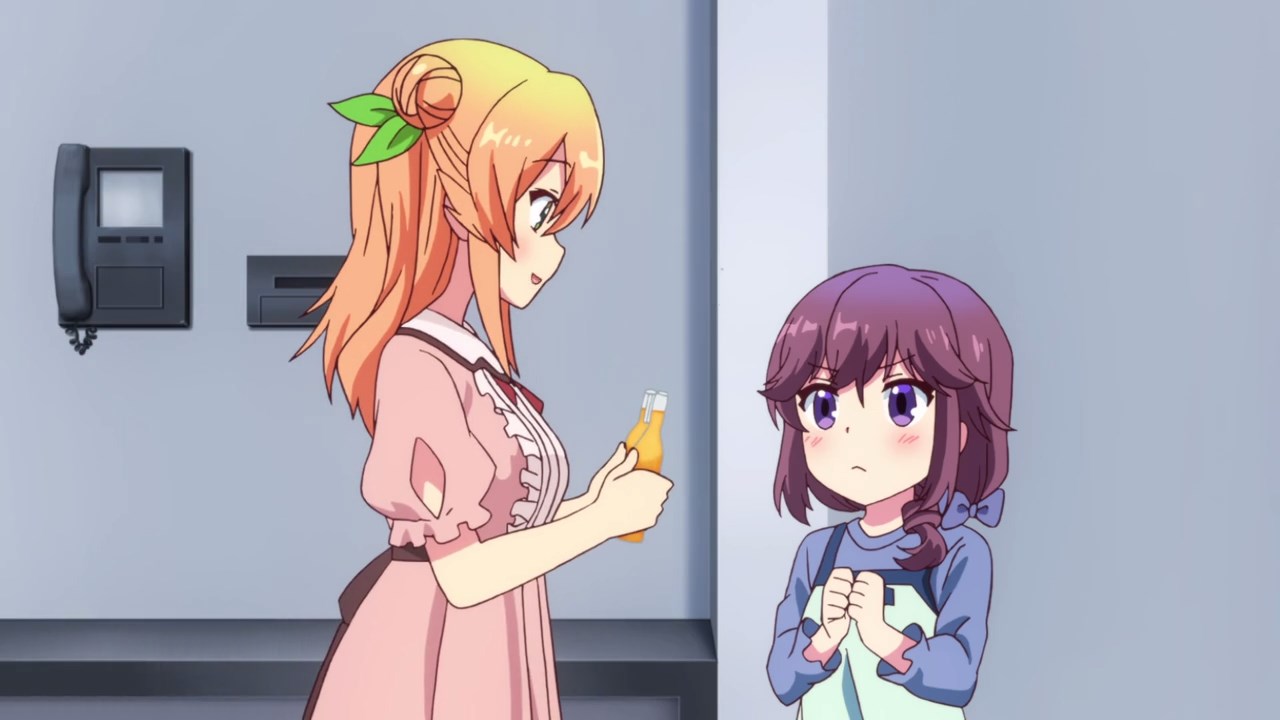 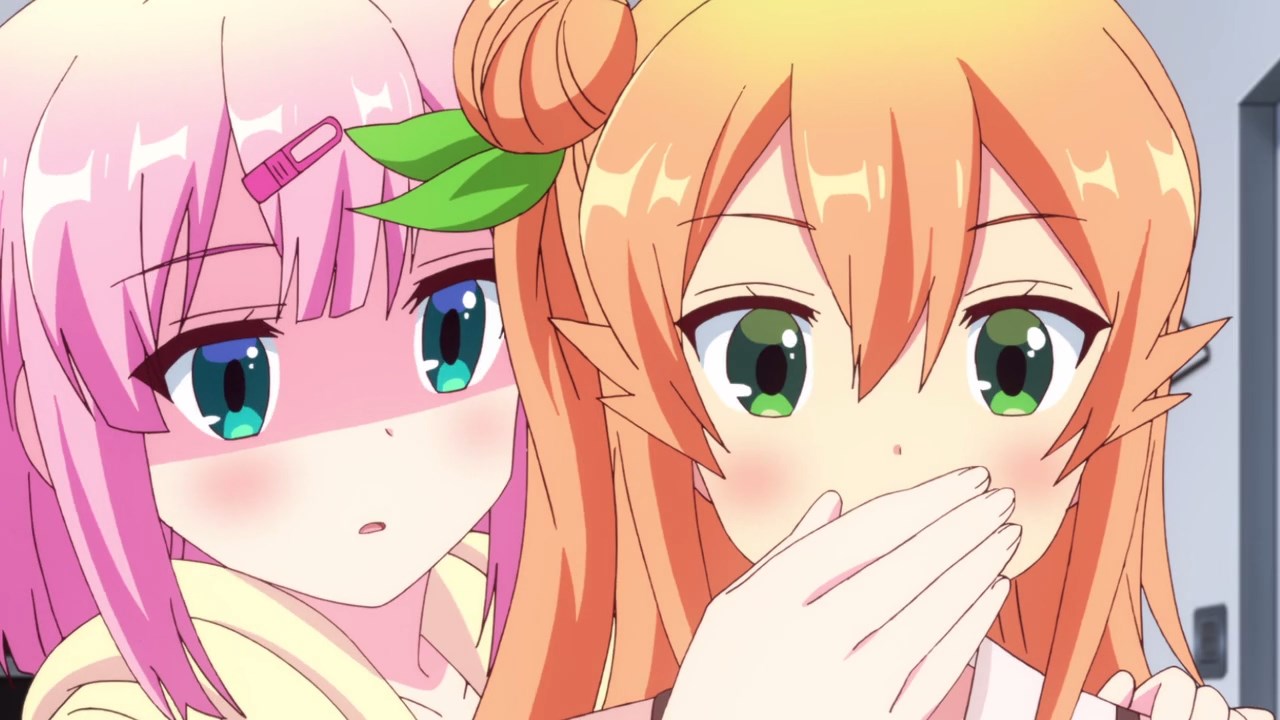 Speaking of Momo Chiyoda, she told Mikan to play along with their lies or Ryoko might get hurt upon hearing the awful truth. 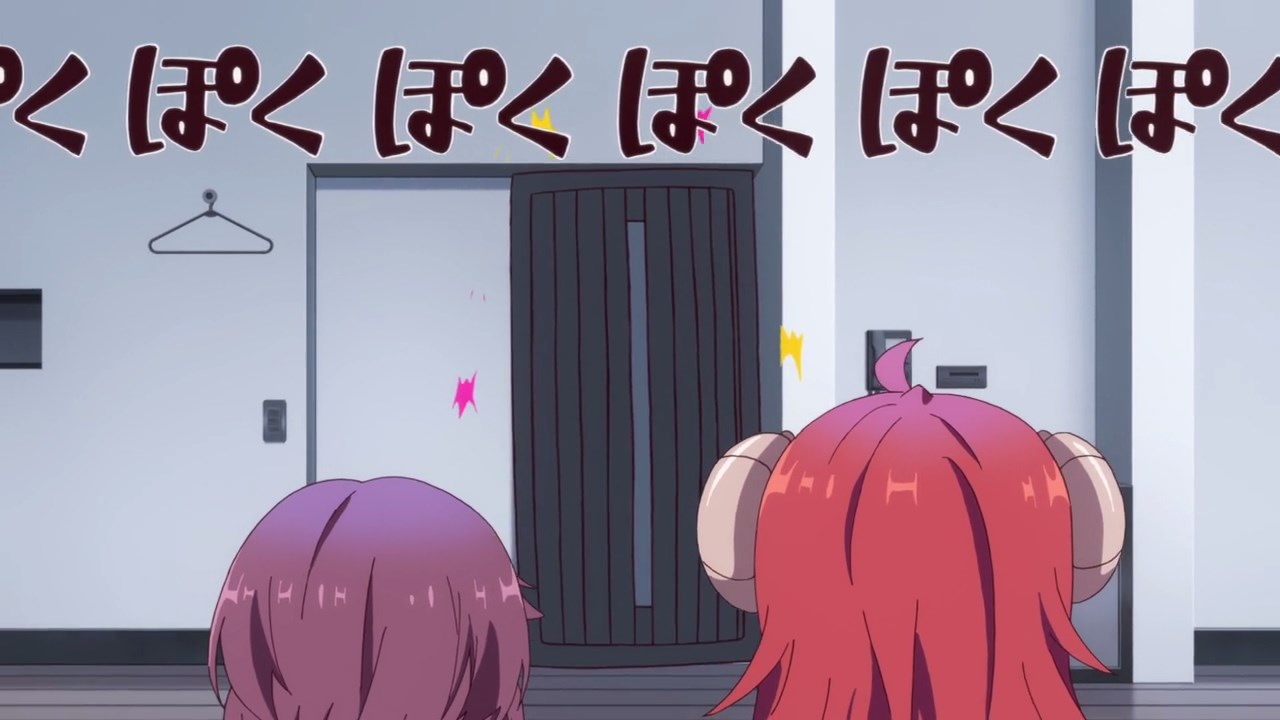 Oh, and she go as far as harassing Mikan Hinatsuki in which Momo will get afflicted with bad luck along the way. Well, looks like Ryoko won’t know the true relationship between Shamiko and Momo. 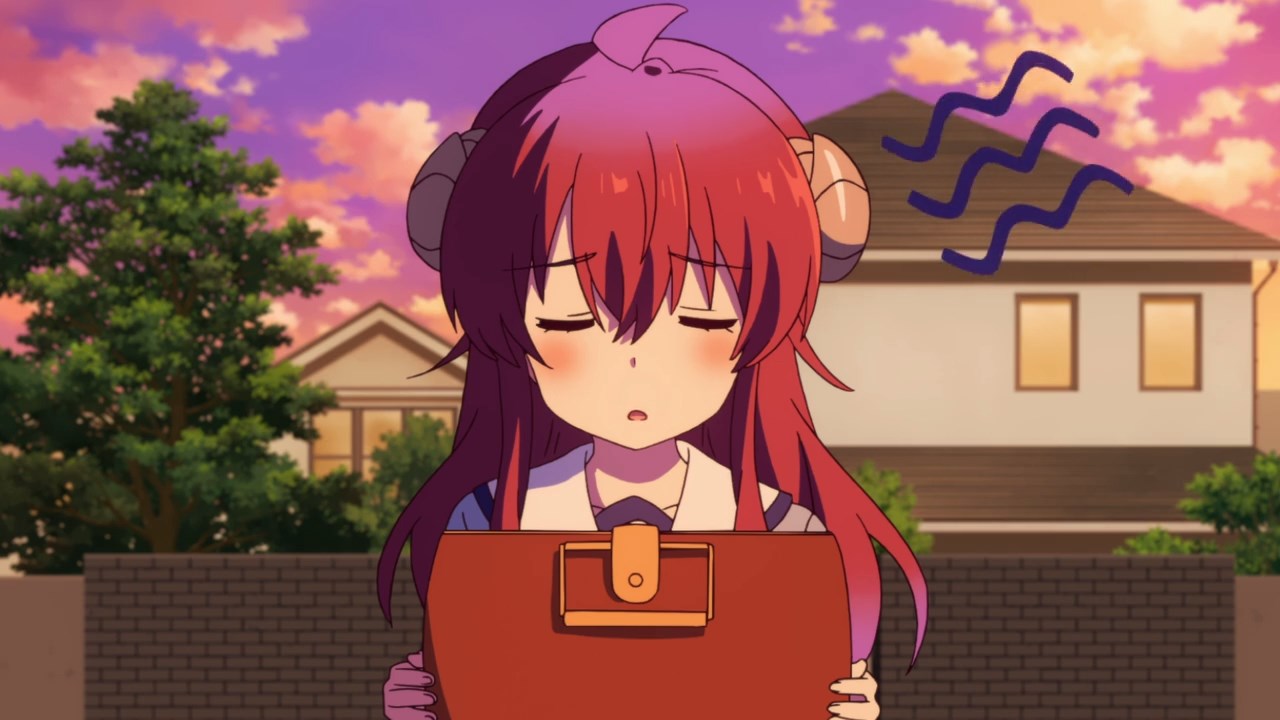 As for Momo’s laptop, she told Yuko and Ryoko to cool it down because it’ll get throttled when they use it for longer periods, especially when they don’t have air conditioning.

So yeah, Momo’s laptop didn’t have any viruses nor having hardware failure ’cause it’ll be expensive to fix it. 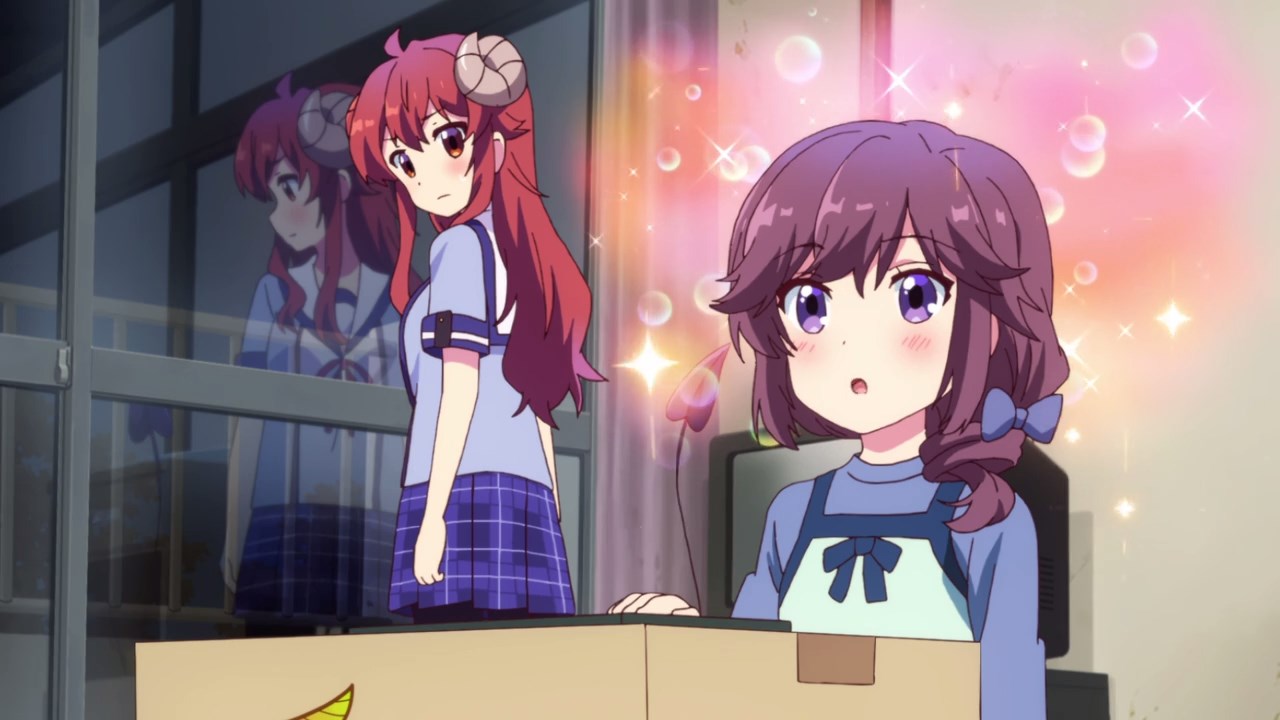 Speaking of Ryoko Yoshida, she’ll do anything to become Yuko’s advisor but you know what, I think Ryoko should get a scholarship, enroll at a prestigious college, and get a wonderful job after graduation. C’mon, she’ll become a genius if Ryoko studies hard! 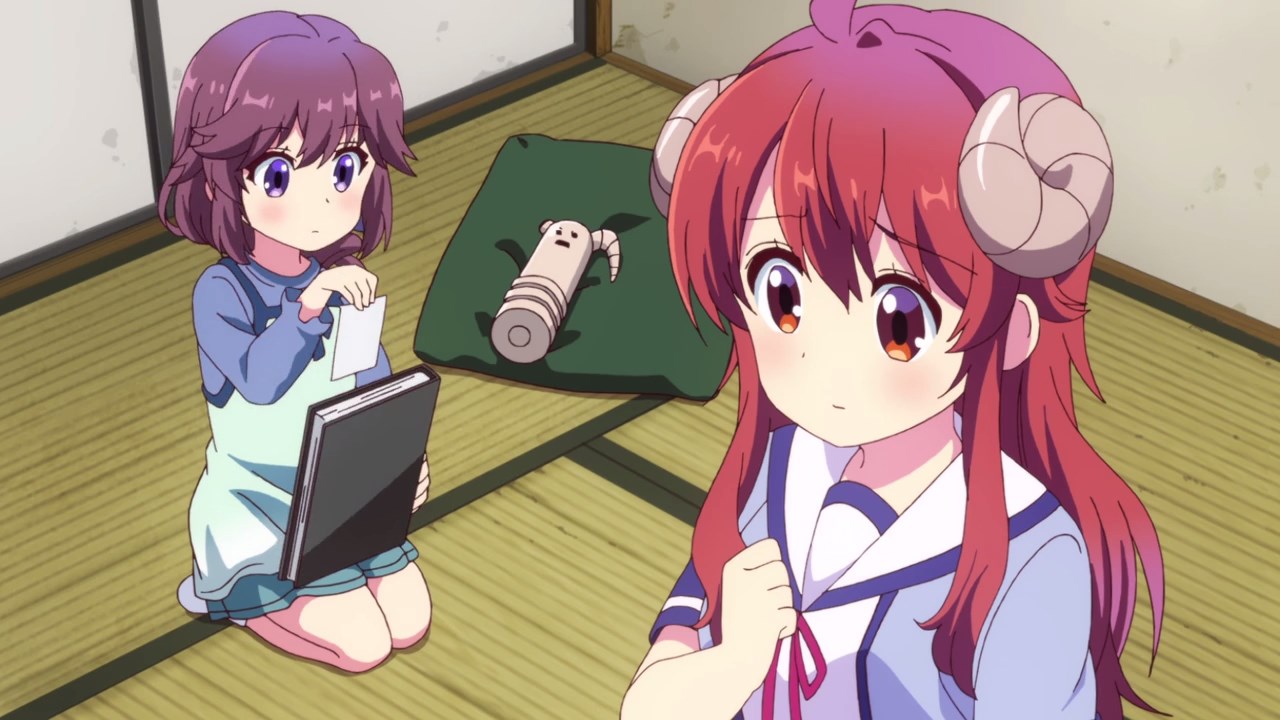 One more thing, Ryoko Yoshida found something from her book… 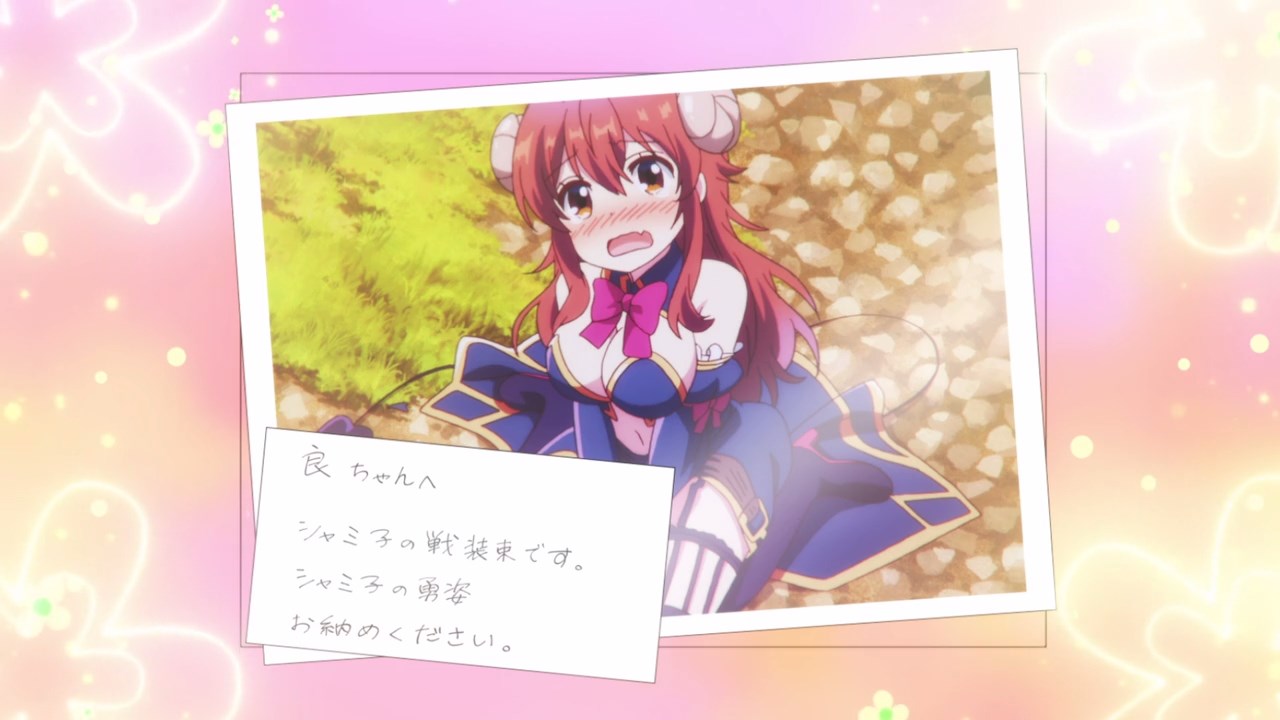 Turns out that she found an embarrassing picture of Yuko wearing the Crisis Management costume. Man, did Momo took that photo? 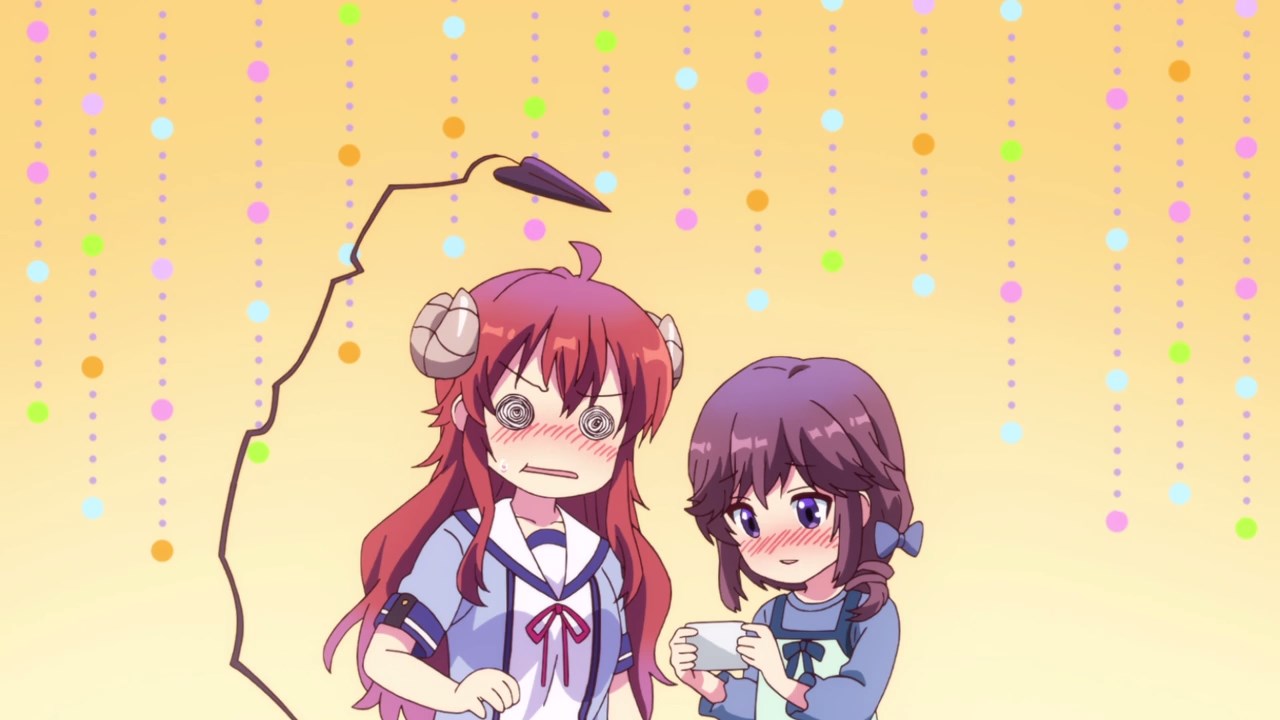 Even Shamiko couldn’t believe that someone like Momo would take a picture of her and stuff inside a book. As for Ryoko, she was impressed by her sister’s costume, but I think Ryoko shouldn’t wear those things yet. 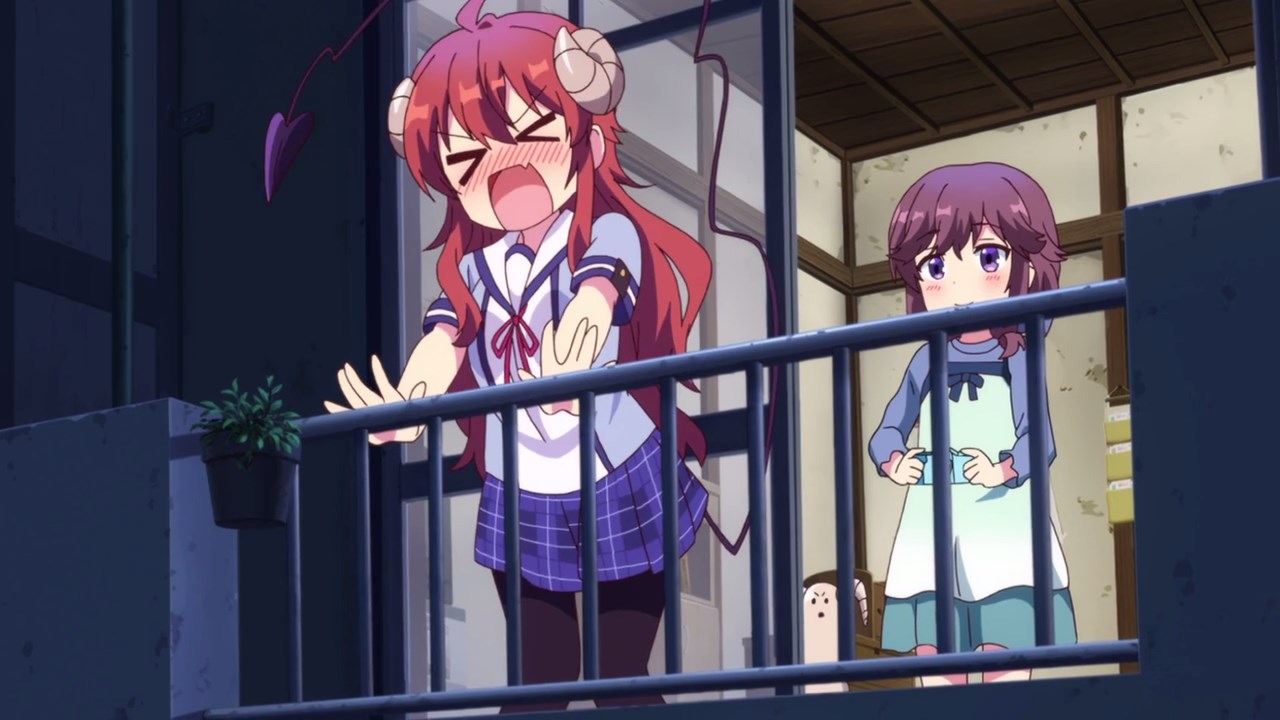 But that’s the end of Episode 10 and man, Yuko Yoshida is mad that Momo Chiyoda would take a picture of her during Crisis Management mode.

I’ll see you next time for the penultimate episode but still, I think Shamiko won’t even beat a magical girl because she’s still weak to attack either Momo or Mikan.