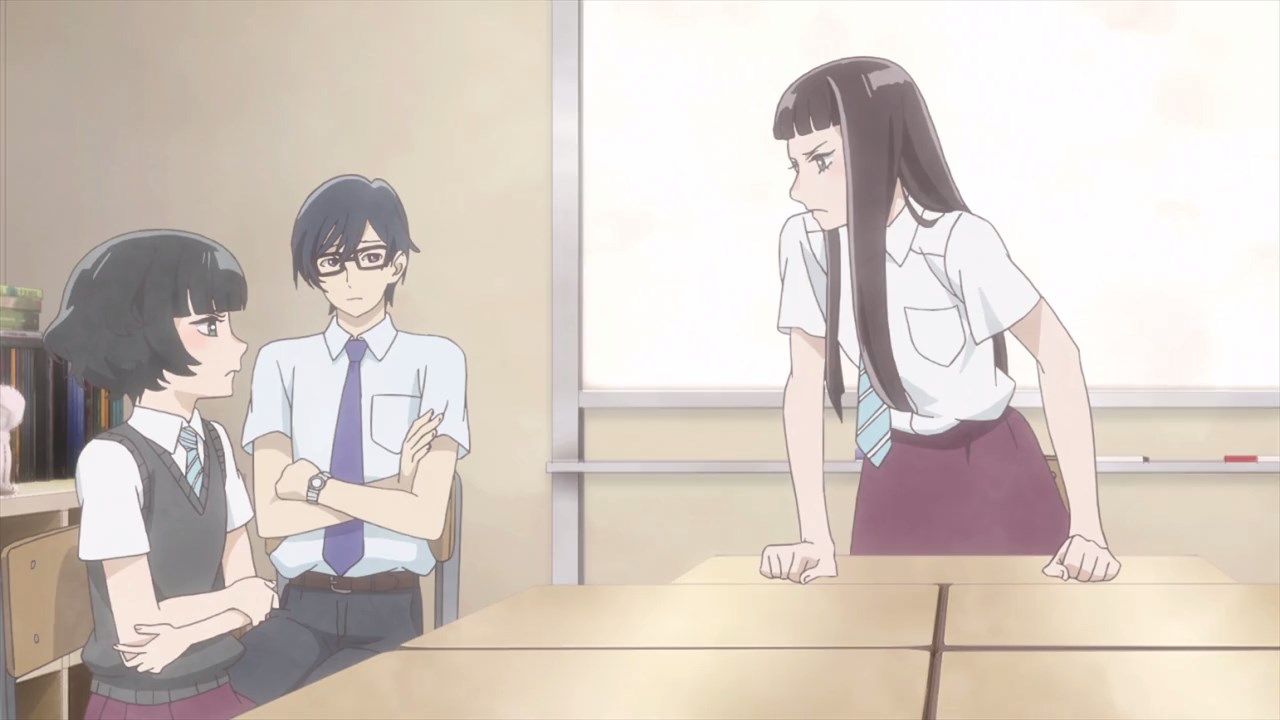 Well everyone, it appears that the Literature Club is facing a crisis as the members found out regarding Sonoe Juujou dropping out of school.

It appears that there are disadvantages when having a relationship with an opposite sex, but what concers me the most is the integrity of the club as you have Hitoha Hongou and Rika Sonezaki having a staredown. After all, Rika Sonezaki saw Hitoha Hongou taking a ride on Tomoaki Yamagishi’s car which is very dangerous that’ll put their lives and reputation at risk. 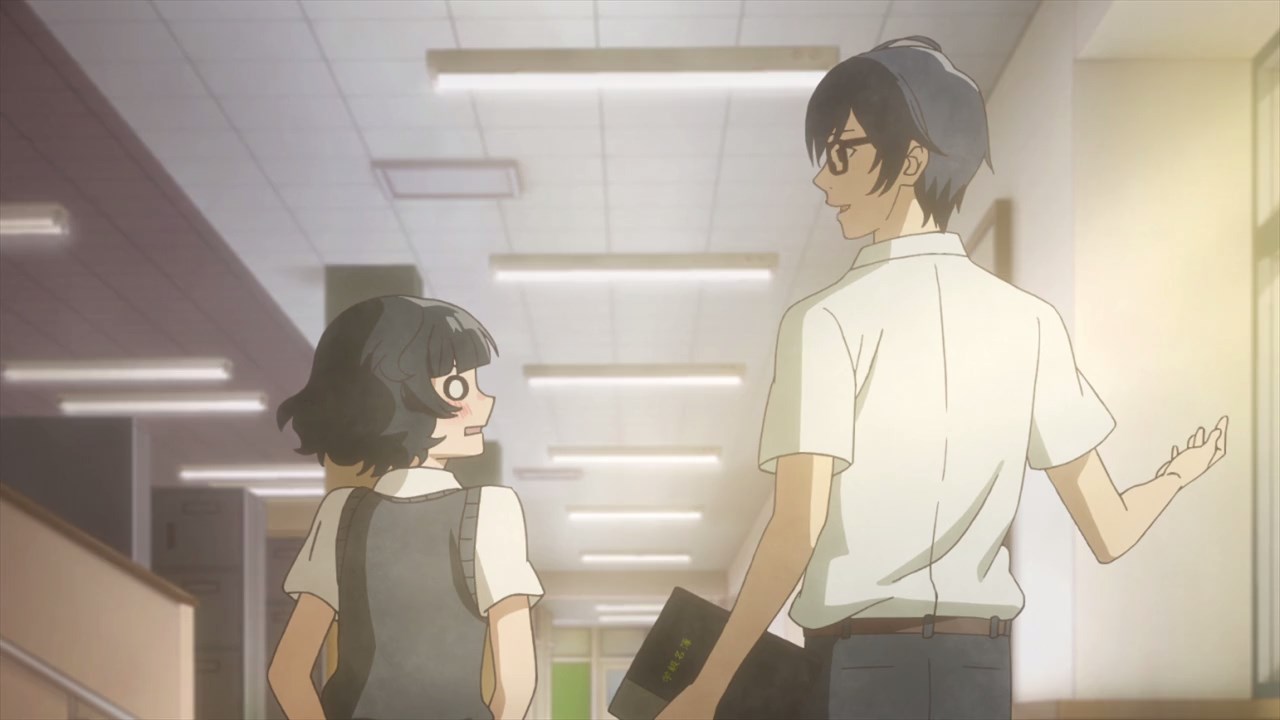 Speaking of both Hongou and Yamagishi-sensei, they know that they committed a grave sin of going to a love hotel and while Yamagishi’s teaching career might be over, he told Hitoha that she’ll have a future as a novelist. 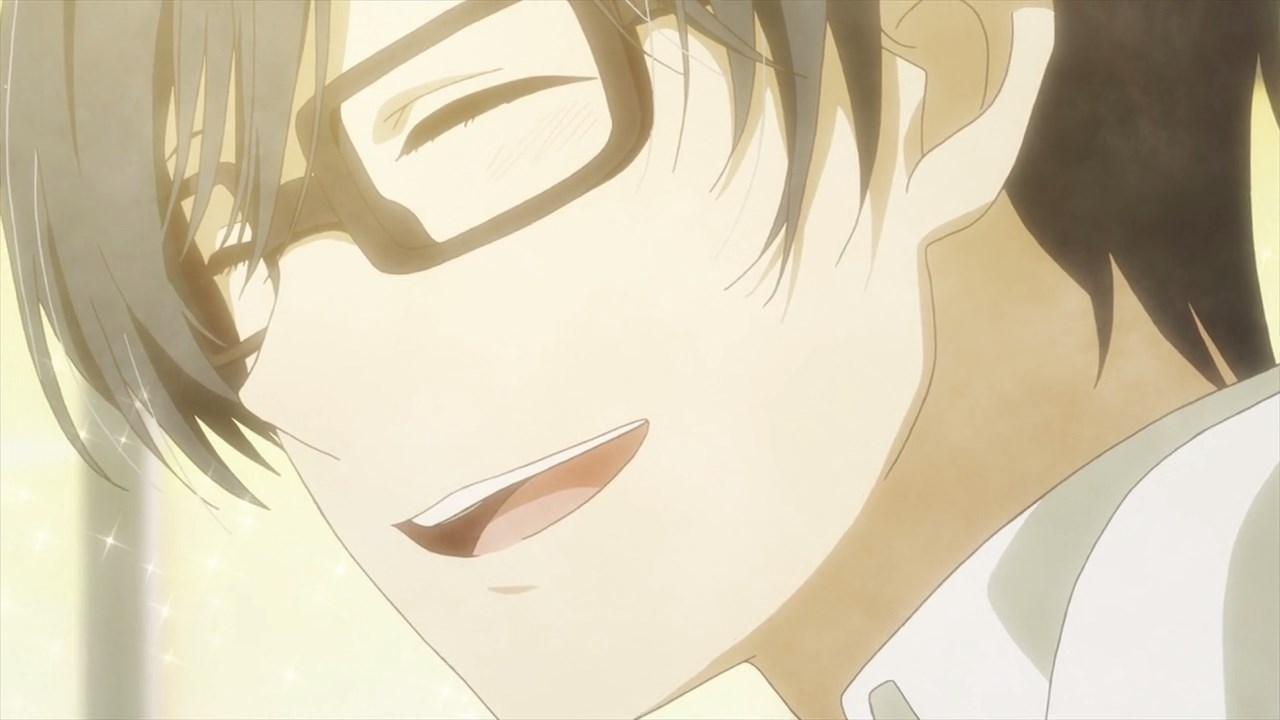 But as for Tomoaki Yamagishi, he’ll spend his time as a teacher with a smile on his face until someone decides to drop the banhammer on him. 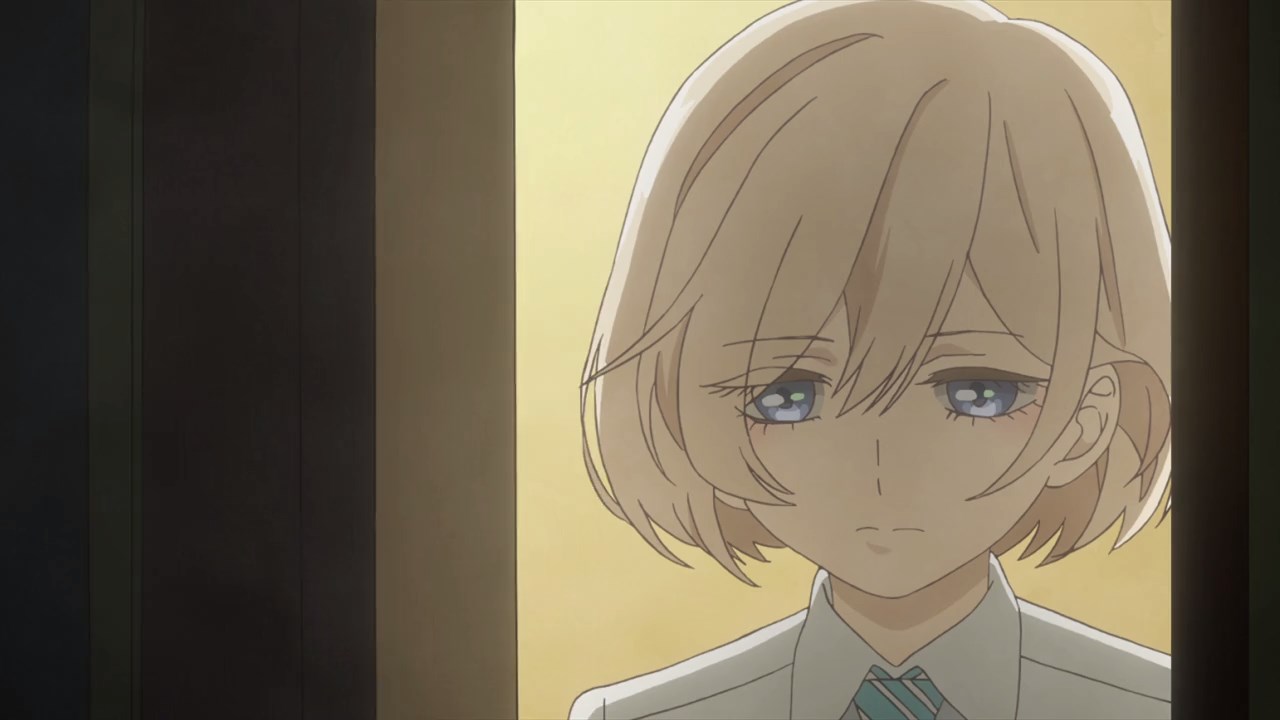 Meanwhile, here’s Niina Sugawara as she went to a hotel to see someone she knows for a long time… 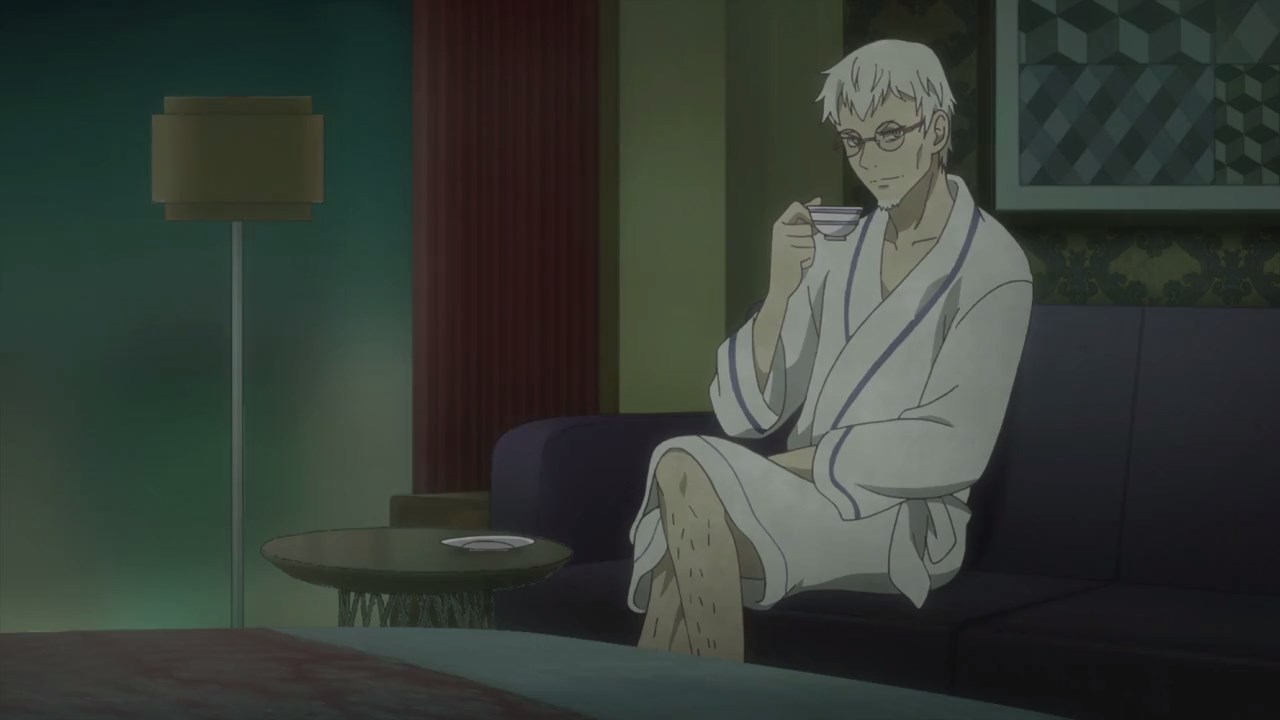 Someone like Hisashi Saegusa in which this director is wearing nothing but a bath robe. Come to think of it, I feel that he really wants to have sex with Sugawara as she wants to end her childhood innocence. 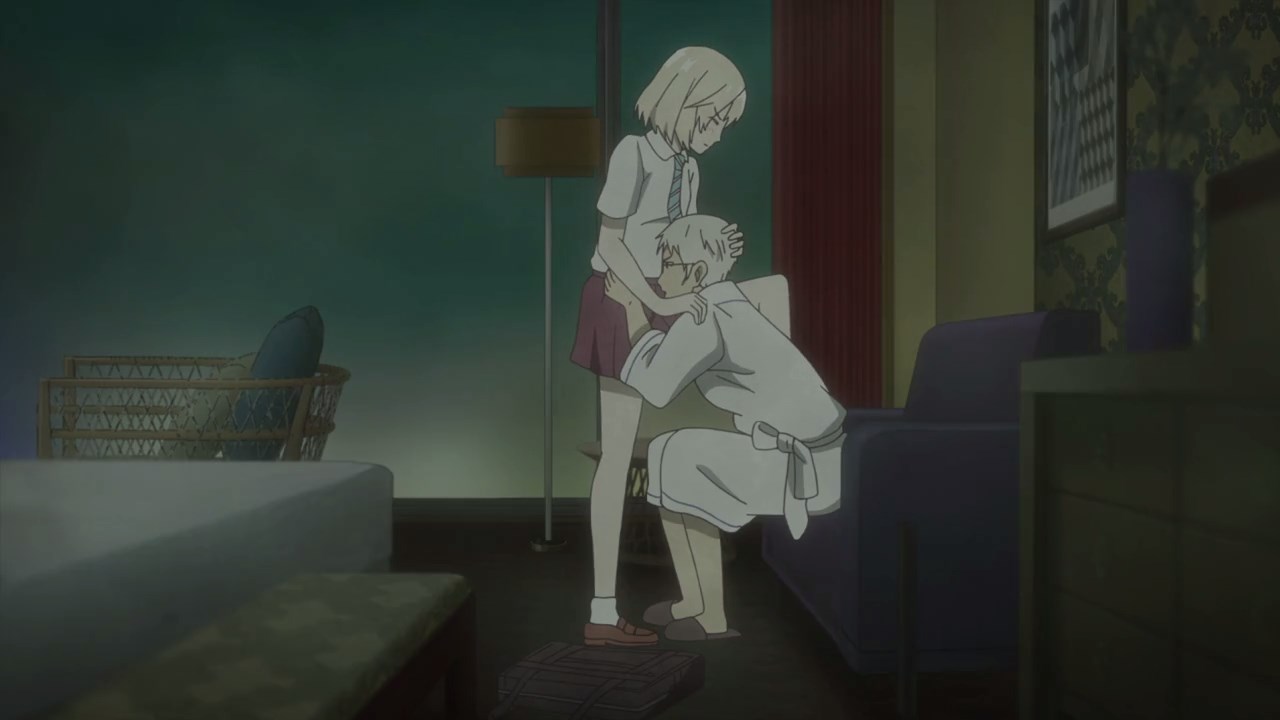 Anyways, Director Saegusa proceeds to do his deed, starting with a kiss on Niina’s navels. Fetish aside, Sugawara’s mind and body is itching to have her virginity taken by a dirty man. 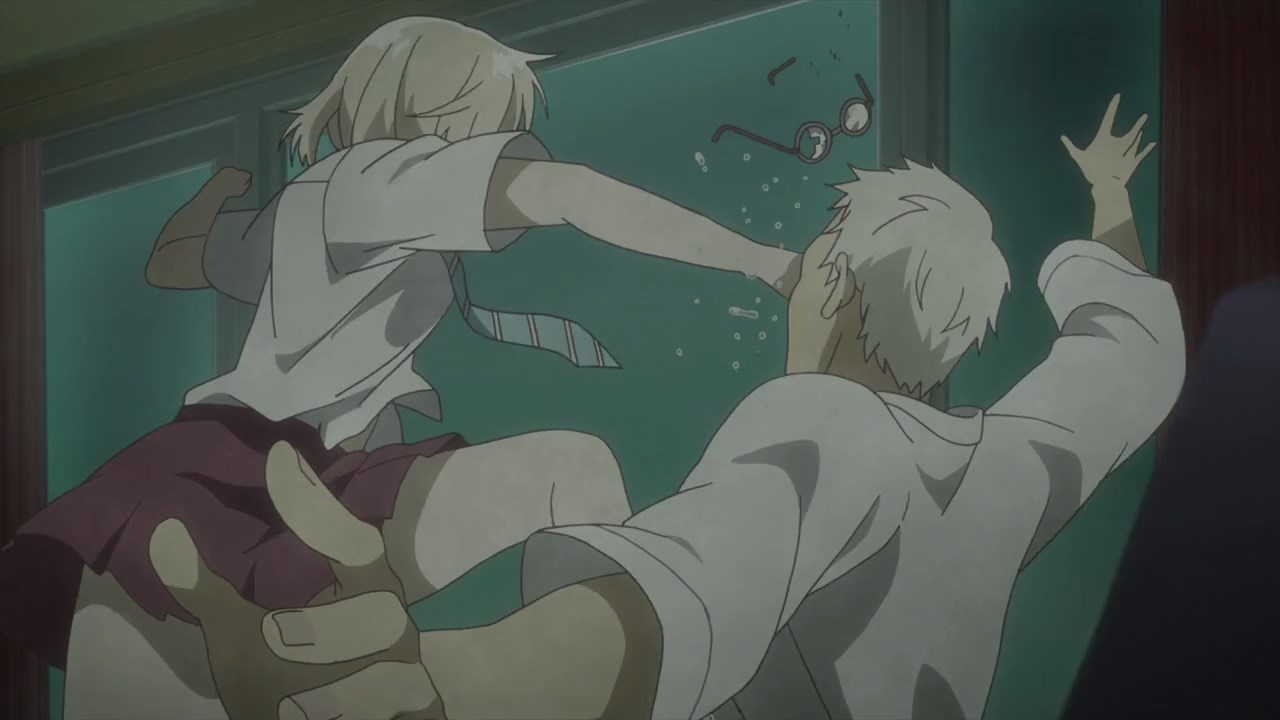 But her heart says otherwise as Niina Sugawara punches Director Hisashi Saegusa to the face and ran away.

Well, seems that Director Saegusa got what he deserved after using his authority to have his way on little girls! 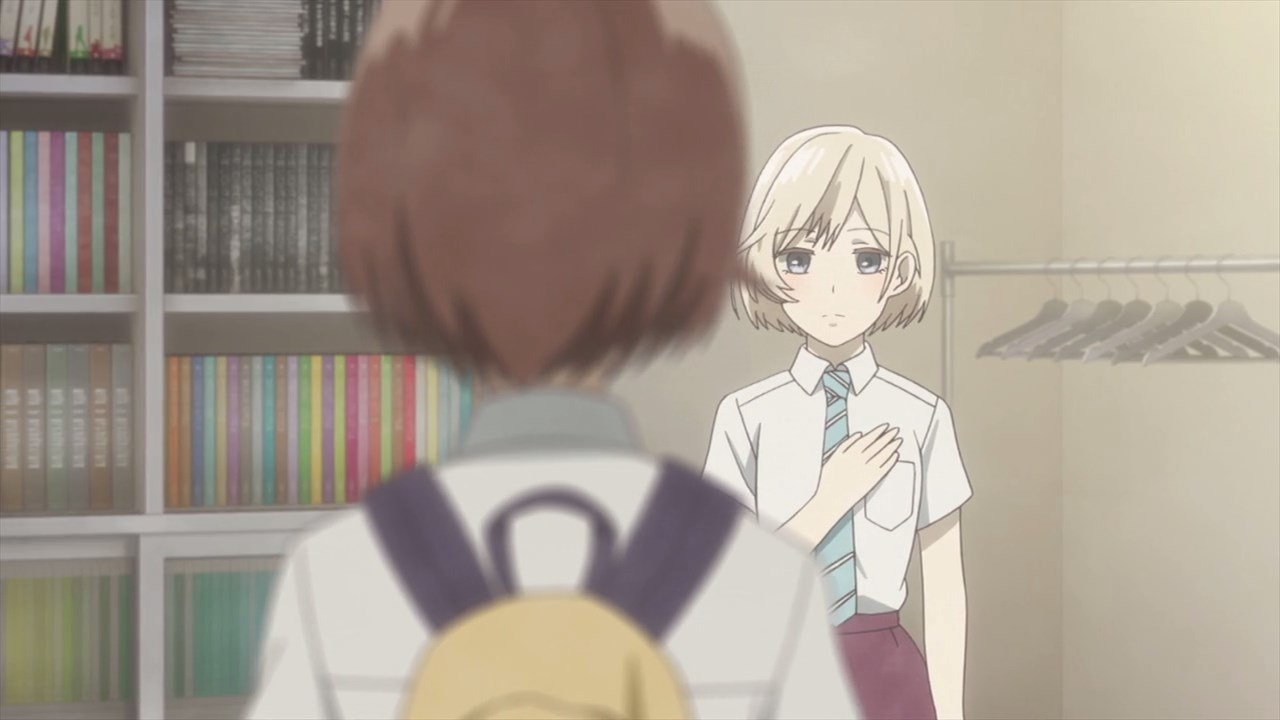 Speaking of Niina Sugawara, she was confronted by Kazusa Onodera where she knows that Niina has a crush on Izumi Norimoto, especially when Niina pulled that stunt during the school festival. 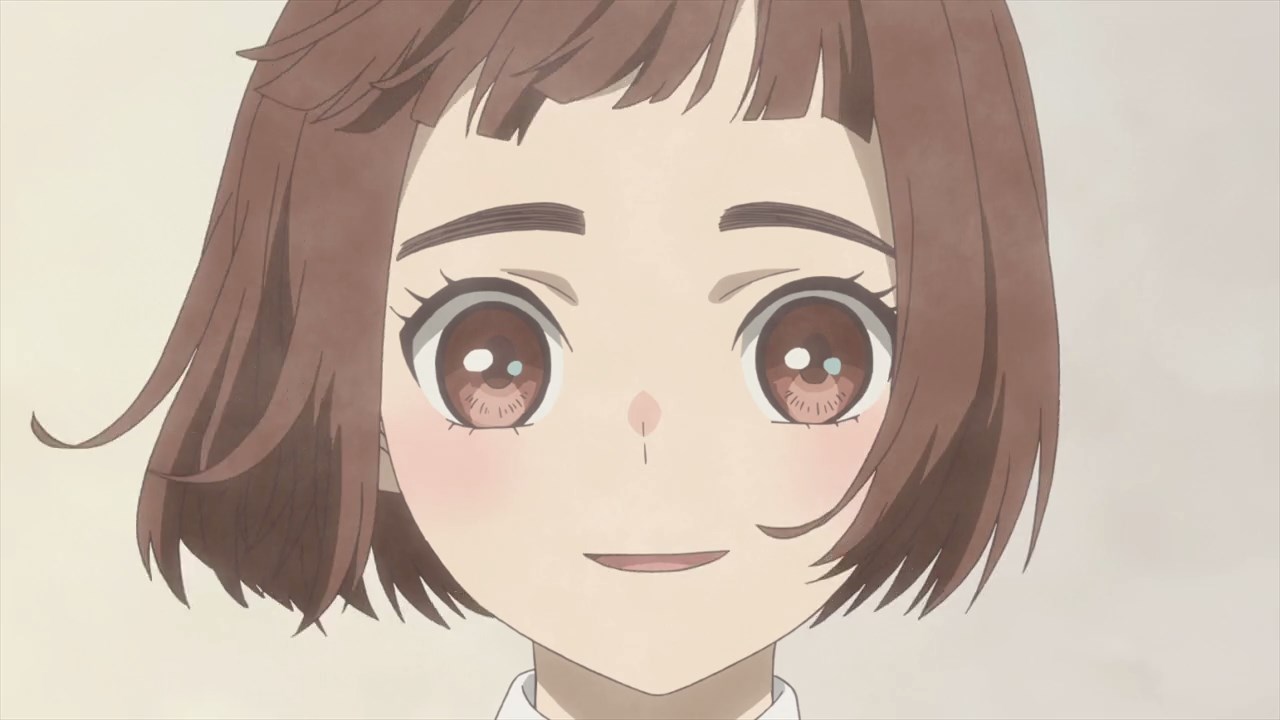 Of course, Kazusa thanked Niina for giving the courage to tell her feelings to her childhood friend. 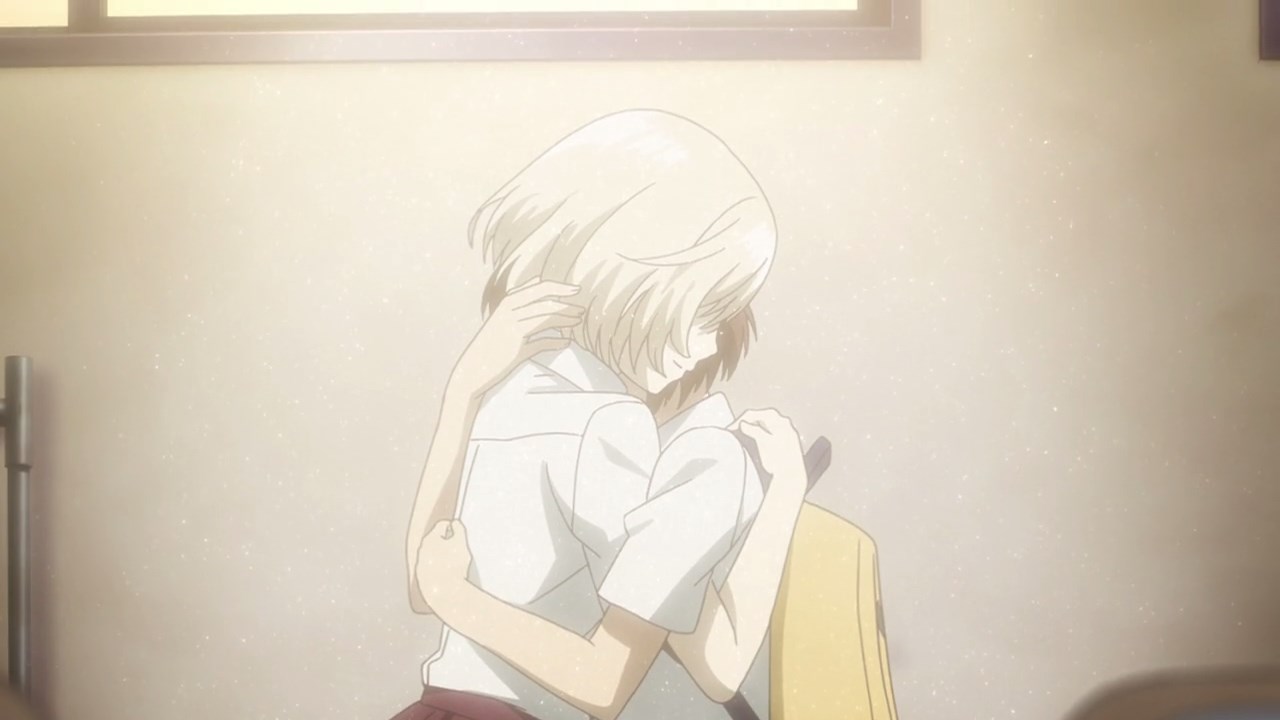 In any case, Kazusa Onodera hugged Niina Sugawara as they don’t have any ill feelings towards each other… or so I thought. 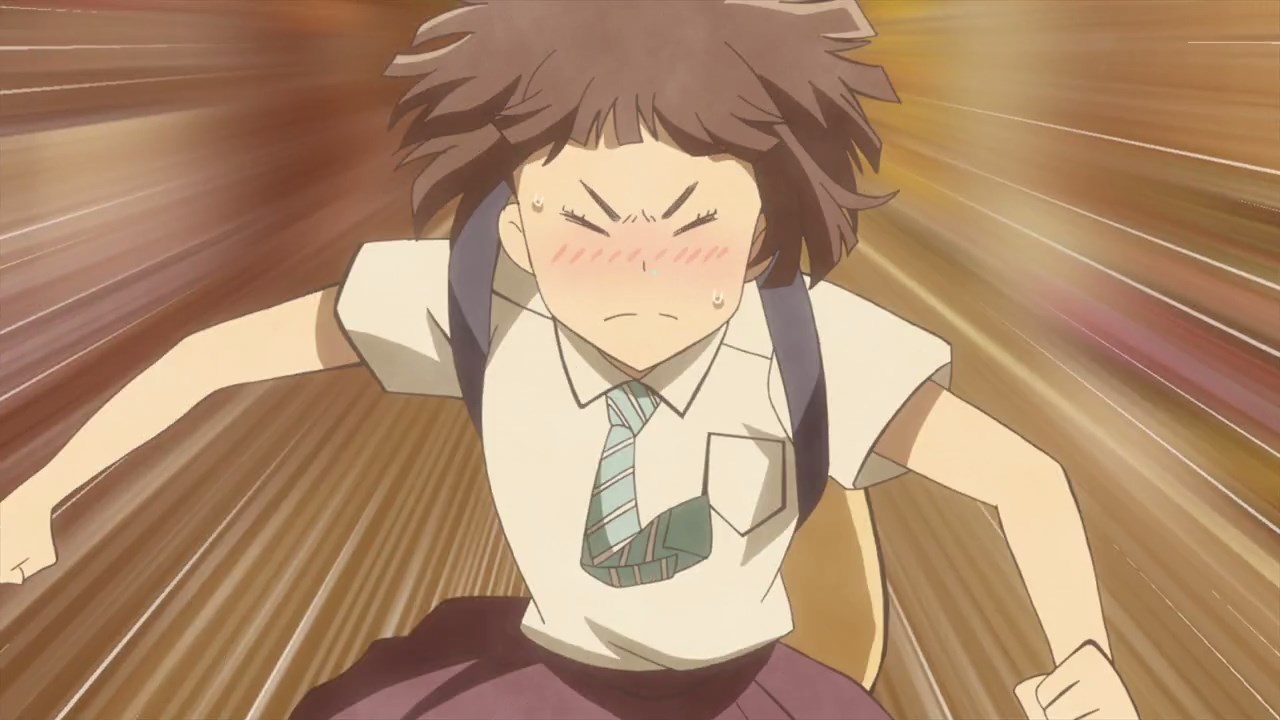 Turns out, Onodera fears that Sugawara might steal Norimoto away from her as she rushed towards Izumi’s house… 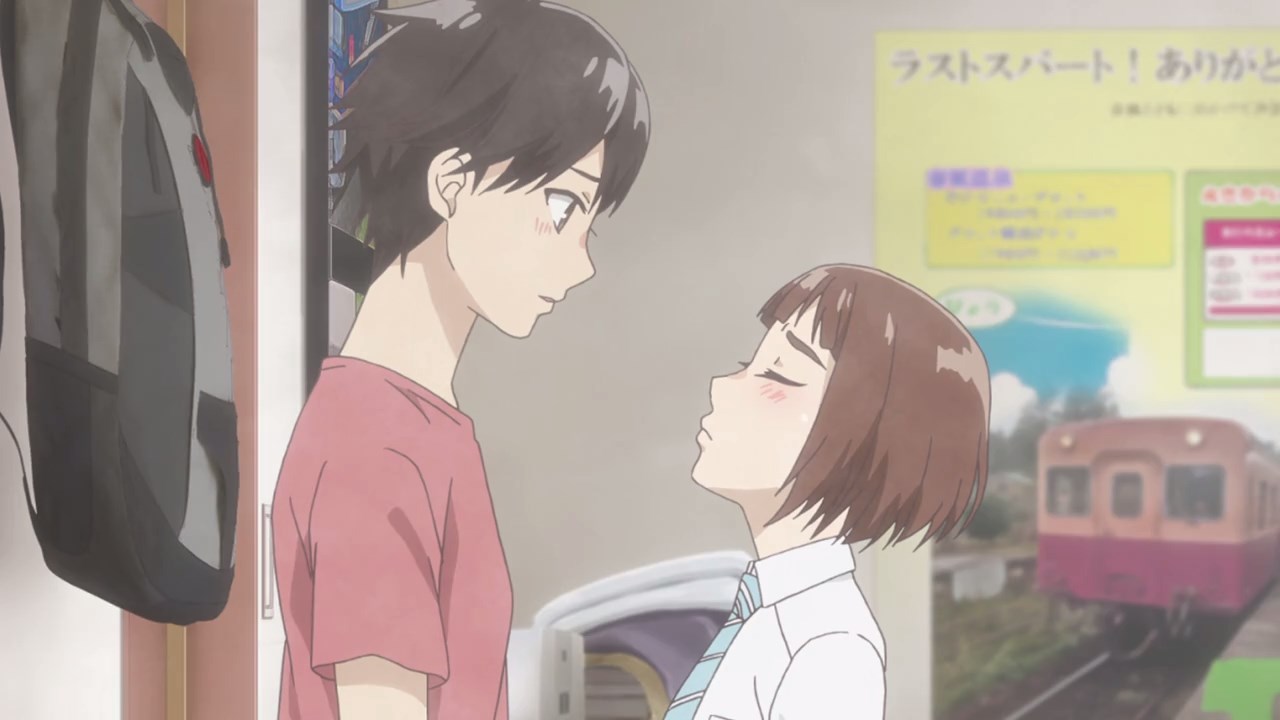 …and ask him to have sex with her right now. Then again, I feel that Kazusa is still scared of doing it with her childhood friend. 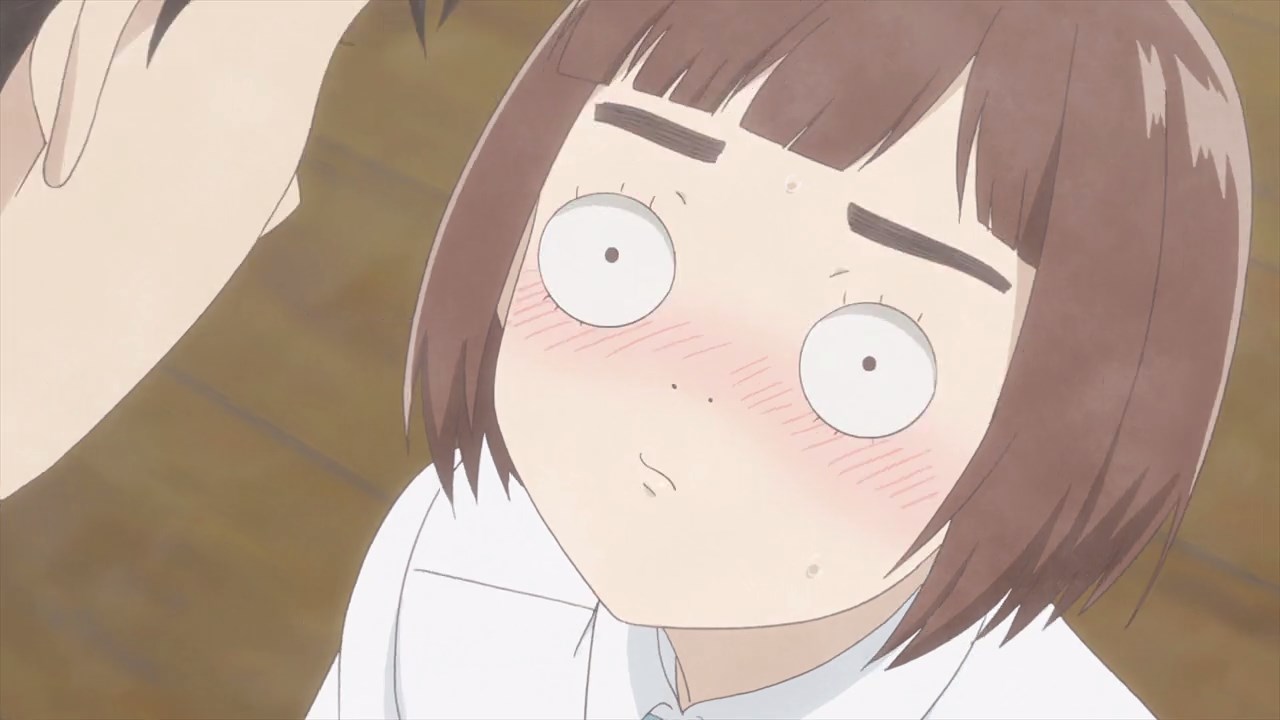 In fact, Izumi told Kazusa that they’ll have to take it slowly because there’s still some time.

Also, he saw Kasuza’s big nostrils in which she was embarrassed by it. But you know what, there’s no need for Onodera to do a nose job in order to become cuter. 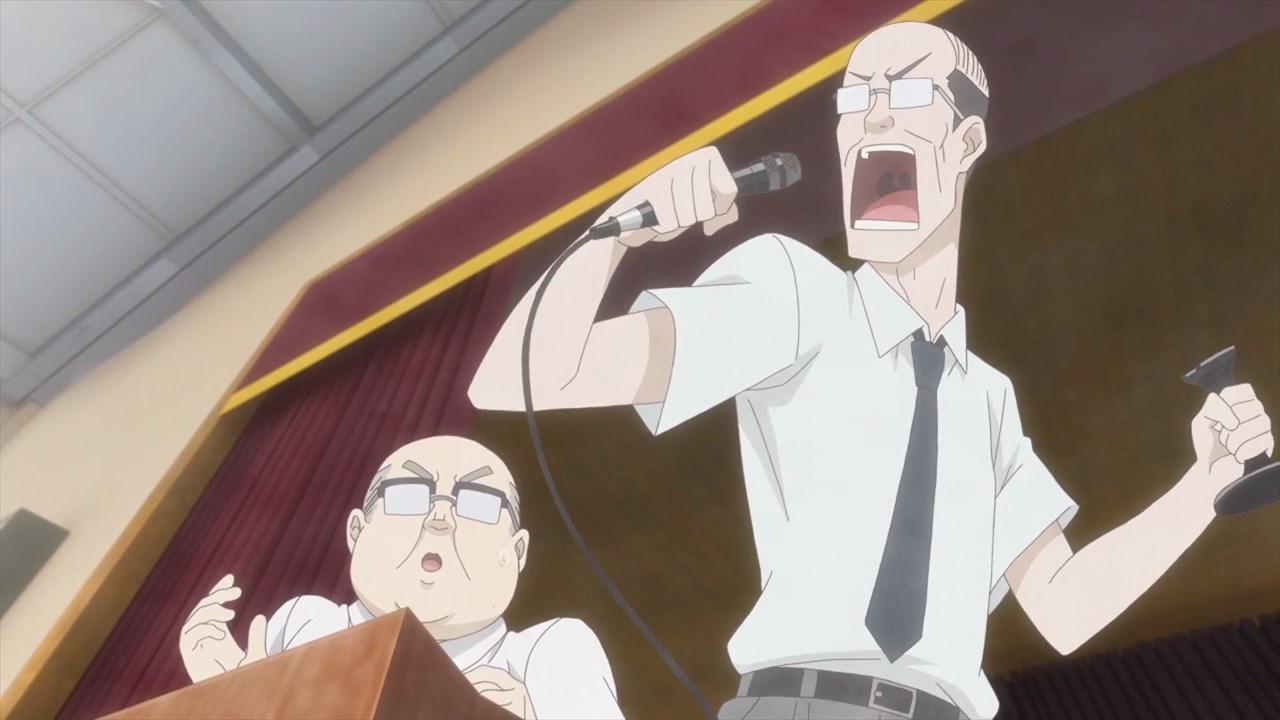 Meanwhile in Tojo High School, there’s some bad news in light of Sonoe Juujou’s dropout, as the principal and vice-principal issued a ban on relationships between the opposite sex.

Now, the ban was created due to Sonoe Juujou getting pregnant, however there is some other reason why it’s enacted. 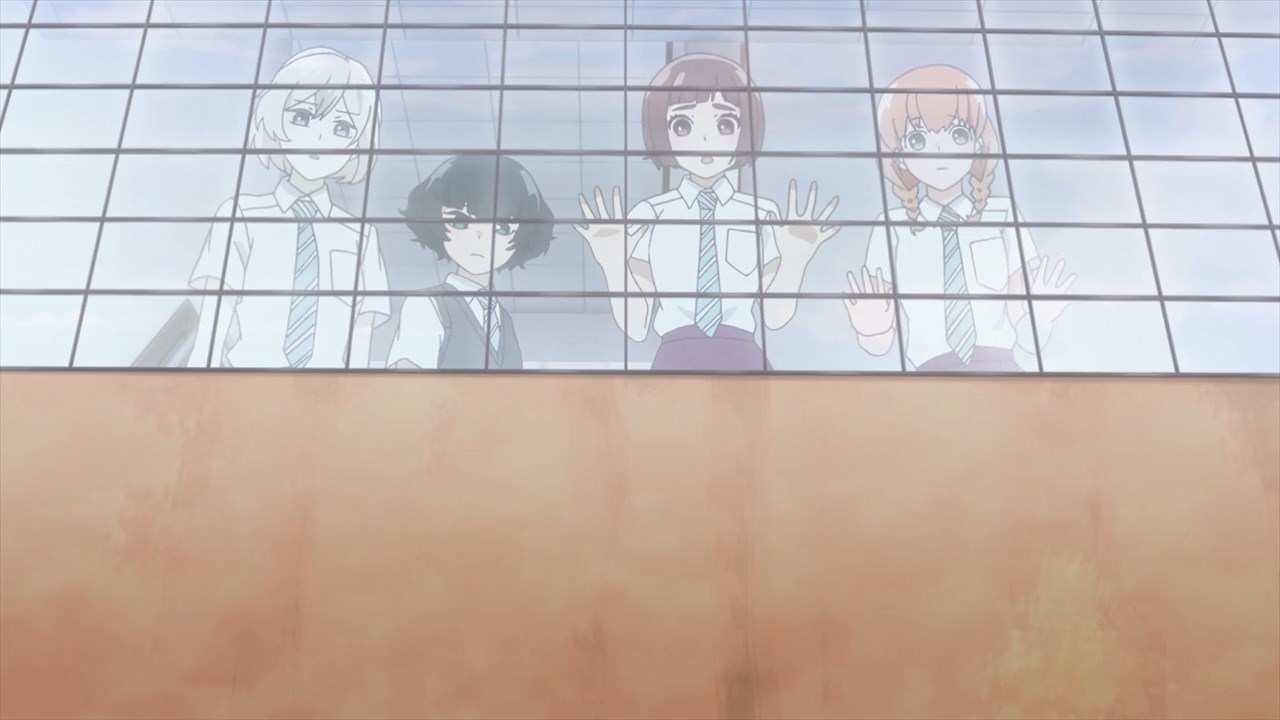 Turns out, the Literature Club found something that shocks them as they looked outside the school gate. 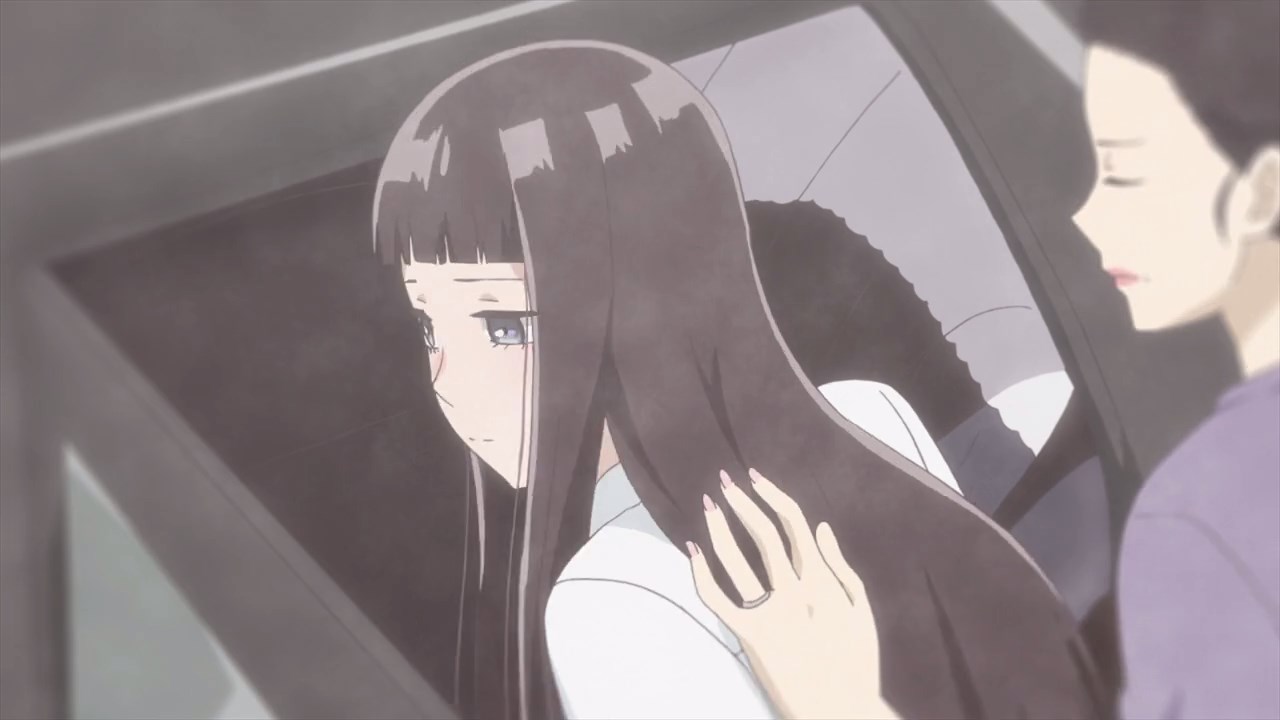 It’s Rika Sonezaki where she got expelled along with Shun Amagiri as they went to a love hotel. Of course, they didn’t go there as they just tailing both Hitoha Hongou and Tomoaki Yamagishi. 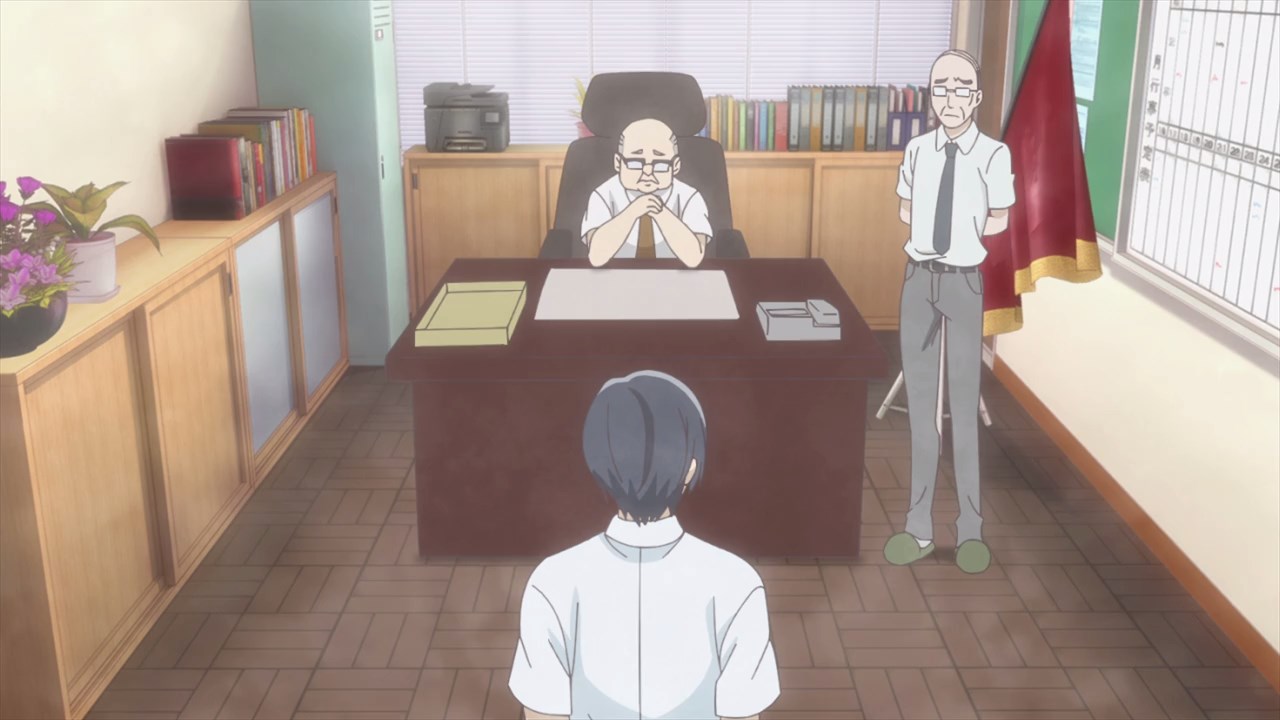 Speaking of Tomoaki Yamagishi, he explained to the principal and vice-principal that he went to a love hotel together with a friend. 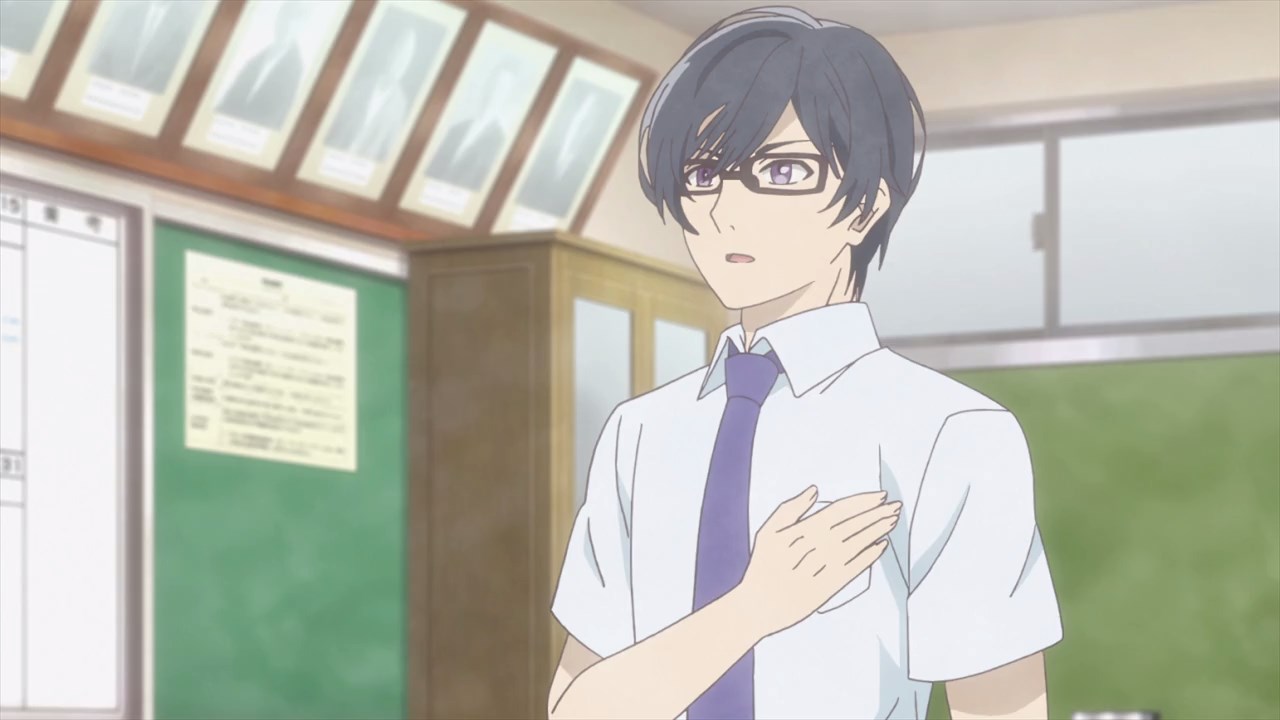 And even though he won’t name Hitoha Hongou as his accomplice since she might get expelled, Yamagishi-sensei wants to take responsibility for going to a love hotel.

After all, both Sonezaki and Amagiri are innocent and he’s ready to get fired for it. 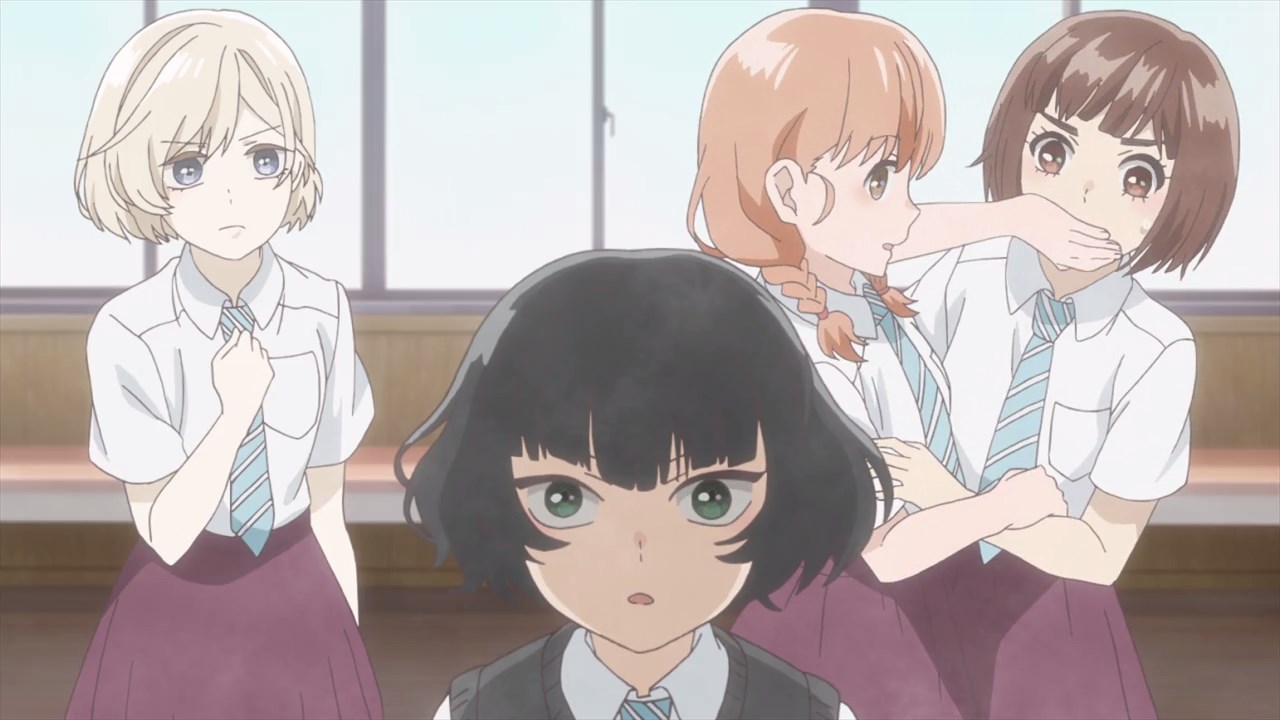 But still, the principal and vice-principla insists that the ban on romance will remain in effect and they won’t even consider retracting their expulsion of both Rika Sonezaki and Shun Amagiri.

For the rest of the Literature Club, they can’t accept having their upperclassman getting expelled even though Rika and Shun didn’t go inside a love hotel. 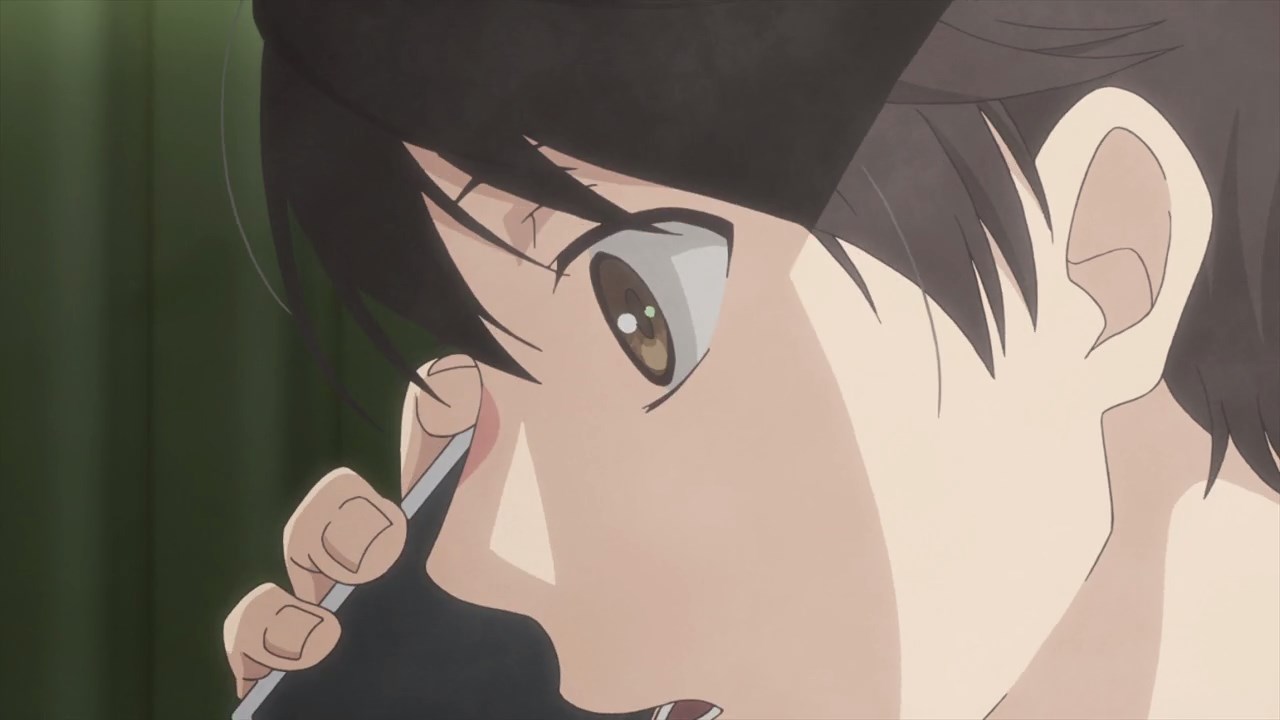 One last thing, here’s Izumi Norimoto where he received a phone call from Kazusa Onodera. And as you can see from his expression, Izumi is worried about his childhood friend. 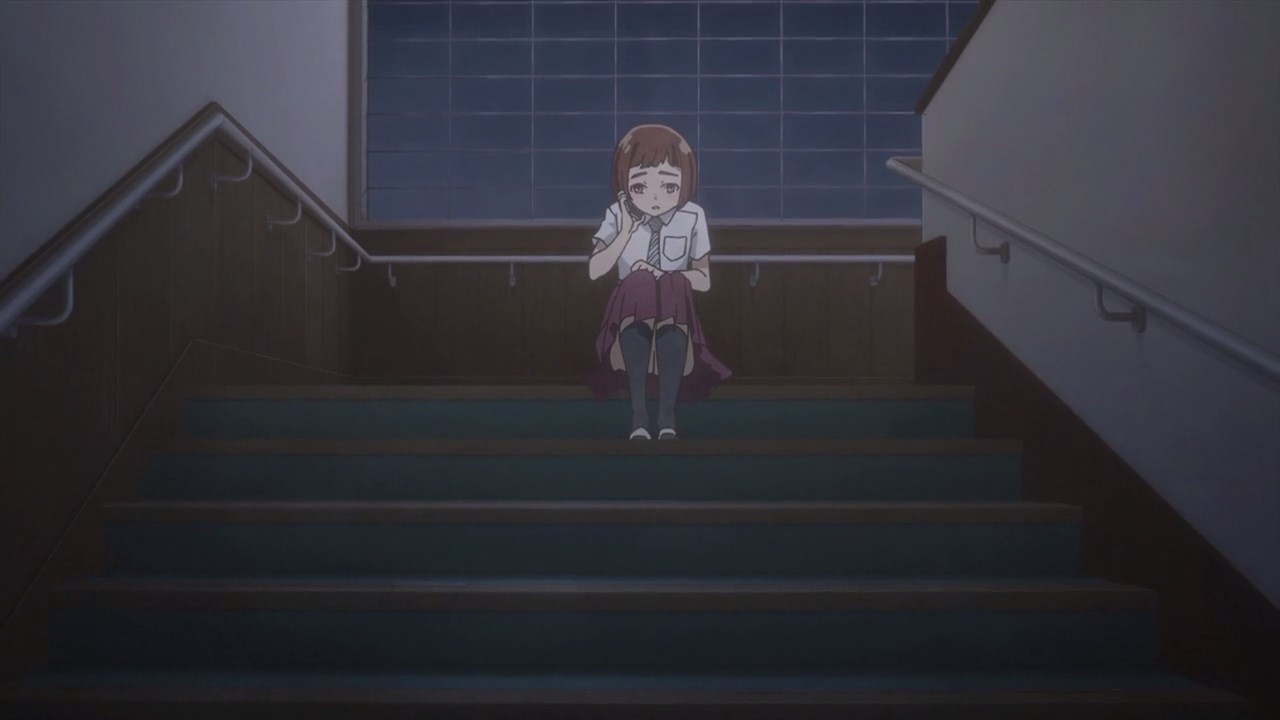 You see, Kazusa will do something that would endanger her. Wait, don’t tell me that Onodera will commit suicide? There’s no way she would do that! 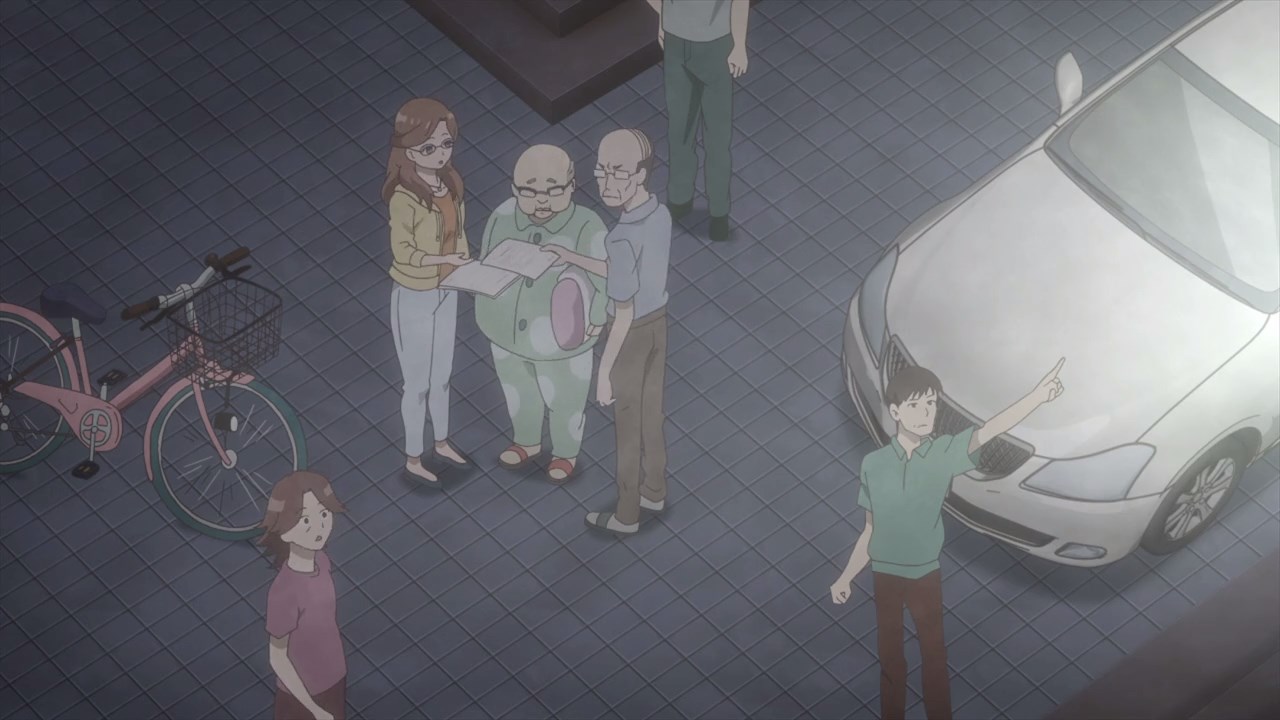 But anyways, it appears that the teaching staff are alarmed as someone is inside Tojo High School in the middle of the night. 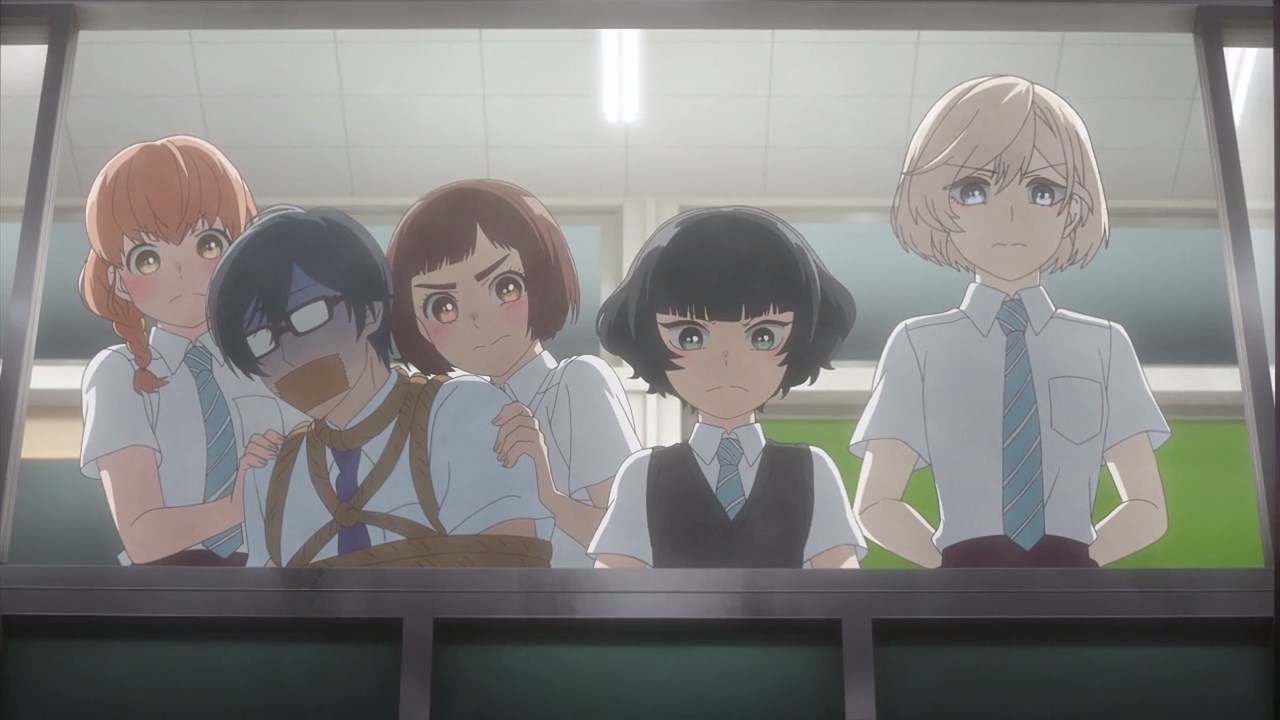 Turns out, it’s the Literature Club where they demanded the lift of the romance ban, as well as reinstating both Rika Sonezaki and Shun Amagiri as they did nothing wrong. Oh yeah, and you think that these girls are just playing around? Kazusa and the rest hold Tomoaki Yamagishi as hostage.

However, the teaching staff won’t give into their demands as they’ll just expel them. But you know what, I don’t want that to end on a sour note as Kazusa Onodera and the girls wants to defend the right to love, although my concern is whether the members will remain friends afterwards as there’s still a rivalry between Onodera and Sugawara over Norimoto’s affection, even though they bury the hatchet for now in favor of helping Sonezaki-sempai.

With that said, I’ll see you next time for the final episode of Araburu Kisetsu no Otome-domo yo.