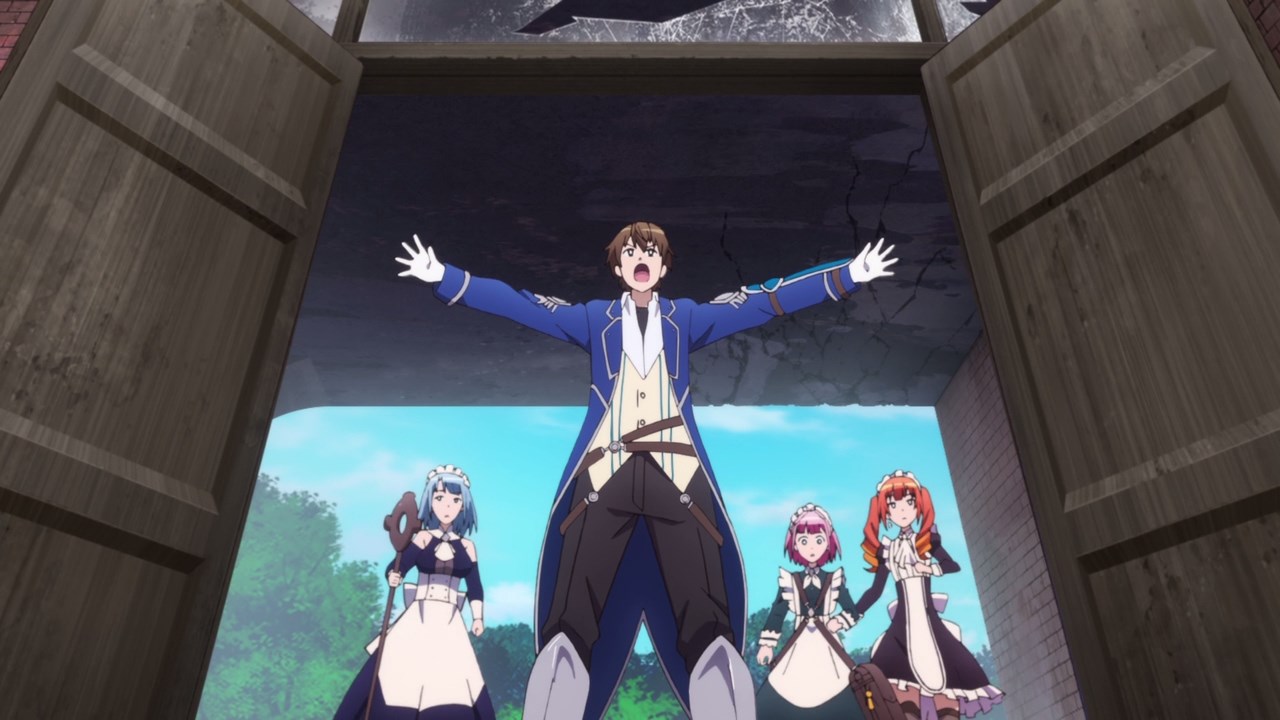 Oh look, Masato Oosuki and his party have arrived to save his mother Mamako… 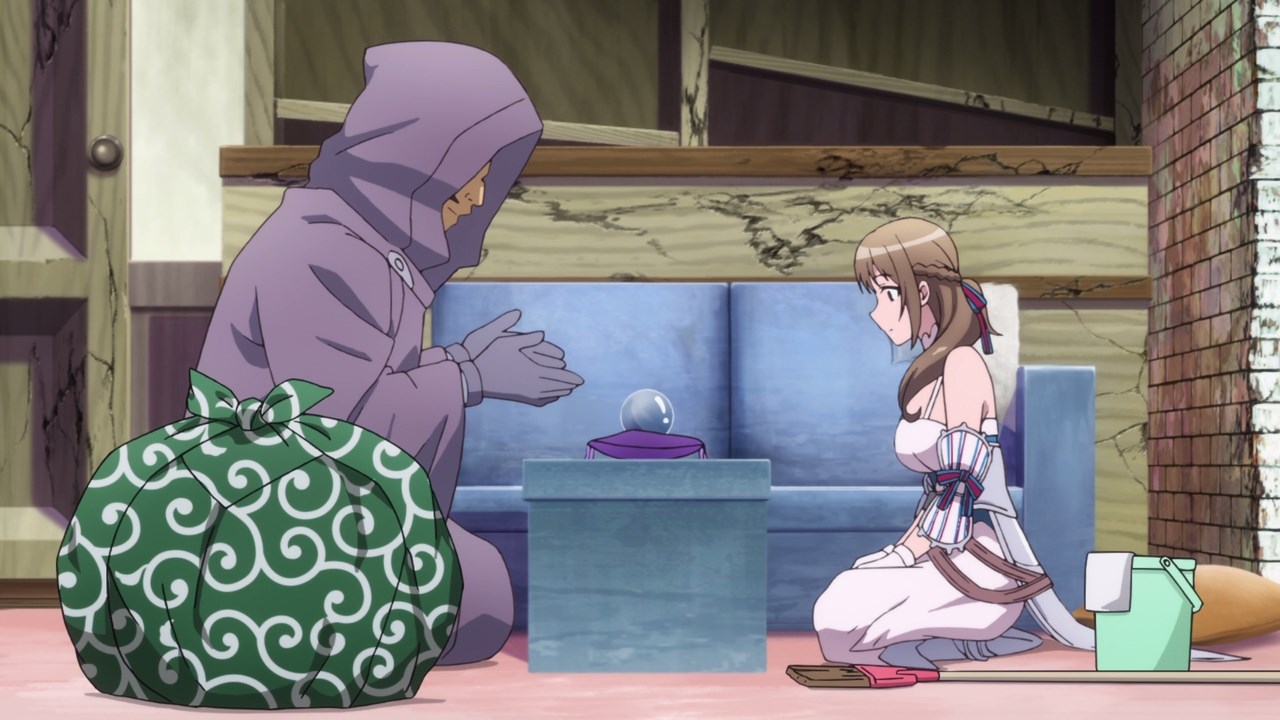 …from a door-to-door salesperson who sells crystal balls. Man, I thought that she’s getting hurt by some assassin. 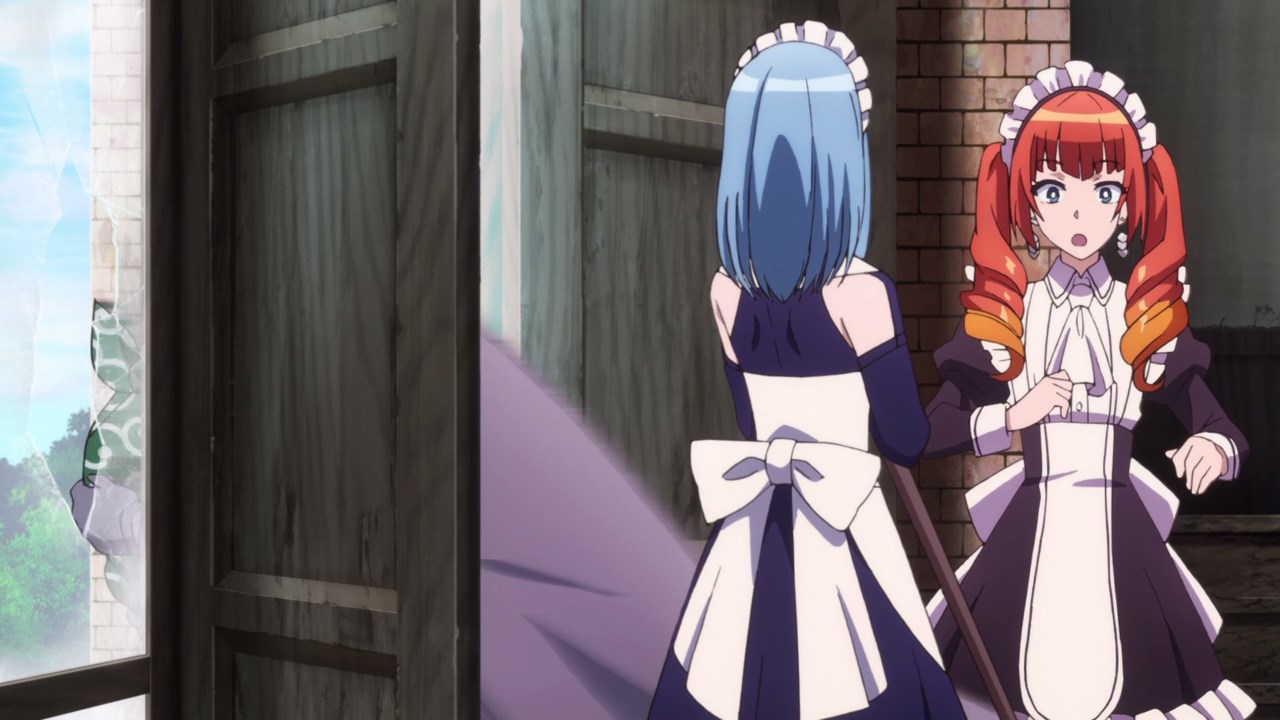 Oh, and this salesperson dashes away after giving one of the crystal balls to Mamako Oosuki. Then again, I wonder if Mamako paid an exuberant amount of money to buy it? 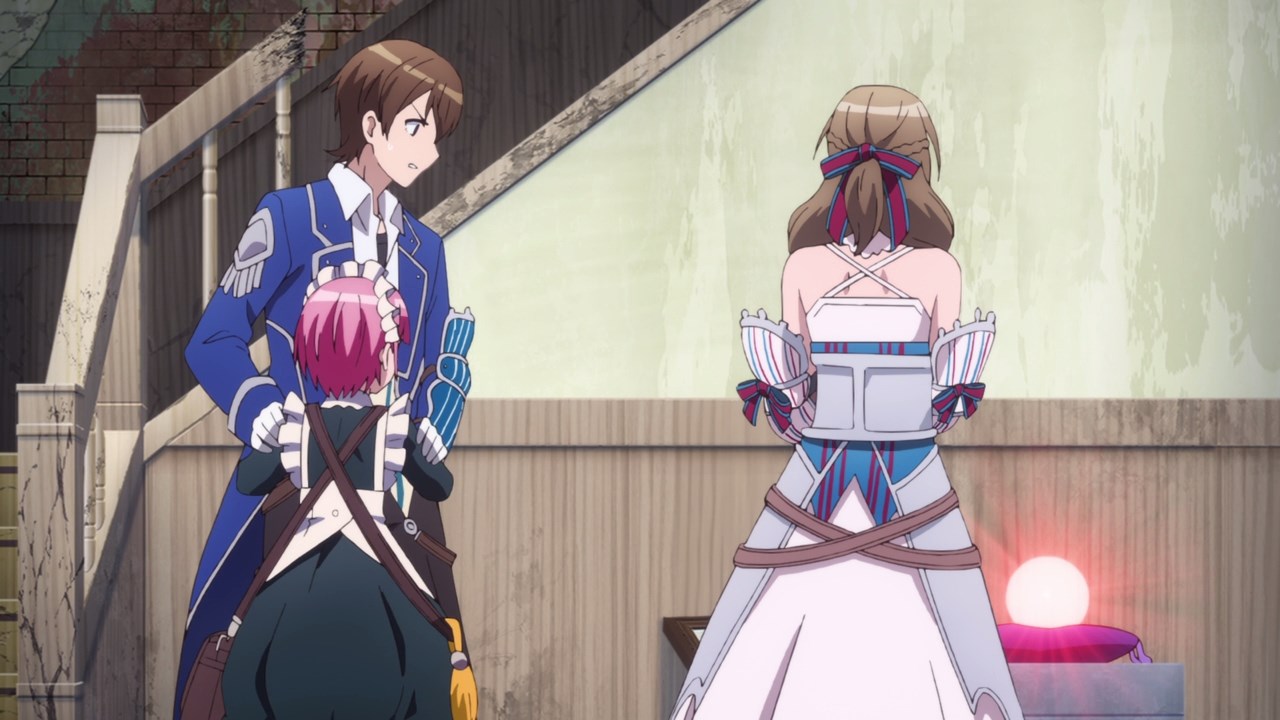 Anyways, Porter pointed out that the crystal ball is actually a bomb and you know it’s dangerous if it goes off with a bang. 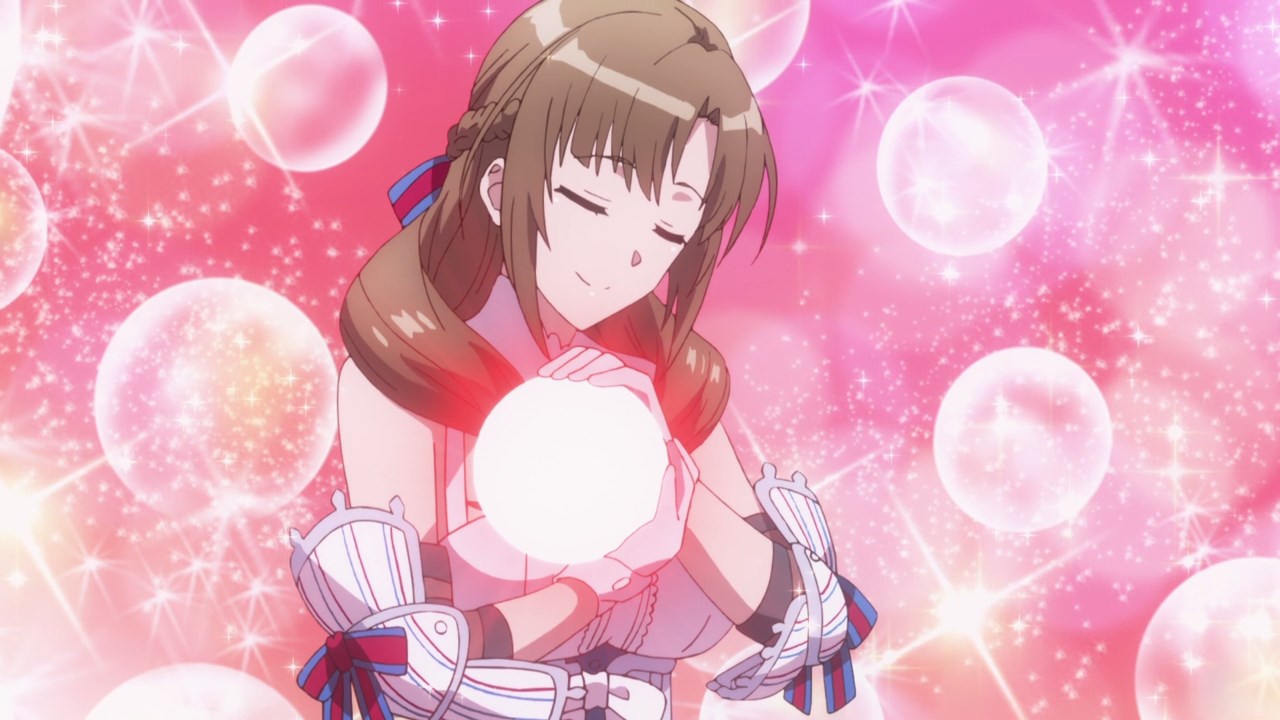 But not for Mamako Oosuki though as she calms this crystal bomb down because it’s actually crying like a baby.

This is nuts for this bomb to go “Wah! Wha!” while the timer is clocking down! Also, there’s no way for Mamako to calm this bomb down! 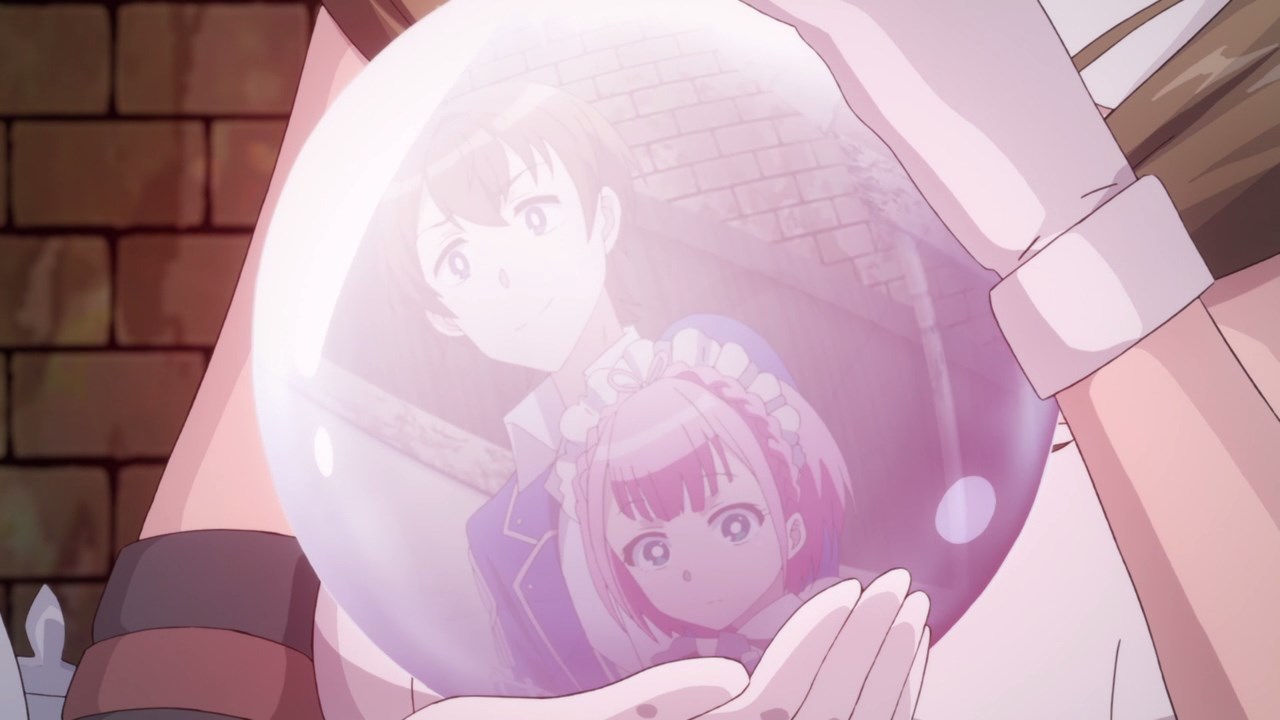 Scratch what I’ve said earlier as Mamako successfully calms this crystal bomb until it no longer detonates.

Damn, it appears that the salesperson or should I say the assassin failed to kill Mamako. 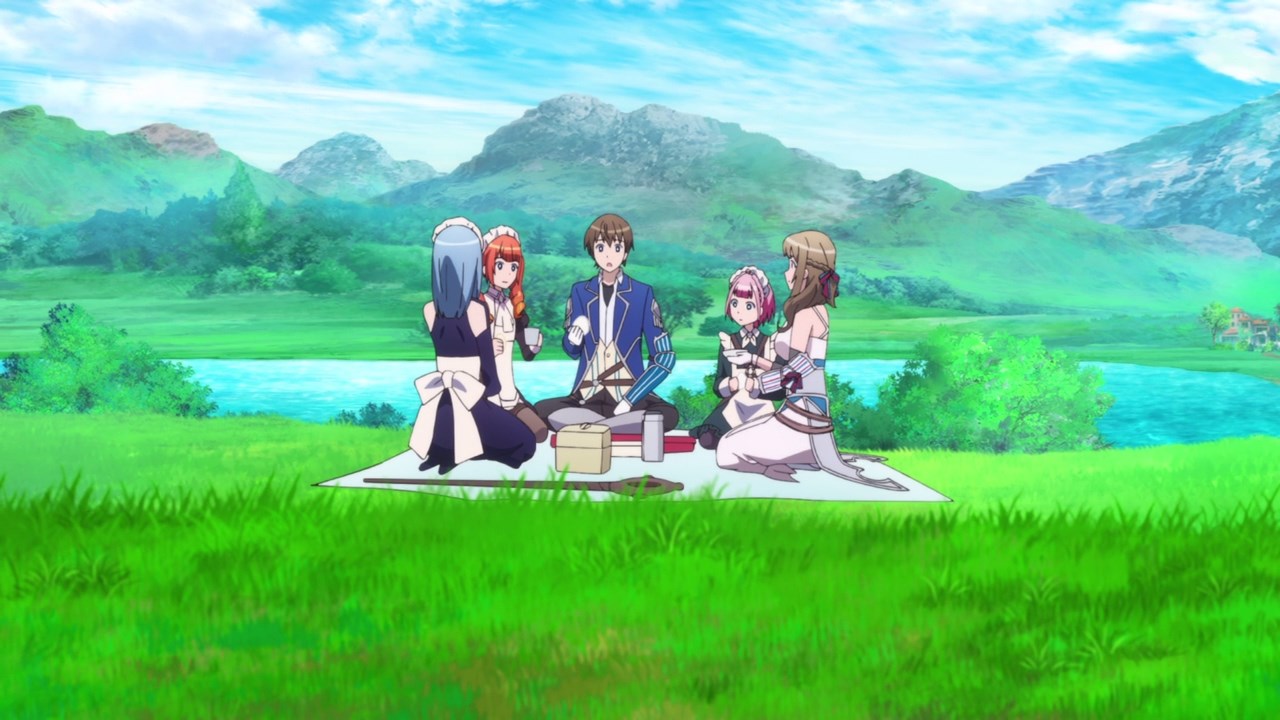 In any case, life goes on for Mamako Oosuki and her party as they went on a picnic together. Um, would it be better if they fix their guild base first? 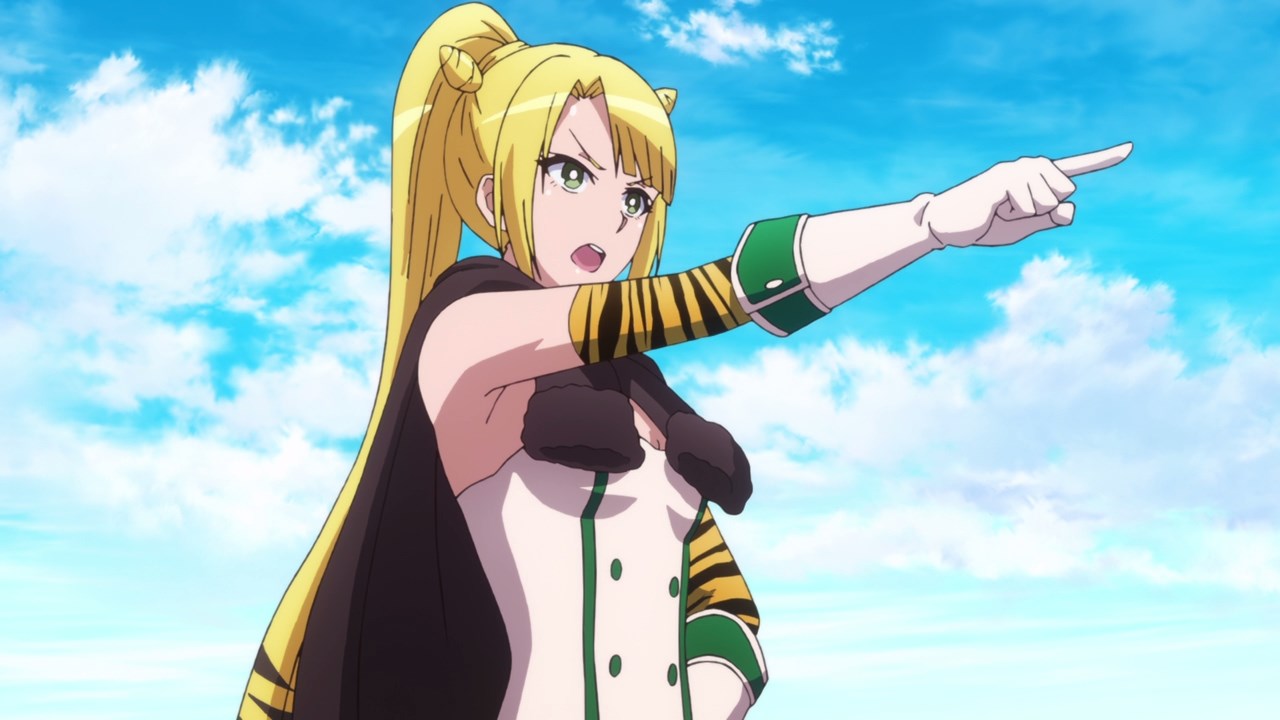 On the other hand, here’s Amante where she can’t believe that Mamako is alive. Then again, I feel that Amante underestimates Mamako’s motherly powers because she calmed the bomb down!

But speaking of Amante, she won’t give up just because the crystal bomb failed to detonate earlier… 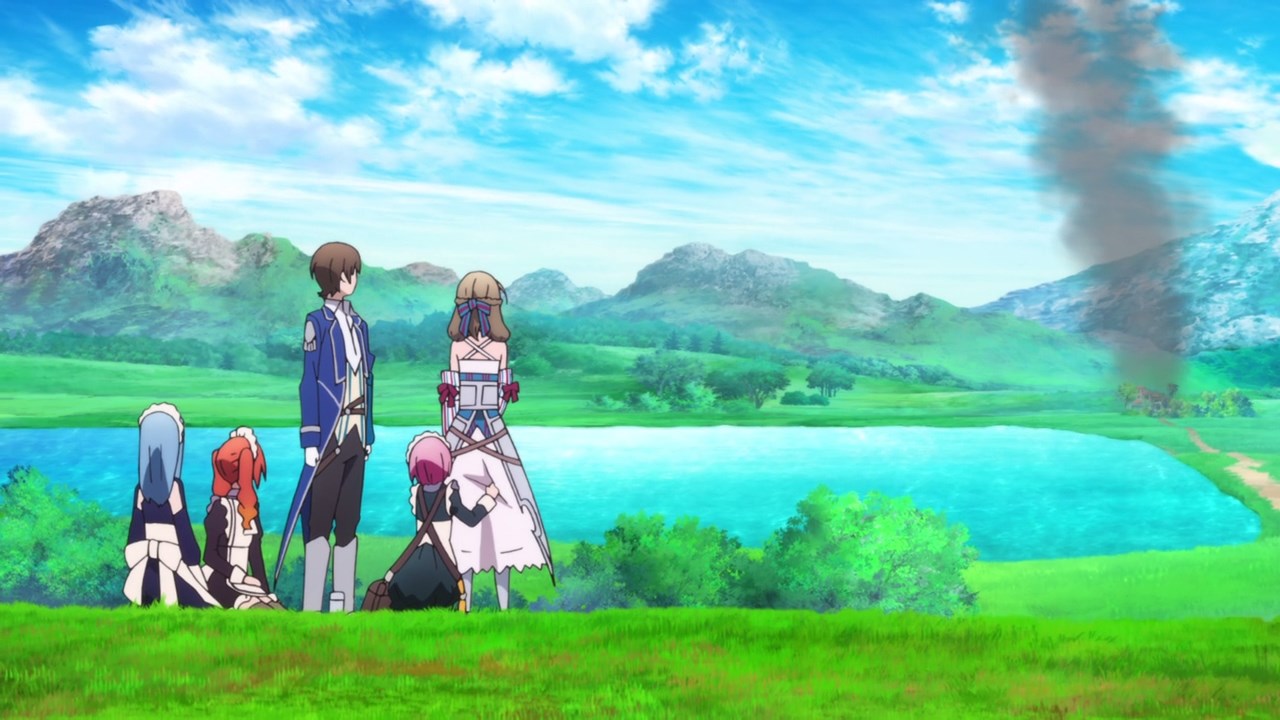 In fact, Amante and her goons from Ribele planted more crystal bombs around the city. One of which detonated at their guild house.

Man, they’re gonna pay dearly for wrecking Mamako’s place with their own lives as well as their pockets! 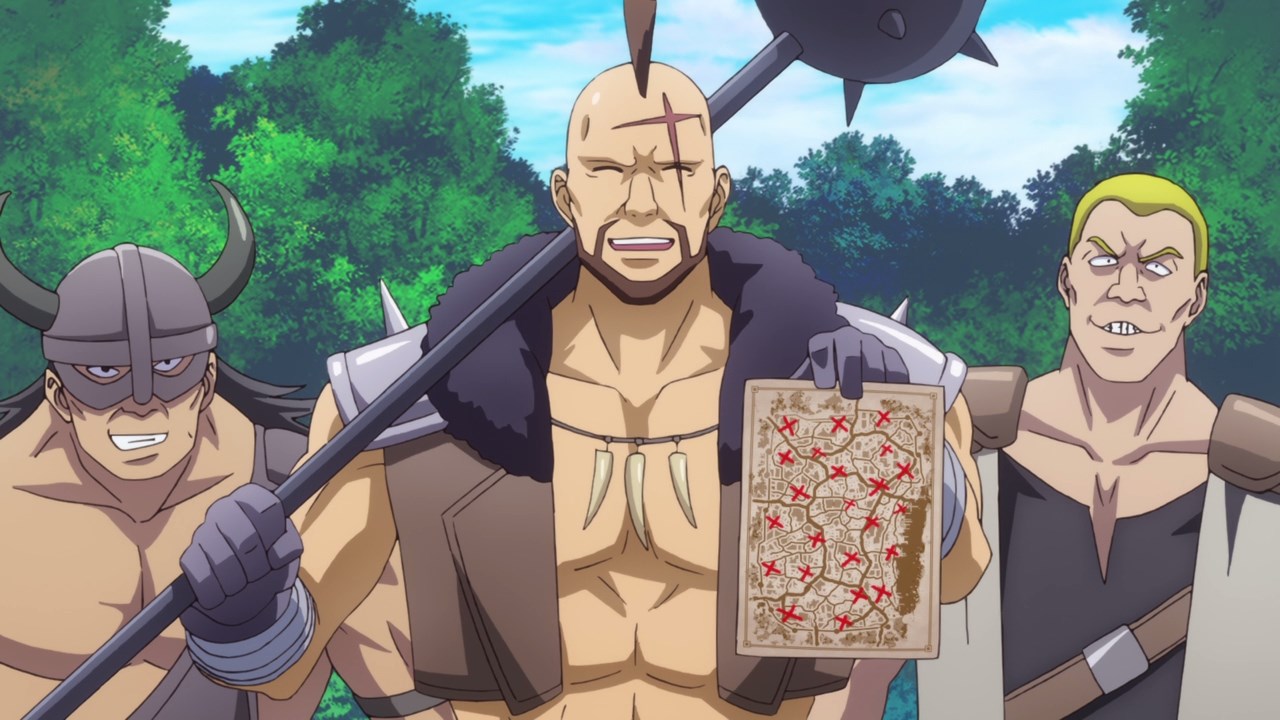 Anyways, this is Pocchi where he demanded Mamako Oosuki to serve him and his pals. Otherwise, they’ll blow up the entire town with it. 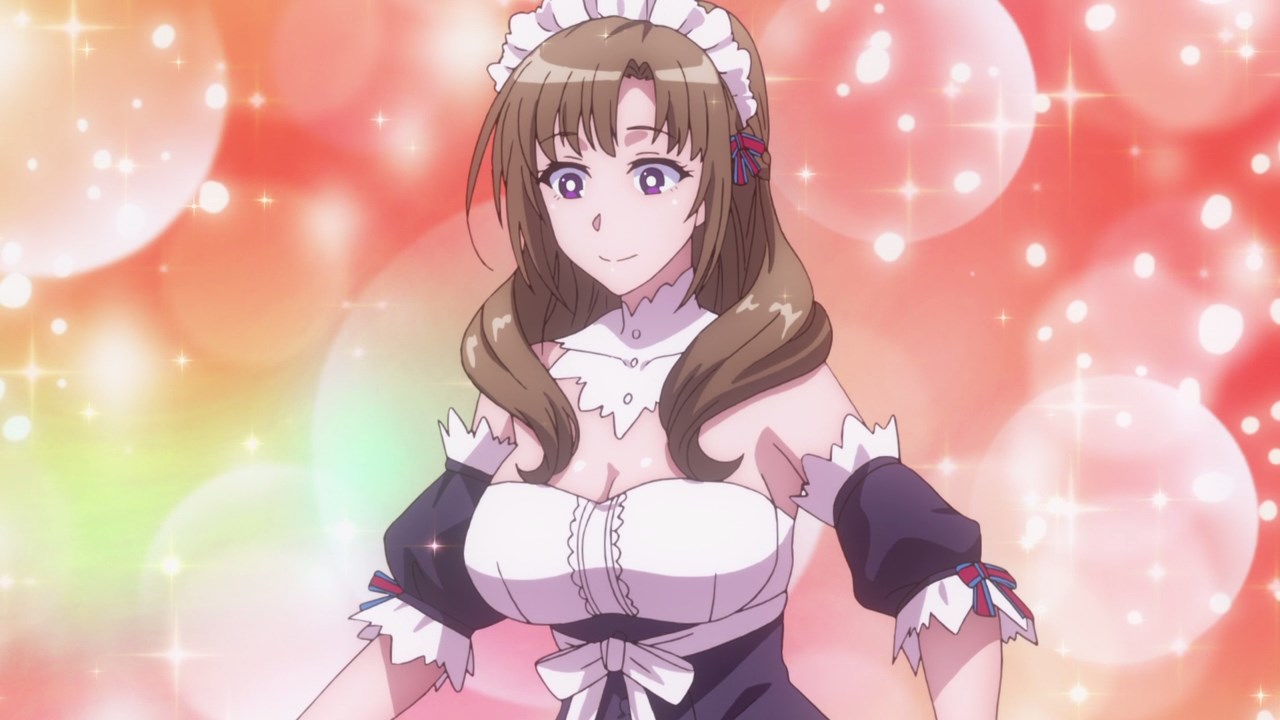 Of course, they want Mamako to dress up as a maid, something that Masato forbade her to do it.

But because of Ribele’s outrageous demands, she went ahead and wear a maid uniform… and all I can say is that Mamako looks gorgeous! 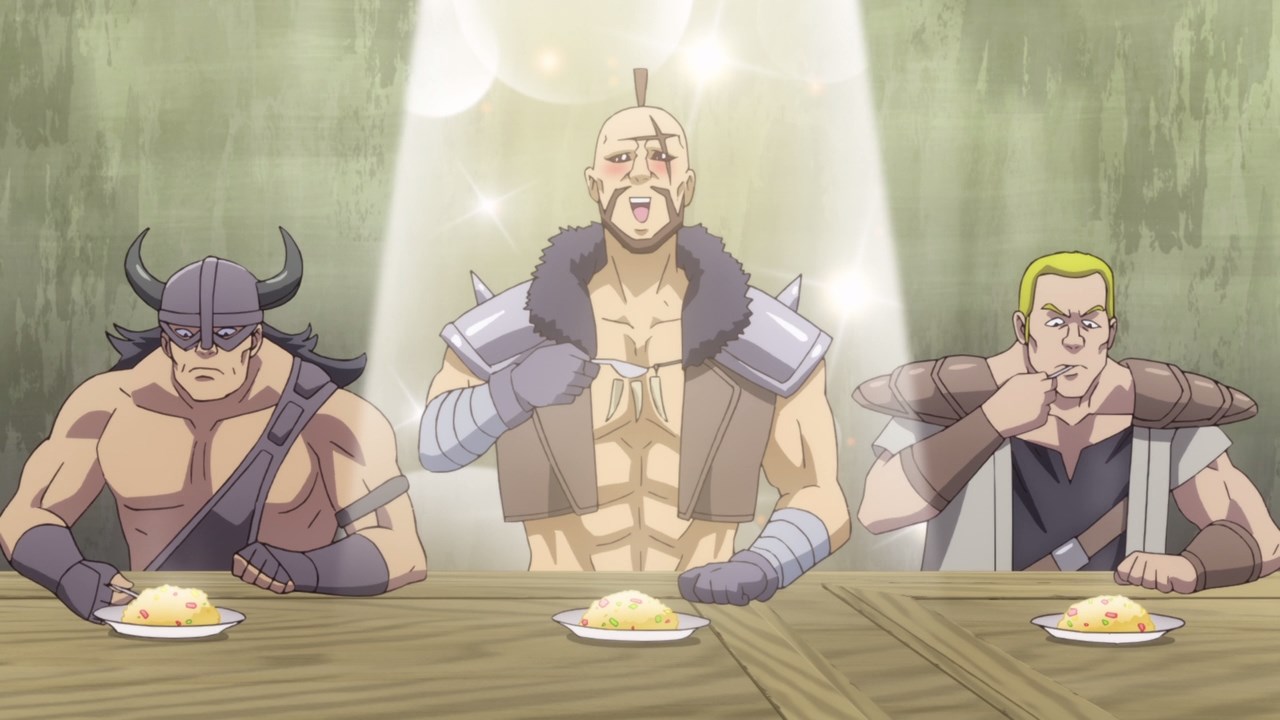 Oh, and as for the goons? They love eating Mamako’s home-cooked meal. Then again, Pocchi and his pals wanted more. 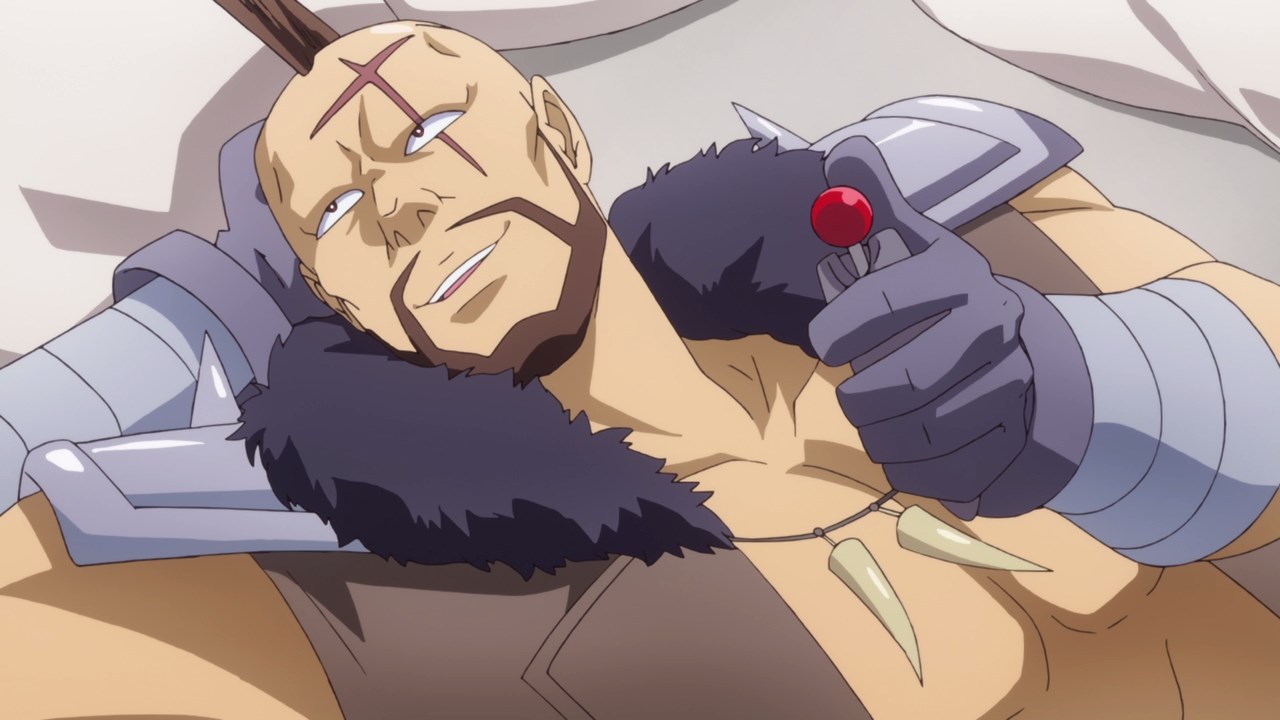 So, he asked Mamako to service him… in bed! No Mamako, don’t give in to his sleazy demand and it’s not safe for children to see you- 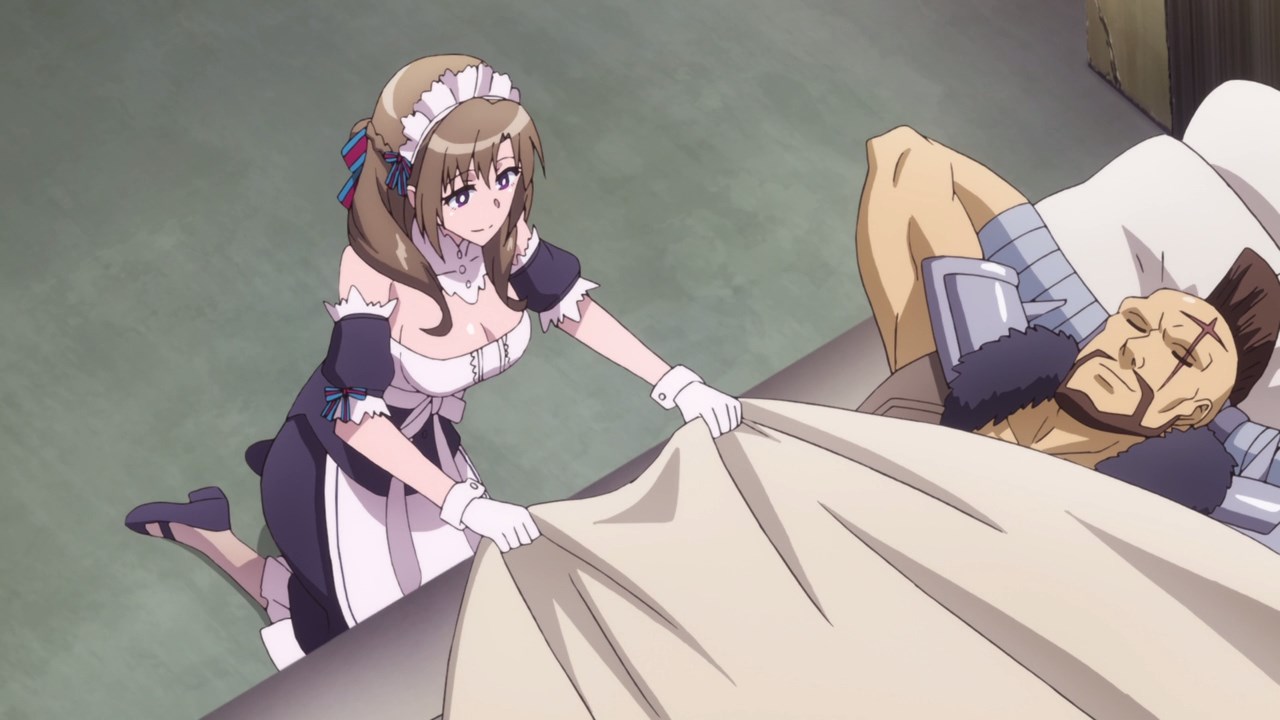 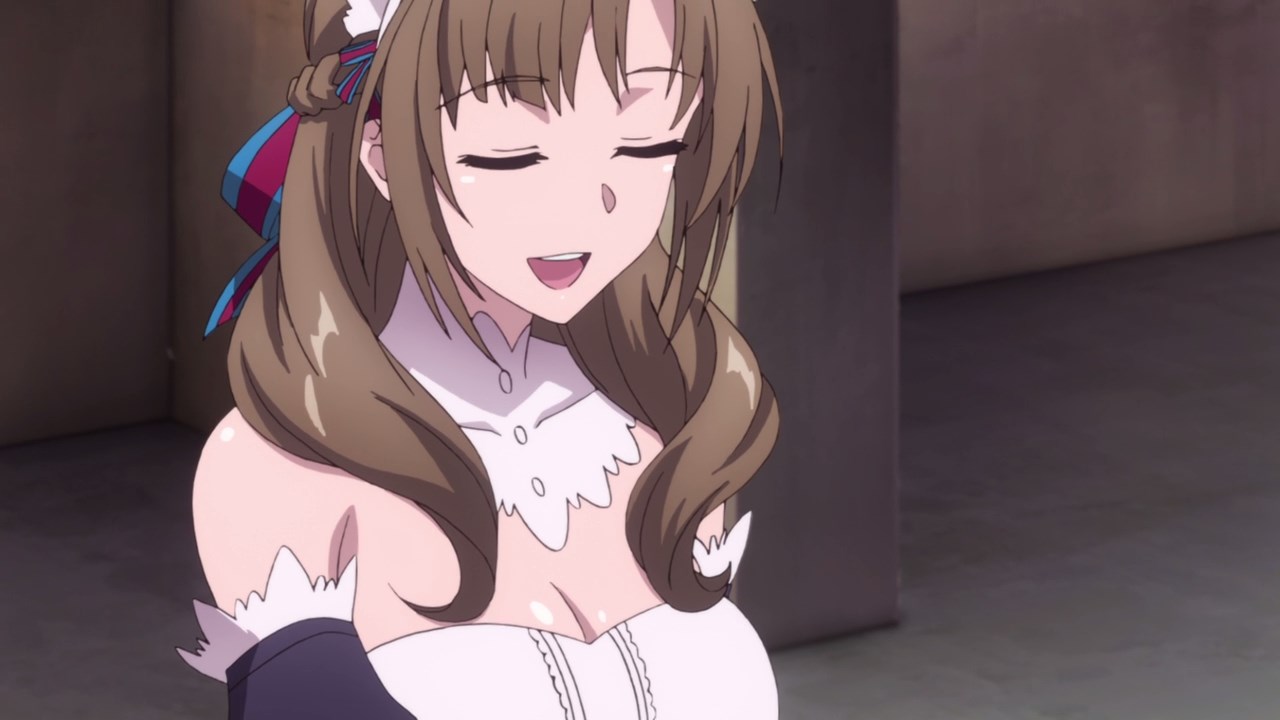 Oh, she’s making Pocchi asleep by placing a blanket and singing a lullaby. Man, I thought she’s gonna have sex with some random dude! 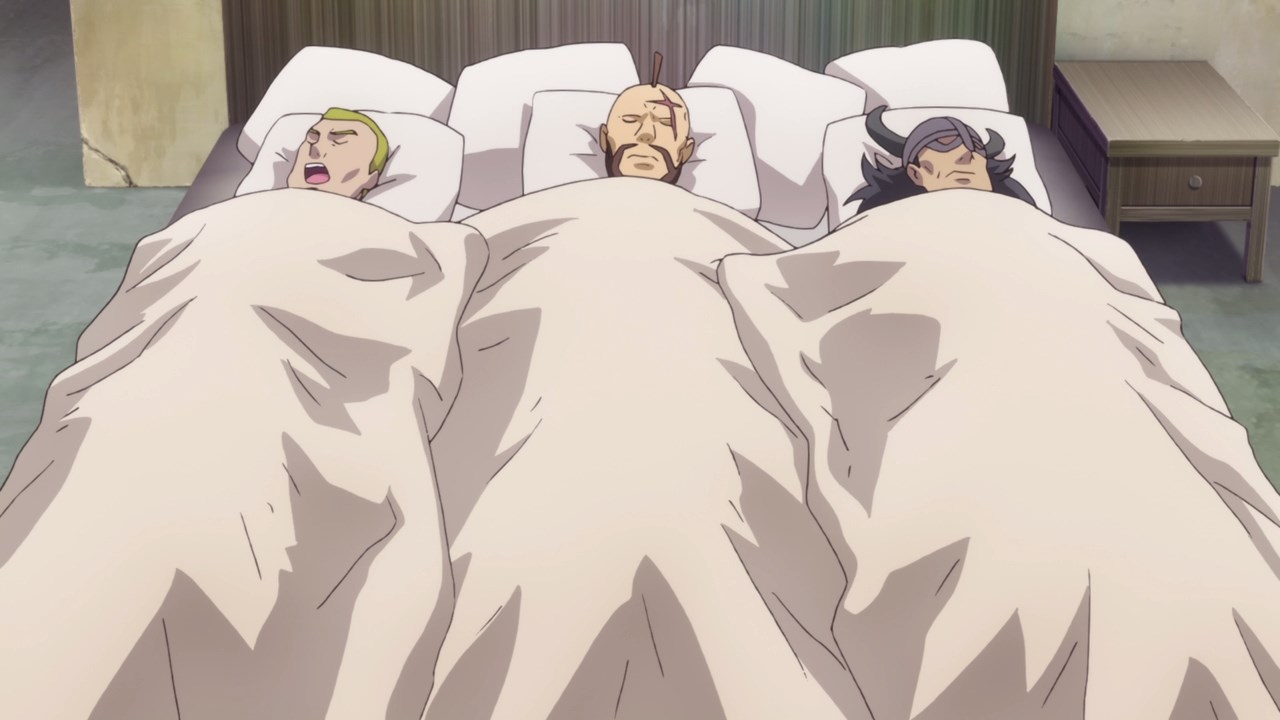 And it’s not just Pocchi, but also his two buddies as they fell asleep thanks to Mamako. Looks like their plan to beat or even humiliate Mamako Oosuki has failed! 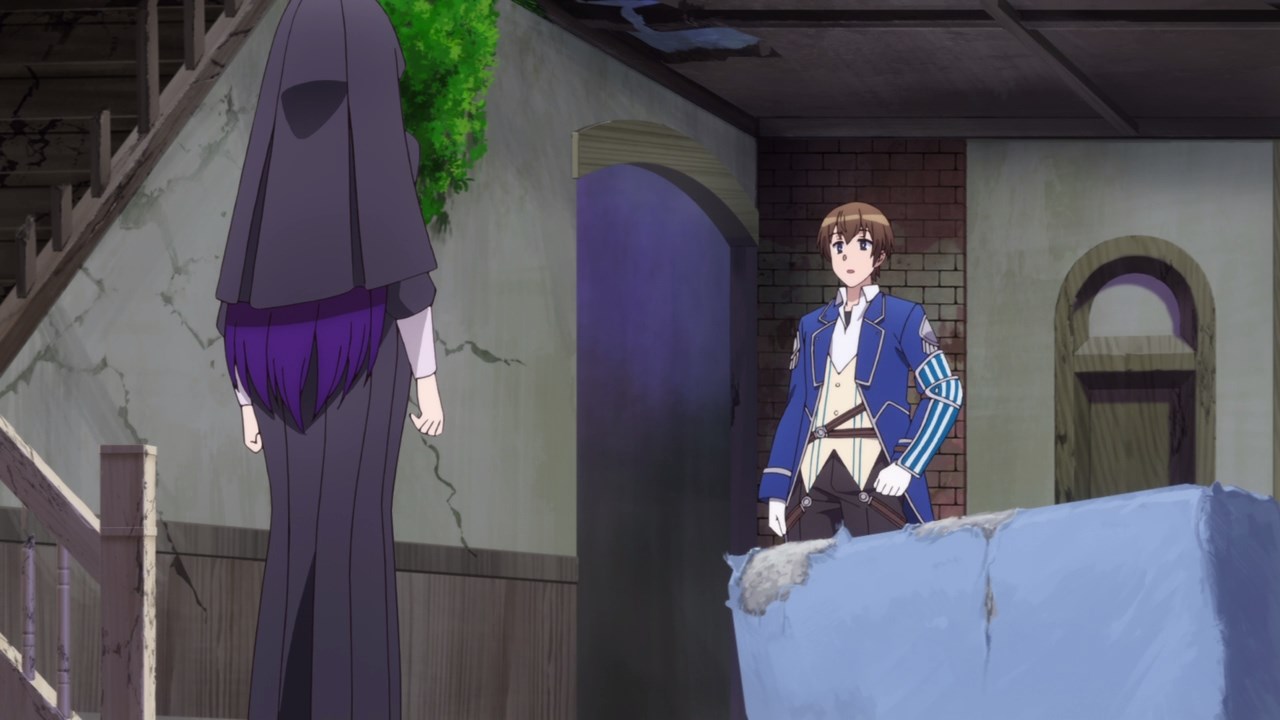 The next day, Shirase informs Masato Oosuki that there are guests waiting outside their guild house.

Turns out, Shirase brought mothers who wanted to join the guild and clear the dungeon. 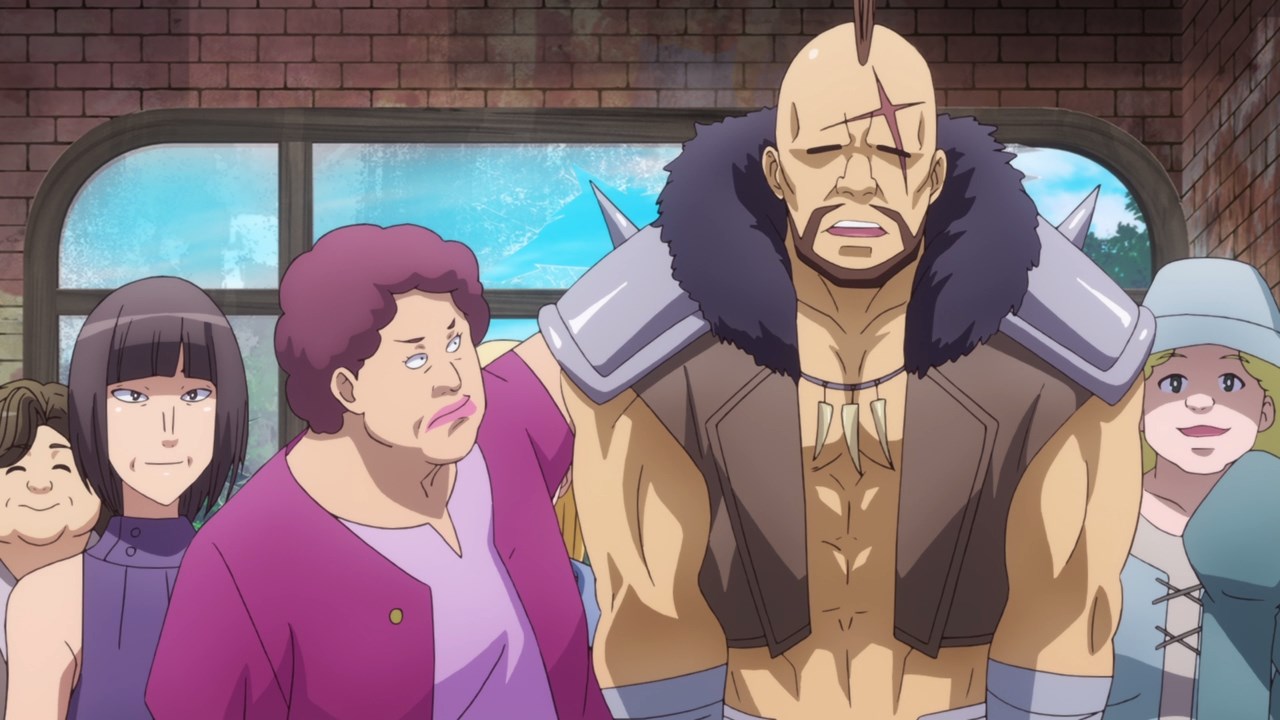 Also, here’s Pocchi where he apologized to Mamako Oosuki for the trouble he caused previously. Sadly, he won’t join Mamako’s guild because Pocchi and his pals have something important to do.

Man, I can’t believe that Mamako’s guild will have more members! Then again, what about Amante and his fellow adventurers, are they still rebelling towards their mothers? 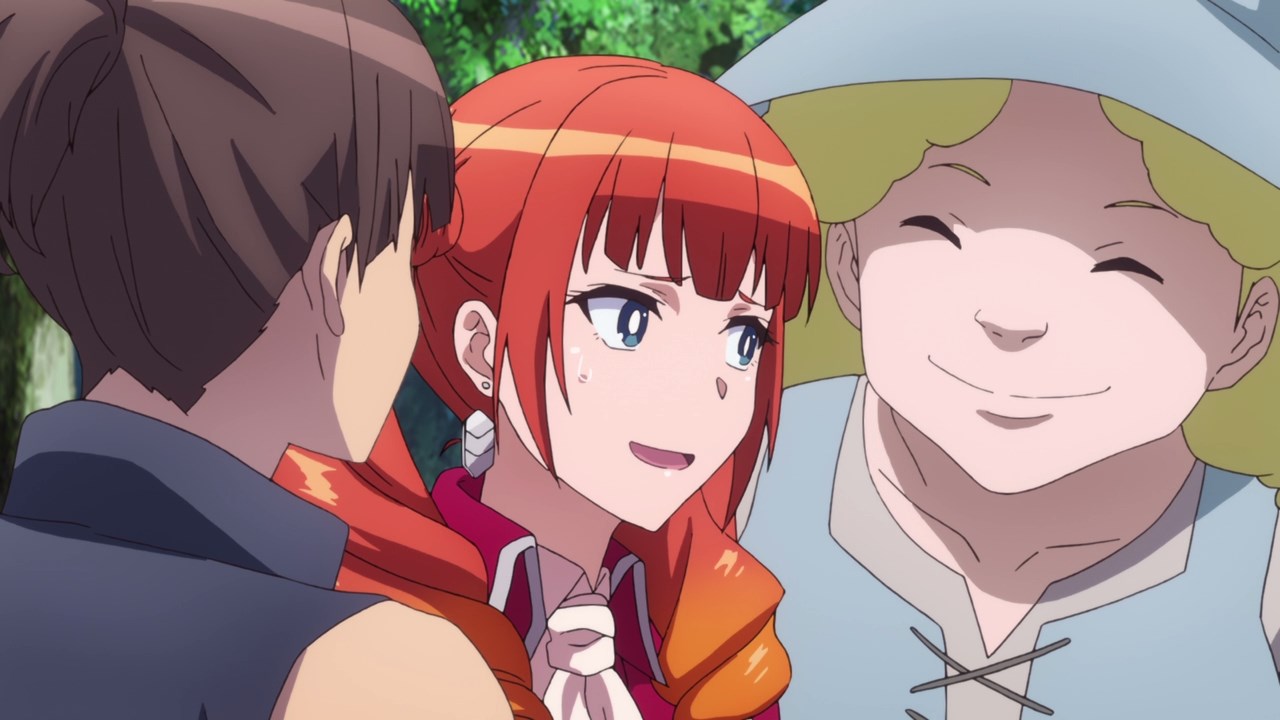 Speaking of mothers, it turns out that instead of having the urgency of rescuing their kids, they want do other things like asking Wise to transport them to various places. 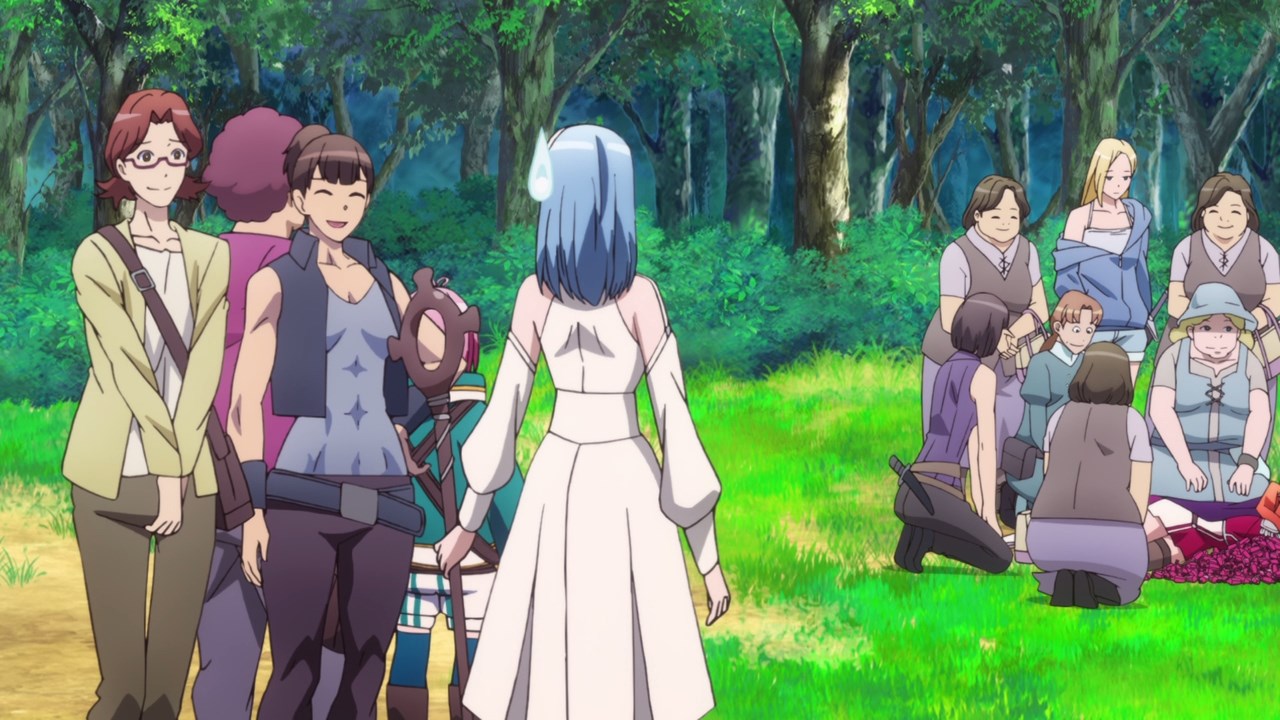 Oh and it’s not just Wise, but also Medhi where she has to heal mothers who have back pain and arthritis. Gotta say that Medhi is not amused by it! 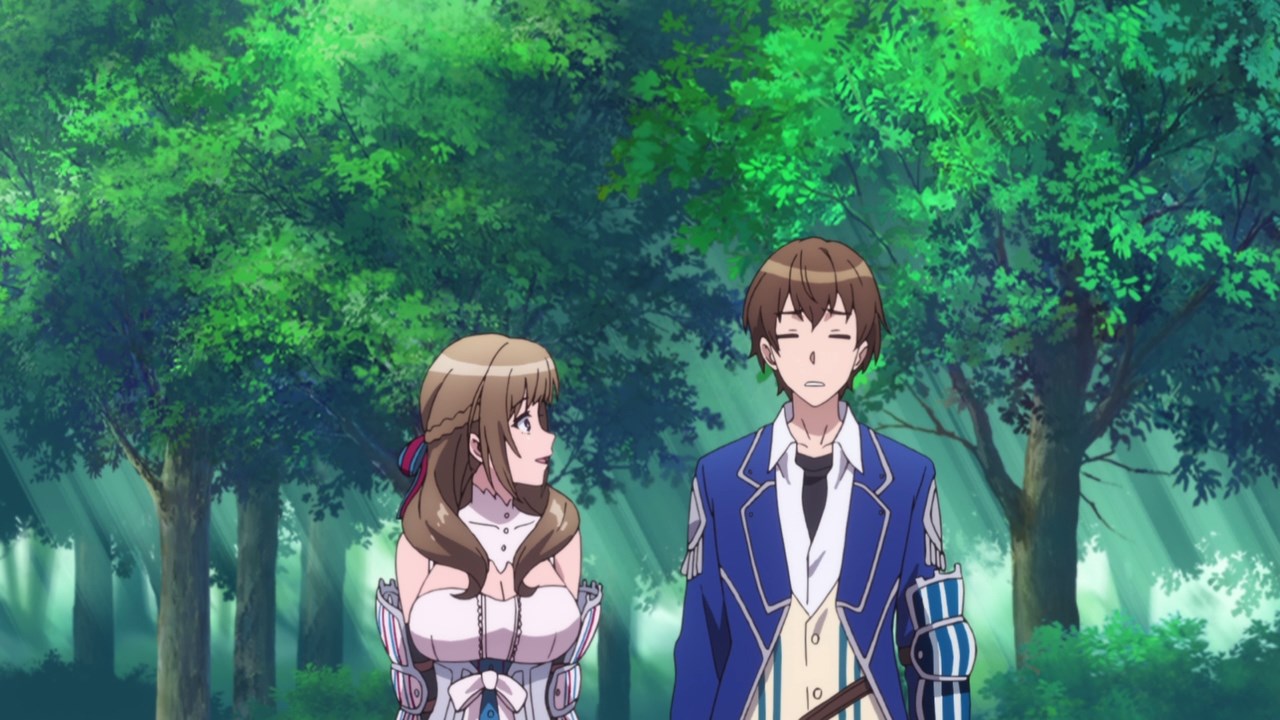 Anyways, it turns out that it wasn’t Ribele who’s posing a threat, it’s actually the mothers who are a pain in the ass to deal with which is why Amante and her buddies rebelled against them.

On the other hand, I wonder where is Amante’s mother? I mean, she should be worry about her daughter! 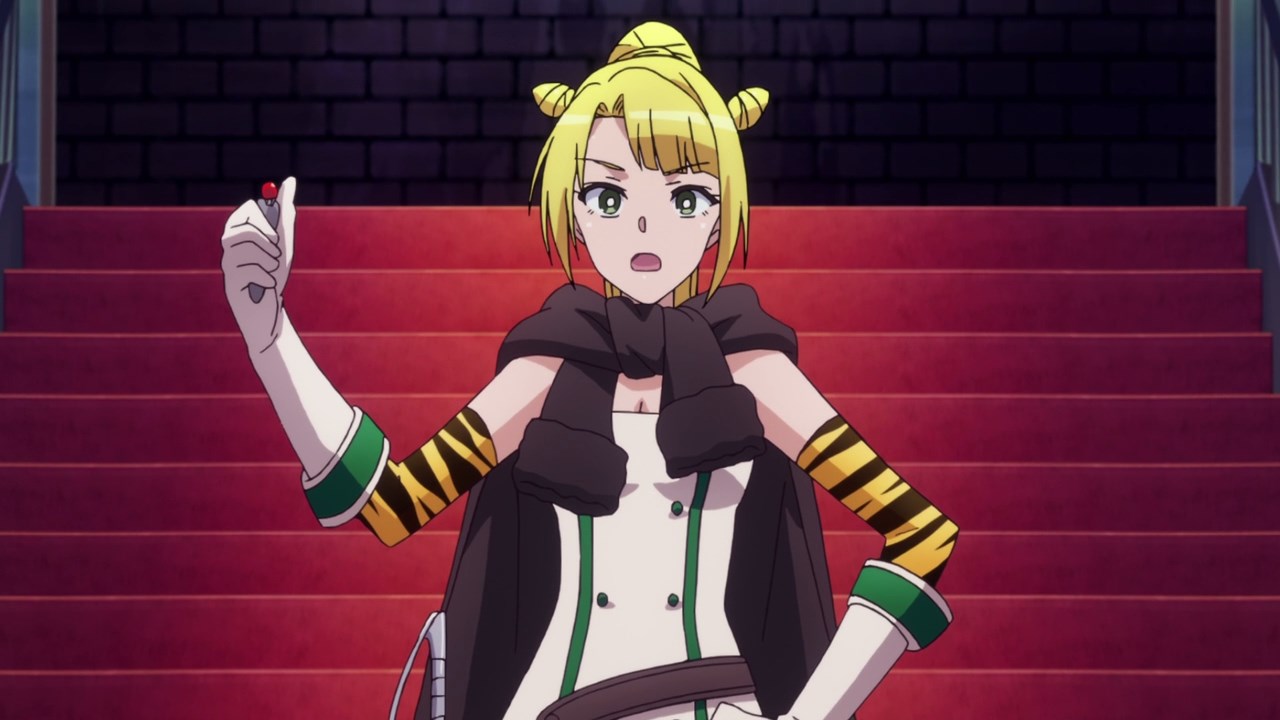 But let’s go back to Amante as she expects Mamako Oosuki and her party to arrive inside the tower dungeon so that she can chuck a bomb onto them.

Unfortunately for Amante, Mamako and her party are busy dealing with various mothers outside the dungeon, which means that she’ll have to go outside and confront the strongest mother in the game! 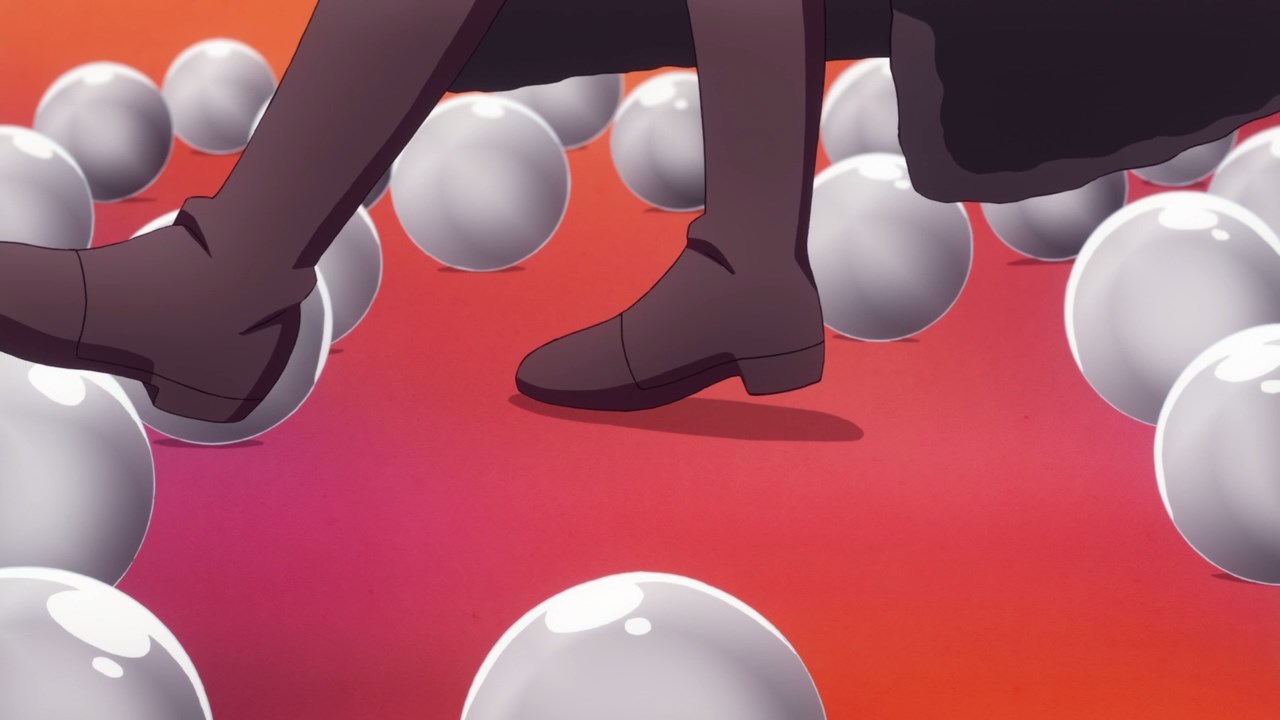 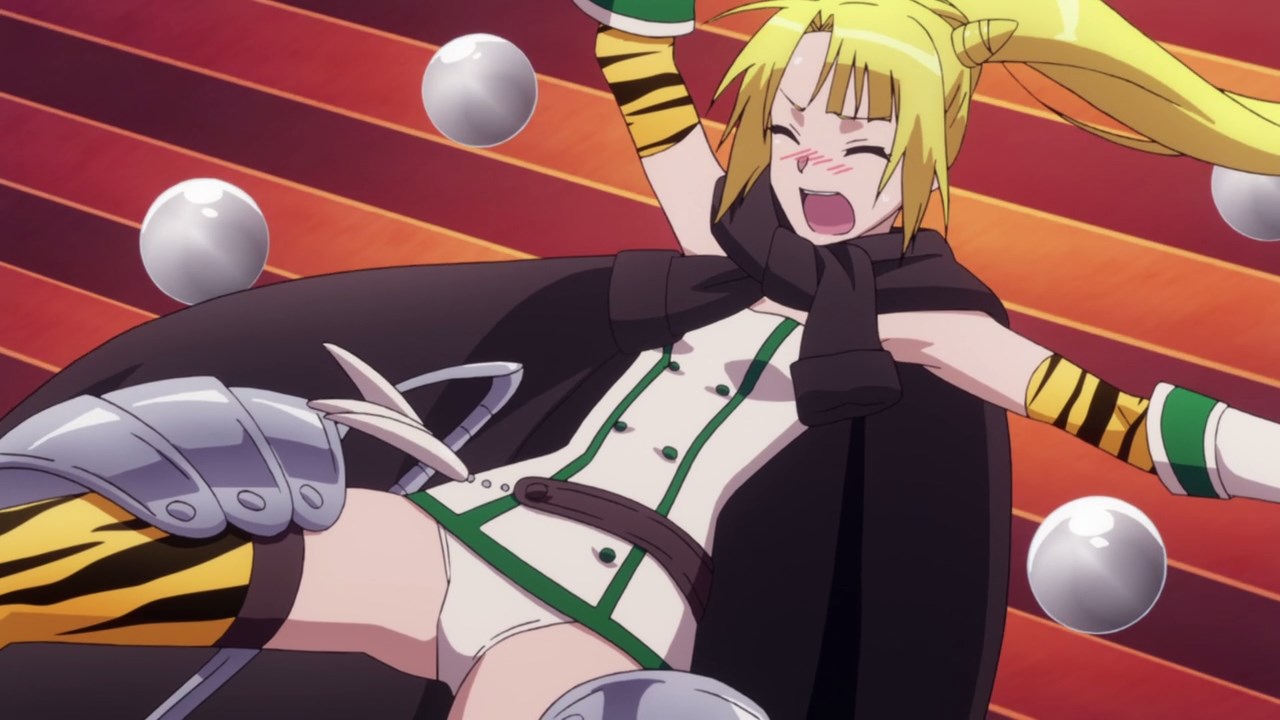 Howeverm Amante tripped and fell down to the stairs again in which I can’t believe that she’s still clumsy as ever.

Even worse is that Amante is being surrounded by crystal bombs. Of course, it’s not gonna explode unless she pushes the detonator. 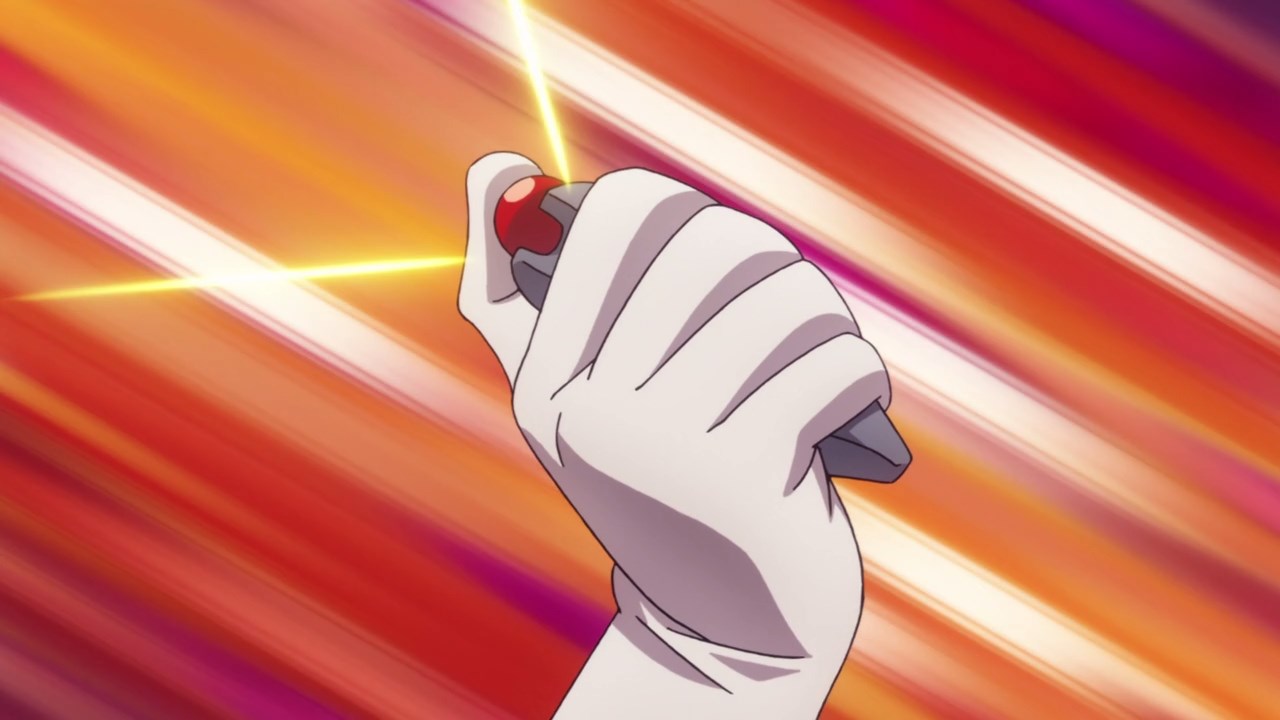 Except that Amante accidentally pushed the detonator switch in which those crystal bombs will explode at any minute. Looks like Amante is one incompetent villain who couldn’t beat Mamako Oosuki and her party! 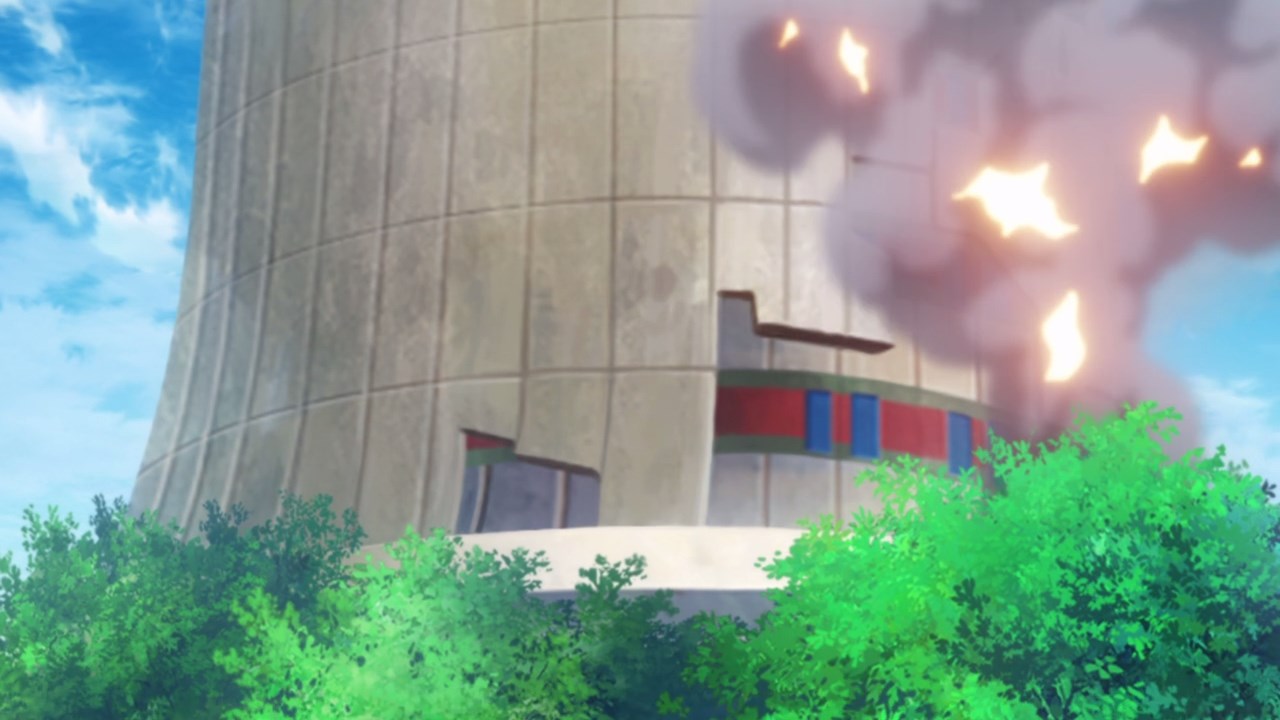 But still, Mamako and her friends will have to rescue the children inside the tower dungeon, although they need to sort it out in regards to their new guild members as they don’t have the urgency to see their kids again.

Anyways, tune in next time for the penultimate episode!