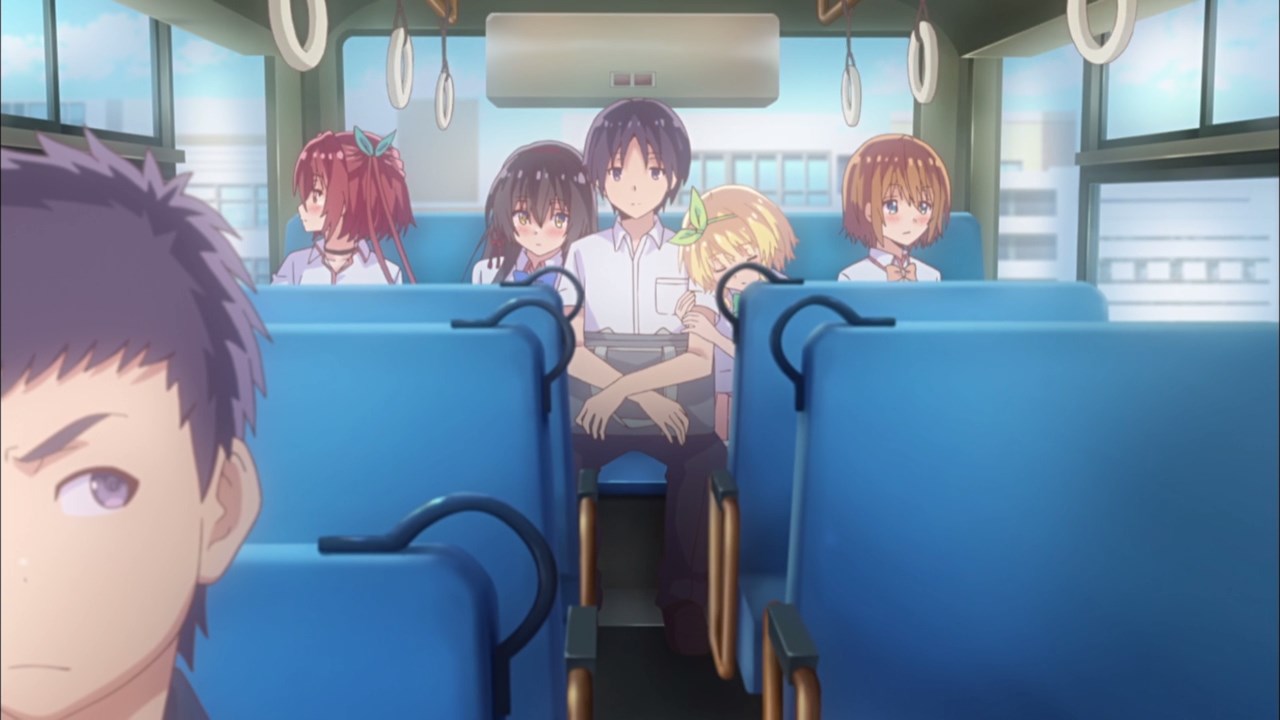 This is the penultimate episode as Keiki Kiryu invited some girls to a pool because he wants to find out who is the Cinderella who left her panties at the club room.

While you have the usual suspects from the calligraphy club like Sayuki Tokihara and Yuika Koga, I’m surprised that Keiki-kun invited Mizuha for this trip. Sadly, Ayano Fujimoto won’t join him because she’s very busy with school work, as well as having a very sensitive nose where Fujimoto might faint upon sniffing some strong body odor at the pool!

Now then, here’s Mizuha Kiryu where she looked so sexy in her bikini. I mean, she has big breasts although Sayuki-sempai is bigger. 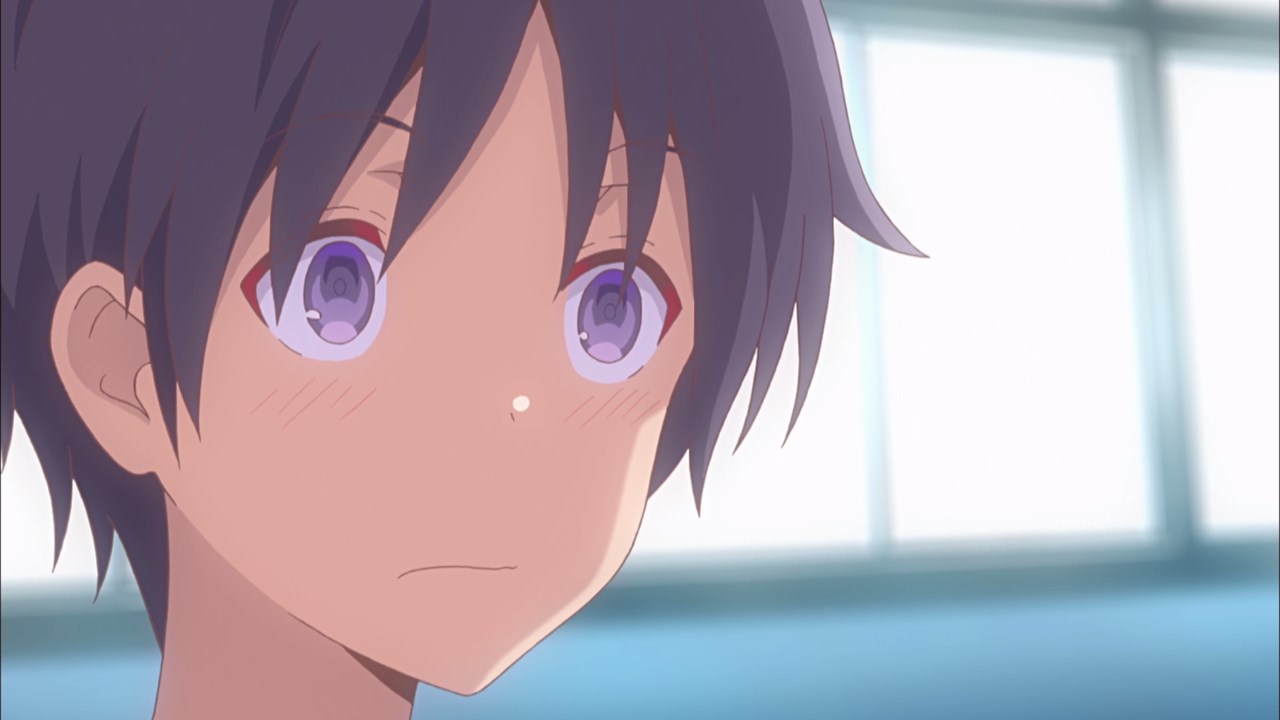 Even Keiki-kun couldn’t believe that his sister is gorgeous! Still, I wonder if he’ll find the Cinderella after this? 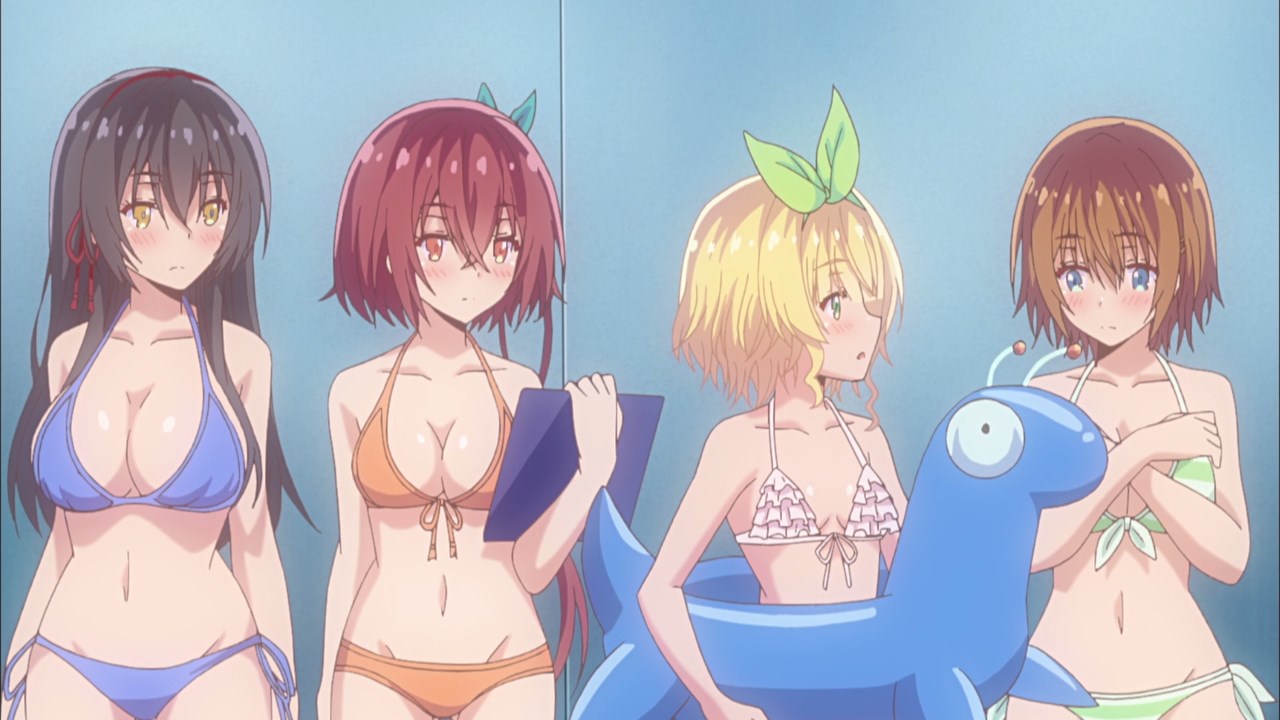 Also, here’s the rest of the calligraphy club and while you have Sayuki Tokihara and Yuika Koga wearing their swimsuits, I’m surprised that Mao Nanjou is quite stacked despite being the fujoshi! 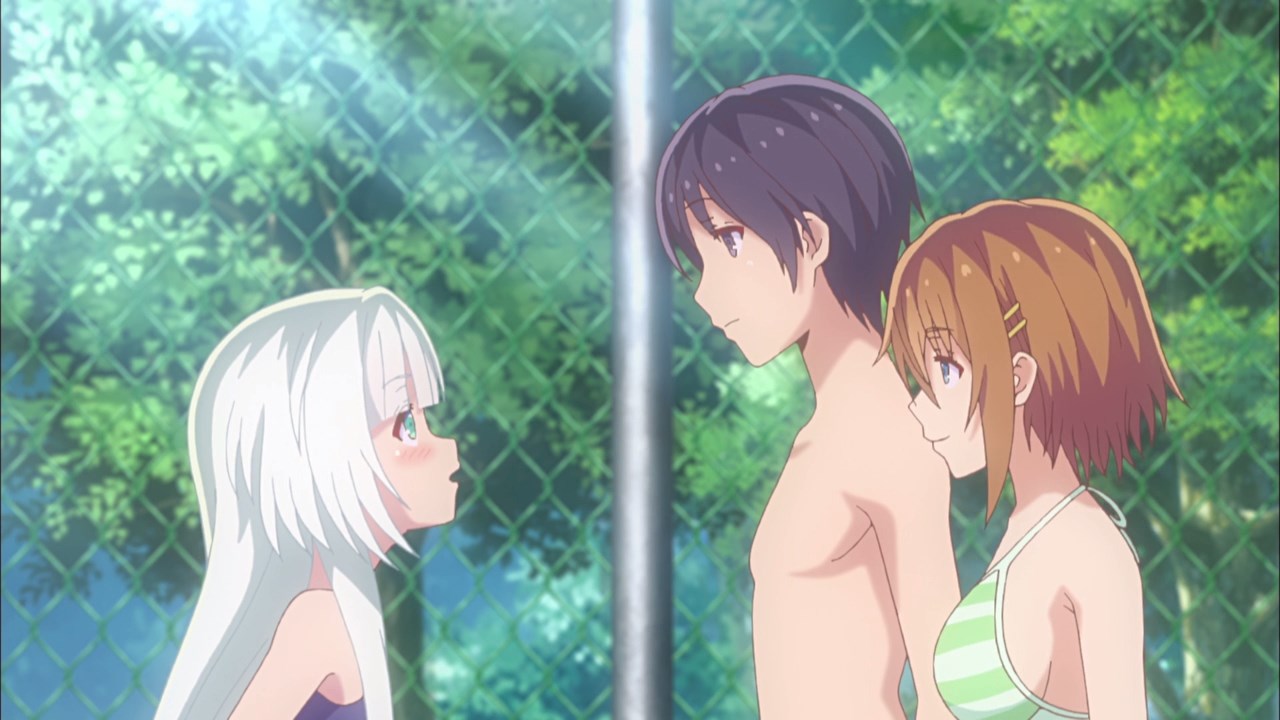 One last thing, here’s Koharu Otori where she asked Keiki-kun for help. Although she’s wearing an old-style school swimsuit, I wonder why Koharu-chan wants Keiki’s assistance? 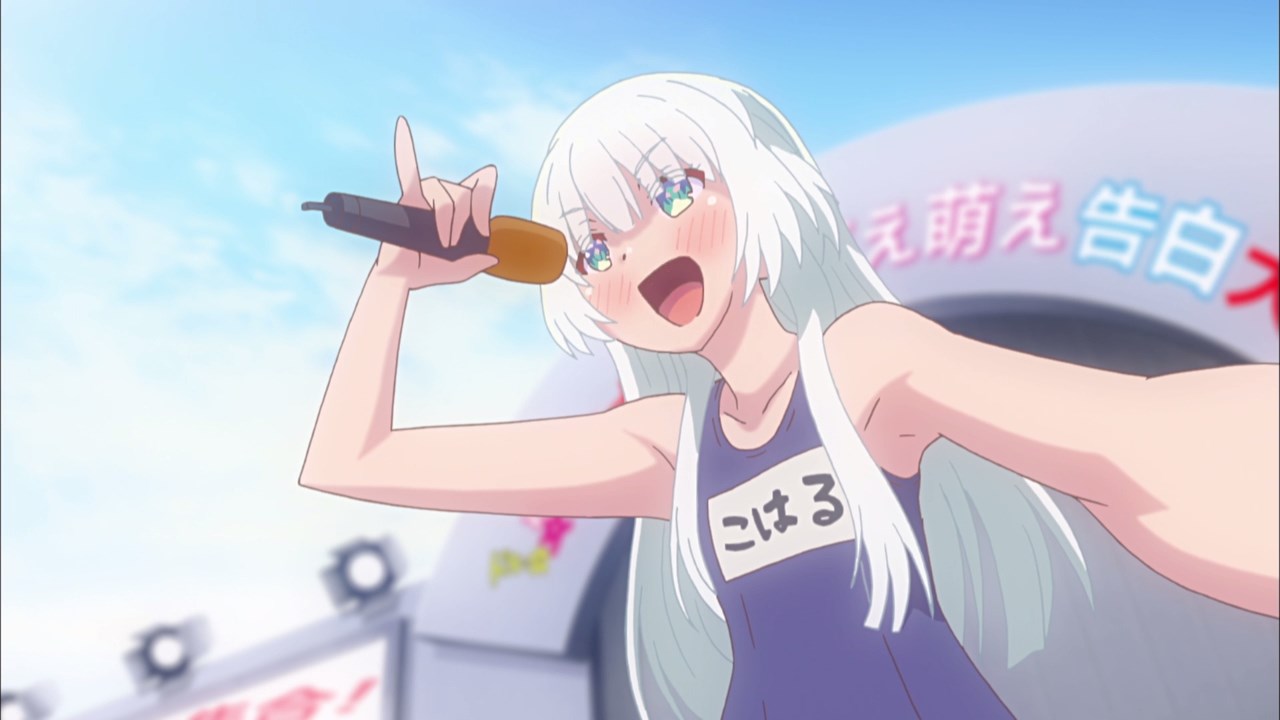 Turns out, she’s actually a host for a beauty contest where Otori needed participants. Luckily, Keiki Kiryu brought some girls to participate, but he won’t do anything as Keiki-kun will just watch the contest. 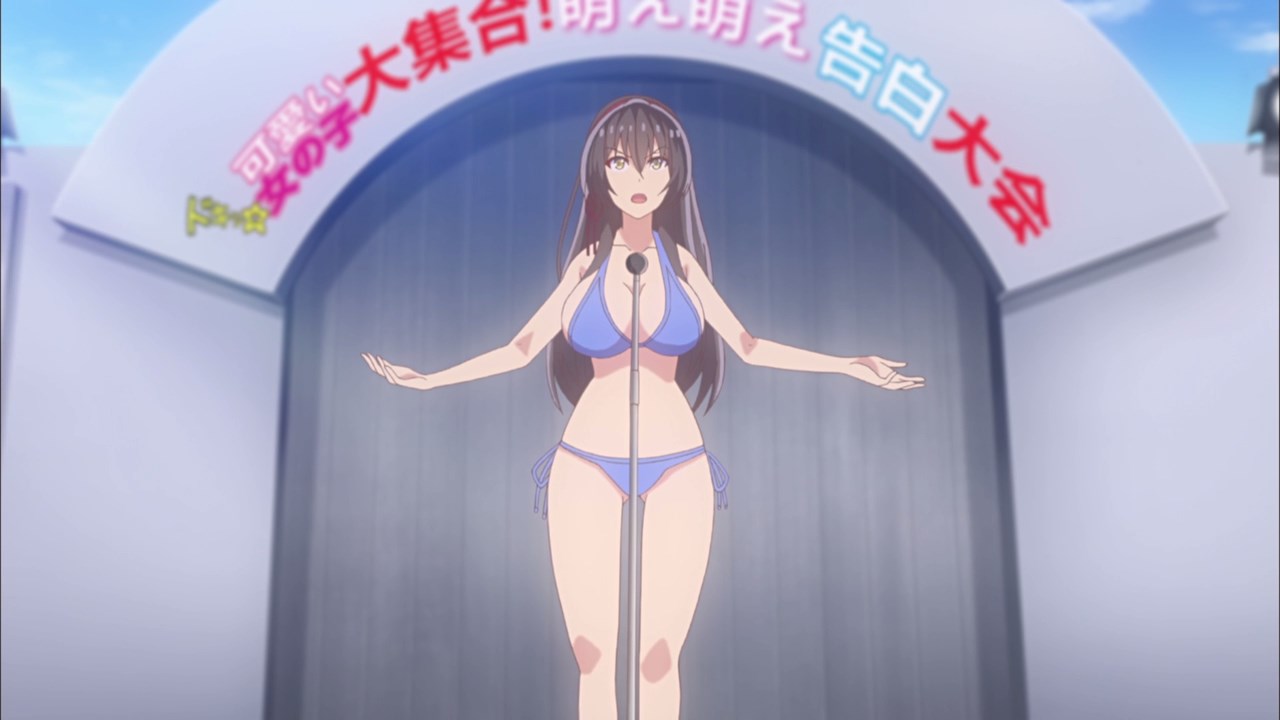 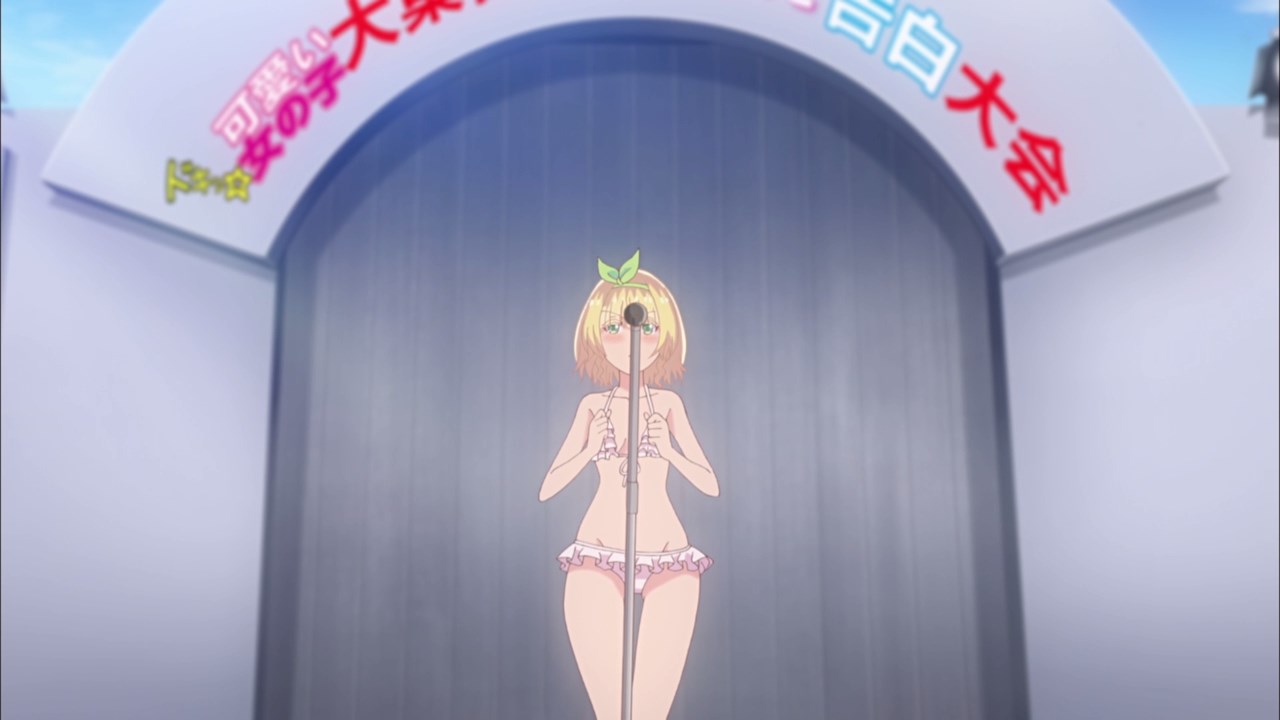 But anyways, let’s begin the beauty contest where you have Sayuki Tokihara and Yuika Koga duking it out! 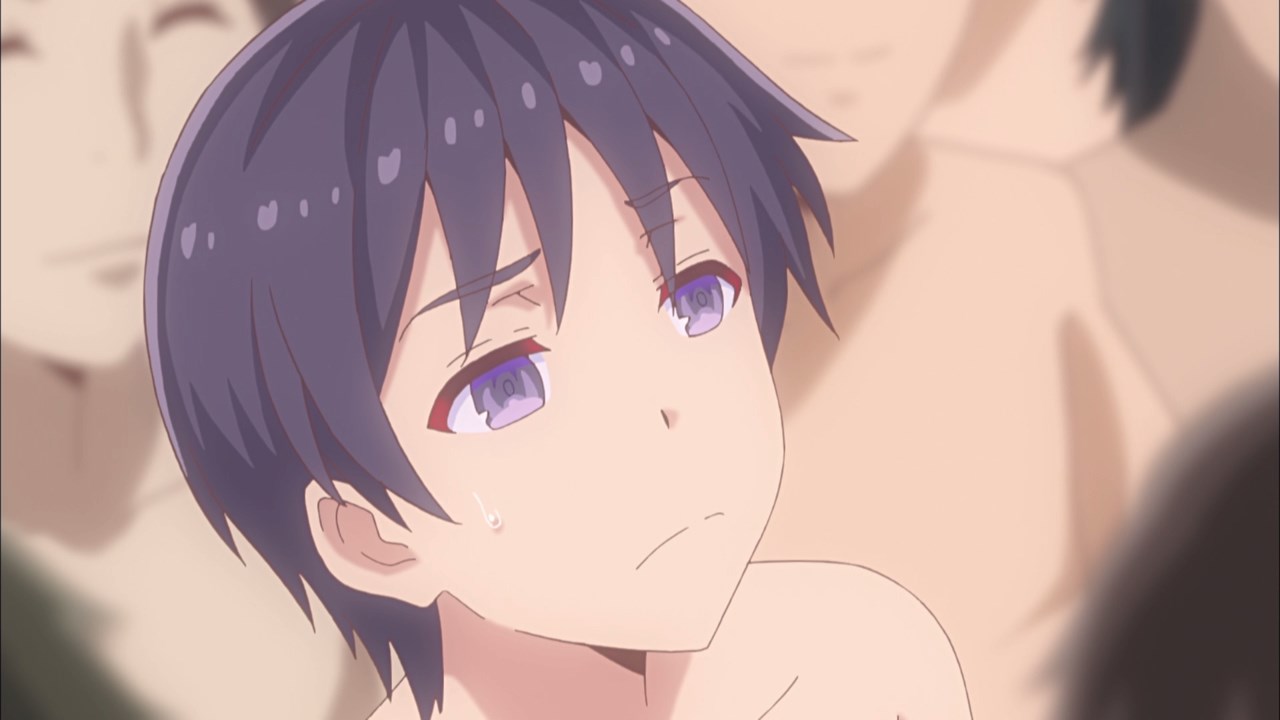 Even Keiki Kiryu felt that the audience couldn’t handle their intense rivalry. But you know what, the boys don’t care as long as they want to see a battle between a big-breasted witch and a loli demon! 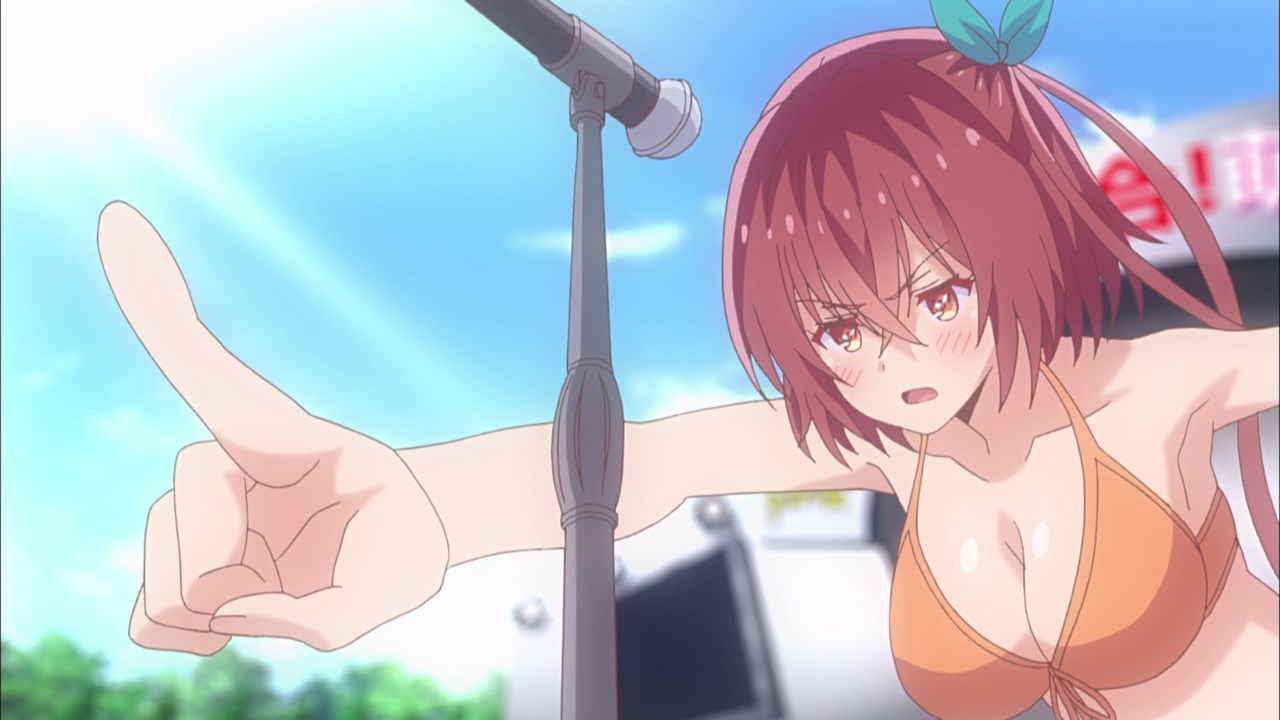 Next up is Mao Nanjou where she delivered a love confession fitting for her tsundere attitude. Then again, Mao is a fujoshi where she continues to ship Keiki Kiryu with Shoma Akiyama for eternity. 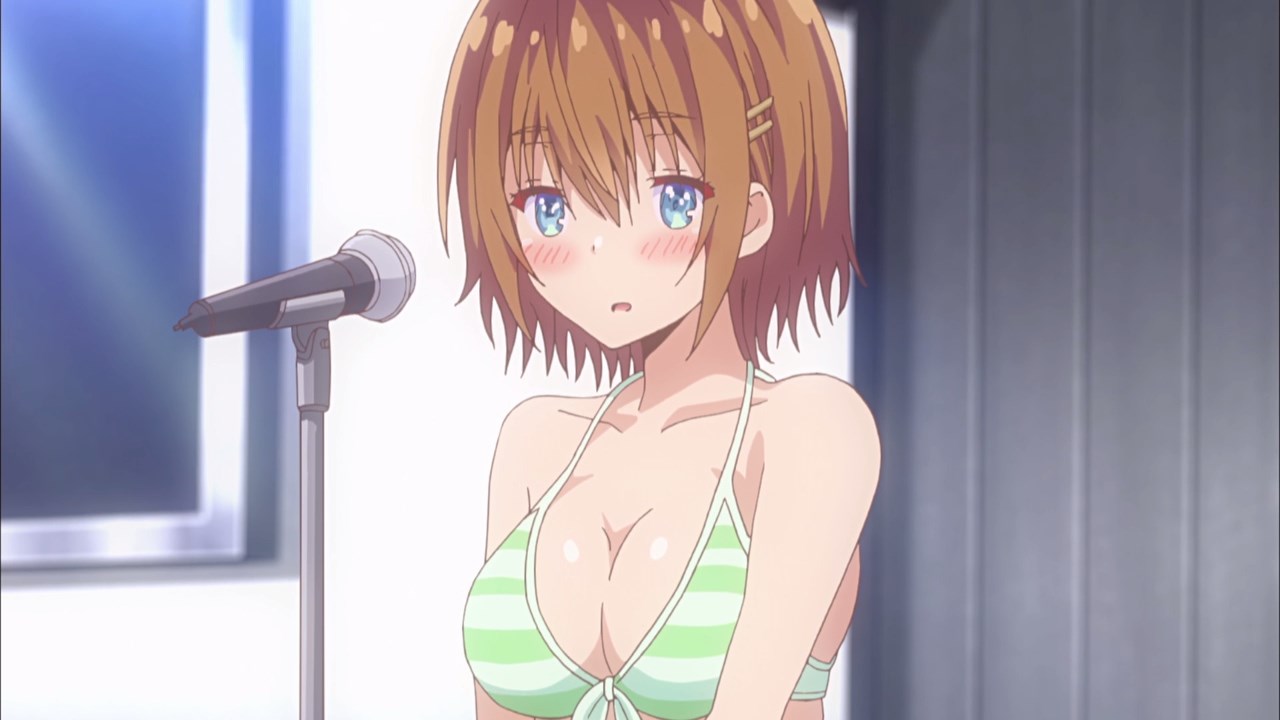 And lastly, here’s Mizuha Kiryu where her cute charms and meek personality has captivated everyone… 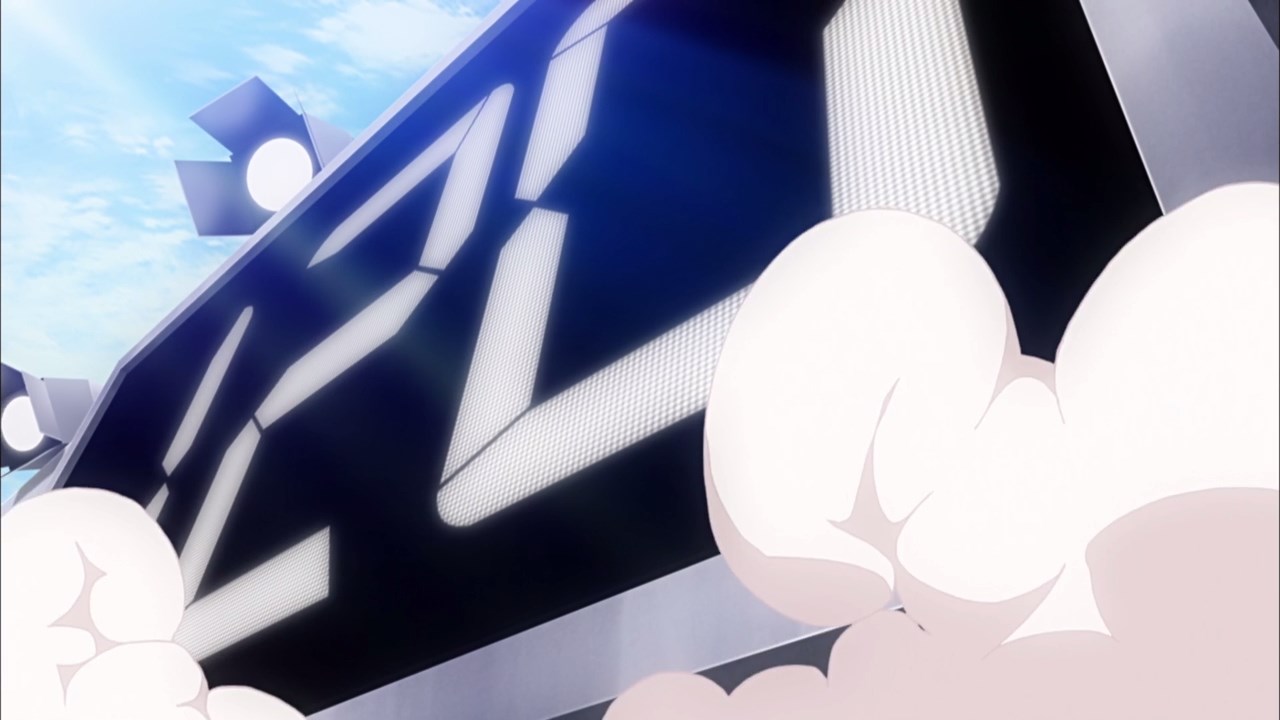 …to the point that the rating system is off the scale. Well everyone, looks like Mizuha Kiryu is the winner of this beauty contest! 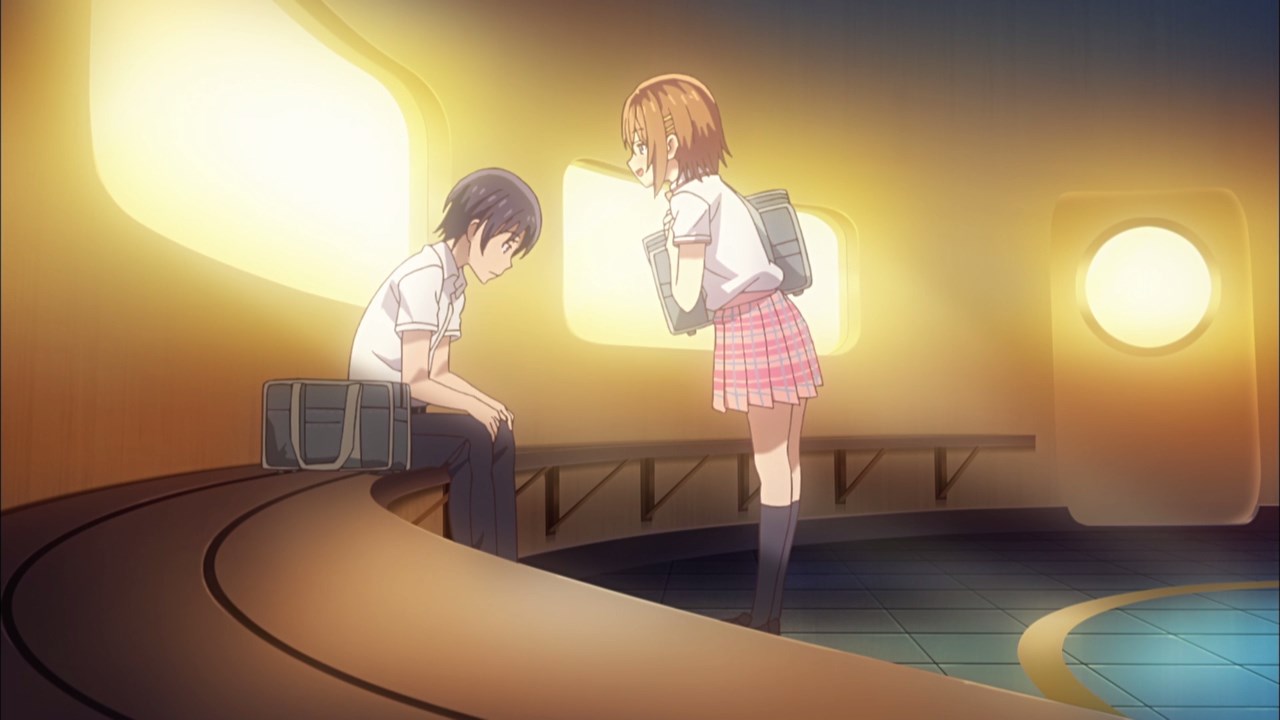 Anyways, looks like everyone had fun at the pool, especially Mizuha where she got a prize after winning the contest.

But for Keiki-kun however, he really wants to know who left those panties at the club room and took it back from under his matress. Of course, Keiki already figure it out. 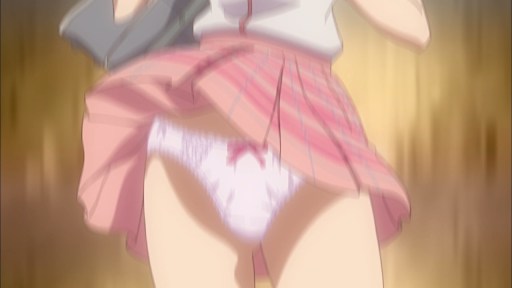 And so, Keiki did the unthinkable where he flipped Mizuha’s skirt to reveal the panties that was placed at the club room on that day.

Wait, don’t tell me that Mizuha is the Cinderella that Keiki is looking for the entire time!? 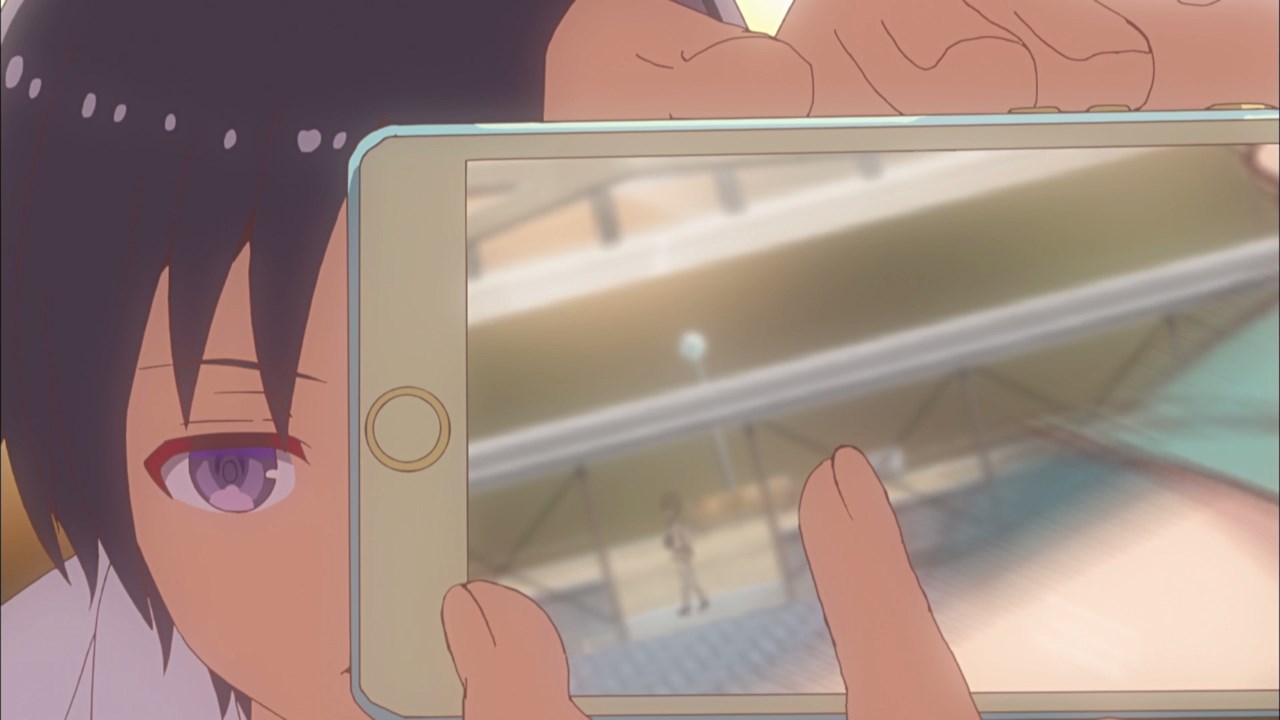 Well, Keiki Kiryu finally figure it out after looking one of Koharu Otori’s pictures, where his sister went back to the club room and put her panties and a love letter at the table.

But wait a second, is Mizuha Kiryu in love with her brother? 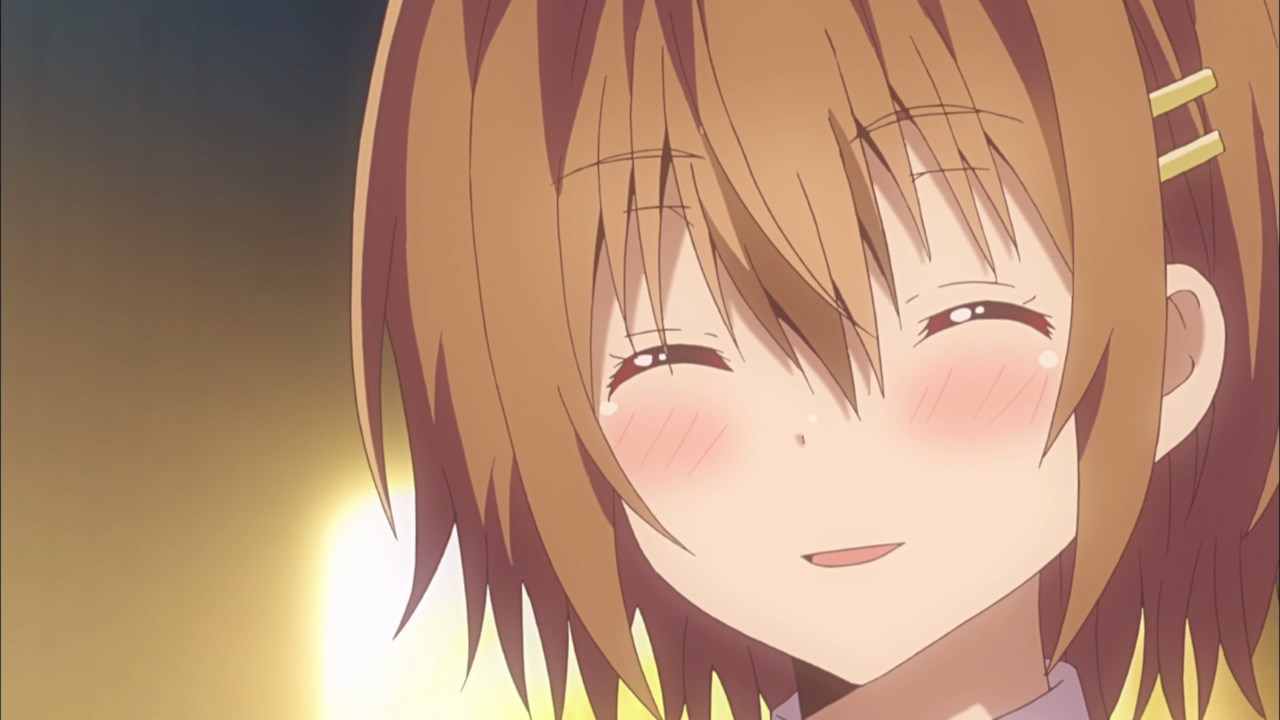 Turns out that she’s really in love with Keiki-kun after her cover was blown. Of course, Keiki told Mizuha that incest is bad and everyone will shun both of them. Well, the only incest I approve is Yosuga no Sora.

However, Mizuha doesn’t care on what everyone thinks as she wants to tell something important to Keiki-kun… 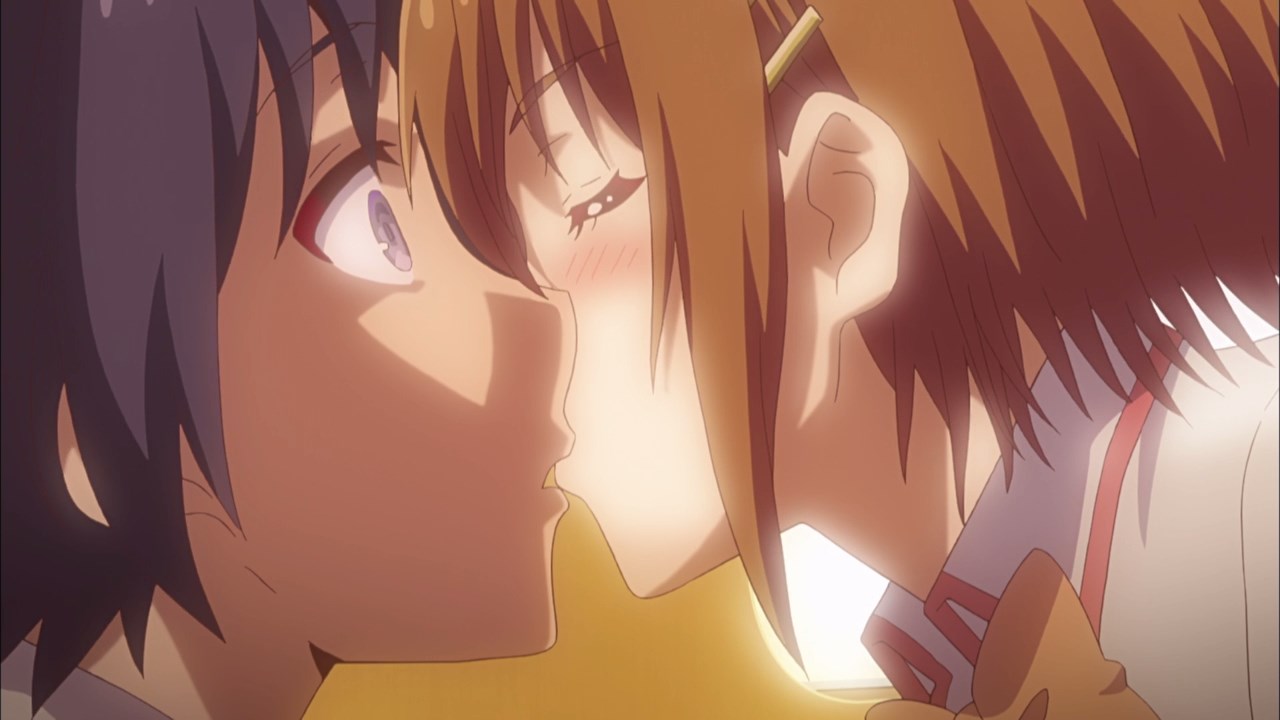 …while kissing him in the lips. Turns out, they have the same age and they’re not actually blood-related. Wait, I didn’t know that they’re step-siblings!

But yeah, I was surprised that I not only learn the real identity of Cinderella, but also got blown away by the revelation that both Keiki and Mizuha are not related by blood. Man, I have a bad feeling that the last episode won’t be pleasant because of this reveal.