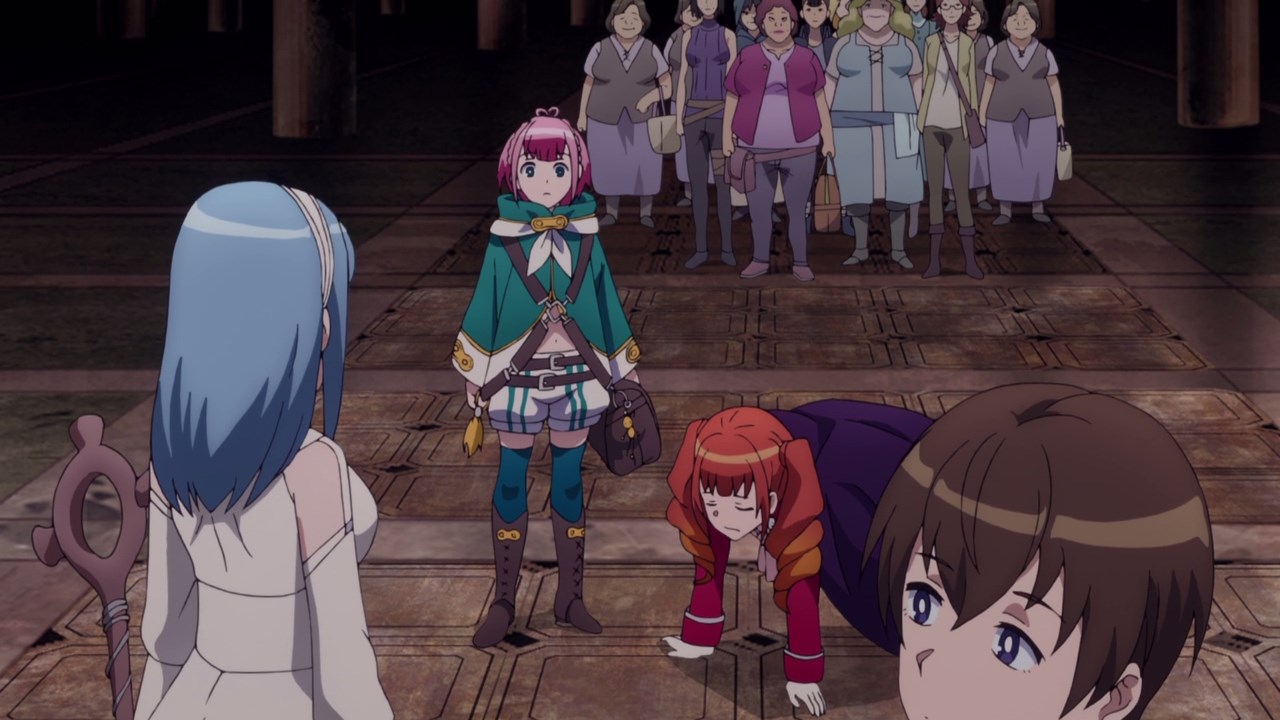 After doing some errands outside the tower dungeon, Mamako Oosuki and her guild have managed to get inside and it seems that Wise is already tired of climbing the tower, aside from teleporting mothers to various places. 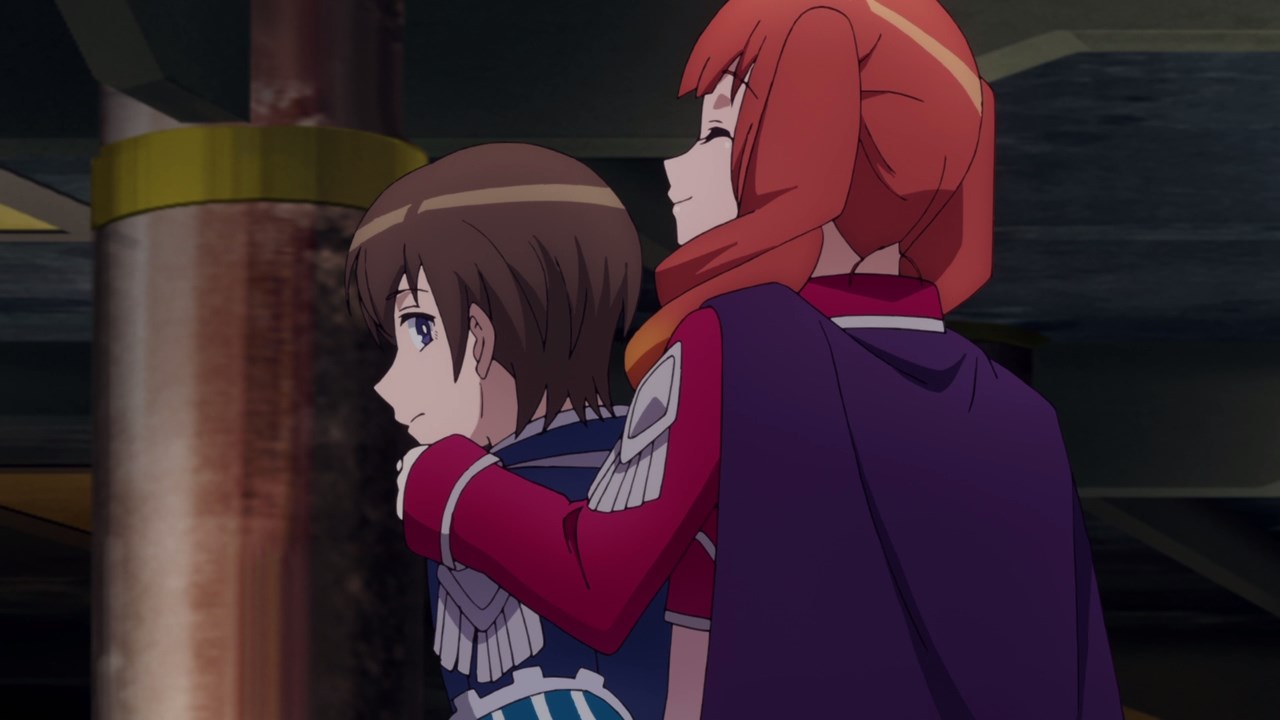 Luckily, Masato Oosuki offered Wise a piggyback ride because c’mon, girls are delicate. Anyways, Wise took the offer and she’s now being carried by Masato, although Medhi wants Wise out because she’s too weak. 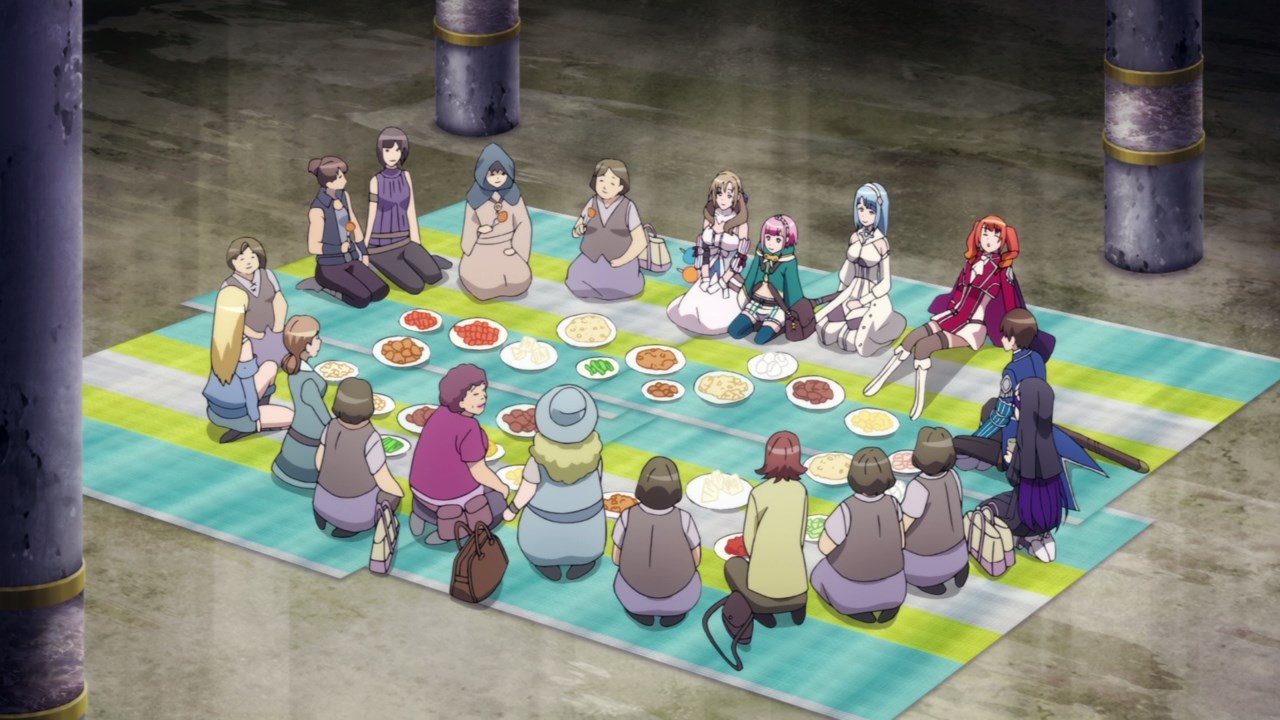 Anyways, Mamako’s guild is having a picnic and while they’re taking their time to clear the tower dungeon, they need to have a sense of urgency since Amante and her guild Ribele are a threat.

But then again, Amante is so incompetent that she trigger her own traps. Yeah, she’s not that threatening! 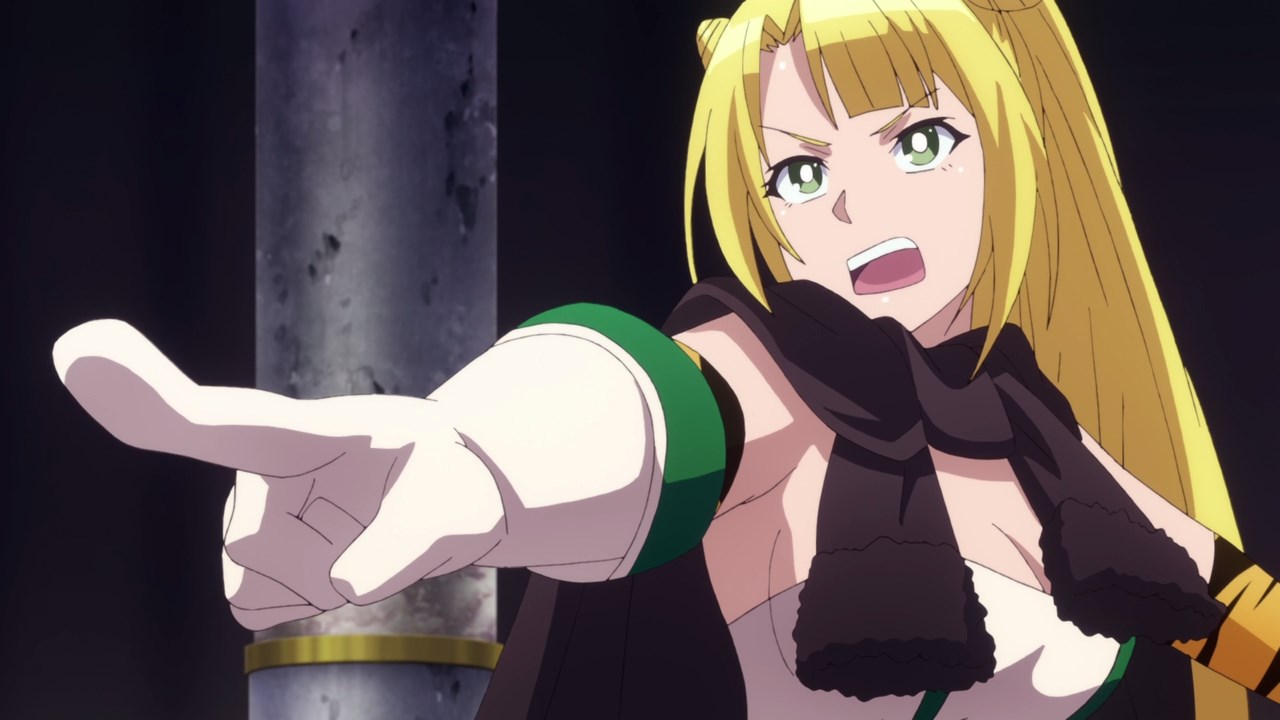 And speaking of Amante, she’s here where Amante expects Mamako Oosuki and her guild to fight her at the top floor, but got impatient and decided to come down and face Mamako instead. 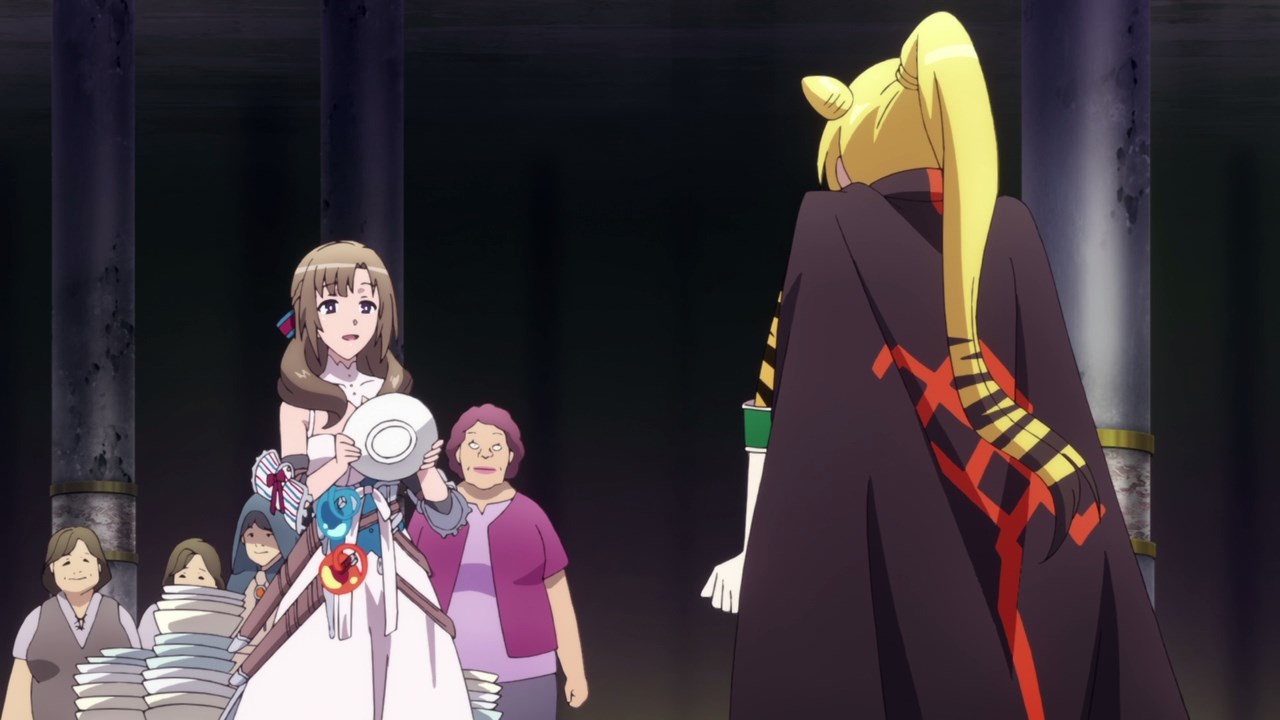 Unfortunately, Mamako is busy cleaning the dishes so she won’t fight Amante for the time being until the plates are cleaned. Of course, Amante won’t let Mamako do her motherly duties peacefully. 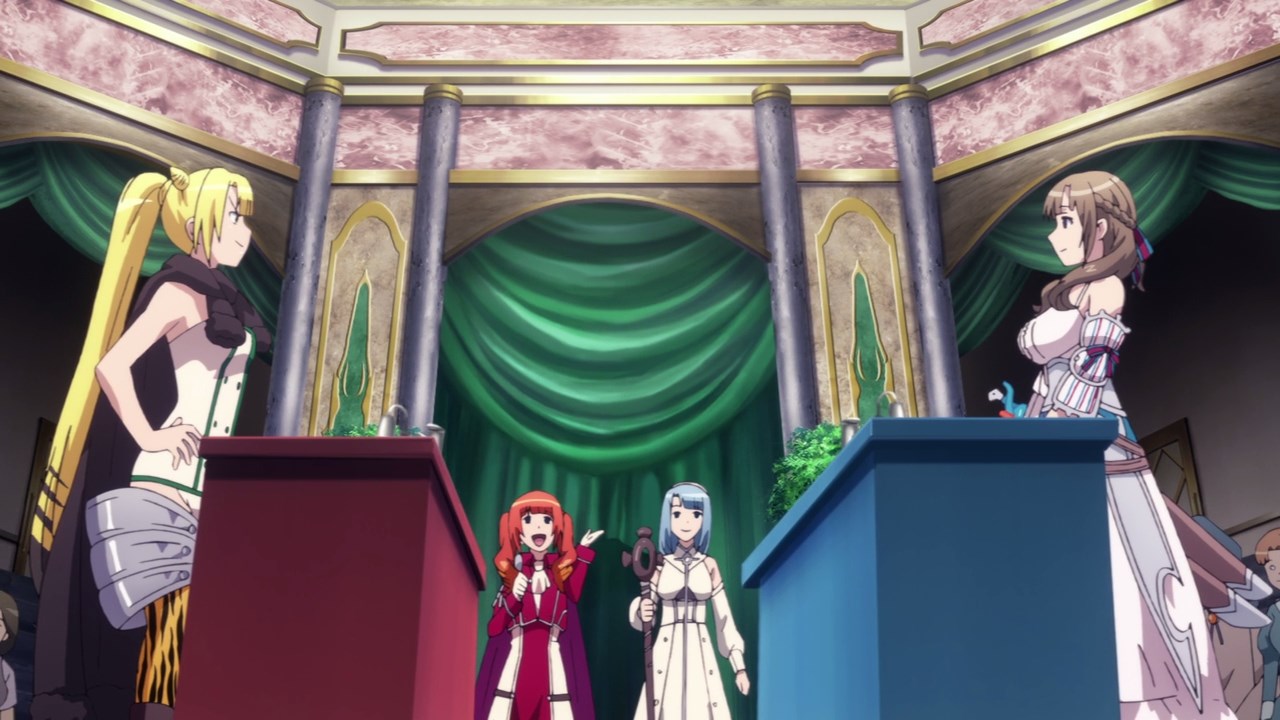 So, Amante challenges Mamako Oosuki to a duel where they’ll clean dishes as fast as possible. Oh, and the plates should be spotless too which is why Mamako Oosuki will beat Amante on this pointless battle. 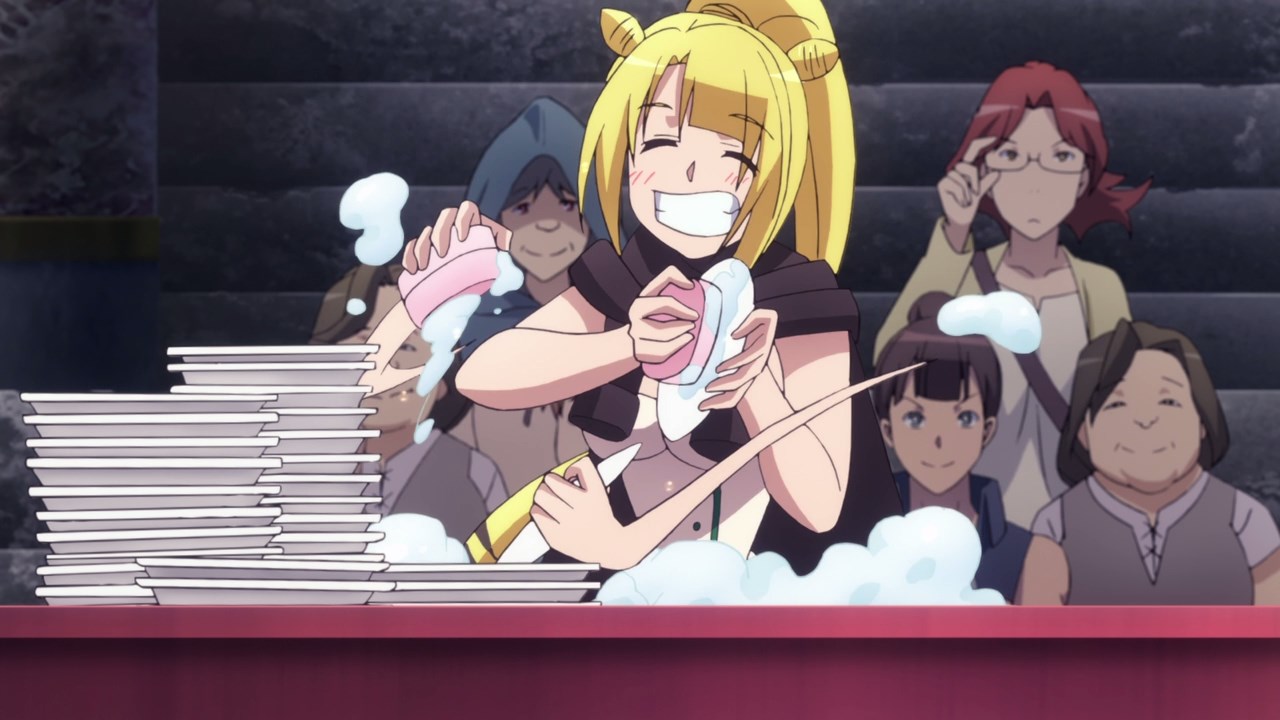 But anyways, here’s Amante where she cleans the dishes like some amateur. I mean, Amante just cleans the least-dirtiest plates to get things done, but what about Mamako? 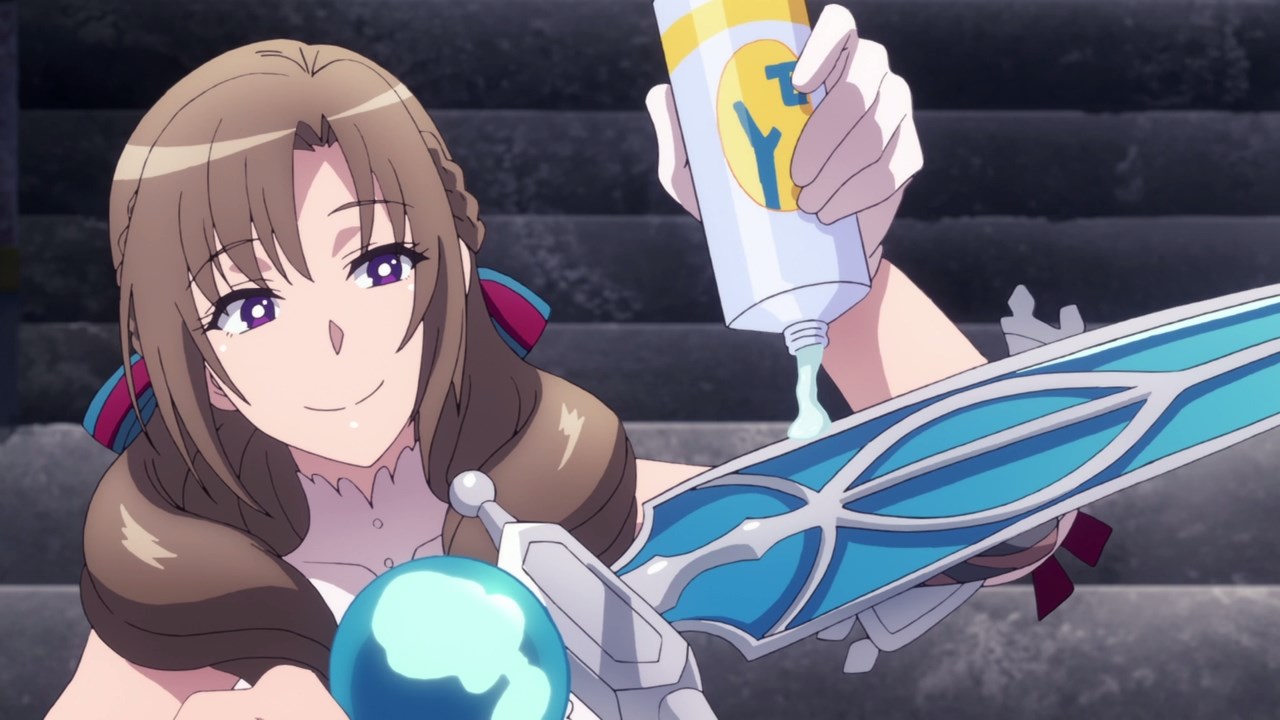 Well, Mamako Oosuki puts some soap on her Altura sword… 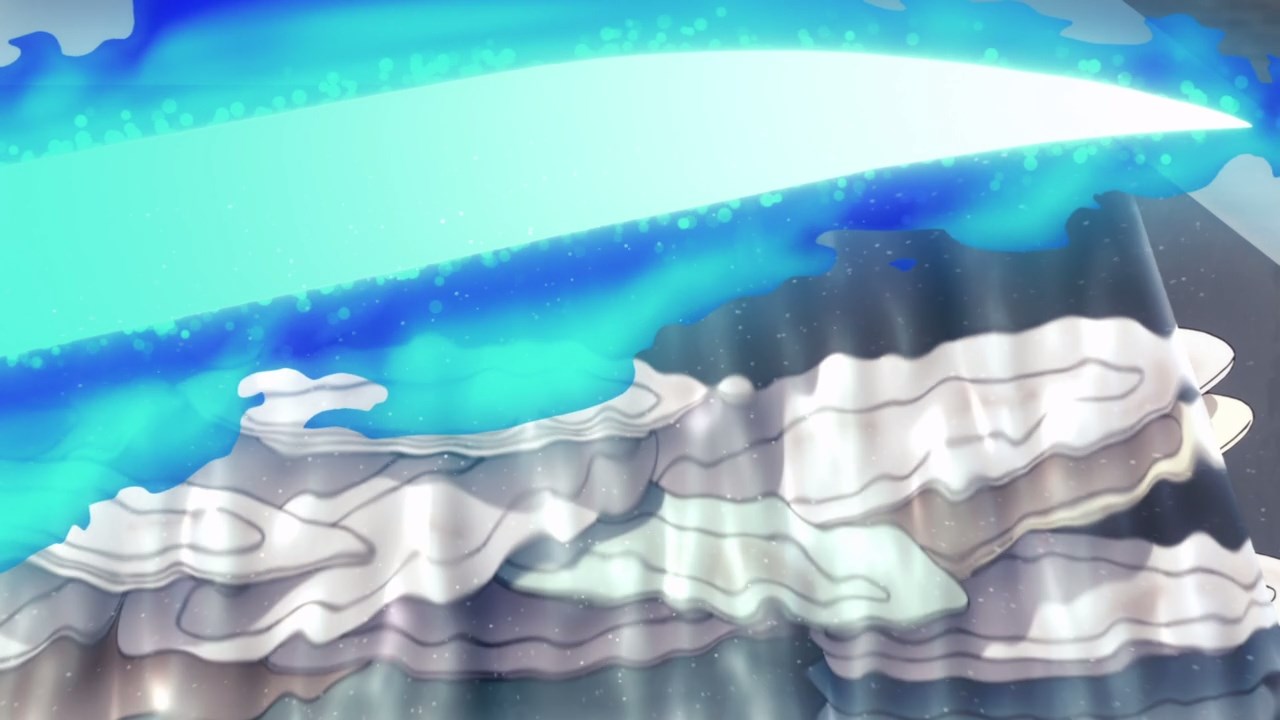 …and use it as a freakin’ dishwashing machine. Man, I have to say that Mamako uses her two swords like some Swiss Army knife. 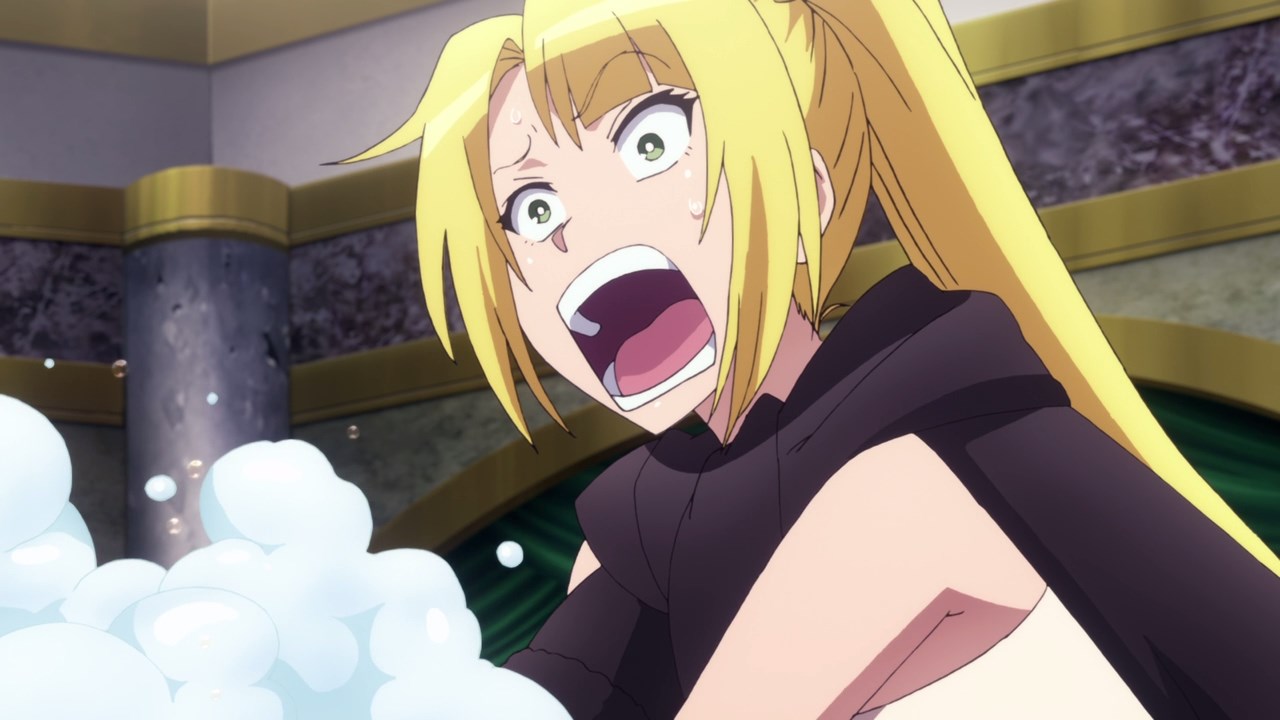 As for Amante, she was stunned at Mamako’s technique that Amante calls it as cheating.

Of course in Mamako’s defense, she doesn’t have water to carry around since the guild house’s plumbing is damaged, so Mamako asked her Altura sword for help. 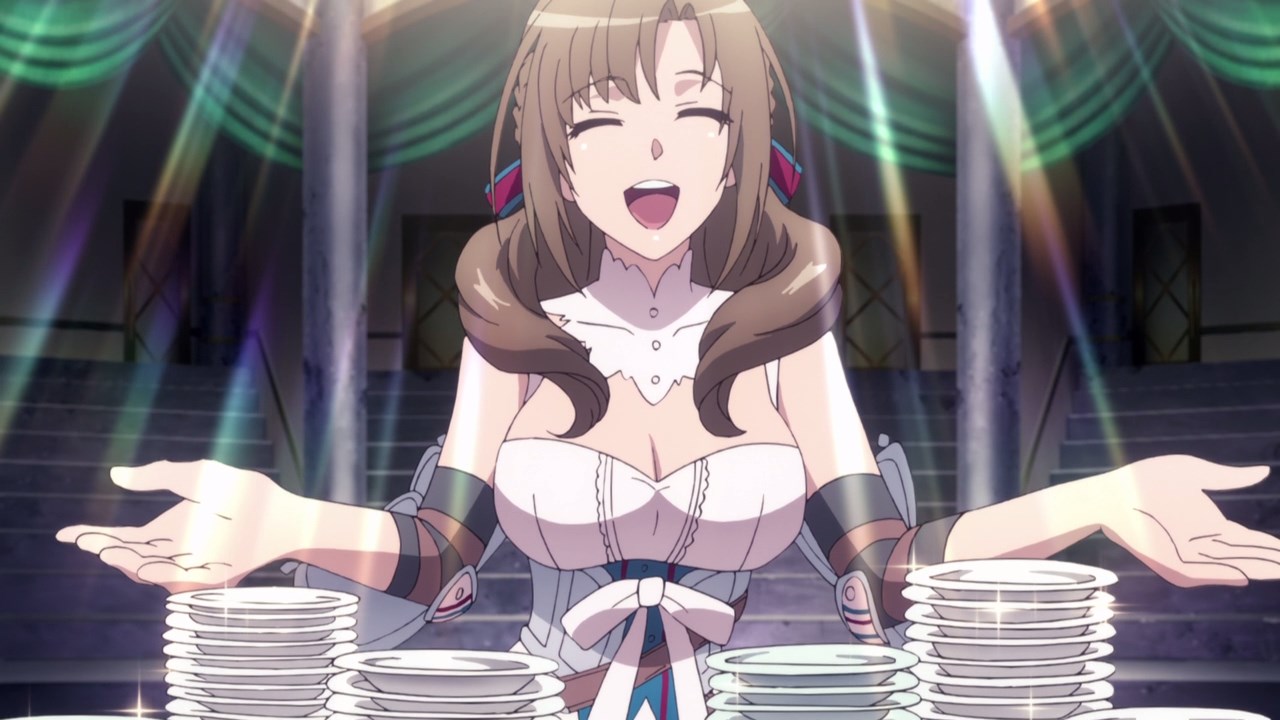 And so, we have a clear winner as Mamako Oosuki finished washing the dishes. Gotta say that it’s no contest for this amazing mother! 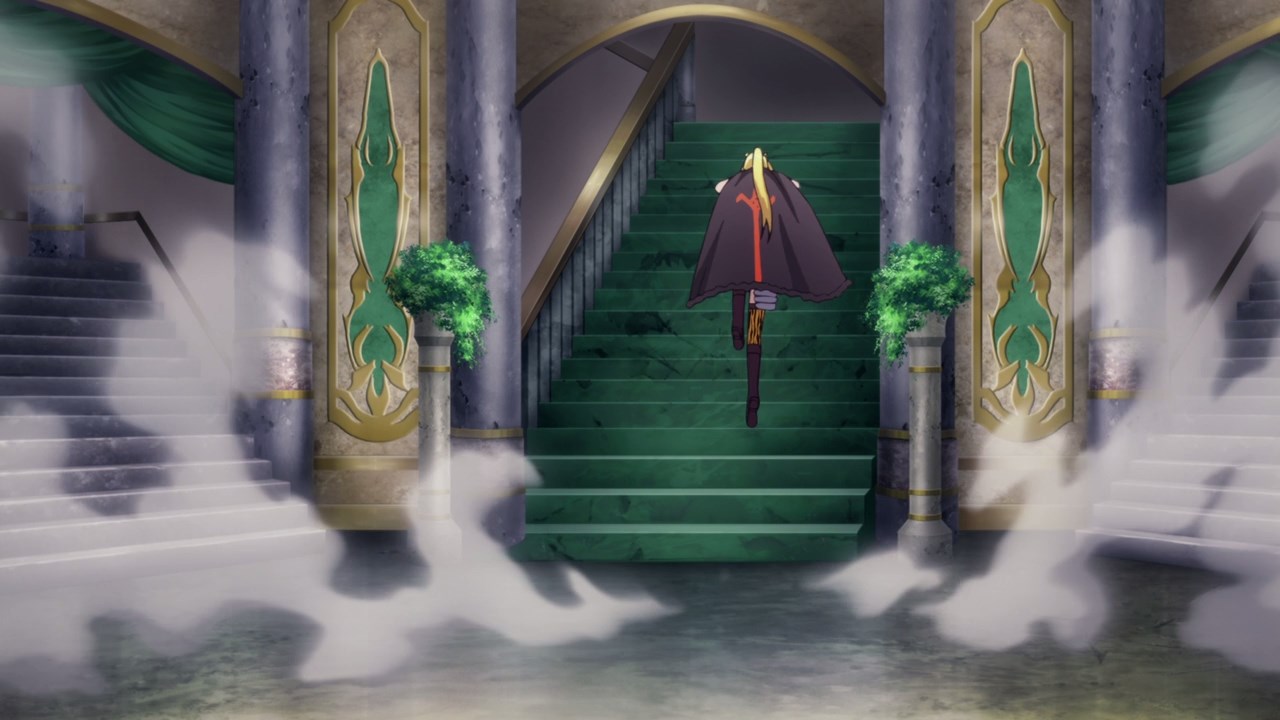 But for Amante however, she won’t give up as the leader of Ribele went upstairs to set-up another trap. I bet that Amante will screw that up too! 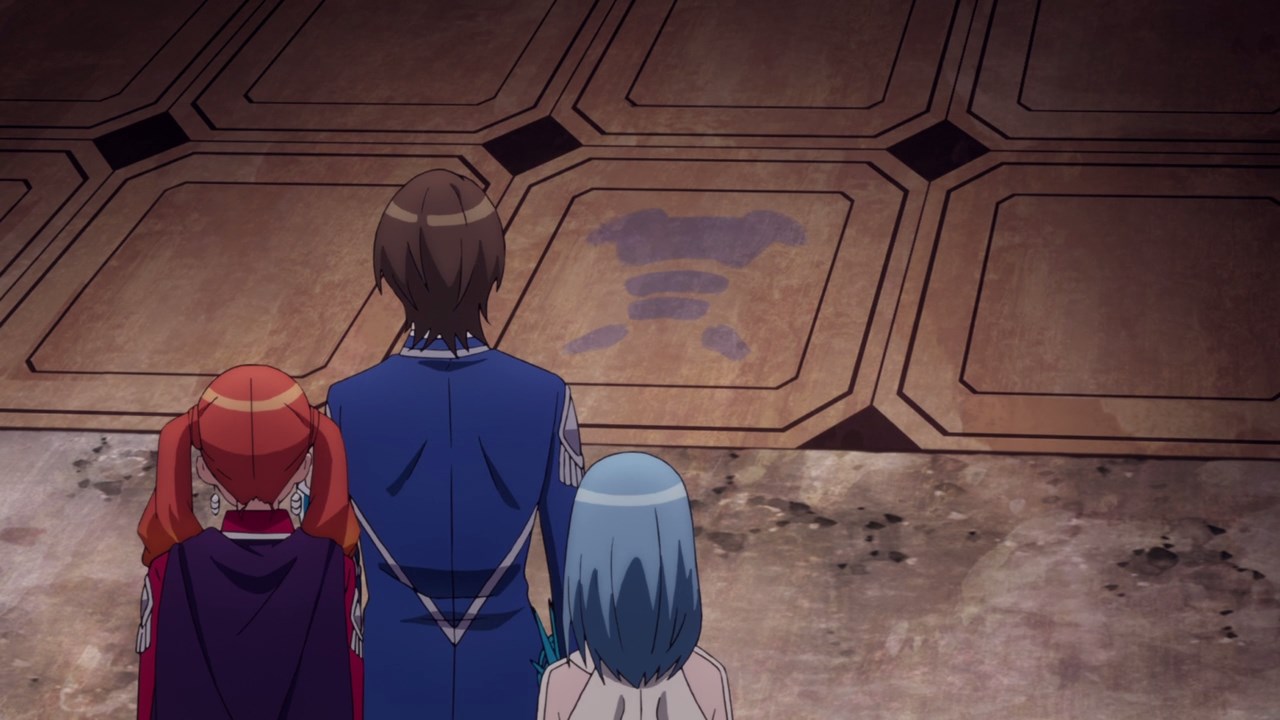 Now then, Mamako’s guild have finally reached the 81st floor until they stumble upon this panel where it supposed to make them lighter.

Except that instead of making them lighter, this panel strips their armor away until they’re reduced to wearing their underwear.

And while Masato is horrified that he’s reduced to wearing boxers, he’s worried about his mother…

…as she’s reduced to wearing lingerie. Imagine if Mamako is wearing bikini armor where she’ll lose that upon stepping that panel.

Luckily, Shirase told the other moms not to step on those panels, right after she step on it where Shirase is just wearing her lingerie. Sucks that Shirase is not wearing some garterbelt.

Now then, what about the rest of Mamako’s guild? Sure that the mothers are now safe, but what about Wise and the rest?

Oh, she and the rest got in the same predicament and while they supposed to be embarrassed since they’re just wearing their underwear, the only person who got embarrassed for it is none other than Masato Oosuki.

Heck, even Porter is also affected by that panel but hey, at least Mamako’s guild is okay but I’m worried that they’re gonna get wrecked without protection.

And so, it’s time for Mamako Oosuki and the rest to tackle a powerful boss beyond that door.

However, what emerges from that door is none other than the Betrayer of Mothers herself, Amante. Really Amante, why does it have to be you?

On the other hand, Amante just happened to wear nothing but her lingerie in which she got embarrassed for it. Man, I bet that Amante stepped one of the panels that removes her armor. 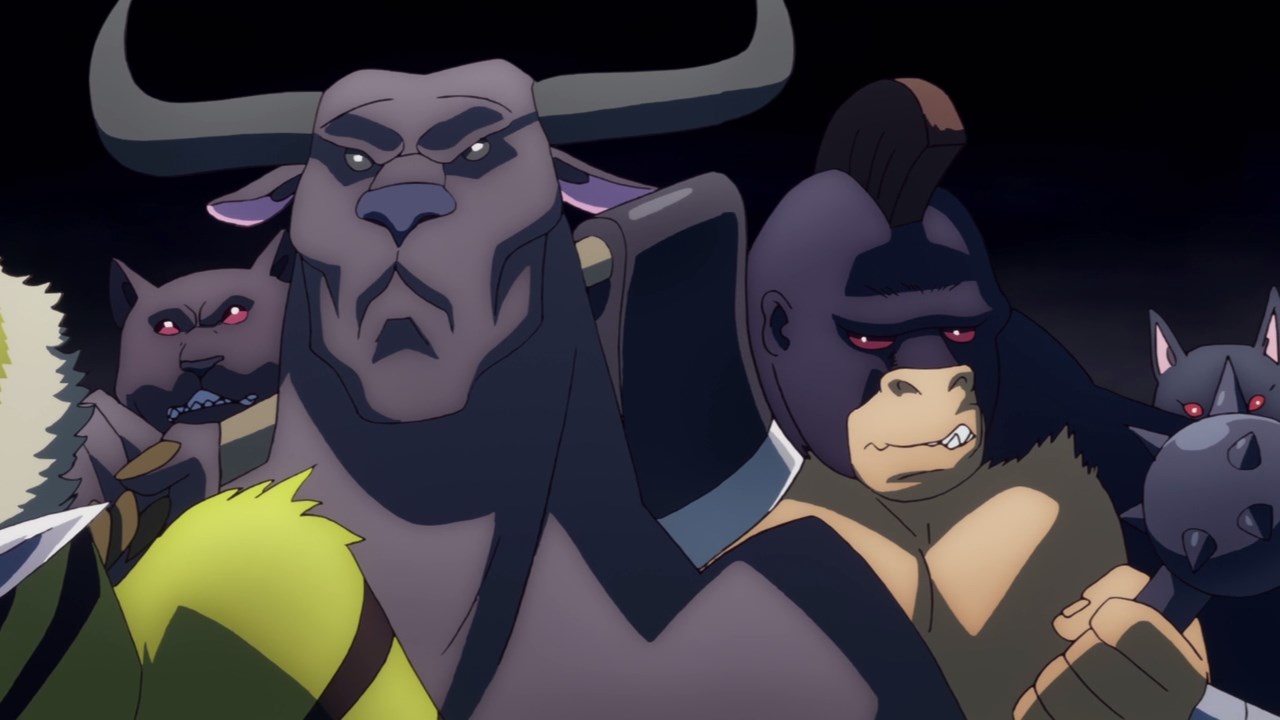 But anyways, Amante summons her army of monsters as they’re gonna crush Mamako Oosuki and her guild. Yeah, they sure are tough and scary! 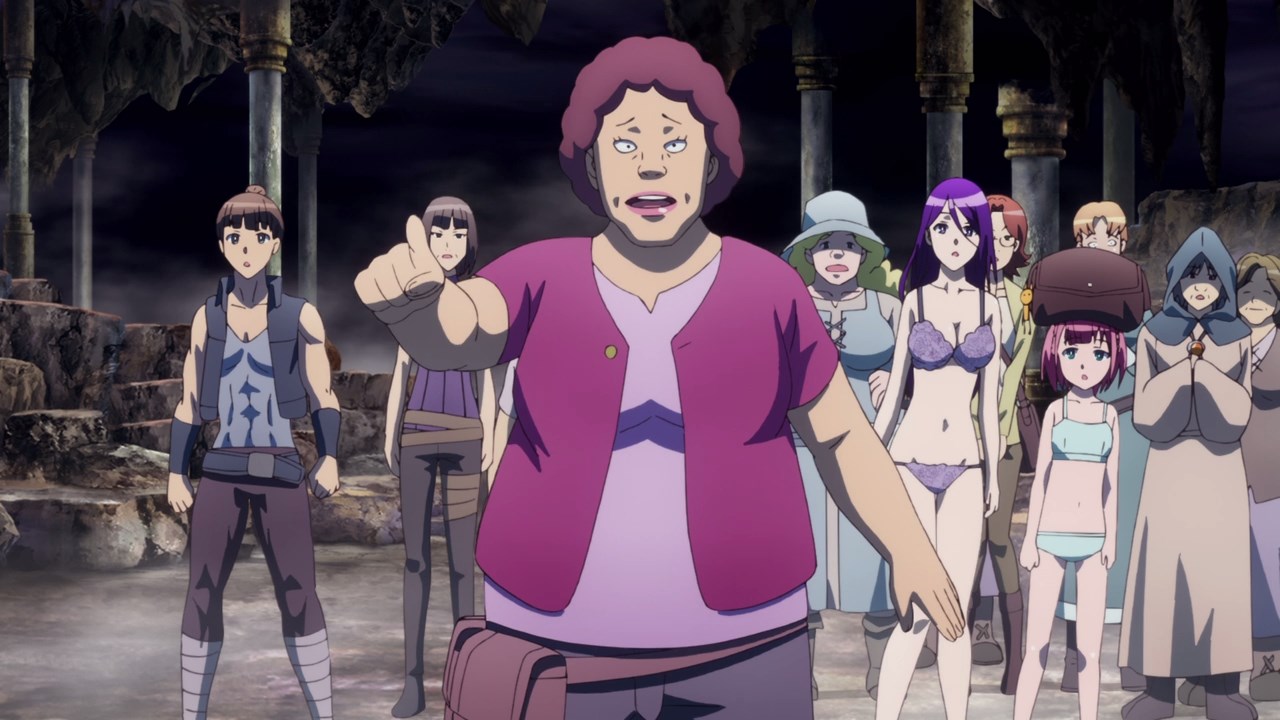 However, one of the mothers recognized some of them as her son. Wait, don’t tell me that Amante turned Pocchi and the rest as monsters? 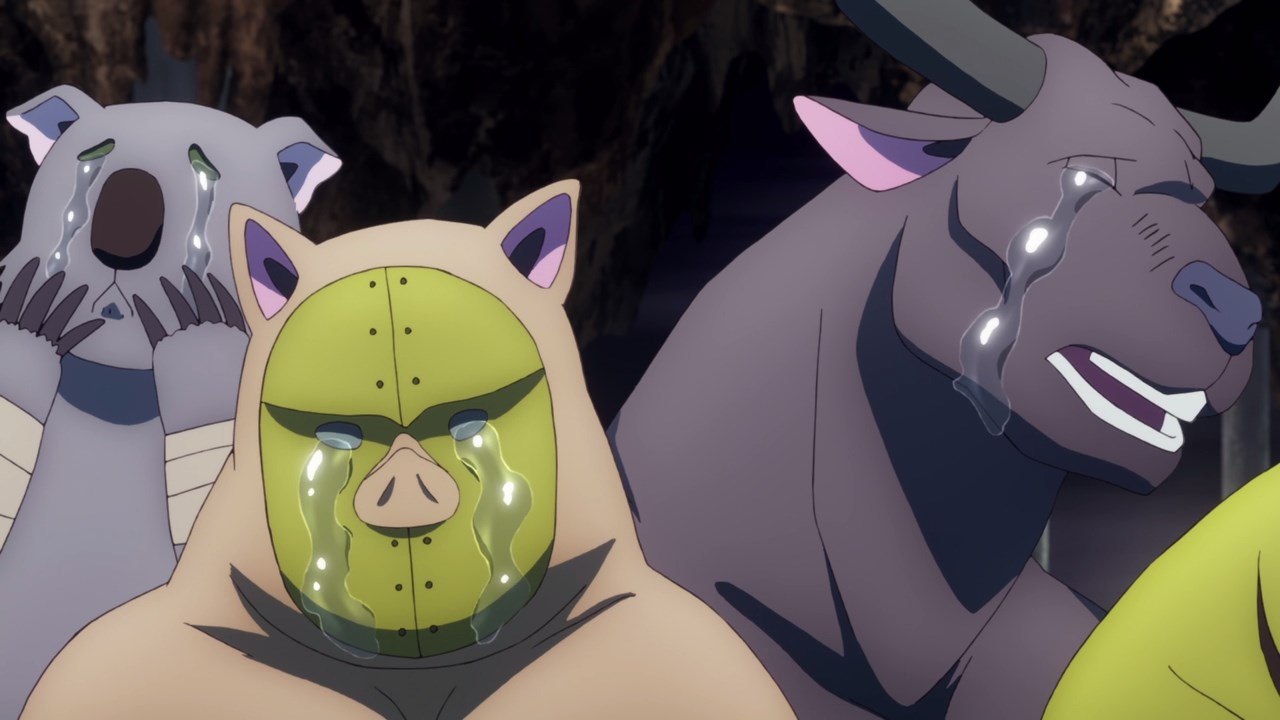 Oh, she did as the monsters are telling their mothers to help them. Man, I wonder why Pocchi and the rest of Ribele got turned into beastmen?

Still, Amante won’t let her army of beastmen cry for their mommies as she pulls a crystal from her bra and use it towards her army.

Come to think of it, I wonder if Amante got it from someone who wants to break the game? 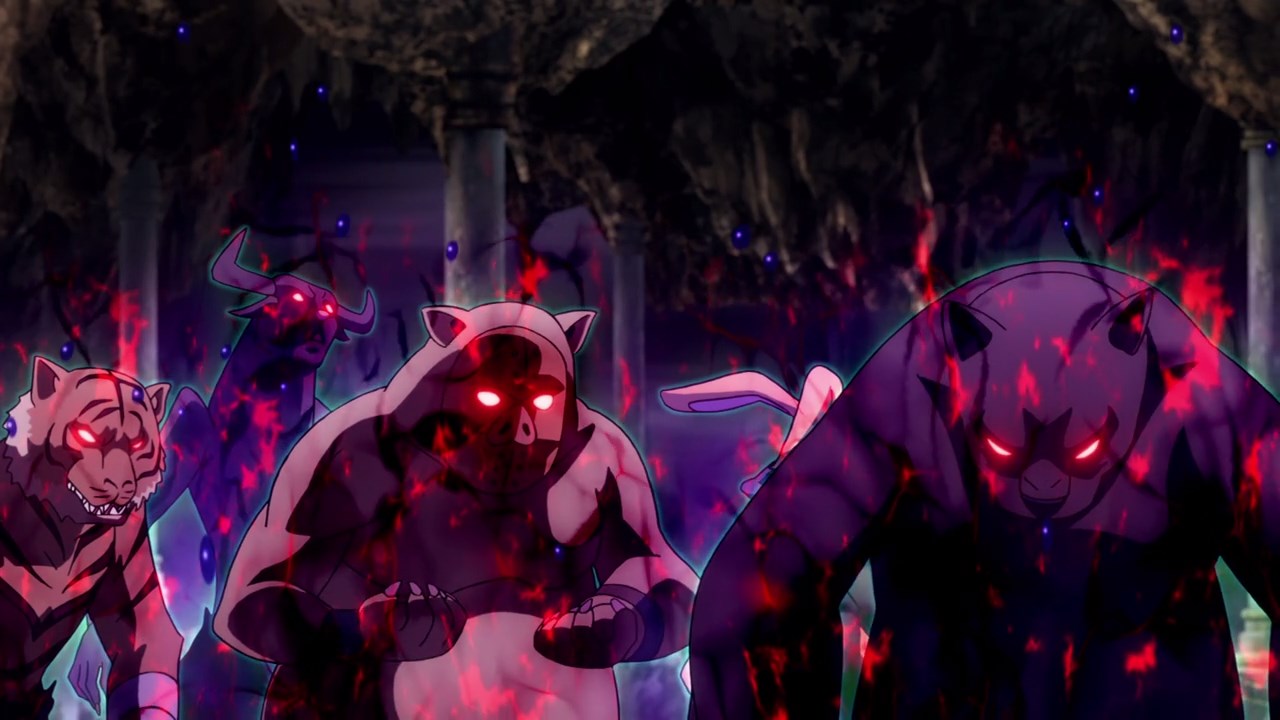 Anyways, this crystal is making them angry towards their mothers because c’mon, Amante hates mothers which is why she created Ribele.

Of course, Amante fails to destroy Mamako Oosuki every single time and thus everyone don’t take her seriously! 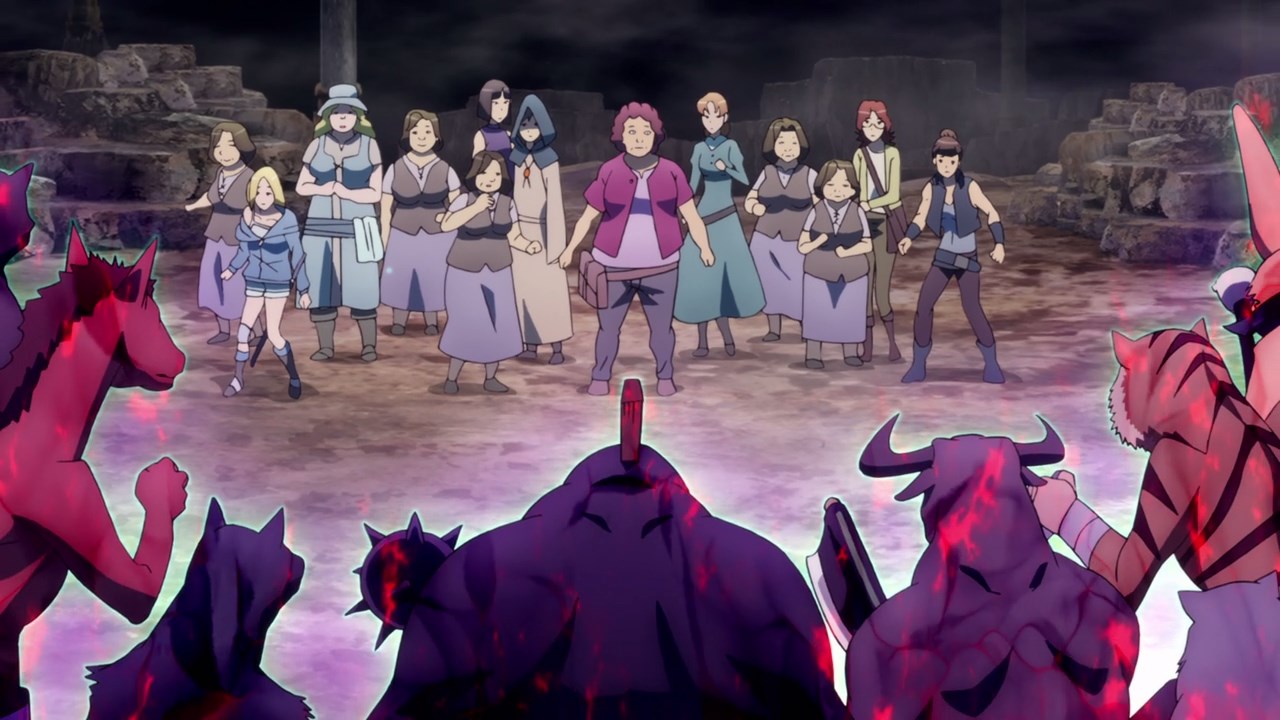 But now, the only thing that worries me is that these monsters are about to murder their mothers. This is not good for Mamako Oosuki and the rest!

But you know what, Mamako and the rest will do anything to rescue the adventurers and their respective mothers as Wise and Medhi combined their magic spells. 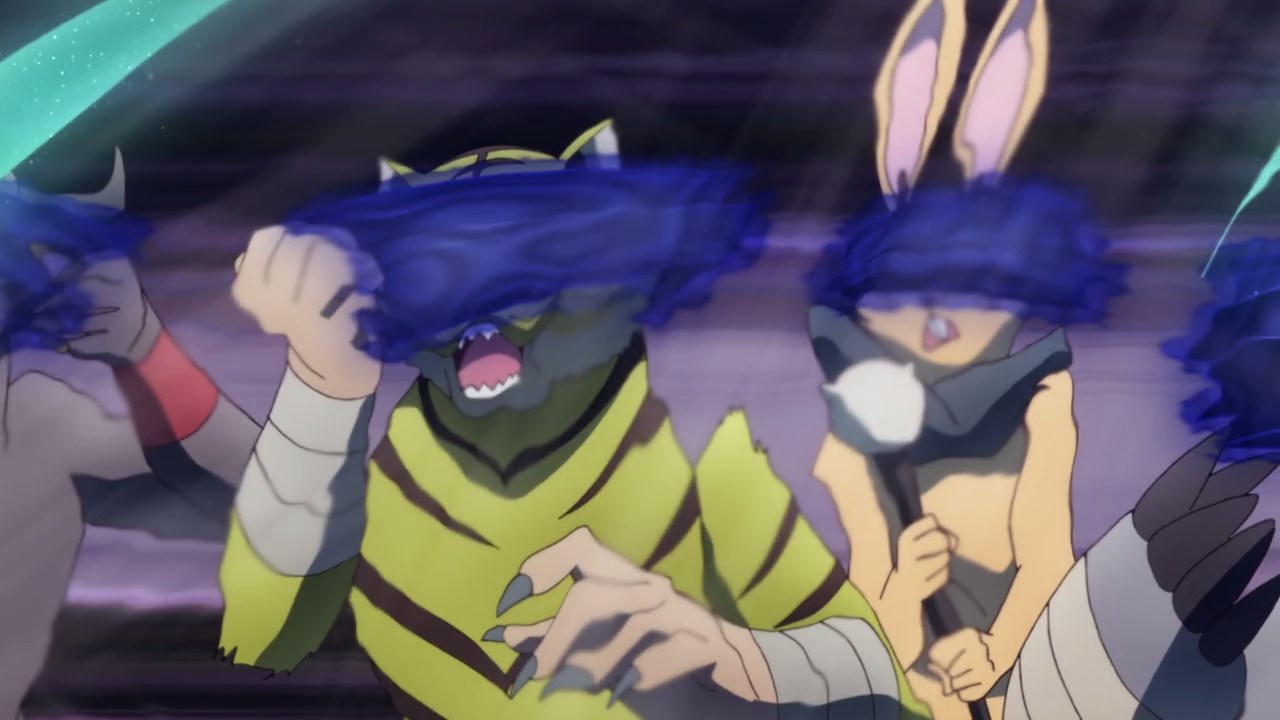 And I have to say that despite being at odds with each other, Wise and Medhi’s combined magic has blinded these adventurers so that they won’t hurt anyone.

But still, they need to turn them back to normal as Mamako Oosuki asked these mothers for help. Of course, what will they do since they don’t have weapons to defend themselves?

That’s until Mamako told them that you need to understand their children in order to turn them back to normal. That’s right, the only thing needed is mother’s love! 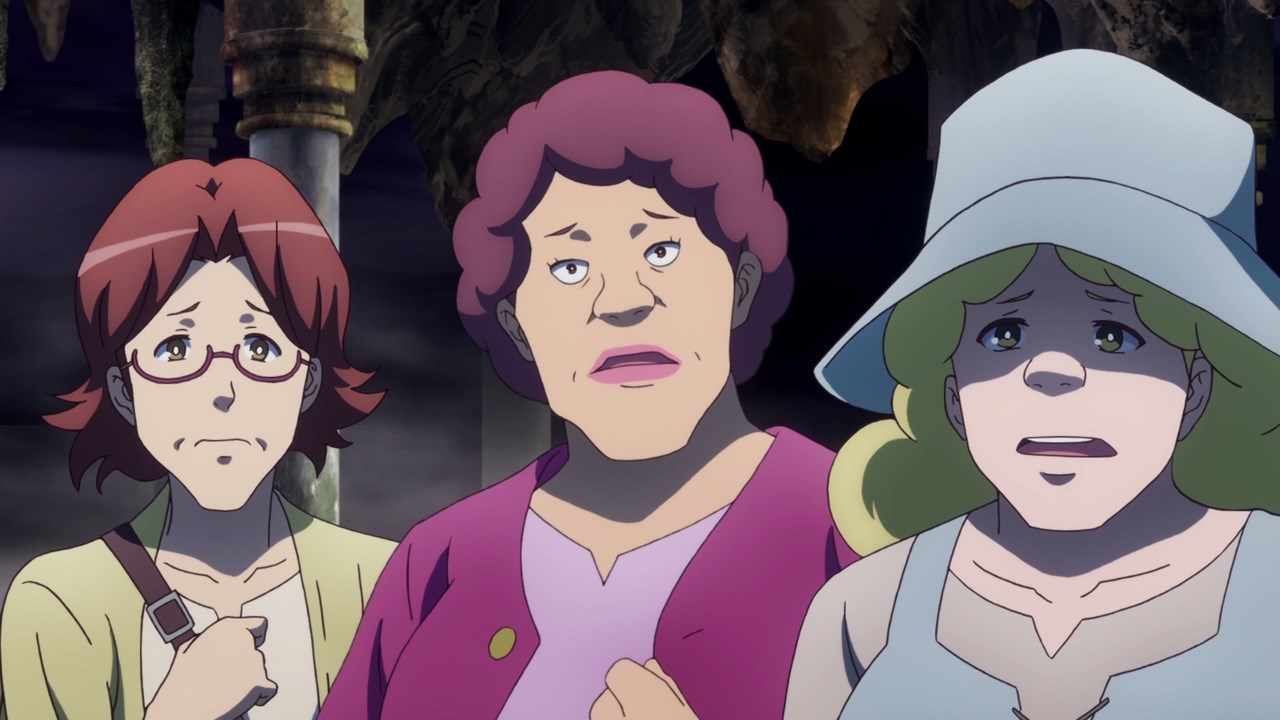 And while some of them will blame Amante for controlling their children, I think they need to understand them in order to set them free from Amante’s control. 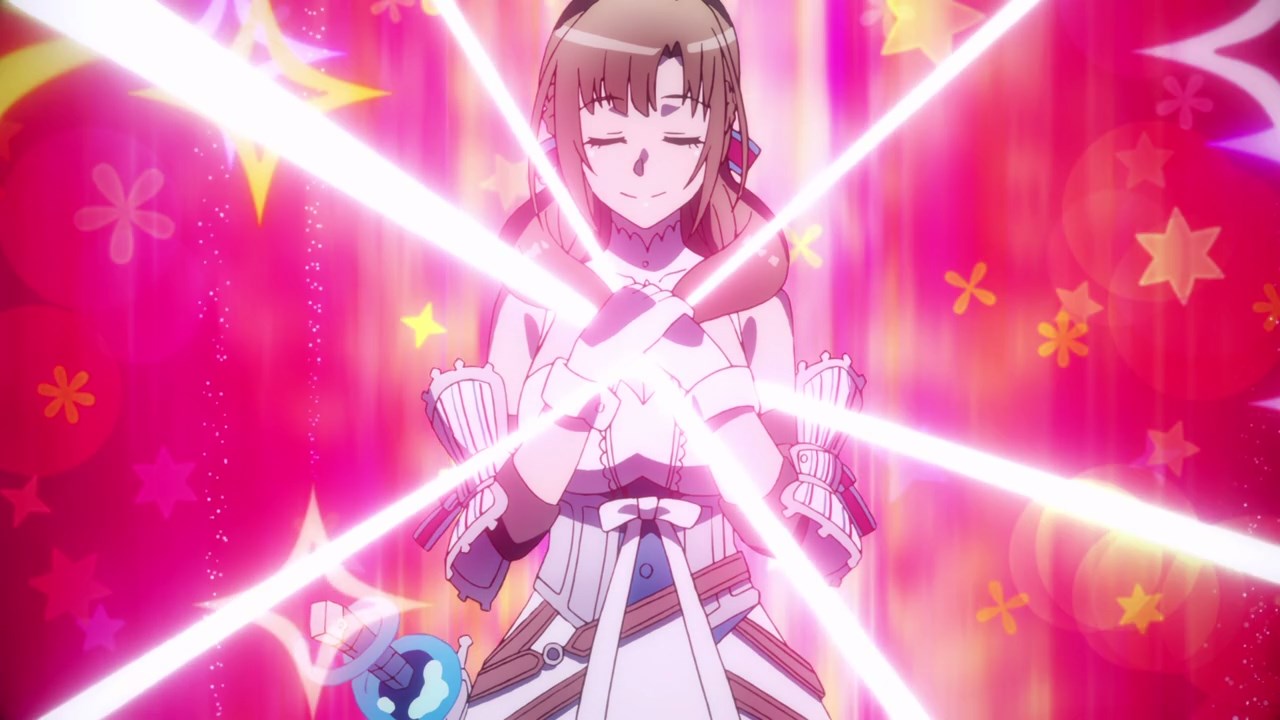 But anyways, here’s Mamako Oosuki doing another miracle as she not only got her clothes back… 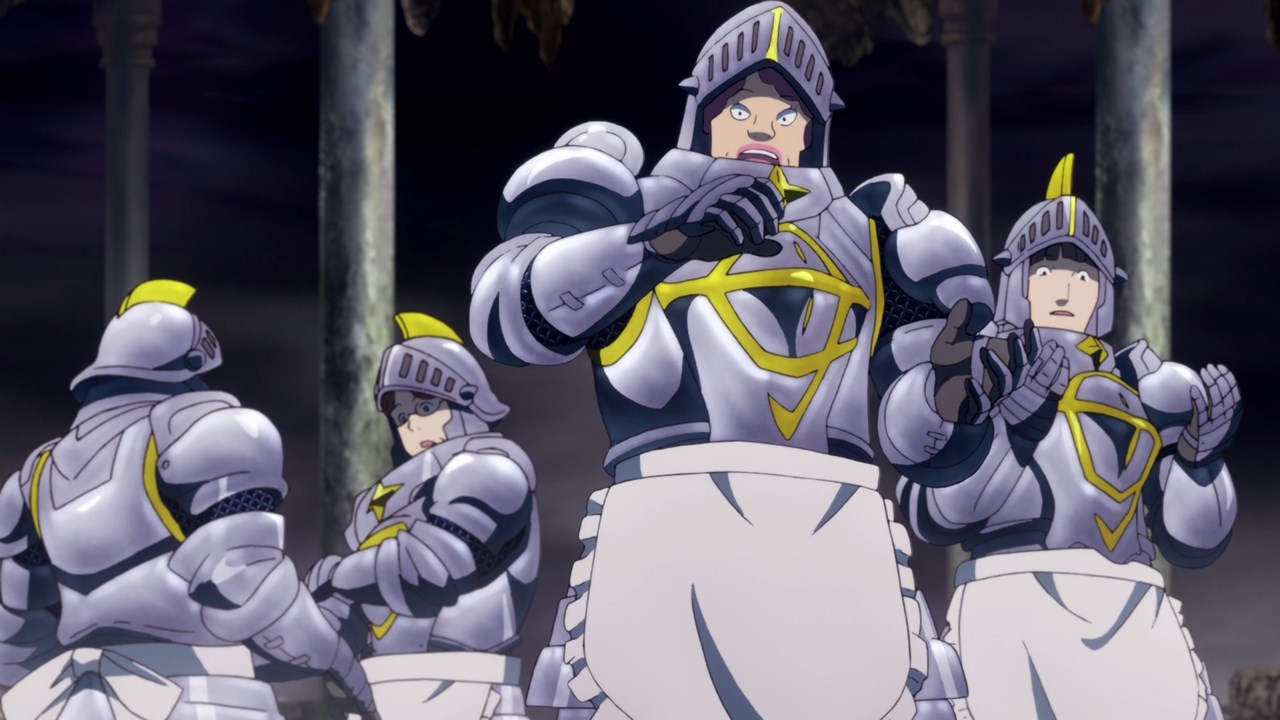 …but her fellow mothers got some armor. Damn, I can’t believe that Mamako’s powers brought them Full Mom-er for her guild. Still, I wonder if Masato and the rest got their clothes back? 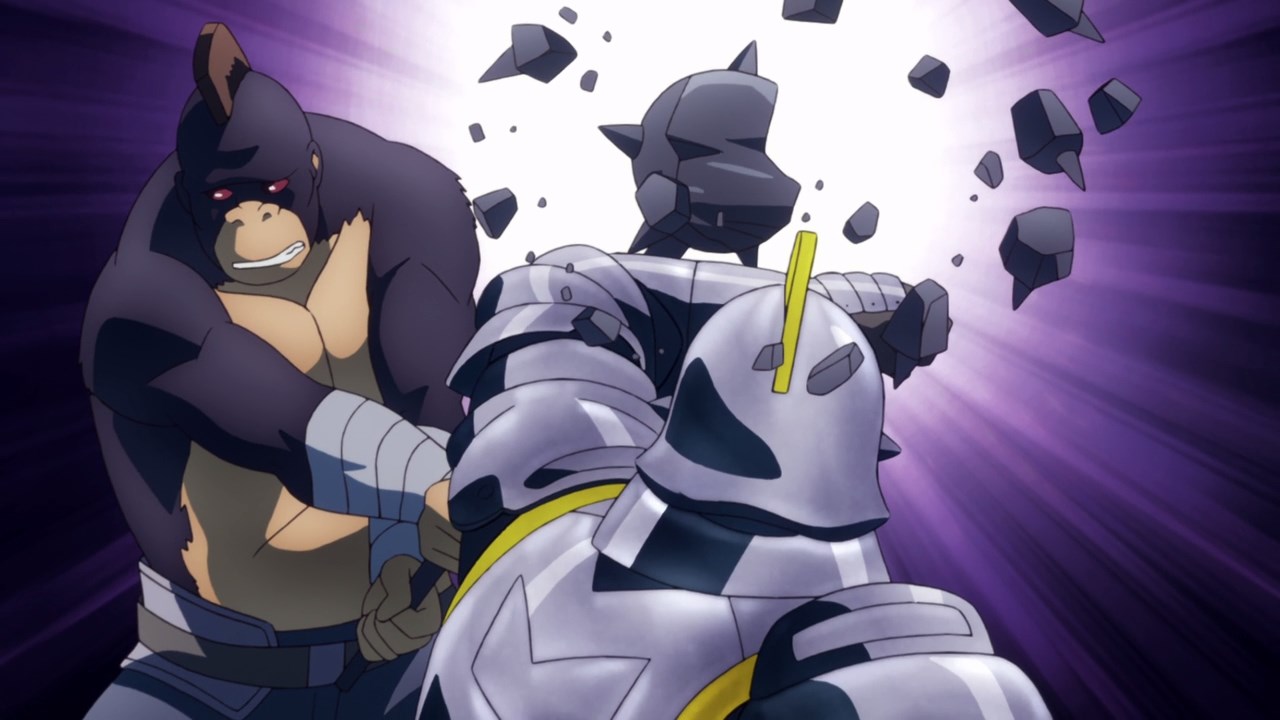 Anyways, turns out that Mamako’s Mom-er is actually tough that her fellow mother can’t get hurt when wearing one. Of course, they don’t have weapons to defend themselves so what will they do? 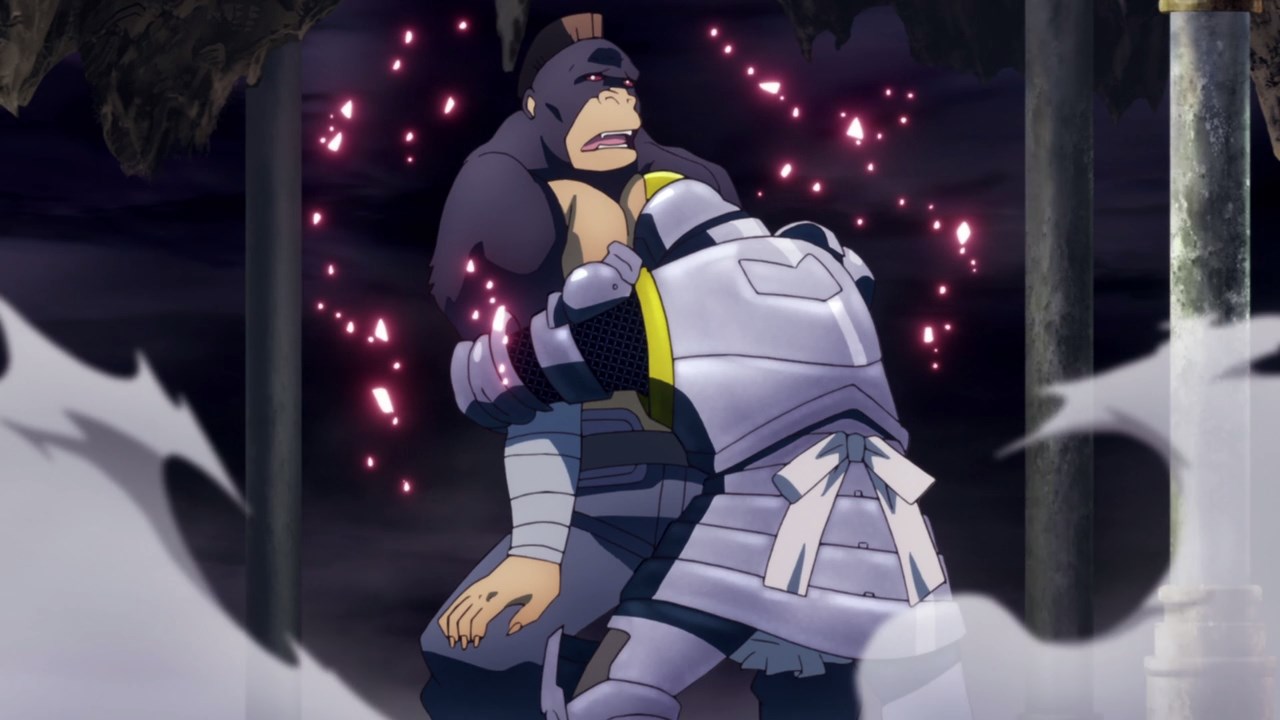 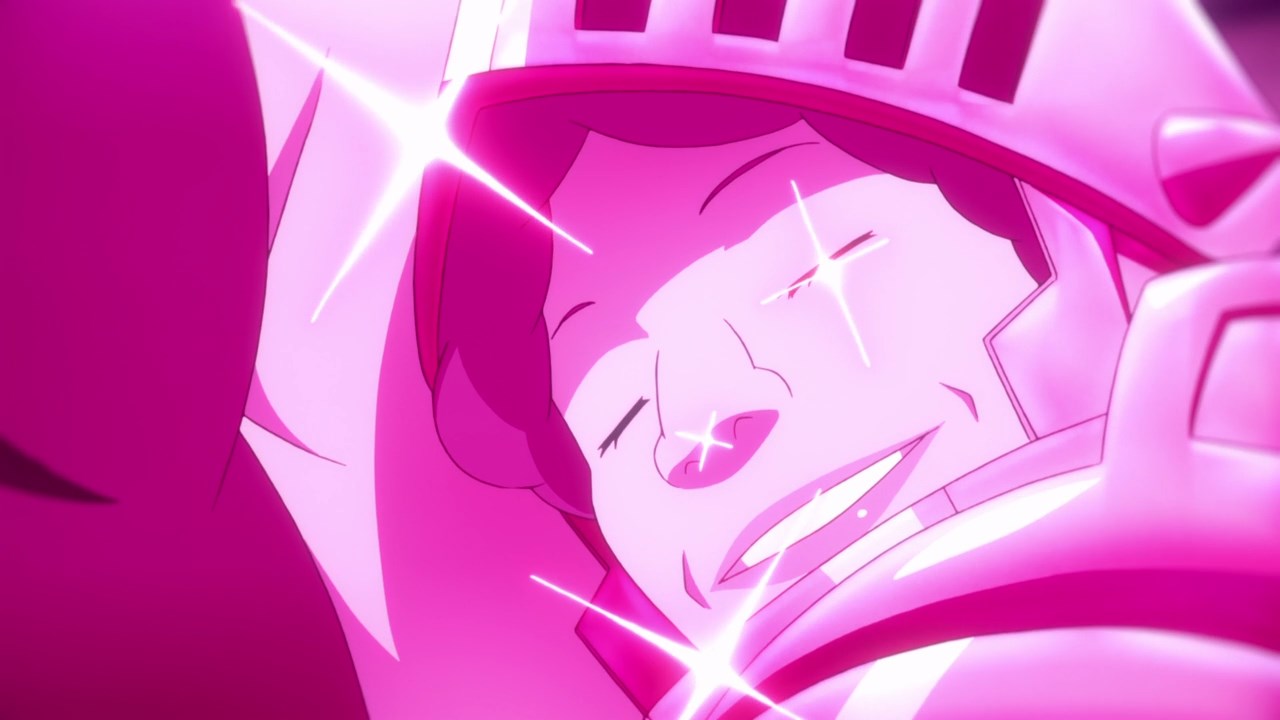 Well, they’ll just hug the monsters as Pocchi’s mother demonstrats towards her son. Sure that it’s silly to some, but the only way to bring these adventurers back is by the power of motherly love! 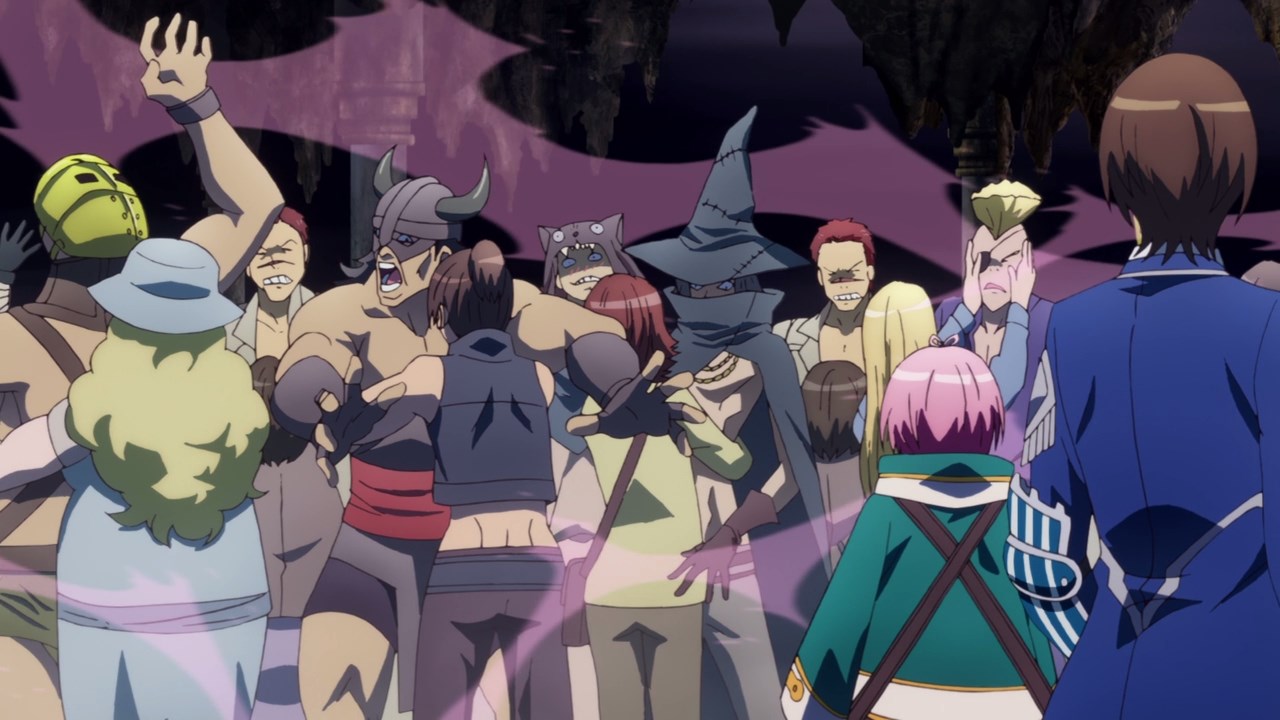 And as you can see, Pocchi and the rest are back to normal, although they’re embarrassed by their respective mothers.

Also, seems that everyone got their clothes back for some unexplainable reason. 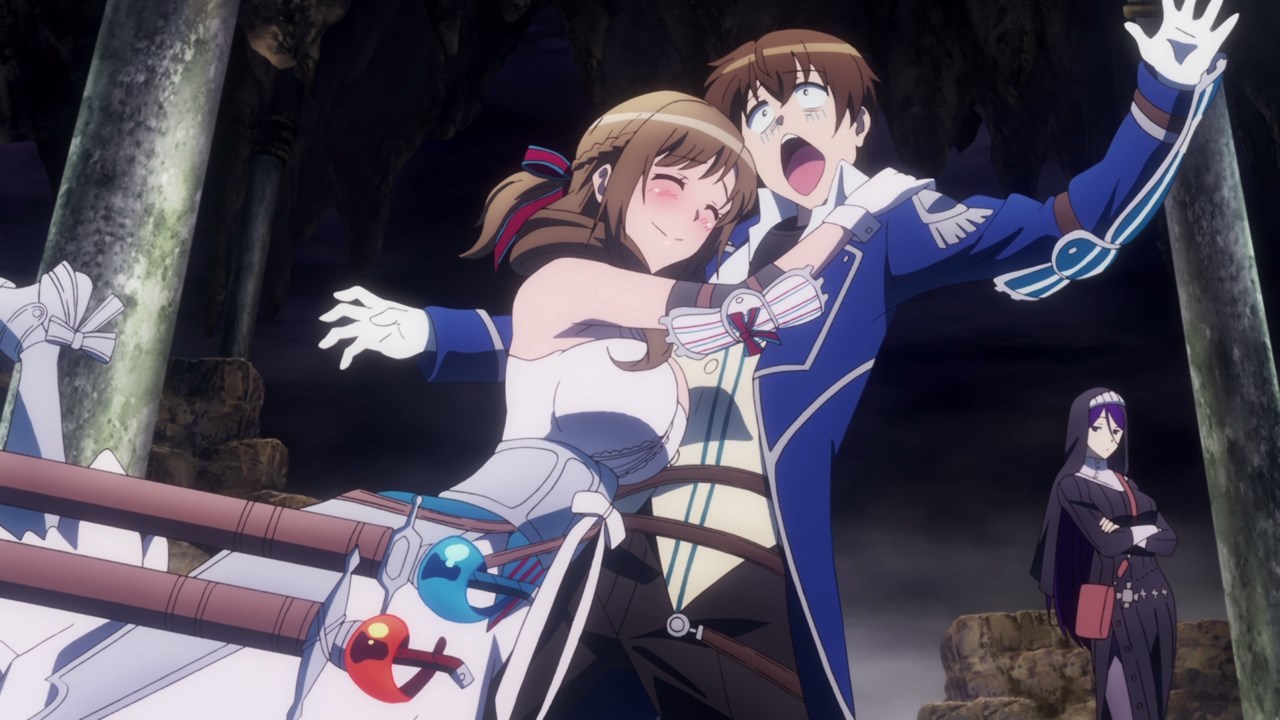 But hey, looks like Mamako Oosuki has done it again as she hugs her wonderful son Masato. Damn, isn’t it cute? 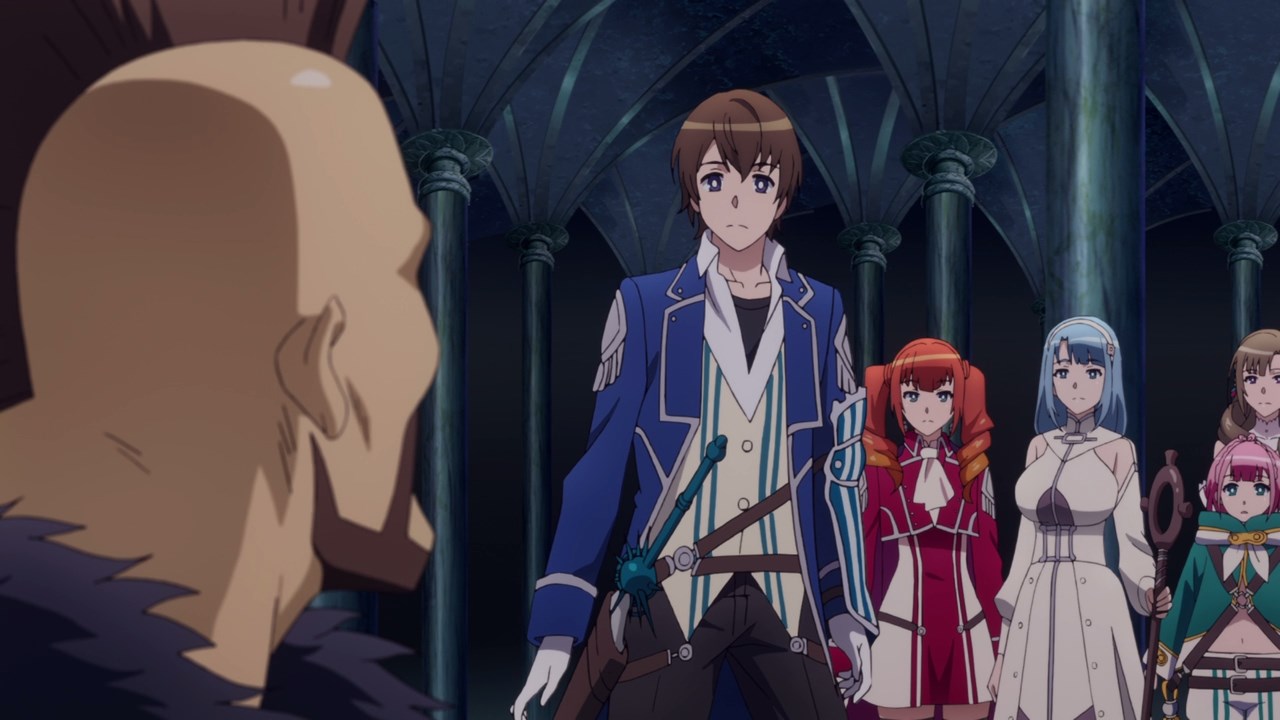 Of course, we’ll have to learn why Pocchi and the rest of the adventurers didn’t join Mamako’s guild in the first place.

Turns out, they’re planning to stop Amante, but she got caught wind on their uprising and turn them into beastmen. 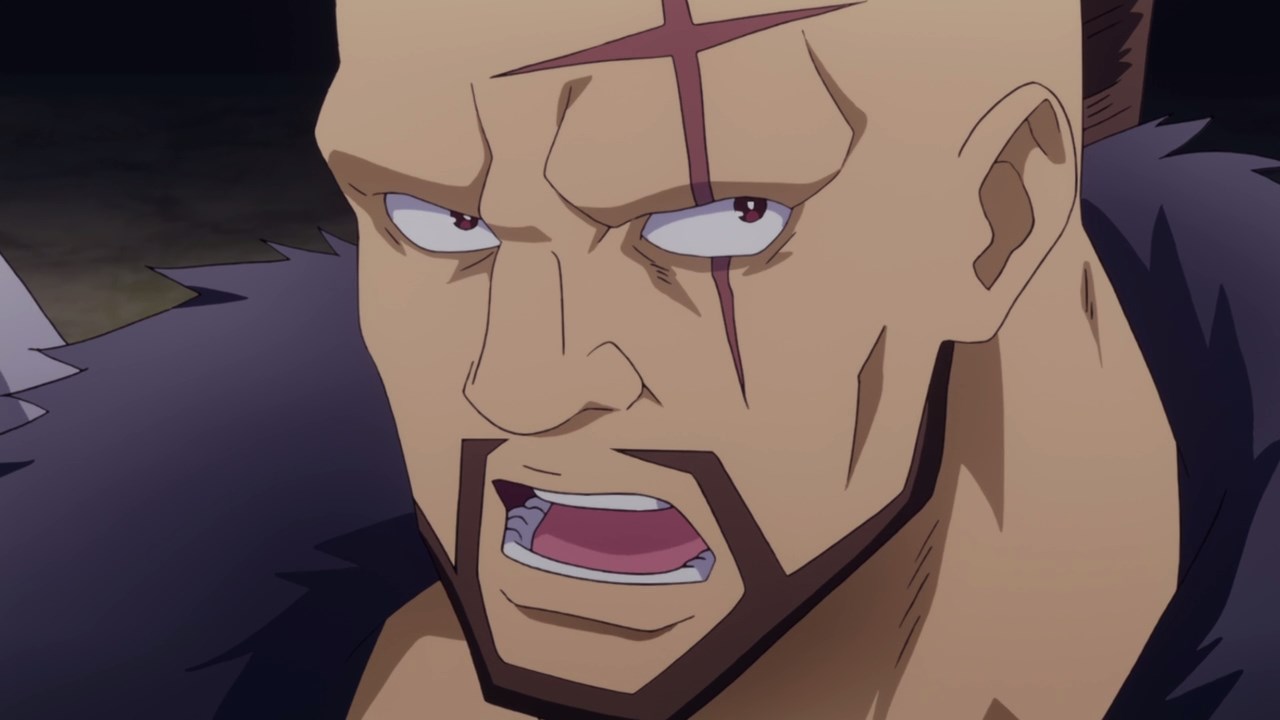 Fortunately, Pocchi and the rest have returned to normal but now he’s worried that Amante will do something dumb… like making a wish where mothers don’t exist. 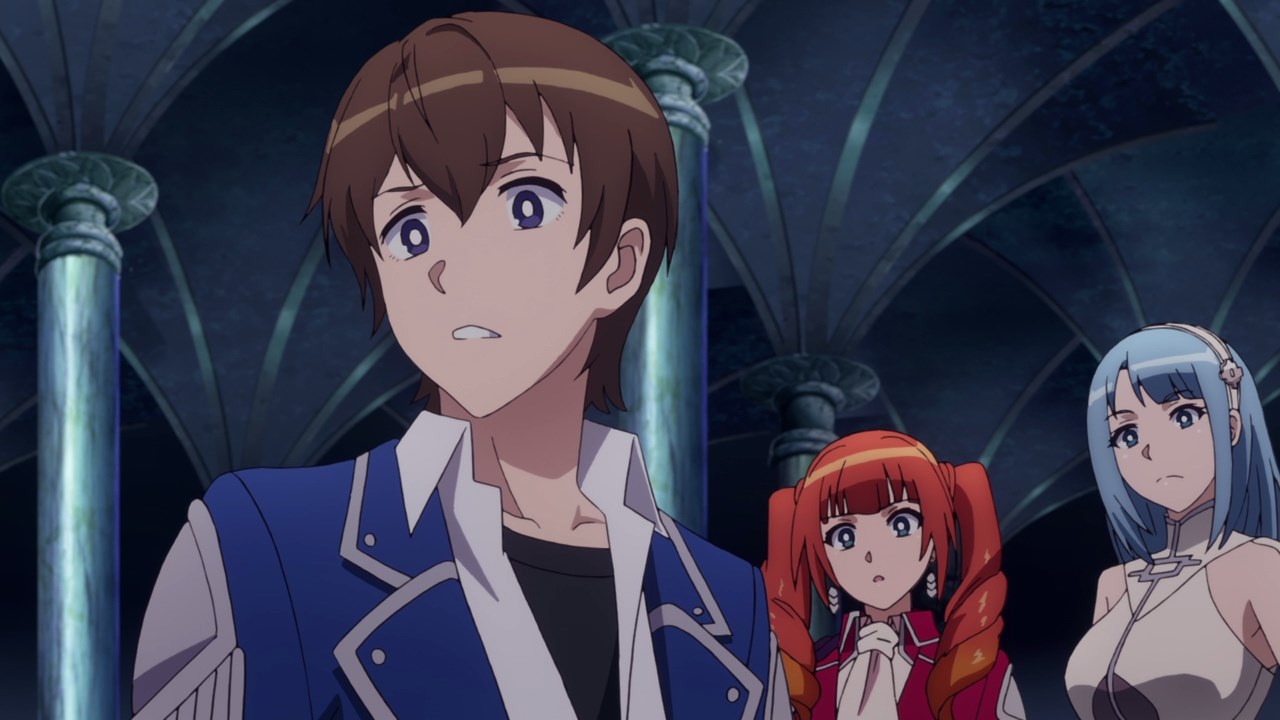 Okay seriously, this the most WTF moment right here as Amante is a fuckin’ threat to not only this MMORPG, but in real-life now that she wants to have a world without mothers. Gee Amante, where’s your mother and why you hate them so much?

Tune in next time for the final episode and let’s hope that Mamako Oosuki and her guild will stop Amante and her silly wish!