Posted on October 6, 2019 by benigmatica 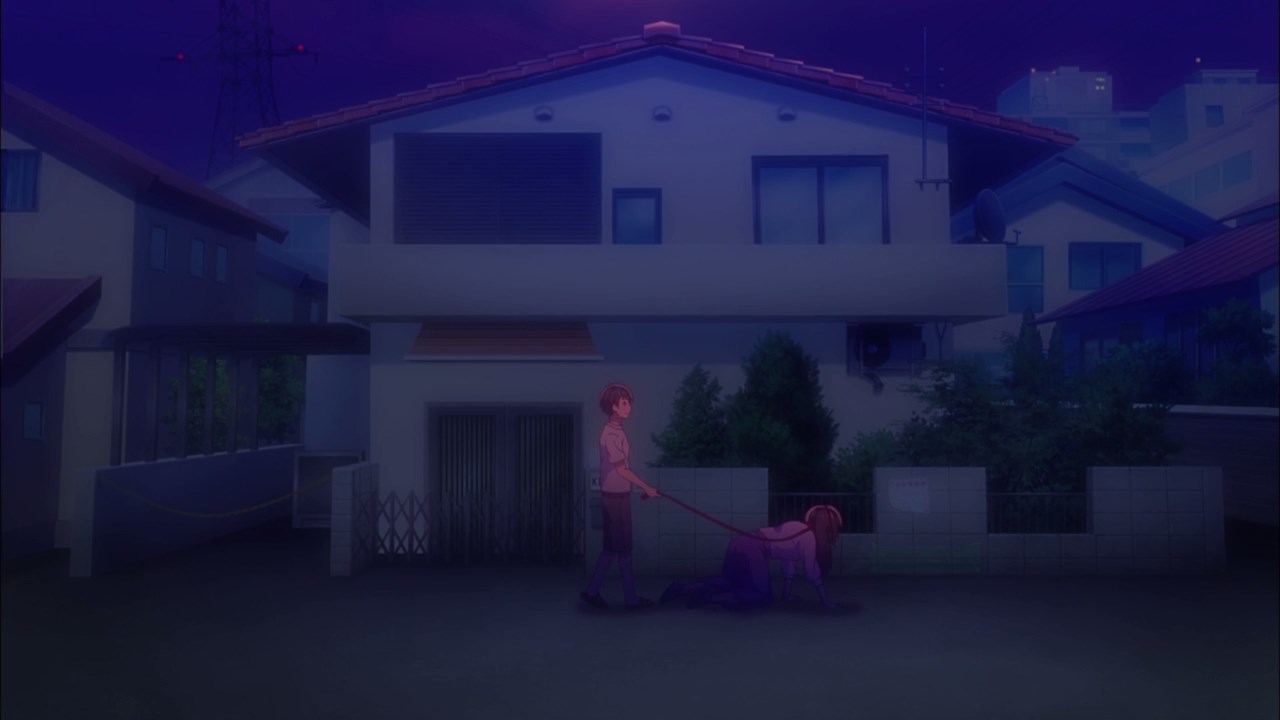 Let’s change something on this final episode as we have Keiki Kiryu and Sayuki Tokihara, who are now married but they still have that master-slave relationship.

Oh yeah, and Sayuki-sempai asked Keiki-kun to walk around in the middle of the night as she becomes a dog to him! 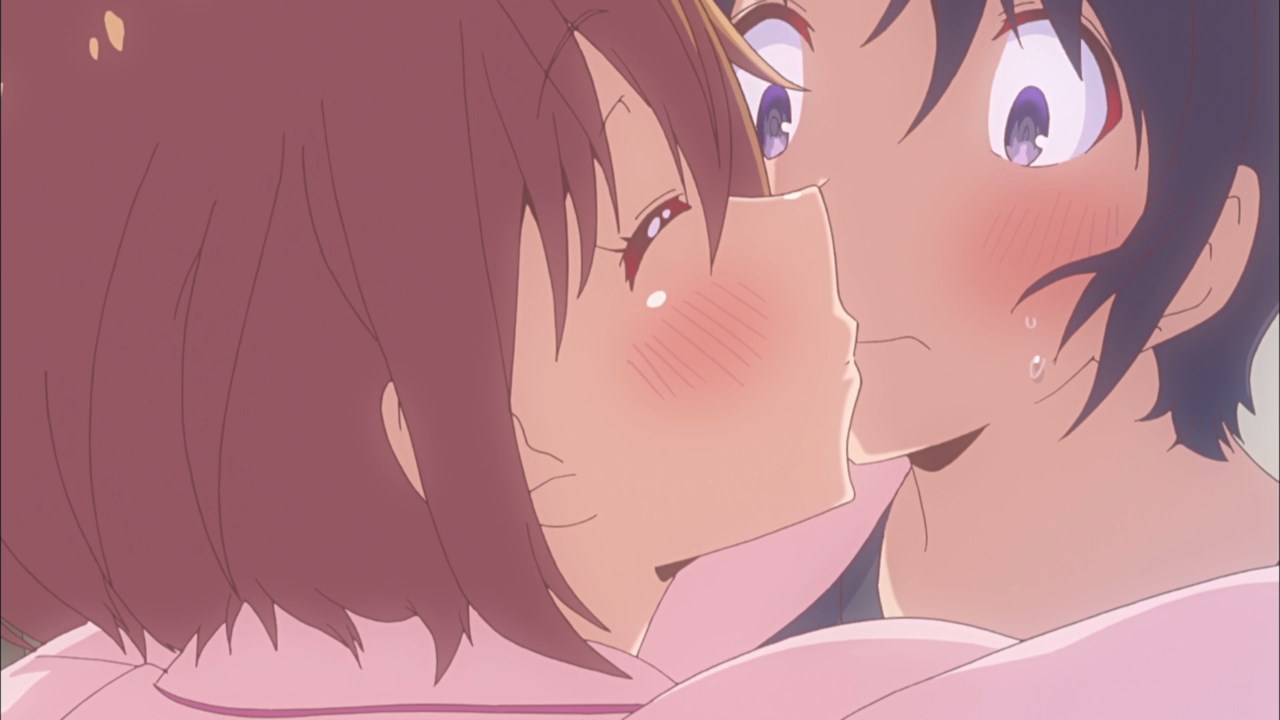 But alas, it’s just a dream as Keiki Kiryu woke up with a kiss from his step-sister Mizuha. Yes, he still can’t believe that not only Mizuha is the Cinderella, but they’re also not related by blood. 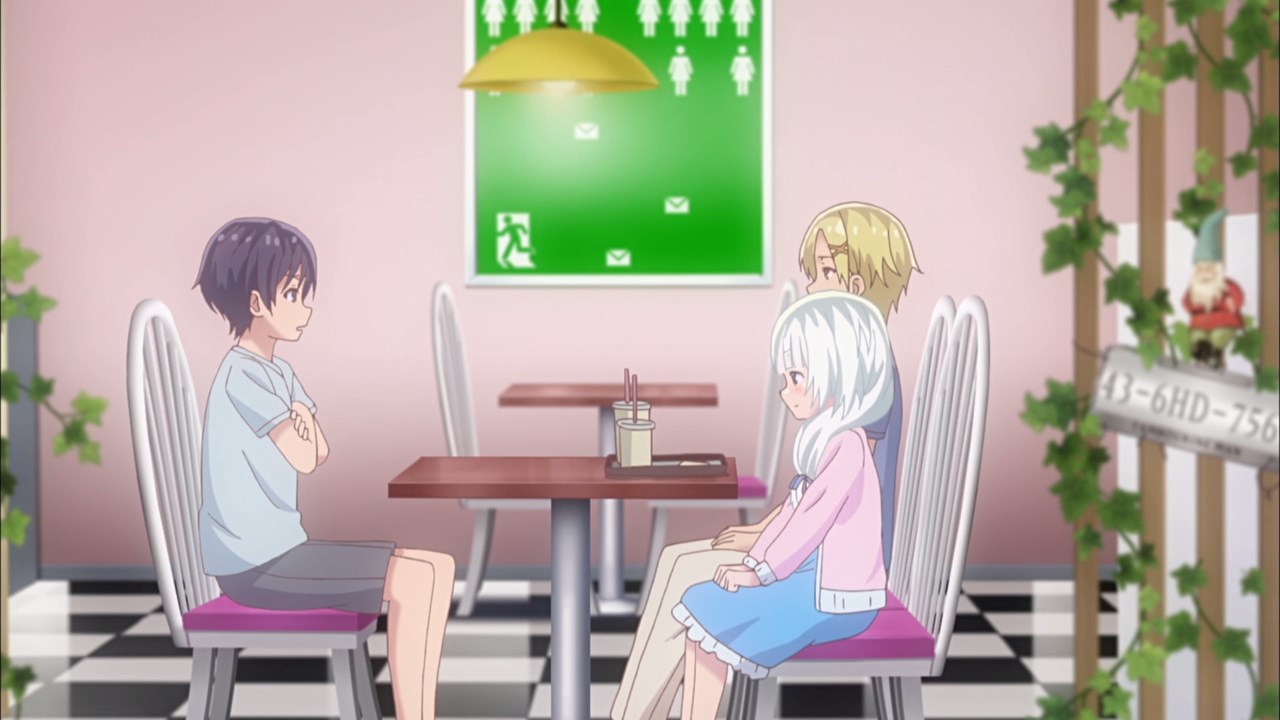 Anyways, Keiki-kun went out a bit to get some fresh air and gather some thoughts on how to cope up with this revelation.

On the other hand, Keiki noticed that Shoma Akiyama and Koharu Otori are getting closer to each other, even after Shoma learned that Koharu is older than him. 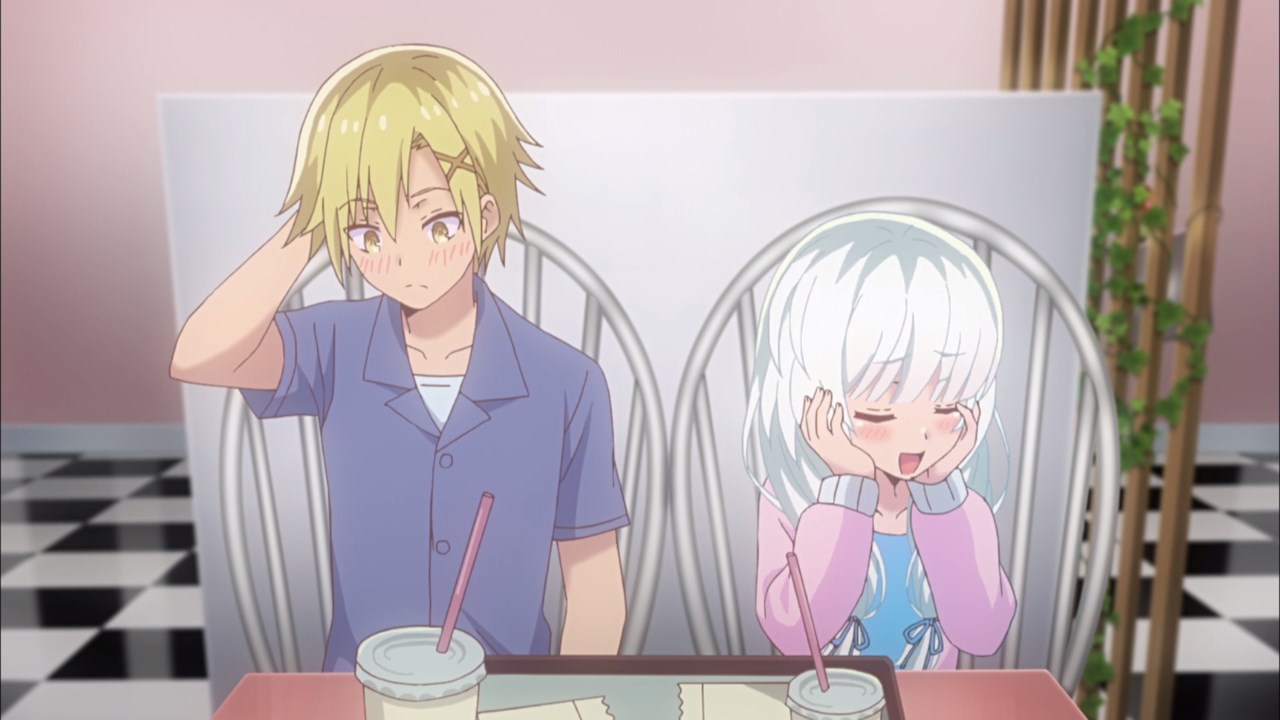 Speaking of Koharu-chan, she was happy that Shoma kissed her on the cheek and while it’ll be a long time for him to kiss Koharu in the lips, I love how their relationship is starting to blossom.

Then again, they won’t even help Keiki Kiryu because they couldn’t handle the forbidden subject that is incest, regardless of whether they’re blood-related or not. Oh yeah, and they won’t even give him a place to stay. 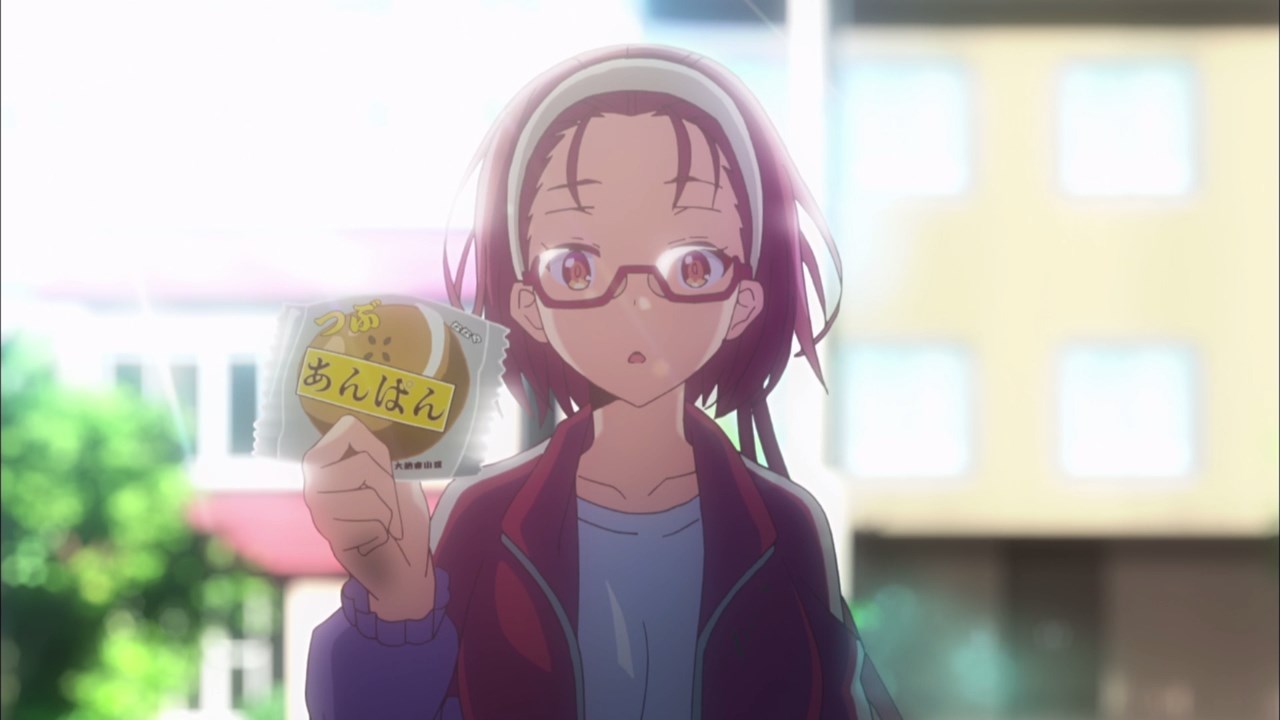 Also, here’s Mao Nanjou where she stumbled upon Keiki Kiryu after a long session of making shoujo manga. Then again, Mao is having a writer’s block right now, so she stepped outside to get some fresh air and something to eat. 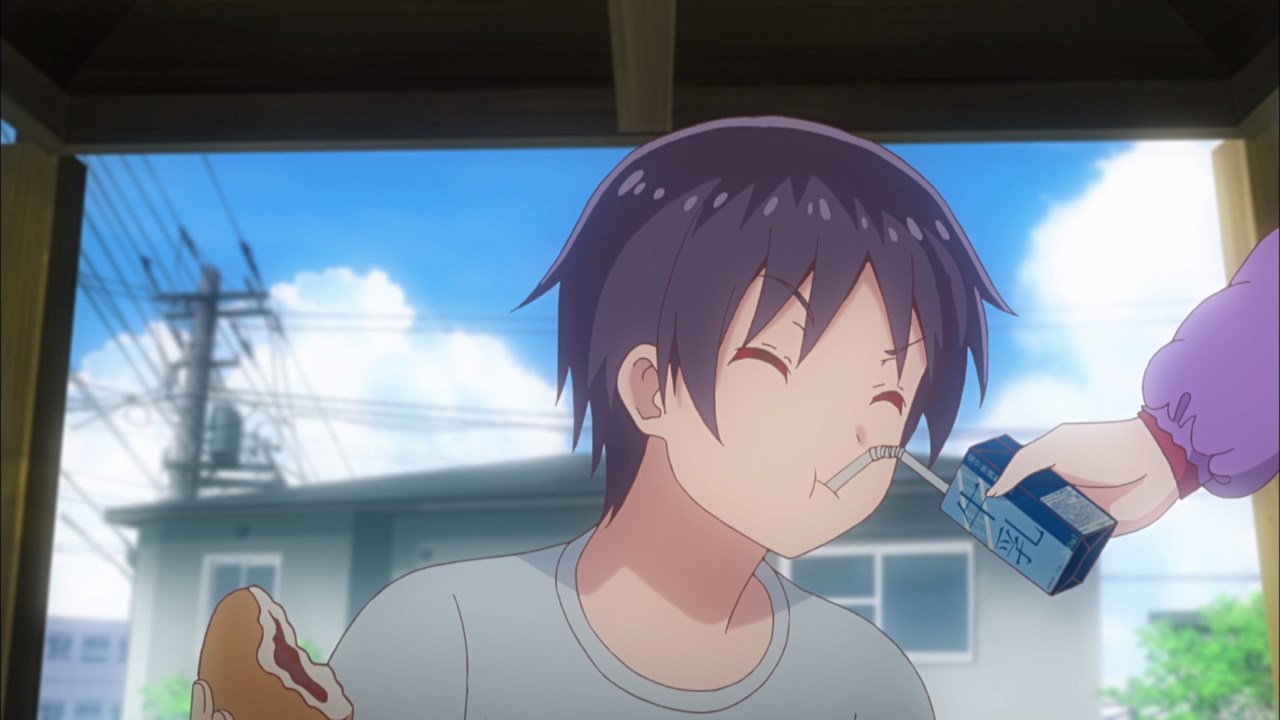 Of course, Nanjou will give a piece of bread and a carton of milk to Kiryu since he’s really hungry after stepping outside. 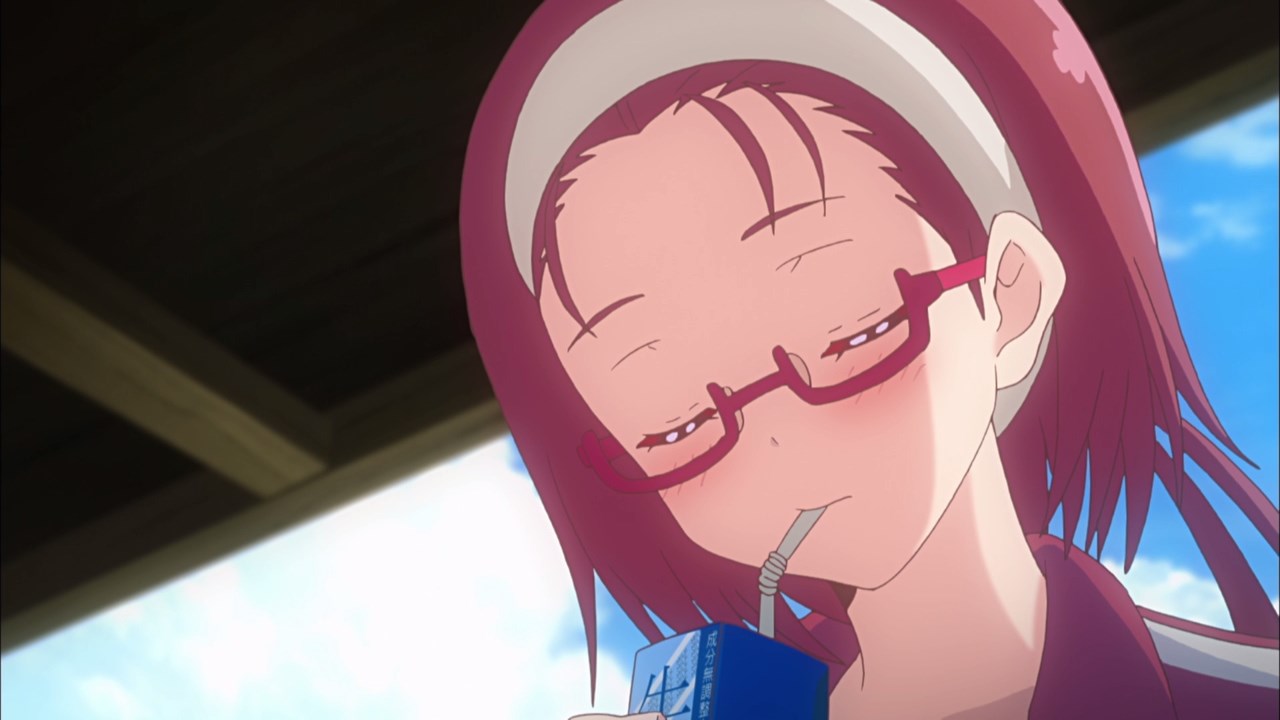 On the other hand, it appears that Mao Nanjou took an indirect kiss from Keiki Kiryu after sipping a carton of milk. Yeah, I think Mao should hide that from Keiki-kun once he’s done eating some bread. 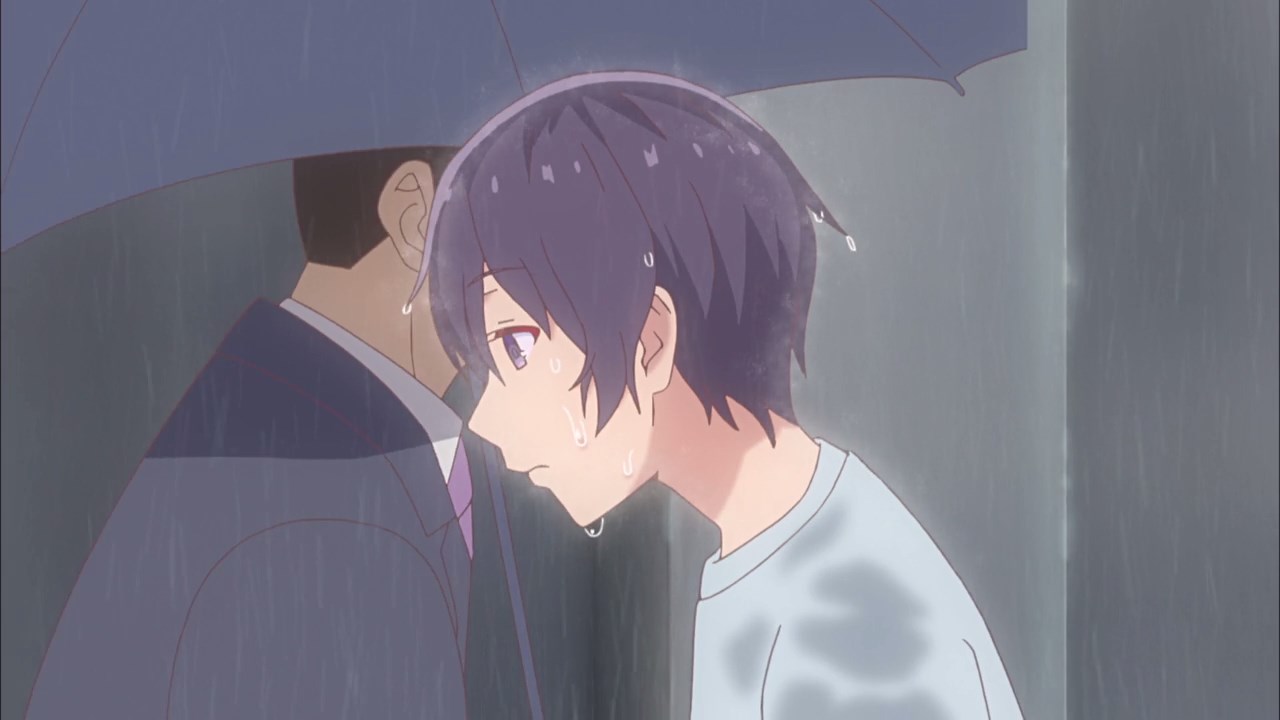 Afterwards, Keiki Kiryu wanders around a bit, although he’s now soaked in the rain as Keiki didn’t brought his umbrella.

Oh yeah, and there’s something interesting that I found from Keiki’s sister Mizuha… 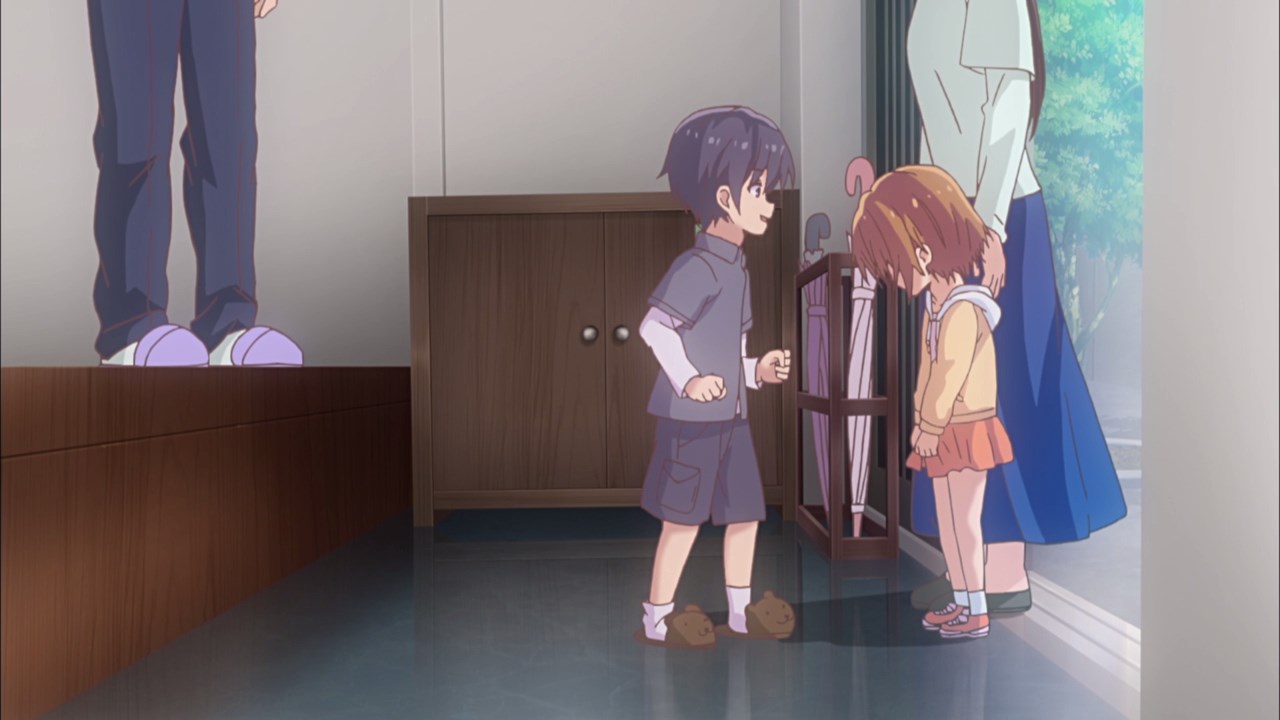 You see, Mizuha’s biological parents died in a car accident, which leaves Mizuha as the only surviving family member. However, no relatives will adopt her so the Kiryu family step in to take Mizuha with them.

And here’s the thing though as Keiki didn’t realized that Mizuha was adopted until his parents told him the truth. Well, at least Keiki finally knows that he and Mizuha are not related by blood. 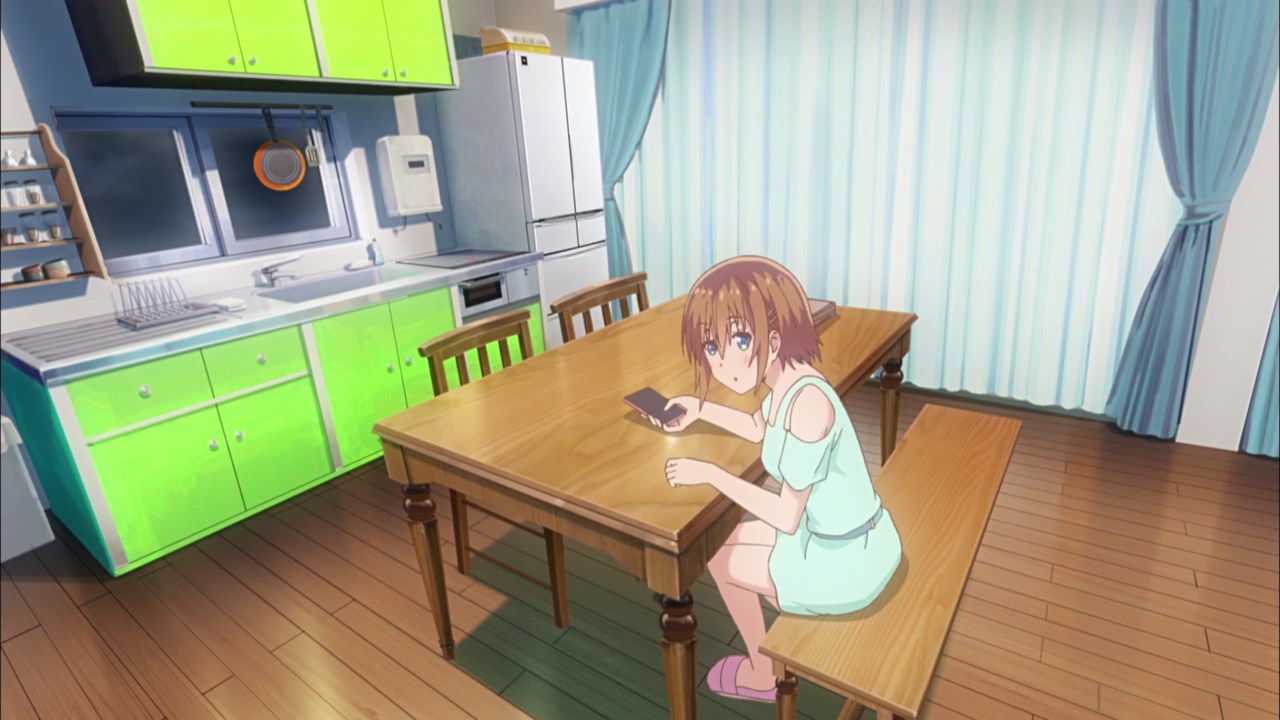 And speaking of Mizuha Kiryu, she’s alarmed that someone went inside the house. Could it be that her brother has returned after a day walking aimlessly? 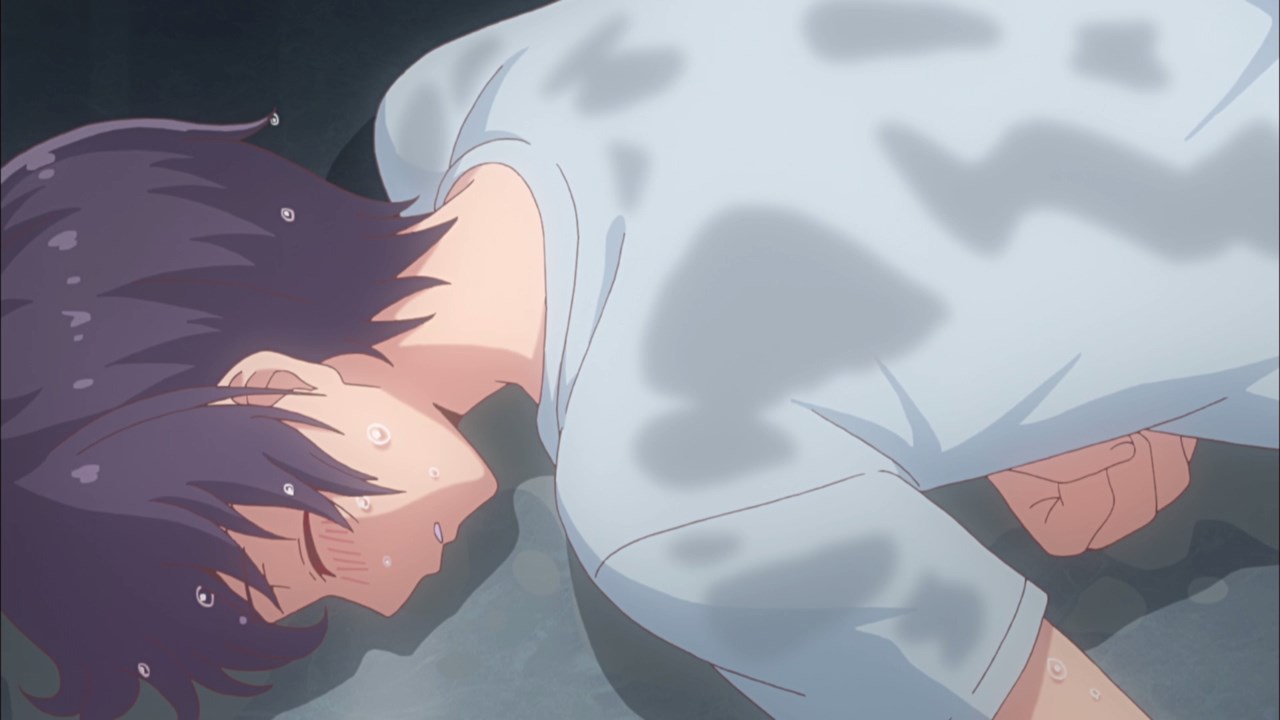 Why yes, Keiki has returned, although he collapsed after being soaked in the rain for a long time. 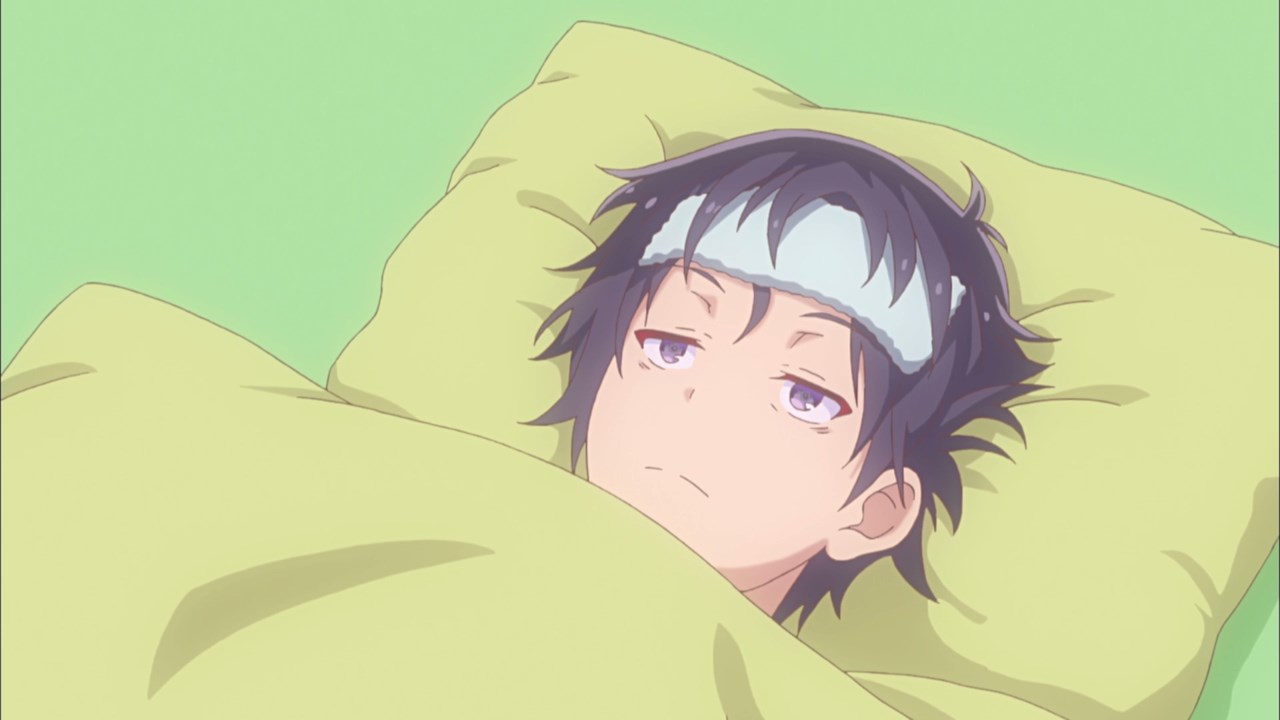 Now, Keiki-kun is stuck in bed as he’s currently taking a rest. Well, he should have brought an umbrella just to make sure that he won’t get soaked, but Keiki went outside unprepared! 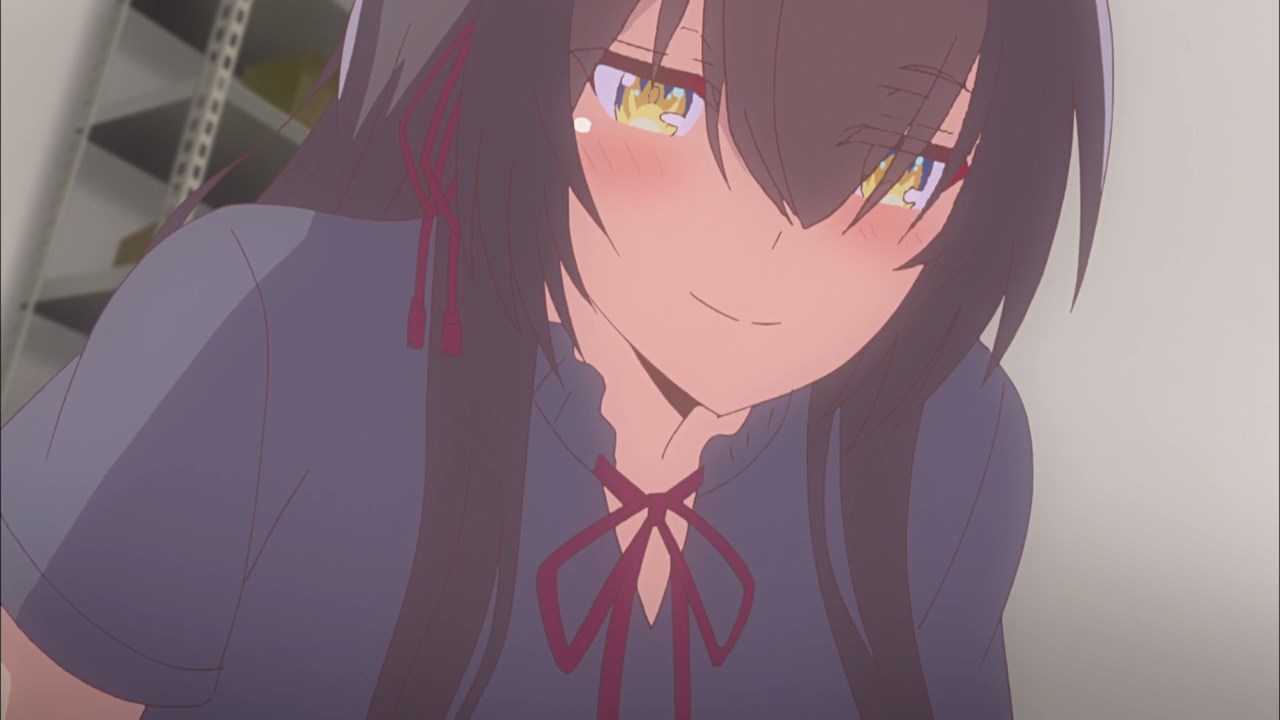 On the other hard, Keiki Kiryu is not prepared when Sayuki Tokihara came to visit him. Oh wait, Sayuki-sempai is not the only one who wants to see Keiki-kun… 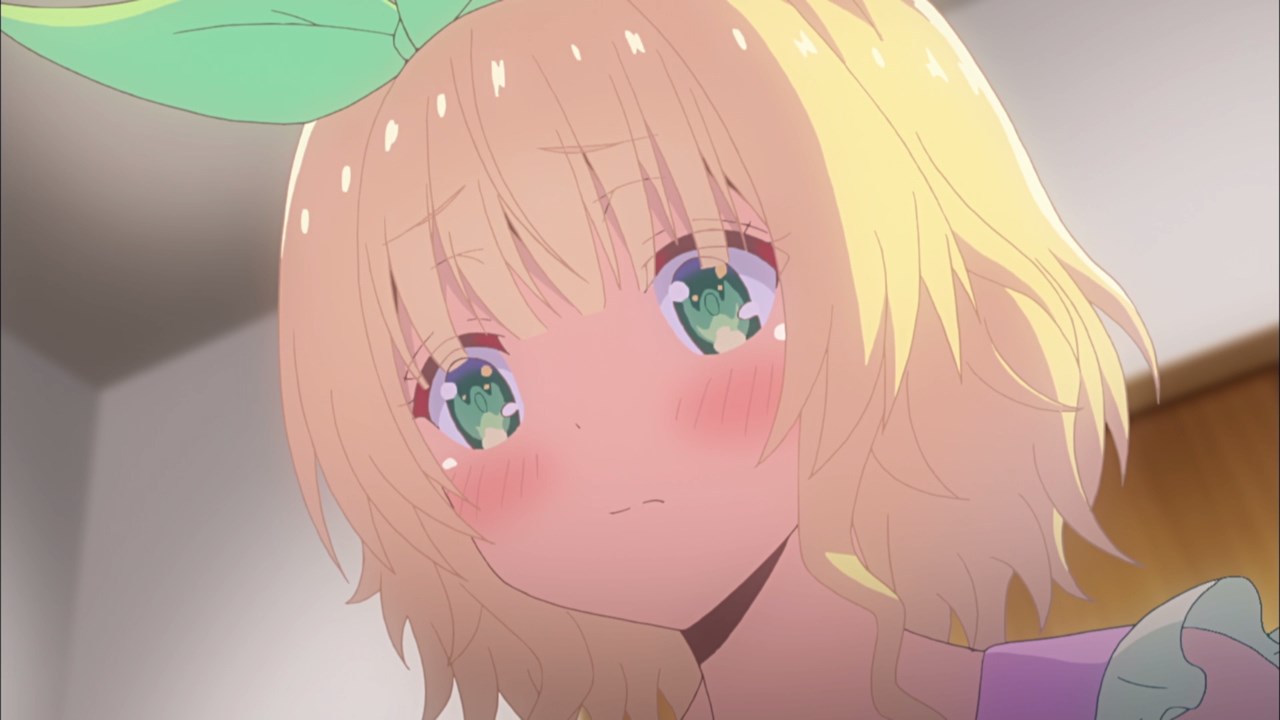 There’s also Yuika Koga where she wants to see Keiki-kun and make him a slave, although Yuika will have to beat her rival first and also, I think Keiki is too sick to become Yuika’s slave. 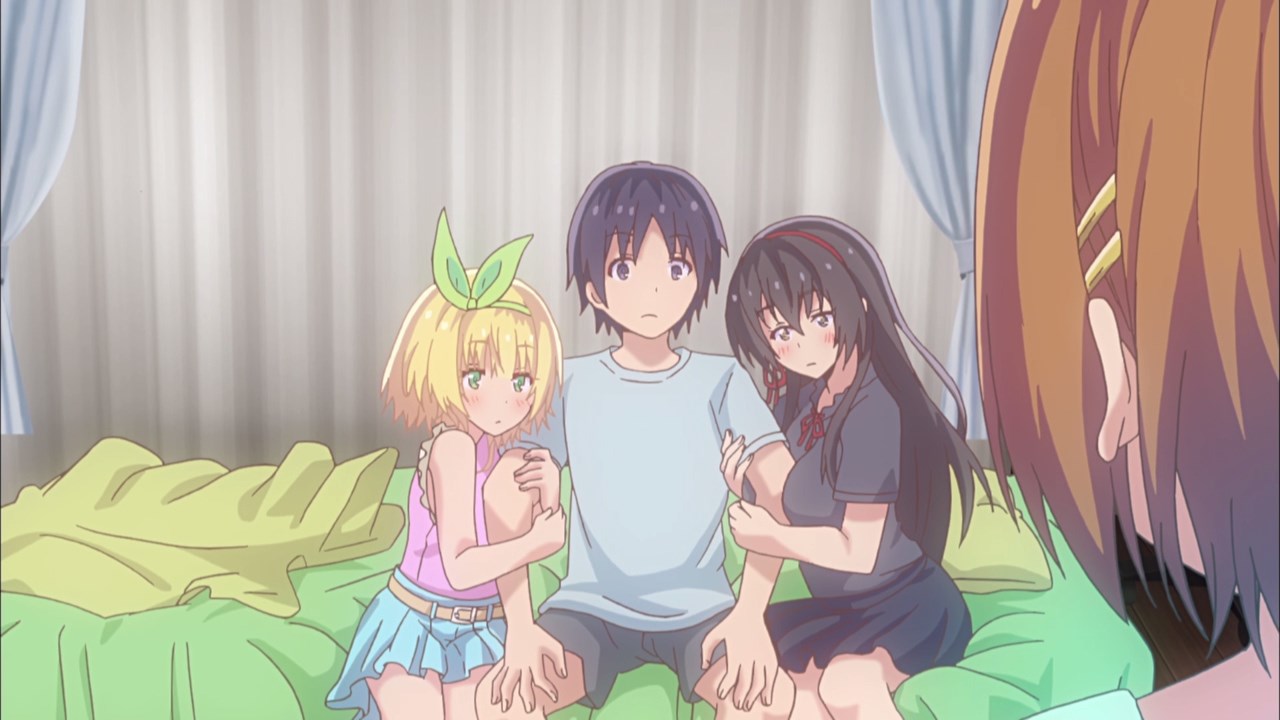 Unfortunately for Tokihara and Koga, Mizuha Kiryu told them not to bother her brother too much and ask these two girls to leave.

Well, at least he’ll have a good night sleep now that both girls will be evicted by Mizuha, but it’s sad that Sayuki-sempai and Yuika wants to play more towards Keiki-kun. 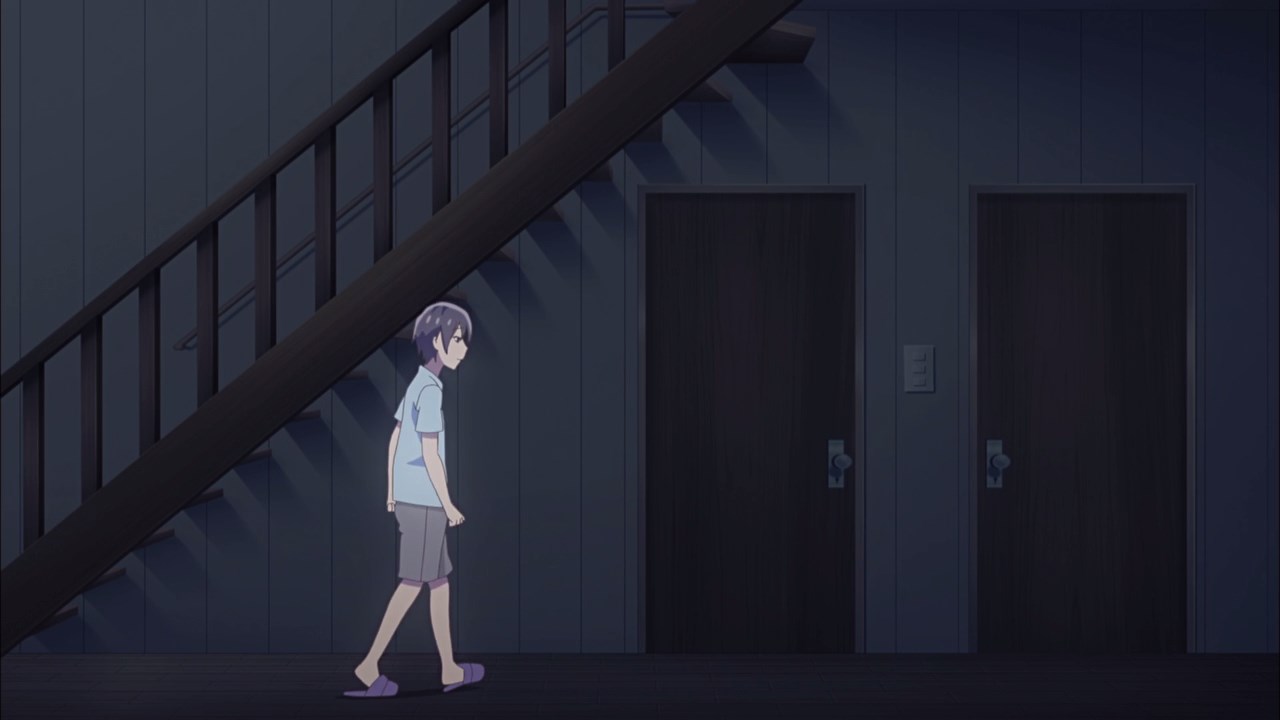 After a good night sleep, Keiki went downstairs ’cause he needs to relieve himself after recovering from a nasty flu.

But when he’s about to enter the bathroom, Keiki saw a naked Mizuha instead. Wait, is this the second time he saw his naked sister? 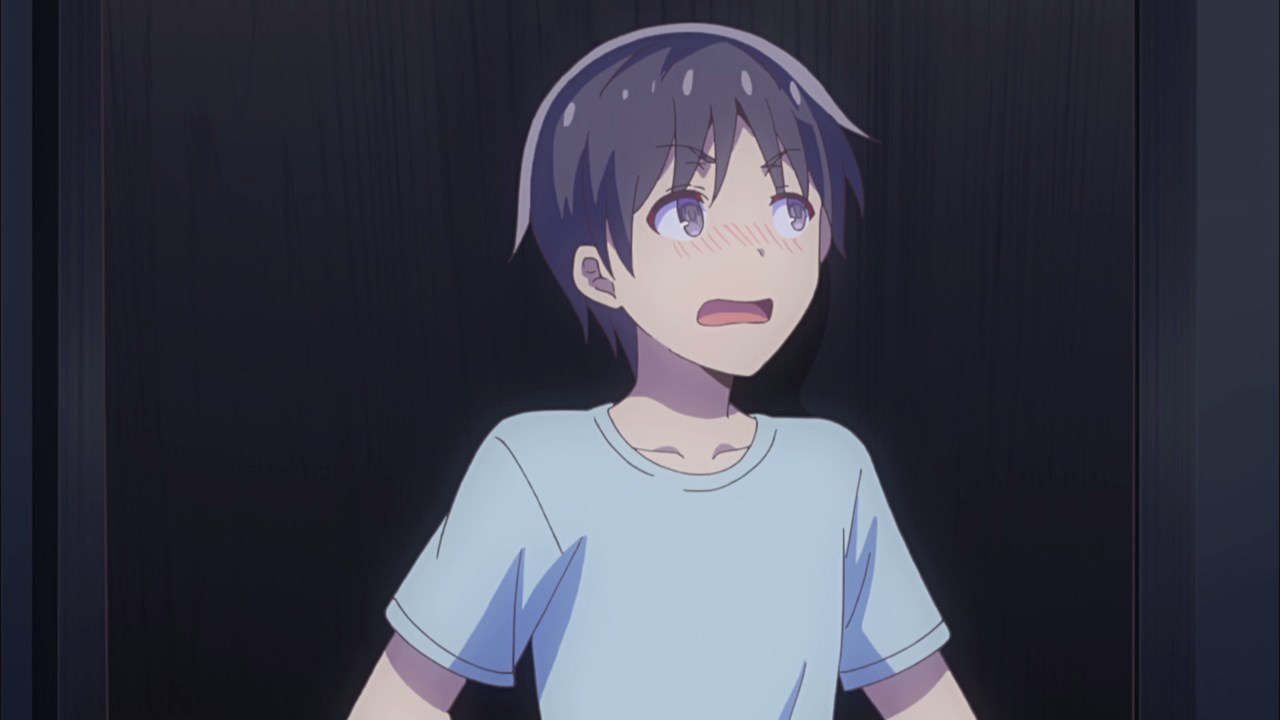 In any case, Keiki backs off because he doesn’t wanna get lashed out by Mizuha. I mean, it’s bad to look at her naked body.

However, Mizuha doesn’t mind about it because she really loves her brother. So much that she remembers the time Keiki told Mizuha that he’ll be a good brother to her.

Despite losing her biological parents, it was love at first sight for Mizuha towards Keiki that she wants to be a romantic interest for her brother.

Unfortunately for Keiki-kun, the status quo as siblings will remain for the time being. Also, Mizuha hugs her brother while her towel falls off.

Although Keiki saw Mizuha a cutie, dating a little sister feels a bit taboo even though they’re step-siblings. Well, the only incest that I can agree on is Yosuga no Sora but for this show, not so much. 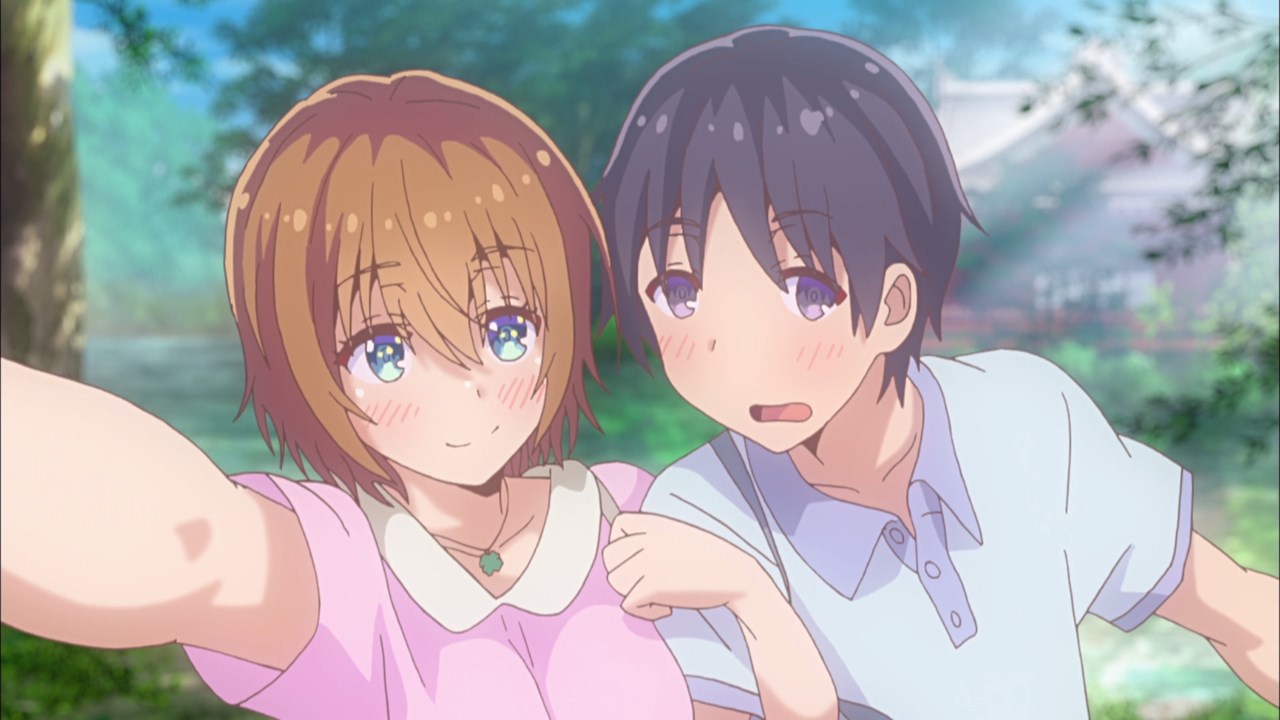 But anyways, Keiki Kiryu didn’t get a girlfriend in the end even after finding out the true identity of Cinderella.

Instead, he’s surrounded by cute girls who are also perverts. Well, except for Mizuha where she’s acting normal… or is it? 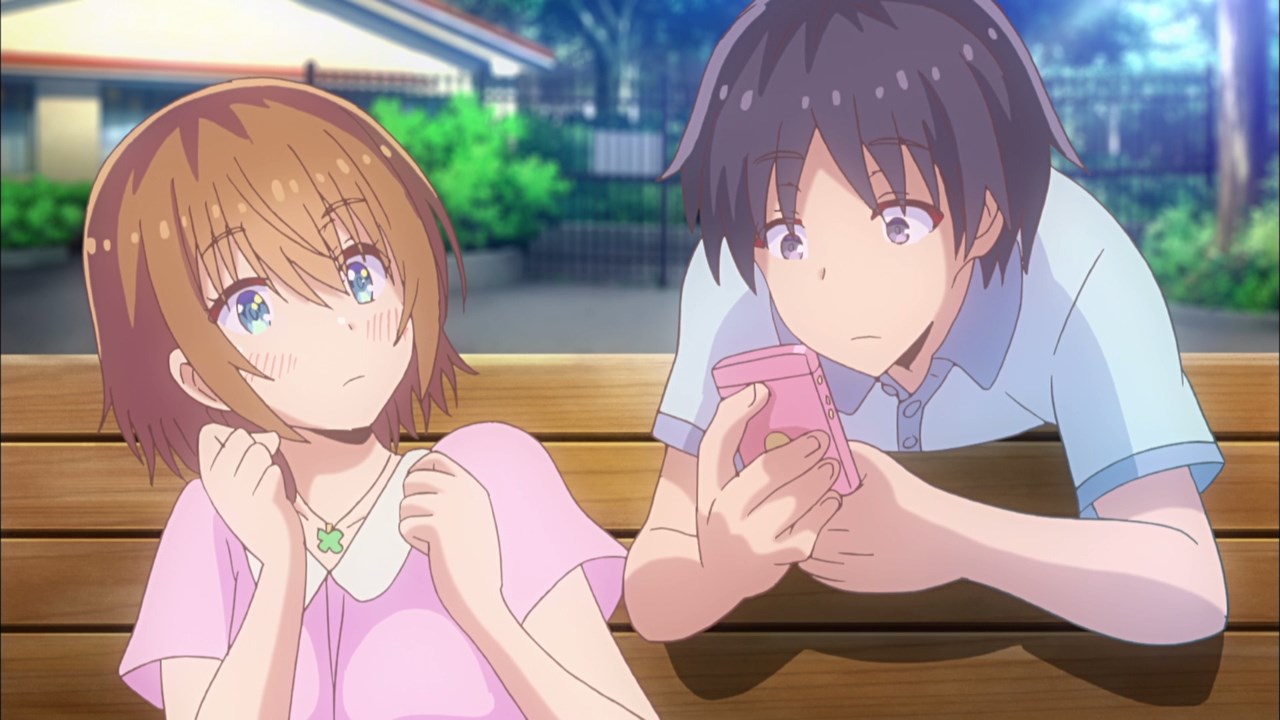 For you see, his step-sister is actually an exhibitionist where she strips and takes a selfie of herself. Dammit, Mizuha is a pervert just like the rest of the girls! 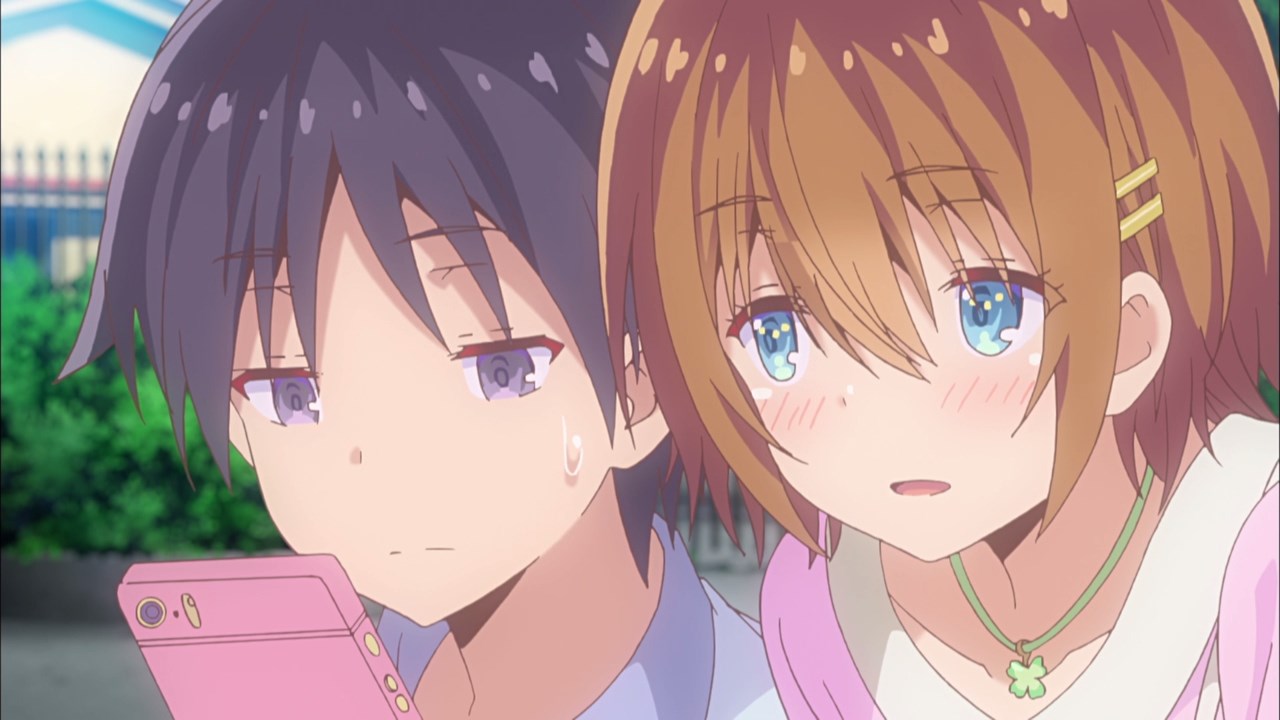 Of course, Mizuha wants Keiki-kun to love her, even though she revealed herself to be a streaker. Well, that’s about it for this show!

You know what, even though this anime adaptation doesn’t look amazing, especially when the quality is a bit off, I like the story of having the main character solving a mystery all while being approached by girls who have peculiar traits, from Yuika’s sadism to Mao’s fascination with yaoi. Then again, I’m disappointed that Kiryu not ending up with the girl of his dreams after finding out the truth.

Now, will there be a sequel? Nah, it’s not possible at this point given that Kadokawa is focused on promoting other shows based on light novels. But hey, at least this show is better than watching various shows where the main character is being transported to another world. In any case, let’s hope that Kiryu will find a girl he’ll love… someday.