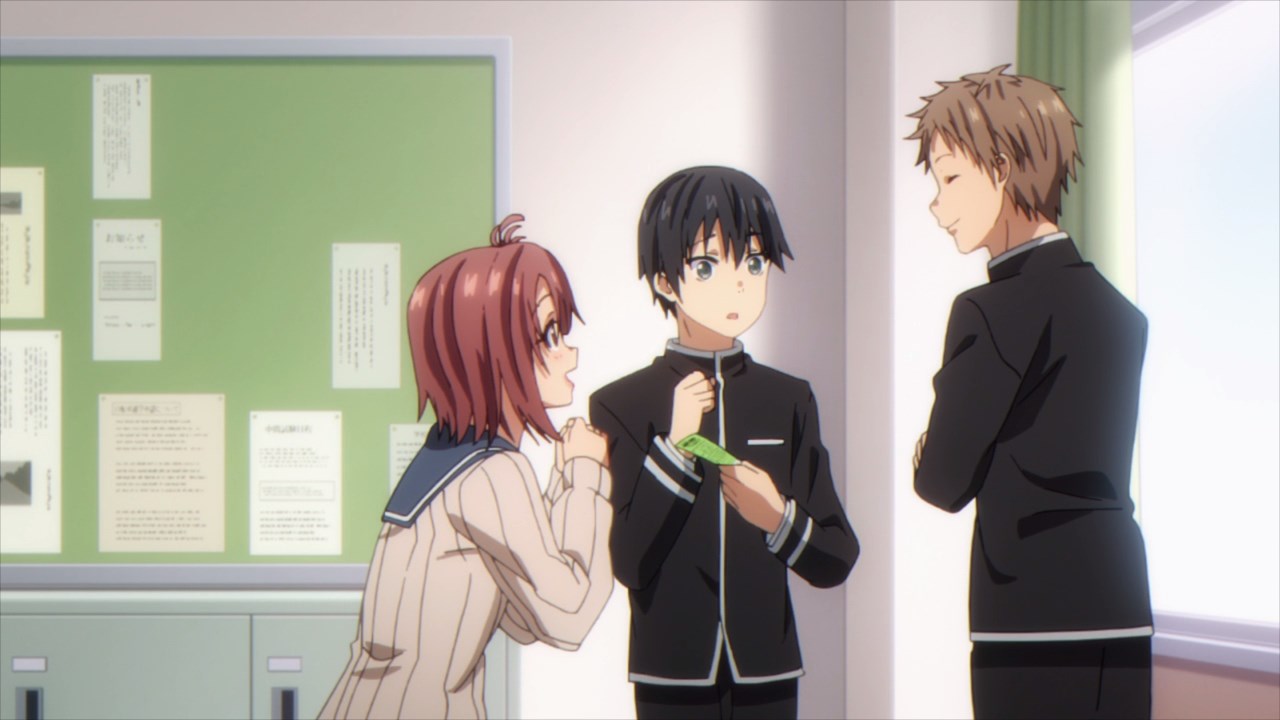 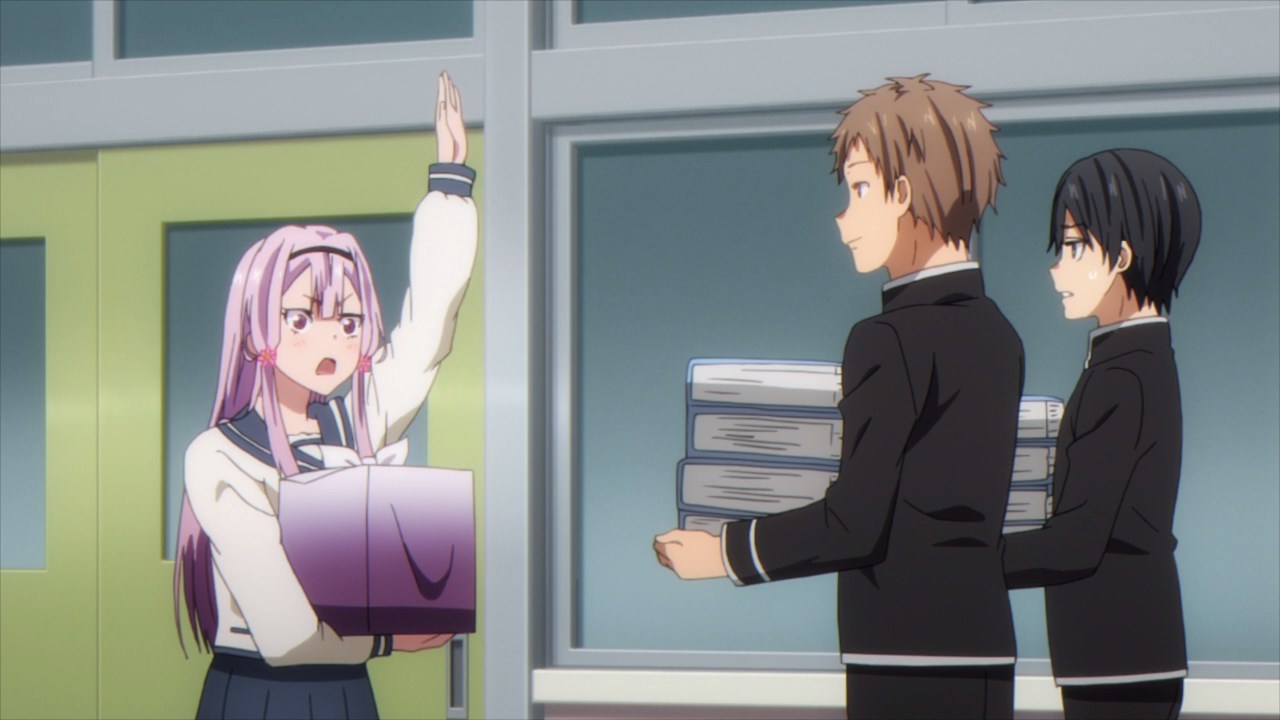 Well guys, here’s Amatsuyu “Joro” Kisaragi where he helps both girls to hook up on Taiyo “Sun-chan” Oga. But seriously though, both Aoi “Himawari” Hinata and Sakura “Cosmos” Akino shouldn’t rely on Joro to get across their feelings to Sun-chan as they should do it themselves.

On the other hand though, I wonder that Sun-chan thinks on his love life? I mean, Himawari and Cosmos are in love with him but I’m curious to know which girl does he like? 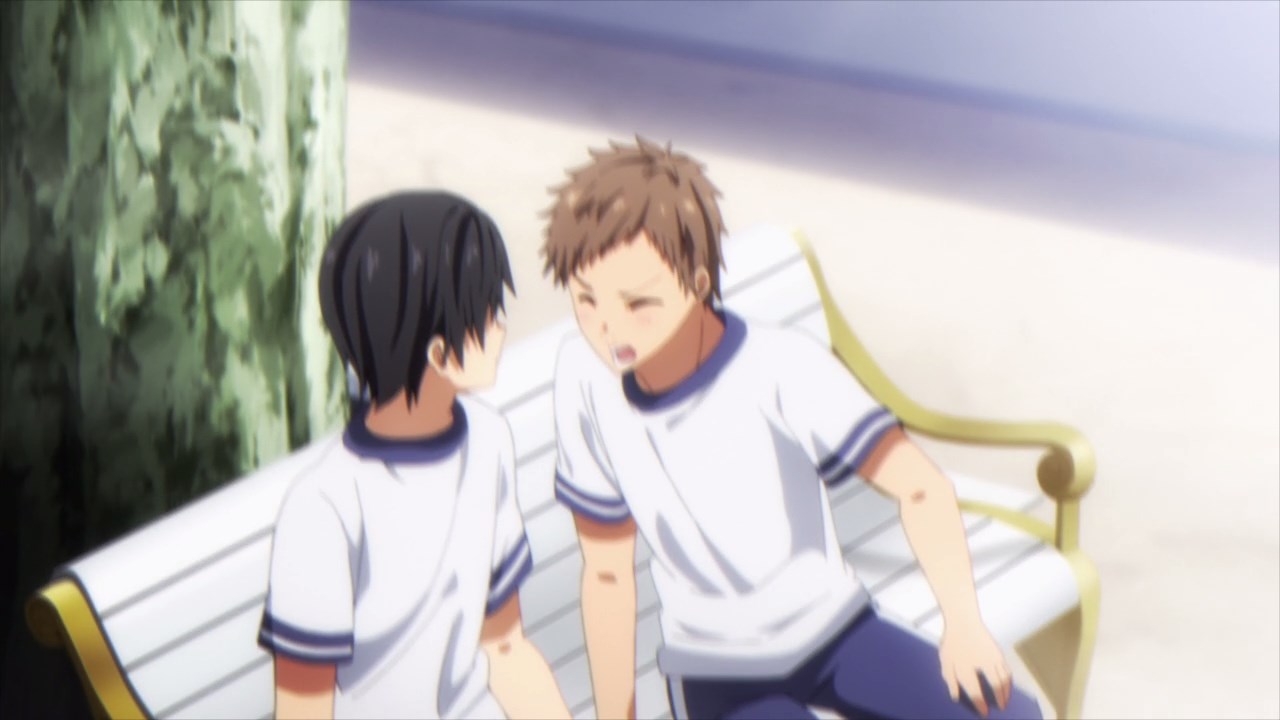 Well, turns out that Taiyo Oga told Amatsuyu Kisaragi that he’s in love with Sumireko Sanshokuin and he wants his best friend to help him out.

Oh yeah, and Sun-chan told his feelings while sitting on a bench, much like how Himawari and Cosmos did the same thing in the previous episode. 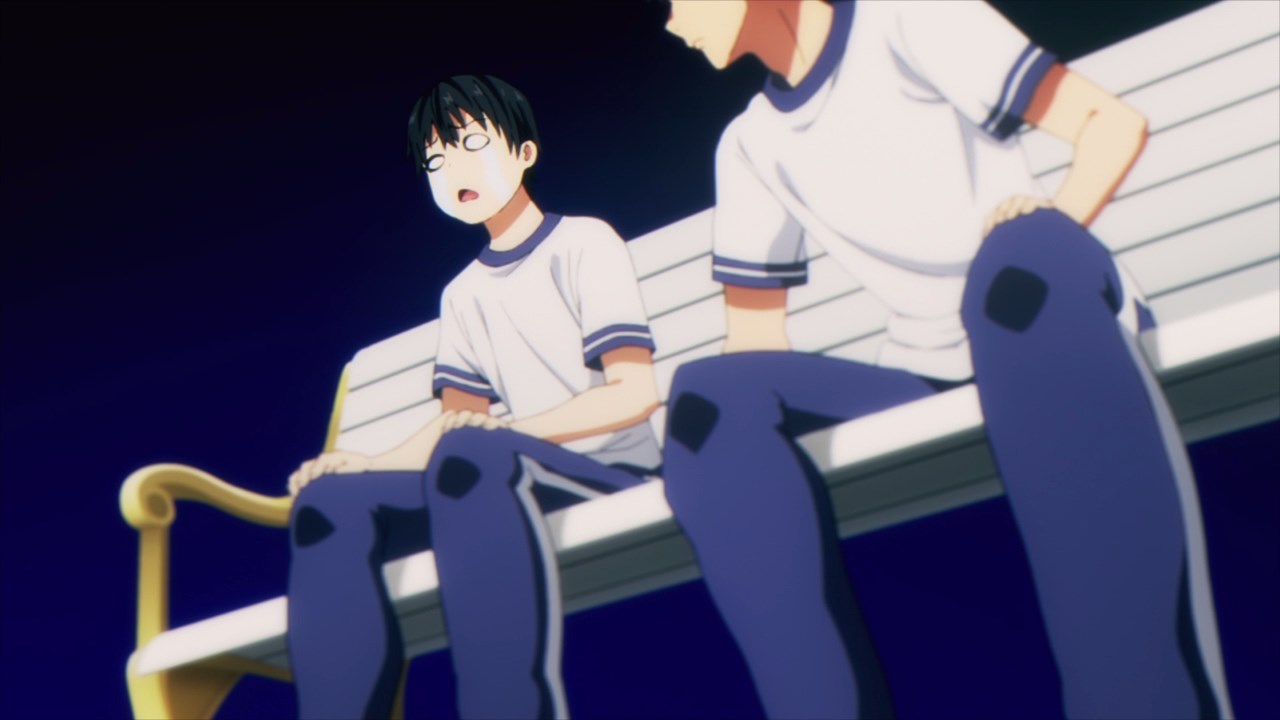 And I have to say that Joro felt stunned that his best friend is in love with Pansy, a badmouth stalker who always sets her sights on Joro and no one else.

Man, this is one fucked-up story and Joro felt that he’s on the losing side now that this love triangle has gone bigger. But what about Himawari and Cosmos, what do they think? 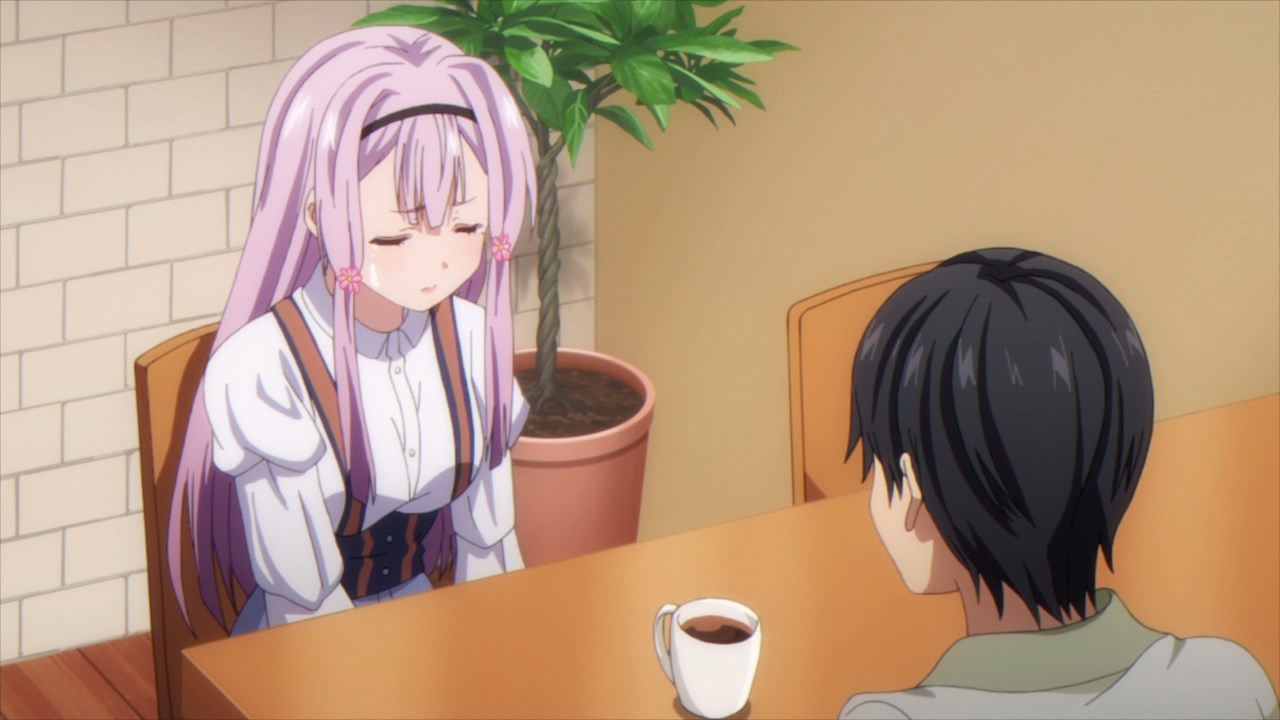 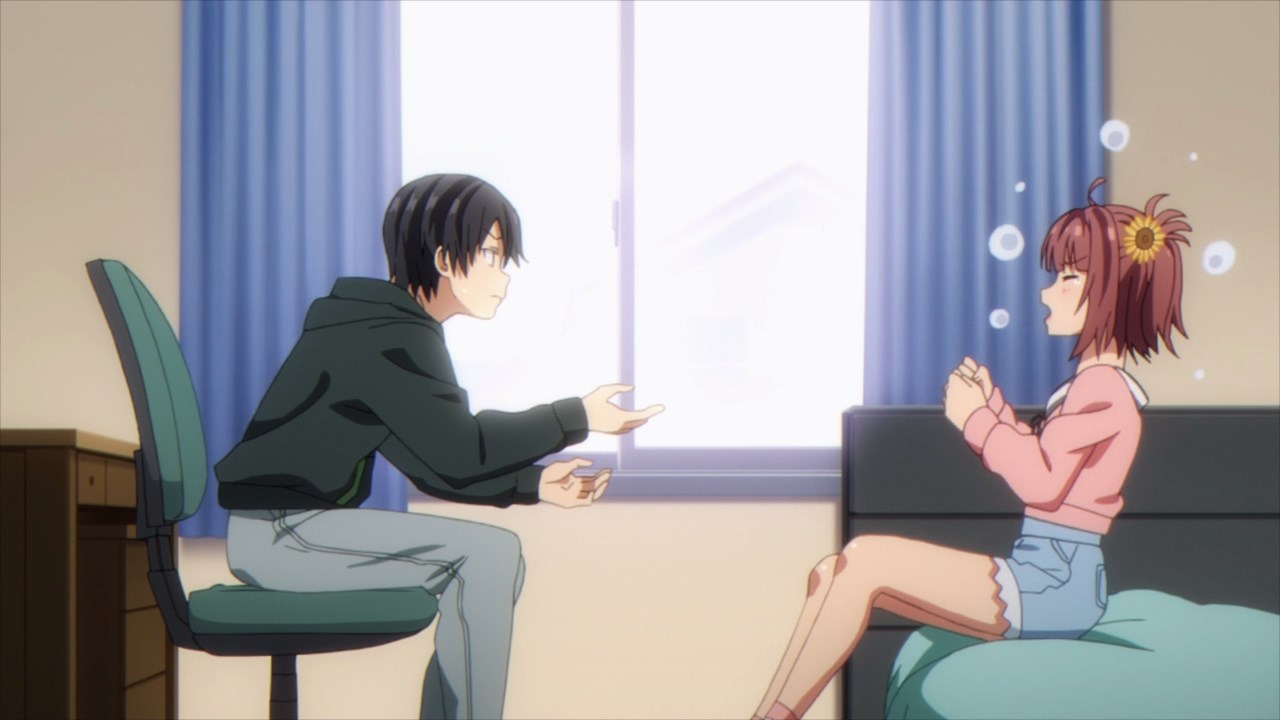 Well, both girls felt disgusted and disappointed that Cosmos and Himawari accused Joro of lying and keeping that secret away from them until it was too late.

Now, they’re gonna support Sun-chan on dating Sanshokuin but goddammit, Cosmos and Himawari misunderstood on what Joro said to his best friend. Also, these girls are spineless idiots for giving up their crush easily when they could muster up their courage and tell Sun-chan how they feel! 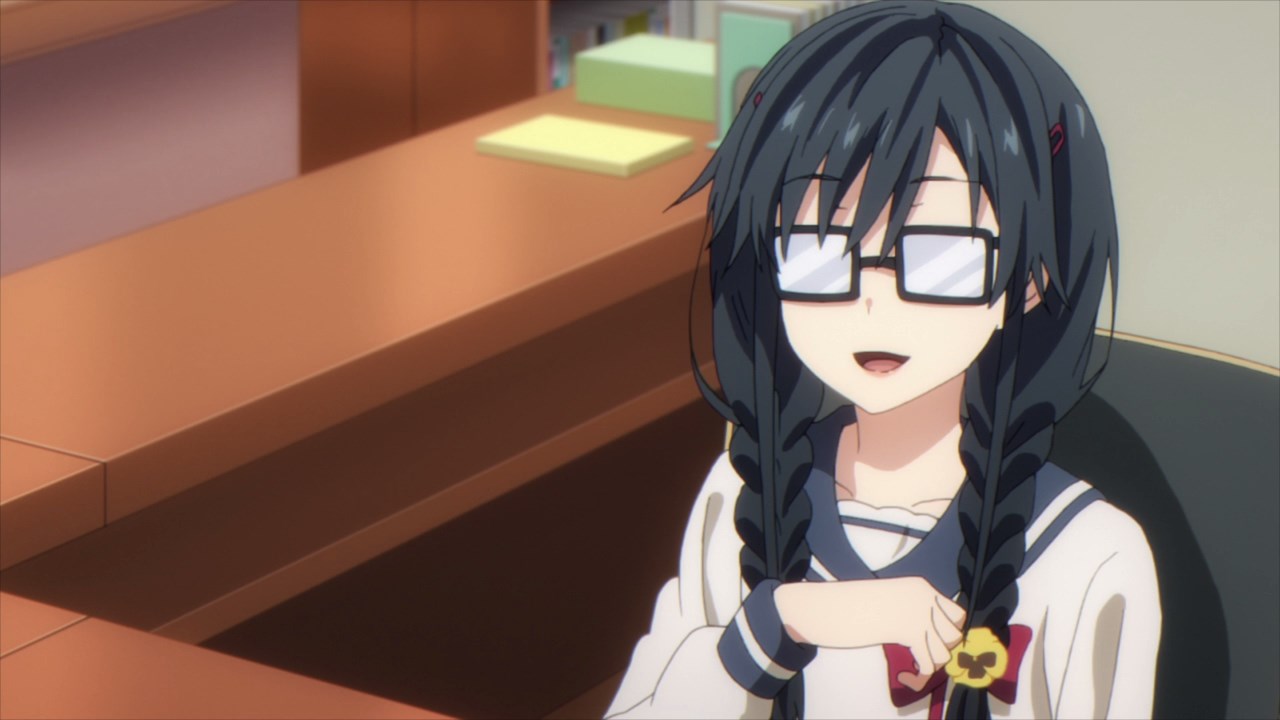 As for Sumireko “Pansy” Sanshokuin, she was surprised on the sudden turn of events that Pansy felt sorry for both girls. Then again, she warned Joro that the real fun starts now… 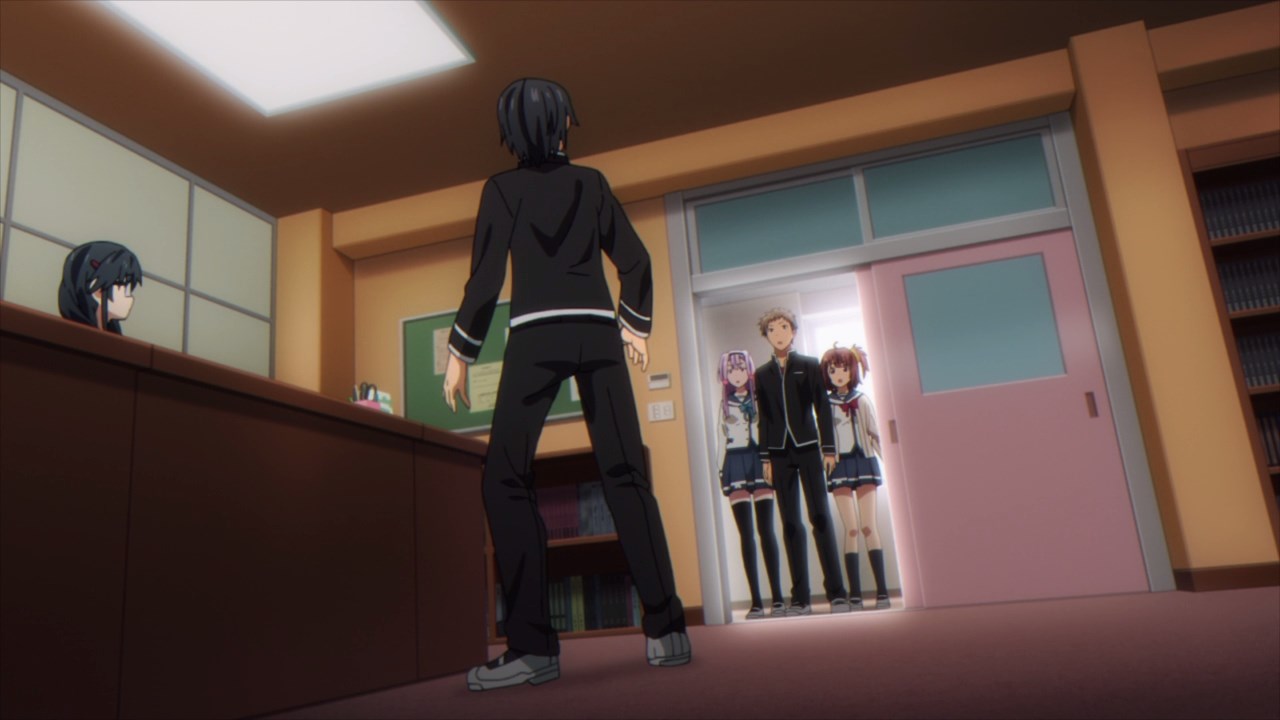 …as Cosmos, Sun-chan, and Himawari have arrived inside the library. And so, prepare your riot shields ’cause this love pentagon is reaching its critical mass, although I’m worried that it gets worse when someone got involved in this mess.

One more thing, I love the opening theme by Shuka Saitou and I feel that she’ll have a great future as a singer/voice actress. Anyways, tune in next time for the climactic confrontation!