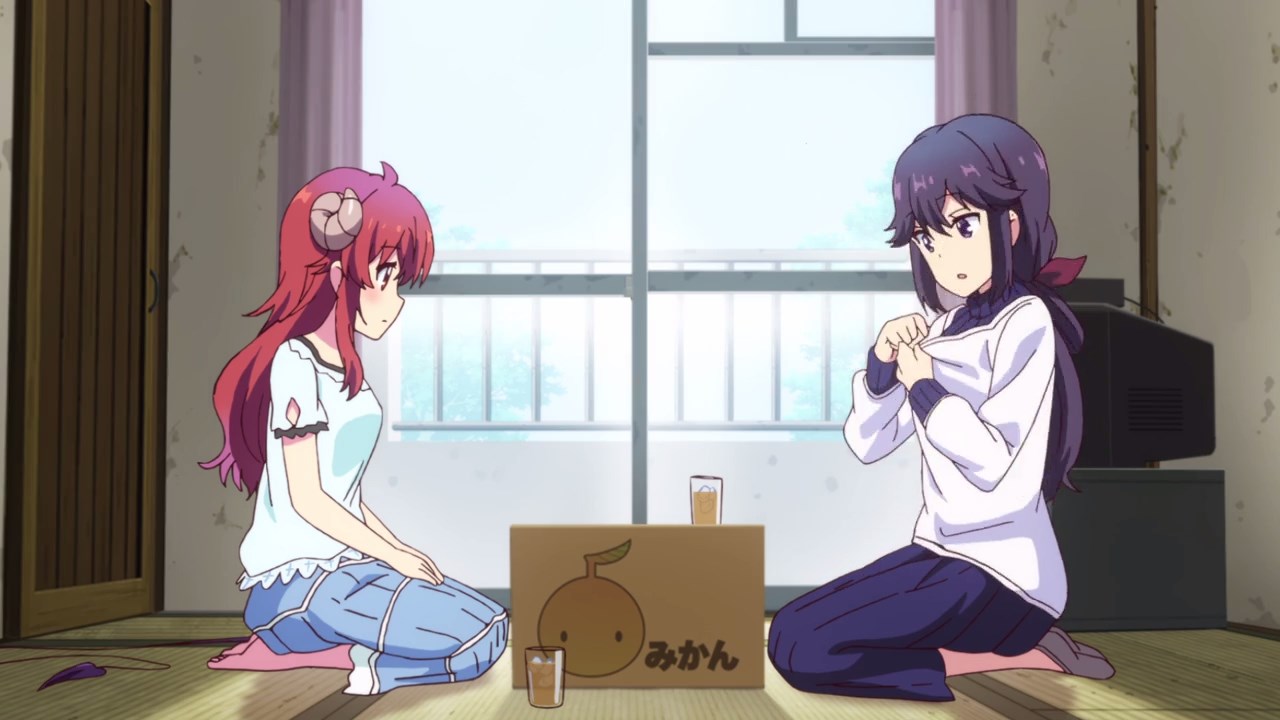 Oh look, it appears that Seiko Yoshida wants to give something important to her daughter Yuko. I wonder if this is related to the final episode? 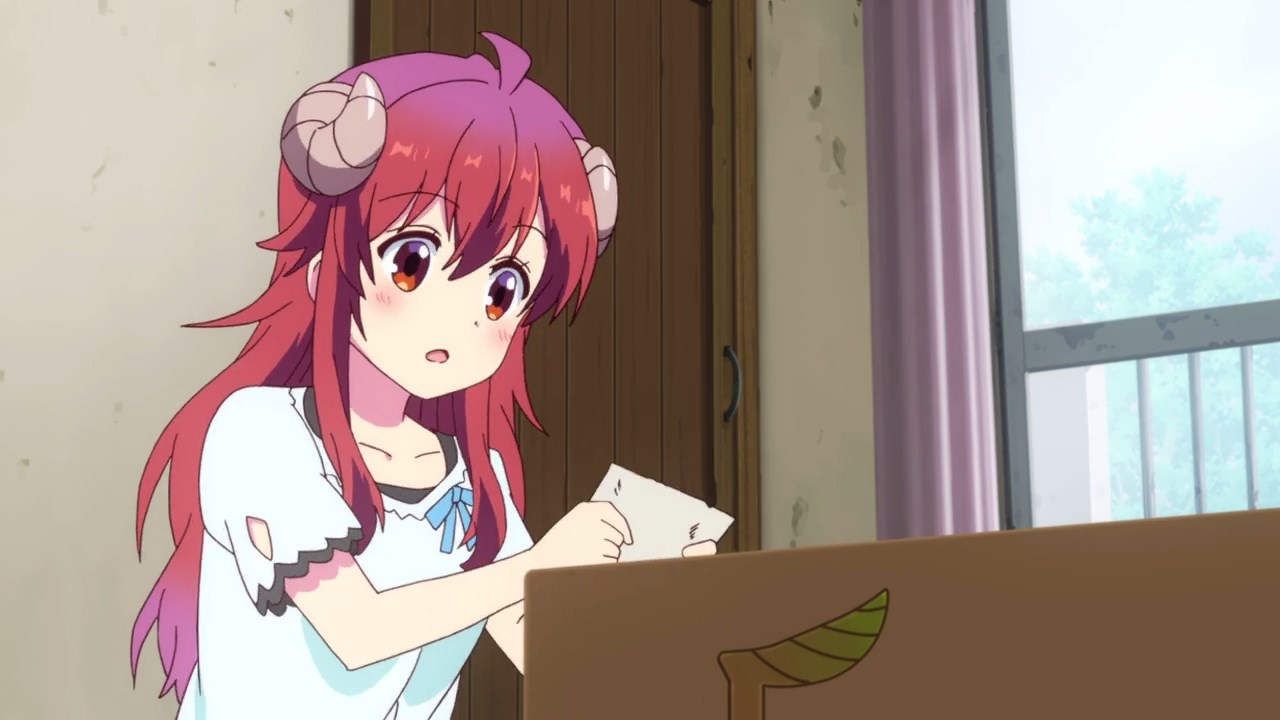 But anyways, Seiko told Yuko about her father Joshua as she gave a photo to her. 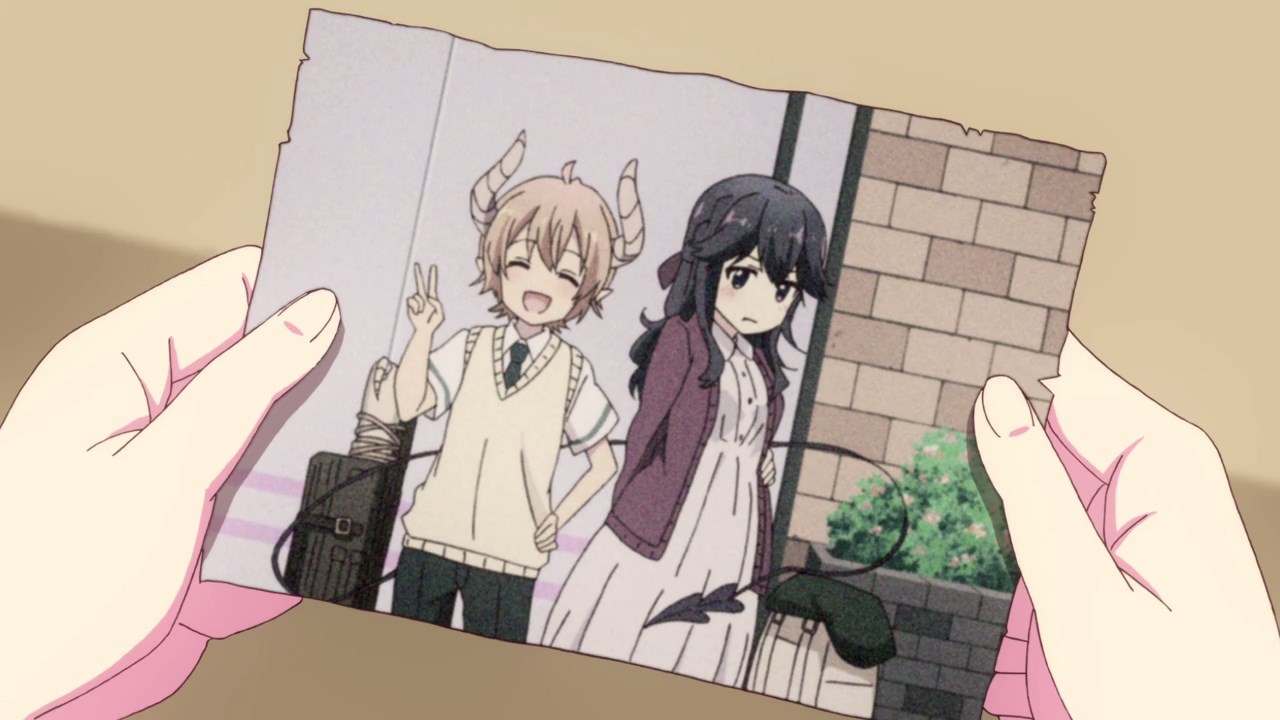 And here’s what Joshua looks like when he’s a young demon. Wow, he’s shorter than Seiko and by the way, Joshua is also known as Taro Yoshida ’cause he doesn’t want getting hunted by various demons and magical girls. 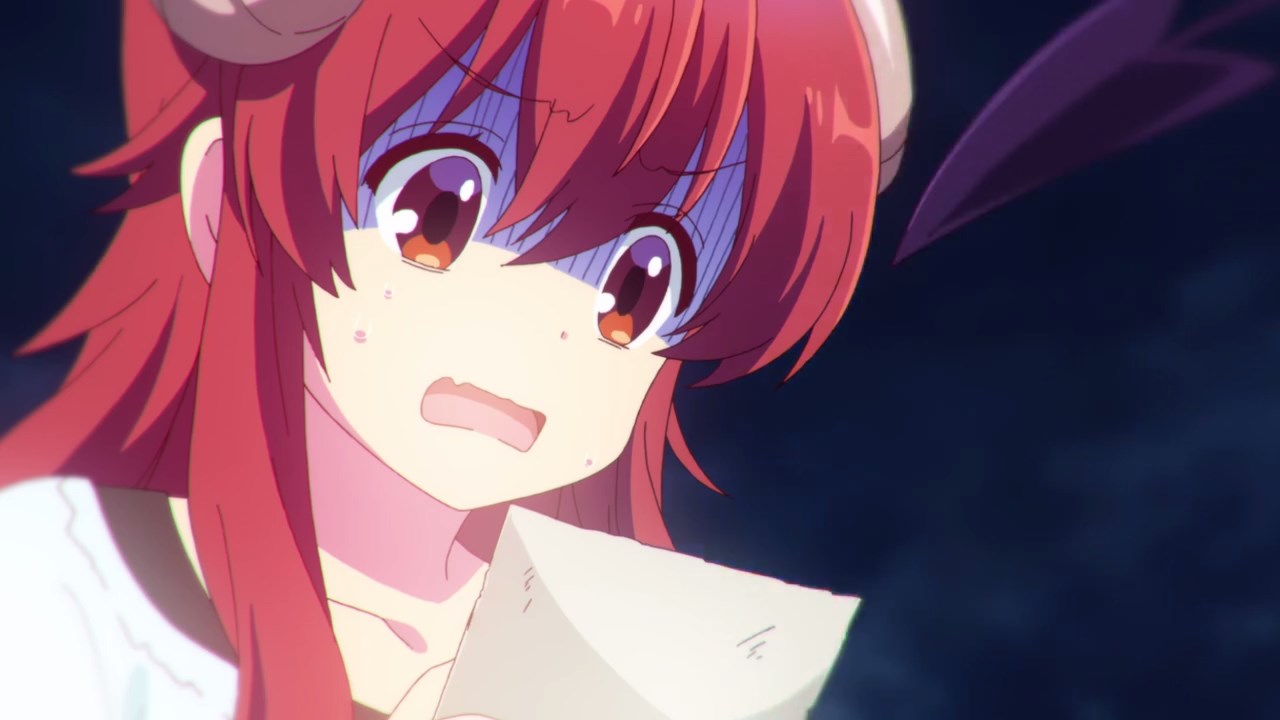 On the other hand, Shamiko was horrified that she inherit her short stature from her real father. Sadly, Joshua is currently sealed in a box so Shamiko can’t complain to her father. 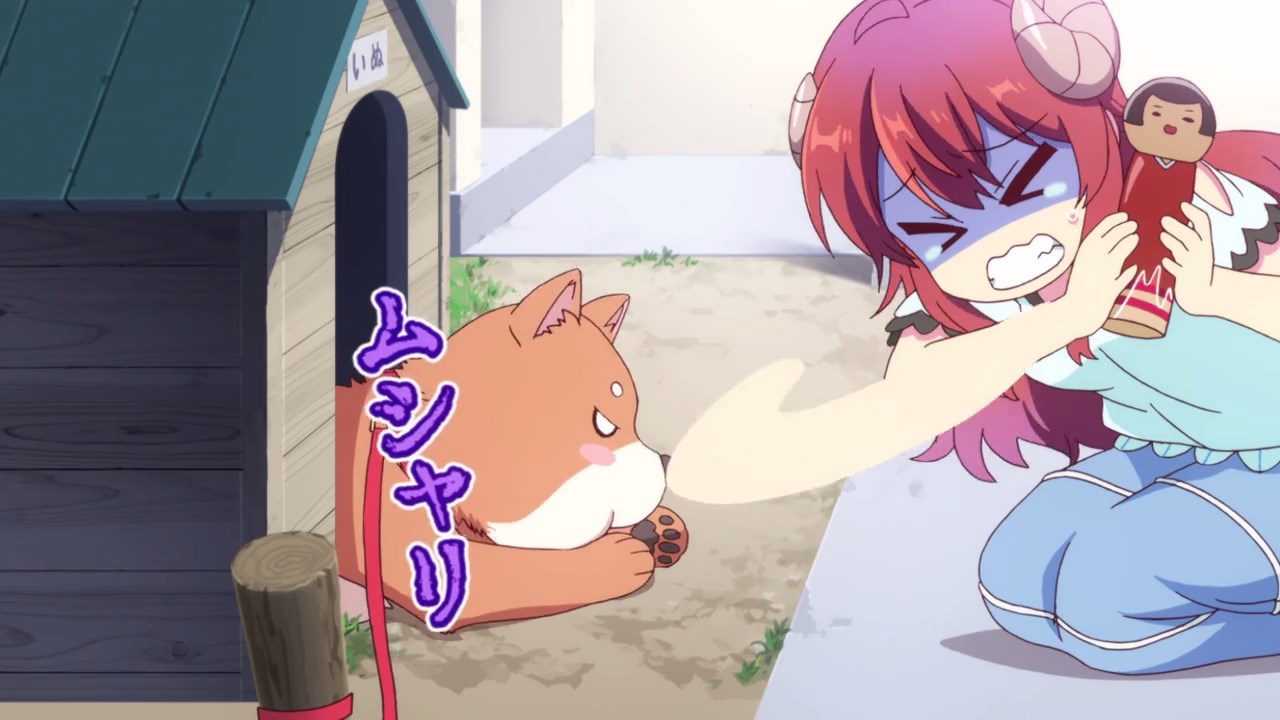 In any case, time for Shamiko to find her ancestor statue and it appears that she rescued the wrong statue. Um Shamiko, that’s a kokeshi doll. 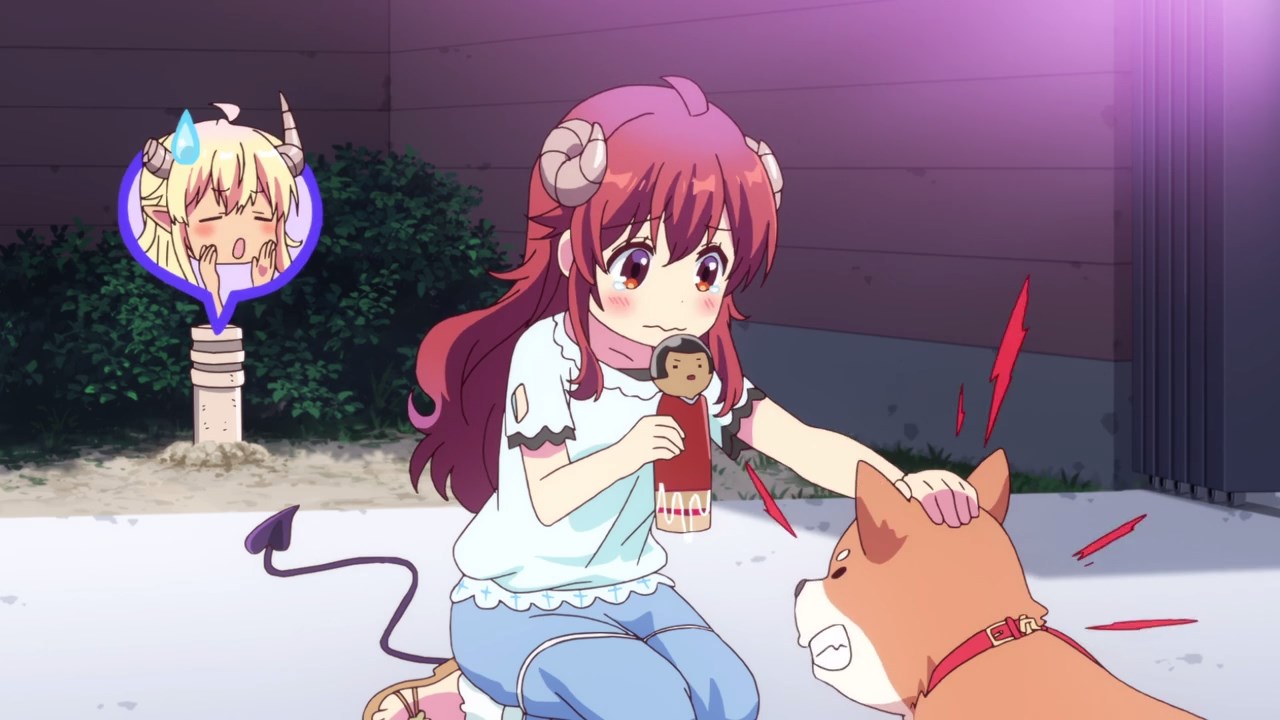 Also, Lilith is over at the bush where she’s calling her descendant for help. Um Shamiko, please save your ancestor from being stuck at the bushes. 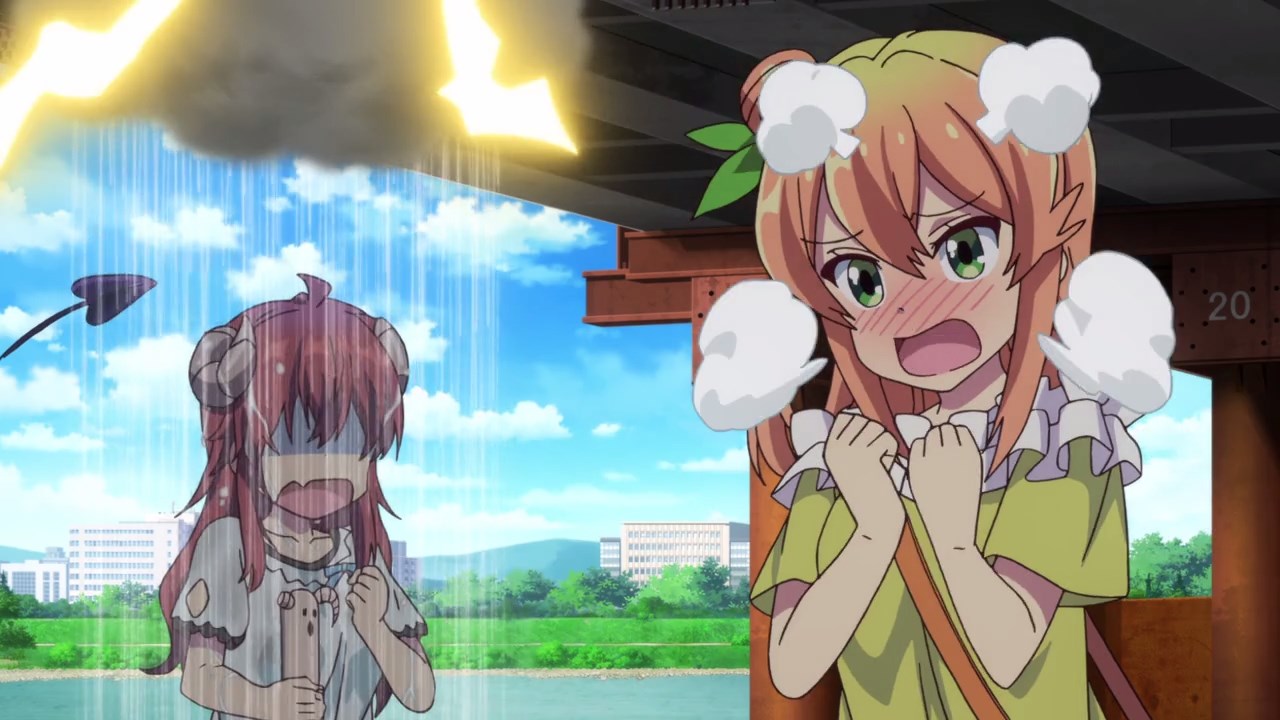 After Yuko rescued Lilith, she went to see Mikan Hinatsuki where Shamiko asked Mikan on where Momo is.

Unfortunately, Mikan Hinatsuki’s curse is acting up again upon learning that her mentor Sakura Chiyoda has disappeared, so Yuko Yoshida will have to search Momo Chiyoda by herself. 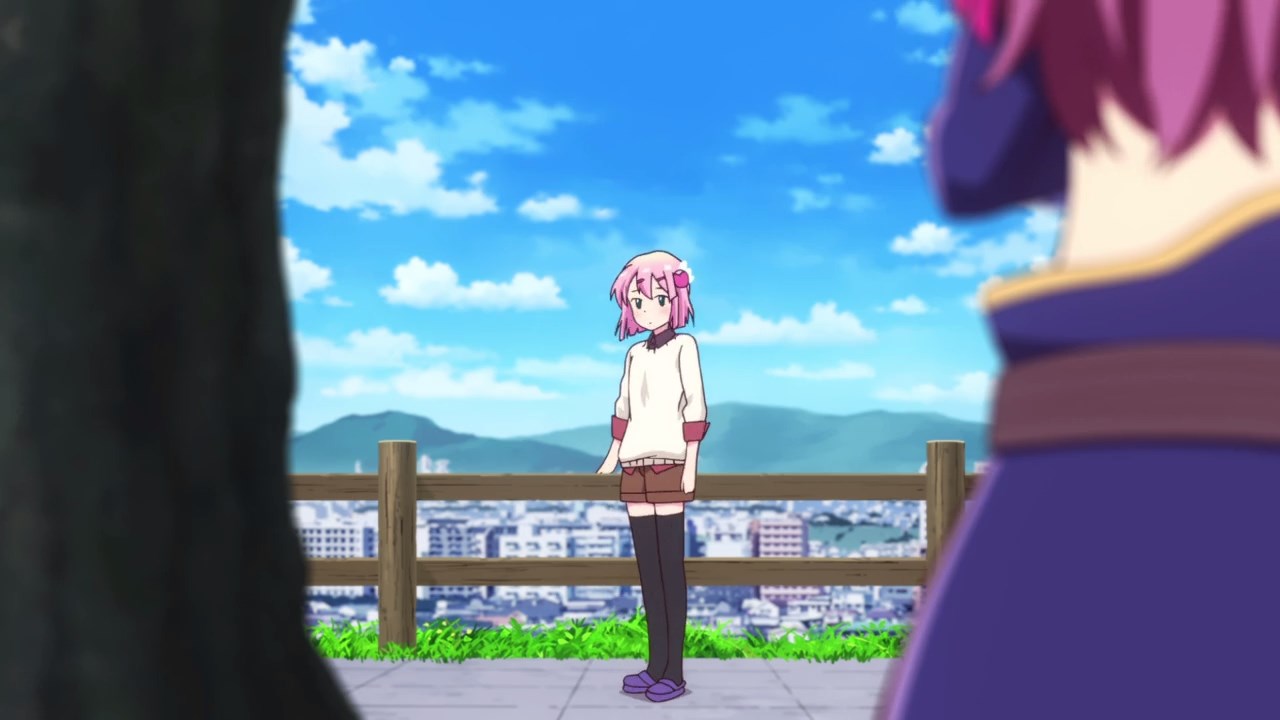 Now then, it appears that Shamiko has finally found Momo at the hilltop. Of course, it’s impossible for Yuko to beat her rival through brute force. 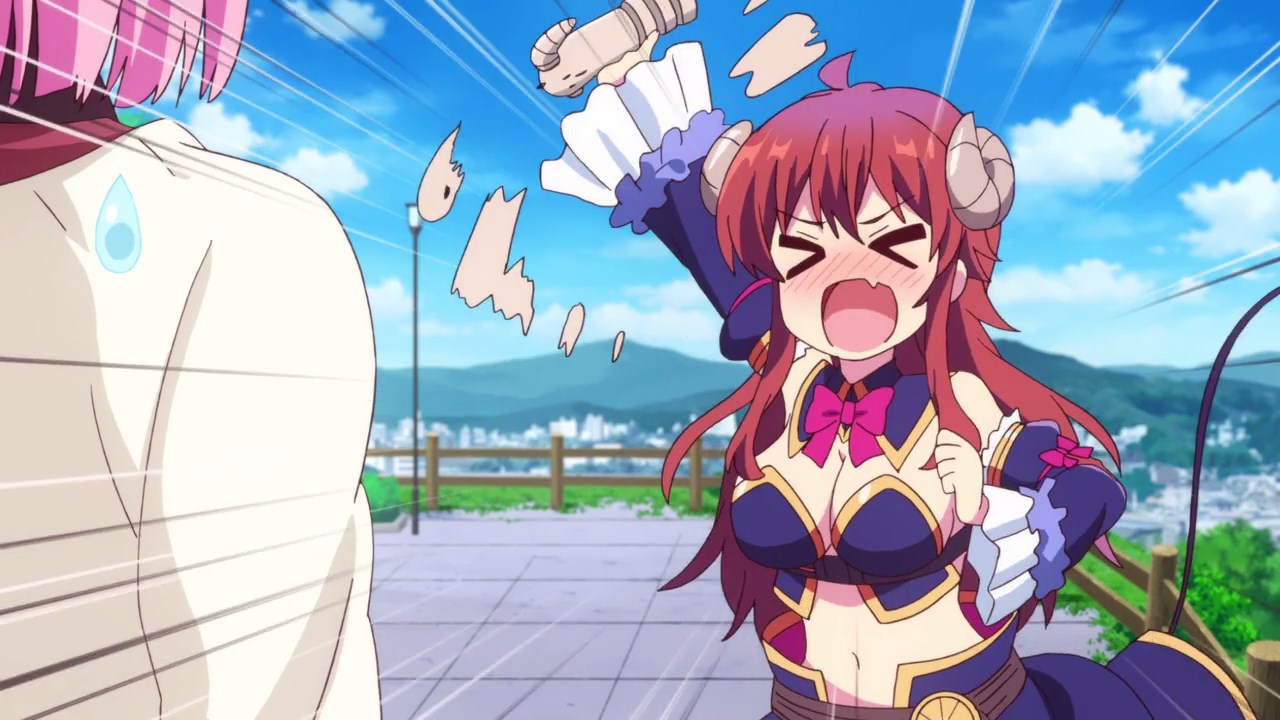 Instead, Shamiko offers Momo to join the Dark Clan and become her vassal. Well, seems that Shamiko wants to play the diplomacy card but will Momo accept it?

Of course, the reason why she want the magical girl to join the dark side is because Yuko wants to find the whereabouts of Momo’s elder sister. 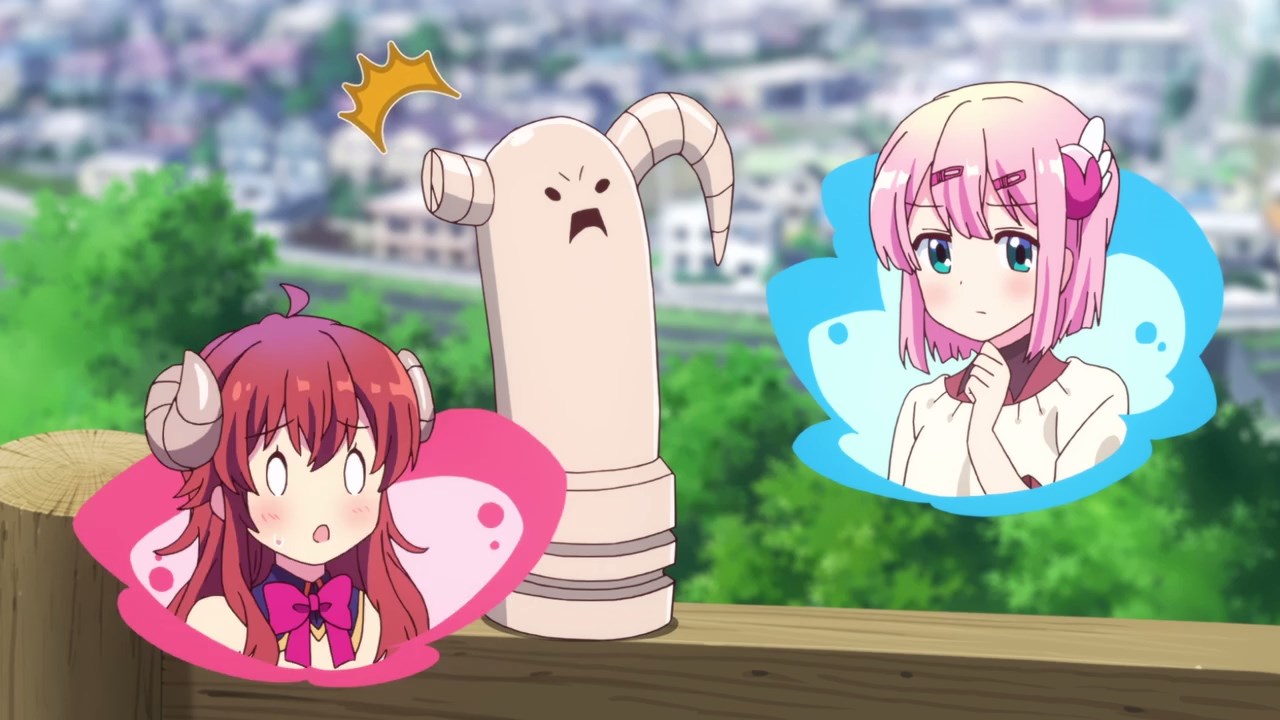 However, Momo has some serious doubts on joining the Dark Clan because she fears that her powers might weaken if Momo becomes Yuko’s vassal.

Hell, even Momo suspects Lilith as Shamiko’s ancestor will pull a shady move should this magical girl joins the Dark Clan. 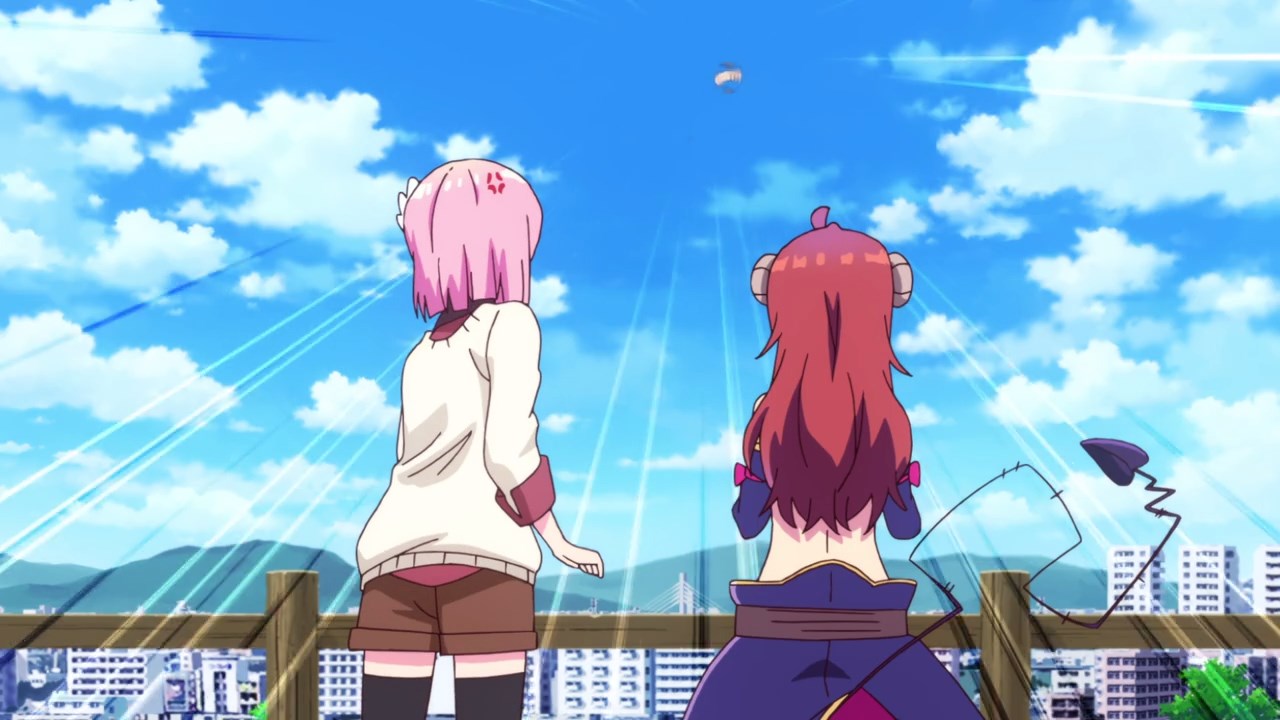 So, Momo Chiyoda throws Lilith far away, much to Yuko’s annoyance ’cause she’ll have to find her ancestor statue again! 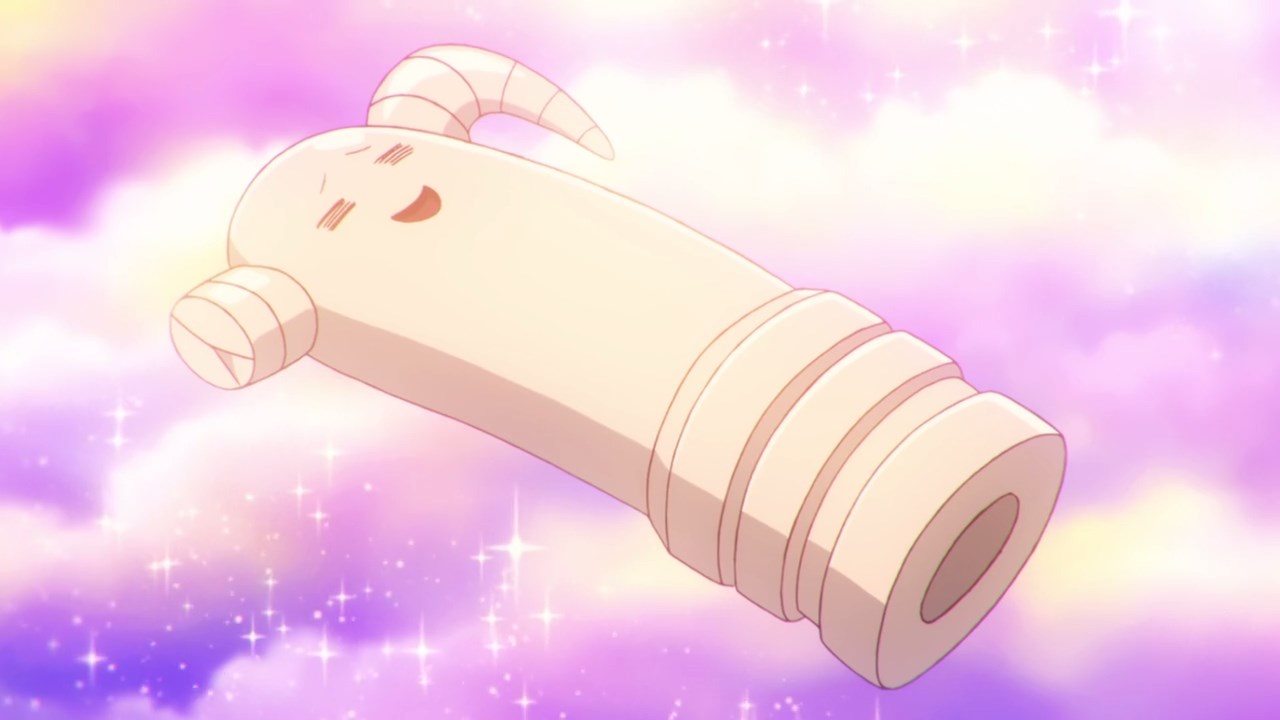 Speaking of Lilith, I feel bad towards Shamiko’s ancestor ’cause she’s stuck inside the statue for all eternity. Man, if only she would find a way to get out of that statue… 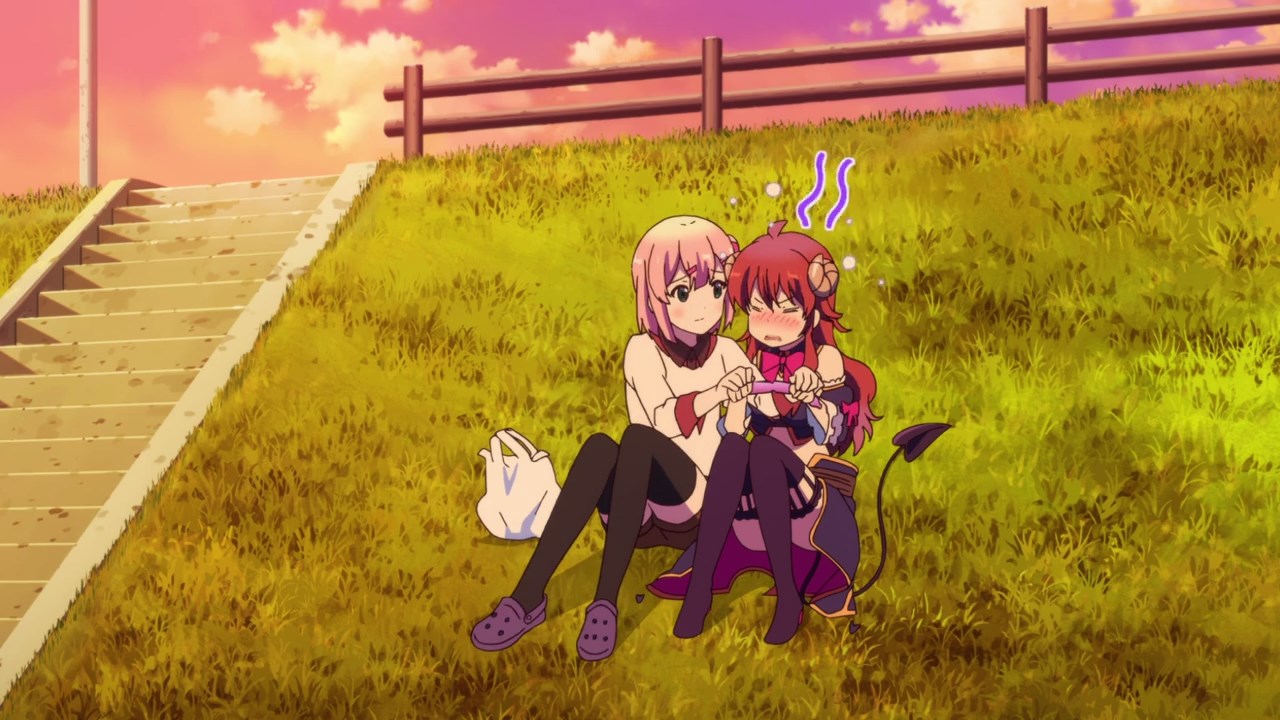 But nevertheless, Momo declined Shamiko’s offer ’cause she still expects the shadow mistress to fight at her fullest… someday.

Yeah, I guess Yuko has no choice but to train harder so that she can finally beat a magical girl and reclaim the glory of the Dark Clan! 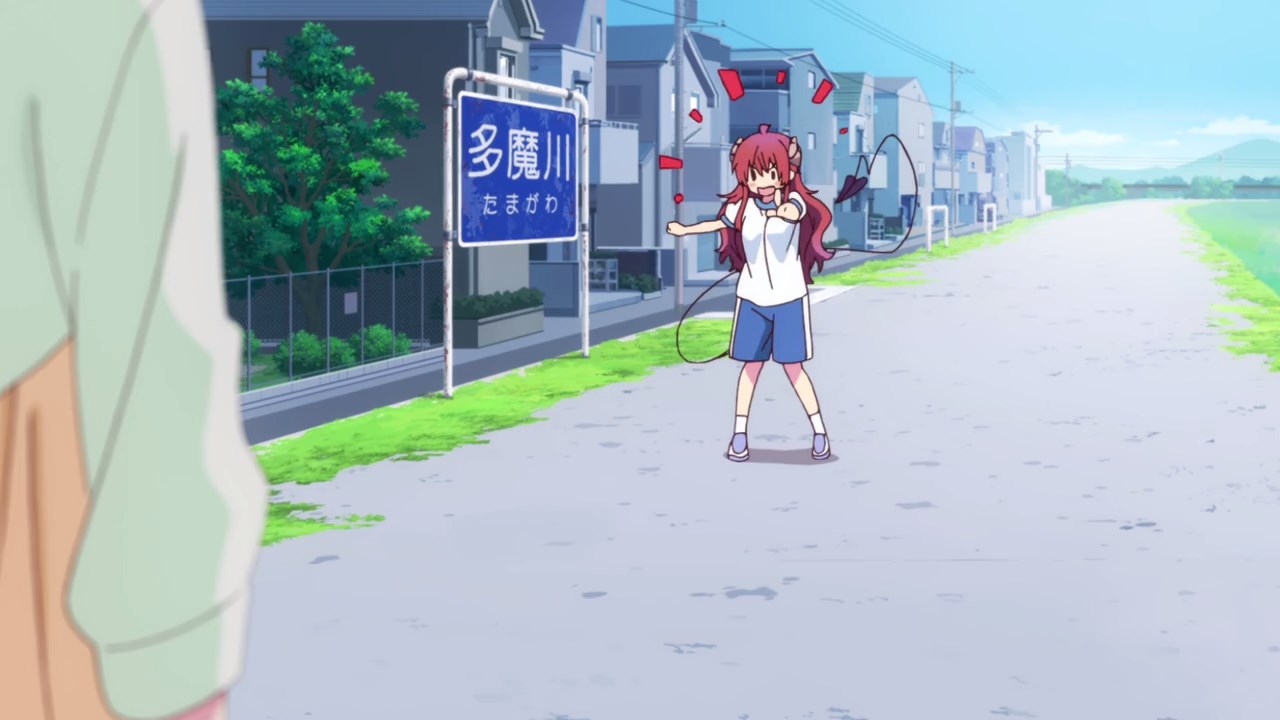 The next day, everything went back to normal as Yuko Yoshida challenges Momo Chiyoda to a duel.

I mean, Shamiko is wearing gym clothes and she’s ready to pounce that magical girl, but it would be nice if Yuko wears that Crisis Management costume instead! 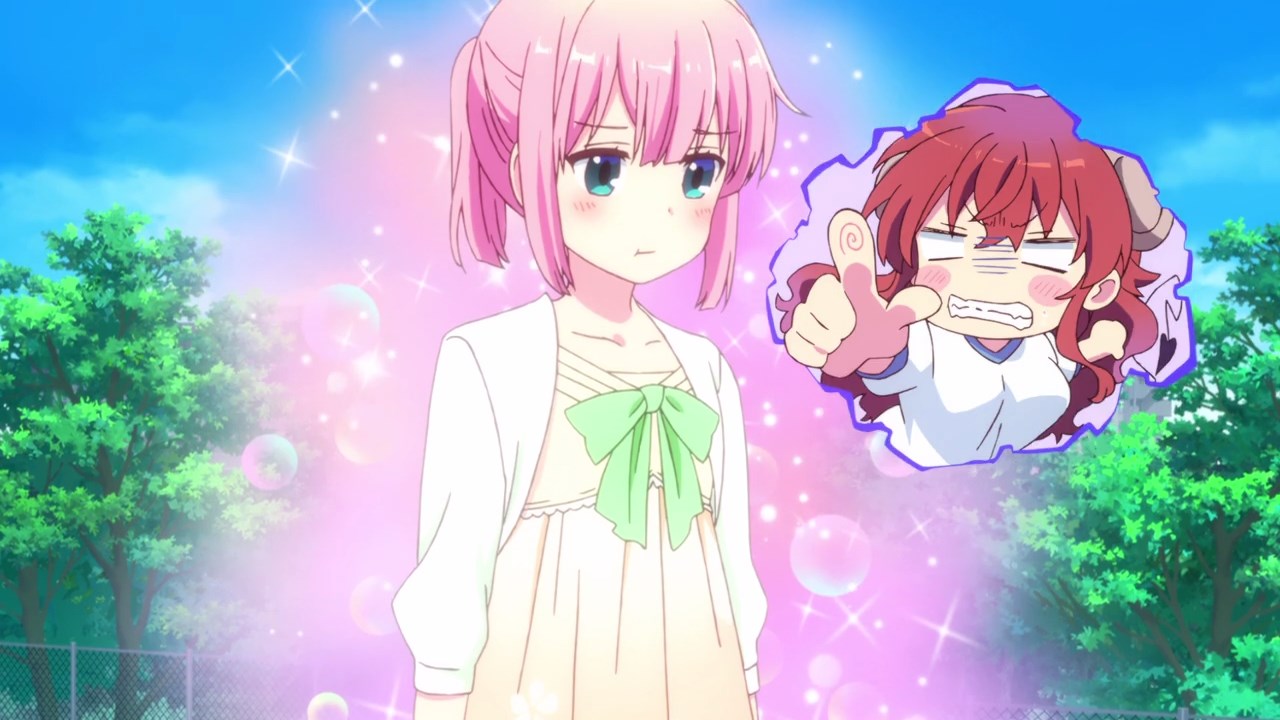 On the other hand, it appears that Momo is wearing casual clothing, as if she has a date with someone else. Wait, is she gonna date Yuko!? 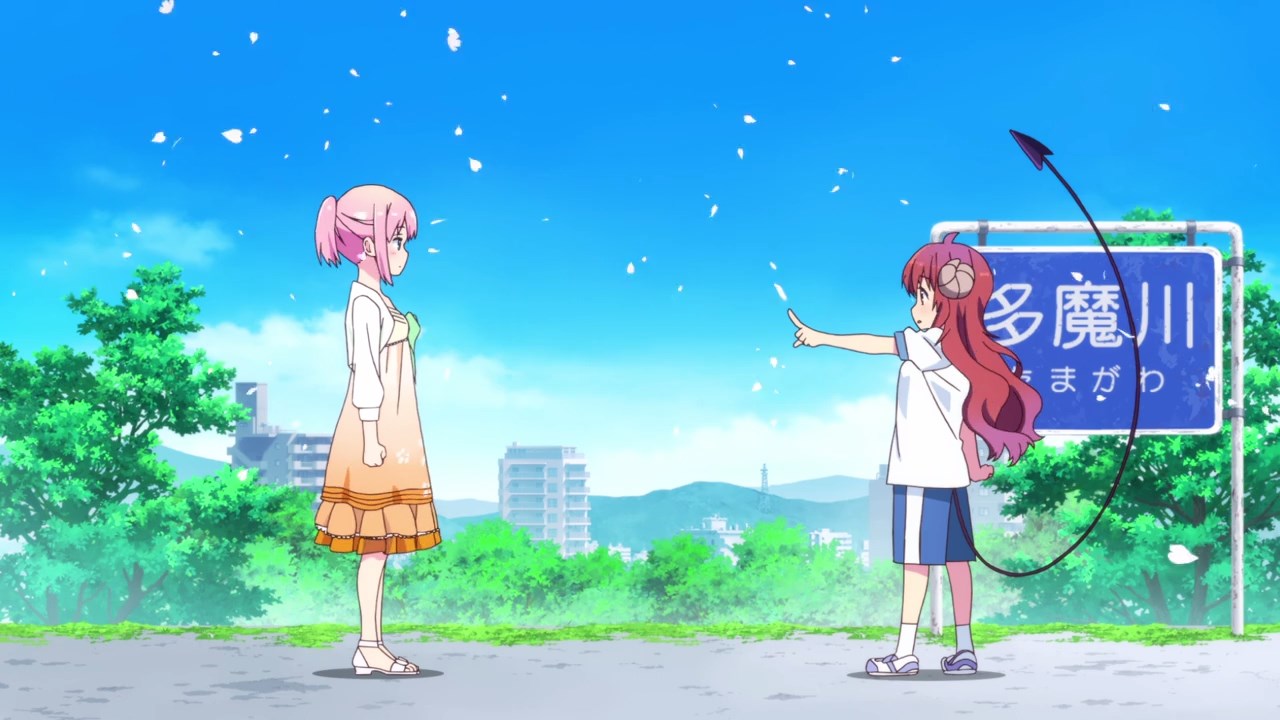 In any case, that’s the end of Machikado Mazoku and while I’m gonna miss Yuko Yoshida, I hope that her dream of bringing back the glory of the Dark Clan will come true… someday.

Of course, we’ll never know if there will be another season for Machikado Mazoku but you know what, I love the interaction between Shamiko and Momo that it’s the only thing that I enjoyed when watchiing this show! Anyways, it’s time to say farewell to both Momo Chiyoda and Yuko Yoshida!