Hey everyone, it’s the final 2 episodes of Arifureta Shokugyou de Sekai Saikyou as Hajime Nagumo and his party have arrived at the Outpost Town of Horaud.

Yes, this is the town where Hajime and his classmates start their adventure, although Nagumo has some bad memories where someone blasted him by accident. Well, he got better now!

Now then, Hajime Nagumo and his party went to see the guild leader named Loa Bawavis where he’s surprised that Nagumo’s party managed to kill an army of demons at Ur.

On the other hand though, I wonder why Hajime Nagumo went back to Horaud? Does he and his party have a quest to accomplish, or he just want to see his classmates?

Then again, I bet that should Hajime went for the latter, he’s gonna tell them that he survived and they suck!

Speaking of Hajime’s classmates, one of them named Kousuke Endou has arrived at the guild to call for some backup. Hm, don’t tell me that Kouki Amanogawa and his party encountered a powerful monster? 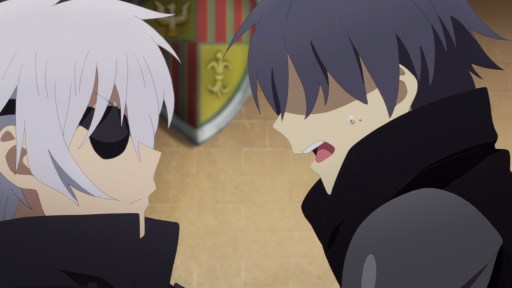 On the other hand, Kousuke was surprised that Hajime Nagumo is alive. But you know what, I wanna know why Endou went to the surface? 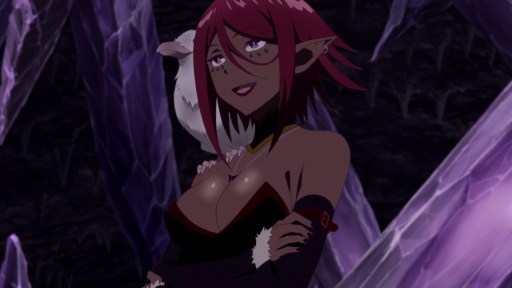 Well, turns out that there’s a demon at the Orcus Labyrinth named Cattleya, where she asked Kouki Amanogawa and his party to join the demon army.

Otherwise, Cattleya will send her minions to play, although some of them will have terrible CGI and you know the horror when Cattleya unleashes them!

Of course, Kouki Amanogawa won’t accept Cattleya’s offer as he and his party will continue the righteous path as heroes…

…all while eliminating monsters made with CGI. God, that awful CGI strikes again!

Also, here’s Suzu Taniguchi where she’ll use her barrier magic to protect her classmates. Well, I have to say that Suzu is doing something useful!

Too bad that her barrier couldn’t protect herself from these killer cats as they’re making a beeline towards Taniguchi.

And as you can see, Suzu got impaled and she’s gonna die soon if no one treated her wounds. Man, we need some help! 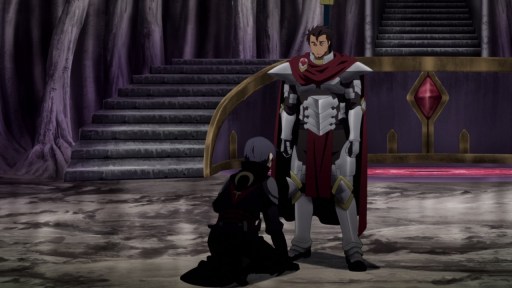 That’s where Kousuke Endou went back to the surface and ask Captain Meld Loggins and his fellow knights for help. Good call there Kousuke, but there’s a problem…

It appears that despite covering his presence, Endou got attracted by monsters in which Captain Meld and his knights will have no choice but to defeat them before rescuing Kousuke’s classmates.

Speaking of Kousuke’s classmates, one of them named Daisuke Hiyama told Kouki Amanogawa and his fellow classmates to join the demon army in order to save themselves.

Really Hiyama, why don’t you join Cattleya if you really wanna save your skin, instead of dragging your classmates to your ridiculous plan ’cause joining the demon army is not safe!

Meanwhile, here’s the knight commander as Meld Loggins told the heroes not to join the dark side, all while holding his ground as his body is covered in blood.

Man, I bet that he had a hard time killing monsters on his way to the Orcus Labyrinth. Also, I think his fellow knights got killed!

But speaking of Captain Meld, he got it worst as this monster stab him in the back. At this point, Kouki Amanogawa and his classmates will be dead if no one will save them. 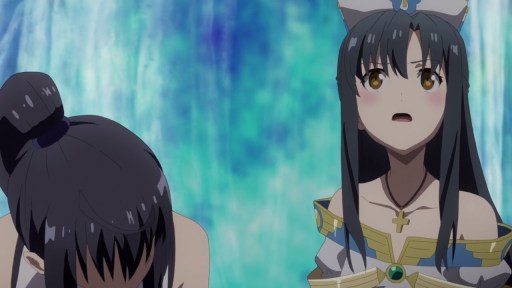 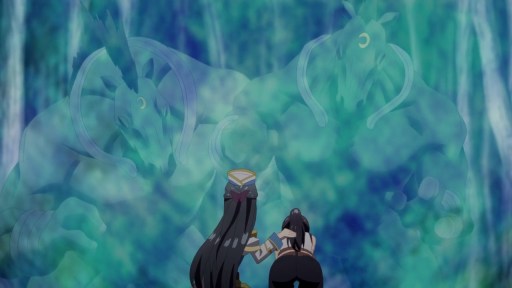 Unfortunately for Kaori and Shizuku, they might not survive because this barrier might not last long and they’re gonna get mauled by demons. 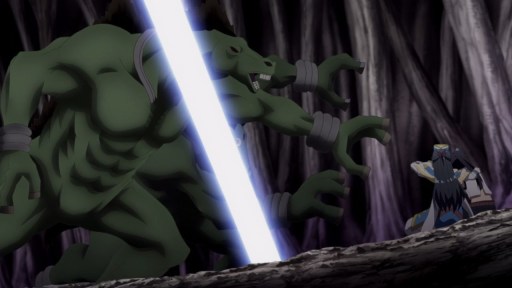 On second thought, it appears that these demons got killed by a large stake. Man, I wonder if that stake belongs to a certain mean-spirited adventurer? 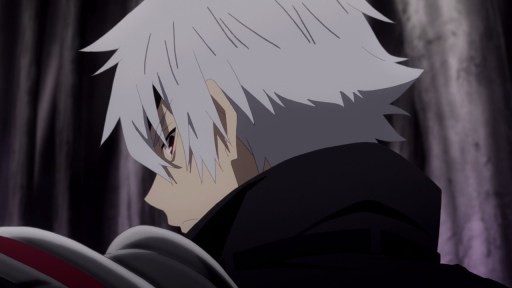 Well, that stake belongs to Hajime Nagumo as he’s finally reunited with the rest of his classmates, although Hajime felt disgusted upon meeting them. 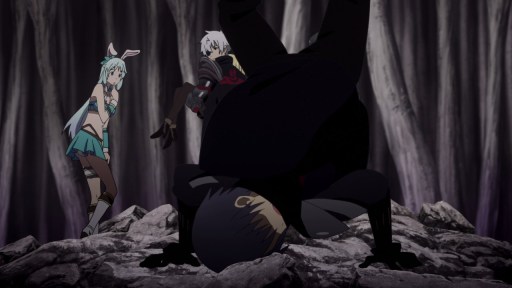 Also, Hajime brought his ragtag crew and Kousuke Endou where he told everyone that he finally found some reinforcements, although he still can’t believe that Hajime is alive after that accident from the first episode. 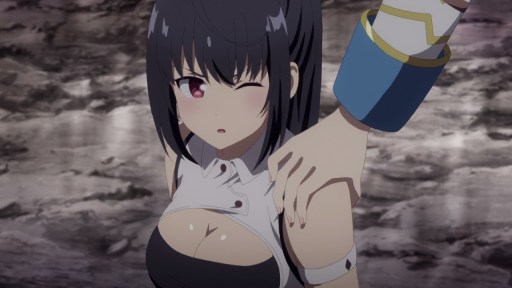 On the other hand, Shizuku Yaegashi is fine but her best friend is acting strangely for some reason.

You see, Kaori Shirasaki is happy that Hajime Nagumo is alive but at the same time, she’s angry that Hajime is being surrounded by girls!

In fact, Shirasaki’s true nature is revealed as she’s really jealous towards the likes of Yue, Shea Haulia, and Tio Clarce for getting close to Nagumo. Basically, she’s a yandere!

One last thing, here’s Daisuke Hiyama where he lashed out at Kousuke Endou because he can’t believe that Hajime Nagumo is still alive after sacrificing his life. Well in truth, someone accidentally shoot a fireball towards Nagumo in which he fell down to the Orcus Labyrinth.

Oh yeah and speaking of that accident, it turns out that it was actually Hiyama who tries to kill Nagumo via an accident. Too bad that Hajime survived and cleared the Orcus Labyrinth, but he won’t tell everyone about that. 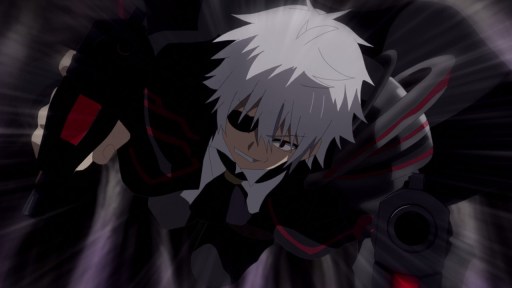 But now, it’s time to party as Hajime Nagumo proceeds to kill some demons with his two trusty revolvers!

And really, Cattleya’s minions are no match for Hajime and his party. At this point, there are no monsters to protect her from Nagumo’s wrath. 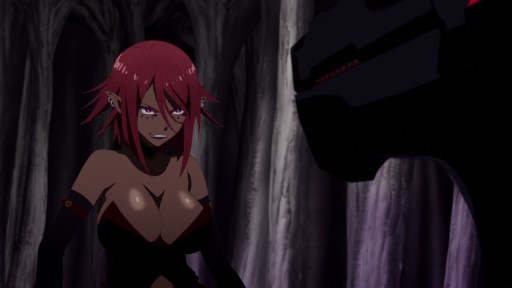 Speaking of Cattleya, she warned Hajime that her lover will eventually kill him. Of course, Nagumo doens’t care about what Cattleya say as he’ll blast her brains out!

And here’s the thing though, Hajime deduces that the reason why Cattleya went to the Orcus Labyrinth is because she wants to get her hands on ancient magic from the Mavericks or should I say the Liberators.

Unfortunately for Cattleya and Kouki Amanogawa’s party, there’s no point on reaching the end of the labyrinth because Hajime Nagumo managed to clear it and obtained Oscar Orcus’ ancient magic.

Also, he’s gonna kill Cattleya without any mercy because Hajime doesn’t care what his enemy thinks, as long as he cleasr all the labyrinths and get back to the real world!

On the other hand, Kouki Amanogawa tries to stop Hajime Nagumo from murdering Cattleya. But just like Yukitoshi Shimizu, he proceeds to murder the demon anyway ’cause who knows when will Cattleya strikes back. After all, this demon is not trustworthy! 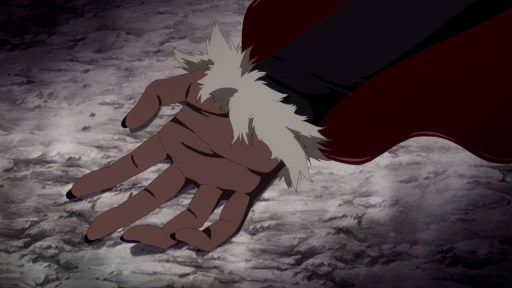 And so, Cattleya got killed at the hands of Hajime Nagumo, thus Kouki Amanogawa’s party are finally saved from certain death. 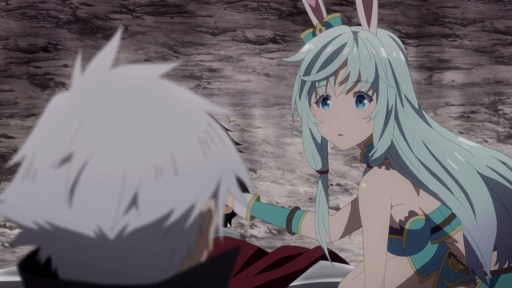 Well, not quite because his party needs to heal his classmates and Captain Meld Loggins. So, Hajime orders Shea Haulia to heal Captani Meld’s wounds so that he’ll live to tell the tale.

But despite saving his classmates, Kouki Amanogawa doesn’t agree to Hajime Nagumo’s actions where he found it brutal.

Really Kouki, you’re so naive to think that Hajime will act cruelly towards his enemies, when in fact that you did nothing to protect him! 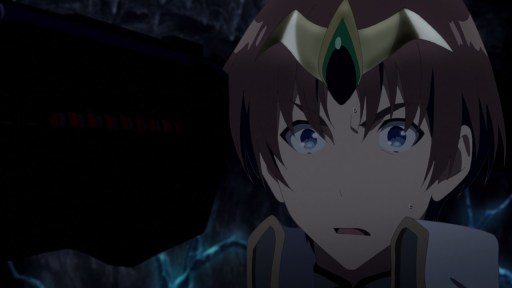 And speaking of Hajime Nagumo, he still resents his classmates, especially Kouki Amanogawa and those bullies like Daisuke Hiyama, that he’ll rather kill them on the spot.

In short, Hajime Nagumo came to laugh at them for being so weak! Well, except for Kaori Shirasaki and a few people who are nice to him. 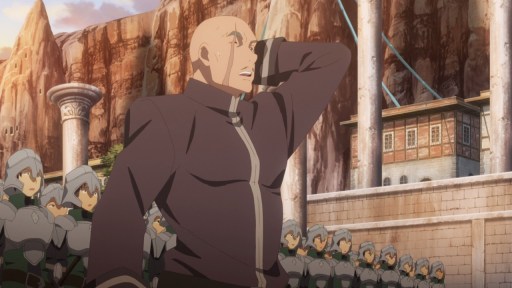 Meanwhile, Loa Bawavis and his men are about to enter the Orcus Labyrinth and rescue Kouki Amanogawa and his party. Sadly, they don’t need to sacrifice their lives to save those teens.

That’s because Hajime Nagumo and his party have managed to get them out from harm’s way. Way to go, Nagumo! 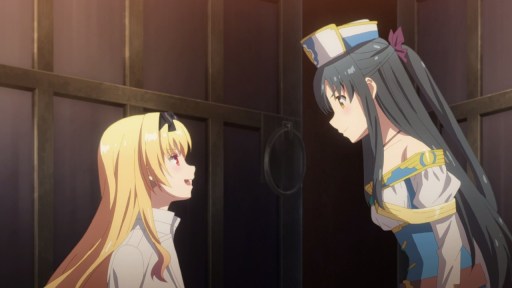 On the other hand, it appears that Kaori Shirasaki is planning to join Hajime Nagumo’s party because she doesn’t wany anyone hogging him.

Of course, Yue won’t let Kaori have Hajime because she already- Oh wait, we’re not gonna tell Shirasaki about that time where Nagumo and Yue stayed at the Maverick’s Lair.

You know what, Kaori Shirasaki will figure it out eventually but then again, I smell a rivalry between Kaori and Yue that the likes of Shea and Tio will have to hide from a safe distance.

Oh yeah, and they have to protect Myu from their wrath because they’ll show no mercy when it comes to gaining Hajime’s affection. Come to think of it though, what Shirasaki sees Nagumo in the first place before being transported to another world?

Anyways, it’s time for Hajime Nagumo and his party to depart as they’ll find another labyrinth to conquer. Of course, Kaori Shirasaki will join Hajime’s party because she doesn’t want to miss out… 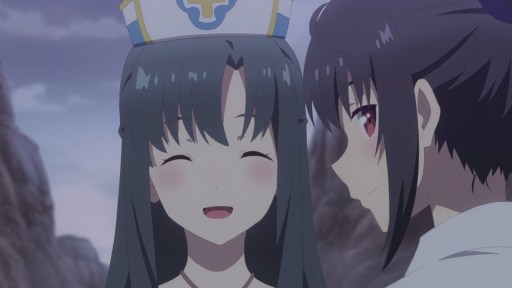 And so, she said farewell to her classmates as she joins Nagumo on his quest to obtain ancient magic from the Liberators and find a way to return home.

Meanwhile, here’s Daisuke Hiyama where he still can’t believe that Hajime Nagumo is alive, even after accidentally shooting a fireball at him.

Well, I have to say that it’s his fault that he didn’t check to see is Nagumo is actually dead. If I was Hiyama, I would tell Captain Meld that I’ll volunteer on finding Nagumo and actually kill him just to make sure. But alas, Daisuke Hiyama is one goddamn idiot and I’m sure that he’ll pay the price when Hajime Nagumo kills him!

But that’s about it for Arifureta Shokugyou de Sekai Saikyou and man, I’ve finally managed to finish this godawful-looking anime show!

Sure that the story has some potential to be good, but thanks to the author’s selfish demands and Asread’s incompetence, Arifureta went shit after the first 5 episodes. Scratch that, Arifureta got a horrible start. It would be better if WHITE FOX stepped in to help Asread when it comes to animation quality as well as the pacing of the story, but the damage has been done!

Now, I don’t expect this show to have another season because the anime adaptation sucks. But out of nowhere, Arifureta Shokugyou de Sekai Saikyou will not only have 2 OVA episodes but also another season. Still, I have some doubts on whether the second season will be better than the first or it got worst. But anyways, I’m done watching this show and if I were you, find an anime series that’s far more enjoyable than this!