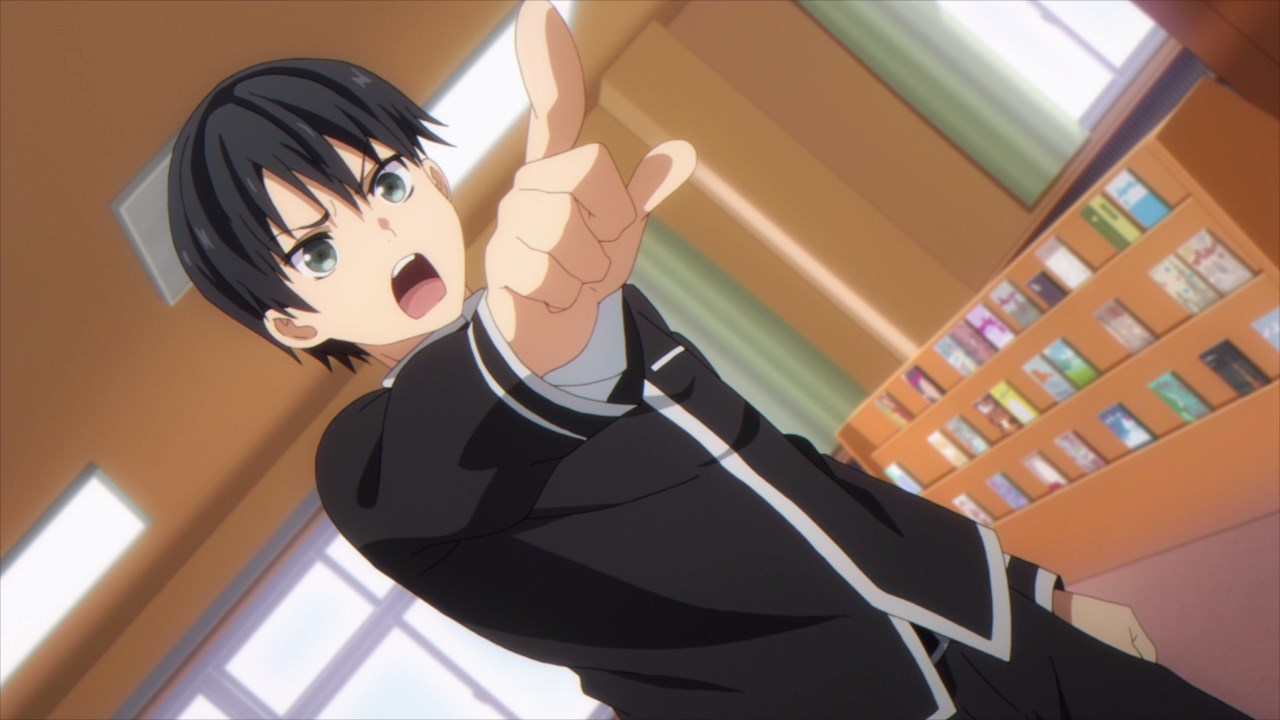 Well then, looks like Amatsuyu “Joro” Kisaragi cuts to the chase and told everyone that they suck. I mean, Joro worked his ass off to hook both Aoi “Himawari” Hinata and Sakura “Cosmos” Akino towards Taiyo “Sun-chan” Oga, but then they accused Joro for lying that they gave up on dating Sun-chan and instead they pour their support on hooking him with Sumireko “Pansy” Sanshokuin.

Yeah, this is one messed-up story that Joro had enough of this bullshit and call them out, all while acting like a smug! 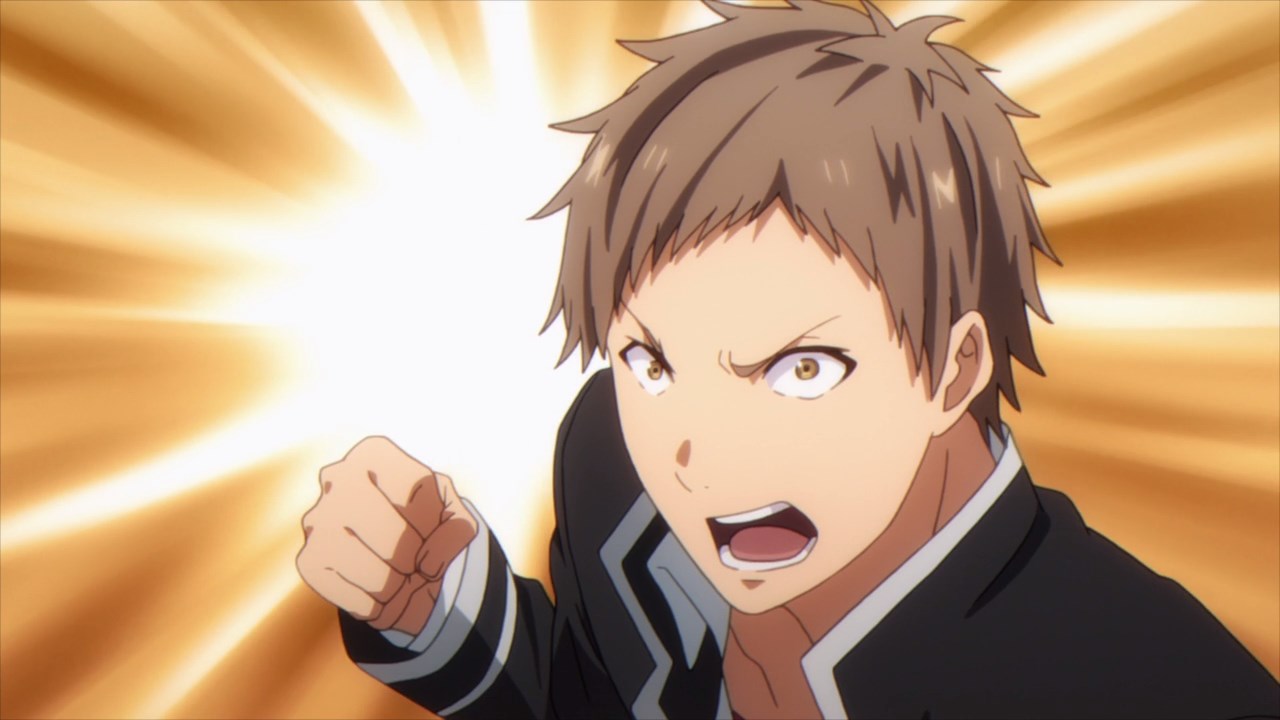 But for Taiyo “Sun-chan” Oga, he disagrees as Sun-chan is about to punch Amatsuyu “Joro” Kisaragi for his bullshit becuase he’s in the wrong. 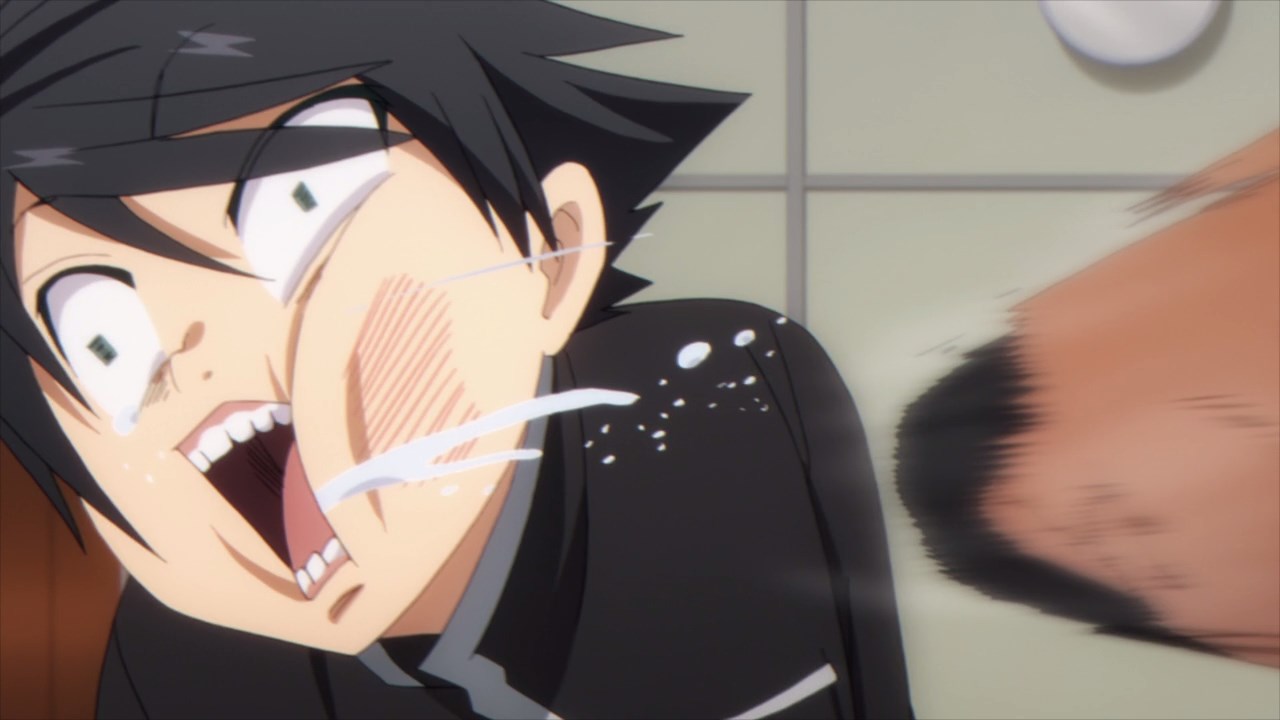 Anyways, Joro got the receiving end of Sun-chan’s punch and man, that’s gotta hurt not just his face but also his pride! 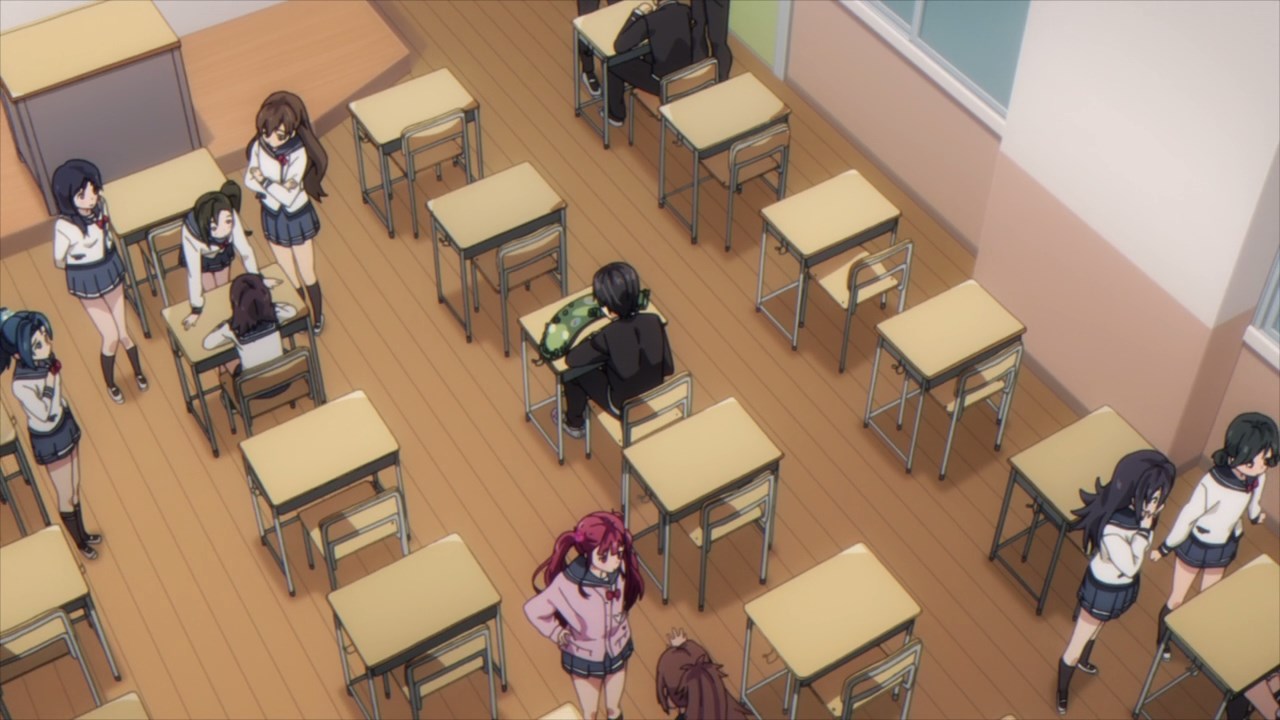 Oh and it gets worse for Joro as he got singled-out by everyone. Heck, they go as far as messing up his locker and his desk that it’s straight-up bullying. Man, I feel bad towards Kisaragi right now! 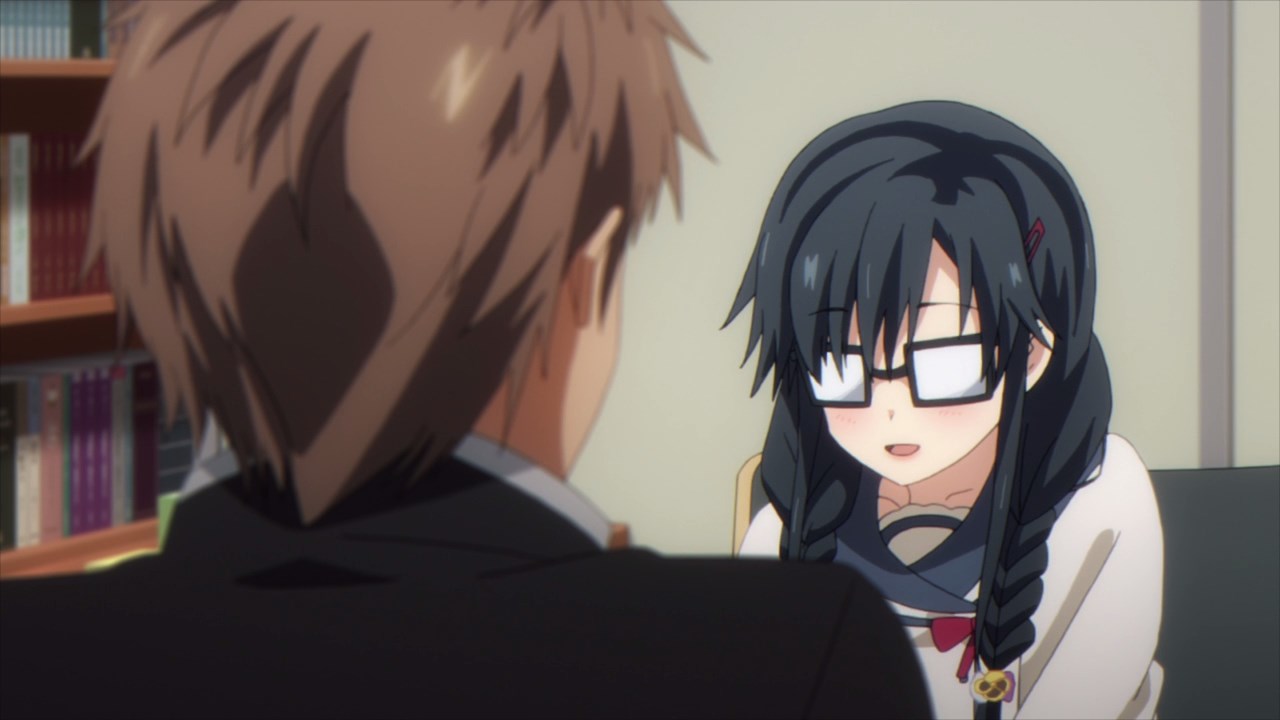 On the other hand, here’s Sumireko “Pansy” Sanshokuin where she casually asked Sun-chan if that event from the previous day was a ploy to destroy Joro’s reputation. 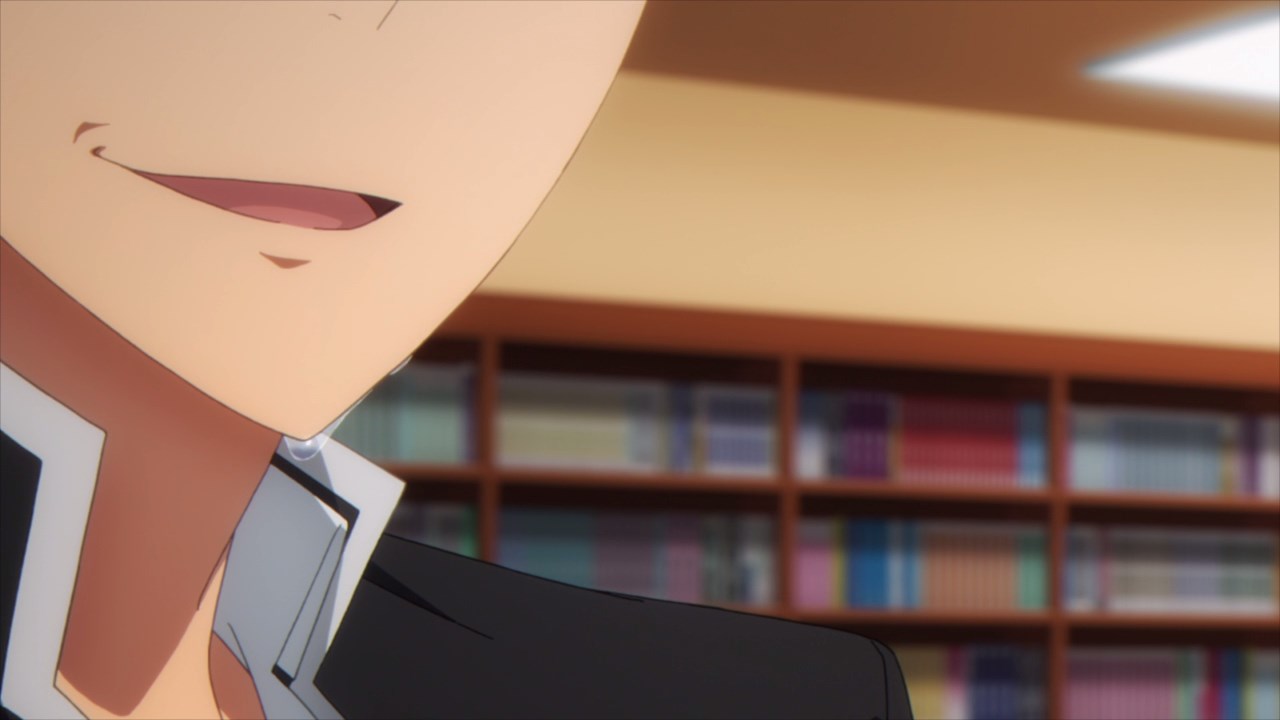 Oh yeah and speaking of Taiyo Oga, he’s sweating profusely as Sun-chan can’t back out on Pansy’s question. Man, I’m sure that he can’t lie to Pansy because she can see everything! 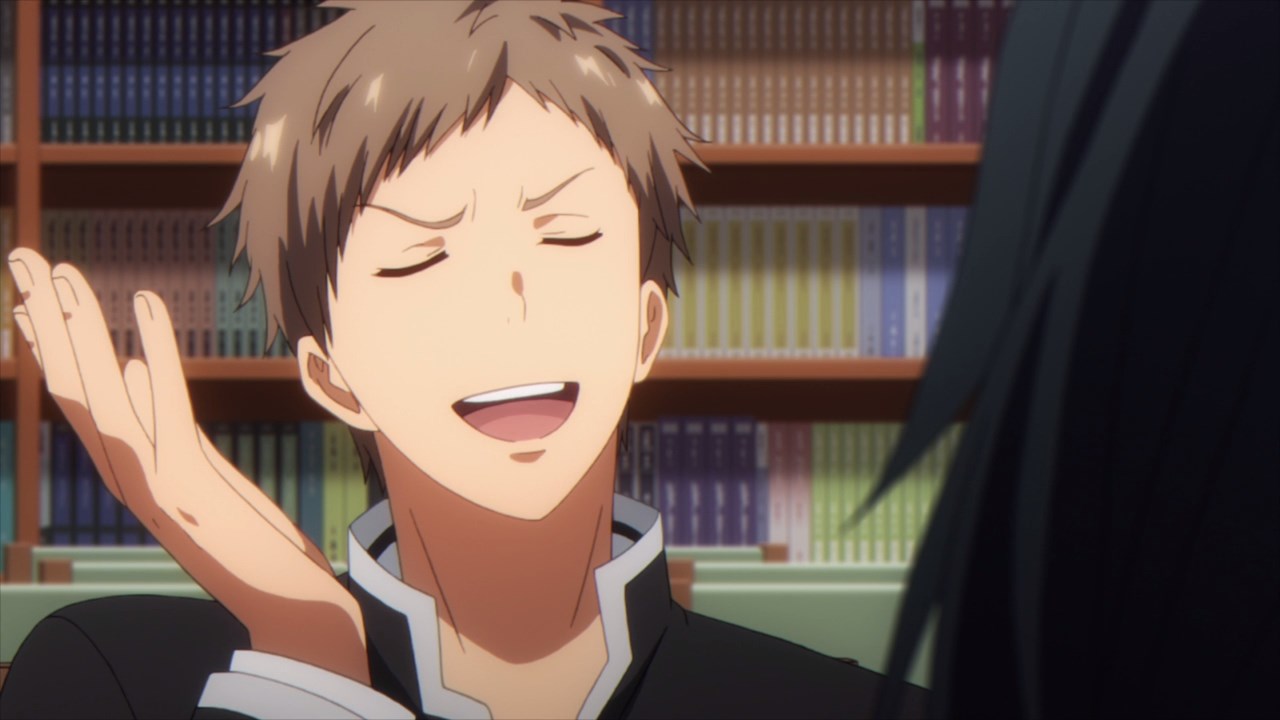 But anyways, the cat is out of the bag as Sun-chan admits that he lead his best friend Amatsuyu Kisaragi to a trap and destroy his reputation, using both Aoi Hinata and Sakura Akino as he used their feelings for him to crush their trust on Joro.

And the reason why Sun-chan did that to Joro is because Oga wanted revenge when Kisaragi stole a girl that he had a crush with back in middle school. That girl was Sumireko Sanshokuin, and Sun-chan was pissed that he’ll do anything to ruin Joro’s life! 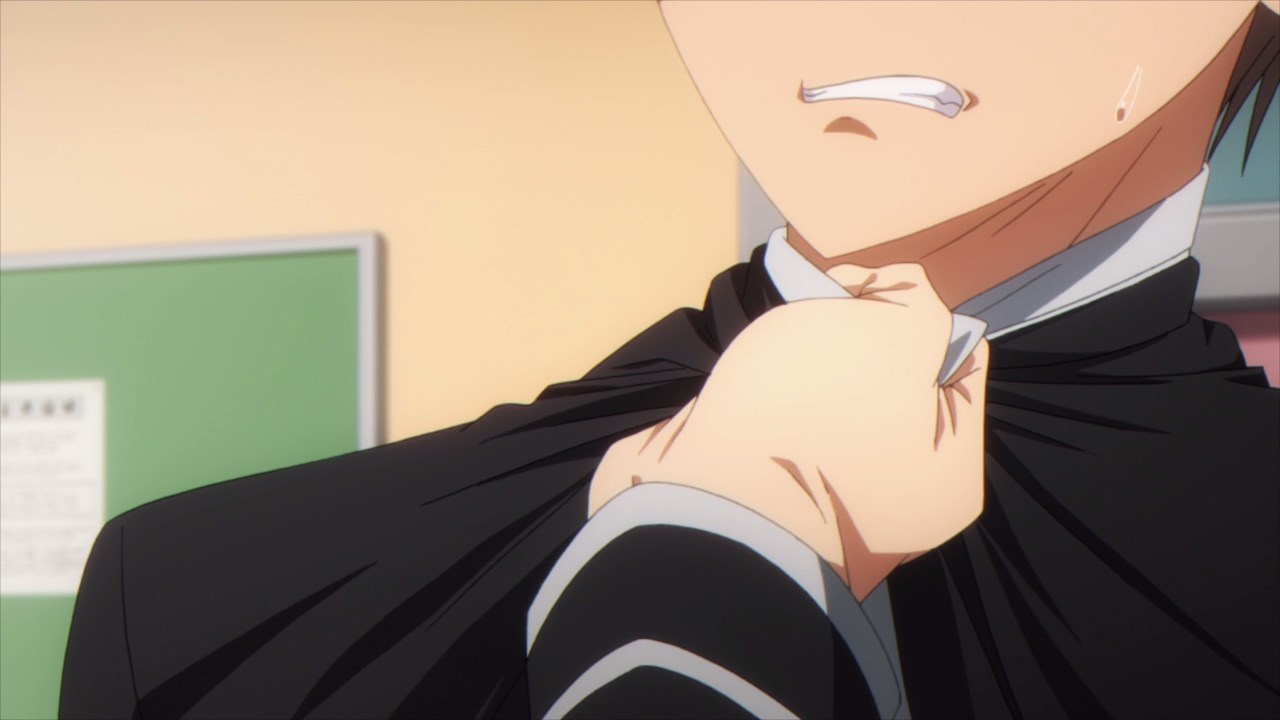 Unfortunately, Sun-chan is about to get pummeled by a certain guy after spilling the beans! 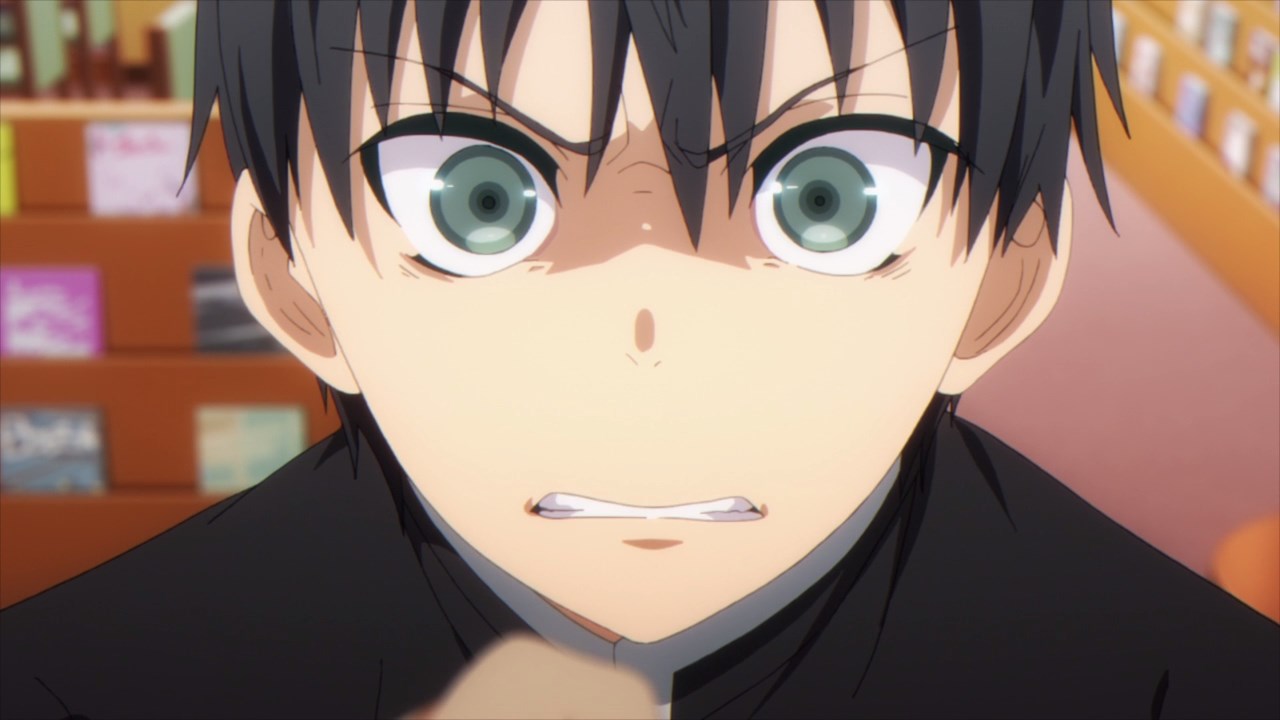 Rather, it’s Amatsuyu “Joro” Kisaragi where he’s about to smack talk on Taiyo “Sun-chan” Oga that he shouldn’t mock their genuine feelings for him. After all, both Himawari and Cosmos are really in love with Sun-chan! 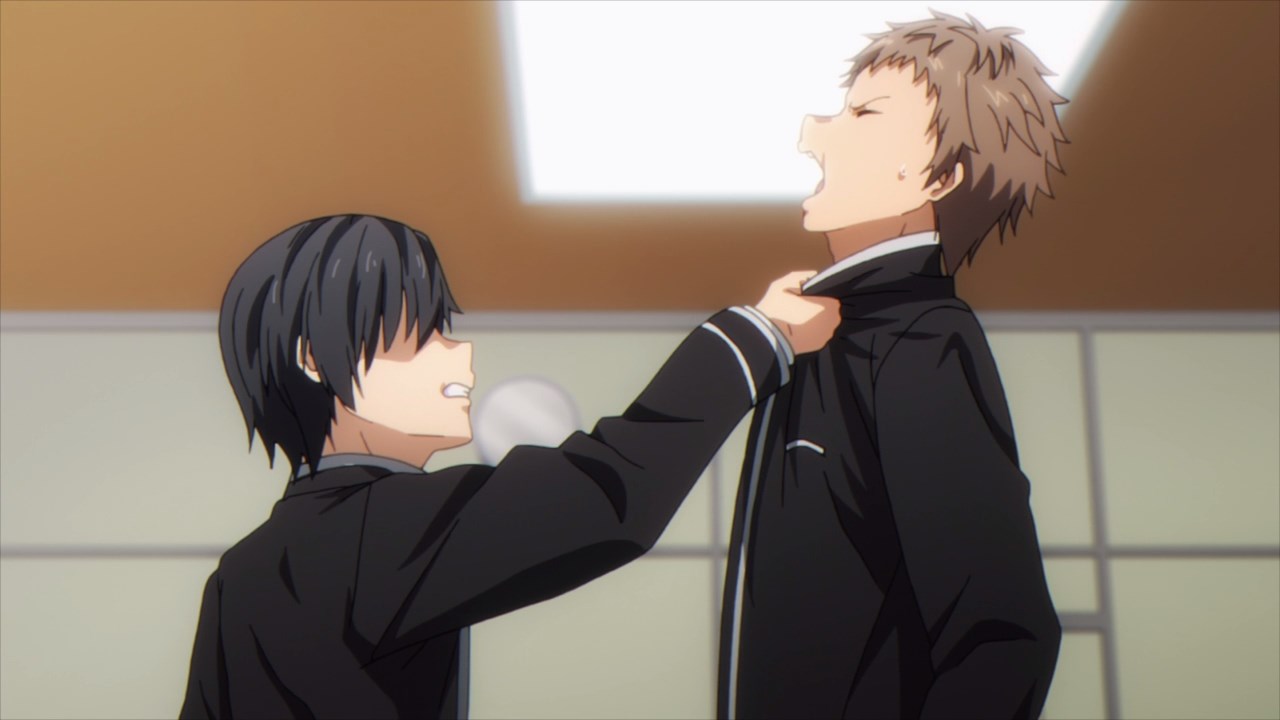 In any case, Sun-chan apologize to Joro, Himawari, and Cosmos for his actions. Of course, Sun-chan won’t admit his loss because he doesn’t want to be upstaged by his best friend. 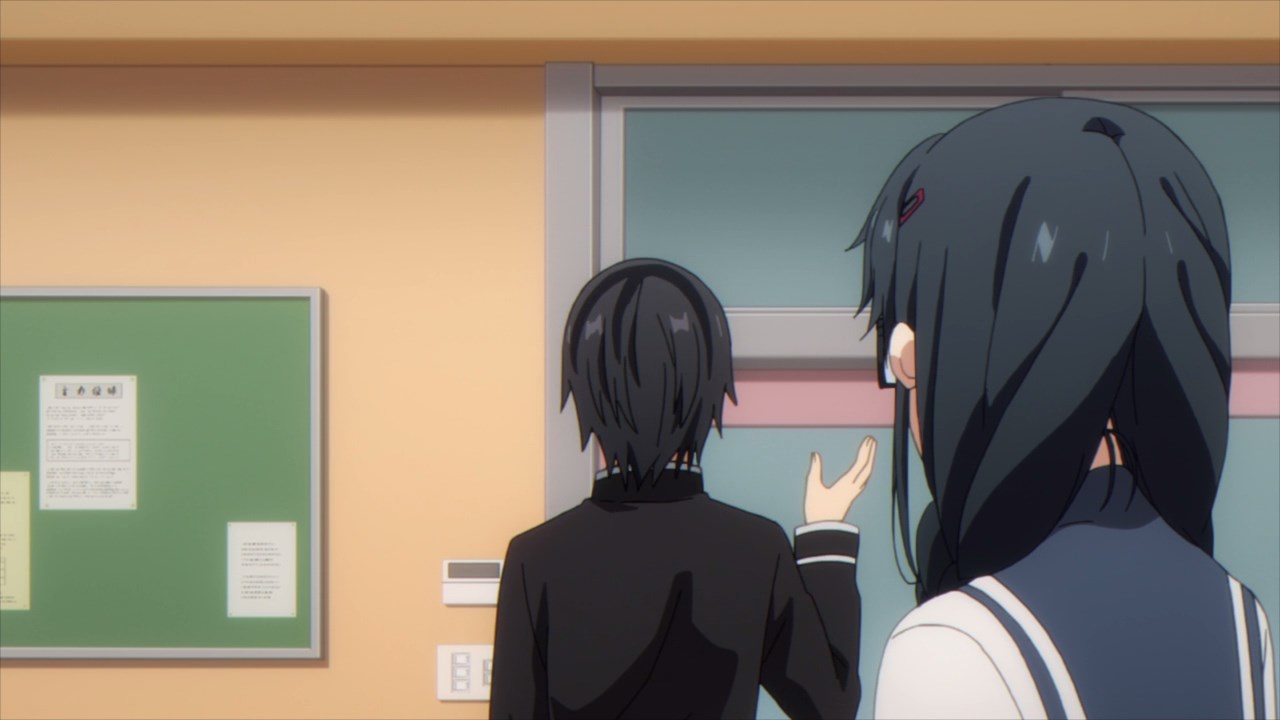 Afterwards, Joro left the library as he won’t coming back. Man, that’s unfortunate because Pansy saved his ass by exposing Sun-chan’s ulterior motives. 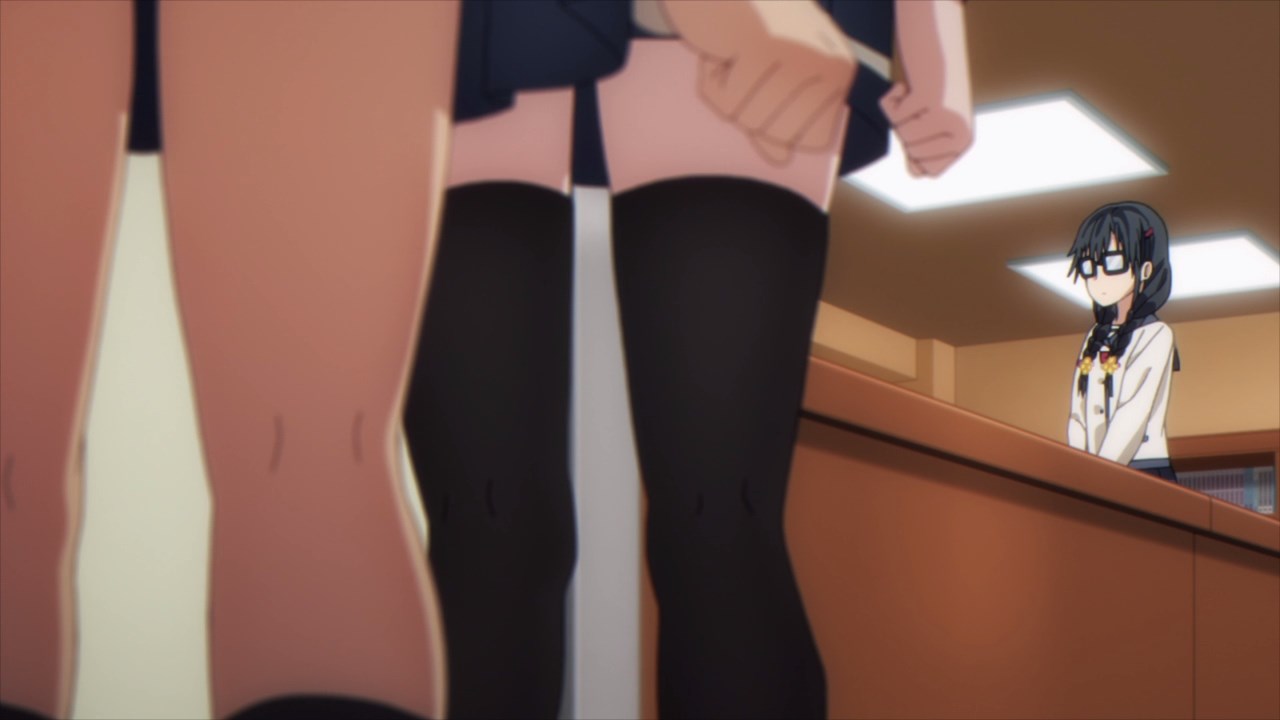 On the other hand though, it appears that two girls are hiding over there once Joro went out.

Wait, did they heard about Sun-chan’s ploy to destroy Joro’s reputation? Also, I wanna know if these girls are both Cosmos and Himawari? 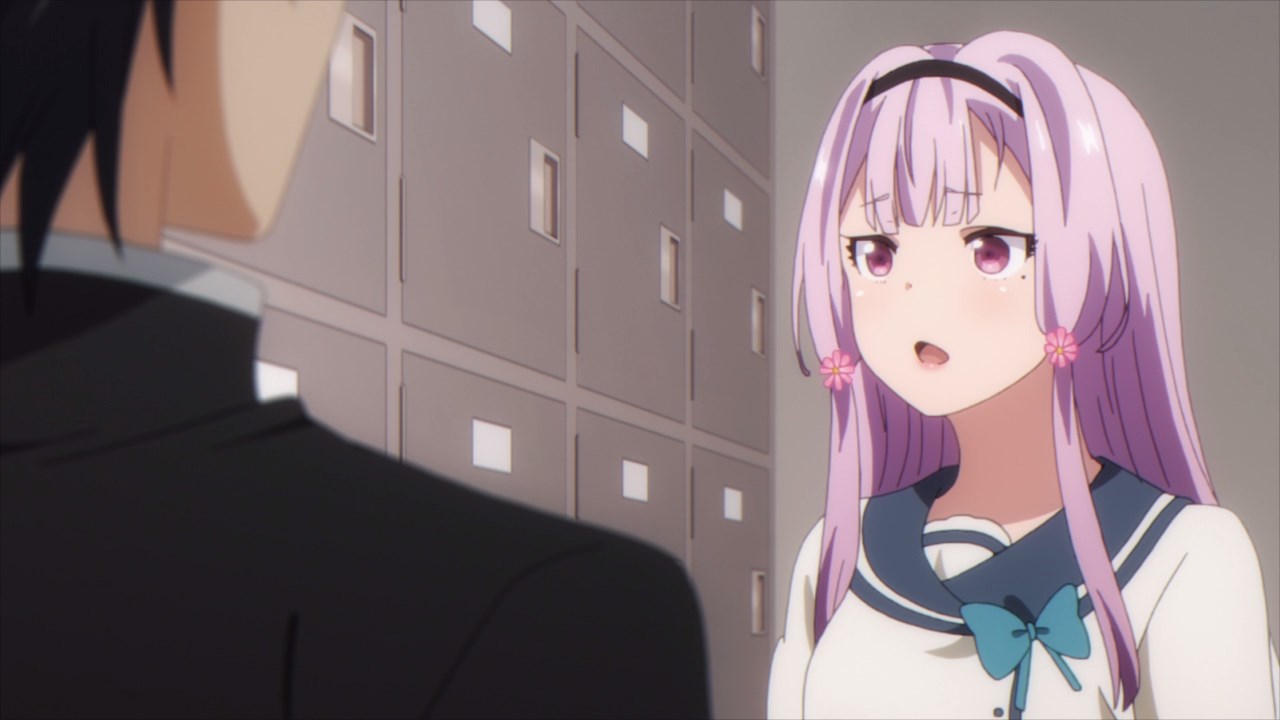 The next day, Joro encountered Cosmos at the locker area where she apologized for accusing him of lying. That’s great for Akino, but she sucked at telling her feelings straight away! 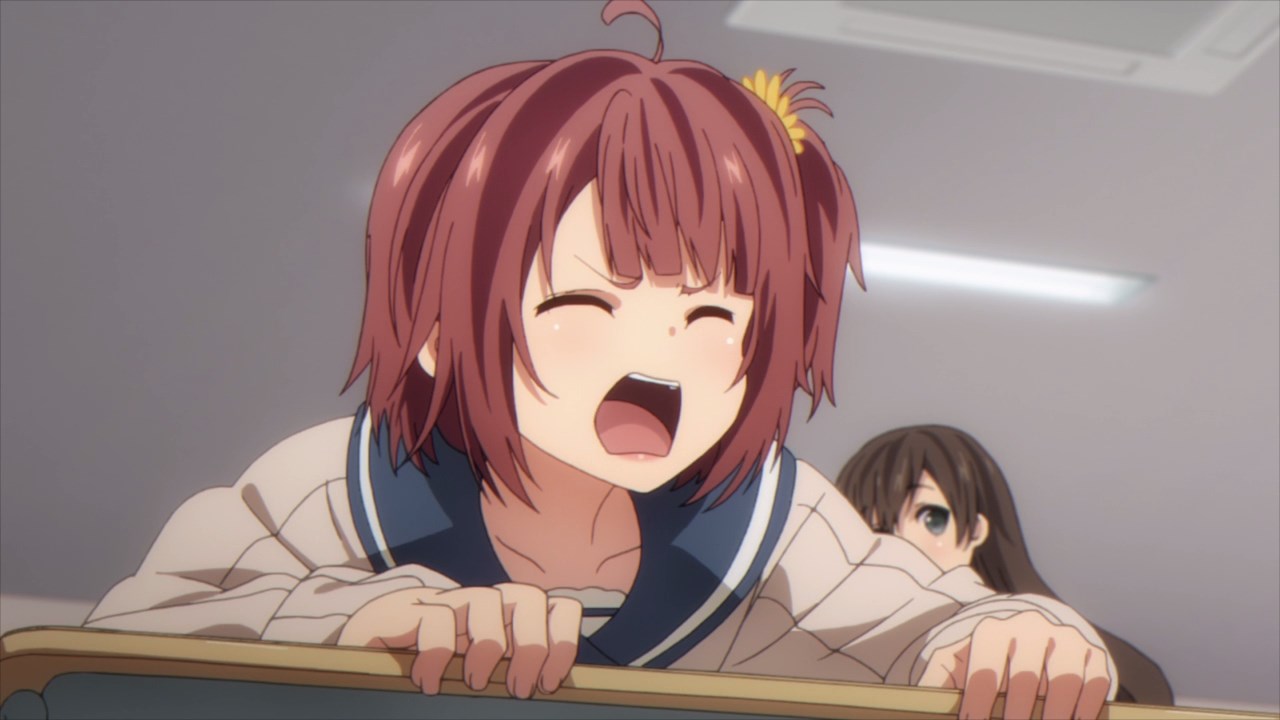 There’s also Himawari where she protected her childhood friend’s desk from sullying it, like making a golf course on top of it.

Man, I wonder who made that mini golf course on Joro’s desk anyway? Should that person write mean words like “You’re shit!” and “Go to hell, asshole!” that discourage him to go to school? 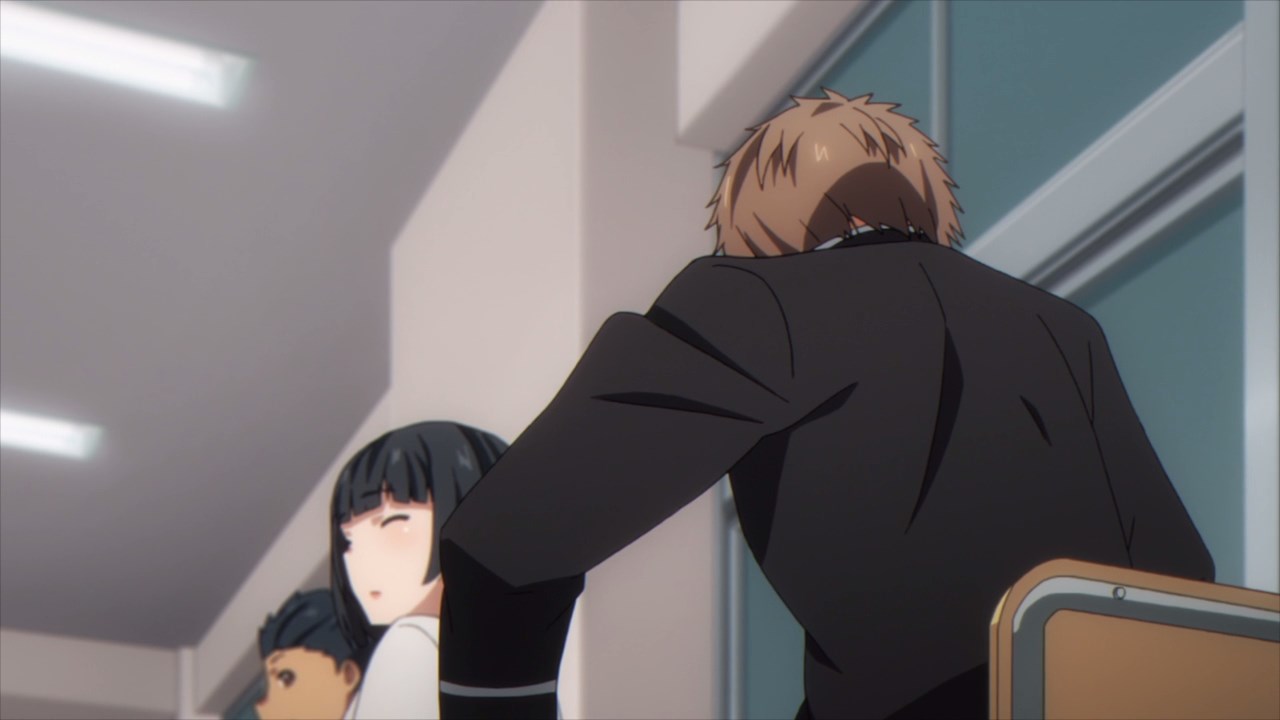 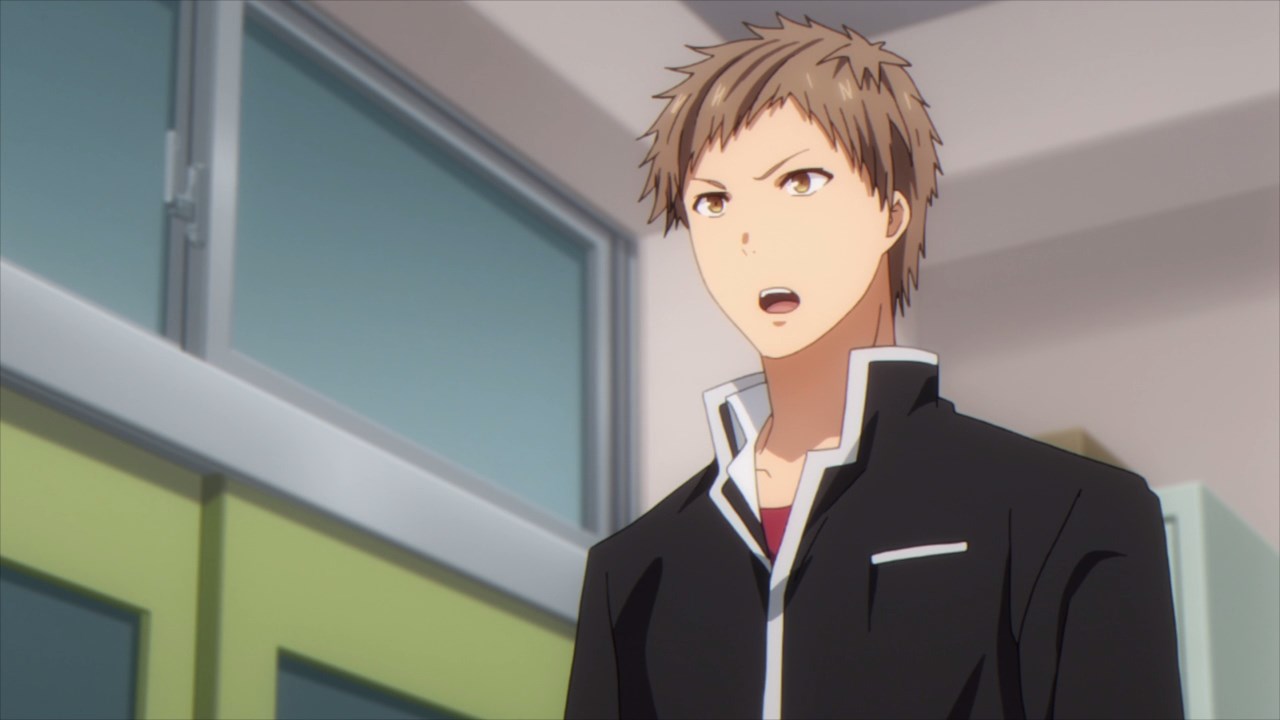 And lastly, here’s Taiyo “Sun-chan” Oga where he apologized to everyone for spreading bad rumors and destroying Amatsuyu “Joro” Kisaragi’s reputation. 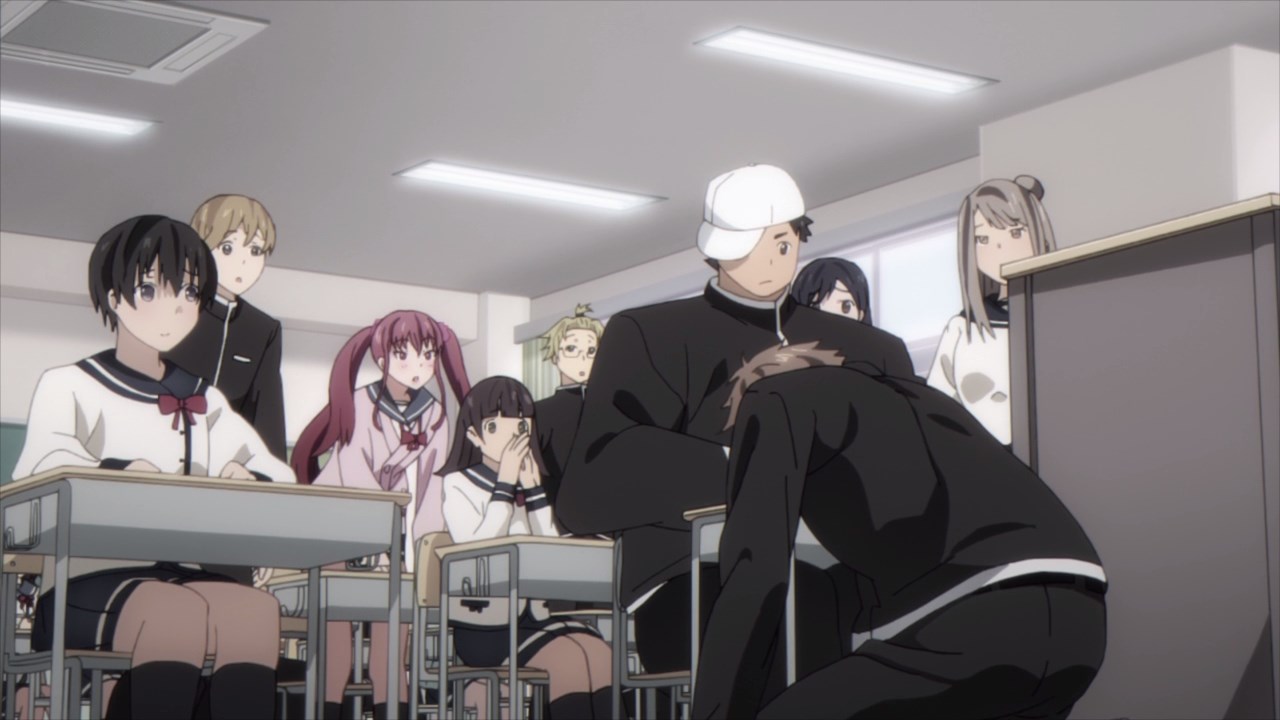 And sure that he used Himawari and Cosmos for his devious plan, Sun-chan take the blame to himself as he doesn’t want those two girls to be involved on this mess.

Even though he took the fall, it doesn’t mean that Taiyo Oga admits his loss yet. You know what, had Oga made it worse, Joro might start going to the netorare route towards every girl in the school! 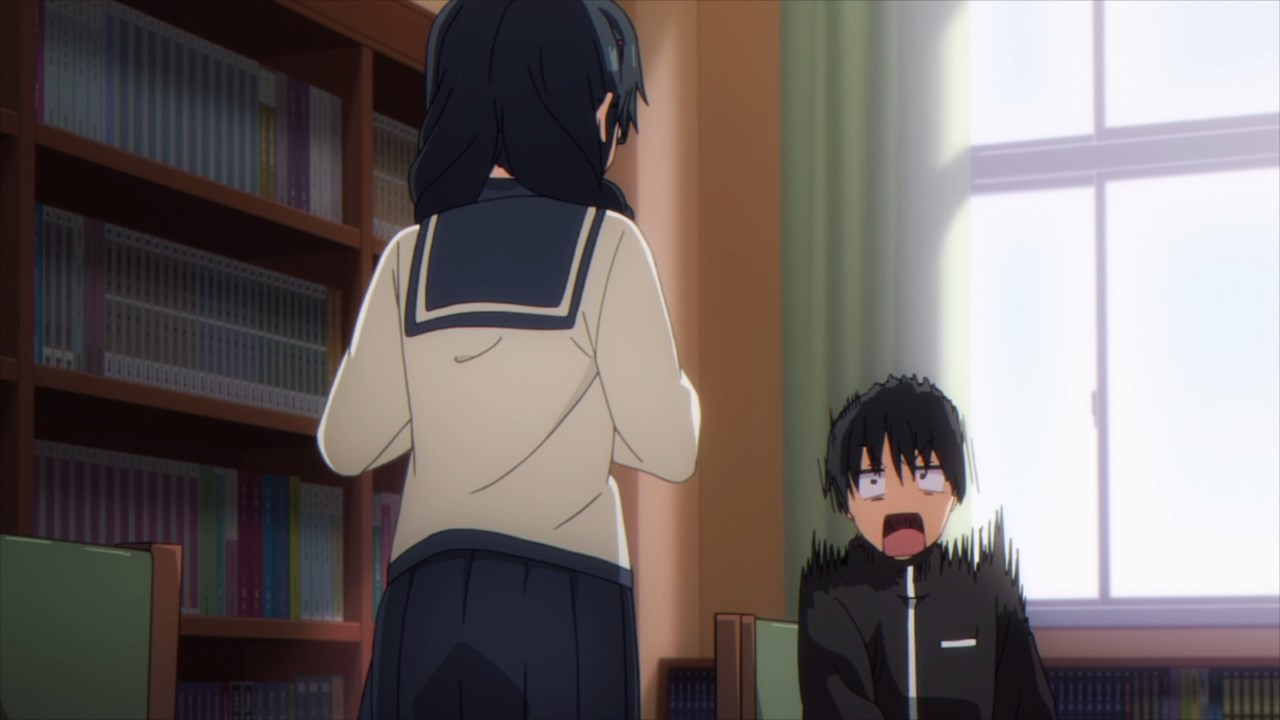 Speaking of Joro, it appears that he went to the library despite he told Pansy that he won’t return after this.

But alas, he didn’t stick to his vows and went anyway as Pansy is gonna show something that would shock Joro! By the way, I think Pansy should close the curtains.

Anyways, Sumireko “Pansy” Sanshokuin took out her ribbon and glasses which revealed her true beauty.

Dammit, Pansy is quite a looker not just with her face, but also her large tits! 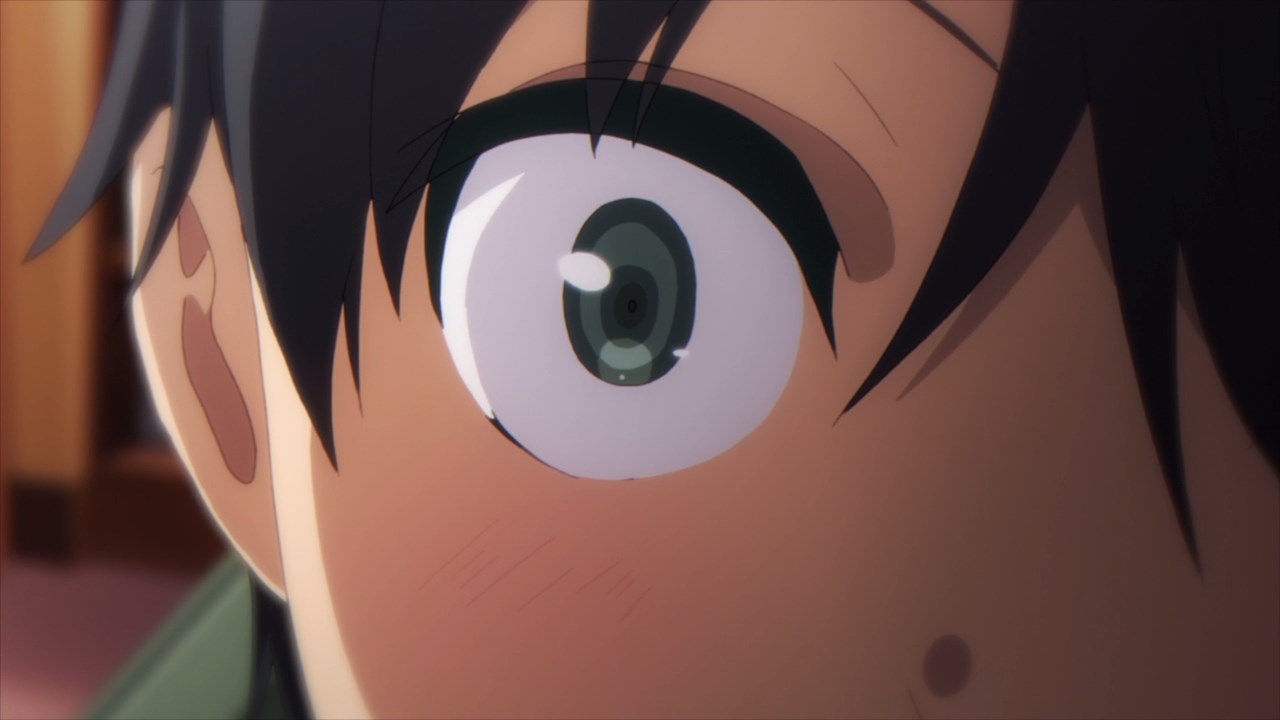 And when Pansy revealed her face, Joro realized that he met this girl before. Well you see, Joro met Pansy last year when Sun-chan and his baseball team lost the game.

In any case, it’s quite a shocker for Joro to meet Pansy once again, but he still can’t believe that she’s the one who fell in love with him. 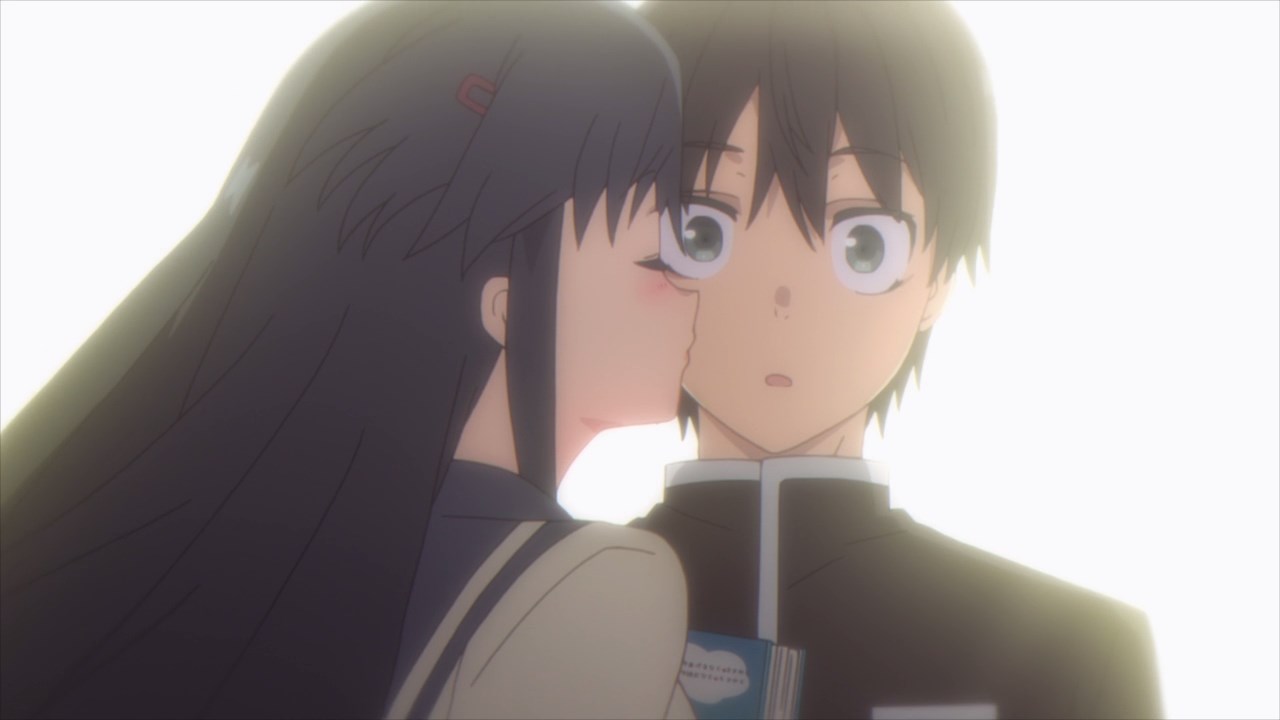 With that said, the next episode will be the start of a rocky intimate relationship between “Joro” Kisaragi and “Pansy” Sanshokuin. Man, I feel that I’m starting to get hooked on OreSuki!