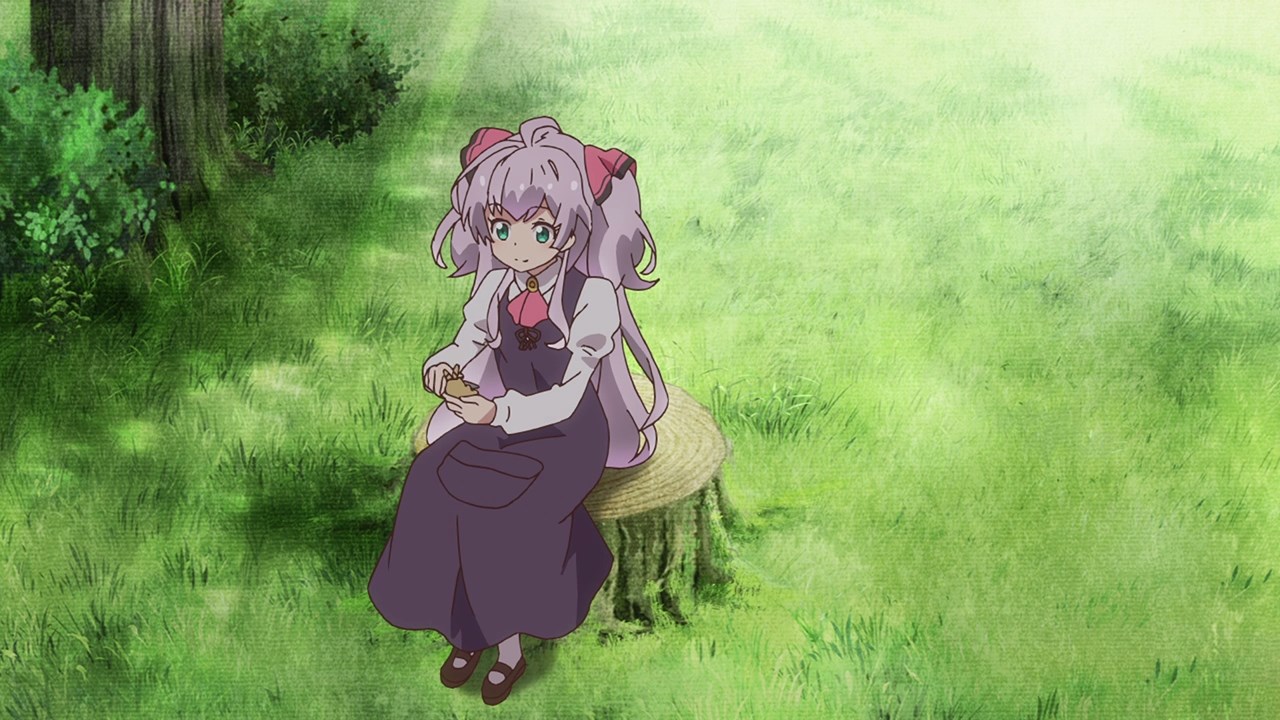 It’s been 6 months since Mile (or Adele von Ascham) enrolled at Hunters’ Prep School and while she’s still keeping a low profile, let’s just say that Mile is horrible at keeping her hidden powers.

Right now, Mile is making a Reina figure during her spare time. By the way, she won’t get sued by Goodsmile Company over her Nendoroid creation… because Misato Kurihara is already dead in the real world. 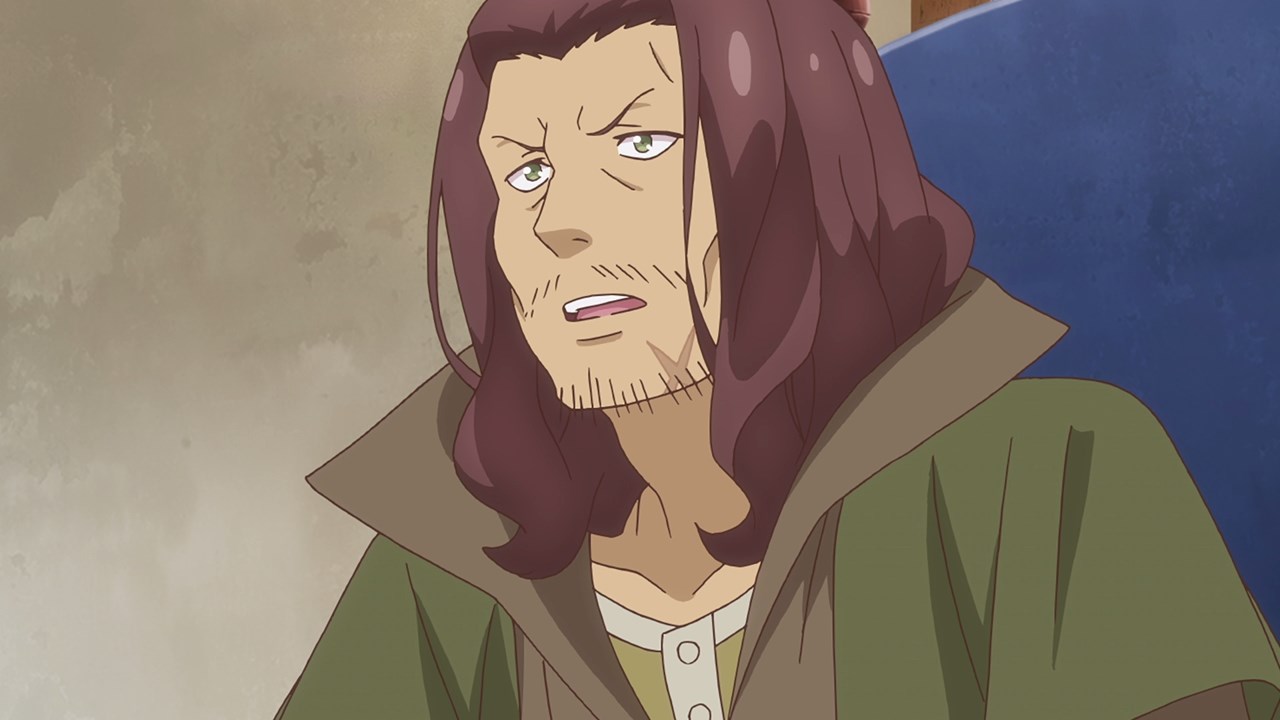 Now then, let’s move onto the main story as the principal asked Mile and her friends to participate in the graduation certification mock battle… and win.

Man, this is one hell of a mission to take as the mock battle has the strongest hunters, usually from C to B-Rank. Oh, and should they lose the battle, the Hunters’ Prep School will be closed down which would sting other aspirants who wanted to become hunters. 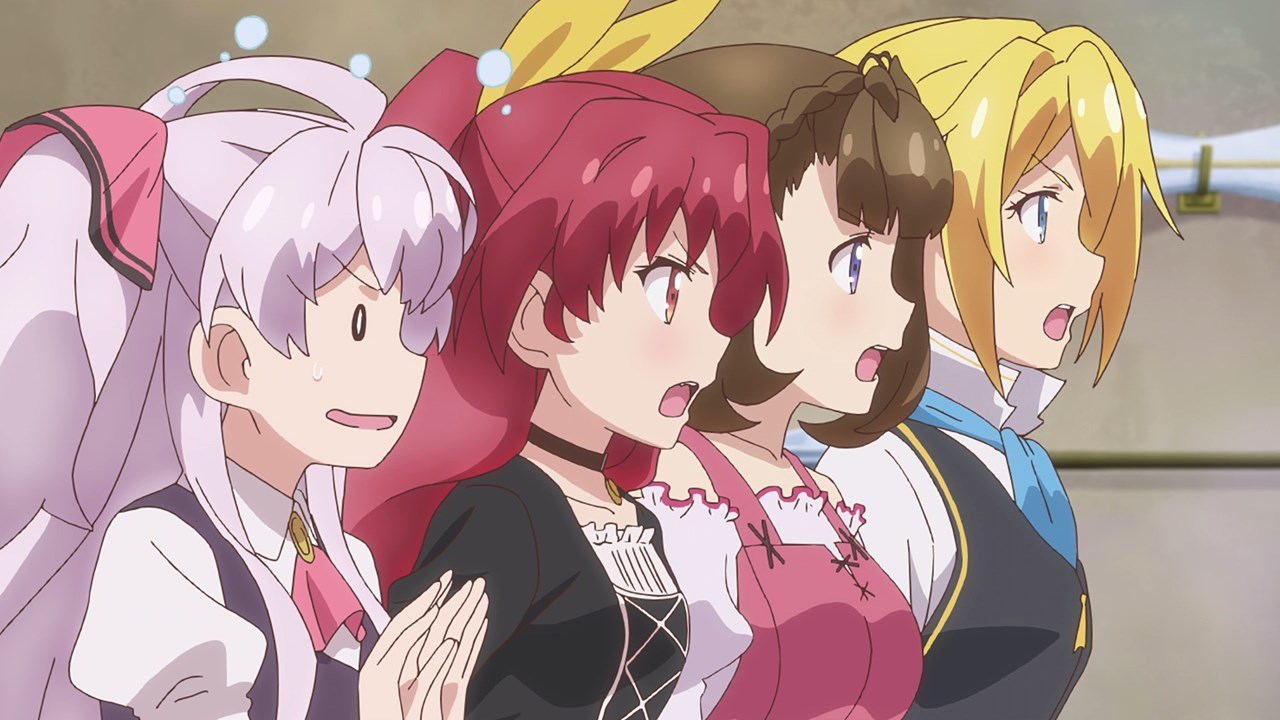 So, Mile’s friends agreed to participate and they’ll guarantee total victory during the mock battle, much to her surprise and horror as she doesn’t want to stand out much!

Still, I wonder who come up an idea of closing the Hunters’ Prep School in the first place? 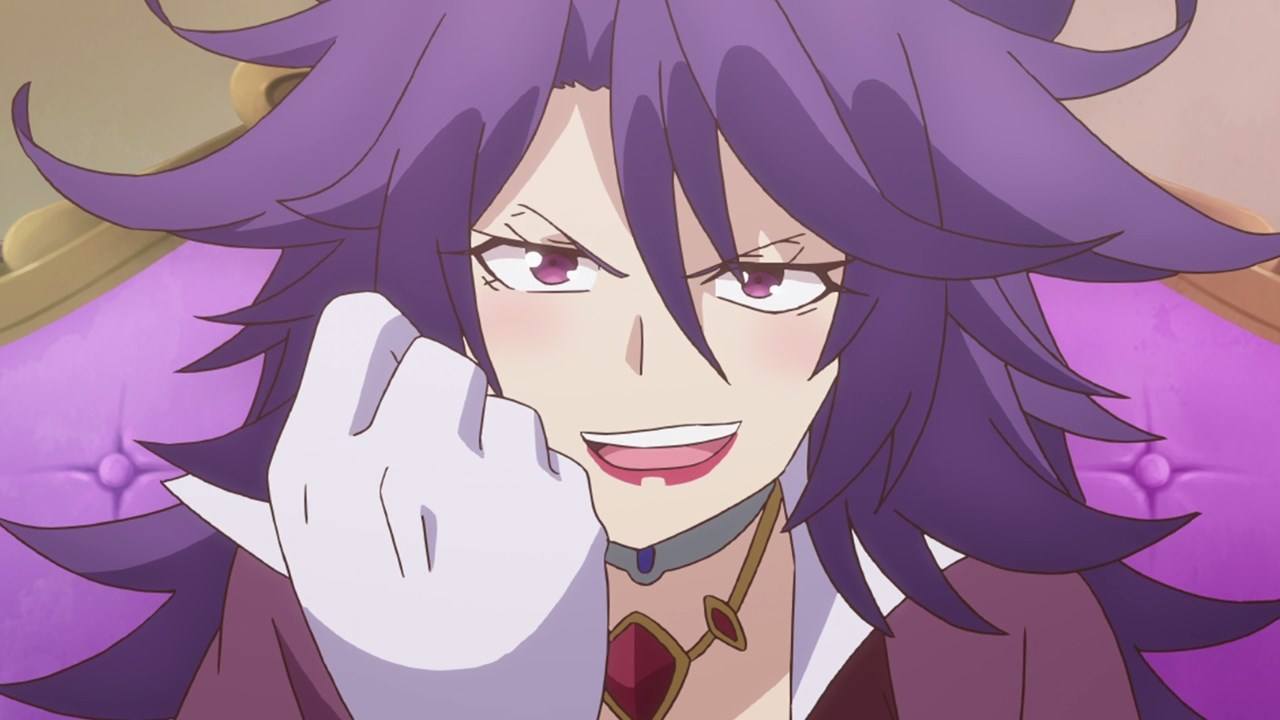 Well, this female noble right here as she wants to shut down the Hunters’ Prep School so she can have a harem full of little girls.

By the way, Mile encountered this character before as she’s the one who kidnap children. While Mile managed to defeat this minor villain, I can’t believe that she got out scot-free! 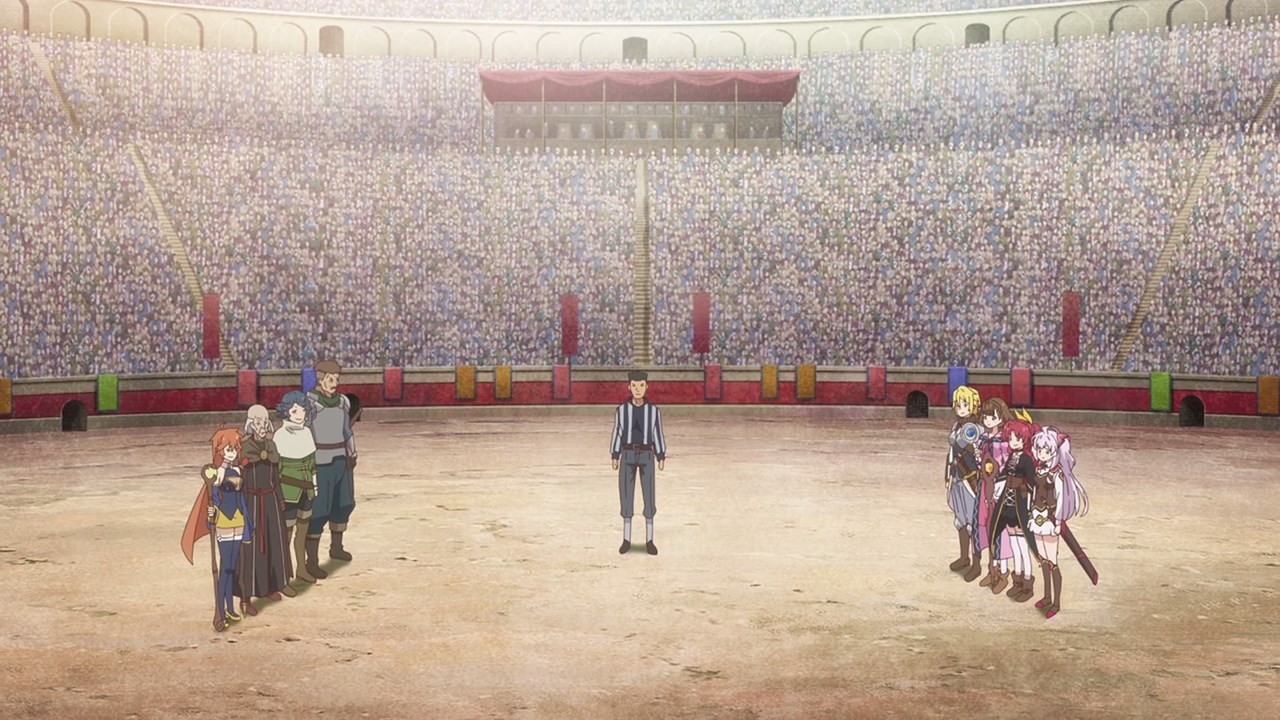 In any case, I think it’s time for Mile and her friends to win the mock battle and save their school. Oh yeah, they’ll be fighting against these B-Rank Hunters who are allies with that pedophile noble from earlier. 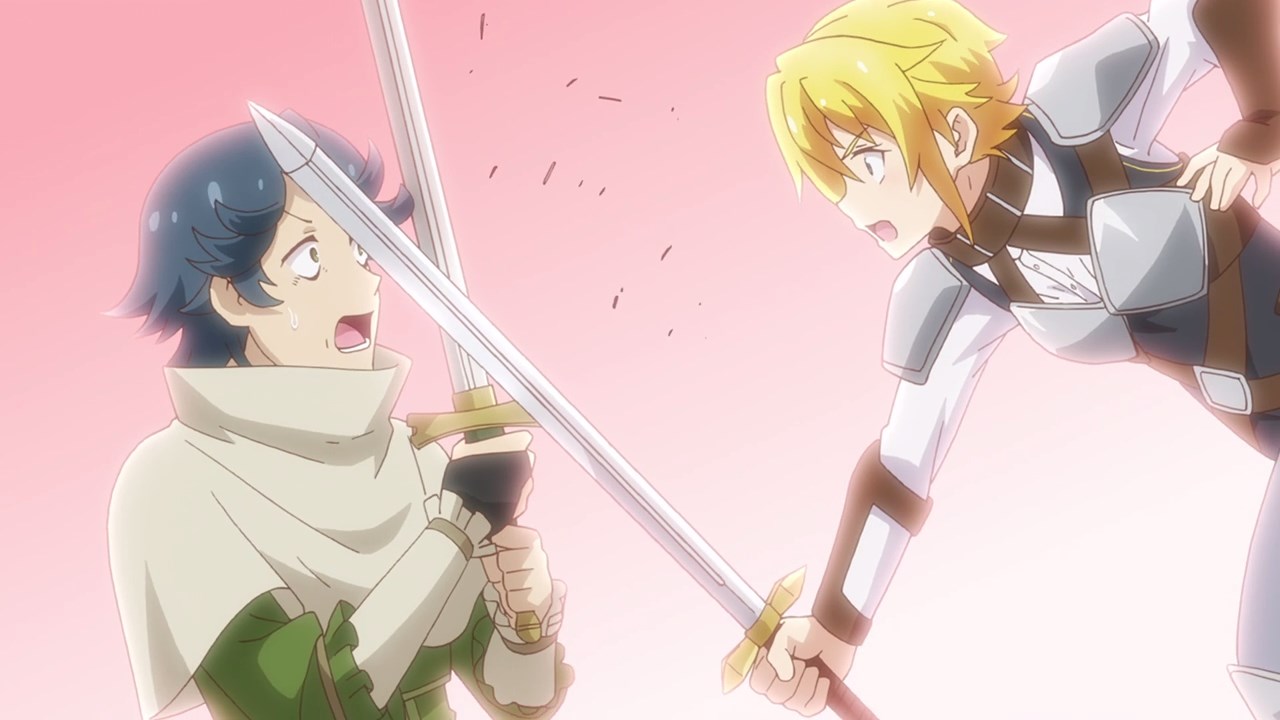 Now then, let’s start things off with Mavis von Austien where she quickly made her first move against this warrior. Heck, even this guy is surprised that she can move faster than he is. 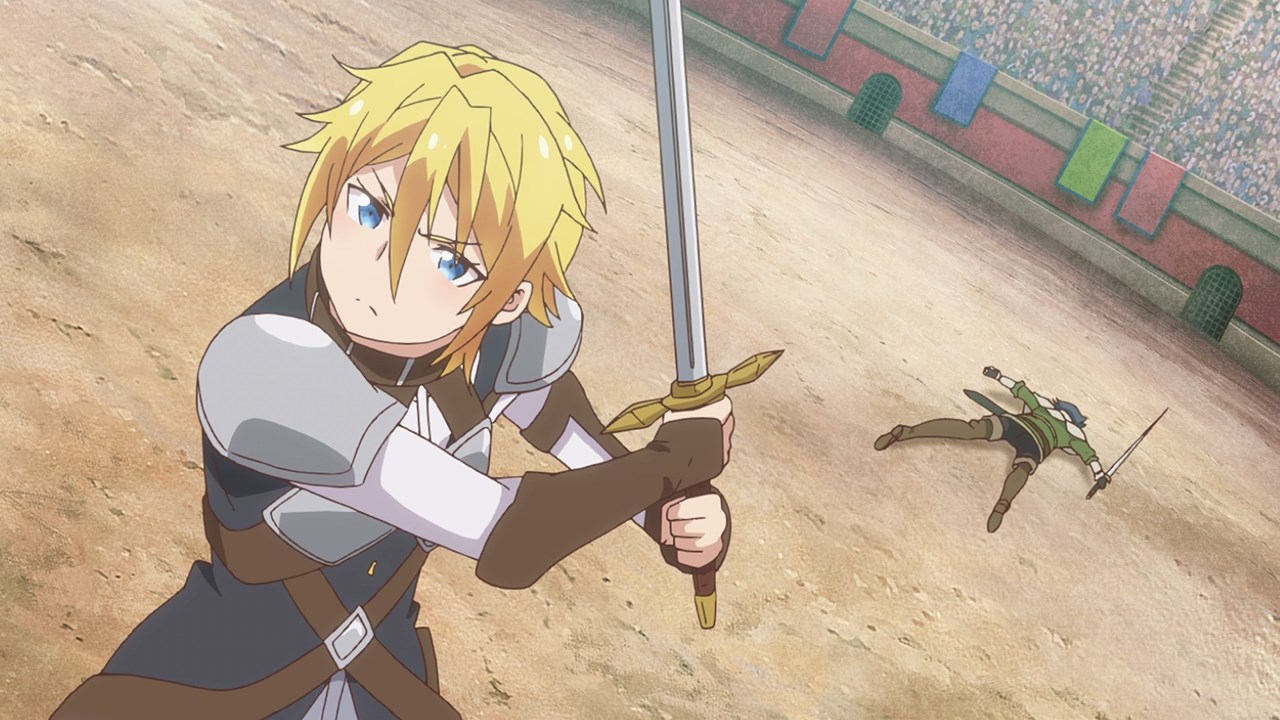 Eventually, Mavis defeats her opponent in less than a minute. And here’s the thing though as her speed and combat abilities have improved thanks to Mile’s training. 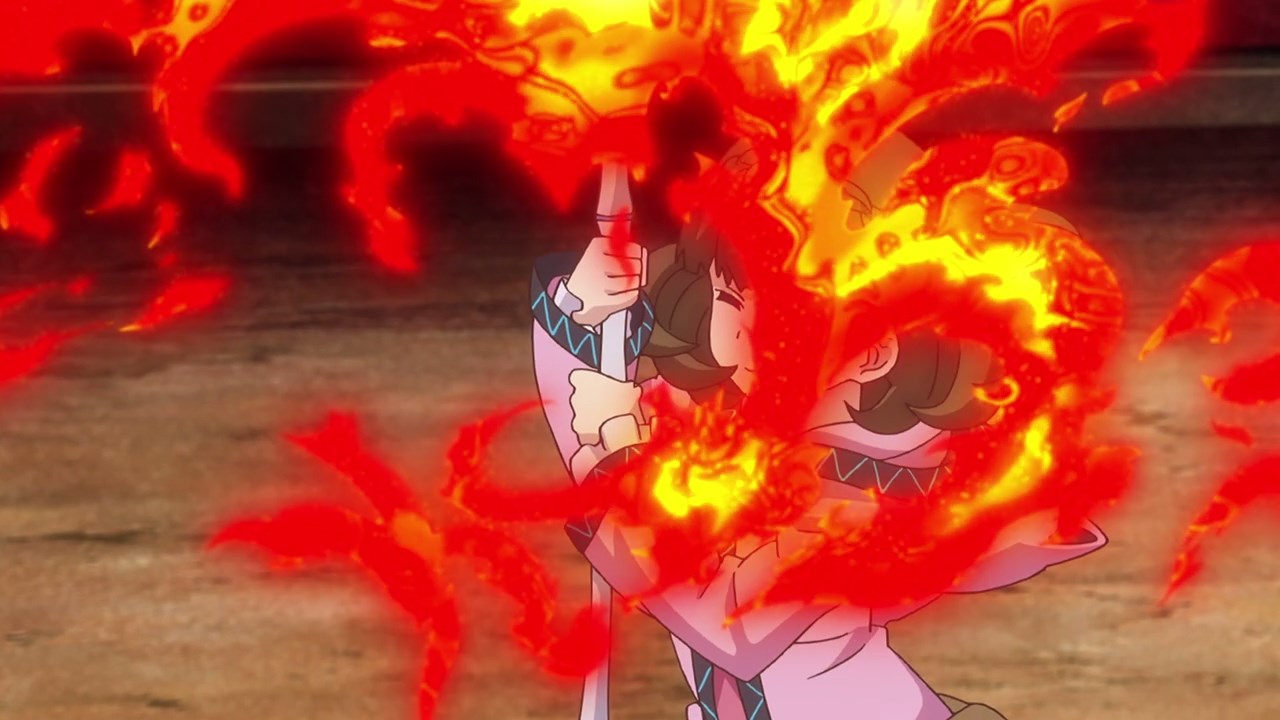 Next up is Pauline where she’ll face this female wizard, but Pauline’s opponent is somewhat stronger than her so therefore this battle would be very difficult. 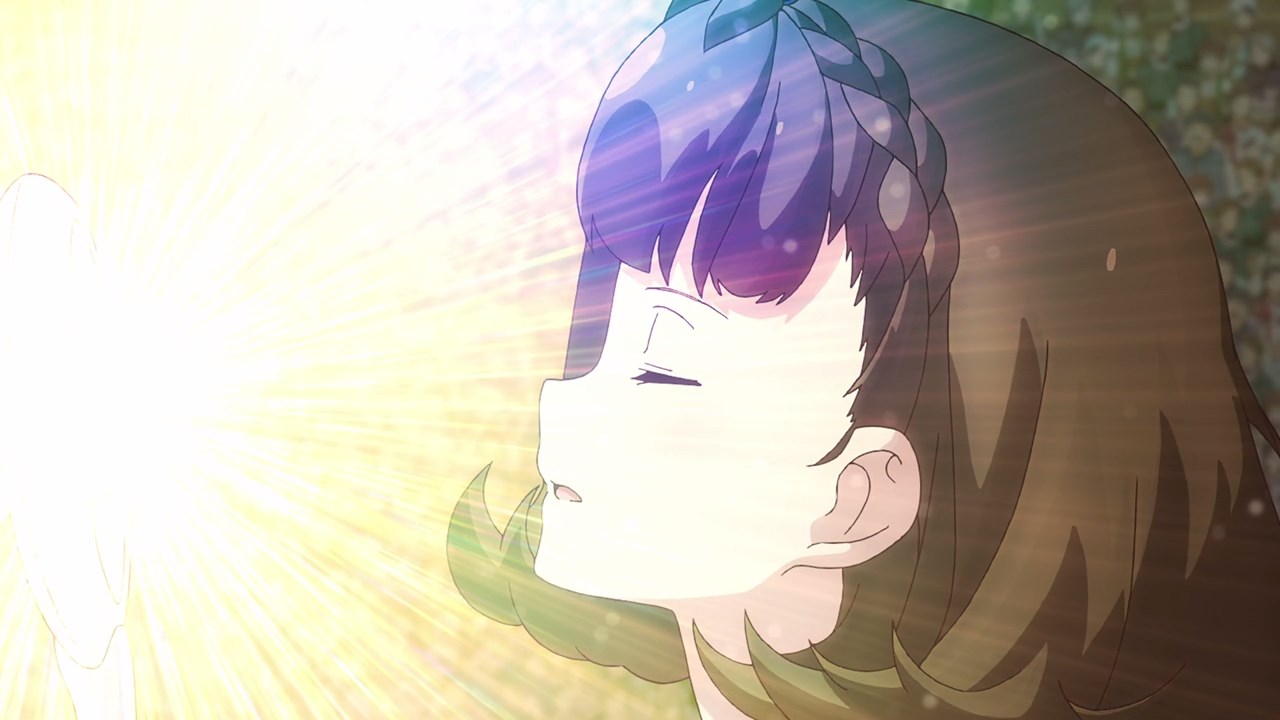 Actually, nevermind what I’ve said earlier as Pauline can tank her opponent’s attacks and heal herself with Megaheal. Even her opponent couldn’t believe that Pauline learned an advanced spell. 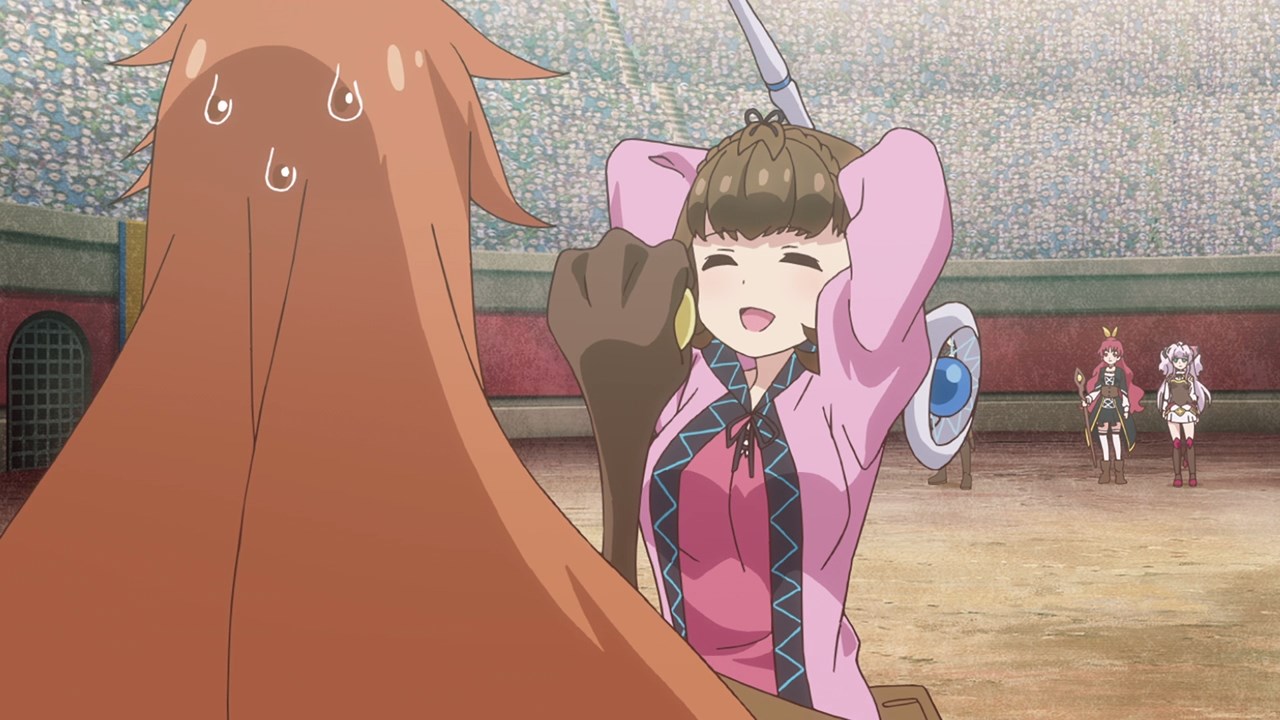 But speaking of Pauline, I have to say that she’s one scary wizard that she’s gonna whack her opponent with her staff like there’s no tomorrow. 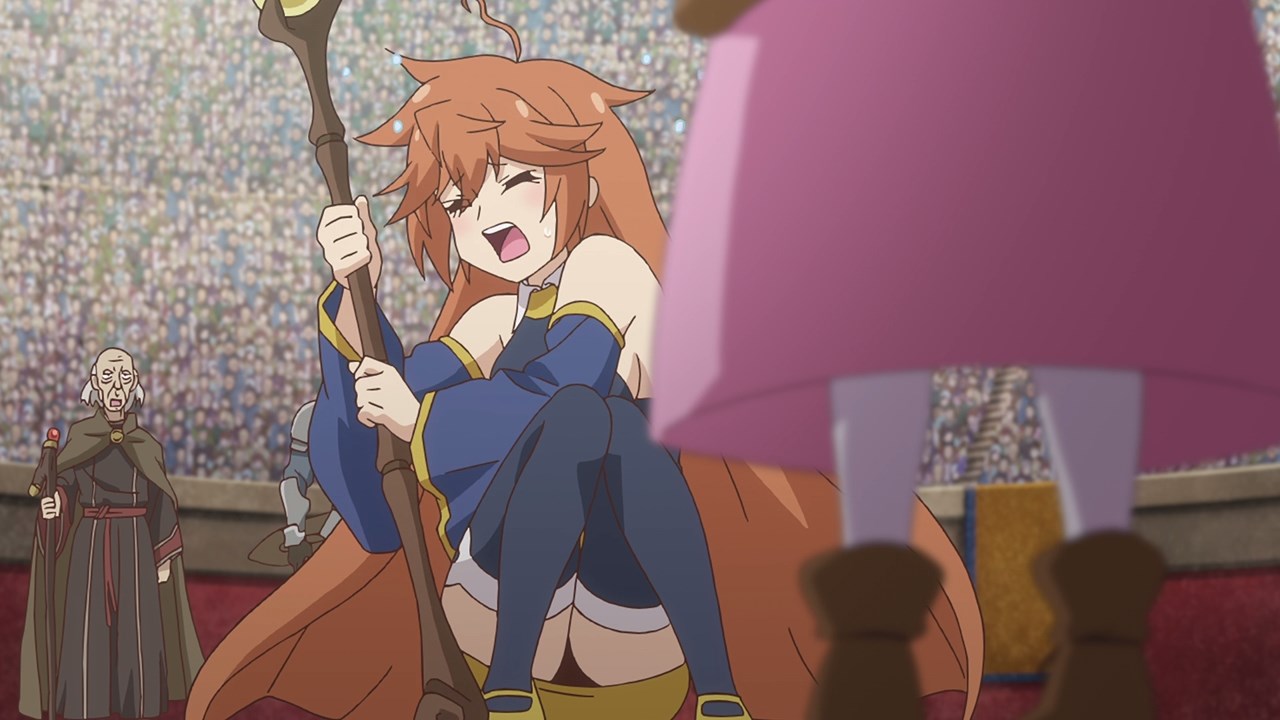 However, Pauline won’t do that because her opponent has surrendered. Man, I wanna see Pauline beat her opponent up! 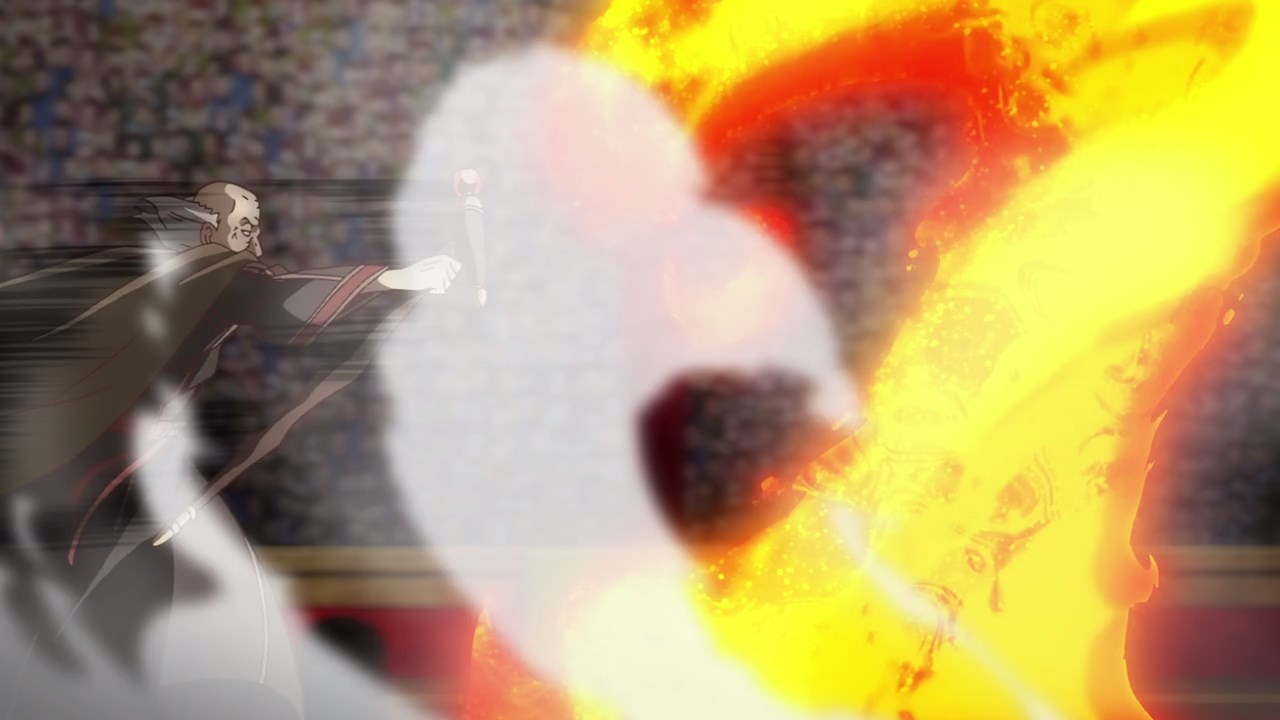 Moving onto Reina where she’ll face this powerful wizard as he casts Hellfire. 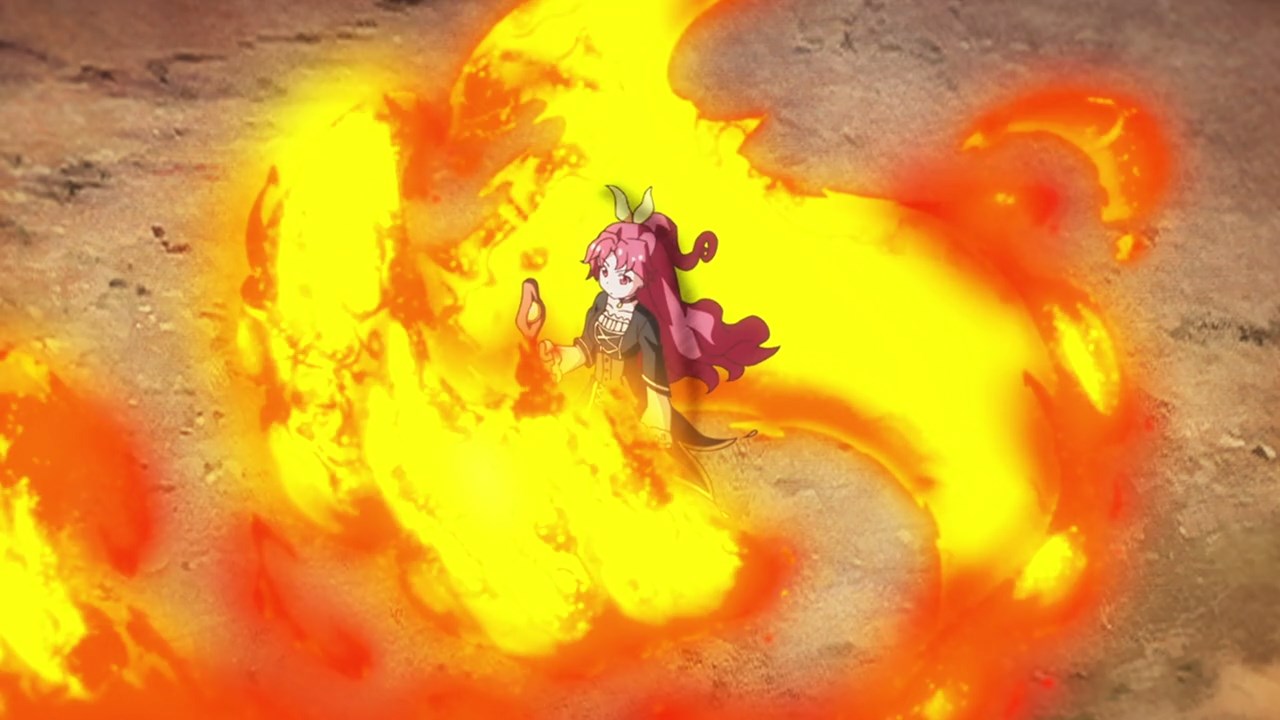 Now, this powerful spell can kill anyone who touches its devilish flames, but how will Reina handle it? 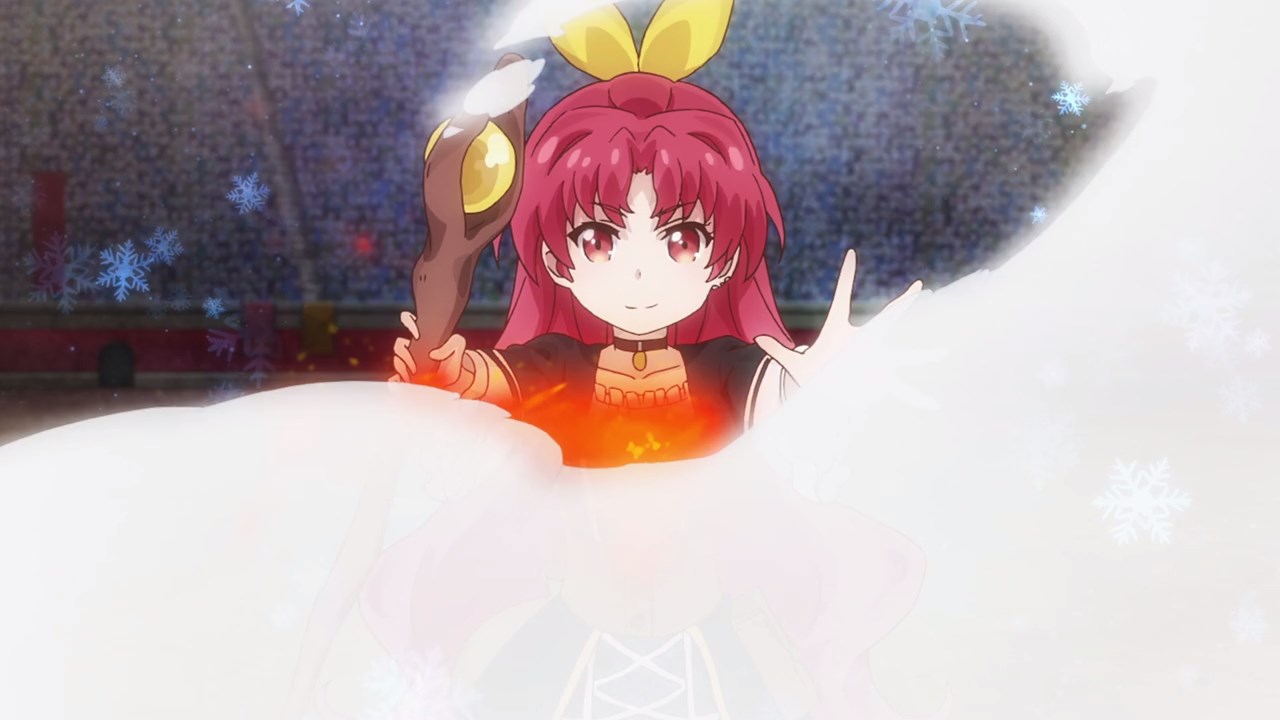 Well, she can cancel Hellfire with her ice magic. Now normally, Reina can cast water magic to put out fires, but let’s not forget that she learned ice magic from Mile. 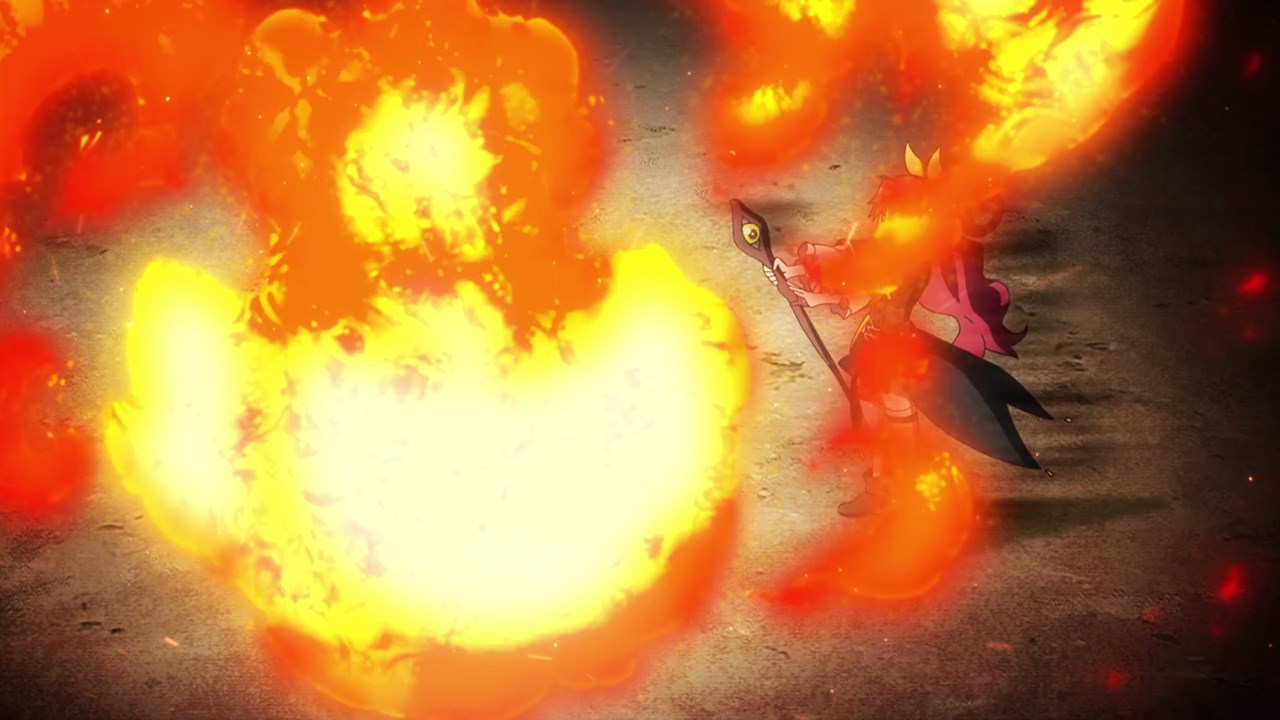 Now that she stop her opponent’s magic, it’s time for Reina to pay her opponent back with her own Hellfire. 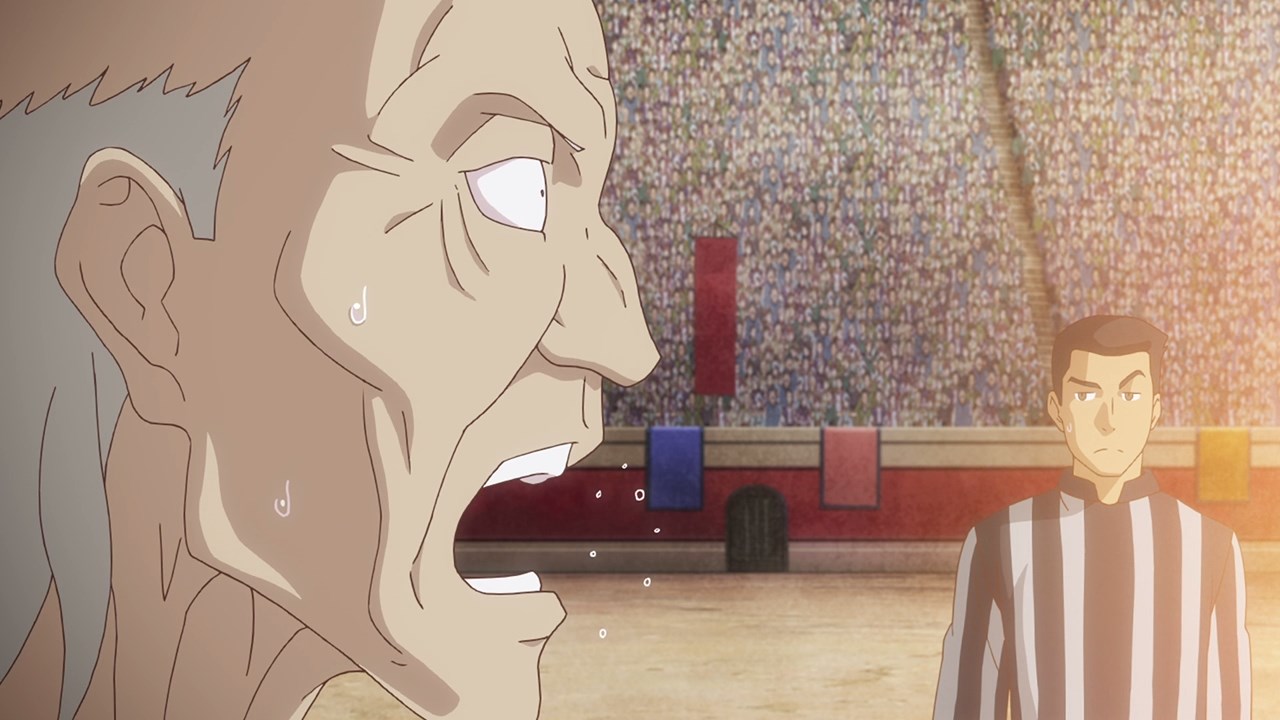 Unfortunately, this male wizard decides to surrender because Reina’s spell might kill him. Hell, even the referee found it lame!

Man, all I can say is that Mile’s teammates are stronger than before. Of course, let’s not forget about Mile as she’ll fight the last opponent. 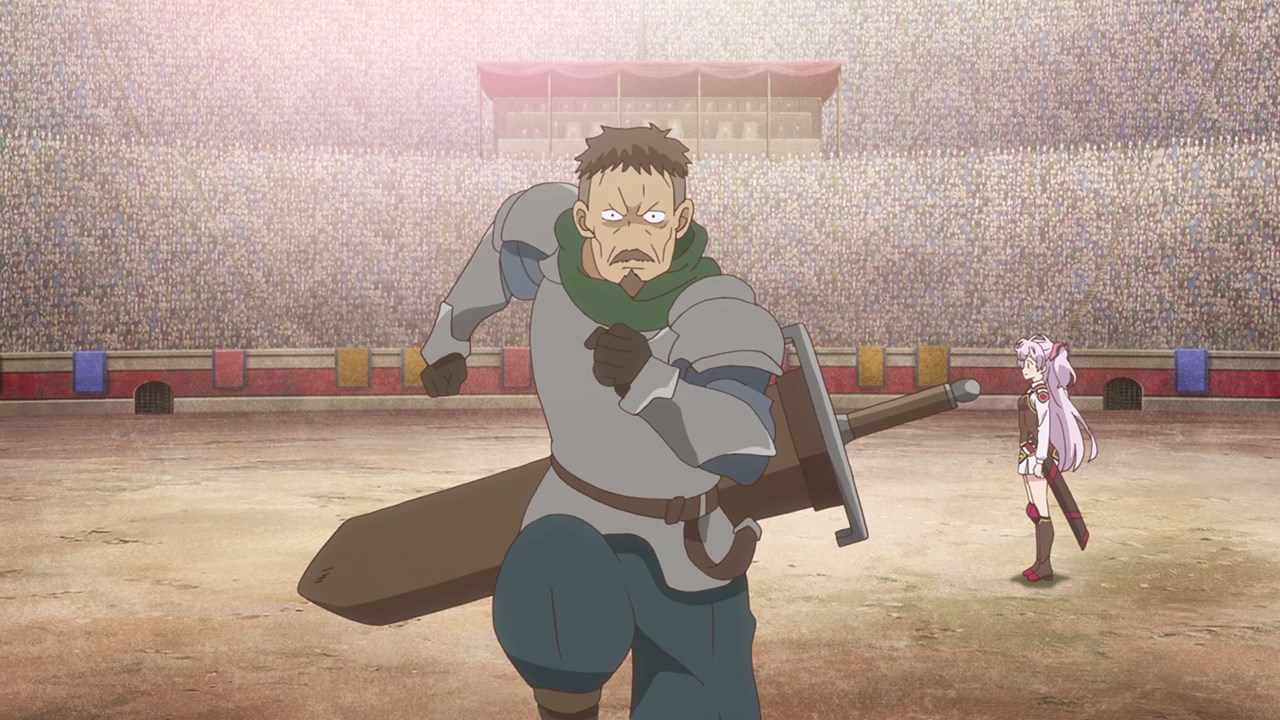 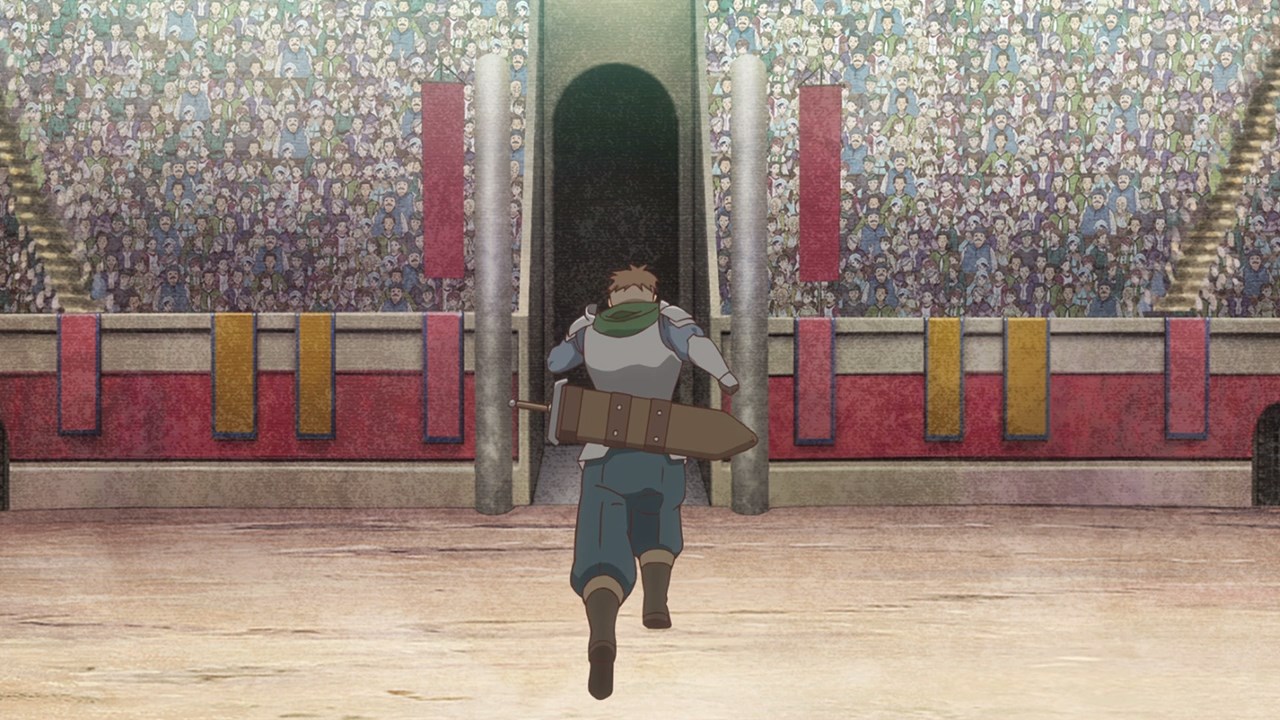 Unfortunately, her opponent decides to surrender early because he doesn’t want to fight an overpowered character.

Well, that’s lame but hey, at least Mile won’t have to fight anymore now that she and her teammates have won the mock battle! 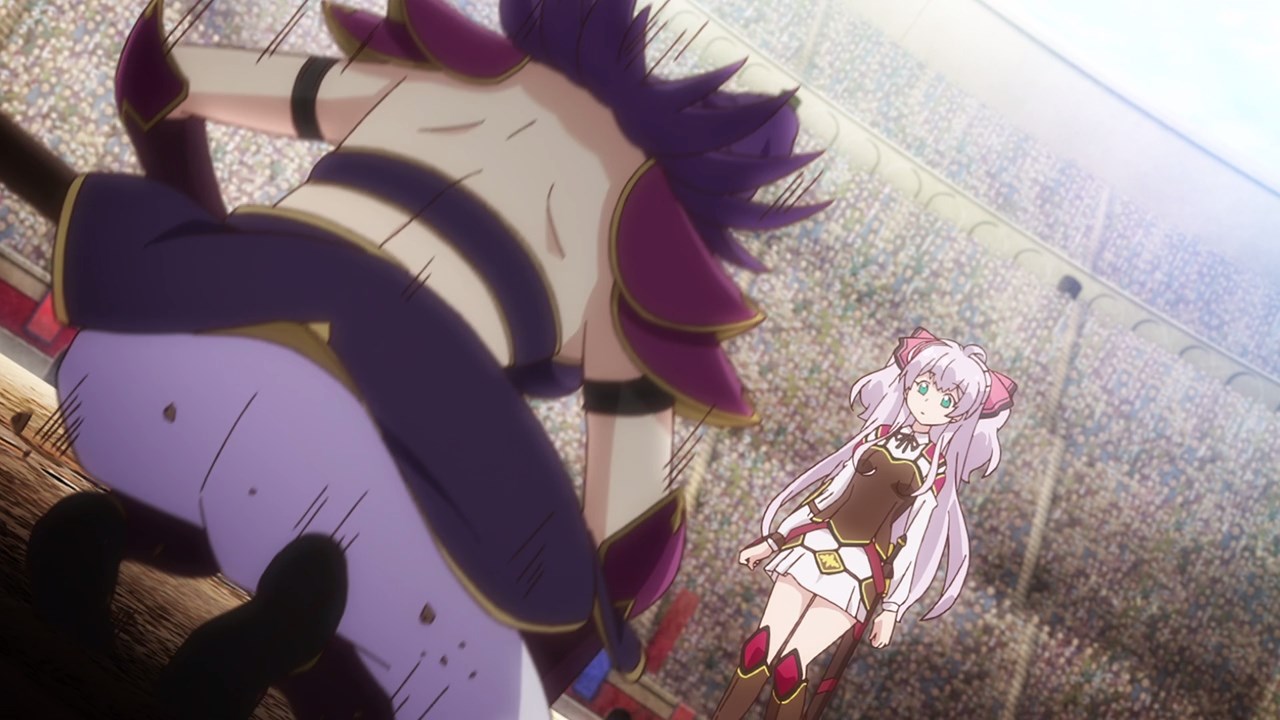 On second thought, Mile will have to fight her last opponent as the female noble has stepped in. Man, I wish the referee will just give Mile’s team the W instead of dealing with last-minute changes. 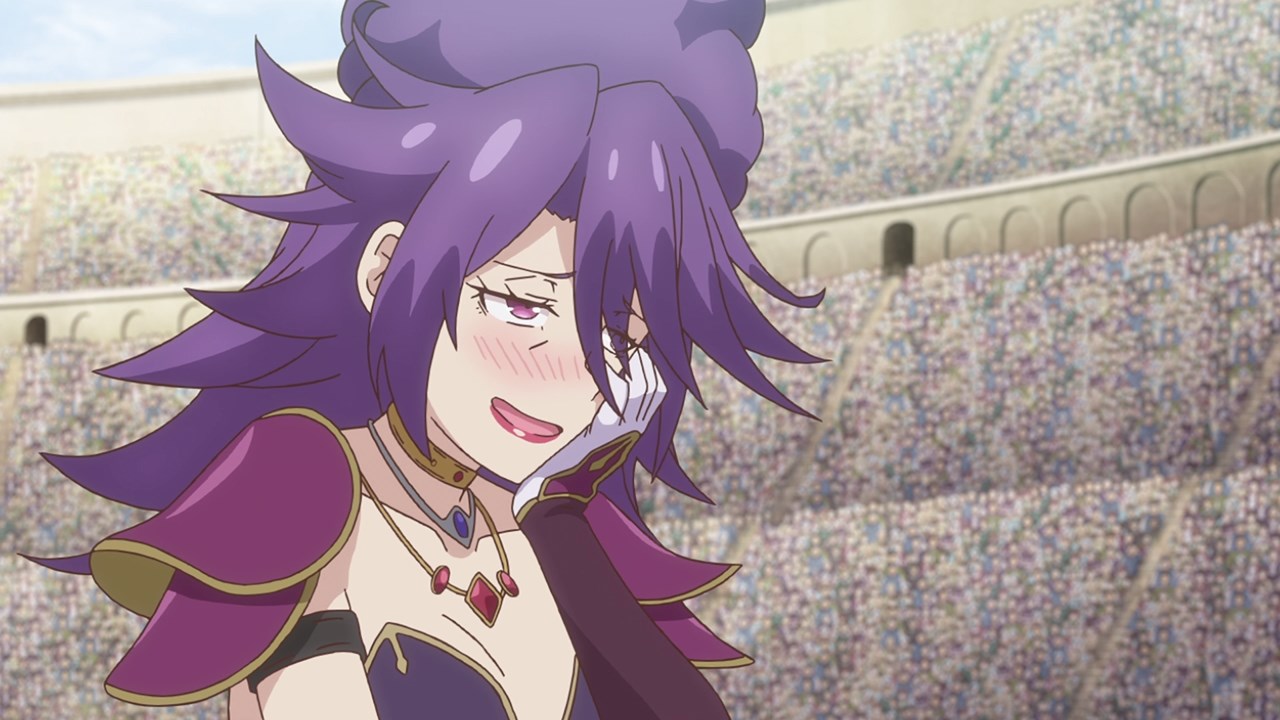 Oh yeah, and this noble is actually an A-Rank Hunter, although she used her skills to kidnap little girls.

Now then, this female noble told Mile that if she wins, the Hunters’ Prep School will be closed down. Oh yeah, and she’ll take Mile with her as this villain is fond with flat chests. 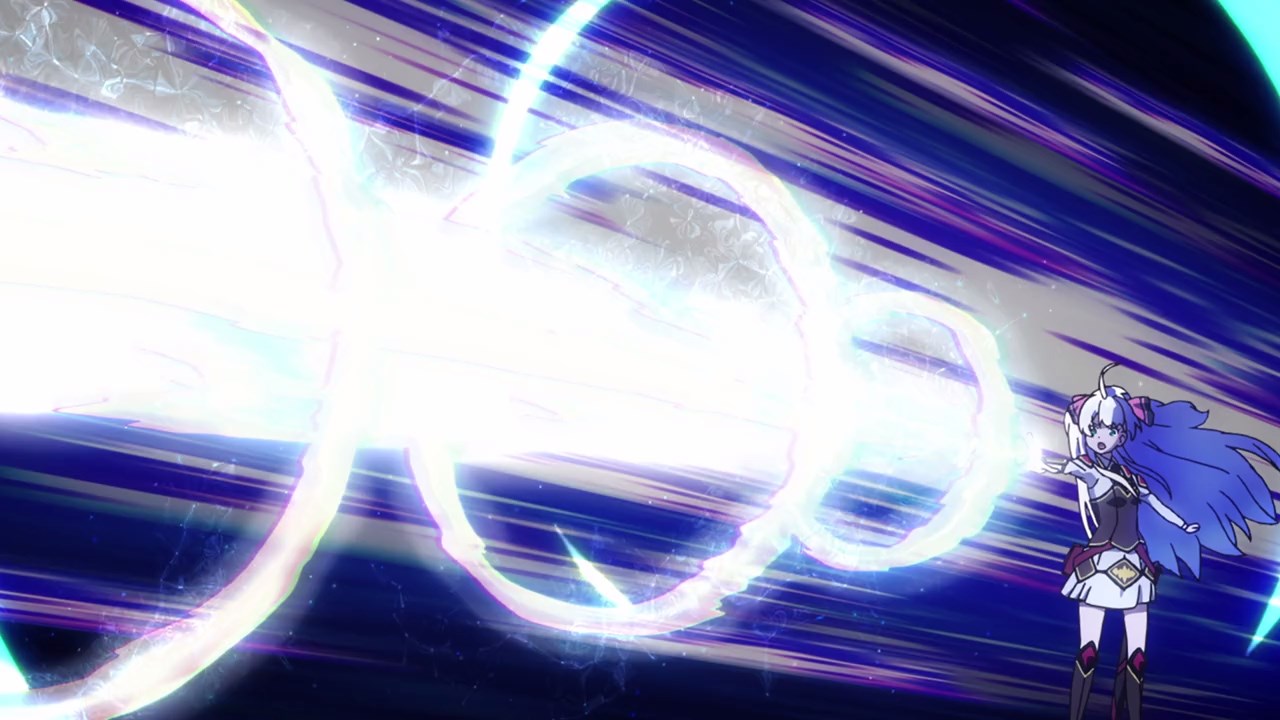 Unfortunately for this pedophile noble, Mile doesn’t like being mocked by her bust size because she claimed that it’s still growing.

Anyways, looks like Mile will have to finish her opponent off with her powerful magic beam! 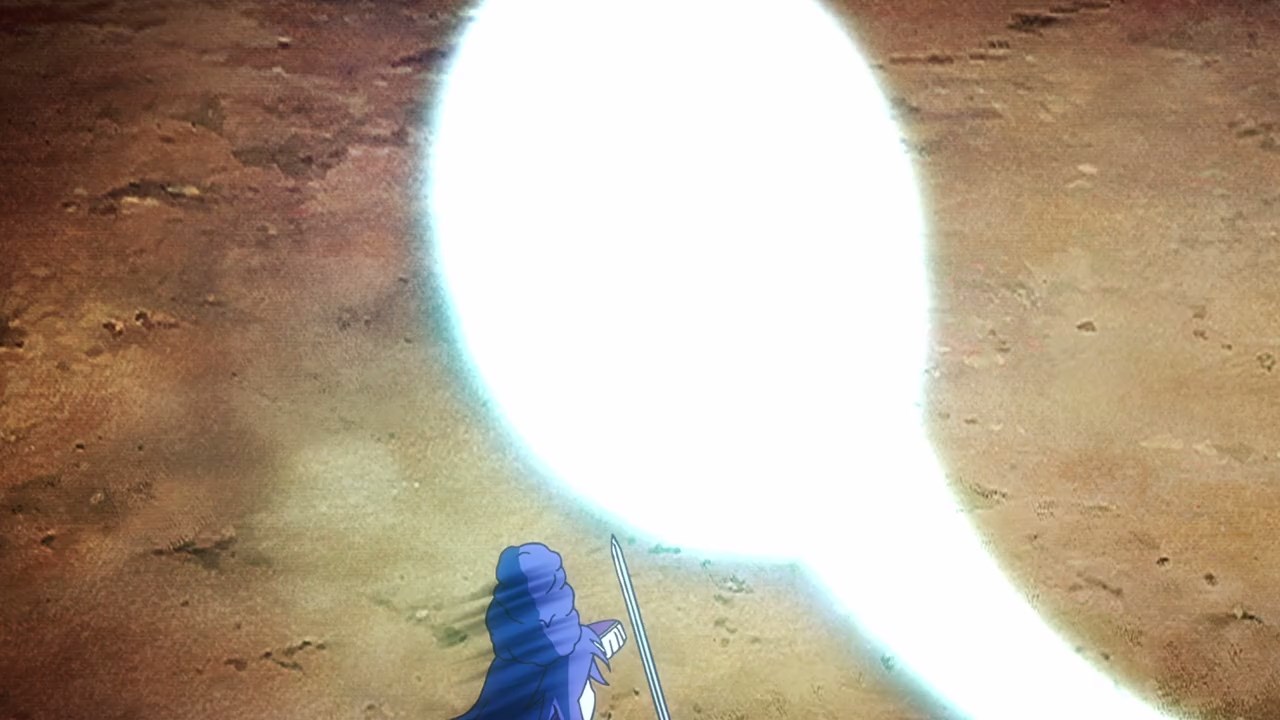 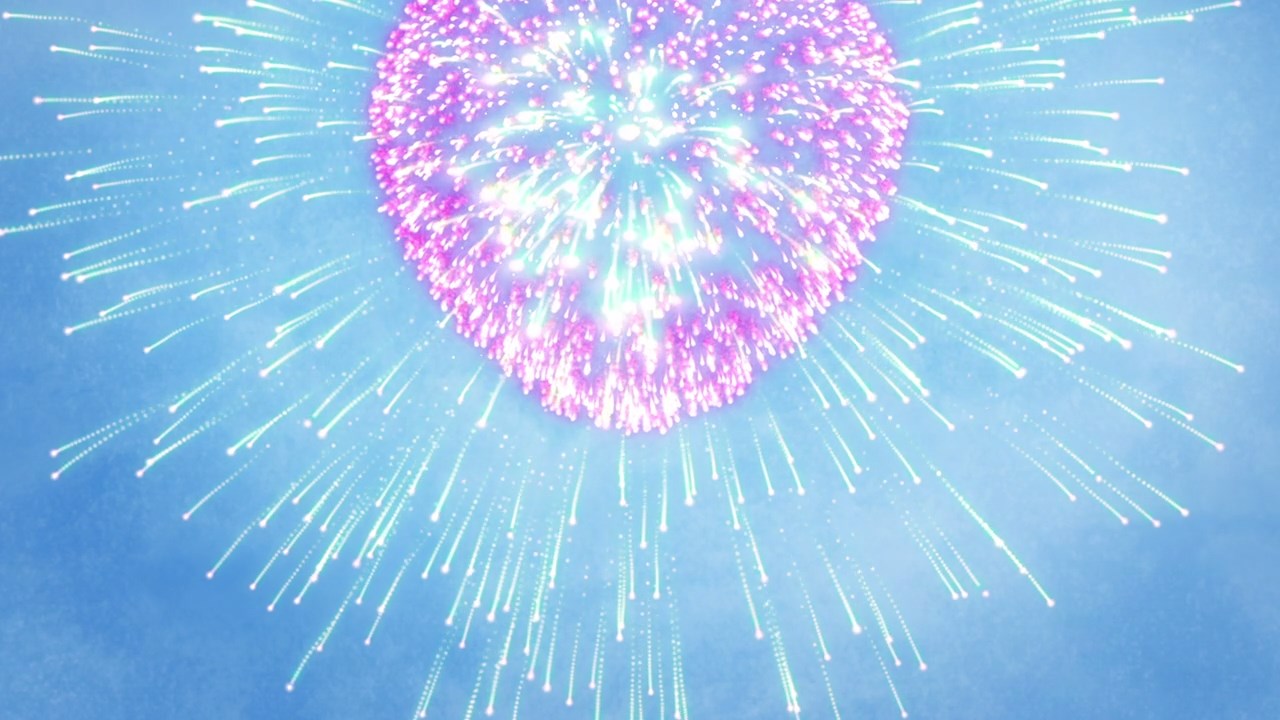 On second thought, she’s not gonna blast her opponent away so instead, Mile will fling it upwards and create a magnificent fireworks instead. 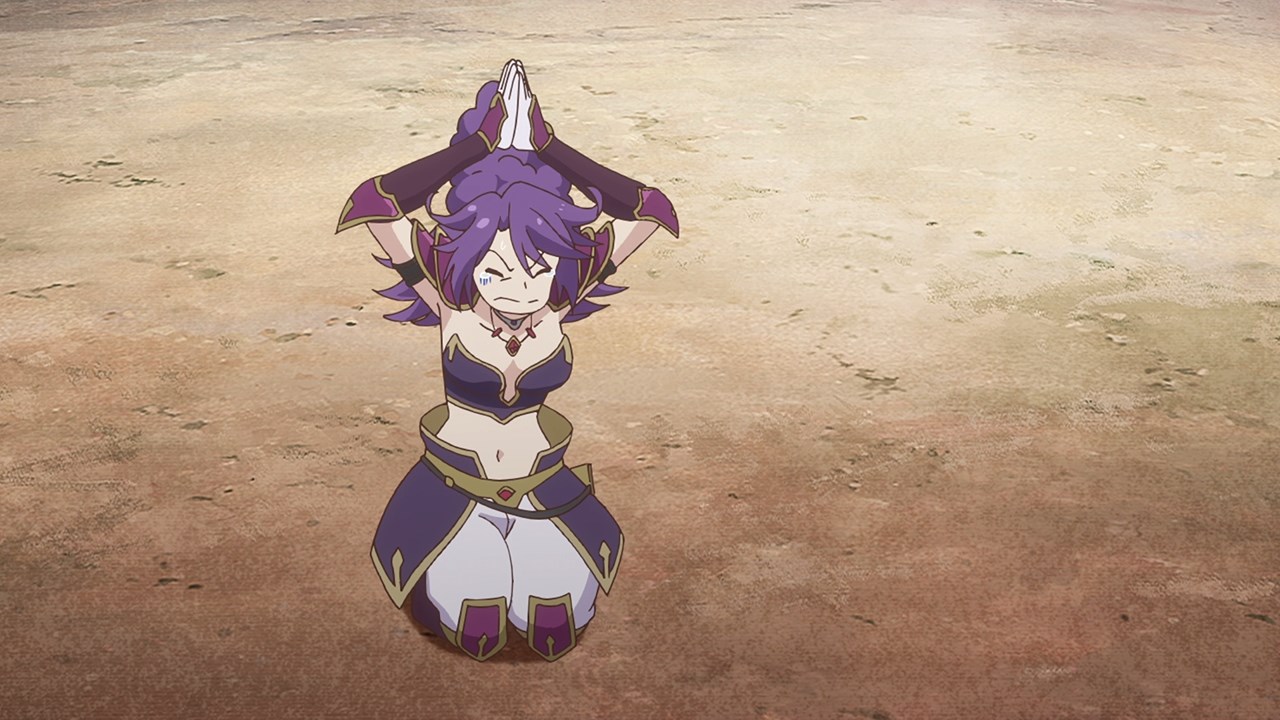 As for this pedophile noble, she gave up as Mile is too strong for her to handle. Man, it’s her fault for mocking Mile’s chest. 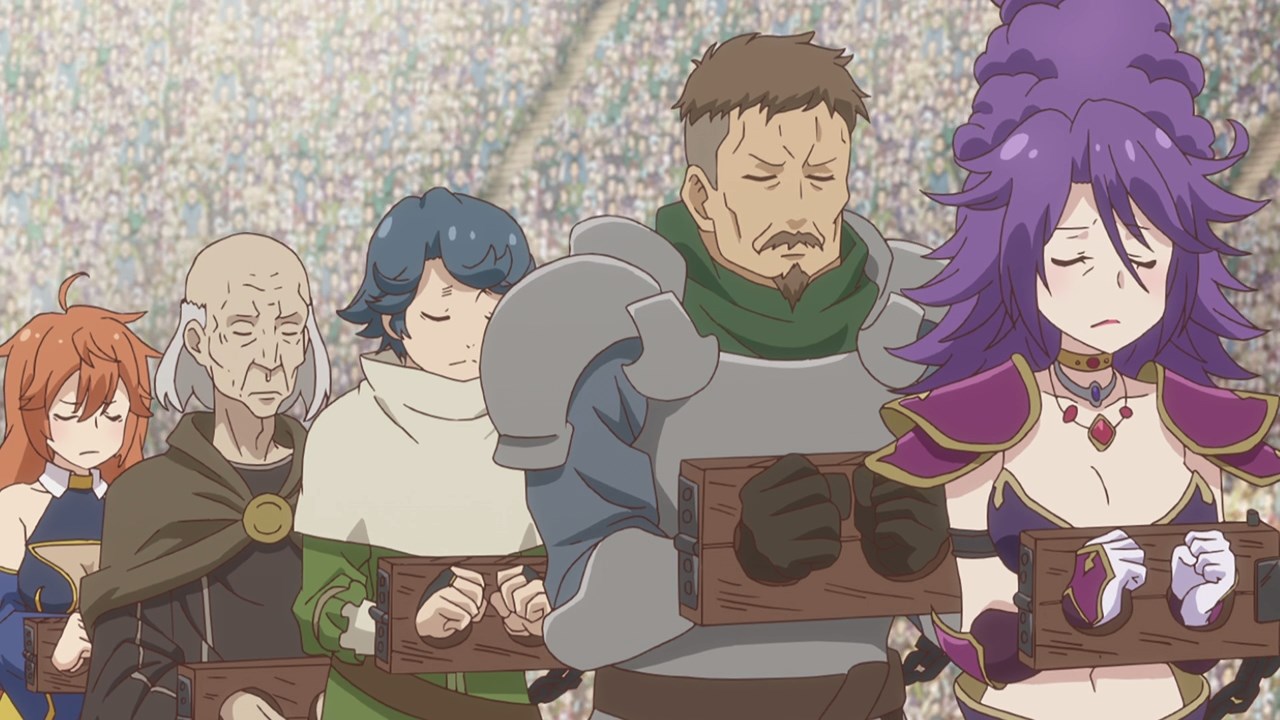 But anyways, this villain and her cronies are now arrested, meaning that they won’t kidnap girls anymore.

So yeah, Mile and her teammates have not only won the mock battle, but also put these criminals behind bars! It’s like killing two birds in one stone! 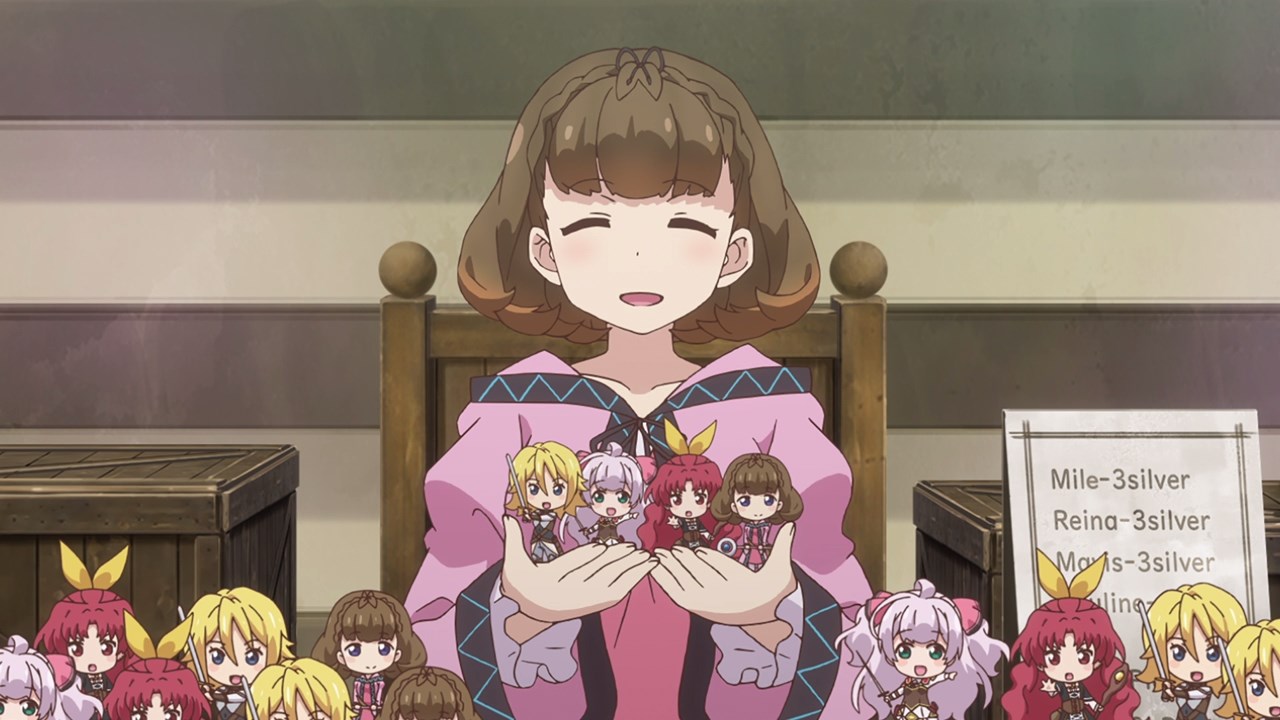 But afterwards, things are getting hectic as Pauline is now selling figures based on her likeness, as well as her teammates. 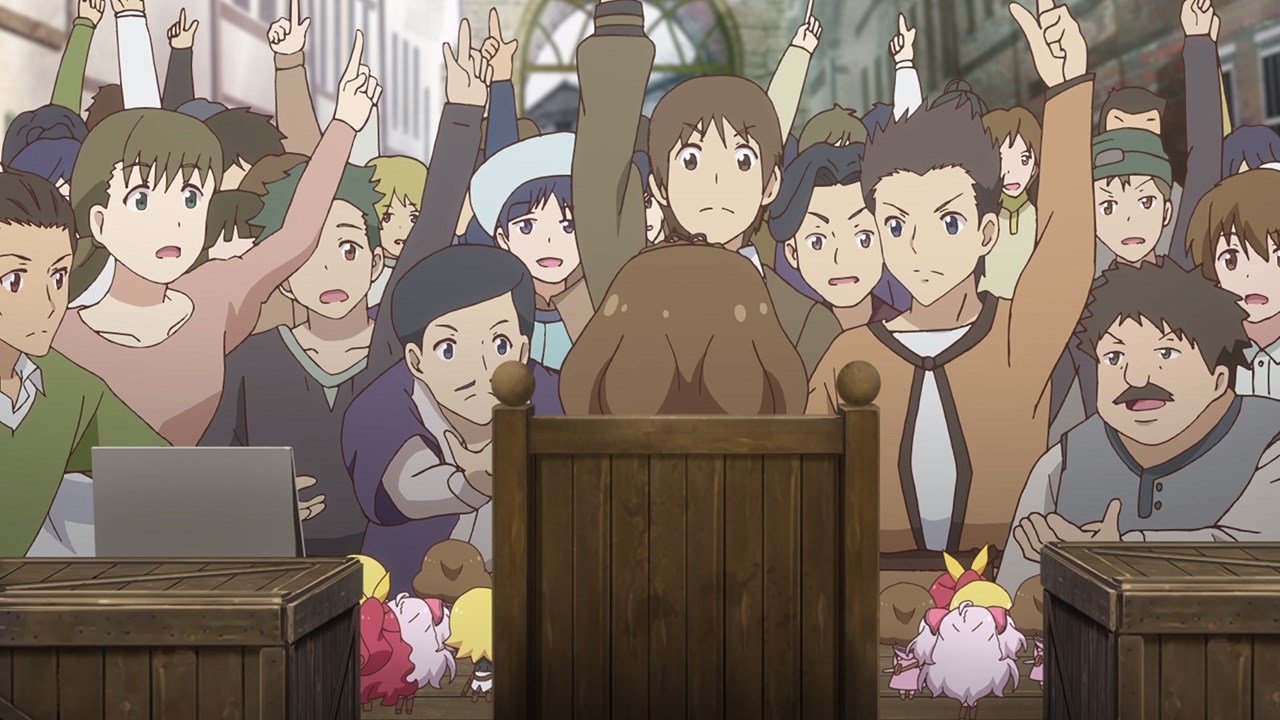 And everyone is crazy on getting one of those figures. Come to think of it, did Pauline stole one of Mile’s creations and decided to mass-produce it? 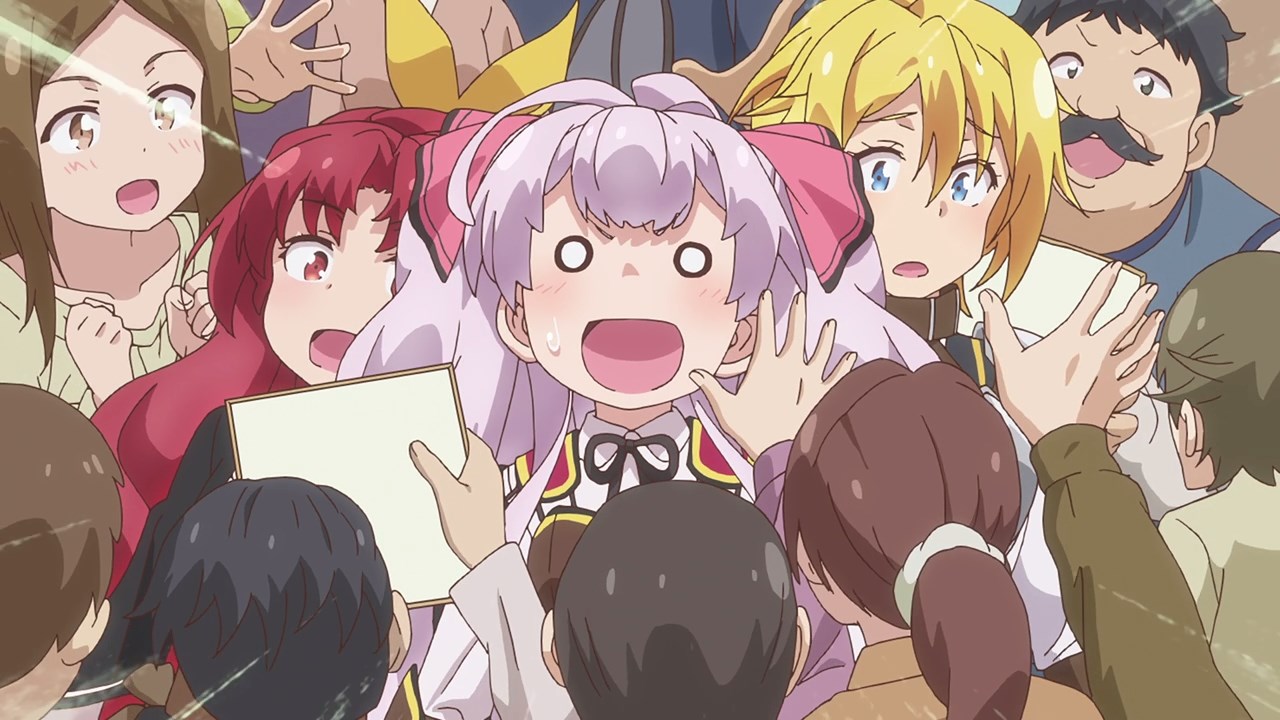 As for Mile and her friends, looks like that they’re being surrounded by fans who wanted to get their autograph. Seems that they become popular after winning the mock battle!

But anyways, that’s about it for this episode as Mile and her friends have officially graduated. Oh yeah, and they’re not gonna join some guild as they formed one for themselves called Crimson Vow. On the flip side though, at least Mile still has friends after graduation.

With that said, I’ll see you next time as they’ll start their adventure as hunters, although Mile won’t get her normal life in another world!