Posted on November 2, 2019 by benigmatica 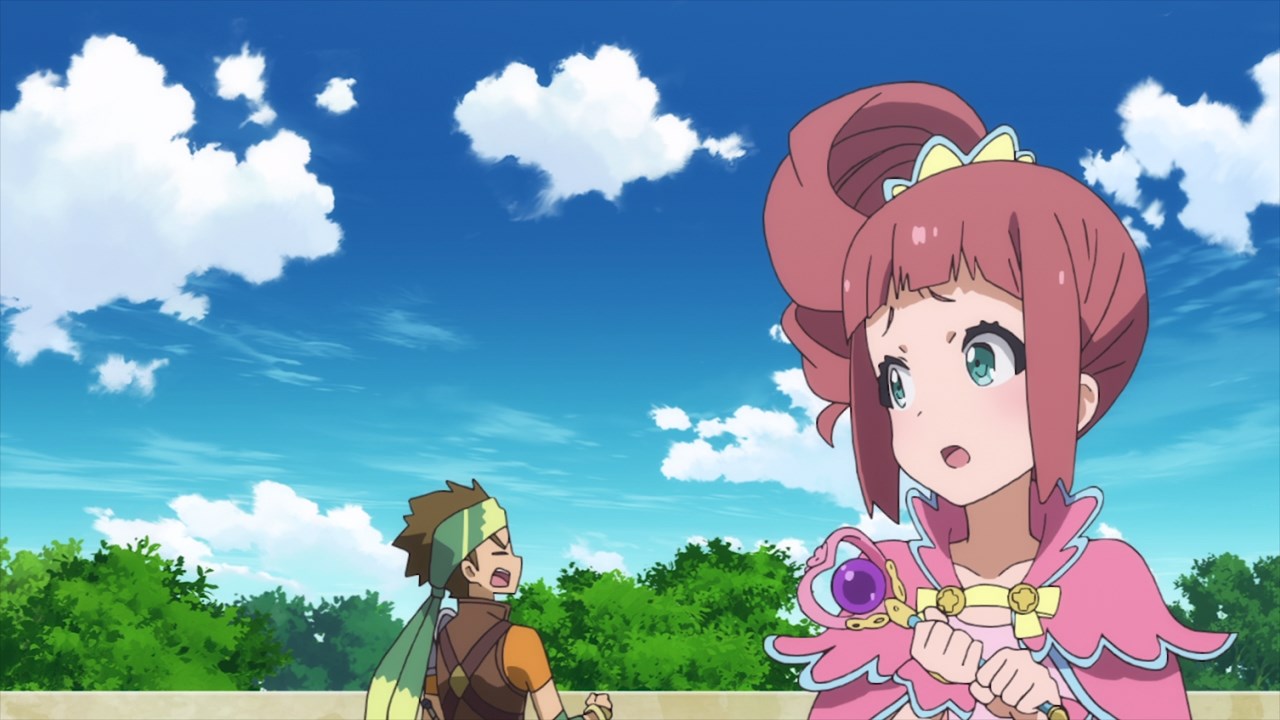 Well then, looks like Mash couldn’t stand Seiya Ryuuguuin’s behavior that he and Eruru will handle the undead army by themselves! 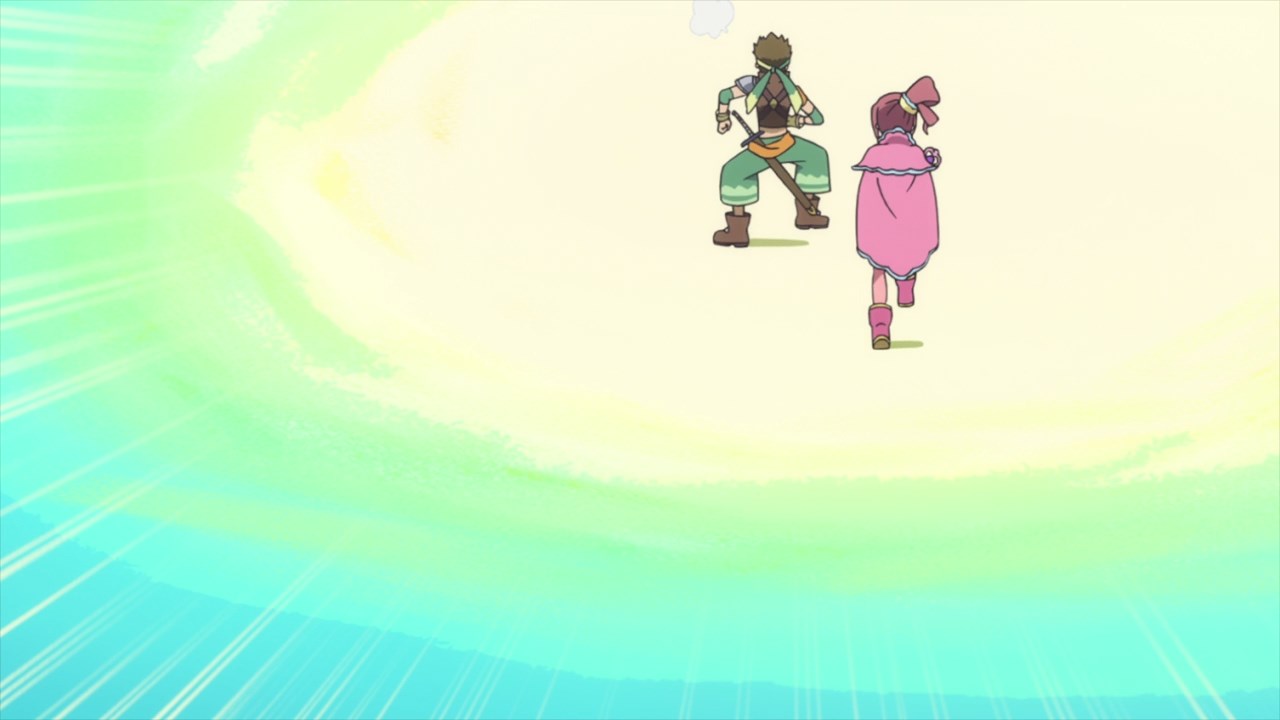 So, both dragon-born warriors left Seimul in order to fight against the undead, despite the fact that they’re weak to take thousands of them. 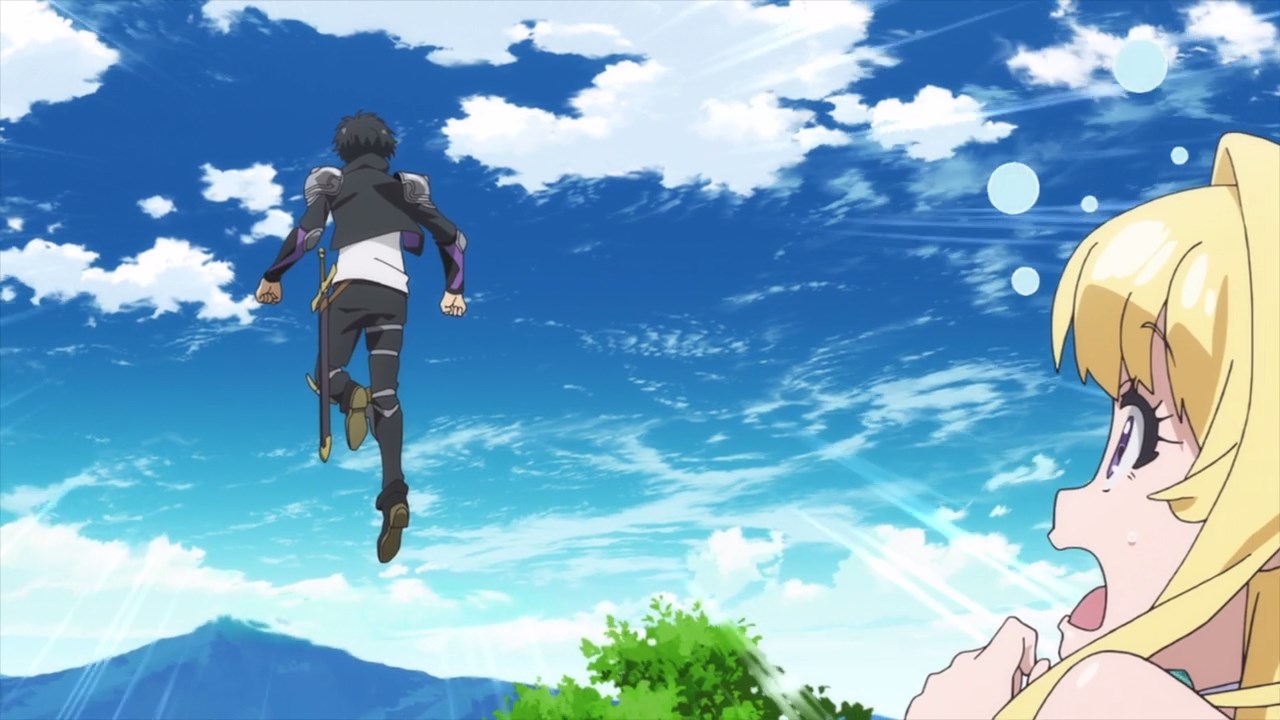 But as for Seiya, he doesn’t care about Mash’s ramblings as he fly towards the outskirts.

Wait a minute, did the cautious hero just float in the air? Even Ristarte couldn’t believe it!

So, Ristarte decides to sprout her own wings and chase Seiya down. Gotta love her transformation sequence! 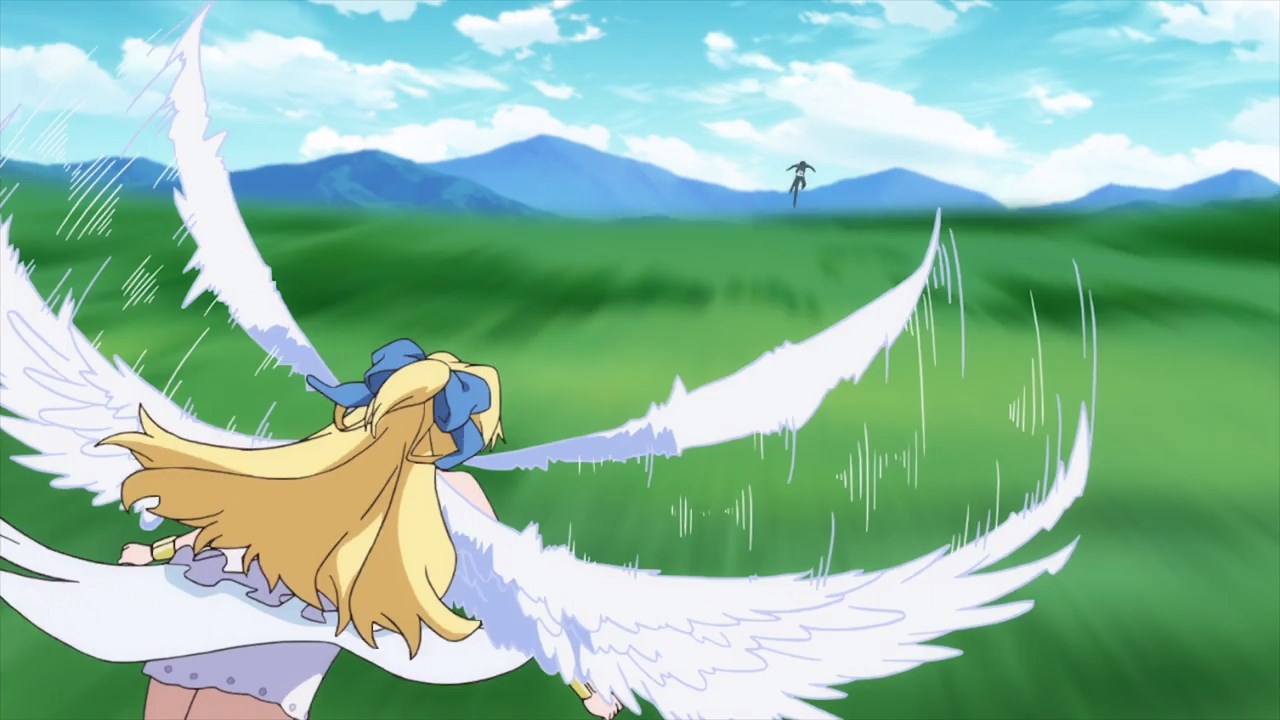 Unfortunately for Ristarte, Seiya Ryuuguuin is too fast that she couldn’t catch the cautious hero. Oh yeah, and her goddess powers doesn’t help much! 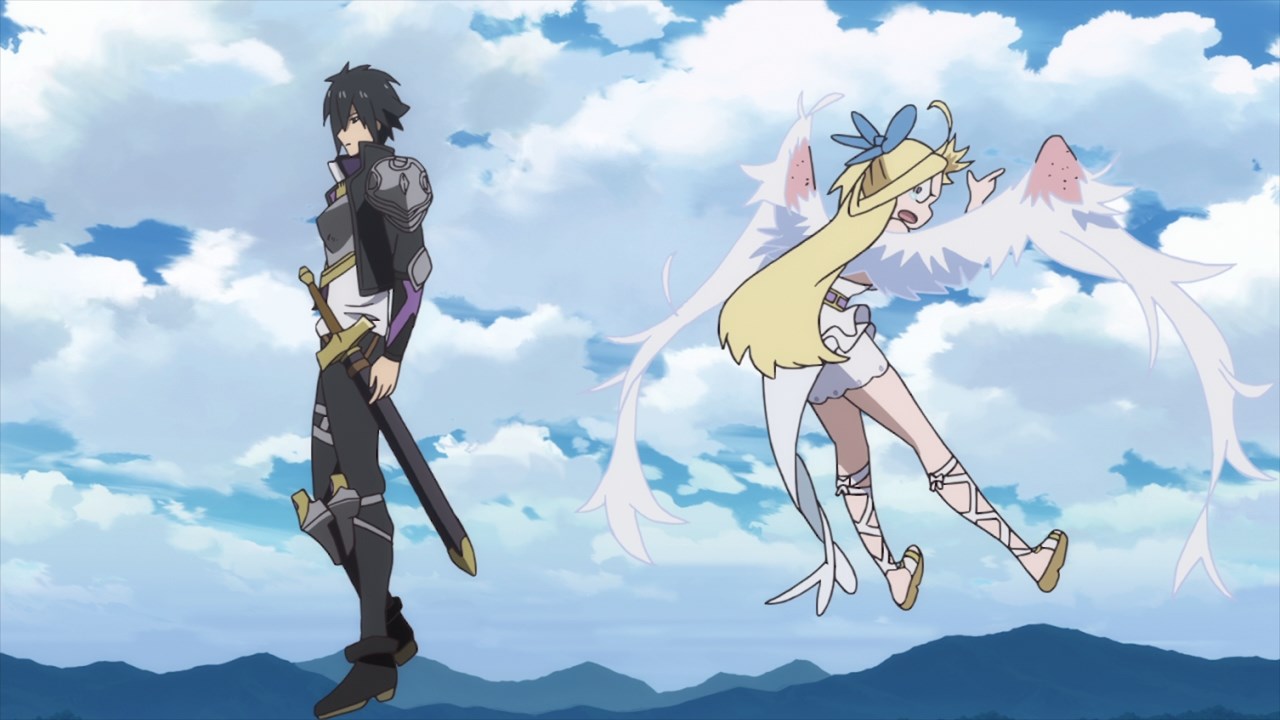 In any case, Ristarte has finally caught up with Seiya Ryuuguuin, but she complained to the cautious hero that her wings got molted… just a bit.

Of course, Seiya won’t listen to Ristarte for a while because he found the undead army. 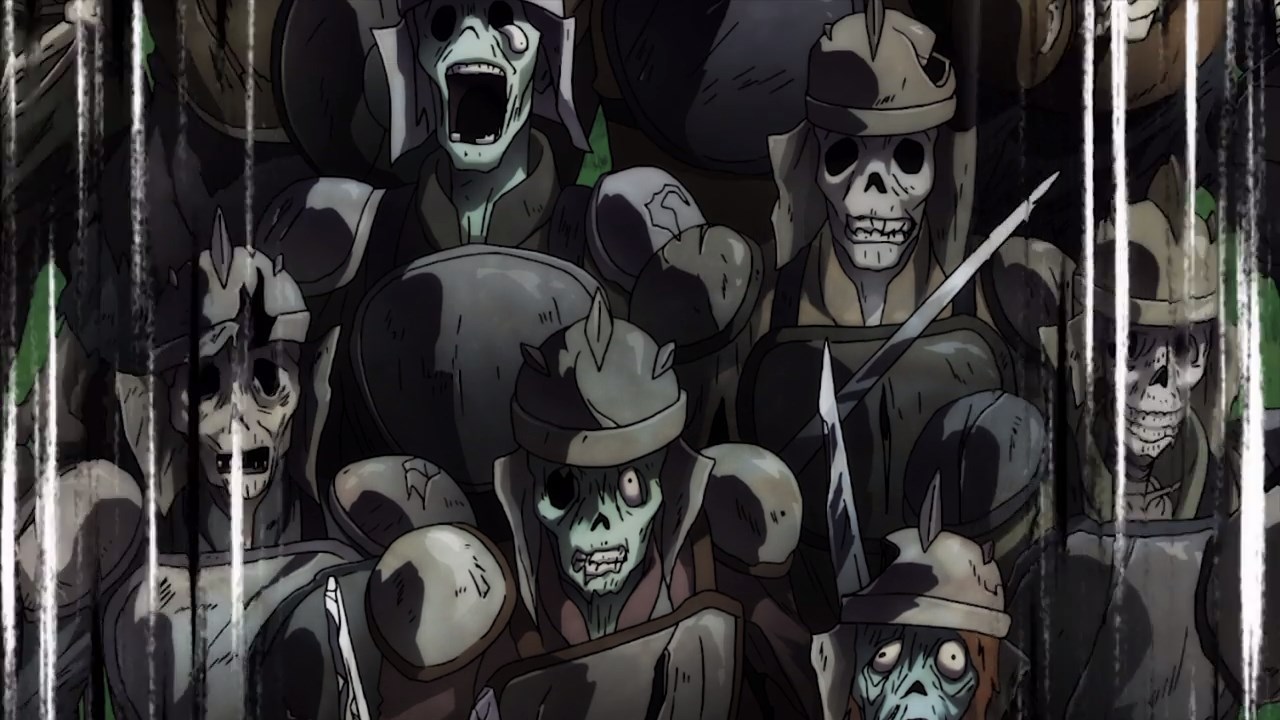 And as you can see, it’s quite a lot of them that taking these zombies and skeletal creatures one-by-one would take days. 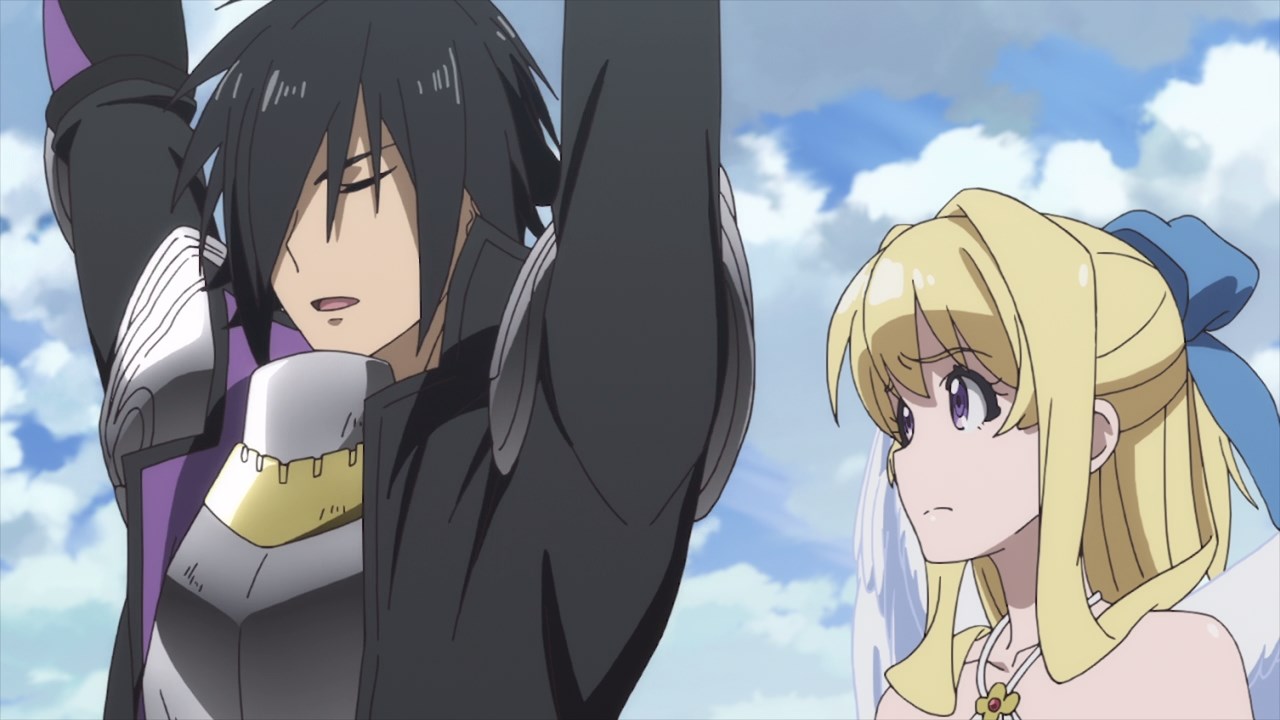 So, Seiya found a solution after his training with Cerceus. All he needs to do is to stretch his hands upwards… 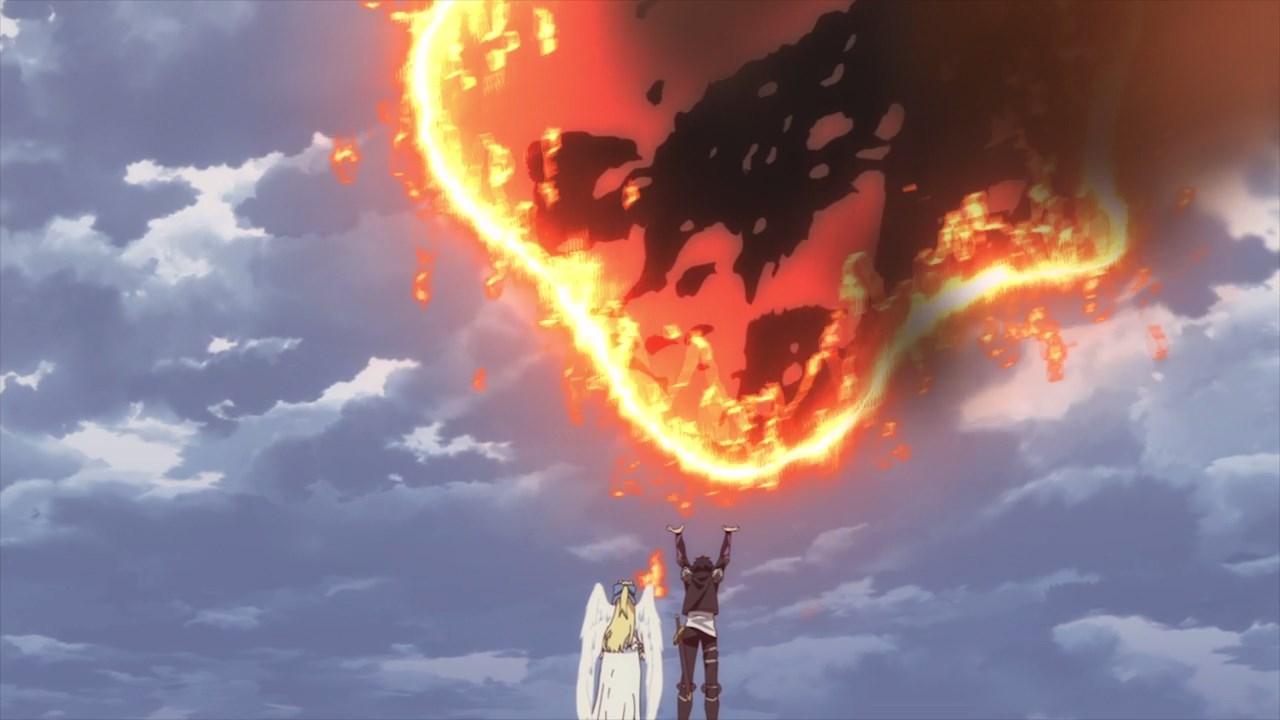 …and a giant meteor appears where it heads straight towards the undead army. Wait, is that Seiya Ryuuguuin’s new move? 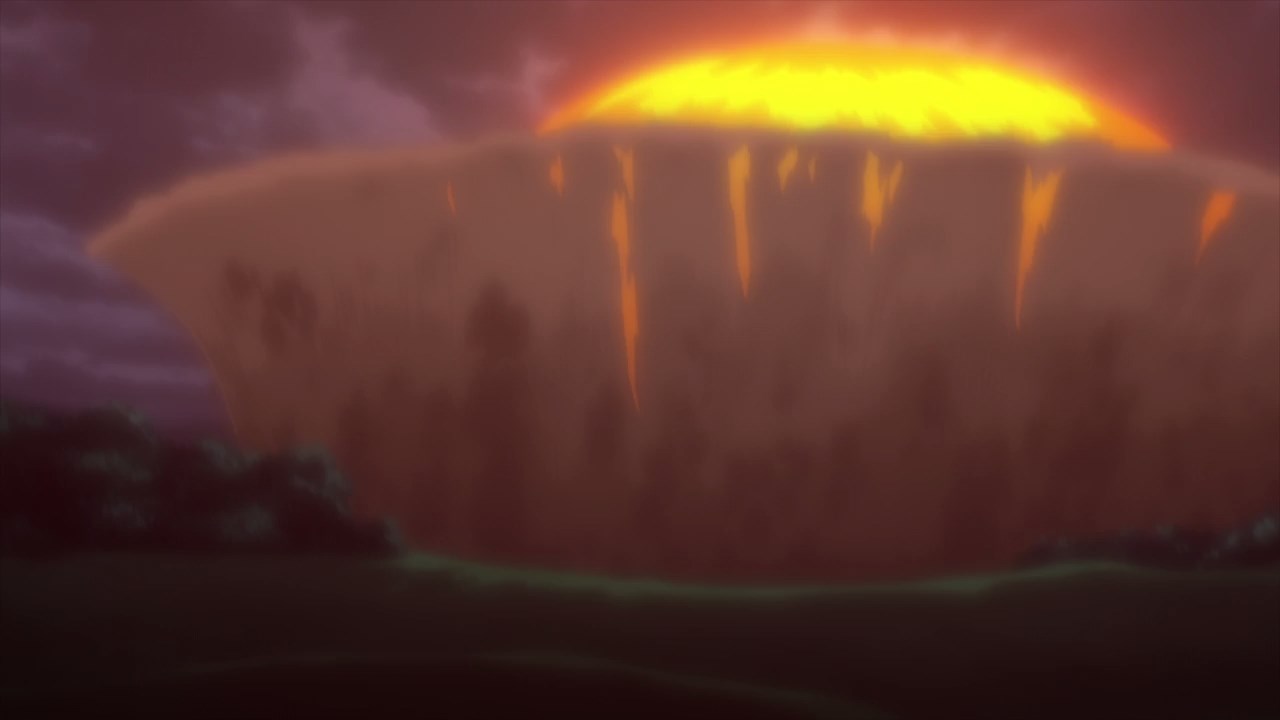 But anyways, Seiya’s Meteor Strike has decimated the entire undead army and thus Seimul is saved. Well, at least the town wasn’t decimated by the cautious hero. 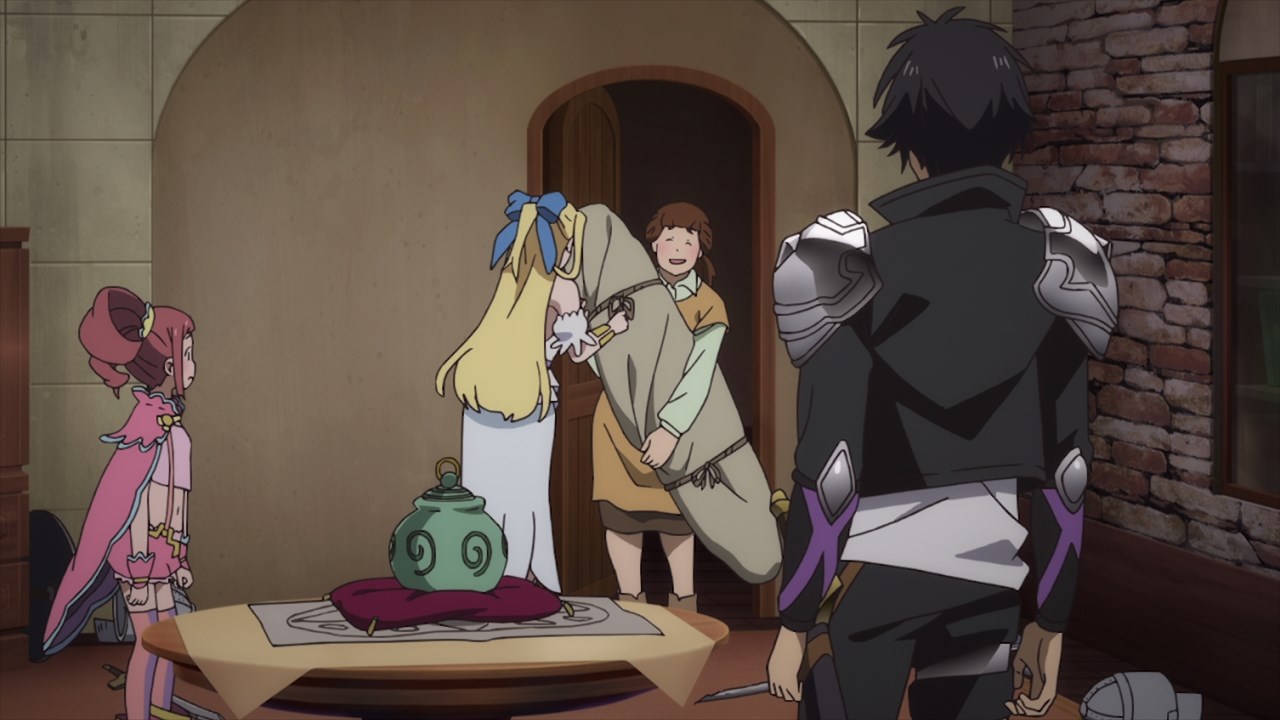 A few days later, someone delivered a mirror as a gift of gratitute for saving Seimul.

Um guys, you should check first on who send that gift in the first place ’cause it might be some kind of trap! 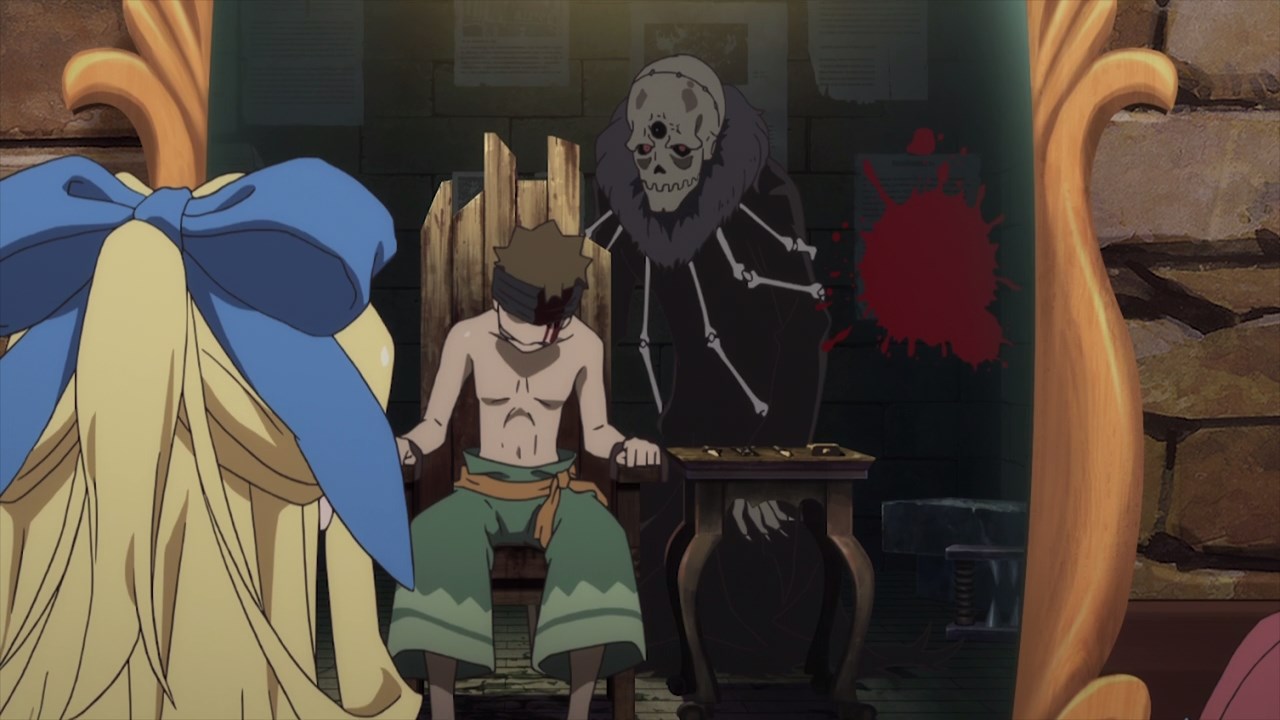 However, it turns out that this mirror is actually a projection where a demon army general named Deathmagla told them that if they don’t surrender, he’ll torture Mash until this dragon-born warrior is dead.

First of all, how come Deathmagla managed to capture Mash? Second, this situation is similar to Chaos Machina where instead of torturing civilians, you have one of the generals torturing an adventurer. 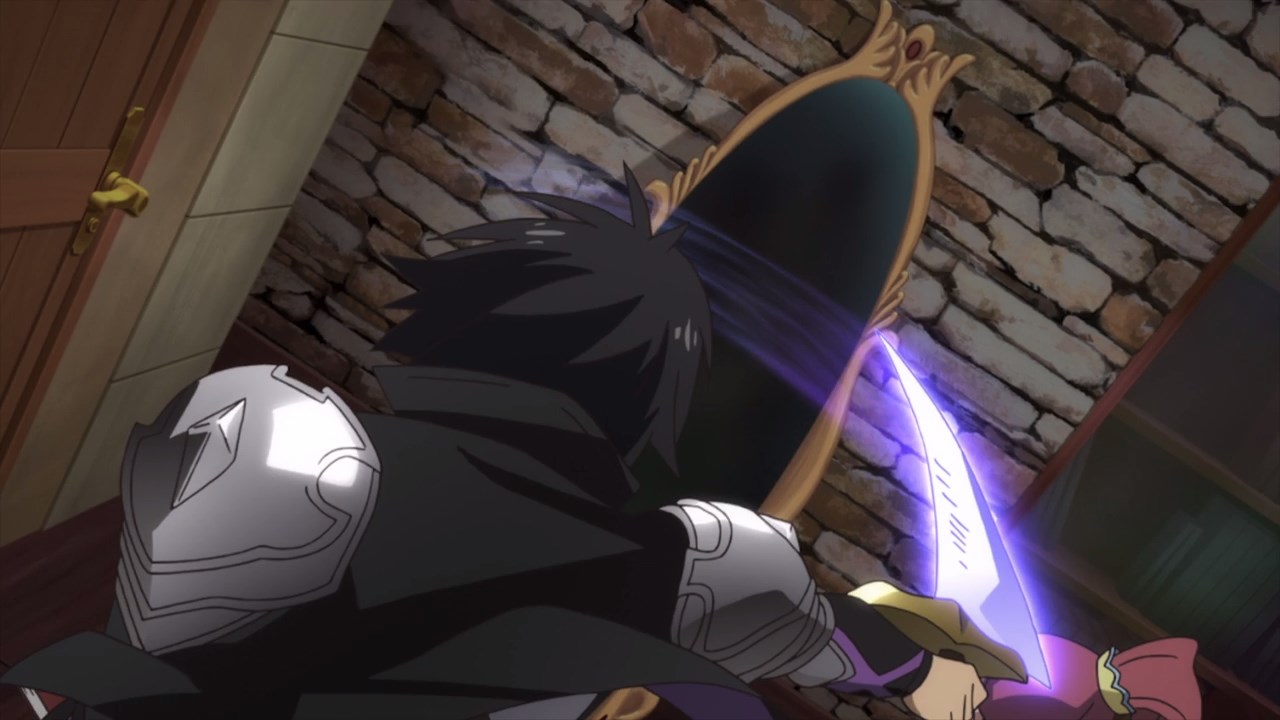 But you know what, Seiya Ryuuguuin had enough of this shit as he pulled out his sword and slash the mirror.

By the way, this sword is made by synthesizing it with Ristarte’s hair. But how will a lock of goddess hair improve Seiya’s weapons? 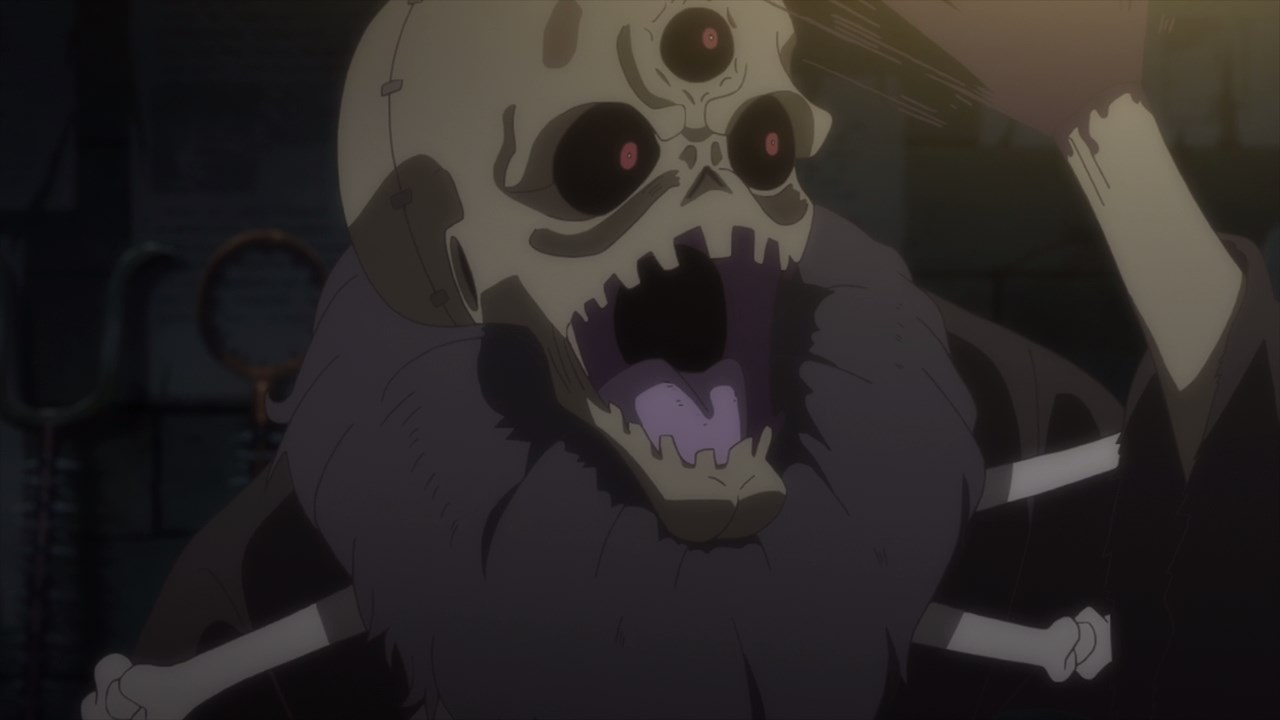 Well, quite a lot as Seiya’s sword can cut through dimensions. As you can see, Ryuuguuin cleanly cut Deathmagla’s left arm even though they’re in different places. 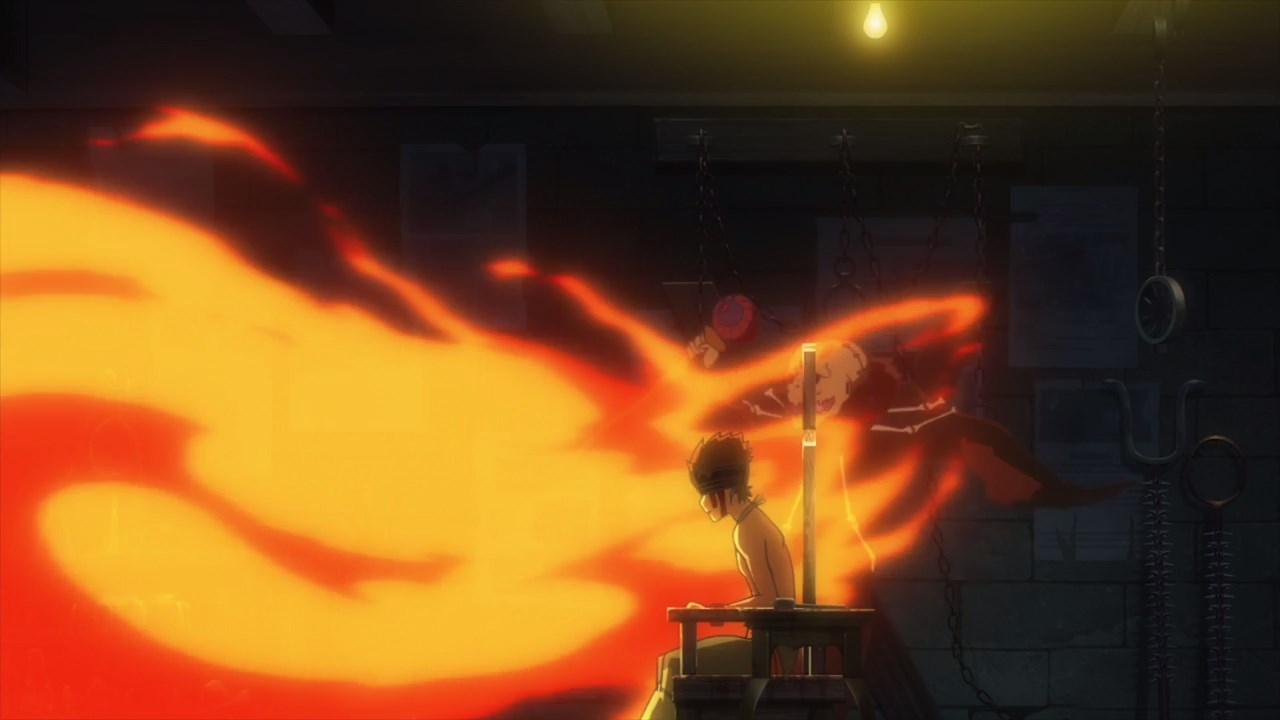 Now then, it’s time for Seiya and Ristarte to go to Krain Castle and save Mash. So while Ryuuguuin casts Hell’s Fire at Deathmagla as a distraction… 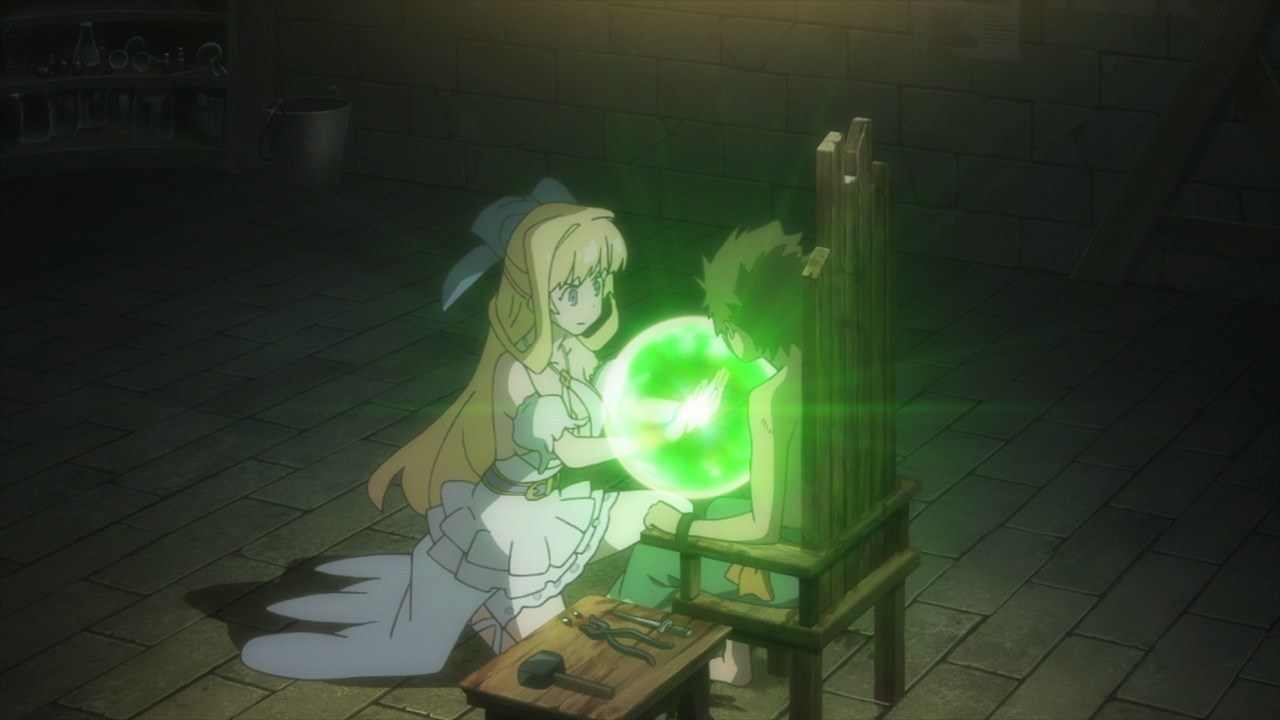 …Ristarte proceeds to rescue Mash and heal his wounds. Yeah, that’s a great strategy for the cautious hero, but what about Deathmagla? 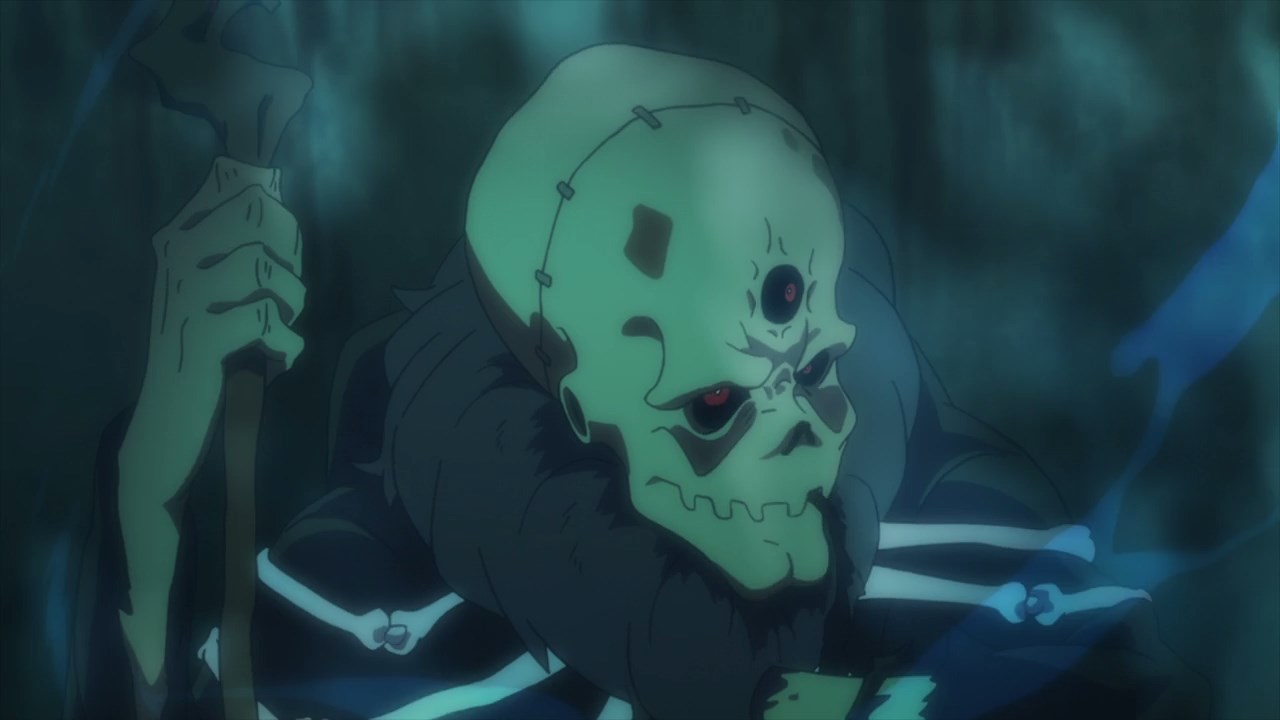 Well, this demom general has something to pull as Deathmagla is emiting some dark fire energy. Man, I’m scared of what’s coming up next! 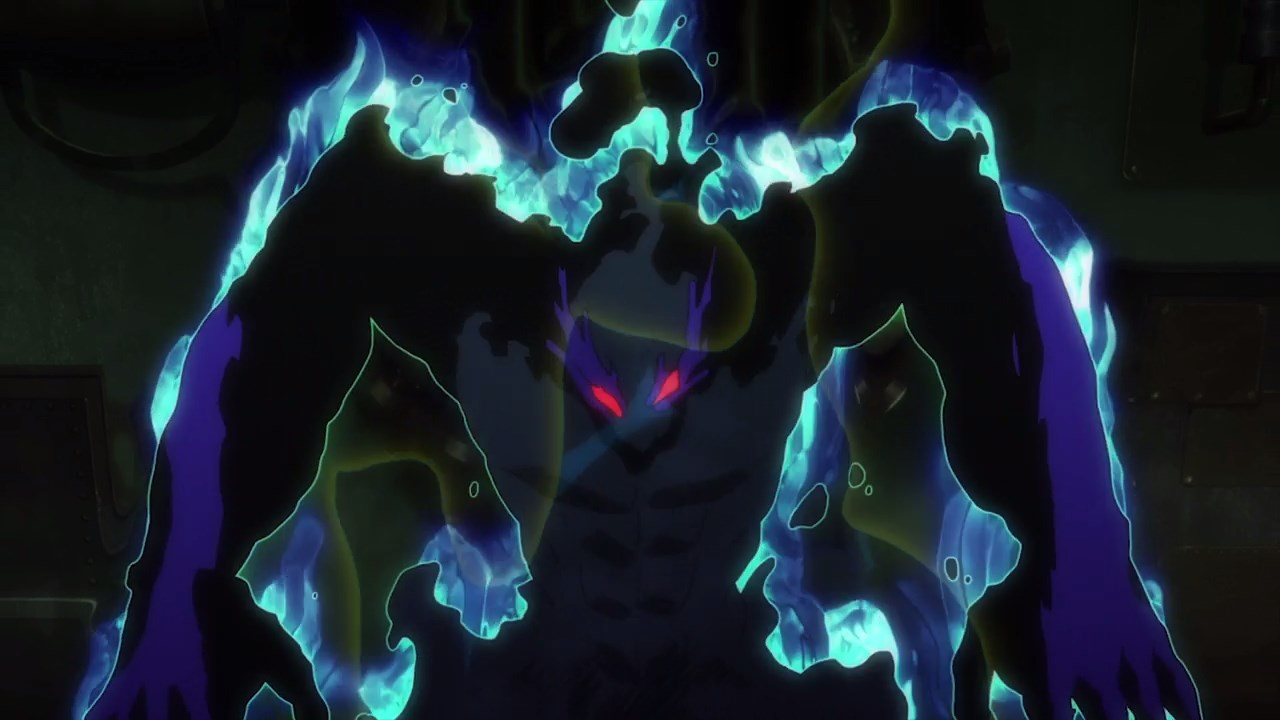 Anyways, Deathmagla summoned Dark Firus where despite having a silly name, it’s actually one of the strongest monsters that he created.

Oh yeah, and it’s one of the toughest as Deathmagla made sure that its defenses and immunities are maxed out… except for ice magic and oscillation. Basically, Seiya Ryuuguuin stumbled upon a battle that’s unwinnable due to his fire magic and swordsmanship. How will he overcome it? 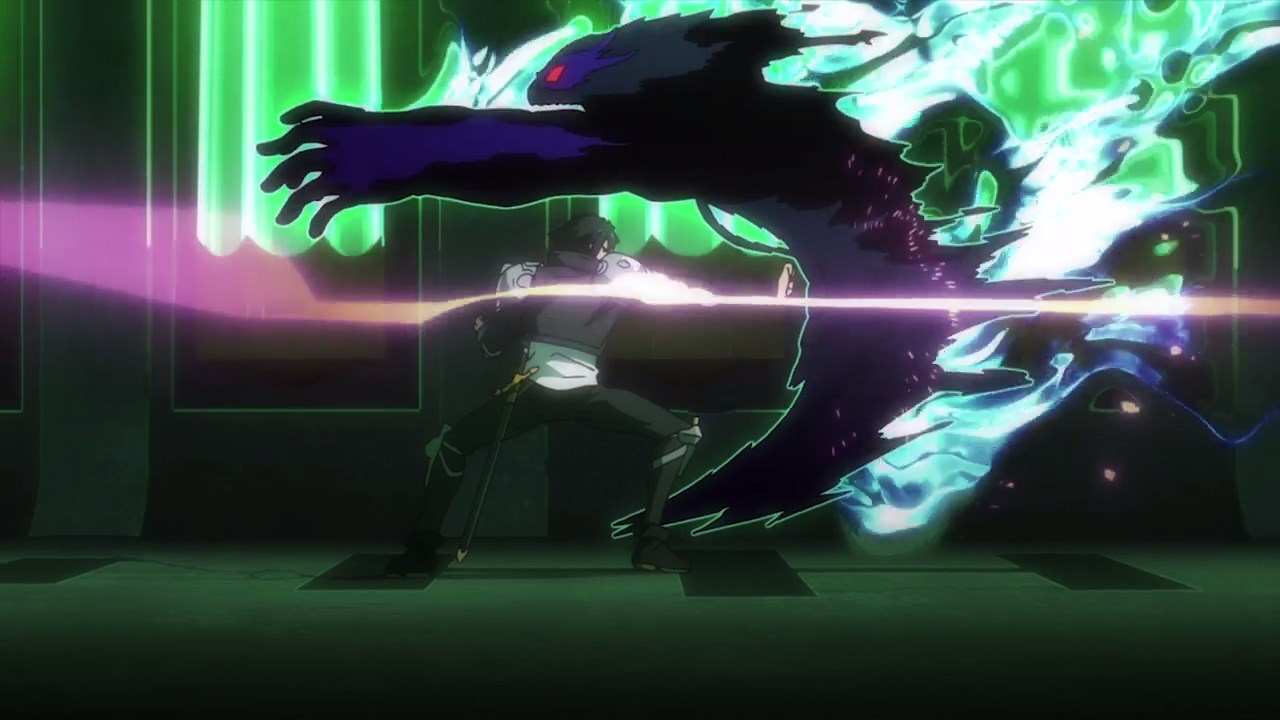 Simple, he’ll just abandon his sword and use his fists to pummel Dark Firus into submission. First off, Seiya uses Oscillatory Wave to destroy the monster’s defenses. 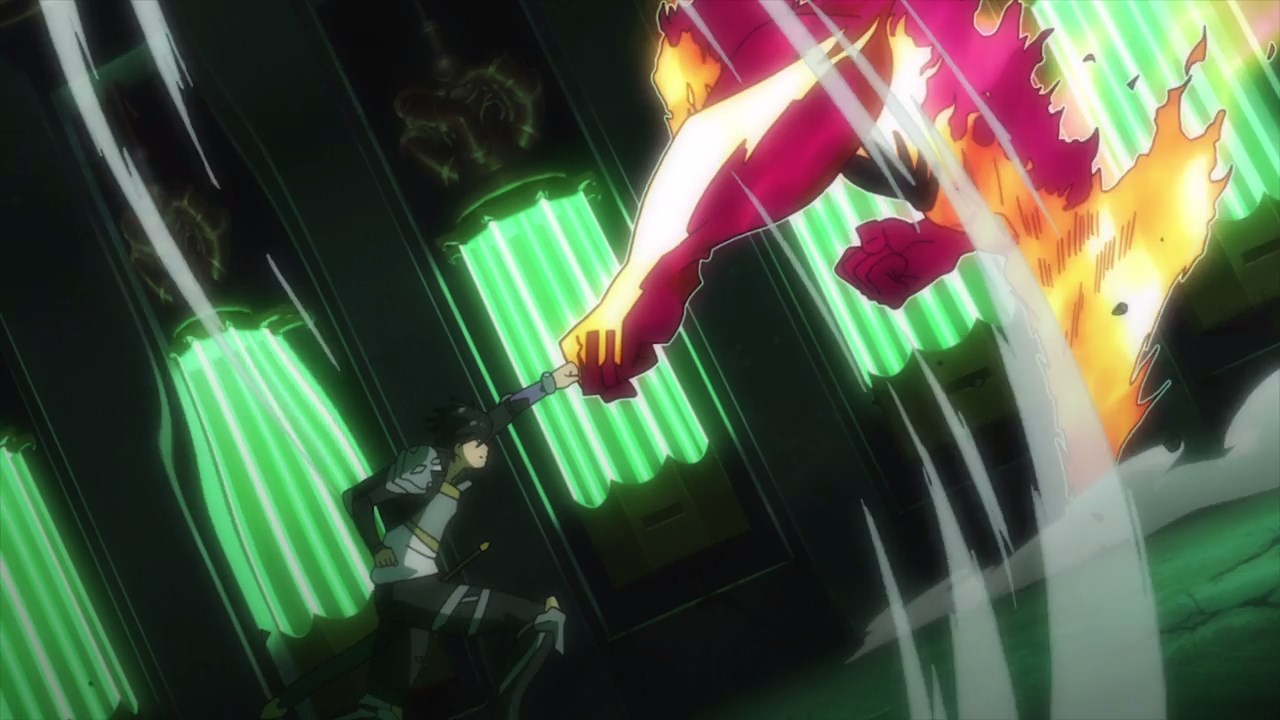 Once the outer shell has been cracked, Seiya Ryuuguuin proceeds to punch Dark Firus, although it’s a bad idea to punch this monster since it’s made with fire that can burn his skin. 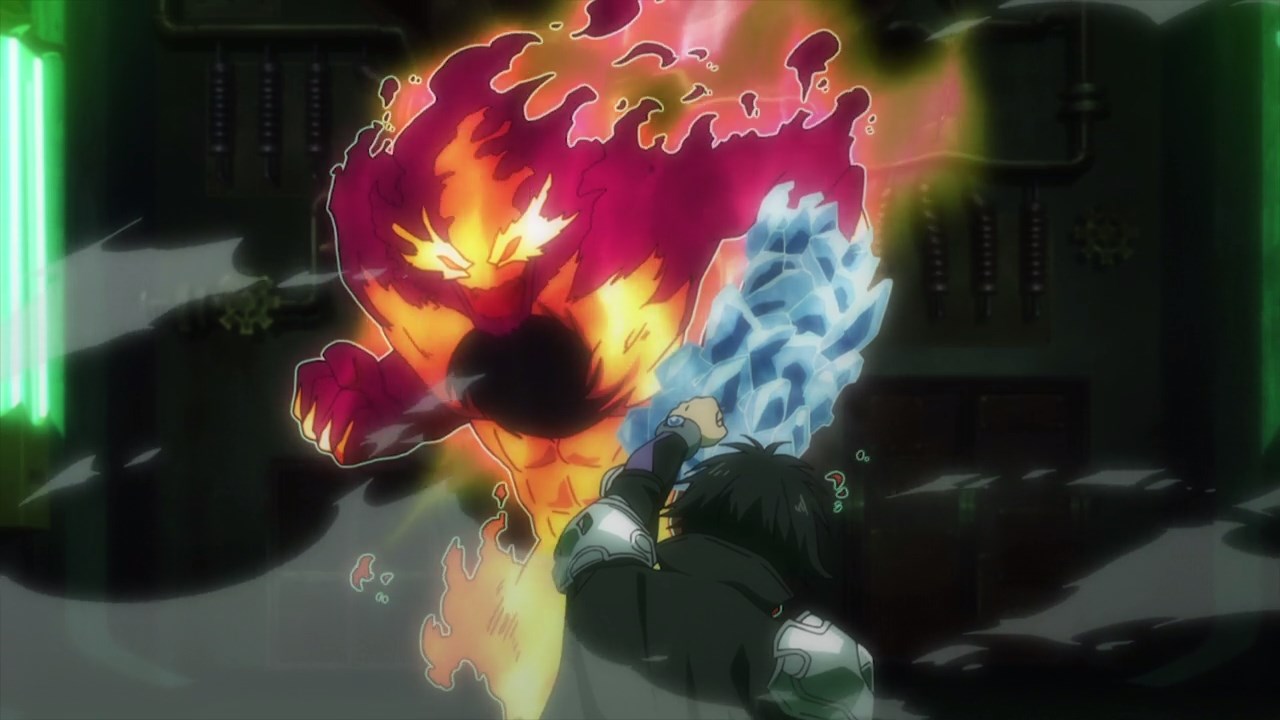 Not to worry though as Seiya has a bracelet that produces ice magic. Oh, and it’s made with Ristarte’s hair which means that Seiya created overpowered items! 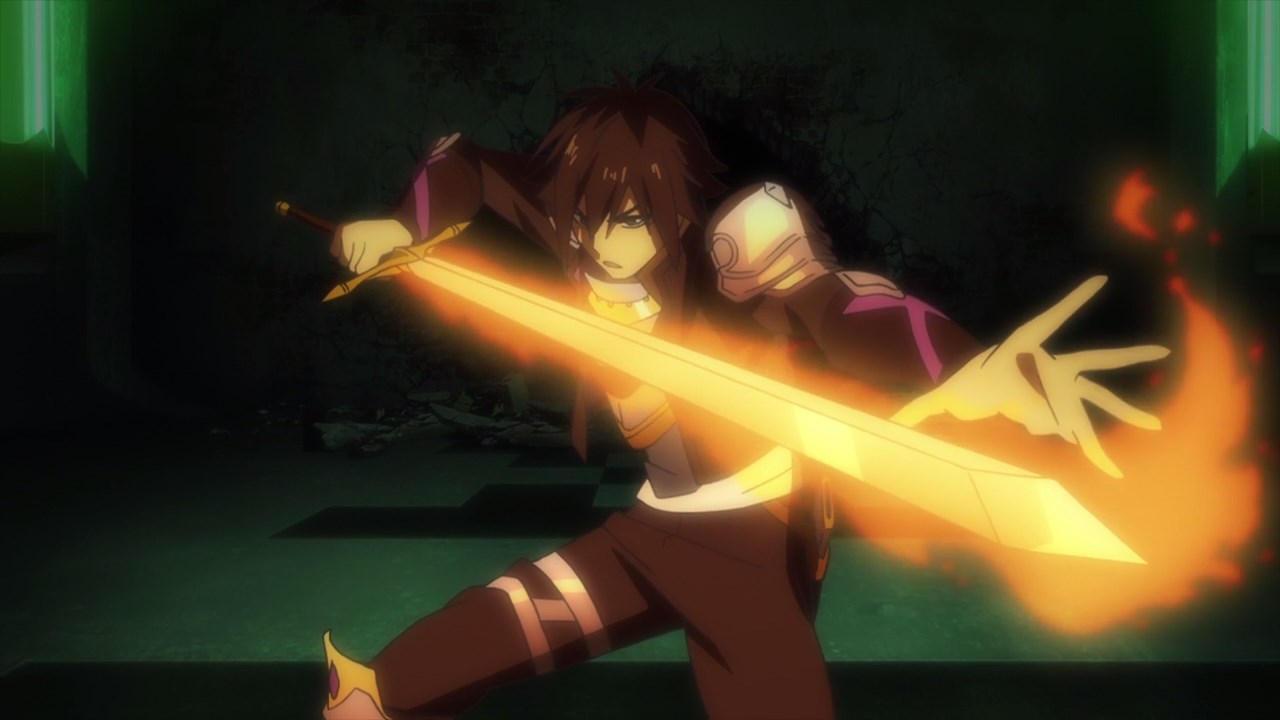 But now that Seiya has turned Dark Firus into an ice sculpture, it’s time for the cautious hero to finish Deathmagla’s finest creation. 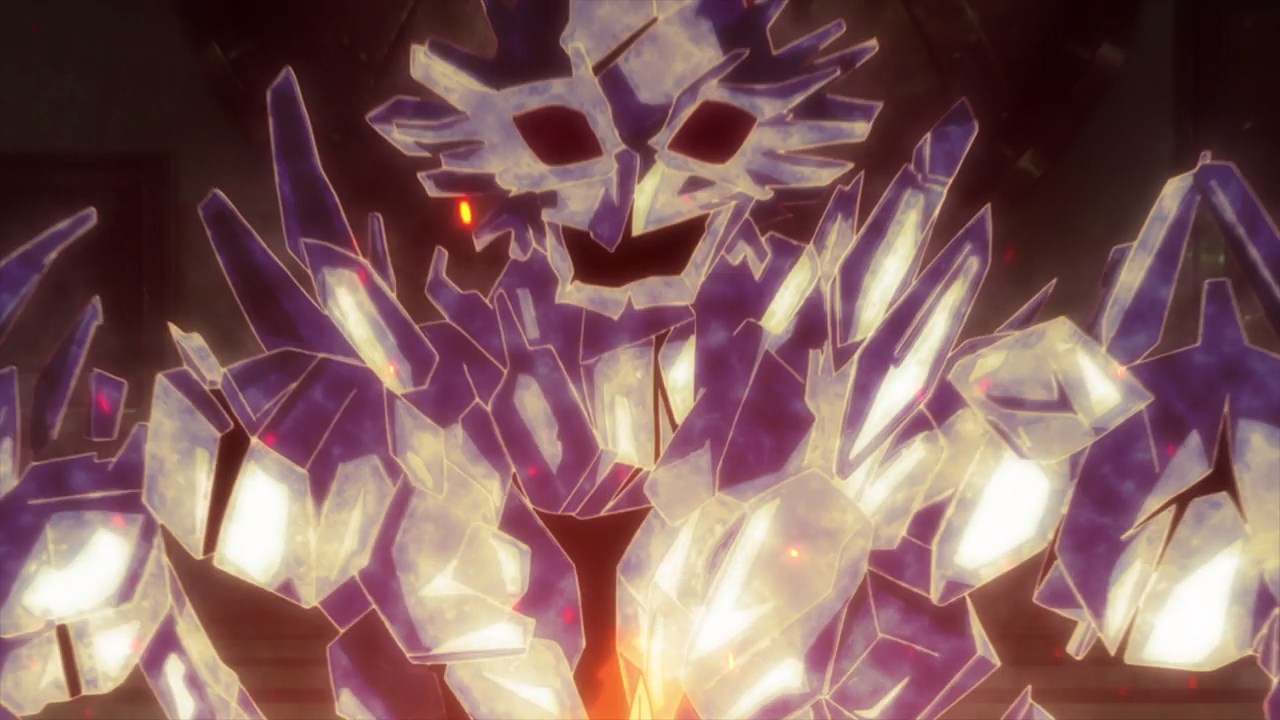 And so, Dark Firus is finally destroyed and really, Deathmagla shouldn’t gloat on how powerful his creation is because Seiya Ryuuguuin will find ways to defeat it.

But even if Deathmagla won’t tell how it was created, the cautious hero will defeat Dark Firus because he’s way more cautious than the general! 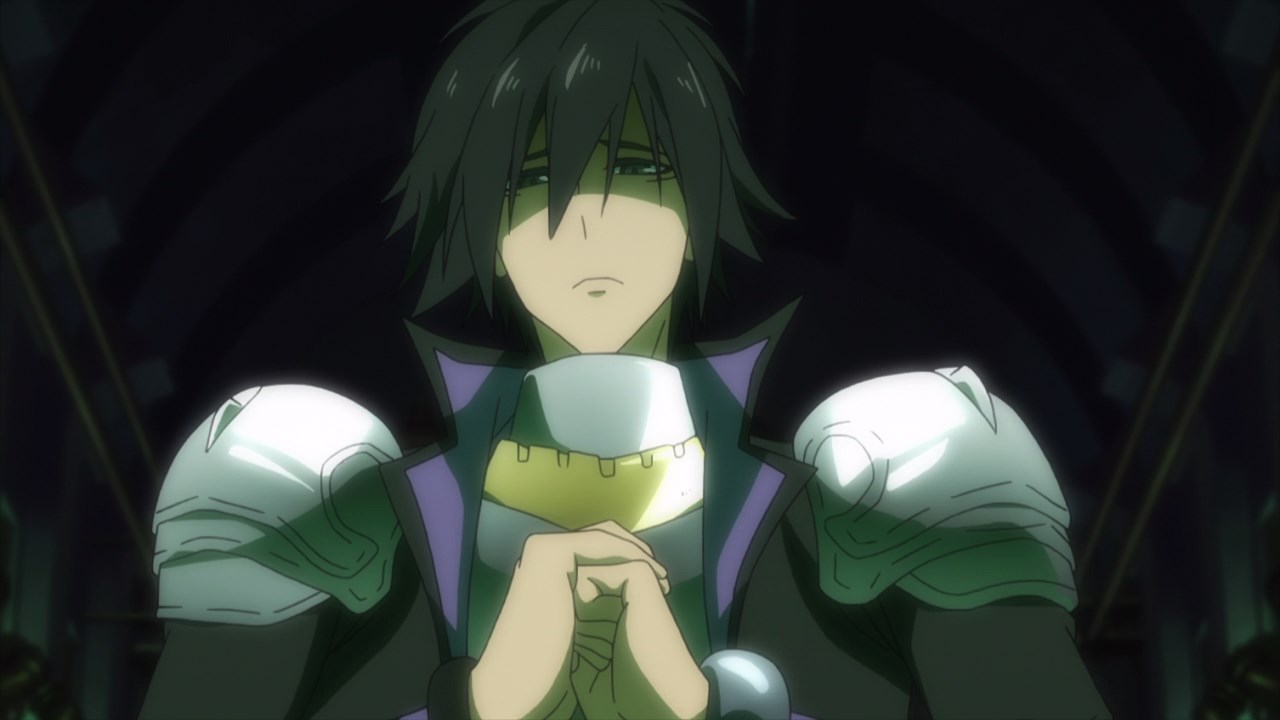 Now that Dark Firus is reduced to nothing, it’s time for Seiya Ryuuguuin to beat Deathmagla into a pulp with his fists. 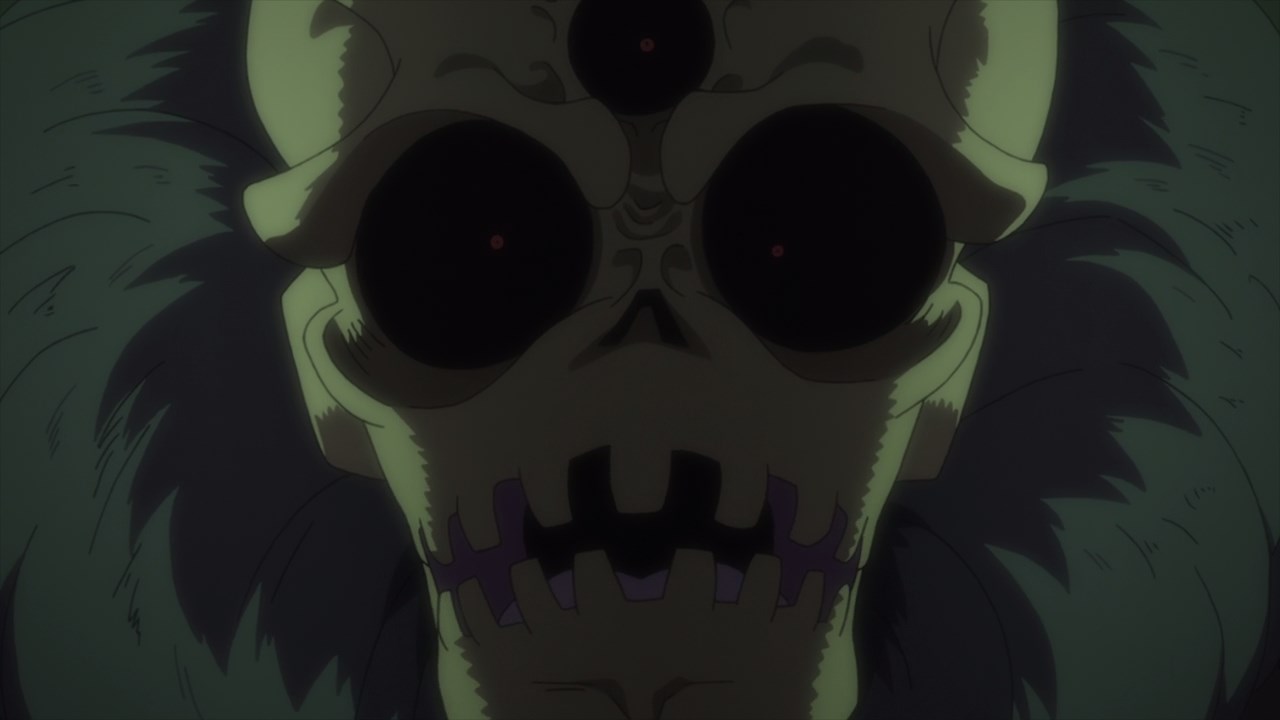 As for Deathmagla, he’s gonna have a bad time because this demon general will experience the pain of being ground and pound by the cautious hero, much like Seiya pummeled Cerceus until he gave up. 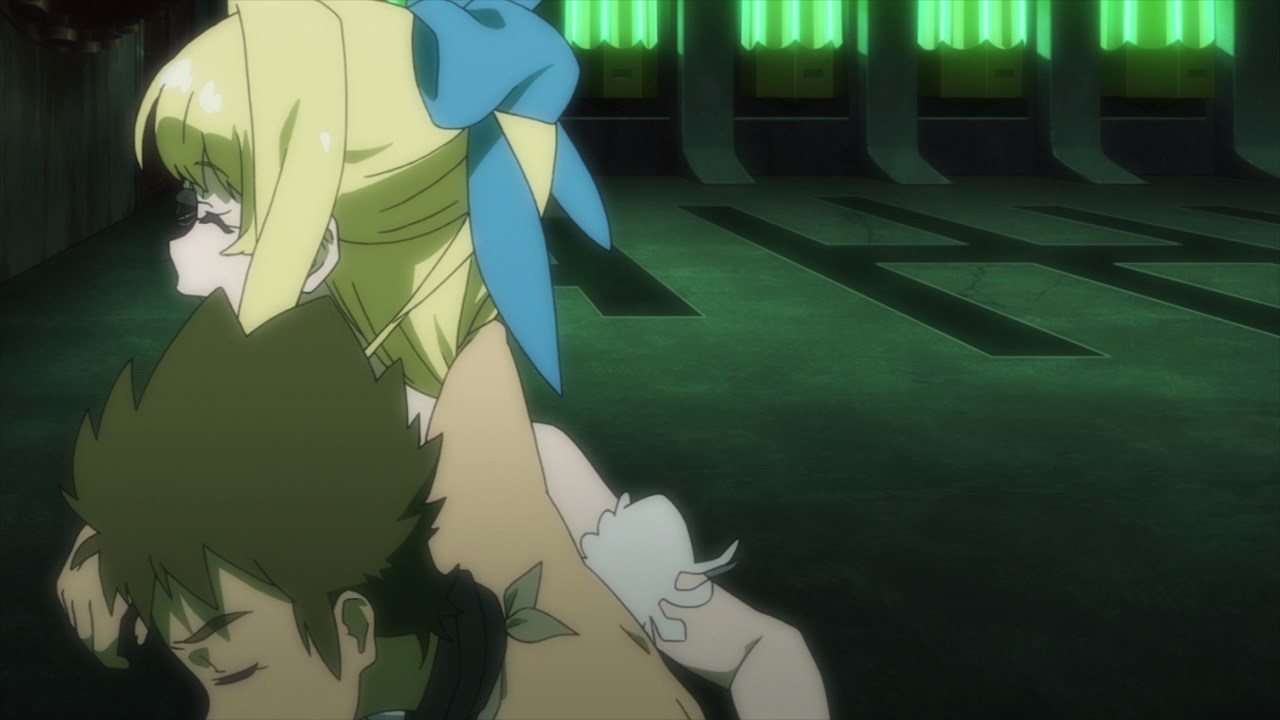 And as for Ristarte, she’ll just walk away along with Mash. I guess Ristarte doesn’t want to see the horrors of a cautious hero beating the shit out of an enemy.

But that’s about it for this episode and well, looks like the Demon Lord and his army needs to be more cautious from now on since they’re dealing with one overtly-cautious hero. But even then, Seiya Ryuuguuin will be fully-prepared to defeat them!