Posted on November 3, 2019 by benigmatica 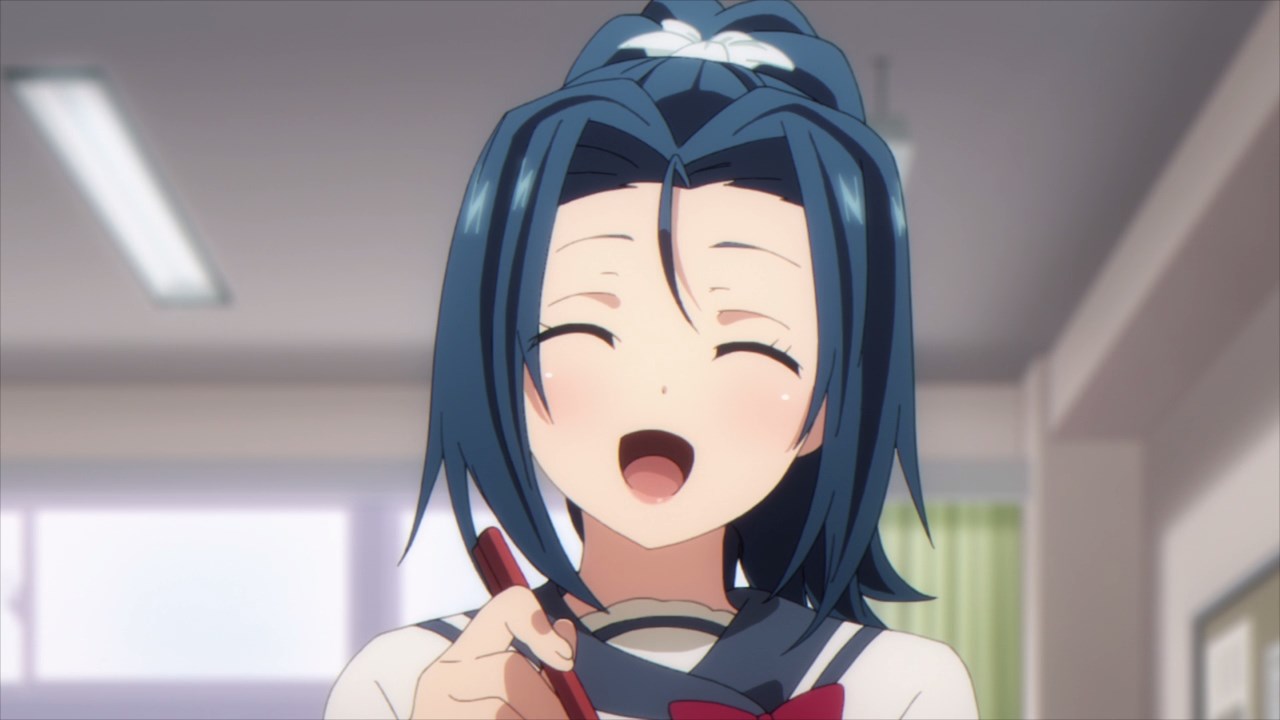 Hey everyone, we got a new character introduced named Hina “Asunaro” Hanetachi who’s a reporter at the newspaper club. 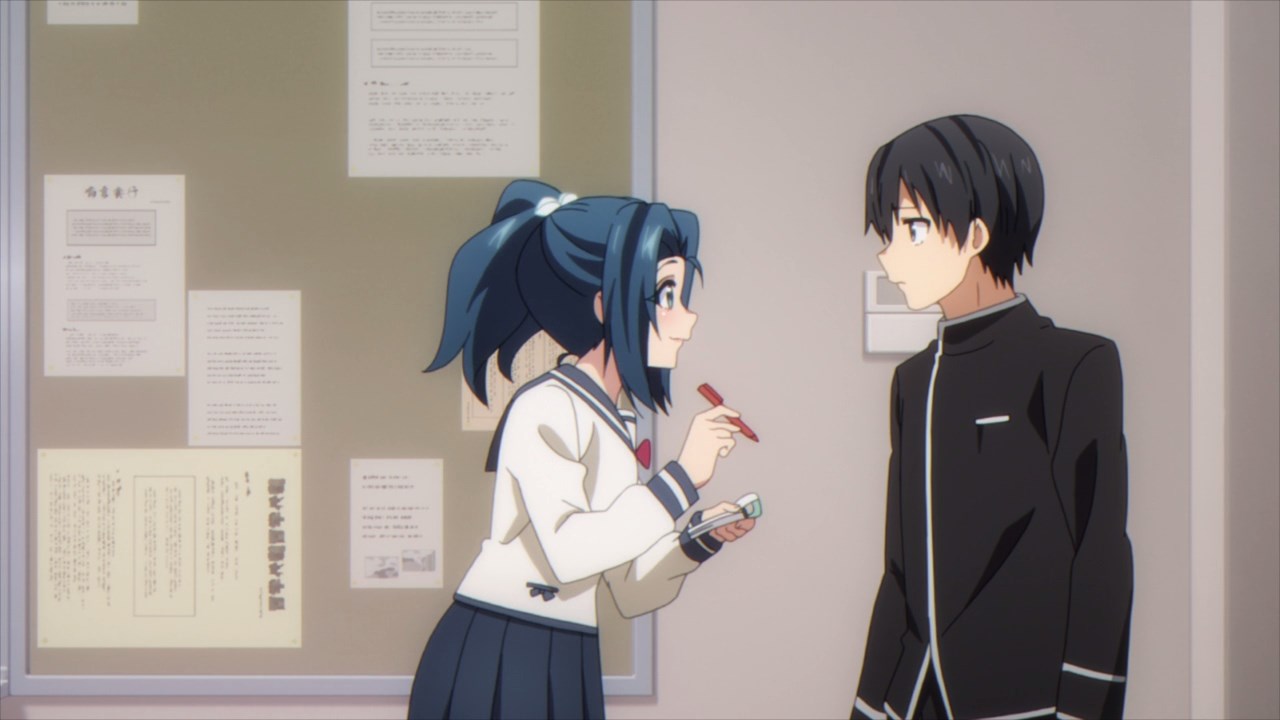 And as you can see, Asunaro asks Amatsuyu “Joro” Kisaragi for a survey in regards to the upcoming Flower Festival. By the way, there’s an urban legend regarding the Flower Festival in which the chosen boy will marry one of three girls during the dance event. 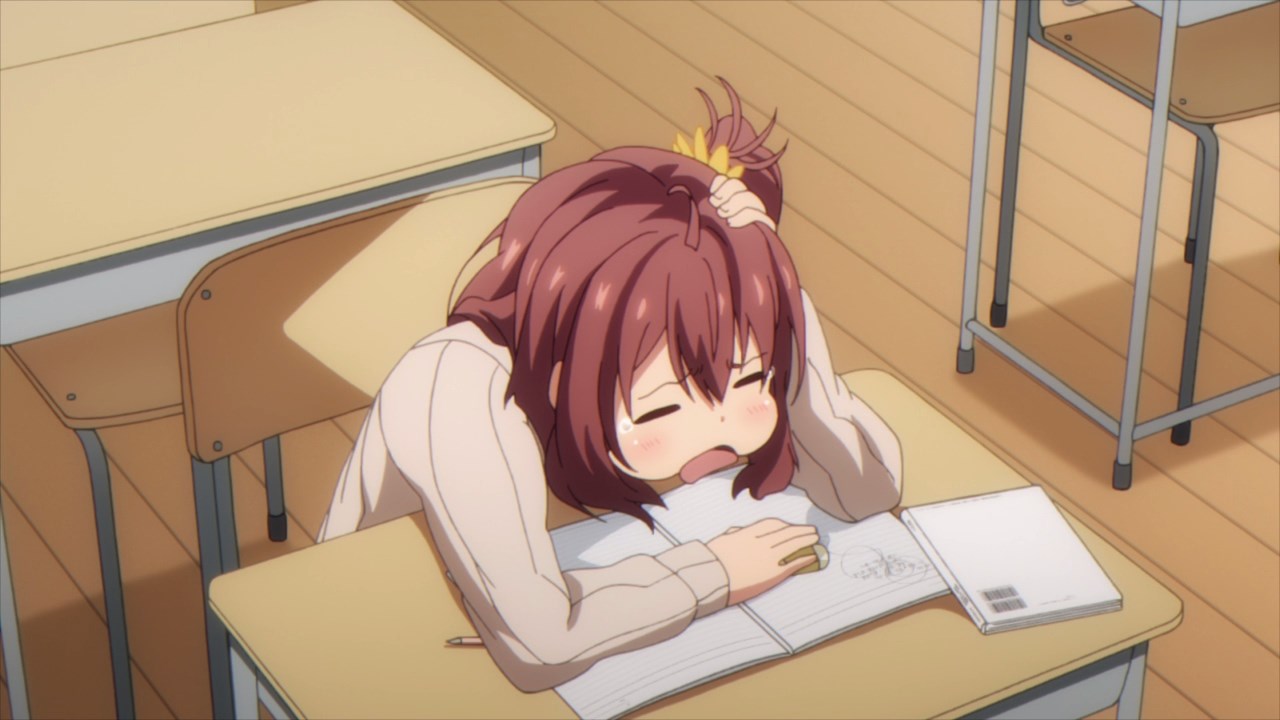 But you know what, we’ll deal with the Flower Festival later down the line as we have Aoi “Himawari” Hinata who’s having a crisis in regards to her grades.

Heck, Himawari fears that she might take supplementary lessons should she fail on the upcoming midterm exam. 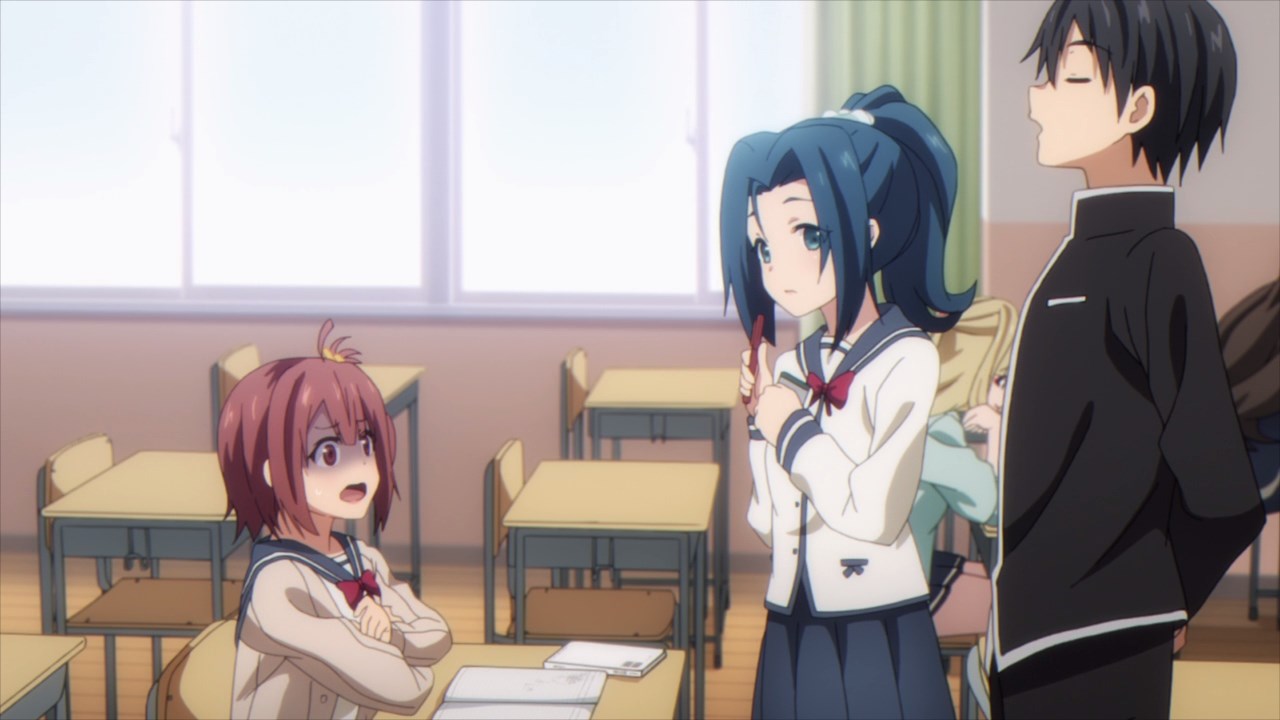 Luckily, Joro stepped in to help his childhood friend on her studies. Then again, Himawari doesn’t want to talk to him after what happened in Episode 3. 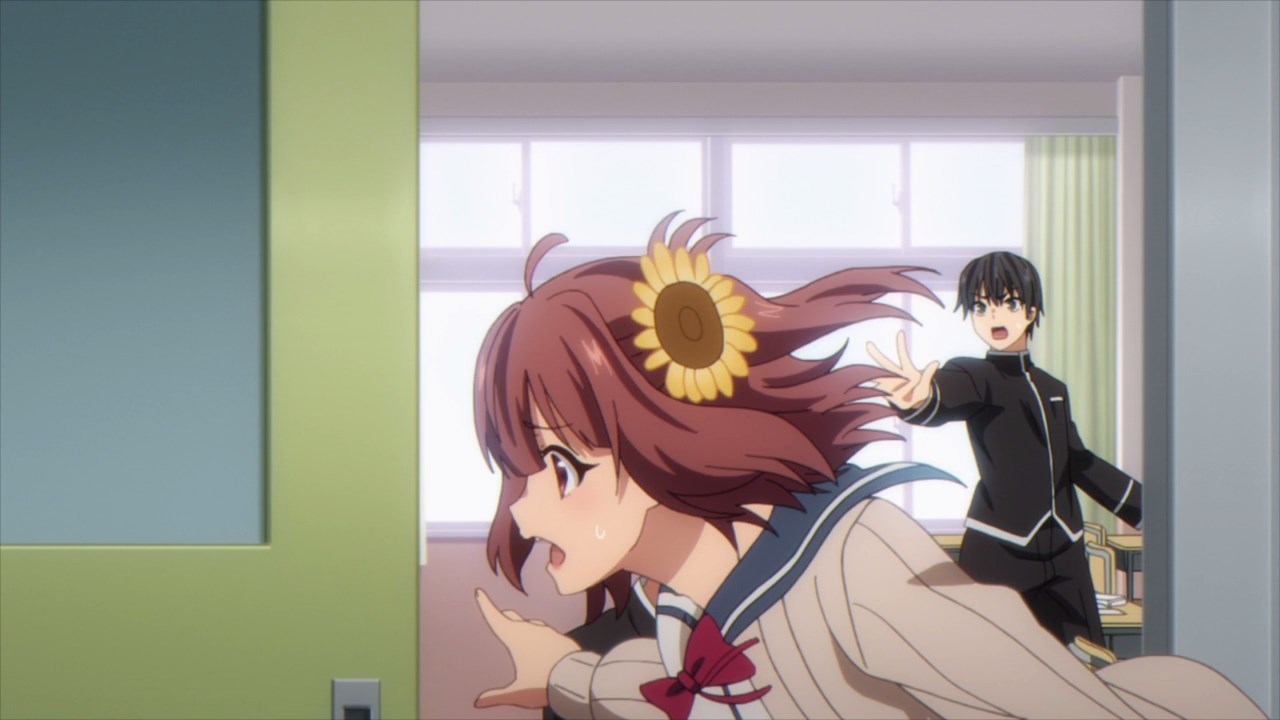 Thus, Himawari ran away from Joro. Man, is she still having some doubts on her childhood friend, especially after falsely accused him of lying? 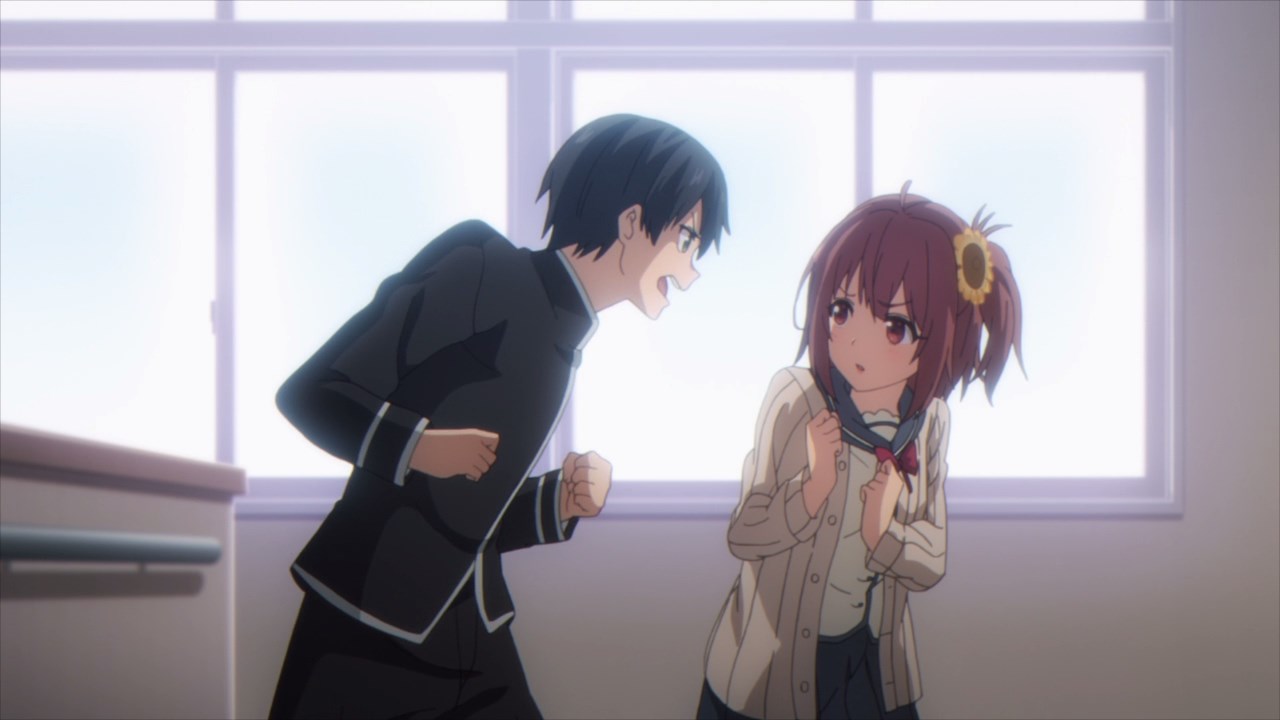 But you know what, I think it’s time for Himawari to drop her doubts on Joro as he really wants to make amends with her and become friends again.

Well, I have to say that “Joro” Kisaragi wants to be the nice guy to everybody while hiding his asshole attitude… unless you piss Joro off! 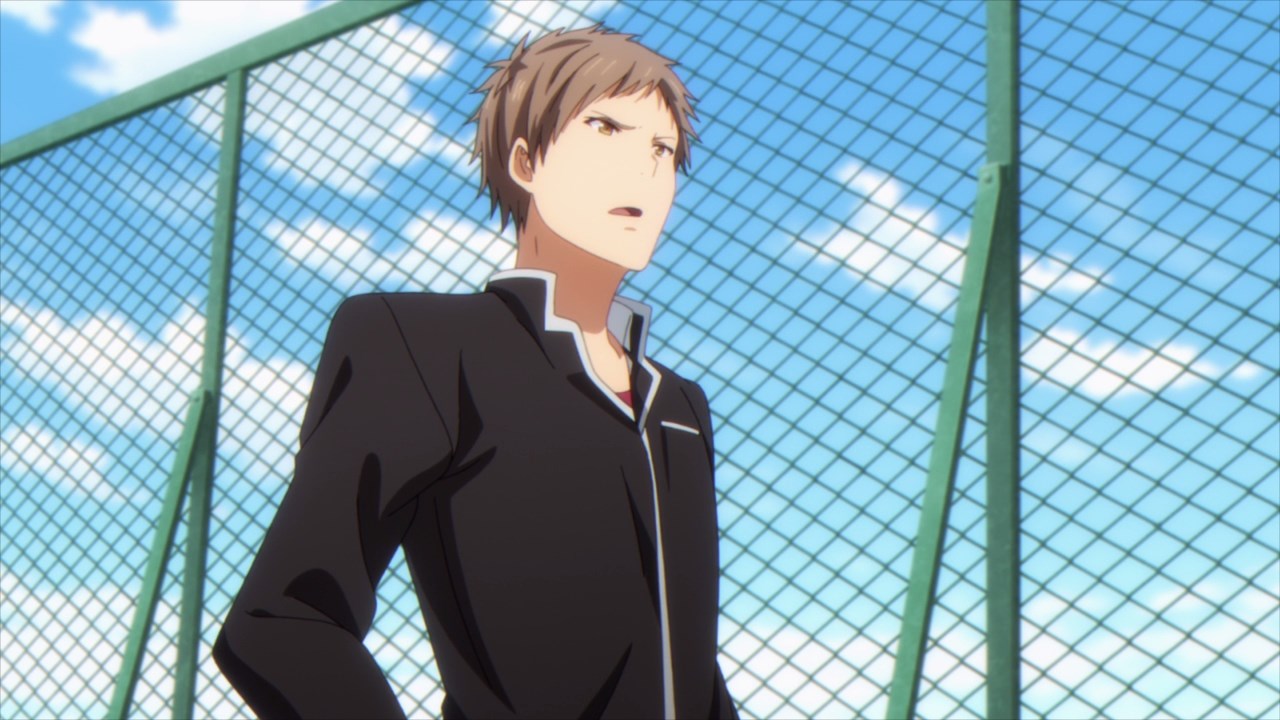 Now then, let’s move onto Taiyo “Sun-chan” Oga where he’s still salty towards Joro from the previous episode. 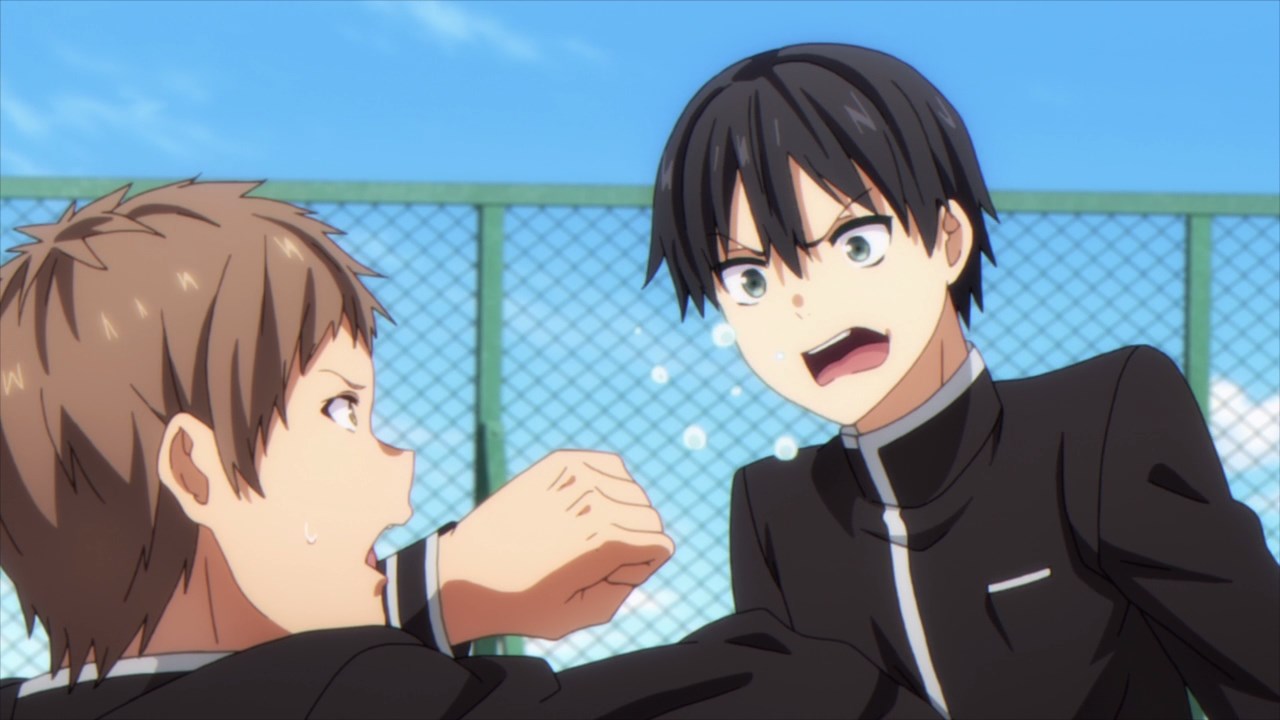 Of course, Joro wants to reconcile with his male friend because c’mon, are they still gonna act like assholes after Sun-chan lost to Joro? Guys, bury the goddamn hatchet! 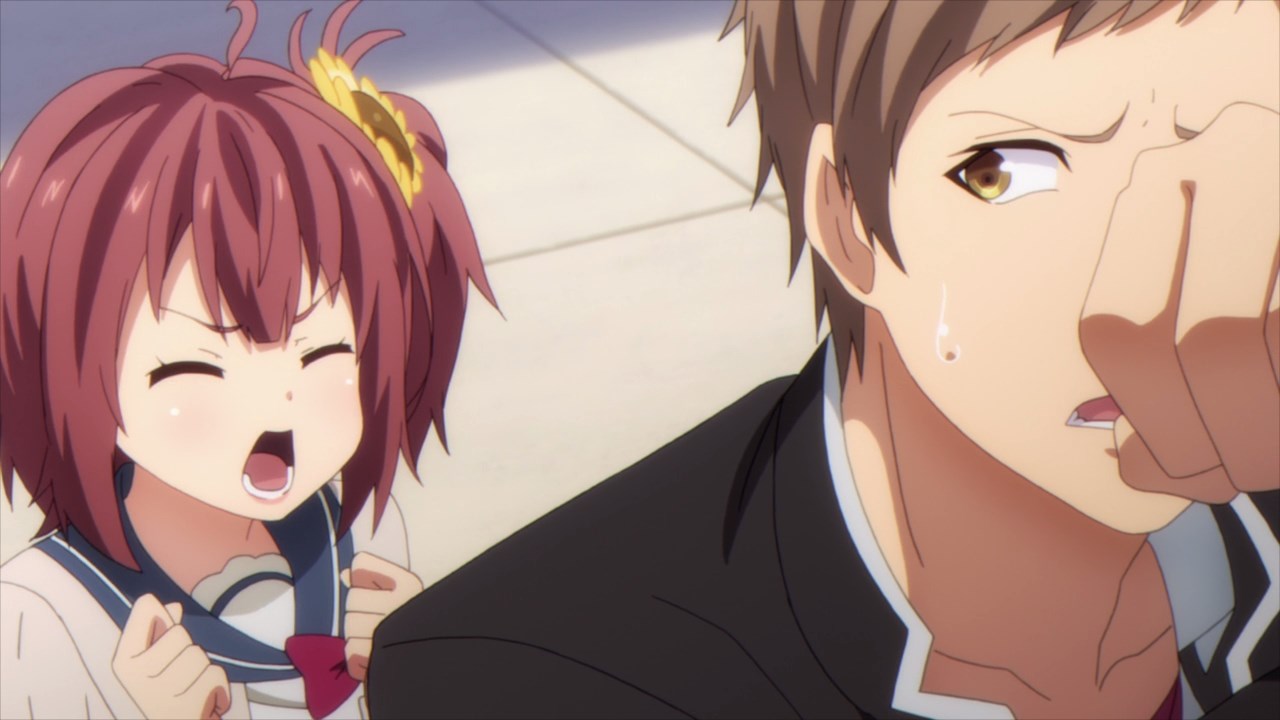 Even Aoi “Himawari” Hinata wants both Joro and Sun-chan to become friends again. Then again, I don’t know what “Sun-chan” Oga thinks after Joro tries to befriend him. 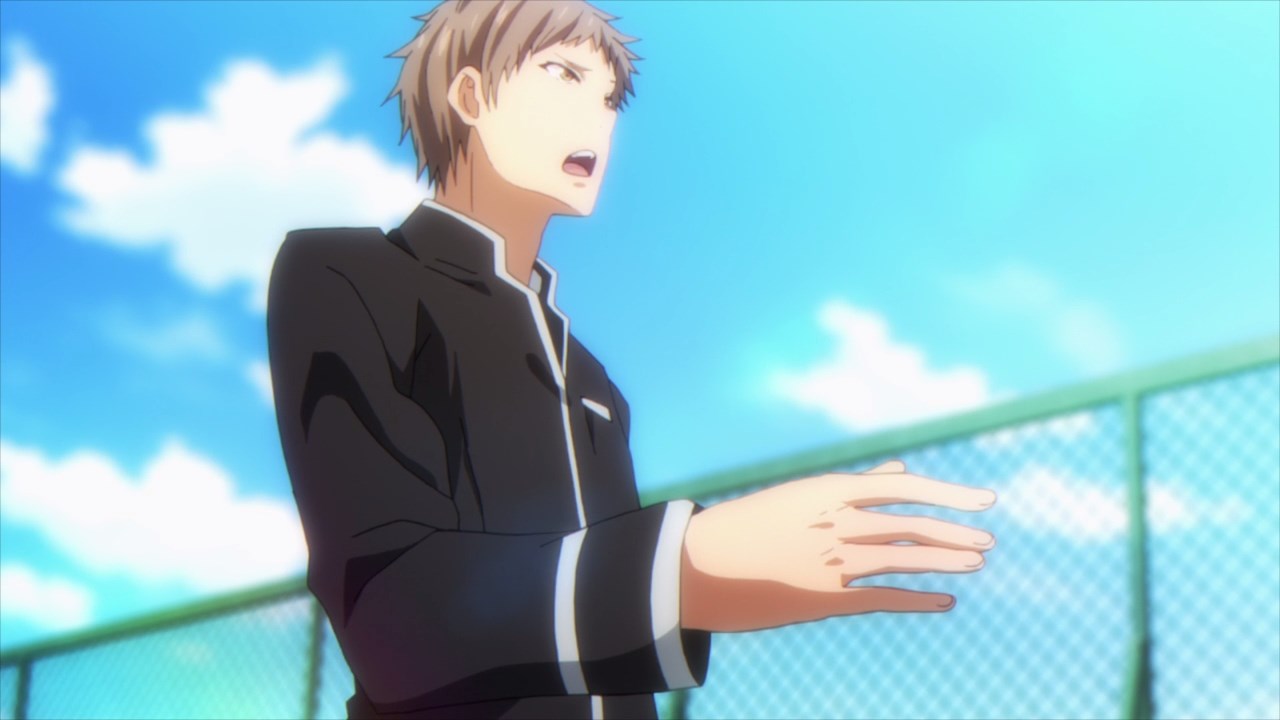 Well, it seems that he really wants to bury the hatchet and become friends with Joro. Great, looks like there’s no need to act like assholes anymore! 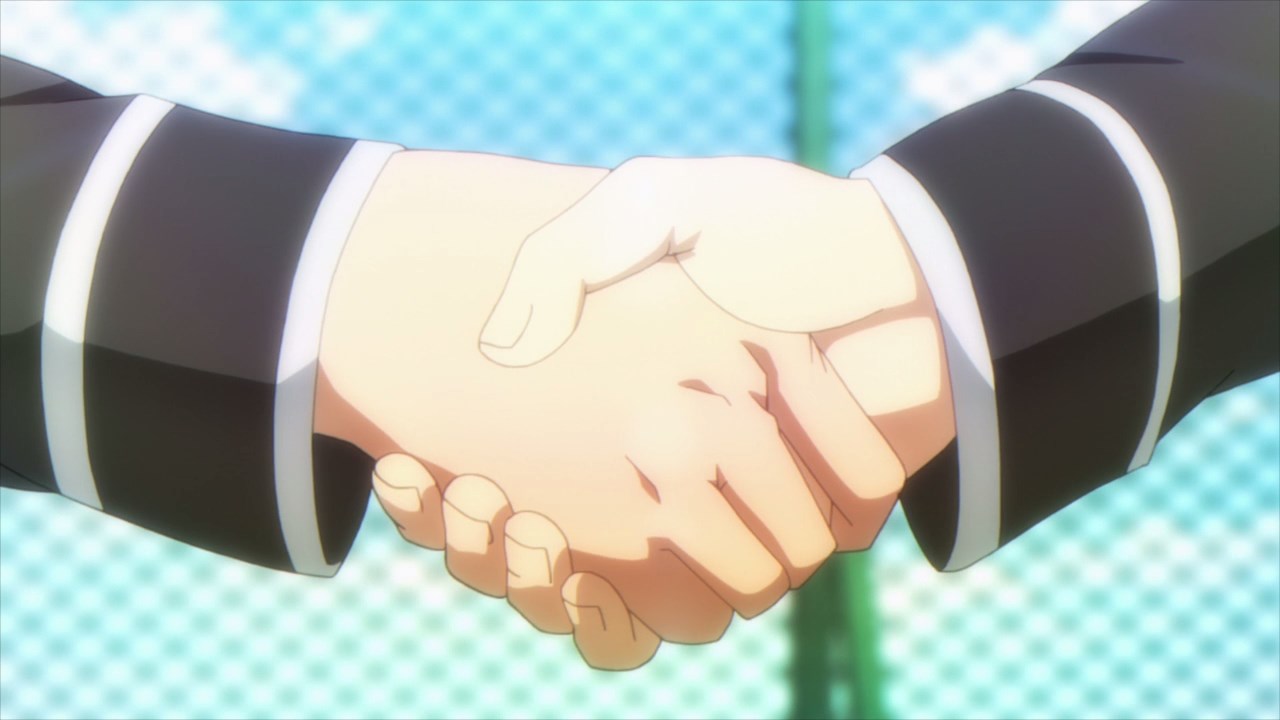 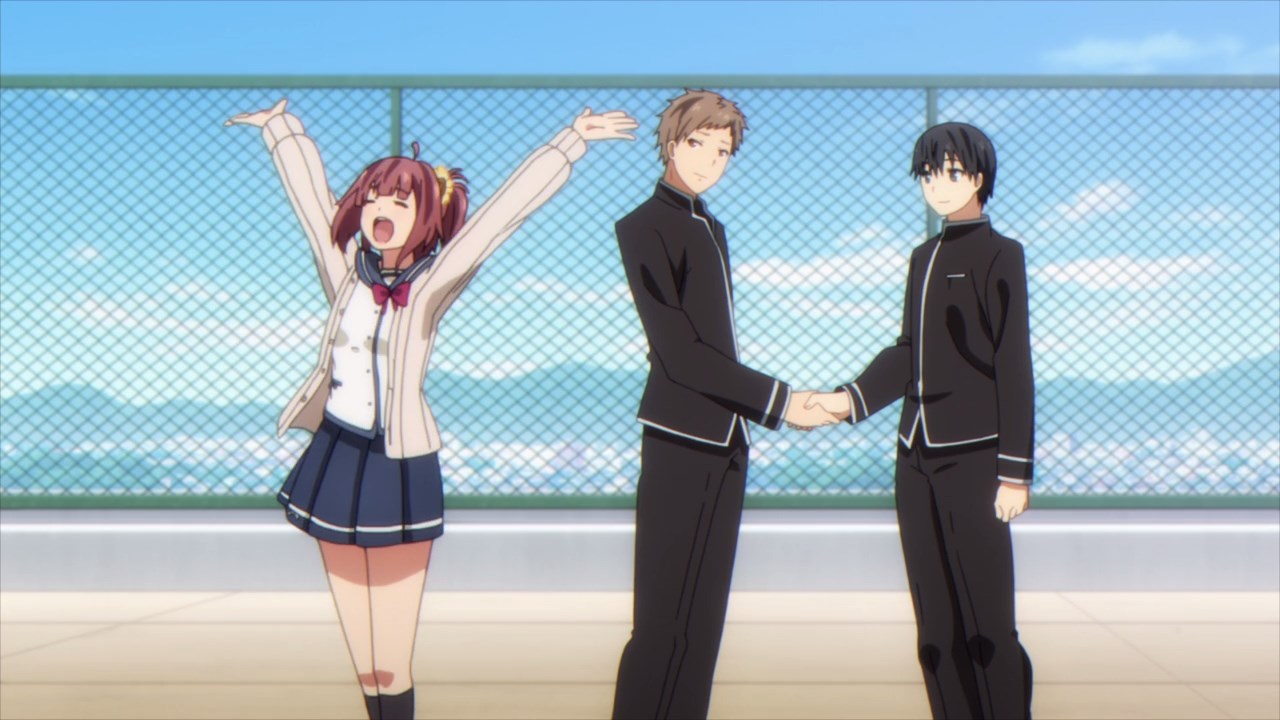 And so, both Taiyo “Sun-chan” Oga and Amatsuyu “Joro” Kisaragi are finally friends again. Yeah, even Aoi “Himawari” Hinata is happy about it!

Now, the only thing left to do is for Joro to reconcile with Sakura “Cosmos” Akino. 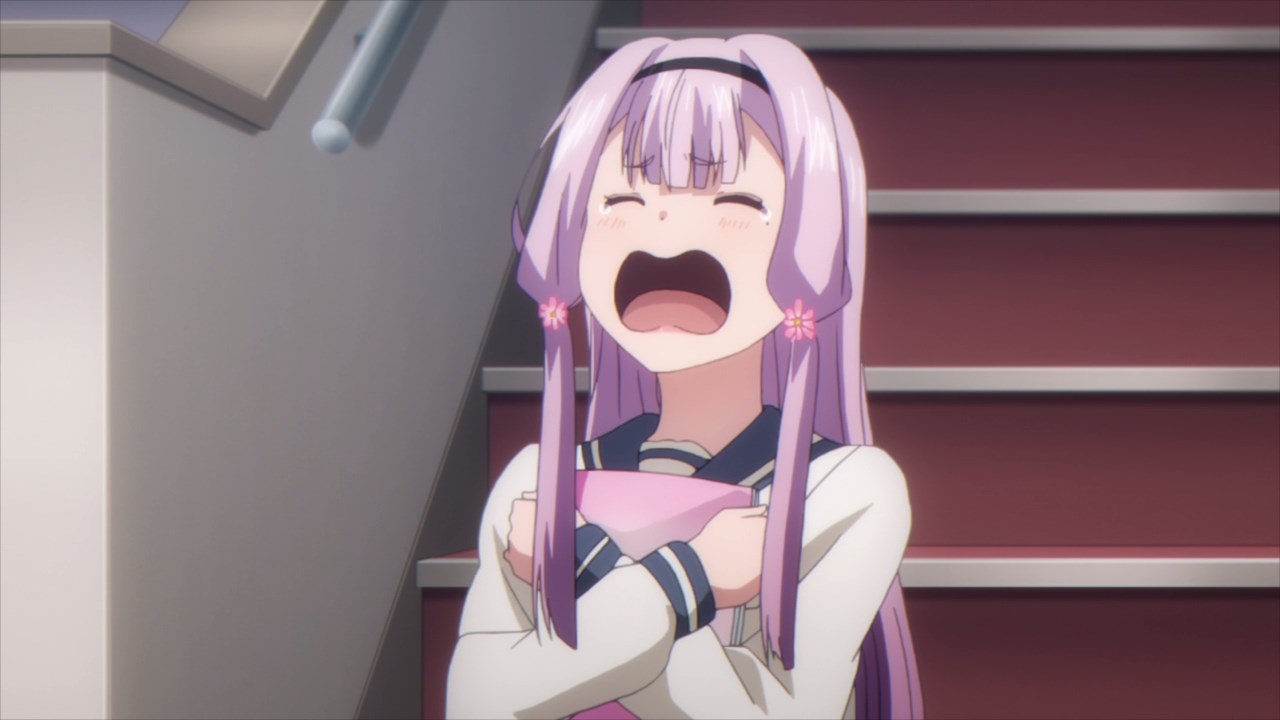 Unfortunately, this student council president is still hurt over what happened in the previous episode. Man, I wanna tell President Cosmos to move on with your life already, but she won’t listen! 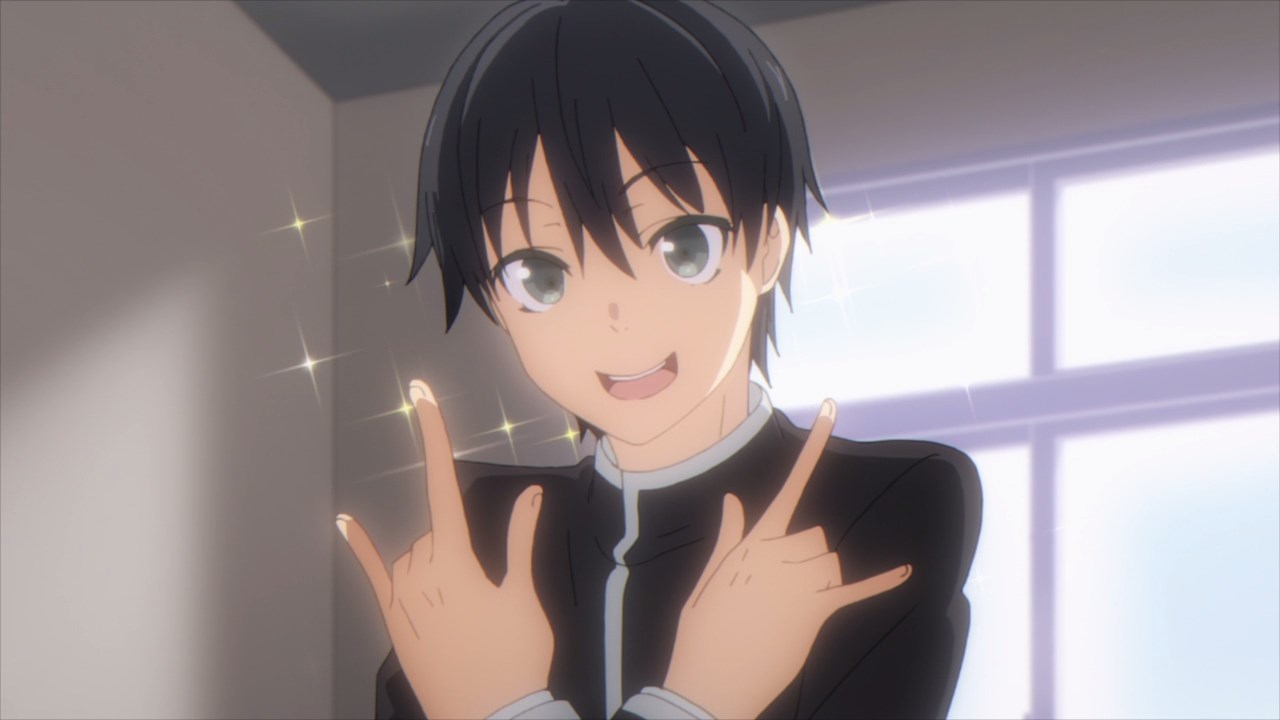 But you know what, I think Joro will do anything to bring back the good faith towards Cosmos… by performing a cheesy reconciliation. Damn, Joro looks so goofy! 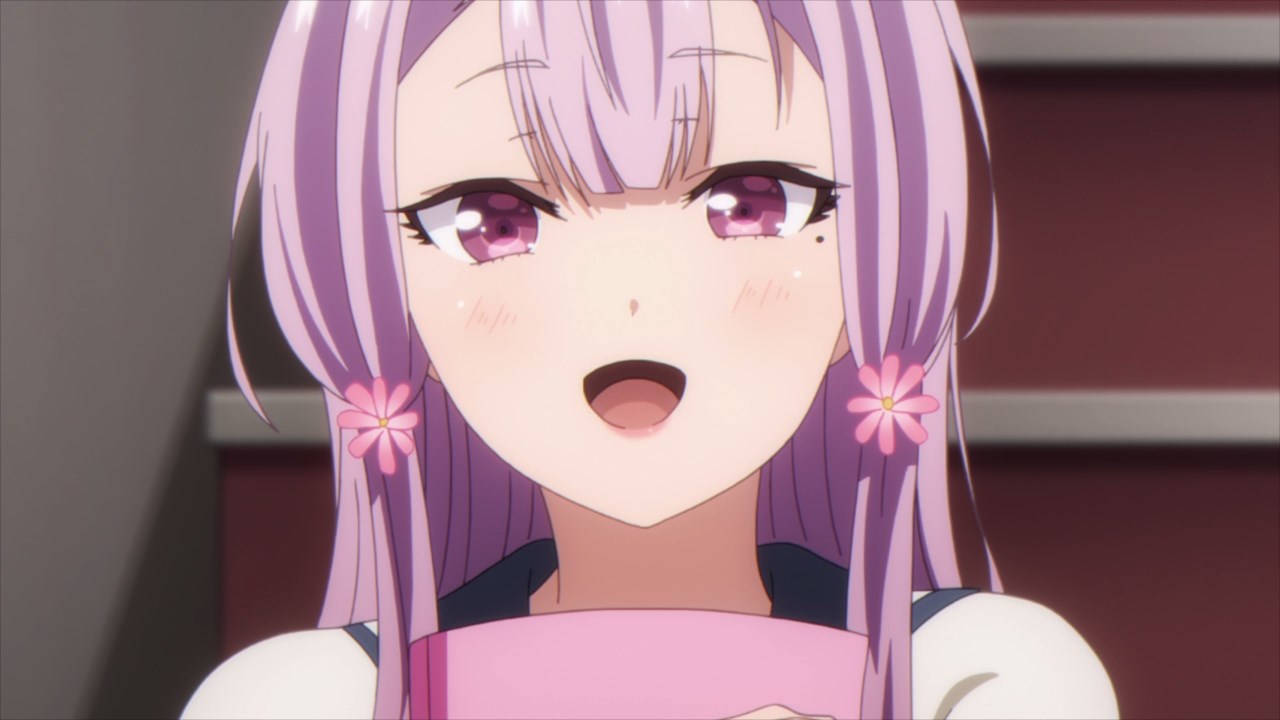 But hey, it works as President Cosmos has finally accept Joro’s reconciliation. Now, there’s nothing to worry about getting distant towards him and his friends! 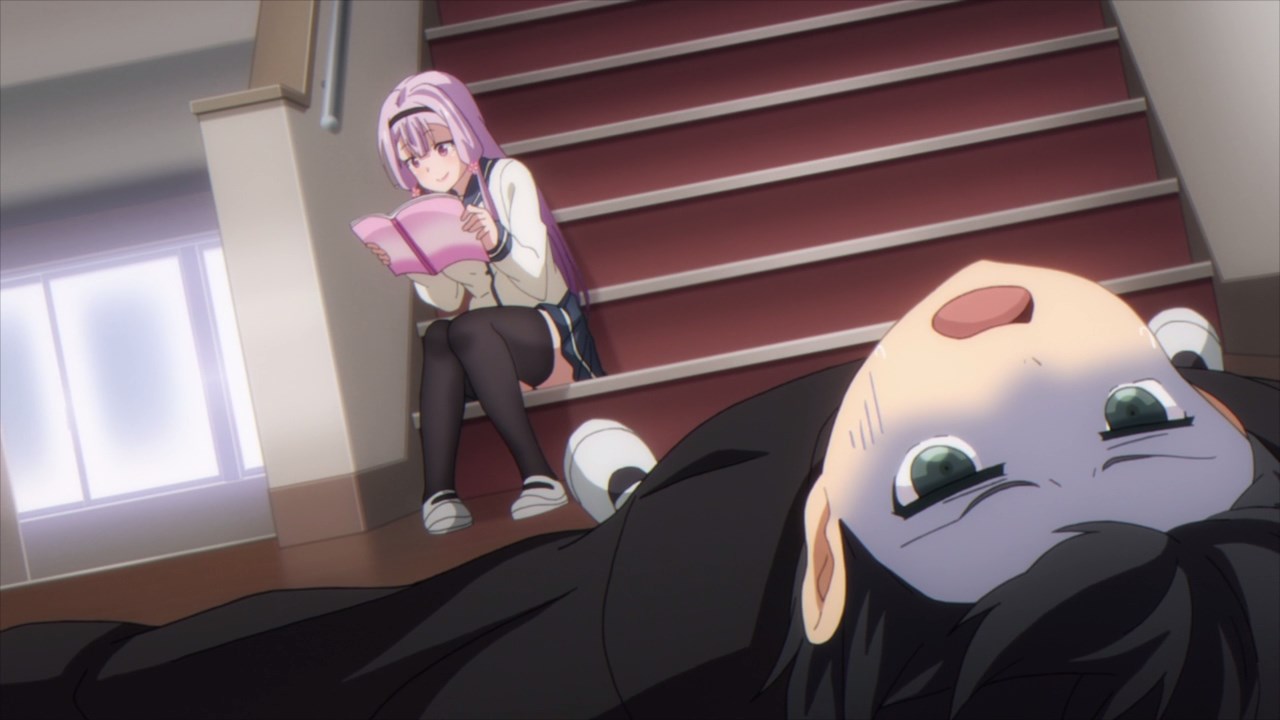 Then again, Joro-kun might die from embarassment because of that goofy move he pulled to make up with Cosmos. C’mon Joro, you gotta live! 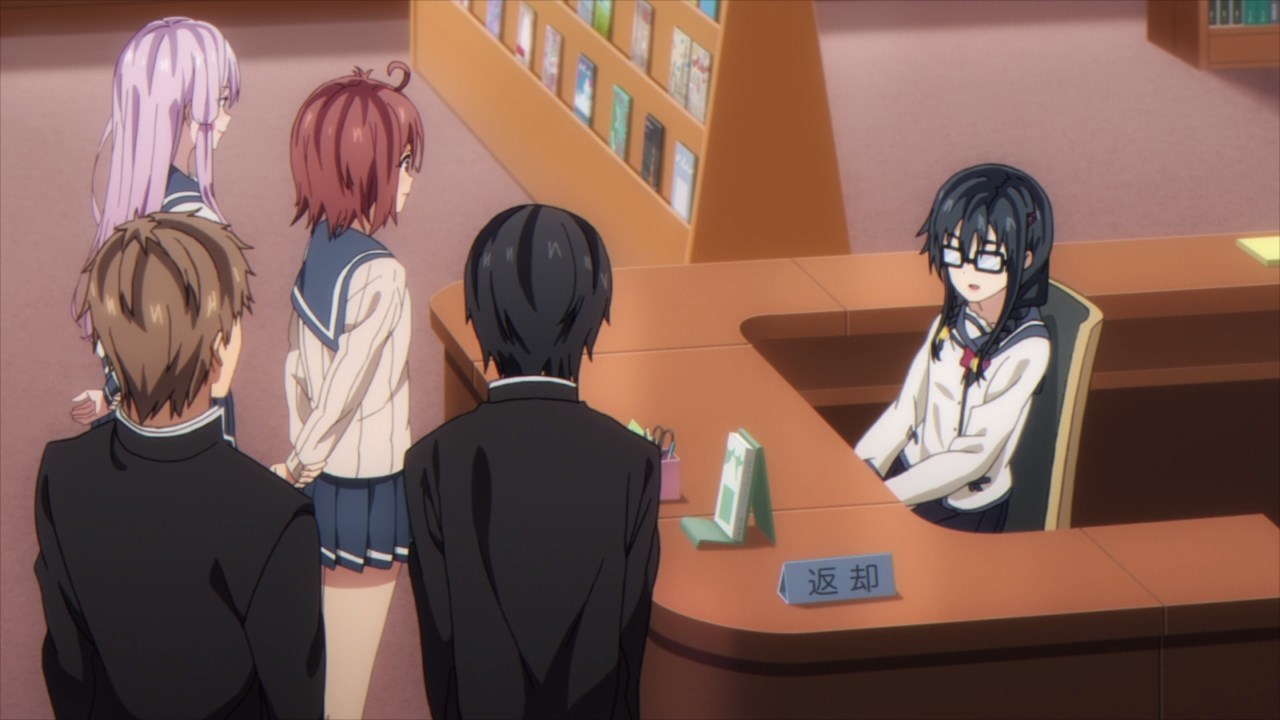 Now that Joro has finally reconciled with Sun-chan, Himawari, and Cosmos, it’s time to study for the upcoming midterm exam as they went to the library.

Oh yeah, here’s Sumireko “Pansy” Sanshokuin where she’ll help them on passing the exams, especially those subjects where they failed at. 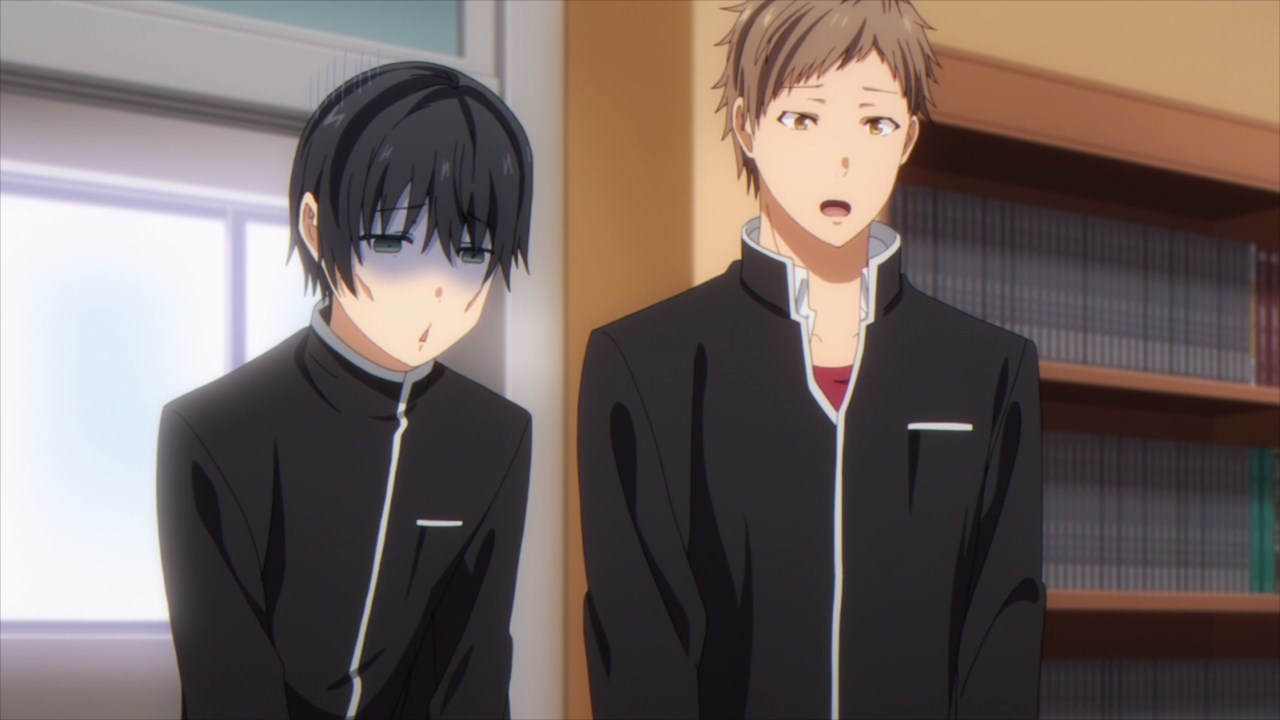 But anyways, looks like everything went well for Amatsuyu “Joro” Kisaragi and even though he got tired of reconciling with his friends, I think Joro will have a good study session at the library. Let’s hope that nothing bad will happen to him! 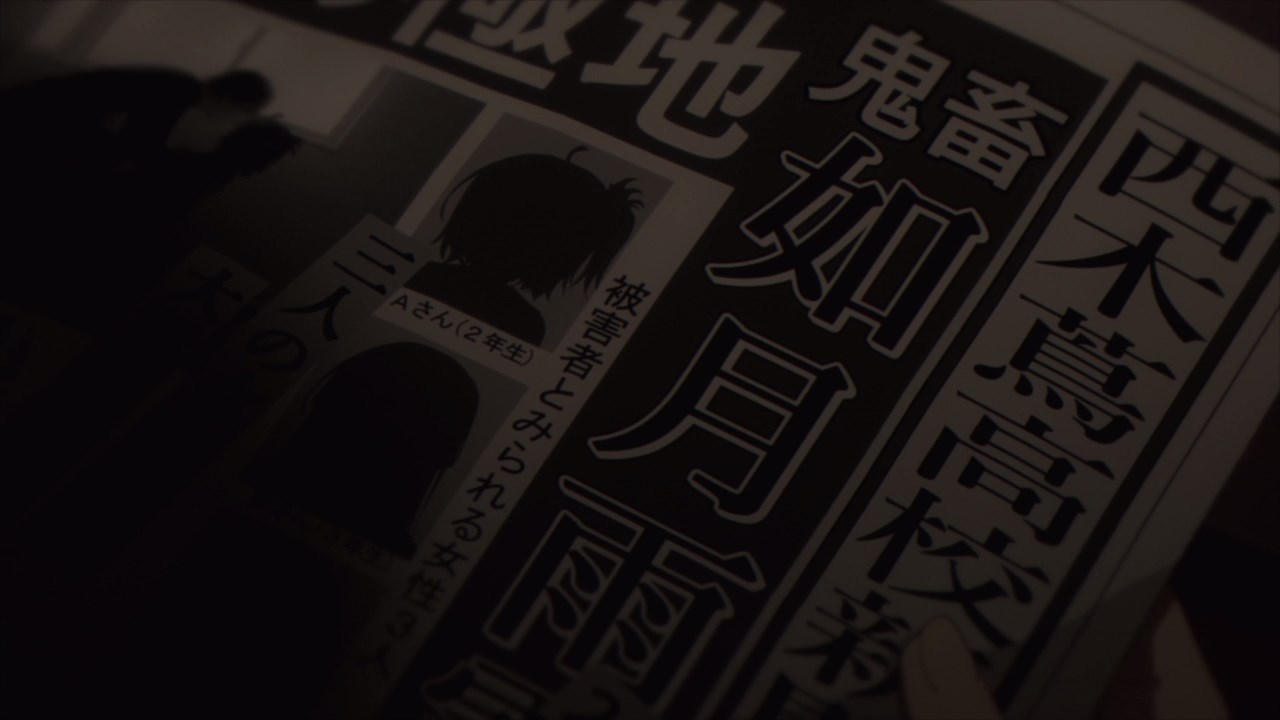 On second thought, I have a bad feeling that someone wants to ruin Joro-kun. But who would do such a thing? 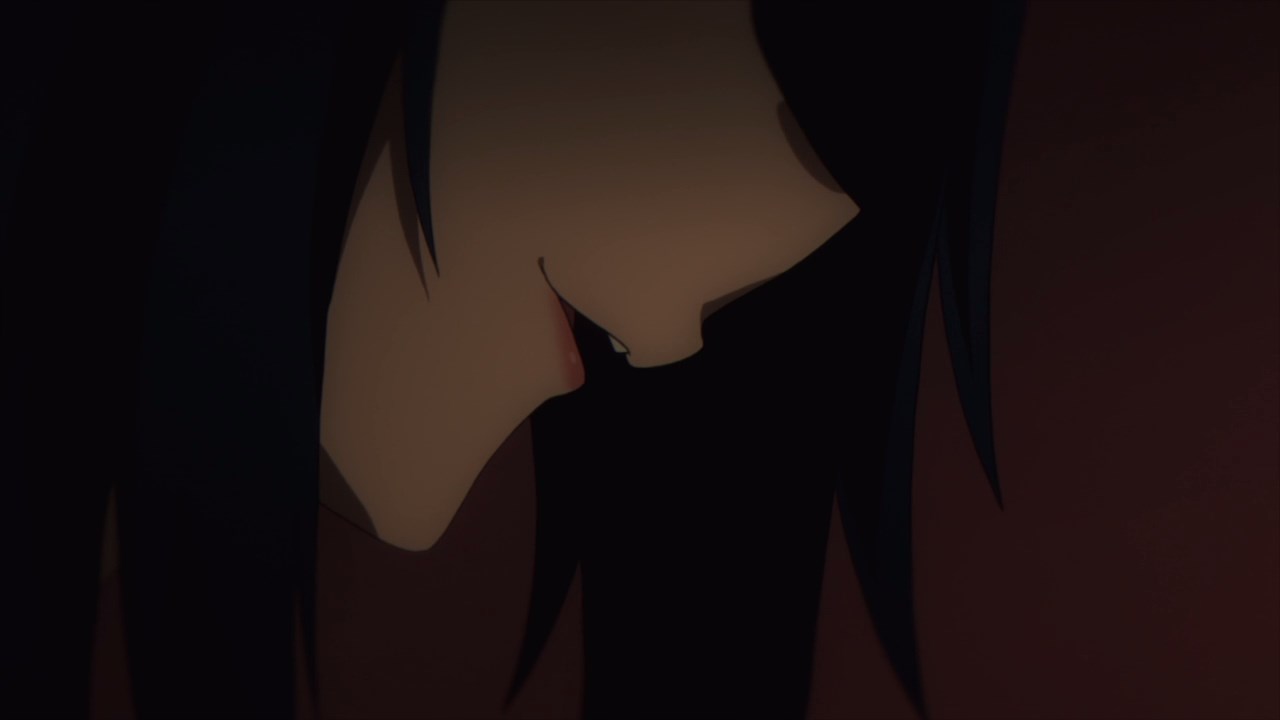 On the other hand, I feel that this girl wants to expose Joro as one of the scumbags. Oh boy, can “Joro” Kisaragi take a break from all the shit that’s being thrown at him?

Anyways, tune in next time to find out who’s this person exposing Joro and his evil behavior!