Posted on November 4, 2019 by benigmatica

Ah, Amatsuyu “Joro” Kisaragi. You probably see him as some dude who wants to support some cool protagonist, but it turns out that Joro-kun is actually the protagonist on this anime series.

Oh, and not only he’s acting like a smug, but Joro has some lofty ambitions like having a harem of his own! Of course, Joro needs to be careful ’cause there are some people who want to ruin his life. 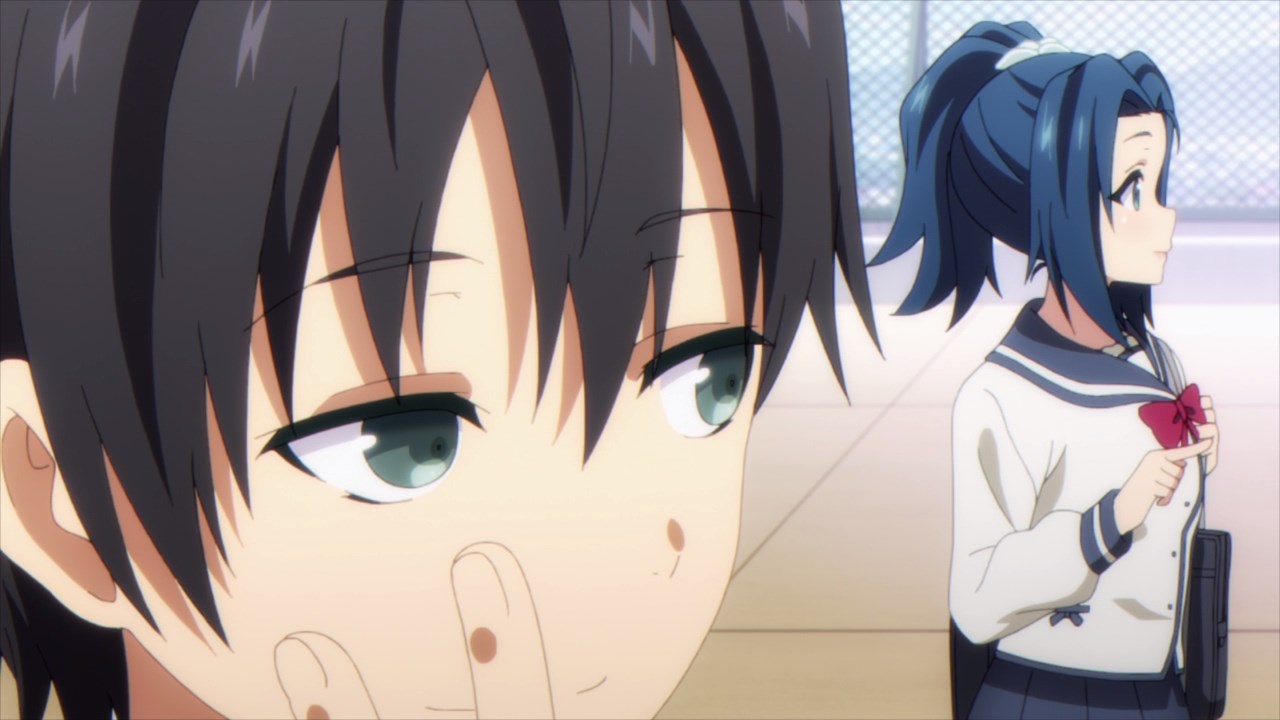 Now then, onto Episode 5 where Amatsuyu “Joro” Kisaragi was asked by Hina “Asunaro” Hanetachi for another interview.

However, Asunaro told Joro-kun that they want to conduct their interview over there… 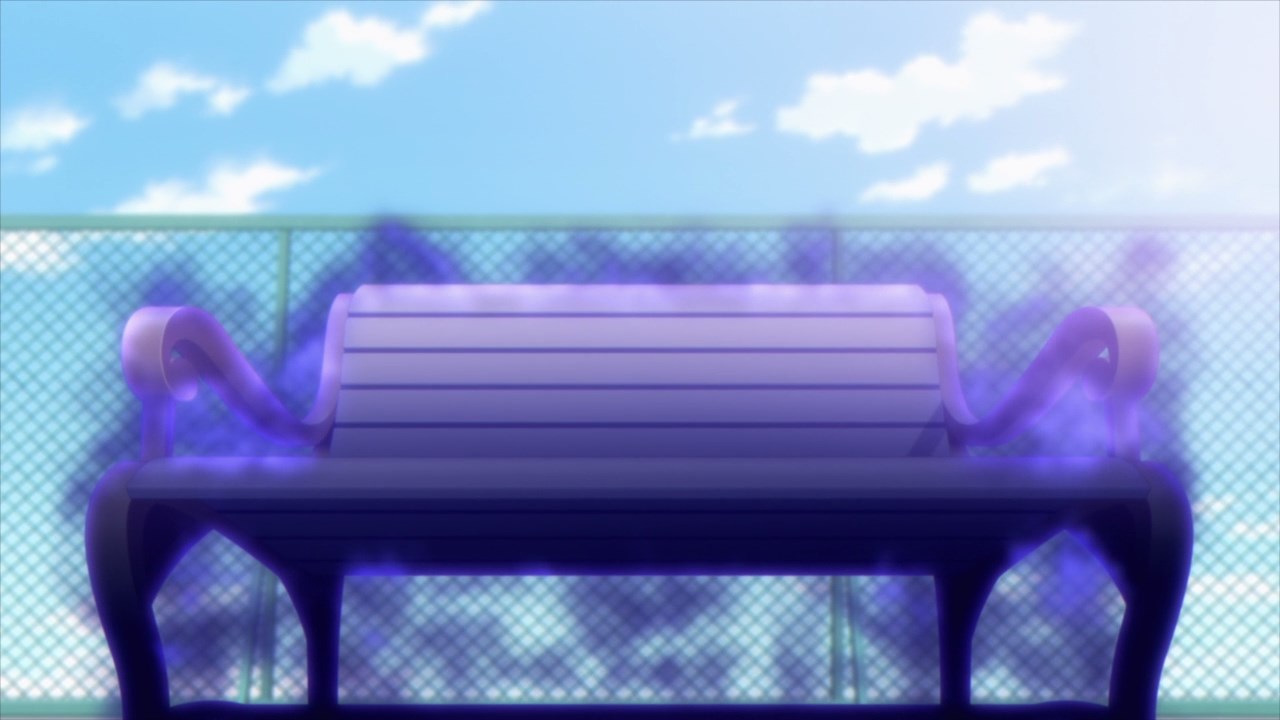 …which turned out to be the dreaded bench. Man, is OreSuki fond with benches that it became a symbol of unexpected confessions!? 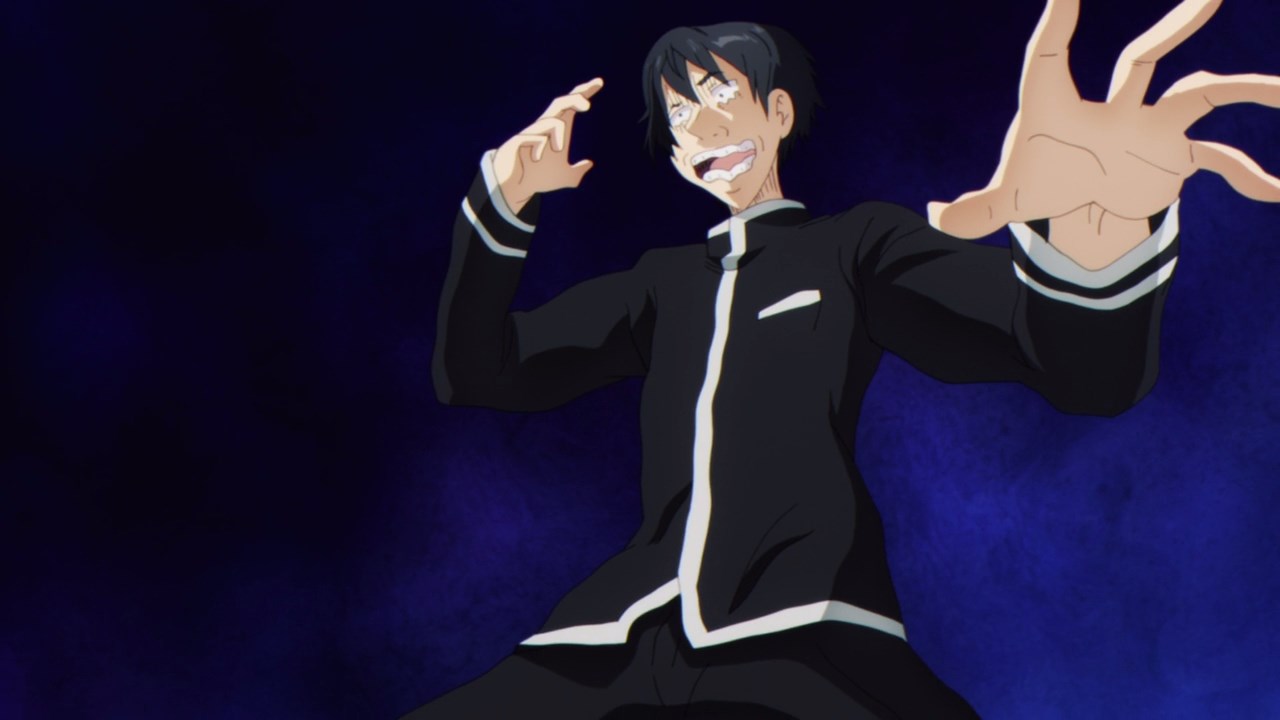 Even Joro-kun went “Zawa Zawa…” upon seeing the goddamn bench. Man, I wonder what Asunaro is gonna say to him? 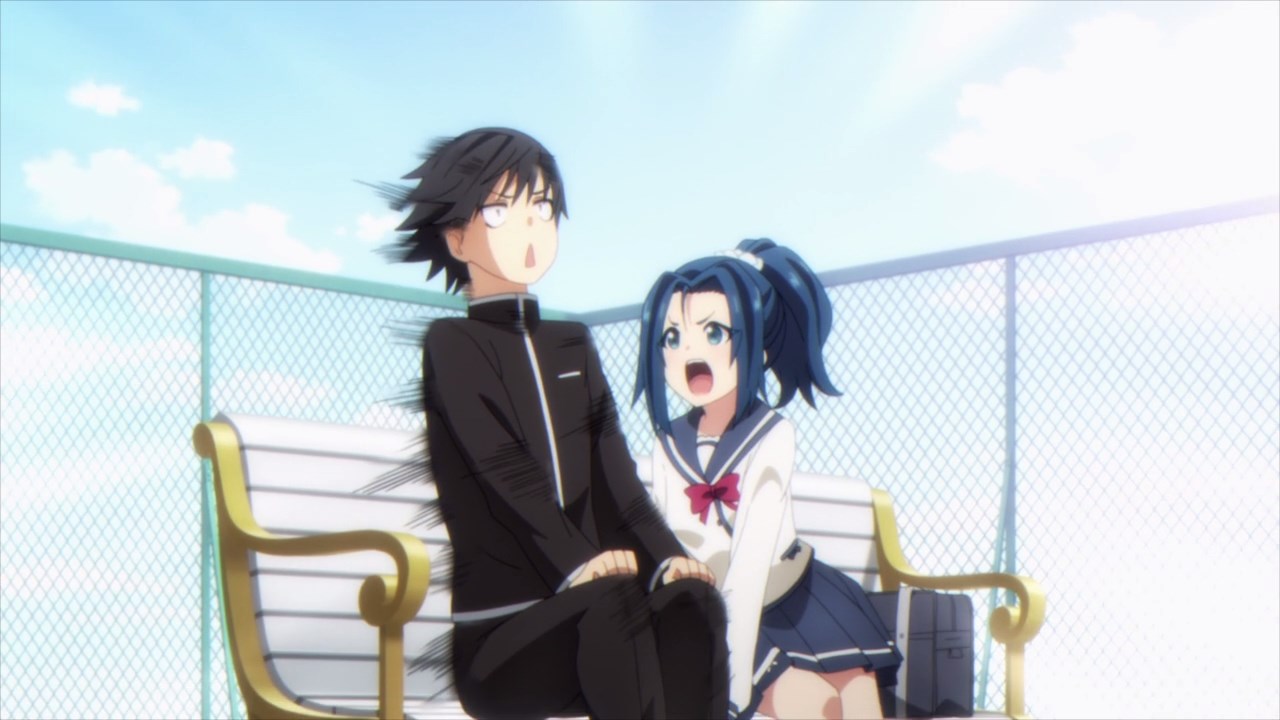 Turns out that Hina “Asunaro” Hanetachi accused Amatsuyu “Joro” Kisaragi of being a jerkass who dates on multiple girls. What. The. Fuck is she talking about!?

Oh, you mean that Joro is being close to girls despite the fact that both Aoi “Himawari” Hinata and Sakura “Cosmos” Akino are in love with Taiyo “Sun-chan” Oga, while a stalker named Sumireko “Pansy” Sanshokuin is the one who deeply loves Joro-kun? Hell no, Joro-kun won’t do that! *wink wink*

Well actually, Joro-kun really wants a harem, but he tries to hide his true intentions to everyone else except for Pansy. 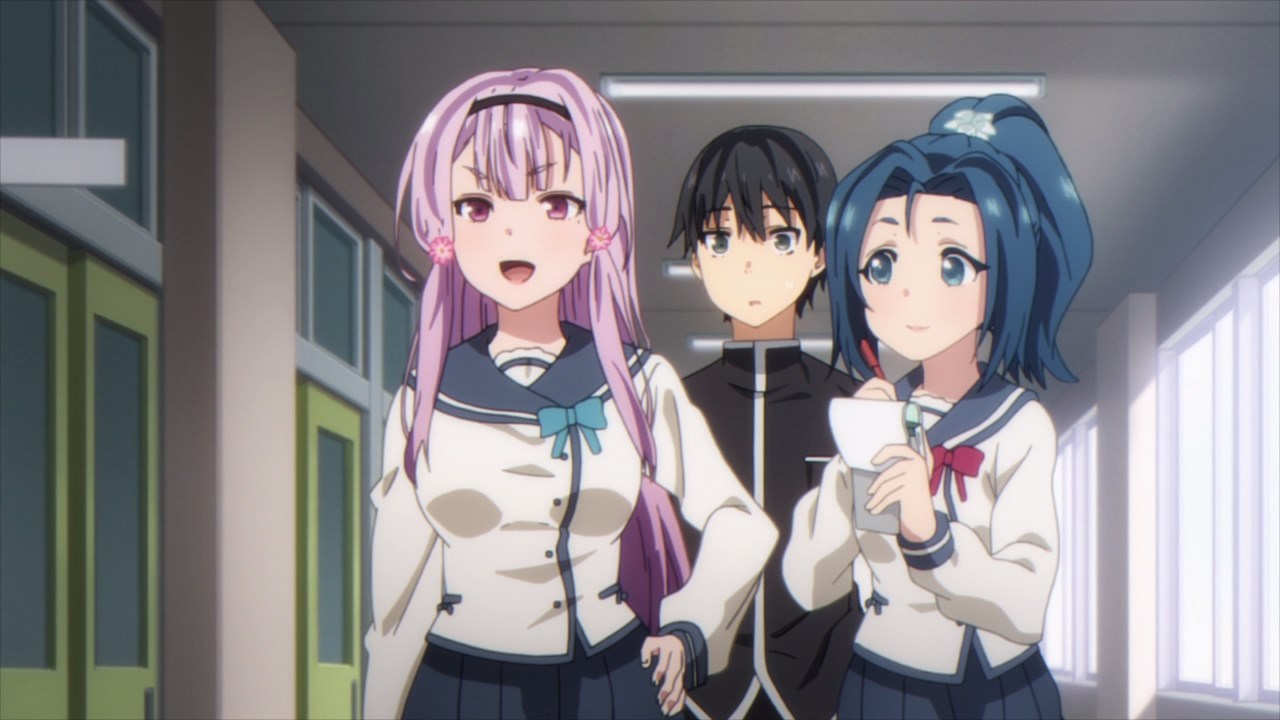 So for the time being, Joro will have to watch his back against Asunaro as she tails him. Man, I feel that she wants to wring him out and expose Joro as a threat to the entire school.

Now then, it’s time for Kisaragi to meet one of the selected members for the upcoming Flower Festival. 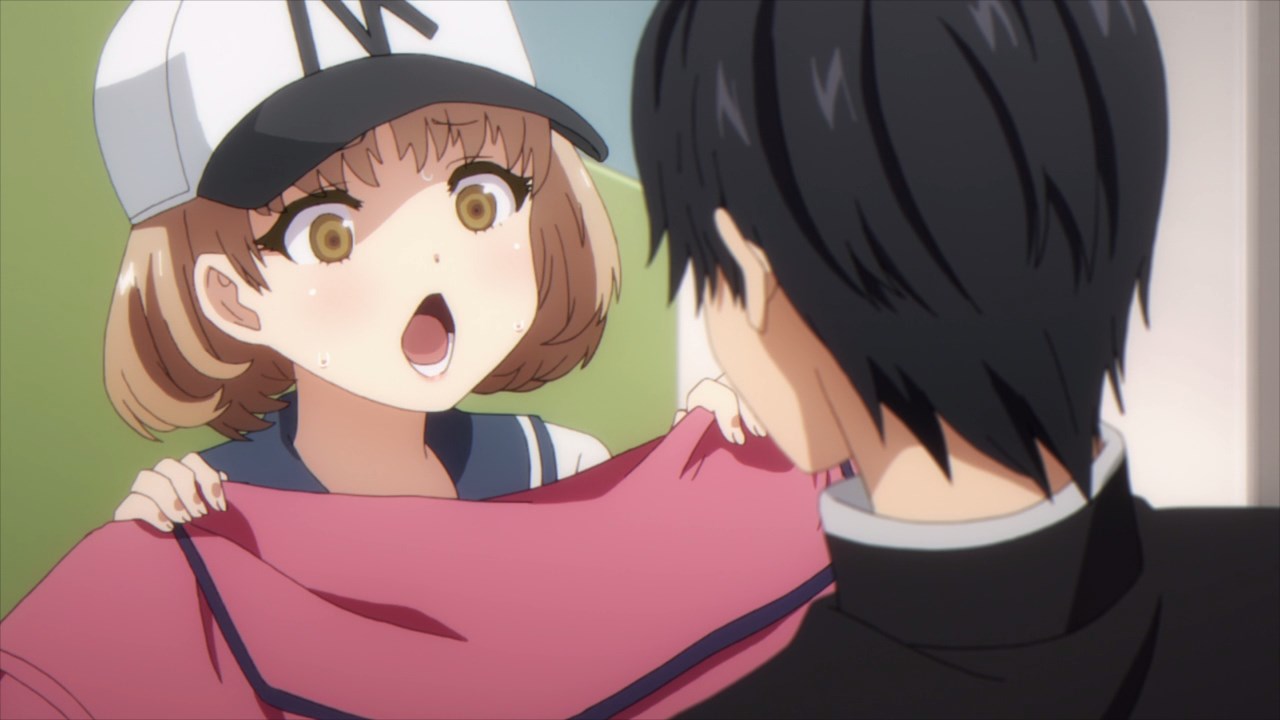 This is Kimie Kamata, a first-year student who’s also the baseball club manager. Unfortunate for Joro, Kamata sees him as some lecherous pervert who licks slippers after school. Wait, that shit is made up! 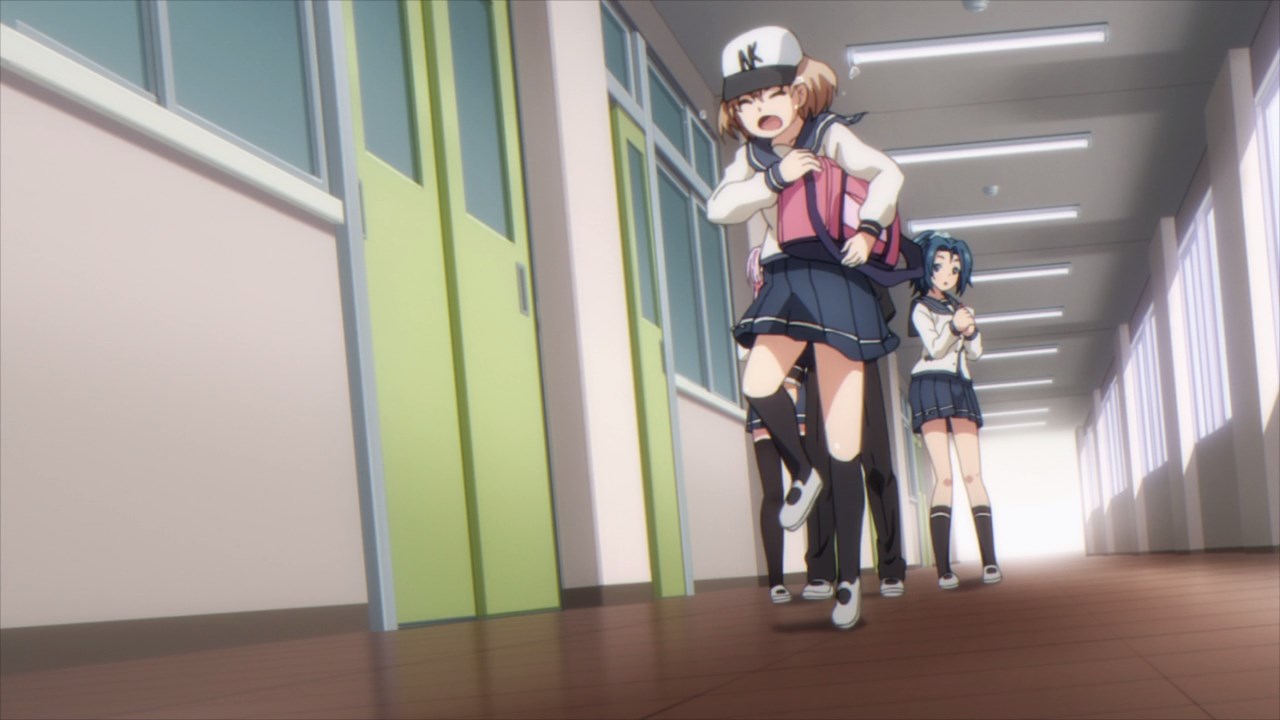 Well, looks like Joro-kun lost one of his partners for the upcoming Flower Festival. But you know what, it’s not the end of the world as Kisaragi will have a replacement soon. 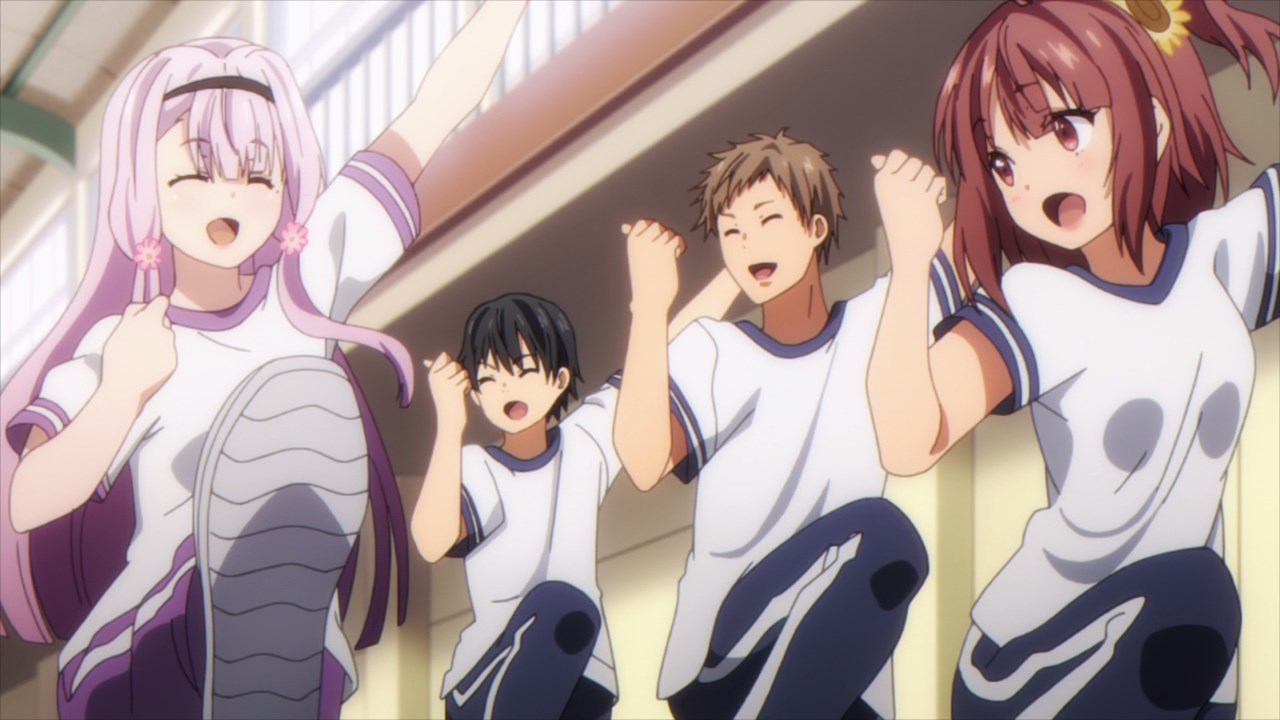 And so, Joro and his friends went to practice for the dance event. Oh yeah and as for the replacement, Sun-chan has volunteered to become Joro’s dancing partner.

Well then, I guess this one got sorted out, even though I’ll be laughing my ass off that Sun-chan will be in drag for the Flower Festival. 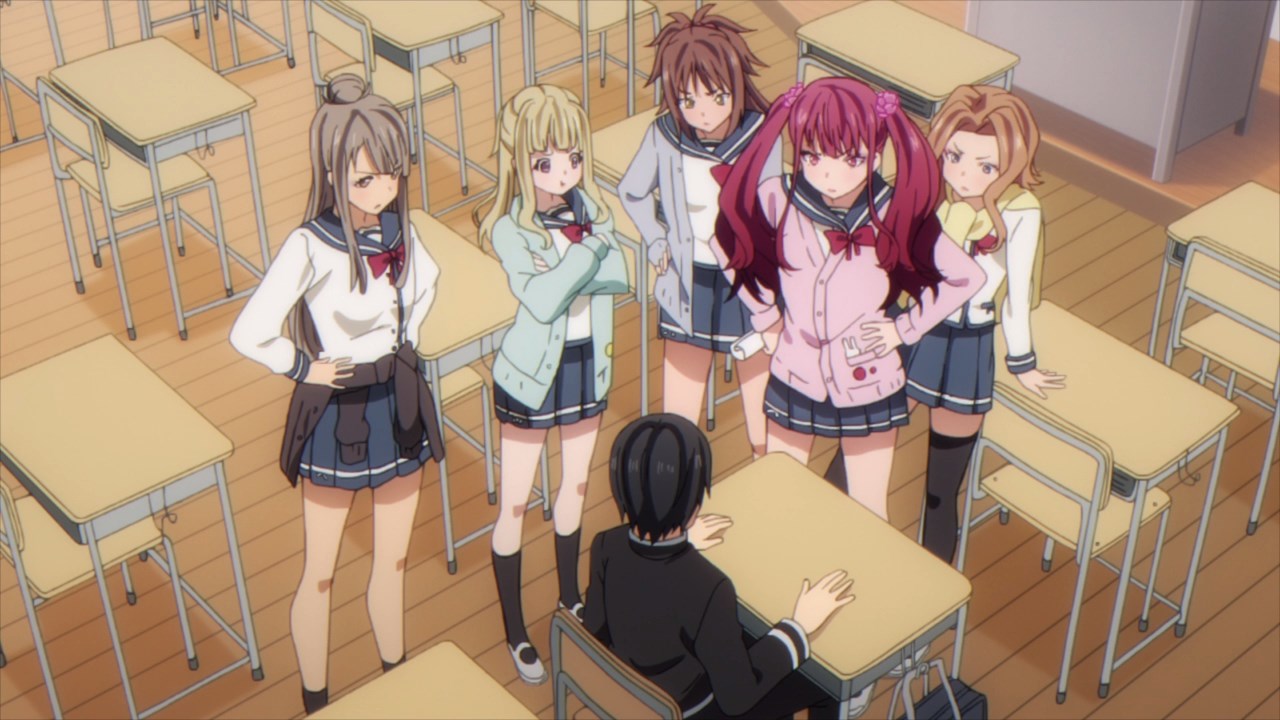 However, a group of popular students accuss Kisaragi of scumbaggery. Man, can anyone give him a break with all those accus- 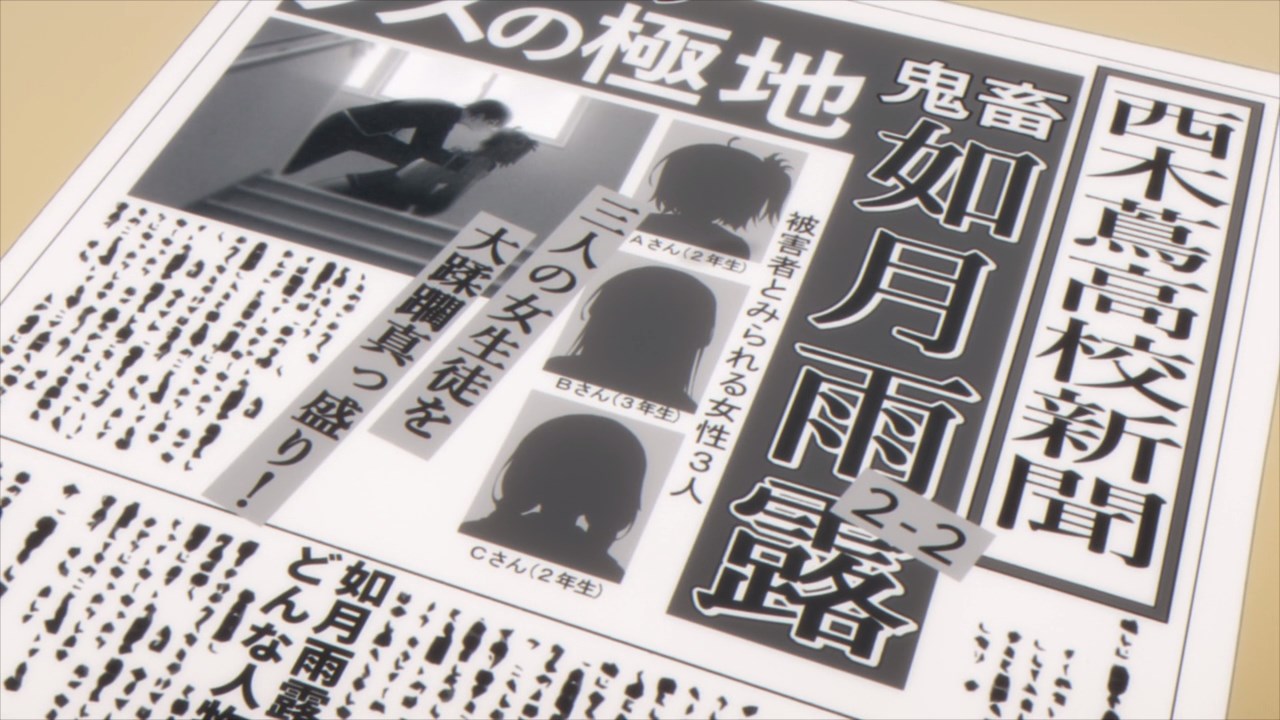 Oh, looks like the leader of the Charisma Group showed this scathing news article to Joro. Okay, who published this fake news!? 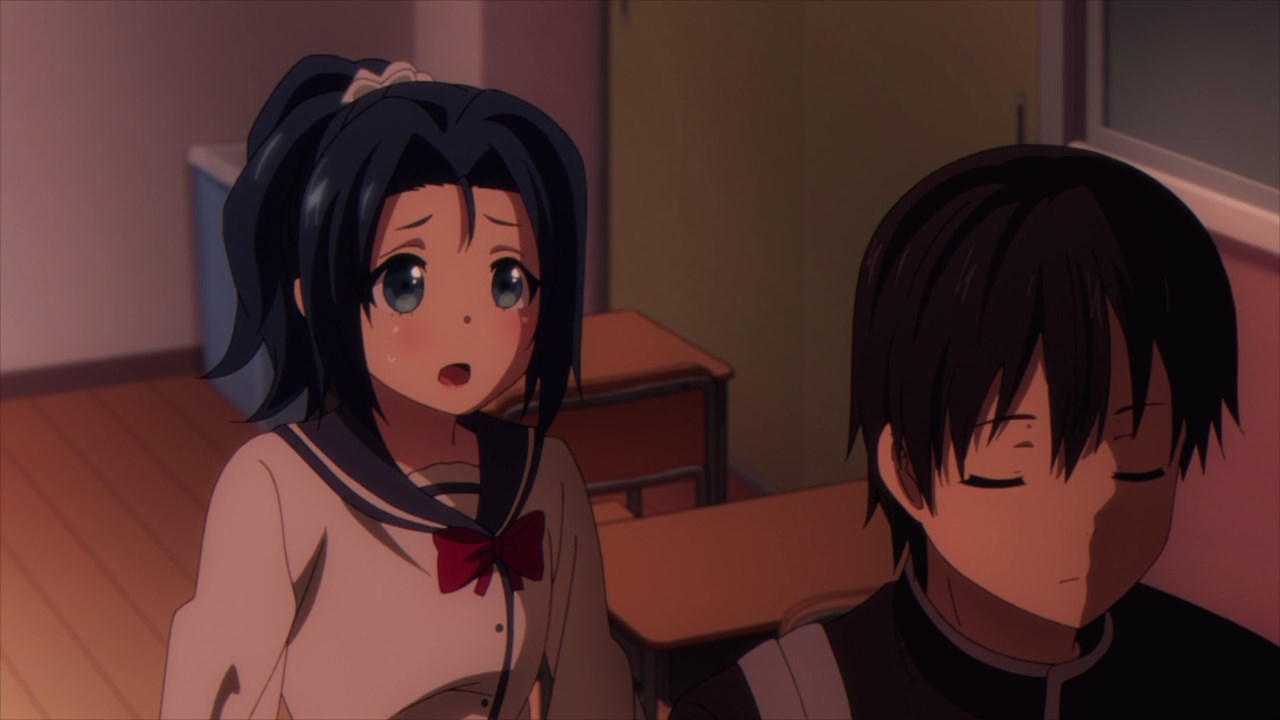 Turns out that it was actually Hina “Asunaro” Hanetachi who publish the article by accident. Really Asunaro, that was bullshit! What if you deliberately publish it to rub more salt onto Joro’s wounds!?

Still, she felt guilty about publishing that article by accident, so Asunaro wants to make up for her trouble towards Joro-kun. 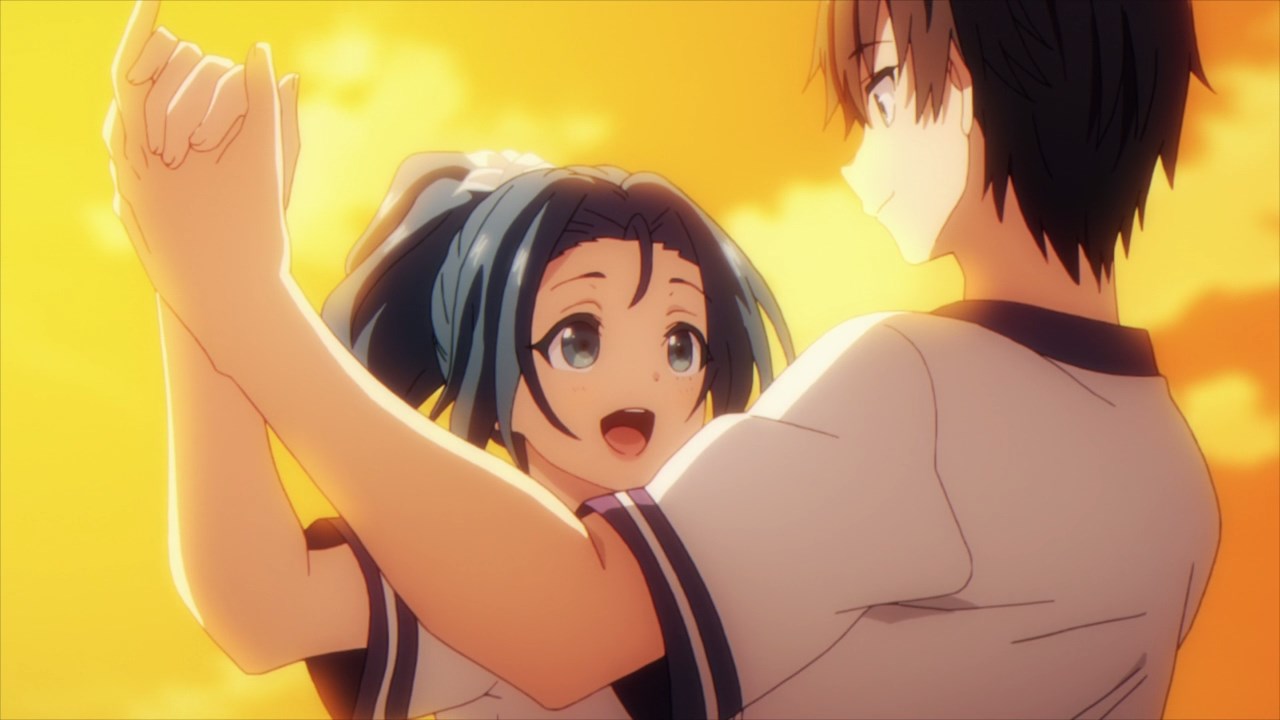 And that’s by becoming her dance partner. Now, I don’t know if this would help Joro, but Asunaro shouldn’t made that article in the first place because that’s fake news! 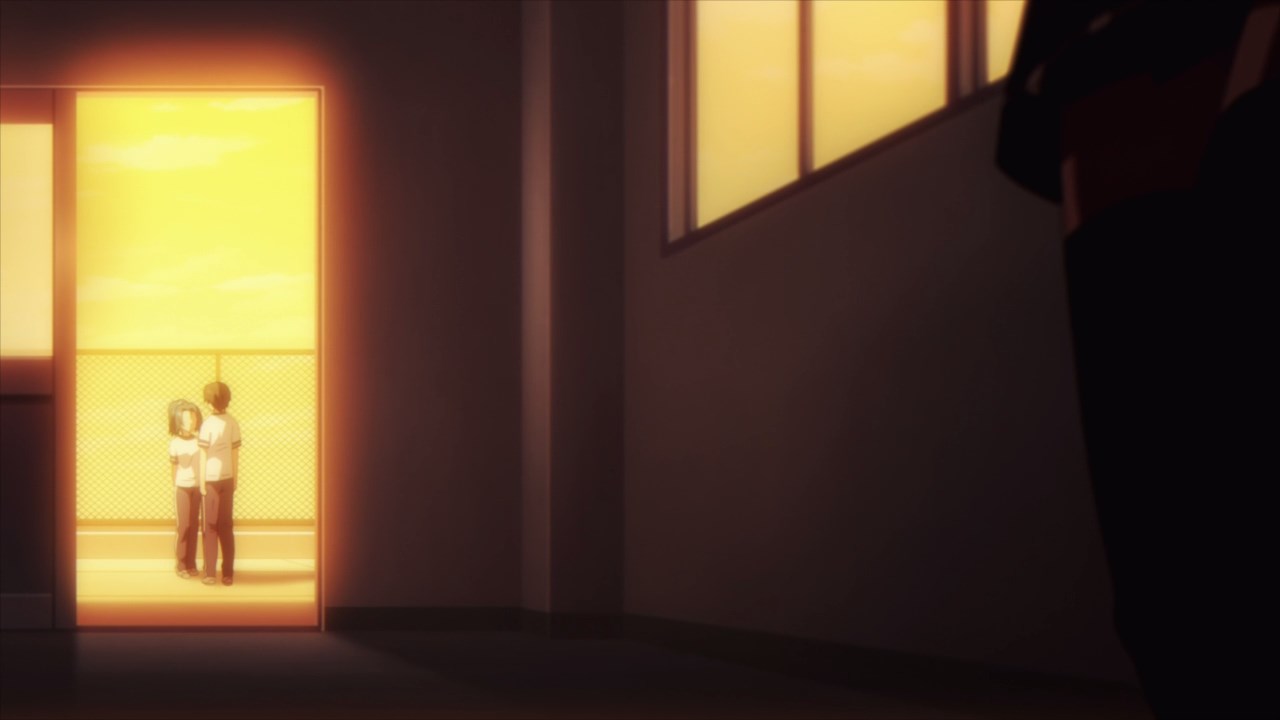 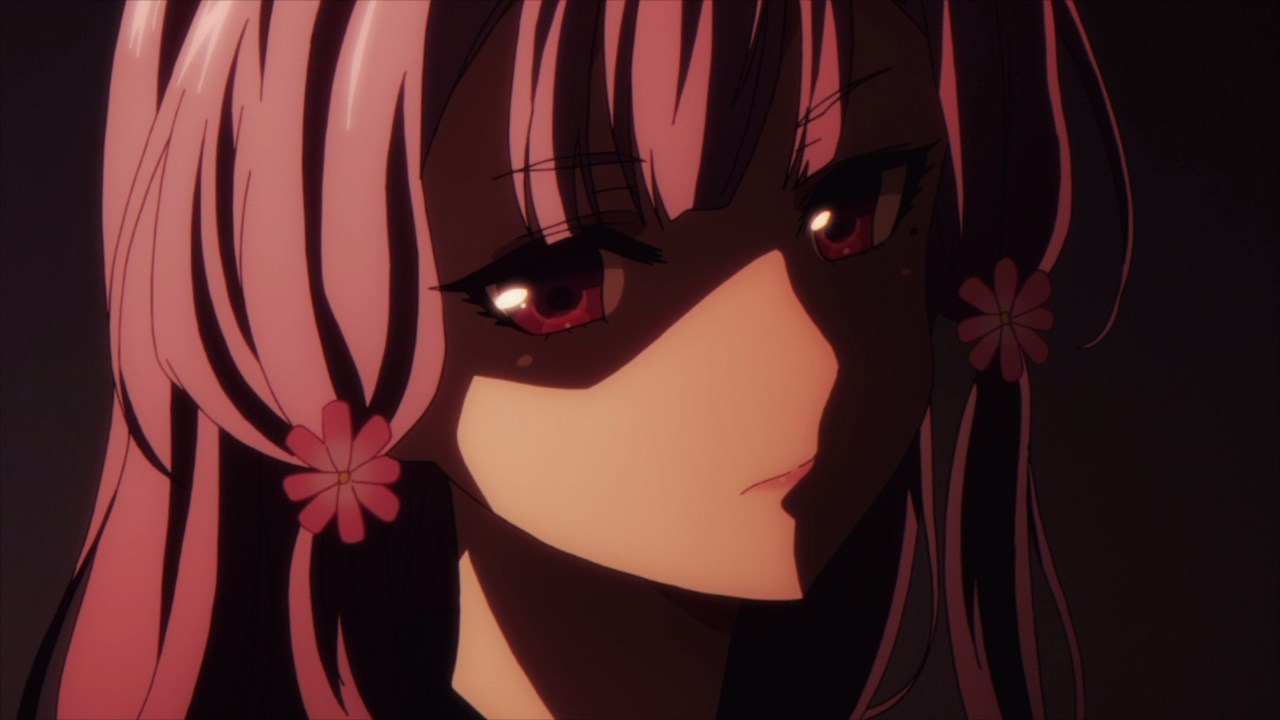 On the other hand though, looks like President Cosmos is very upset that Asunaro is dancing with Joro-kun. Wait, is Cosmos still in love with Sun-chan?

Anyways, I’ll see you next time as Asunaro tries to clear Joro’s name. Then again, I doubt that his reputation will be saved ’cause deep in his heart, Joro is one jerkass. But you know what, I want Joro to be saved!