Posted on November 5, 2019 by benigmatica 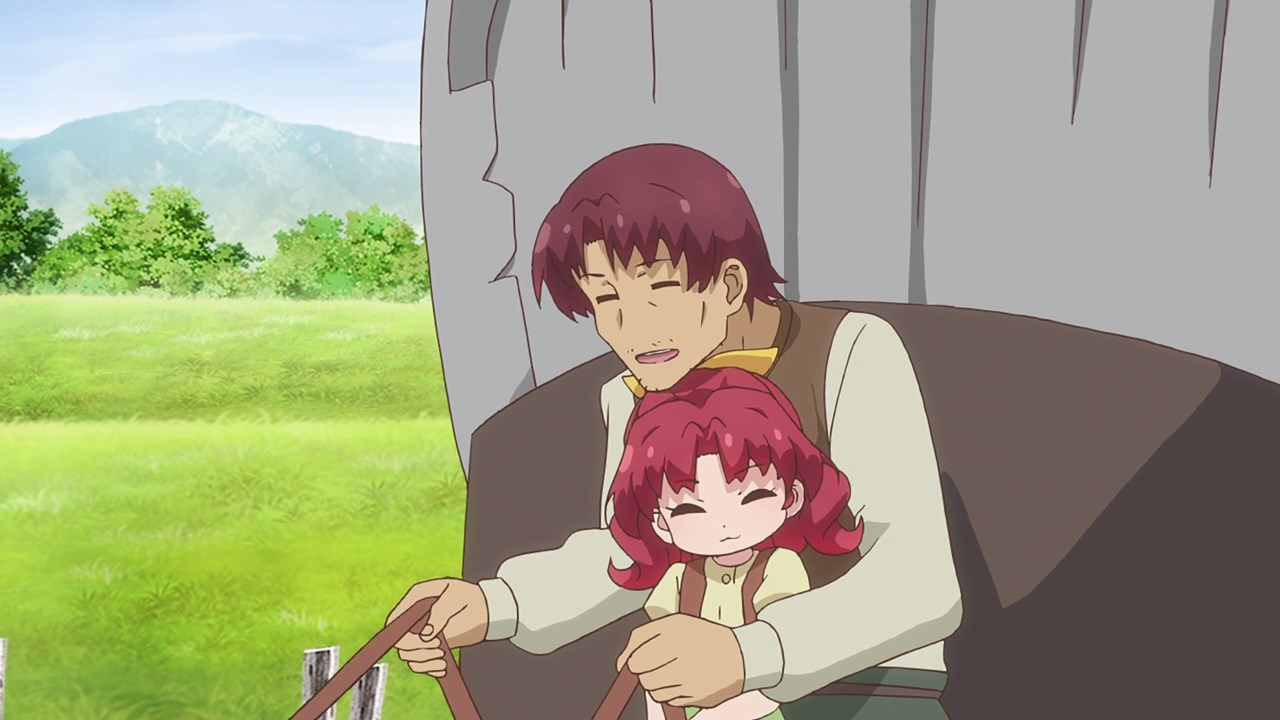 Alright everyone, let’s talk about Reina’s backstory as she’s just a simple daughter of a travelling peddler. Yes, she didn’t came from a noble background but I’d say that Reina had a simple lifestyle, something that Misato Kurihara really want it on her next life. 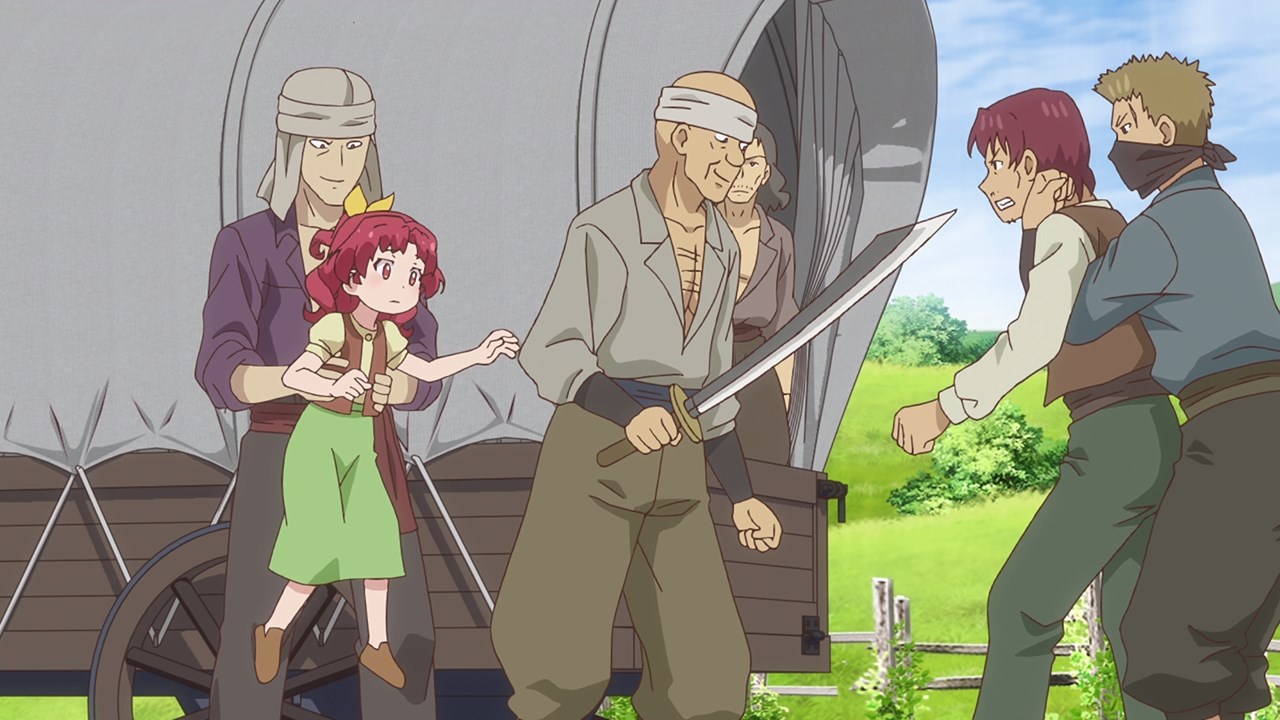 However, Reina’s life went south when a group of bandits attack her. Reina’s father begged to spare his daughter, but the bandits won’t listen to him. 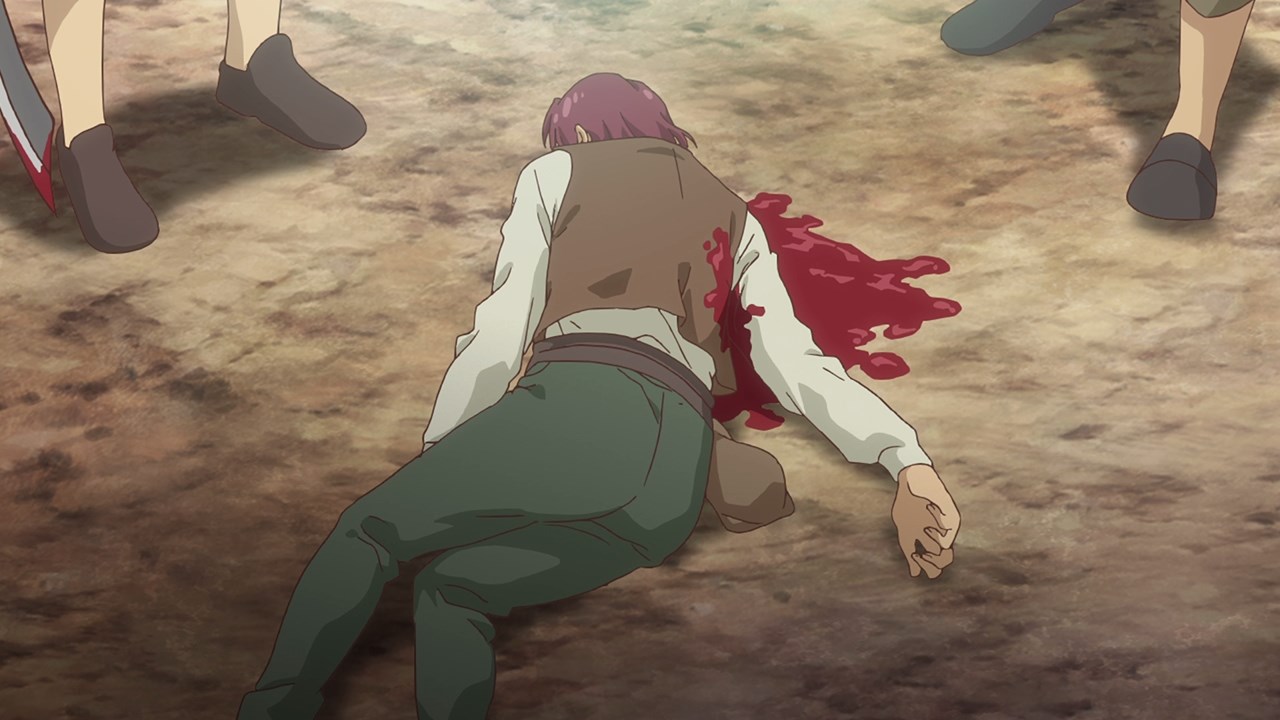 Instead, they simply killed him, which traumatized Reina a lot as she lost her only relative. 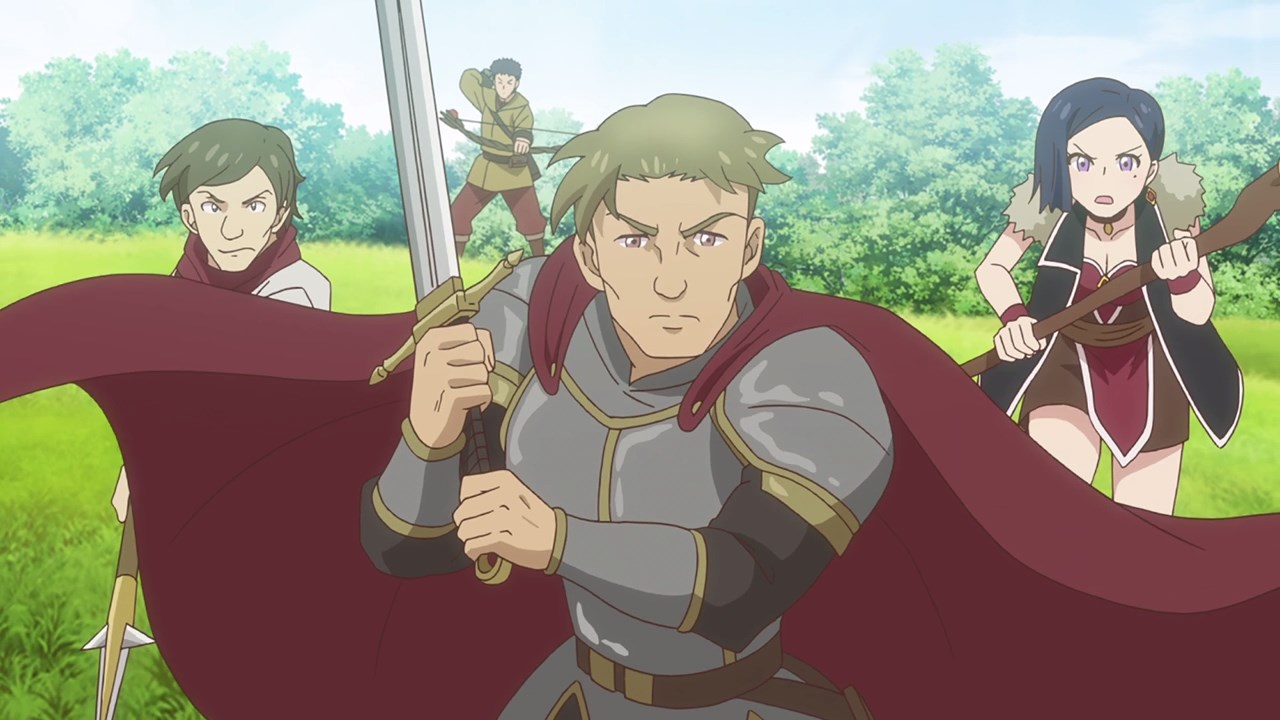 Fortunately, Reina was saved by a group of hunters called Crimson Lightning where they take her in. 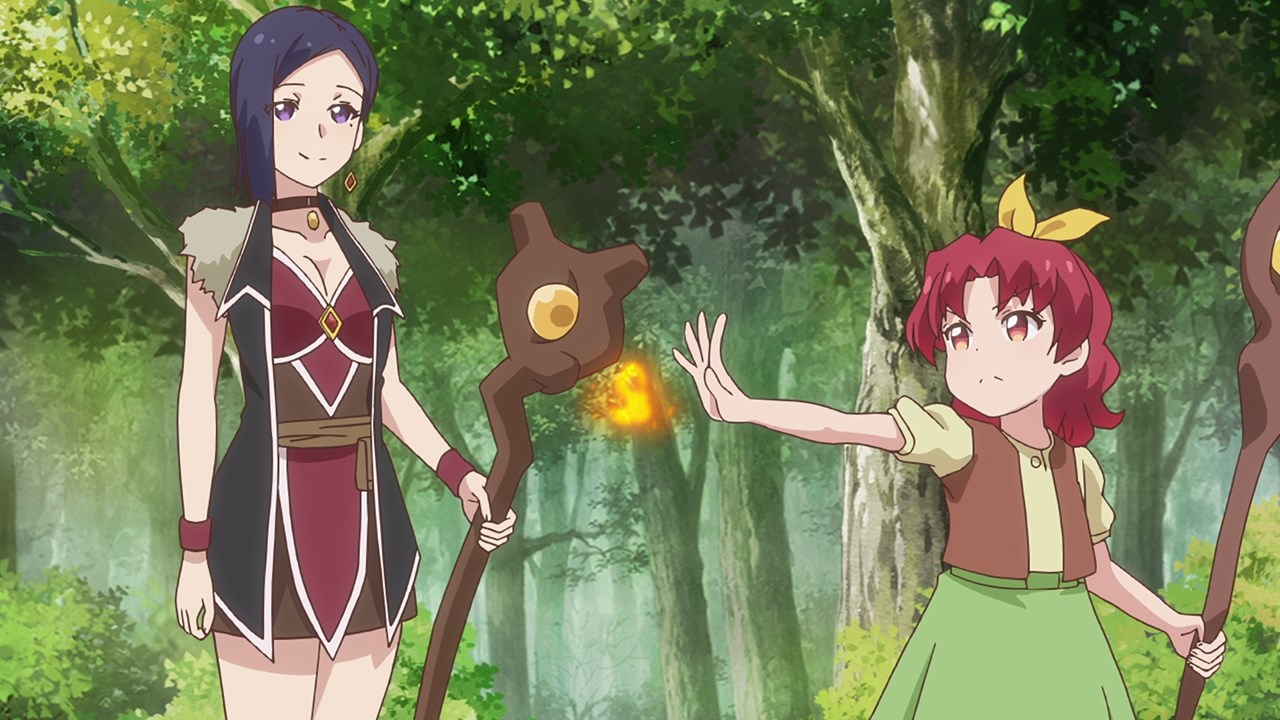 And despite doing dangerous jobs since they’re hunters, the Crimson Lightning are really fond towards Reina as they treat her like family.

Heck, one of the hunters named August who not only acts like a sister to Reina, but August also teaches her magic during their spare time. 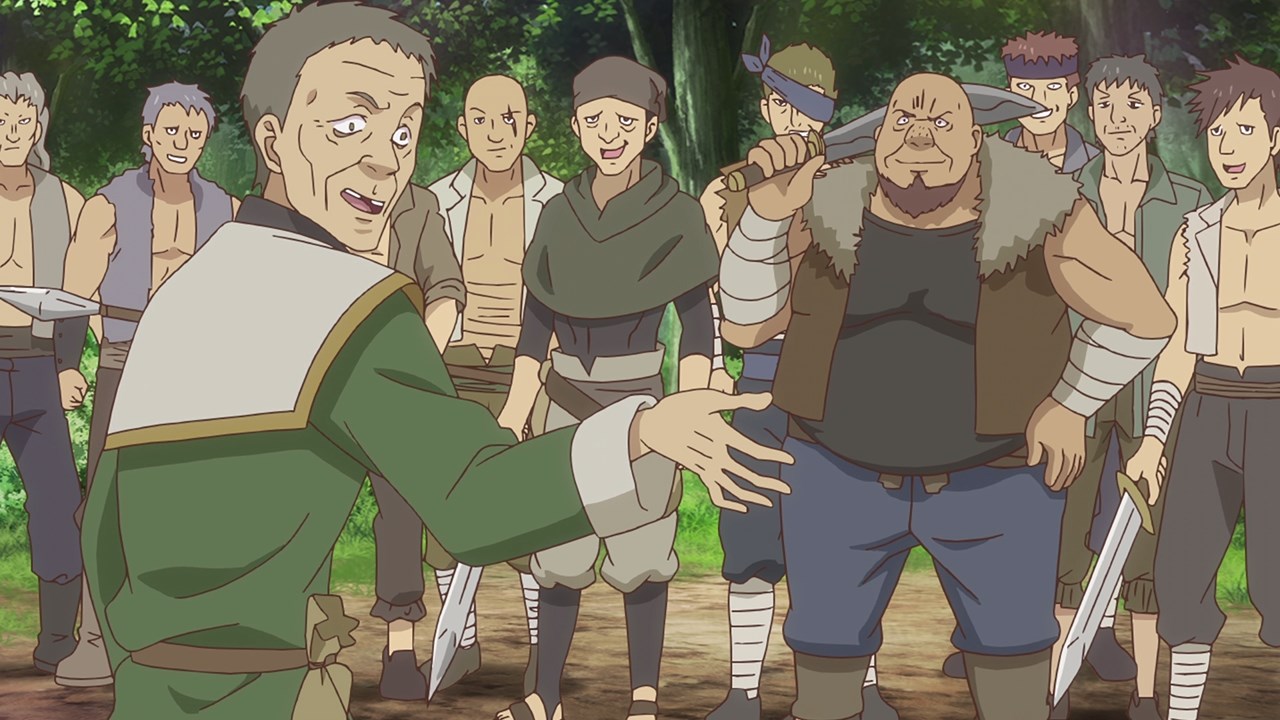 Unfortunately, it seems that Reina’s life took it for the worst where a group of bandits attack the Crimson Lightning and their clients.

Oh and to add more fuel to the fire, one of the merchants decided to backstab the Crimson Lightning by selling Reina to the bandits in exchange for his life. Damn, what a scumbag! 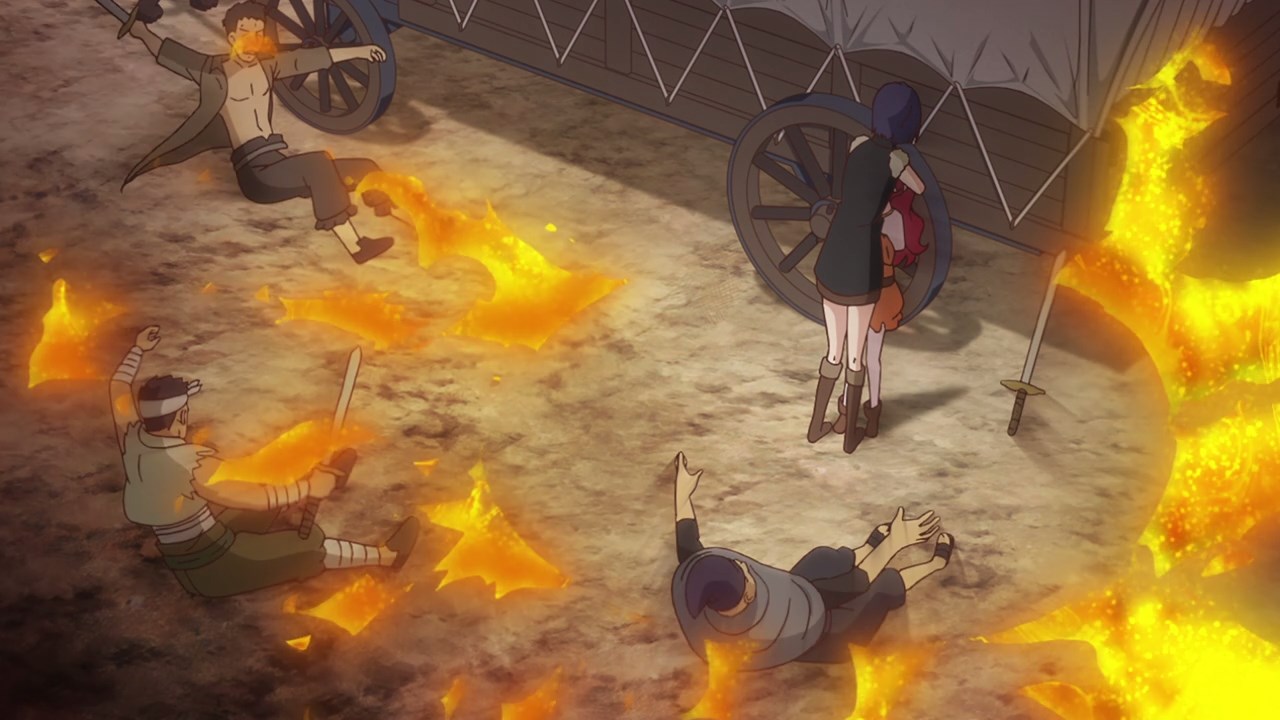 In any case, the Crimson Lightning protects Reina with their lives as August casts fire magic against the bandits. 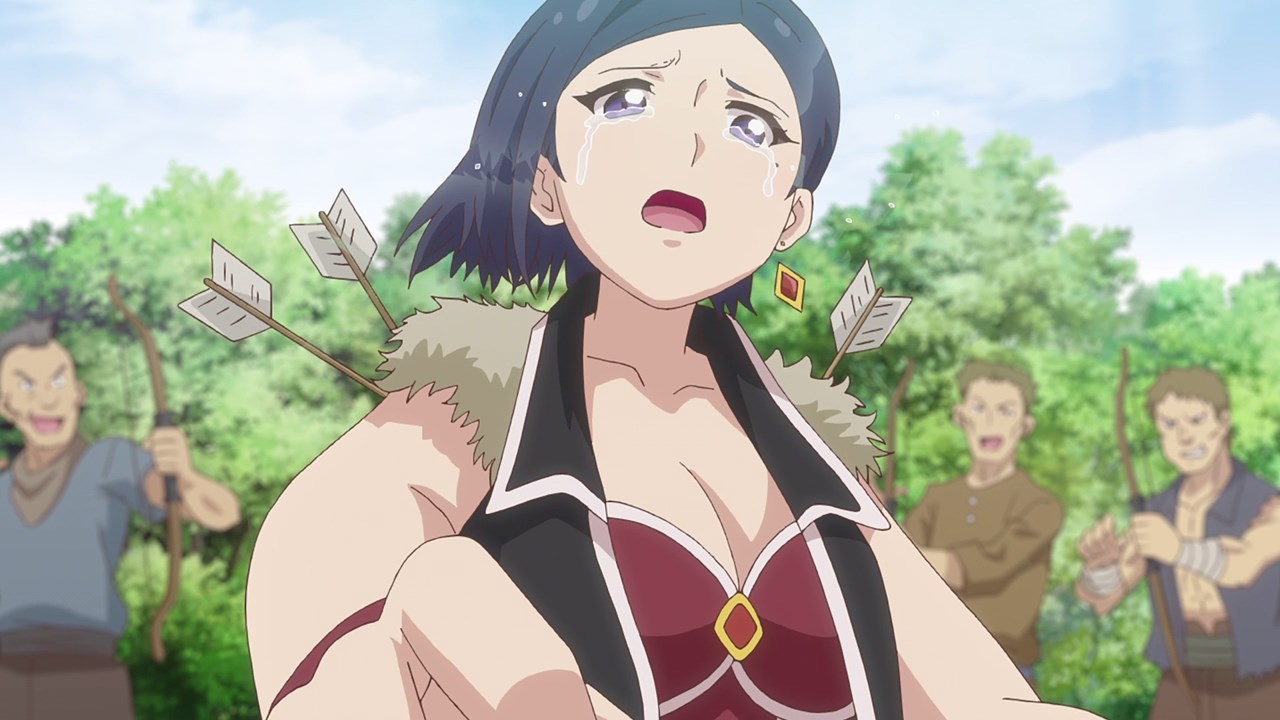 But ultimately, August got shot in the back in which Reina lost another loved one. But instead of cowering in fear… 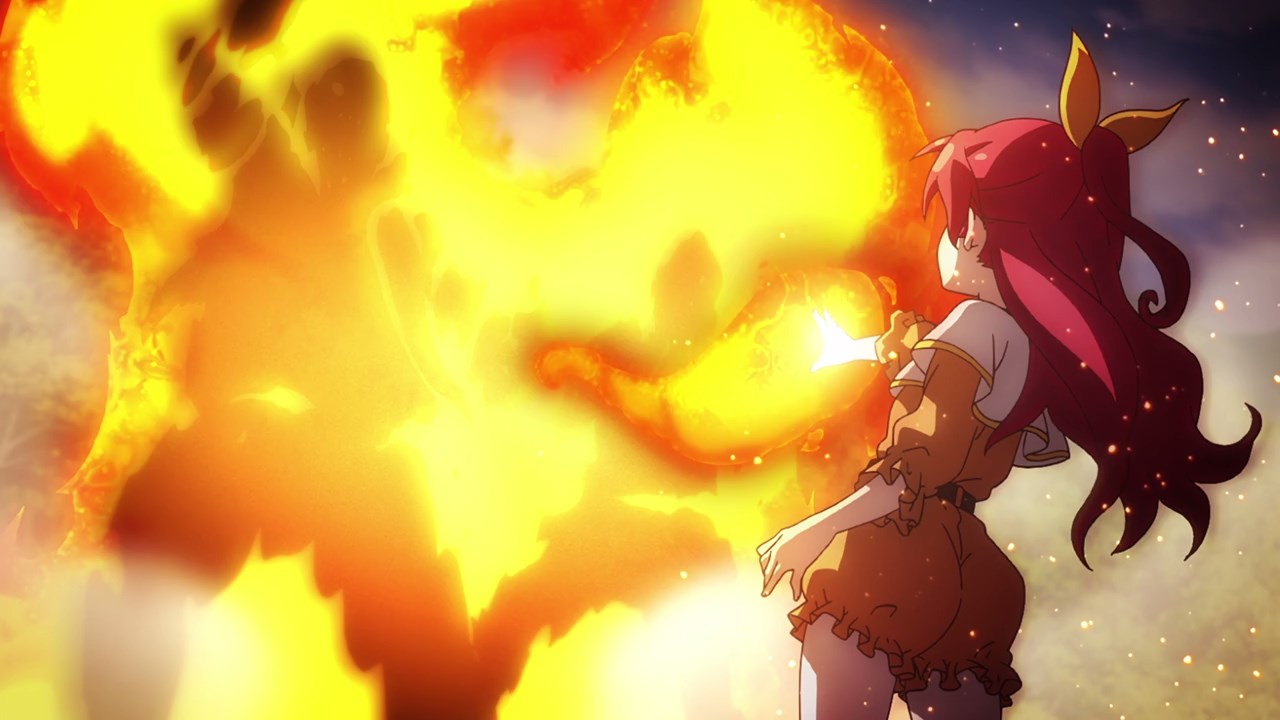 Reina decides to fight back as she burned both the treacherous merchant and the bandit leader until they’re dead.

While Reina is saved when the royal guards arrived, her hatred towards bandits has changed her life forever. 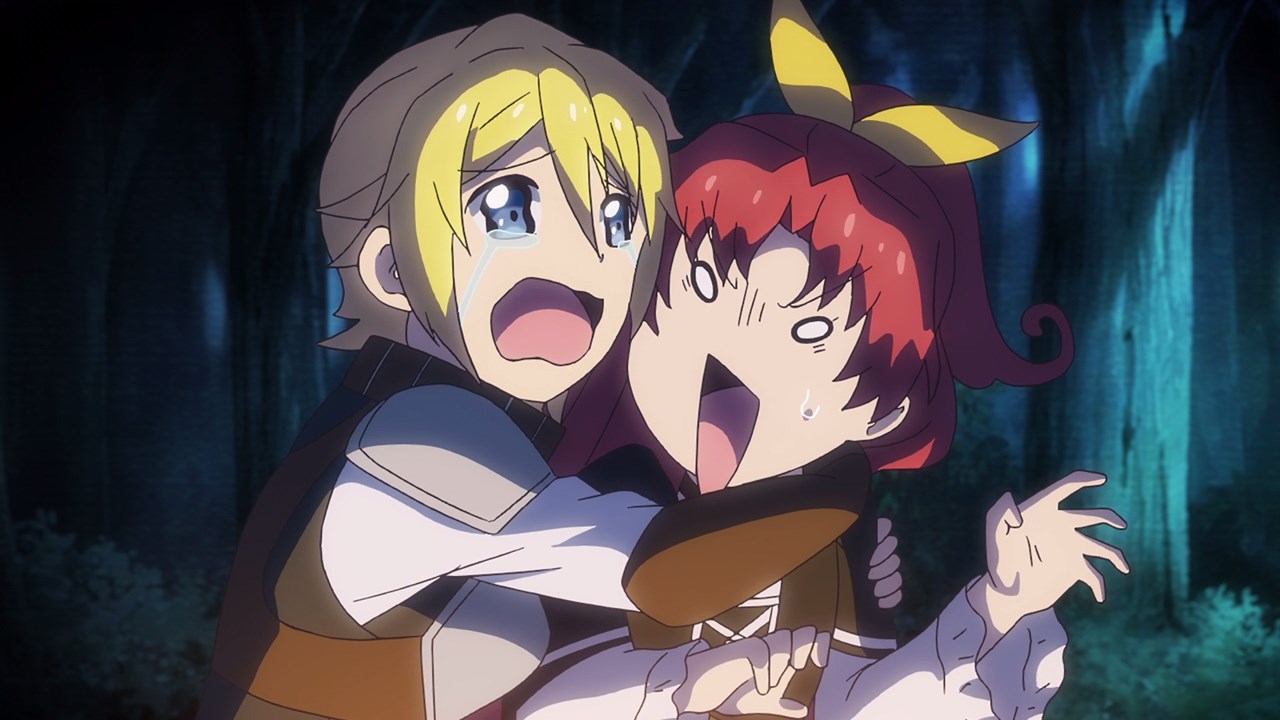 Anyways, that’s about it for Reina’s backstory and all I can say is that it’s the most interesting part of this series in which not all characters have happy lives. Heck, even Mavis von Austien cried upon hearing it.

Now, I would have ended this episode right here but wait, there’s more on this episode because it shows the backstory of the main characters. 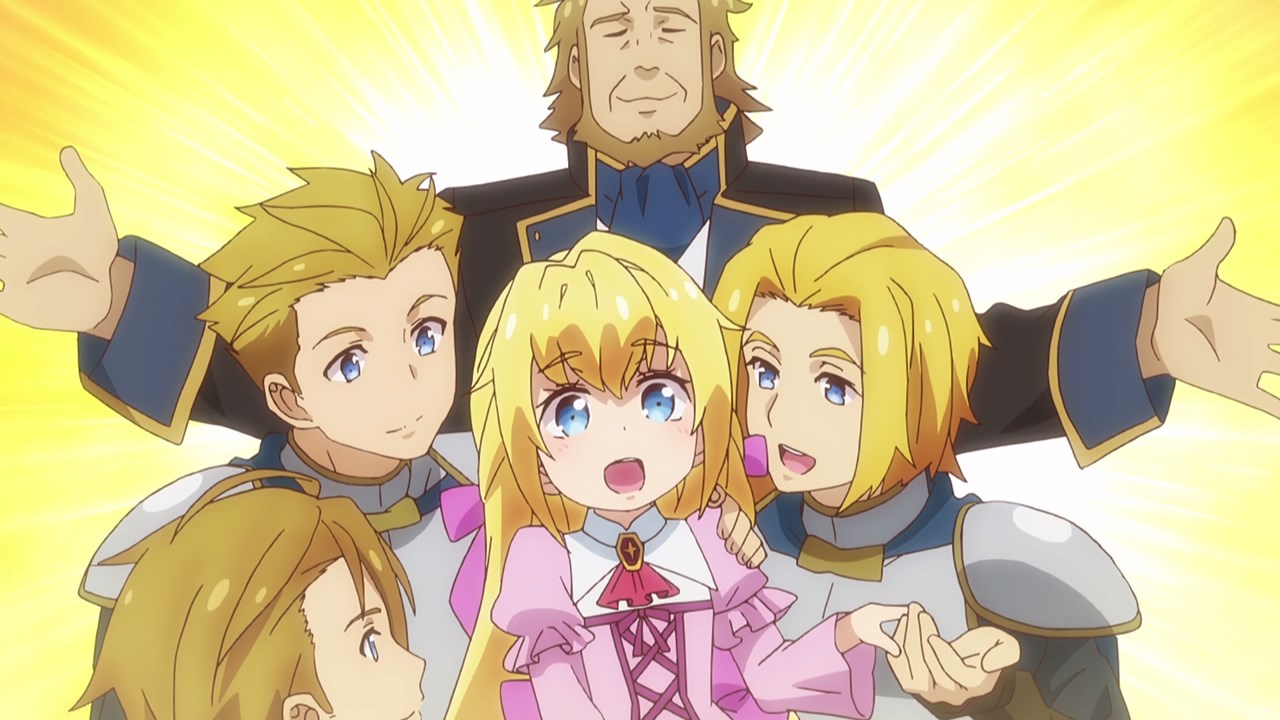 Let’s start from Mavis von Austien where she’s actually a cute girl. Oh, and she’s being surrounded by her older brothers who are capable knights. 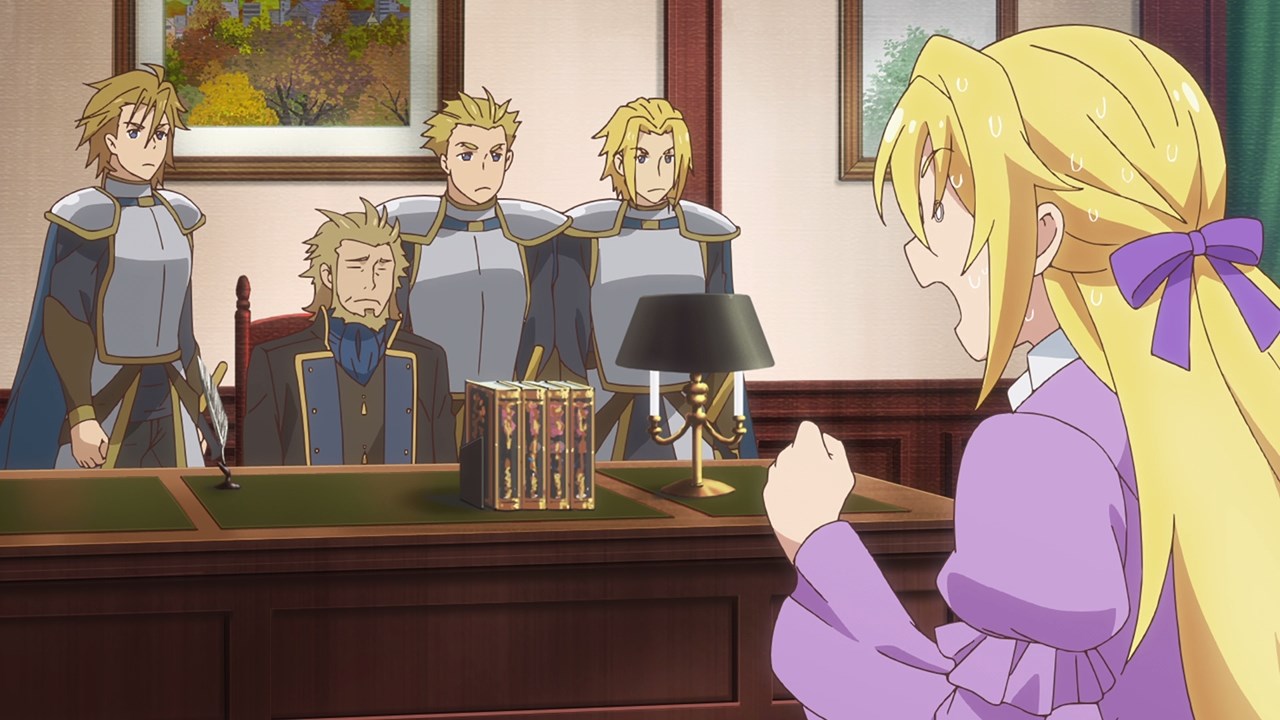 But when Mavis asked her father that she wanted to become a knight, he said no because Mavis’ father and her 3 brothers wanted to protect her at all times.

Thus, Mavis ran away and enrolled at Hunters’ Prep School in hopes of becoming a knight in the future. Well, at least Mavis had a normal life instead of a tragic one. 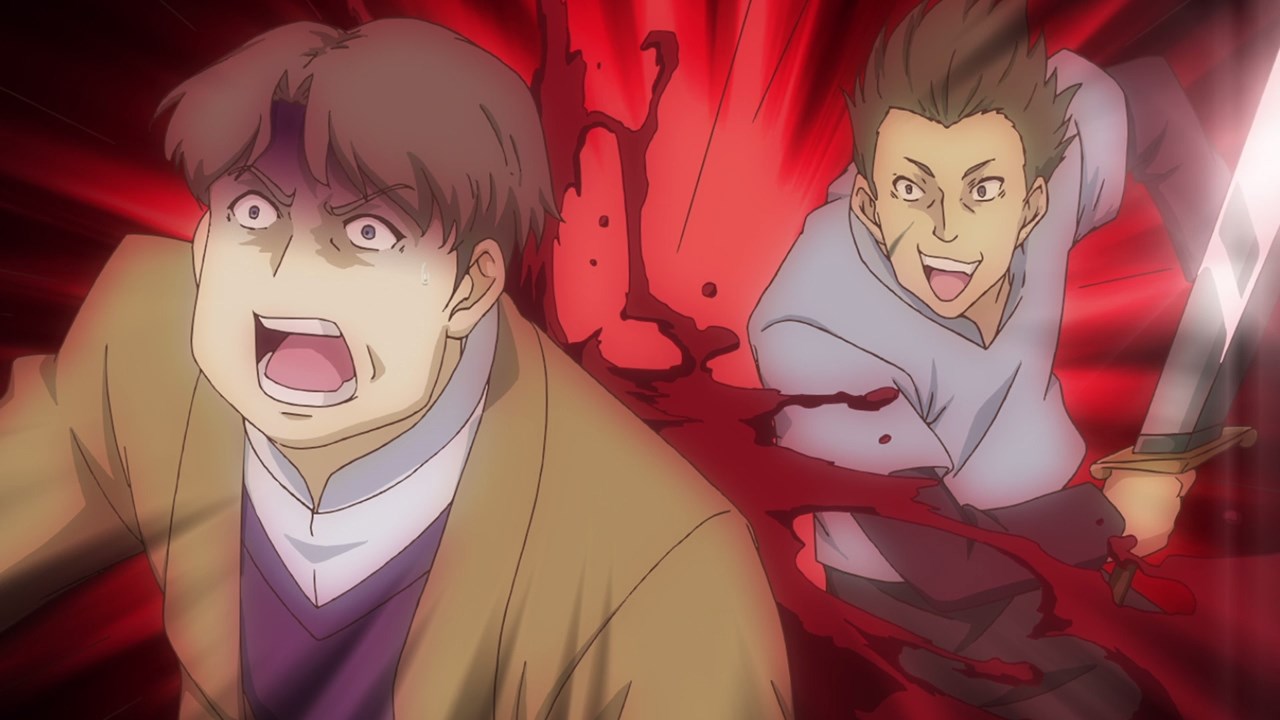 Speaking of tragic backstories, let’s move onto Pauline where her life took a sudden turn when her father got killed by some random criminal. 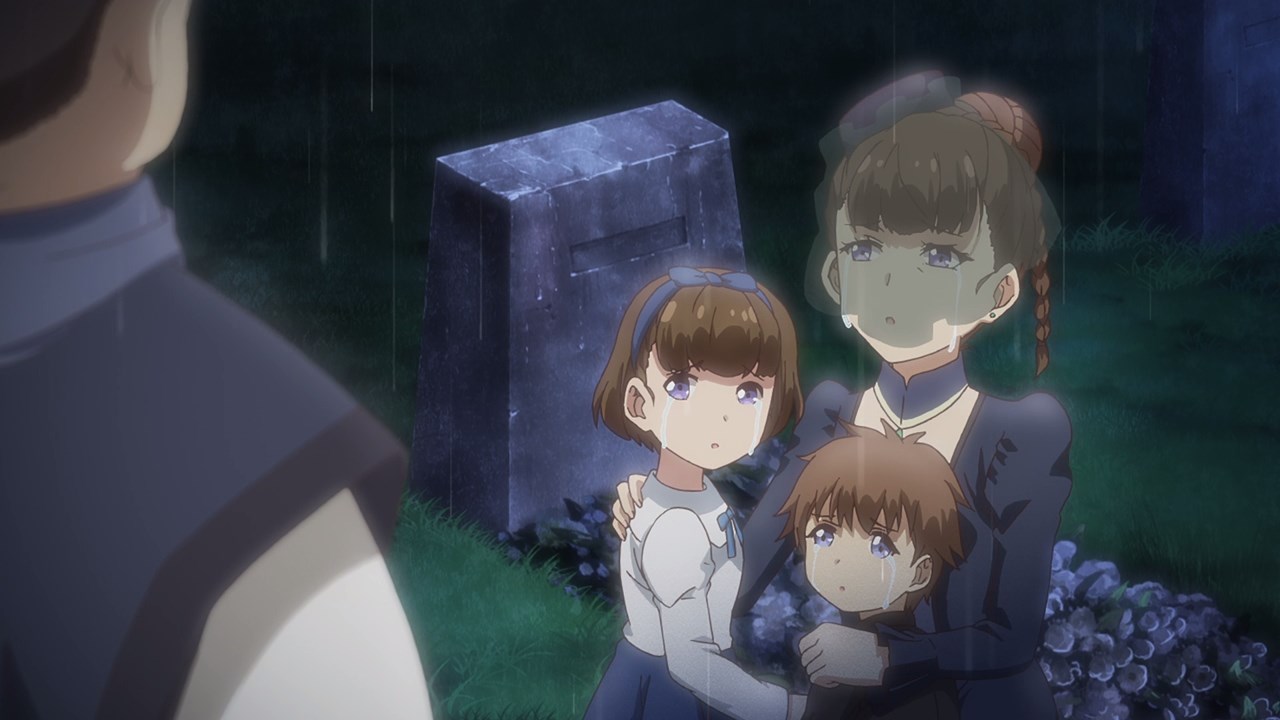 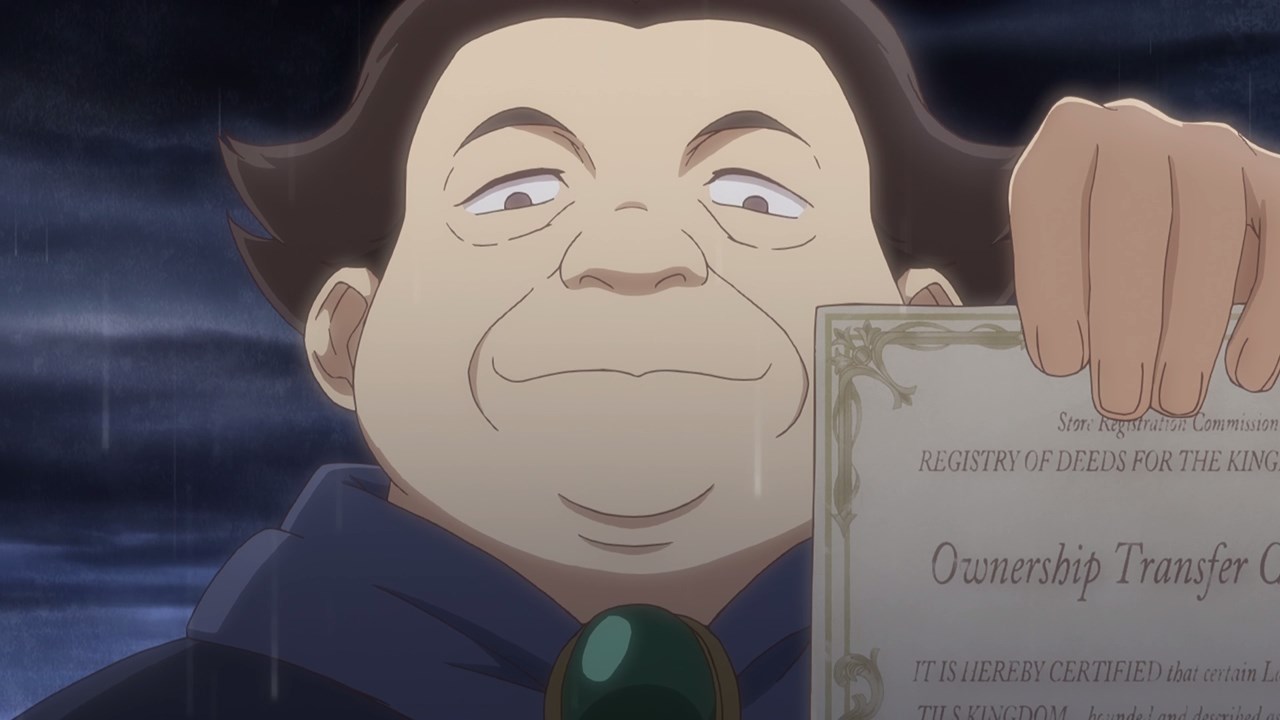 But it even gets worse where the Beckett Company of Talwess that owned by her father is being bought by some scumbag, who clearly planned to kill Pauline’s father in order to take over the company.

Oh and as for her remaining family? Her mother was forced to marry someone, while her brother went missing. So yeah, Pauline was so pissed that she plans to buy the company after graduating at Hunters’ Prep School. 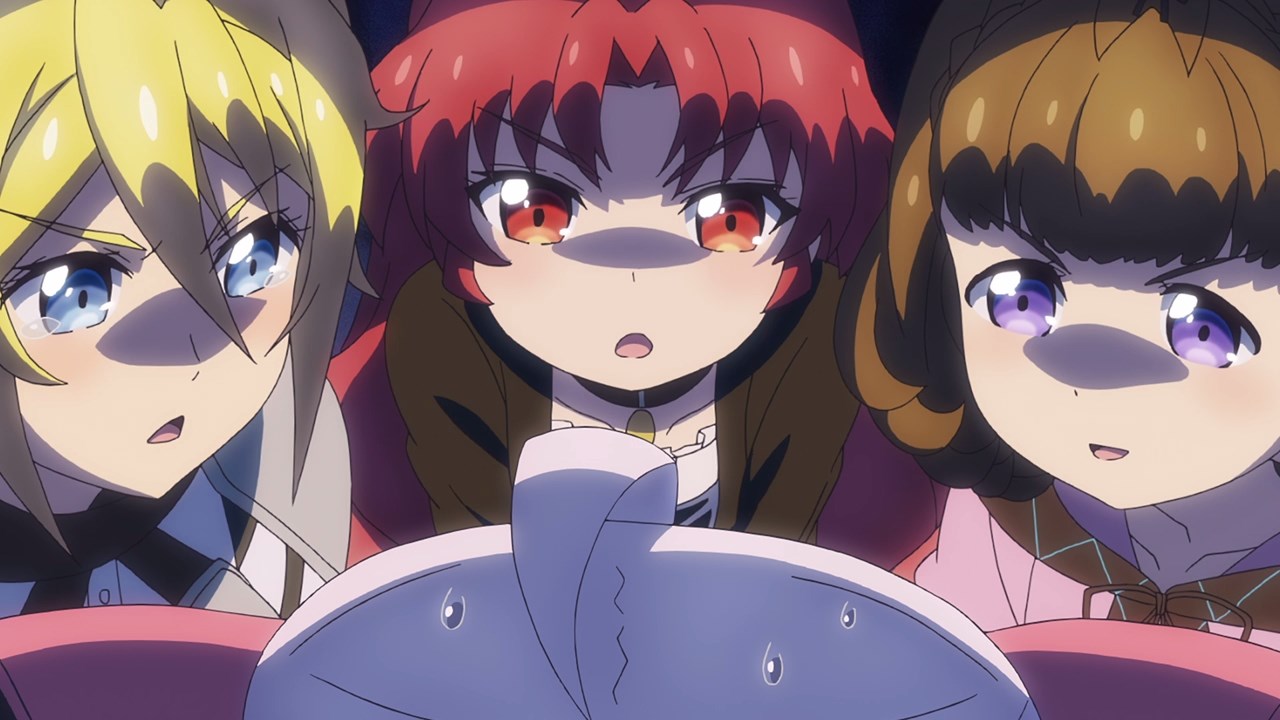 And now, it’s time for the main event as everyone wants to hear Mile’s backstory, although she really doesn’t want to tell everything about her past life as Misato Kurihara. 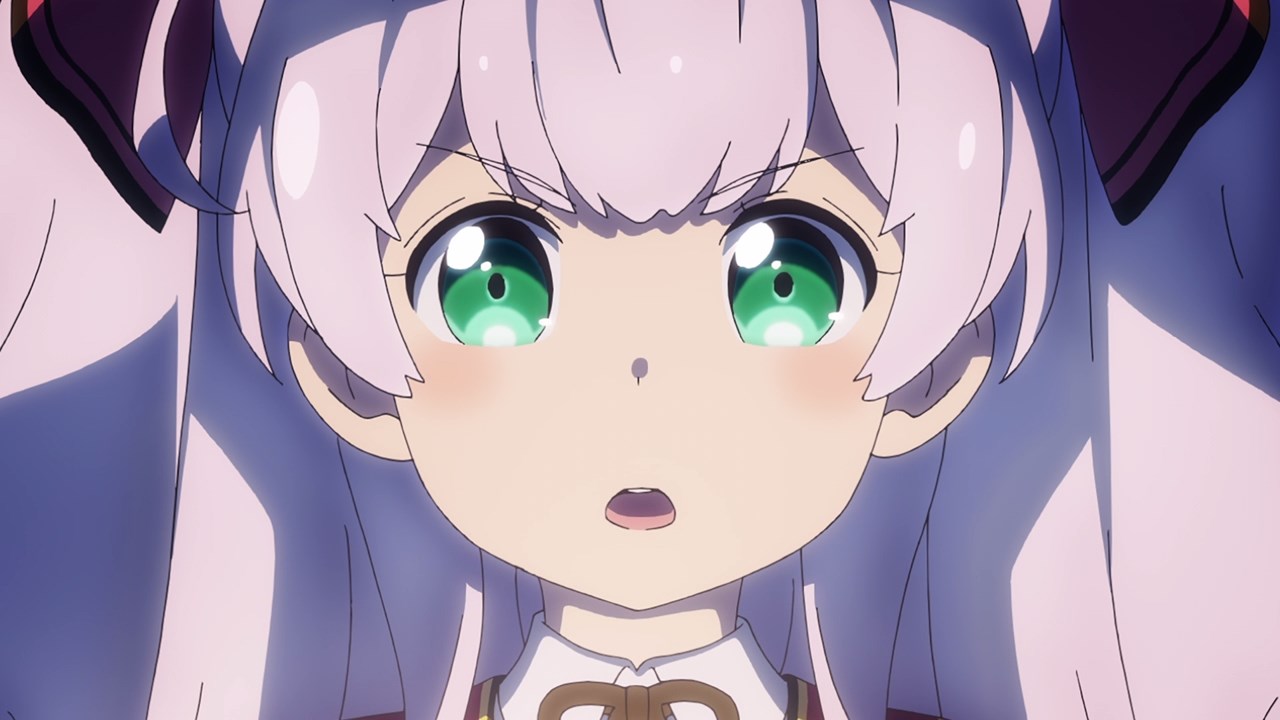 Rather, Mile will tell about her life after reincarnating into Adele von Ascham because that’s the most interesting part. 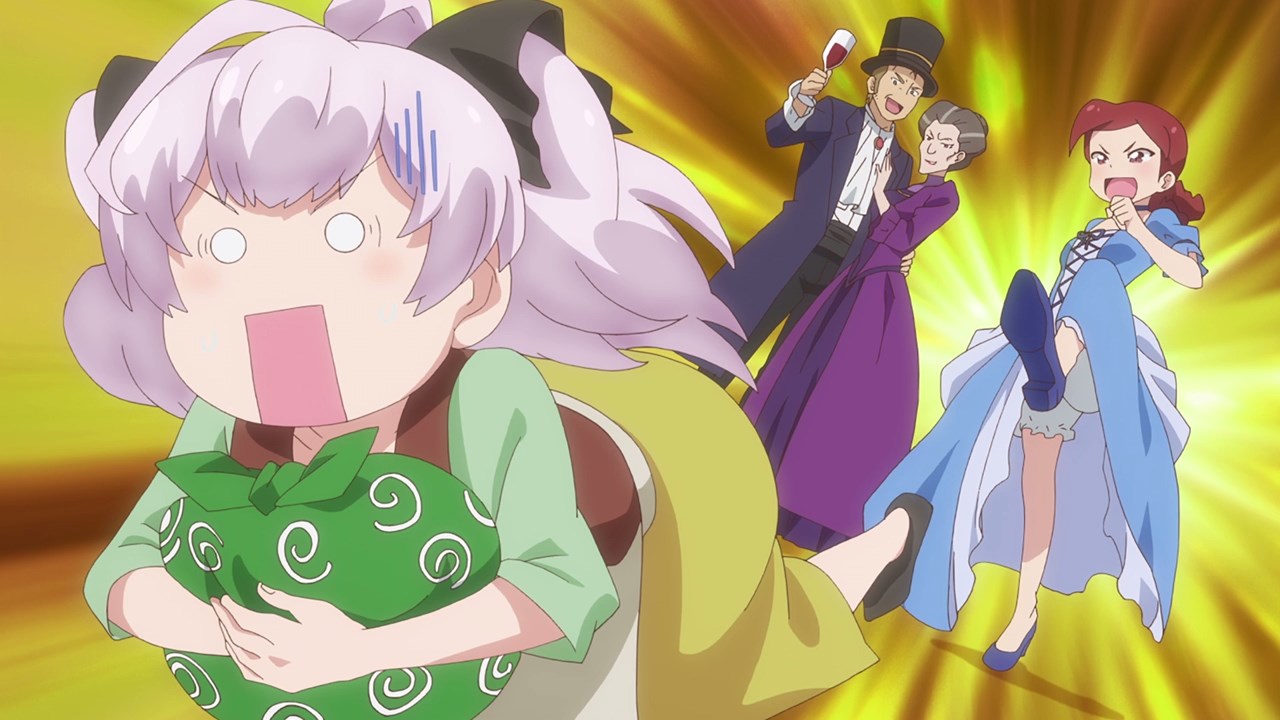 Okay, it turns out that it was a case of Cinderella story, or rather a worse one at that with Adele’s father kicking her out in favor of his step-daughter Prissy, right after Adele’s mother and grandfather passed away.

Oh and here’s the thing though because Adele’s mother and grandfather got murdered by her scumbag father. But you know what, I think Misato should have asked God to give her a simple life instead of being caught in some noble family crisis. 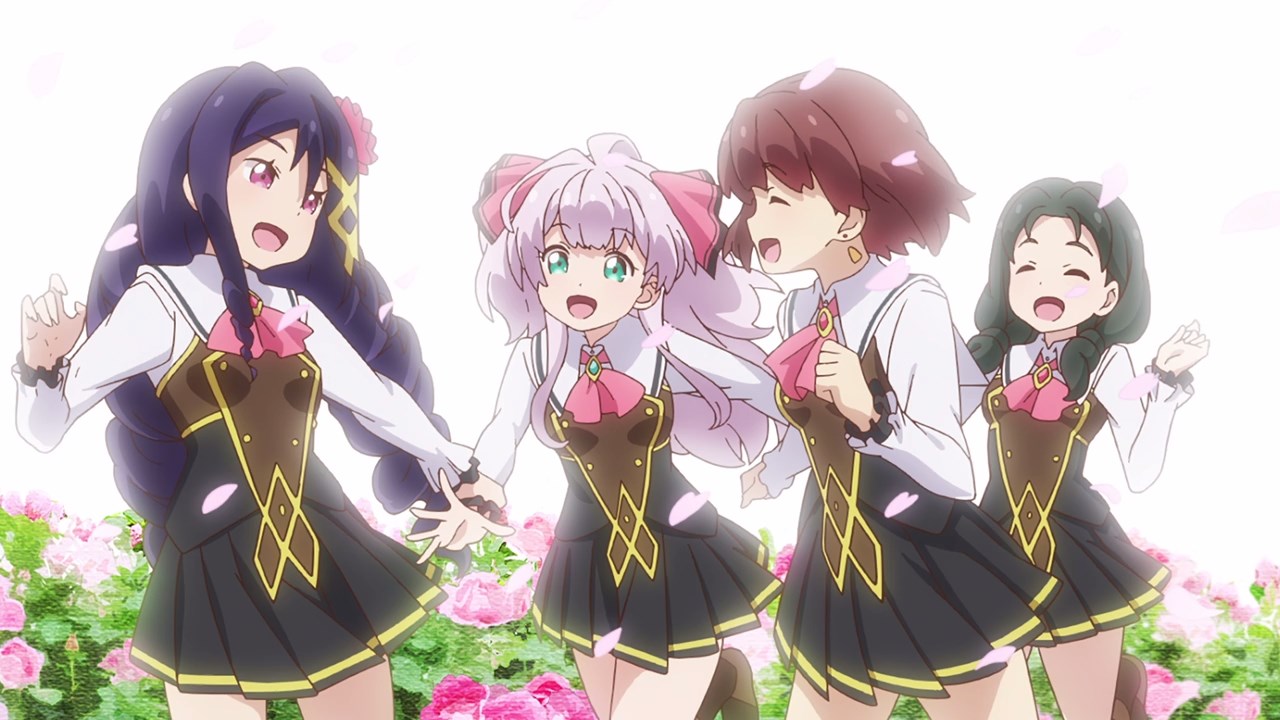 Fortunately, Adele von Ascham got somewhat better upon enrolling to Eckland Academy, where she befriended some upper-class students like Marcela, Monika, and Aureana. It’s better than staying at the mansion! 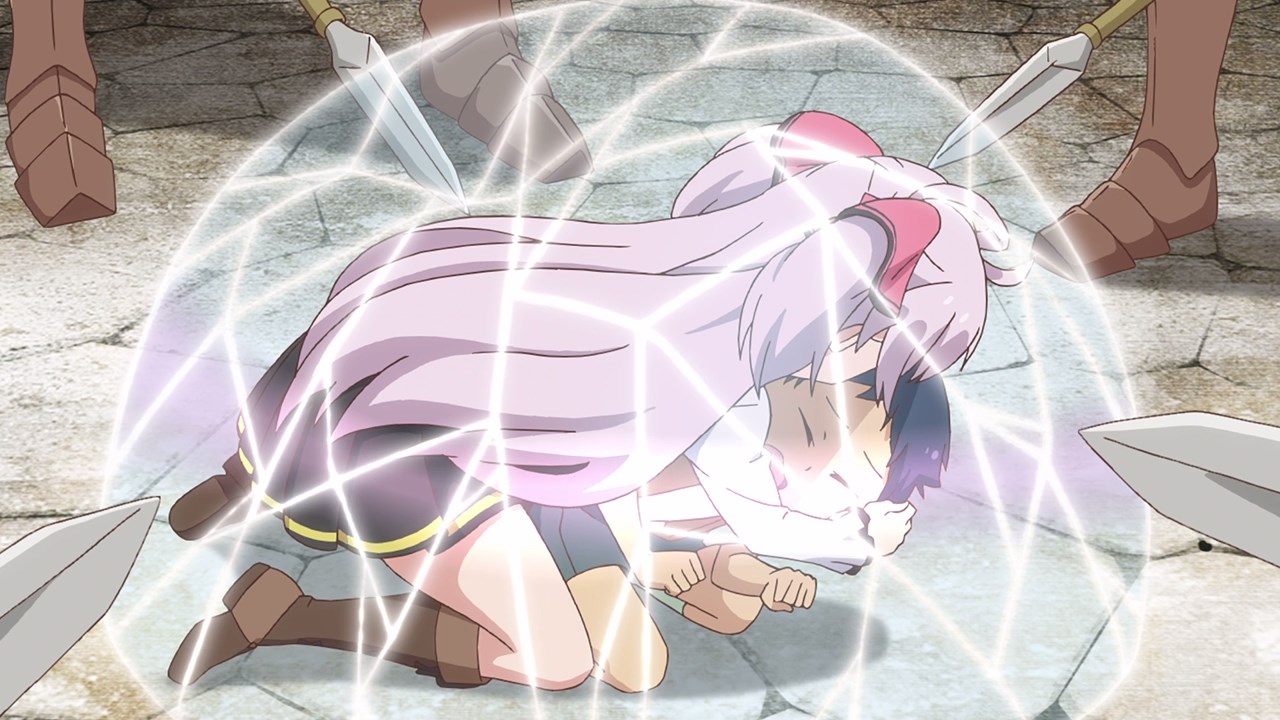 However, her peaceful days at Eckland Academy has ended when Adele tries to save this boy from being run over or being killed by royal guards by creating a barrier. 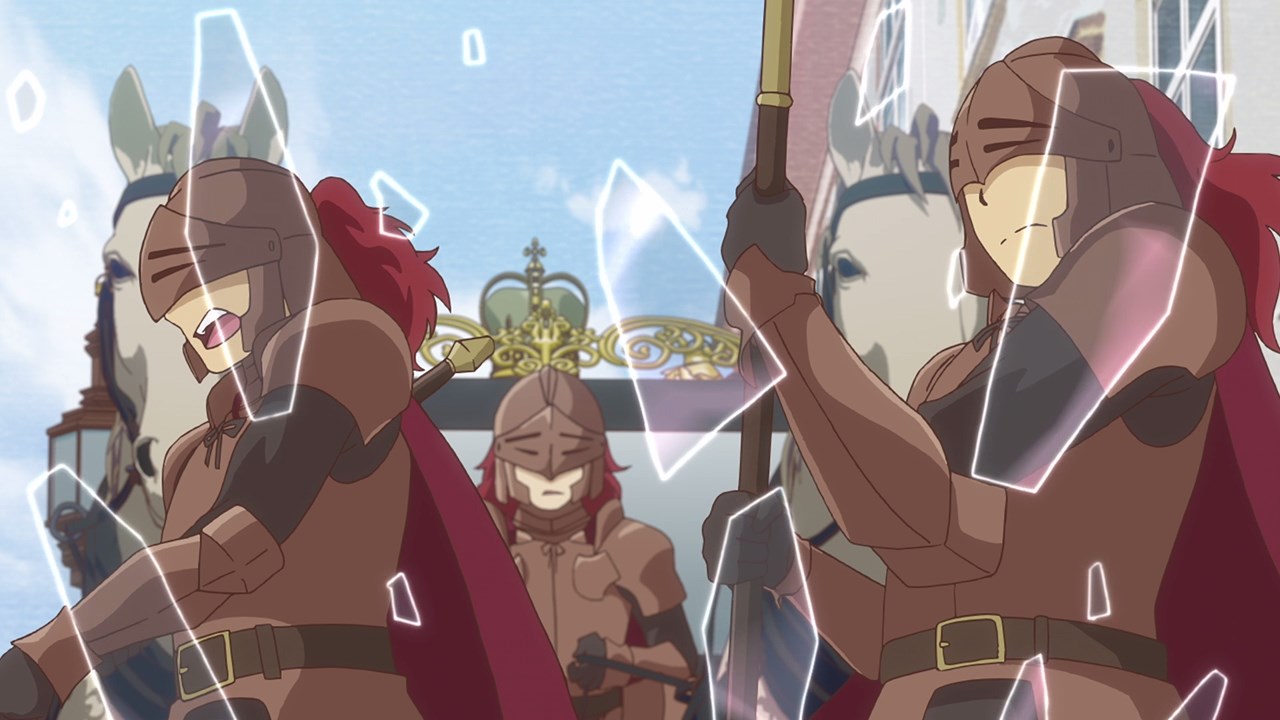 Of course, she can’t tell everyone that her magic was manifested thanks to nanomachines, so Adele came up with an excuse for it… 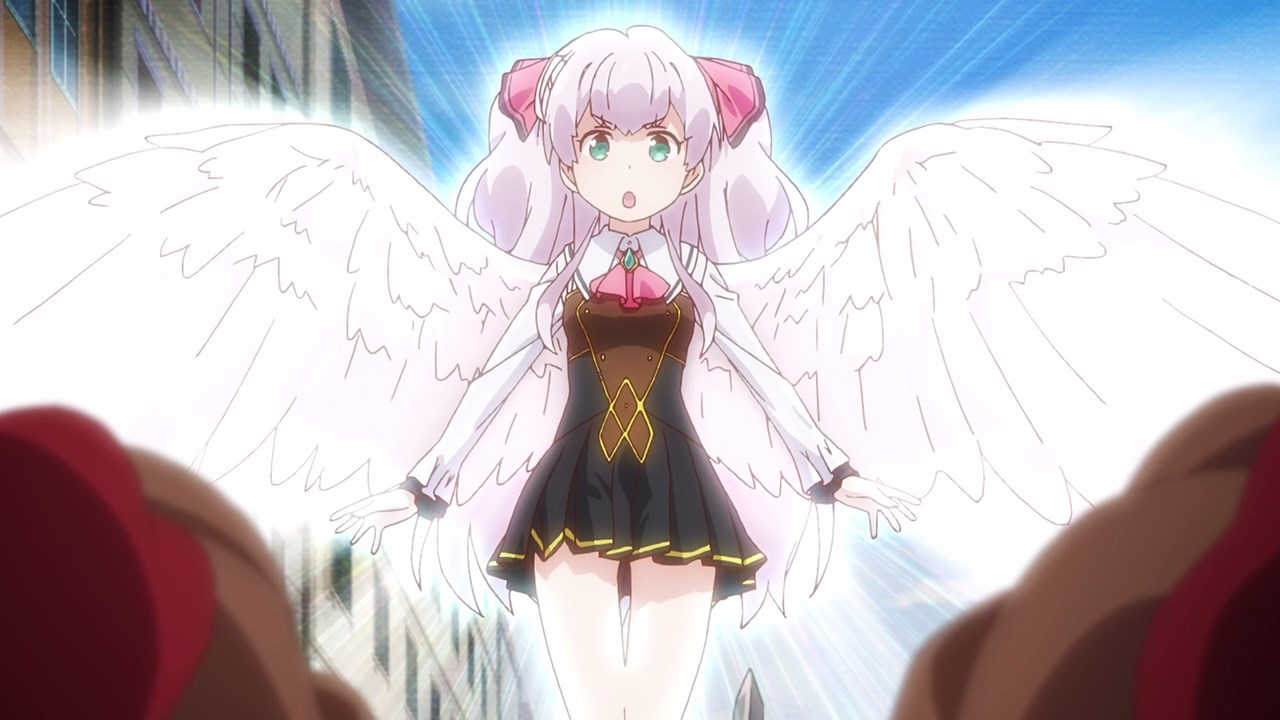 …like telling everyone that she was a goddess that was descended from heaven, complete with angelic wings!

Well, that’s a good way to explain Adele’s magic powers to everyone, except that it gives more attention to her. 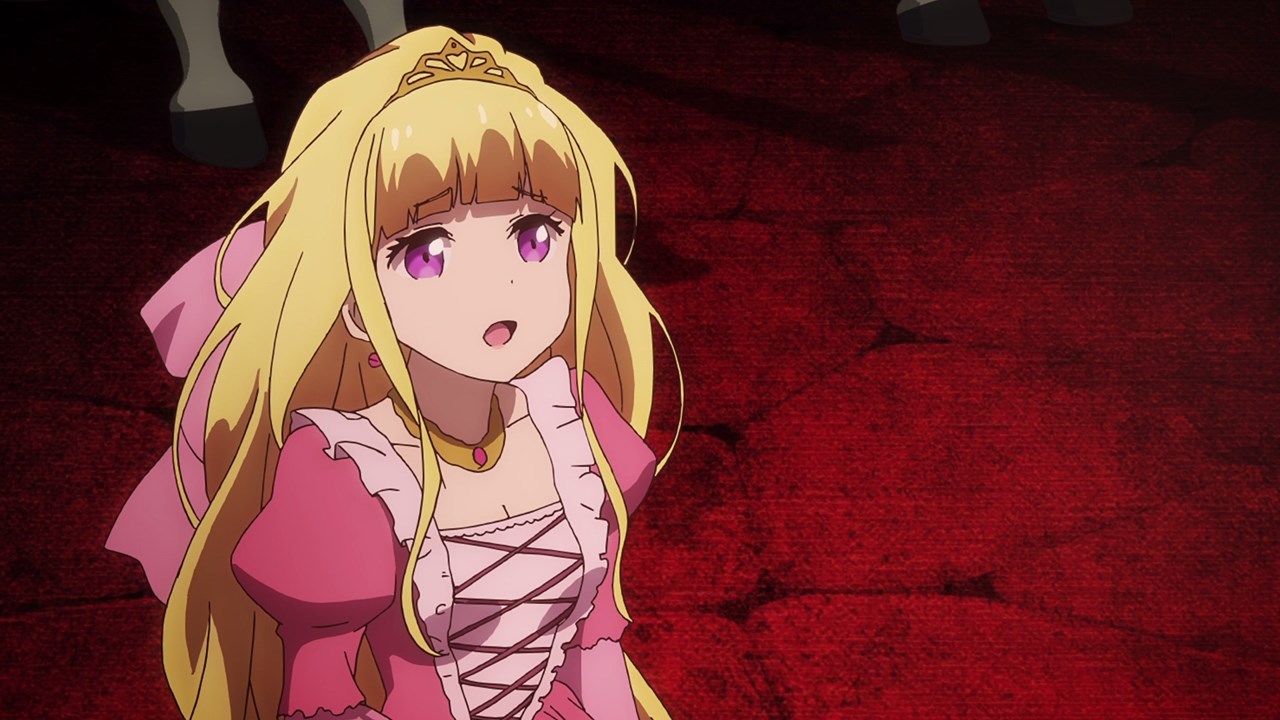 This includeds Princess Morena where she told the king about Adele’s descent. Yeah, seems that Adele’s stunt has blown out of the proportion that she might get killed! 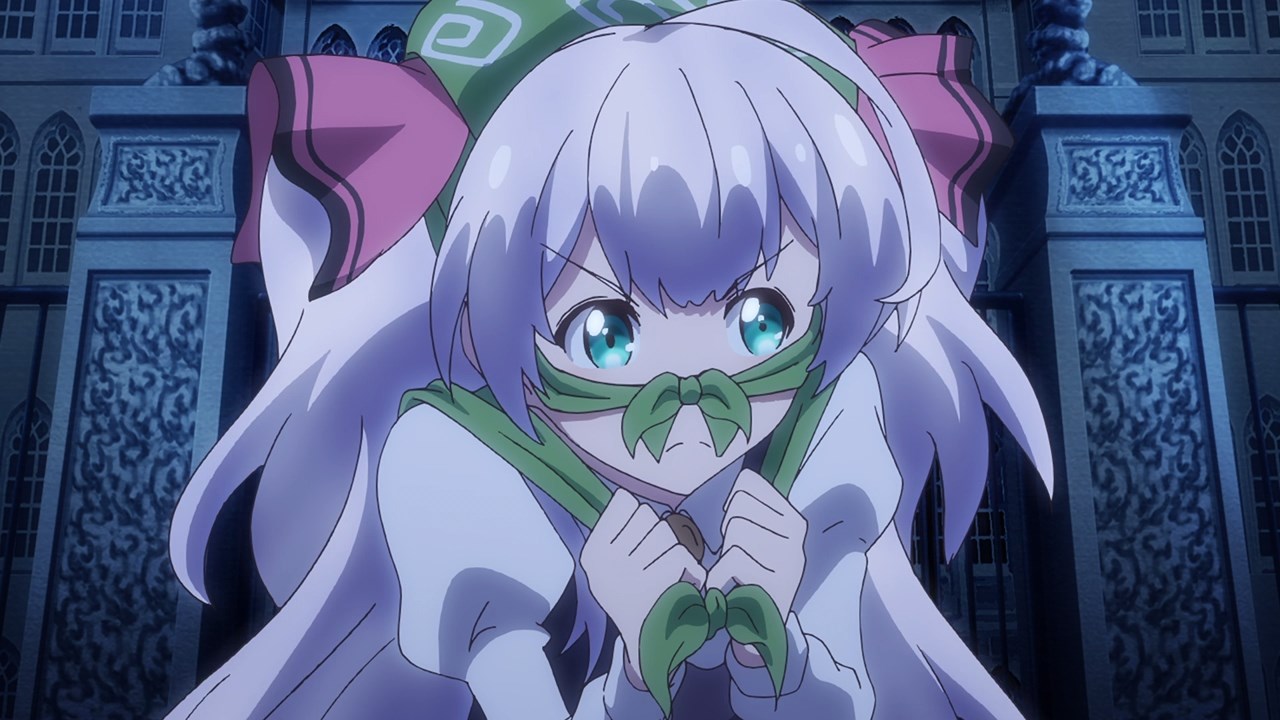 So, she decides to make her escape from Eckland Academy and went to another town as Mile. And that’s the end of her crazy backstory in which Adele or Mile got better upon becoming a hunter! 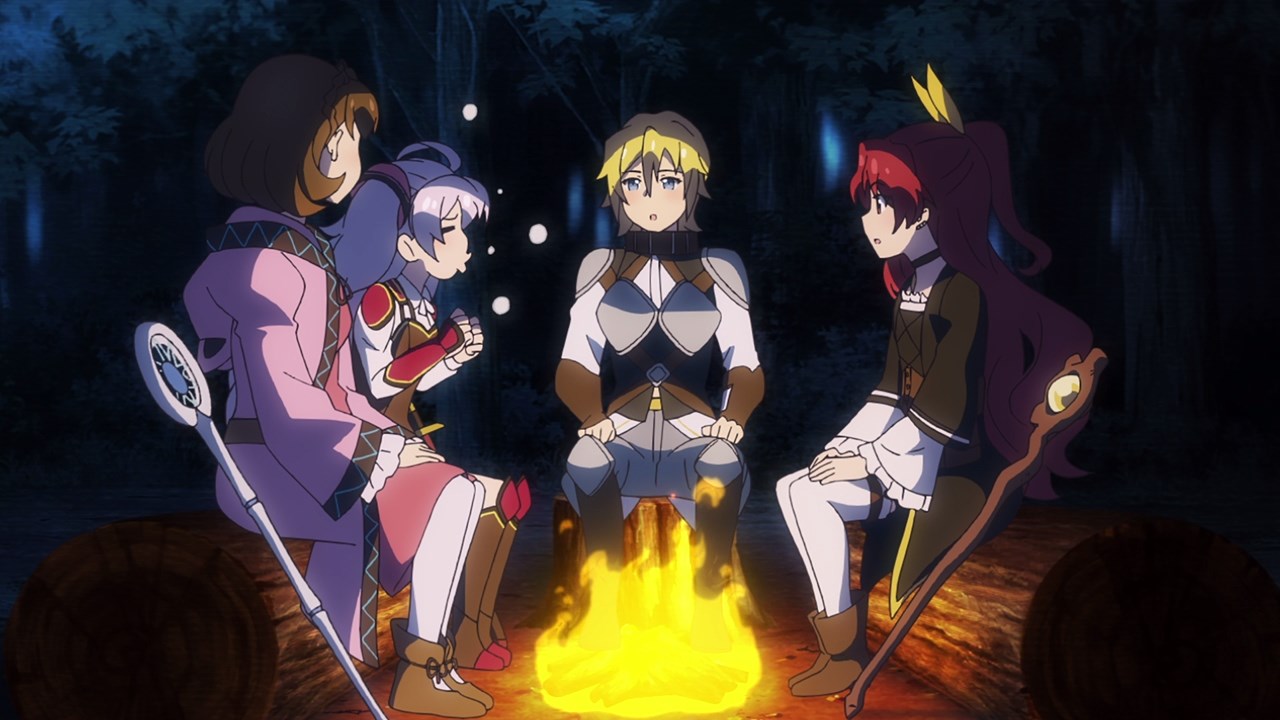 But you know what, I rather take Reina’s tragic backstory over everyone else because it’s far more interesting and it shows why she wants to become a hunter in the first place. Still, all I can say is that Reina is feeling better now that she has friends at her side.

Anyways, that’s about it for this week’s episode and while they’ll get their reward afterwards, I don’t know what comes next for Mile and her friends.