Posted on November 8, 2019 by benigmatica 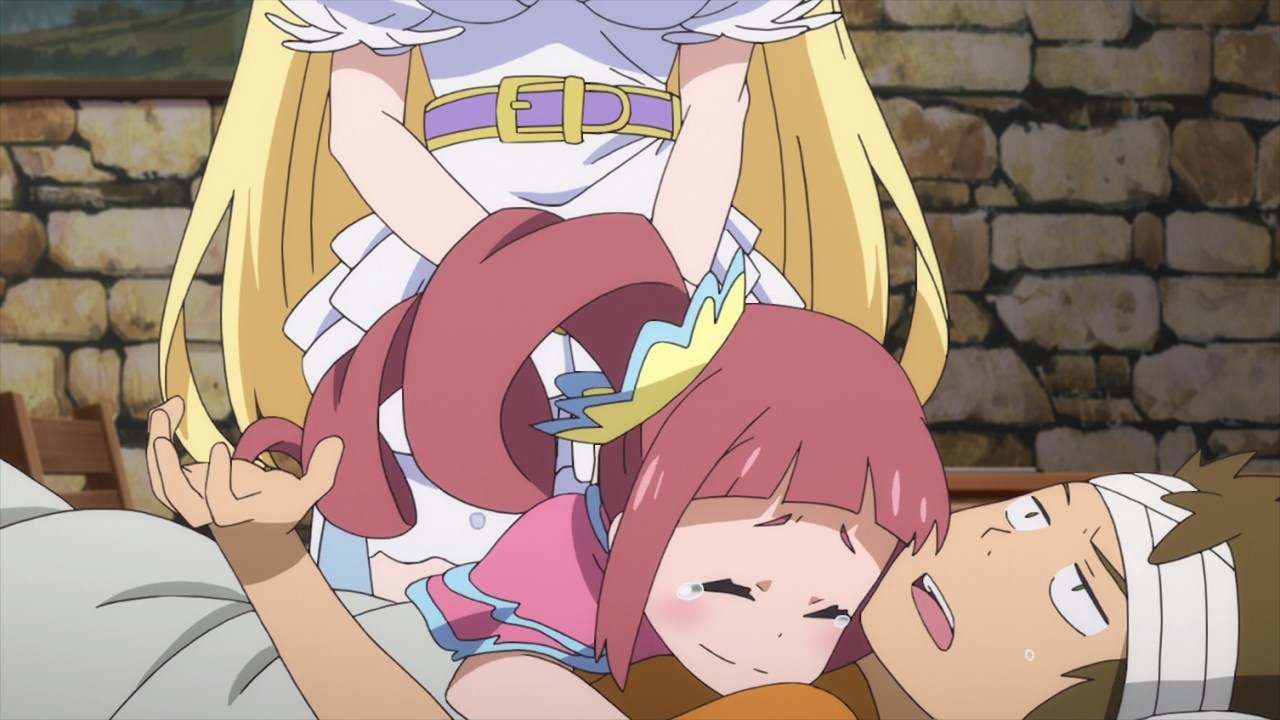 Here’s Eruru as she felt a sigh of relief now that Mash is saved! It’s all thanks to Seiya Ryuuguuin for not only defeating Deathmagla, but rescued a dragon-born warrior. 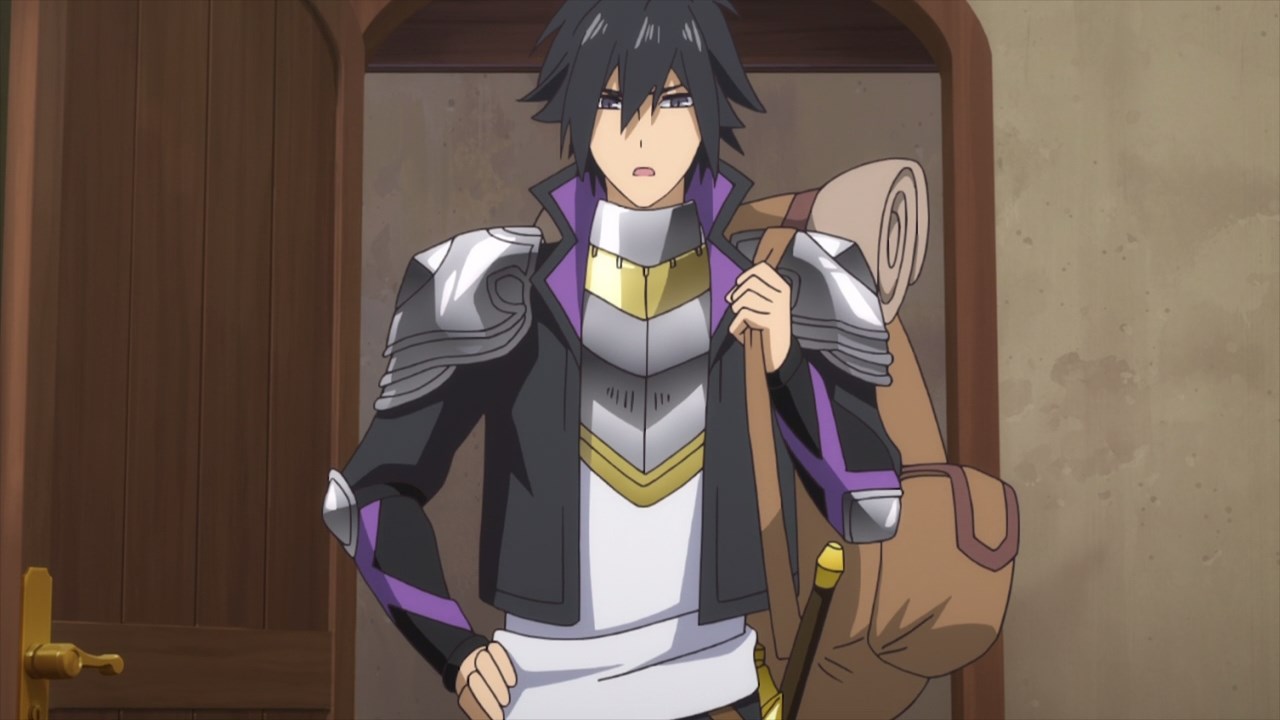 Speaking of Seiya Ryuuguuin, he told everybody that they’ll return to the Unified Divine Realm for some more training.

Um Seiya, how about you explore Gaeabrande much like how heroes typically do. I mean, you’re missing some amazing moments when going on an adventure! 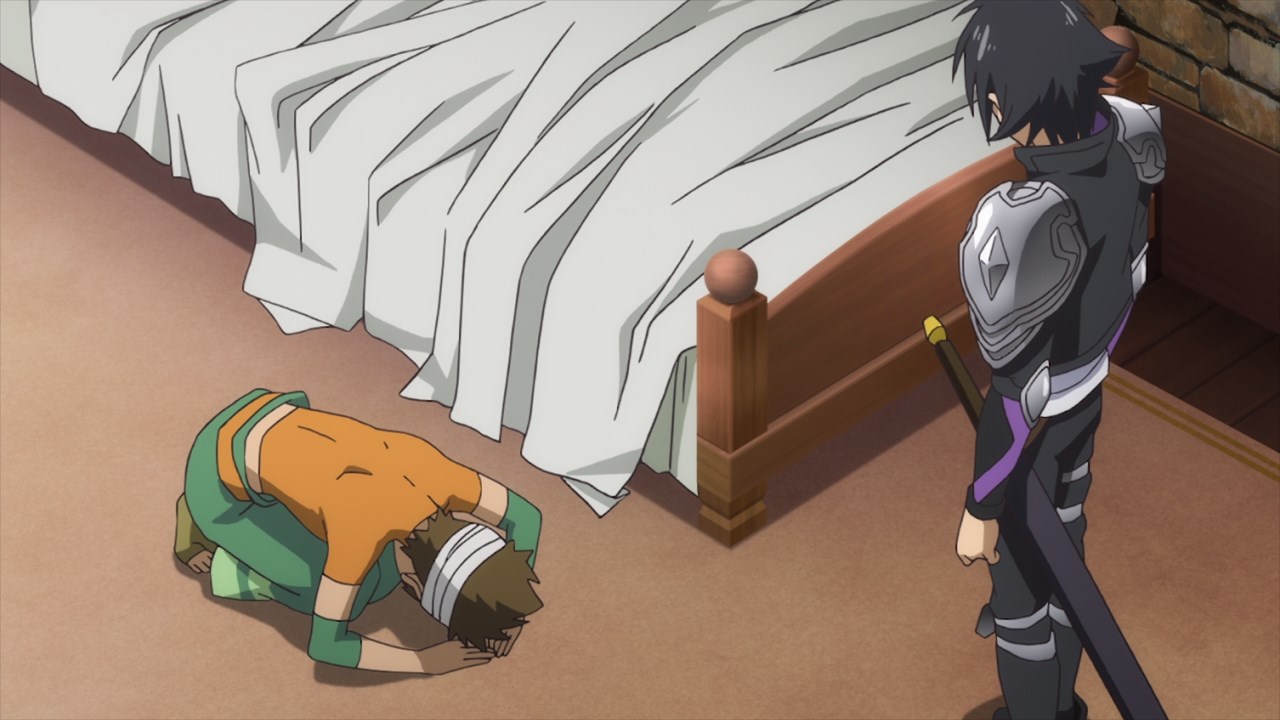 As for Mash, it appears that he wants to become Seiya’s apprentice, although Ryuuguuin won’t take Mash in because he preferred to fight alone.

Geez Seiya, you gotta put some trust to others, not doubting them all the time as if everyone you see is an enemy! 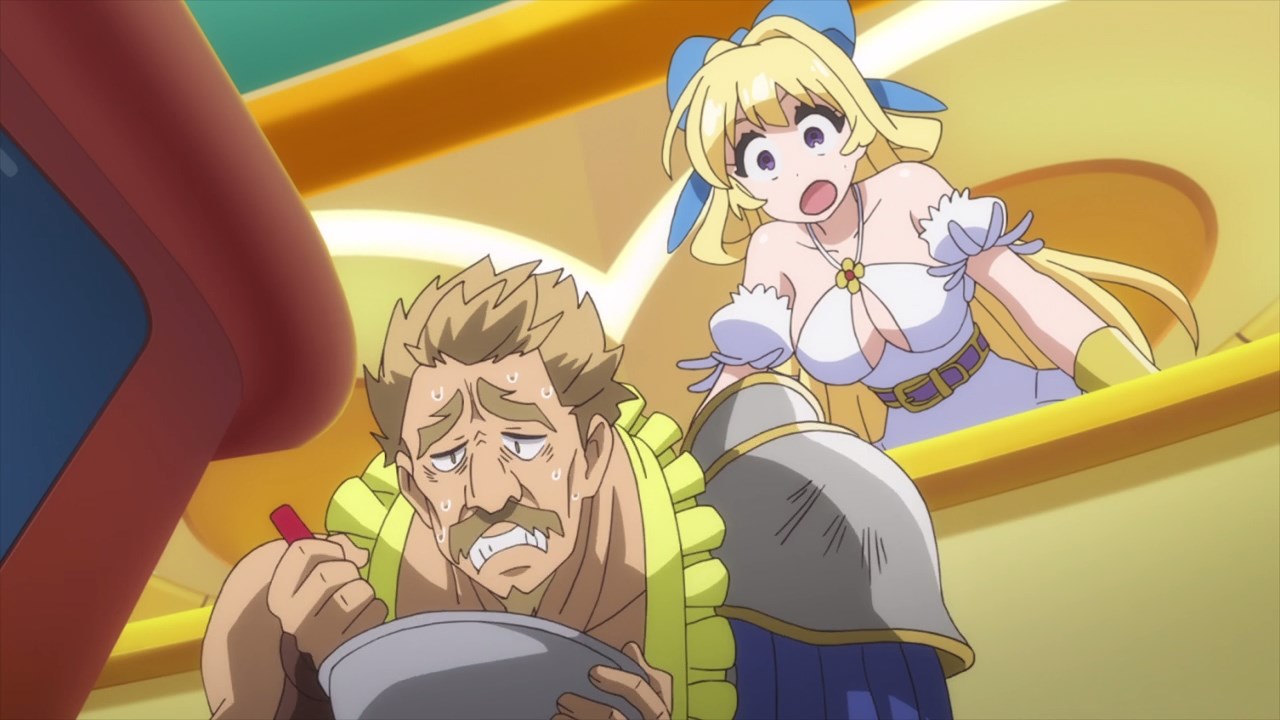 Anyways, let’s return to the Unified Divine Realm where the first order of business is to meet Cerceus.

Unfortunately, he ditches his Divine Blade for kitchenware because Cerceus is still scared towards Seiya Ryuuguuin, but he won’t train the cautious hero ever again. 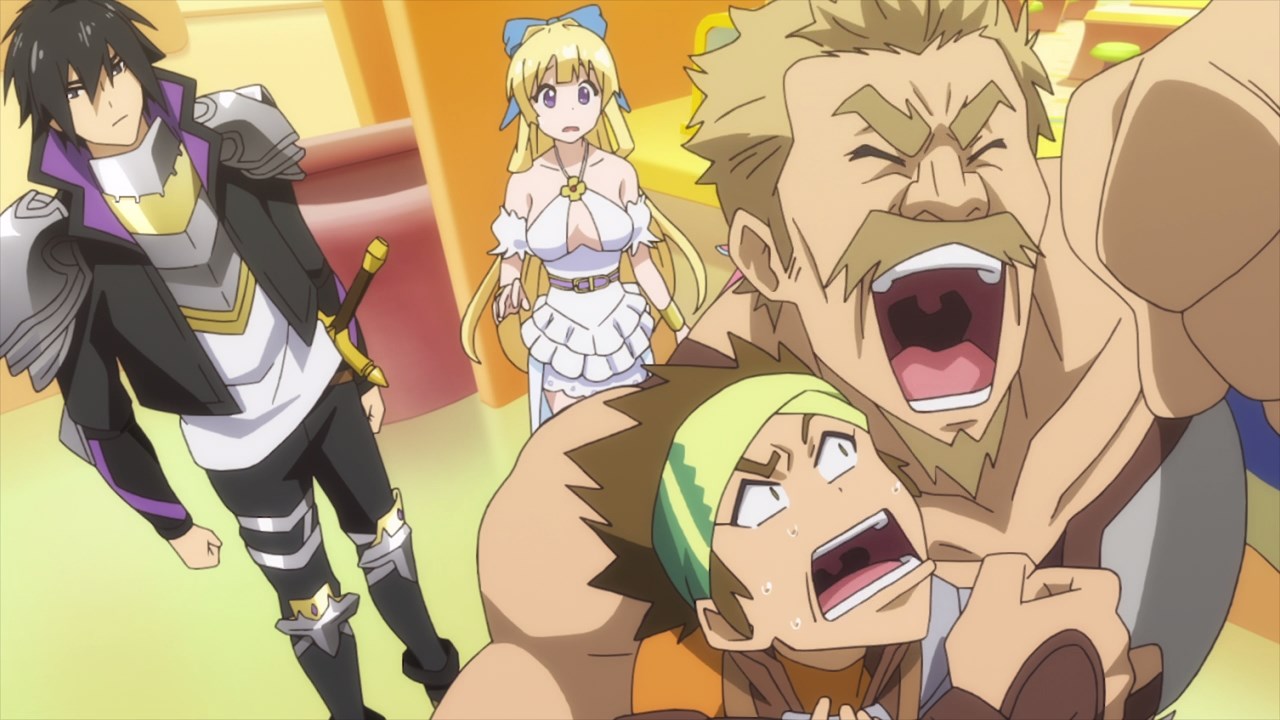 That’s because Seiya told Cerceus to train Mash instead, which he got excited ’cause he’ll train the dragon-born warrior without being bullied in the end. But what about Eruru? 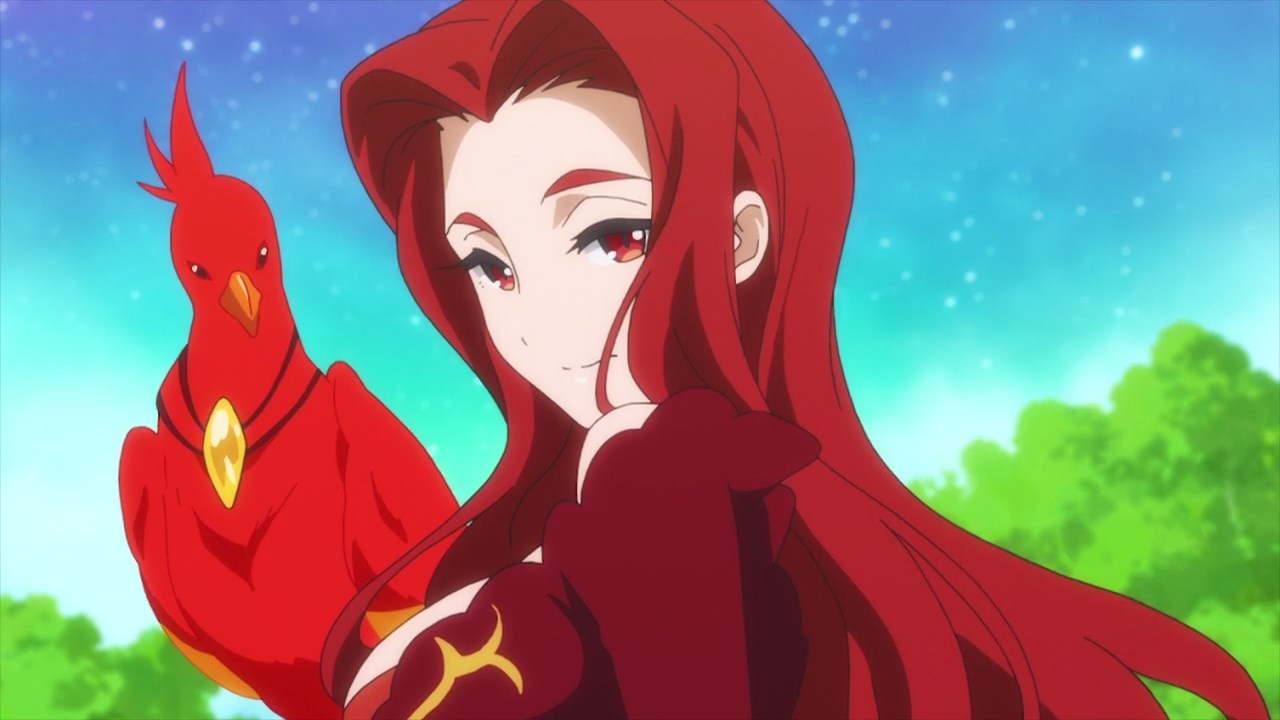 Well, she’ll be trained by Hestiaca who is a Goddess of Fire. Since Eruru is known for her fire magic, having Hestiaca as her teacher would be perfect. 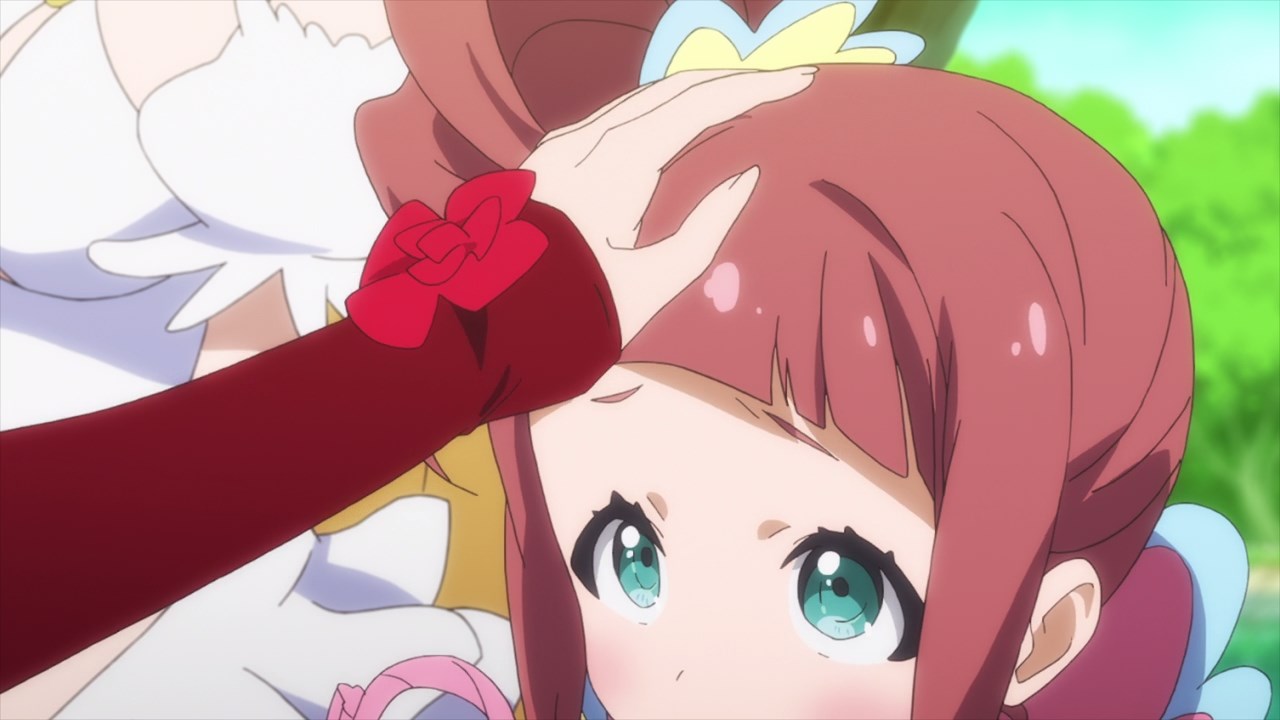 And so, both dragon-born warriors will be trained by deities until they become stronger.

Of course, I’m curious on what will Seiya do at the Unified Divine Realm since he claims that his power levels are not enough to defeat the Demon Lord.

So, he finds someone who will train him, but Seiya Ryuuguuin got into a brief scuffle with Valkyrie, one of the strongest goddess who wears nothing but chains as her underwear.

For Valkyrie, being mocked by a mortal is unforgivable but c’mon, I bet that Valkyrie will eventually surrender to Seiya much like Cerceus.

However, their scuffle between Seiya and Valkyrie was subsided when Ariadoa stepped in. Yeah, she doesn’t want a conflict between gods and a cautious hero.

So while Valkyrie will let it slide thanks to Ariadoa, who will train Seiya Ryuuguuin? 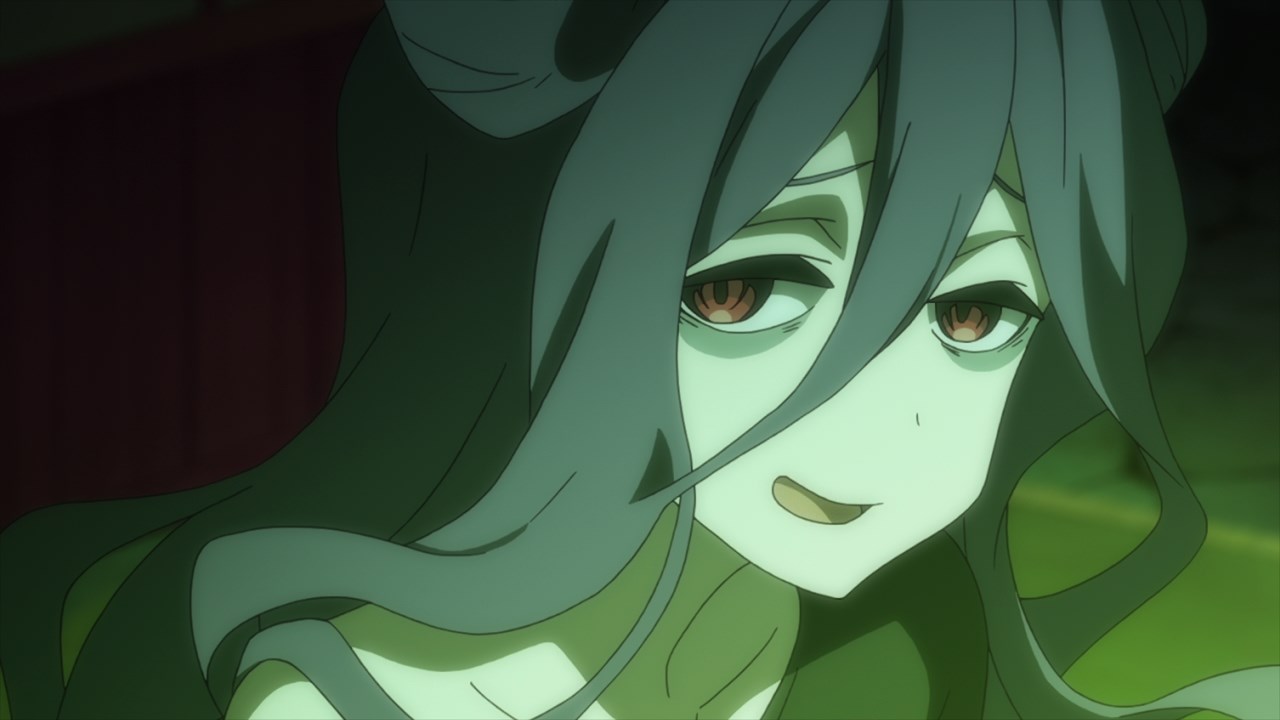 Well, Ariadoa found an answer in the form of Adenela, the Goddess of War where she’ll teach Ryuuguuin some new sword techniques despite being creepy. 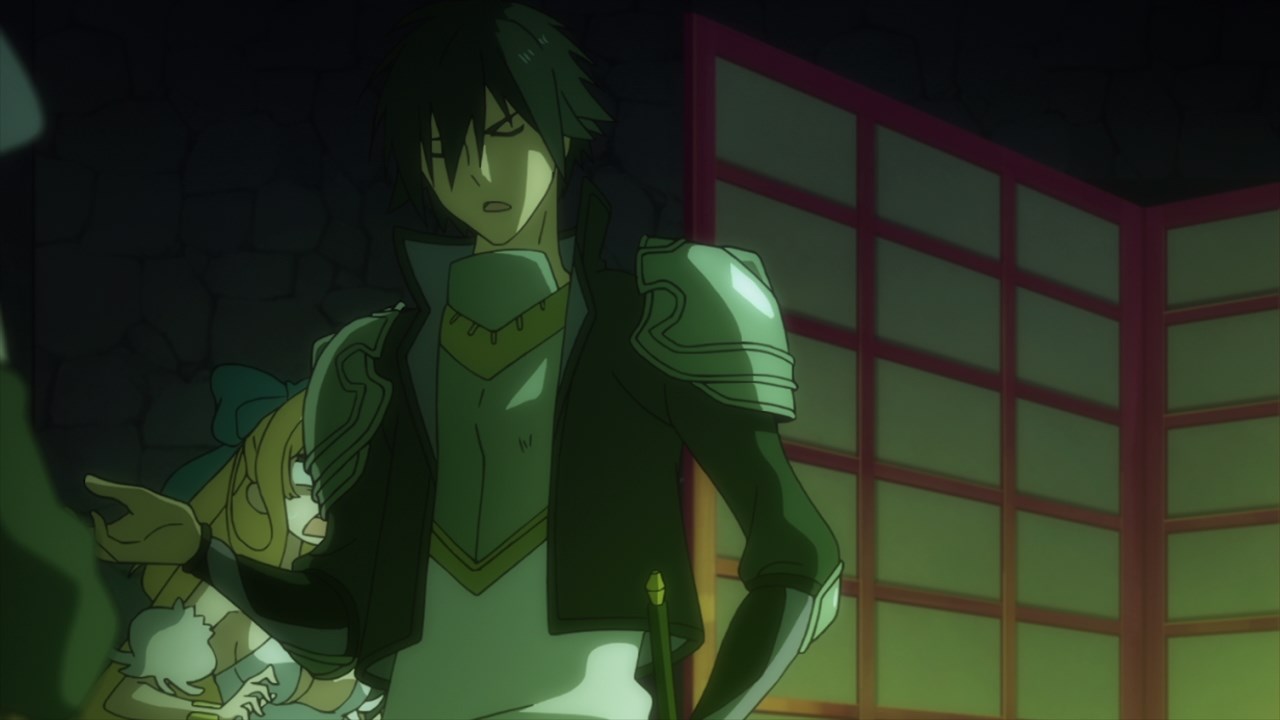 And so, Seiya wastes no time accepting Adenela’s offer of teaching him new techniques. Then again, I don’t want Seiya bullying Adenela much like Cerceus. 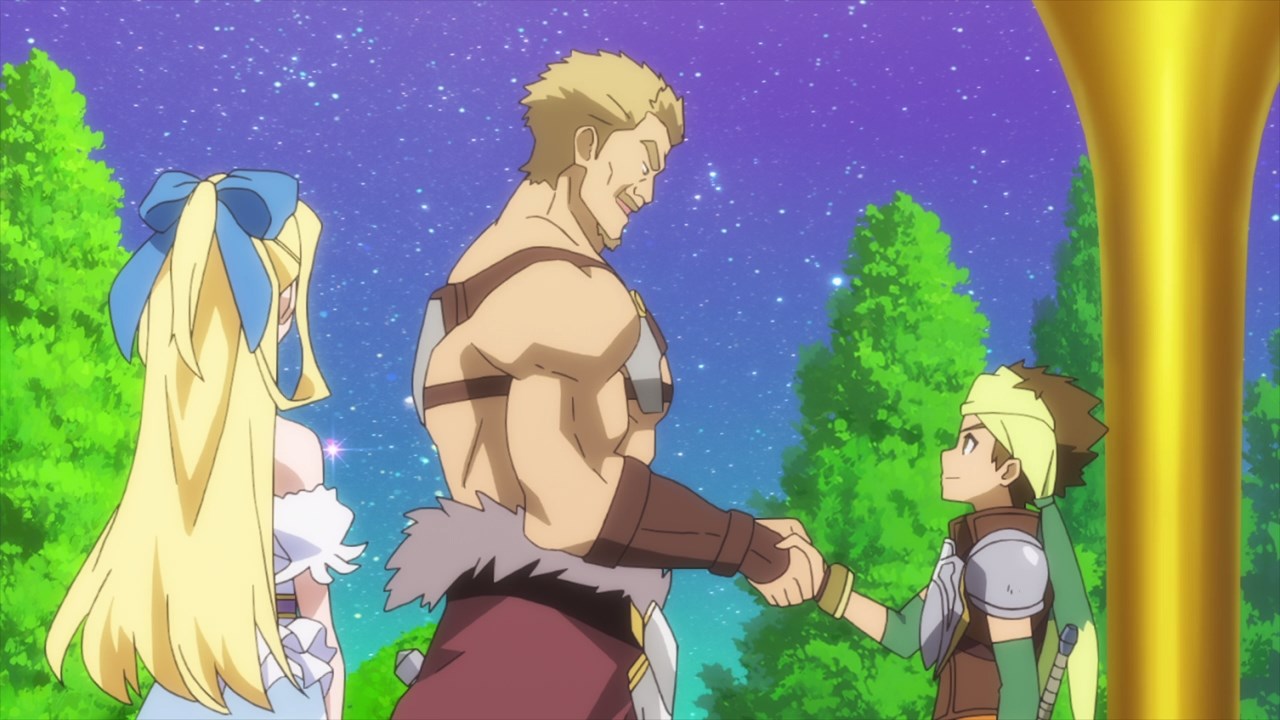 After a few days of grinding, Seiya Ryuuguuin and his two dragon-born companions have finished their training.

For Mash, he got stronger thanks to his training with Cerceus. Speaking of Cerceus, he overcome his trauma that he can finally wield his Divine Blade! 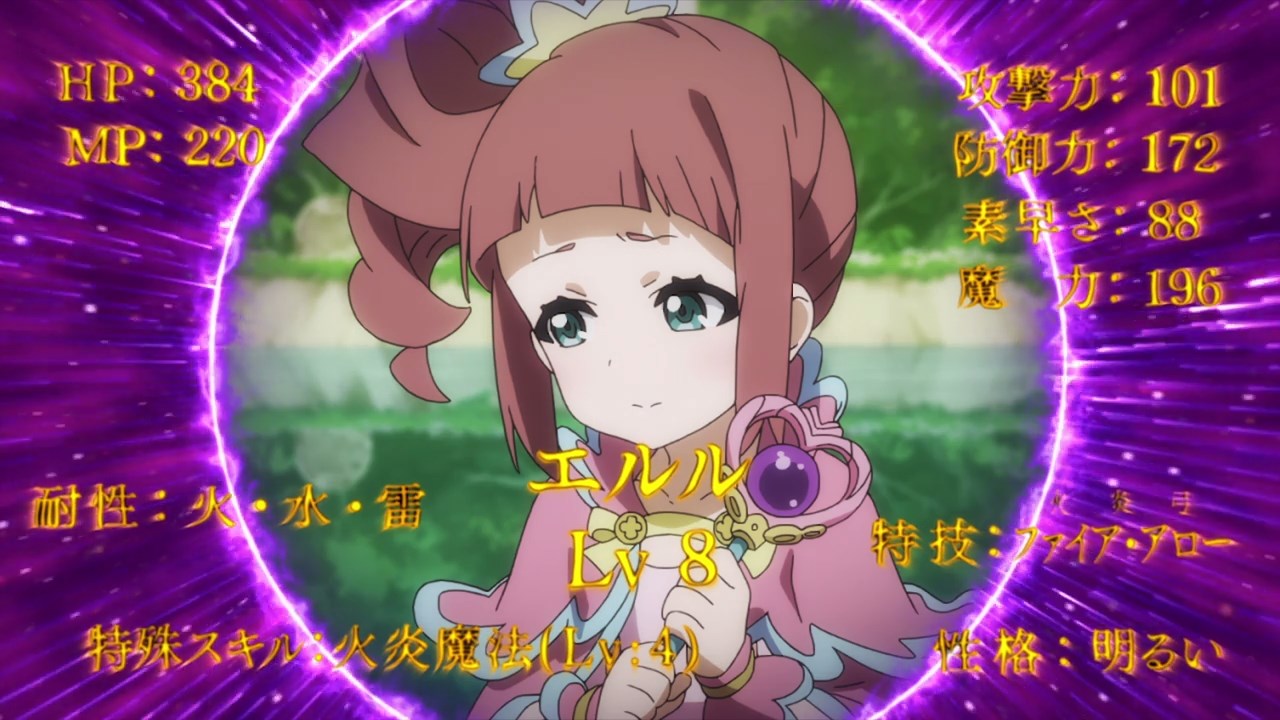 As for Eruru, her training didn’t go well as Eruru didn’t get any new fire spells. What’s going on?

Turns out that Eruru doesn’t have the talent when it comes to casting fire spells, which is why Hestiaca told Ristarte that it’s impossible to teach her new spells nor improve her existing ones.

Man, now I feel bad towards Eruru as she’s being treated as some liability rather than an asset. 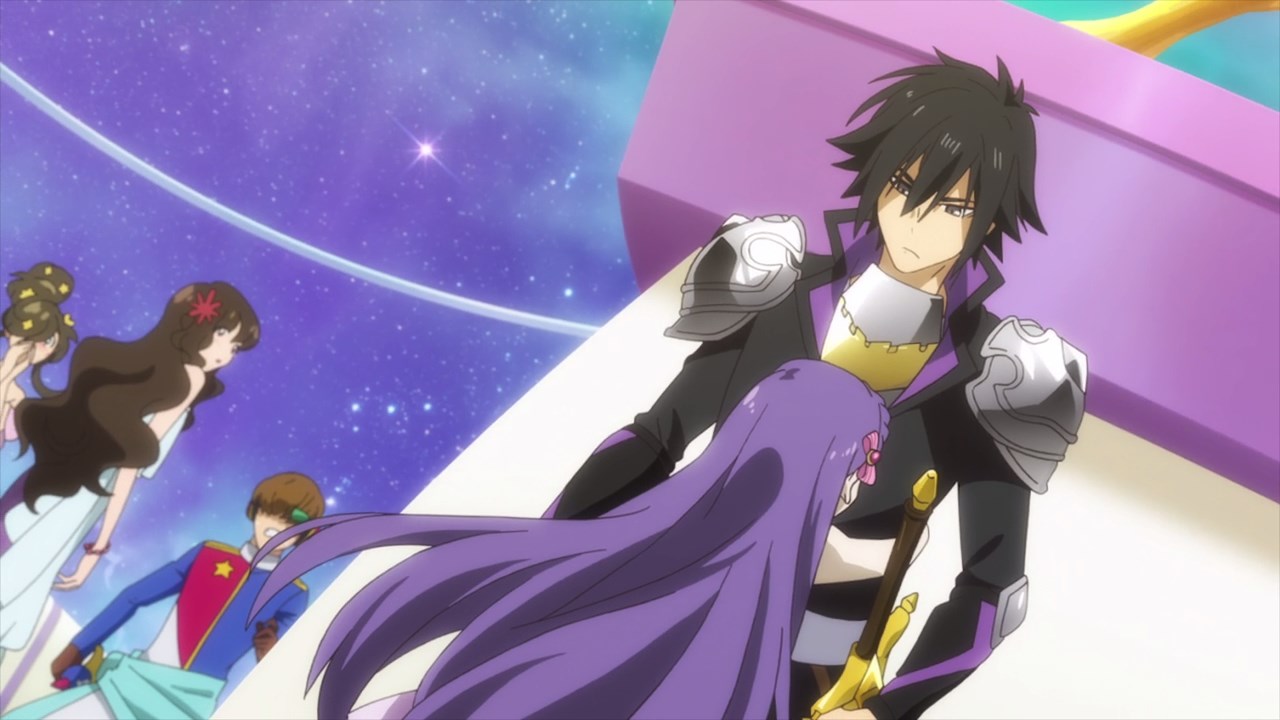 Now then, it seems that Seiya Ryuuguuin met this cute girl. Hmm, I wonder who this girl is? 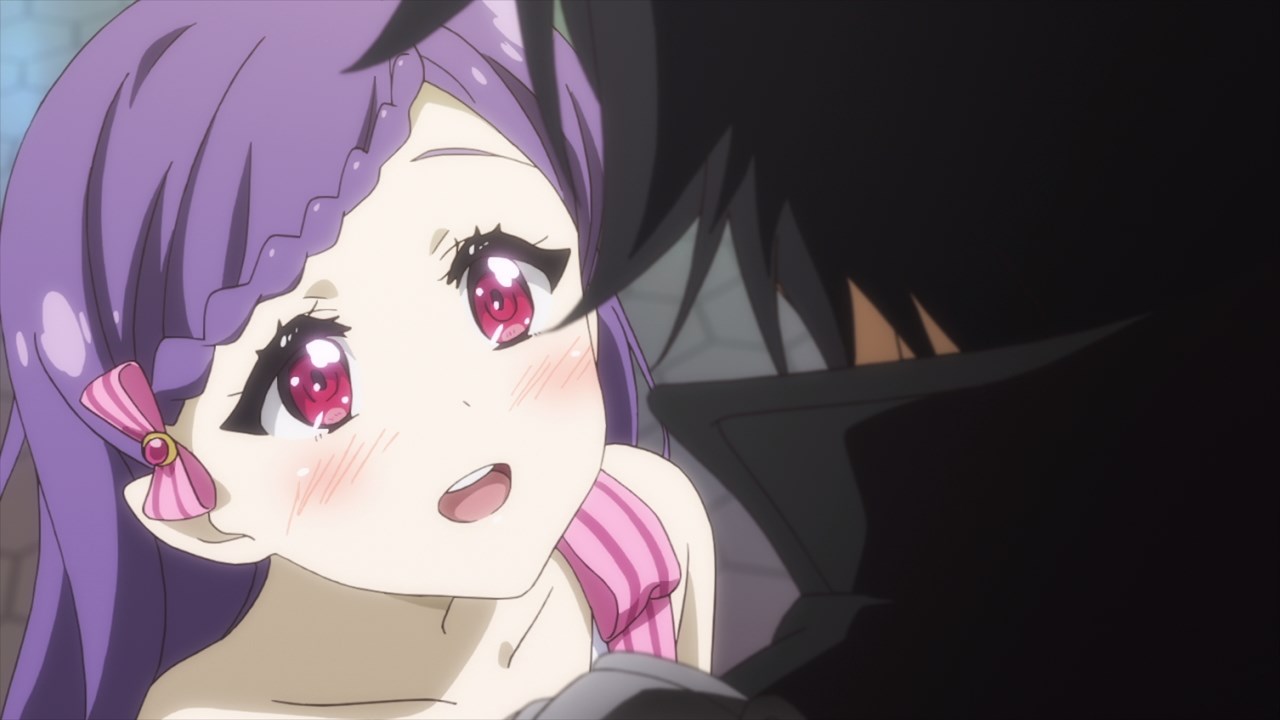 Wait a minute, isn’t that Adenela? How come she transformed from a creepy goddess into a cutie? Did Seiya did something to her?

Anyways, this Goddess of War wants to join Seiya Ryuuguuin in his adventure to Gaeabrande. 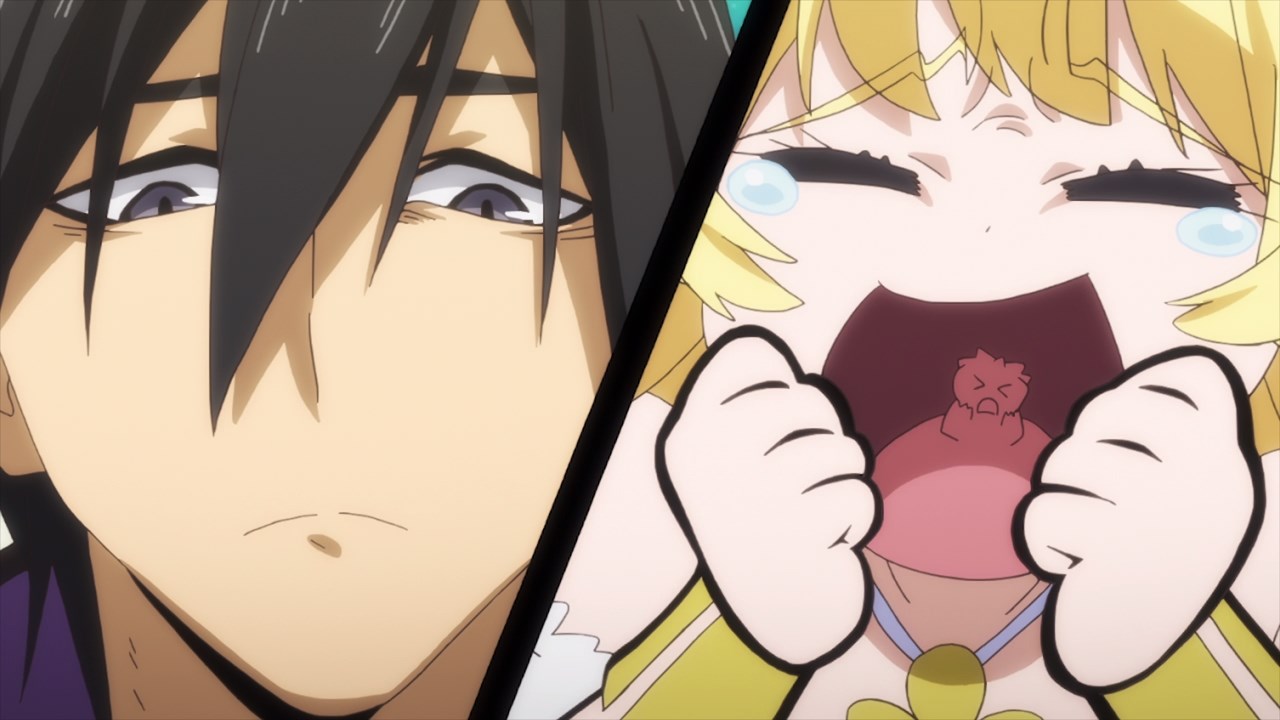 Unfortunately for Adenela, Seiya Ryuuguuin sees her with disgust as he clearly doesn’t want to take the Goddess of War in. Damn Seiya, you’re freakin’ cold towards Adenela! 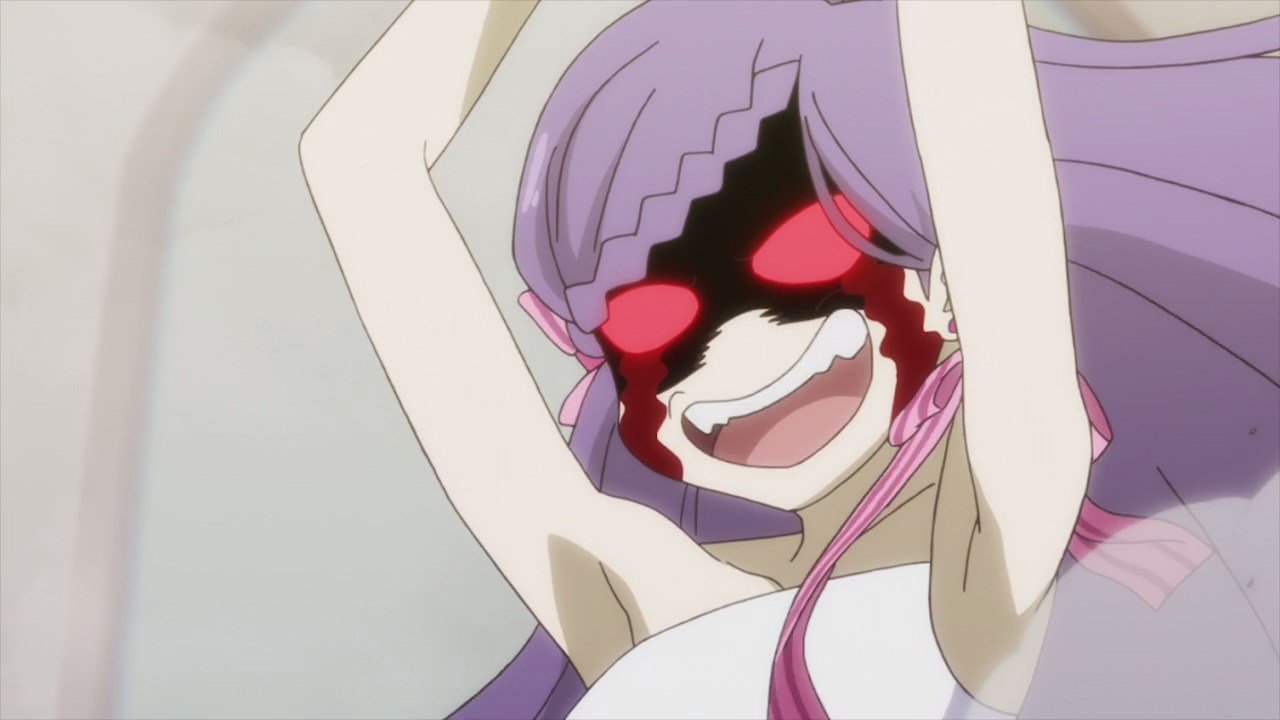 But thanks to Seiya’s refusal to take Adenela in, she snapped and started destroying the entire realm. I have to say that you don’t want to deal with a scorned goddess! 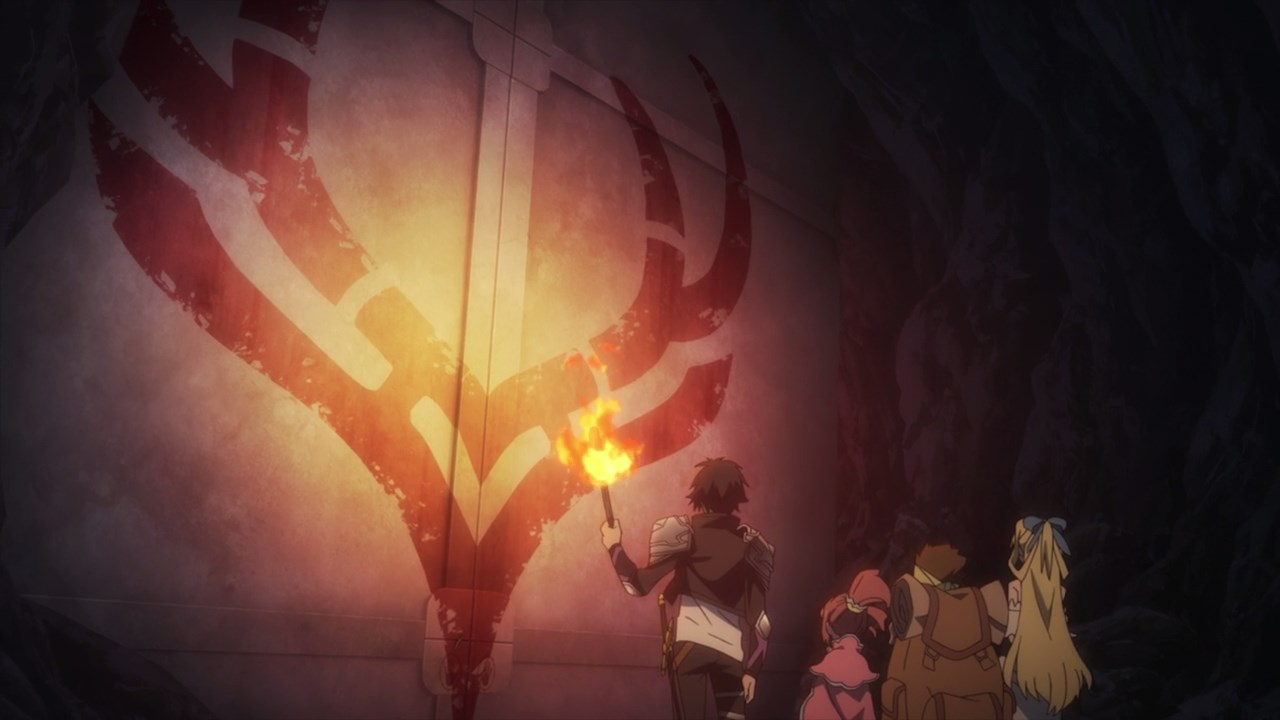 Now then, let’s move onto the next scene where Seiya’s ragtag party will visit the Dragon Village as they heard that there’s a legendary weapon being given to heroes.

Unfortunately, this door needs the blood of the dragonkin in order to open it. Thus, it’s up to Mash and Eruru’s turn to become useful by acting as keys to the village. 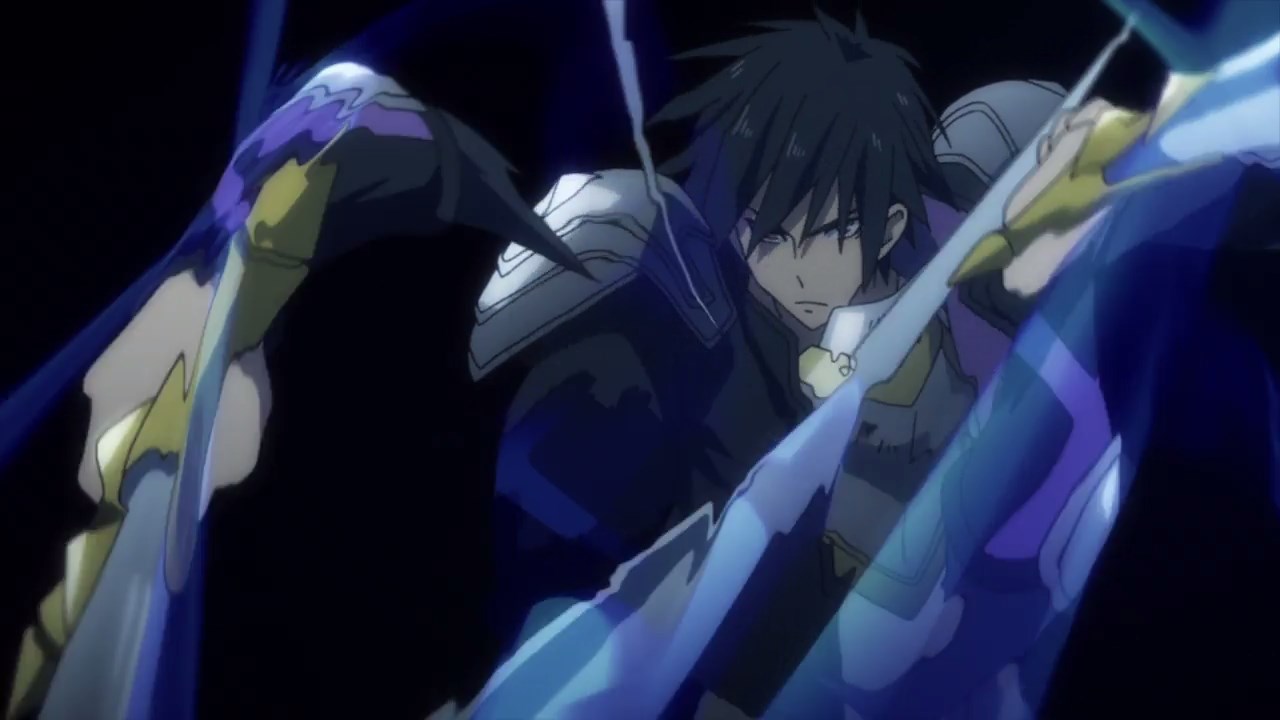 Then again, there’s no need for both Mash and Eruru to open the door ’cause Seiya will use his new technique to bust it open!

This is Seiya’s new sword technique called Eternal Sword, where he slices and dices at ridiculously high speed that you can’t see it to the naked eye. 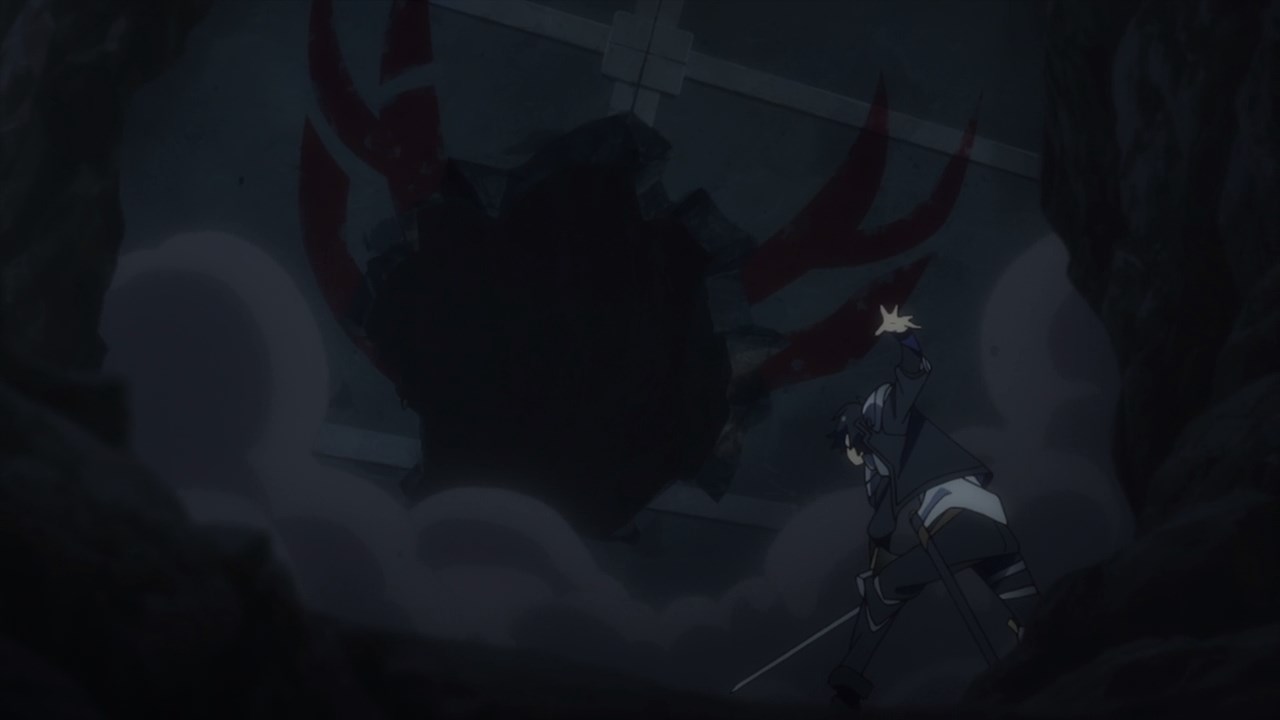 But anyways, this door leading to the Dragon Village is finally open. Man, gotta say that both dragon-born warriors are being treated as carriers for Seiya’s stuff. 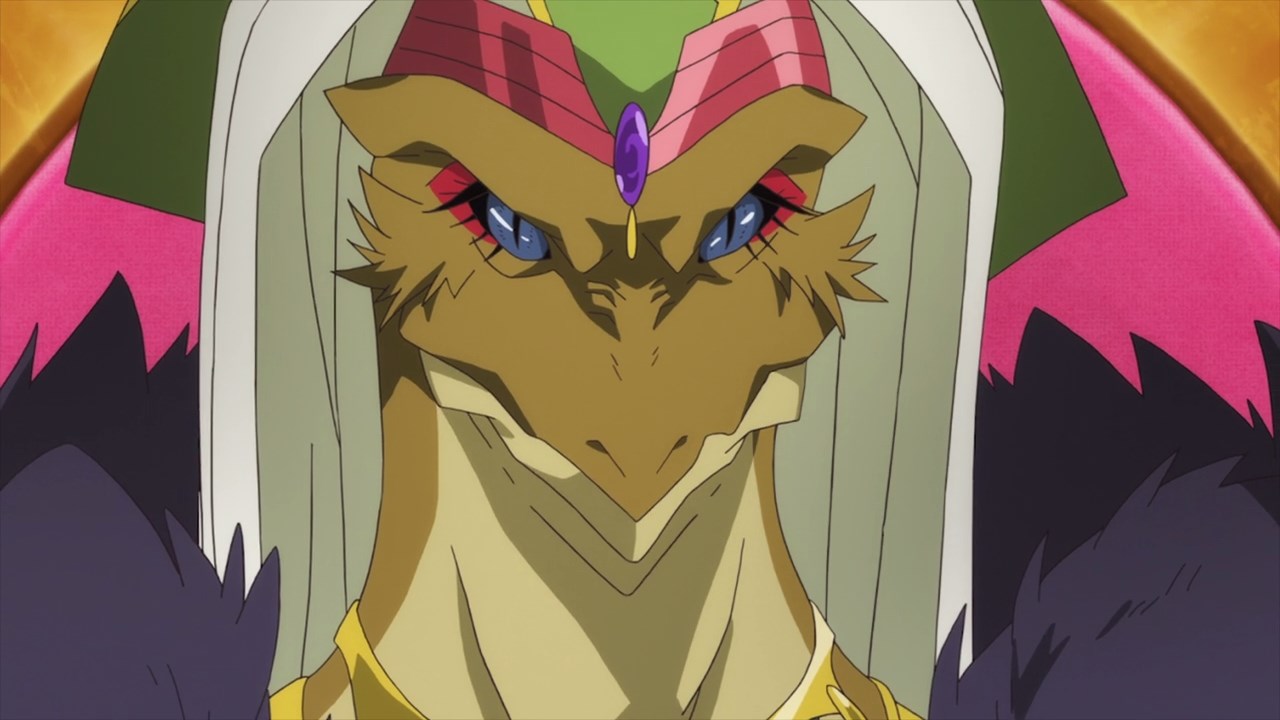 And now, they finally entered the Dragon Village where Seiya and the rest will meet the monarch named Leviae. Well, she expects their arrival since Leviae and her fellow dragonnewt are expecting them to save their village from demons. 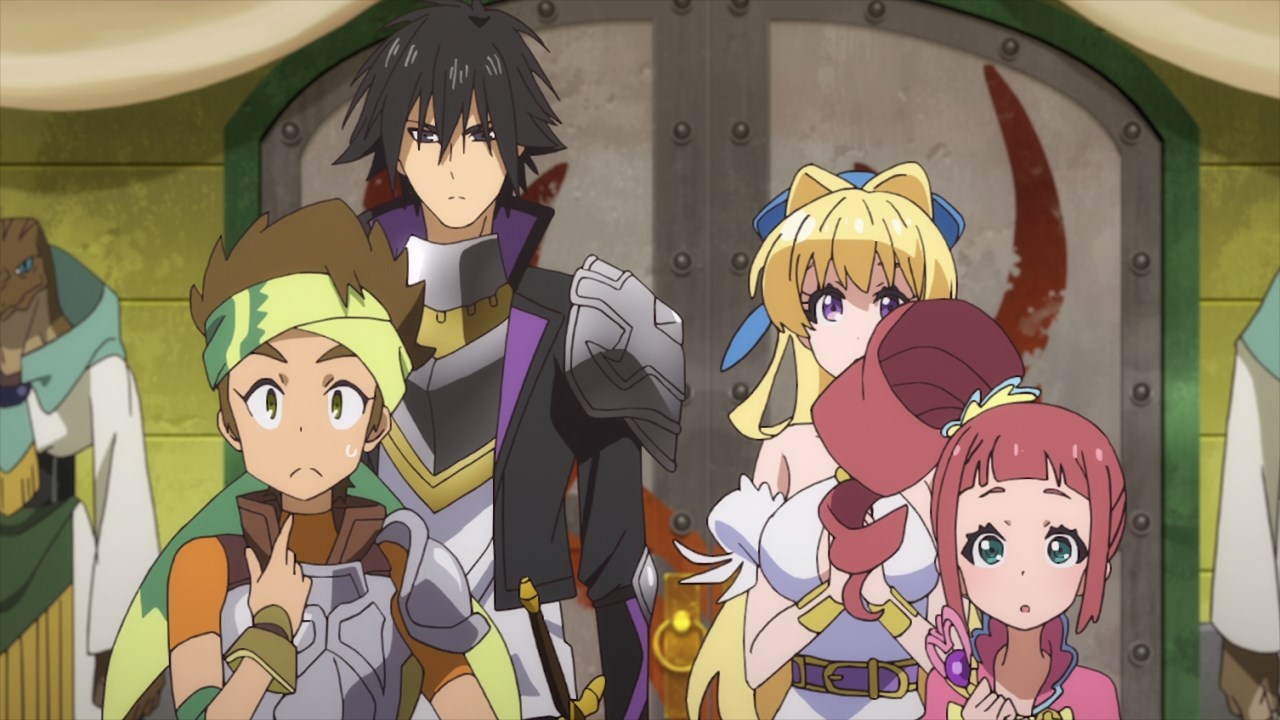 Also, Leviae wants to see both dragon-born warriors, especially Mash where she wants to give something to him… 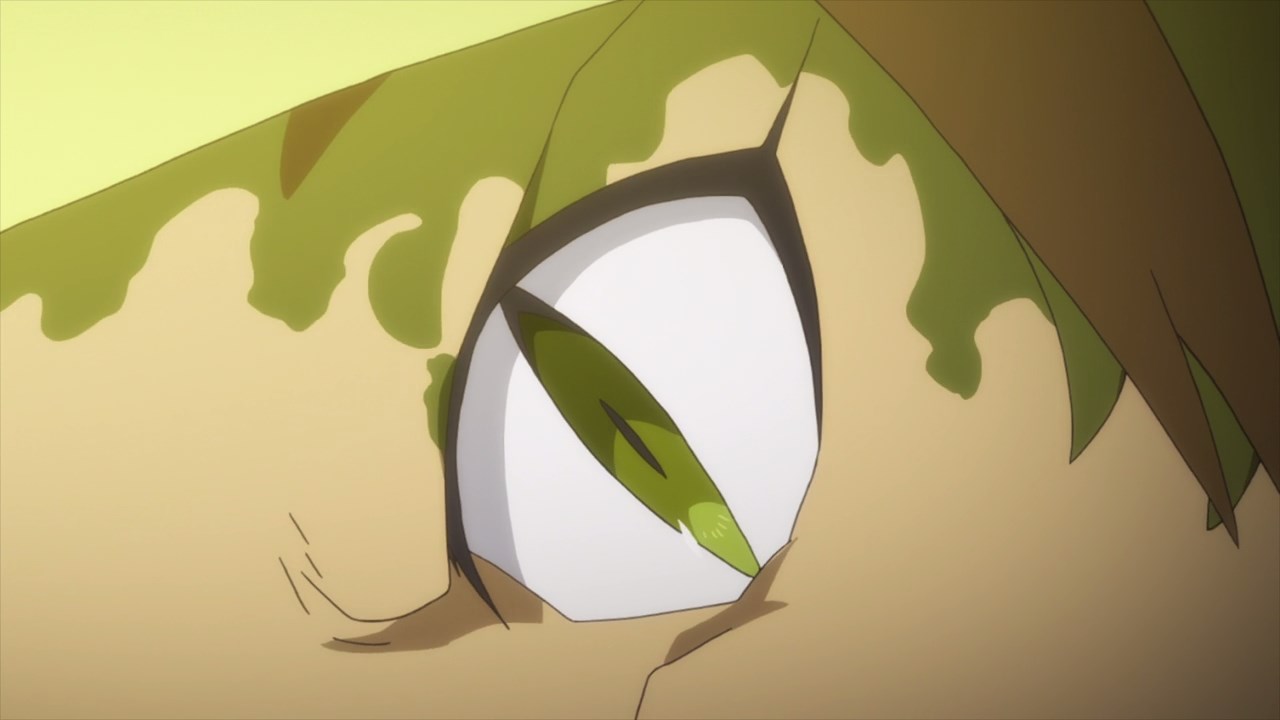 …like turning him into a freaking dragon. Well, Leviae awakened Mash’s dragon genes which he became a dragonnewt. 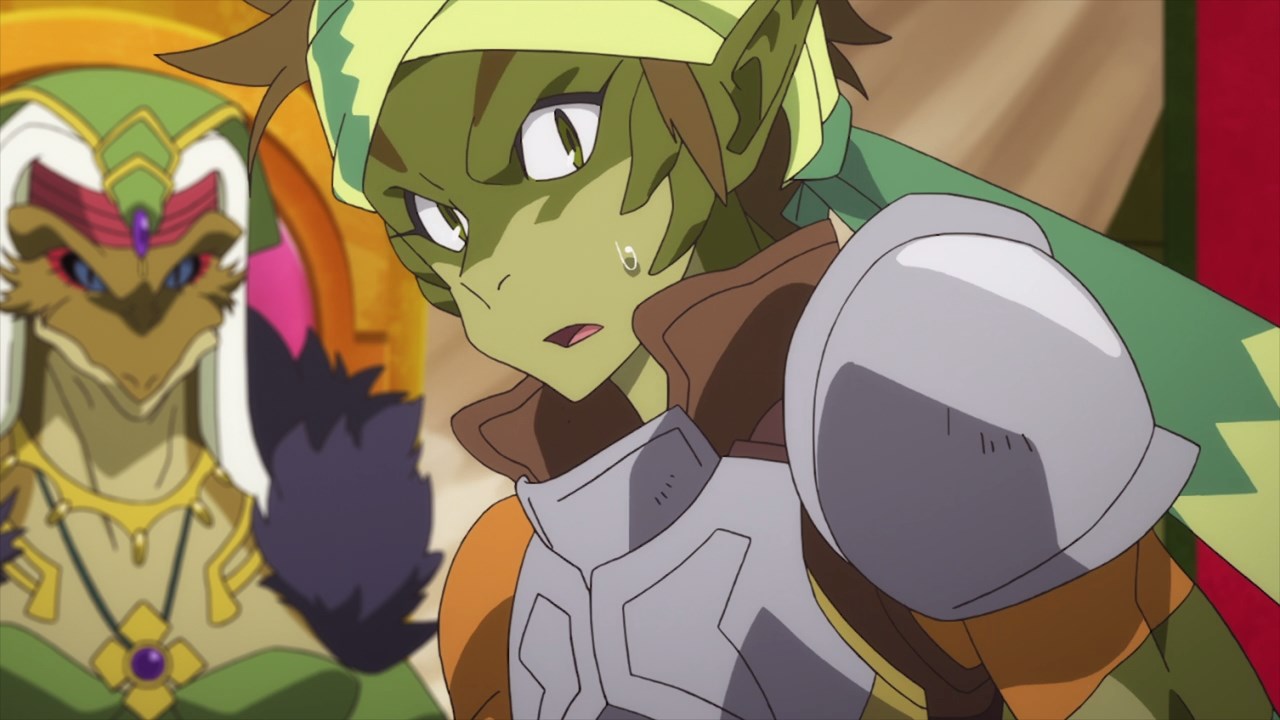 Of course, Leviae says that he’ll become a Dragon God should Mash trained harder to achieve it.

Anyways, this is what Mash looked like when he becomes a dragonnewt. But that’s temporary! 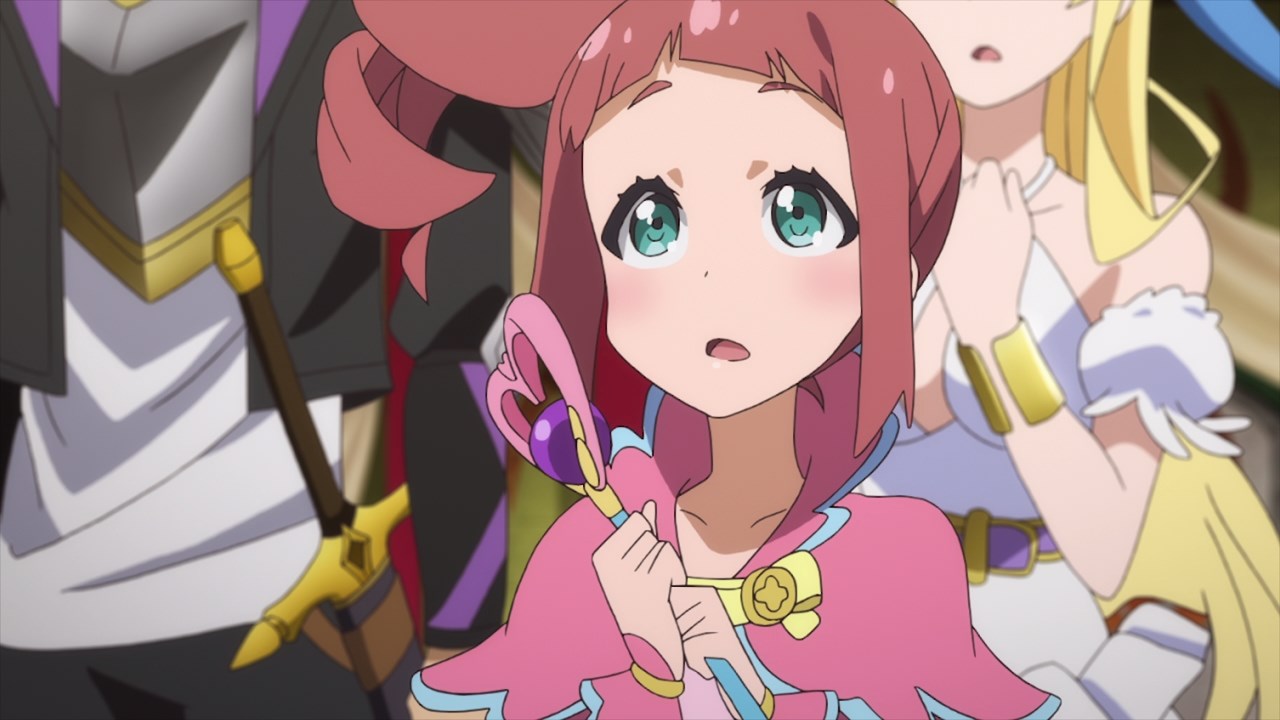 As for Eruru, she won’t get anything because she’s weak and doesn’t have any talent when it comes to fire magic. Ouch!

But, Leviae says that she’ll become useful by sacrificing her life to become Igzasion, the strongest weapon bestowed upon heroes. Okay, I think that’s not a good idea to sacrifice people that Seiya might slay Leviae for it!

Anyways, tune in next time to find out whether Eruru’s life will be saved or now.