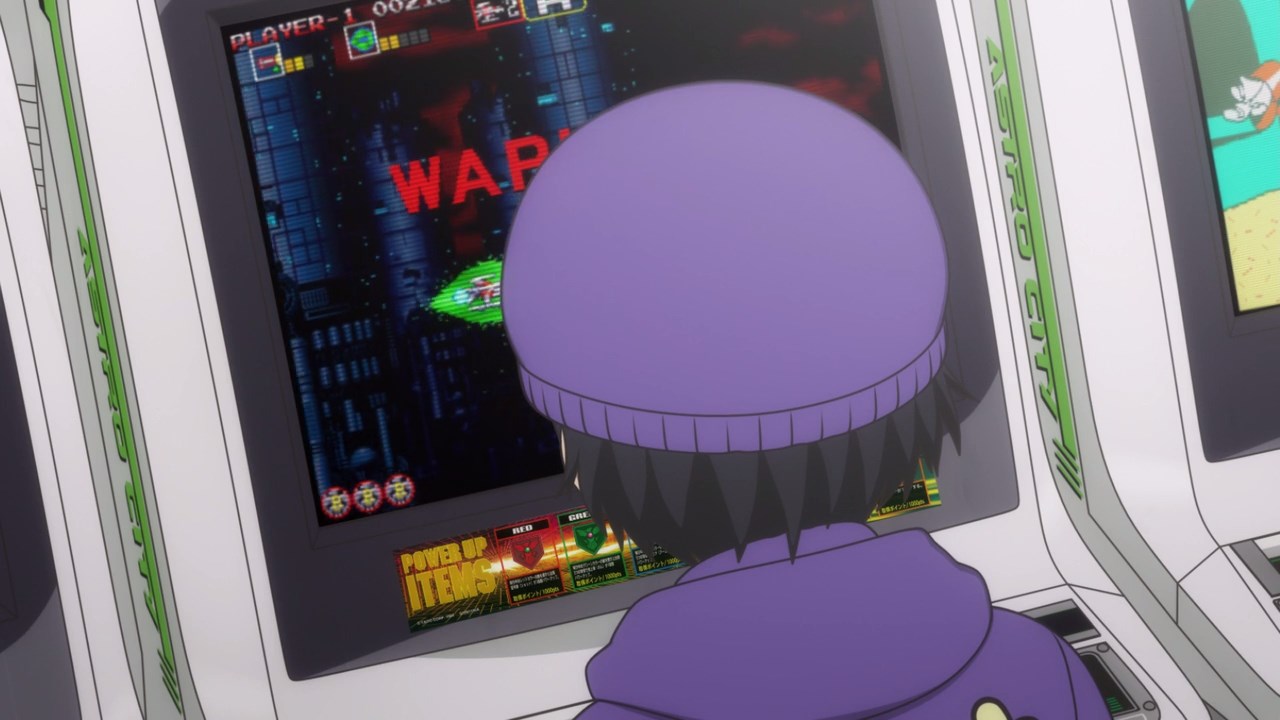 Oh look, Haruo Yaguchi is playing Darius Gaiden, one of Taito’s awesome horizontal shoot’em ups where you fight against an army of mechanized fish. Then again, I didn’t play Darius Gaiden as I played G-Darius on the Playstation. 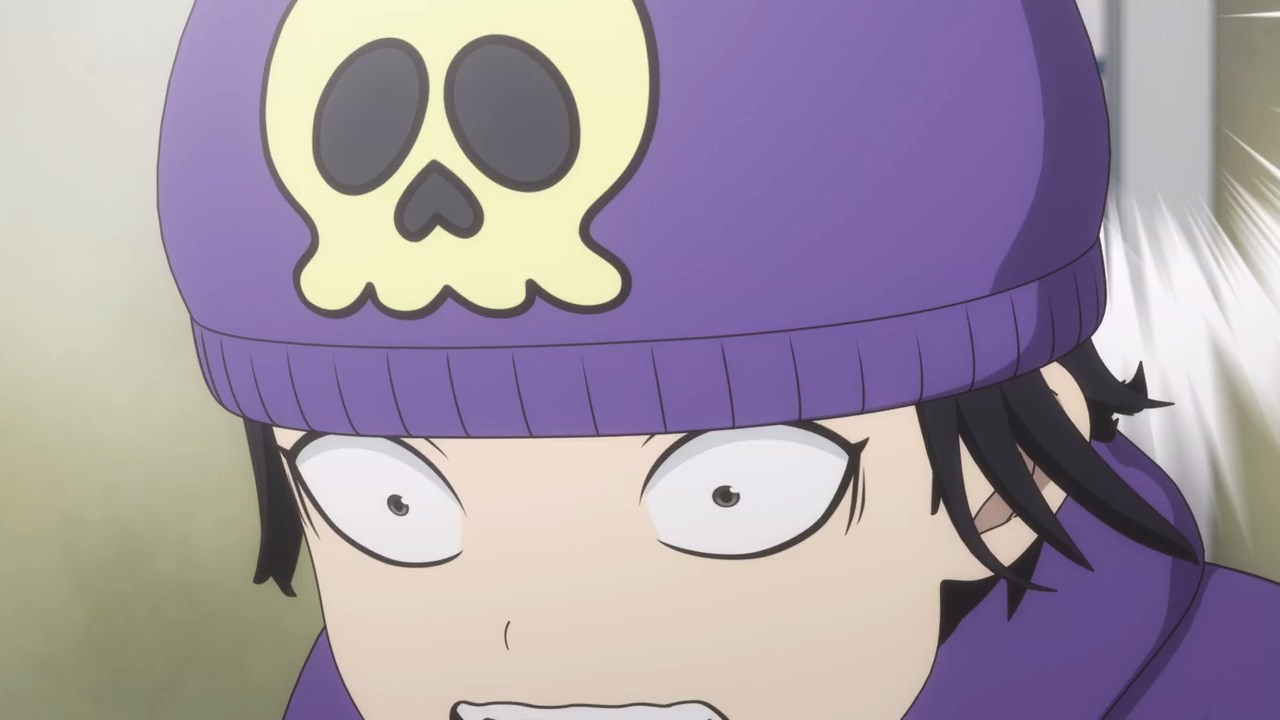 But anyways, Haruo Yaguchi’s play session got interrupted when someone smacked him in the head. 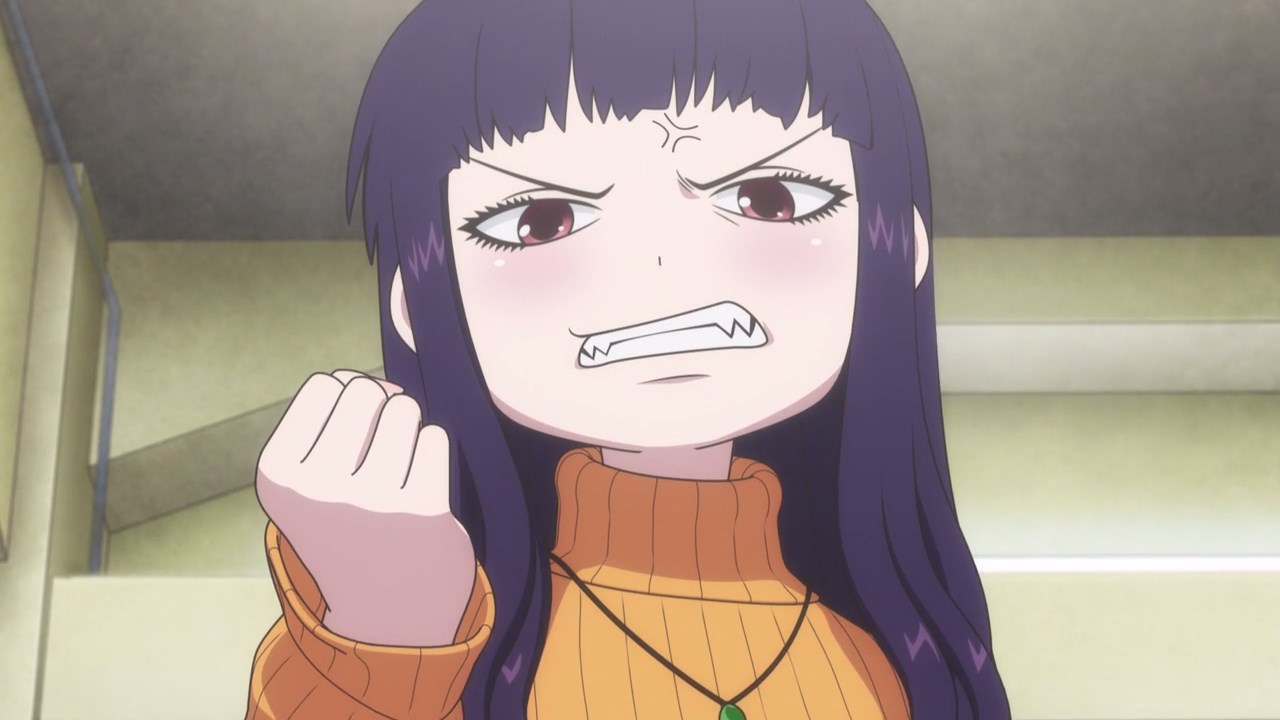 Turns out, it’s Makoto Ono as she’s worried about Haruo that her sister Akira really missed him. 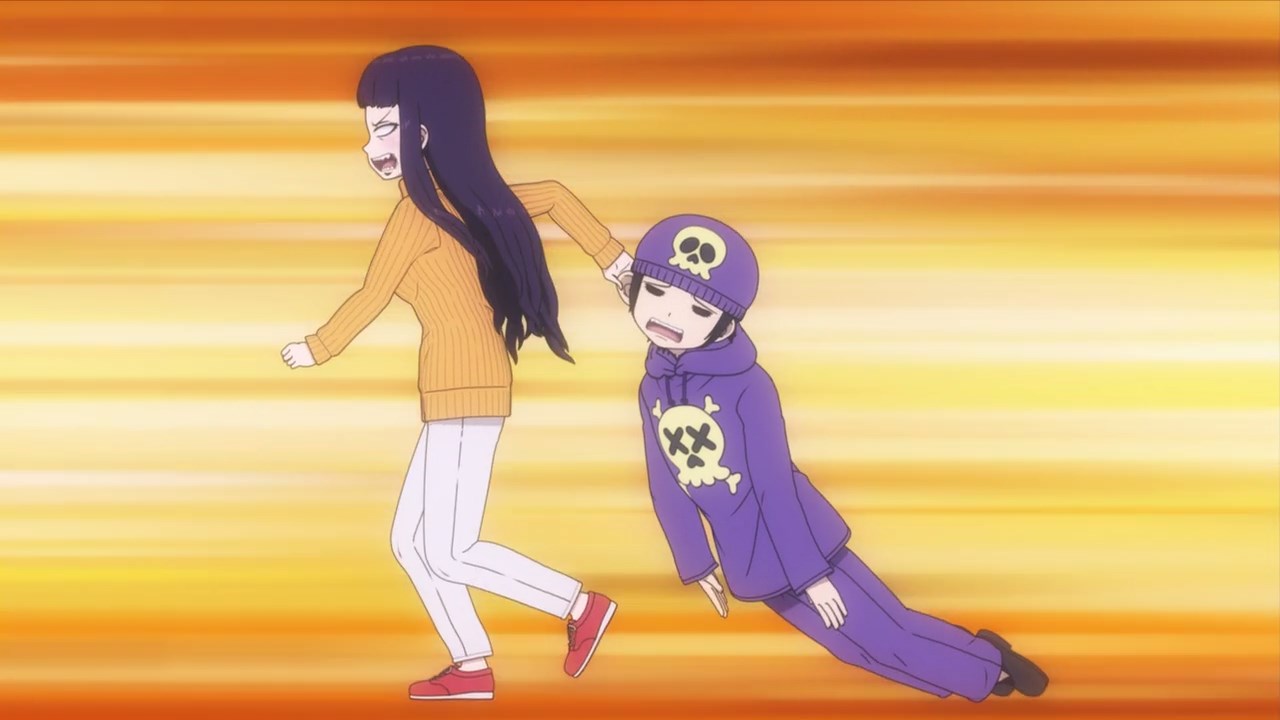 Therefore, Makoto Ono drags Haruo Yaguchi out of Shibuya as they return to Kanagawa. 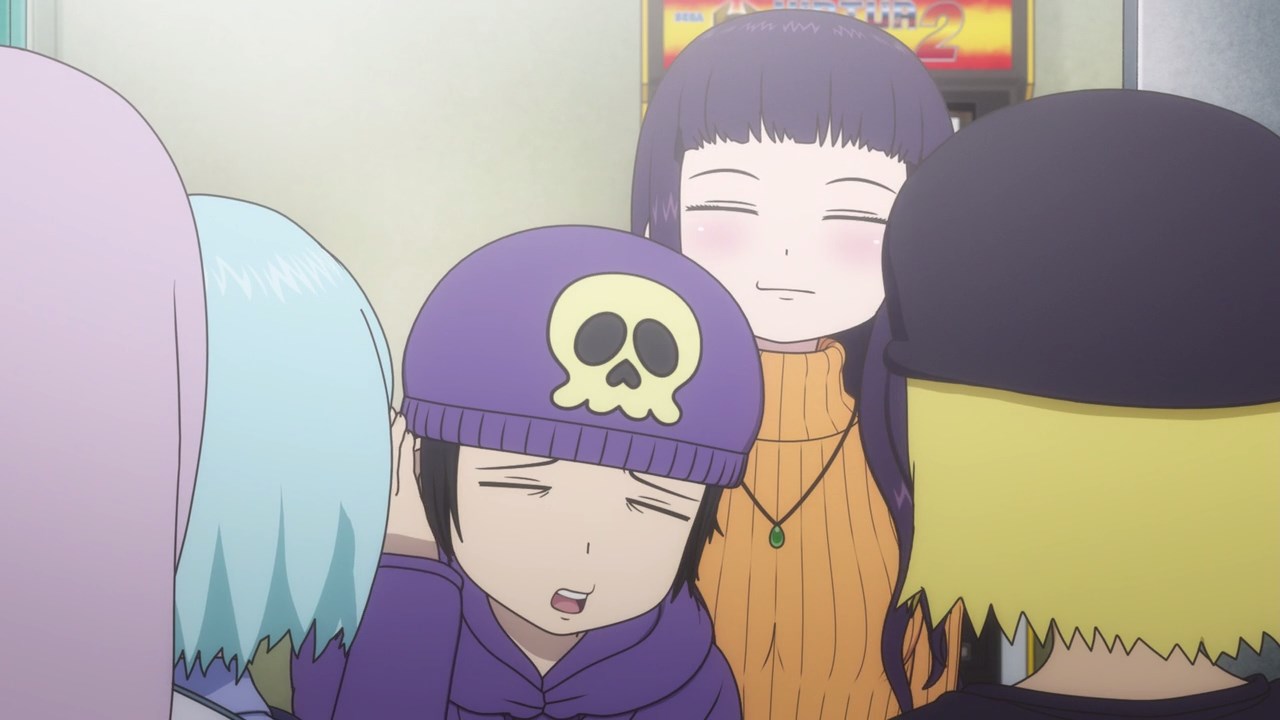 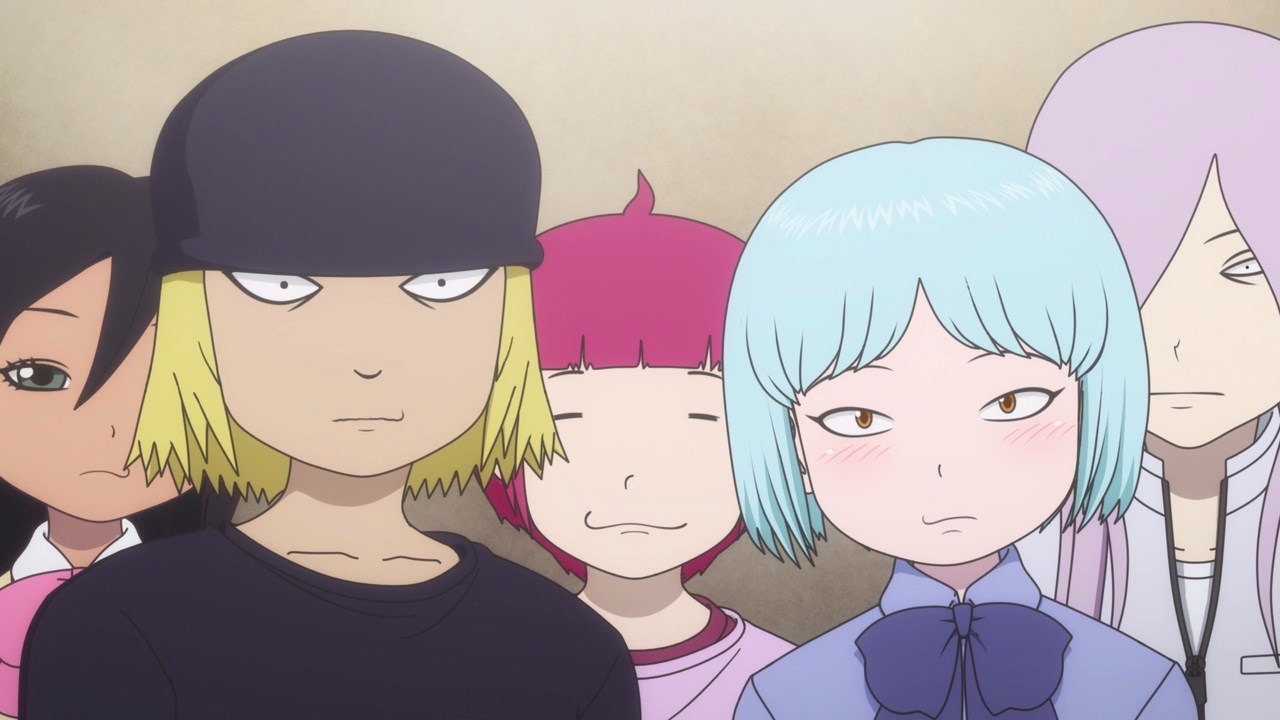 However, it appears that they stumbled upon Haruo’s new homies. Hm, I wonder if Makoto will tell them to get out of her sight while dragging Haruo back home? 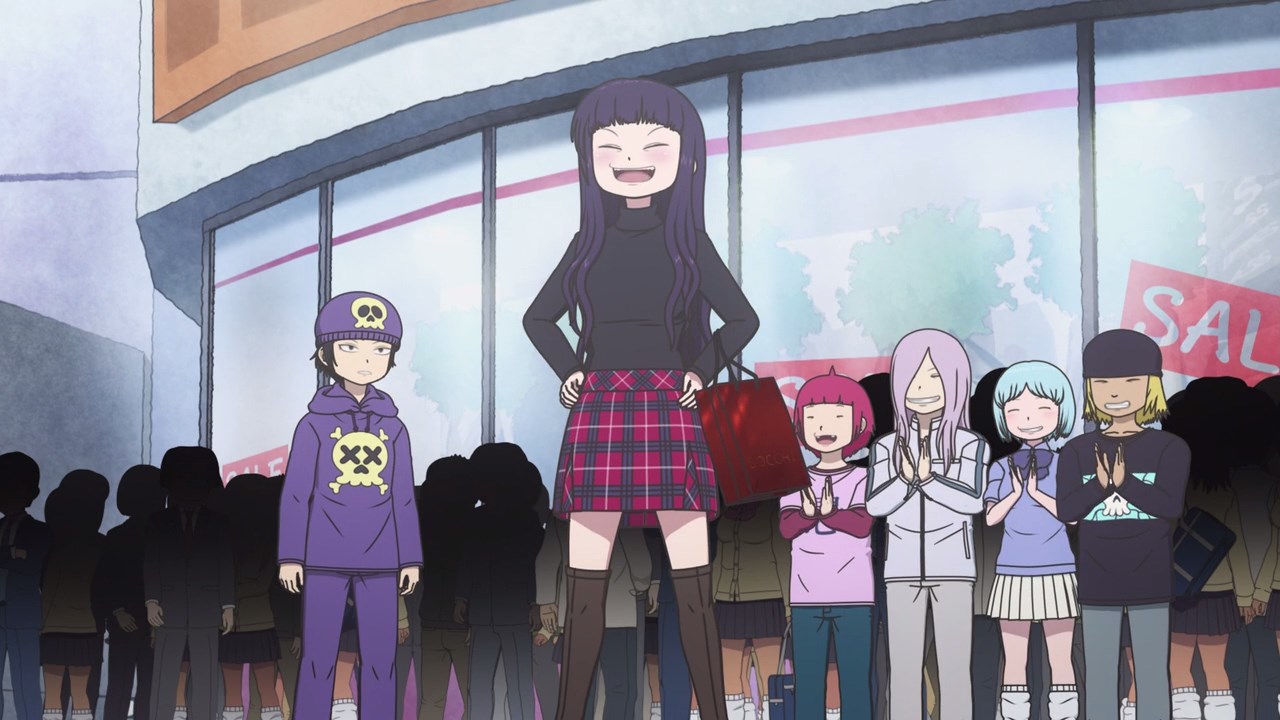 No, Makoto Ono decides to join them as she wears new clothes that were bought in a store somewhere in Shibuya.

Well, looks like her mission to bring Haruo back has been postponed as Makoto wants to party hard! 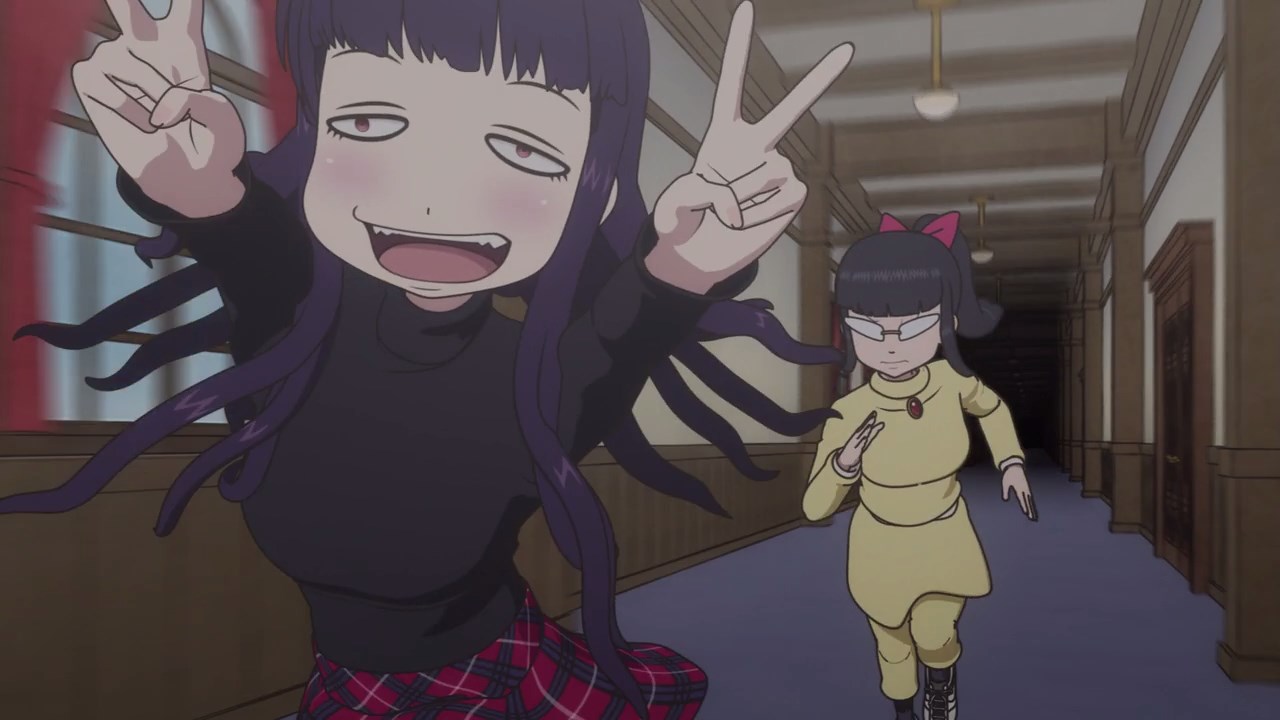 But, Makoto Ono got in trouble with Moemi Gouda as she doesn’t like the oldest daughter of the Ono family wearing scandalous clothing.

Geez Moemi-san, you allow them to play games but you don’t allow Makoto and Akira to wear trendy clothes!? 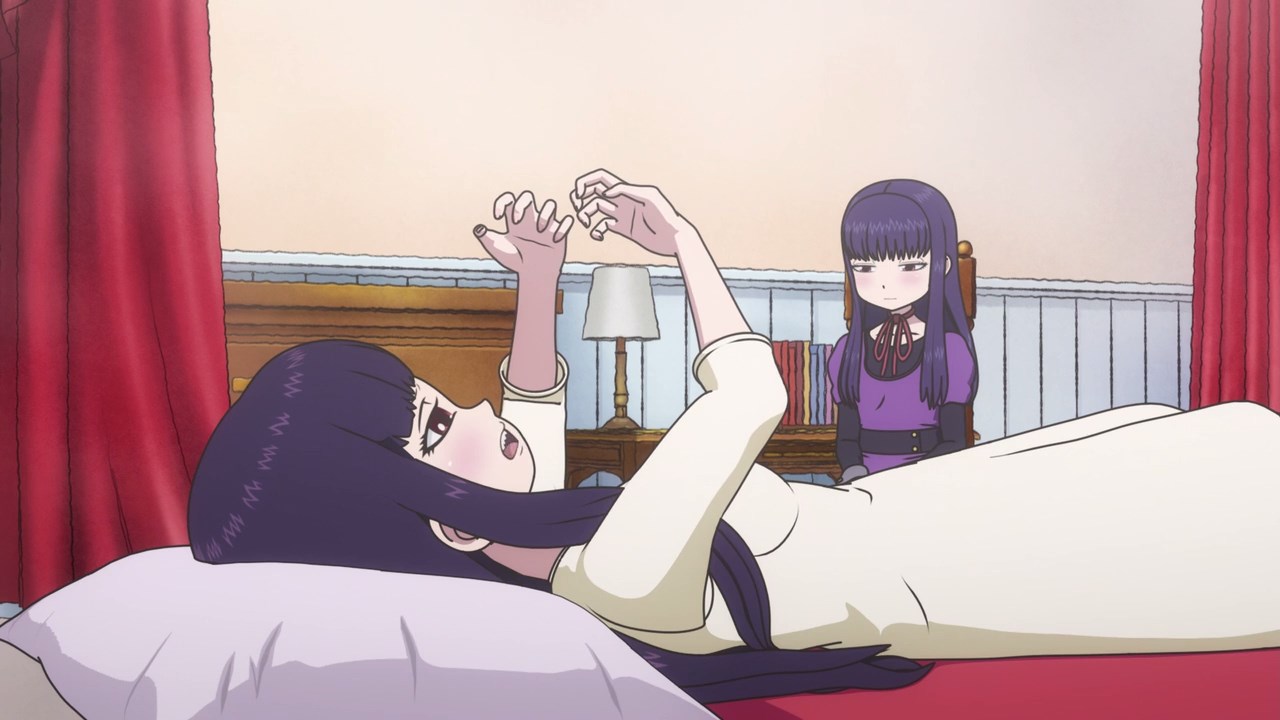 Still, Makoto failed to bring Haruo back to Kanagawa as she told Akira on what happened to him in Shibuya. Hm, I wonder if Akira is planning to travel to Tokyo’s busiest city just to find Haruo? 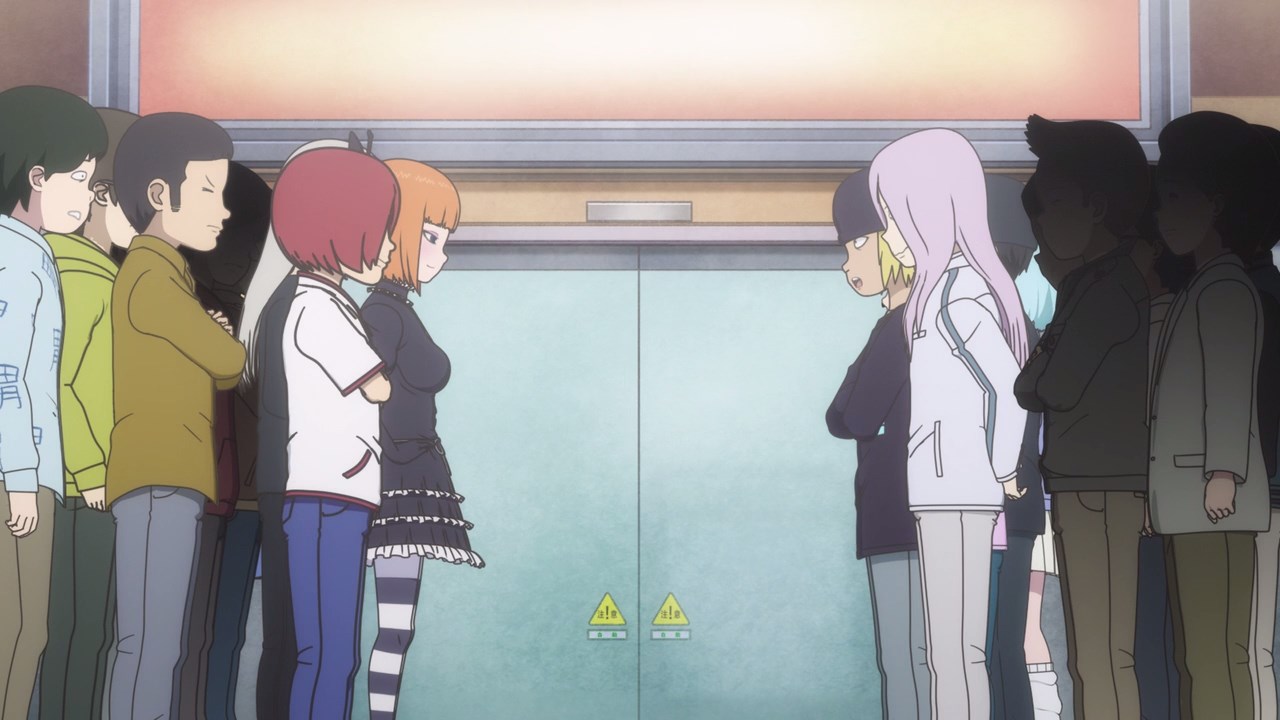 Now then, it’s time for the 10v10 crew battle between Mizonokuchi Force and Shibuya Squad. They’ll be playing Fighting Vipers where the winning team will own Shibuya Kaikan Monaco. 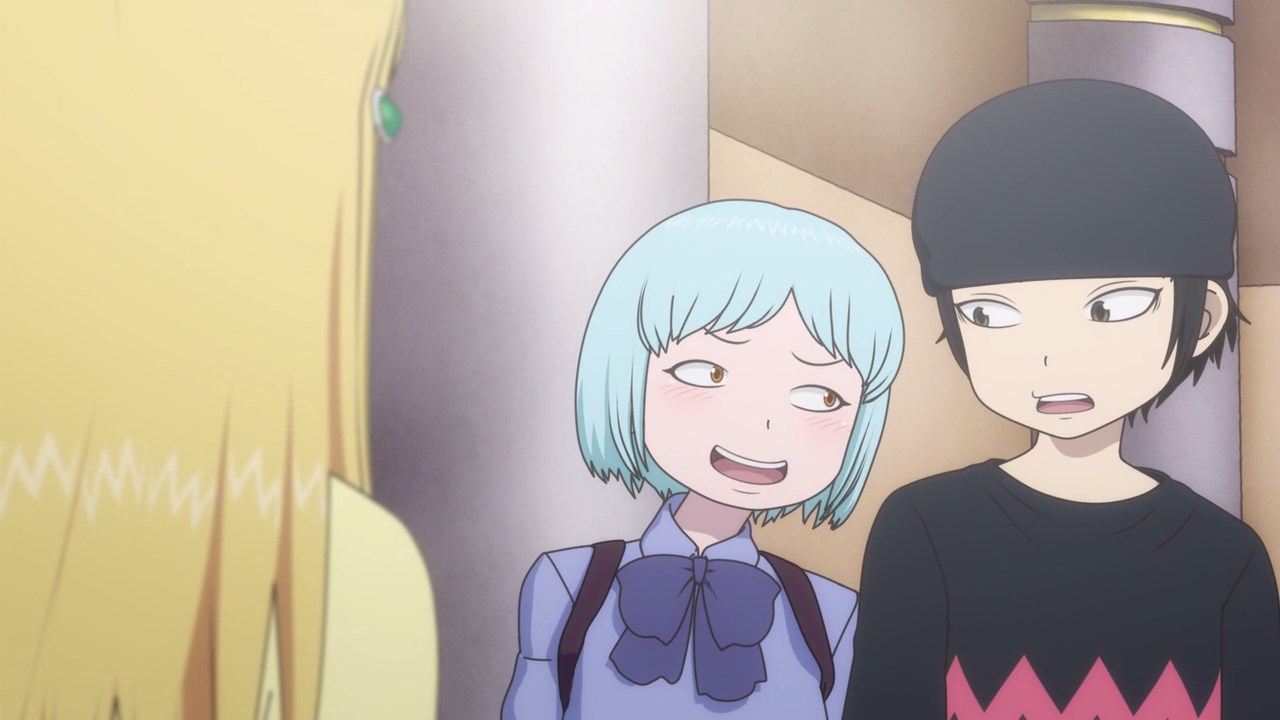 Oh yeah, here’s Haruo Yaguchi where he’ll represent the Shibuya Squad since his homies from Mizonokuchi rejected him, meaning that he’ll face the likes of Koharu Hidaka.

On the other hand, one of the Shibuya girls named Mayu-mayu is mocking Koharu-chan as she getting a bit clingy towards Haruo. 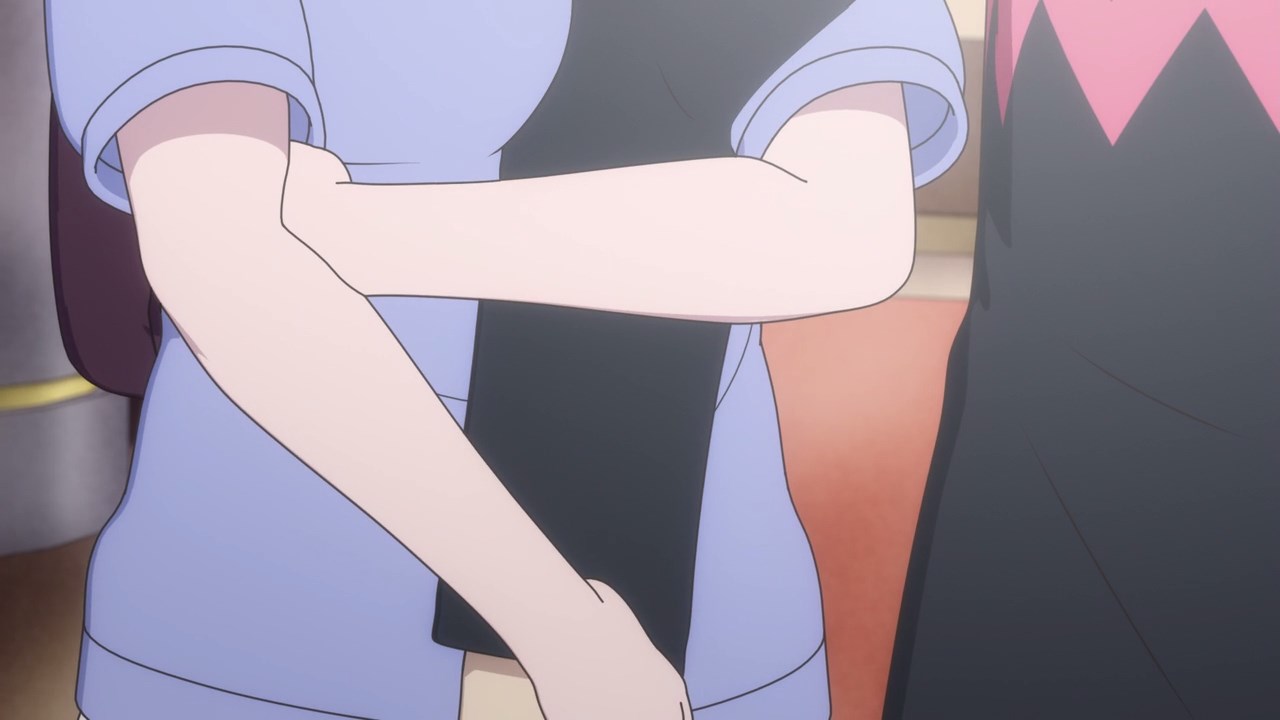 Heck, Mayumayu is wrapping Haruo’s arms with her tits. Hm, I have a bad feeling that Mayumayu wants to take Haruo’s cherry and dispose him afterwards! 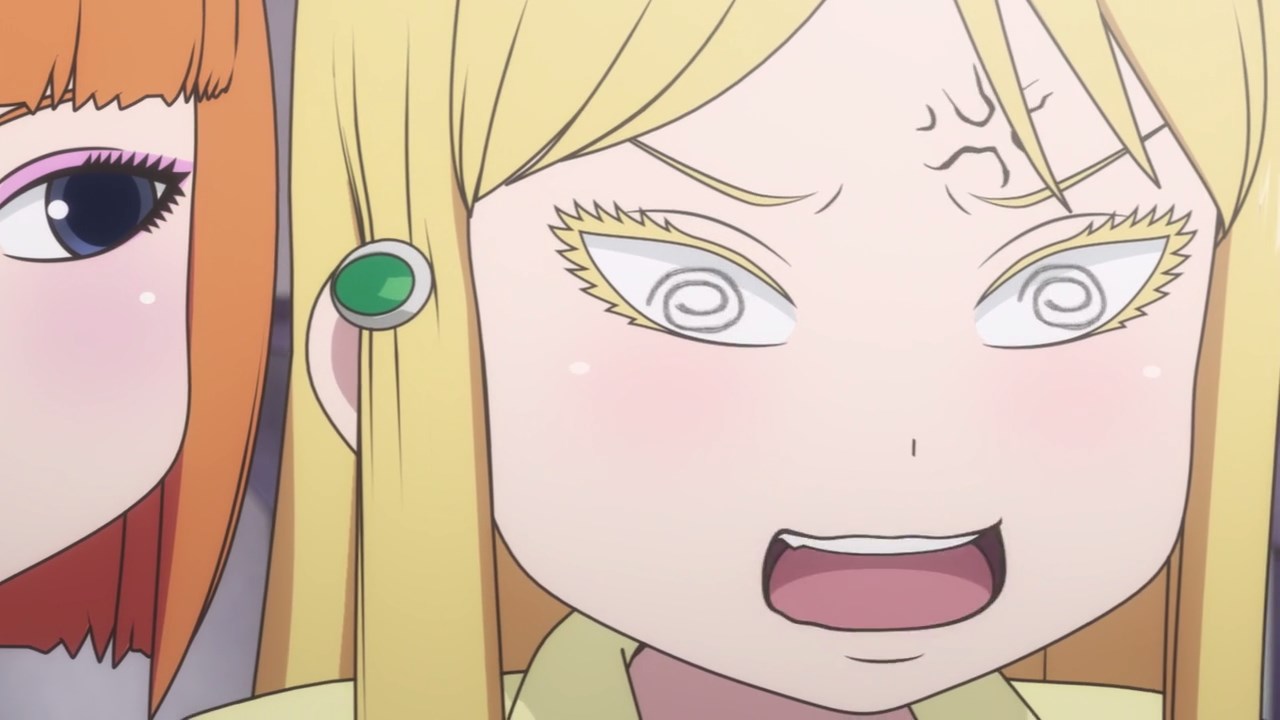 But Mayumayu’s provocative act towards Haruo made Koharu-chan angry that she asked Nikotama Felicia to be the first player. Oh boy, this is gonna be an interesting crew battle! 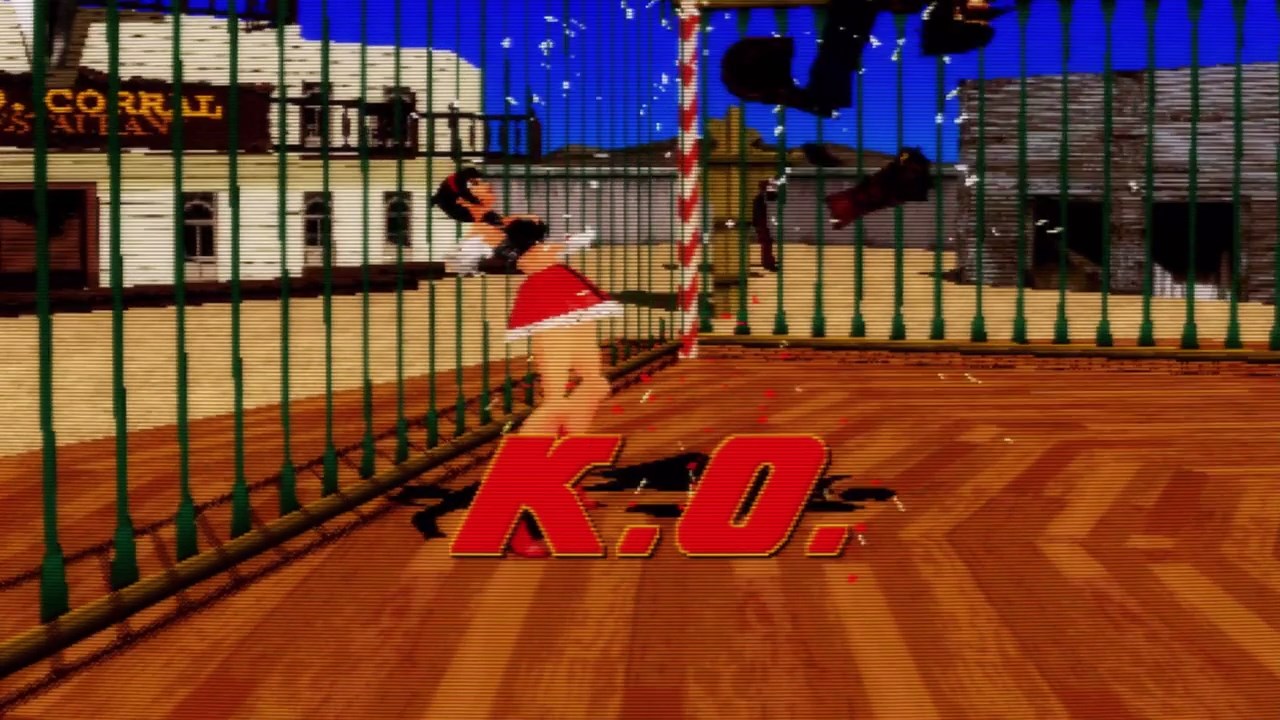 And so, Koharu Hidaka becomes the first player for the Mizonokuchi Force, taking the players from Shibuya using Honey from Fighting Vipers. 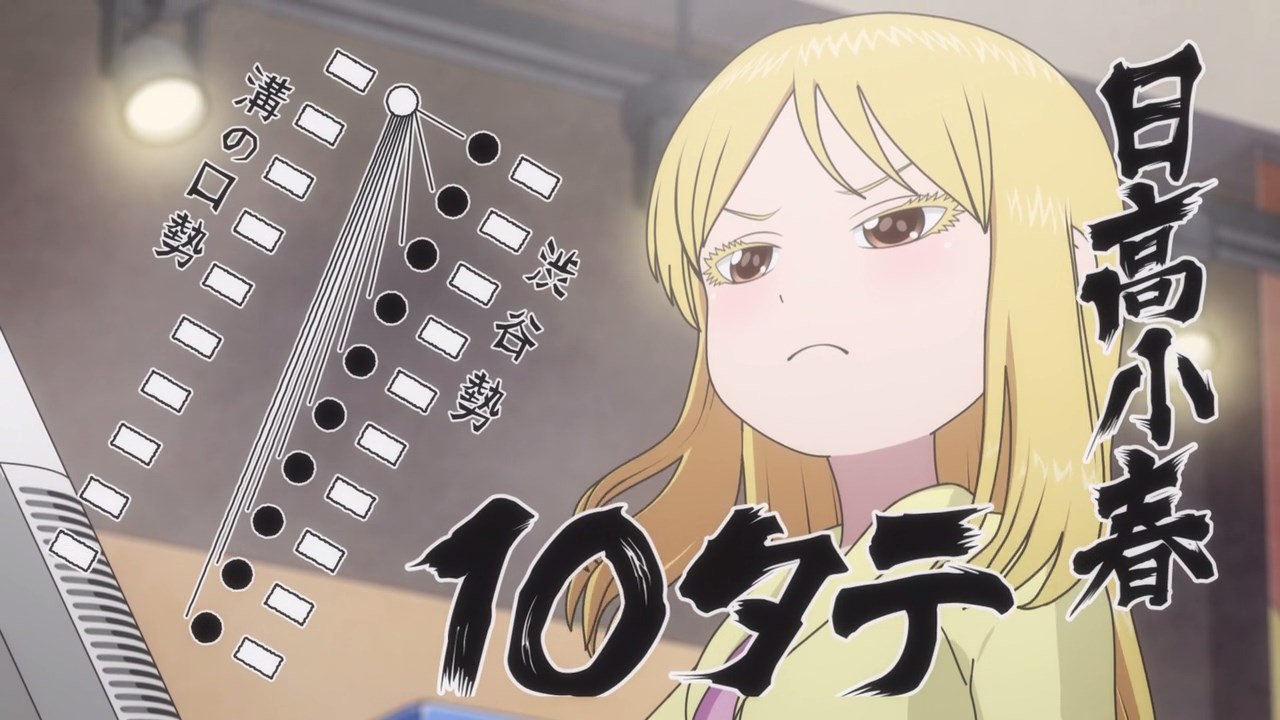 And here’s the thing though, Hidaka wipe the entire Shibuya Squad by herself. This includes Yaguchi in which he got wrecked pretty hard! 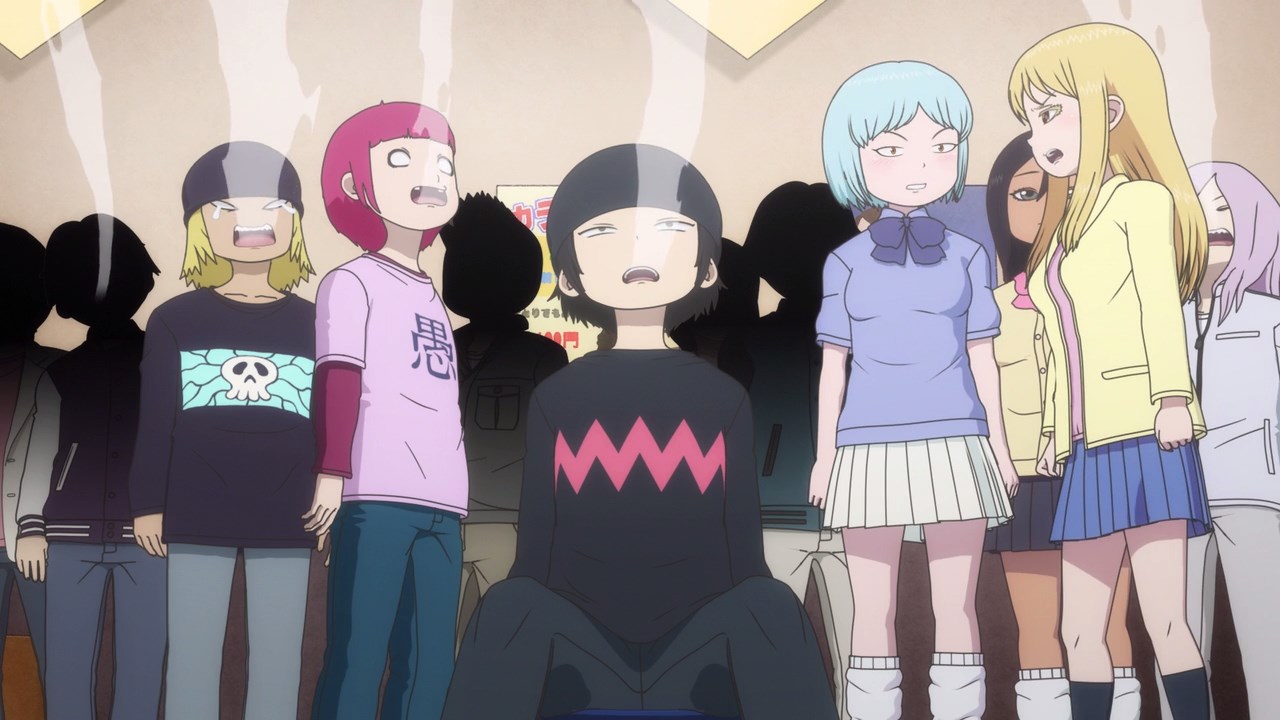 With that said, the Mizonokuchi Force now owns Shibuya Kaikan Monaco but it doesn’t end there as Koharu-chan approached Mayumayu… 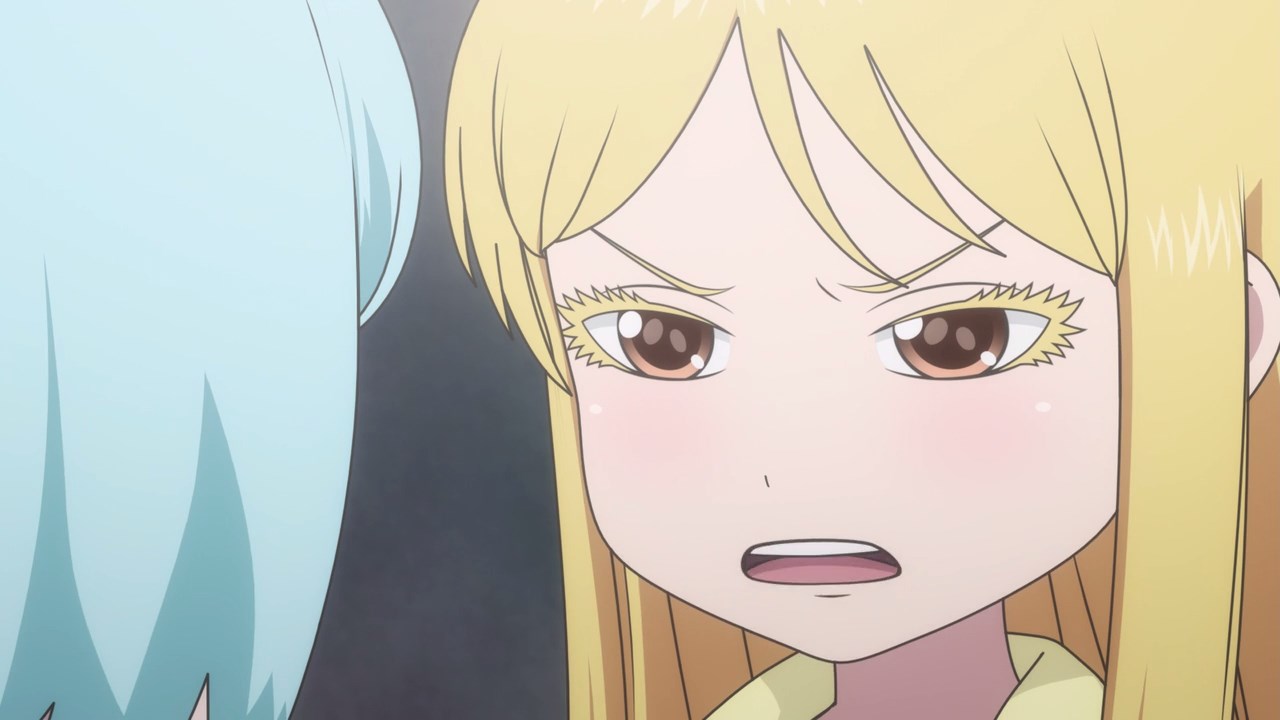 …and verbally-smack that gal, telling Mayumayu not to get close to her boyfriend Haruo. Wow, Koharu just verbally smack that bitch up! 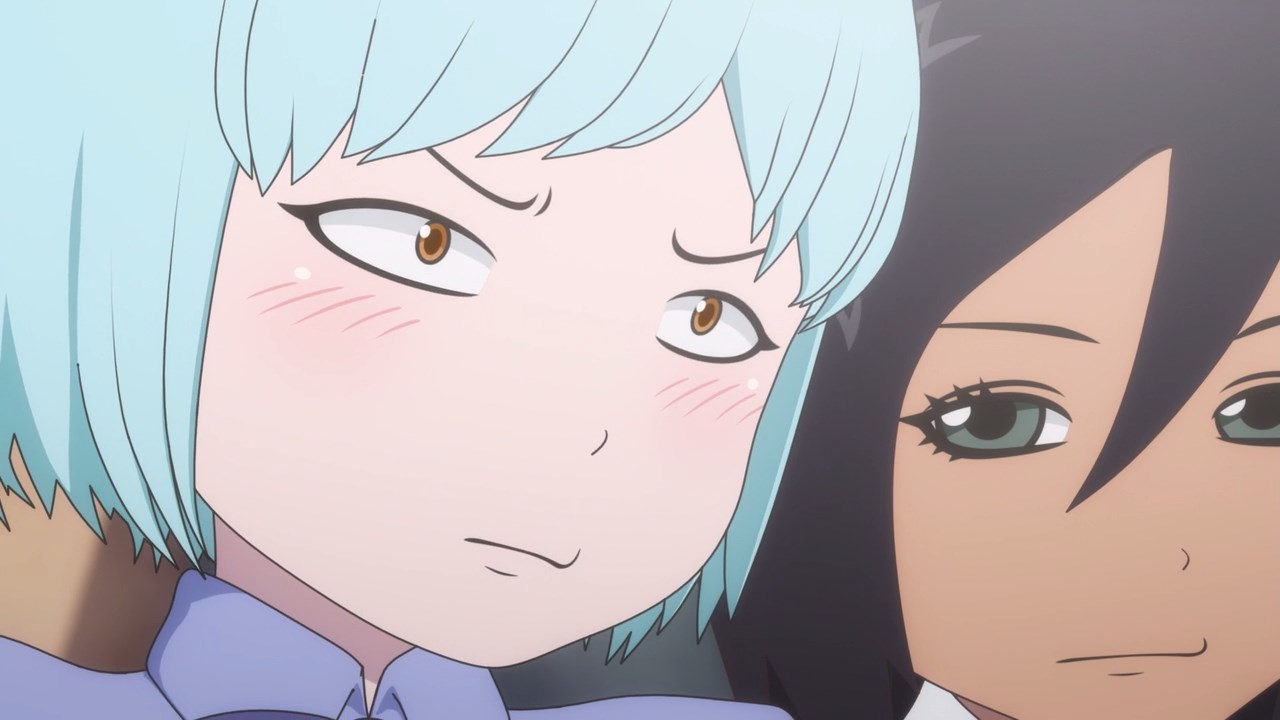 As for Mayumayu, looks like she went silent after being told by Koharu to get the hell away from her boyfriend. Anyways, looks like Koharu Hidaka is the winner here! 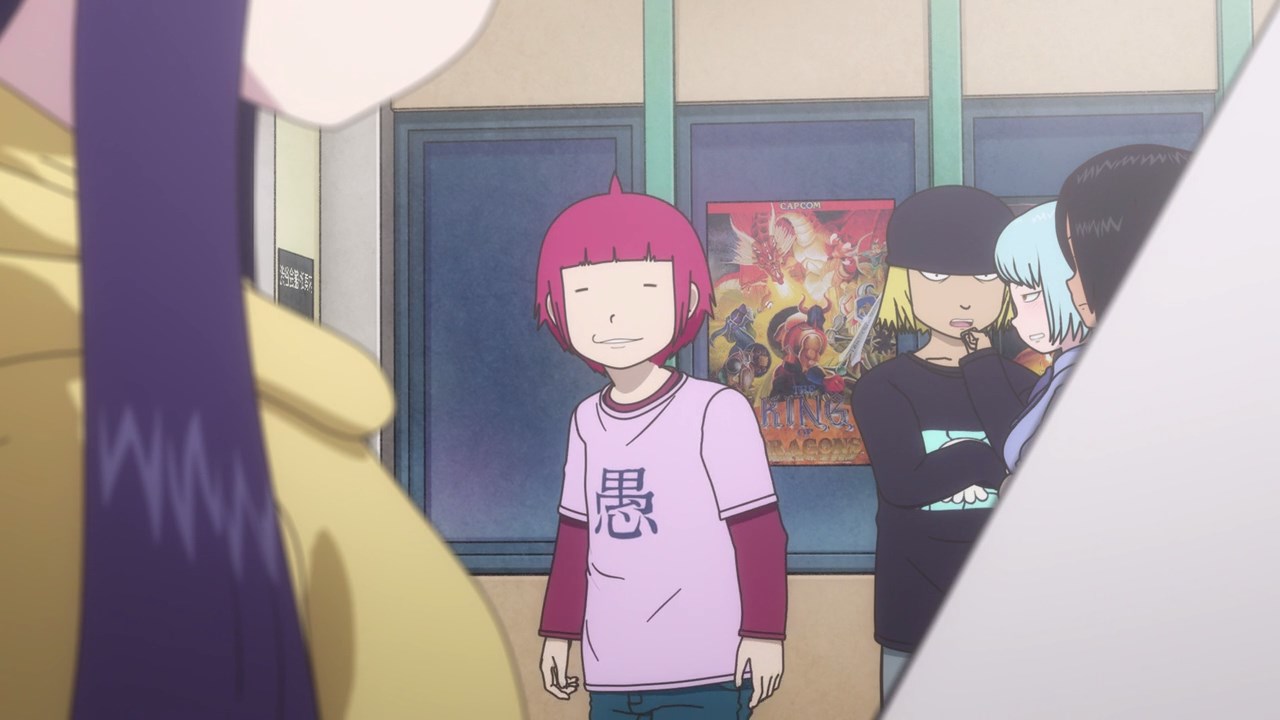 Meanwhile, one of the players saw a girl playing Kaiser Knuckle. Wait, isn’t that Akira Ono over there? 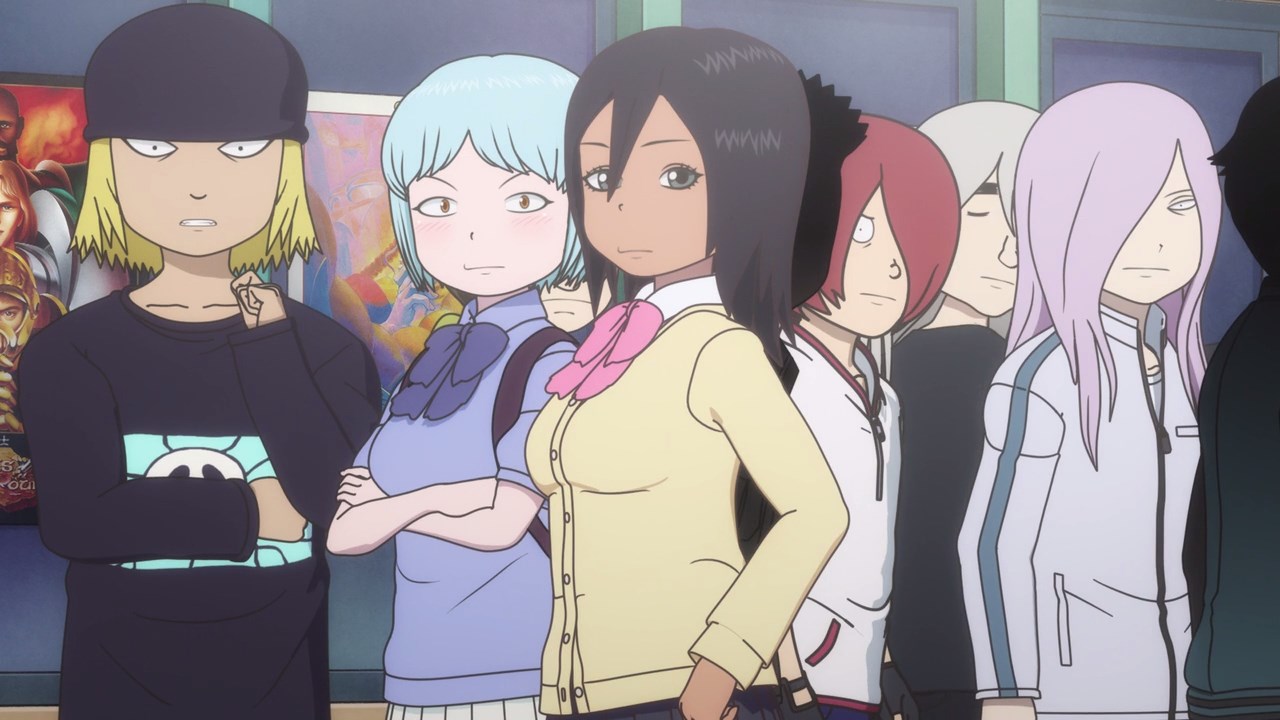 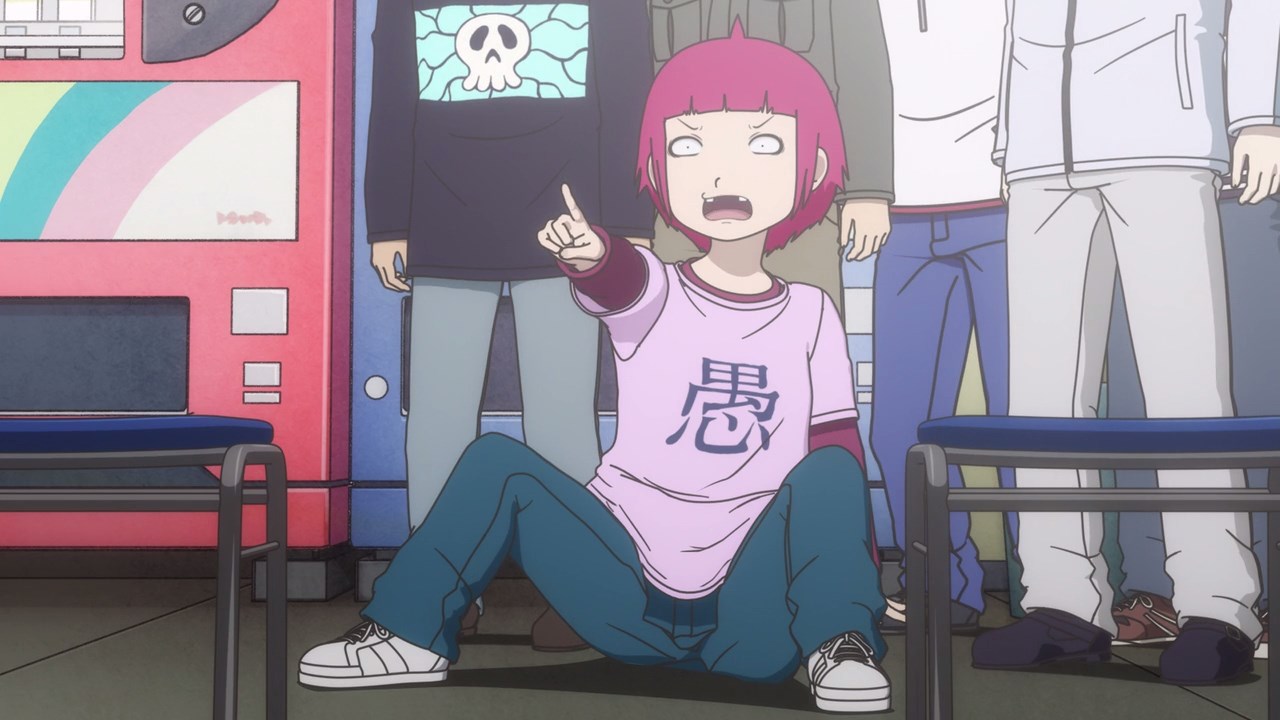 Eventually, everyone noticed Akira’s presence as one of the players was surprised to see a mysterious girl wreck the General… 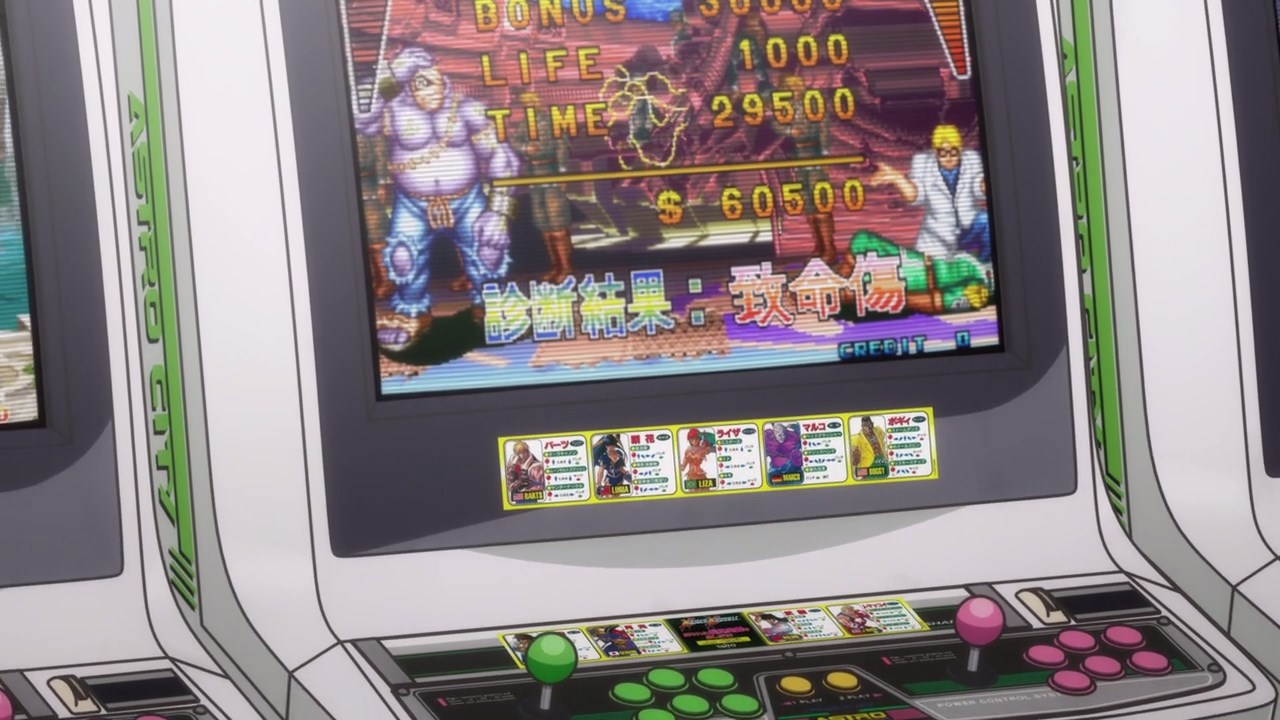 …using a heavy character like Marco. Man, I feel that using heavy (preferably grapplers) or even complex characters like Akira Yuki is one of Akira Ono’s calling cards when visiting arcades.

But anyways, I gotta say that we have two players who managed to defeat the General before the regulars at Game Center Mikado conquer the final boss of Kaiser Knuckle! 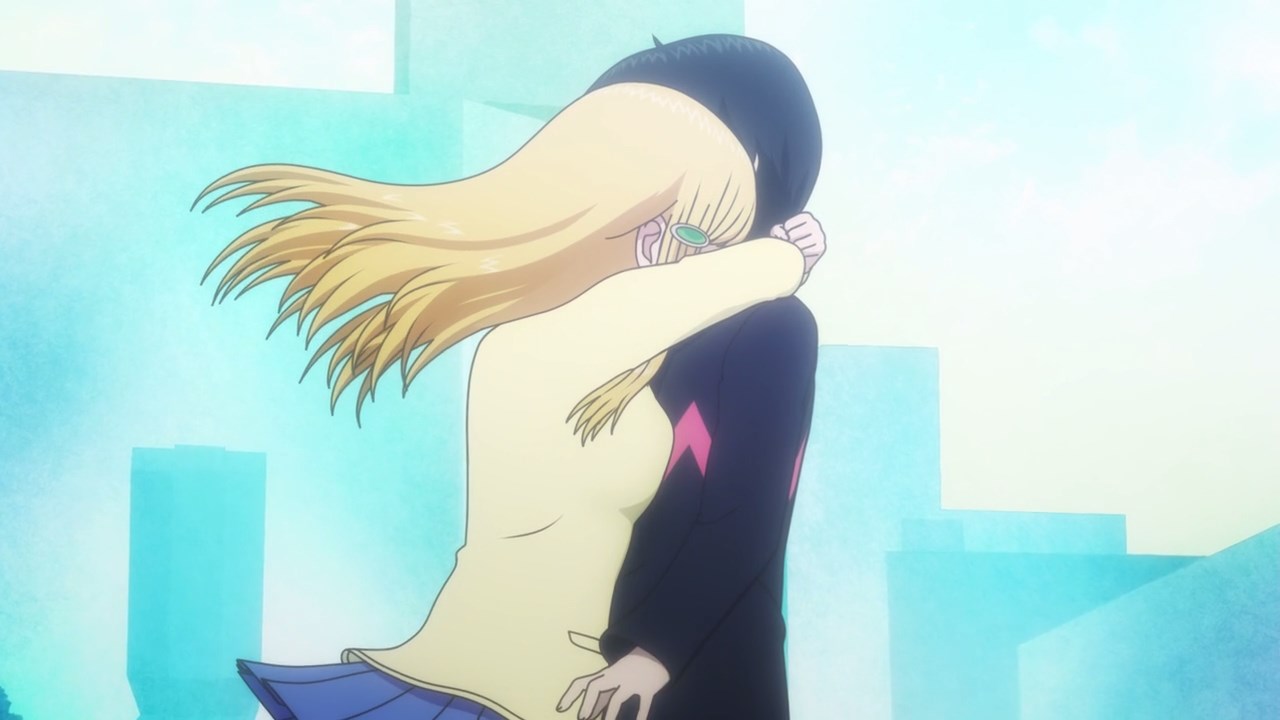 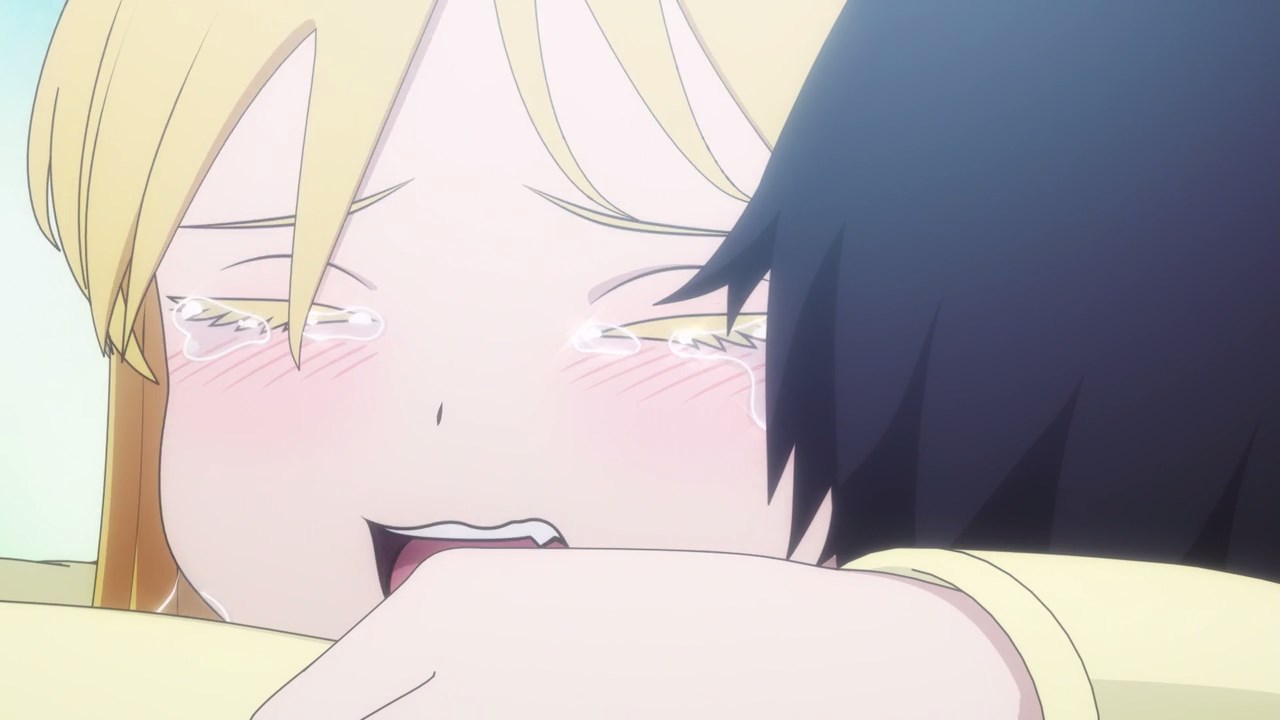 Now then, it’s time for the last part of this episode as Koharu Hidaka hugs Haruo Yaguchi and cries over her frustration that her crush is so freakin’ oblivious to her feelings.

Man, I have to say that Haruo should think about girls other than video games. More importantly, are they still in Shibuya and where did they stay after yesterday’s crew battle? 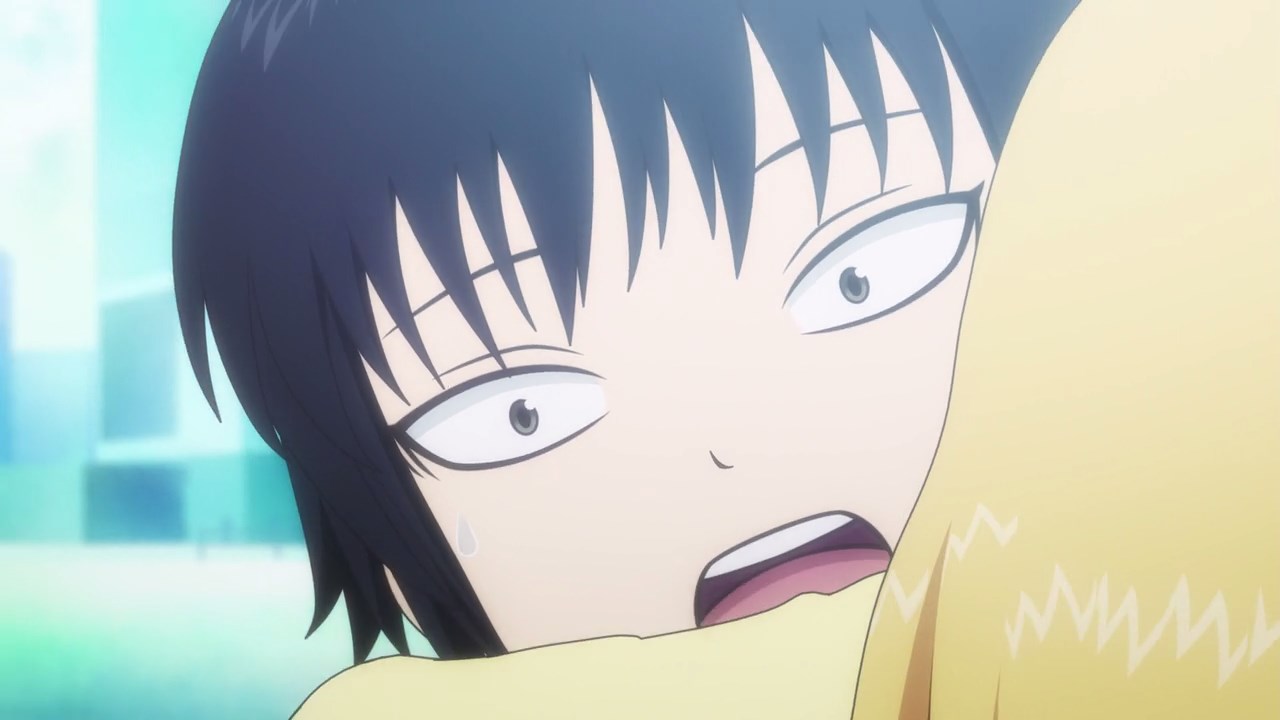 Speaking of Haruo Yaguchi, it appears that he saw someone who’s familiar to him. 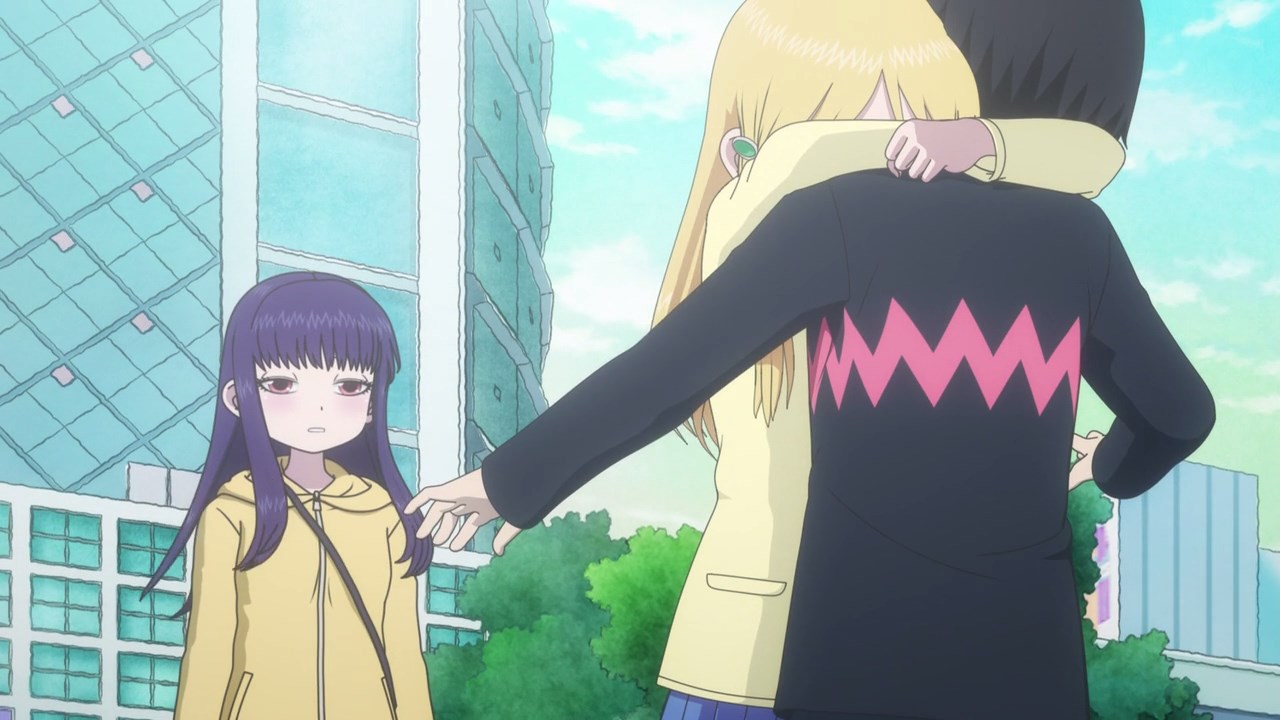 Turns out, it’s none other than Akira Ono where she finally found Haruo, only to find him being hugged by Koharu-chan. Oh boy, looks like the love triagle is intensifying right now!

Anyways, tune in next time to find out how will Haruo Yaguchi get out from this awkward situation.