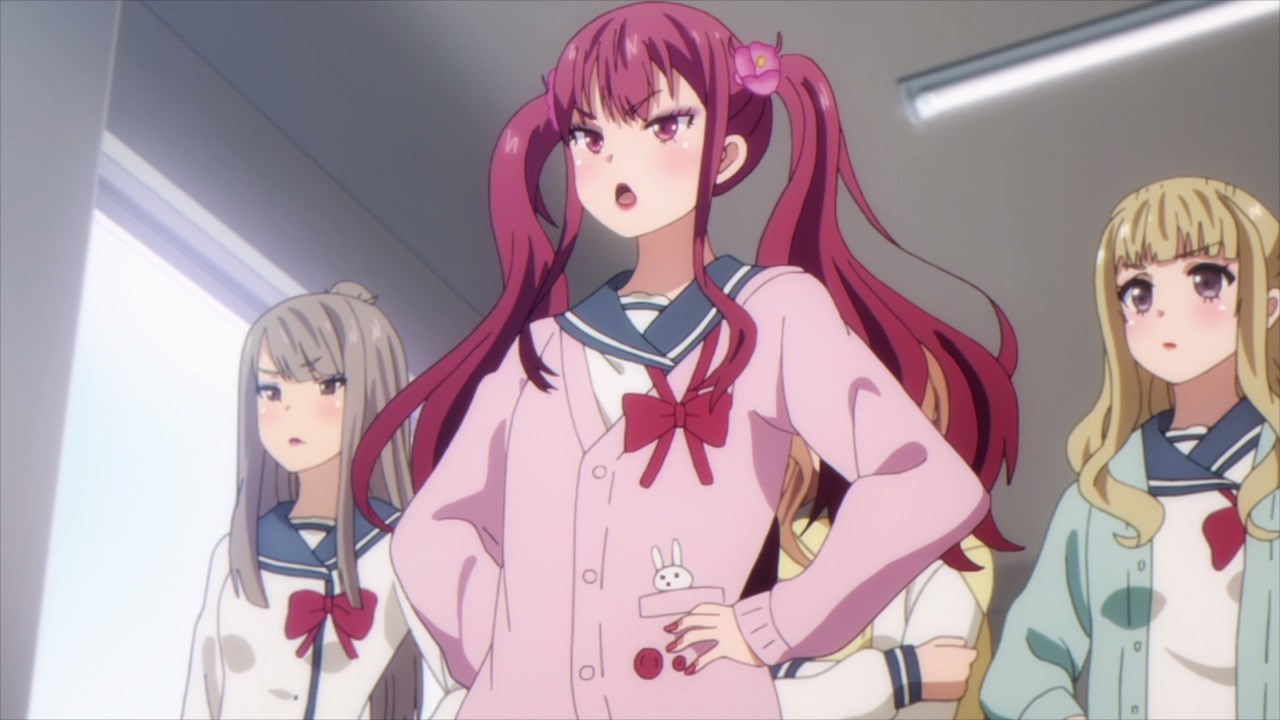 This is the leader of the Charisma Group (known as Child A) as she and her fellow girls won’t forgive Amatsuyu “Joro” Kisaragi for his scumbaggery.

By the way, this girl is voiced by Shuka Saito who is known as the voice of You Watanabe from Love Live! Sunshine!! and it’s nice that she’s branching out on voicing other characters. 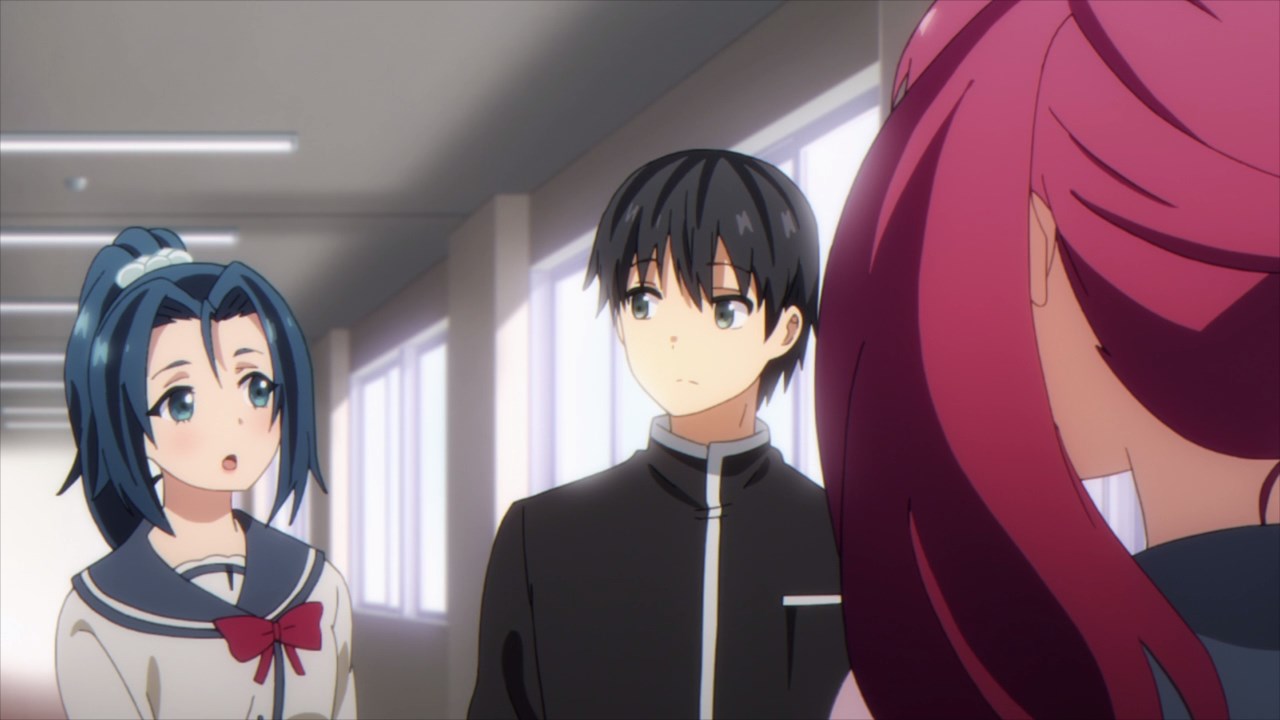 But anyways, Amatsuyu “Joro” Kisaragi is saved when Hina “Asunaro” Hanetachi stepped in. Well, glad that someone wants to save Joro from being hounded by everyone, including the Charisma Group! 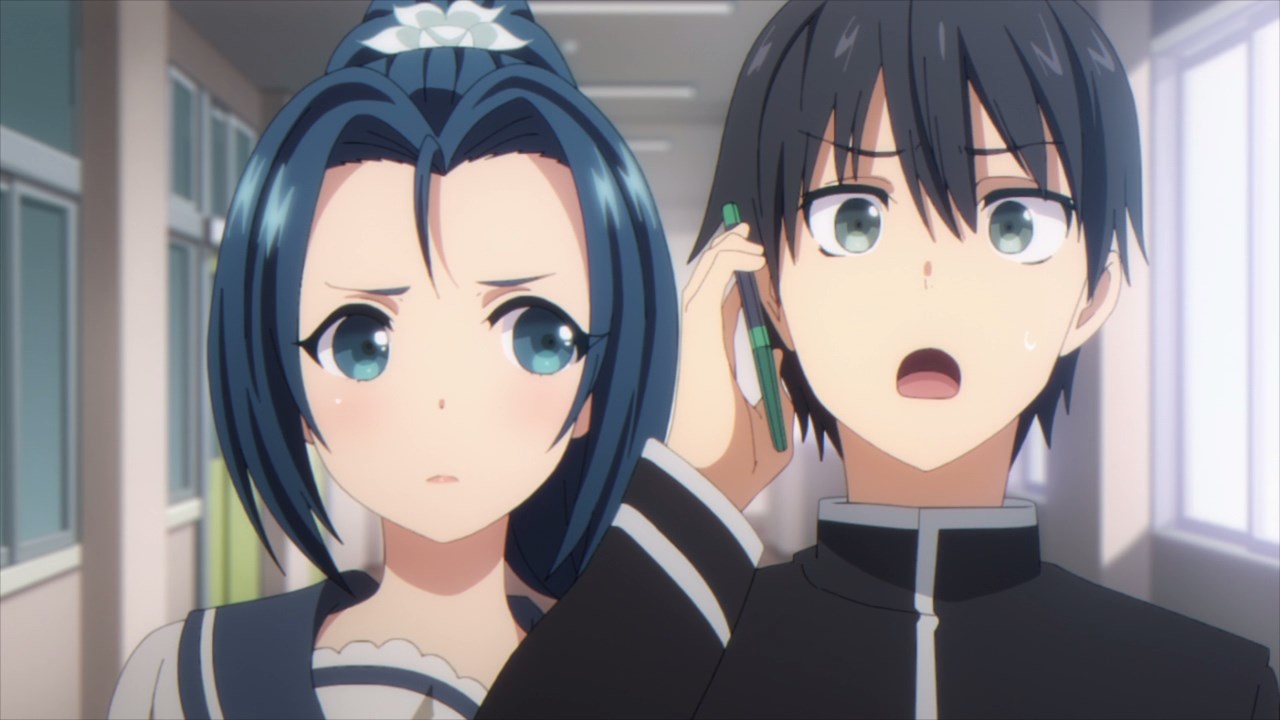 Well, Joro received a call from Taiyo “Sun-chan” Oga that the faculty and even the PTA are complaining about the inclusion of men at the traditional dance event. 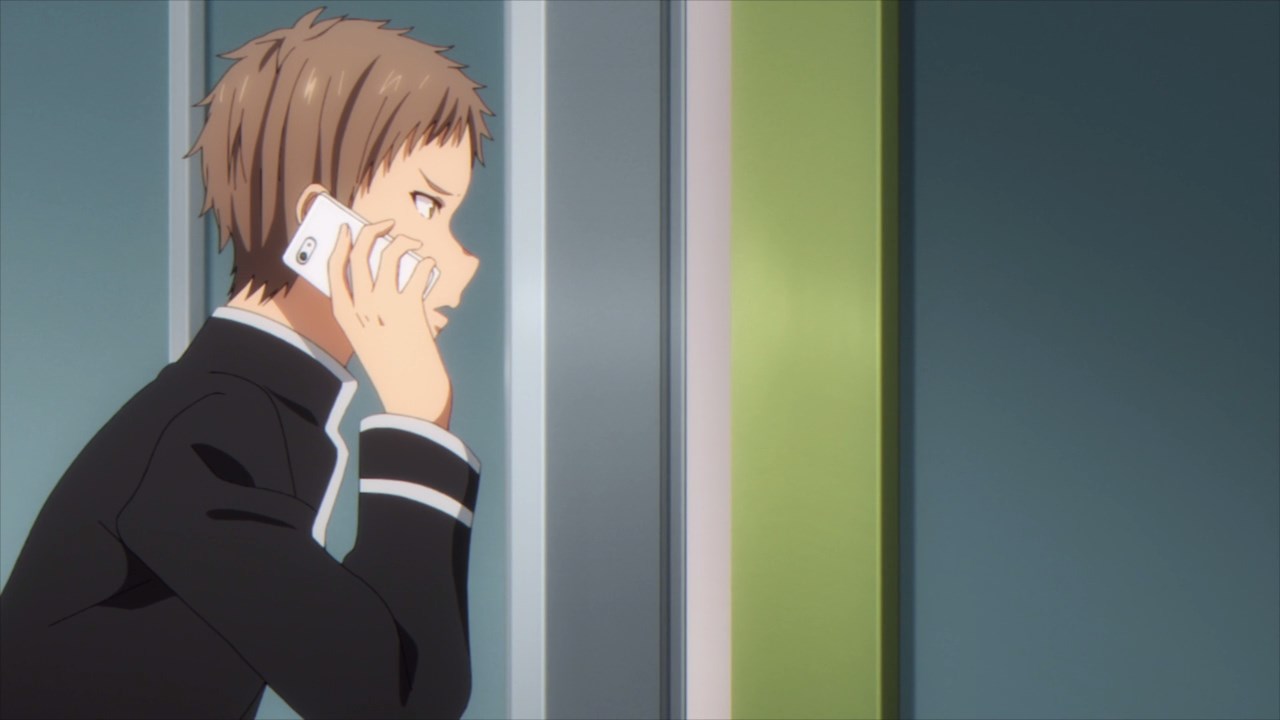 In any case, Sun-chan couldn’t participate in the dance event even if he’s gonna become a drag queen during that day. Now, looks like Joro needs to find a replacement quickly or the event will be cancelled! 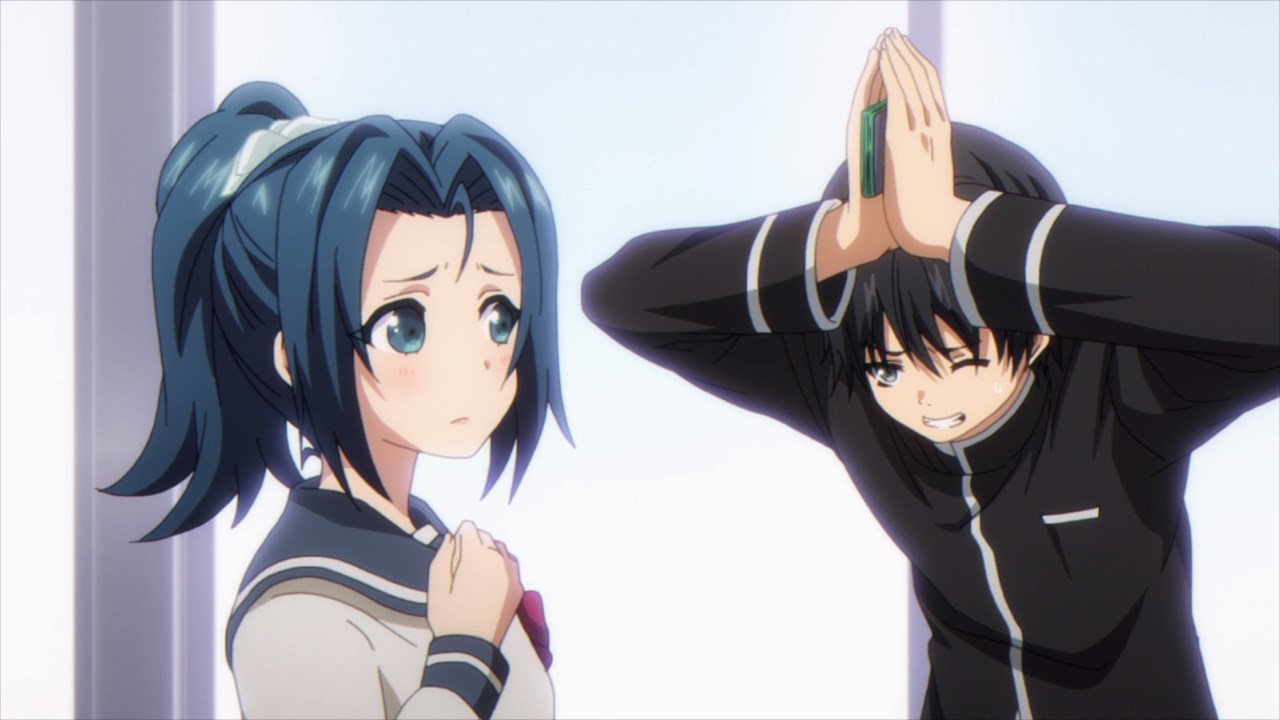 So, Joro has no other choice but to recruit Asunano as the replacement. Well, she can’t help it but to accept Joro’s offer since she’s the one who “accidentally” release that scathing article! 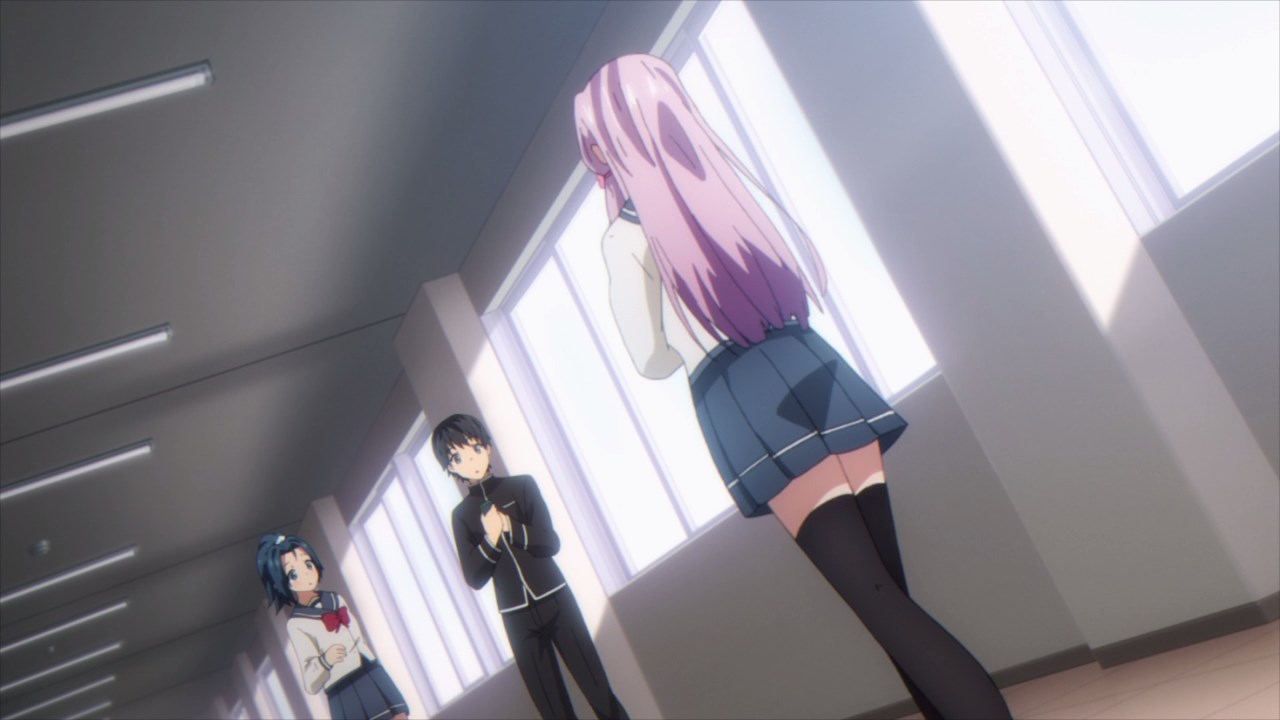 But just as she’s about to strike a deal with Joro, a familiar character appeared in which she wants to talk about the Flower Festival. 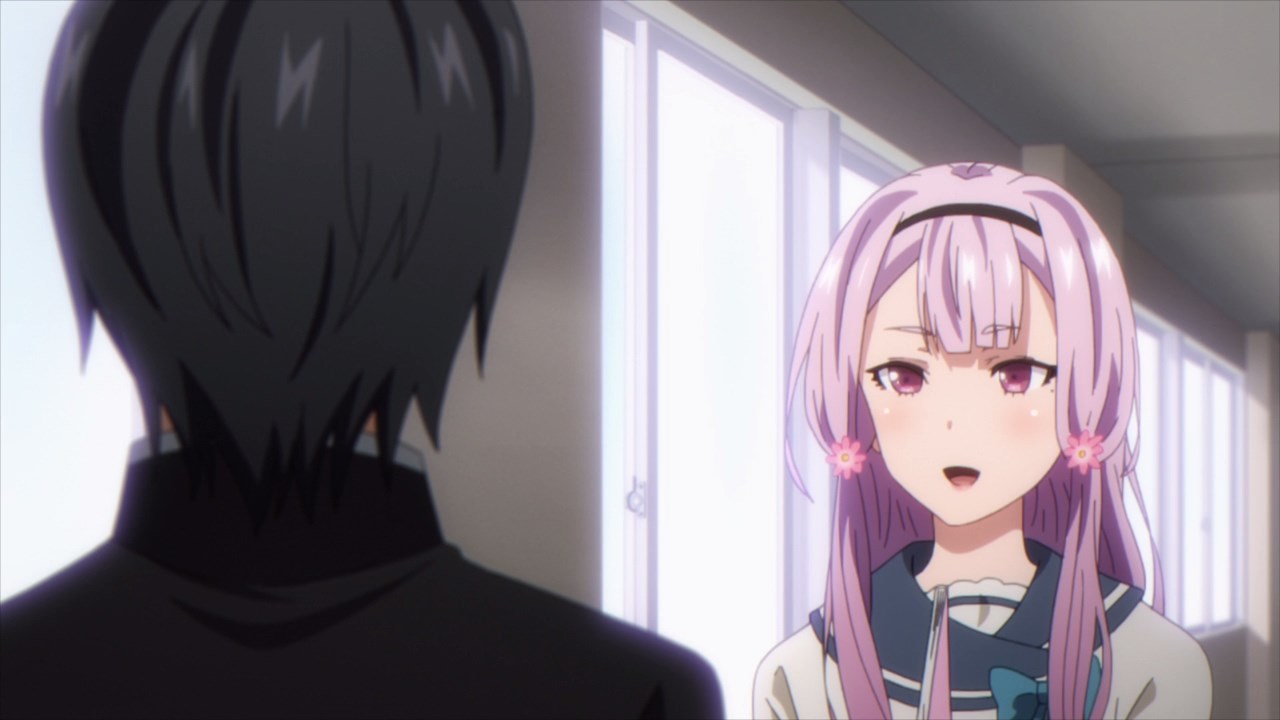 That’s right, it’s President Cosmos herself as Sakura Akino wants to talk to both Joro-kun and Asunaro at the student council office. 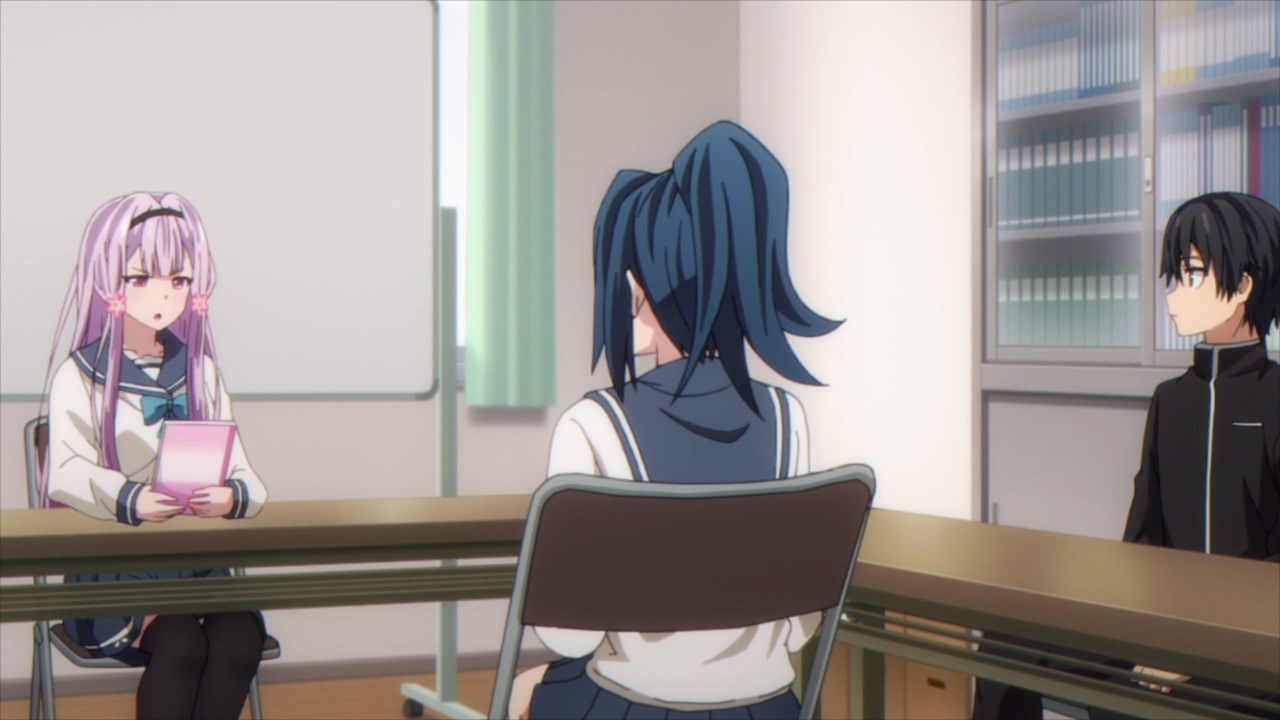 Of course, President Cosmos will only talk to Asunaro while Joro will act as the witness. So, what is she gonna say towards Asunaro? 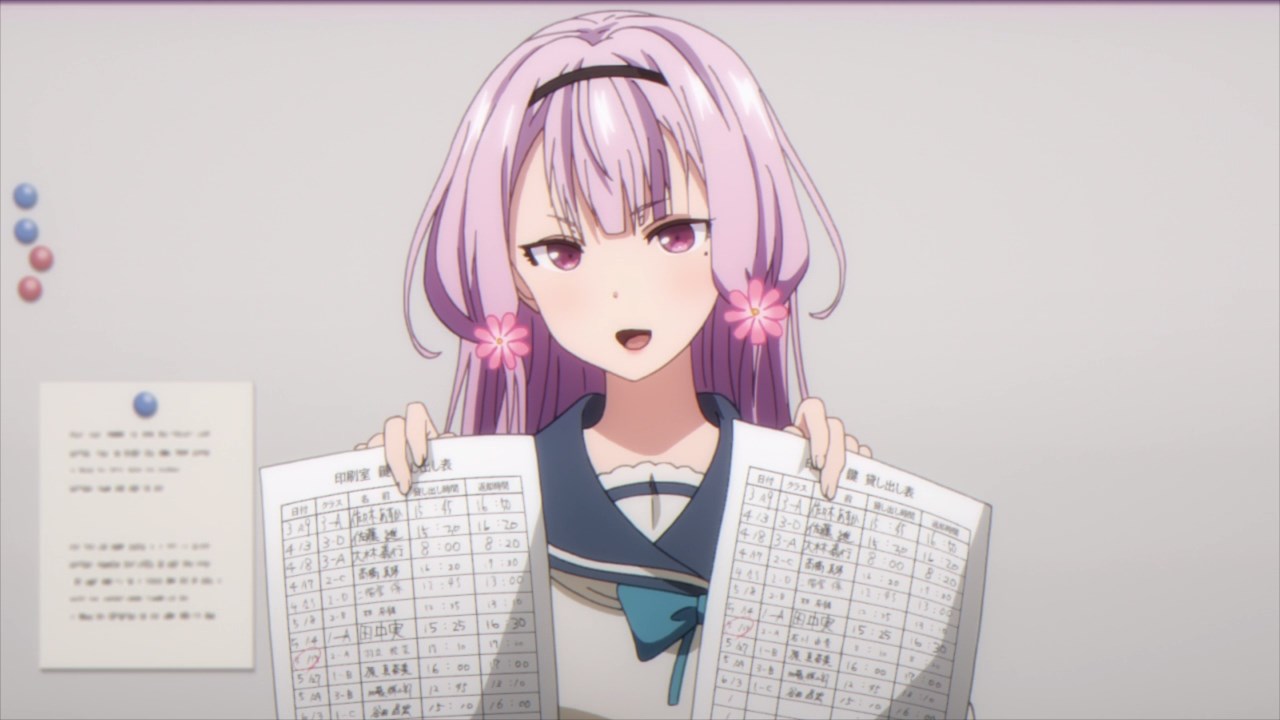 Well, President “Cosmos” Akino told “Asunaro” Hanetachi that her participation for the dance event is rejected, as she exposed some evidence that the publishing of the article is not by accident.

For example, Cosmos presented the room key check-out sheets in which she holds the forged one on her left and the real sheet on her right. 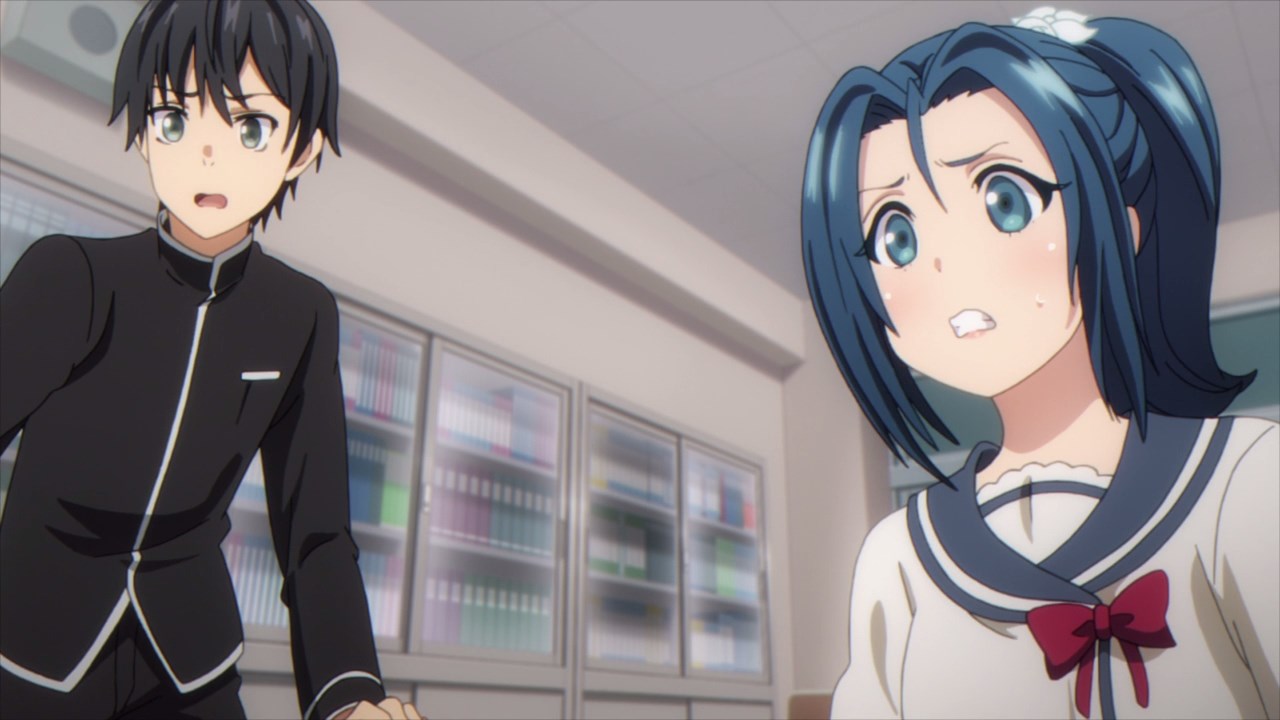 And as you can see on Hanetachi’s face, she’s shocked that the student council president presented evidence that calls her out. But wait, there’s more! 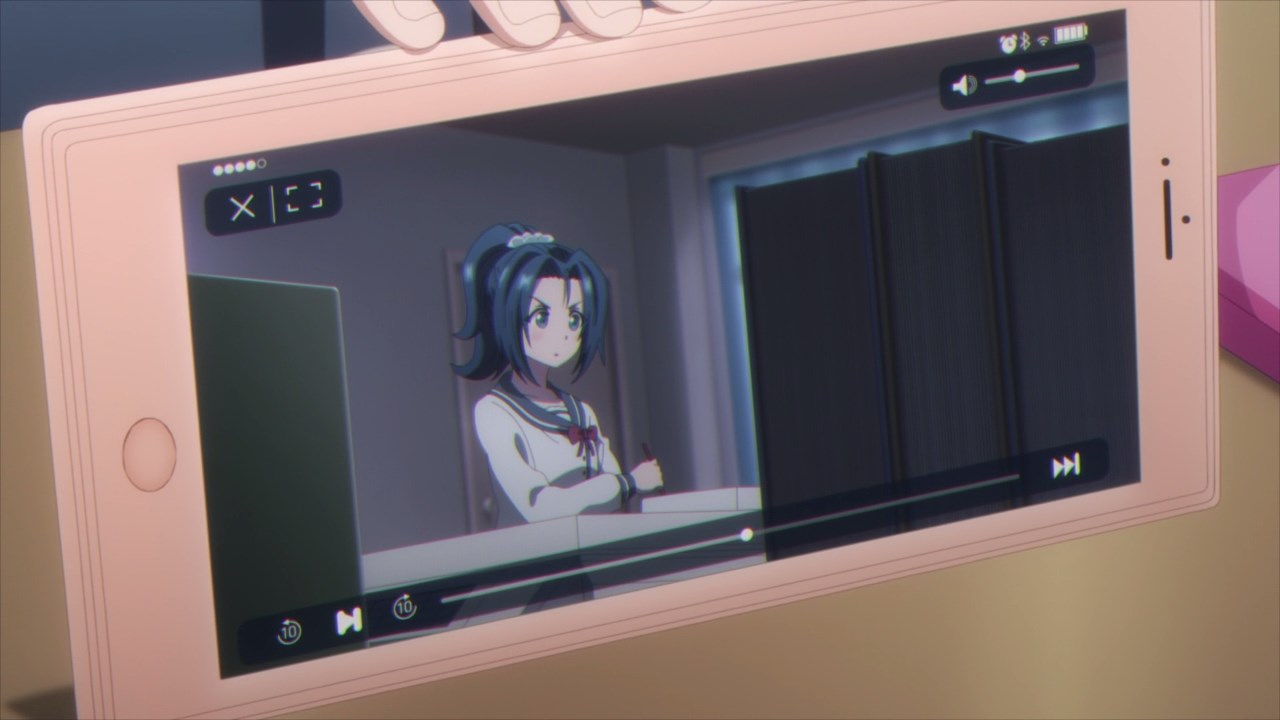 You see, Cosmos secretly recorded a video from her cellphone in which Asunaro tries to cover her tracks by forging a fake room key check-out sheet.

With that said, looks like Sakura “Cosmos” Akino has finally exposed Hina “Asunaro” Hanetachi of slander towards Amatsuyu “Joro” Kisaragi. But why would she do it? 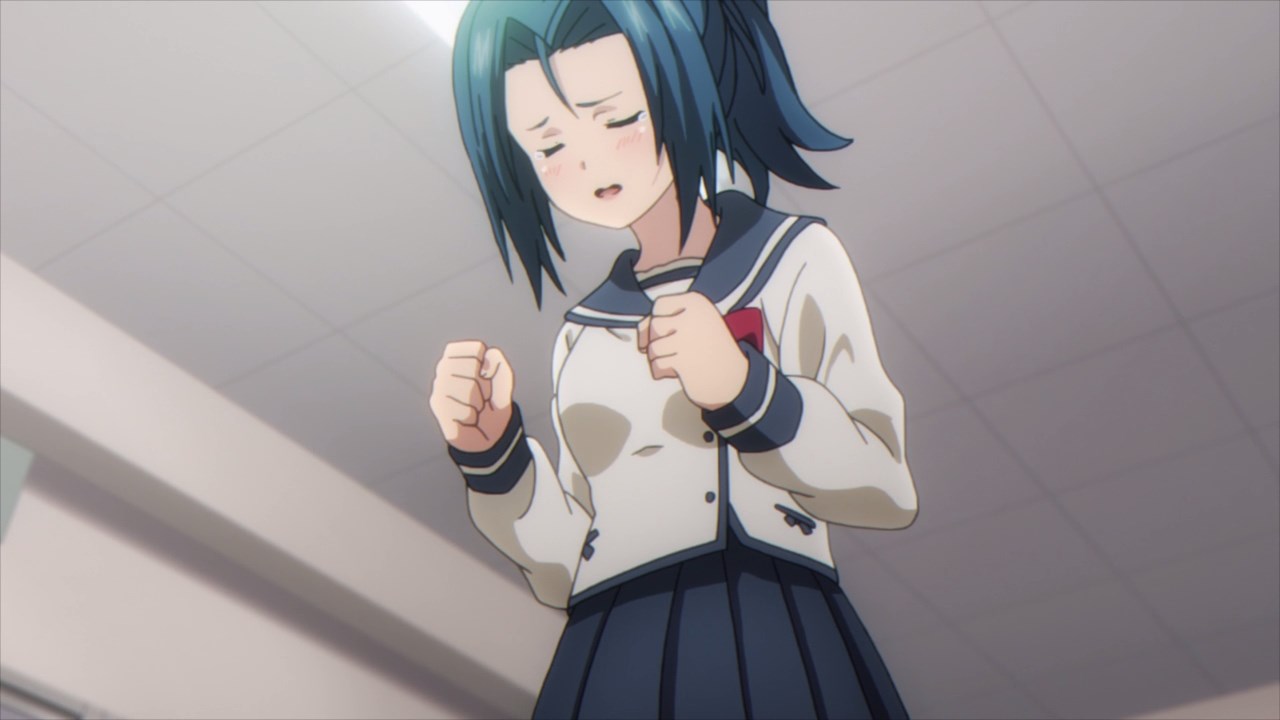 Well, turns out that Asunaro is in love with Joro-kun, especially the time where he saved her from a foul ball. 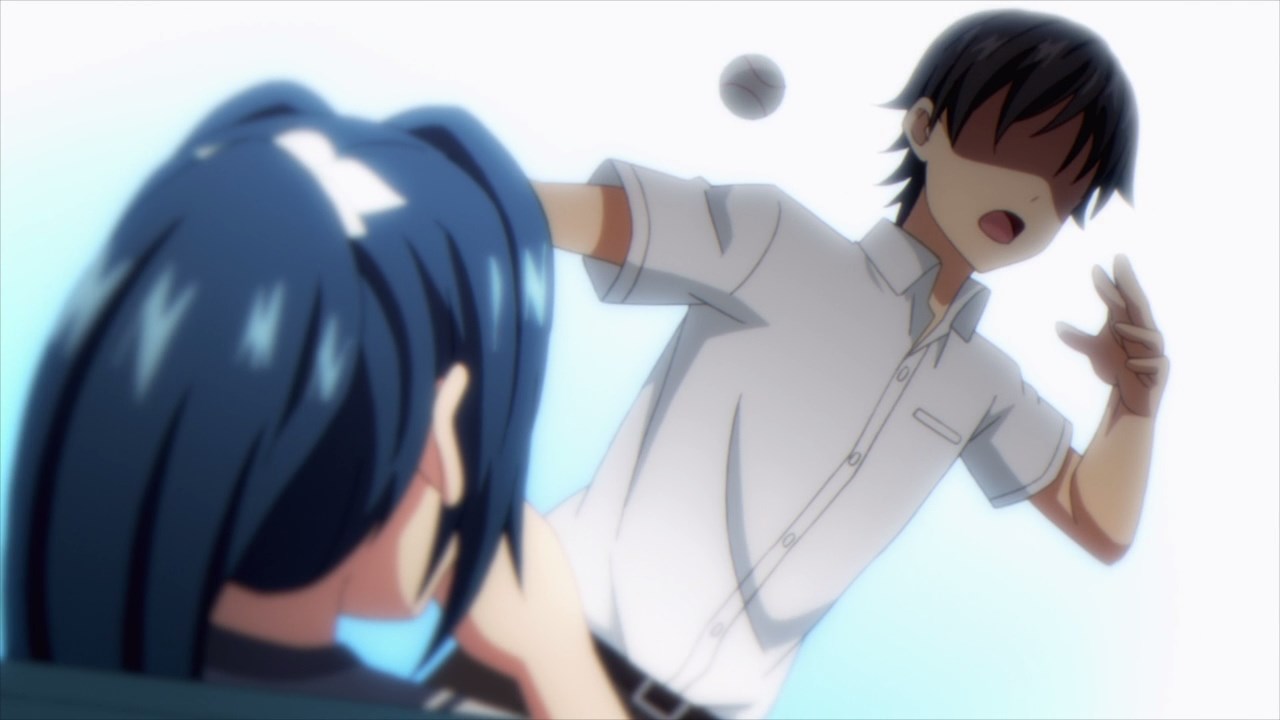 Actually, the truth is that Joro got distracted at Pansy’s boobs during the crucial baseball game that he got knocked-out instead.

Man, everything is connected to that baseball game ranging from Himawari and Cosmos’ love confession to Sun-chan, to Pansy showing up towards Joro-kun. 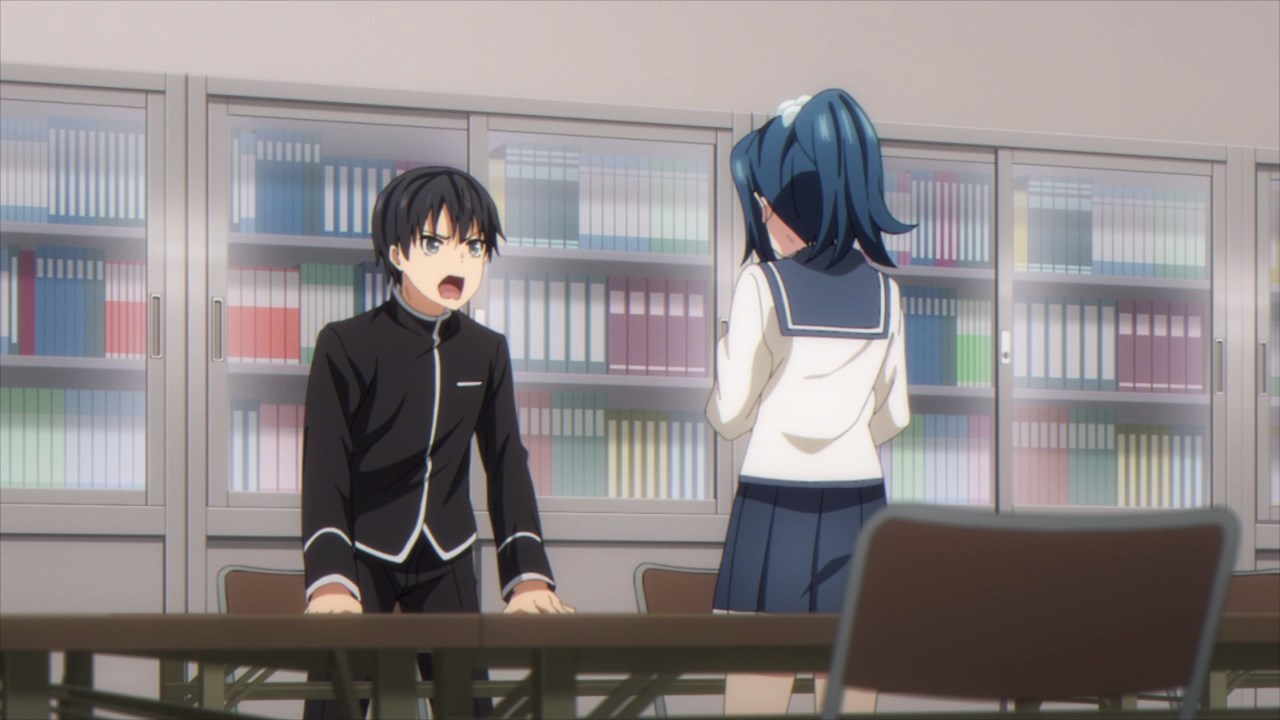 Unfortunately, Joro had enough of that bullshit because he got emotionally hurt from being friend-zoned by Himawari and Cosmos, therefore Joro rejected Asunaro’s advances. Come to think of it, I wonder if he’s okay letting Pansy date him? 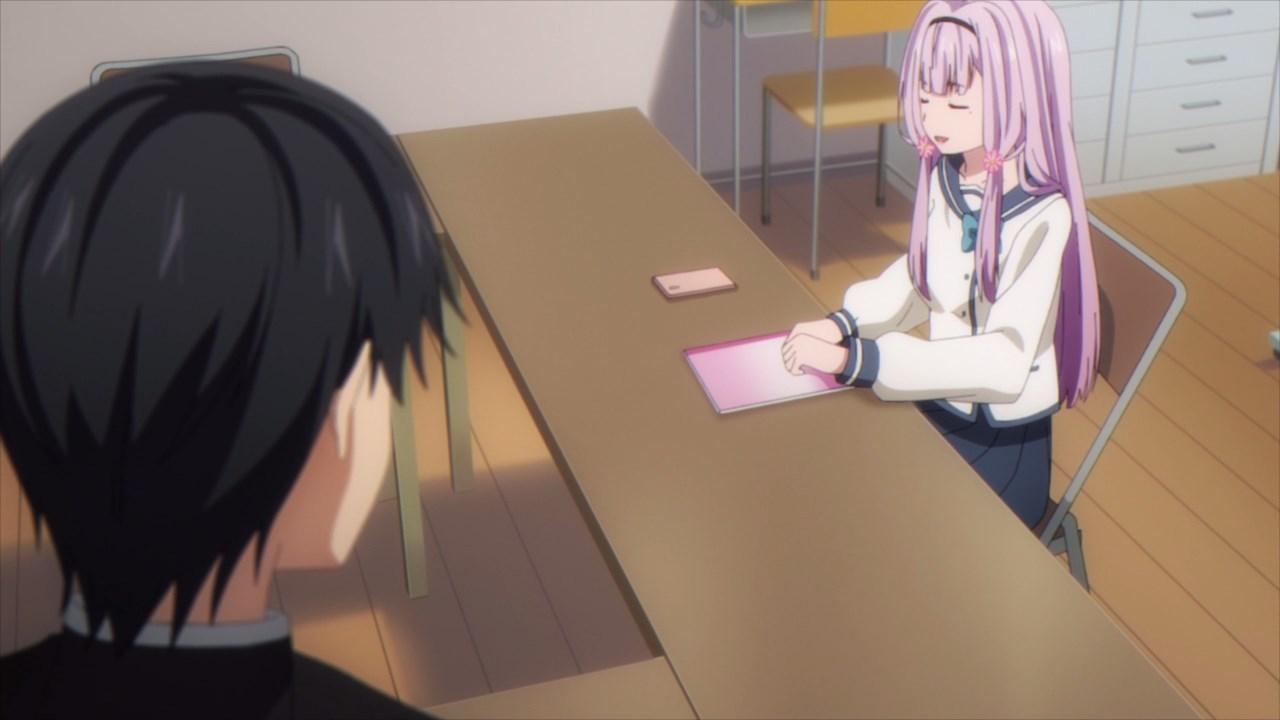 Anyways, looks like the case is finally closed but man, Joro broke Asunaro’s heart with his harsh words although he didn’t mean to hate her because Joro had enough of being a fool.

But still, who’s gonna become the last member for the upcoming dance event? Well, President Cosmos found someone but we’ll find out later… 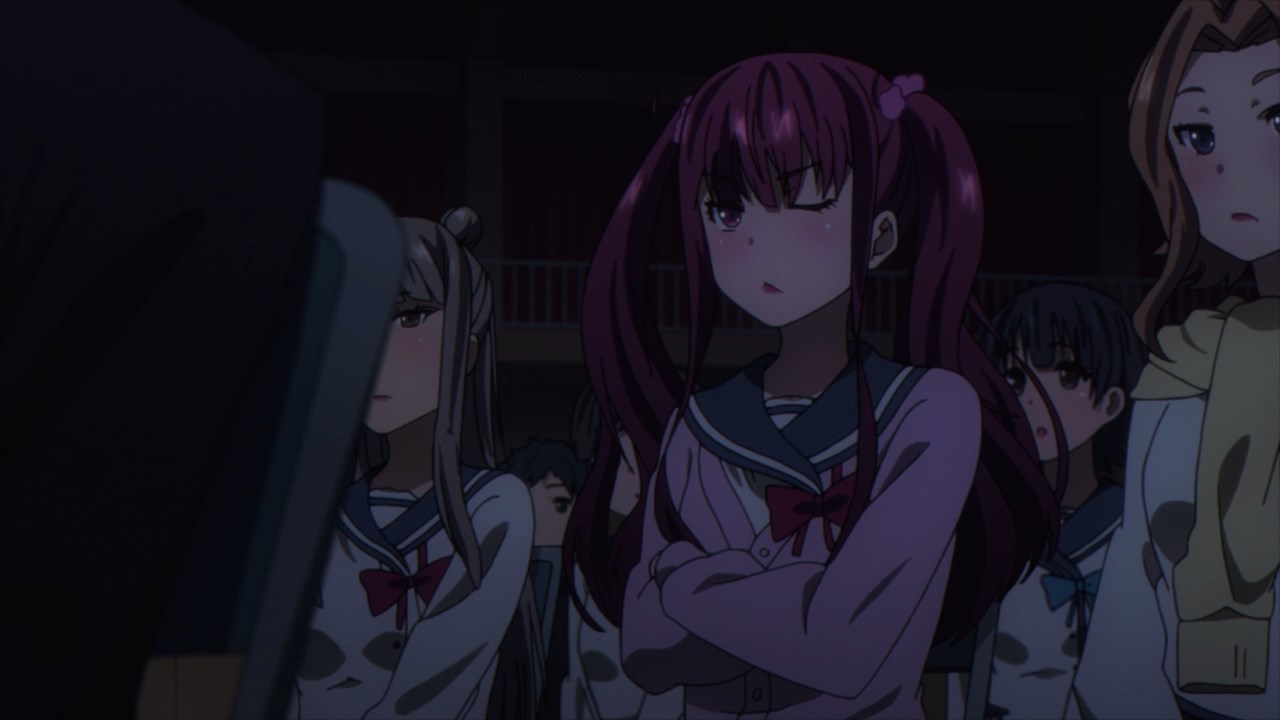 Now then, here’s the Charisma Group as they’re here to watch the Flower Festival’s dance event. Let’s hope that Joro and his friends can sort it out without angering the parents. 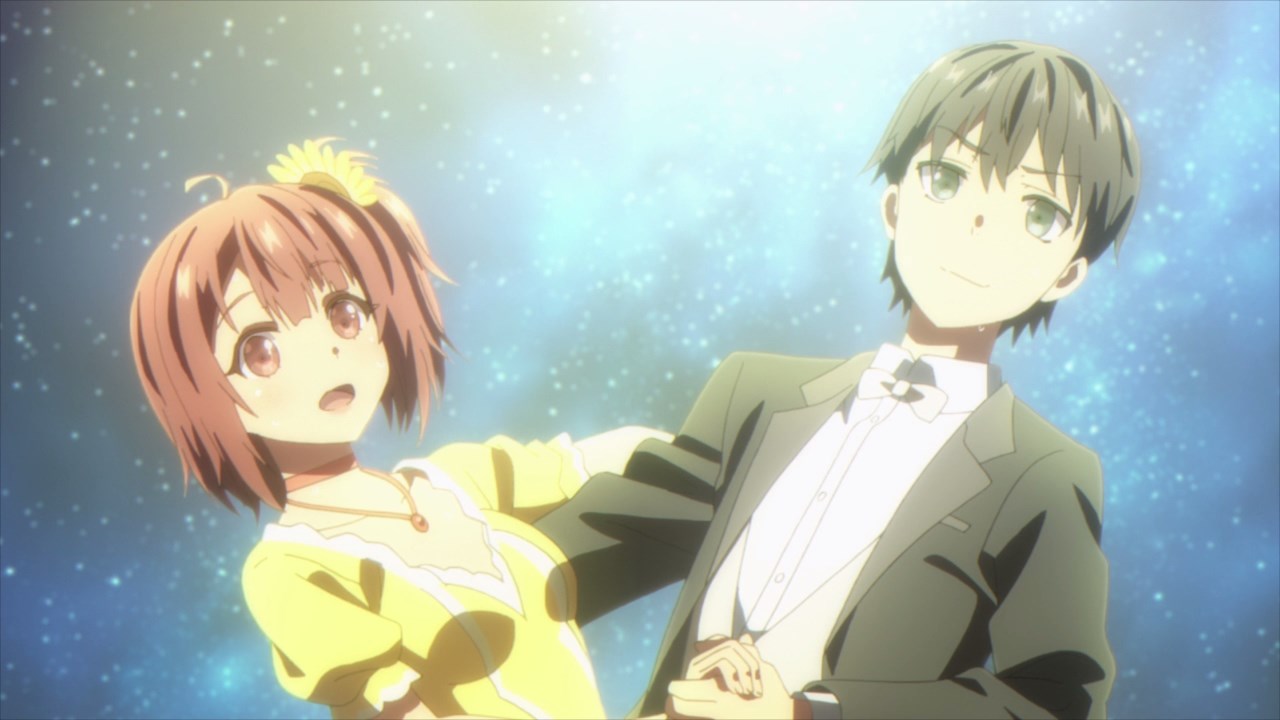 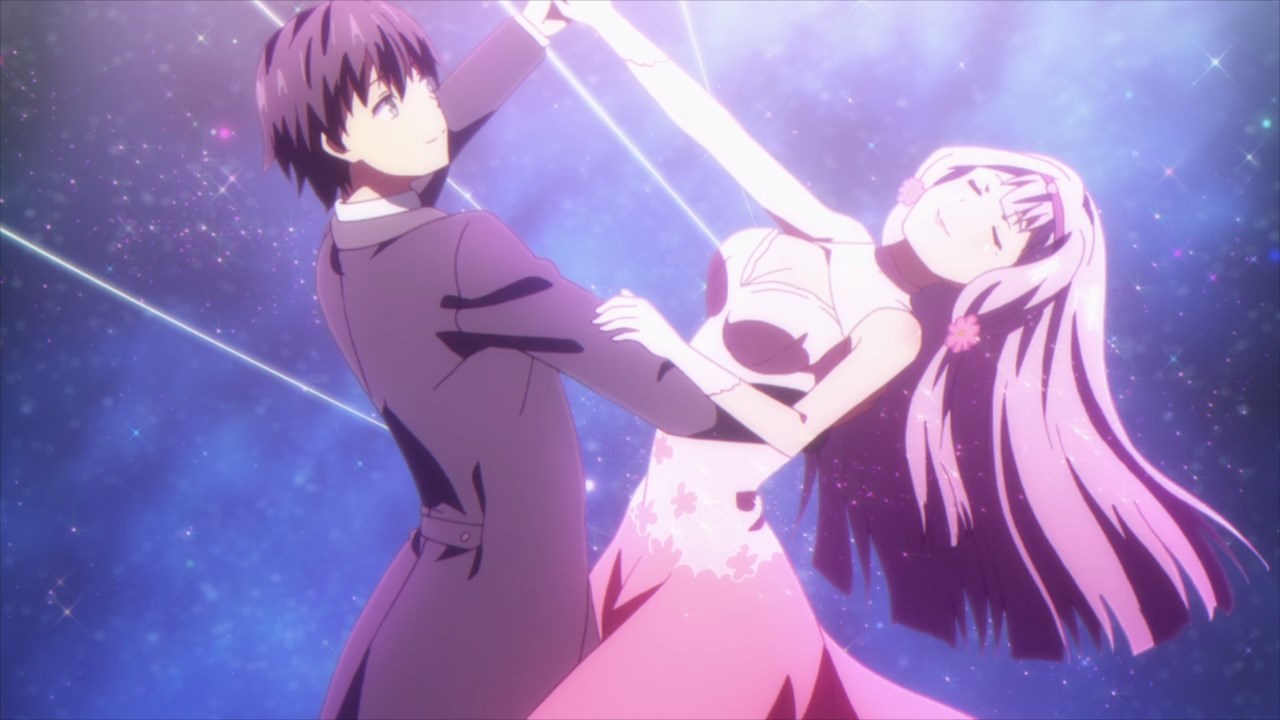 Anyways, here’s Joro where he dances both Himawari and President Cosmos. Yeah, they look beautiful in their formal dress but what about Kimie Kamata’s replacement? 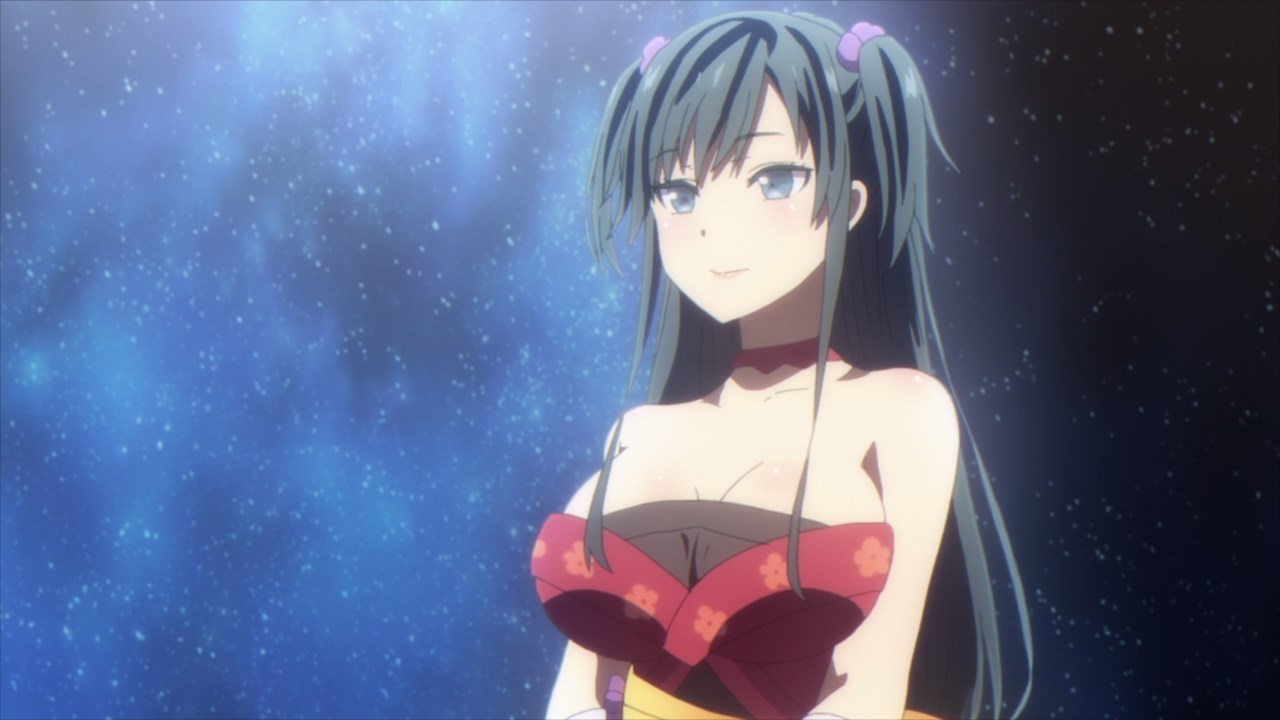 Oh, it’s Sumireko “Pansy” Sanshokuin where she’s freakin’ gorgeous, especially her large bust that leaves everyone stunned and confused on who the heck she is! 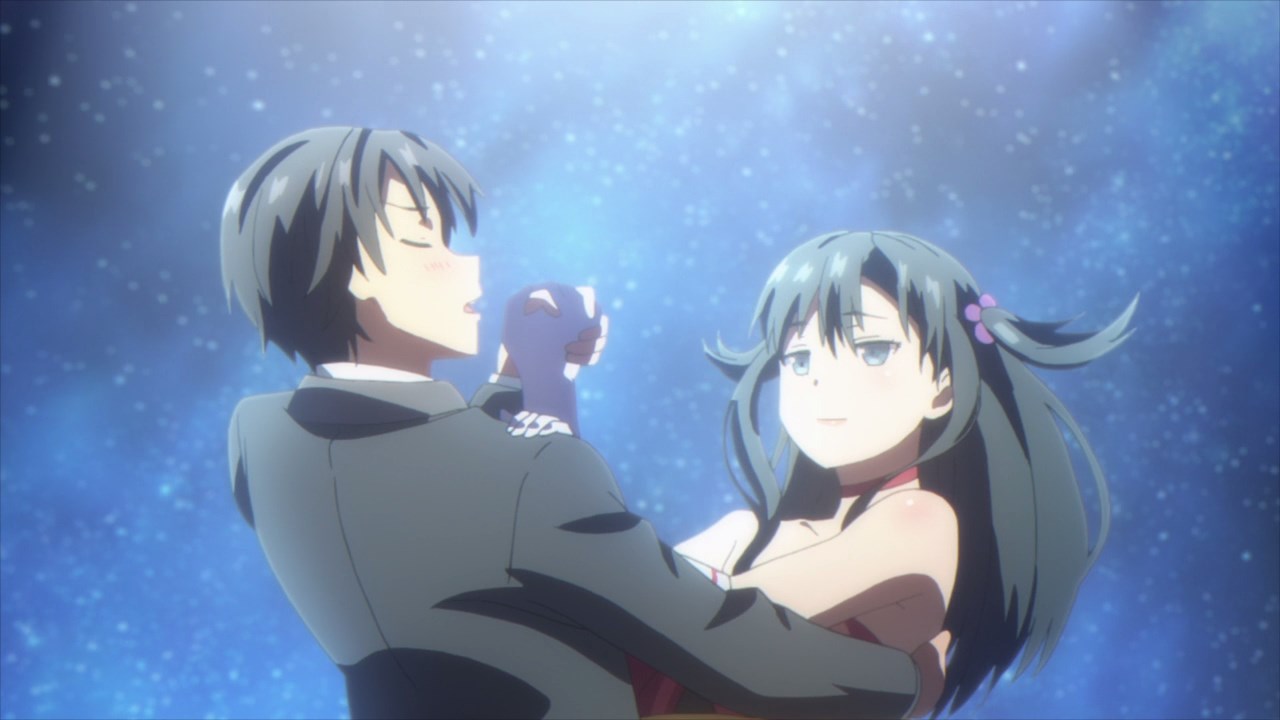 But anyways, the Flower Festival was a success and Joro-kun is surprised that Pansy participated in the dance event. Still, I wonder if Joro will end up marrying Pansy despite being the harsh stalker she is?

Well then, I’ll see you next time and while Joro-kun is safe, you know that there would be some girl who expose his shitty behavior!