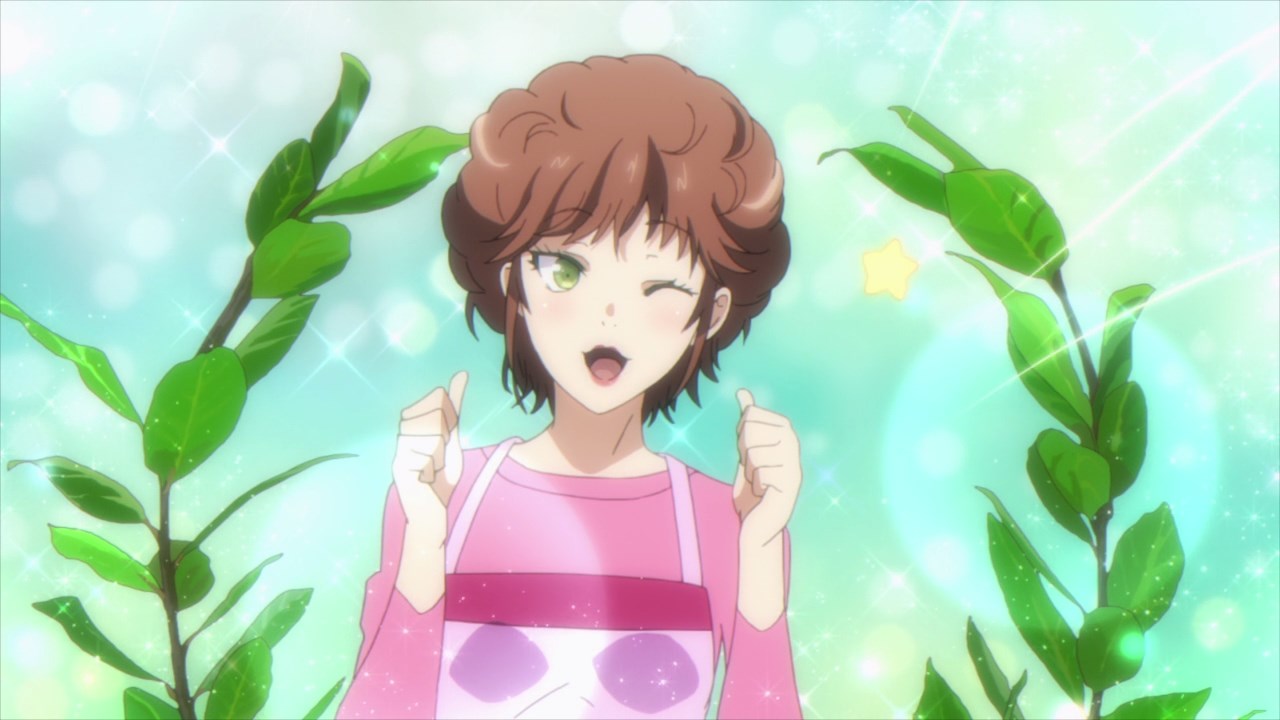 Meet Keiki “Laurier” Kisaragi and all I can say is that she’s cute as hell! Oh, and not to mention having Yukari Tamura playing Joro’s mother. 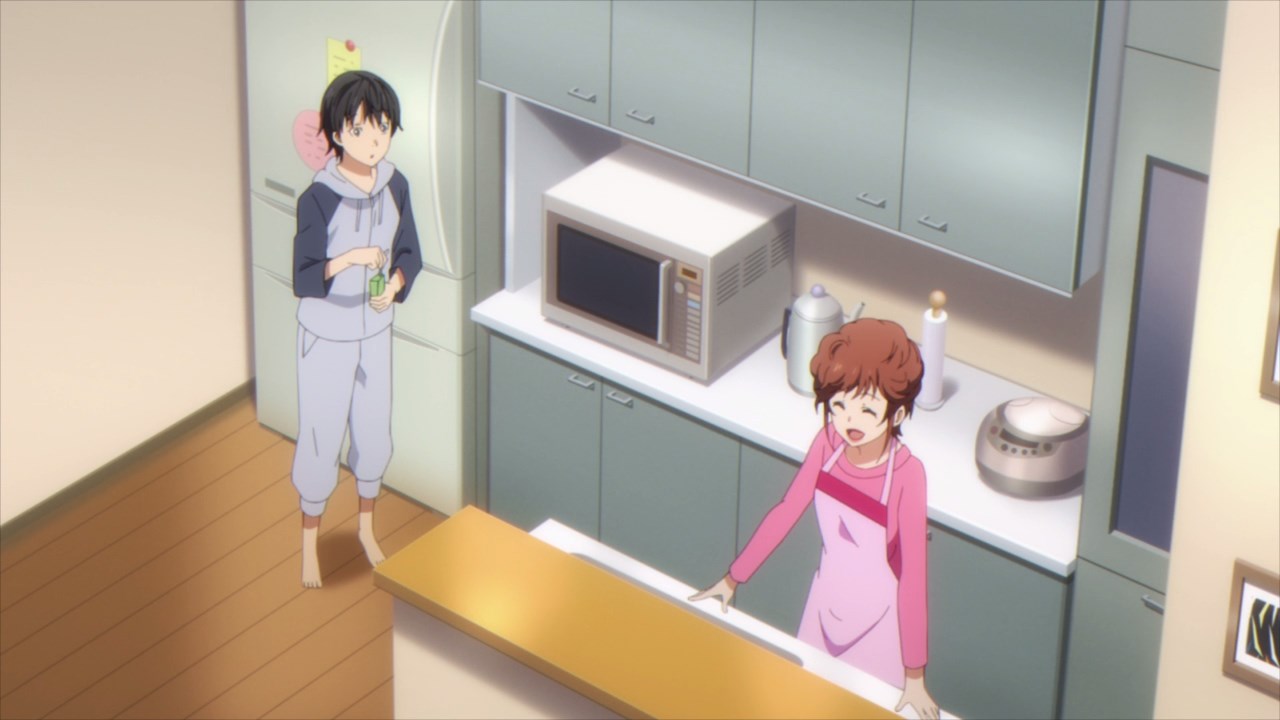 Anyways, Keiki-san invited someone to their house because she thought that this person is a reliable friend to her son. 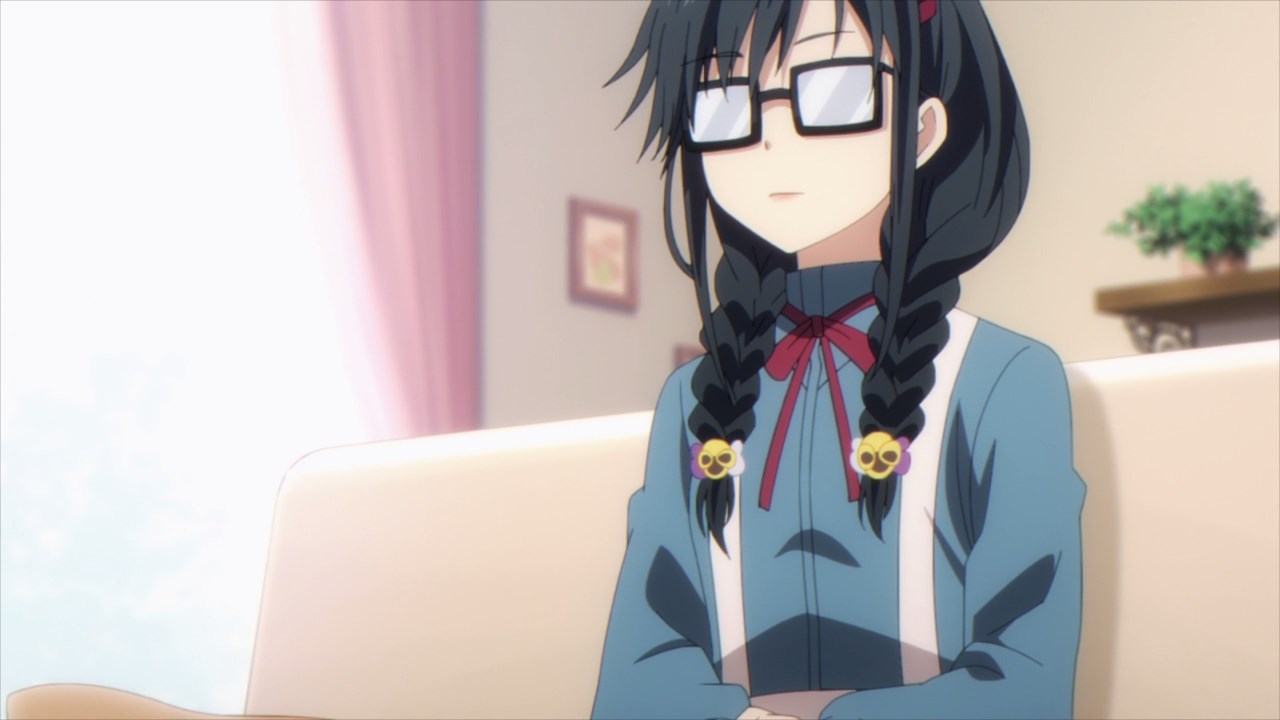 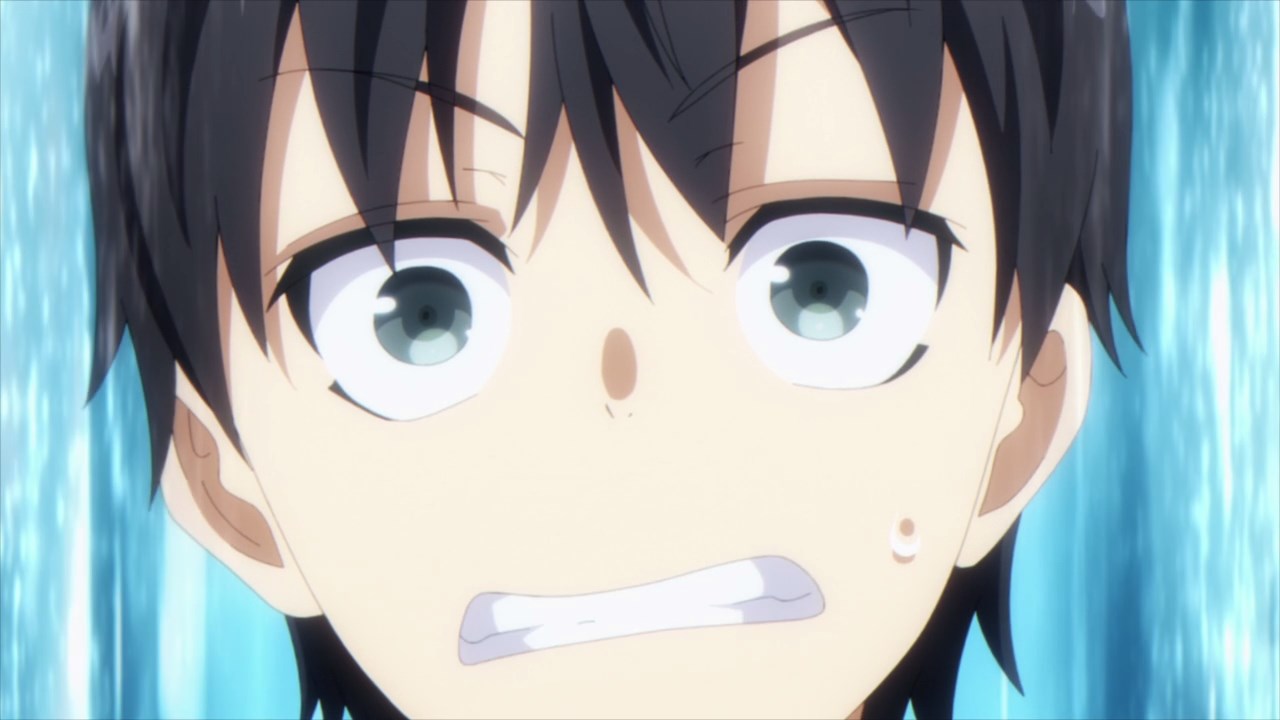 Then it turns out that Laurier invited Sumireko “Pansy” Sanshokuin in which Joro was shocked that the stalker got in! Well, at least Pansy didn’t tell about Joro’s dirty secrets to his mom. 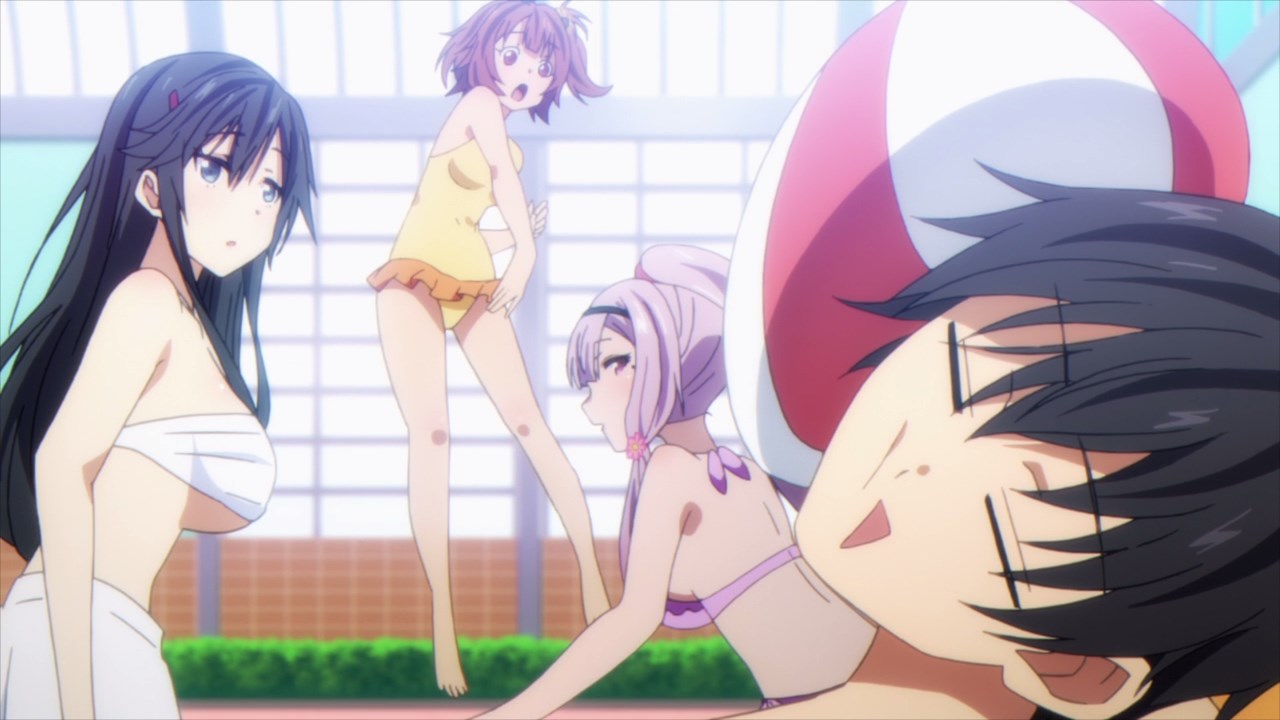 Now then, it’s time for a pool episode where Joro invited his friends at Aqualand.

Yeah, the reason why he invited the likes of Aoi “Himawari” Hinata and Sakura “Cosmos” Akino because Joro wants to see them in swimsuit and their tits bouncing around. Um Joro, what about Pansy? I mean, she’s got bigger boobs than these two! 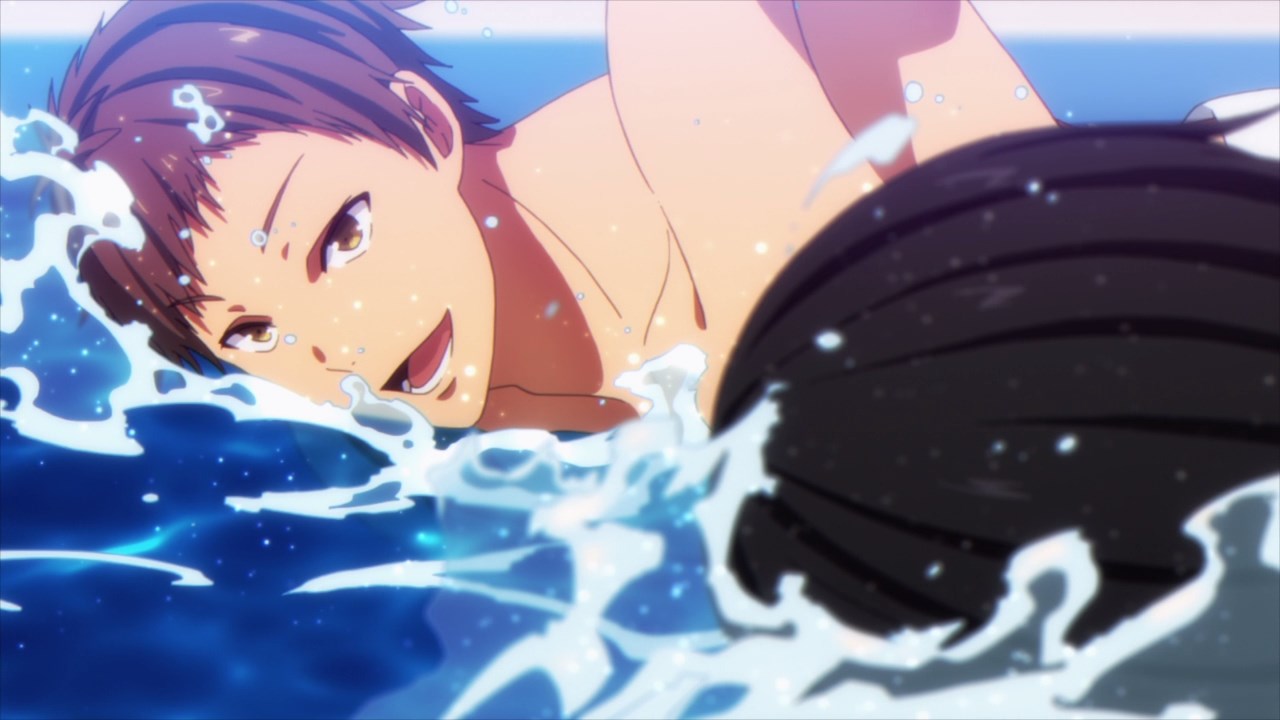 Also, he invited Taiyo “Sun-chan” Oga where he’s acting like the big bro to Joro-kun when he’s in a pinch. Glad that Joro and Sun-chan are friends and they should stay that way! 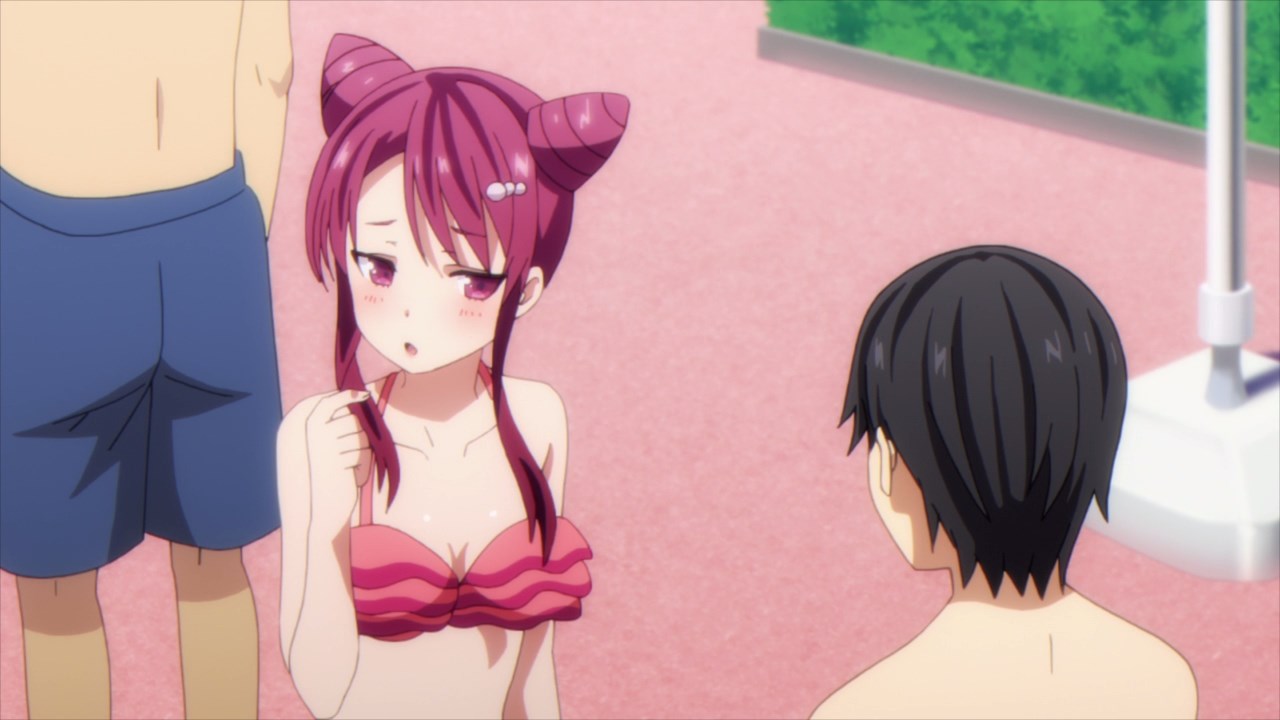 Meanwhile, it seems that Joro saw Charisma Group Child A at Aqualand, except that he doesn’t remember her as she’s sporting a different hairstyle.

Still, Charisma Group Child A is acting like a tsundere heroine where she asked Joro some tips of scoring a guy. 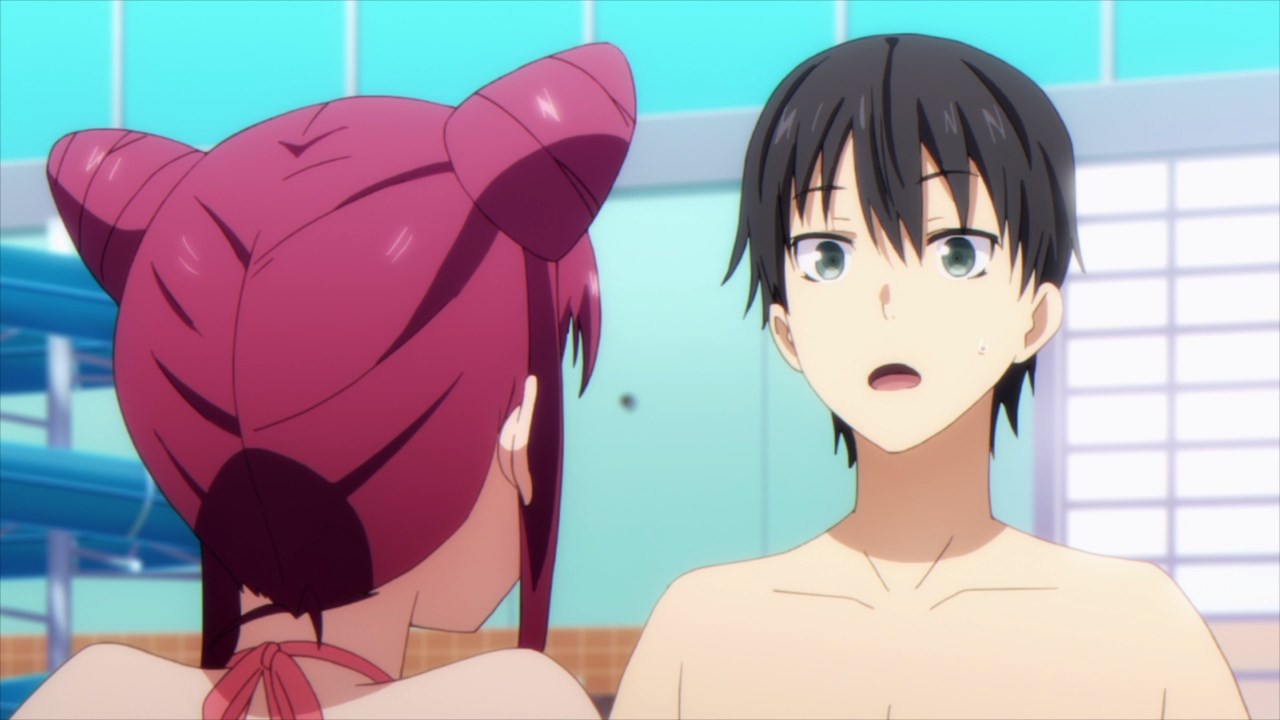 Well, Joro told Charisma Group Child A that the only way to get someone is to present herself with clean look. I mean, having red hair with twintails (or twin buns) is kinda intimidating, don’t you think?

With that said, looks like Joro had a great time at Aqualand. Not just because he saw his potential girlfriends in swimsuits, but Joro got his ass saved by Sun-chan most of the time. 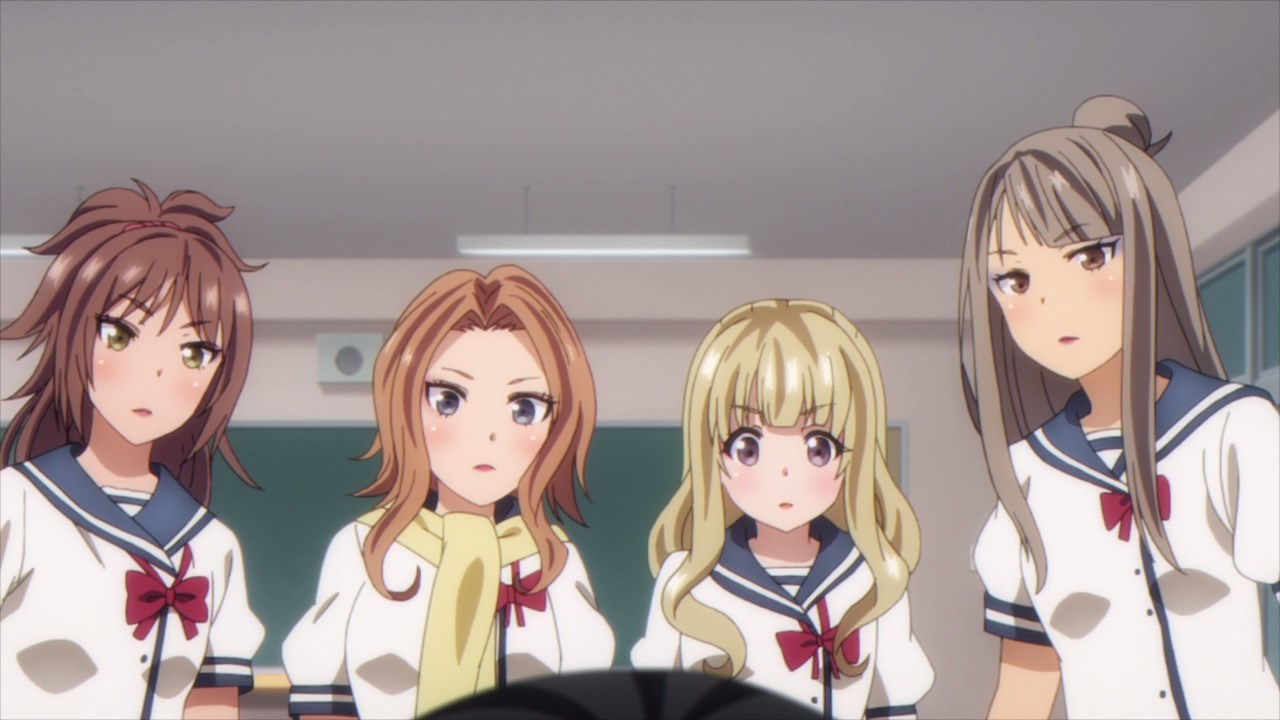 The next day, the Charisma Group approached Joro-kun and I have a bad feeling that they’re gonna mock him for being a scumbag! 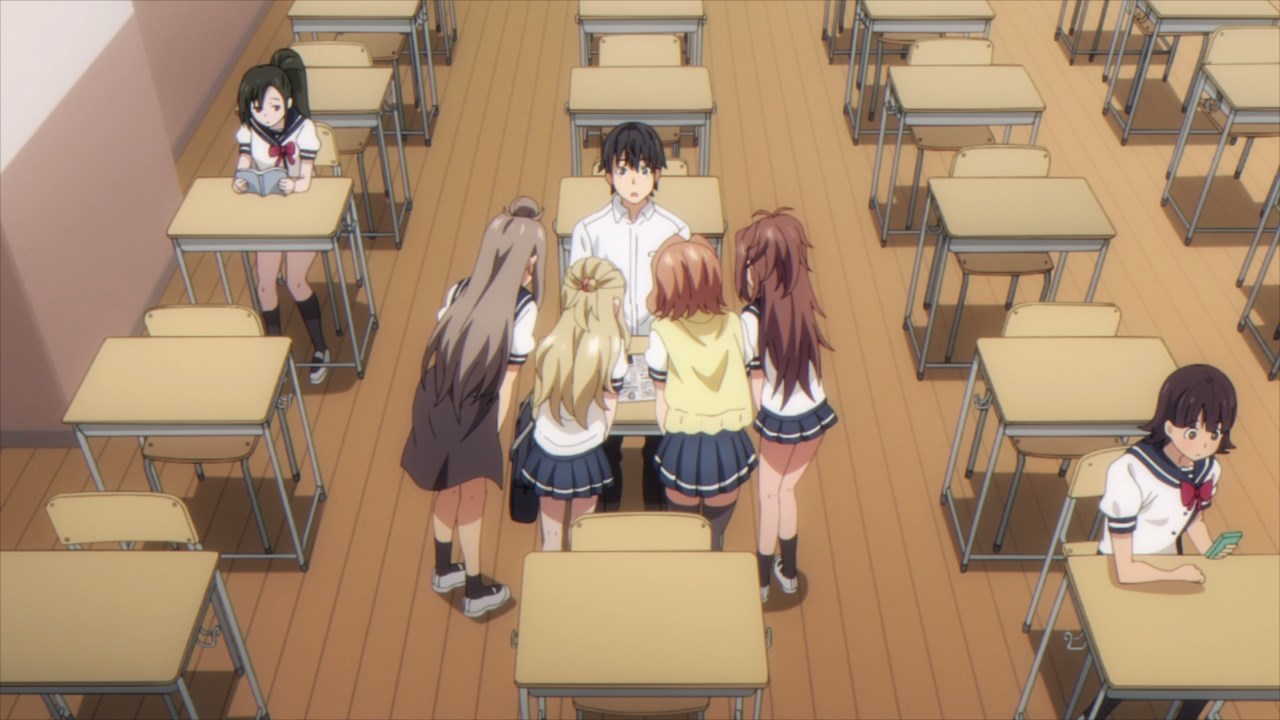 Except that the Charisma Group decided to apologize for accusing him of being a bad person, despite the fact that Joro is actually a foul-mouthed guy whose dreams is to have a harem of himself!

Well, good thing Hina “Asunaro” Hanetachi managed to clear up his name after publishing the wrong article from the previous 2 episodes. 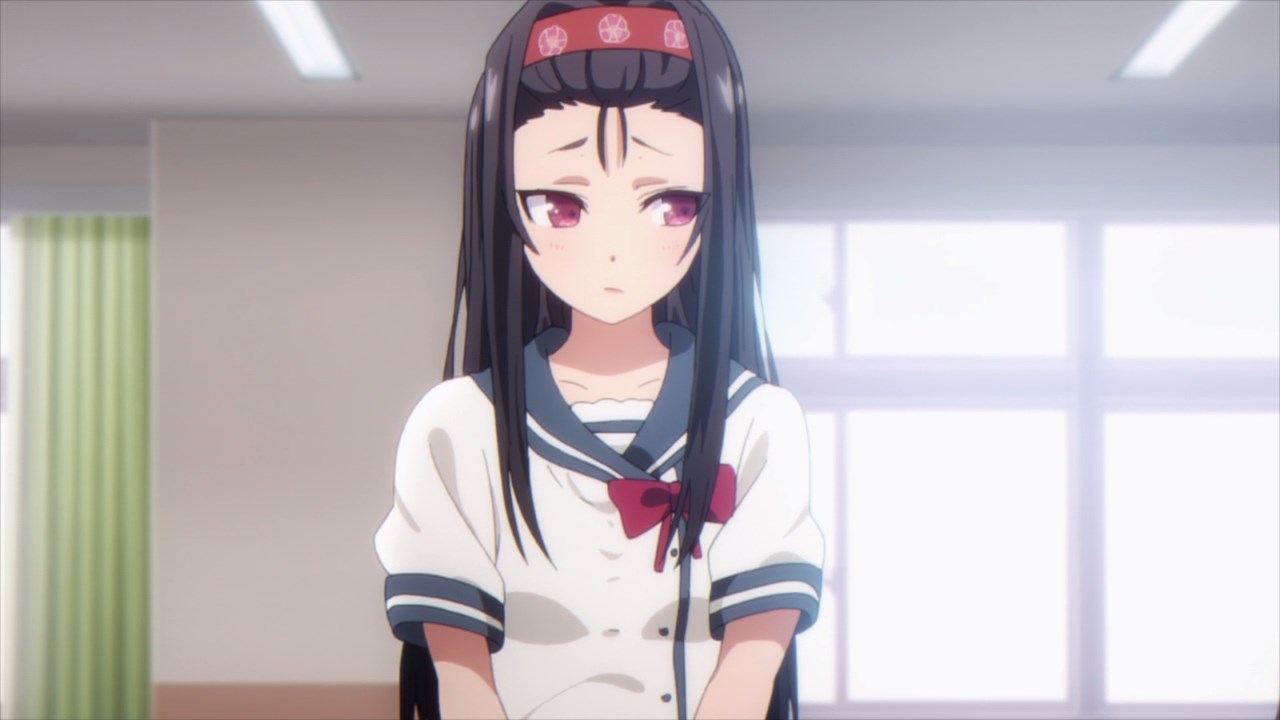 On the other hand, we have a new character introduced on this episode named Asaka “Sazanka” Mayama and damn, she’s one hell of a cutie! 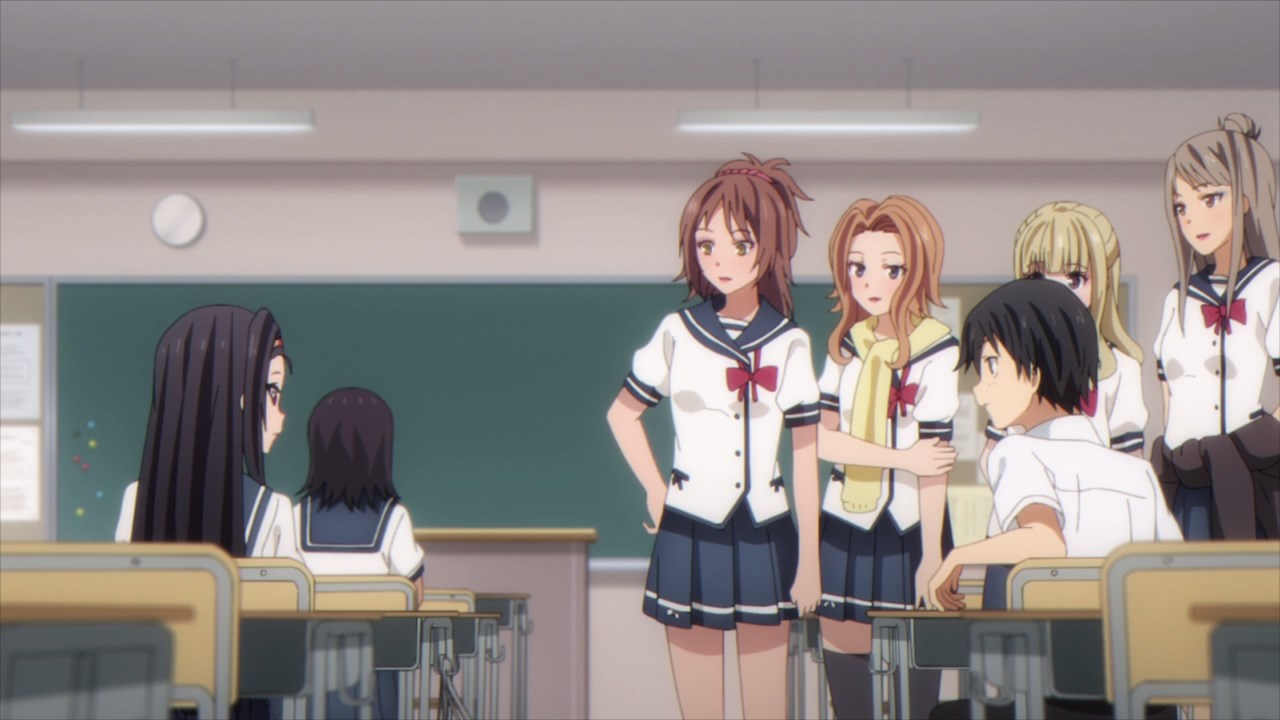 But then, Amatsuyu “Joro” Kisaragi realized that Asaka “Sazanka” Mayama is actually the leader of the Charisma Group, where Child A decides to ditch her red twin-tails in favor of straight black hair.

I guess Joro’s suggestion to change her appearance has actually worked. Still, Sazanka will act like your typical tsundere character. 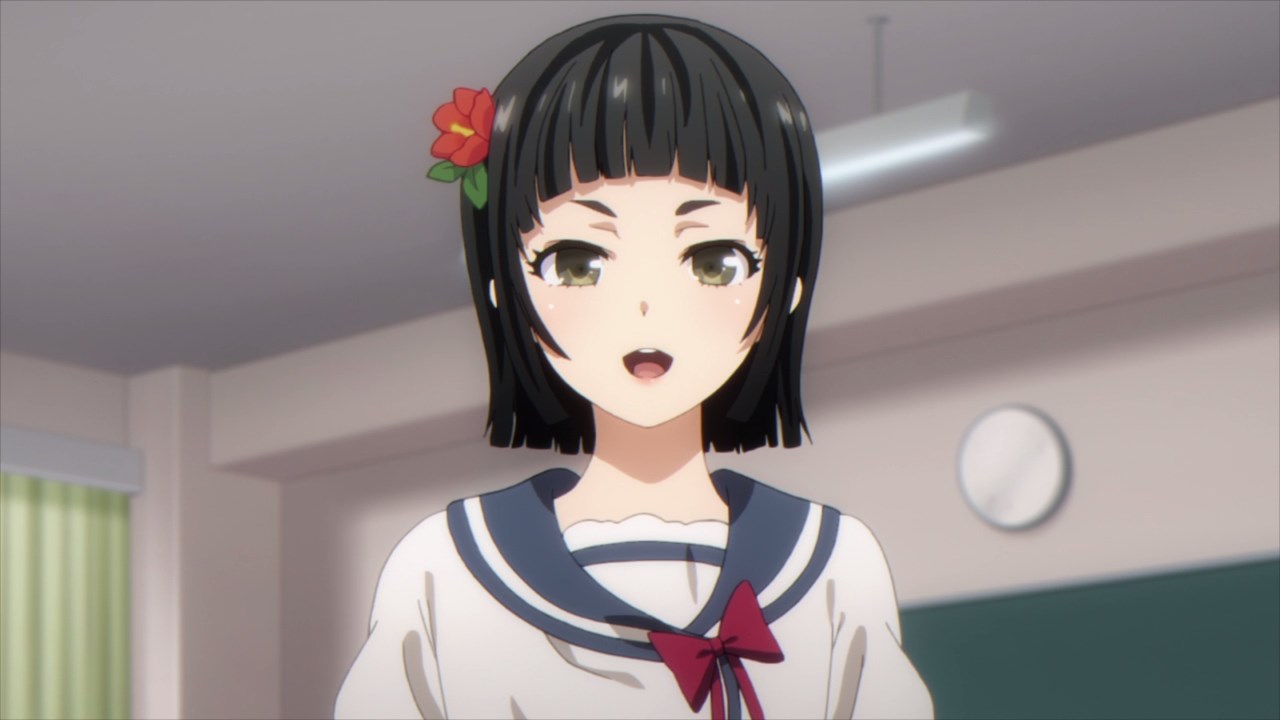 One last thing, here’s the actual new character introduced on this episode where she knows Joro-kun when they’re kids. Wait, is this girl actually Pansy? Then again, her breasts isn’t as big. 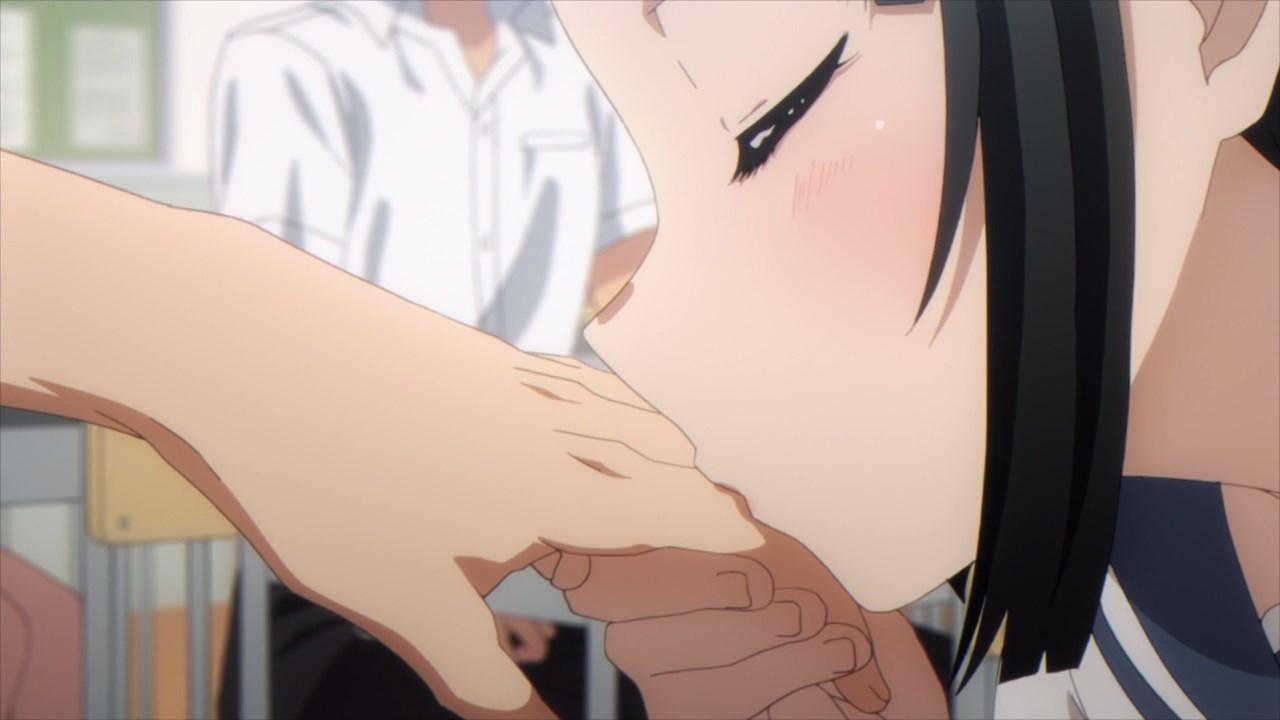 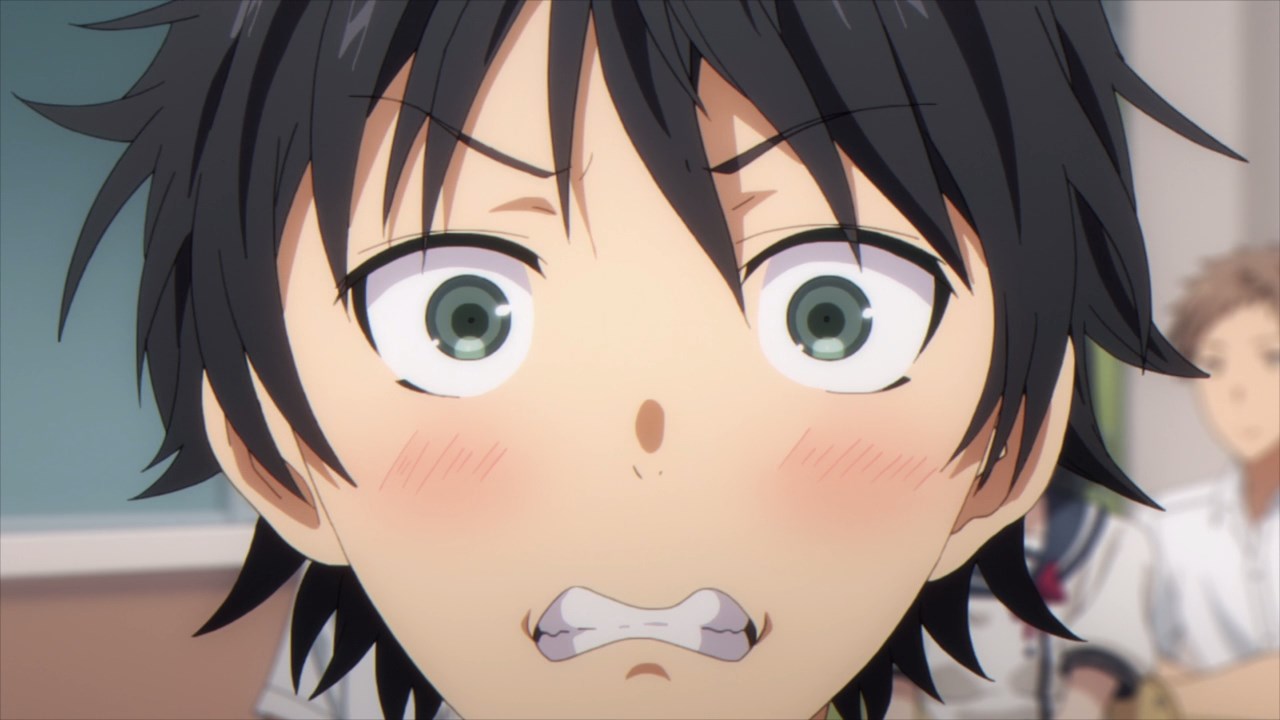 But more importantly, this girl kissed Joro in the hands where he was shocked- No, everyone was shocked to see this unexpected event! Man, what will Pansy do when this girl arrives to steal Joro-kun away?

Anyways, tune in next time as Joro-kun will have another girl that might get added to his harem!