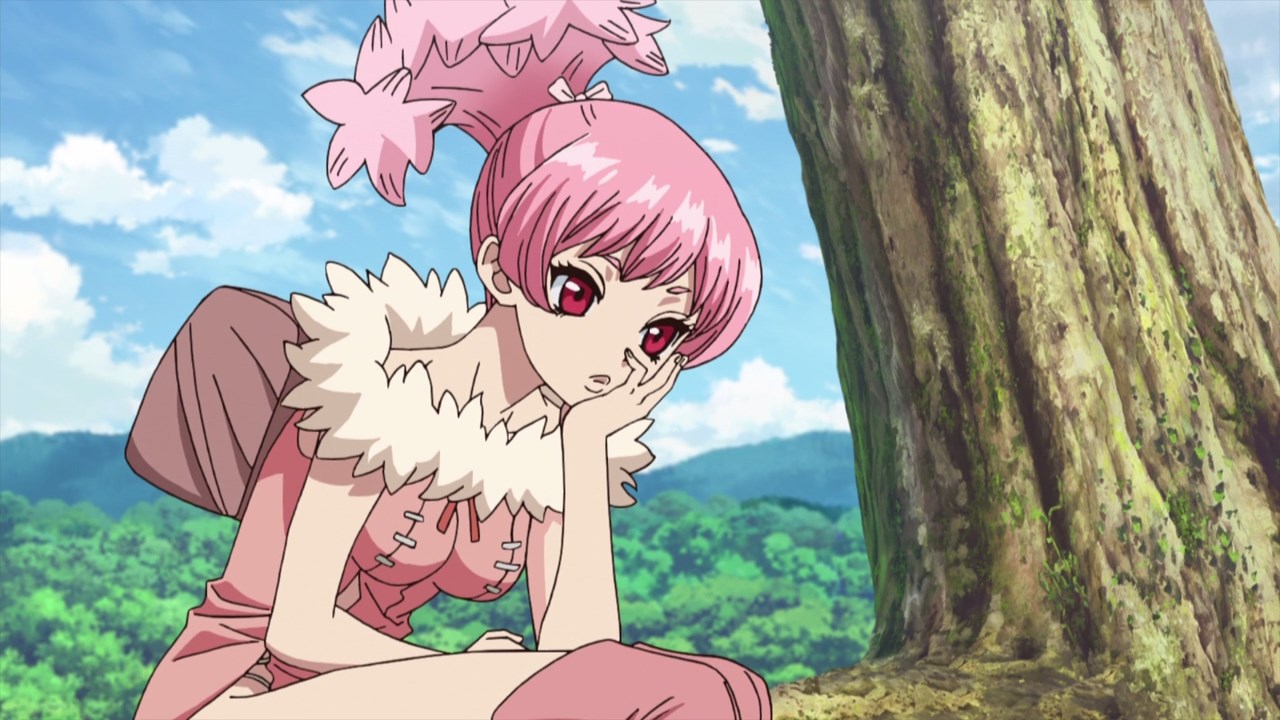 Oh look, it’s Homura as she’s watching Senku and his allies from a distance, and then report to Hyoga and Tsukasa Shishio on what they’re planning to do against the Empire of Might.

Of course, Homura will have to travel faster in order to deliver the report, which is inefficient because the information would become obsolete once Senku moved onto his next stage of his plan… 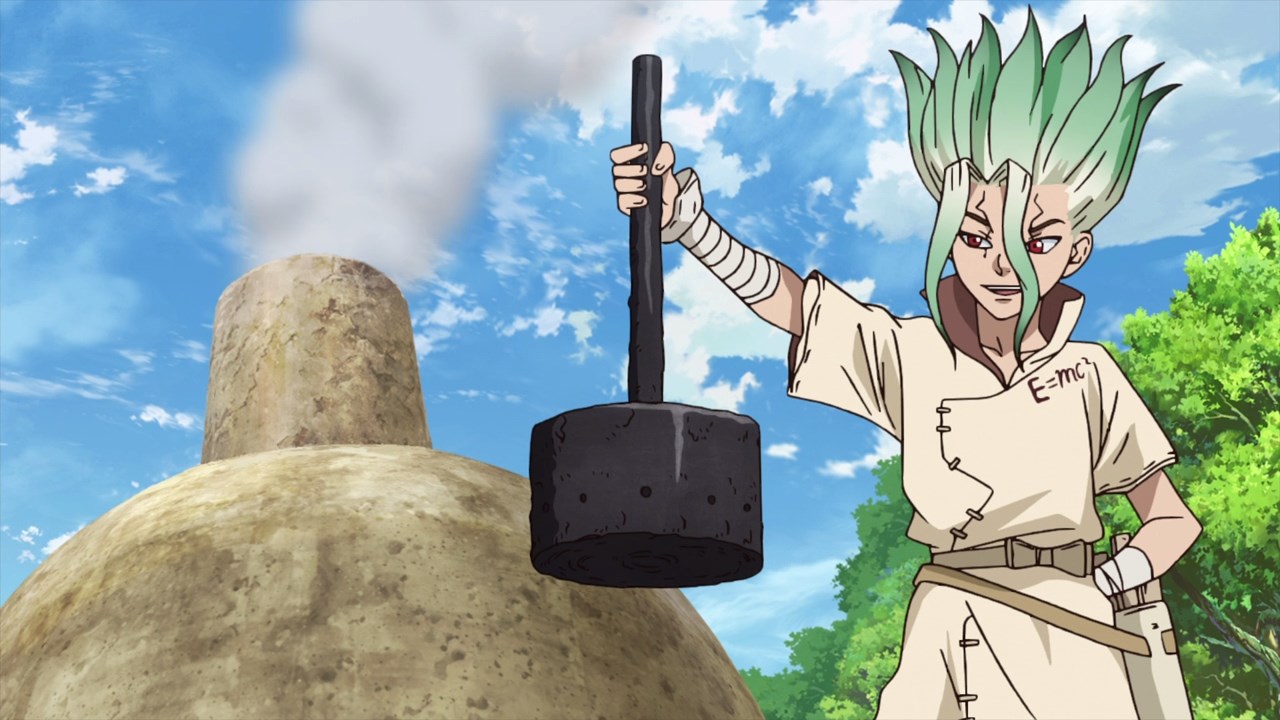 …which is to create this device that makes cotton candy. Wait, I thought Senku Ishigami is gonna create a cellphone?

Oh wait, it seems that Senku needs to take steps first like creating a reliable communication infrastructure in the stone world. Oh yeah, and he’s aware that Homura is watching him so Senku needs to diversion. 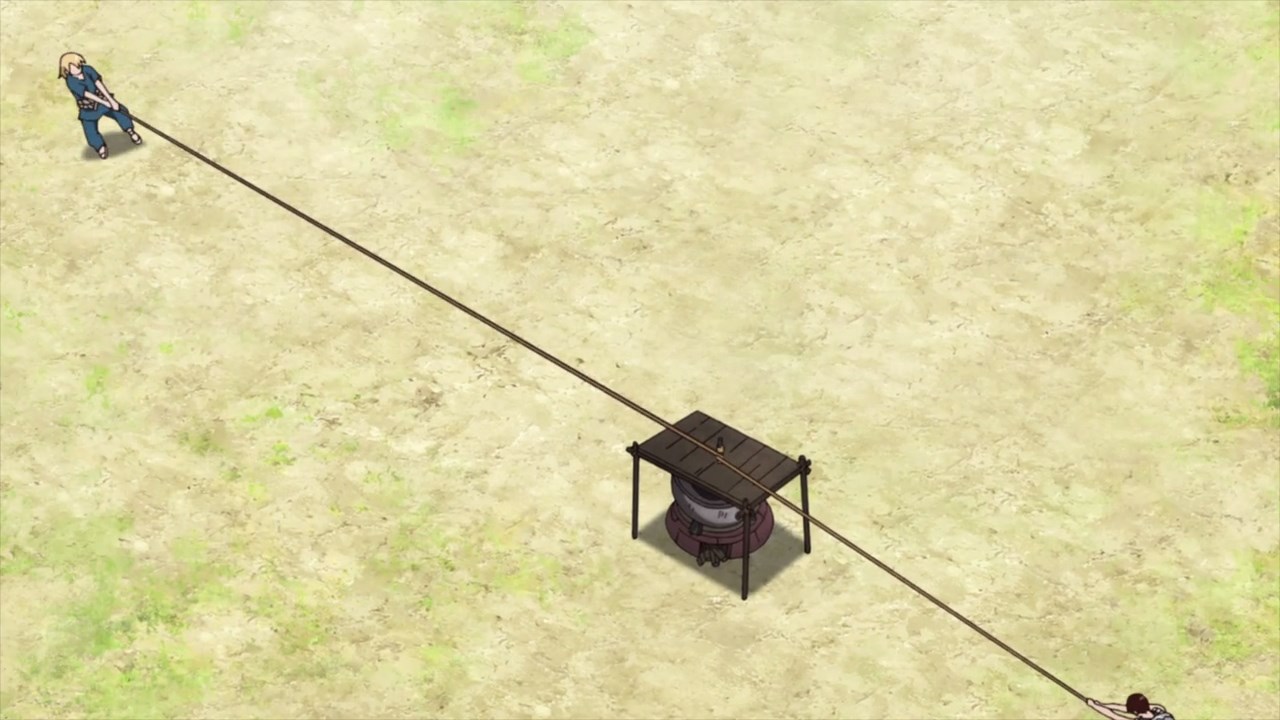 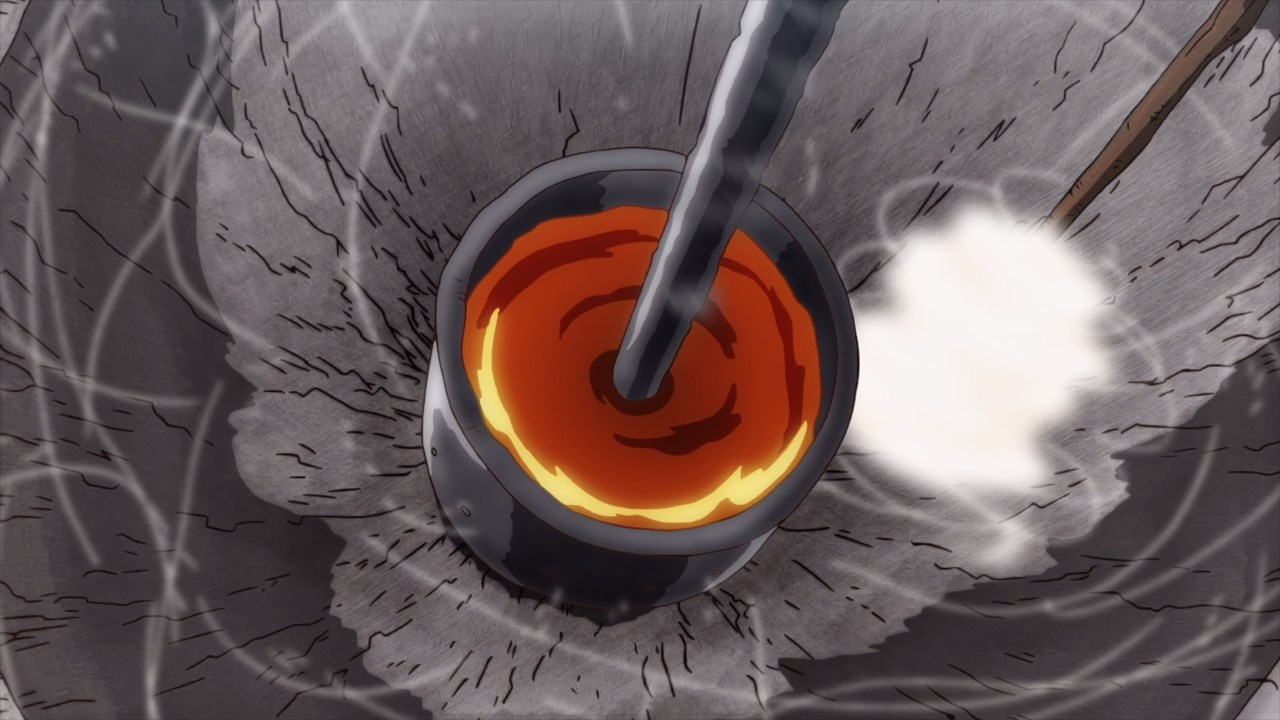 In any case, it’s time for Senku to bring some cotton candy to the stone world as he put sugar crystals to the bowl, heat them up, and have Kinro and Ginro spin the bowl until it produces these strands in which Senku can scoop them up to make cotton candy. 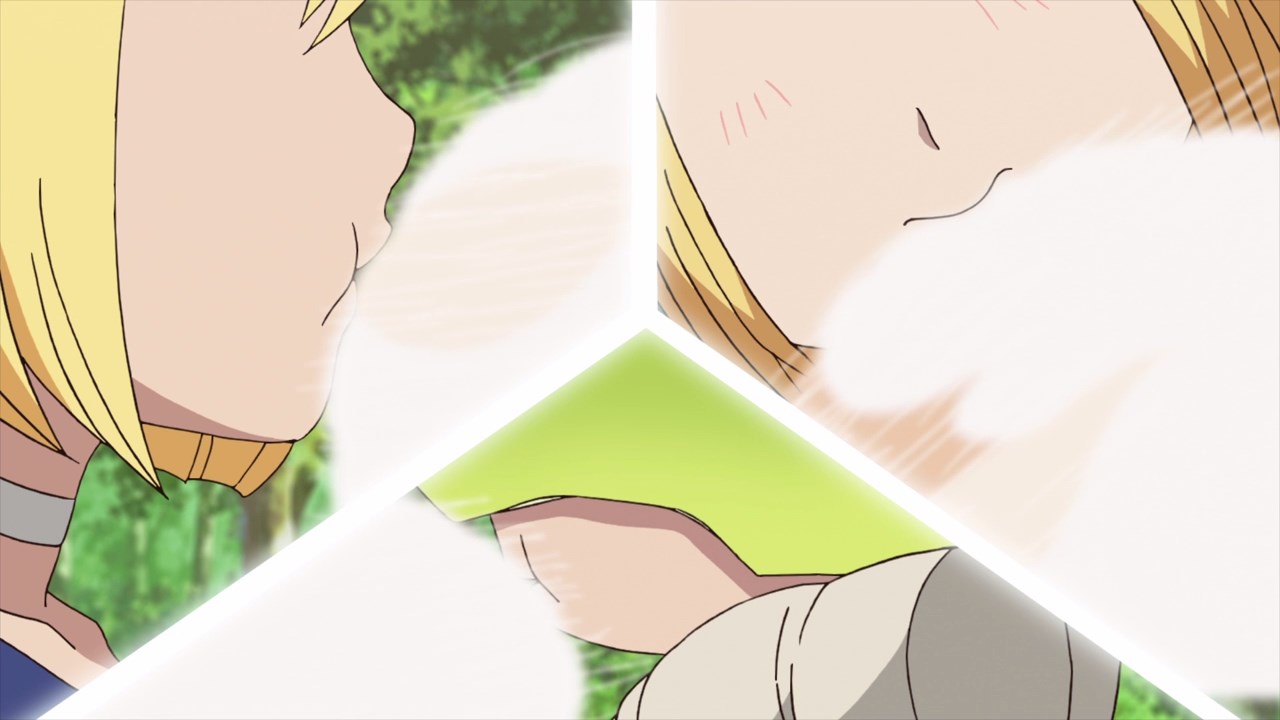 But what’s the taste though as the villagers haven’t seen cotton candy until now? 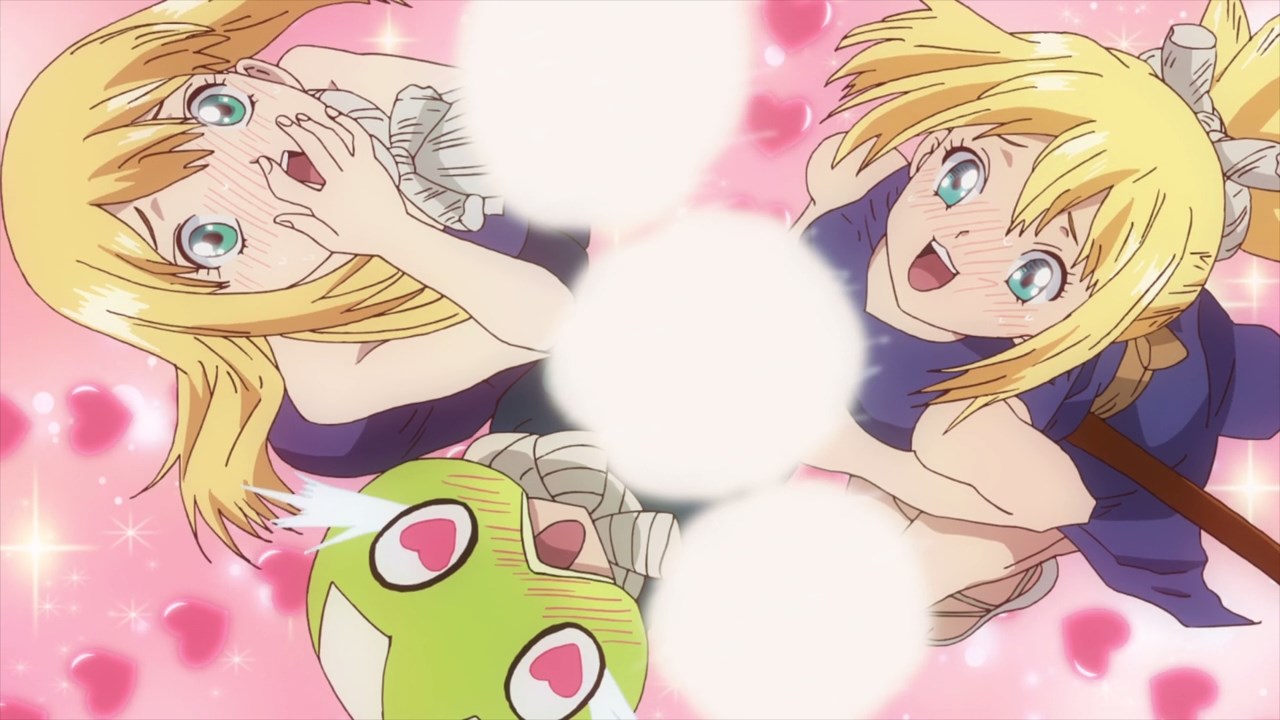 Well, the likes of Kohaku, Suika, and Ruri loves it! I have to say that they’re delighted on eating cotton candy, just hoping that they won’t eat too much. 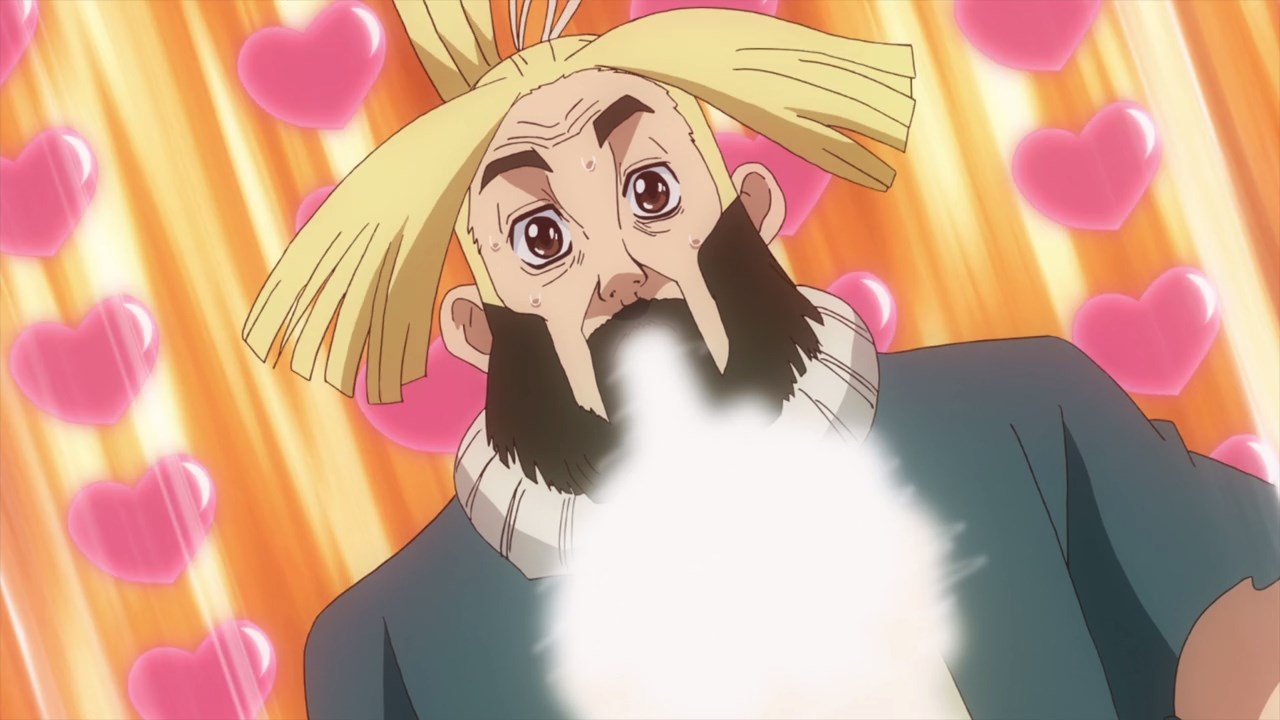 Heck, even the former village chief Kokuyou is digging into cotton candy. But why would Senku create a machine to make this sweet treat?

Well, this cotton candy machine can also make strands of wire from either copper or gold. Of course, Senku can’t show that to Homura. 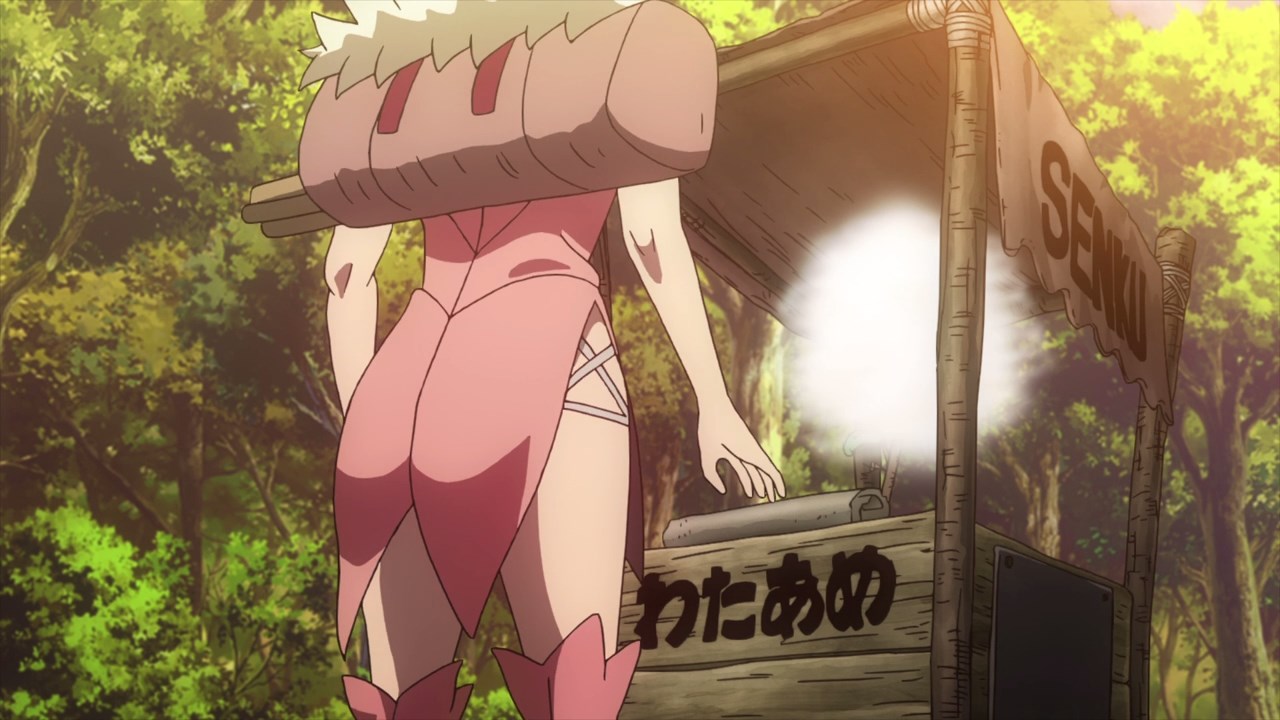 So, he bribe Hyoga’s trusted ally with a stick of cotton candy. Don’t worry Homura, it’s not laced with poison! 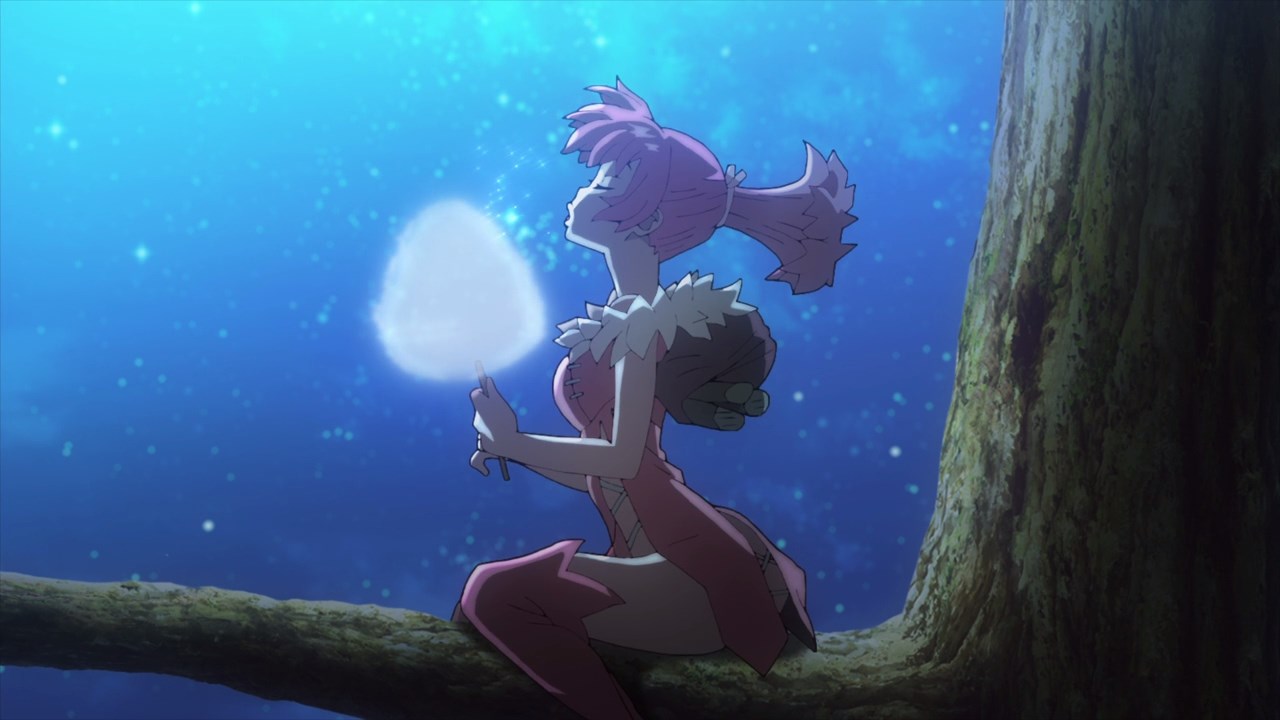 Anyways, looks like Homura loves eating cotton candy, which means that she might potentially join to Senku’s side in the future. But for now, Senku will need to fix his cotton candy machine first. 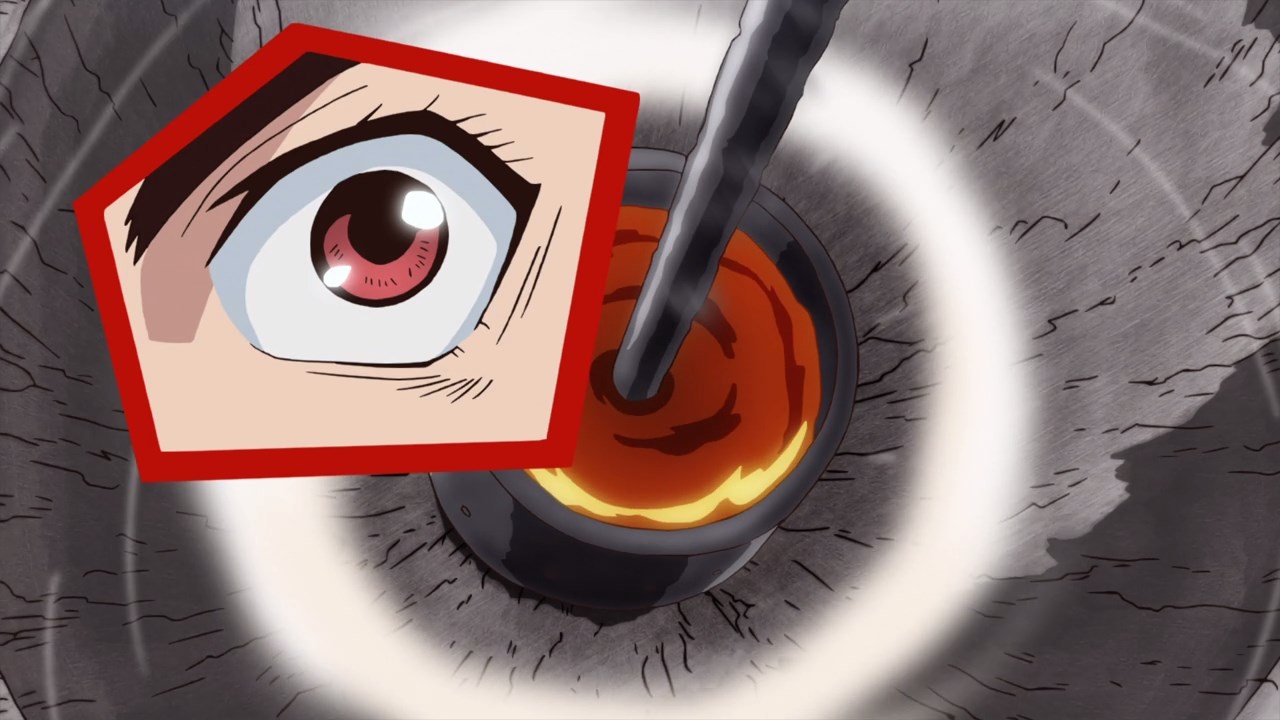 You see, even though they can make cotton candy, it’s not viable when it comes to making copper or gold wires as Chrome pointed out that clumps are being formed. 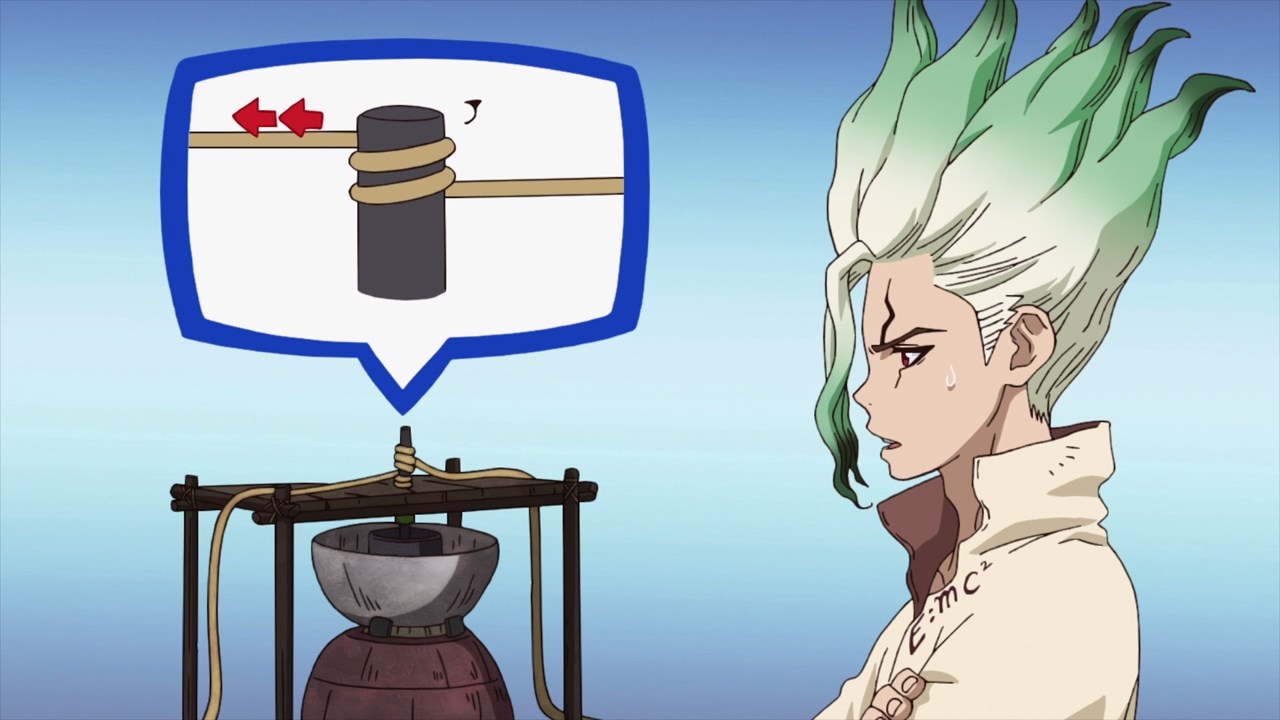 Turns out that when Kinro and Ginro pull the rope in opposite direction which spins the bowl, the abrupt stop and the change of speed is causing it to form clumps.

So while you may pass it up for cotton candy, it won’t work for wires because it needs to be created in a consistent manner. 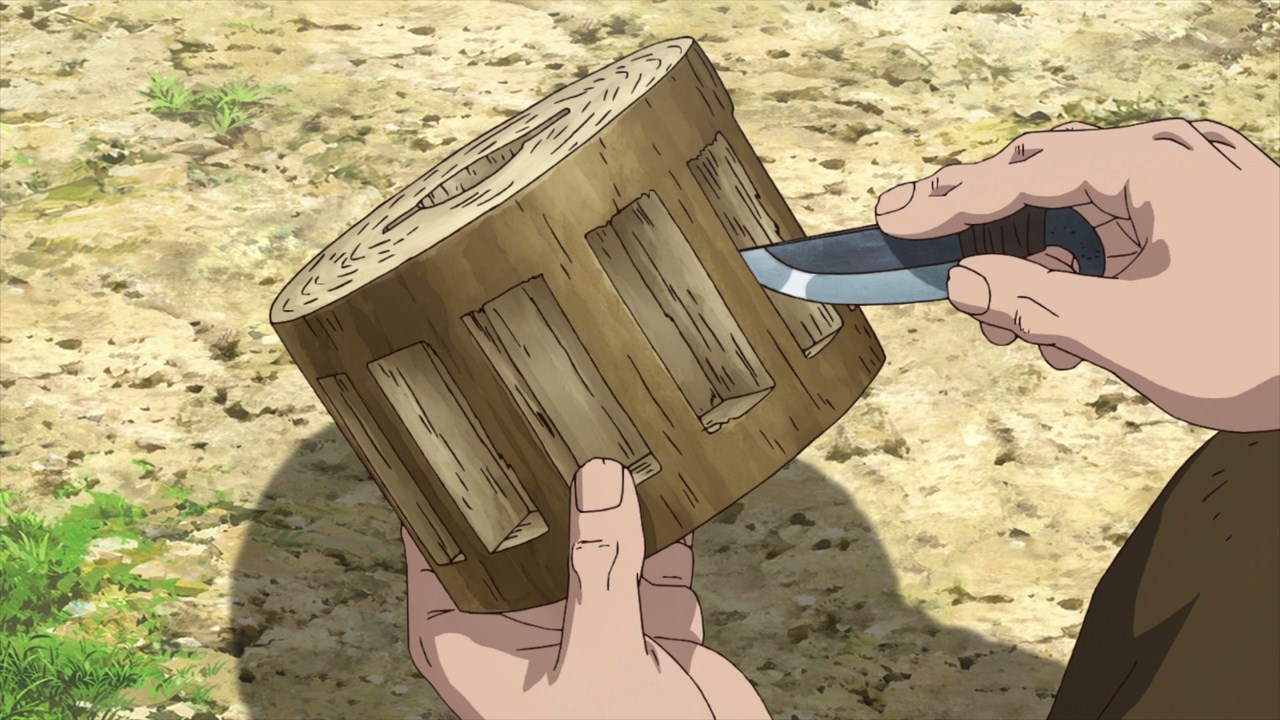 So, Senku told Kaseki to create a gear which would aid on operating the cotton candy machine with little effort. Of course, one gear isn’t enough to spin the bowl. 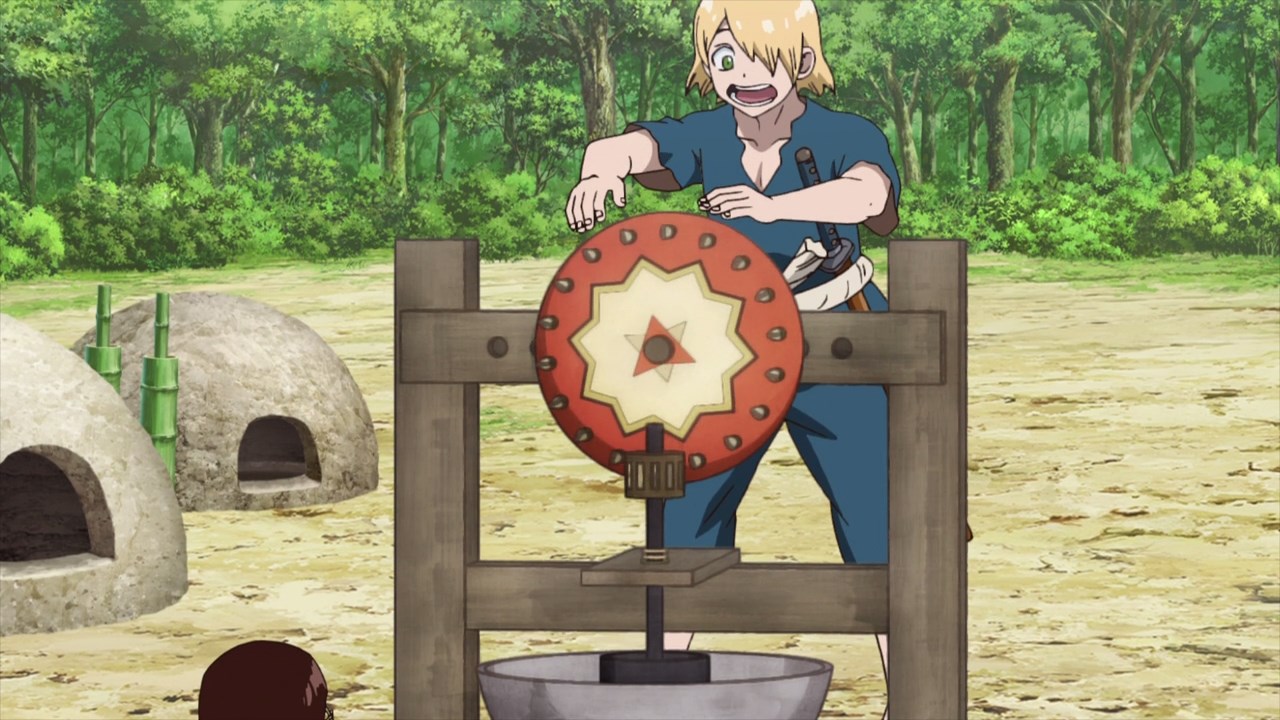 Thus, Kohaku modify her shield into a second gear. And I have to say that Ginro is pleased that he can spin the bowl without exerting too much force. I mean, he doesn’t like getting his arms tired out. 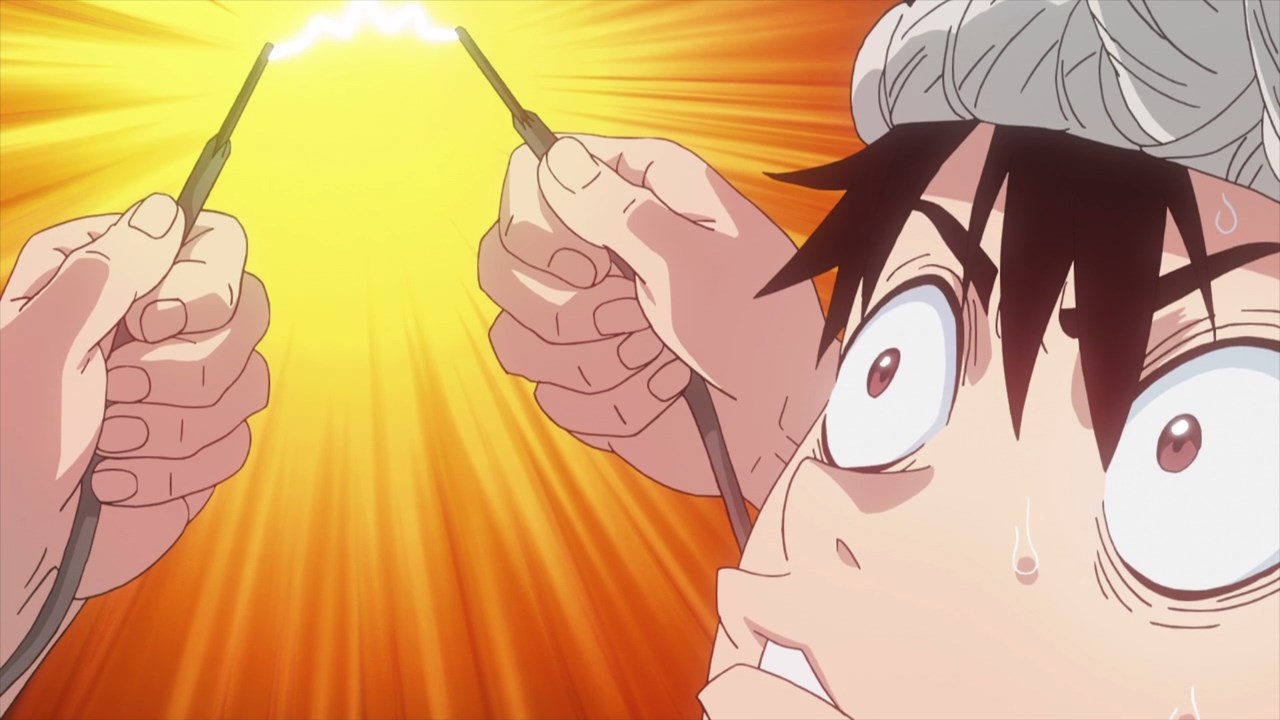 On the other hand, it appears that Chrome got an idea upon seeing the gears. I have to say that he got a literal spark of imagination. 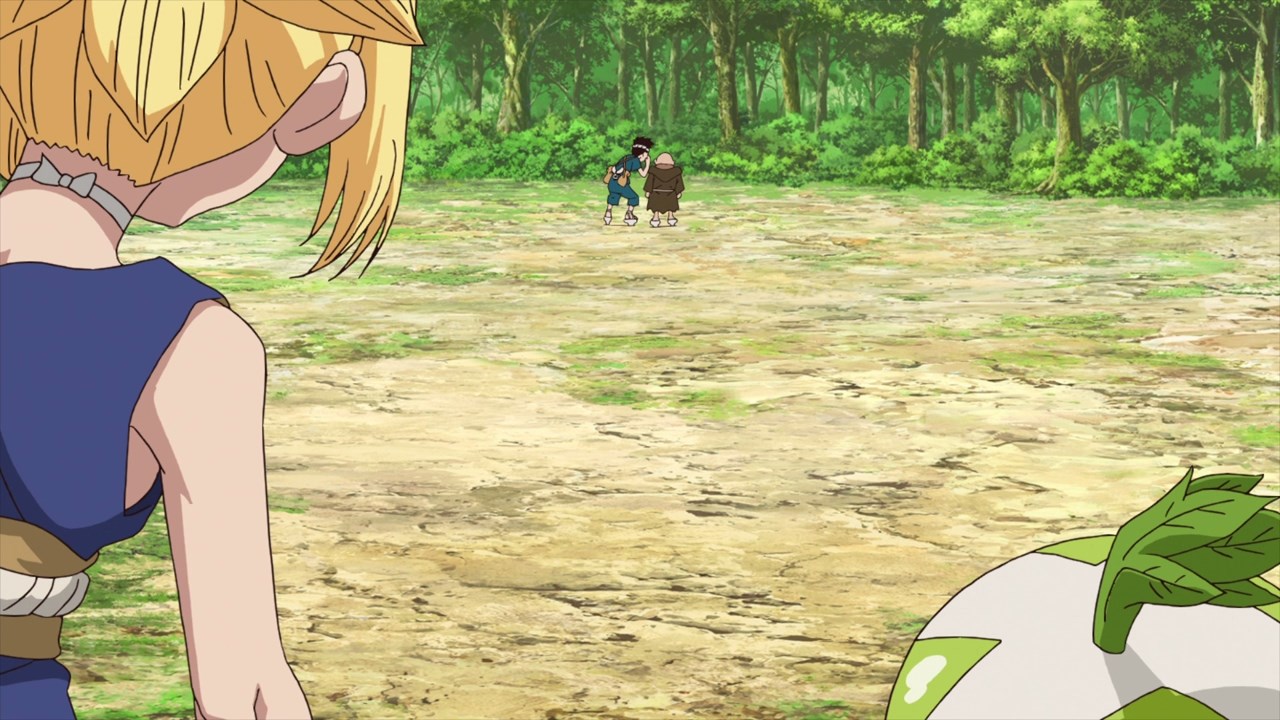 So, Chrome asked Kaseki for help as he told the old artisan about his ambitious project. 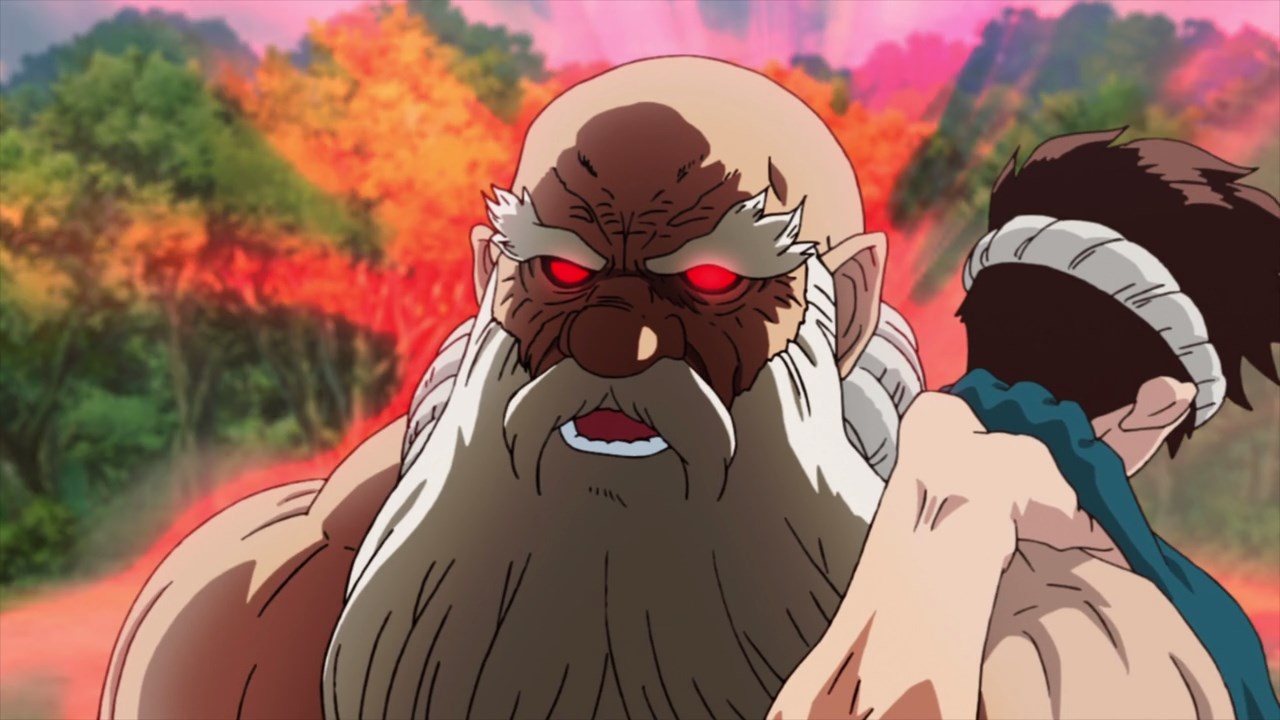 And when he understood Chrome’s plans, Kaseki got serious that he took Chrome to the woods and build something there. Let’s hope that Chrome and Kaseki would finish it. 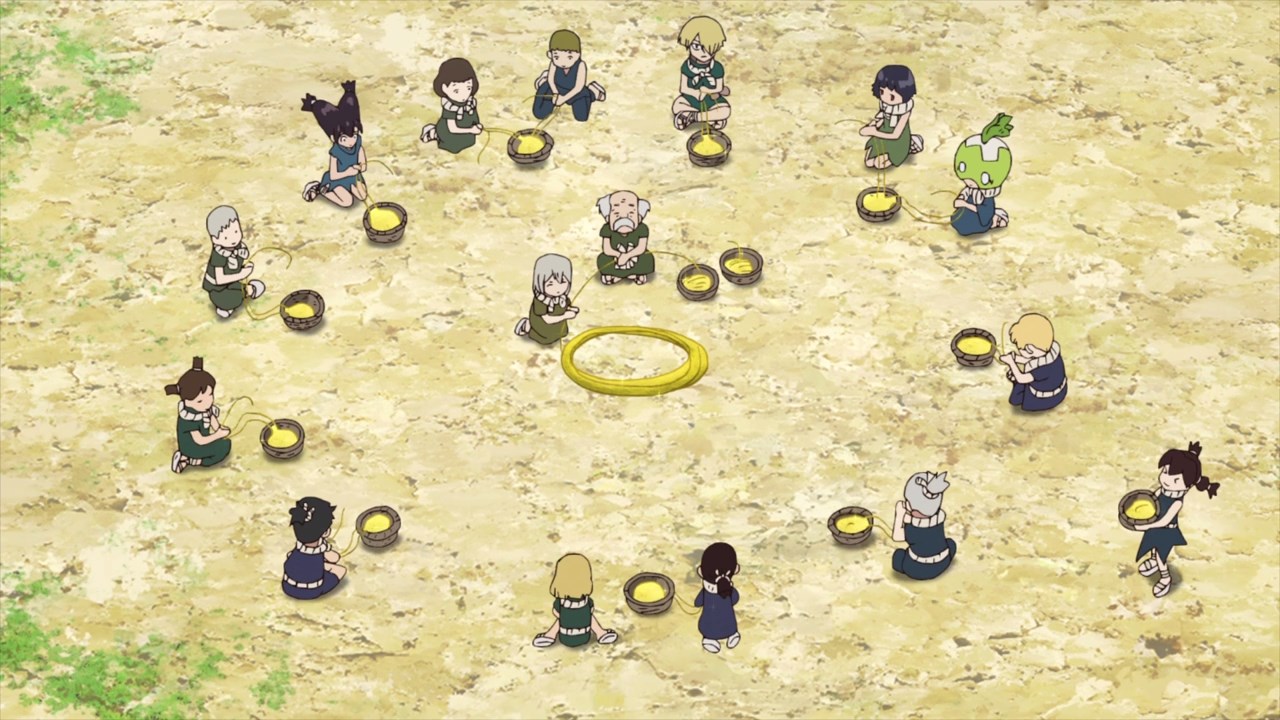 For now, Ishigami Village is in full-swing as the villagers are making wires made of gold. Um, would it be better if they make copper wires because it’s cheaper to make? 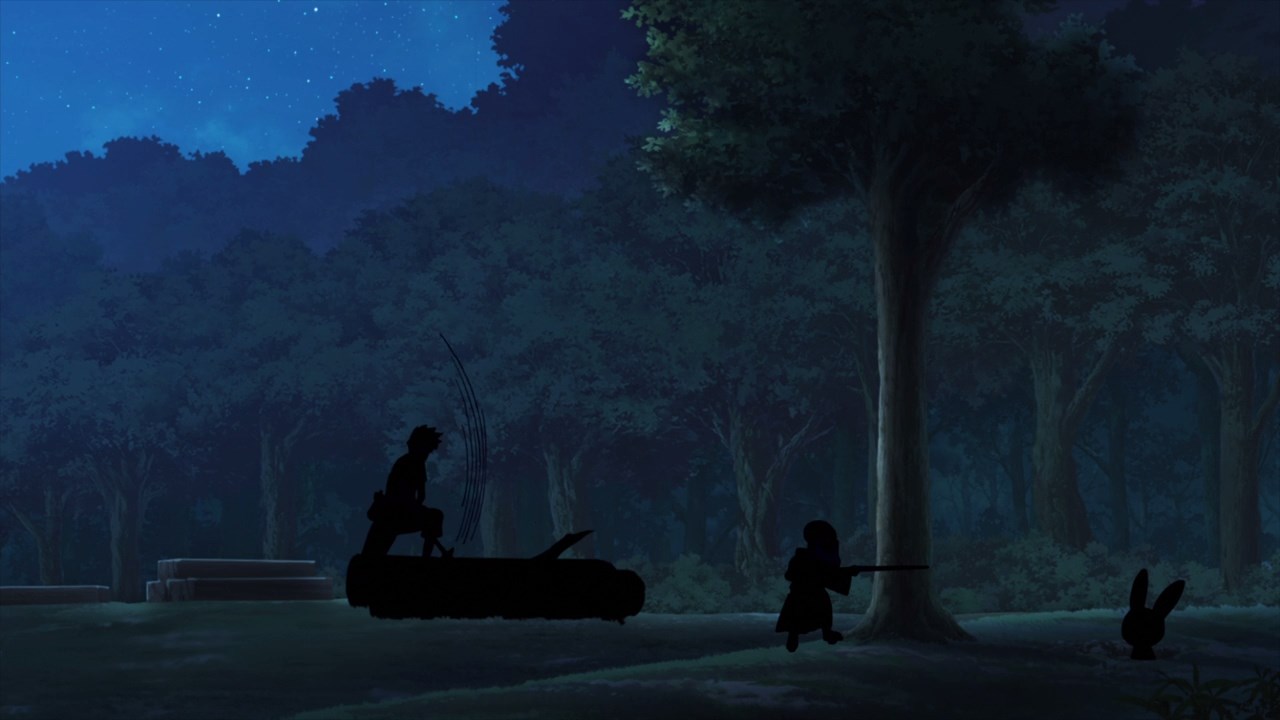 And while Senku and the rest are busy making gold wires ’cause it’s laborous work to wrap those strands, Chrome and Kaseki are busy chopping wood and constructing a machine that would be beneficial to Ishigami Village. 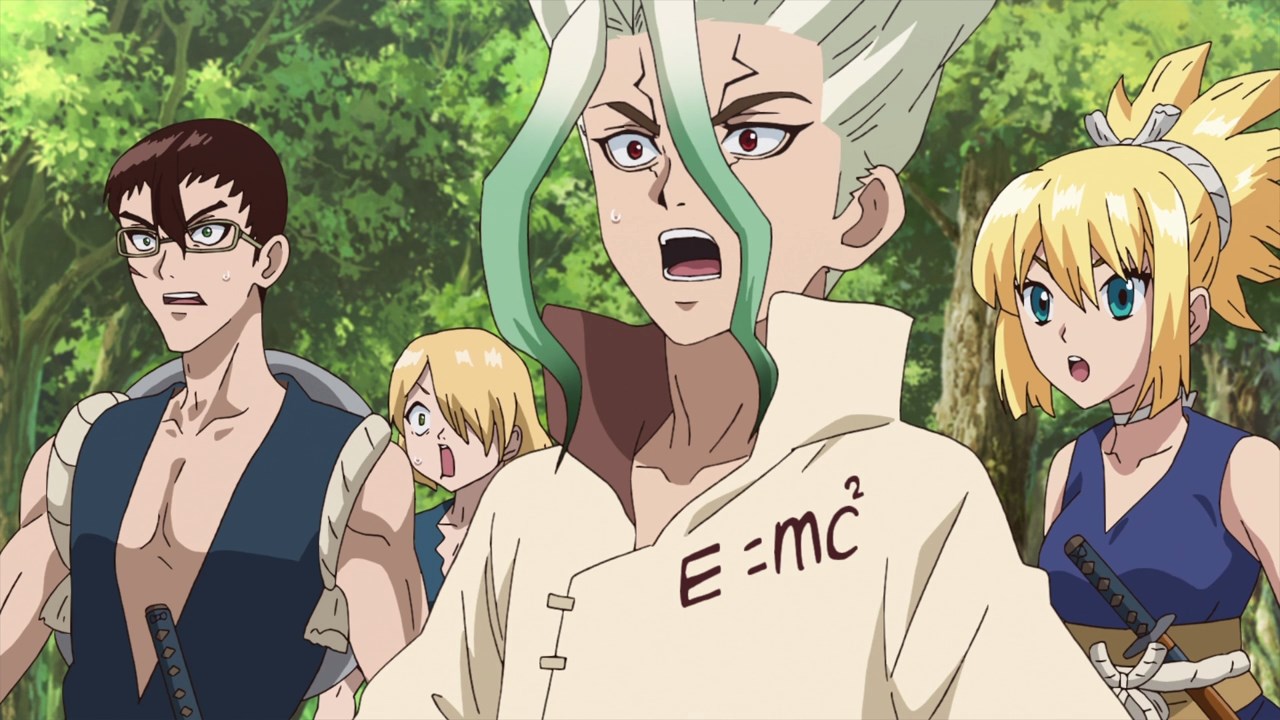 And after 3 days of non-stop labor, Senku and his allies are surprised to see Chrome and Kaseki’s latest work. 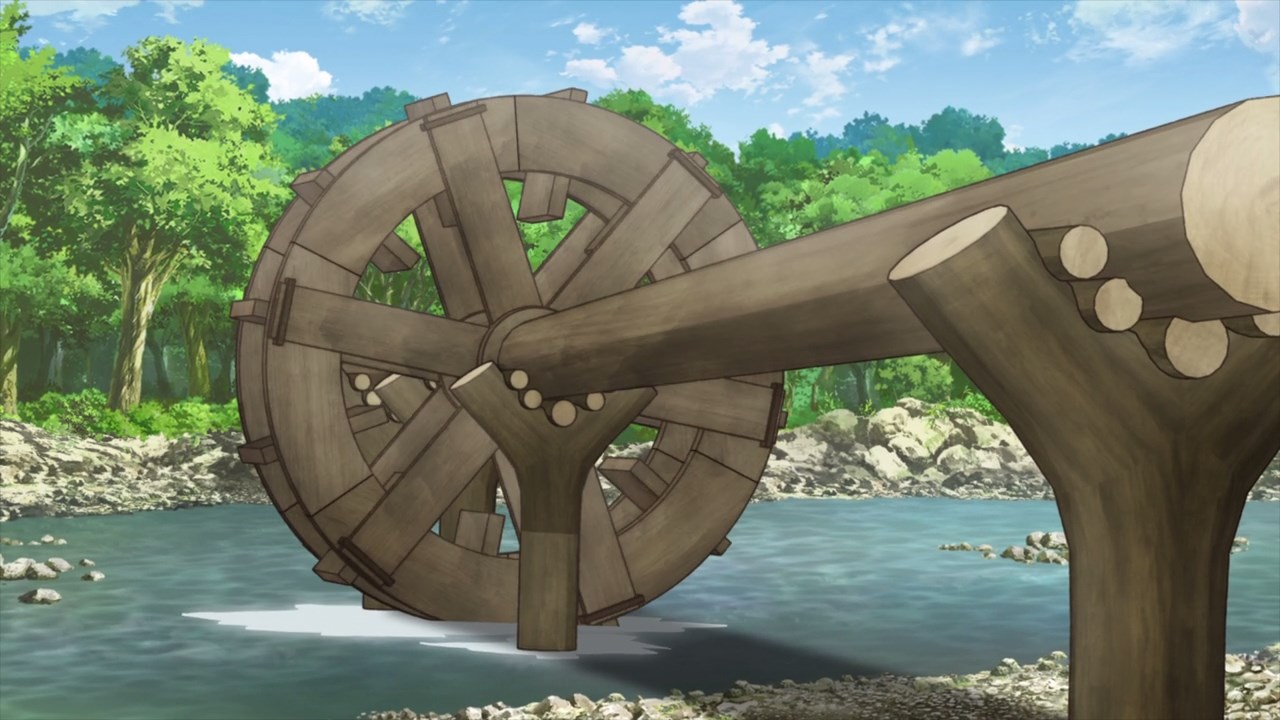 Turns out, they made a water wheel where it harness the flow of water from the river to create energy. Of course, I wonder how they made it in such a short time? 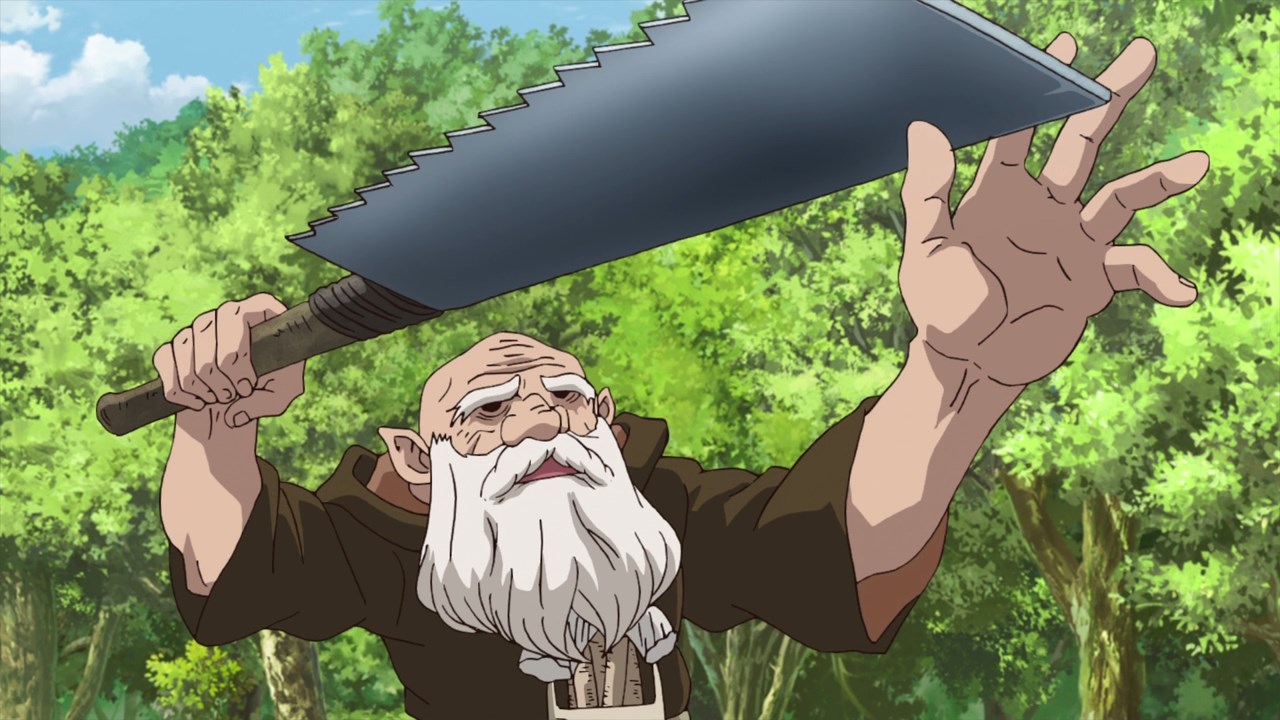 Well, Kaseki forged a hacksaw which it helps on cutting trees faster than chopping it with a stone axe.

Gotta say that Senku is impressed on creating a water wheel without knowing on what it looked like. And really, it takes a spark of imagination for Chrome to invent something to the stone world. 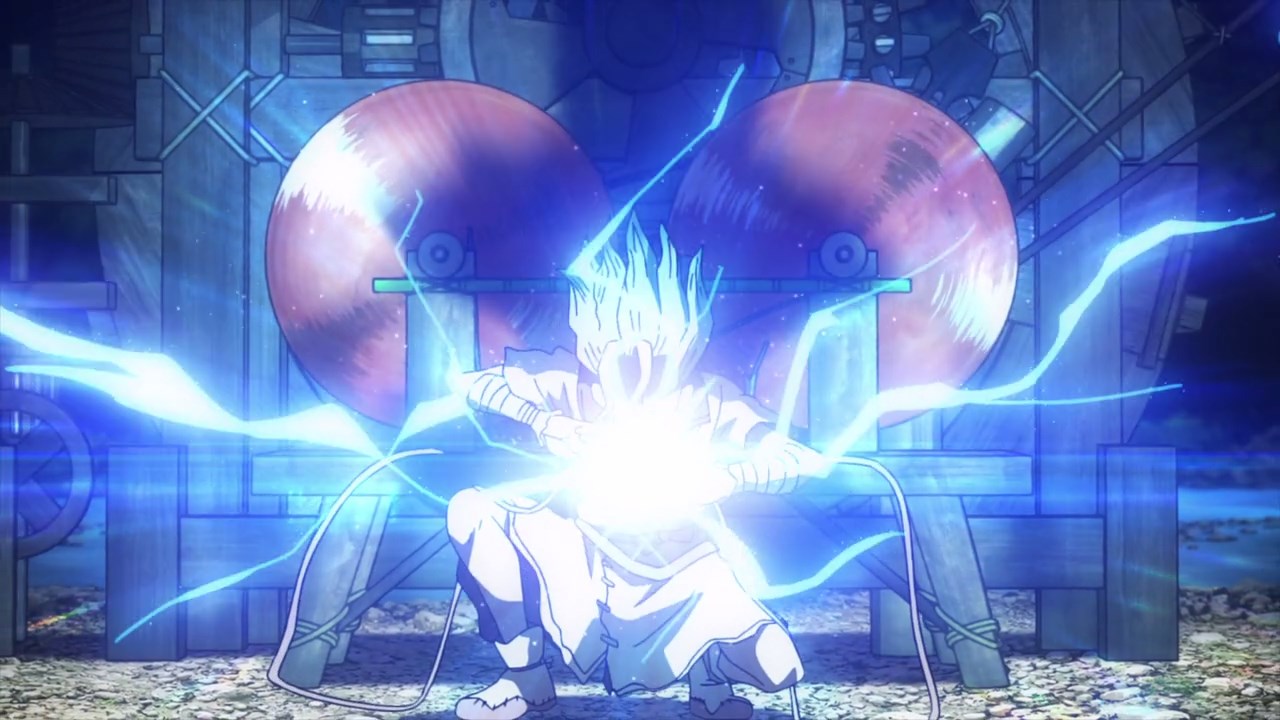 Now that Chrome and Kaseki created a water wheel, looks like it’s time for Senku to bring electricity to the entire village which would be essential for powering up light bulbs and communication equipment. On the other hand, I think Senku should make wind turbines and solar panels ’cause he needs to harness renewable energy.

Anyways, that’s about it for this episode and all I can say is that Senku and his allies are having an advantage here. But they can’t rest on their laurels because they need to act fast before Tsukasa Shishio finally builds a massive army to crush the entire Ishigami Village. In any case, I’ll see you next time!