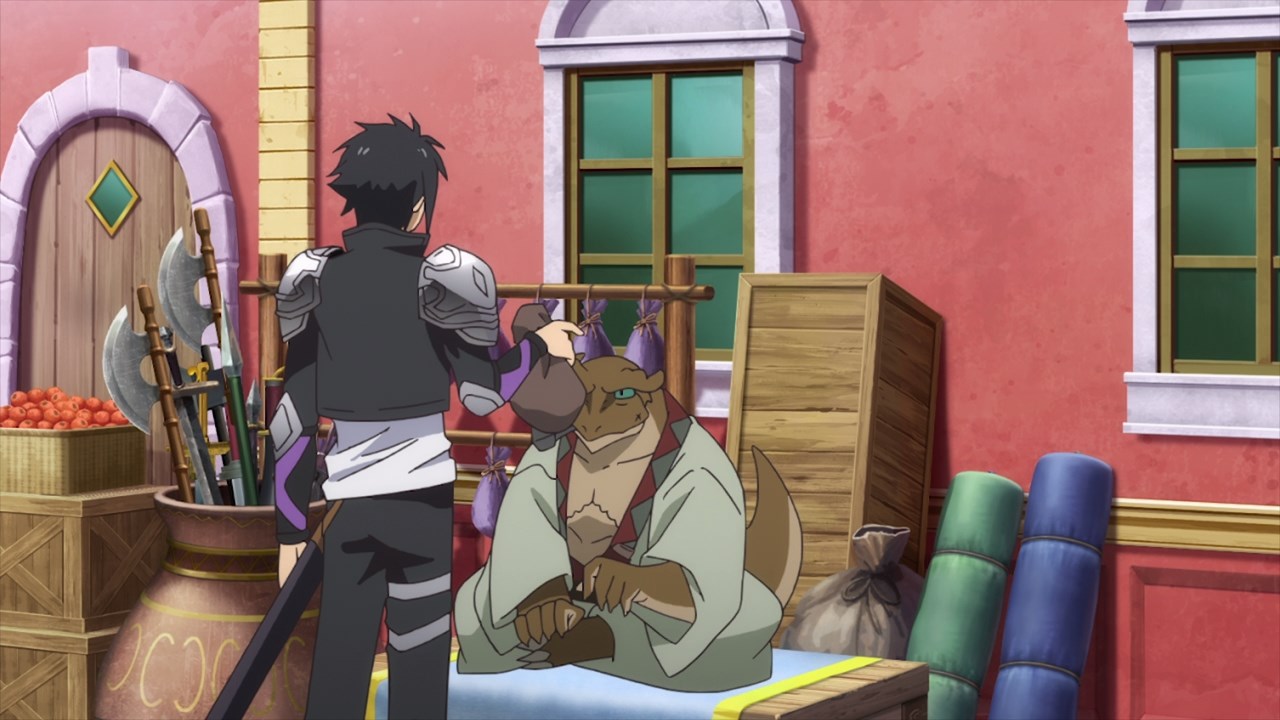 Hey everyone, let’s start this episode with Seiya Ryuuguuin buying a sack full of speed seeds, which would increase his agility for 10 minutes.

I don’t know if this would be useful or not, but let’s hope that Ryuuguuin won’t get fooled. Well, if those seeds decreasd his agility, Seiya will murder the merchant! 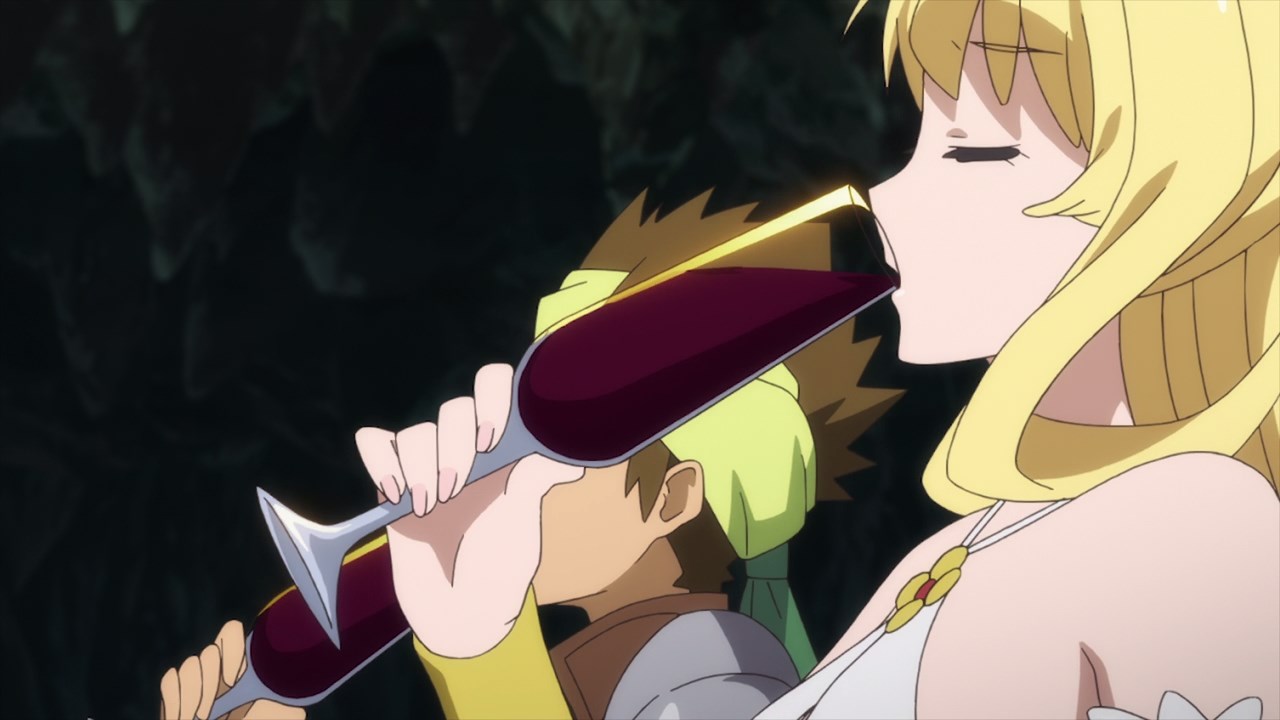 But anyways, it’s time for the banquet where Leviae will sacrifice Eruru’s life in order to forge Igzasion, the most powerful sword that can defeat the Demon Lord!

With that said, everyone is having a party where Mash and Ristarte drink a glass of wine. 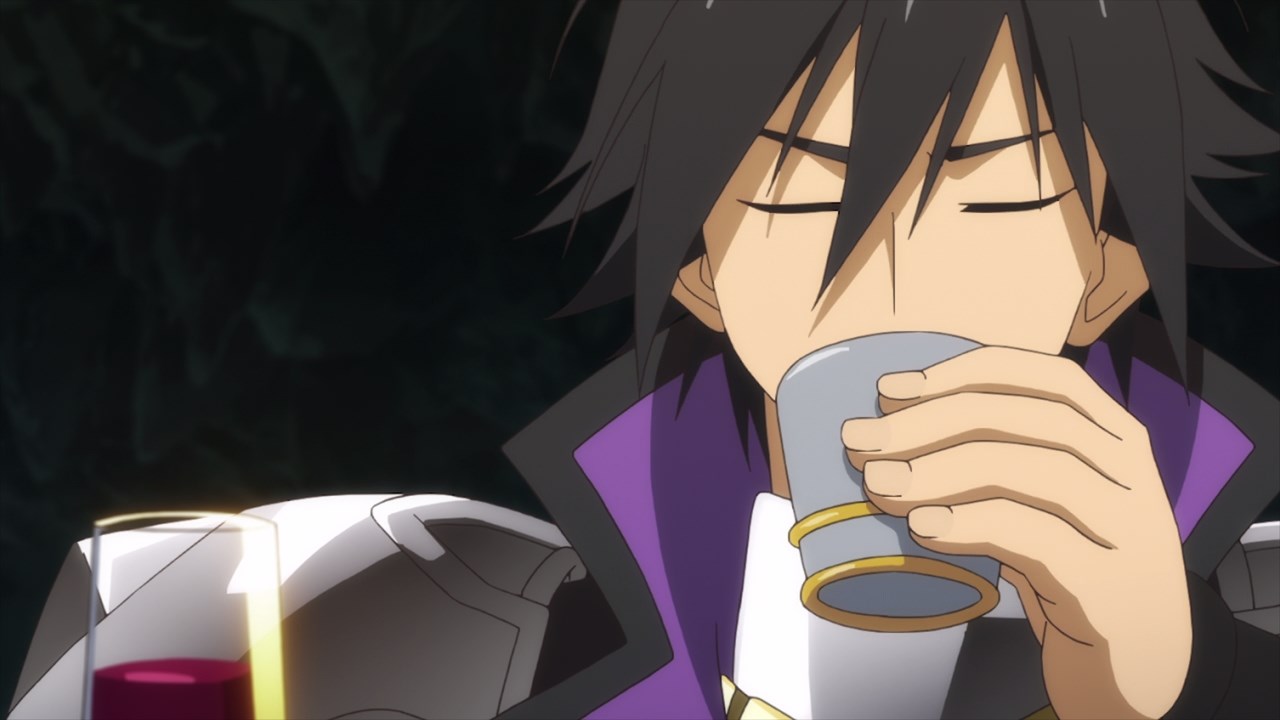 Well, except for Seiya Ryuuguuin in which he drinks water instead. In fact, he’s suspicious that Leviae’s meal is poisonous so Seiya didn’t dig in! 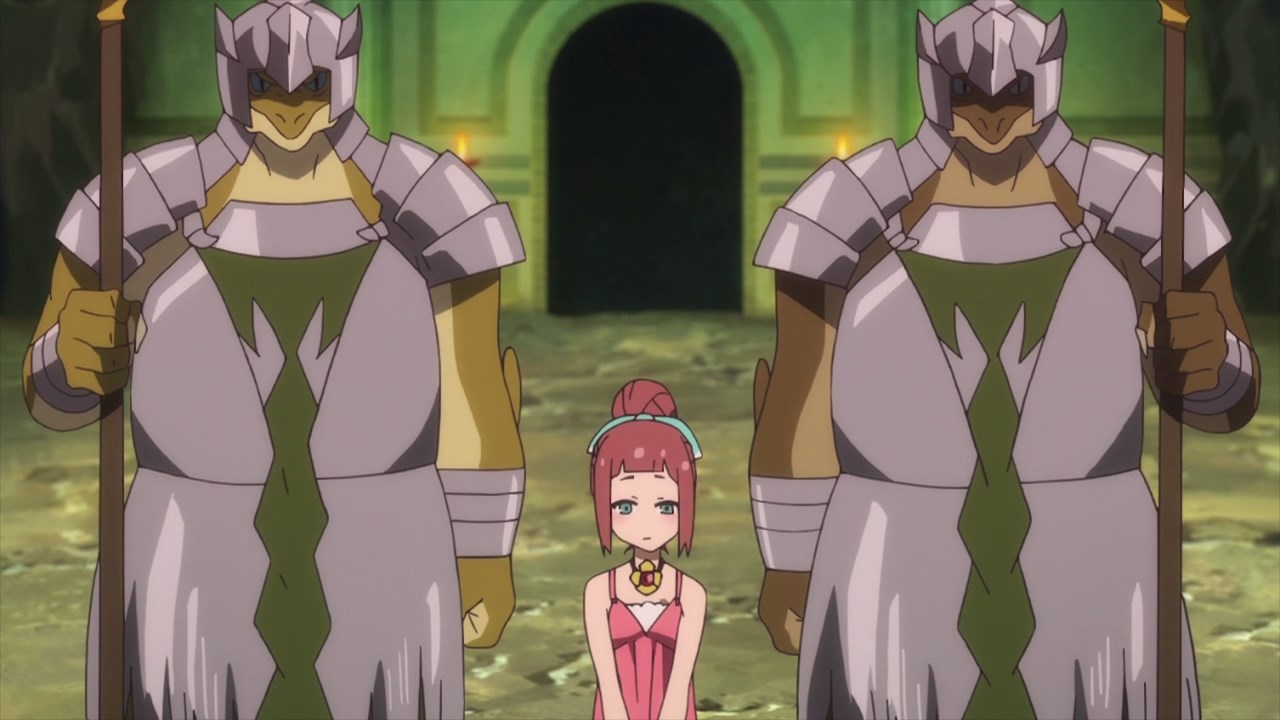 And now, it’s time for the main event as the dragonnewts are about to sacrifice a young dragonkin to become a sword. 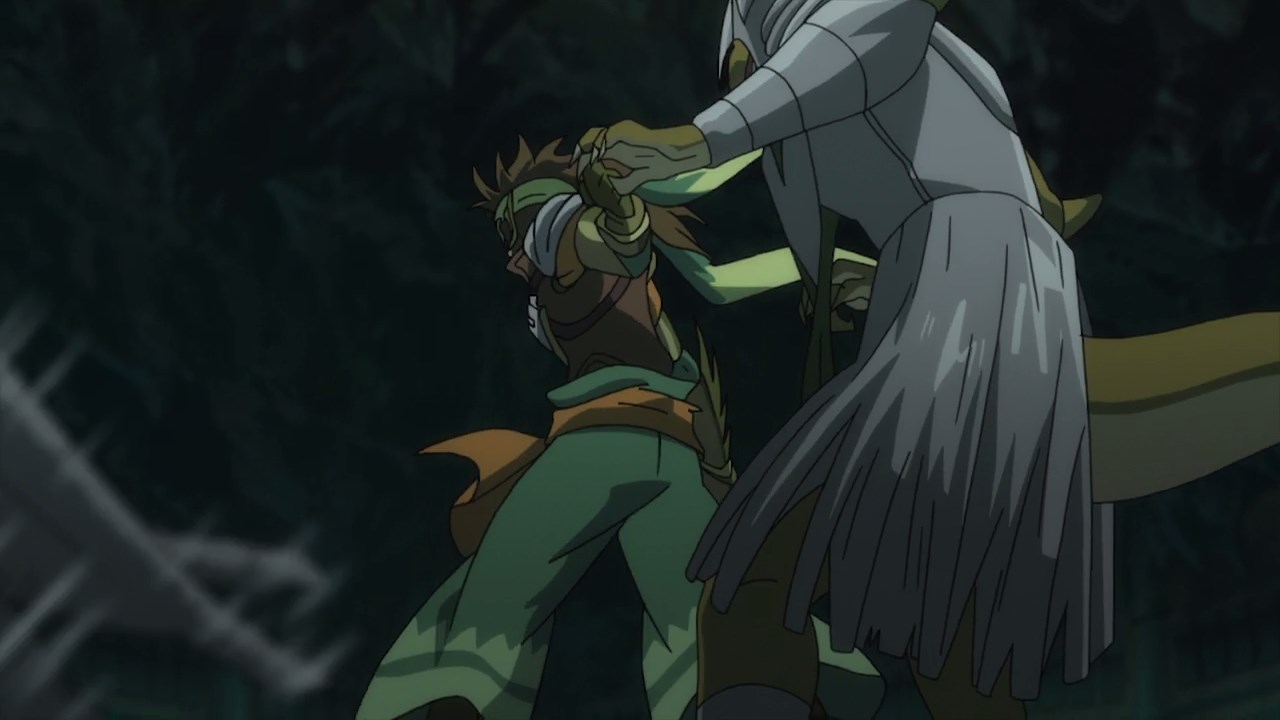 On second thought, Mash has decided to rescue Eruru because he doesn’t want to lose a companion, despite Eruru having no talent for fire magic. 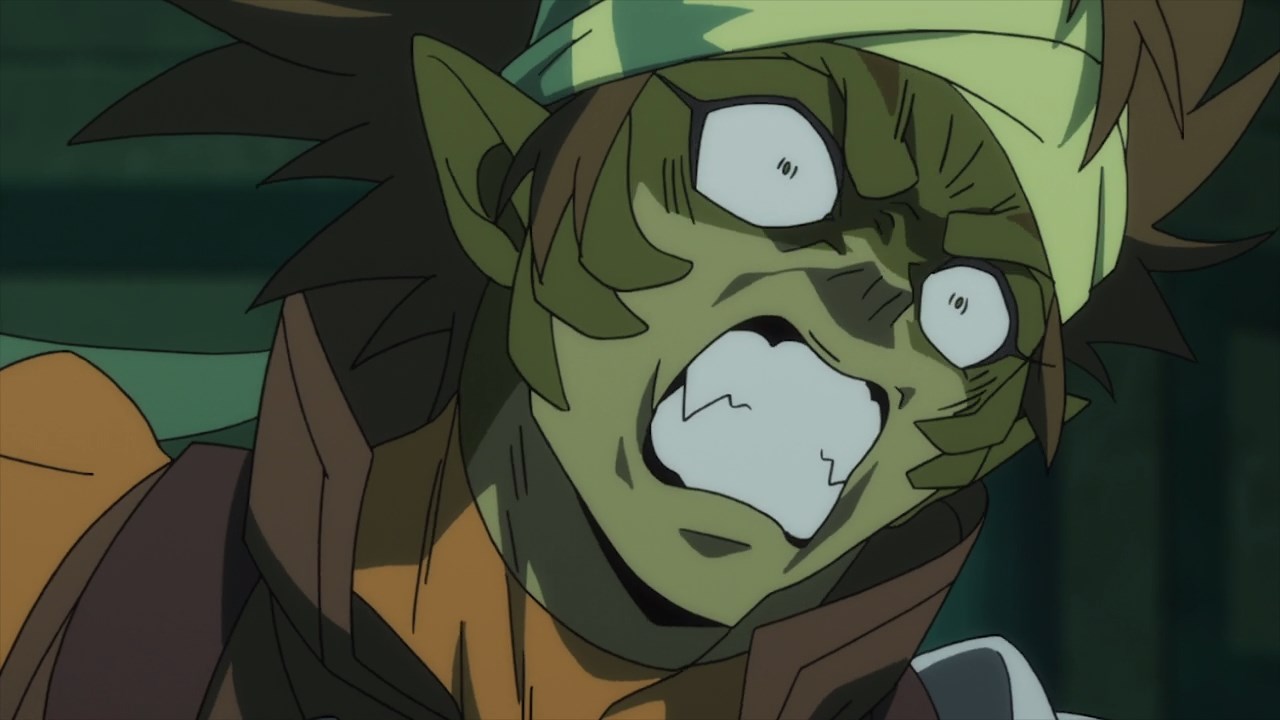 But, Mash has suddenly stopped as his body couldn’t move. 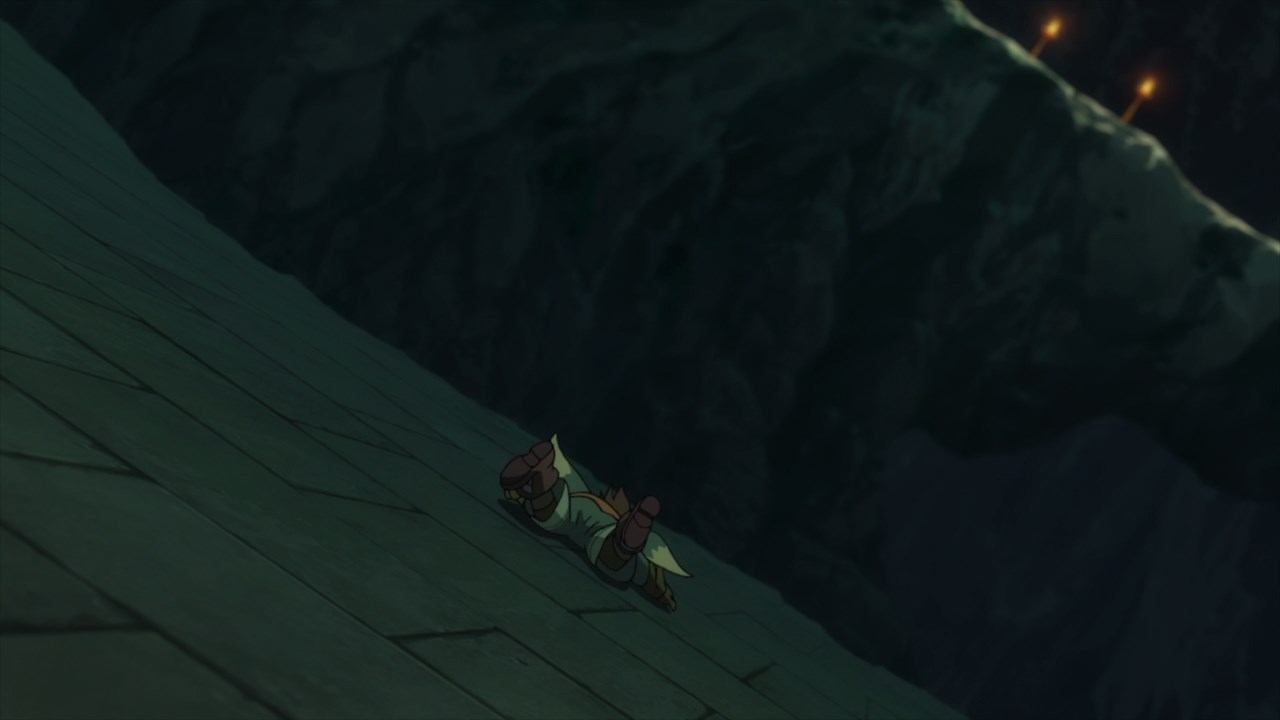 And the next thing that happened is Mash collaped. Turns out that Leviae is aware that they’re gonna save Eruru, so she put some laxatives in order to stop them.

But wait a minute, what about Seiya Ryuuguuin? Did he actually ate Leviae’s meal? 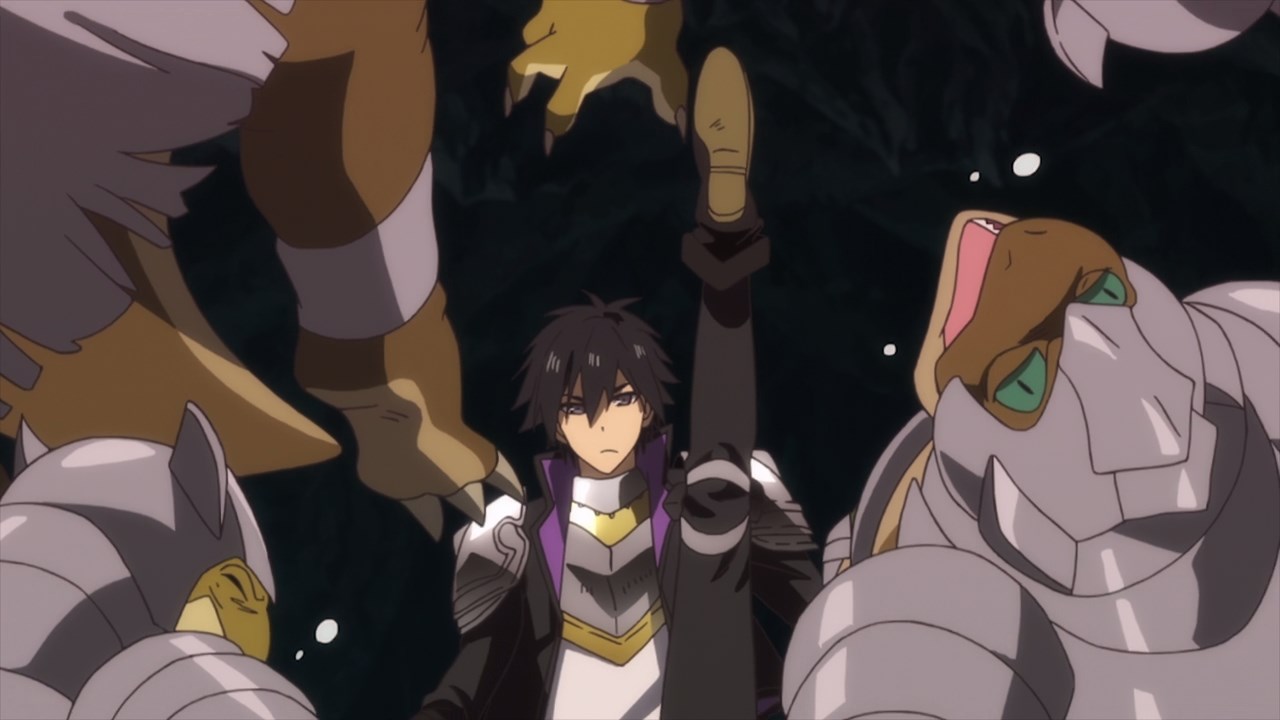 No, why would he do that! But anyways, looks like Seiya is now kicking ass as he would rather eat Ristarte’s meal over everything else. 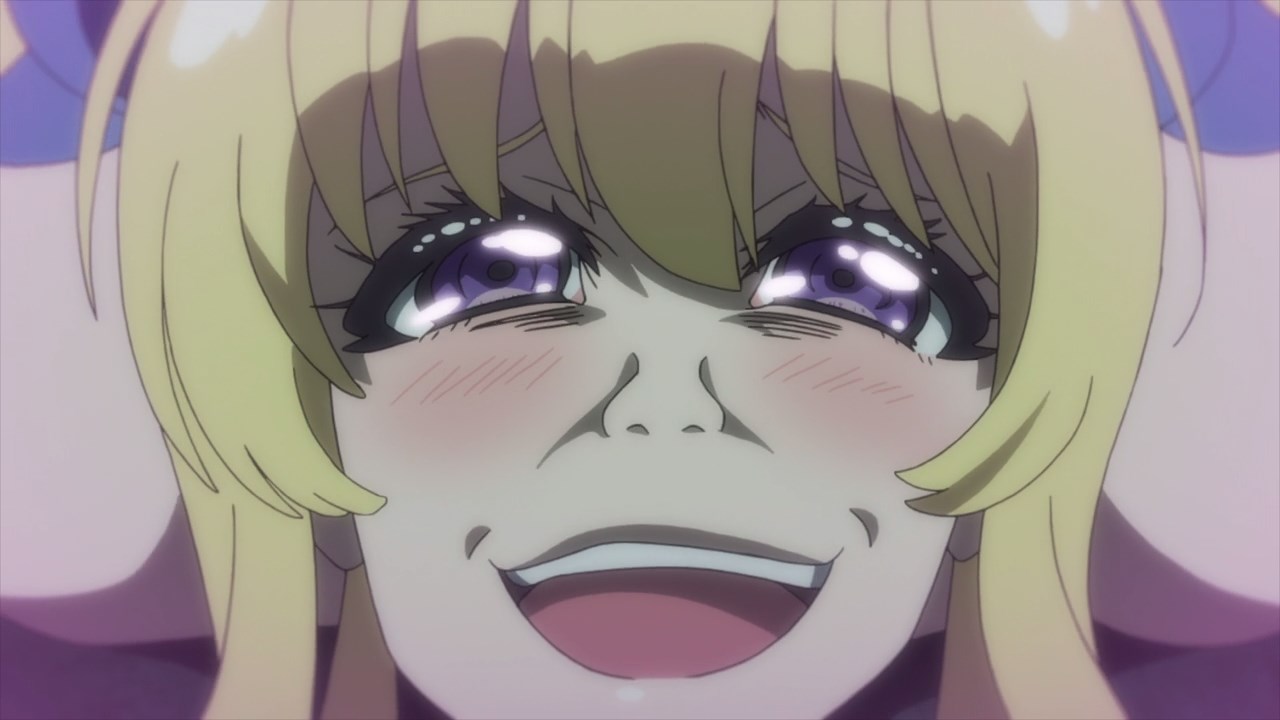 Speaking of Ristarte, isn’t me or she’s having an orgasm after hearing Seiya’s words? By the way, she actually ate Leviae’s laxative-laced meal which is why Ristarte fell down. 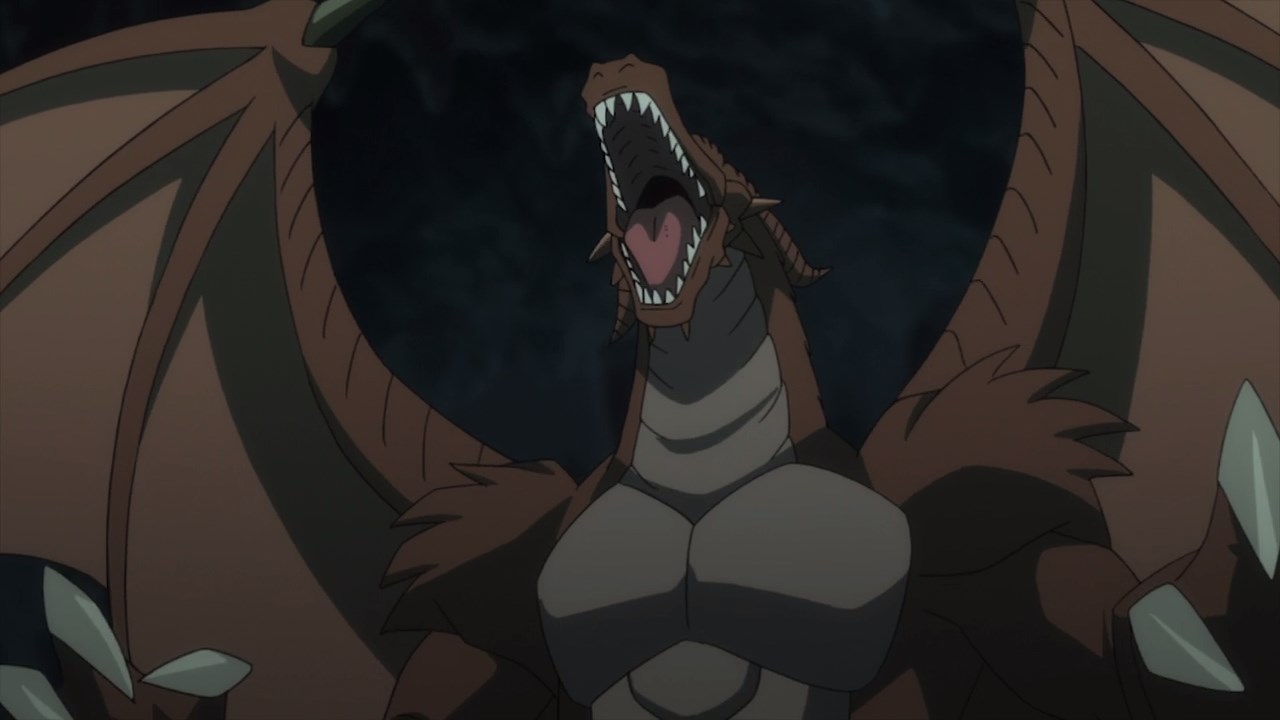 Now then, looks like Leviae has no other choice but to kill Seiya Ryuuguuin and continue the ceremony… by transforming into a dragon. 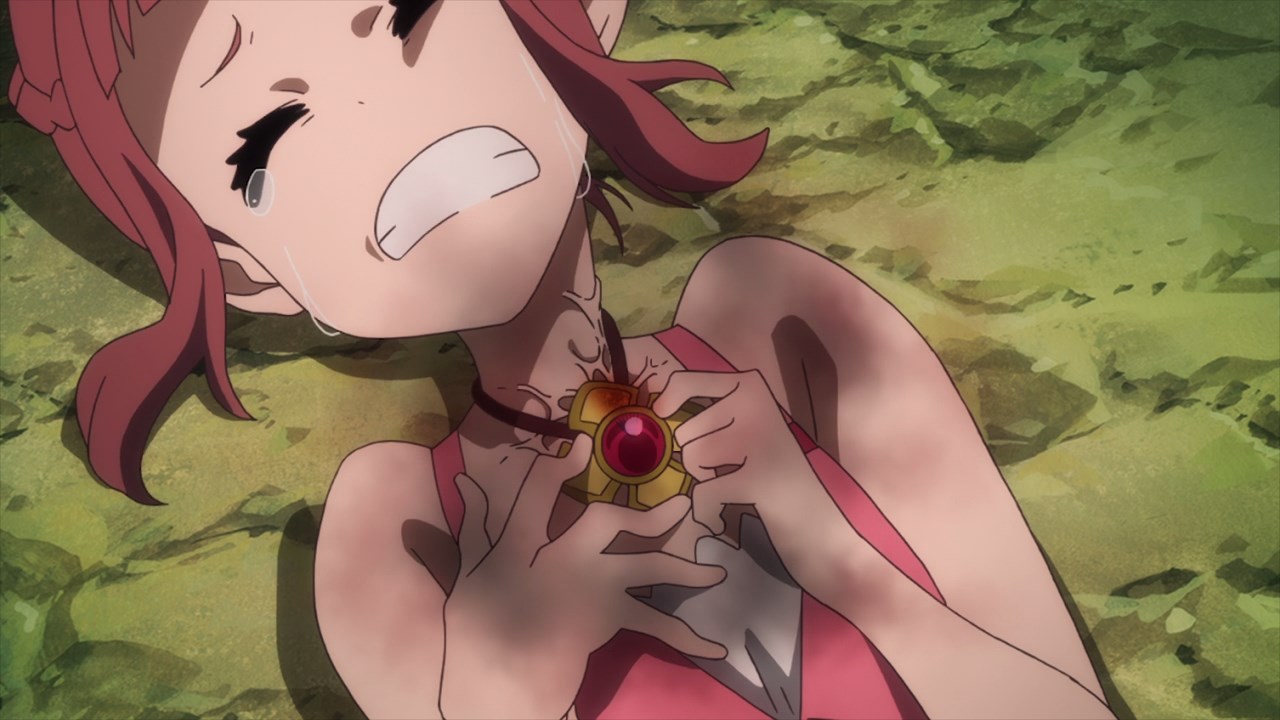 Oh and to make sure that the ceremony will go smoothly, Leviae casts a death spell where Eruru will perish within 3 minutes. 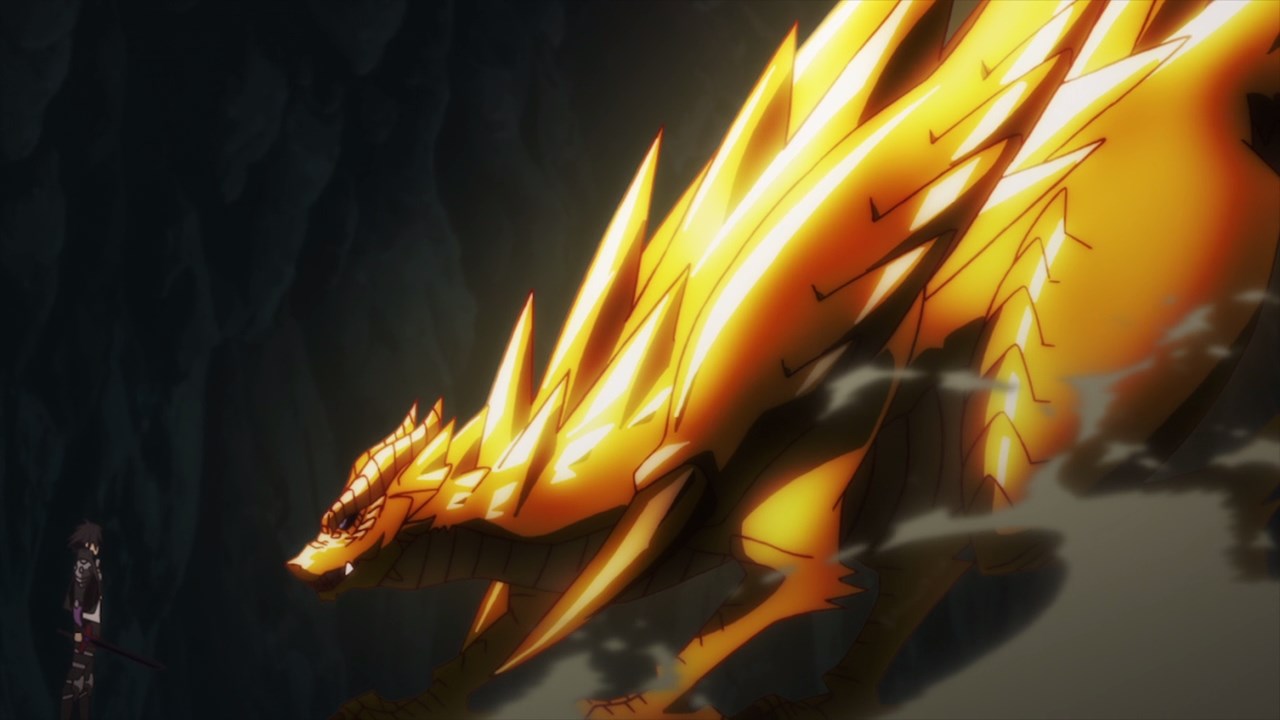 And if cursing Eruru wasn’t enough, Leviae covered herself with this golden-coated scale thanks to her Ultimate Wall spell so that she can hold Seiya until the timer runs out.

I have to give props for Leviae for taking extra measures in order for the ceremony to succeed without a hitch. But how will Seiya do it? 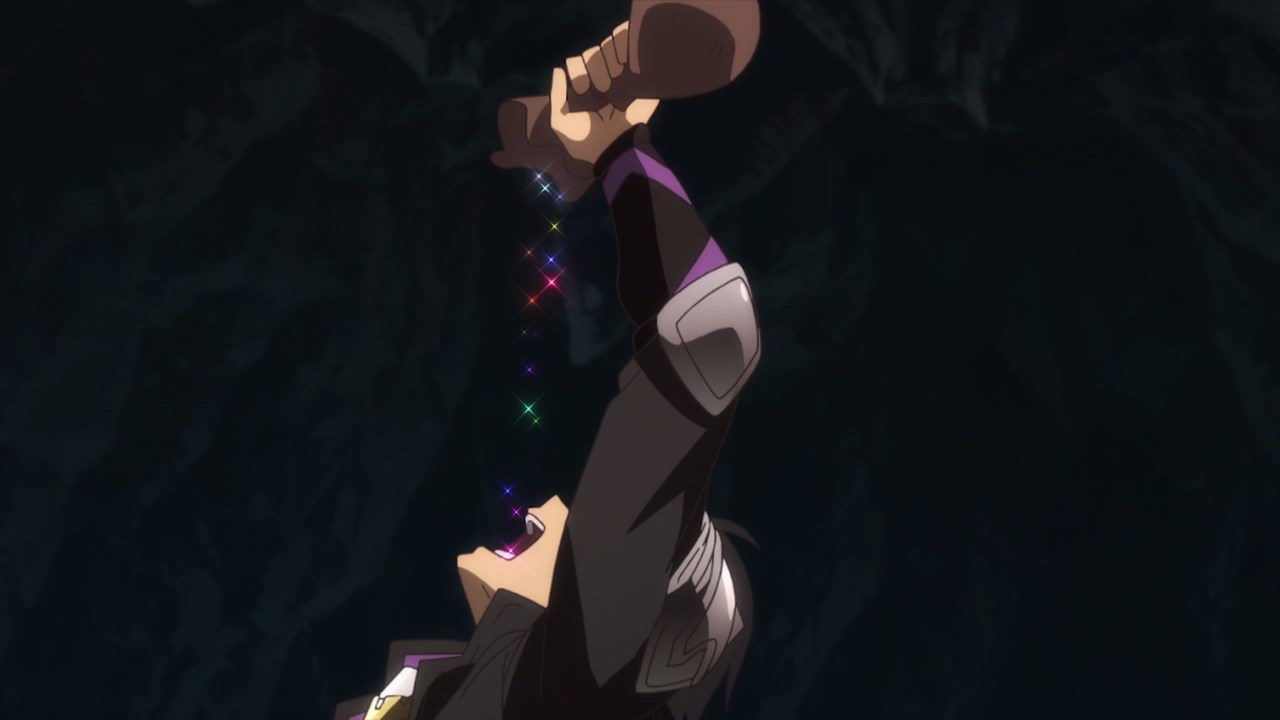 Well, remmeber the time he bought a sack of speed seeds? Looks like he’s gonna use it now! 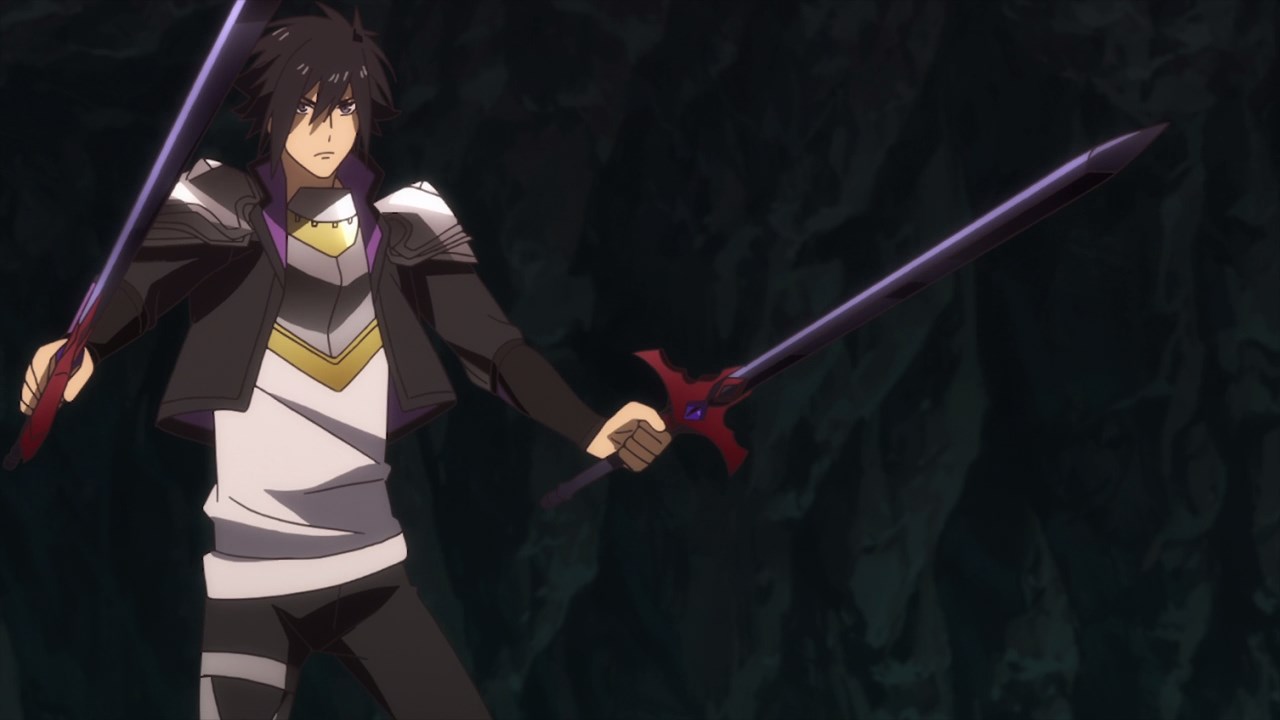 Oh, and Seiya is wielding not one but two Dragon Killer swords which he forged them using Eruru and Mash’s dragonkin blood, plus Ristarte’s goddess hair. 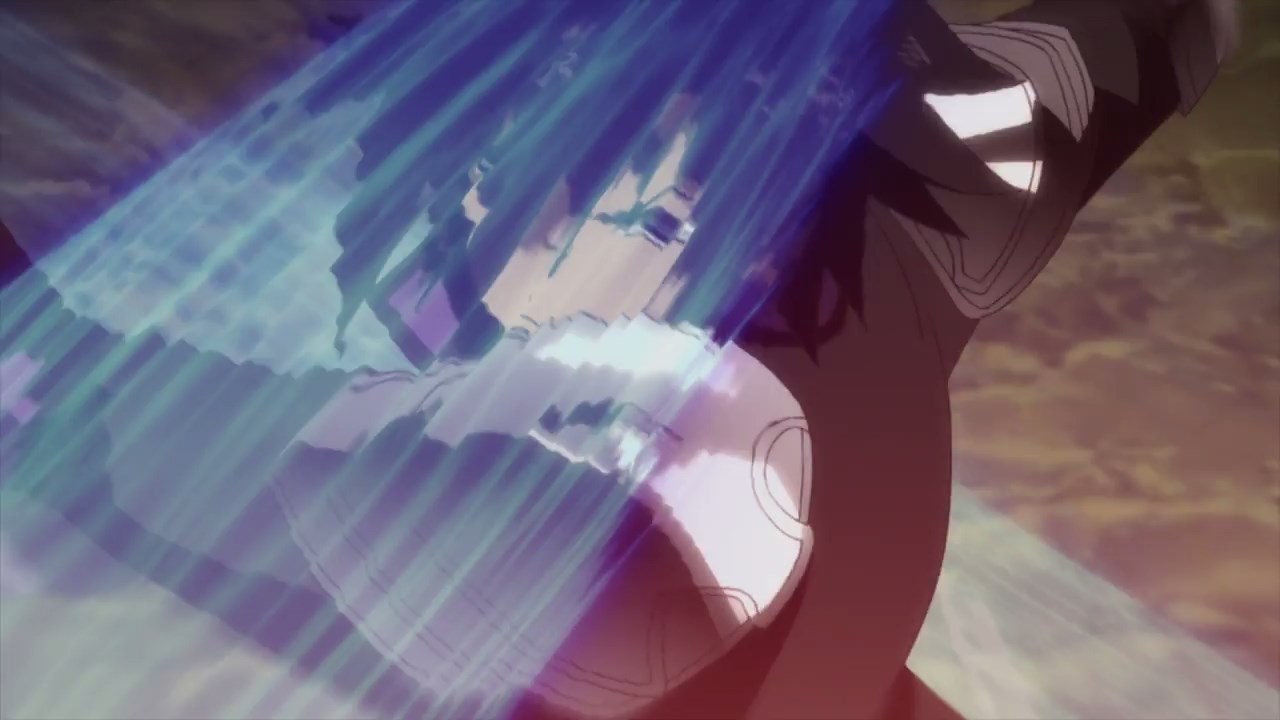 Anyways, Seiya Ryuuguuin will perform Double Eternal Sword at Leviae and while it’s not that effective given Leviae’s Ultimate Wall, Seiya has other plans to take this dragon down… 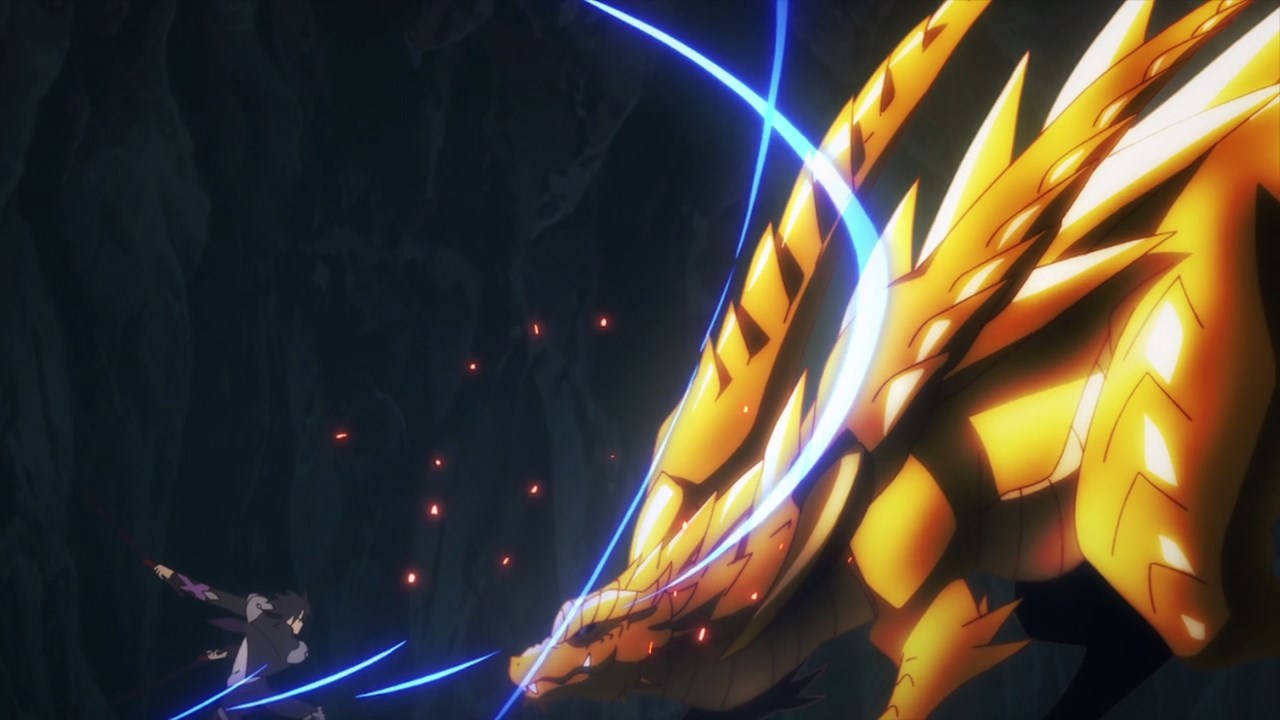 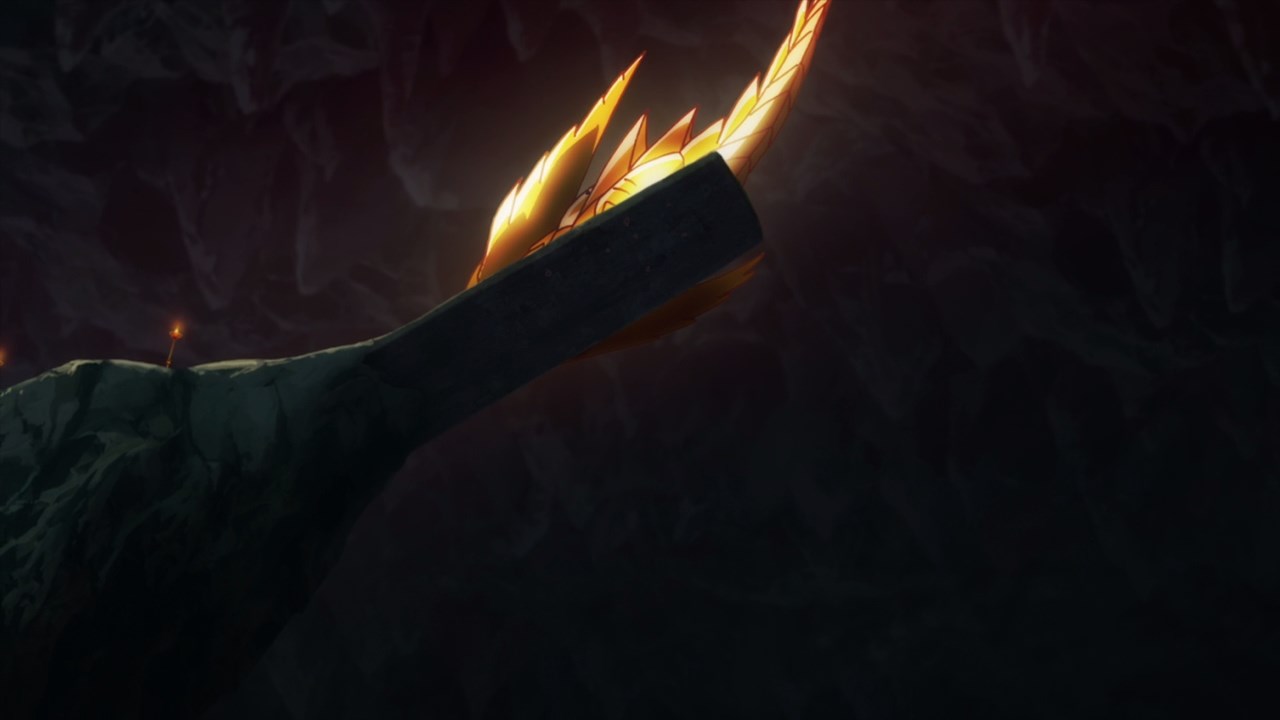 …like pushing Leviae towards the edge of a cliff. Seems that Seiya has decided to sacrifice the queen of all dragons, as he would rather keep Eruru as his baggage carrier than sacrificing her life for a sword that might be useless against the Demon Lord. 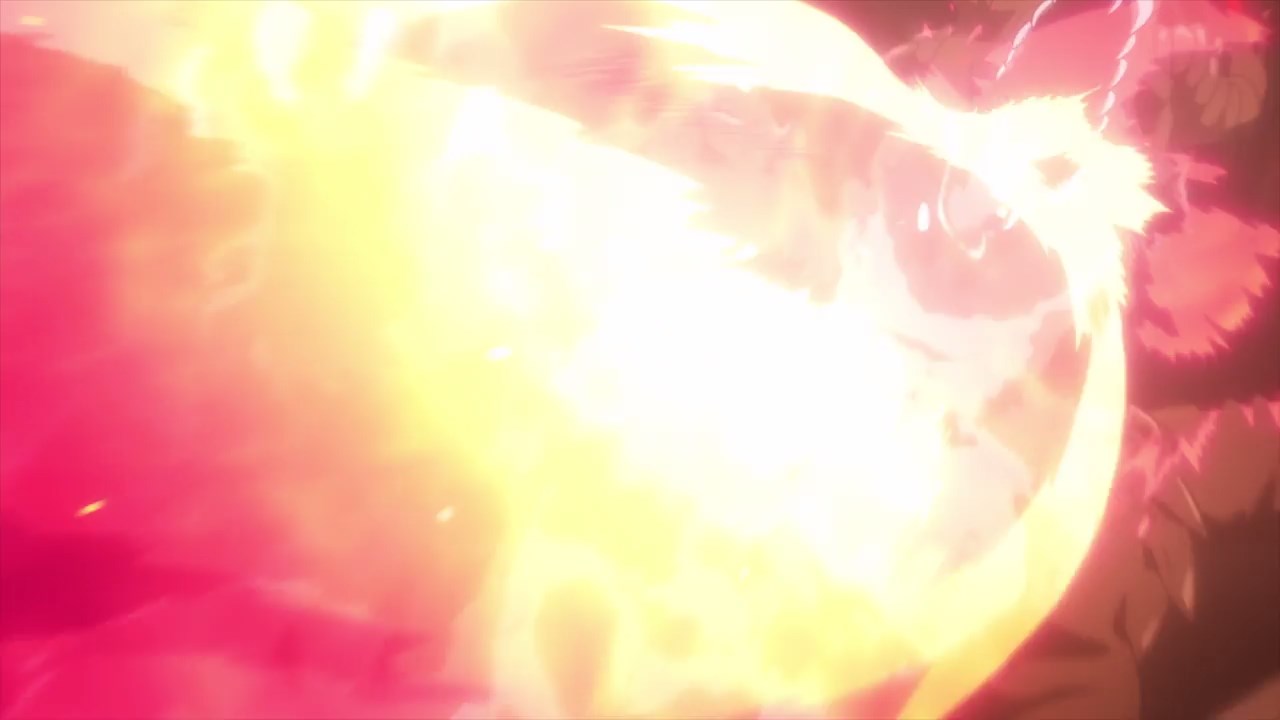 Now then, looks like Leviae is getting desparate as she blows a nasty dragon flame at Seiya Ryuuguuin. 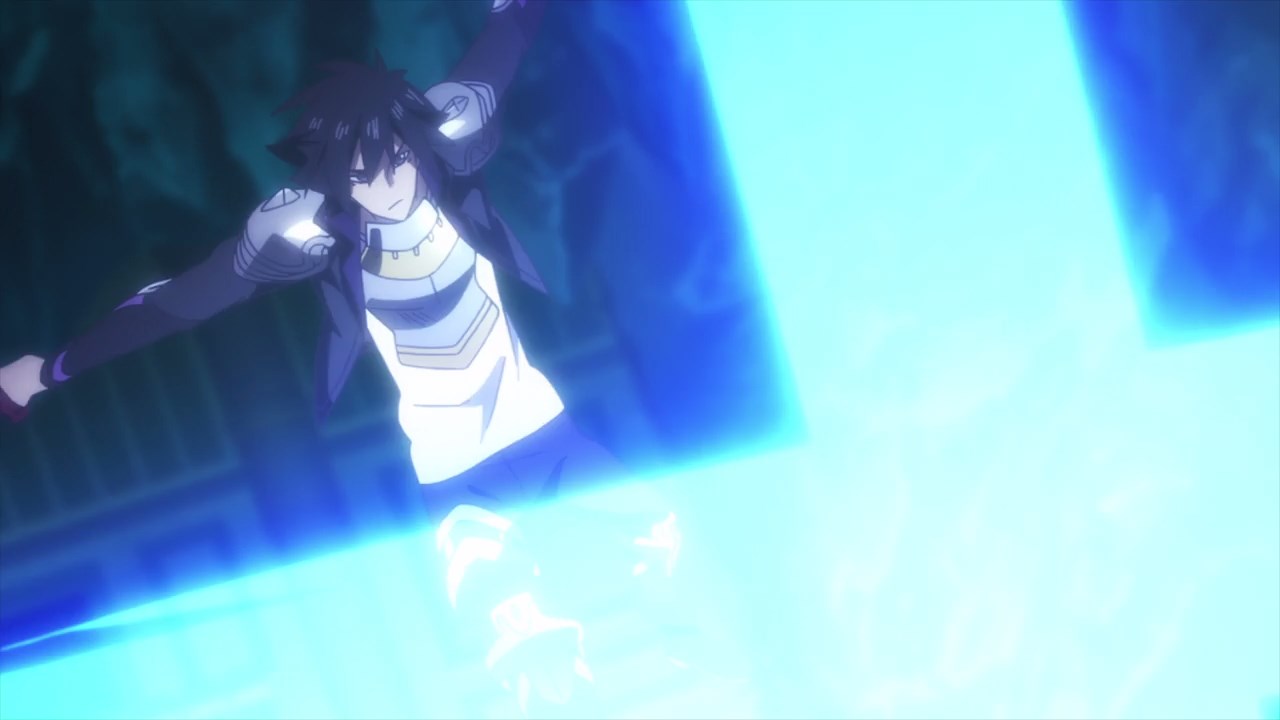 Unfortunately for Leviae, Seiya Ryuuguuin will have the last laugh as he finish the queen off with Double Wind Blade! 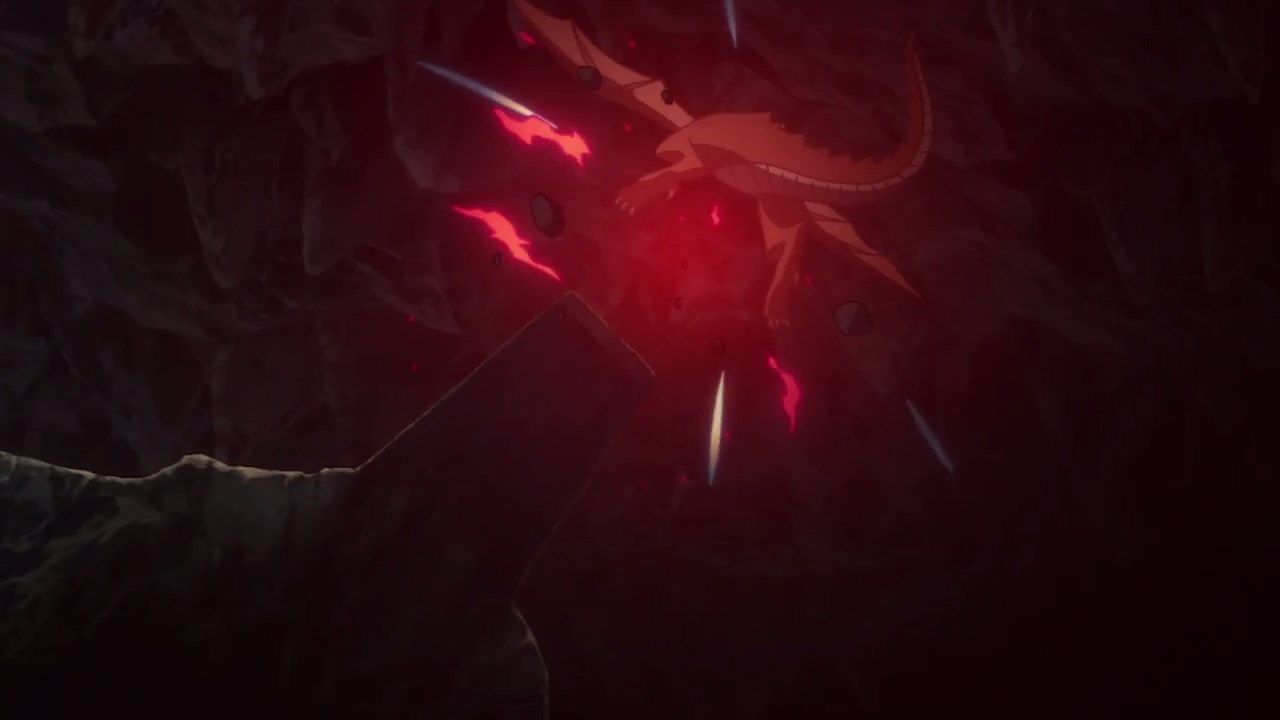 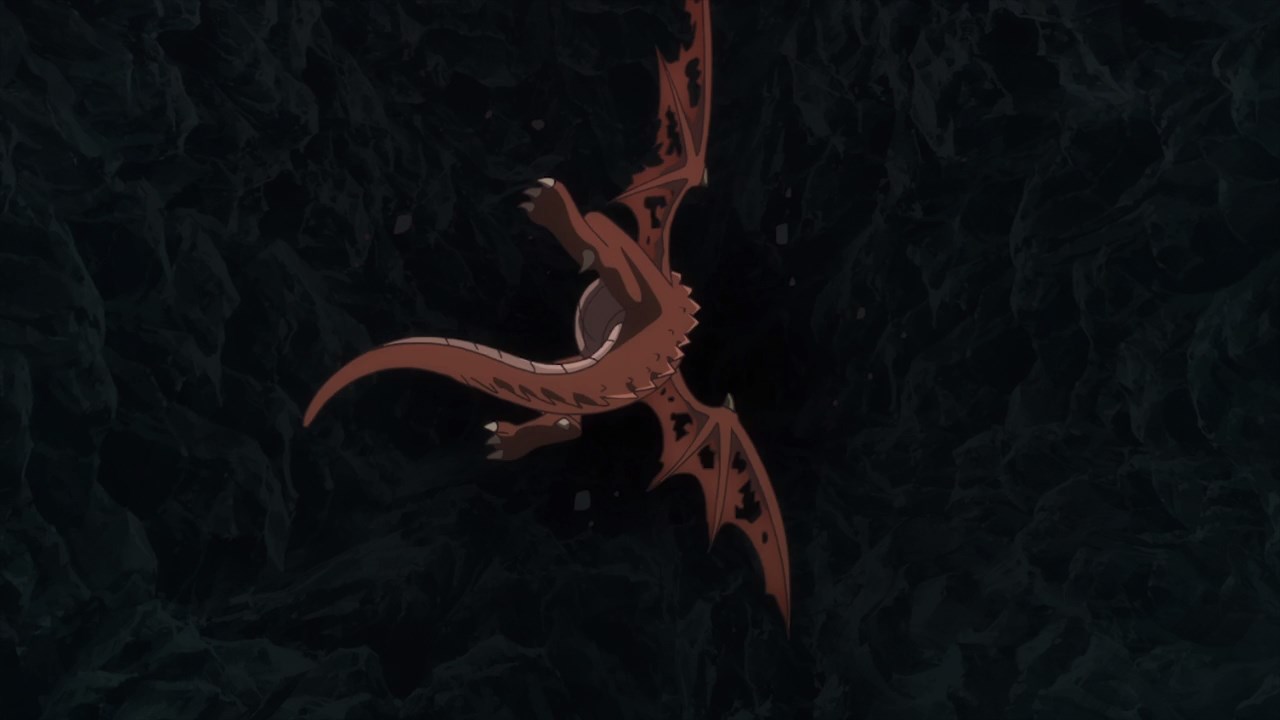 And as you can see, his powerful technique has not only pushed her out of the cliff, but Seiya cut her wings which Leviae plunges down to her death. 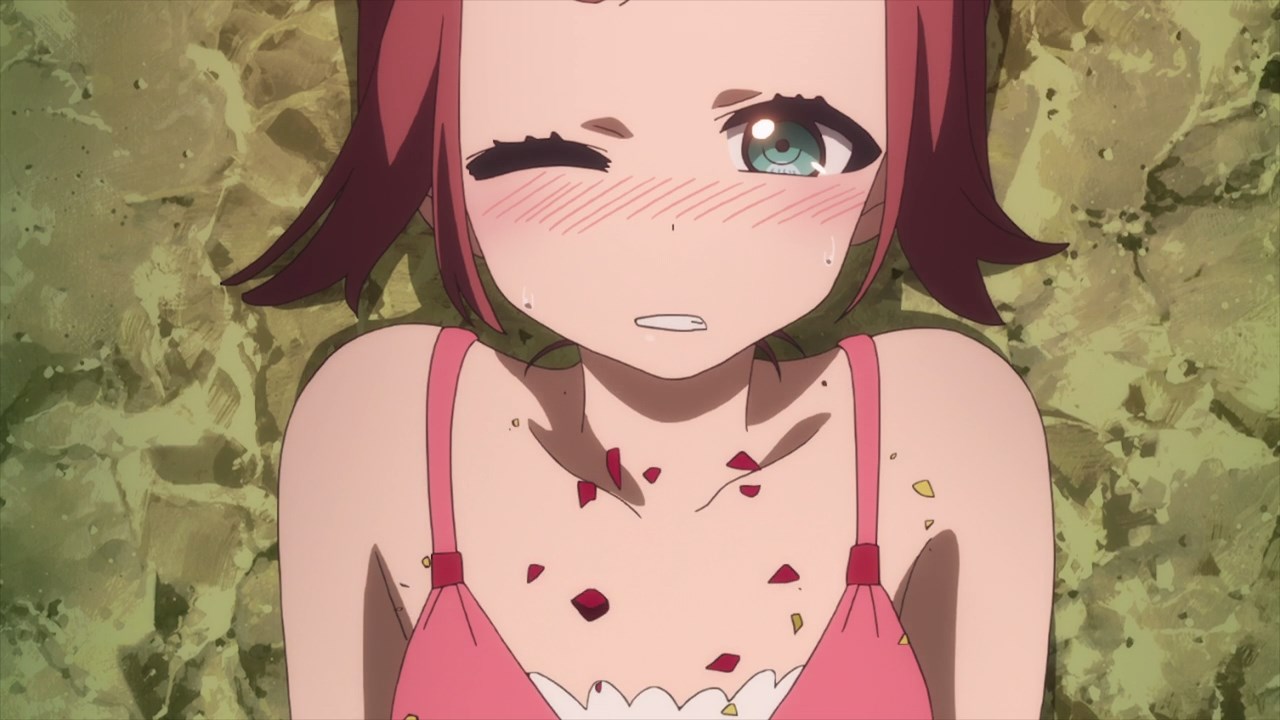 And with that, Leviae has finally perished and not only that, but Eruru is freed from its fatal curse. 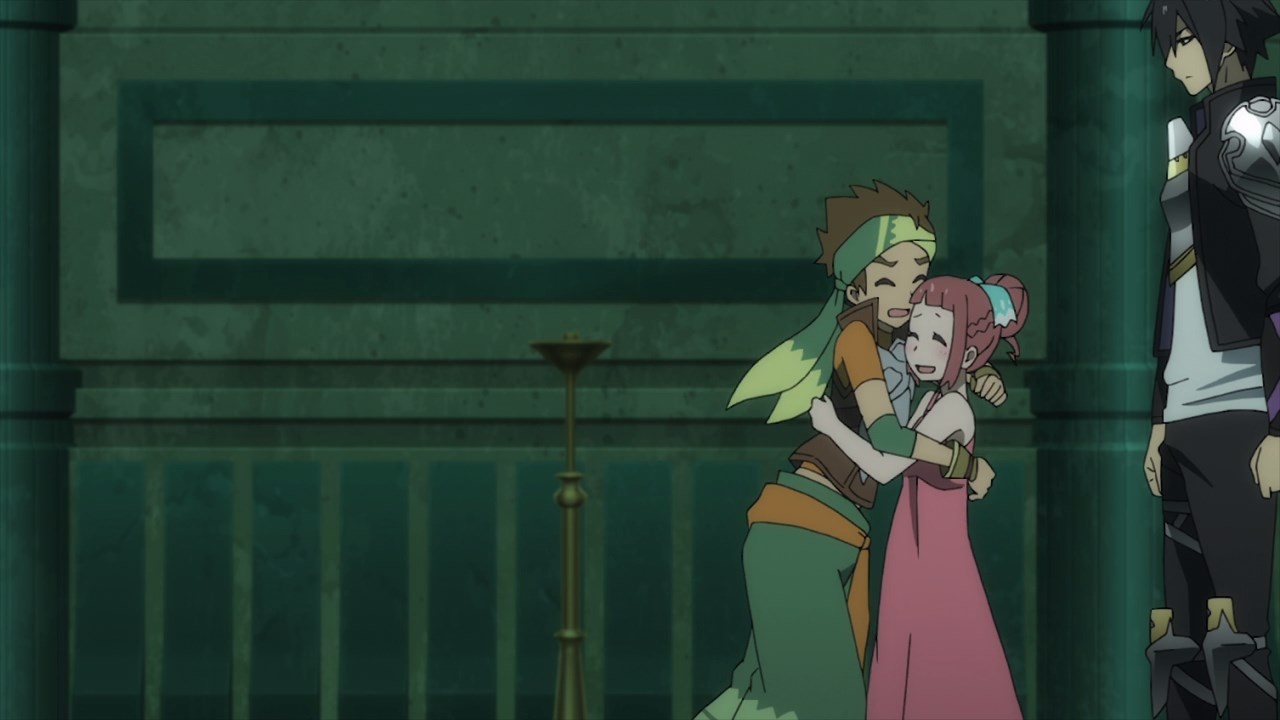 Anyways, looks like the ceremony is finally crashed as Mash and Ristarte can finally stand up and reunite with Eruru. Yeah, I guess we’re not gonna get Igzasion after all… or is it? 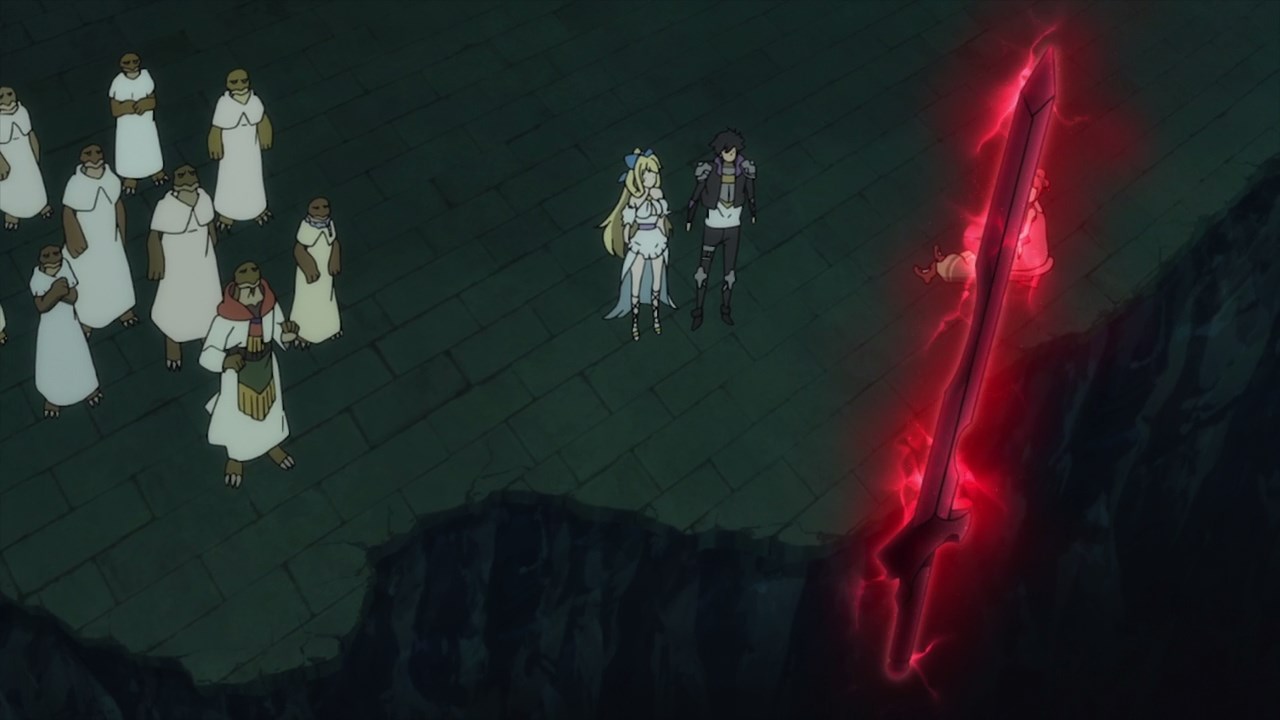 Turns out that sacrificing Leviae is the only way to get the legendary sword. But then again, I think Seiya needs to refine it in order to be more effective against a demon lord. 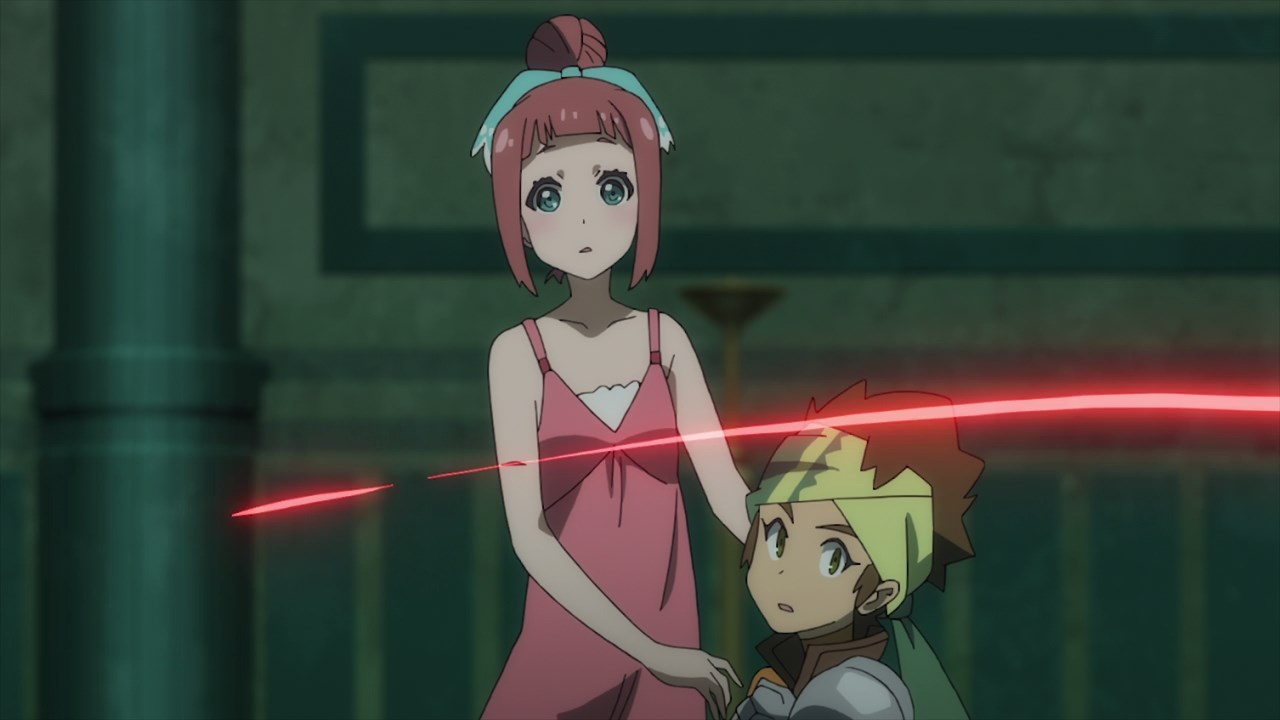 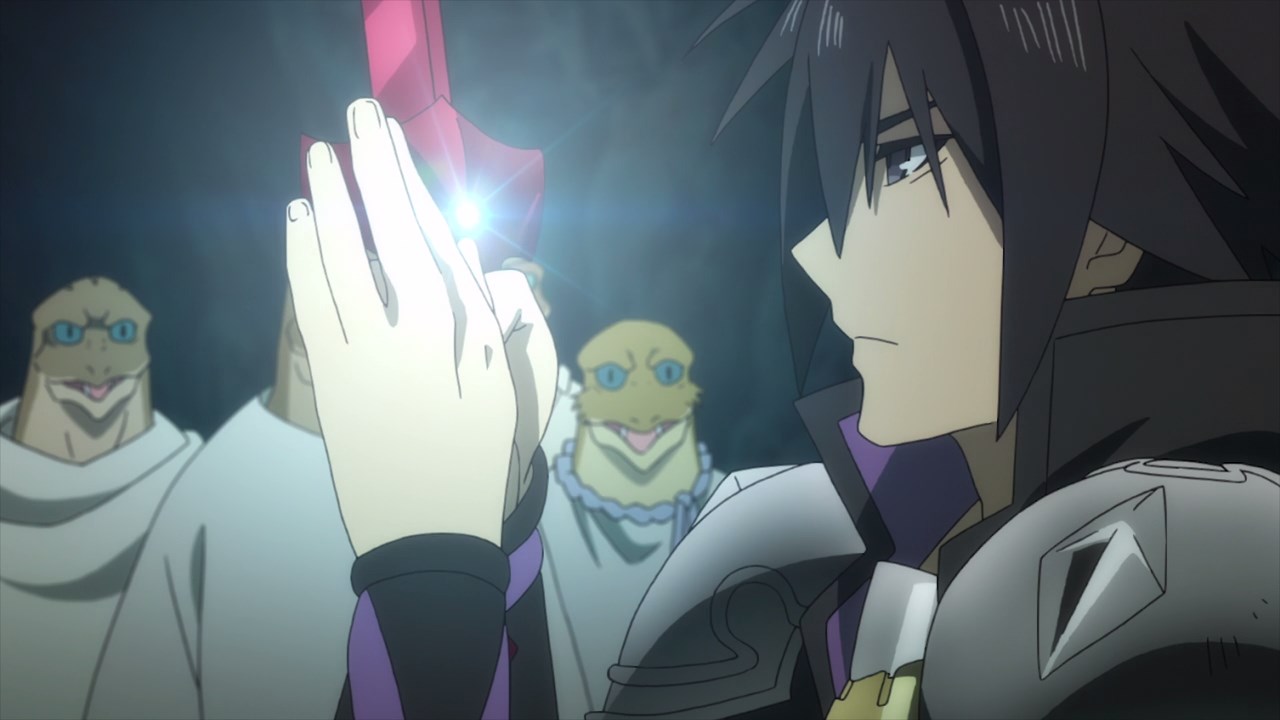 So, he used Eruru’s dragonkin blood to refine this sword until it achieves its final form. 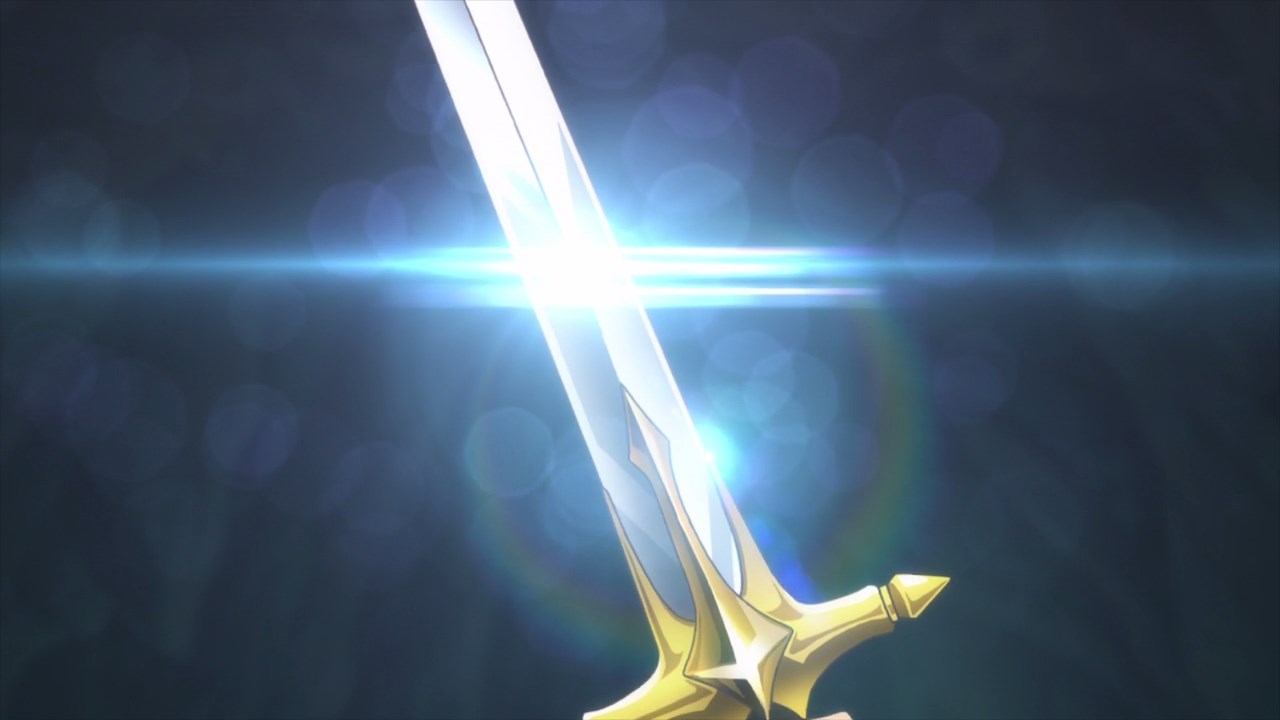 And so, Seiya Ryuuguuin has finally forged a powerful sword that can defeat a demon lord known as Igzasion… or so they thought. 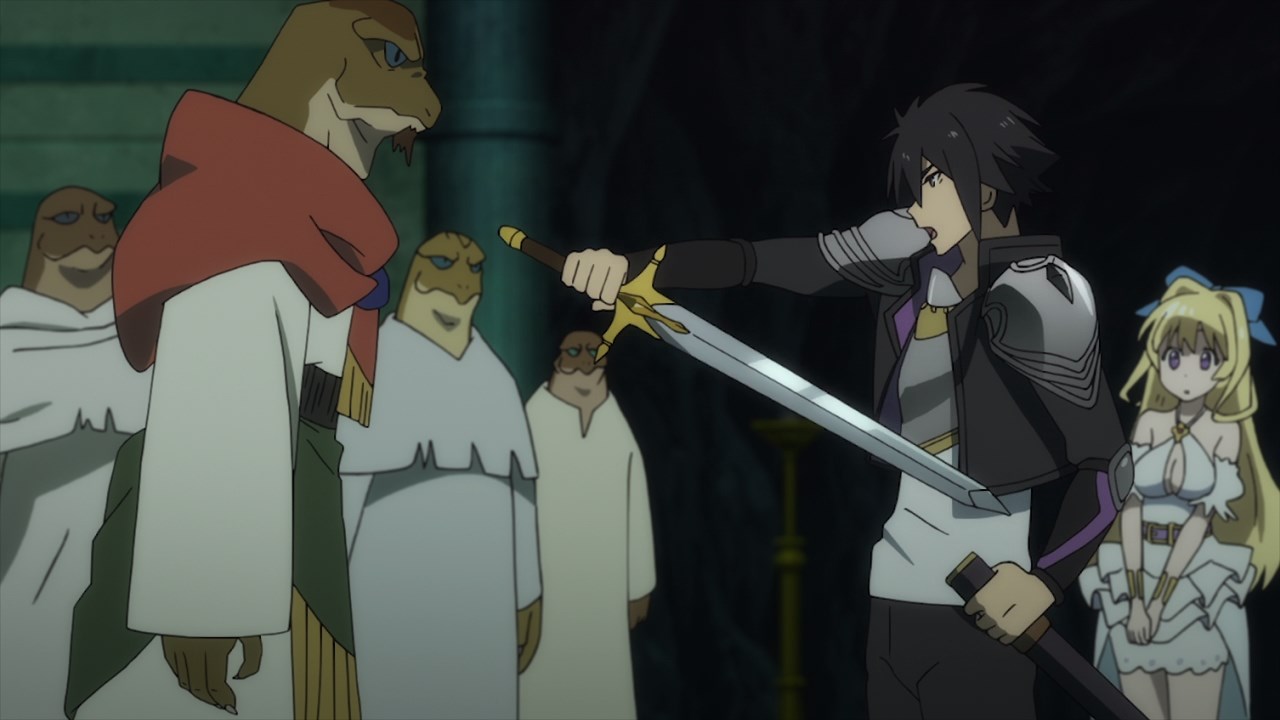 In any case, Seiya half-heartedly apologized the dragonnewts for the loss of their queen. But hey, he told them that the ceremony is a success now that Ryuuguuin is wielding Igzasion! 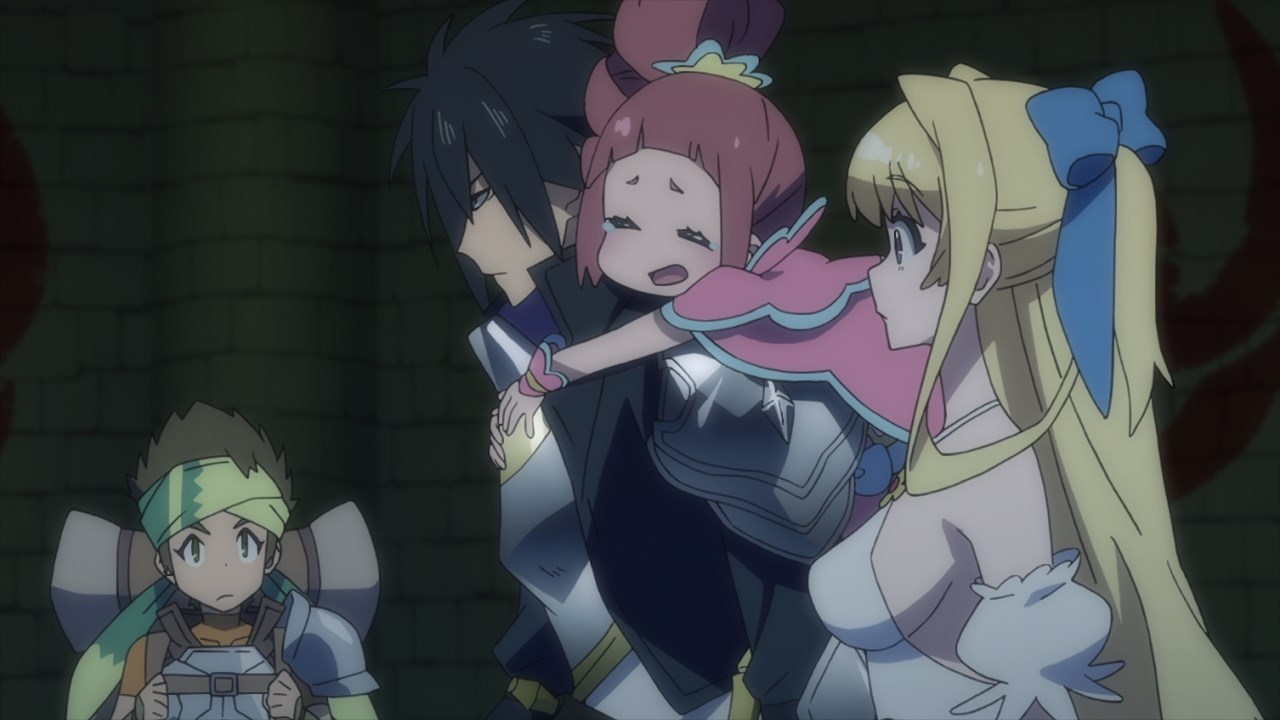 Anyways, looks like they’re done at Dragon Village as Seiya Ryuuguuin and his friends will return to the Unified Divine Realm for some more grinding.

After all, Seiya doesn’t want to travel to other places as he would rather grind until Ryuuguuin can finally kill the Demon Lord! 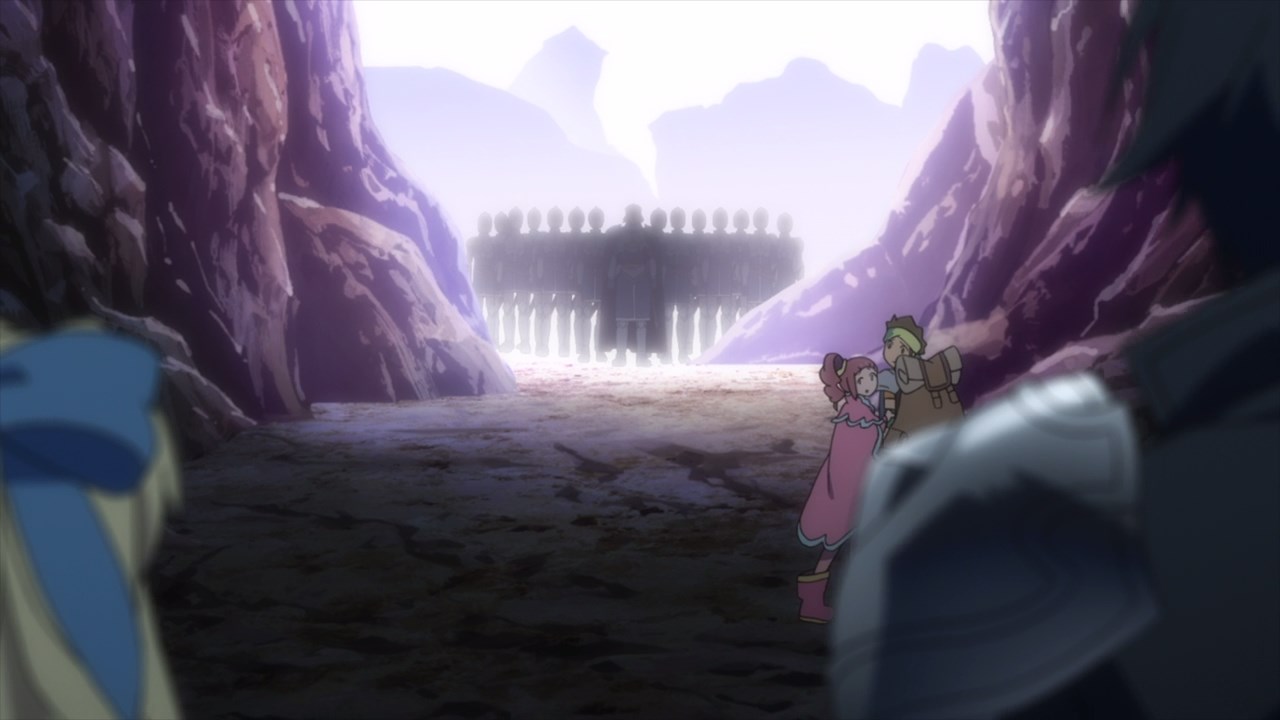 On second thought, I think Seiya’s return to the realm might be cut short as a group of soldiers are waiting for him. Could it be that they’re gonna arrest Seiya for wrecking towns, or they want to tell him that the demon army is on the move?

Well then, tune in next time to find out and I have a bad feeling that things are getting worse as Gaeabrande might not be salvageable.