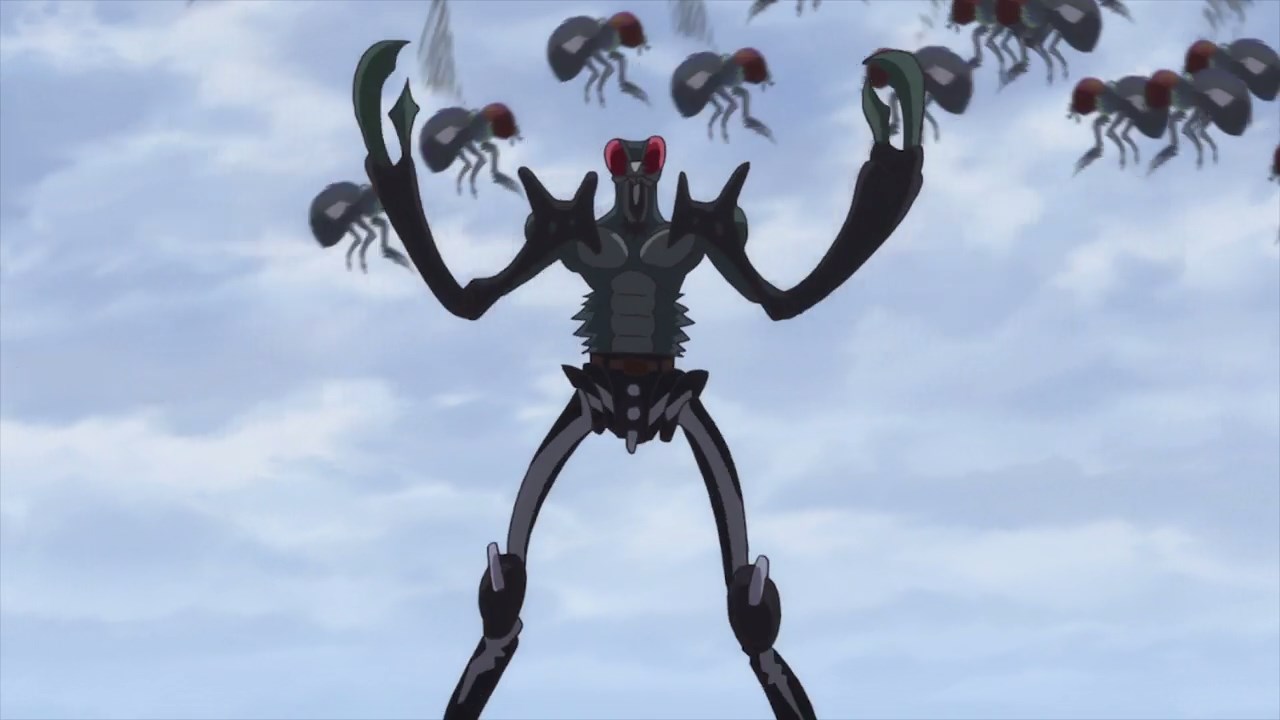 Let’s start this episode with Beel Bub and while he’s not one of the generals, Beel Bub is very nasty that he and his swarm of flies can decimate anyone… 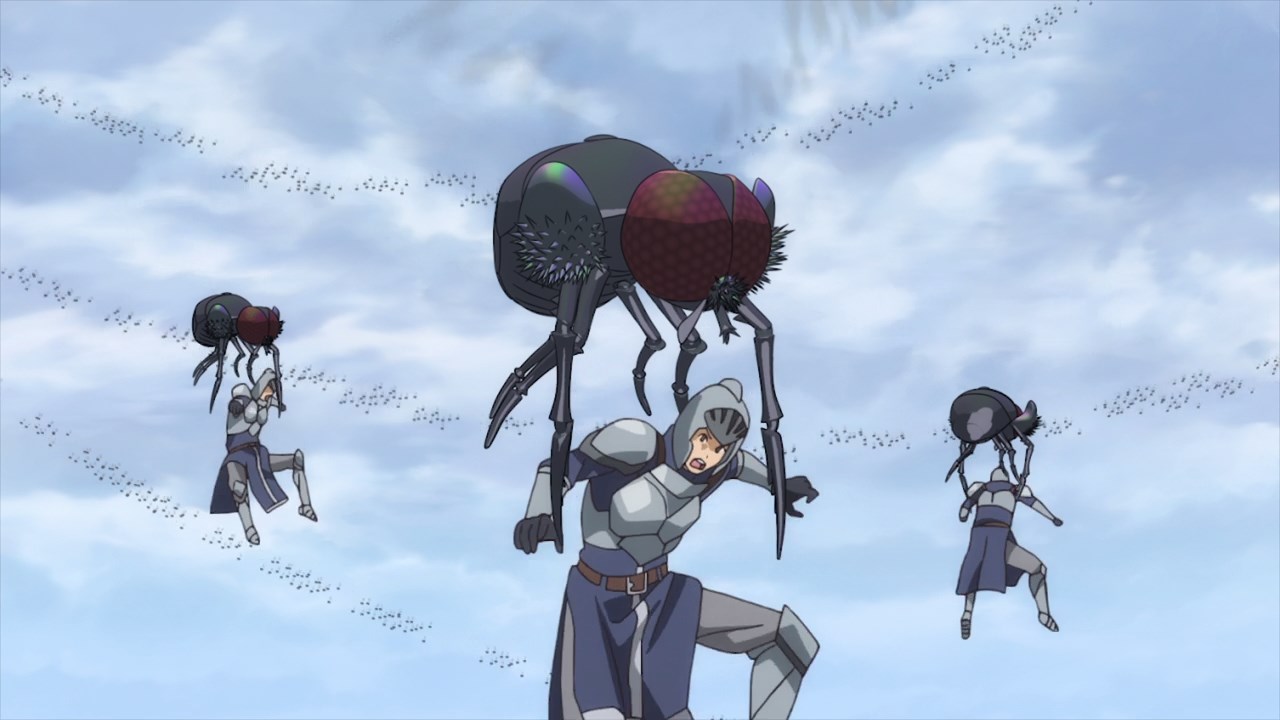 …like grabbing these Roseguard soldiers and dropping them until they landed so hard that these soldiers turned into mush. 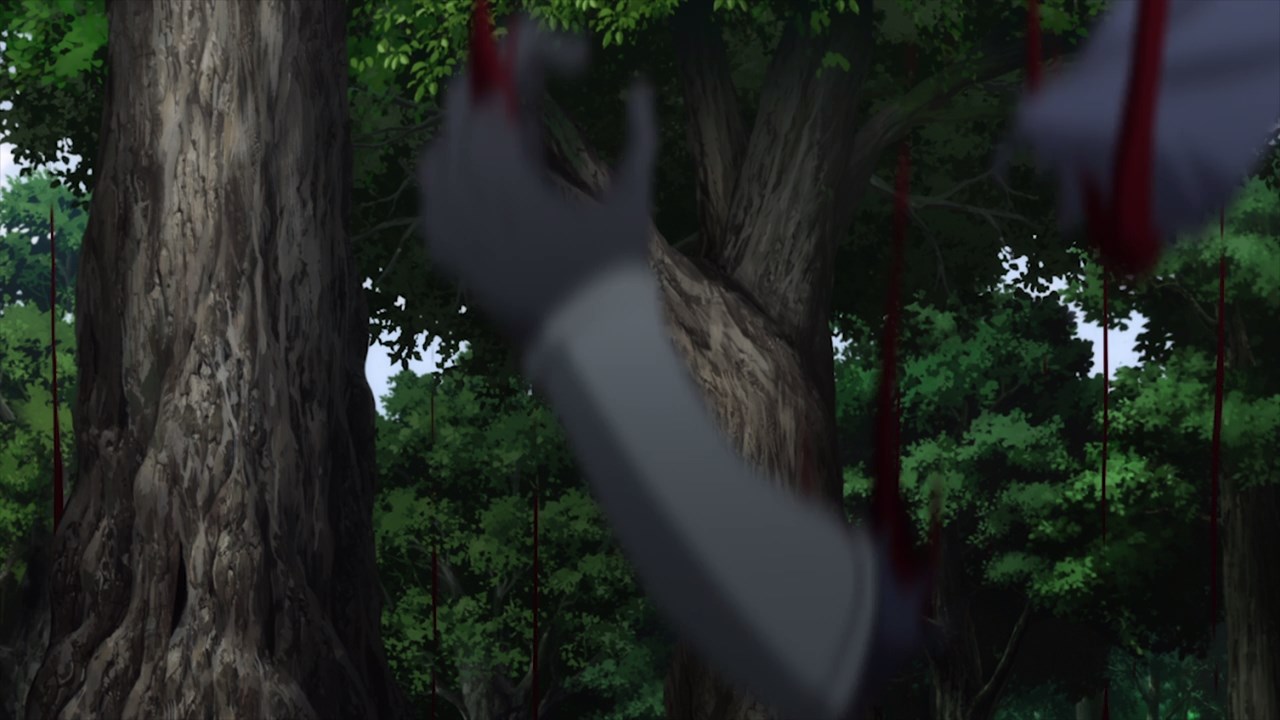 Rather, a bloody mush and you’ve probably have to protect those kids from seeing dismemberment of limbs and lots of ketchup-colored blood! 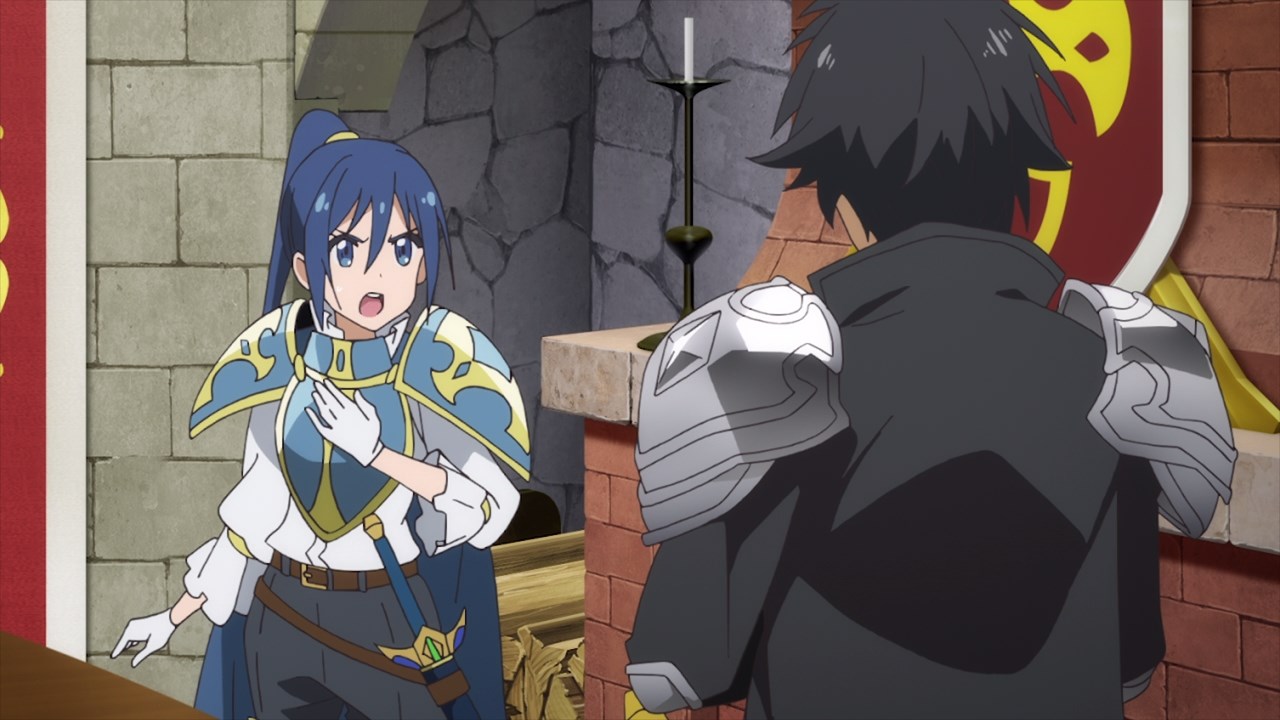 In any case, the leader of the Roseguard Imperial Knights named Rosalie Roseguard asked Seiya Ryuuguuin for help on defeating Beel Bub and his swarm of flies. After all, he’s the hero who can fly and defeat Beel Bub without any worries! 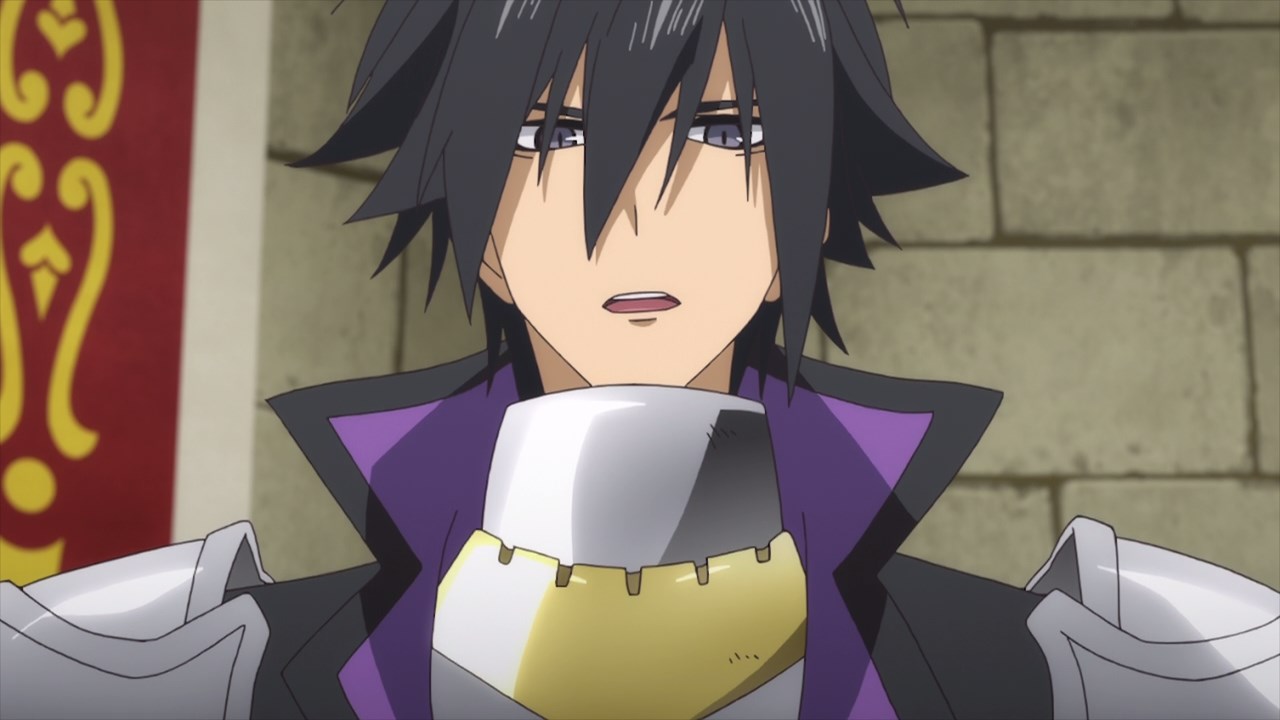 But, Seiya refused to help Rosalie because he needs to grind first before tackling the lord of the flies. Furthermore, the cautious hero told the leader of the imperial knights that she suck as leading her troops, which caused many casualties when attempting to defeat Beel Bub.

So while I understand his overtly-cautious behavior, what Seiya said to Rosalie is correct because what she’s doing is sending her soldiers to their death as her reckless strategy will fail if she continues like this. 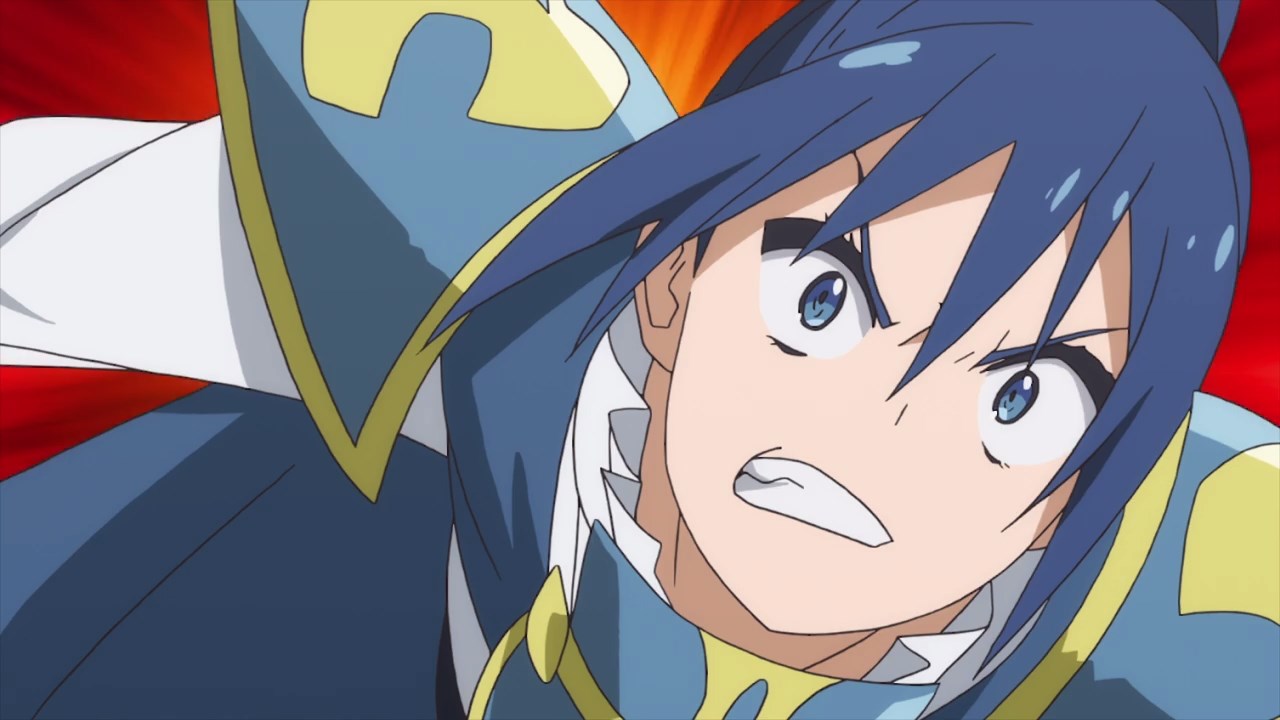 Of course, her pride as a knight won’t accept Ryuuguuin’s reasoning, so Rosalie is gonna slap the hero because he’s wrong and also a coward! 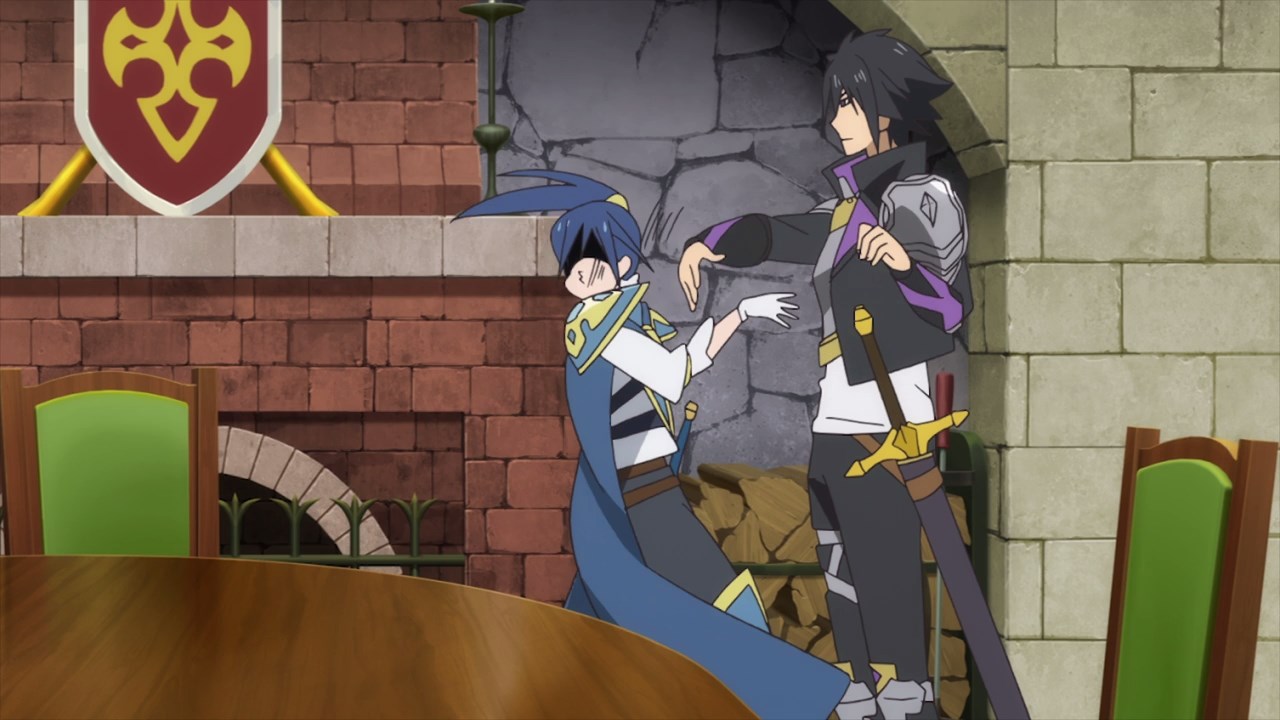 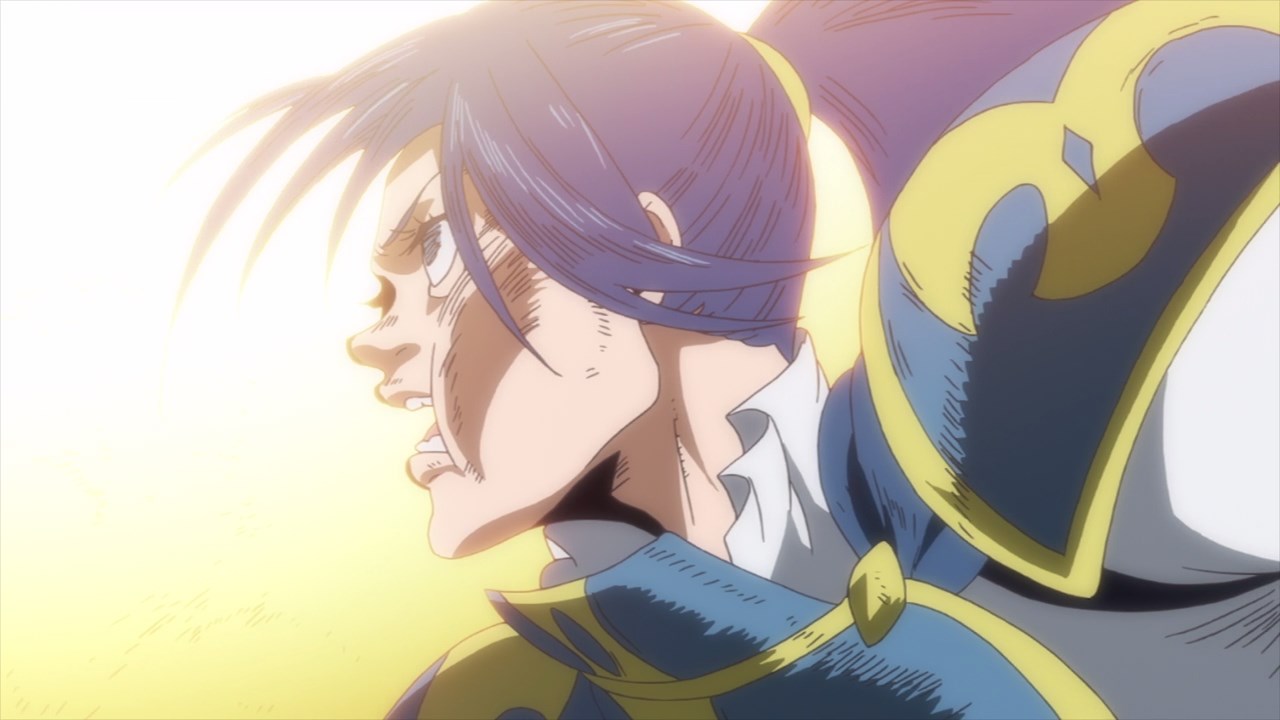 Except that Seiya parried Rosalie’s attack and slap the hell out of her. Slapping girls is not very heroic but oh well, time to grind some levels! 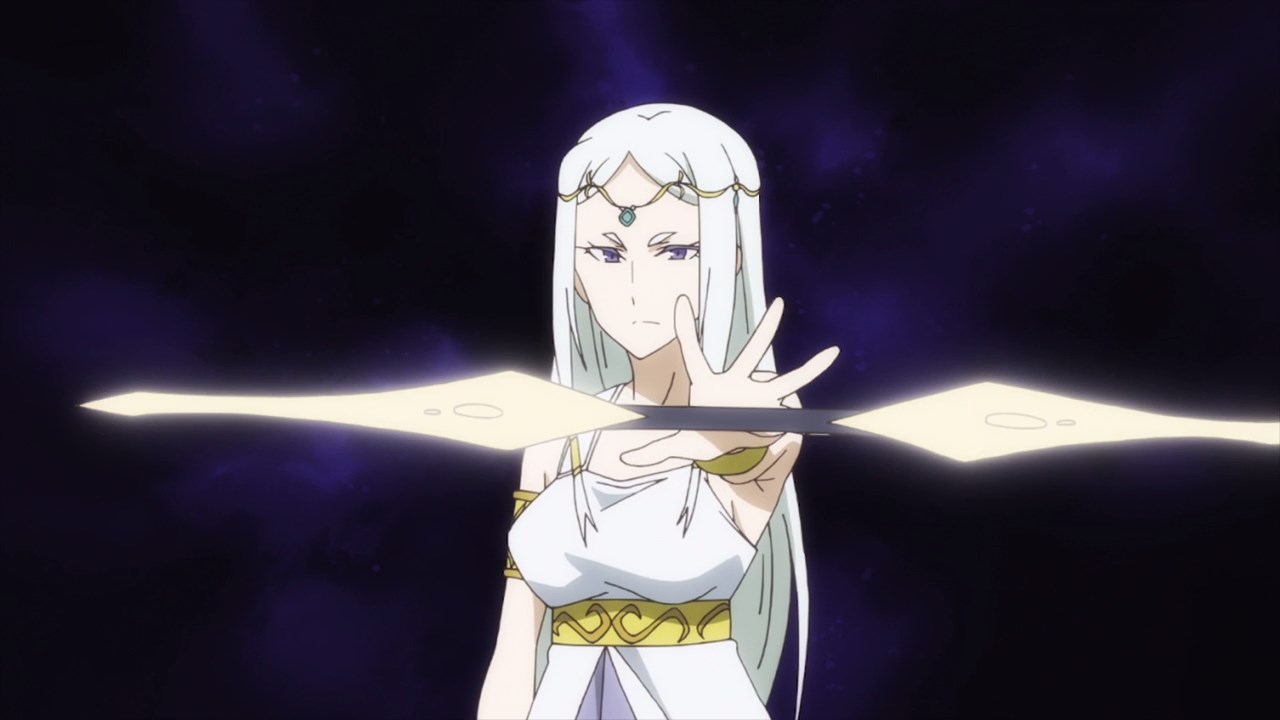 Now then, Seiya and his party have returned to the Unified Divine Realm where they meet the Goddess of Archery, Mitis. And the reason why Seiya Ryuuguuin wants to learn how to shoot an arrow is because it’s the most effective way of defeating Beel Bub. 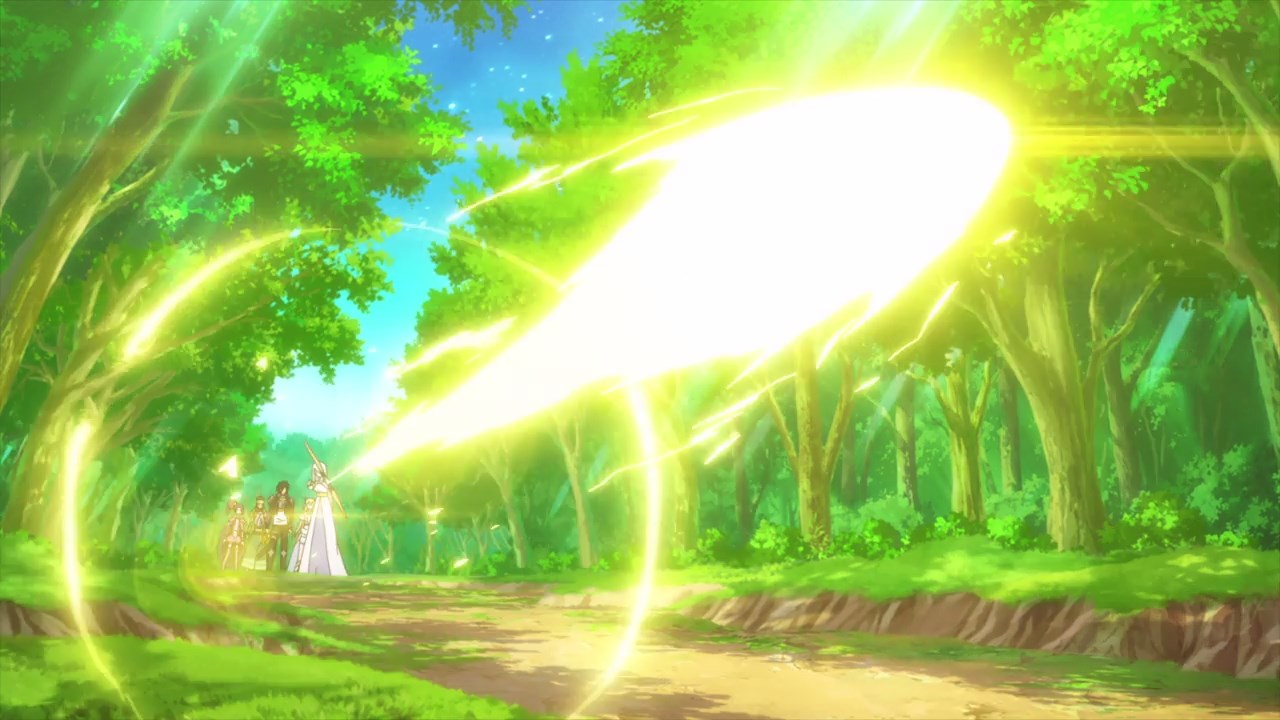 Anyways, it’s time for Mitis to show her ultimate skill known as Shining Arrow. This attack has the strength of a thousand arrows, even though this giant arrow will be split into 4 or 5 smaller ones. 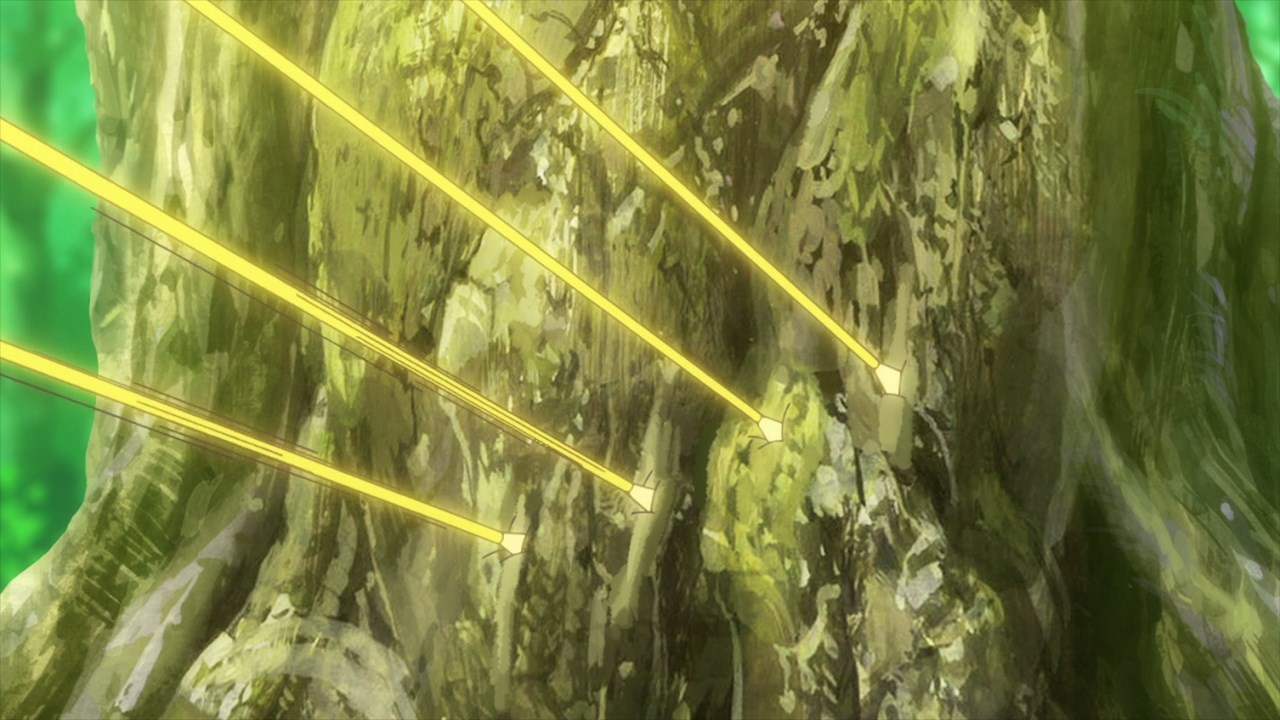 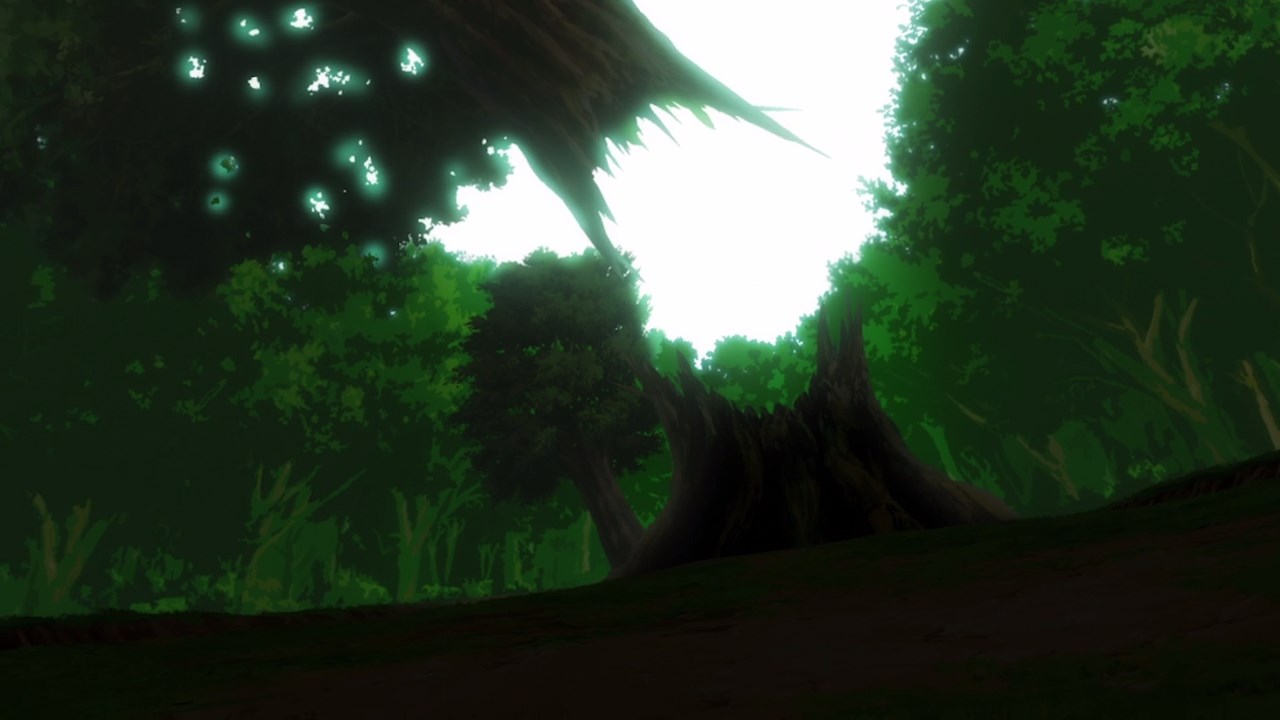 But anyways, Mitis destroyed this tree with her powerful technique and you know that Shining Arrow is very useful against a swarm of flies.

Of course, Seiya will need to learn how to fire an arrow, so Ryuuguuin asked Eruru to teach him. 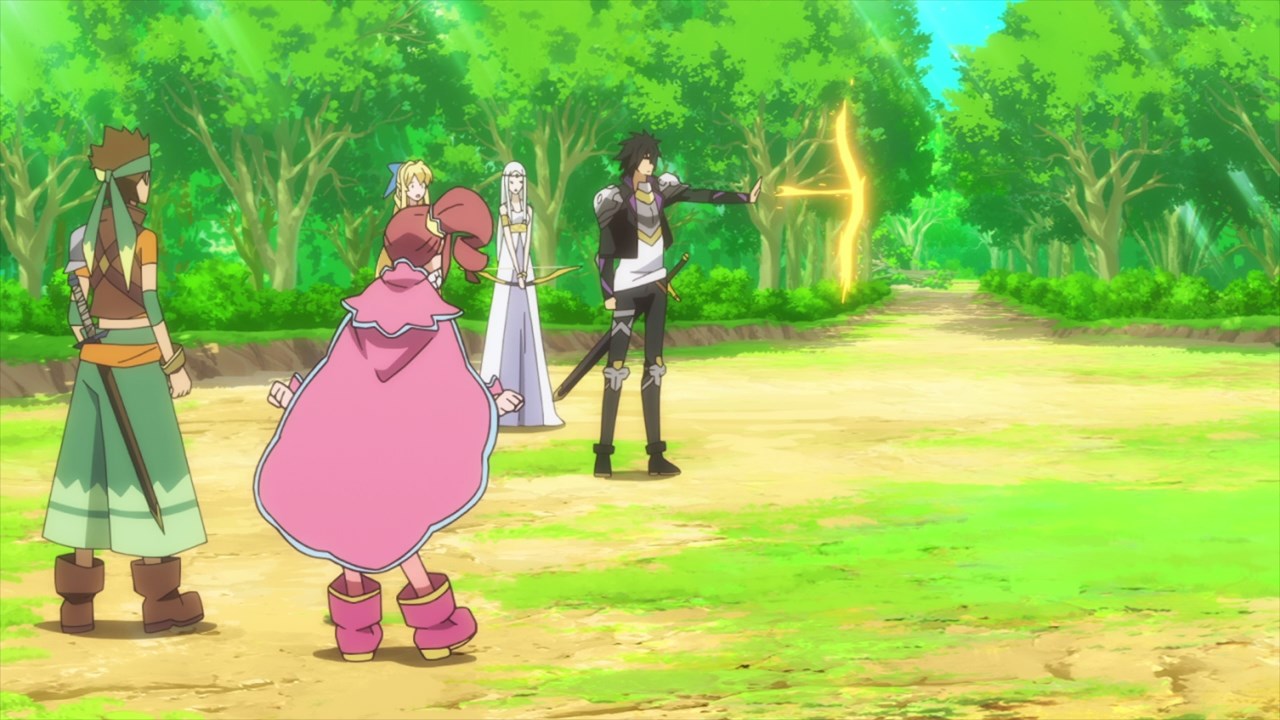 Except that there’s no need for Seiya to learn from Eruru because he got the gist of firing an arrow after seeing it once.

Well, so much for Eruru’s training, but it seems that Seiya is now eager to learn Mitis’ Shining Arrow. 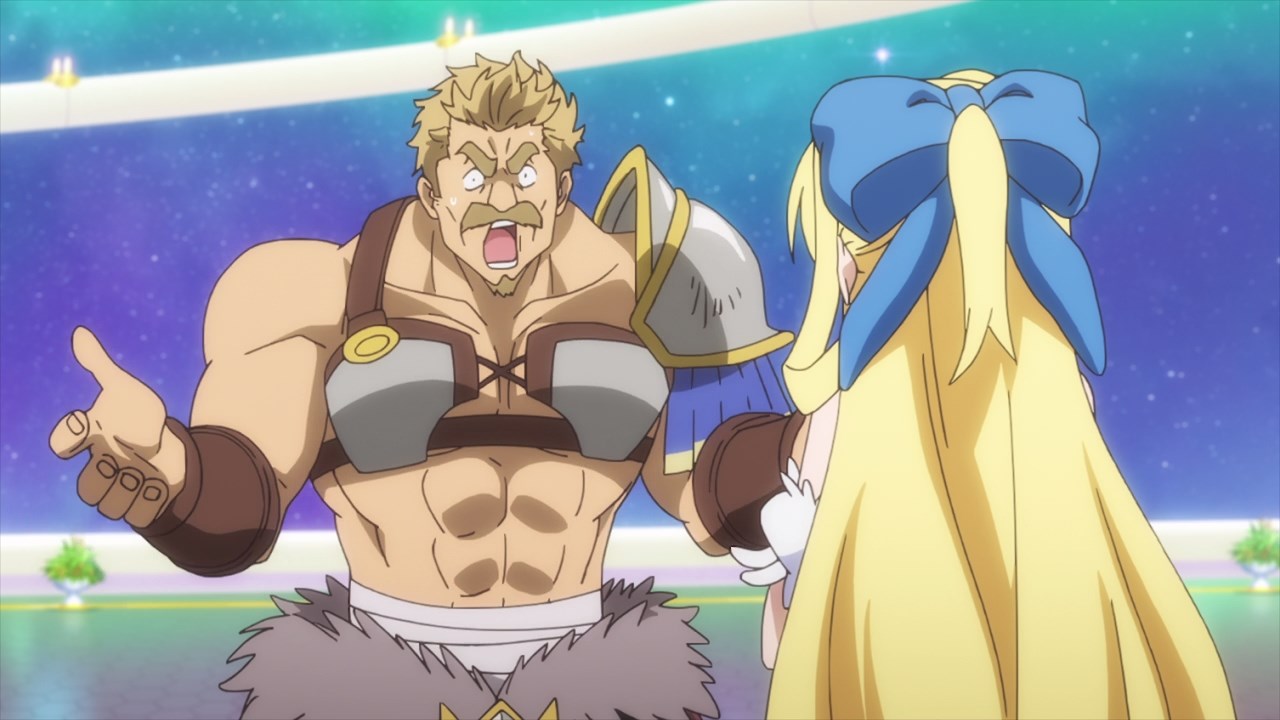 Meanwhile, here’s Cerceus where he warned Ristarte to stay away from Adenela. Hmm, I wonder if Adenela still harbors some killing intent after Seiya dumped her back in Ep. 5? 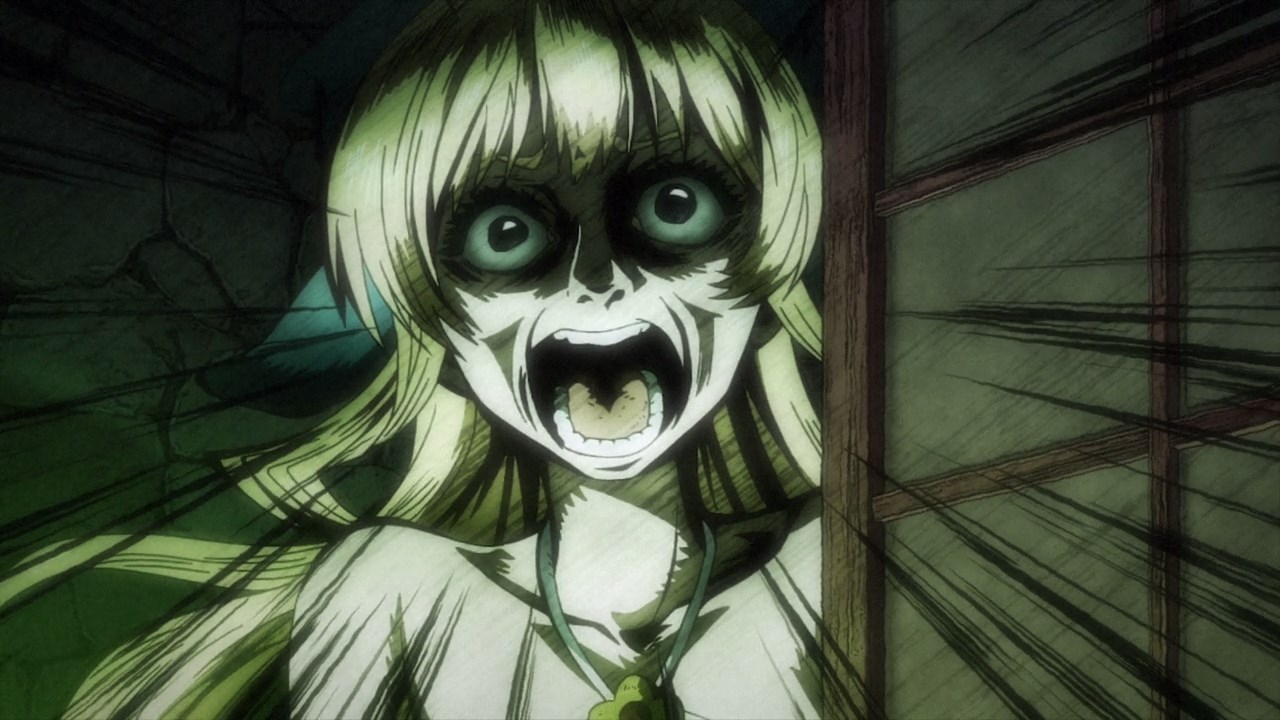 Actually, it turned for the worst as Ristarte saw something horrible from Adenela’s room… 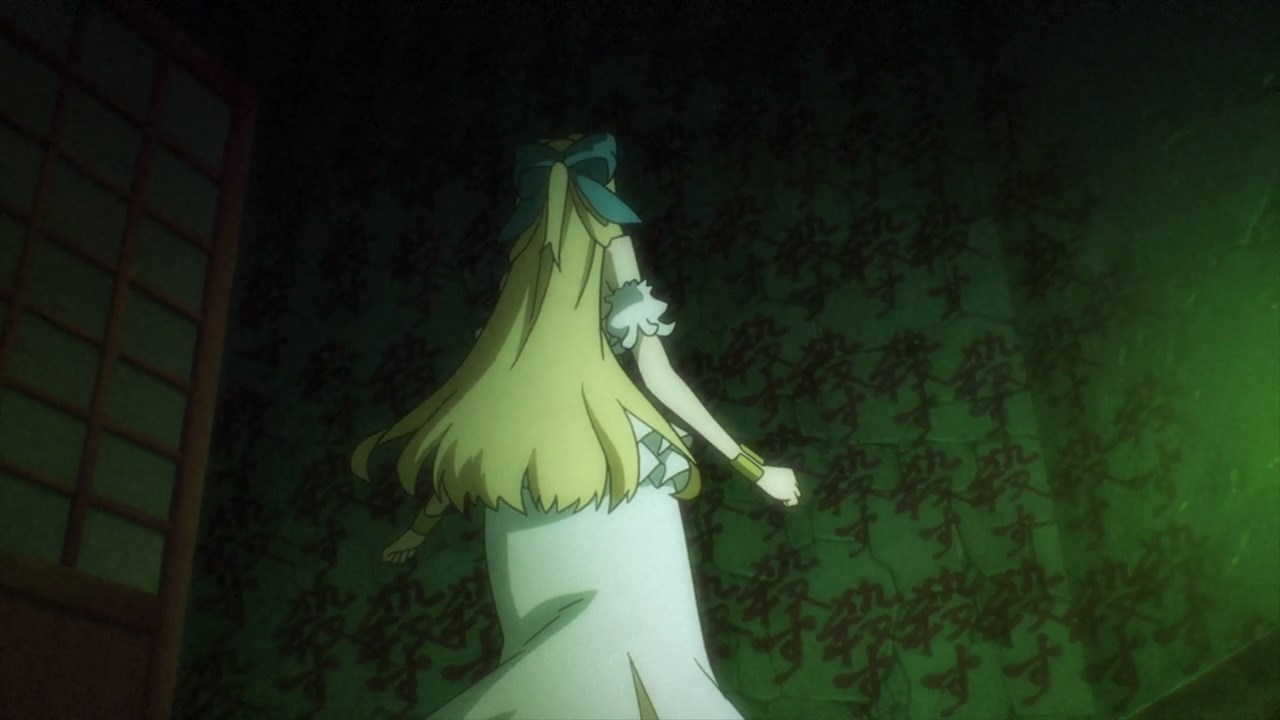 …which this wall that say “I kill you!” many times. Damn, Adenela is one yangire goddess that you should really run away from her! 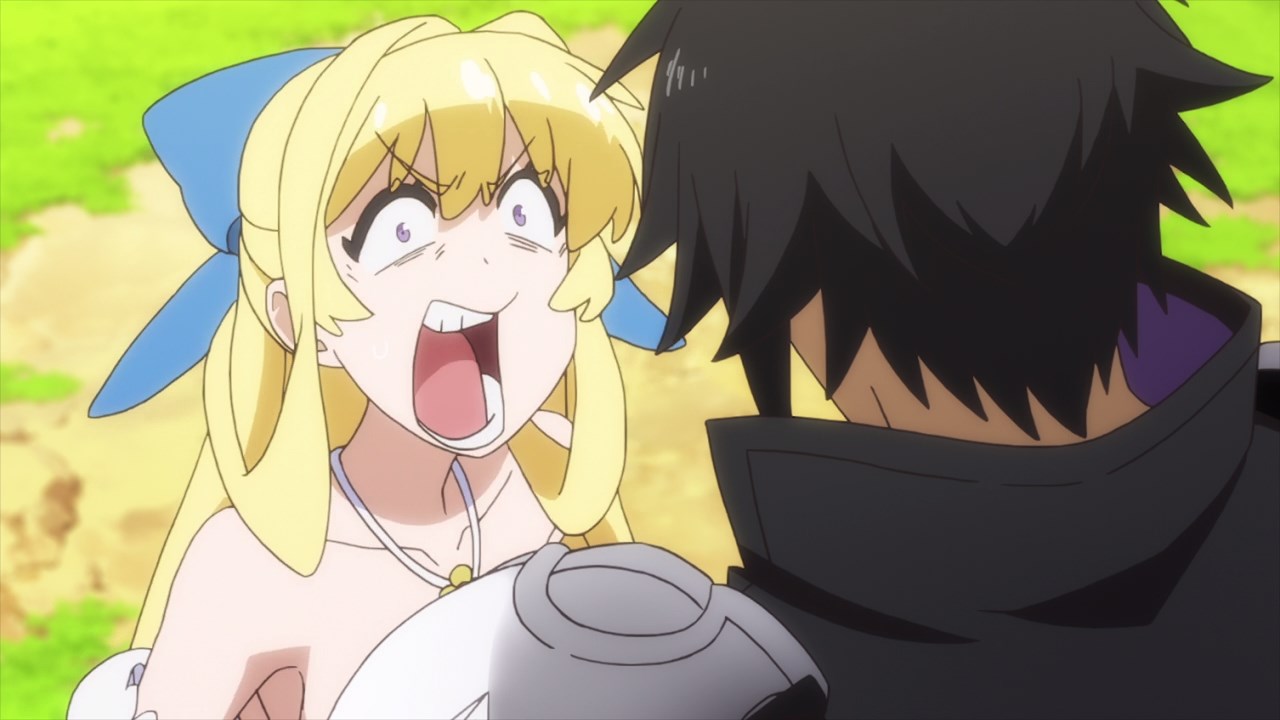 So, Ristarte told Seiya Ryuuguuin to get out of the Unified Divine Realm as fast as possible once he’s done learning Mitis’ ultimate skill.

And while Ristarte is worried that the cautious hero might get killed by a scorned goddess, I wonder how will Seiya deal with Adenela? 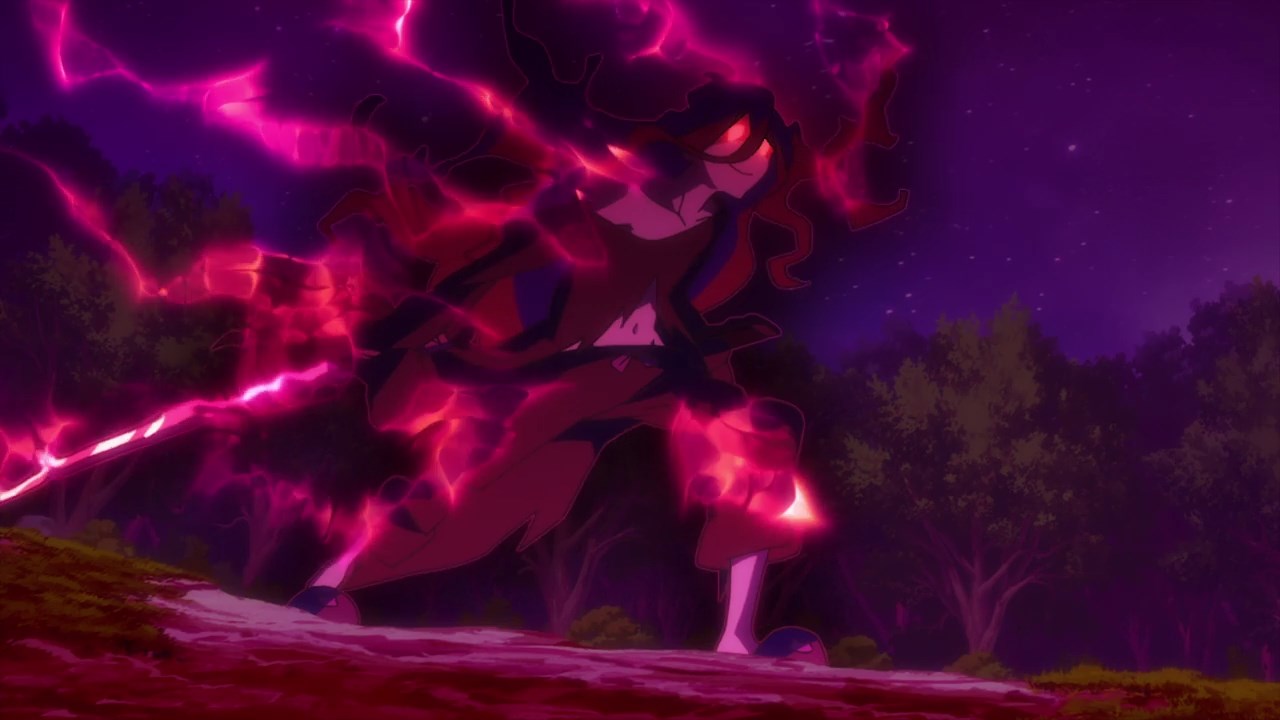 Speaking of Adenela, she’s here and this goddess is about to slice the hero open because Seiya rejected her advances. Yeah, things might get pretty ugly! 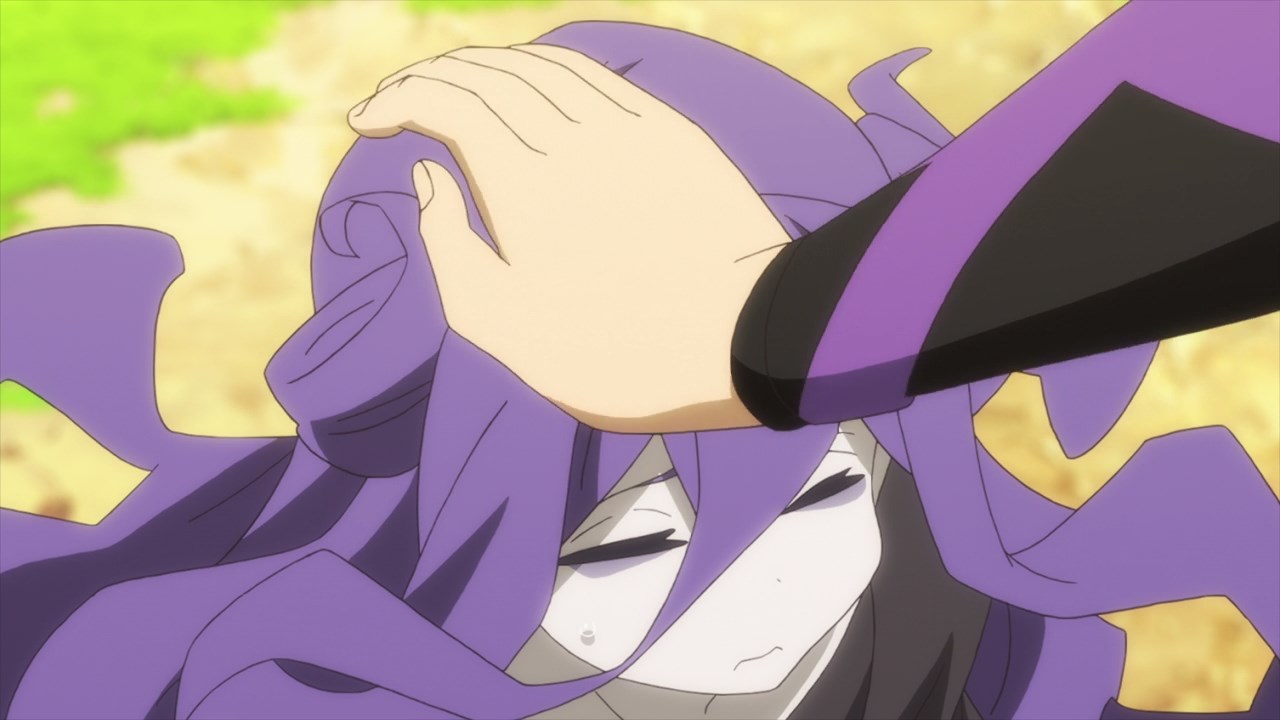 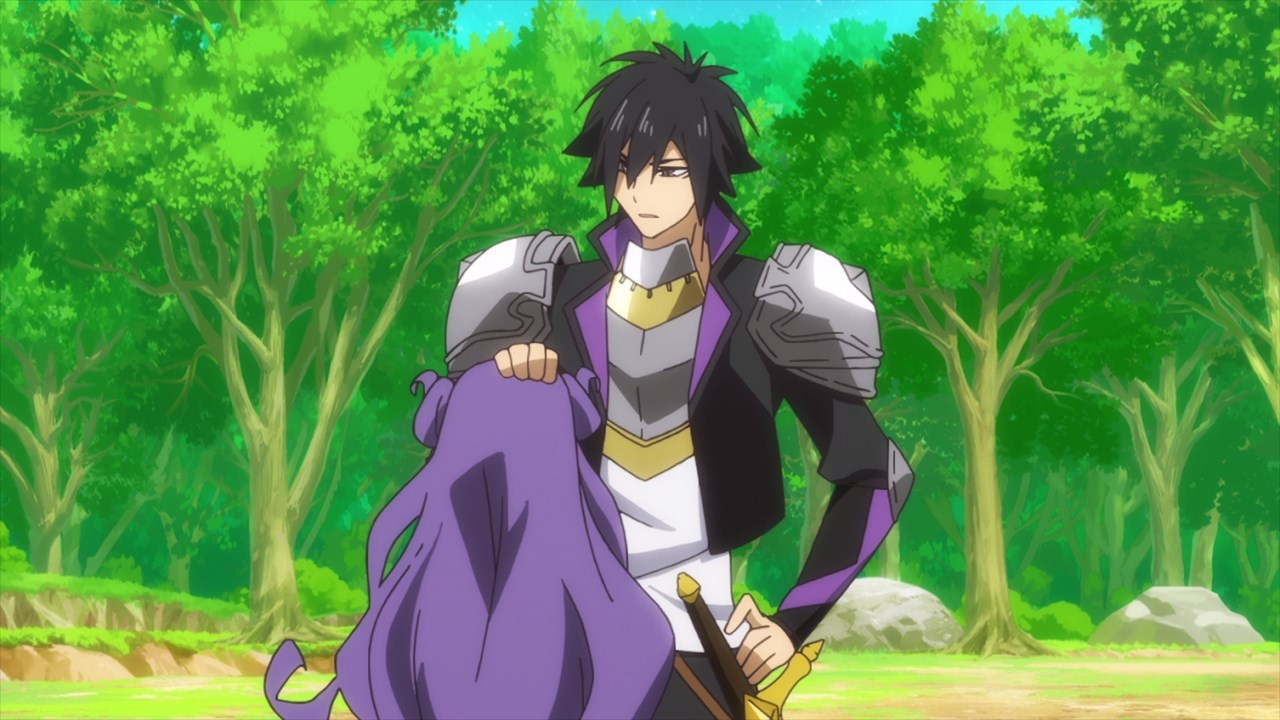 But, Seiya Ryuuguuin pat Adenela’s head without worrying about being killed by her powerful Eternal Sword technique. Still, I wonder how Adenela would react to it? 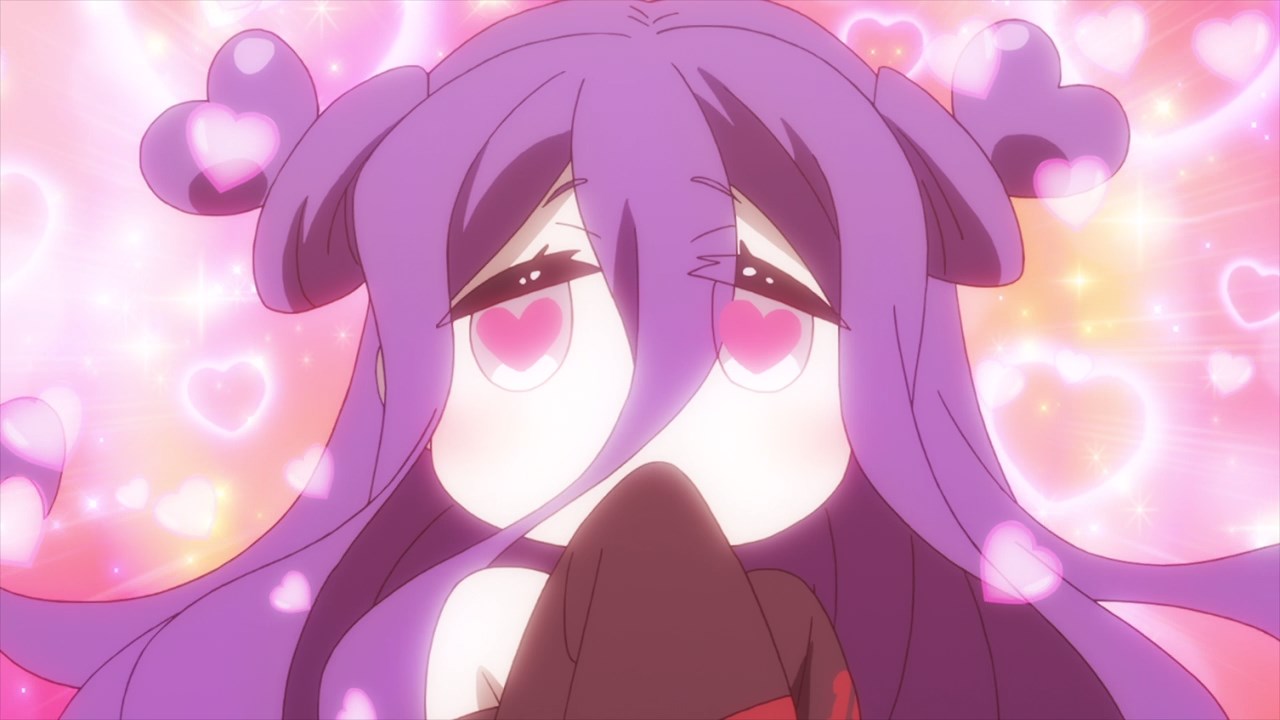 Oh, she just calmed down and forgive Seiya on her trouble. What. The. Fuck!? 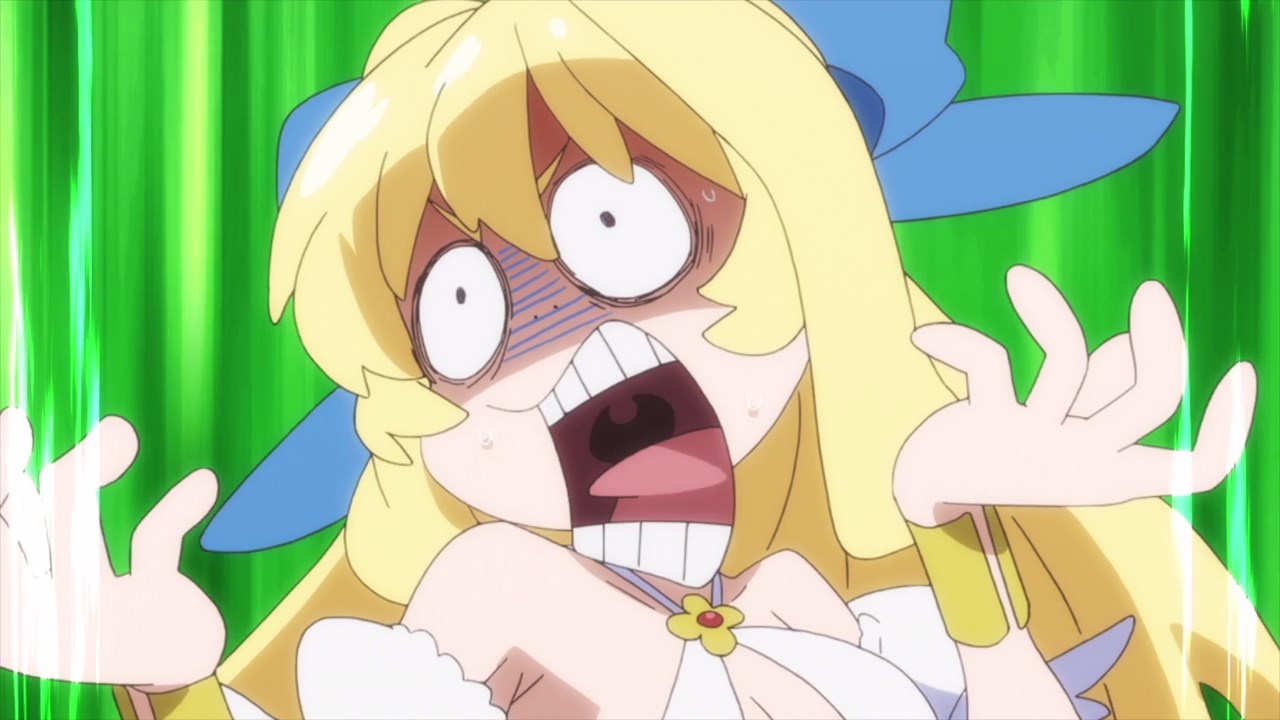 Even Ristarte can’t believe this bullshit where Adenela pulled a 180 and become a nice girl to Seiya. Come to think of it, is he the goddess killer where Seiya’s manly charms can break their hearts?

Still, I hope that Seiya will finish his training with Mitis as time is running out and you know that Beel Bub is killing people with his swarm of flies. Anyways, I’ll see you next time!