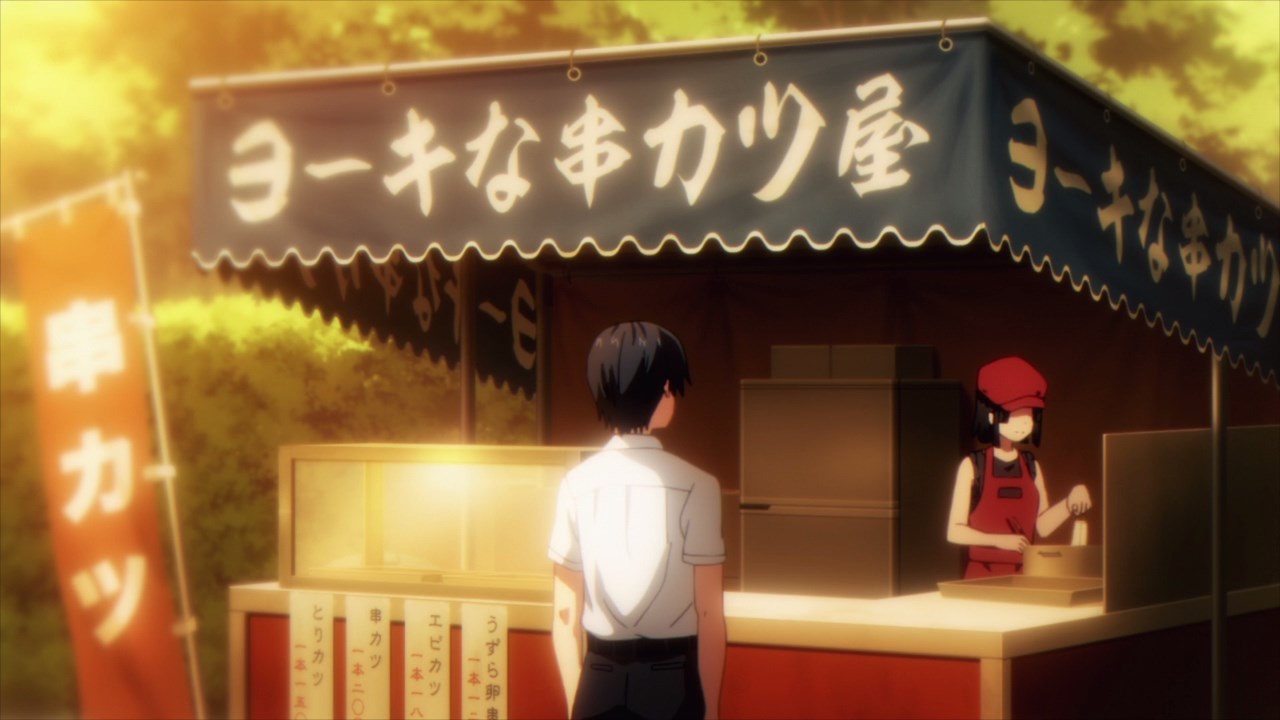 So, let’s start this episode with a flashback as every person that Amatsuyu “Joro” Kisaragi met came from this baseball game in which Taiyo “Sun-chan” Oga and his team conceded defeat. 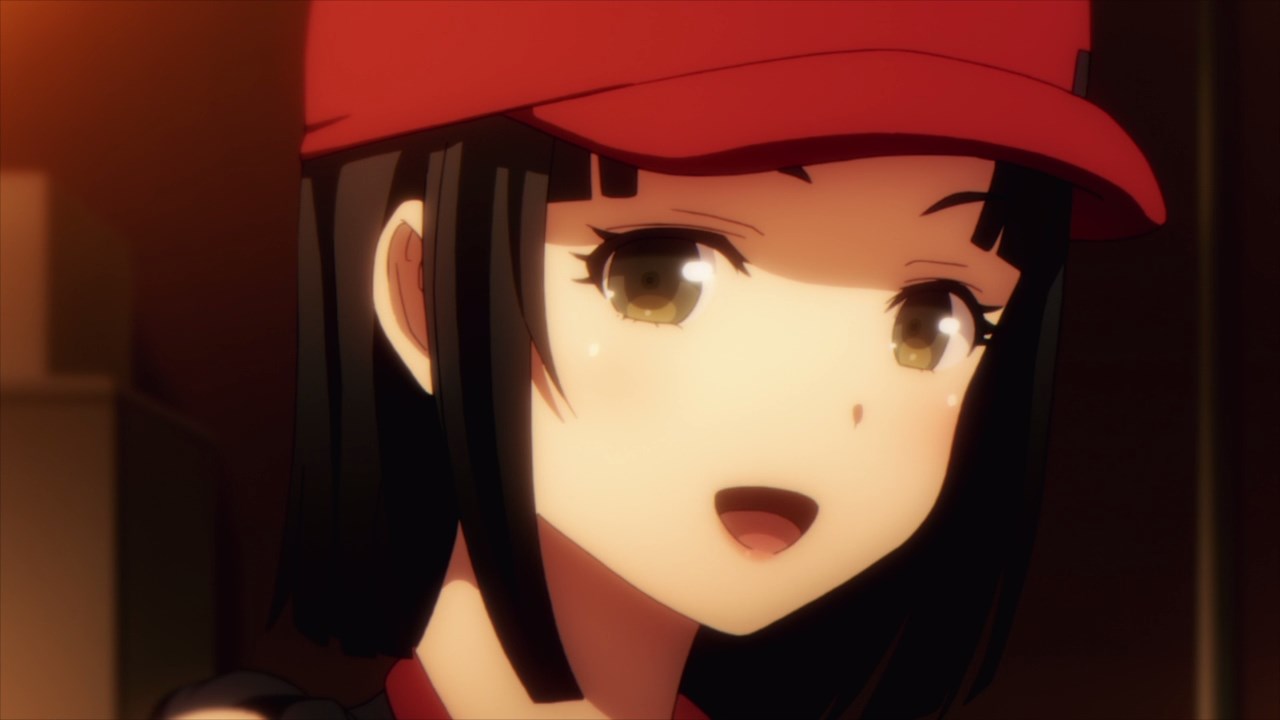 In any case, Joro met this girl named Chiharu “Tsubaki” Yoki where he help Tsubaki on selling her deep-fried skewers.

Although he forgot about her after that baseball game, it seems that Joro finally remembered Tsubaki now that she finally transferred to Nishikizuta High School. 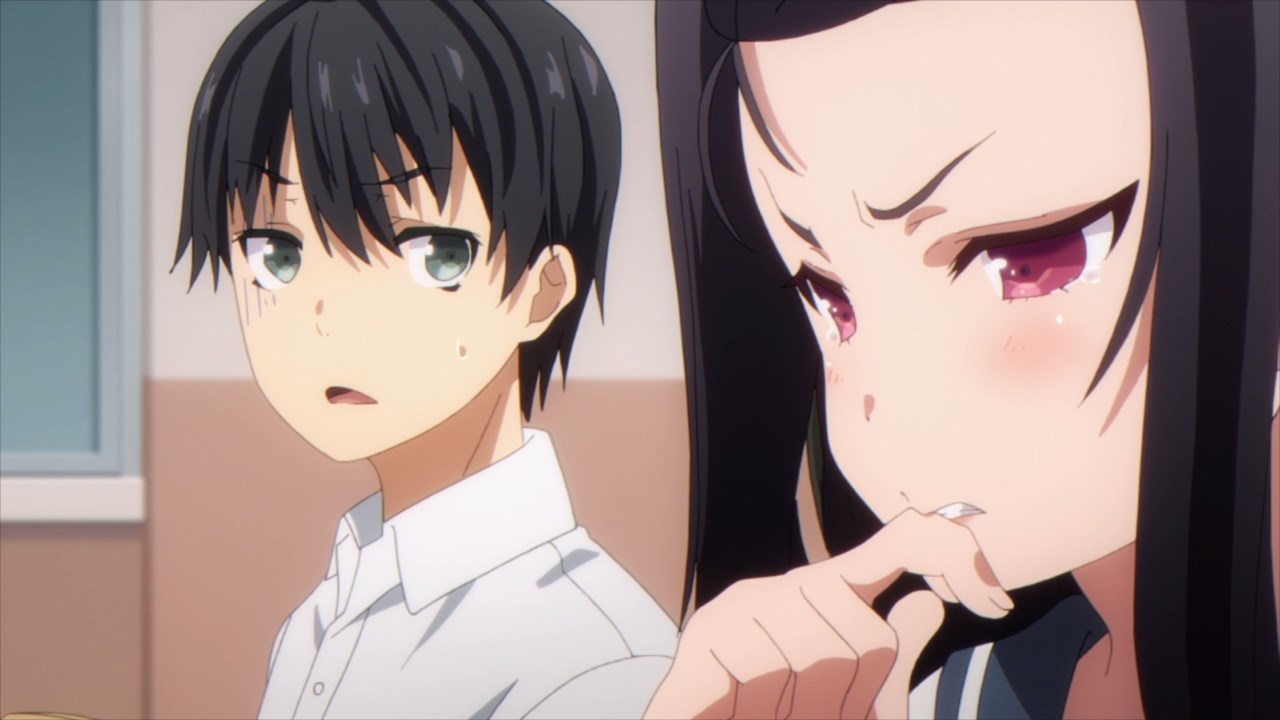 And as you can see, some girls couldn’t believe that they’re gonna fight Tsubaki for Joro’s affection. This includes Asaka “Sazanka” Mayama where she’s really angry. 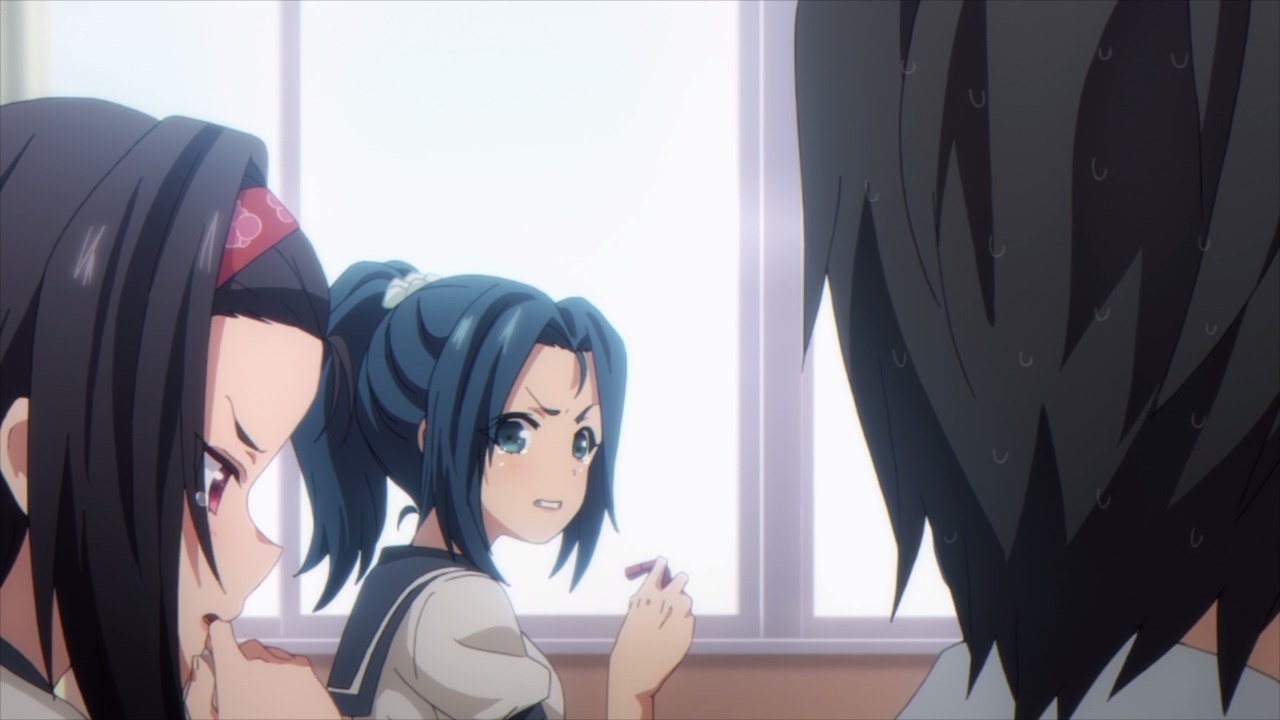 Oh, and let’s not forget about Hina “Asunaro” Hanetachi where she’s also angry when Tsubaki showed up.

Wow, are these girls in love towards Joro? The only girl who really loves him is Sumireko “Pansy” Sanshokuin. 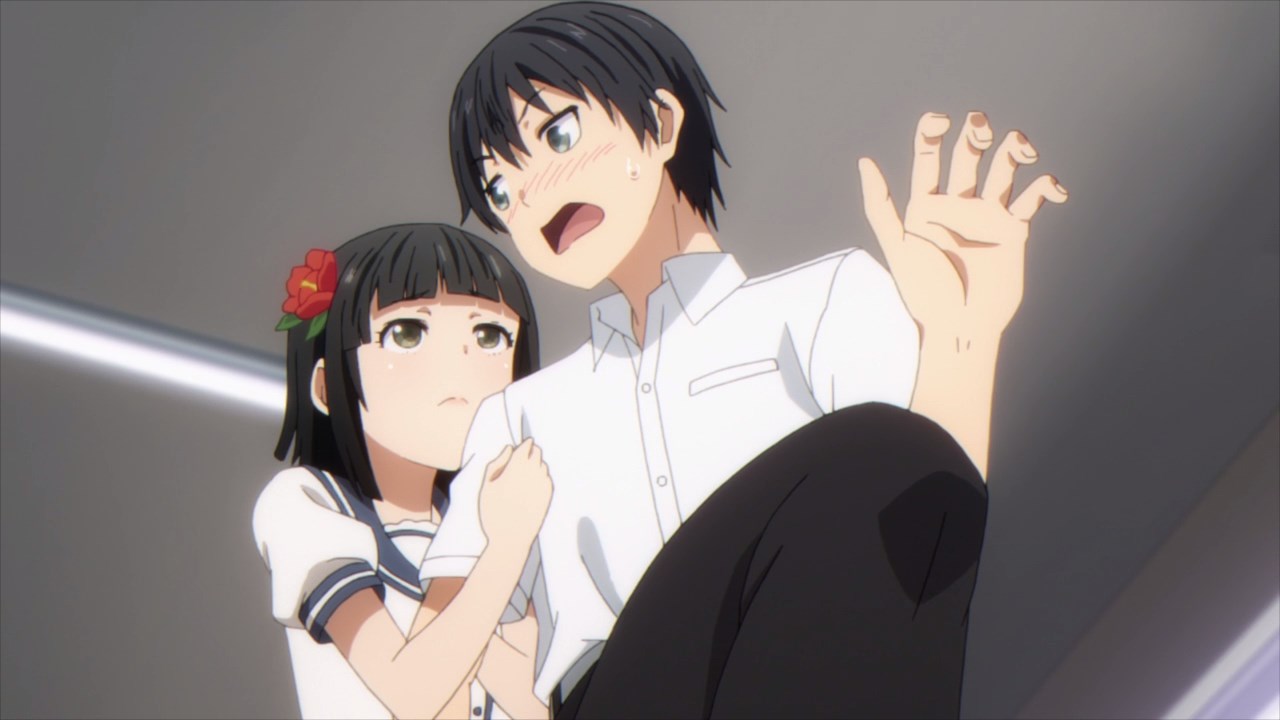 In any case, it seems that Chiharu “Tsubaki” Yoki is spending her time with Amatsuyu “Joro” Kisaragi… 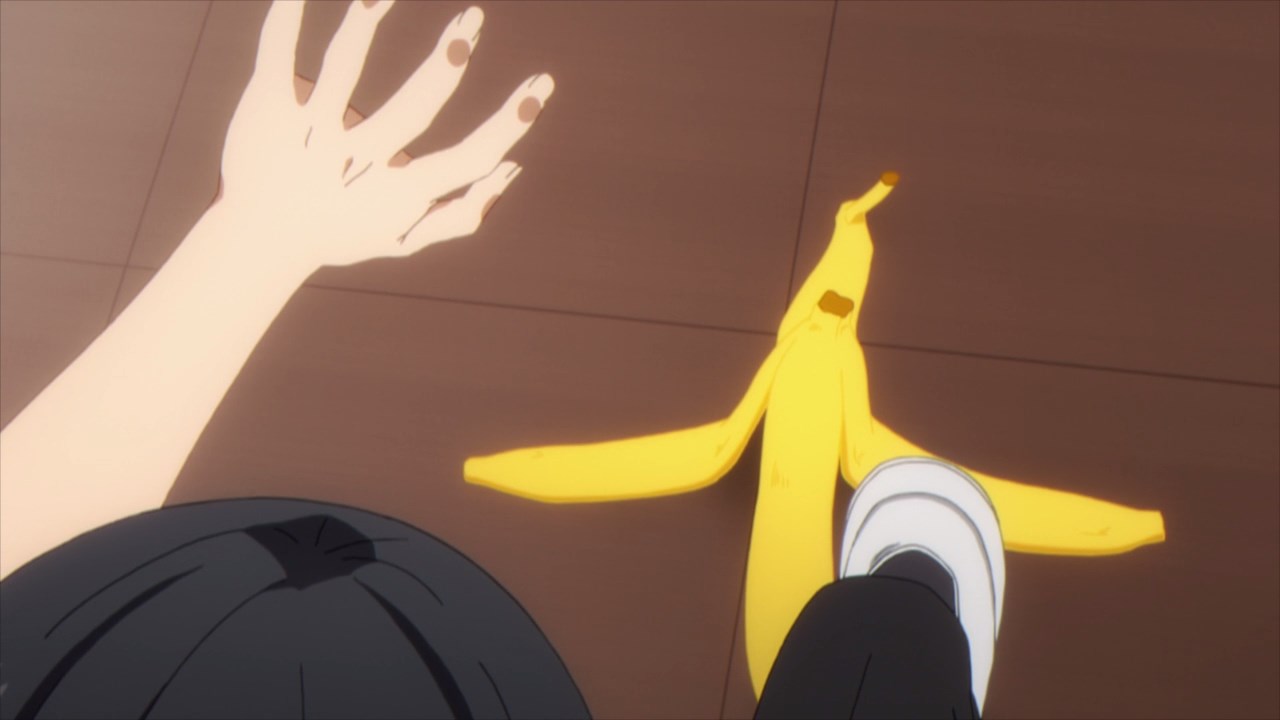 …like saving him from a banana peel. Man, who would do something like this? Is someone has a grudge on Joro, or he/she wants to see who will slip on that peel and laugh at the victim? 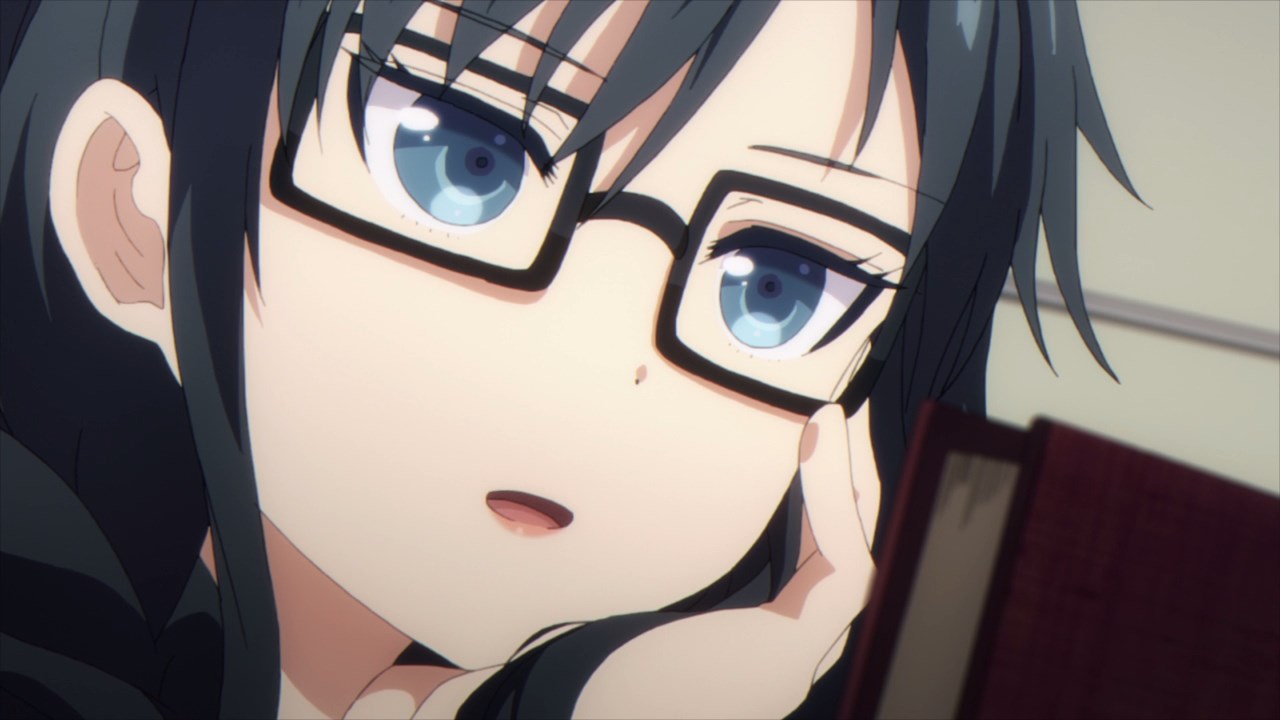 Meanwhile, here’s Sumireko “Pansy” Sanshokuin where she warned Joro that he should watch his back towards Tsubaki. Sure that she’s kind, but you know that Tsubaki might strike Joro down when he’s vulnerable! 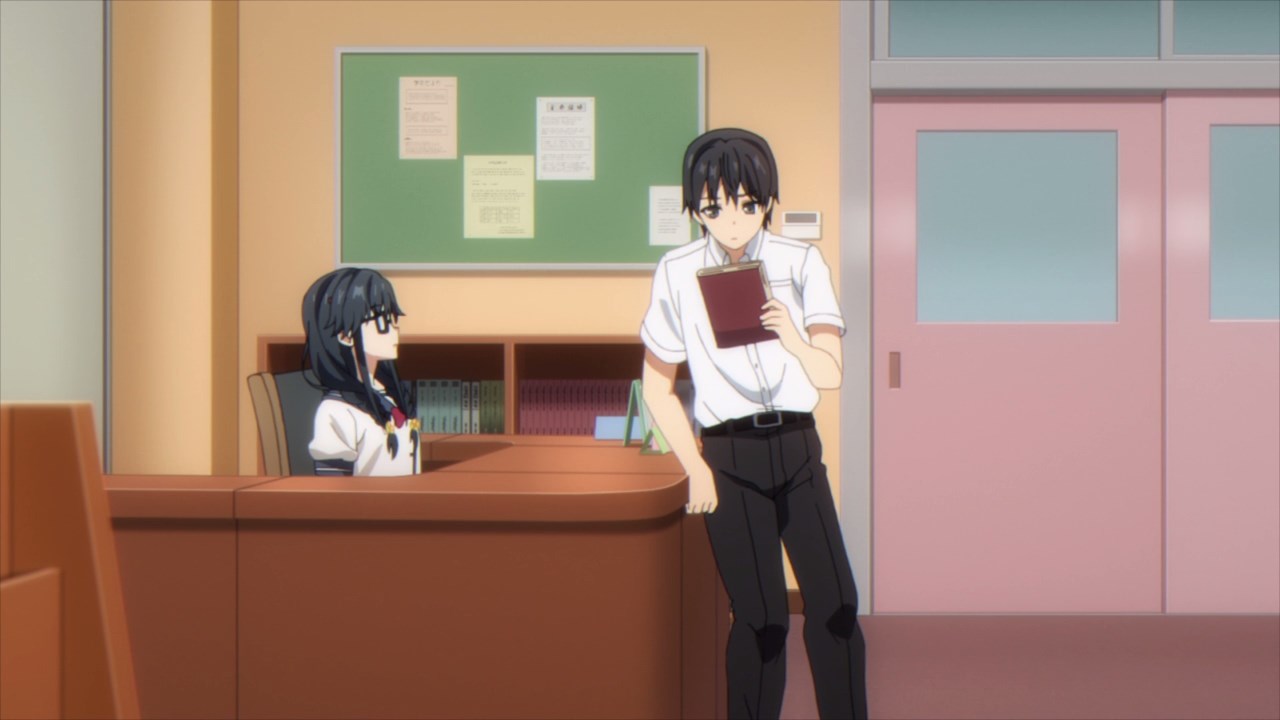 Also, Pansy told Joro to read Natsume Souseki’s collection of essays known as “Kokoro” as it’s a recommended book to read when he wants to pass the time. C’mon, the library is Pansy’s domain and she knows which books are unique to read.

So while Joro will take Souseki’s book of essays, he’s worried about something… 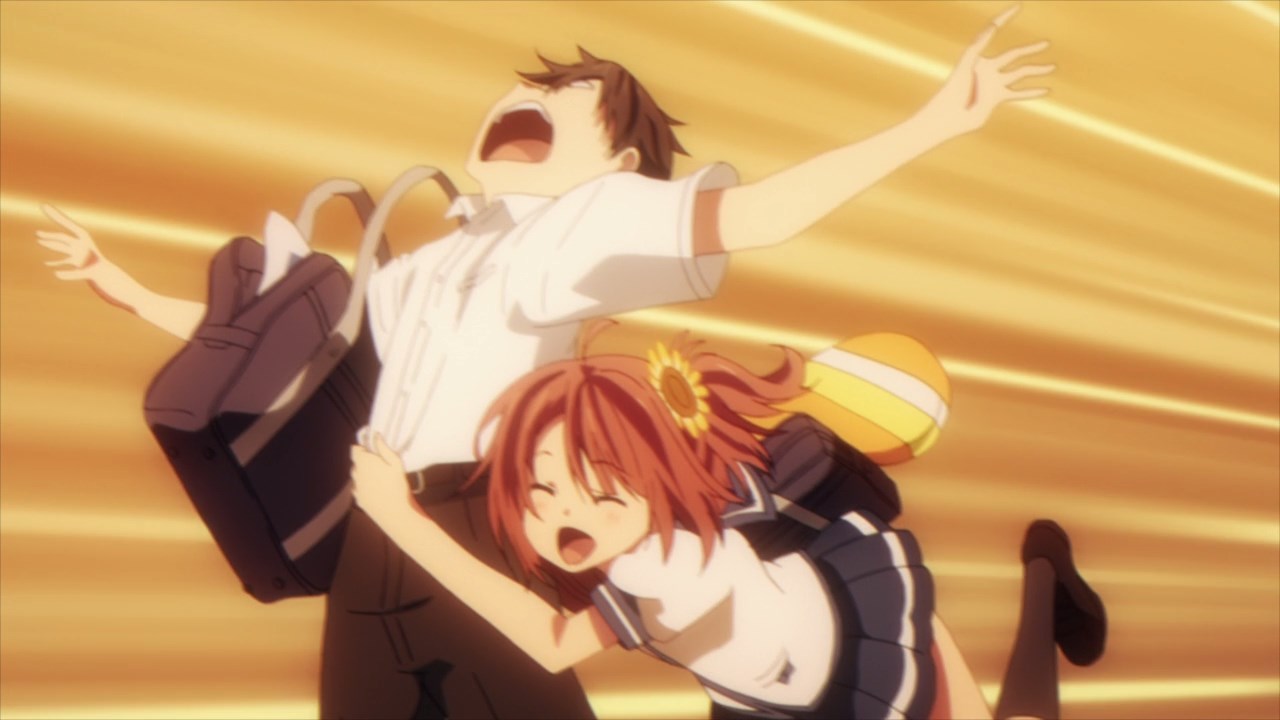 Like his childhood friend’s birthday as Aoi “Himawari” Hinata tackles Amatsuyu “Joro” Kisaragi from behind. Man, Himawari needs to be careful when pouncing Joro. What if he bump his head and got amnesia? 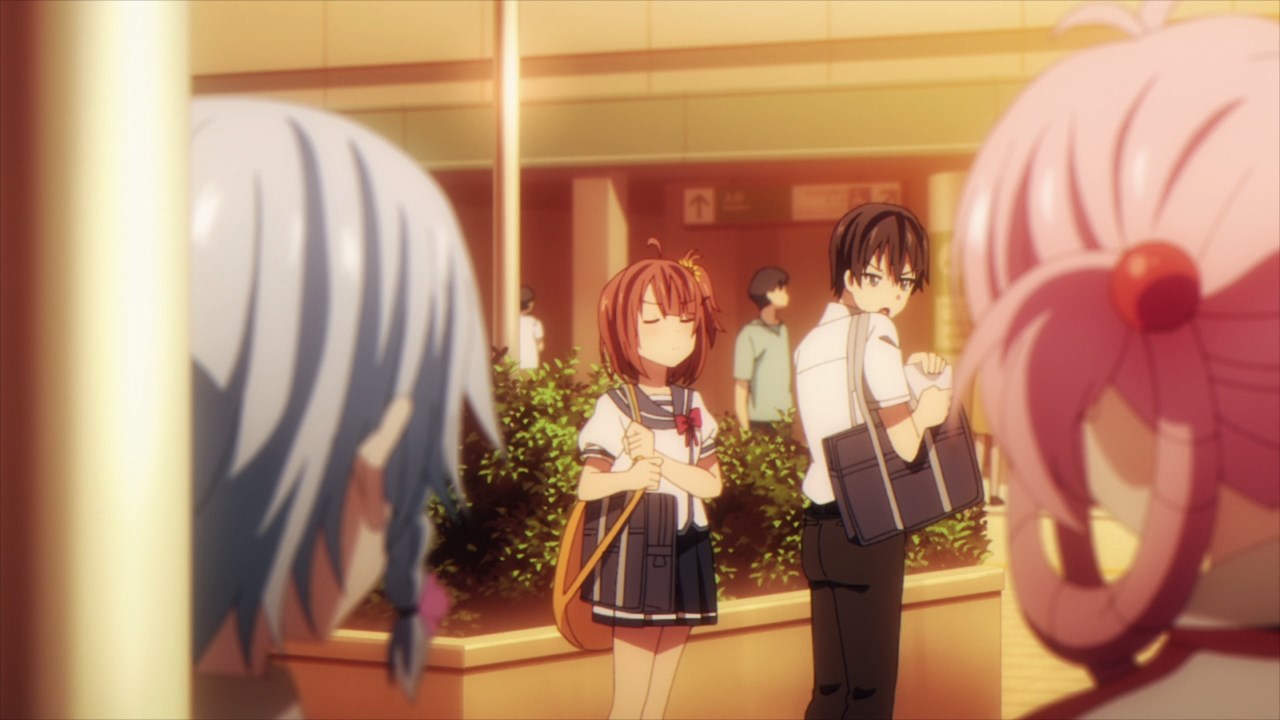 Still, Joro will give his childhood friend a present but right now, he’s busy with other things like reading Natsume Souseki’s book. 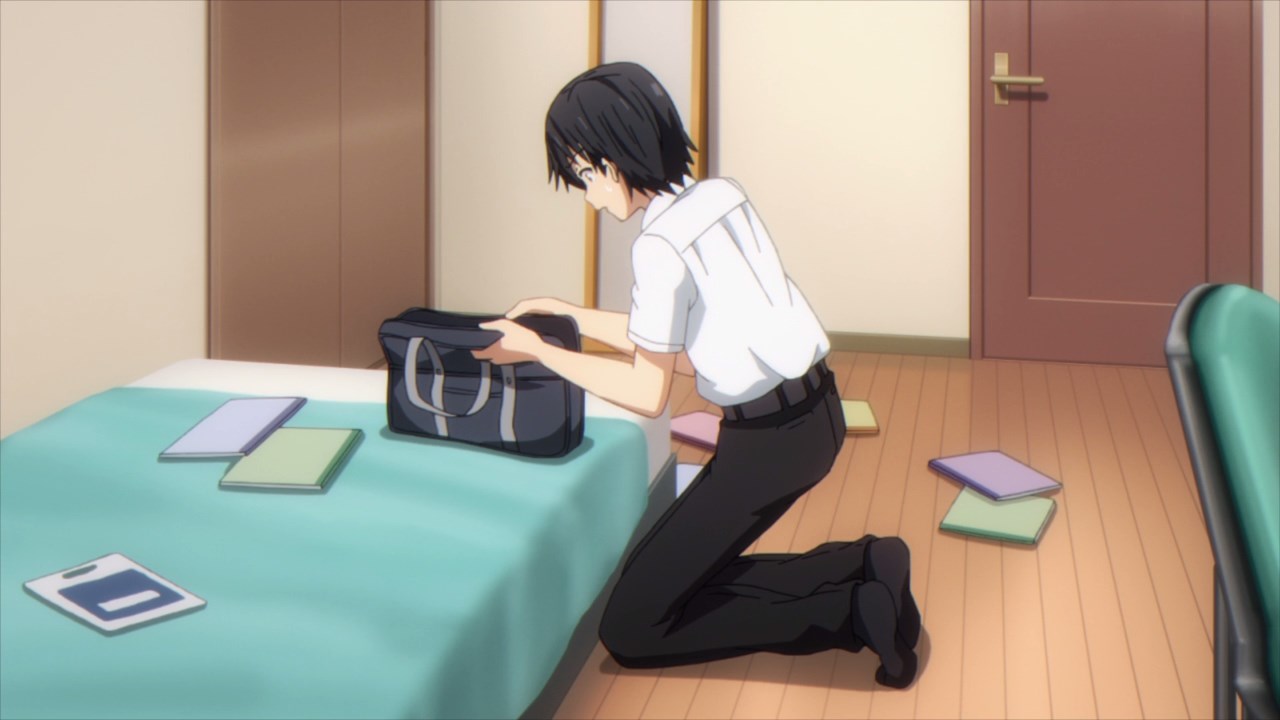 Except that Joro lost it. Could it be that Himawari deliberately tackled him so that he’ll lose the book? Man, all I can say is that Joro calls it a bitchy move from Himawari! 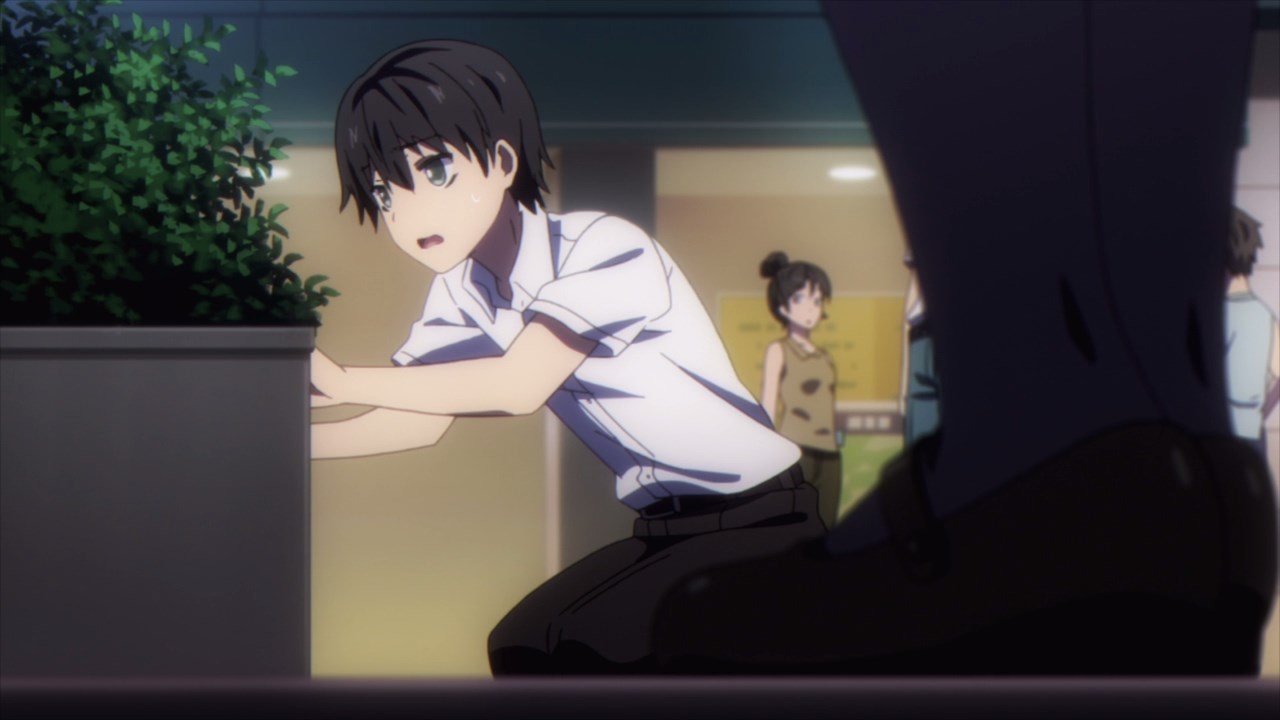 So, he went back to the train station since Joro lost his book on this spot. Then again, his chances of finding it is somewhat slim. 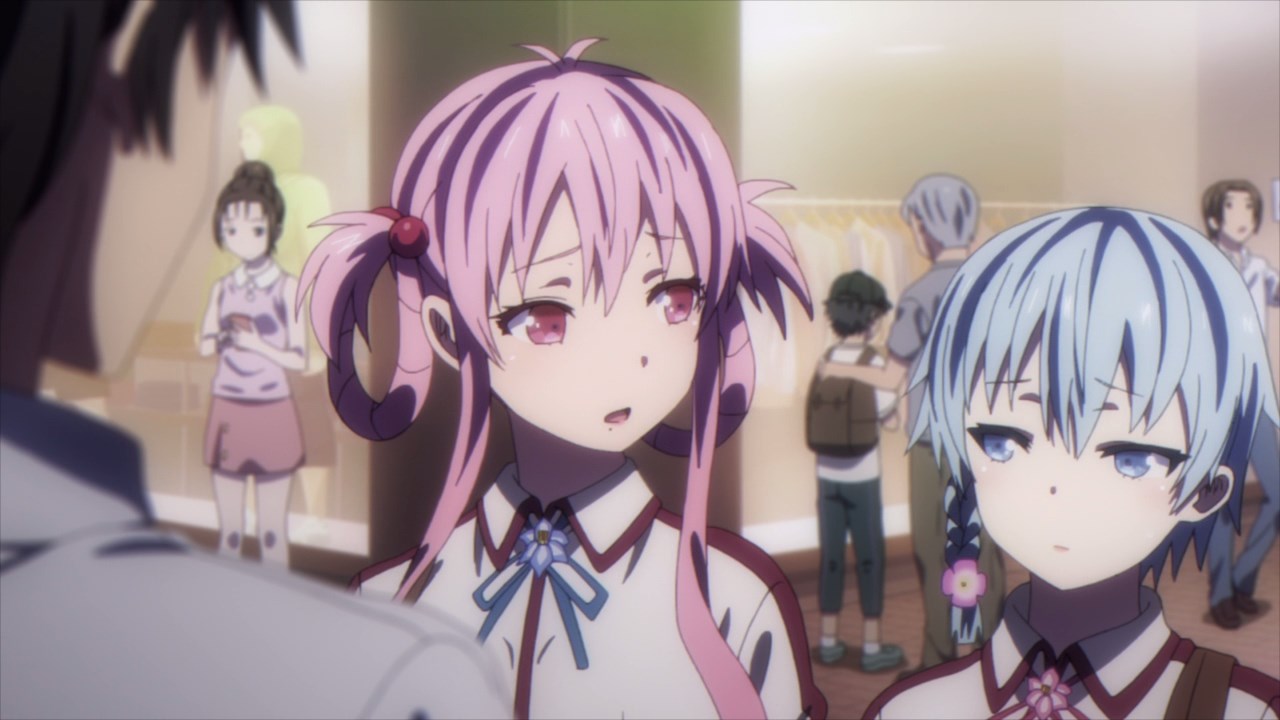 That’s until both girls approached him as they found Natsume Souseki’s book of essays. 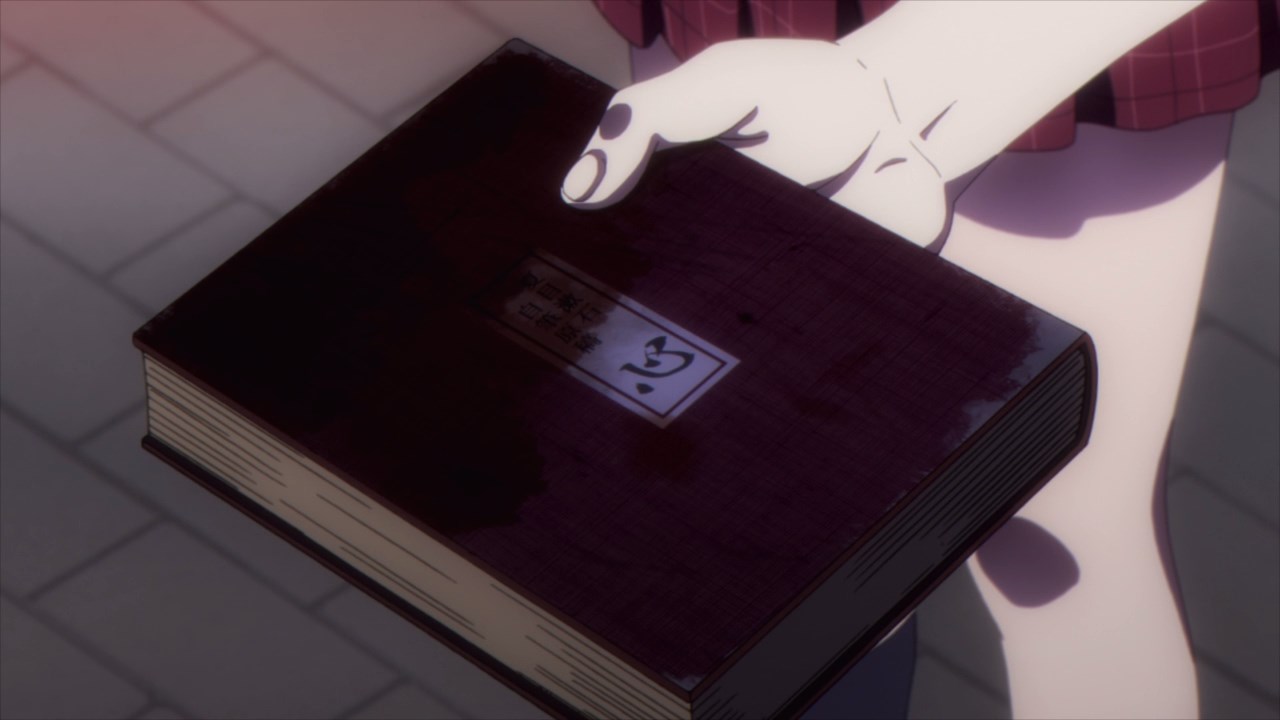 Unfortunately, Souseki’s Kokoro got messed up as someone dropped the book to a fountain somewhere. 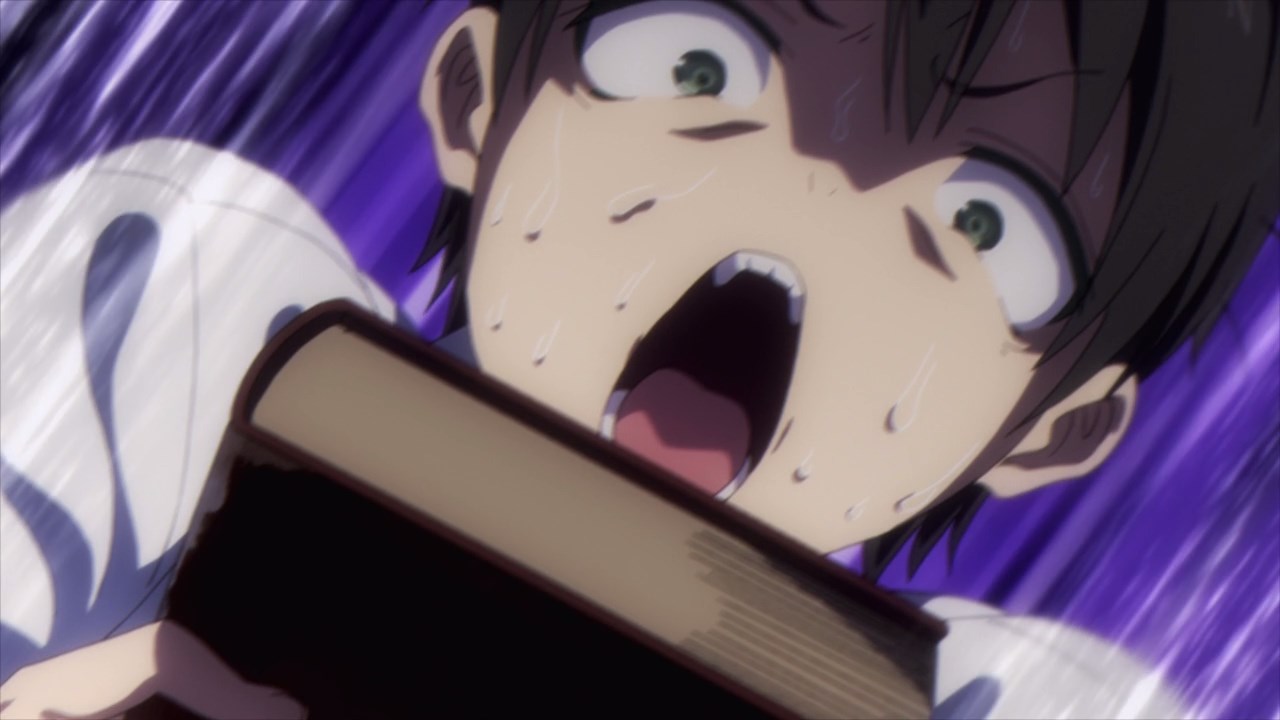 Oh, and here’s the kicker though as Souseki’s Kokoro is pretty expensive as the price is comparable to Shenmue. Wait, are they talking about the production cost of making it or the physical copy of that game which was released in 1999 on the Sega Dreamcast?

Regardless, Joro is fucked up as he needs to find some funds to buy another copy of Natsume Souseki’s book of essays. Come to think of it, I feel that Joro got caught in a trap! 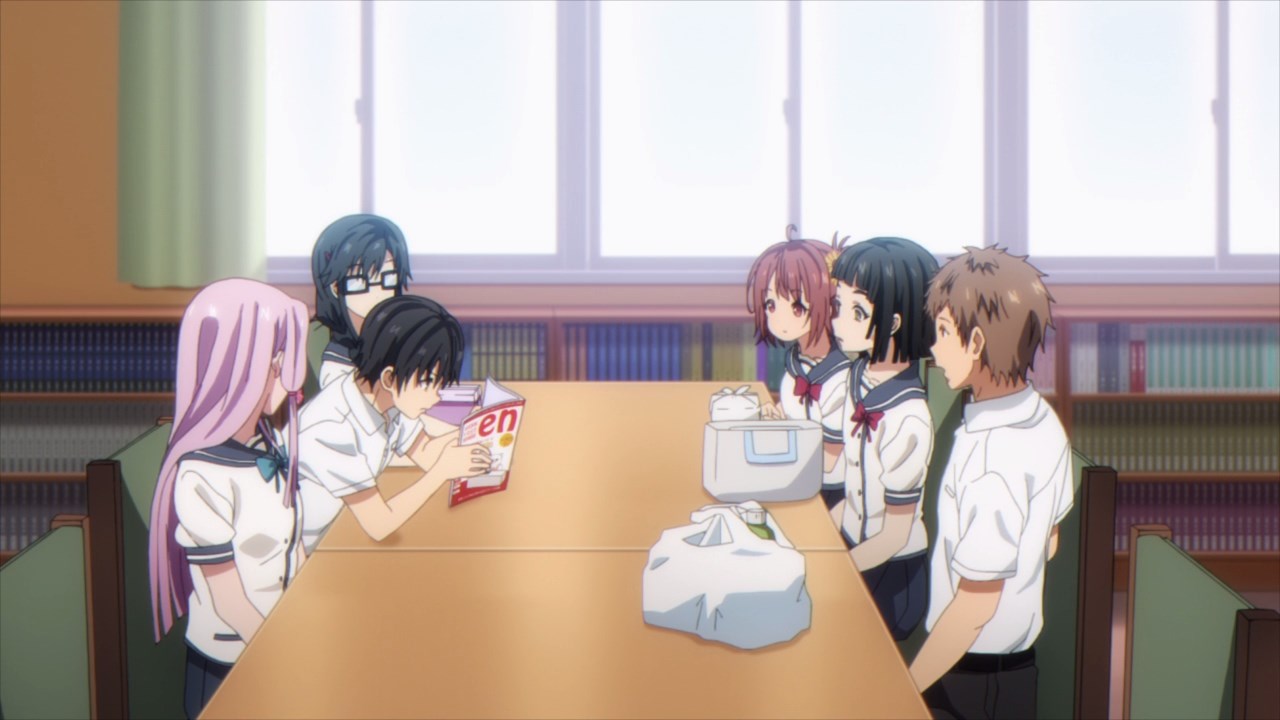 So, Joro has no other choice but to find a part-time job that would give him money to buy a copy of Natsume Souseki’s book of essays.

Then again, it’s impossible for him to find a job that would pay him a large sum since Joro is a high school student. 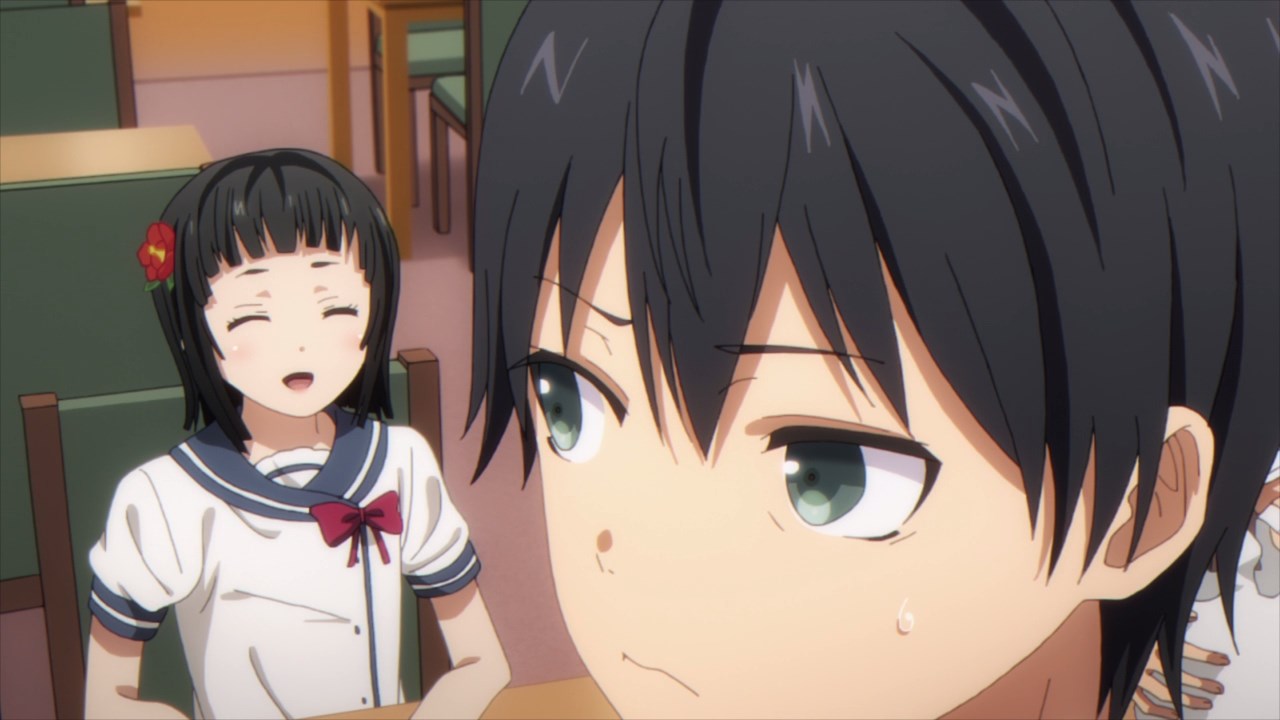 Fortunately, Chiharu “Tsubaki” Yoki offered him a job at her family-owned restaurant that would give him a large salary. That’s nice of her, but is it legit? 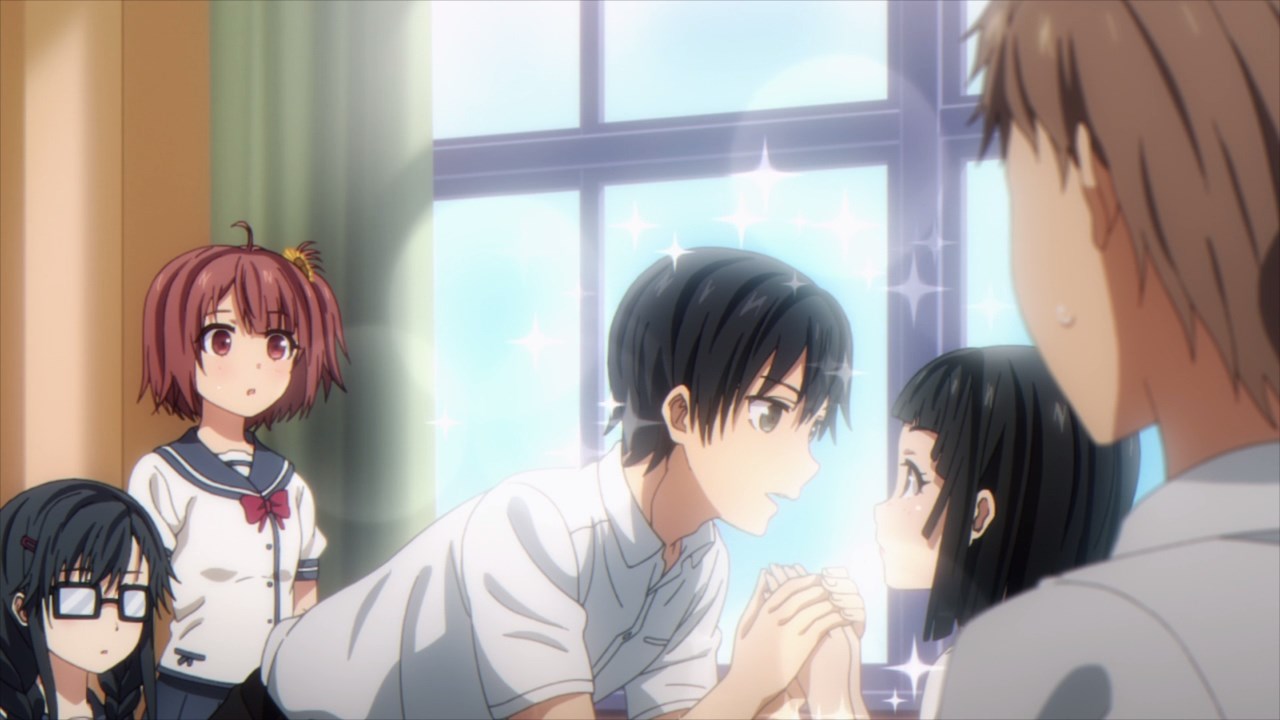 Regardless, Joro accepted Tsubaki’s offer as he’ll work at her family-owned restaurant. Of course, I’m worried that he got caught in a nastier trap! 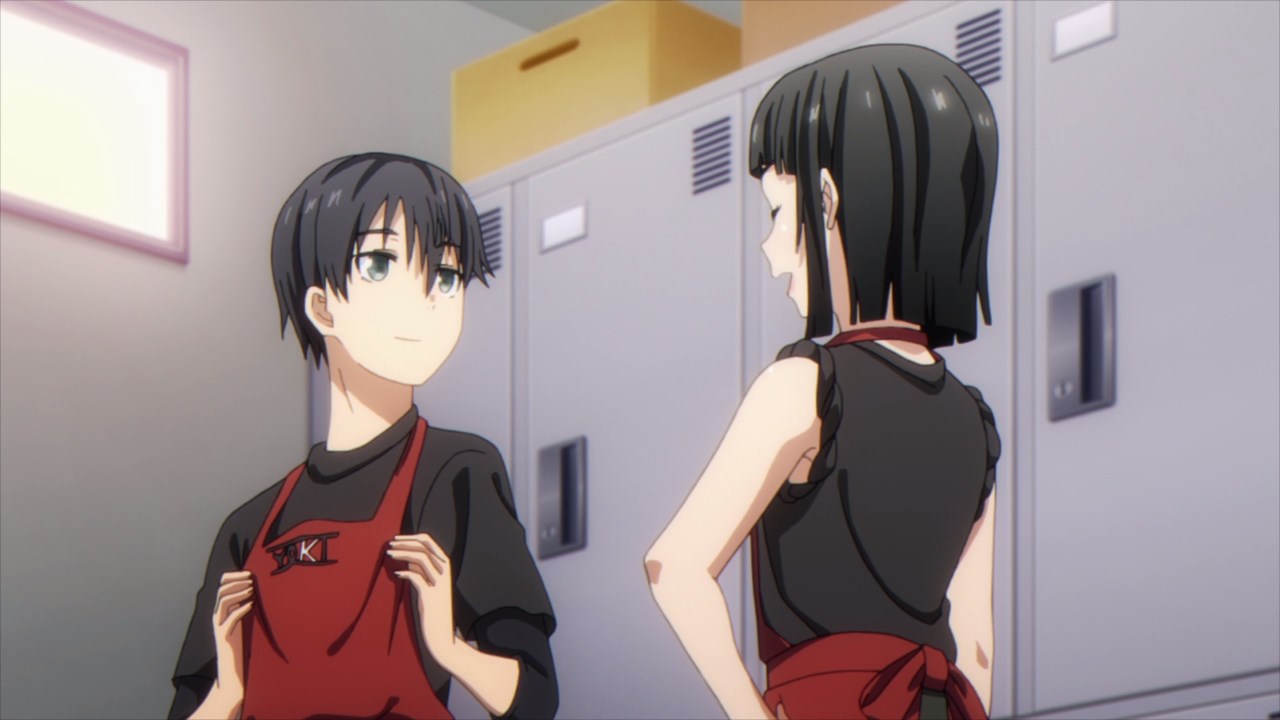 Anyways, that’s about it for Episode 8 as I’ll see you next time where Joro will have a part-time job. Let’s hope that he can pay off Pansy’s book as soon as possible!