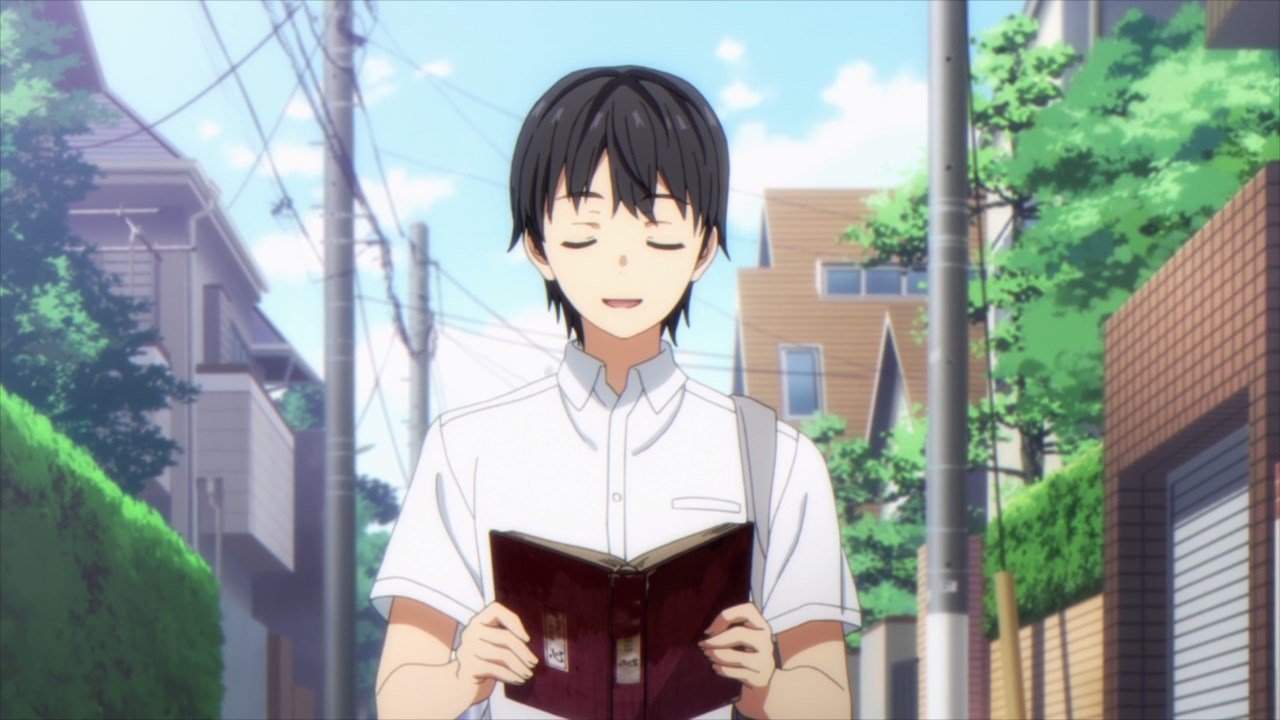 Oh look, it’s Amatsuyu “Joro” Kisaragi as he’s reading Natsume Souseki’s book of essays despite being ruined after someone drop it on a fountain. 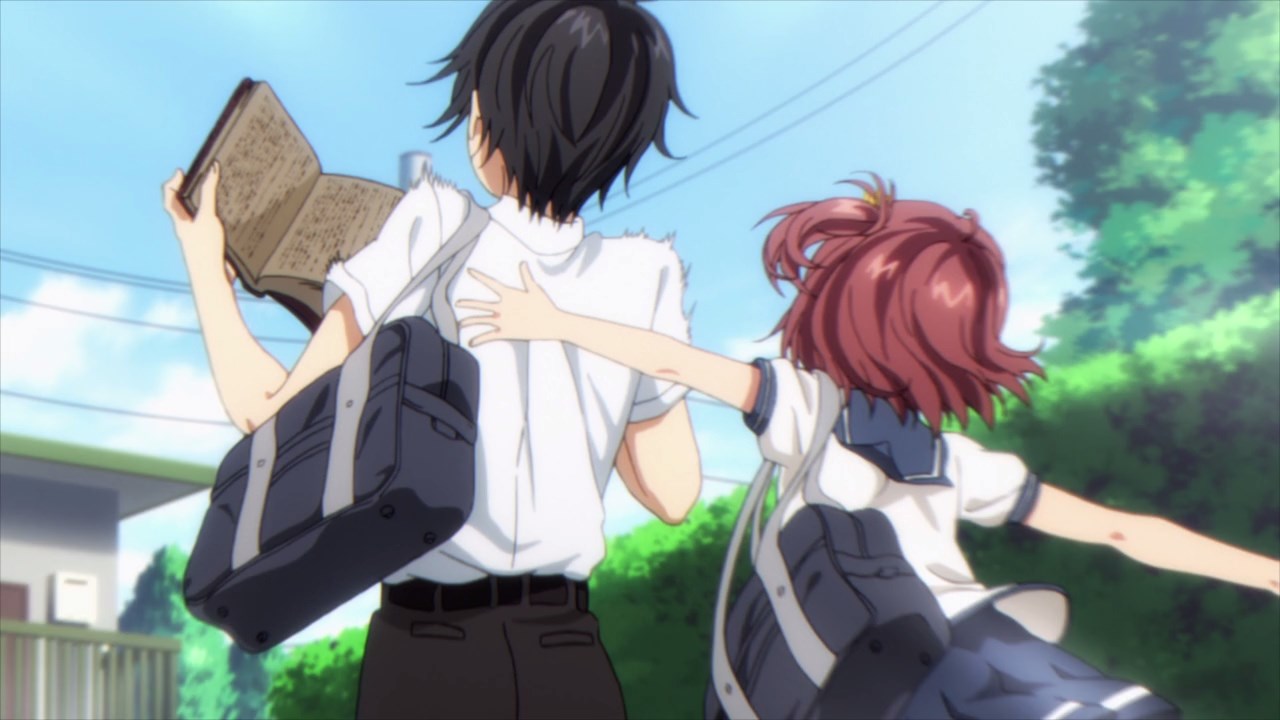 On the other hand, Joro is a bit annoyed that Aoi “Himawari” Hinata slapped him in the back.

Gotta say that he blamed Himawari for ruining everything from losing the book, to being forced to work at Chiharu “Tsubaki” Yoki’s family-owned restaurant in order to buy a new copy. 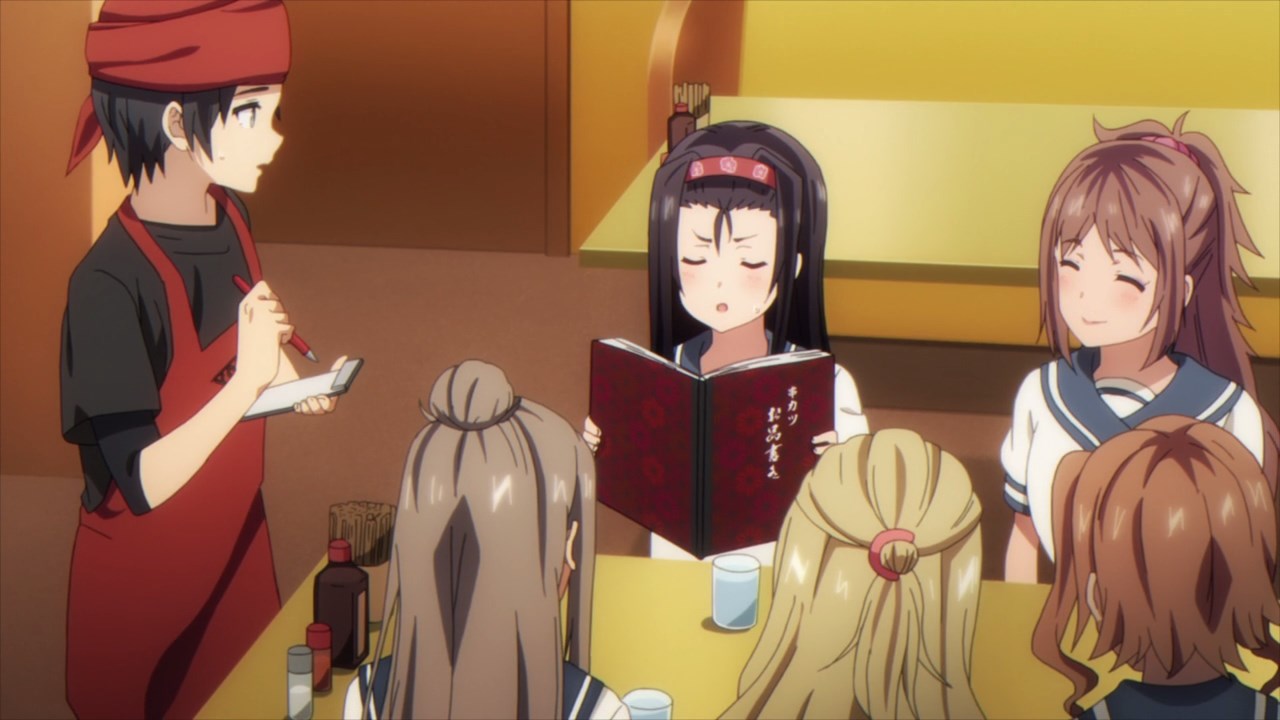 On the other hand, it appears that he’s doing fine at Tsubaki’s family-owned restaurant “Cheerful Skewers” where Joro is working diligently. 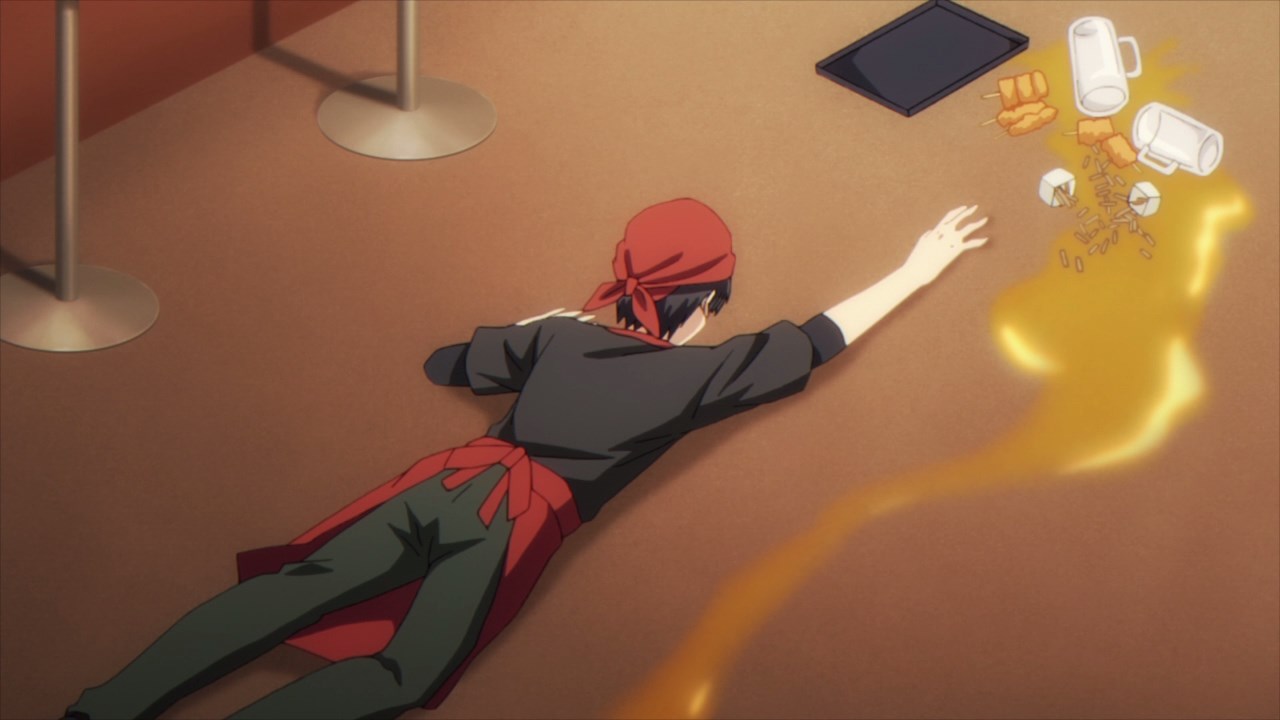 However, he eventually makes mistakes as Joro fell down to the floor and drop the goods. Was he tired or he just got overconfident? Regardless, looks like Joro can’t escape this trap! 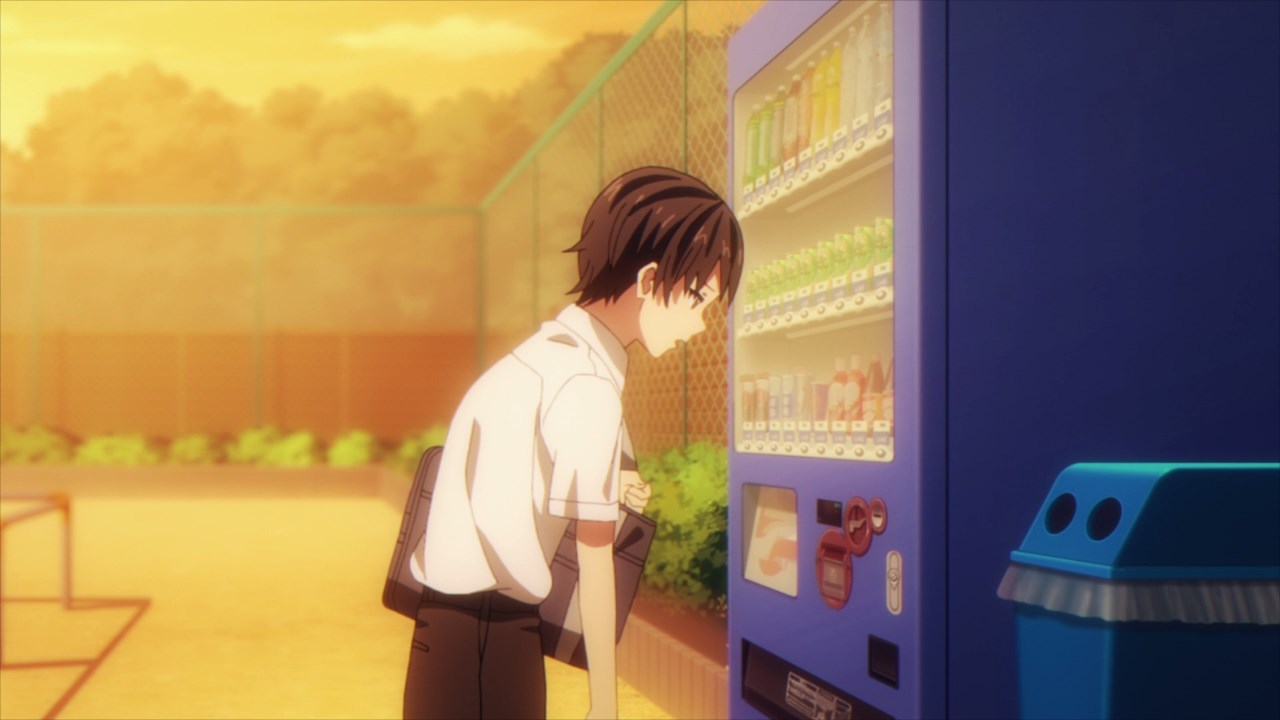 In fact, Joro feared that he might not have enough money to buy a new copy of Souseki’s Kokoro. At this point, he’s at his wits’ end as Joro is losing the motivation to carry out his part-time job. 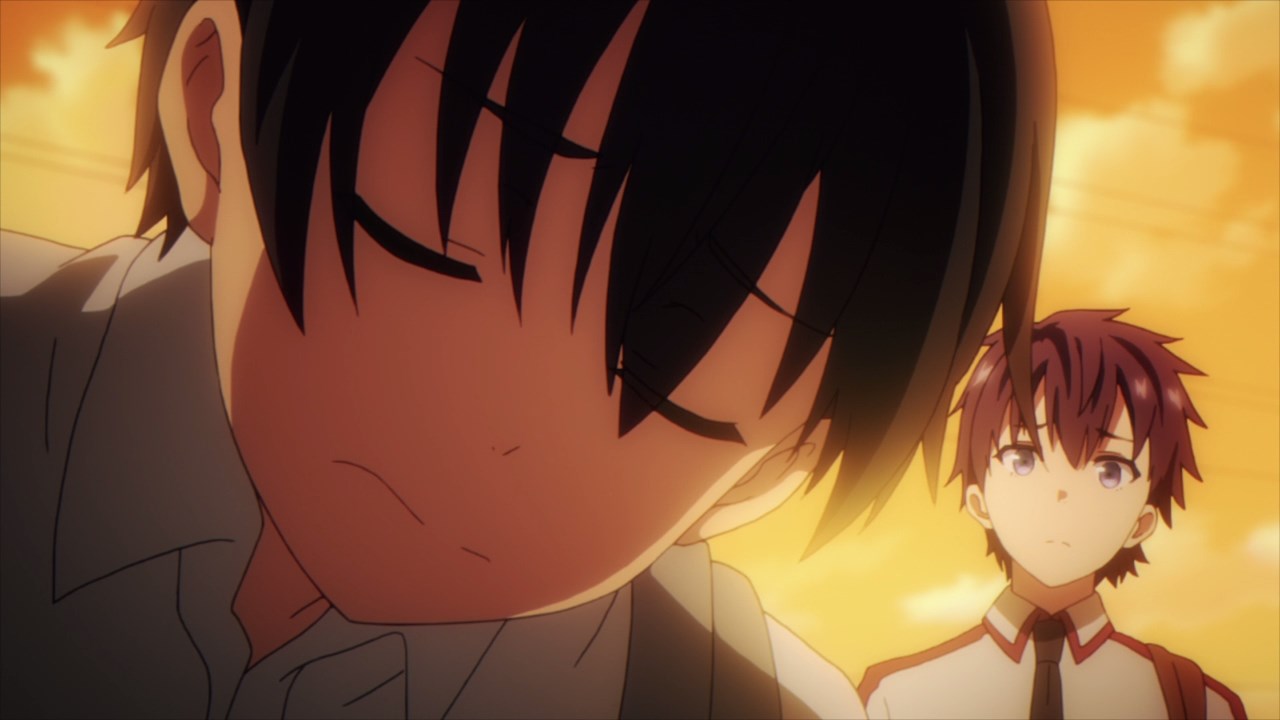 That’s until Joro met this guy named Yasuo Hazuki where he told Joro to move away from the vending machine as he’s gonna buy a drink.

Um Hazuki, I would rather stay away from a guy who had a bad day at the office! 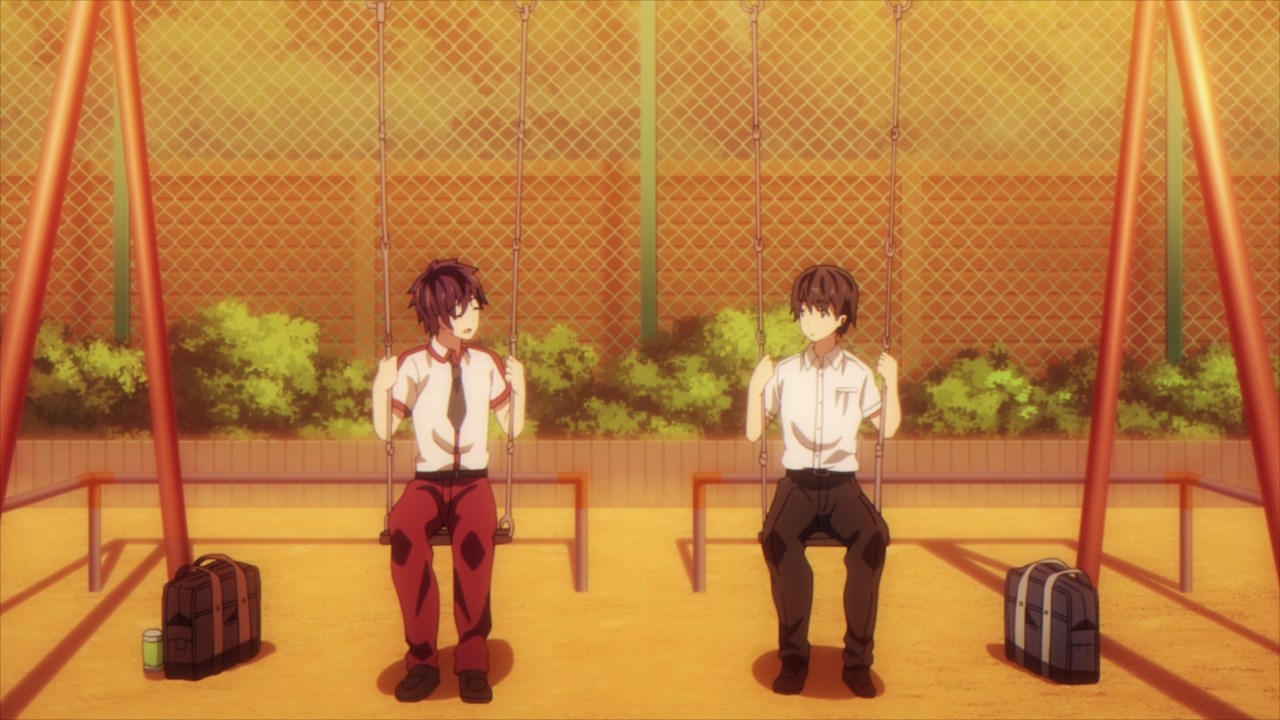 Actually, Yasuo Hazuki told Amatsuyu Kisaragi to focus on making amends to the likes of Sumireko “Pansy” Sanshokuin without worrying about getting hurt in the process.

Basically, Hazuki told Kisaragi to carry on until he finally accomplish his objective. Well, that was a nice advise from that guy and I’m sure that we’re gonna see Yasuo pretty soon. 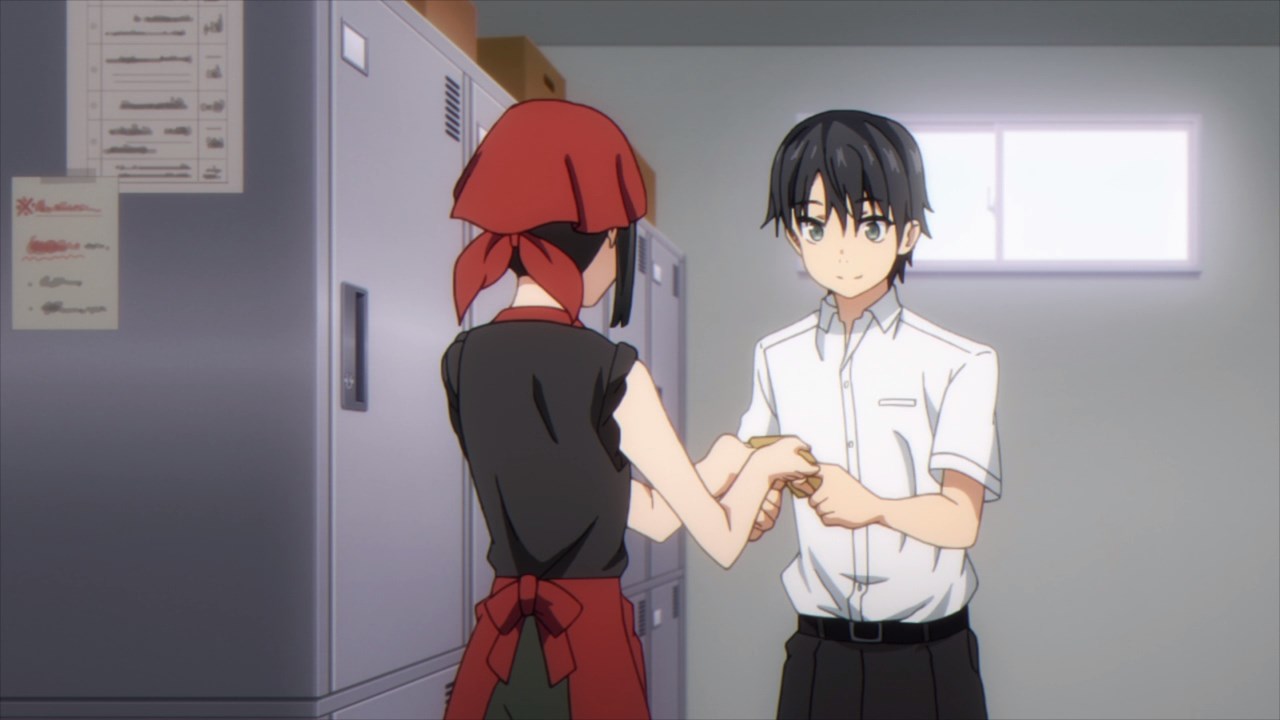 With that said, looks like Amatsuyu “Joro” Kisaragi got his paycheck after working part-time at the restaurant. Now that he got the money, it’s time for Joro to buy a new copy of Natsume Souseki’s book of essays. 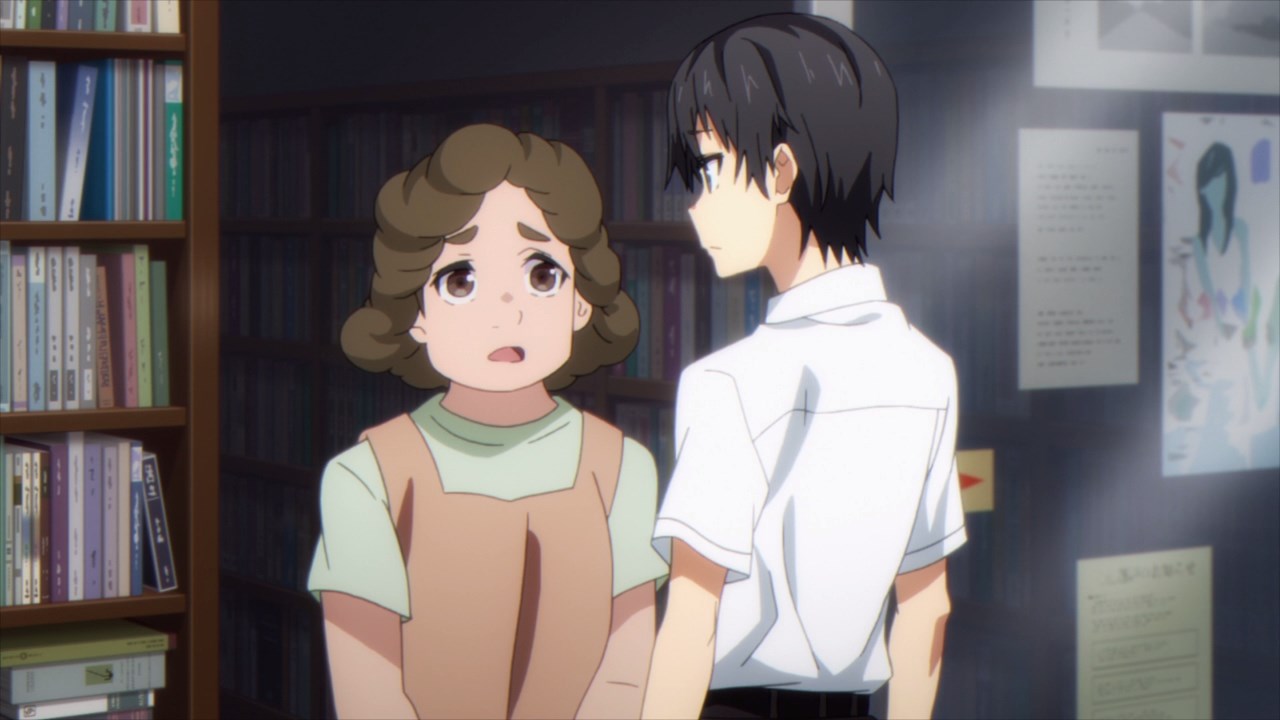 But then, someone beat him to the punch as the lady told Joro that a girl bought the last copy of Souseki’s Kokoro. Man, I wonder who bought it? 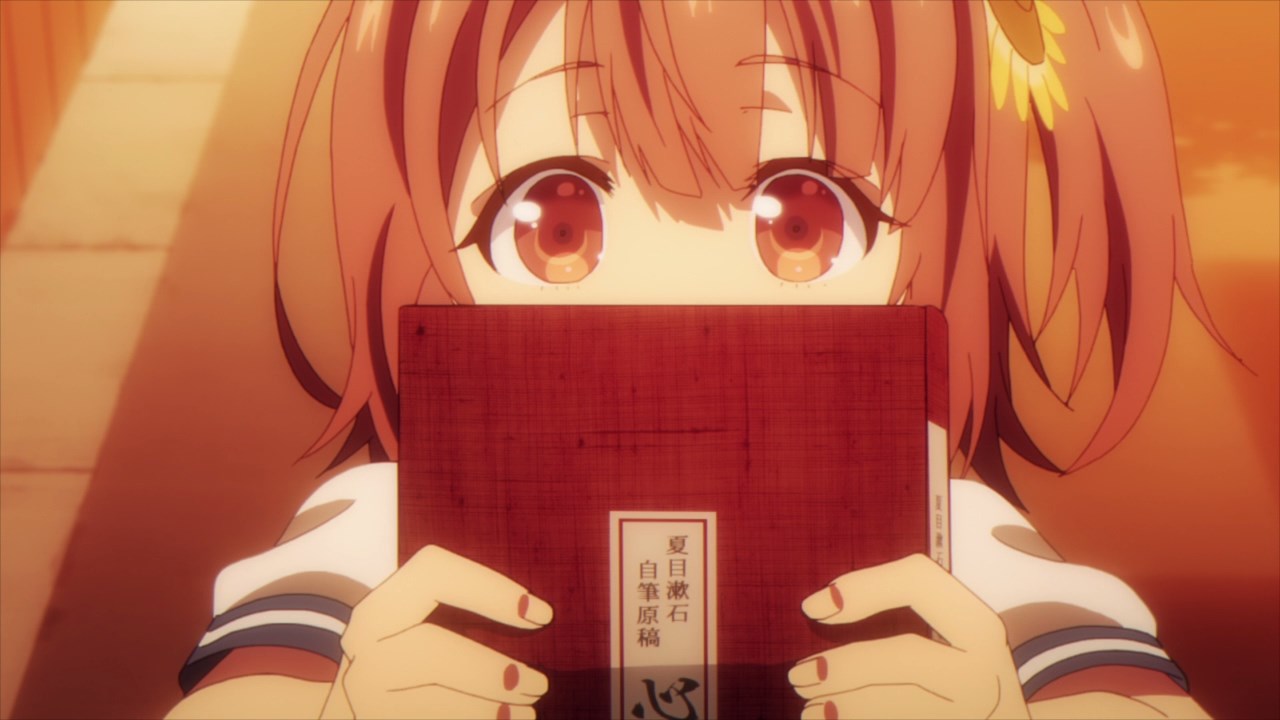 Oh, don’t tell me that Himawari is the one who bought a copy of Souseki’s Kokoro? Is she trying to make amends with Joro after tackling him at the station in the previous episode? 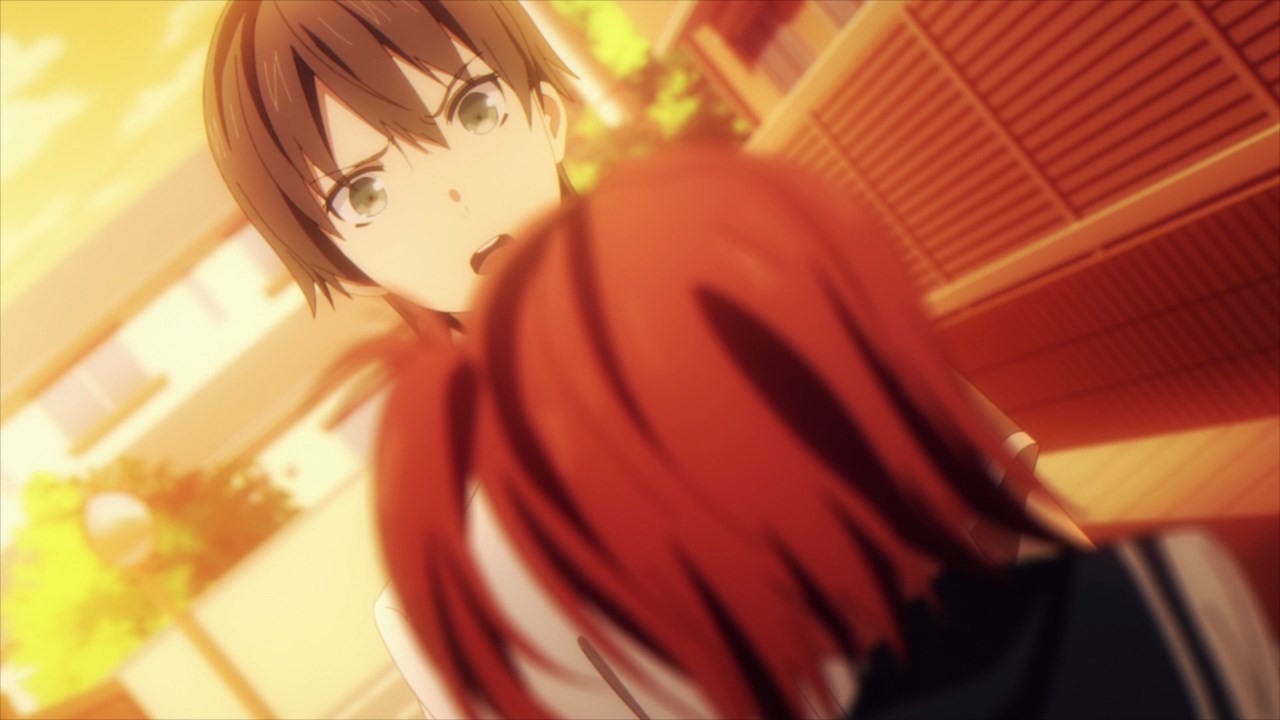 Joro meanwhile is not amused because he would rather buy it using his hard-earned money than having his childhood friend buy it.

Also, Joro told Himawari to focus on her upcoming tennis tournament instead of using her money to buy Souseki’s Kokoro. 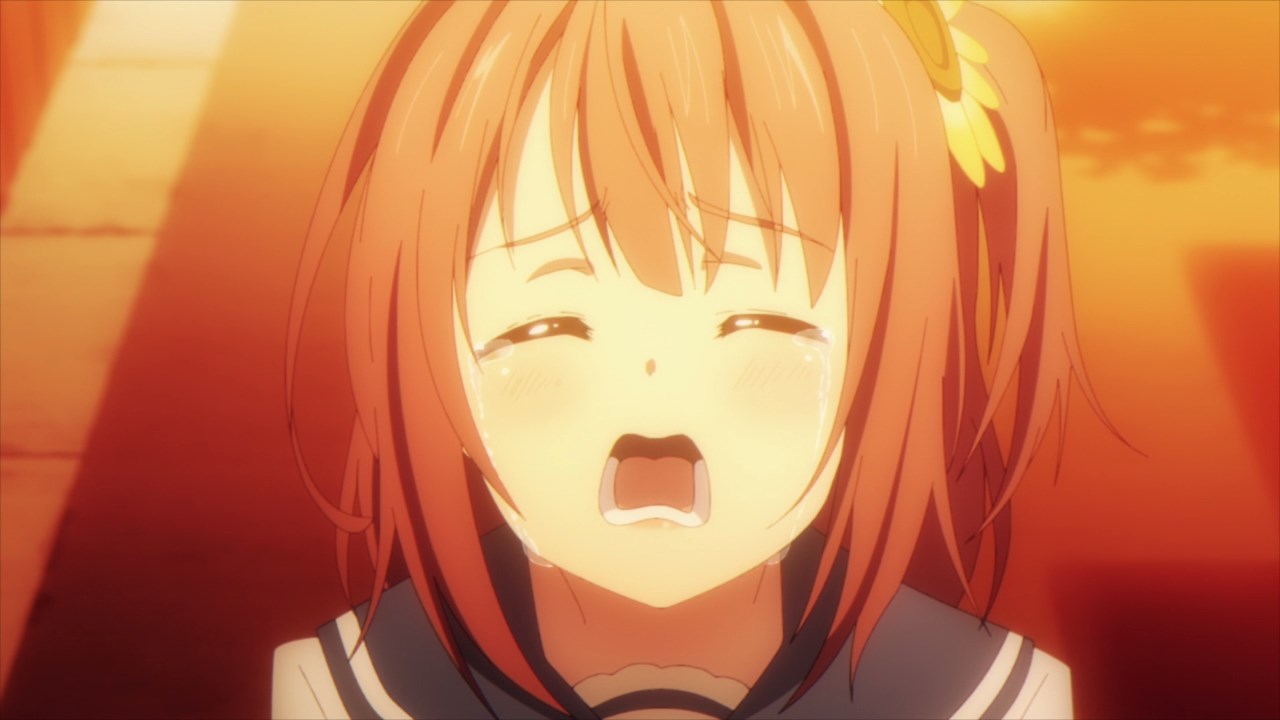 Unfortunately, Joro’s harsh words has made Himawari cry as she said sorry for everything that happened in the previous episode. 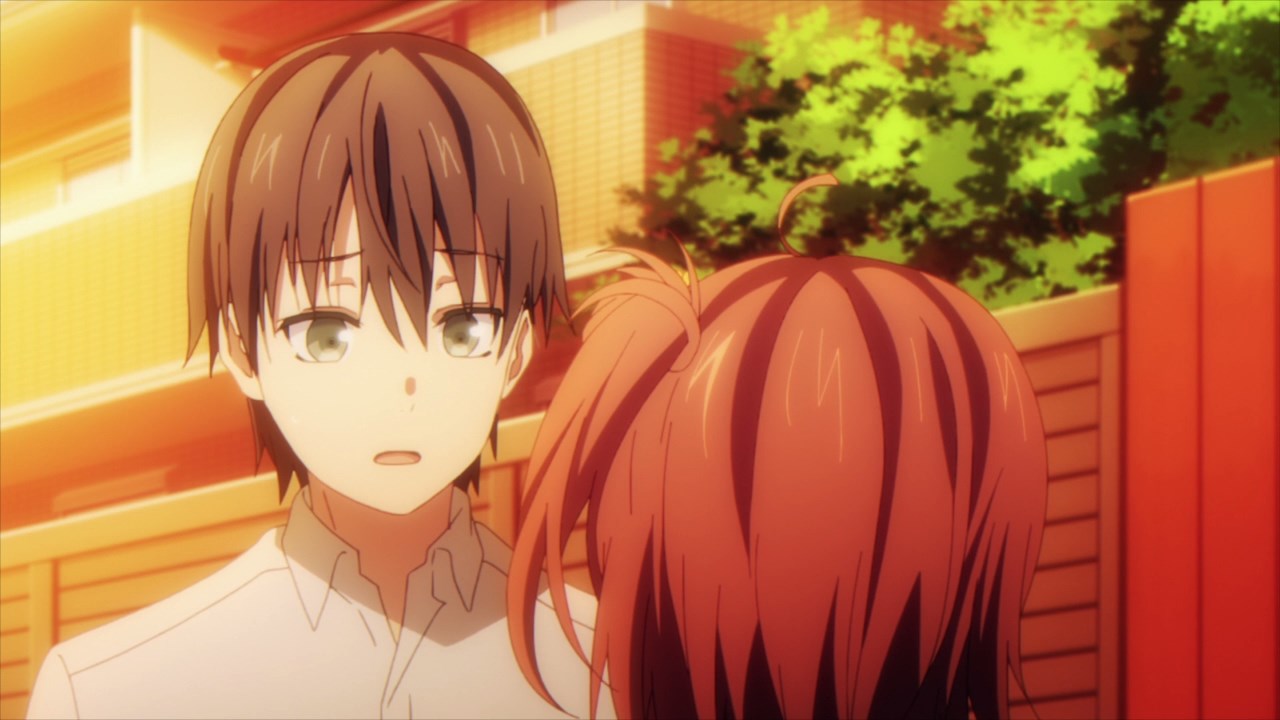 Um Joro, you should apologize for being mean to your childhood friend! But then again, even words is not enough to forgive Himawari so how will he do it? 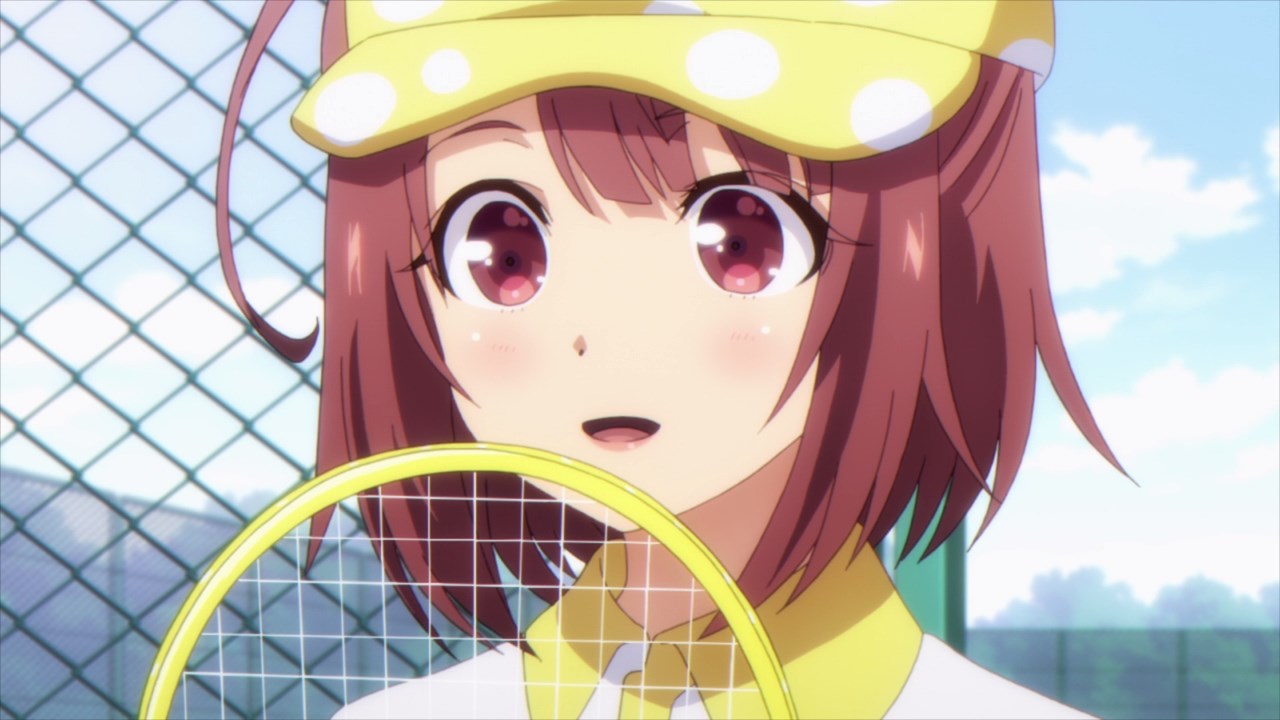 Well, how about buying a new racket as a birthday gift for Aoi “Himawari” Hinata. After all, she bought Souseki’s book of essays using her own money. 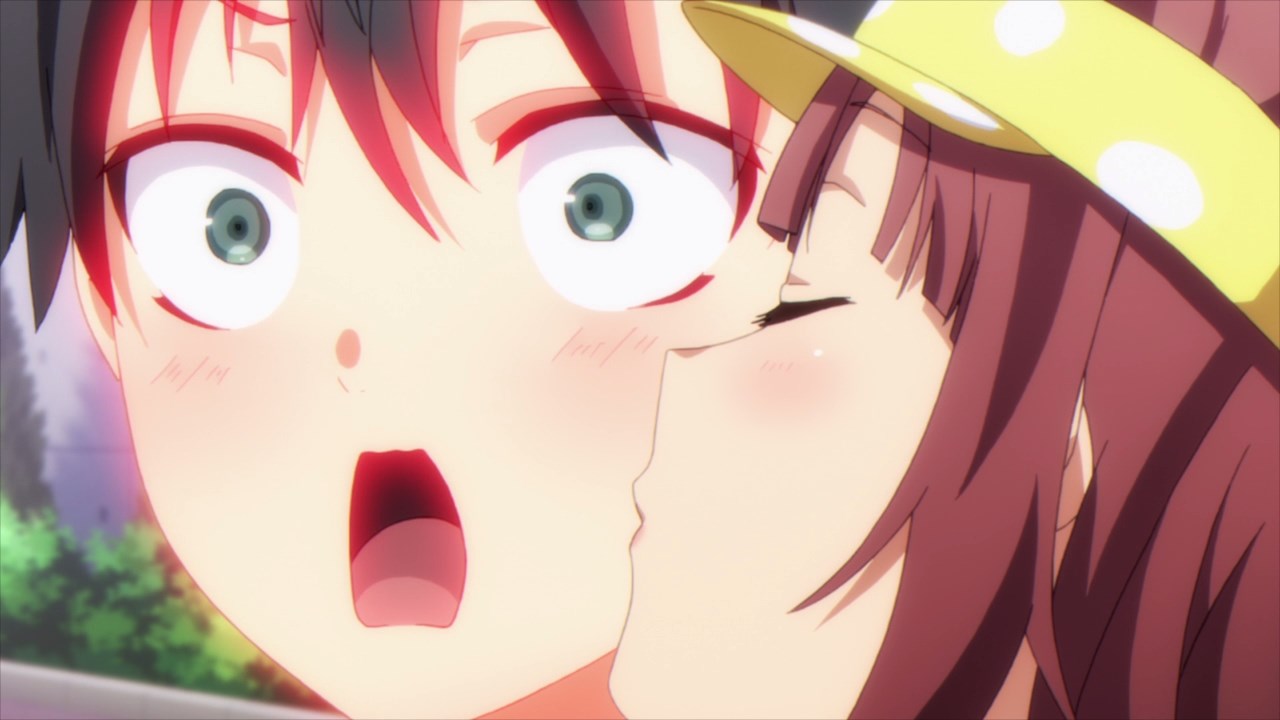 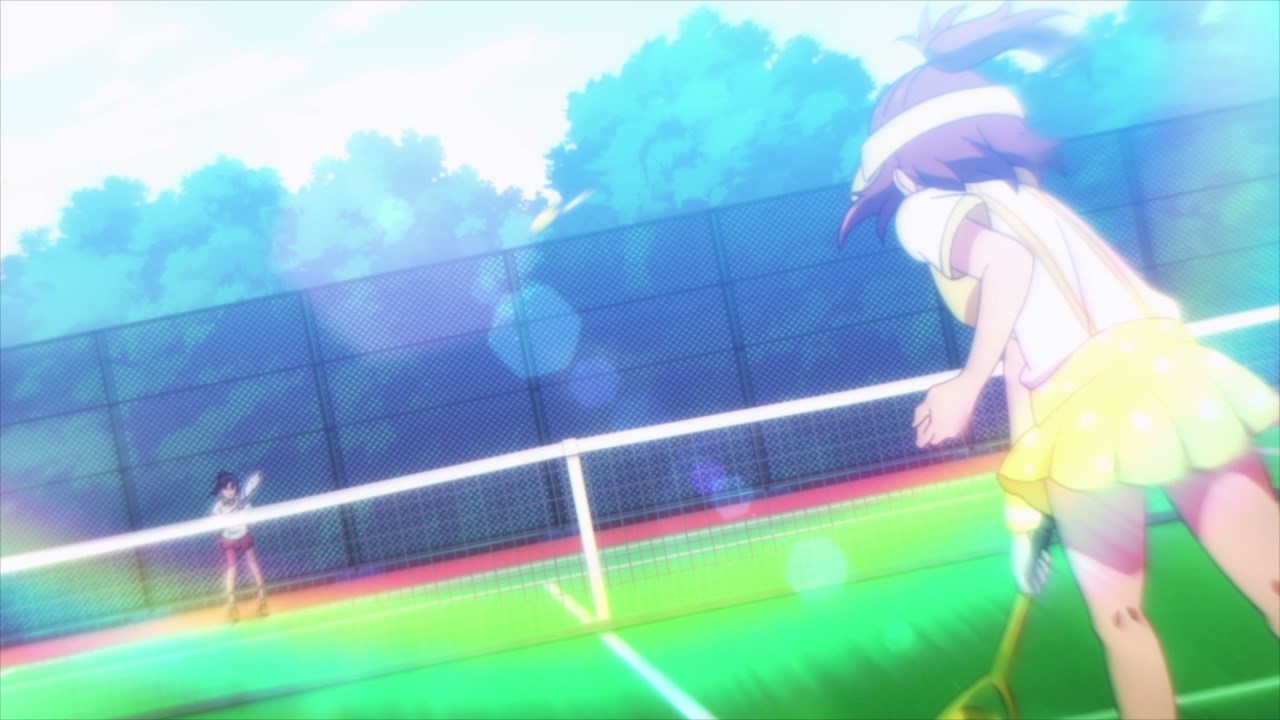 And so, Aoi “Himawari” Hinata did well in the tennis tournament thanks to her training and her brand new racket. All’s well that ends well! 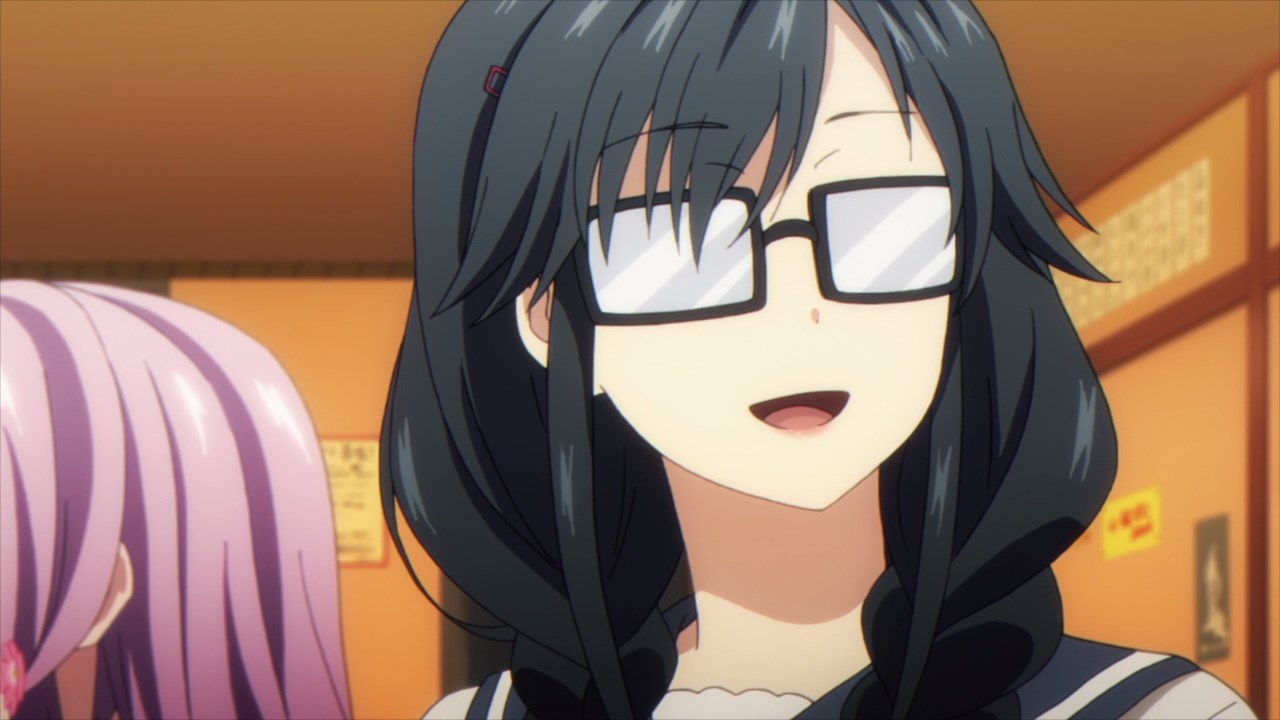 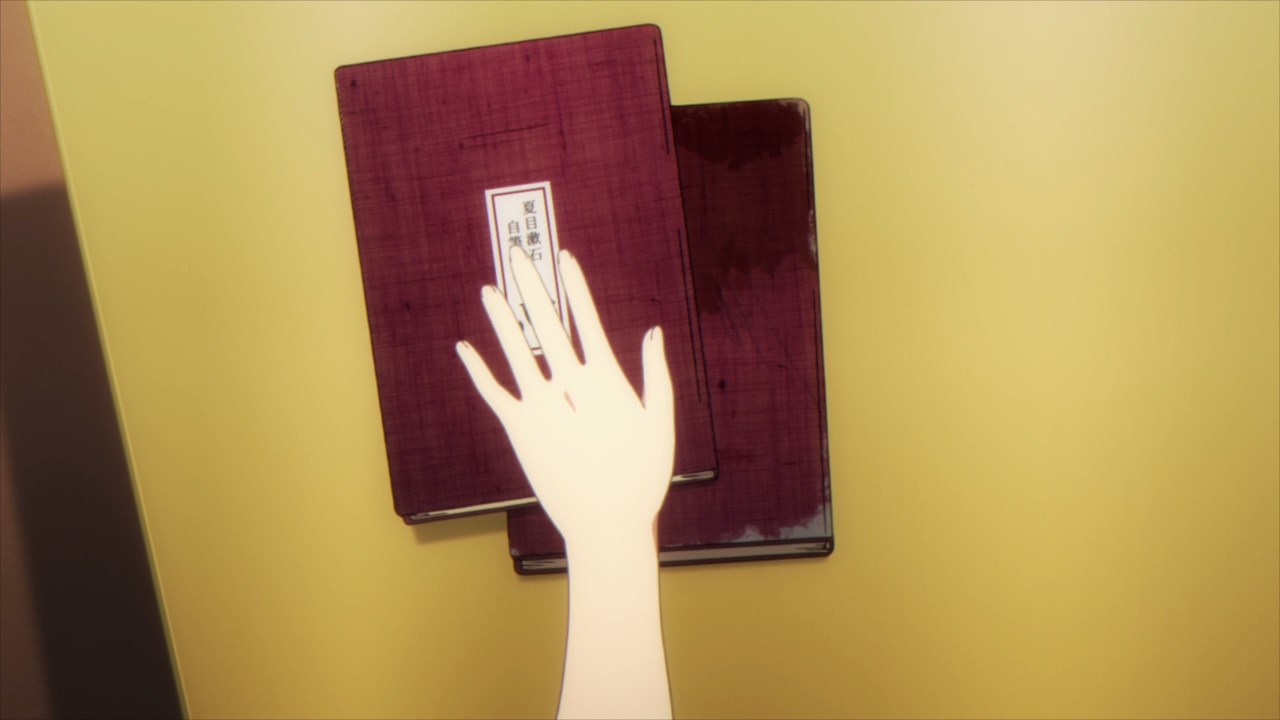 Heck, Pansy is surprised that Joro bought a brand new copy after the original one got ruined. Hm, I wonder what’s gonna happen to the original copy of Souseki’s book of essays? 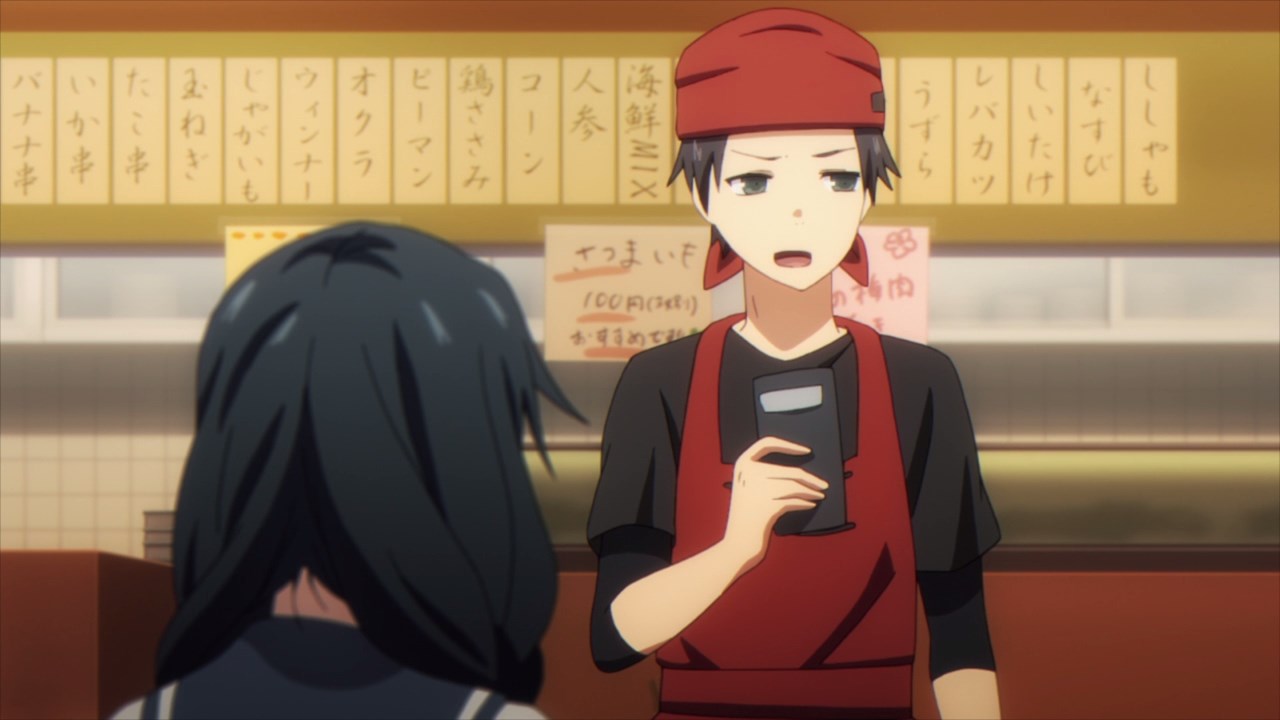 In any case, Joro told Pansy that he finished reading it and it was actually compelling. Of course, the reason why Pansy let Joro read Natsume Souseki’s Kokoro is because she wants him to help her when trouble arises.

Well then, looks like everything is finally resolved as Joro can finally have a sigh of relief… or is it? 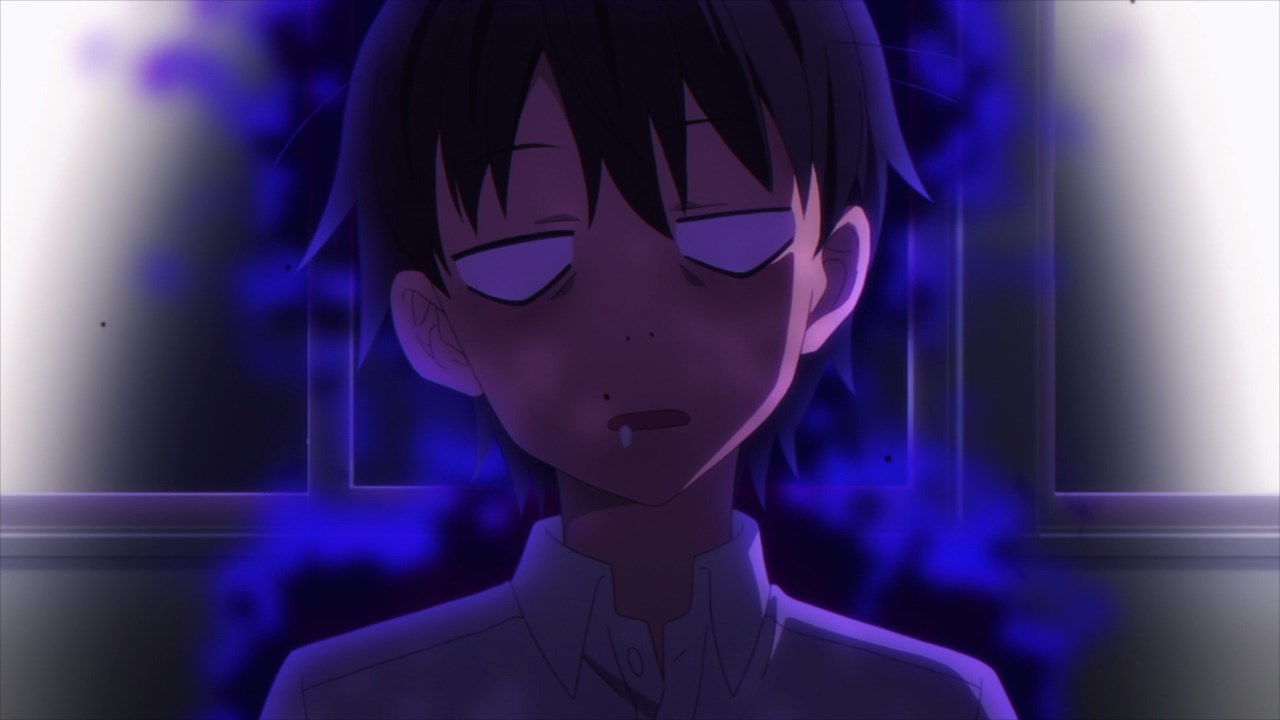 Turns out, Joro felt tired for some unknown reason. I wonder what happened to him? 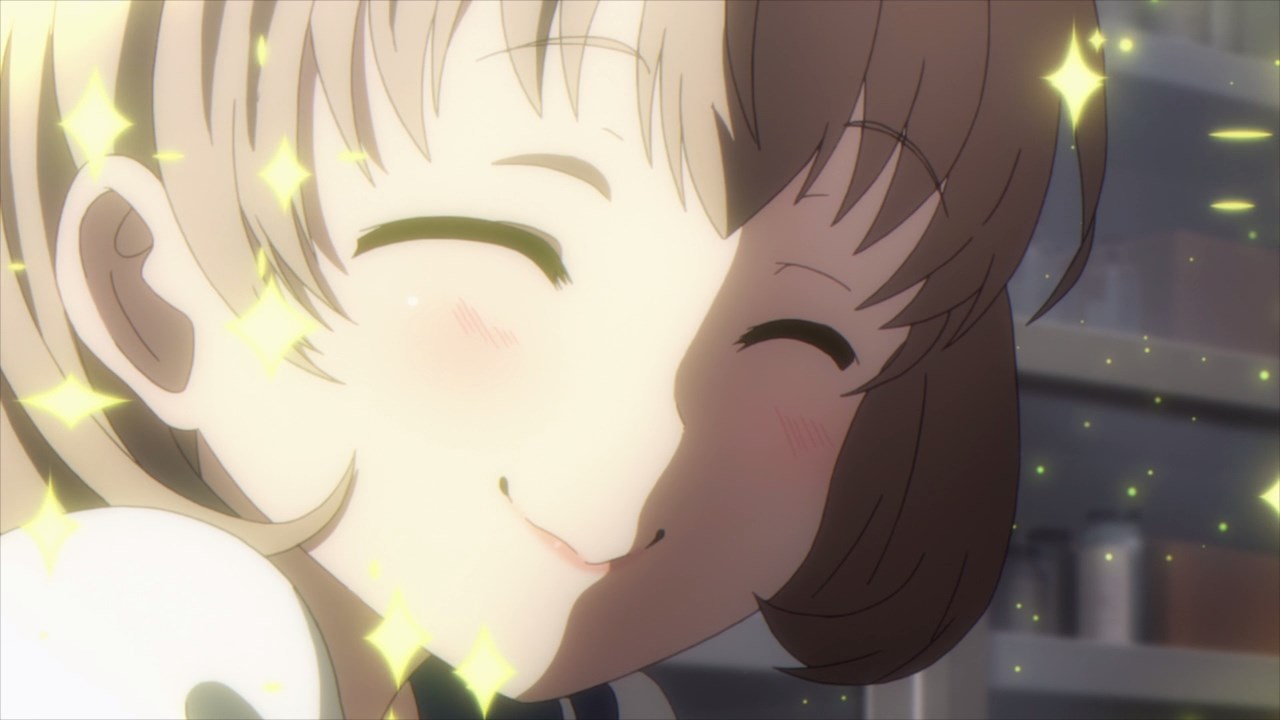 You see, this girl asked him a favor to have Sumireko “Pansy” Sanshokuin hook up with Taiyo “Sun-chan” Oga. Hmm, something tells me that that this girl looked somewhat familiar. 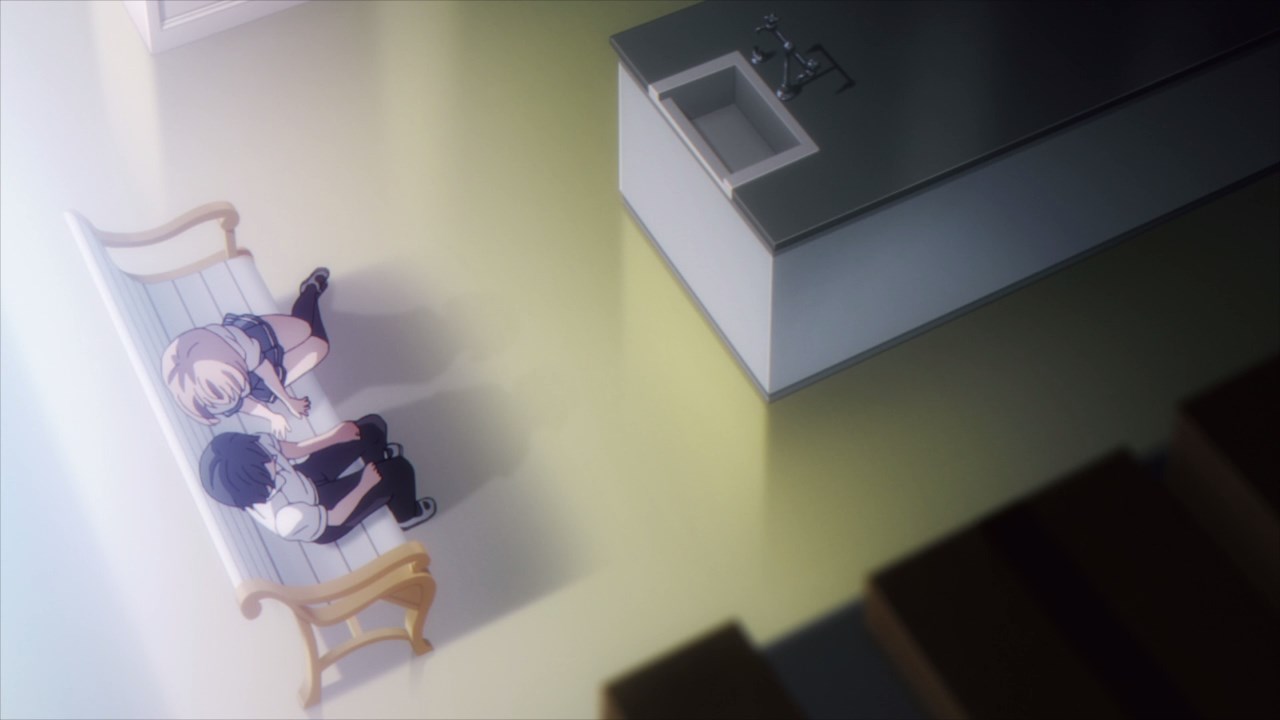 But more importantly, it appears that Joro got into a similar situation before as the dreaded bench strikes again. Man, he’s tired of playing cupid to everyone!

Anyways, Oresuki will return in December 11 (or 12 depending on the timezone) as this show will take a one-week break. Let’s hope that Joro can get out of this cursed bench… or maybe not!