Posted on December 1, 2019 by benigmatica 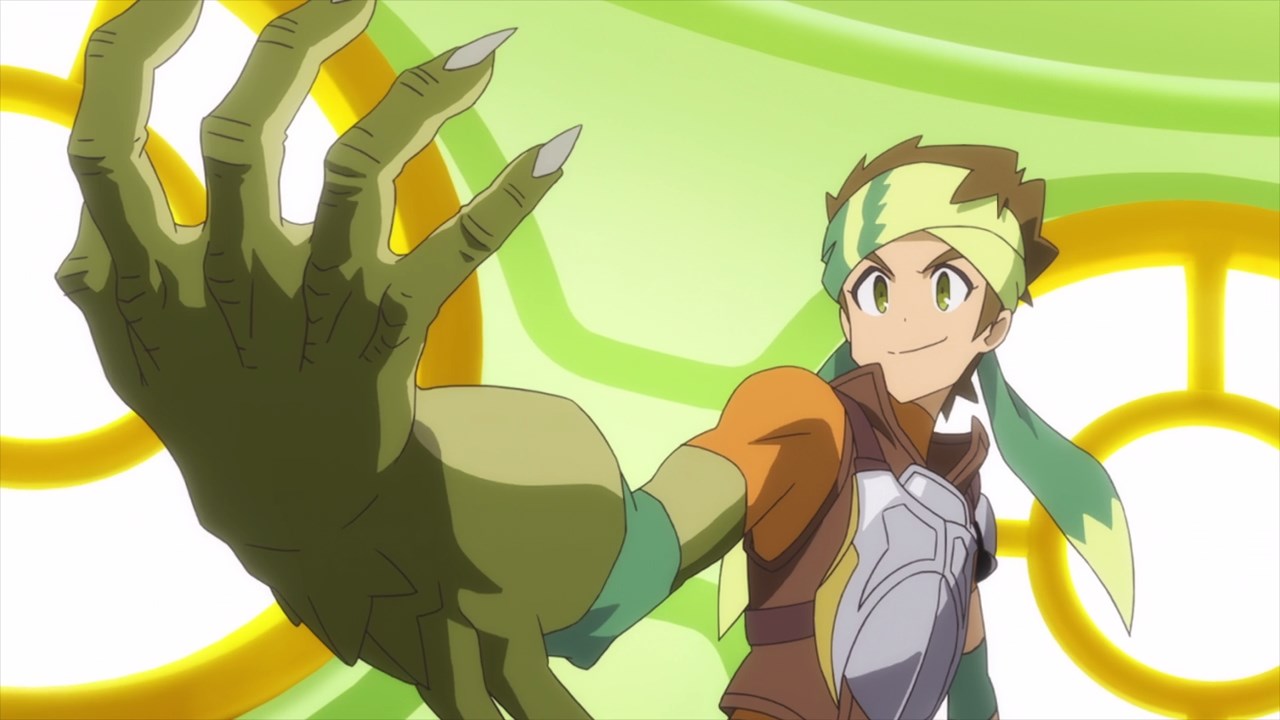 Hey everyone, here’s Mash as his potential to become a dragon has finally unlocked thanks to Ariadoa. See, he can transform his arm without thinking too much. 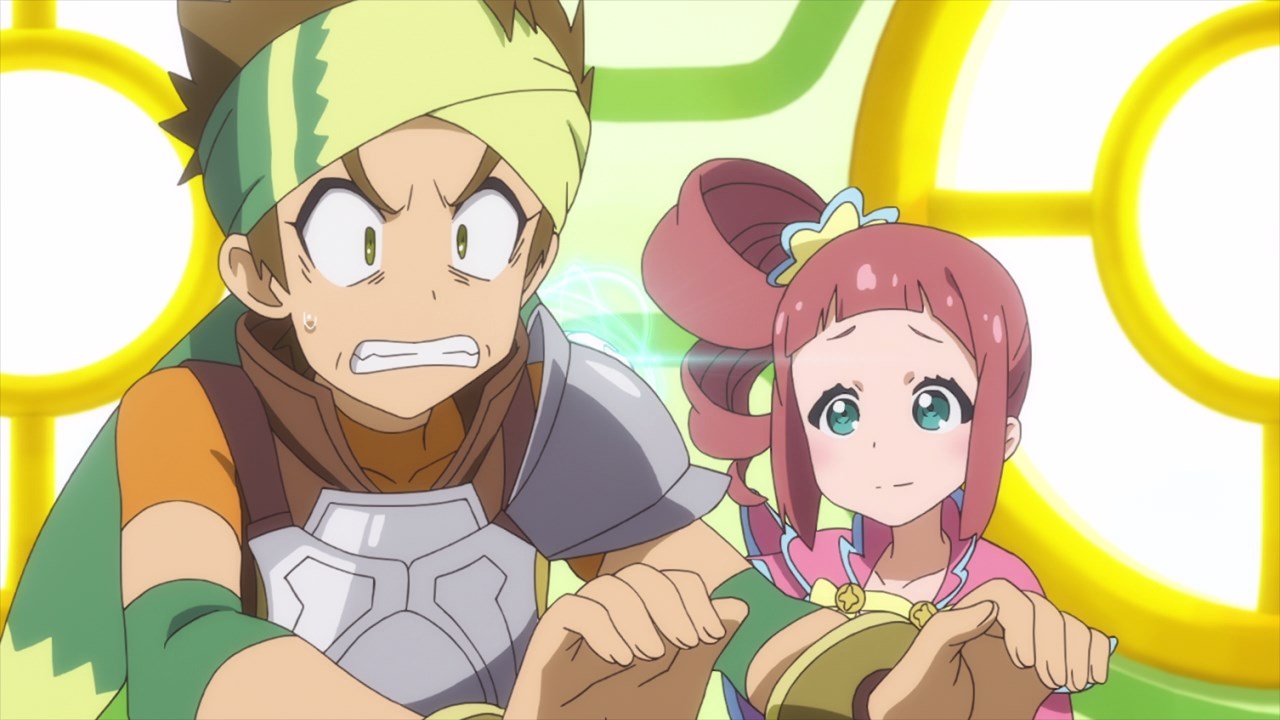 Also, here’s Eruru where she got new powers thanks to Ariadoa unlocking her potential. Turns out that she can not only use “Delay” which slows down enemies… 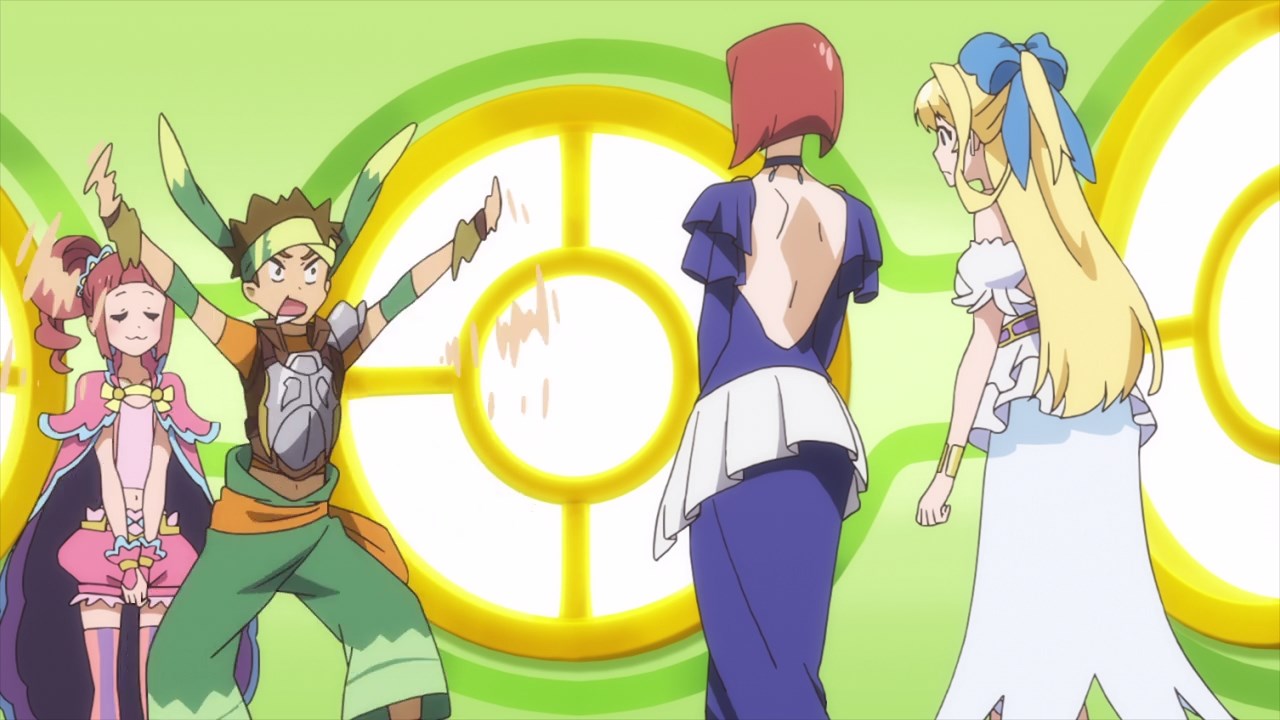 …but also “Haste” where Eruru can make her allies faster, as you can see with Mash where he’s so fast that he can’t control himself.

Too bad that both dragon-born warriors will not be useful for this episode since Seiya Ryuuguuin will take care of it. Speaking of Seiya, is he done with his training?

On the other hand, why is Mitis being naked and tied up on a tree? But you know what, I have a bad feeling that she’s similar to Adenela, but far worse because Mitis is going full-frontal assault on the cautious hero! 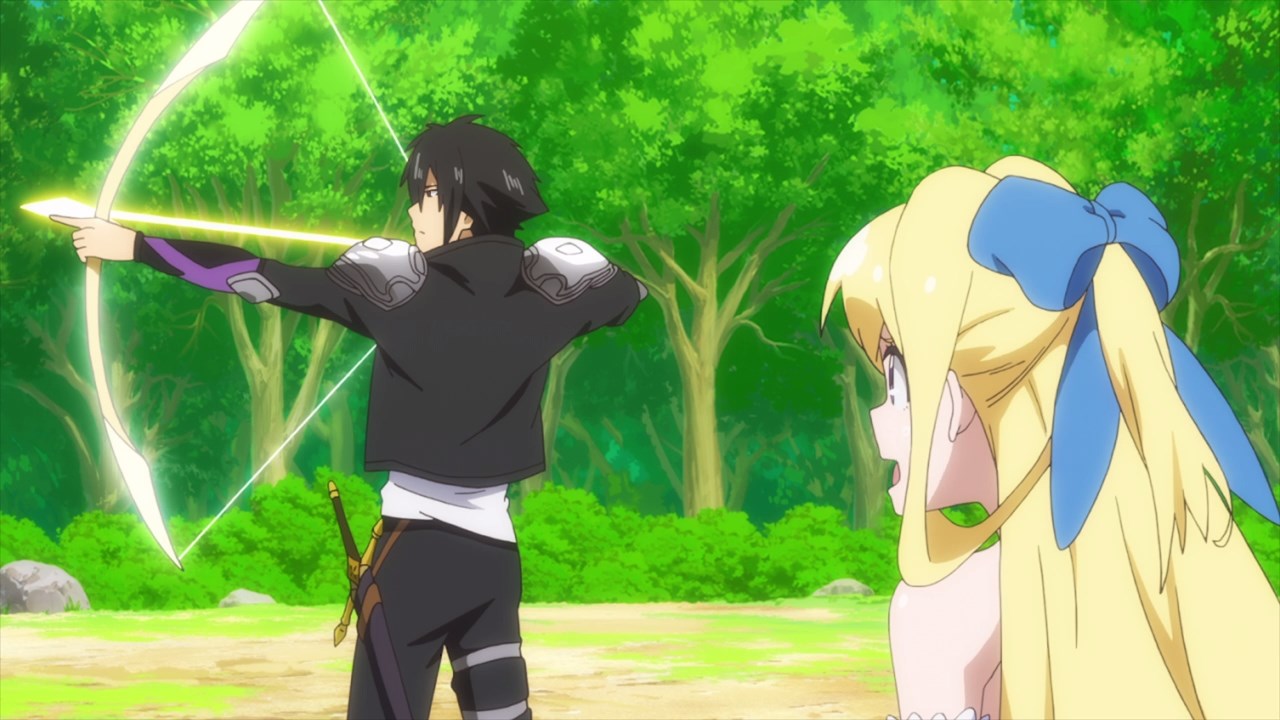 Still, Seiya has a solution when it comes to dealing with Mitis…

And that’s by shooting her in the head. Well, that was a bullseye from the cautious hero! 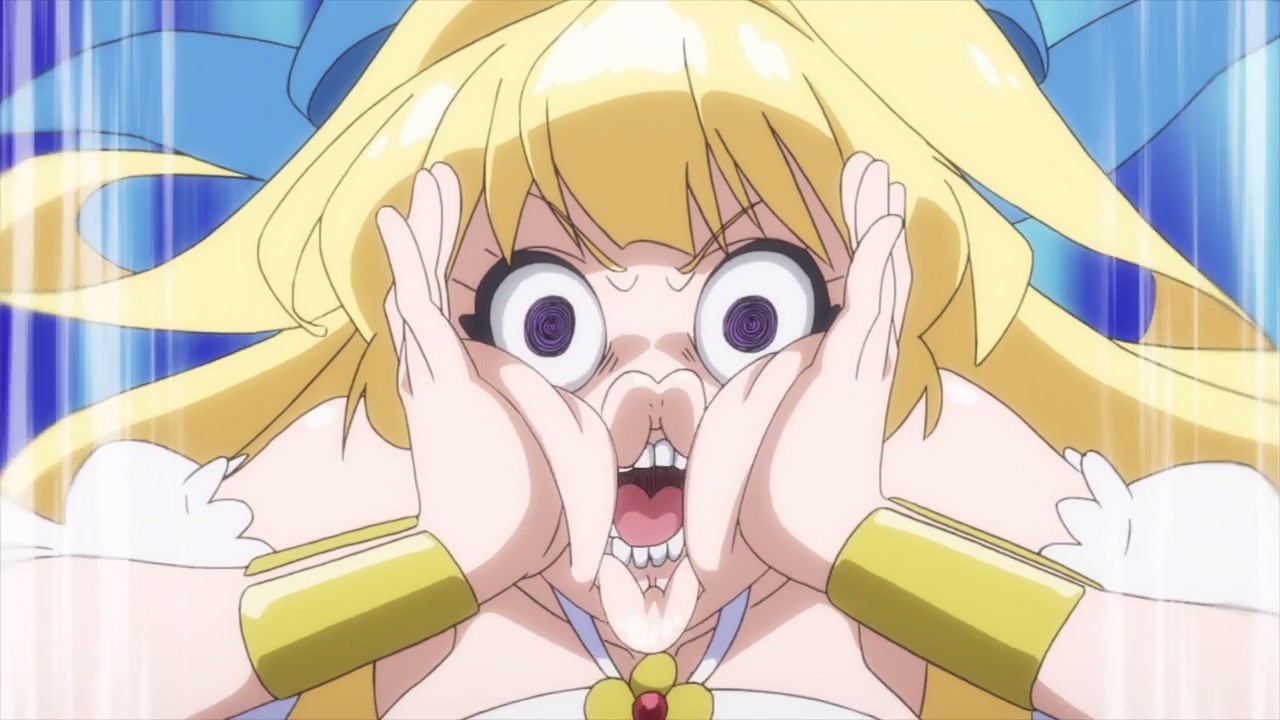 Even Ristarte couldn’t believe that the hero would use violence to quell one goddess! I guess Seiya becoming the god killer is finally happening!

Except that Mitis can’t actually die as being hit by a Shining Arrow won’t put her down, so Mitis decides to prey on someone else… 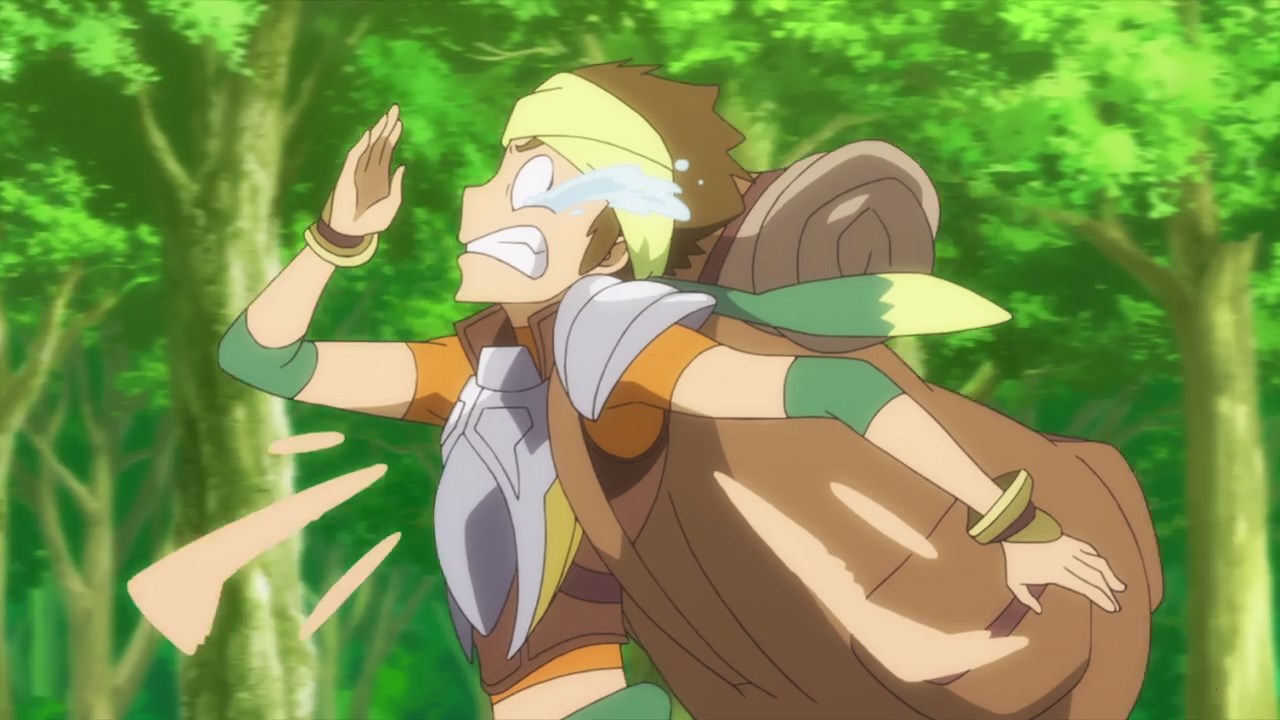 Like Mash for example because she’s fine with shota! No Mitis, spare the dragon-born warrior will ya! 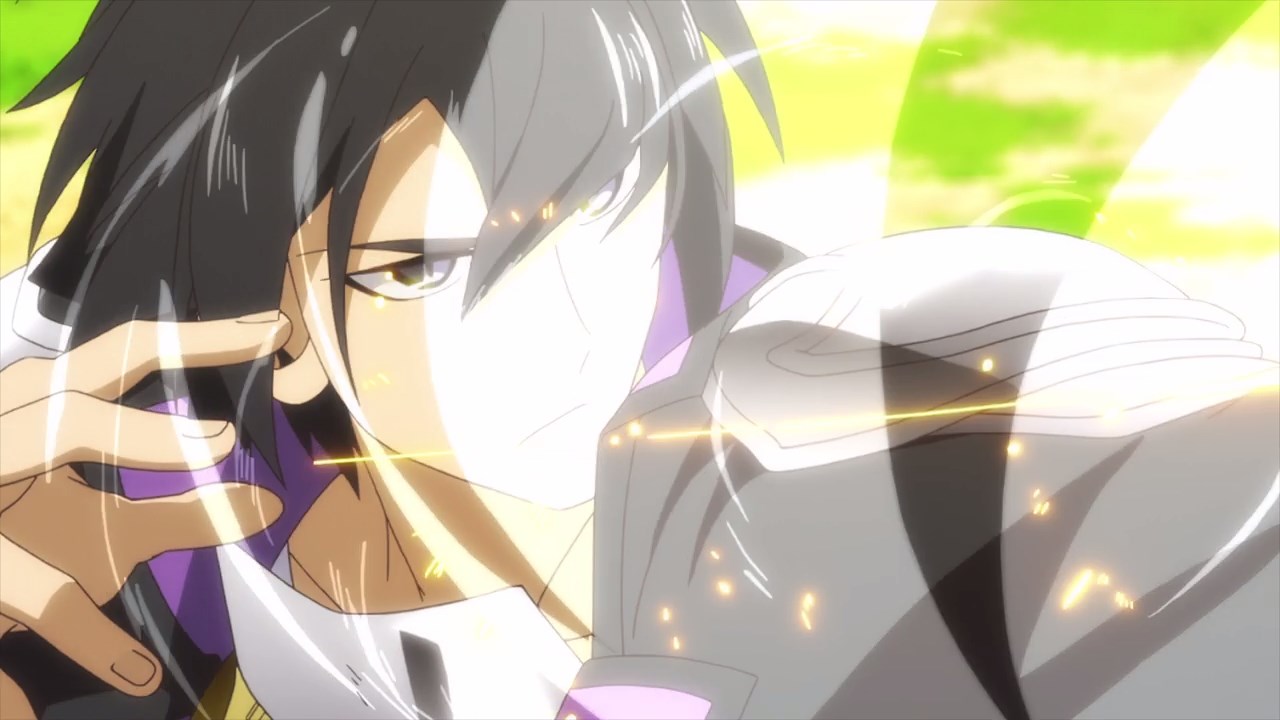 Unfortunately for Mitis, Seiya had enough of her bullshit as he’ll fire lots of Shining Arrows to stop this nymphomaniac!

And as you can see, Mitis got pinned down to a tree thanks to those arrows. Well, looks like Seiya Ryuuguuin is ready to defeat Beel Bub. 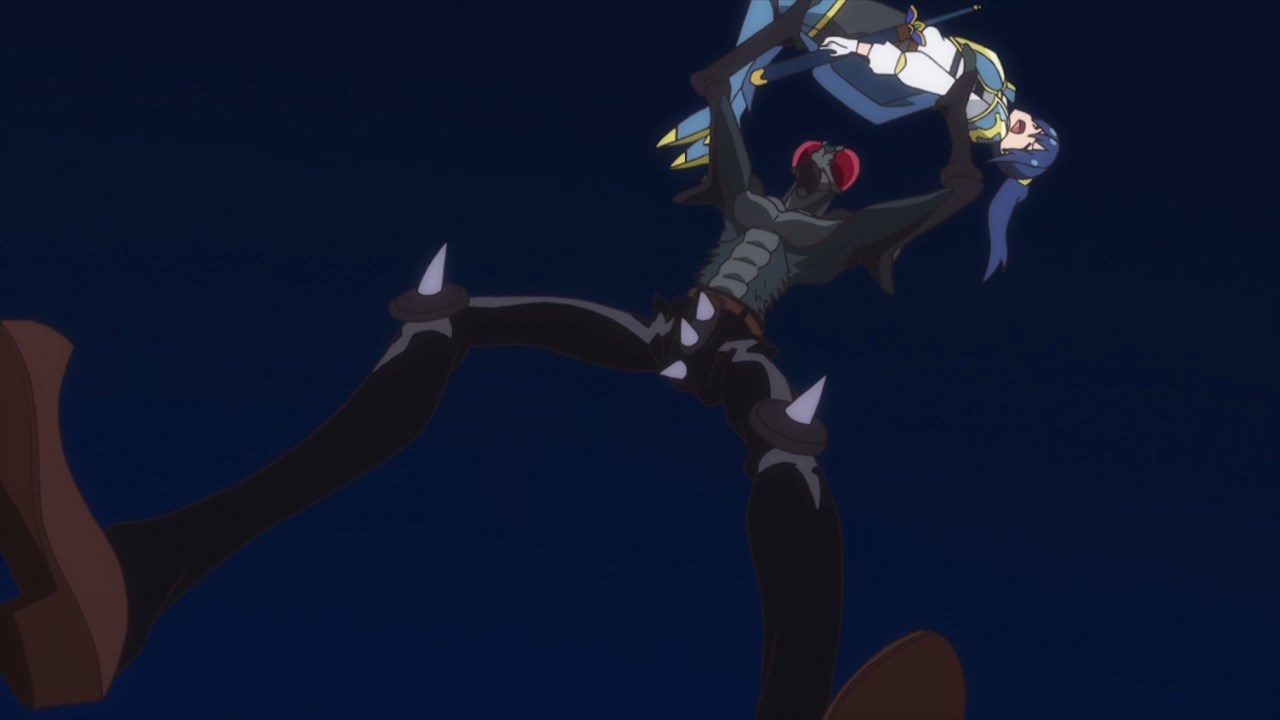 Unfortunately, Beel Bub is has taken Rosalie Roseguard towards the stratosphere and he’s gonna drop the leader of Imperial Knights towards the ground. Oh please, someone save her! 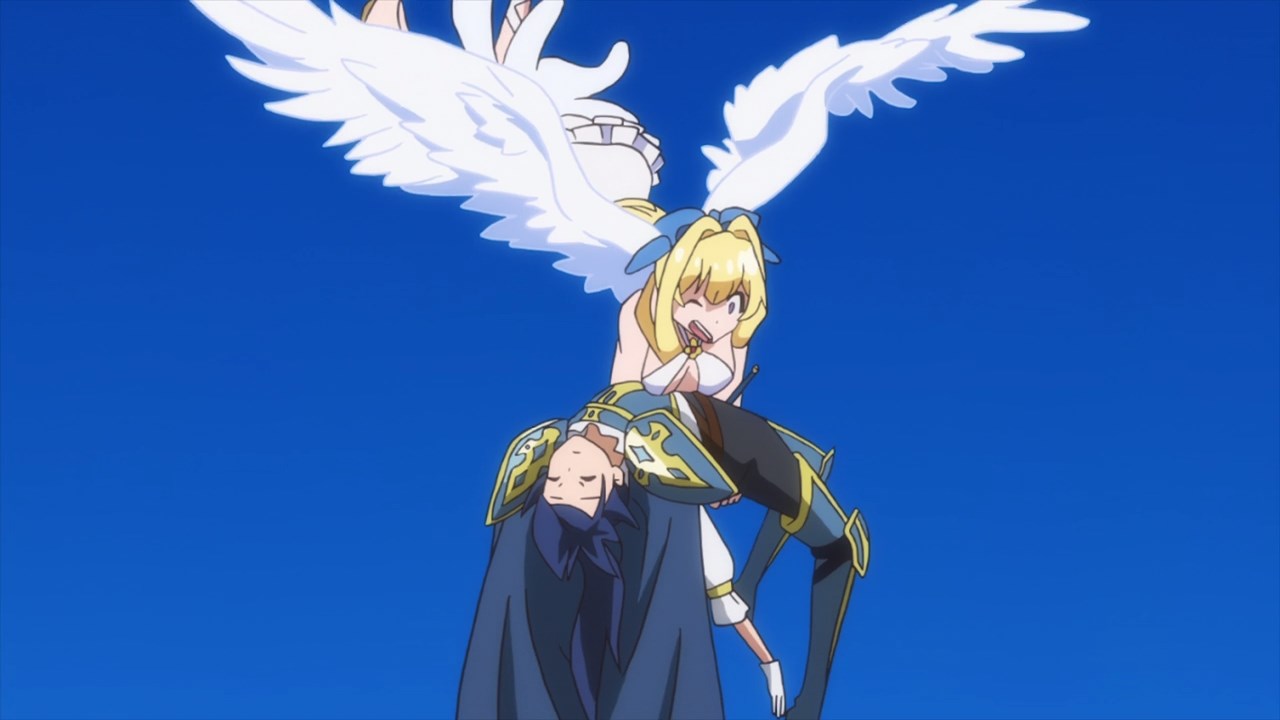 Fortunately, Ristarte managed to rescue Rosalie but then again, the goddess is struggling to carry Rosalie due to her armor. Now then, where’s Seiya? 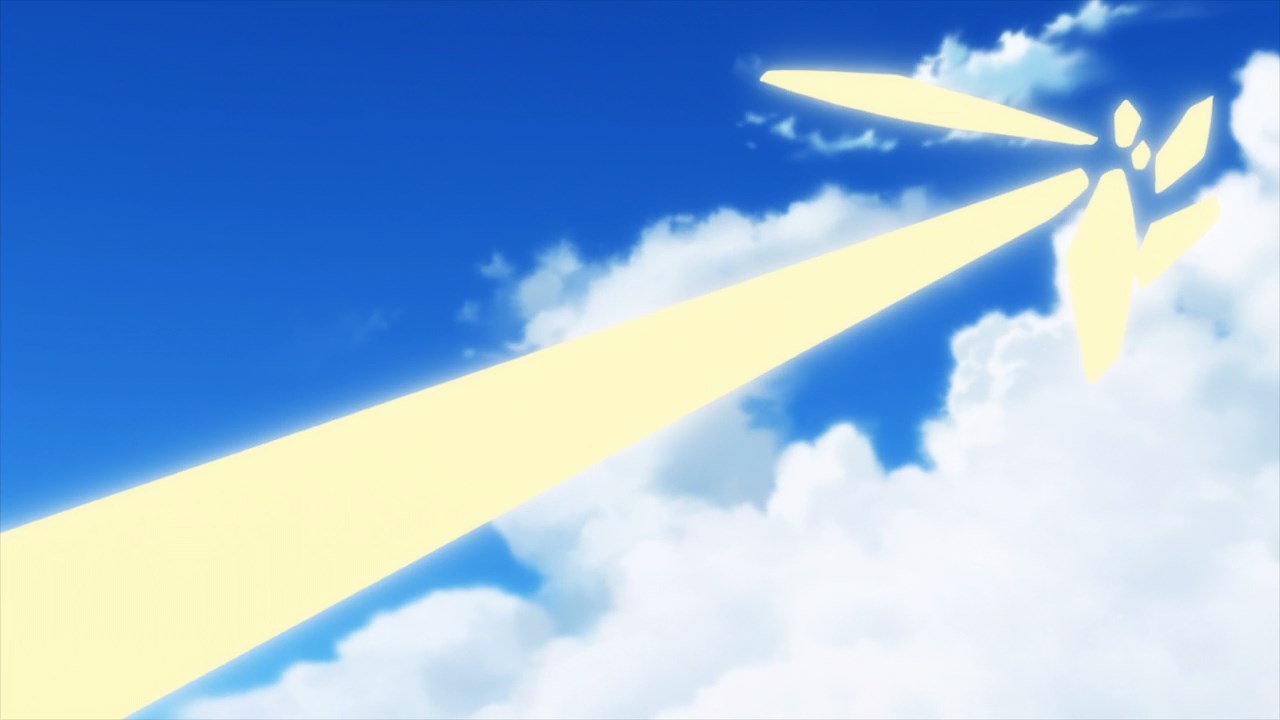 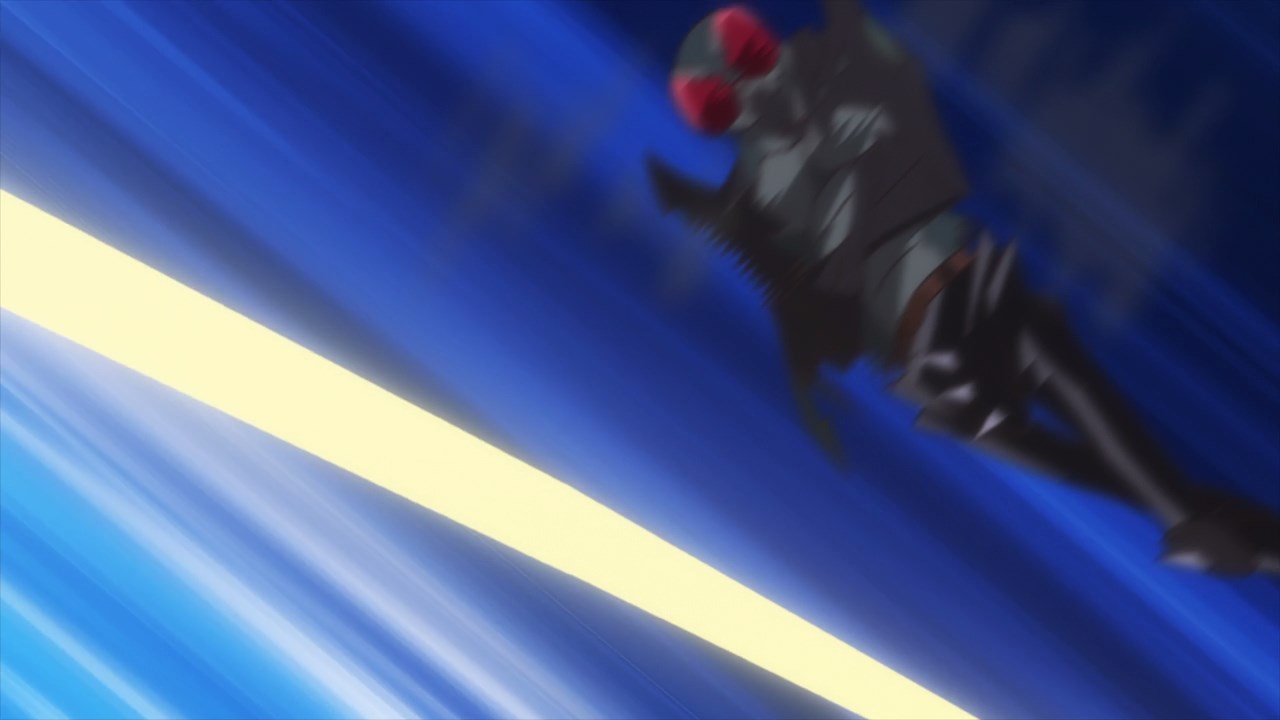 Oh, he fired lots of Shining Arrows at the lord of the flies, but Beel Bub managed to dodge it simply because he’s faster than Seiya’s arrows! 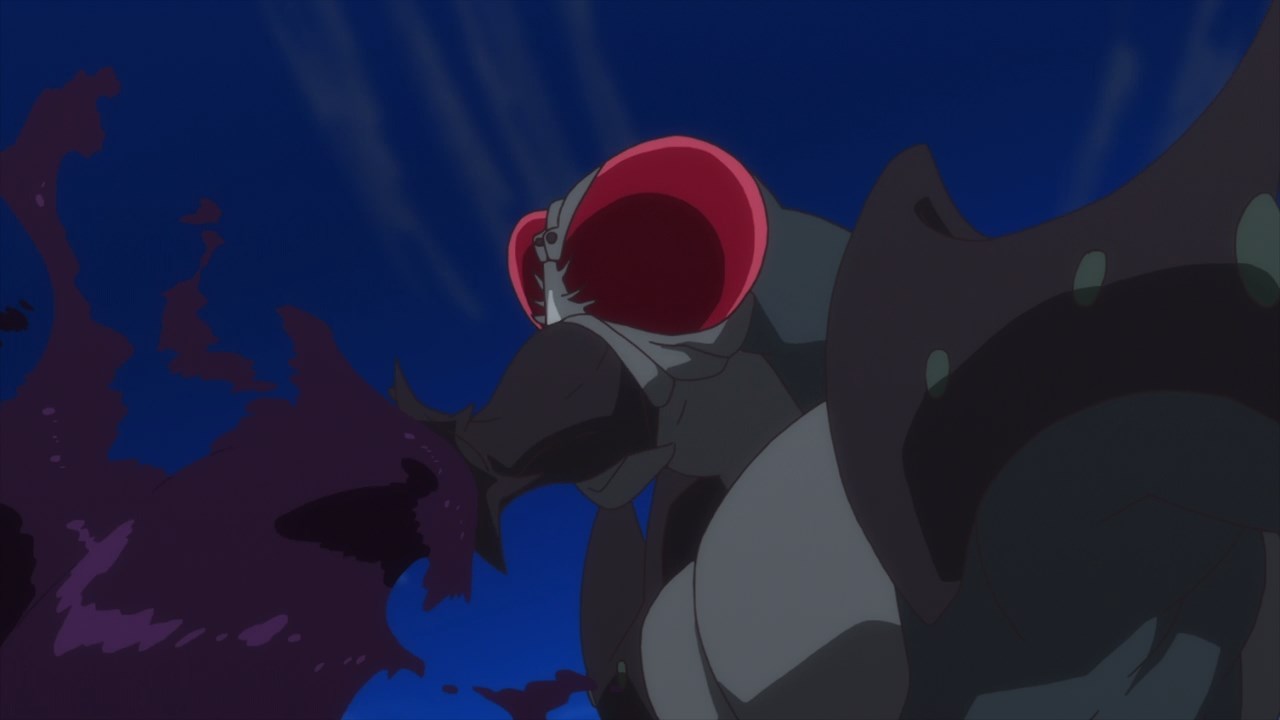 However, it appears that Beel Bub is coughing blood for some unknown reason. 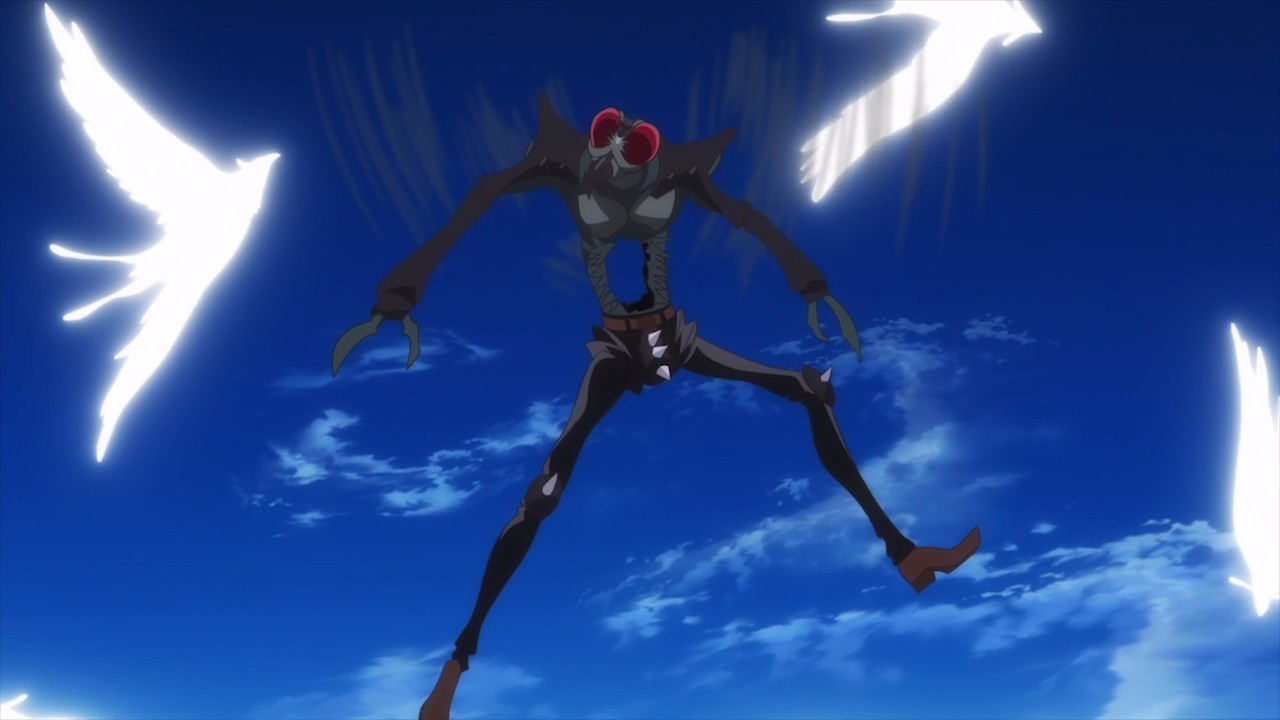 Not only that, but the lord of the flies got a hole on his belly and he’s surrounded by various birds. 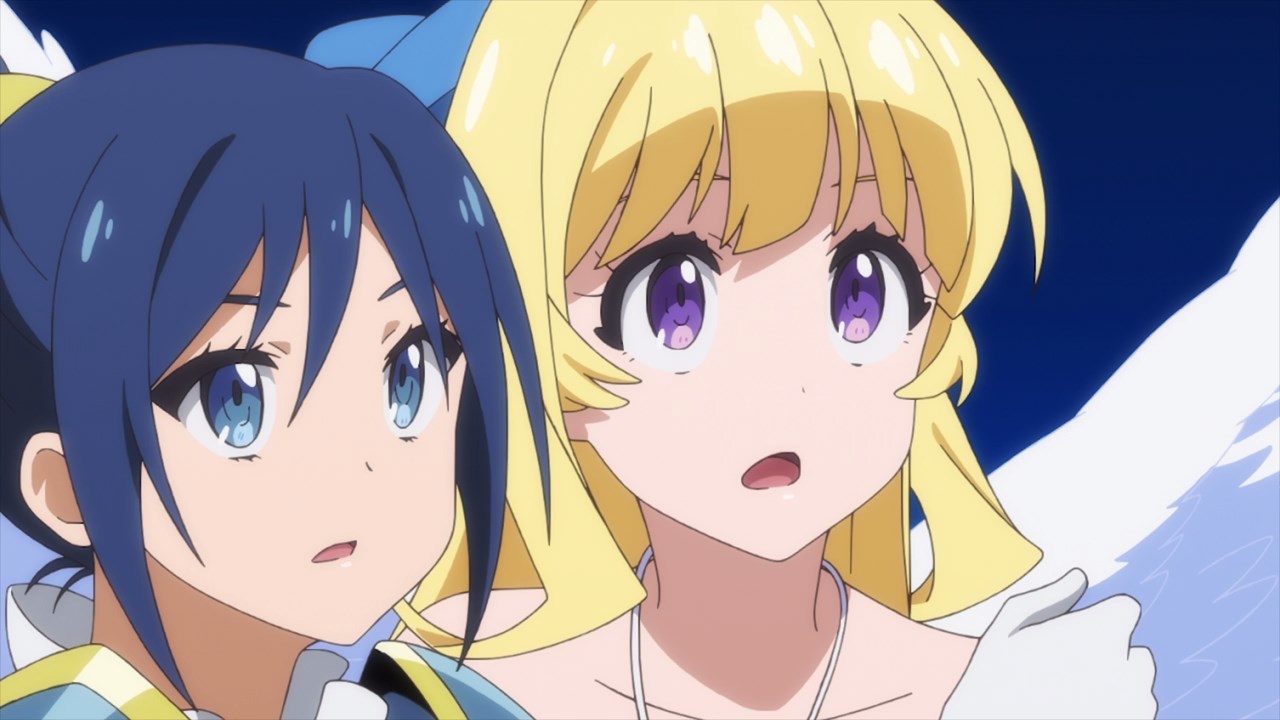 Even Rosalie Roseguard and Ristarte couldn’t believe that the cautious hero would create a powerful attack on the fly.

Turns out that firing arrows isn’t enough, so Seiya transform them into phoenixes which it can home onto the lord of the flies. 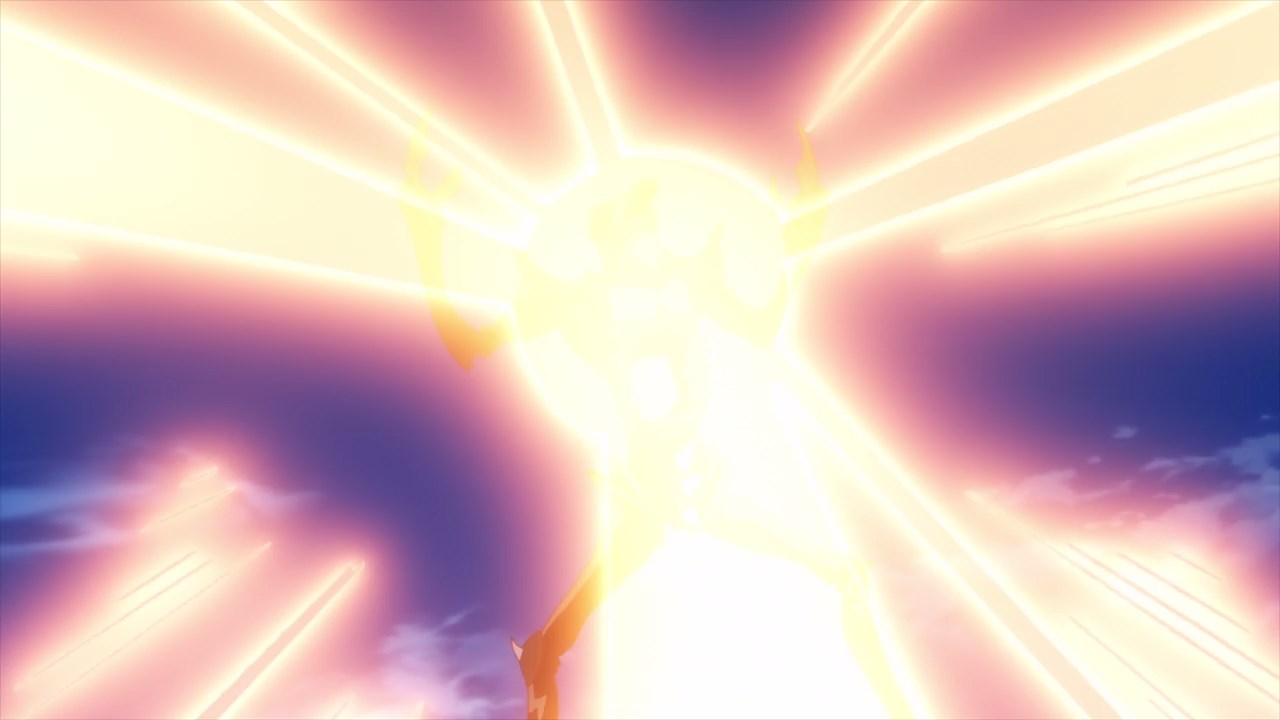 But anyways, looks like Beel Bub is defeated and his army of flies has been wiped out! Sorry Eruru and Mash, but the cautious hero has taken care of those bugs! 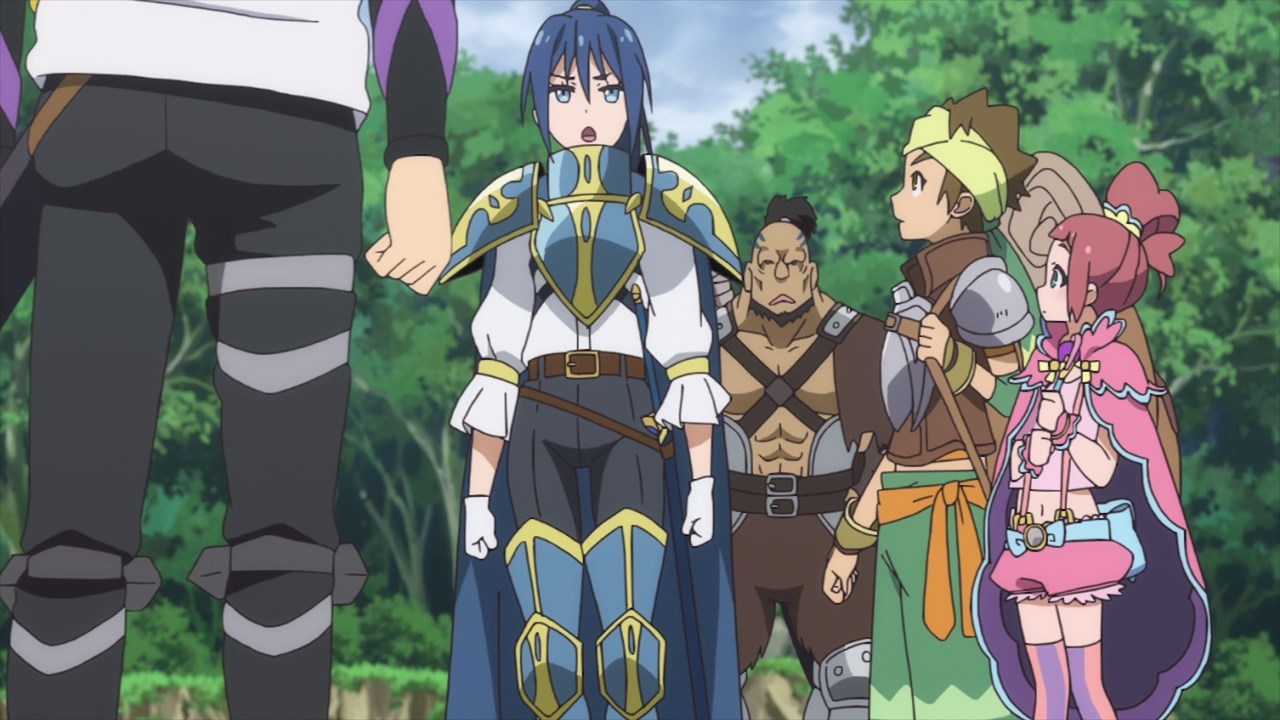 Afterwards, Rosalie Roseguard told Seiya Ryuuguuin in regards to the legendary armor, which is located in Izale Village and it’s required to defeat the Demon Lord. 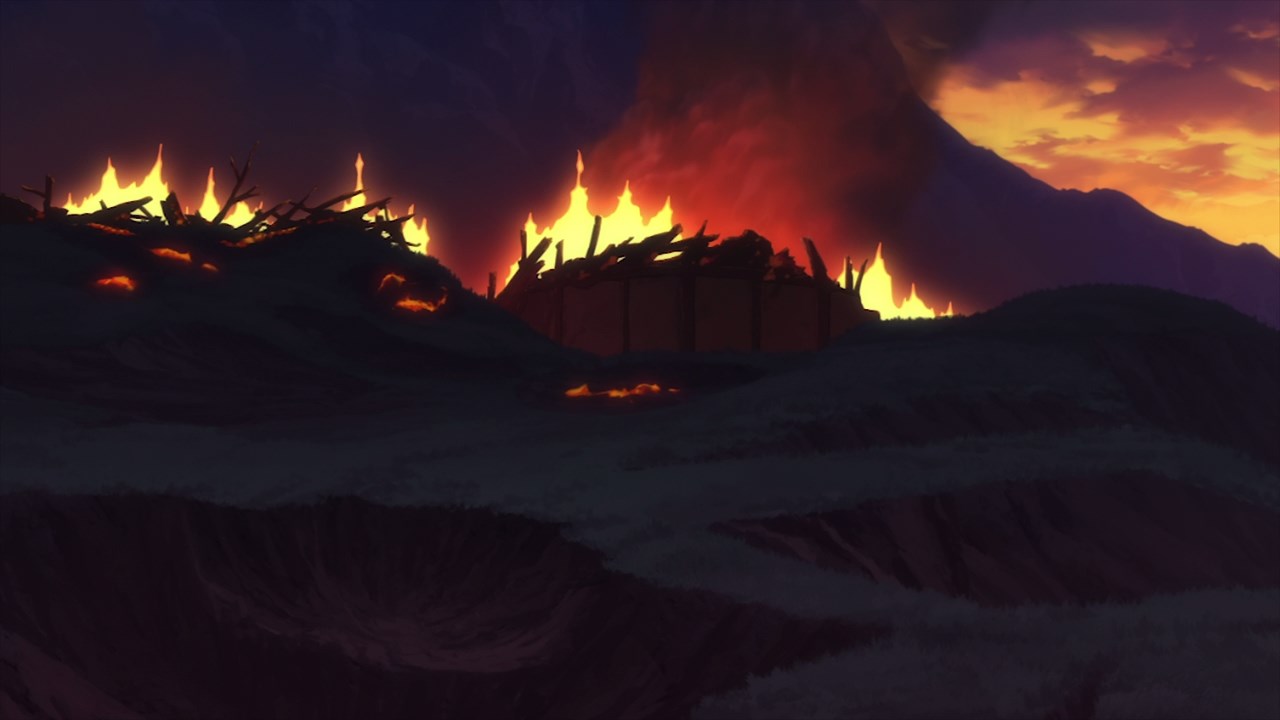 Unfortunately when Seiya and his party went to Izale Village, it was completely destroyed. Man, is someone from the demon army obliterated this town? 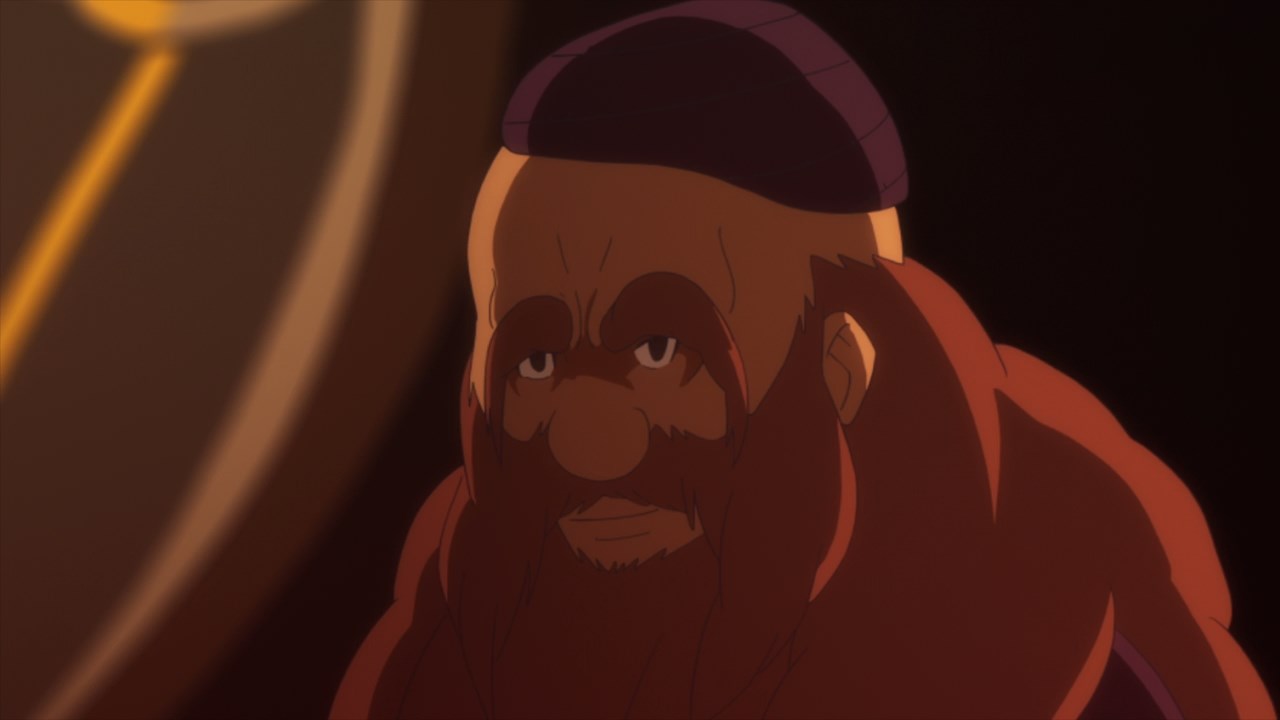 Why yes, turns out that it was Kilkapul who’s responsible for destroying Izale Village thanks to his summoned beast. But, Kilkapul didn’t just destroy the town… 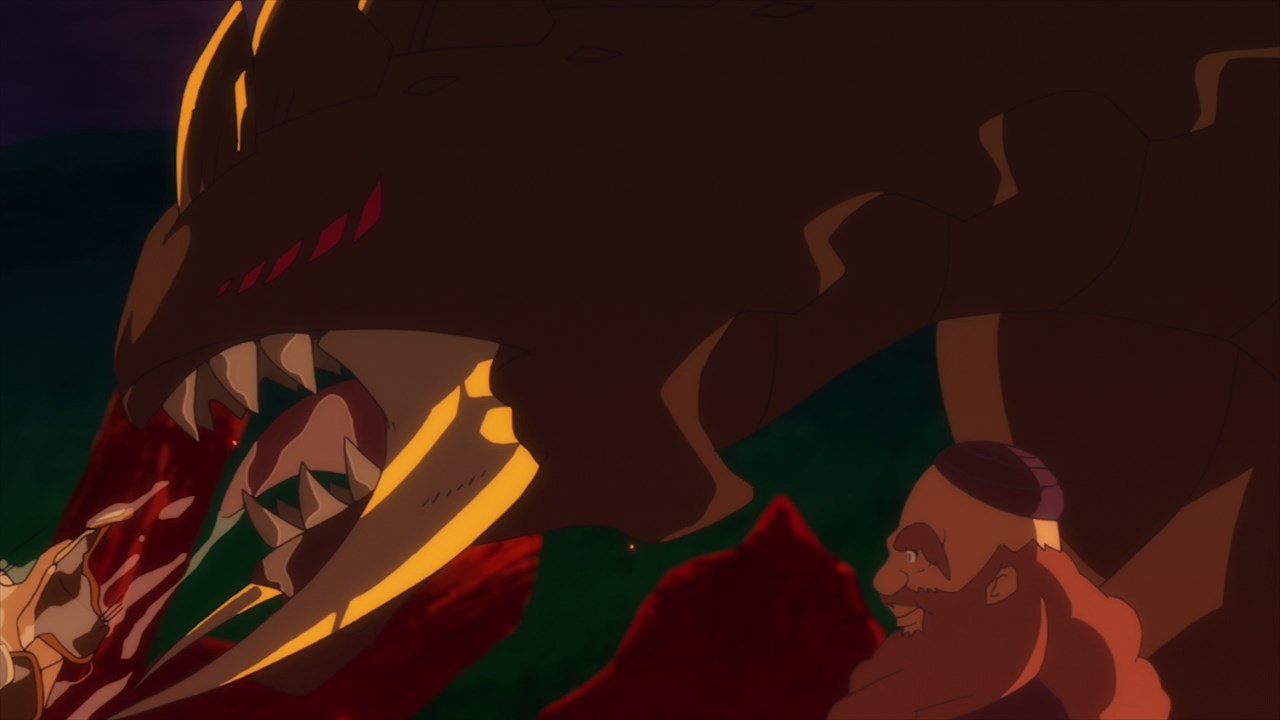 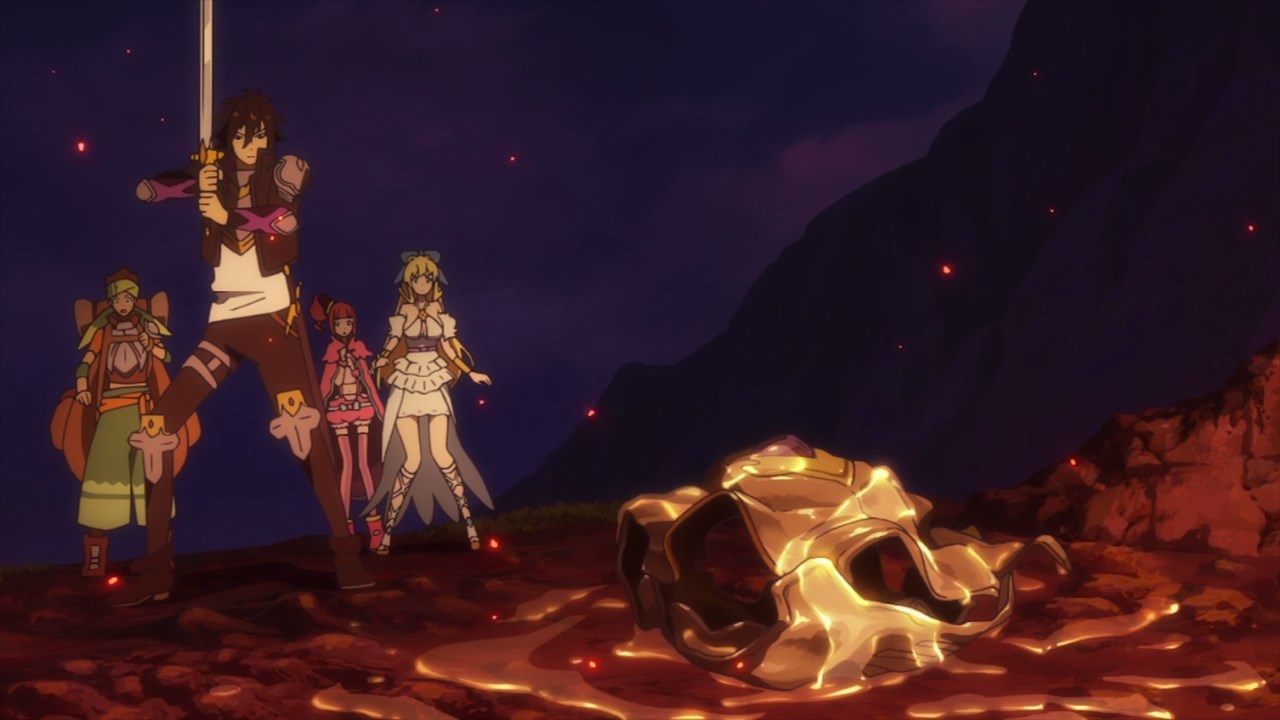 He let his monster chew the legendary armor until it’s no longer usable. First of all, eww that’s disgusting! Second, Seiya is dubious that this legendary armor is effective because it might be cursed.

But anyways, next episode will have Ryuuguuin deal with Kilkapul and his monstrous pet. Oh and once the battle is over, he’ll take Ristarte’s hair and reforge the armor until it’s brand new!