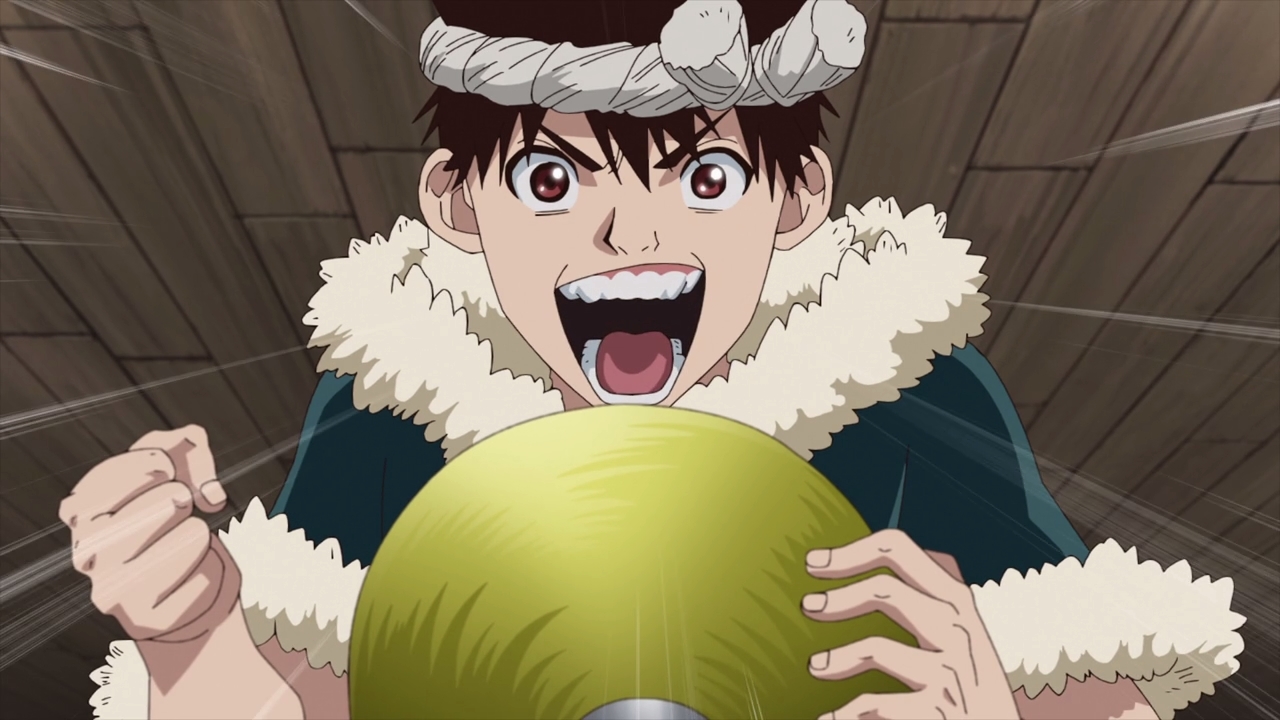 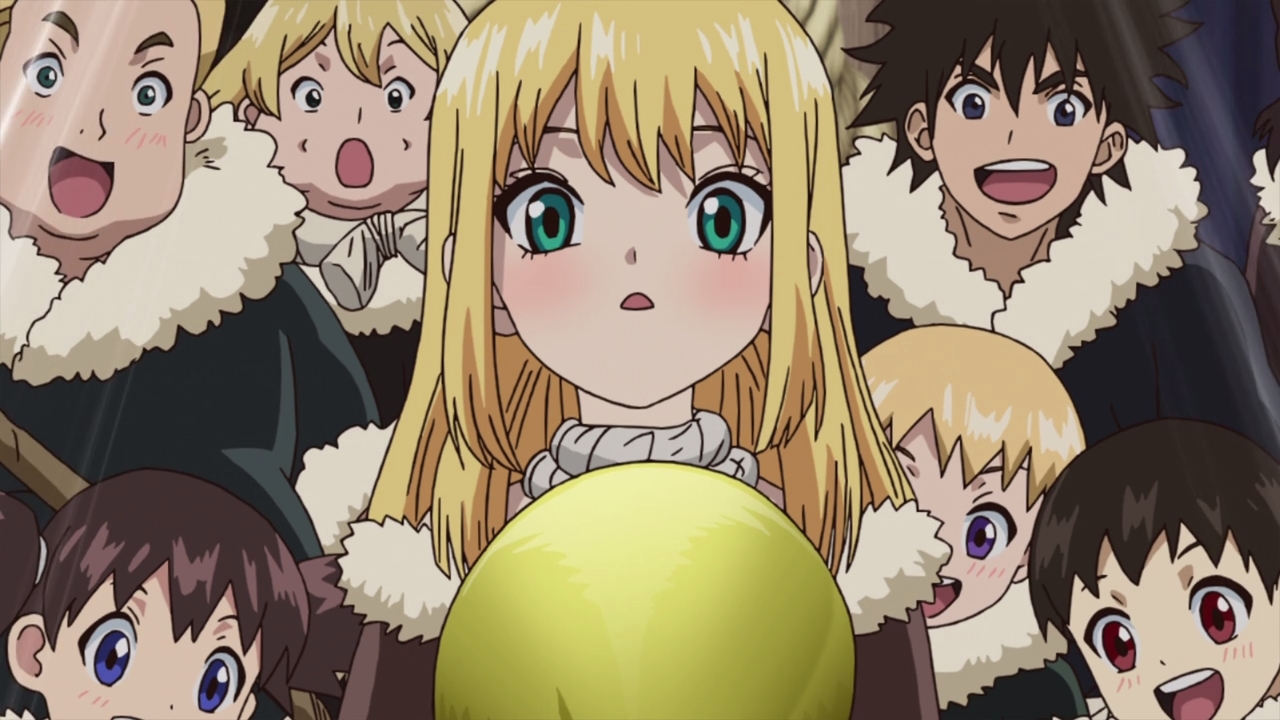 And that’s the first word that Chrome uttered via Senku’s cellphone. Well, that one is pretty bulky as it’s nothing more than a telephone, but Senku and his buddies got their phone working in the stone world! 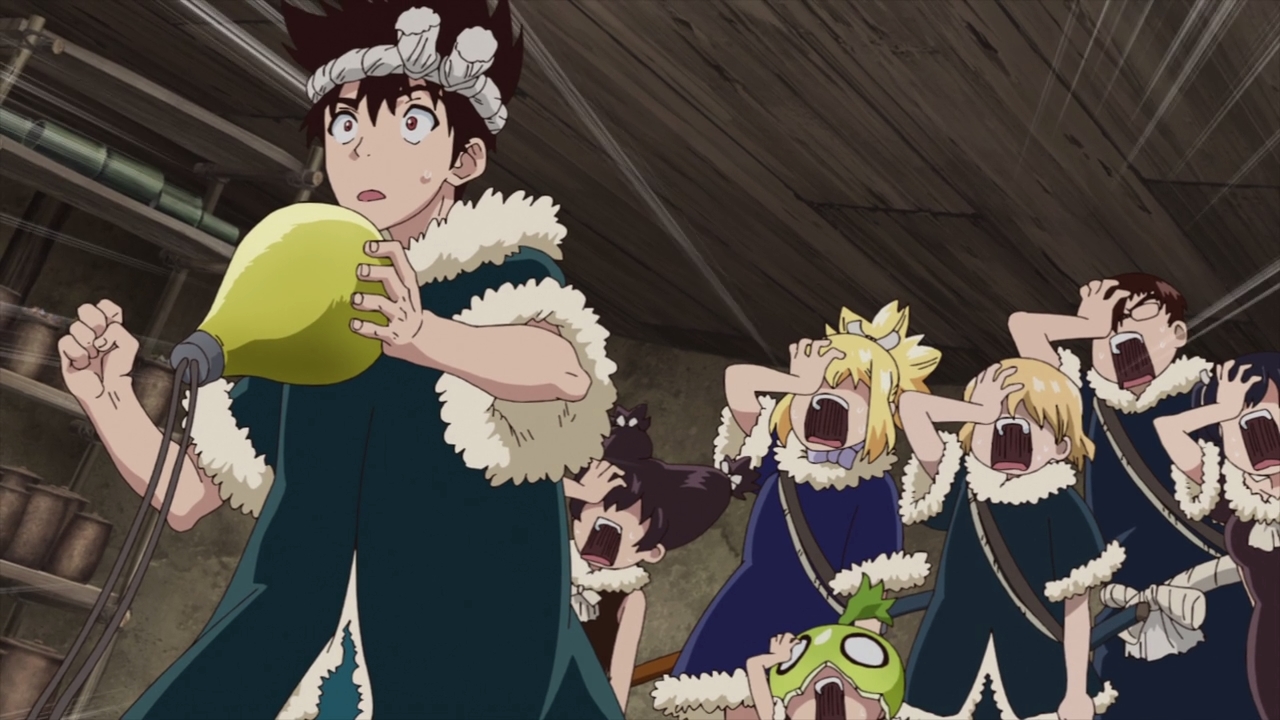 Then again, they’re disappointed that Chrome didn’t tell his true feelings to Ruri. Yeah, they expect him to say “I love you, Ruri!”, but Chrome blew his chances.

As for Ruri, her revelation that she can hear voices from faraway reminds her of another story from the Hundred Tales, specifically No. 14 where it tells the tale of a bee named Speaker who has the ability to project the voices of the departed. Wait, did Ruri said the word “speaker”? 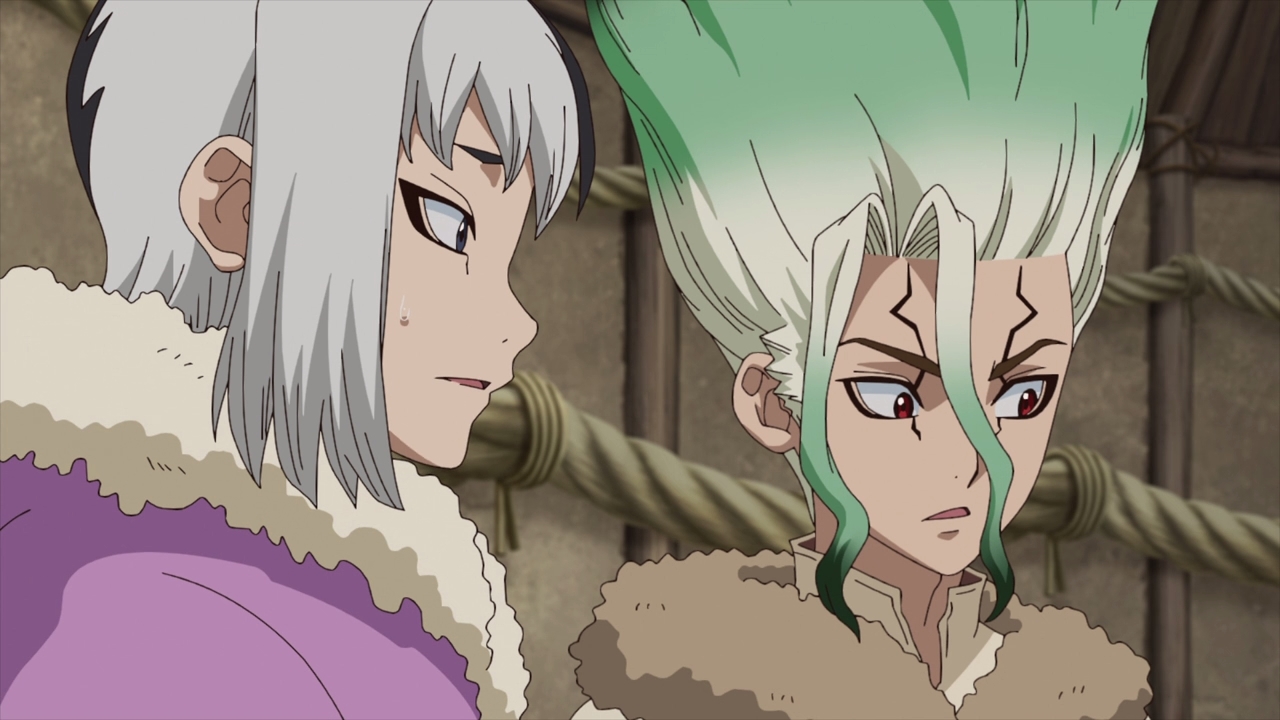 Speaking of that certain tale, Gen Asagiri figure it out that No. 14 of the Hundred Tales is related to Senku’s father, Byakuya Ishigami.

And the reason why it’s linked to Byakuya is because the numbers 1 and 4 can be read as “ishi” or stone if you know about Japanese wordplay (or goroawase). 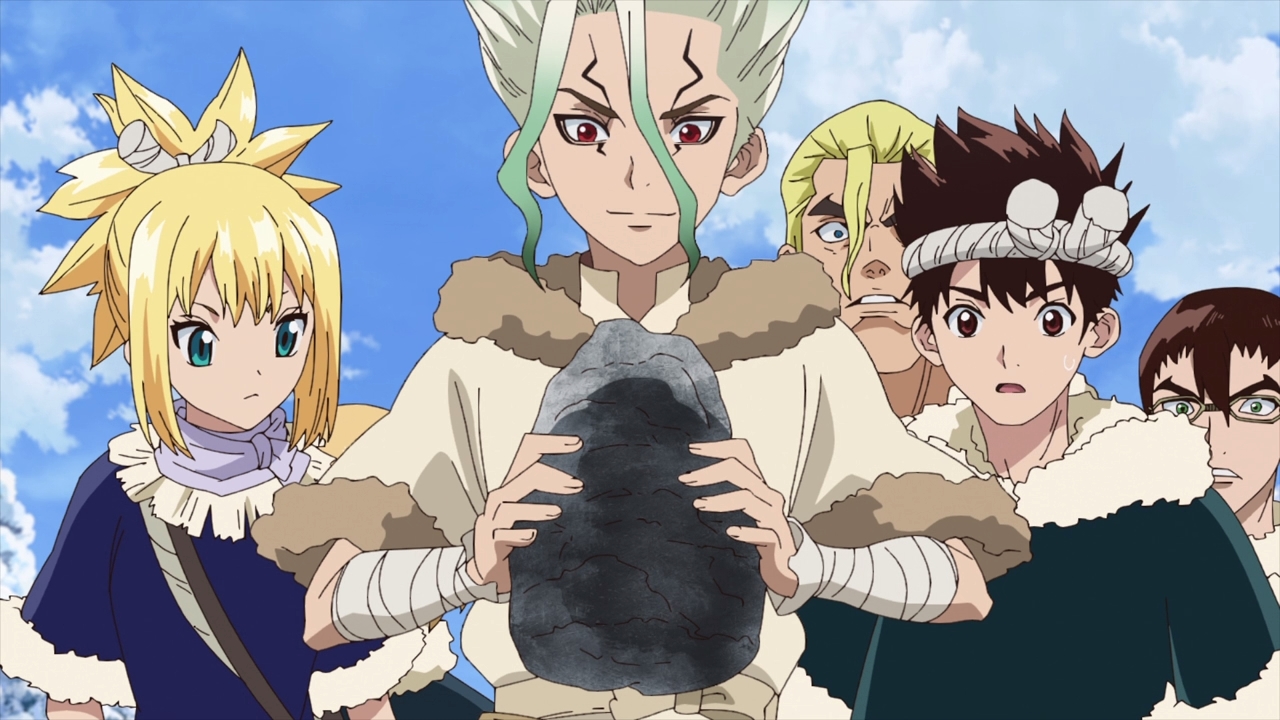 So with that said, it’s time for Senku and his friends to visit the graveyard where he check on his father’s gravestone, although Kinro told him that it’s sacrilegious to pick it up for scientific purposes.

However, Senku figure it out that Byakuya’s gravestone is actually a time capsule, meaning that he and his fellow crew-mates from the International Space Station left something valuable. By the way, Magma can’t break Byakuya’s gravestone because he’s too strong to crack it open. In fact, I think we need someone who has finesse on breaking it. 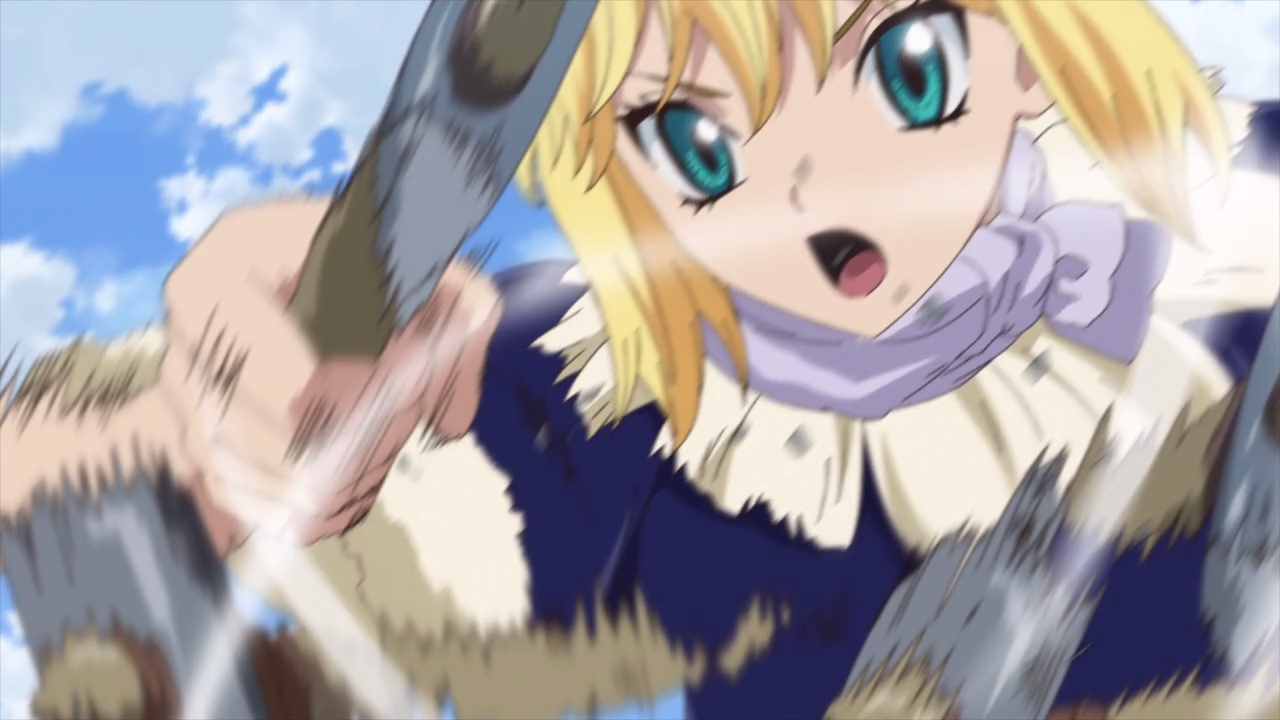 Well, looks like it’s a job for Kohaku as she breaks the gravestone with lightning-fast strikes. Glad that Senku found a girl who is strong and skilled. 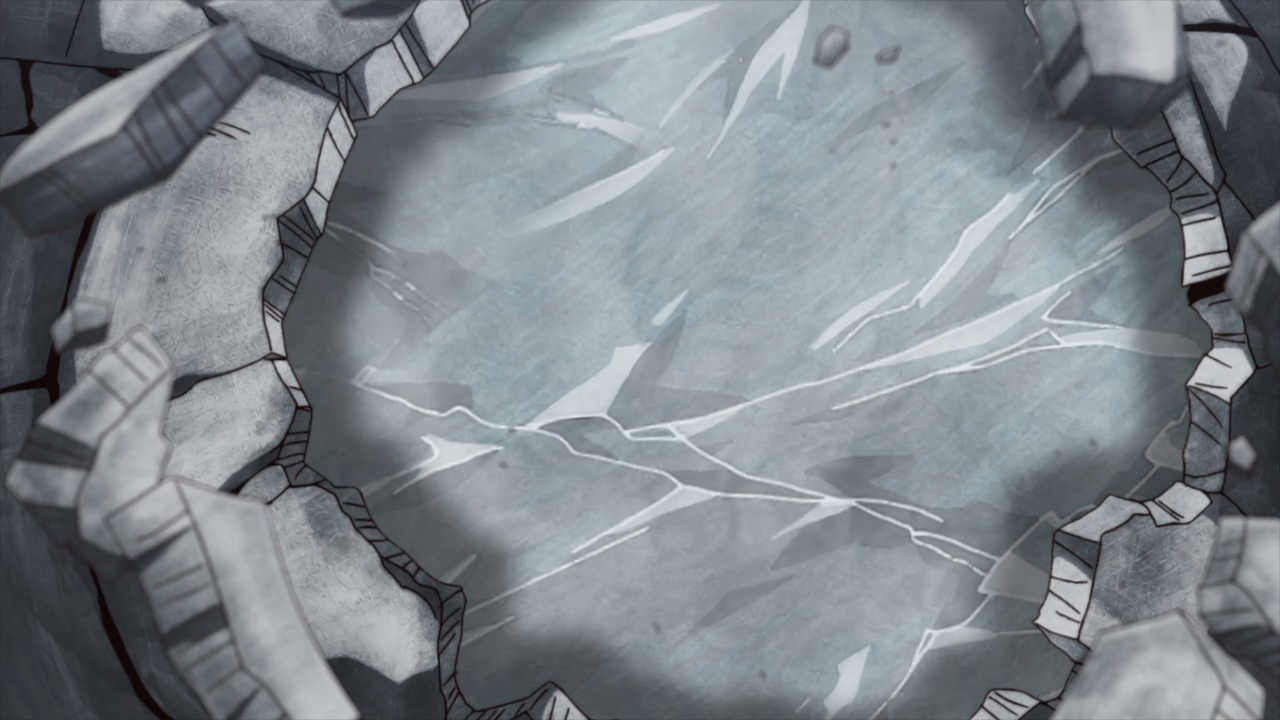 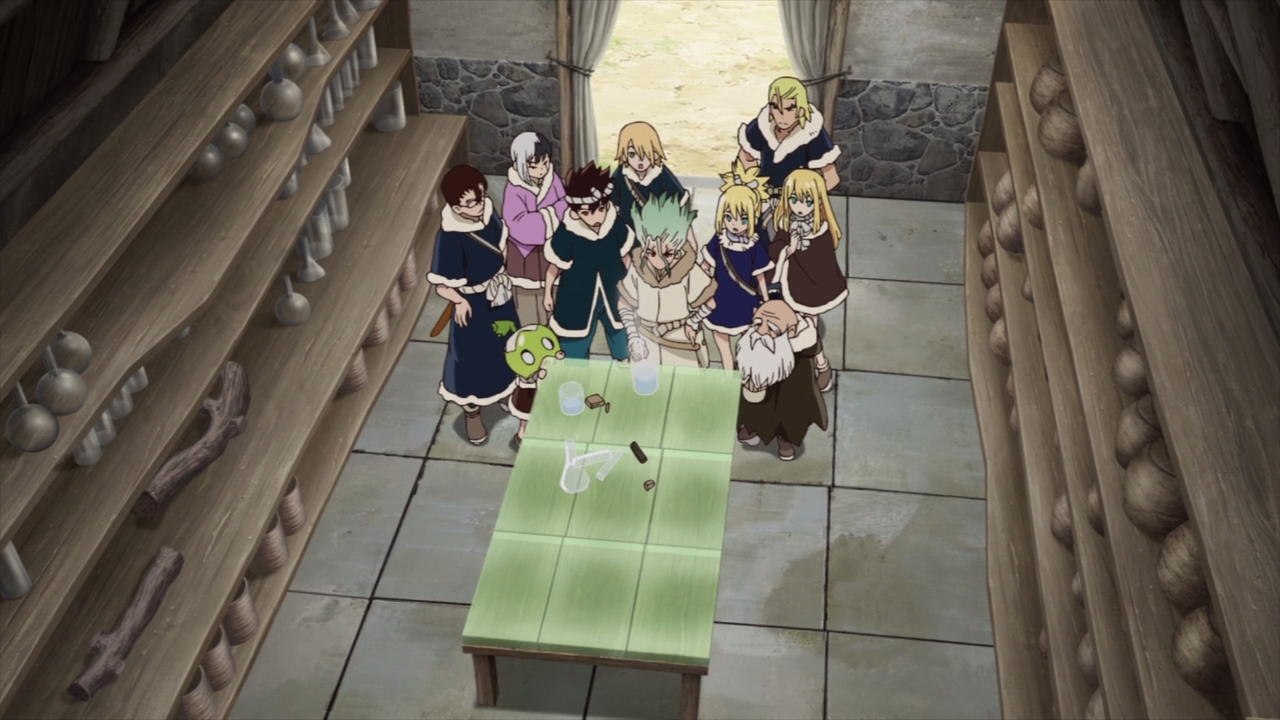 So, Senku took it to his lab where he dip the time capsule into a glass full of hydrochloric acid until the aluminum melts away. By the way, you need adult supervision or have a professional who can handle this dangerous chemical. 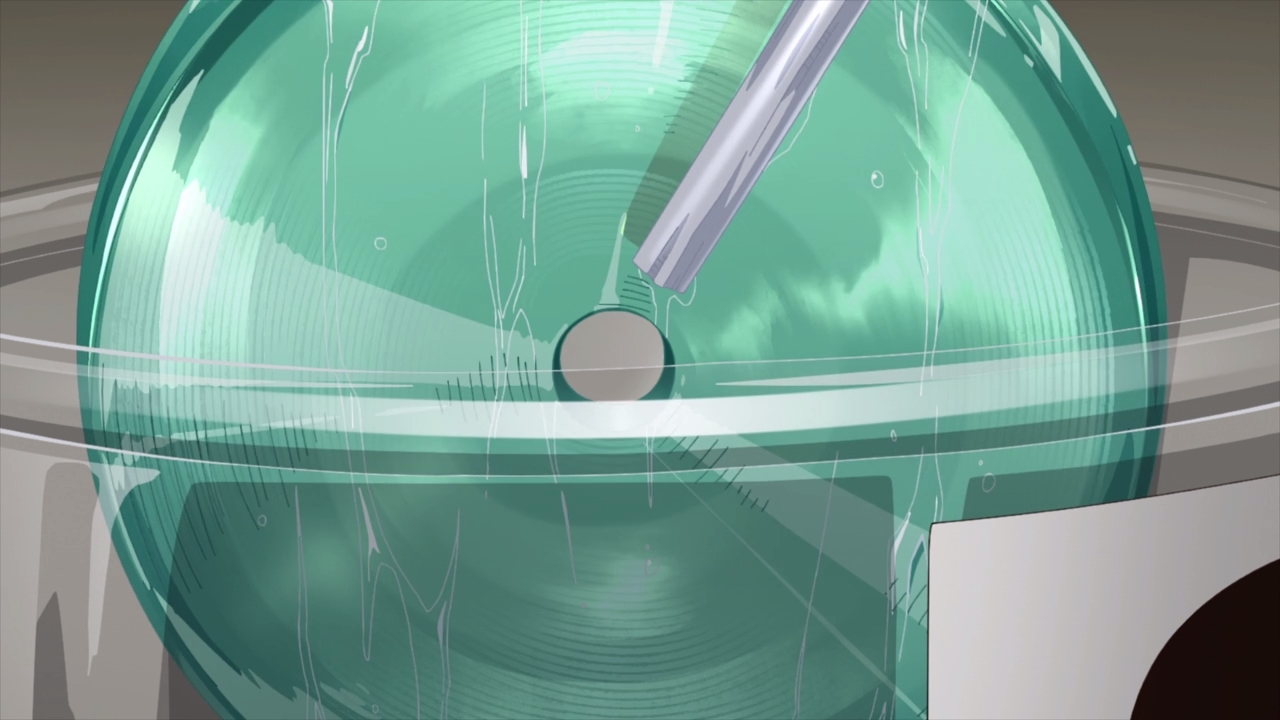 But after melting the aluminum foil, this time capsule revealed its true form where it’s actually a glass disc with grooves. 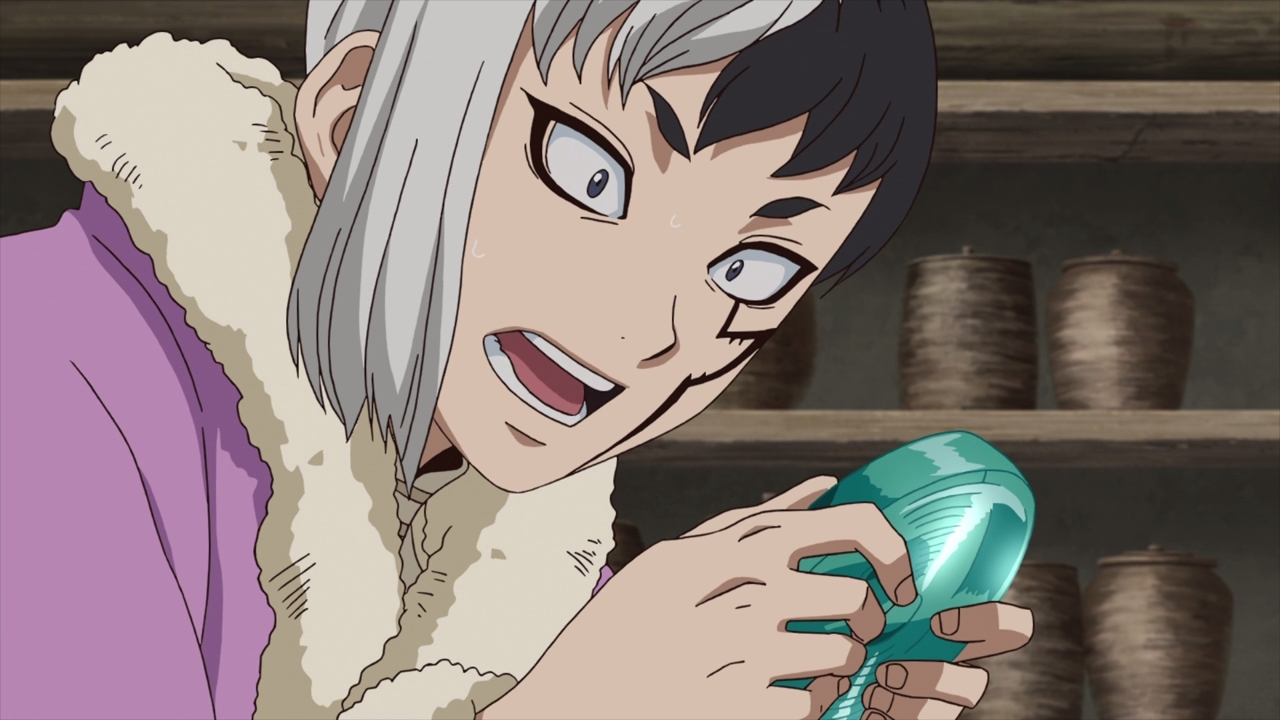 However, Gen Asagiri realized that this glass disc is actually a record where Byakuya and his crew made it not only as a memento that they exists, but also as a way to convey his message to his adopted son. 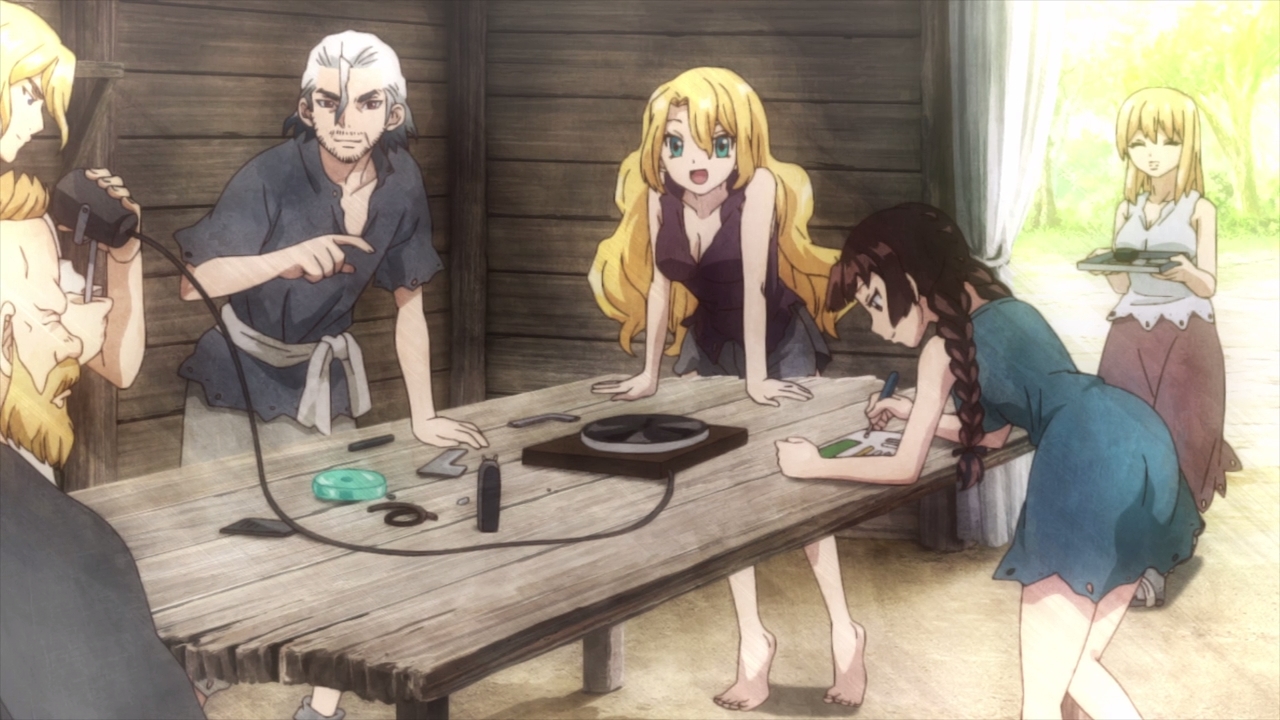 Of course, Byakuya didn’t made a record by himself as he came up with an idea in the first place.

Fortunately, the likes of Shamil Volkov, the Nikitin couple, and Connie Lee helped Byakuya Ishigami made a phonograph using scrap parts, all while using the bottom of the glass bottle as the medium to record their speech since it can last for a lifetime compared to plastic.

Unfortunately, their phonograph was lost in time and only a genius can recreate it in order to play the glass record. 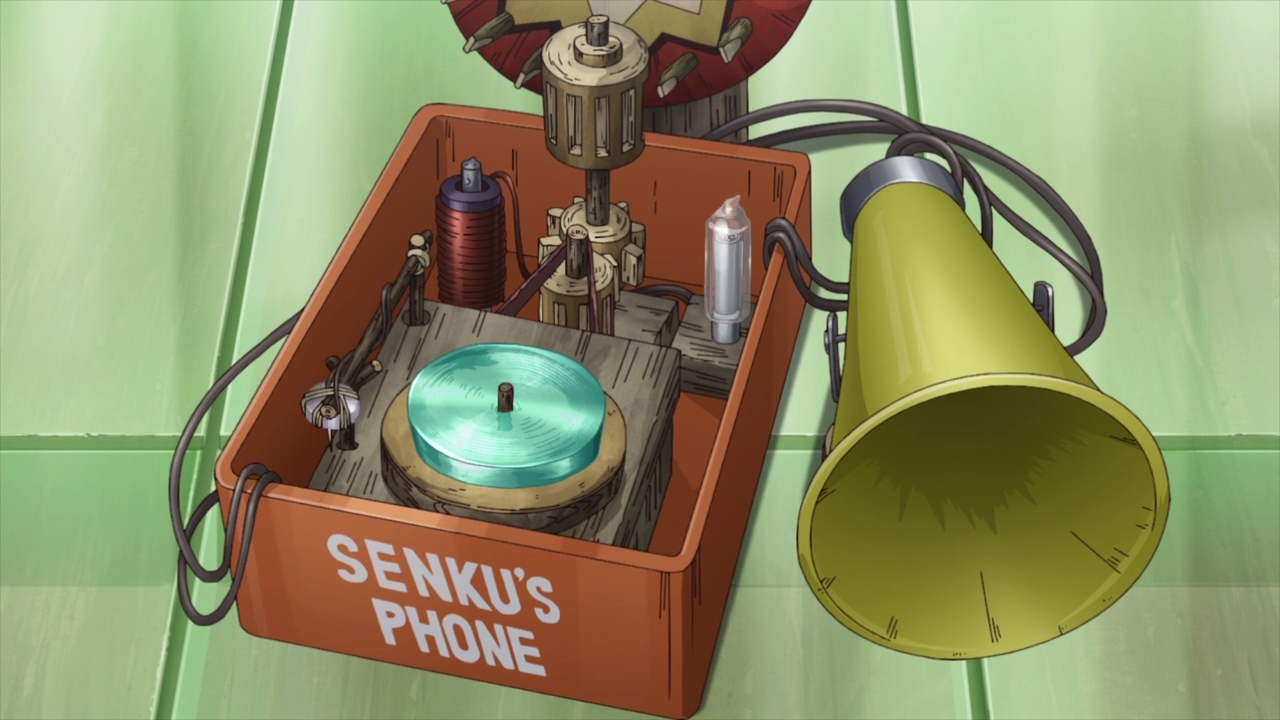 Well, good thing we have Senku Ishigami where he created a phonograph using spare parts from his cellphone. C’mon, he wants to hear his father’s voice for a long time. 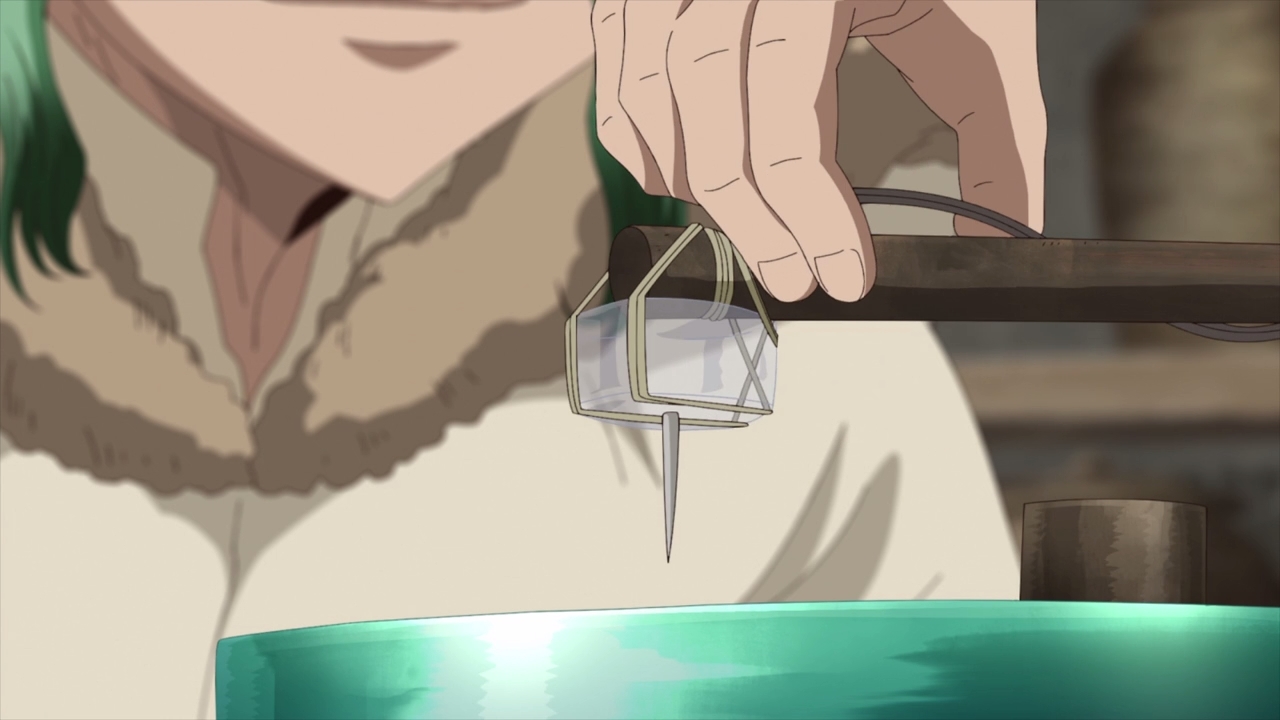 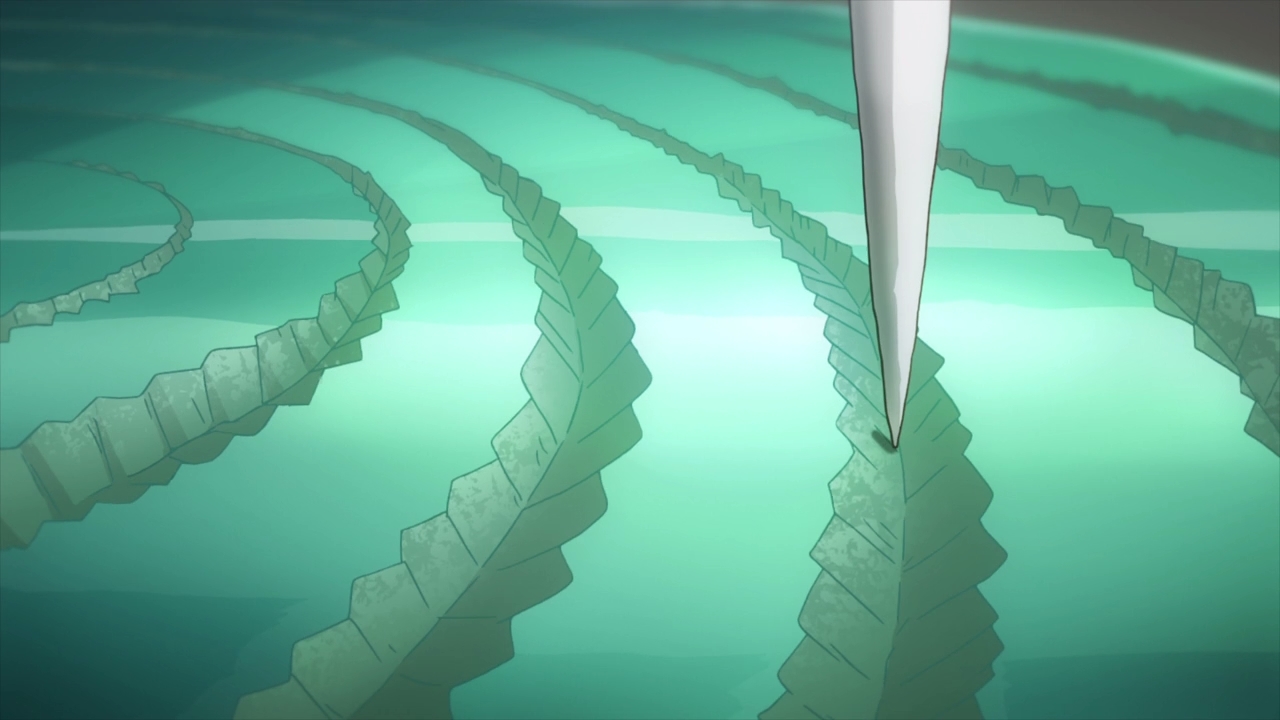 With Ginro spinning the glass record, it’s time for Senku Ishigami to play it throughout the entire village. 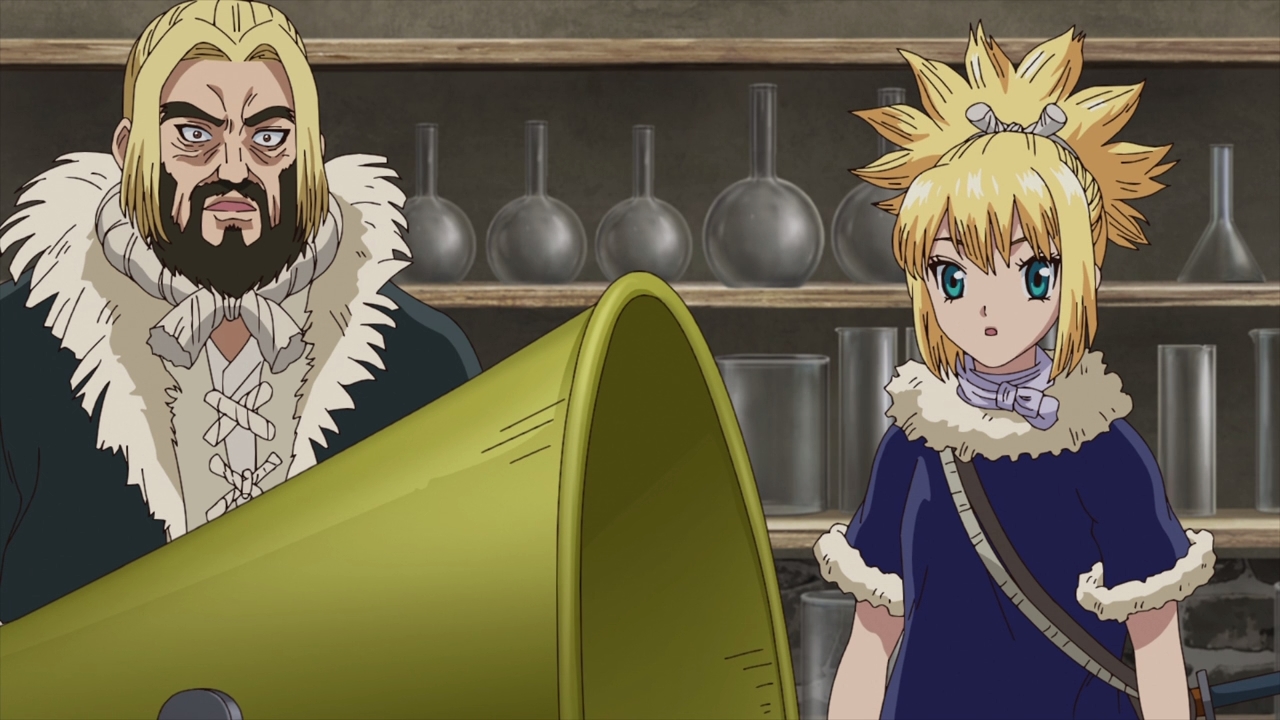 And everyone is surprised to hear their ancestor’s voice for the the first time since Ishigami Village was created 3,700 years ago.

Even Kokuyou and Kohaku can’t believe that they’re hearing the voice of Senku’s father. 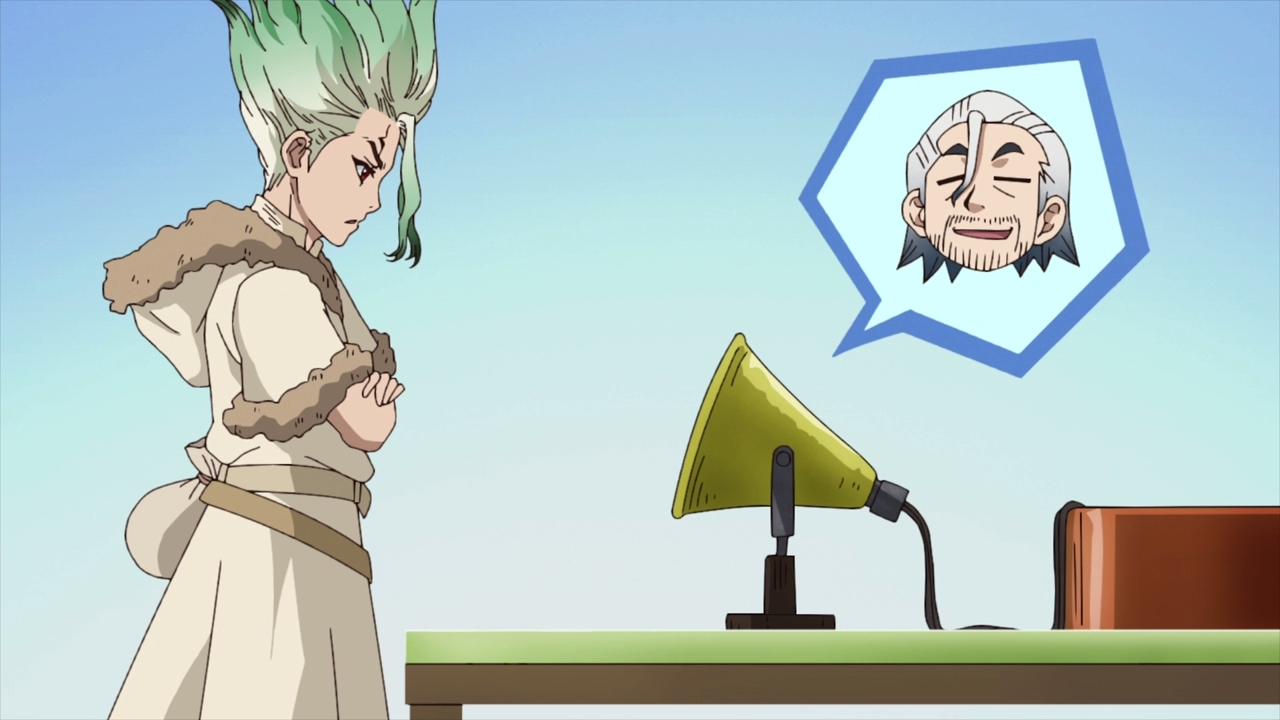 Of course, Byakuya doesn’t like formalities as he wants to cut to the chase and tell something important to his son. 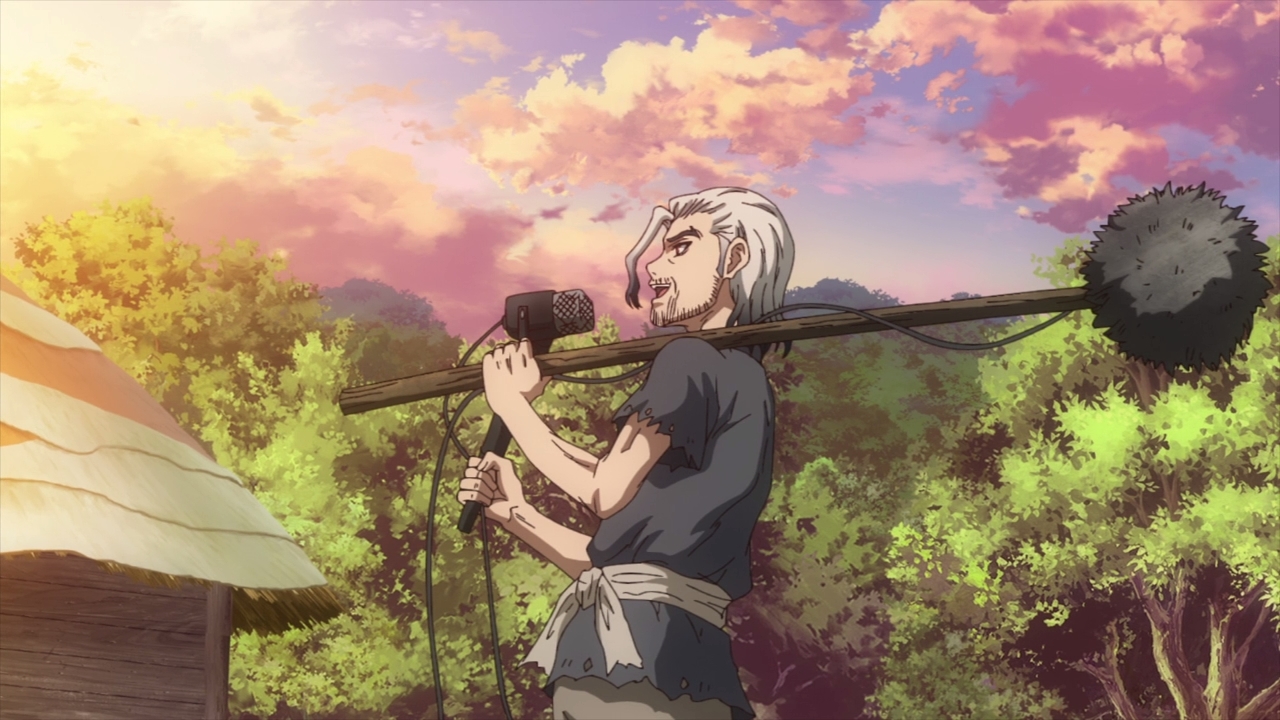 Sure that he and his fellow astronauts/cosmonauts are doing fine, Byakuya told Senku that they want to leave something behind before they leave the mortal world behind… 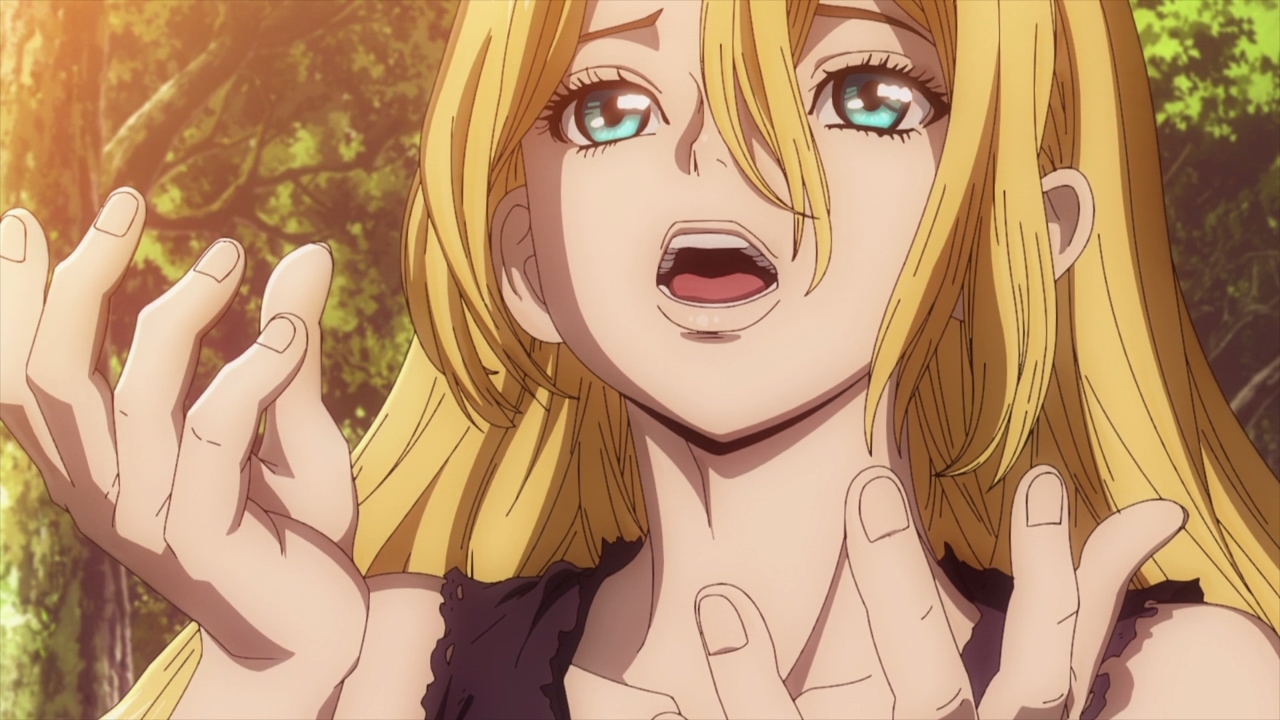 …like a special concert by Lilian Weinberg in which her music will reach out to everyone. Gonna give props to Byakuya for preserving something that’s the most important of all: music. 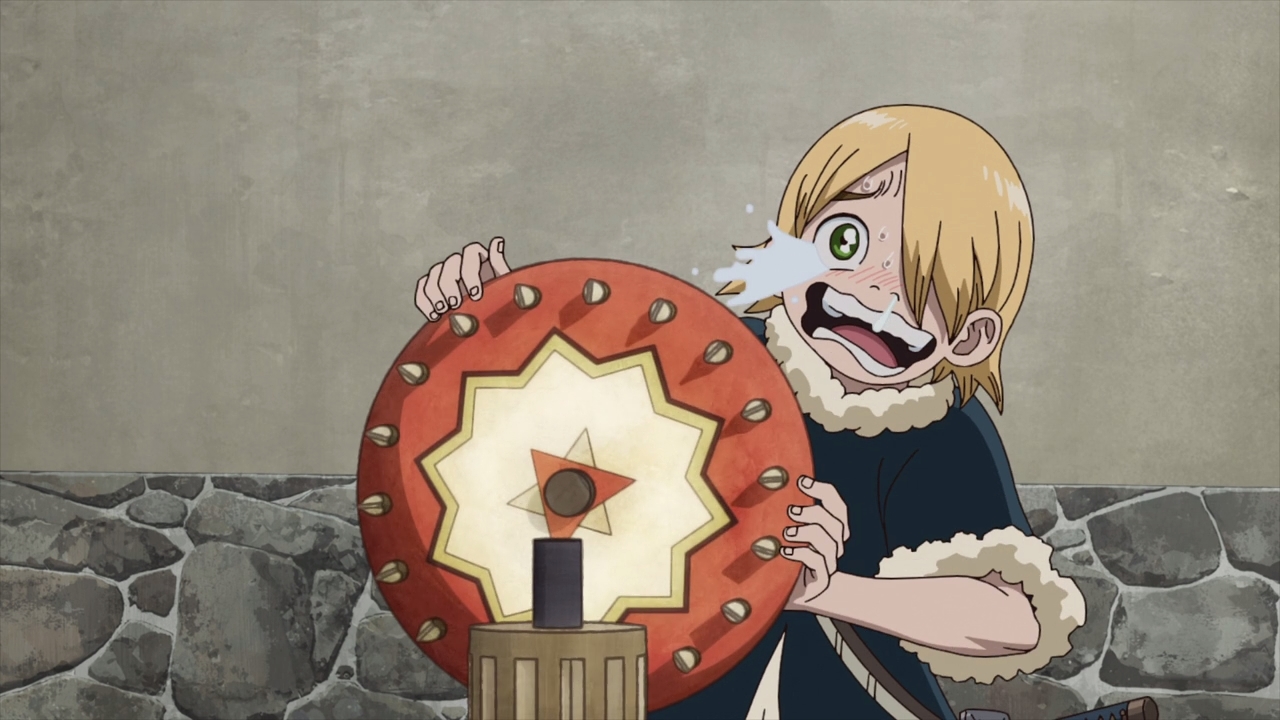 For the rest of the villagers like Ginro, they’re swayed by Lilian’s music that they amazed to see a piece of modern culture in the stone world. 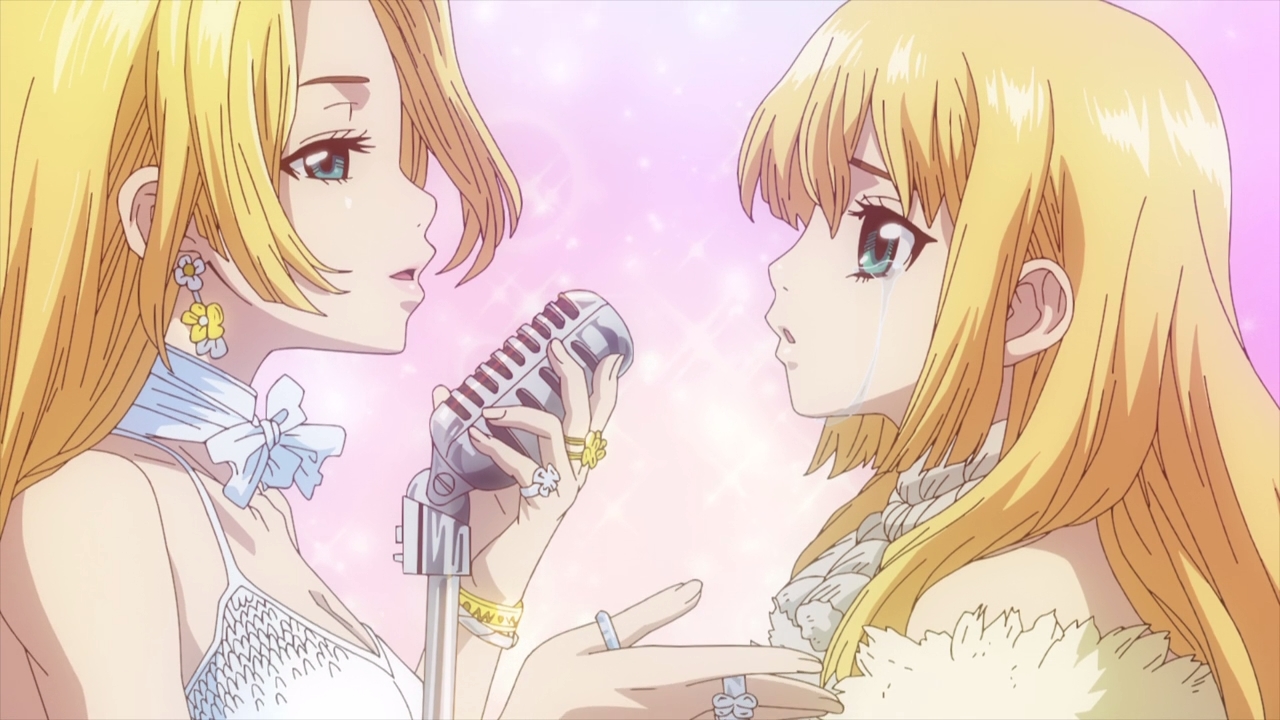 But for Ruri however, her heart is filled with joy that she finally hear her ancestor’s sweet singing voice.

In any case, looks like the villagers are ready to embrace modern civilization thanks to Lilian Weinberg and her music. 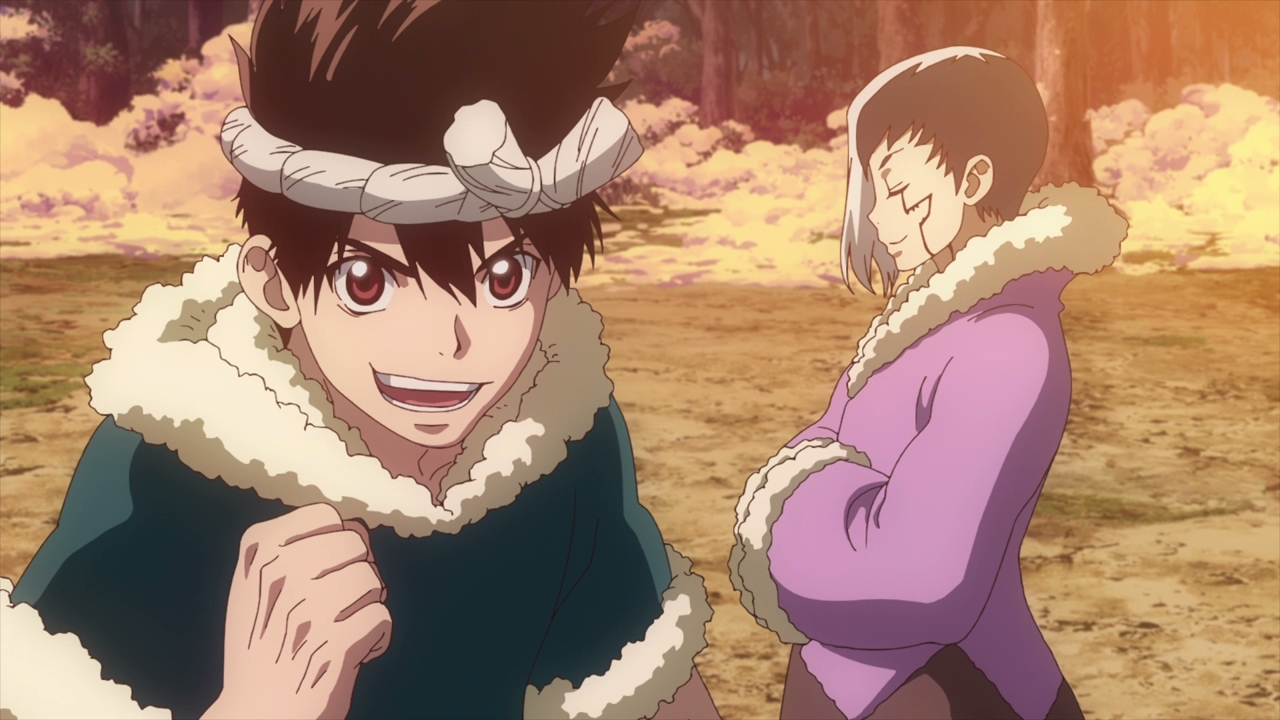 Of course, the inhabitants of Ishigami Village will engage in a war against Tsukasa Shishio and his Empire of Might as they really want to destroy modern civilization in favor of a new order. It’s inevitable but everyone is prepared for it. 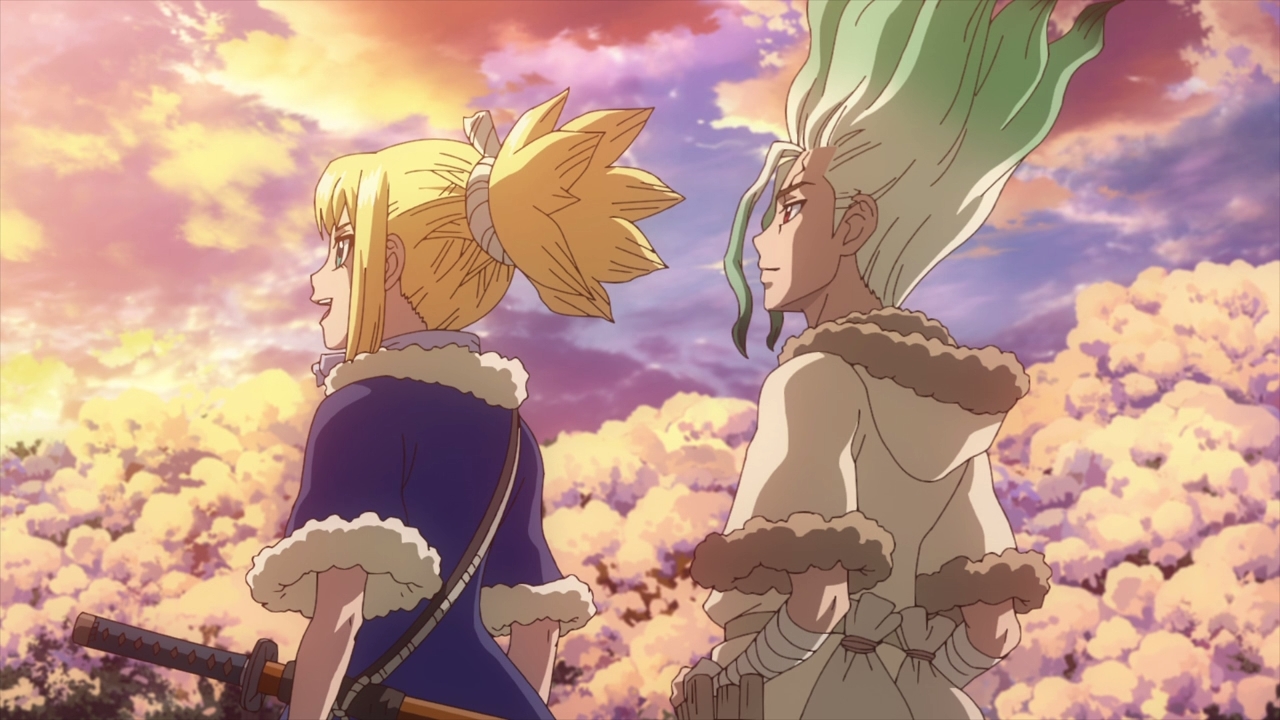 So, Senku came up with a plan on finding those people who are petrified and revive them. And sure that Tsukasa and his empire hold large quantities of nitric acid by themselves, Senku will find another source for it.

For now, he needs to create another cellphone in order to contact his best friend. Sure that I want him to create a portable one since Senku created a bulky phone, what happened to both Taiju Ooki and Yuzuriha Ogawa? 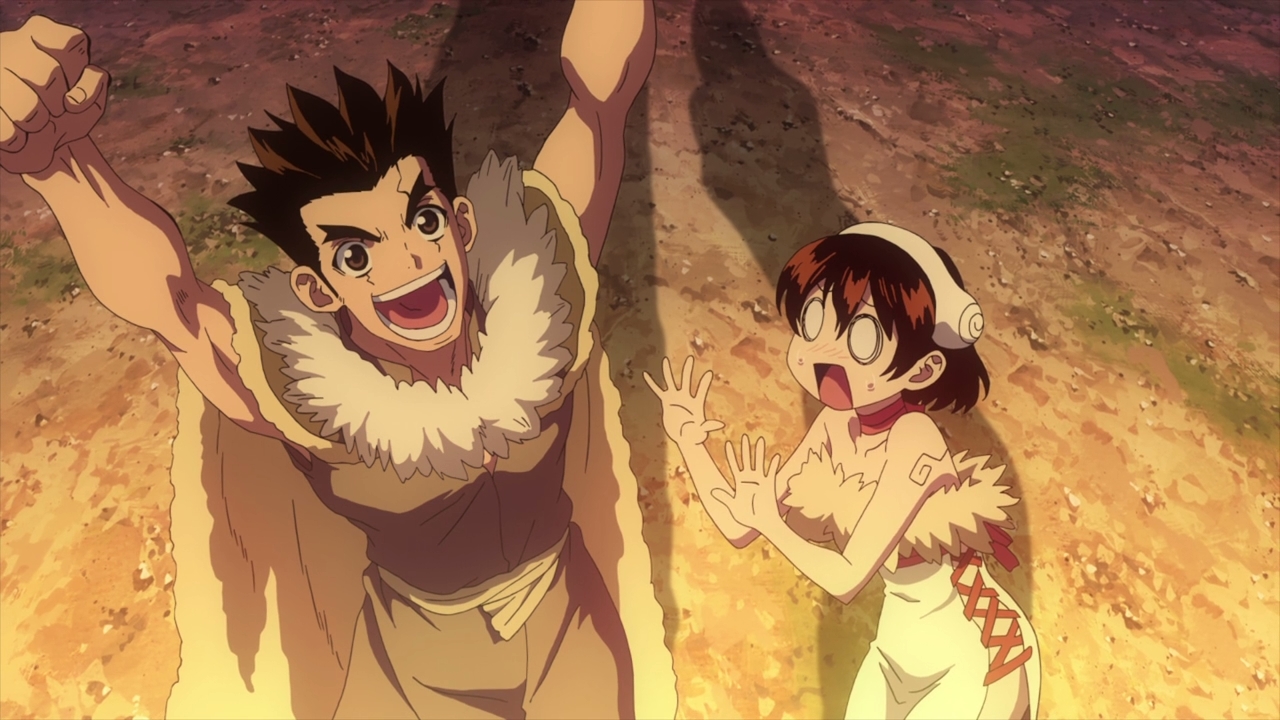 Oh, they’re still alive and kicking inside Tsukasa Shishio’s Empire of Might. Let’s hope that they’ll see Senku again but that’s about it for Dr. Stone.

And really, I’m truly impressed on this anime adaptation because Senku use his wits and vast knowledge of modern science to not only survive the stone world, but also gained allies along the way. Glad that I have no regrets on watching this show and I’m really stoked on the upcoming sequel in a few months time.

With that said, I’ll see you again… in time for the Stone Wars!