Continuing from the previous episode, it appears that summoning a beast to destroy Izale Village and wreck the legendary armor wasn’t enough for Kilkapul, so he decides to sacrifice his life to summon something that’s far more dangerous. 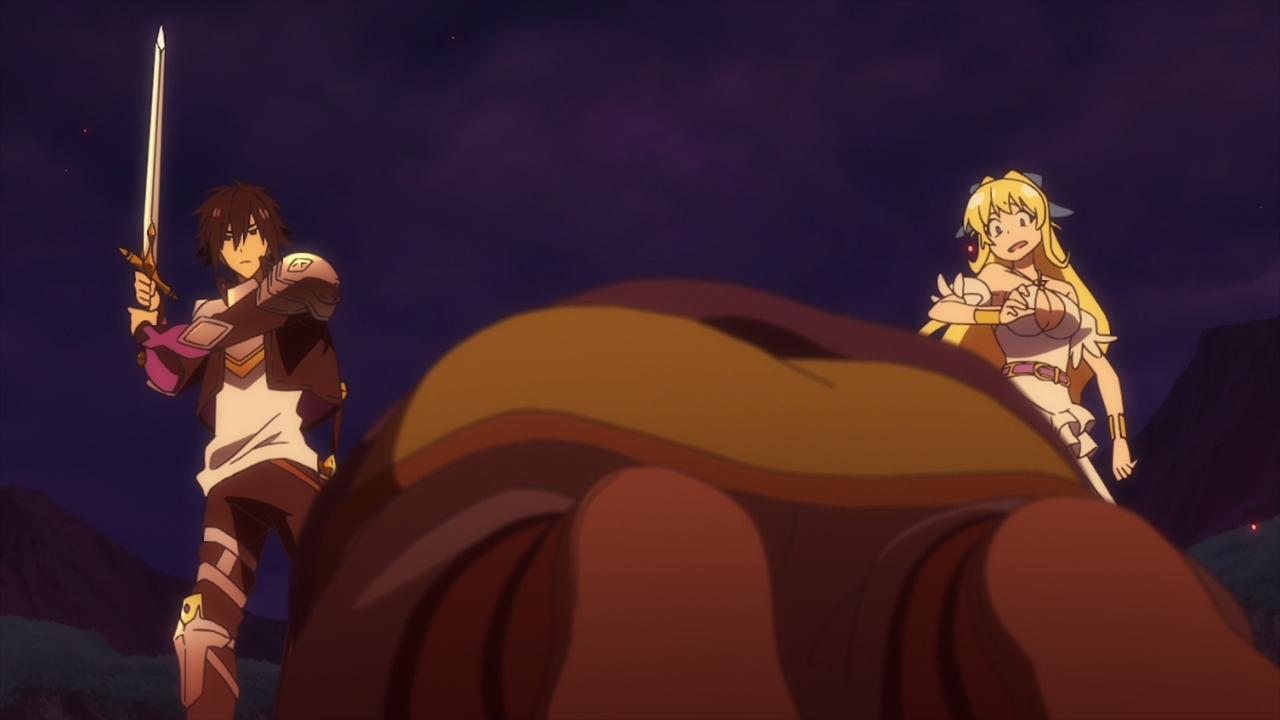 And while Kilkapul transported his summoned beast to another dimension for future use, Ristarte couldn’t believe that he’ll do anything to destroy Seiya Ryuuguuin and Gaeabrande. 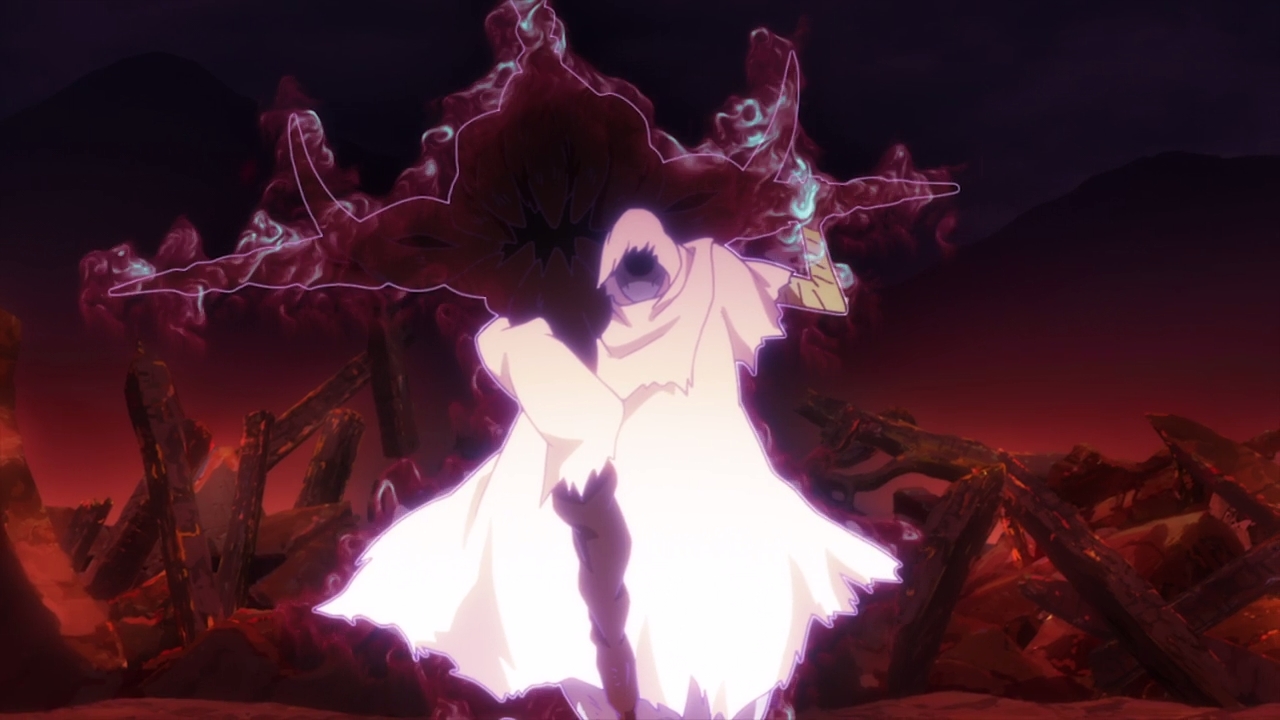 Thus, Kilkapul summoned Cross Thanatos, which is the most powerful god of death that its stats are literally indecipherable. Basically, it’s impossible for Seiya to kill it! 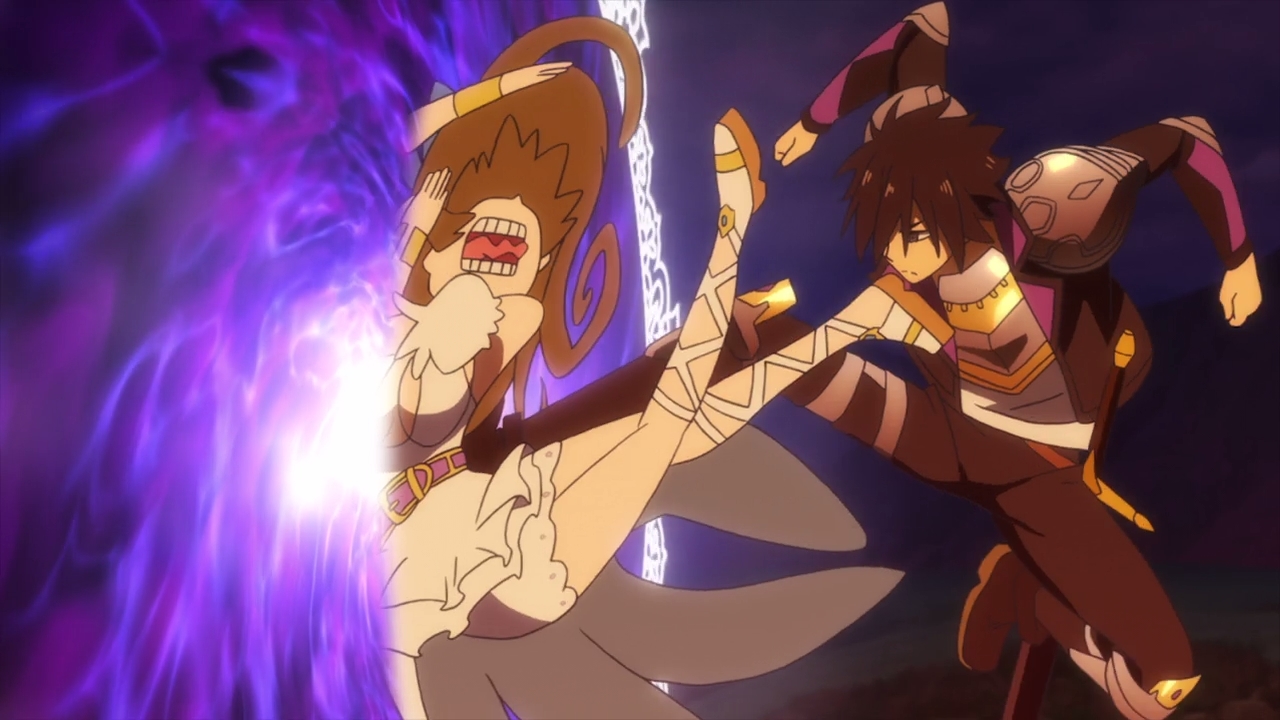 Therefore, the cautious hero decided to flee to the Unified Divine Realm and train harder… except that he won’t train this time because Seiya can’t kill a god no matter how much he train to level up his stats.

So, Seiya Ryuuguuin came up with a plan to have someone kill Cross Thanatos.

In fact, he wants Valkyrie to take care of it, but this Goddess of Destruction is busy with other things like painting. 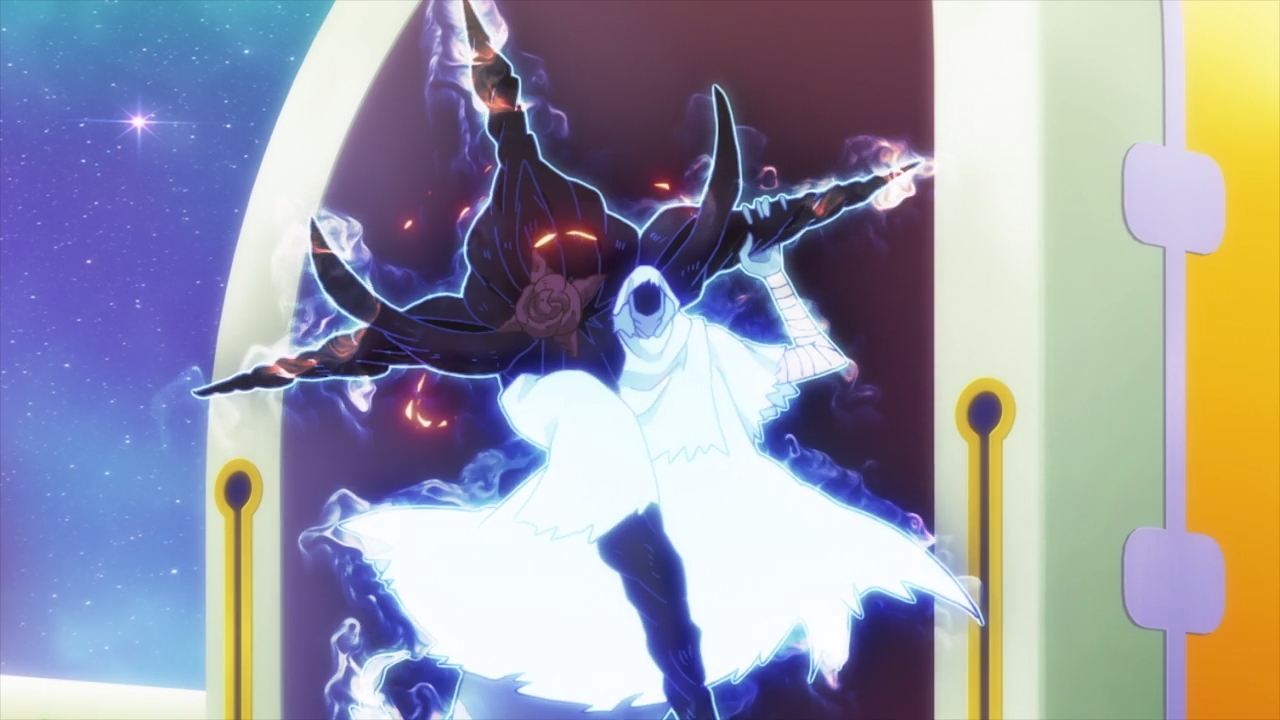 Unfortunately, looks like Valkyrie’s painting session will be cut short as Cross Thanatos destroyed her easel. 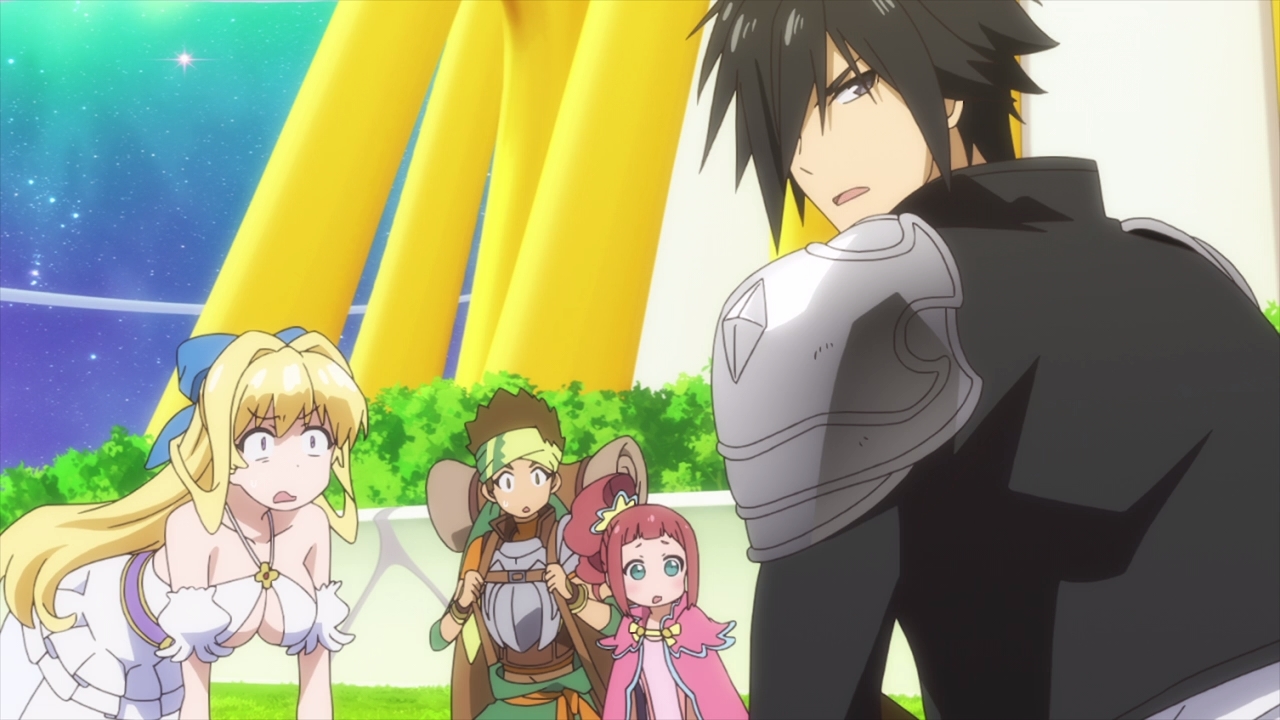 But seriously though, Seiya is one mean hero where he just ruined Valkyrie’s quiet pasttime at the Unified Divine Realm. Even Ristarte couldn’t believe that he pulled a jerkass move!

But thanks to Seiya’s jerkassery, Valkyrie flipped out as she used her powerful technique called the Gate of Valhalla. Of course, she needs Ishtar’s permission to use it. 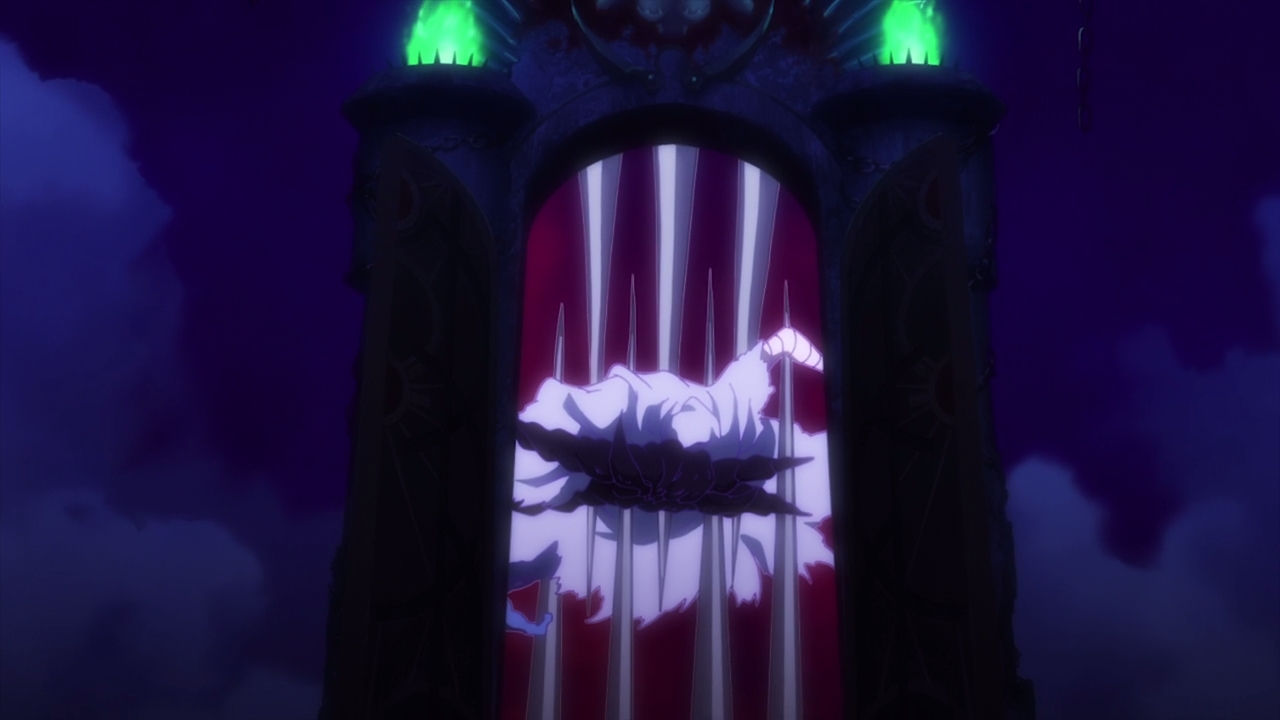 And as you can see, Valkyrie destroyed Cross Thanatos by trapping it into another dimension.

Of course, there’s a side effect as Valkyrie used her life force to kill the most powerful god in existence.

Then again, she can’t die since Valkyrie is inside the Unified Divine Realm. Oh, and do I forgot to mention that she’s actually a masochist?

In any case, Seiya Ryuuguuin asked Valkyrie to teach him the Gate of Valhalla in order to defeat the Demon Lord.

While the Goddess of Destruction initially refused to teach him due to his rude behavior, Valkyrie eventually agreed to let Seiya learn her ultimate technique. 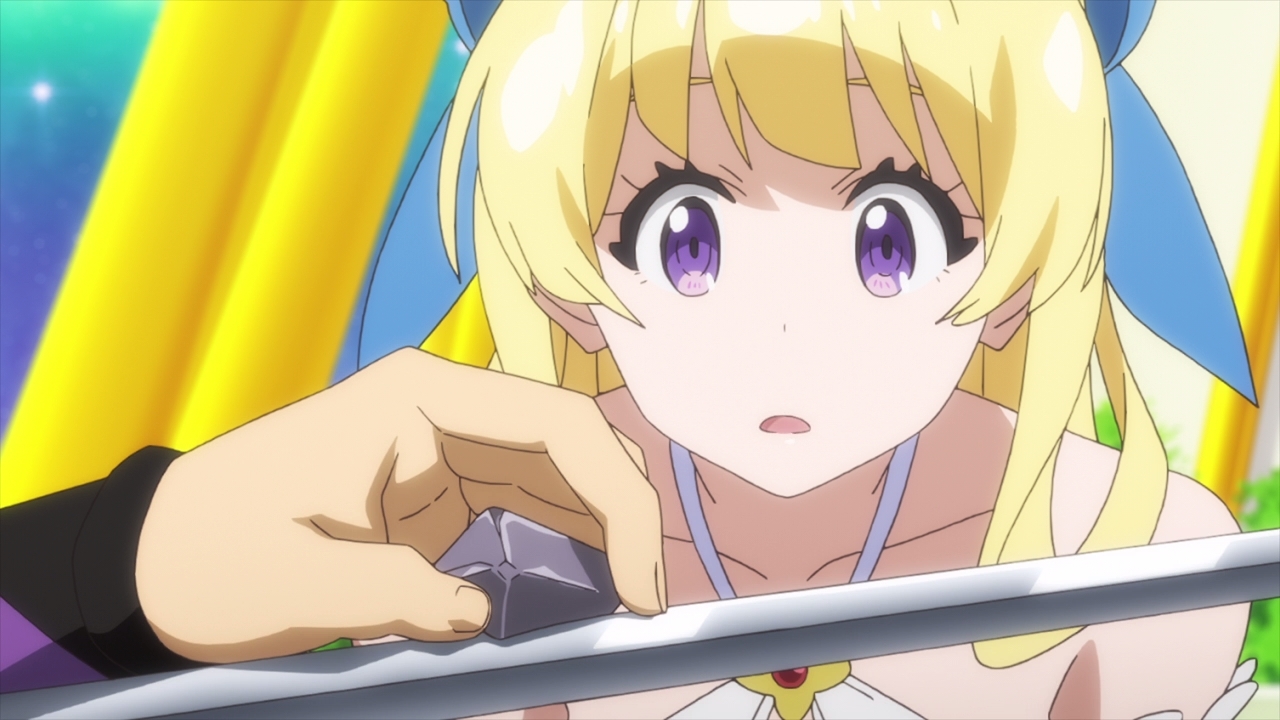 But before he learn Valkyrie’s Gate of Valhalla, Seiya needs to upgrade his equipment using scraps of metal from the legendary armor. Wait, did Ryuuguuin manage to salvage a part of it? 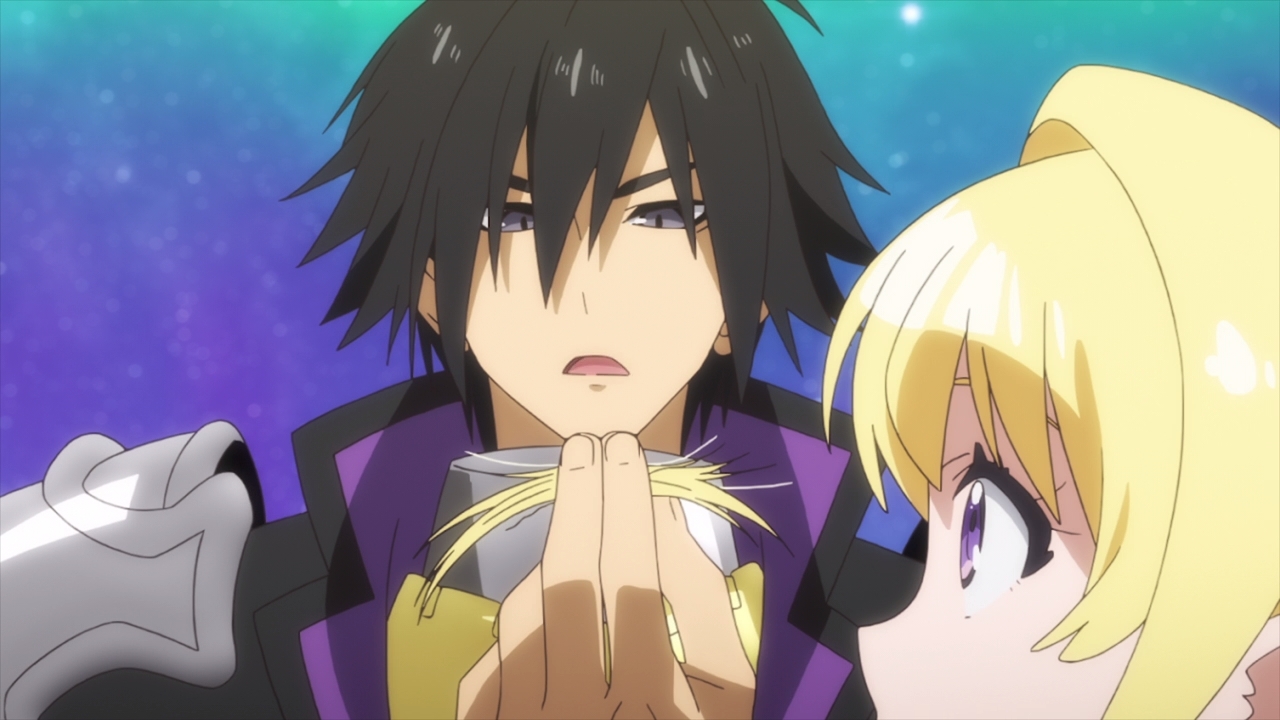 Of course, Seiya needs Ristarte’s lock of hair in order to synthesize a powerful weapon that he can use. Poor Ristarte, she’s being used as a dispenser for her divine hair. 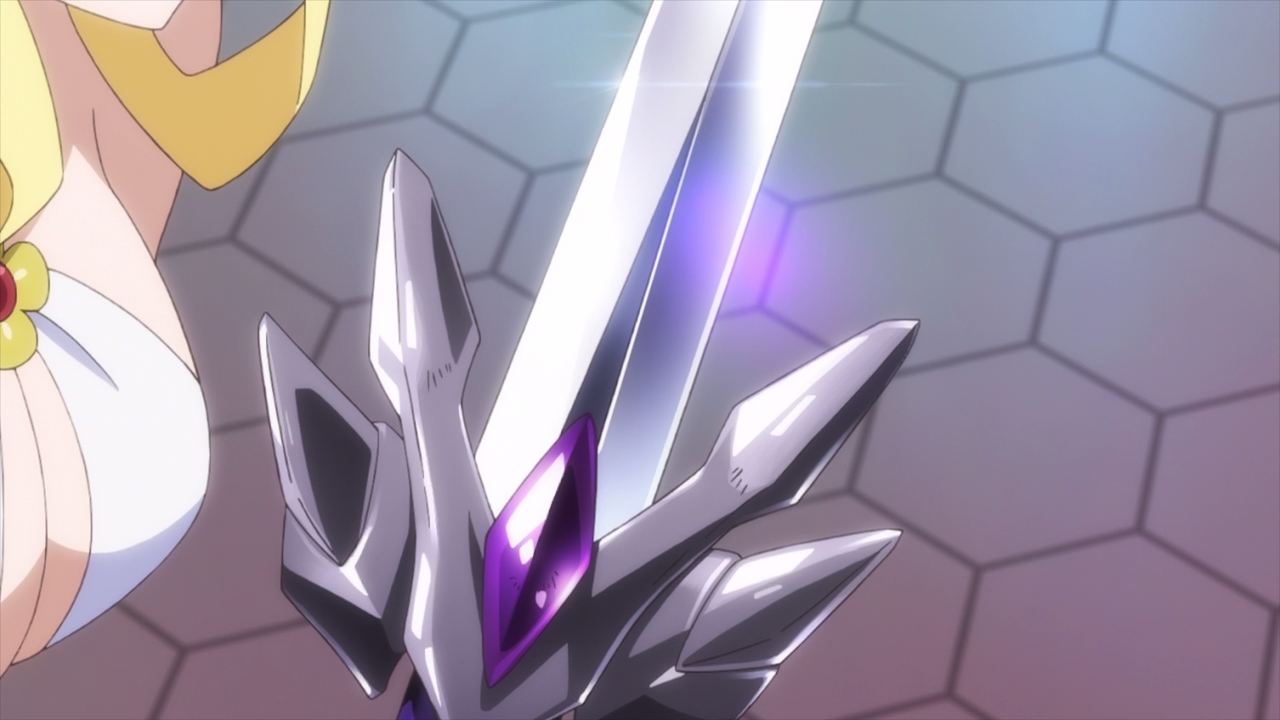 Anyways, Seiya Ryuuguuin combined his sword with the remains of the legendary armor (plus Ristarte’s hair) to form Adamantitor, which said to be the most powerful sword in existence.

While it’s not gonna kill a demon lord, this sword can dish out massive damage! 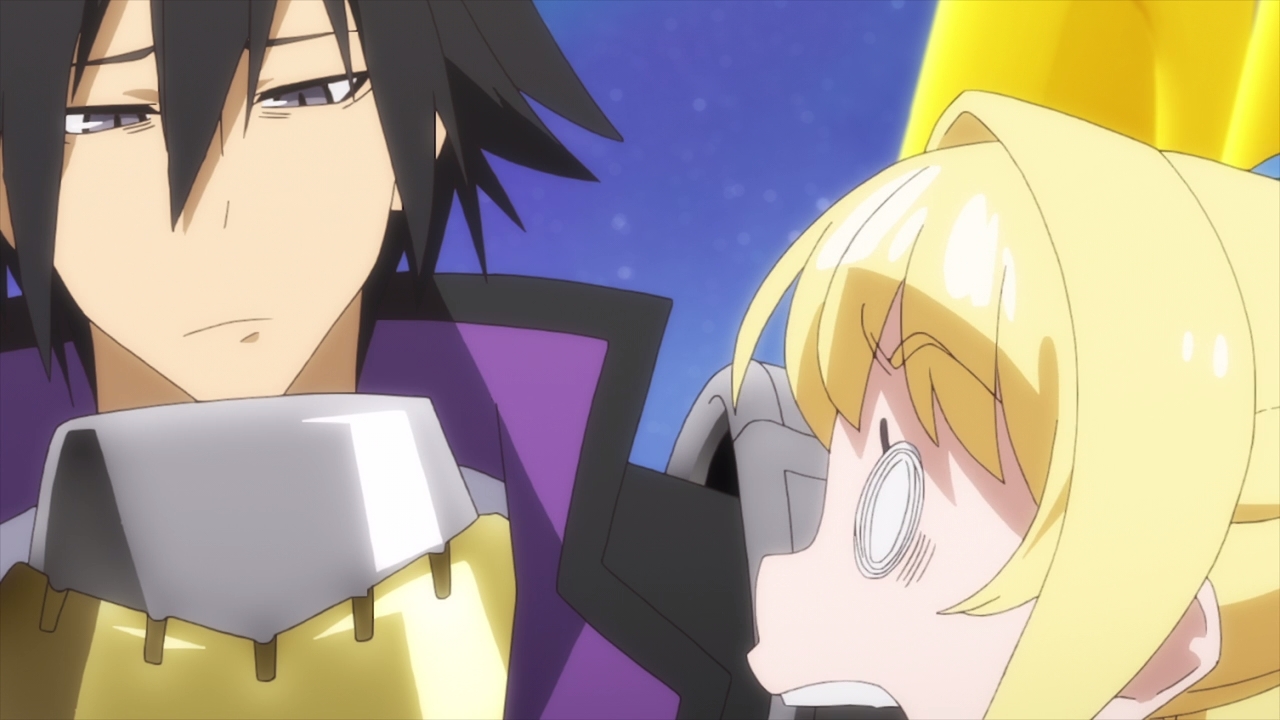 On the other hand, Seiya Ryuuguuin told Ristarte that she smelled badly, something that she’s embarrassed and angry on what he said. Um Ristarte, did your body got covered in mud or slime previously? 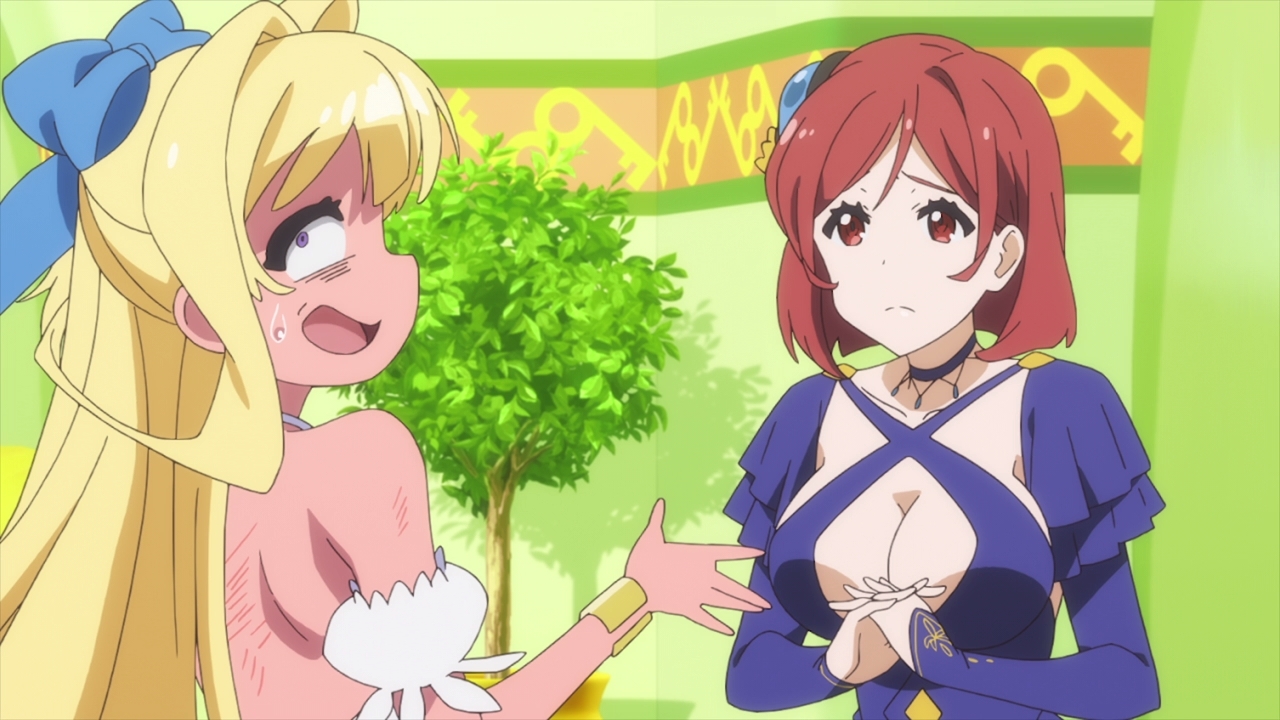 So while Seiya trains with Valkyrie, Ristarte went to Ariadoa where she wants to check on Eruru and Mash to see if they got stronger.

On the other hand, it seems that Ariadoa noticed that Ristarte’s skin got redder as if she got a nasty sunburn.

Of course, the truth is that Ristarte scrubs her body hard in order to get rid of the smell, but she did it too much.

But you know what, her skin will regenerate anyway since Ristarte is inside the Unified Divine Realm. 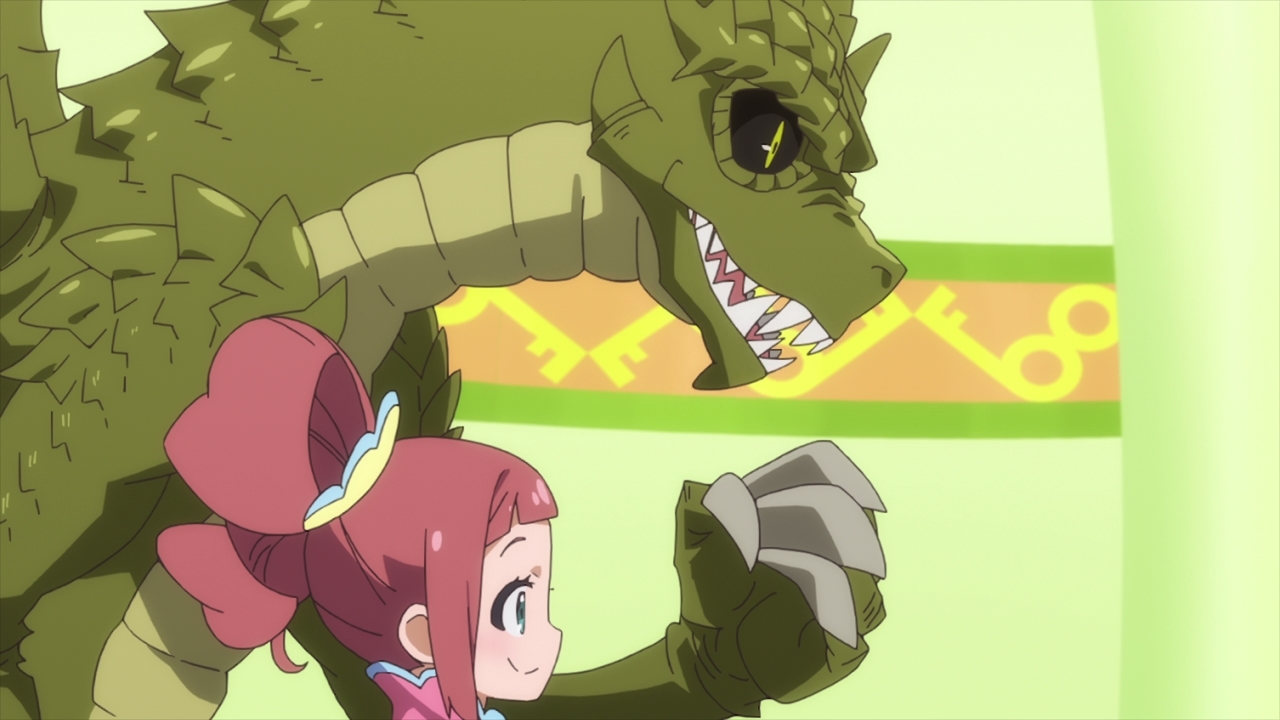 Now let’s check on these two dragon-born warriors as Mash has finally mastered his dragon transformation technique, while Eruru upgraded her buffing magic.

Gotta say that these two worked so hard to be useful to the cautious hero, but let’s not forget that Seiya will treat them as luggage carriers. By the way, where’s Ryuuguuin?

On second thought, why a naked Valkyrie is on top of Seiya Ryuuguuin? Is this part of their training!? 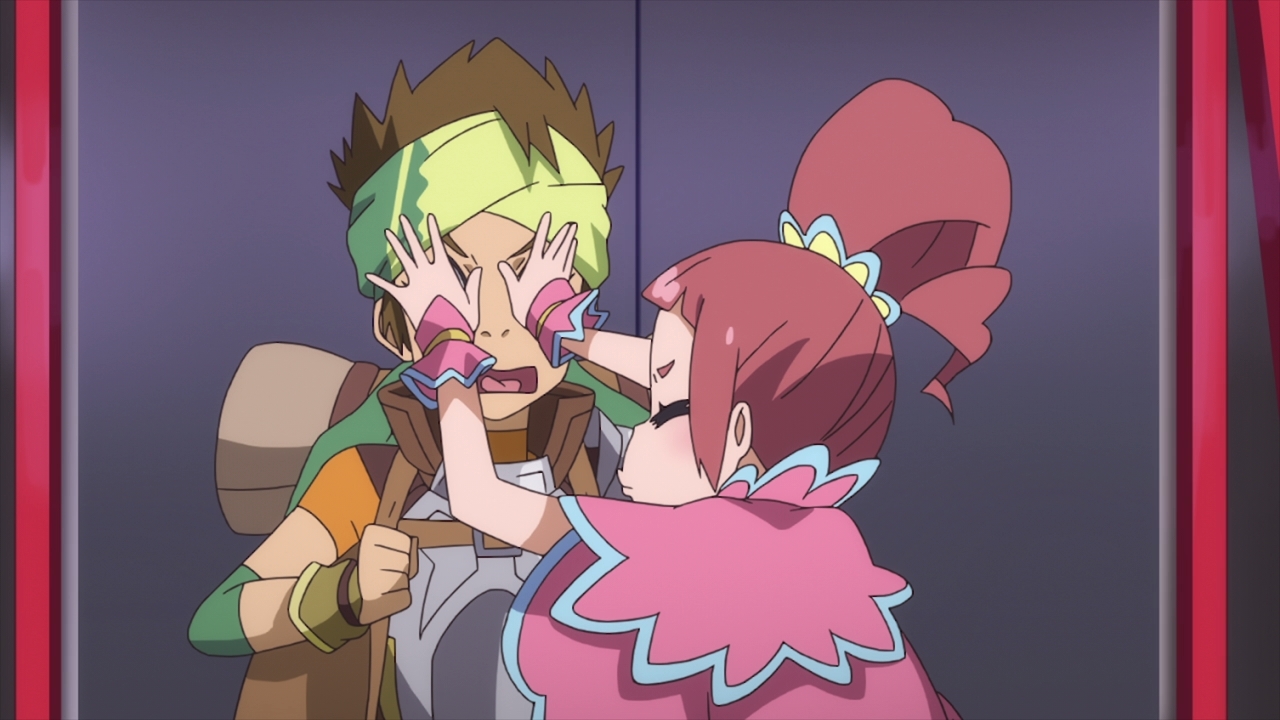 Hell, even Eruru is shocked that she covered Mash’s eyes. Seriously, did they had sex? You know that it’s forbidden to have a mortal and a goddess do it in bed!

But, Seiya explained to Ristarte that this is part of Valkyrie’s training, which she doesn’t buy it at all.

Um Ryuuguuin, that is bullshit ’cause you fuck Valkyrie. What a freakin’ goddess killer you are, Seiya! 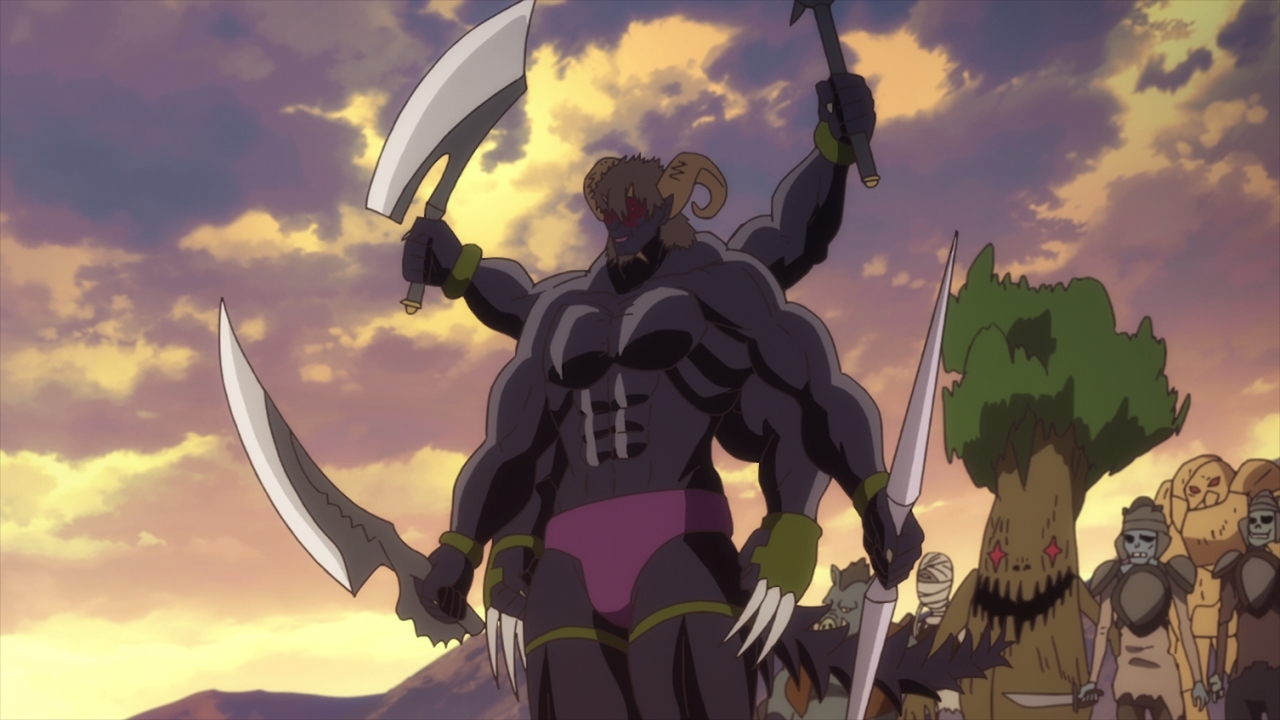 Now that Seiya has finally finished his training with Valkyrie, it’s time to return to Gaeabrande where one of the generals named Eraser Kaiser brought his demon army and attempts to destroy the Roseguard Empire. 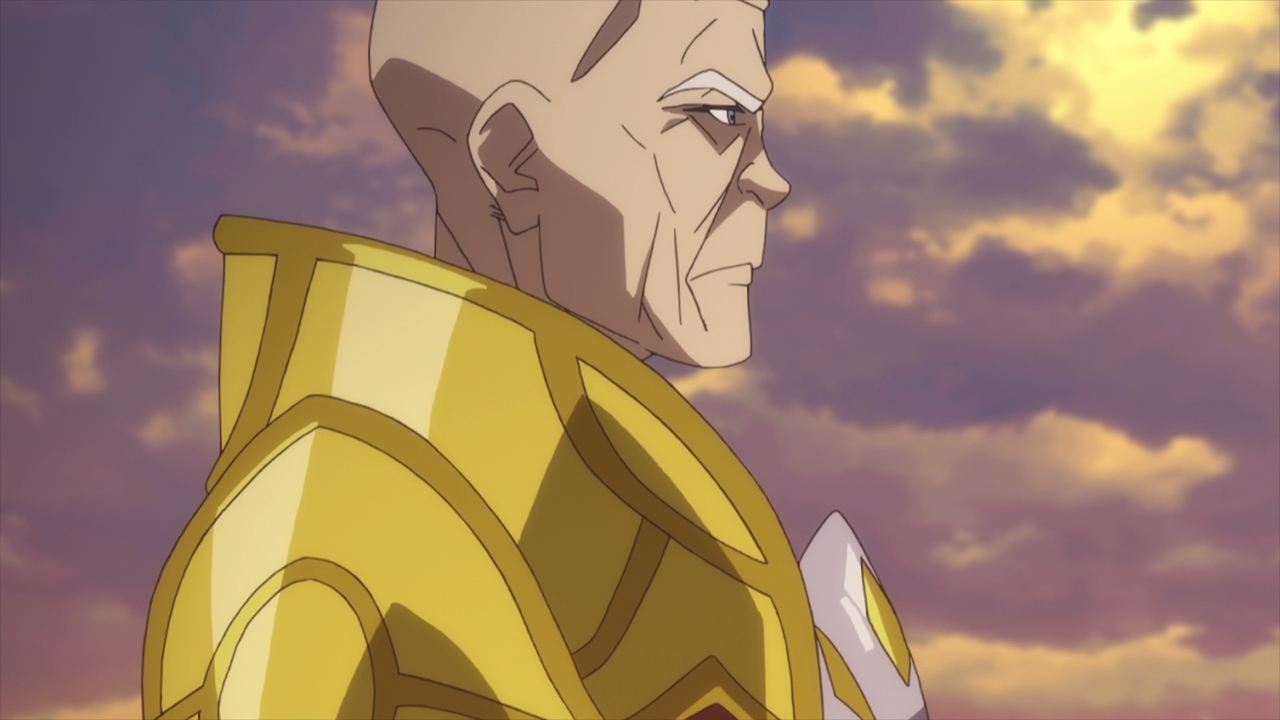 And while Seiya Ryuuguuin has arrived to deal with it, seems that he won’t beat Eraser Kaiser this time ’cause the Warmaster is here to destroy it. 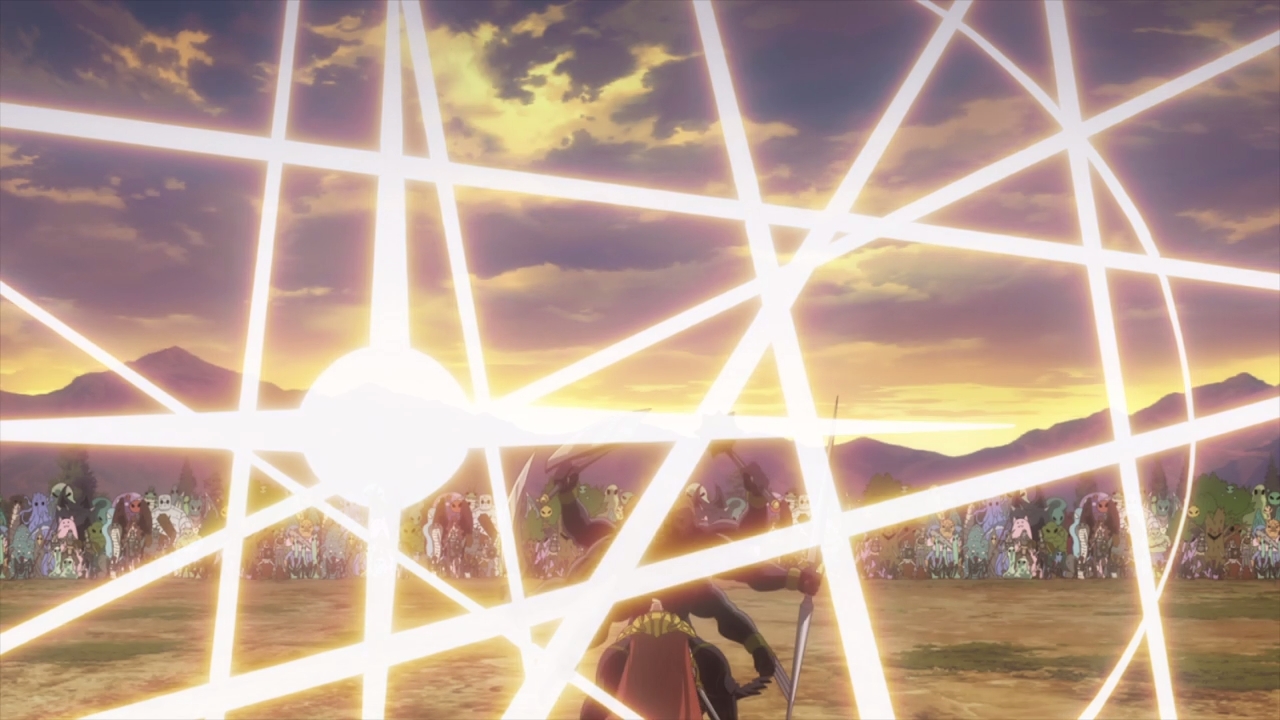 Despite being an old man, the Warmaster slices and dices Eraser Kaiser that he created visible slashes. 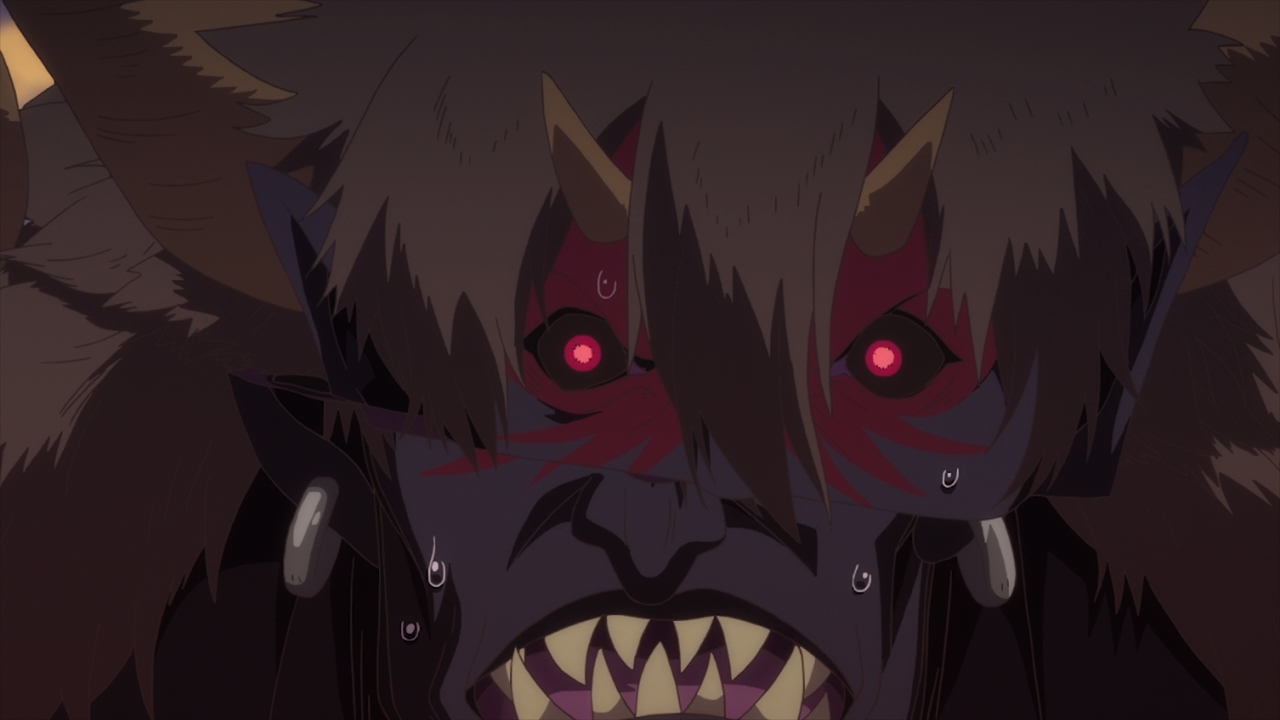 And for Eraser Kaiser, looks like he didn’t put up a fight ’cause he’s already dead. So much for his menacing appearance… 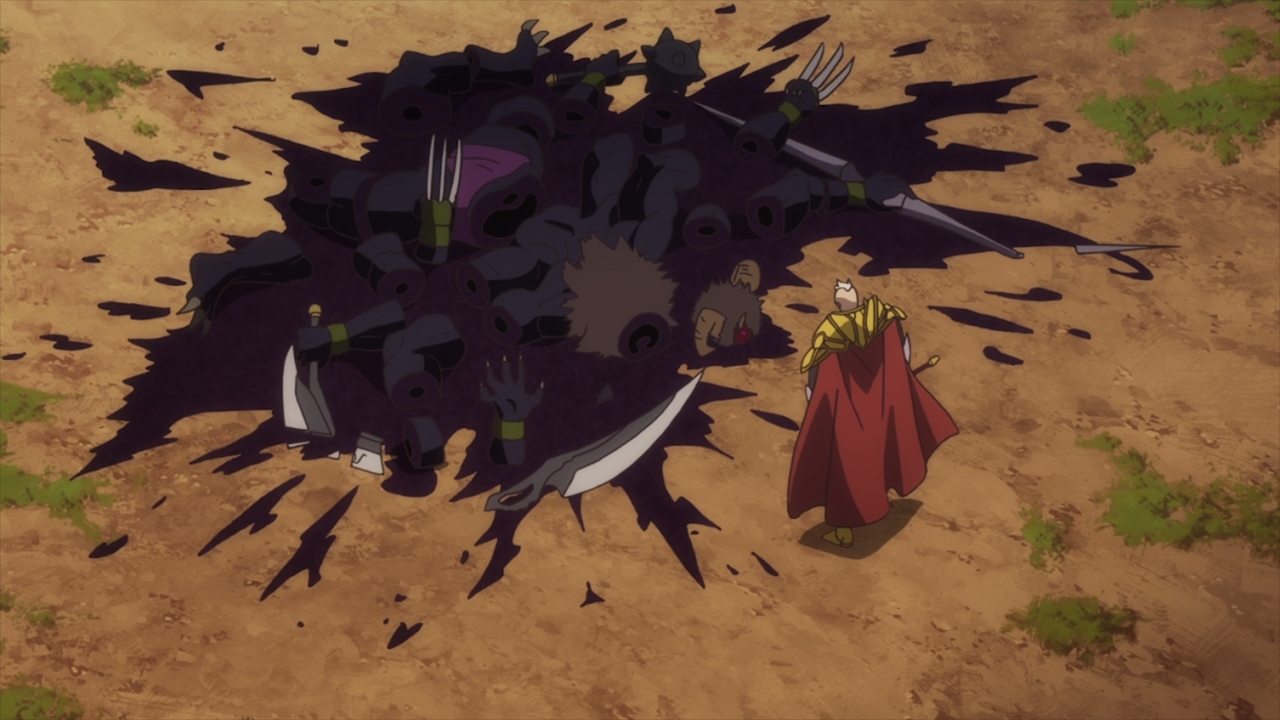 But anyways, the Warmaster has finally defeated one of the generals from the demon army. Of course, this old man is not done yet! 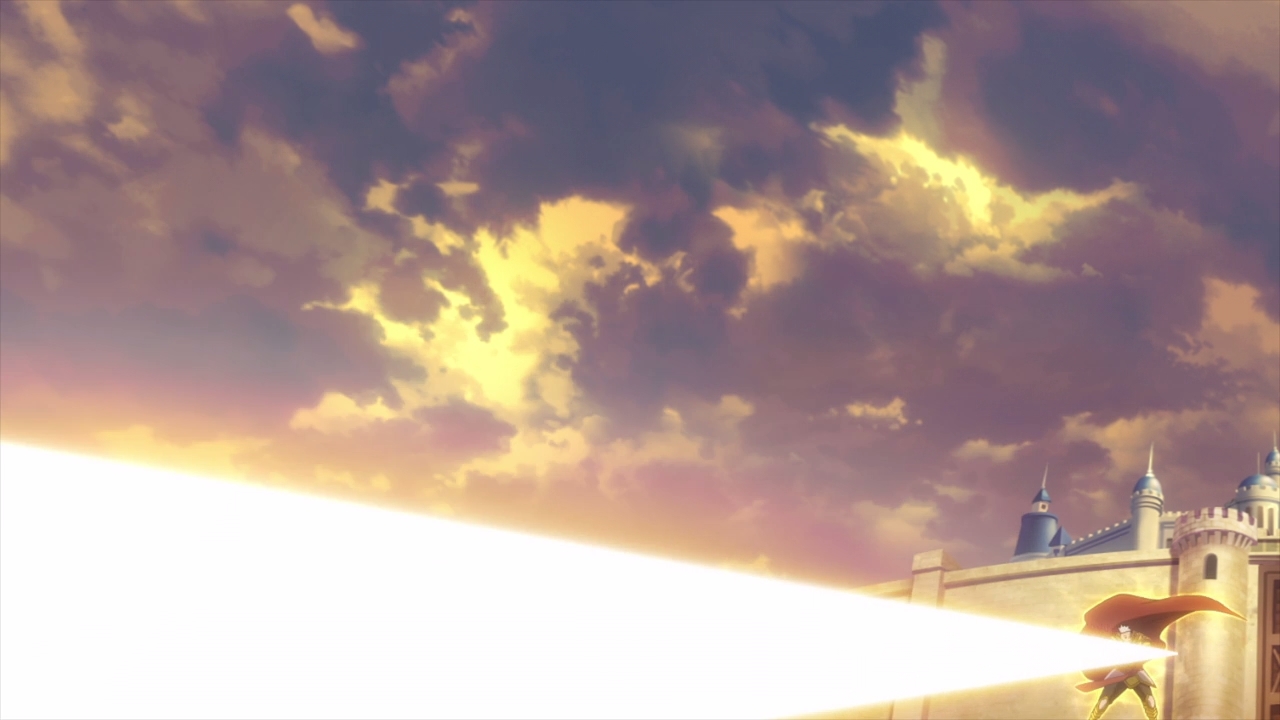 In fact, the Warmaster is just warming up as he unleashes a powerful sword of light that’ll make Masami Obari gush over how long it is. Well, not really… 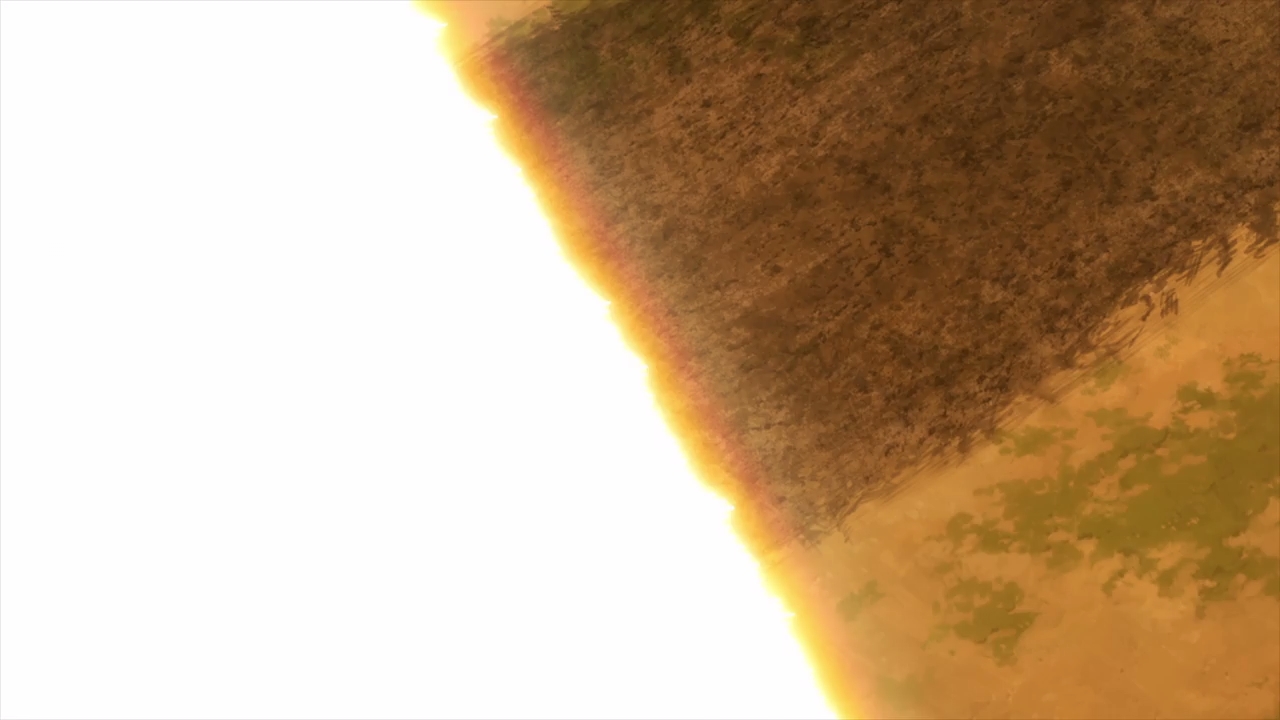 But thanks to the Warmaster, the demon army is wipe out and the Roseguard Empire is safe. Come to think of it, I think the Warmaster would be the perfect warrior when it comes to dealing with the Demon Lord. 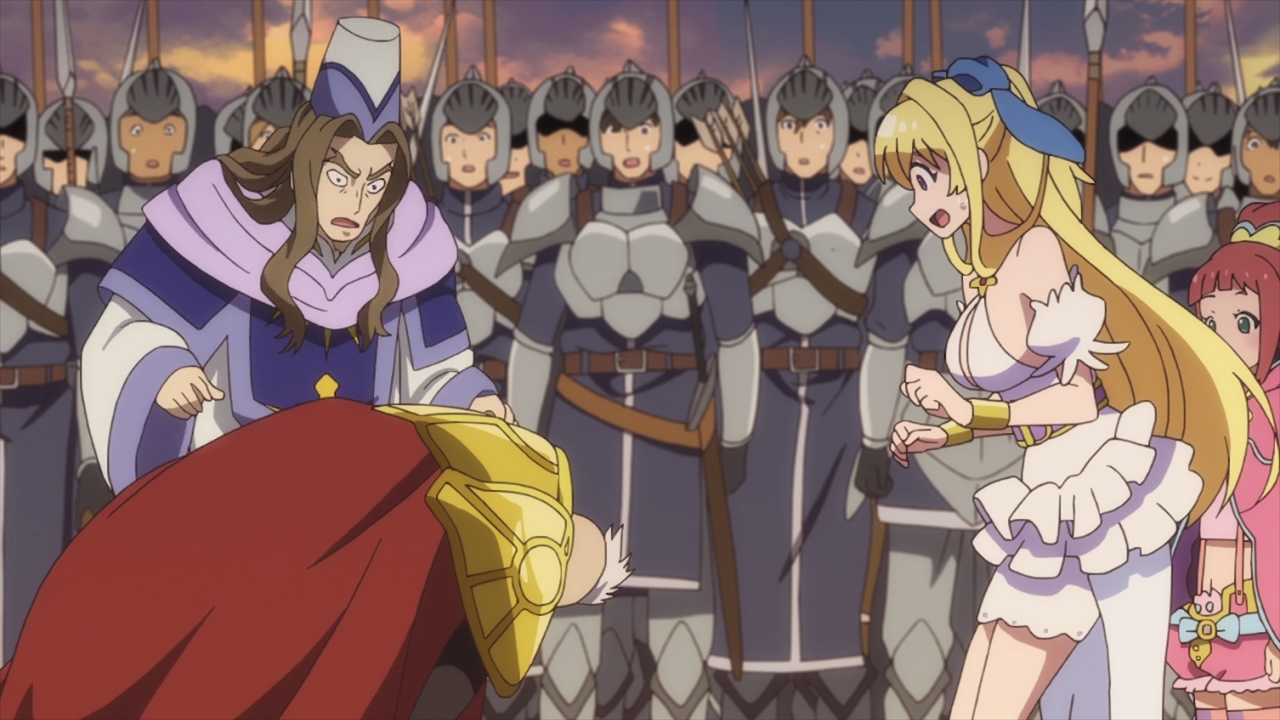 However, it appears that the Warmaster collapsed as he having some sort of illness. Could it be that he’s having a heart attack? 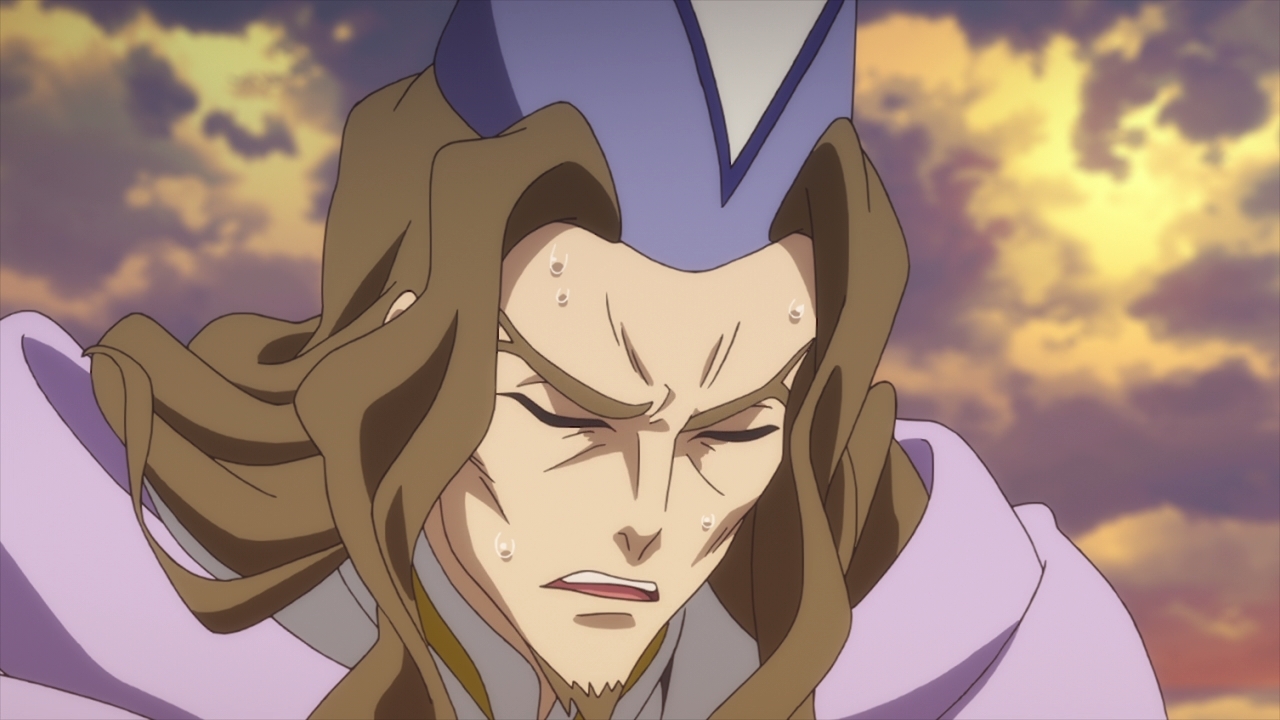 Well according to one of the aides, the Warmaster has a peculiar disease that’s hard to explain in simple words. Hence, the Warmaster can’t fight the Demon Lord. 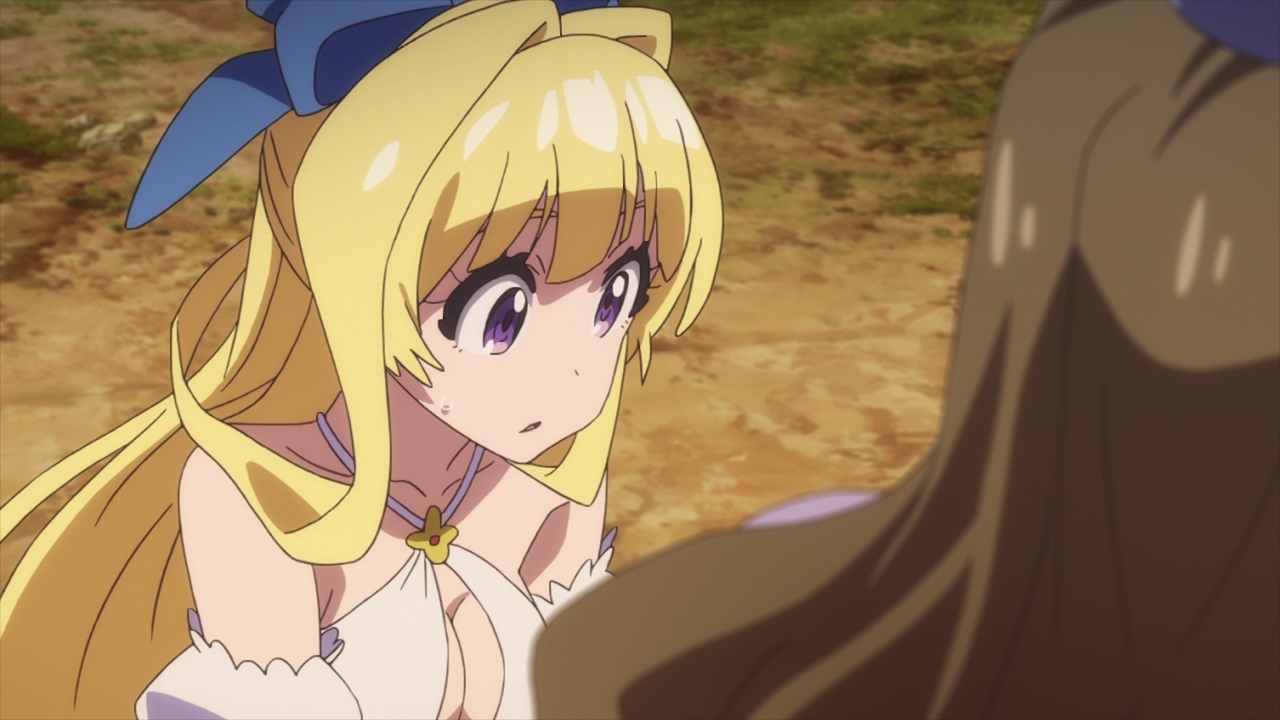 Speaking of Ristarte, it seems that she saw something unexpected after hearing the aide’s explanation regarding the Warmaster’s condition. 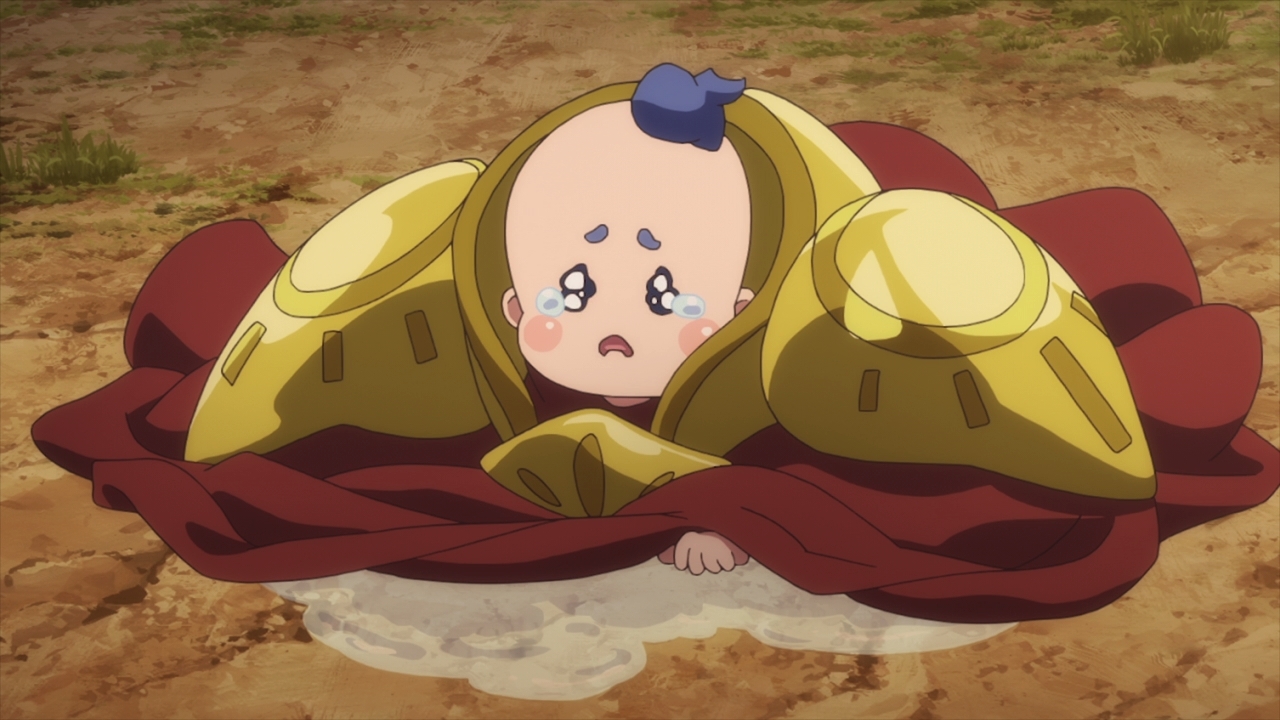 Turns out, the Warmaster turned into a baby. Not only that, but this cute Warmaster wet himself! Well, looks like he’s out of the running for defeating the Demon Lord. 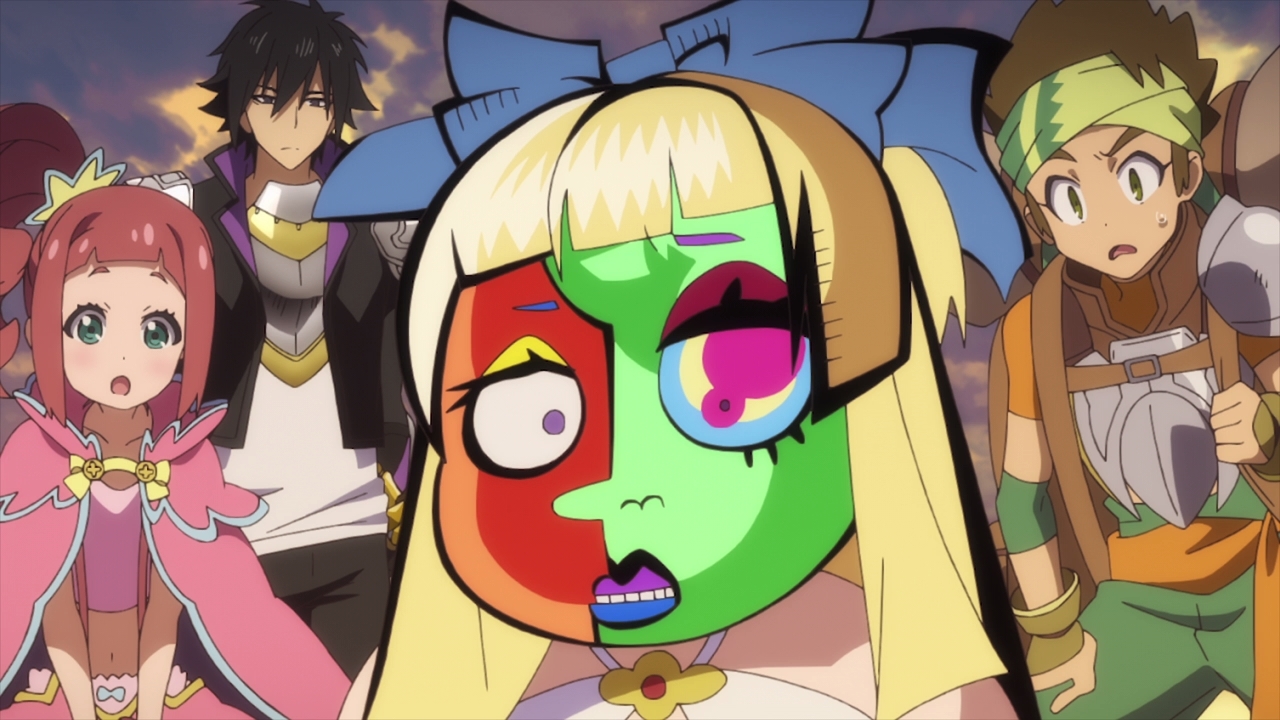 And everyone is stunned regarding the Warmaster’s condition, including Ristarte where her face transformed into something from one of Pablo Picasso’s paintings. Well, except for Seiya Ryuuguuin where he just stands there without making a reaction.

Well then, looks like I’m done on this episode as I’ll see you next time! Then again, it appears that this anime show is having some production problem as WHITE FOX is busy working with other projects recently.