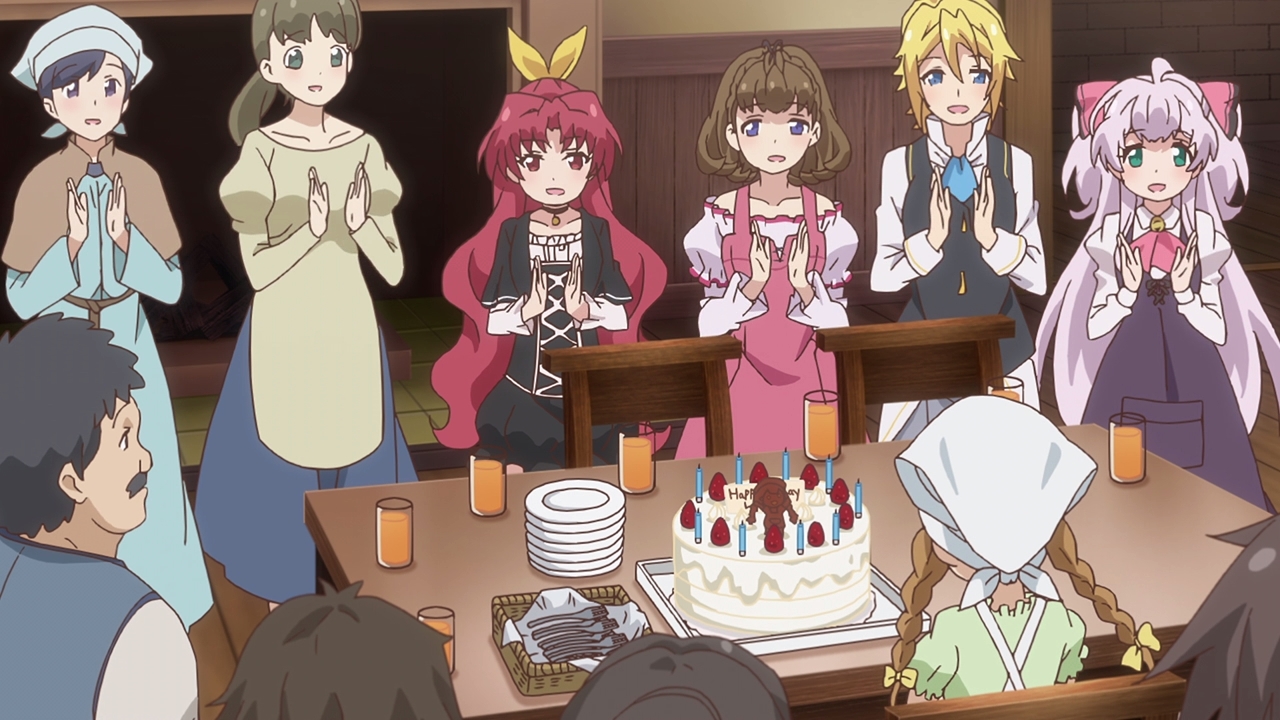 Well look what we have here, everyone is celebrating Lenny’s birthday on this episode. Gotta say that this poster girl is growing up, especially her *ahem* assets! 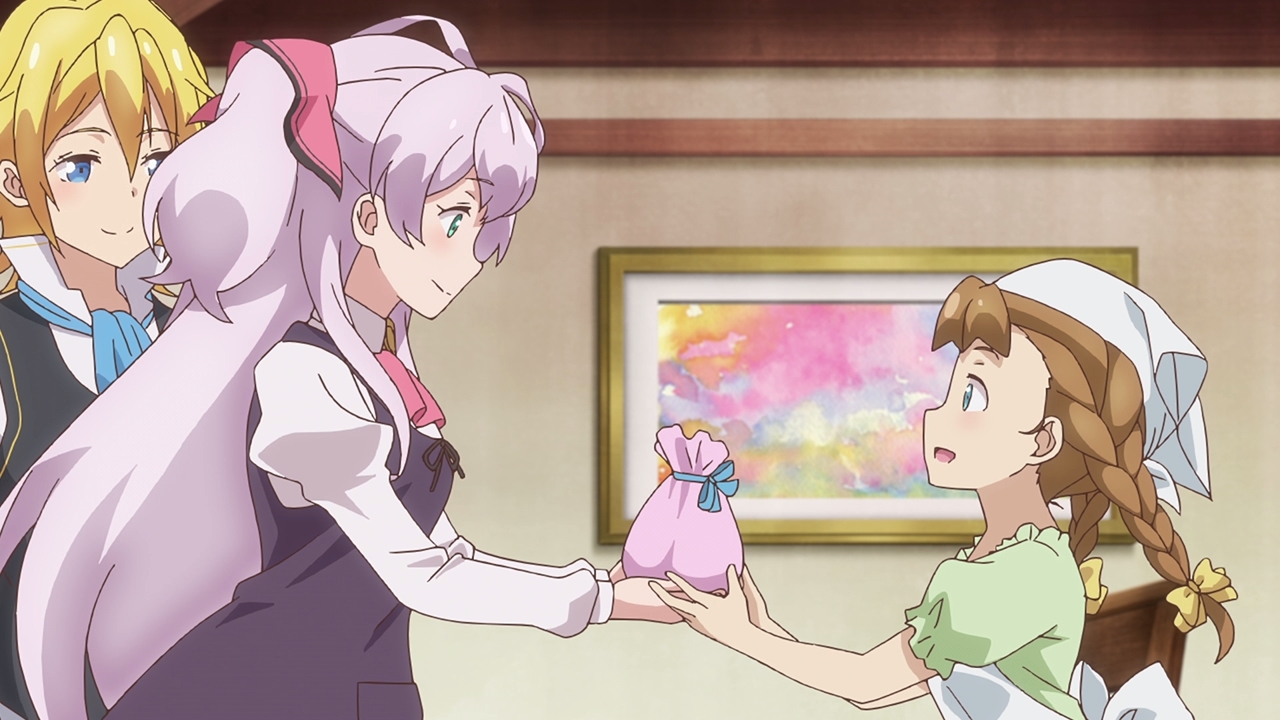 And since it’s a special time for Lenny, the Crimson Vow gave her a birthday gift. 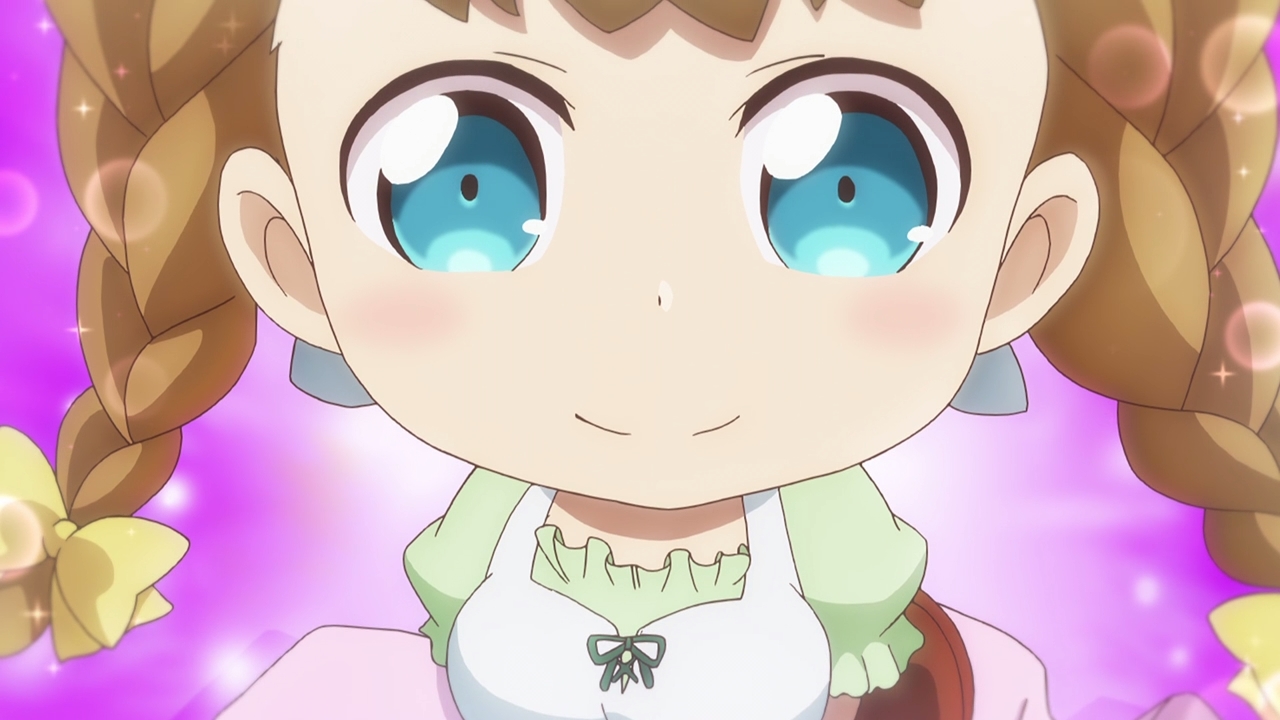 Turns out, it’s actually a Nendoroid figure of the poster girl herself, complete with a large bust which is the biggest feature of all. Hmm, does this figure of Lenny have soft breasts? 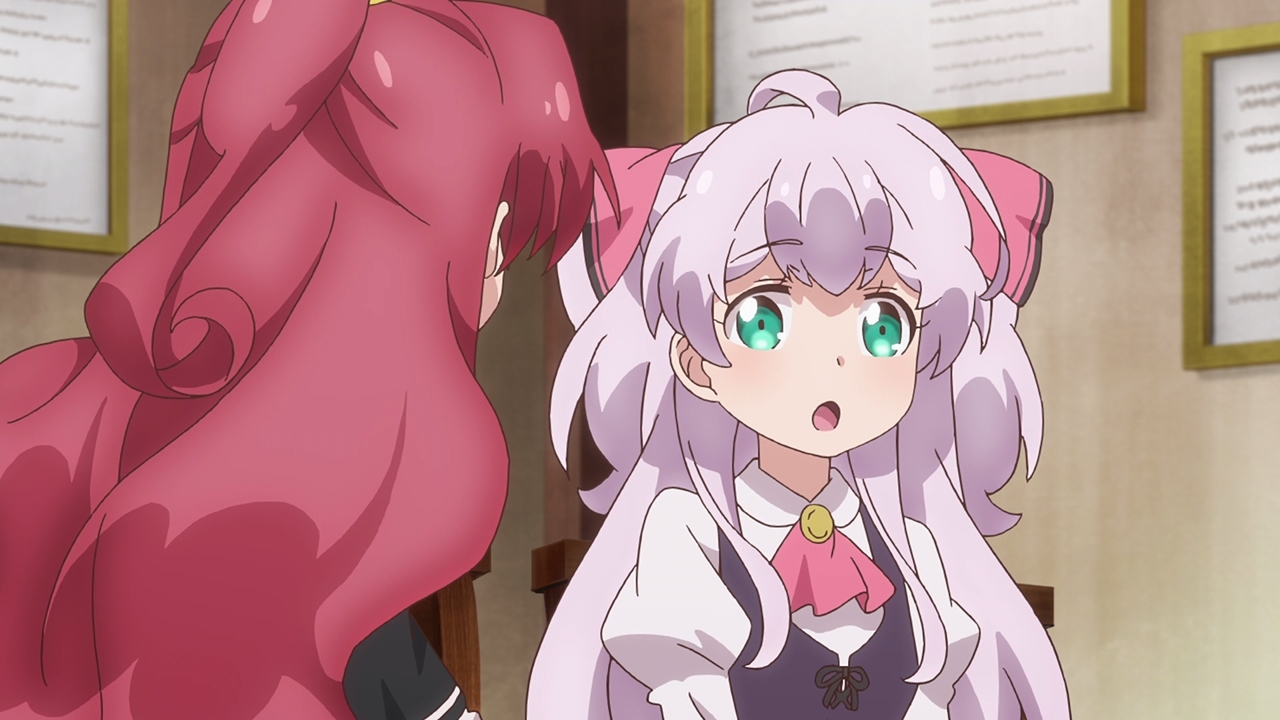 Speaking of birthdays, Mile fondly remembered that time she had one at Eckland Academy. Y’know, back when her name was Adele von Ascham. 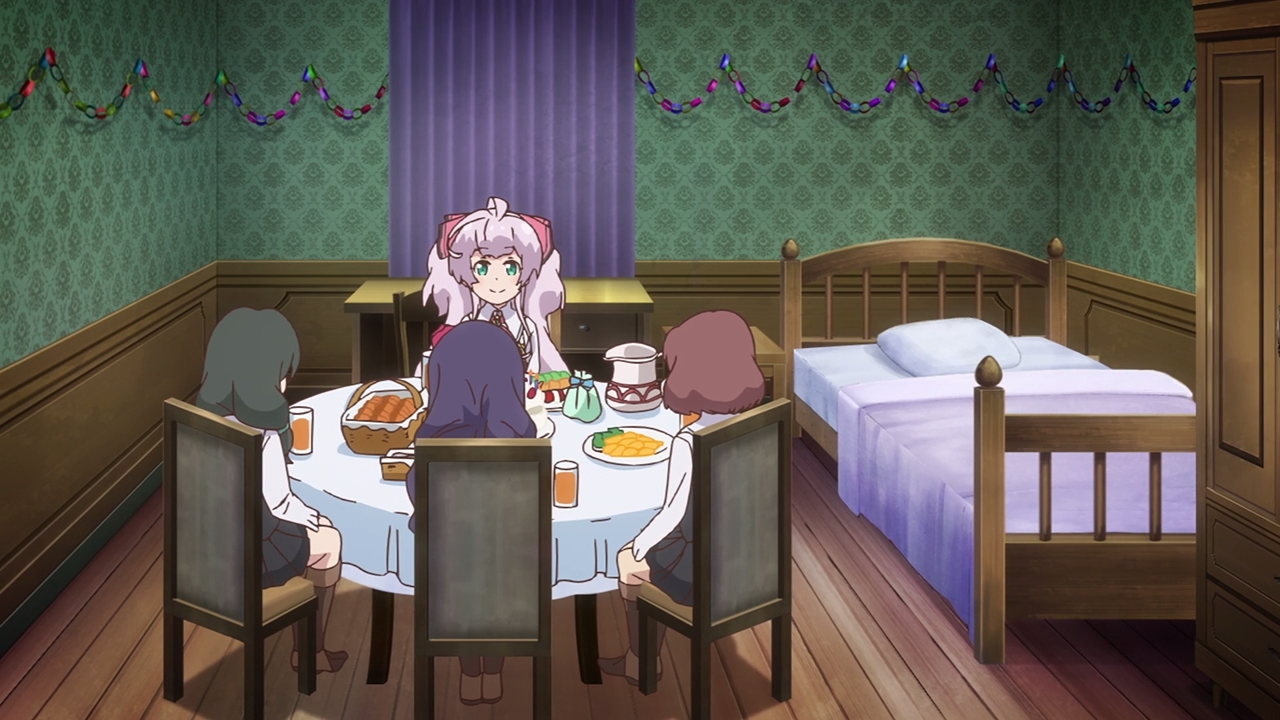 Anyways, Mile (or Adele) celebrated her birthday at Eckland Academy’s school dormitory with her 3 new friends.

And yes, they’re the only guests at her birthday since Adele’s parents disowned her. 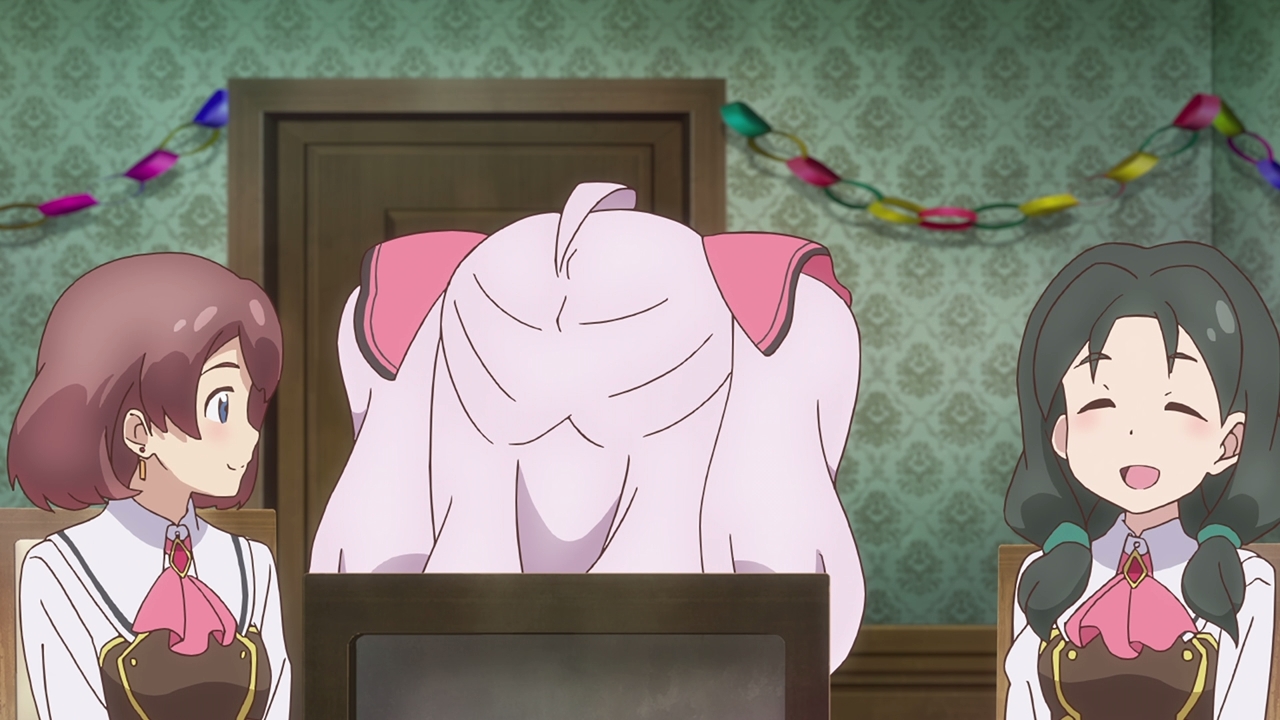 Well, I have to say that I’m happy to see the likes of Monika and Aureana being here for Adele when things are pretty rough for her. 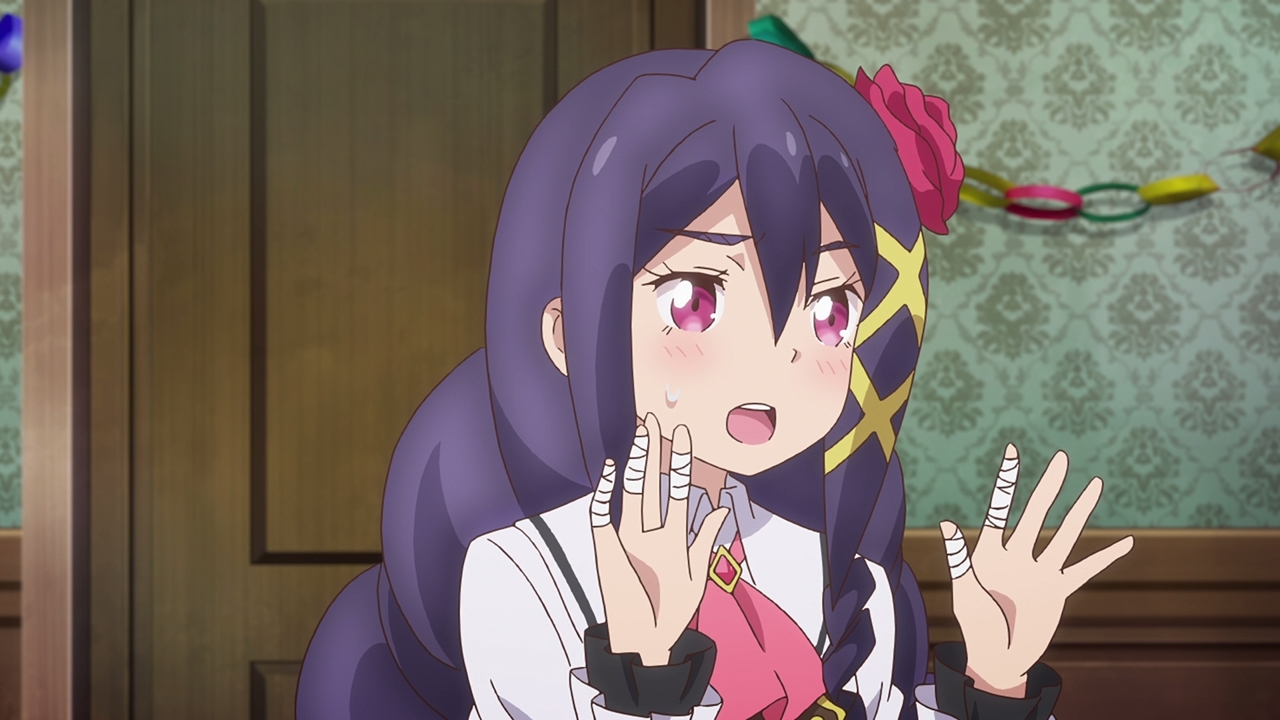 Oh and as for the food? Marcela took care of it as she has bandages to show her efforts of making an entire meal. Man, when will we see them again?

Now let’s go back to the present where Reina came up an idea to celebrate Mile’s birthday.

Of course, she doesn’t know when’s her birthday and there’s a possibility that it’s already occurred. So, Reina decided to celebrate 200 days since Crimson Vow was formed, which Mavis von Austien and Pauline agreed to help her. 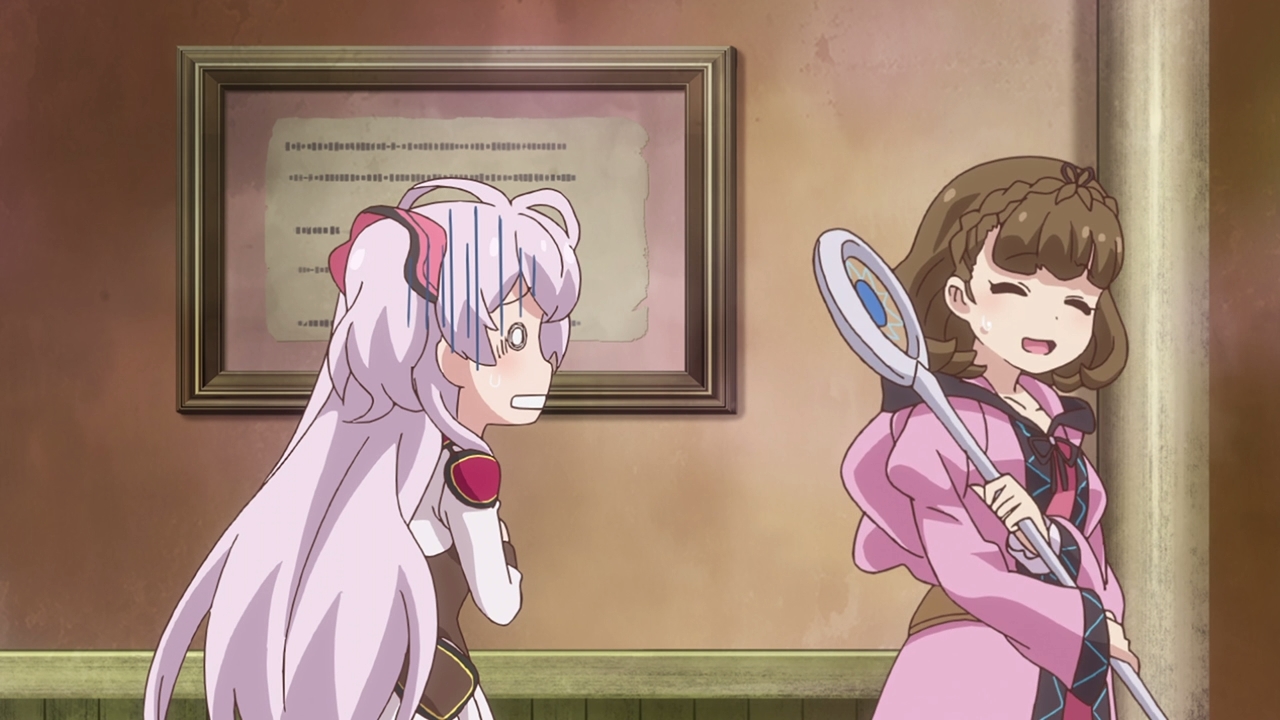 However, they need to keep it a secret to Mile. Otherwise, it won’t be a surprise party anymore!

Sorry Mile, but Pauline and the rest are busy with other things. No hard feelings though… 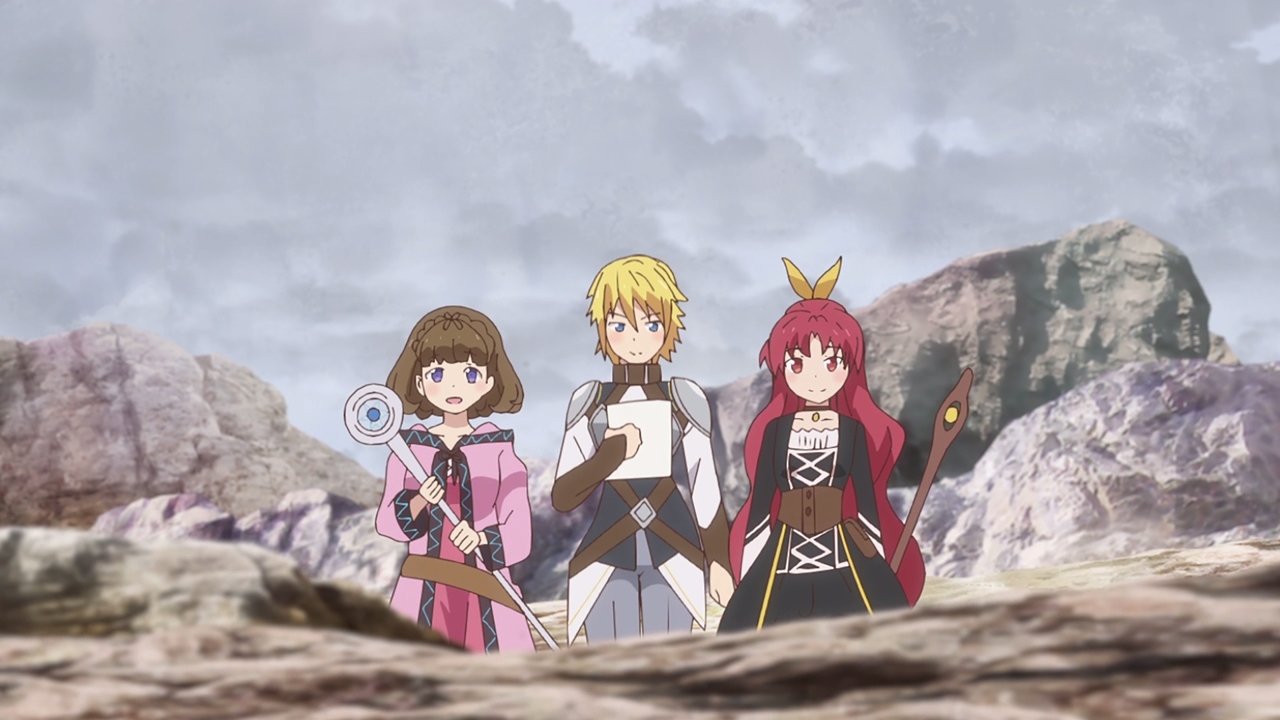 Anyways, it’s time for these three hunters to earn money in order to buy an expensive gift to Mile… 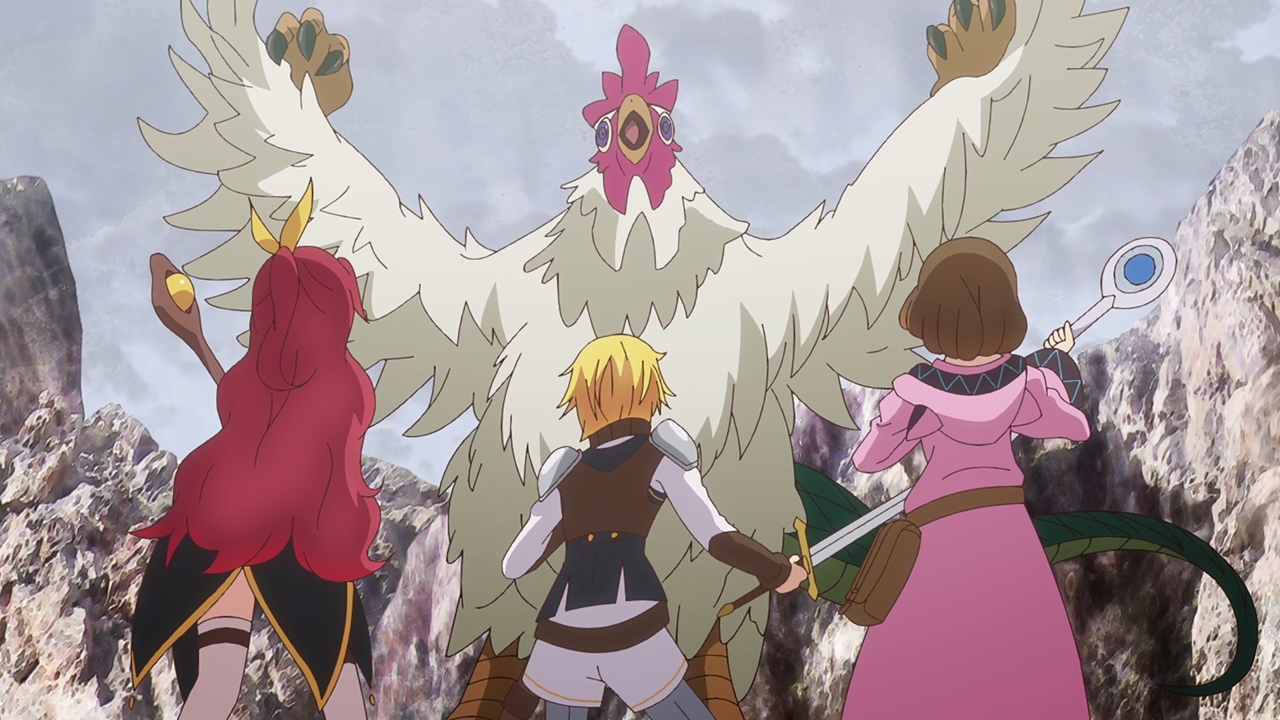 …starting with this cockatrice as they’re gonna hunt this monster down. Let’s hope that Reina and the rest can survive this quest! 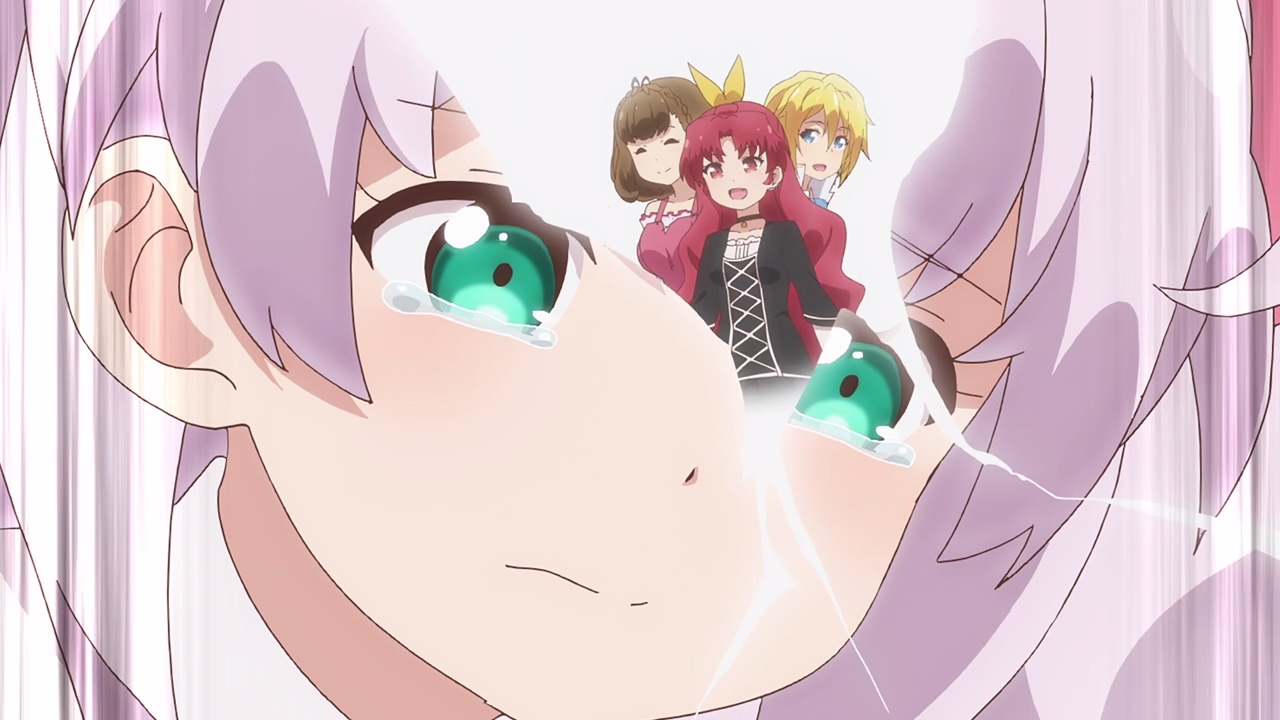 On the other hand, it appears that Mile sensed some danger as she’s worried that her friends might get killed. 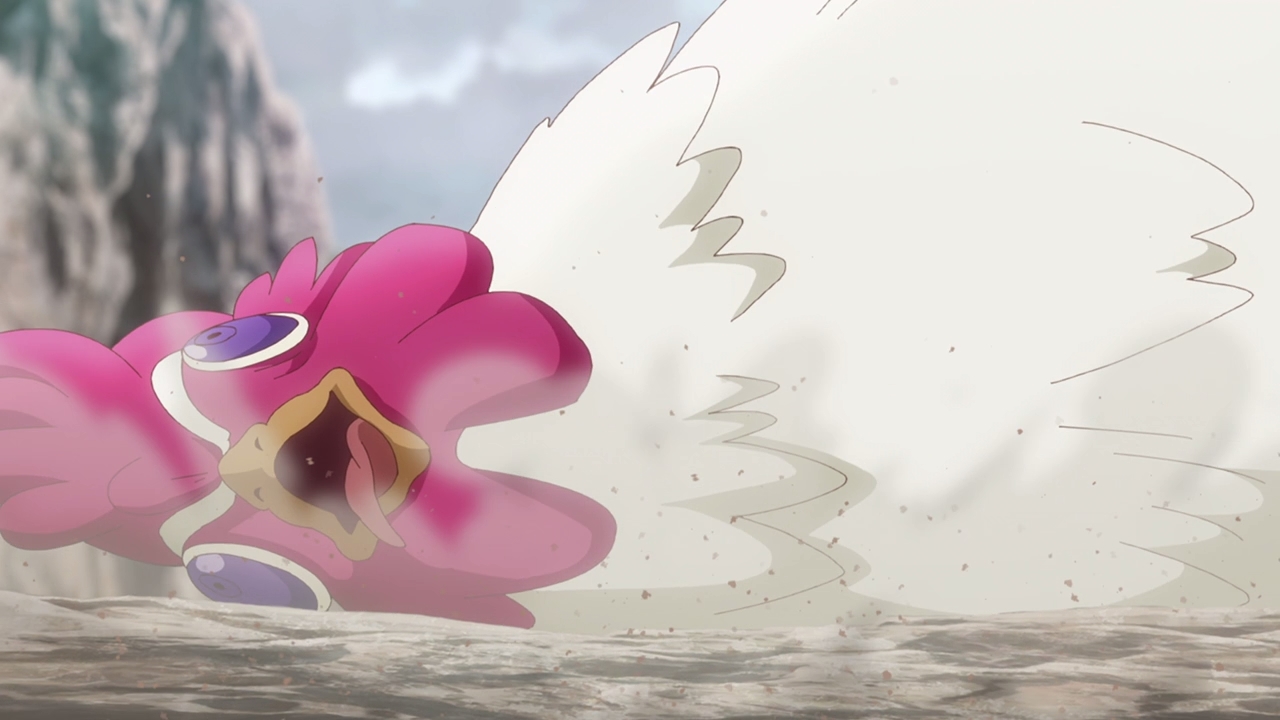 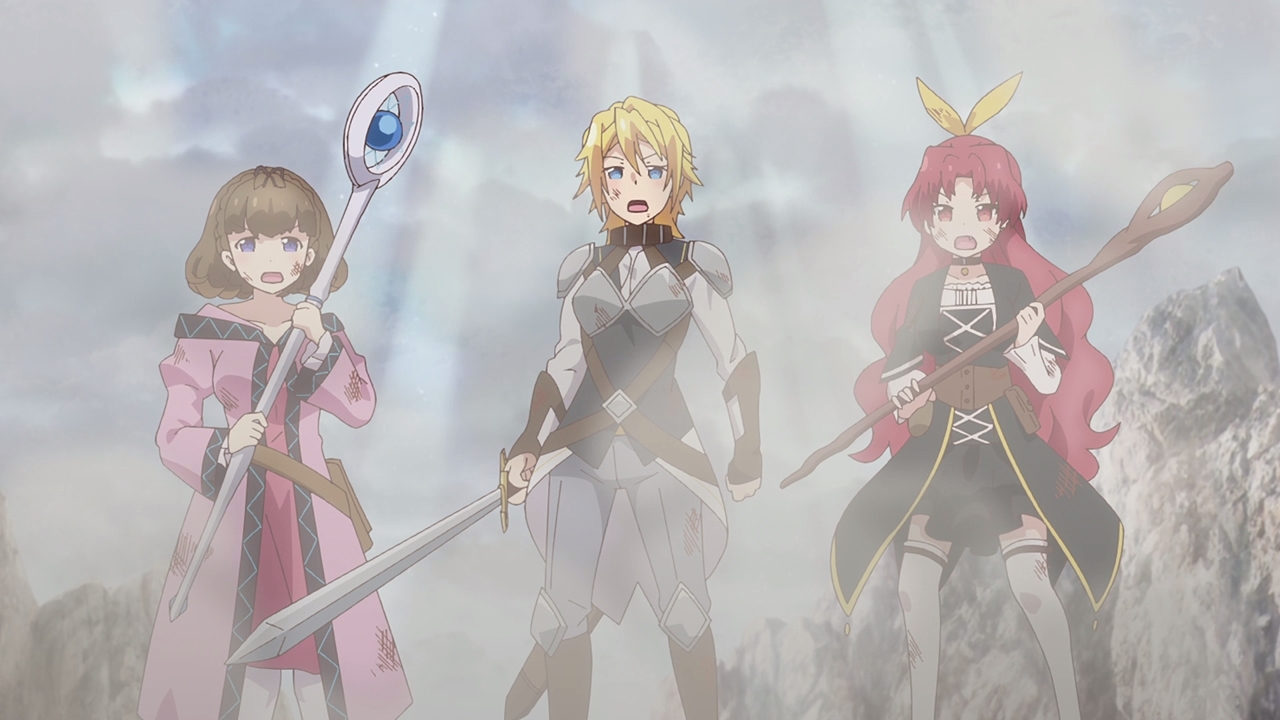 But, it looks like Reina, Mavis, and Pauline managed to kill this cockatrice by themselves. Good job girls! 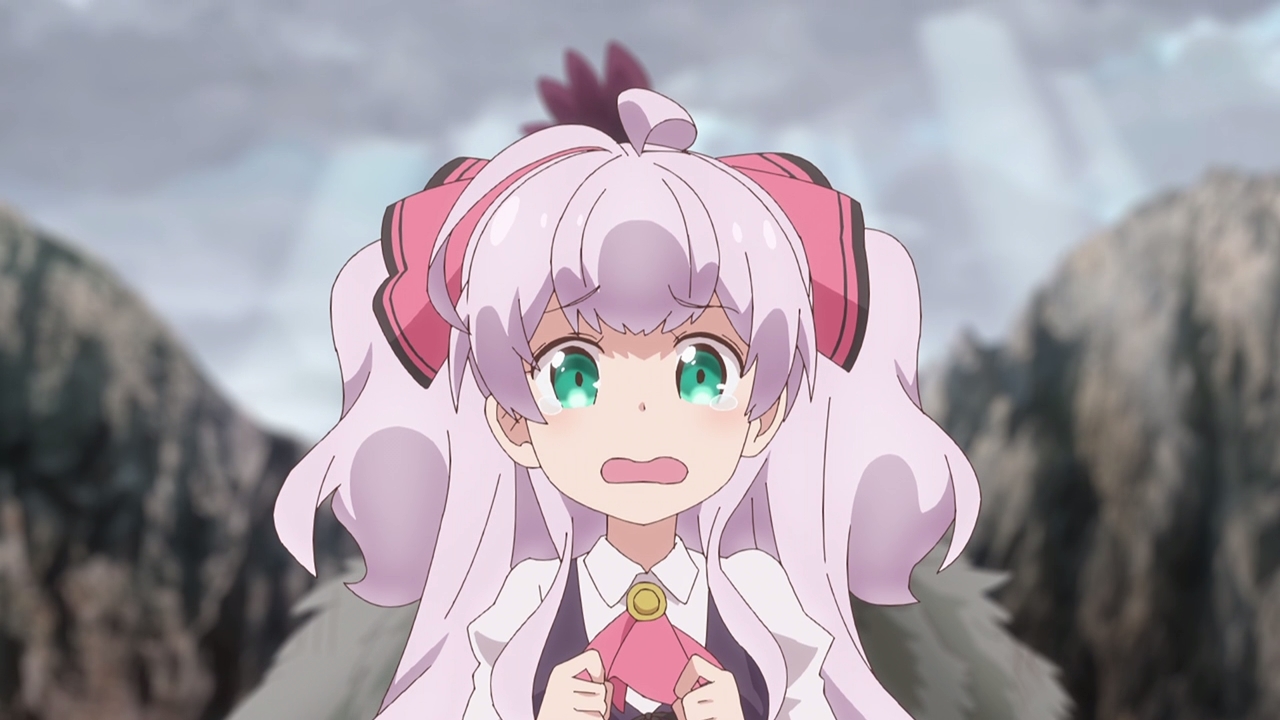 Of course, here’s Mile where she’s freaking worried that they’ve died or abandon her at worst.

Also, isn’t that a cockatrice behind Mile? It’s still alive!? 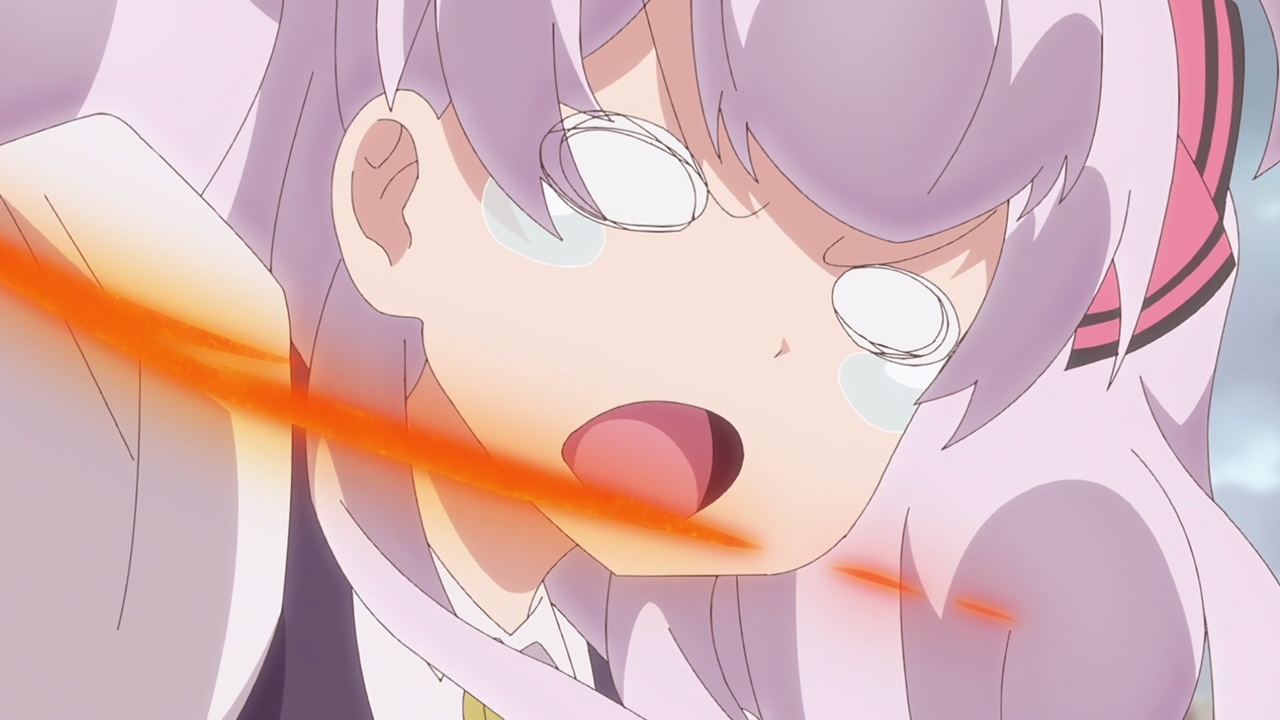 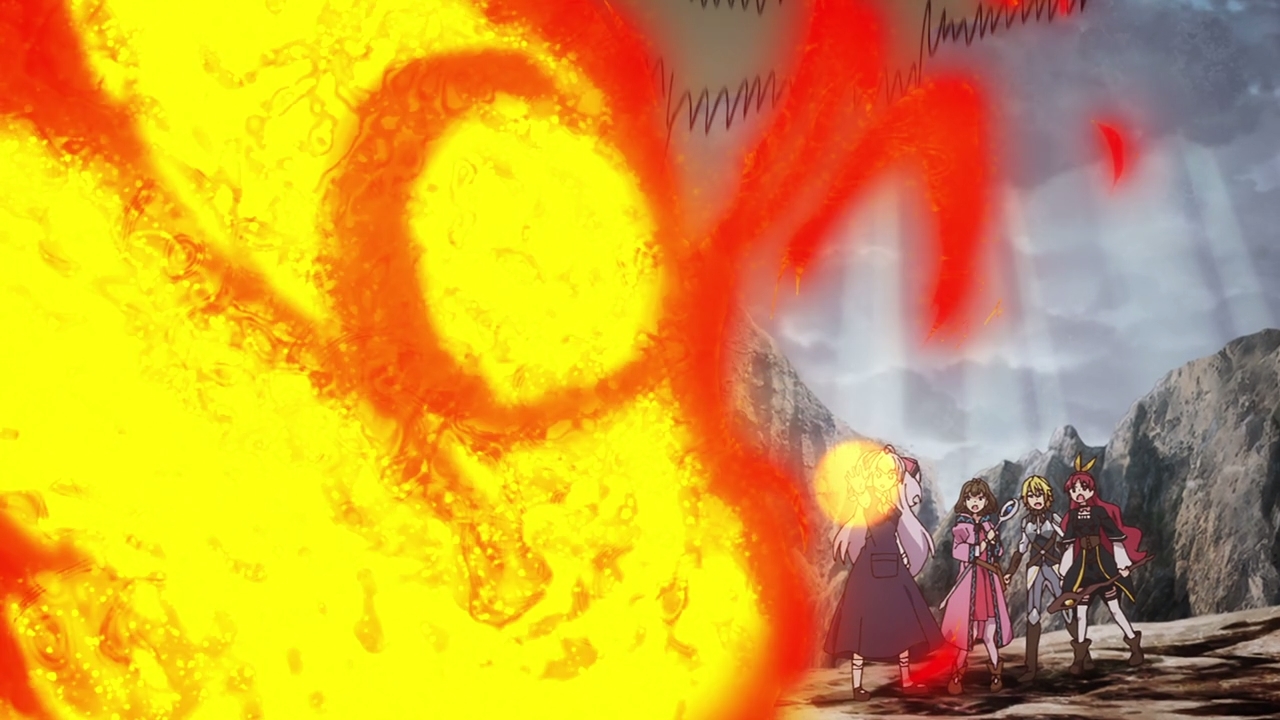 Fortunately, Mile roasted that cockatrice in an instant with her fire magic. Of course, this means that Reina and the rest have failed their mission because someone killed the monster. 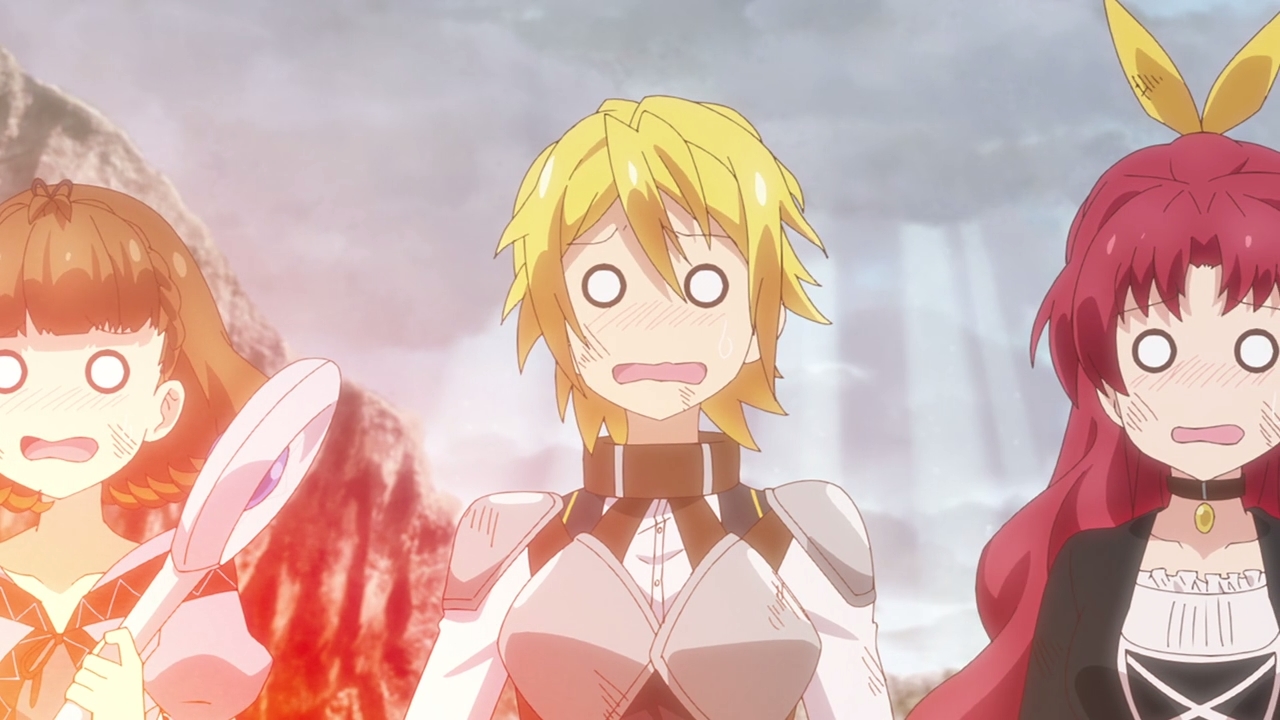 But you know what, I think it’s time for them to explain what’s going on or Mile might get the impression that she’s being abandoned or something. Better to tell her than letting the situation get worst! 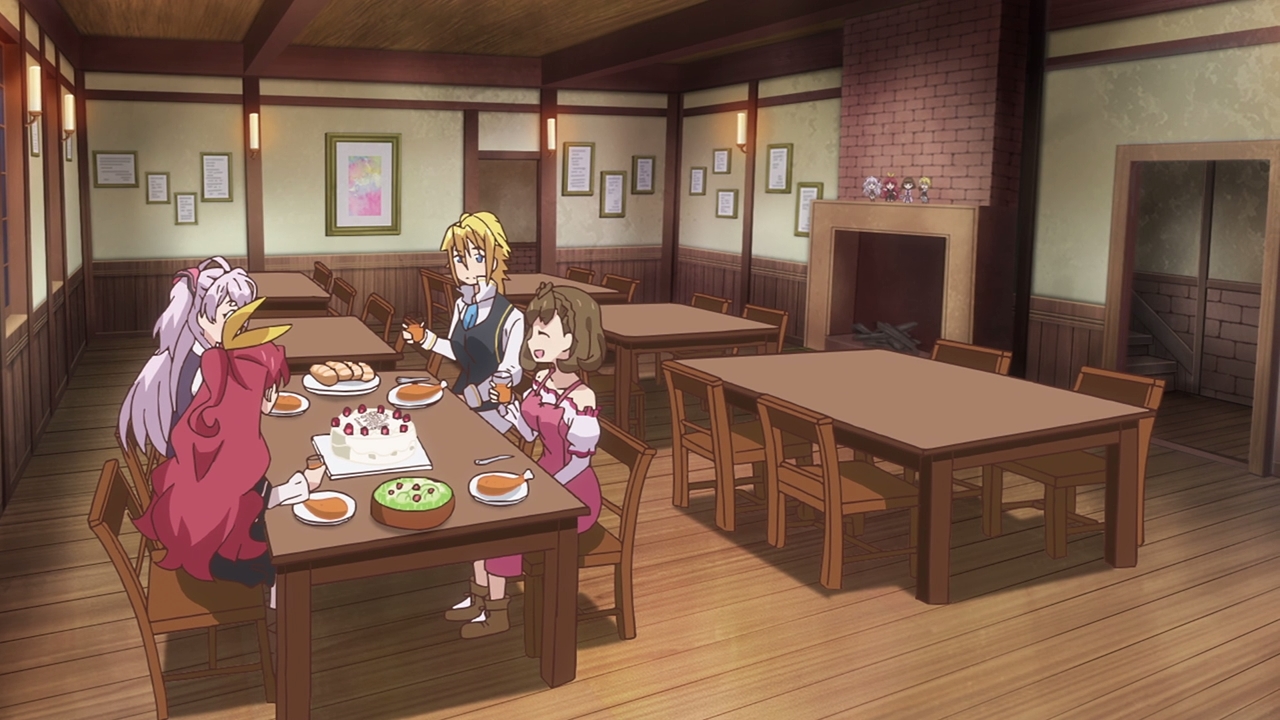 And so, it’s time for their 200-day anniversary of the Crimson Vow’s foundation with a nice feast! Oh and as for their gift to Mile, it’s a secret but I think they gave something amazing without spending too much. 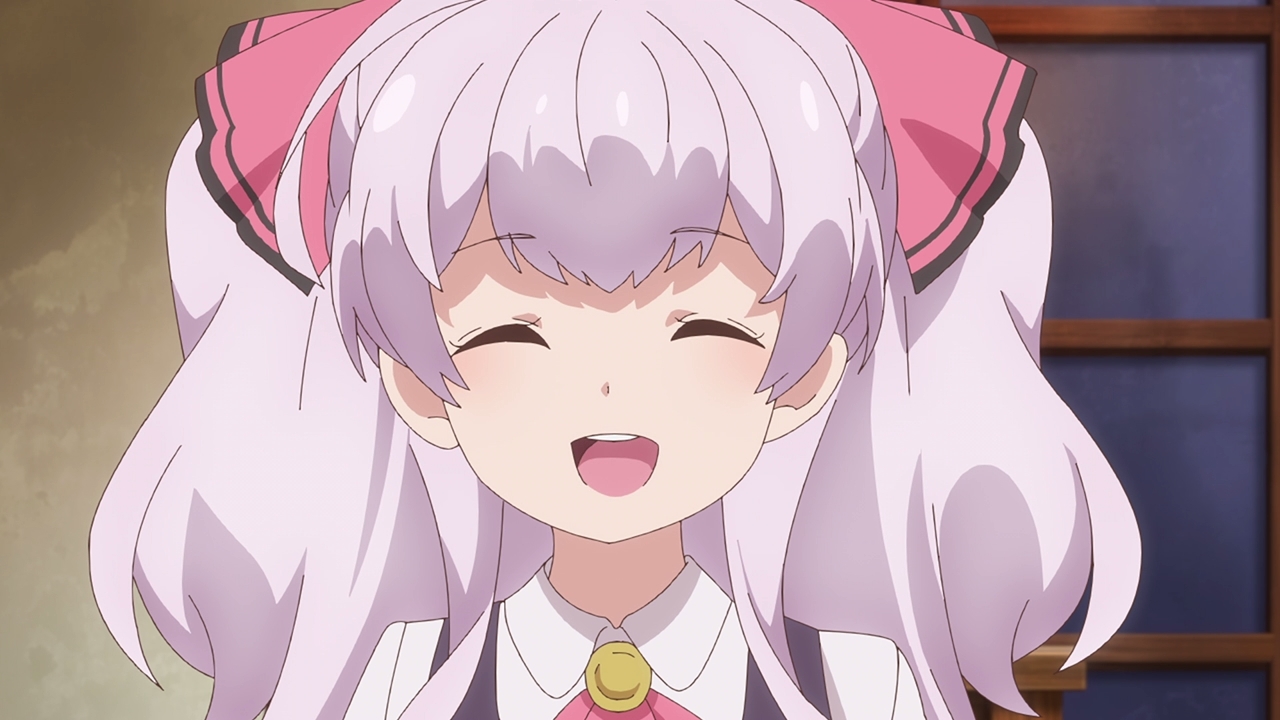 As for Mile, it seems that she felt a sigh of relief that her friends didn’t abandon her over petty things, such as stealing cookies under Pauline’s closet or even read Mavis’ diary.

Wait a minute Mile, I don’t think you should tell that out loud to your companions! 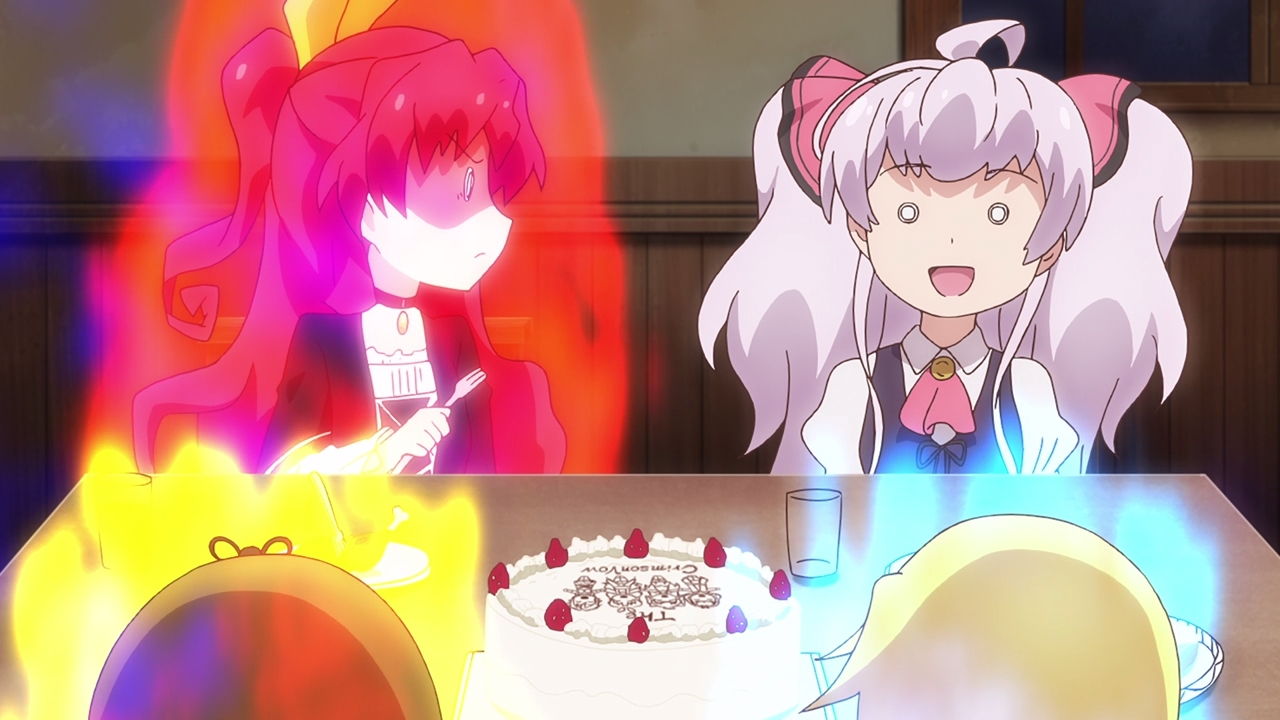 And as you can see, Reina and the rest are really angry thanks to Mile inexplicably told everything that she did under their noses. Well, there goes their party!

Anyways, we’re reaching the finale and I was wondering when will the anime deal with Mile’s (or Adele’s) story, especially when she’s on the run from her treacherous family?