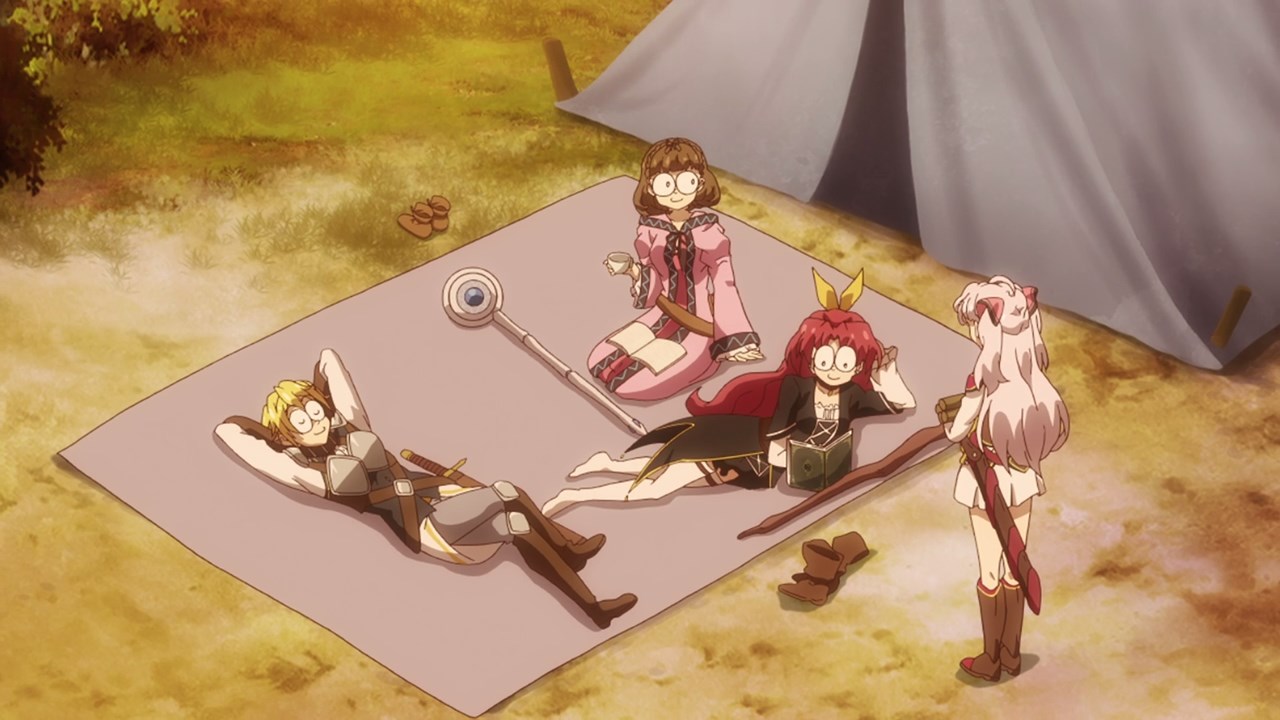 Well, I gotta say that for some reason, it appears that Mile’s teammates are getting lazy that they always rely on her when it comes to sticky situations, much like how Nobita relies on Doraemon all the time. 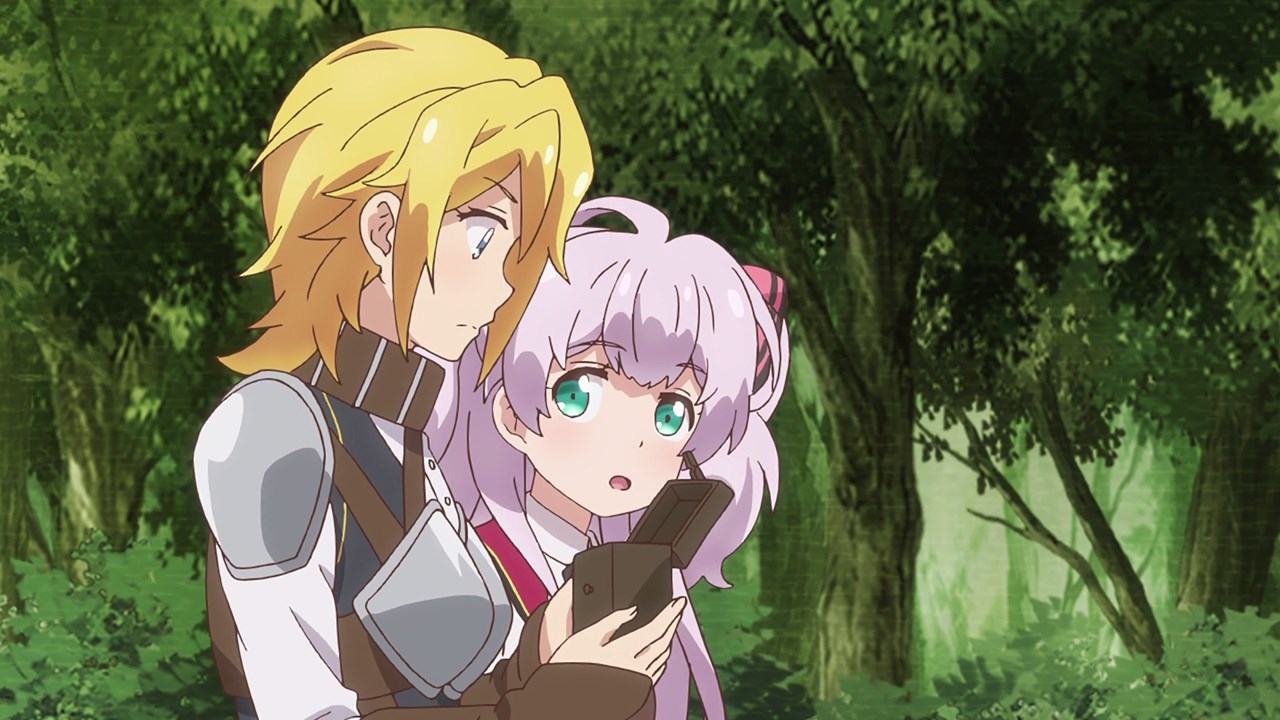 But anyways, the Crimson Vow tackled a new quest where they’re gonna rescue a team of researchers where they gone missing over the past few days.

Of course, Mile and the rest might deal with powerful monsters that she’s giving them potions that buff their stats. I mean, it’s better than having none of it because they might die if they’re overwhelmed. 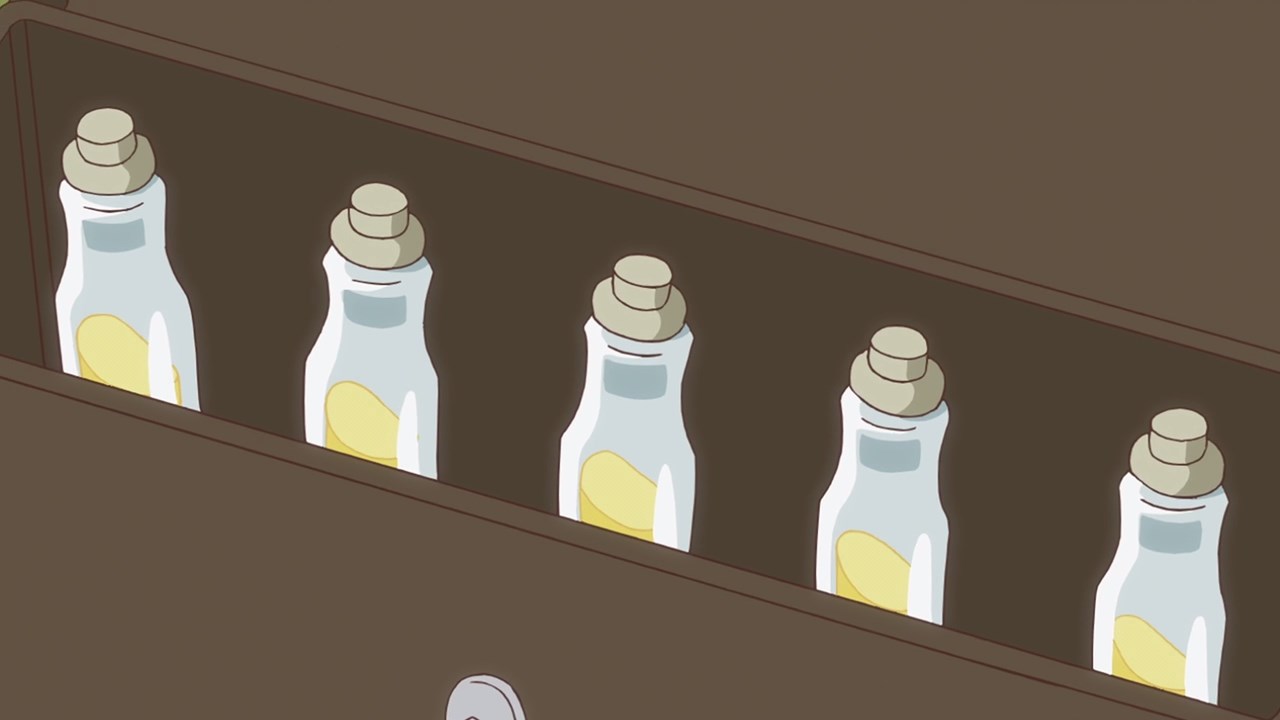 By the way, this potion contains nanomachines which would give the likes of Mavis von Austien some power boost.

But if they drink it too much, their body might not handle the sheer amount of nanomachines in their system. 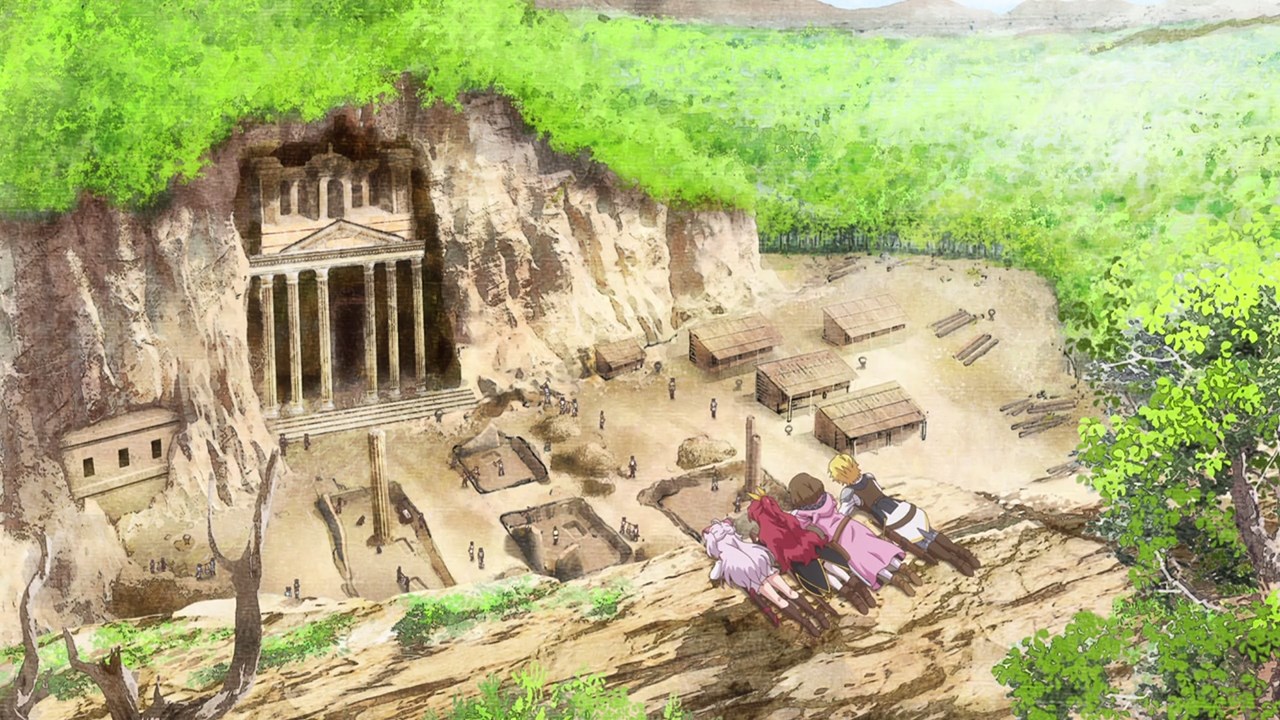 Now then, they have arrived at the ruins where the researchers were last seen there. Of course, the Crimson Vow must be careful when rescuing researchers as they’ll deal with strong enemies. 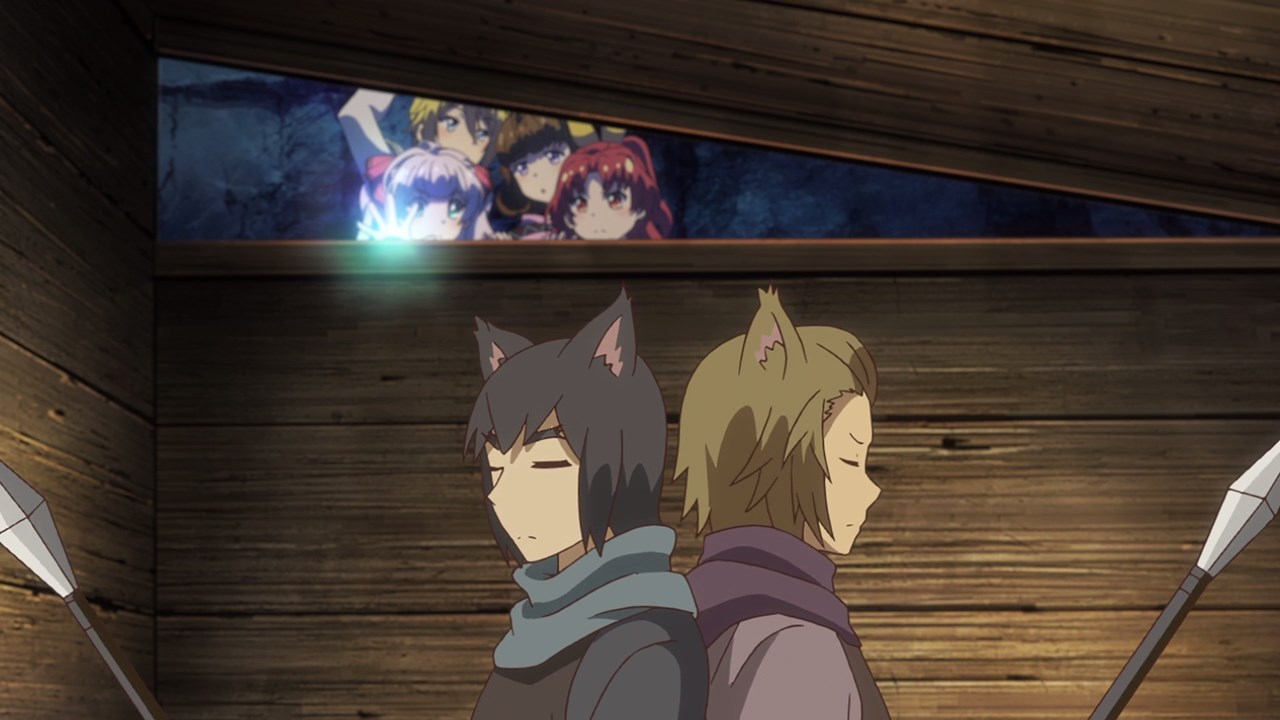 Well actually, there’s nothing to worry about because Mile and the rest are dealing with beastmen, which they took them out easily as Mile put them to sleep. 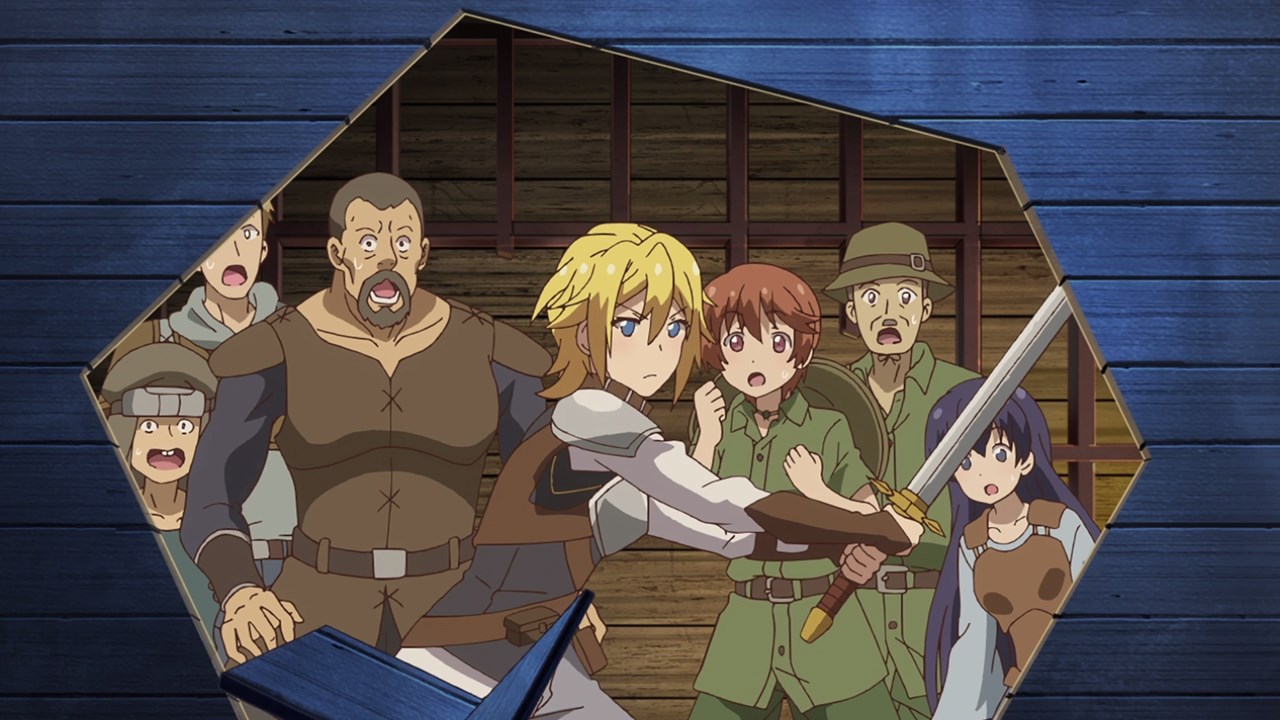 Anyways, looks like they finally rescued the researchers, but they told the Crimson Vow that their leader is inside the ruins. Well then, let’s rescue their leader shall we? 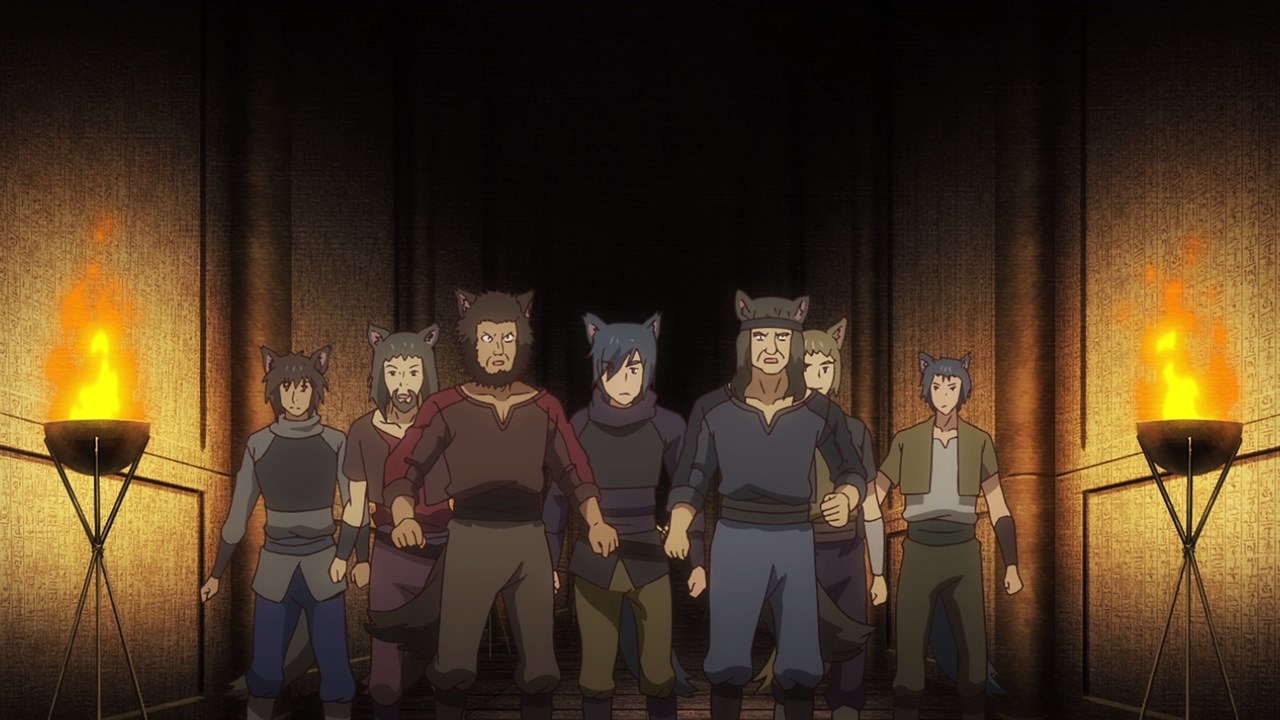 Of course, Mile and her friends must deal with more beastmen as they won’t let the go further to the ruins. 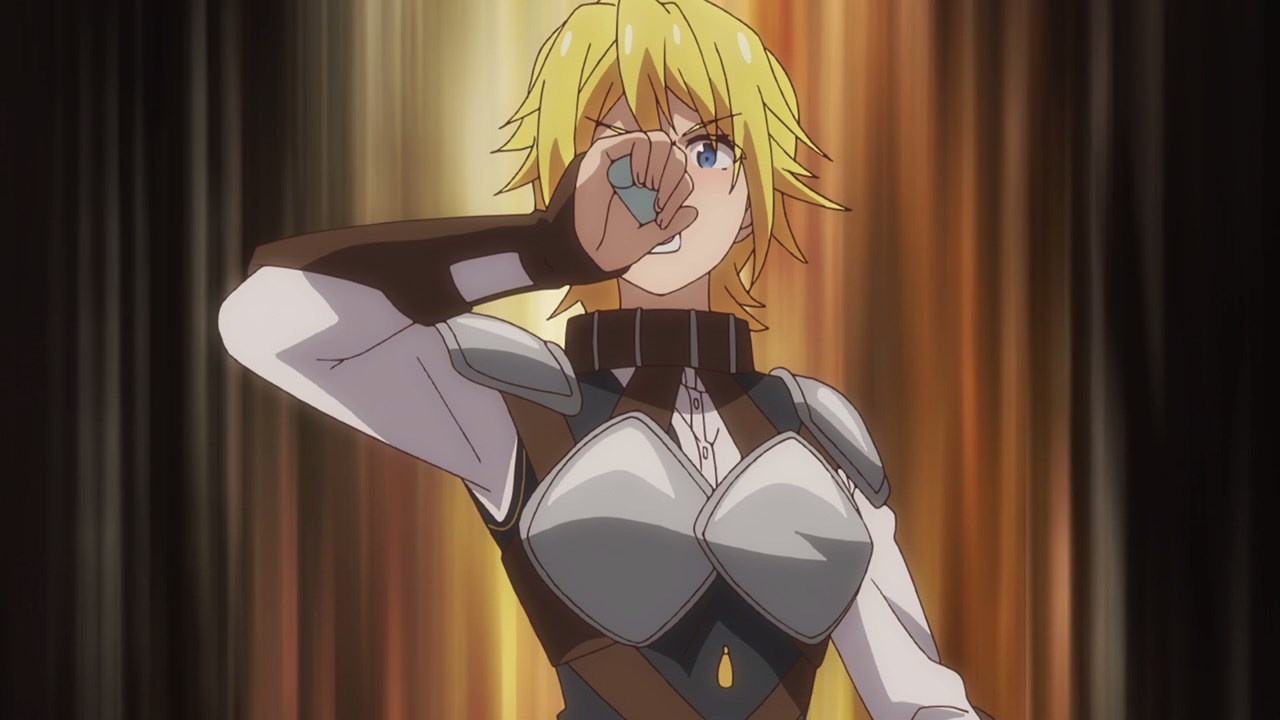 But you know what, I think we should leave that to Mavis as she used the potion to buff up her stats. 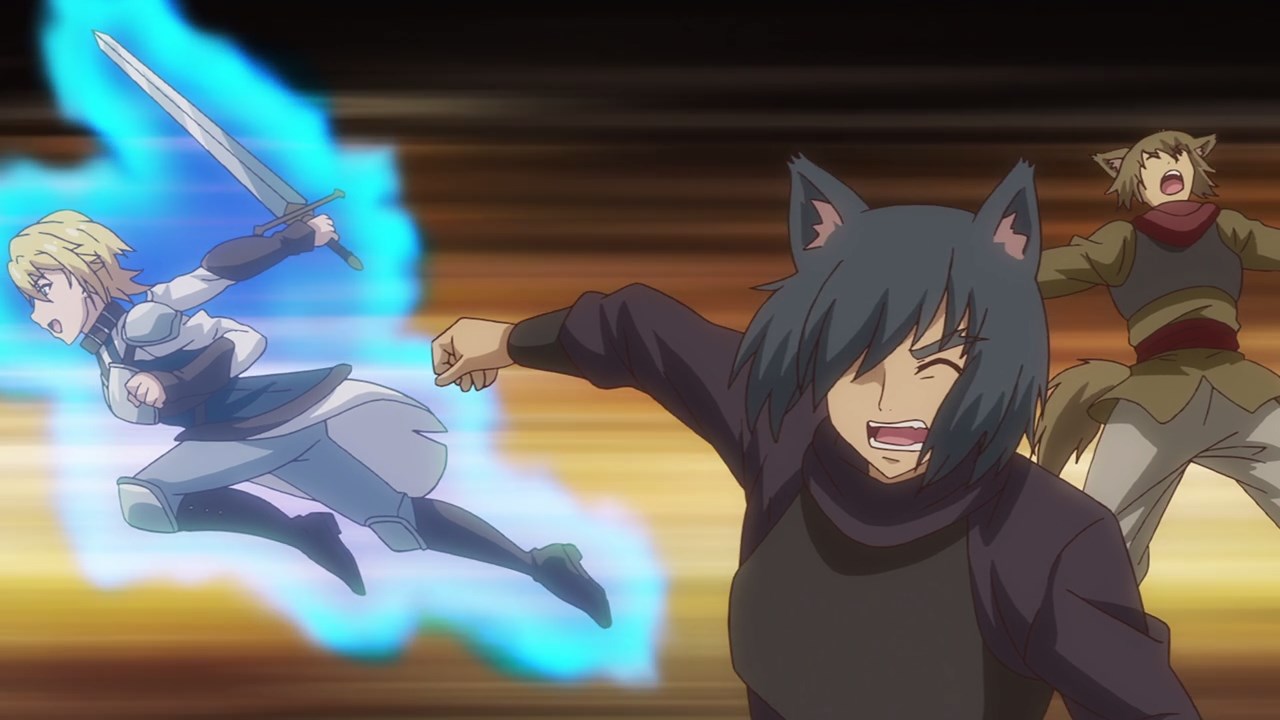 And as you can see, Mavis hacks her way towards those beastmen without getting hurt. Of course, she can’t take another dose or her body would feel lots of pain afterwards. 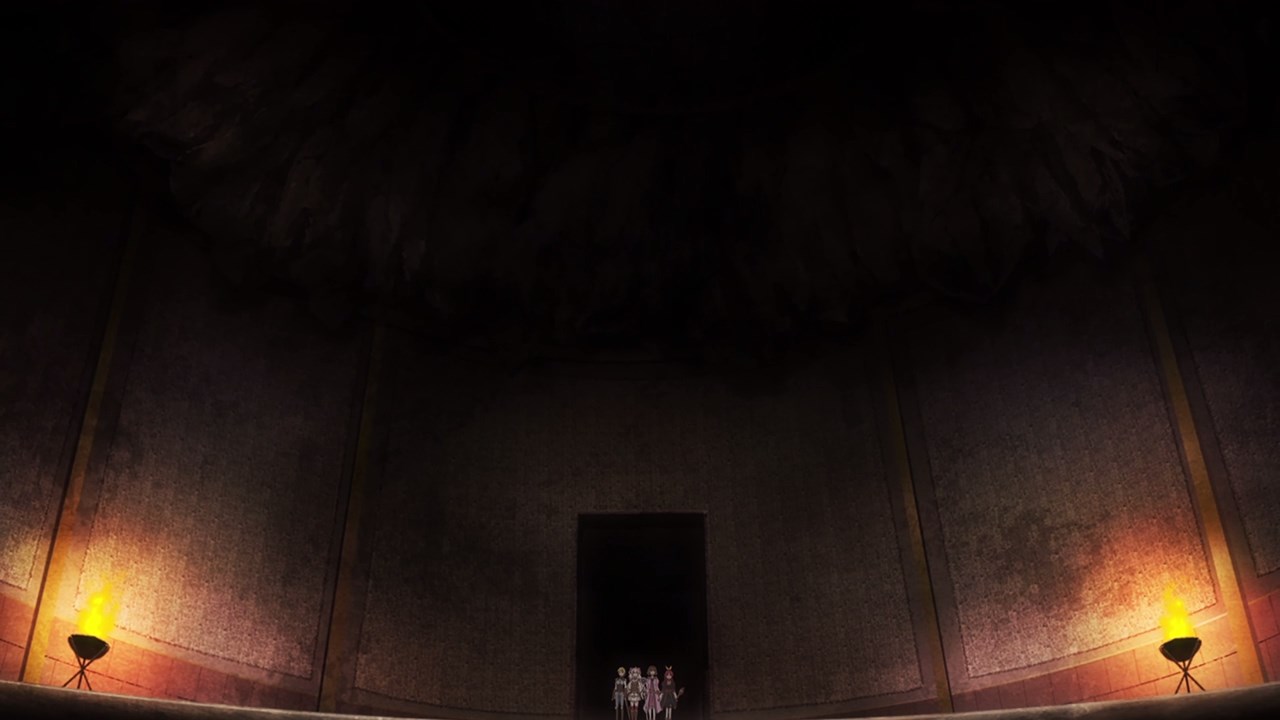 After dealing with those beastmen in a jiffy, the Crimson Vow went deeper into the ruins where the found hieroglyphs that resembled modern technology.

Hmm, something tells me that this ruins is related to Mile and those creators that revived her through nanomachines. Heck, I have a feeling that this world is created by ancient aliens, although most of the technology was lost and not a lot of people (except for Mile) know about airplanes or skyscrapers. 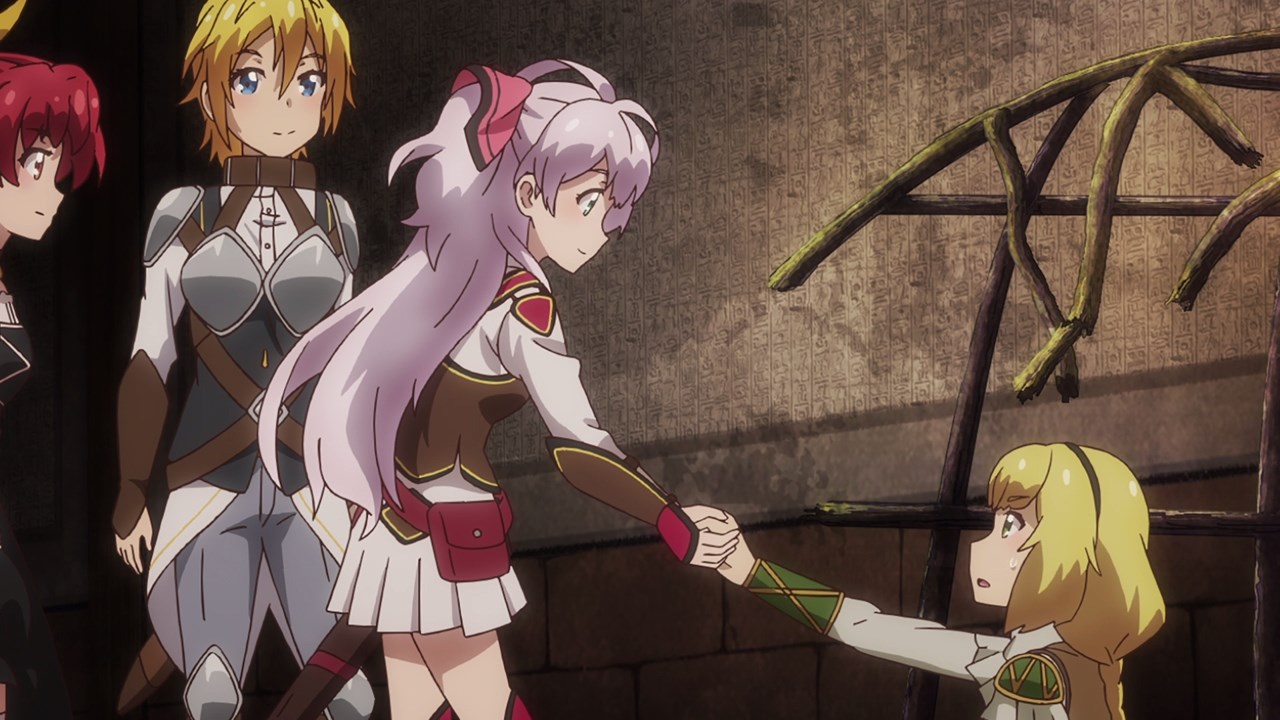 Anyways, they finally rescued the researching team leader who is actually an elf by the way, but she told the Crimson Vow to be on their guard because there’s a powerful monster guarding the ruins. 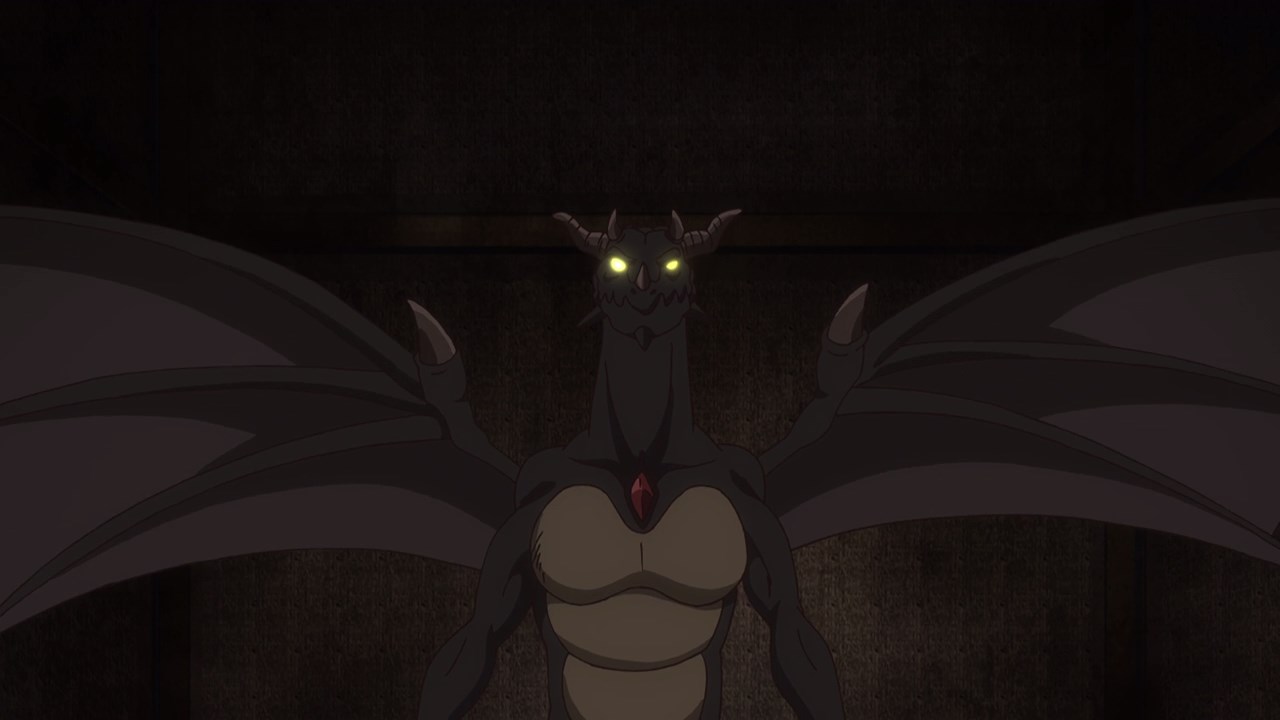 Said monster turned out to be an elder dragon, which said to be the most powerful being in existence.

Oh yeah, and if you remember that Mile or Adele von Ascham got her powers from an elder dragon, you’d bet that she’ll be evenly-matched towards this monster. Then again, let’s not forget that she wants to have average abilities. 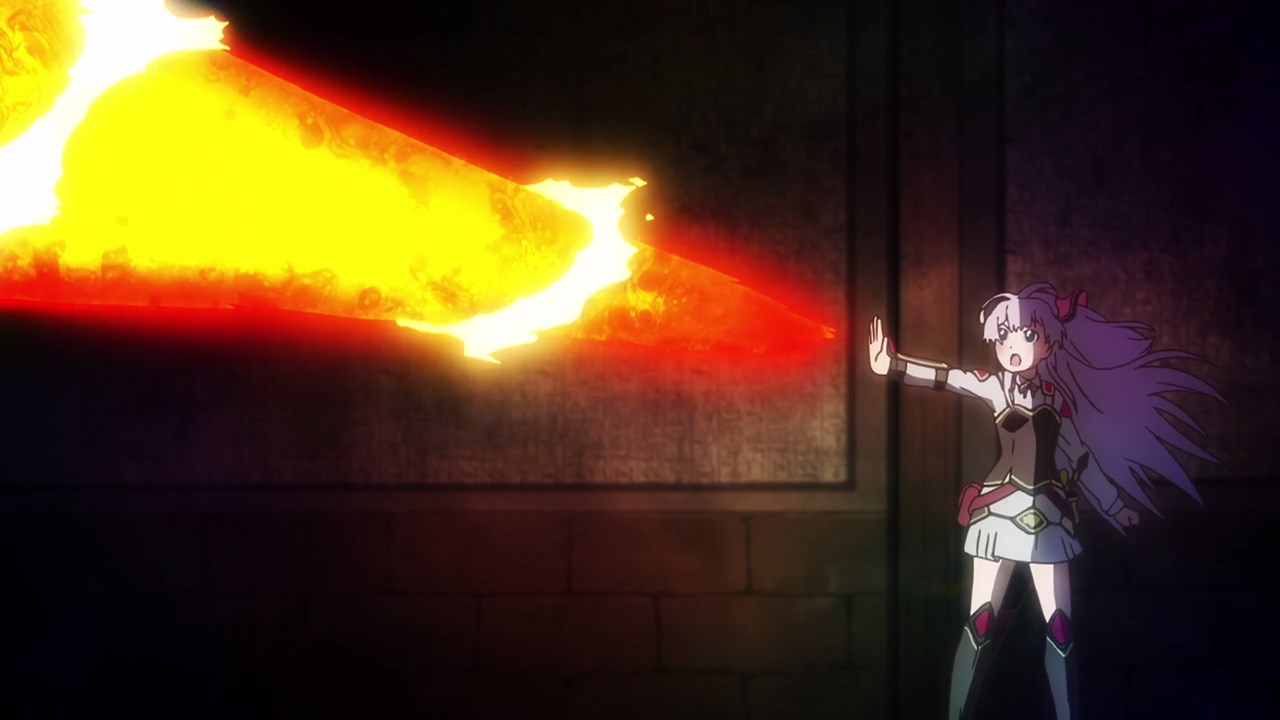 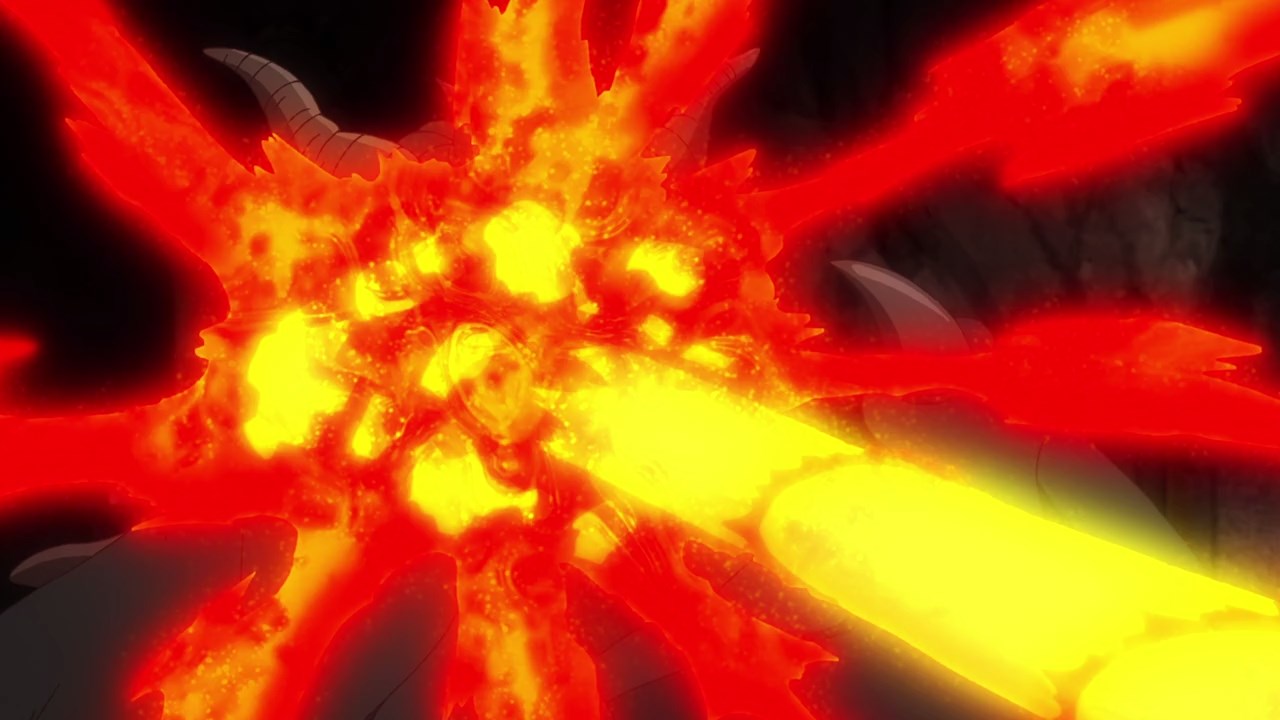 Anyways, looks like Mile will have to take care of this elder dragon by casting a powerful spell… except that her explosion magic doesn’t work against it. 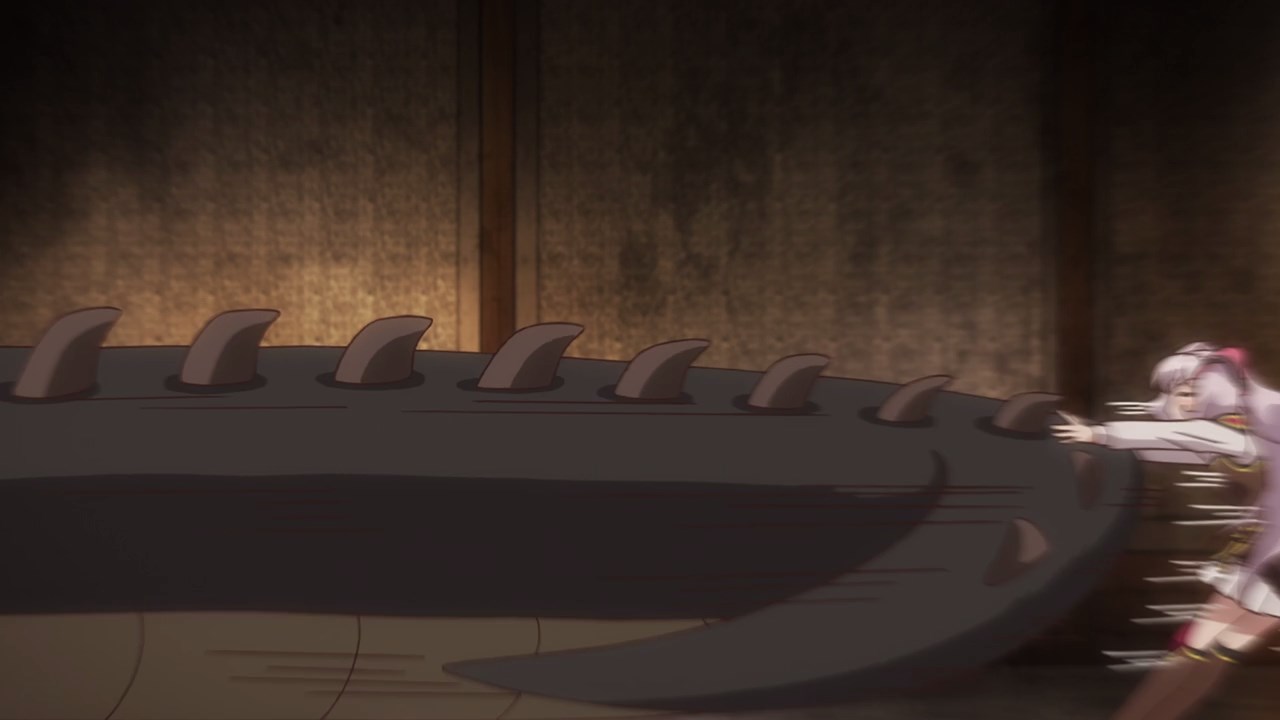 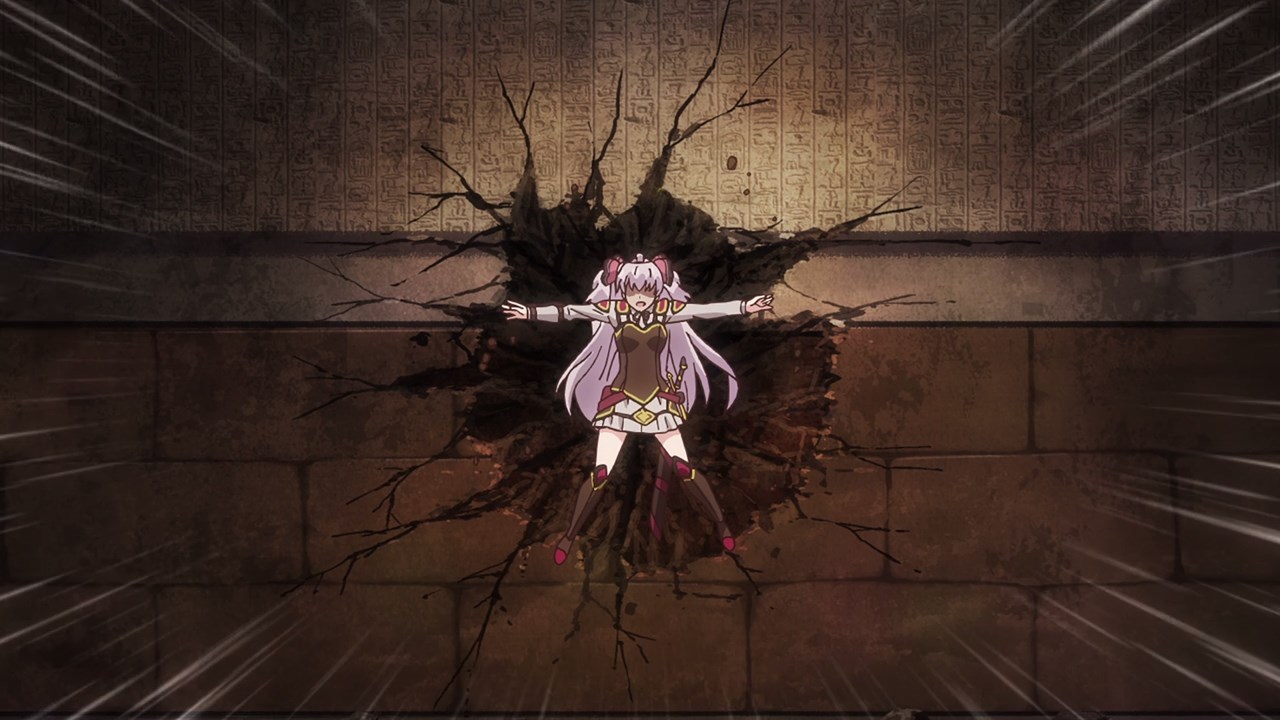 Even worse is that the elder dragon whipped Mile so hard that she was sent flying towards the wall. I’m hoping that she’ll be okay since her body can heal through nanomachines. 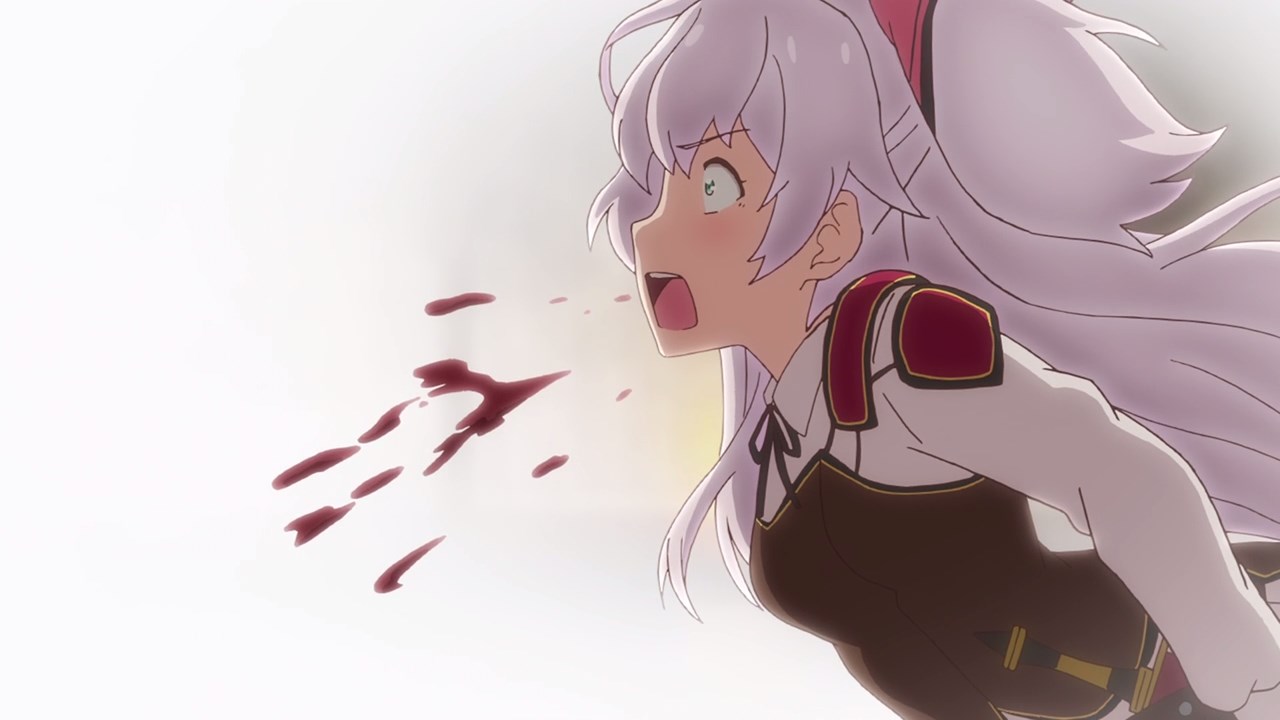 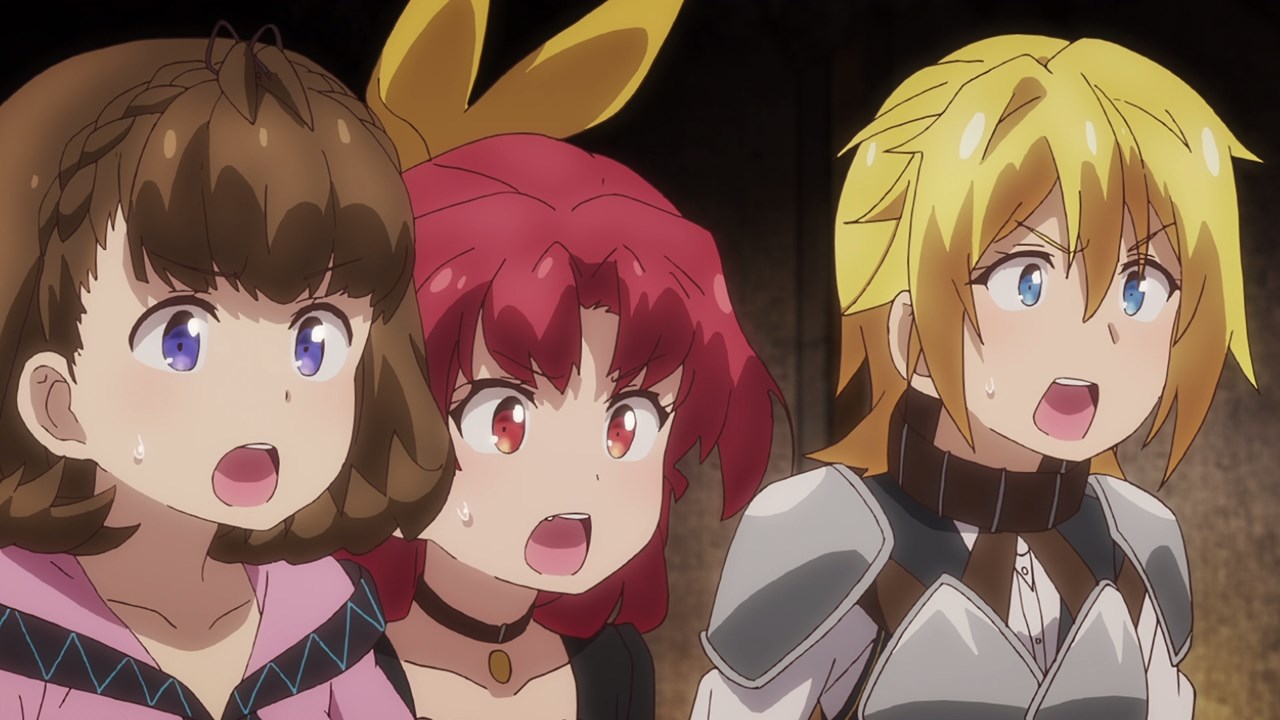 Unfortunately, due to her desire to be an average person no matter what, it appears that Mile is on the brink of death in which Reina and the rest are shocked to see their companion biting the dust.

Wait a minute, I don’t want her to die like this because I want to see Adele return triumphant from the wrath of her scummy family! C’mon, we haven’t reach that part yet. 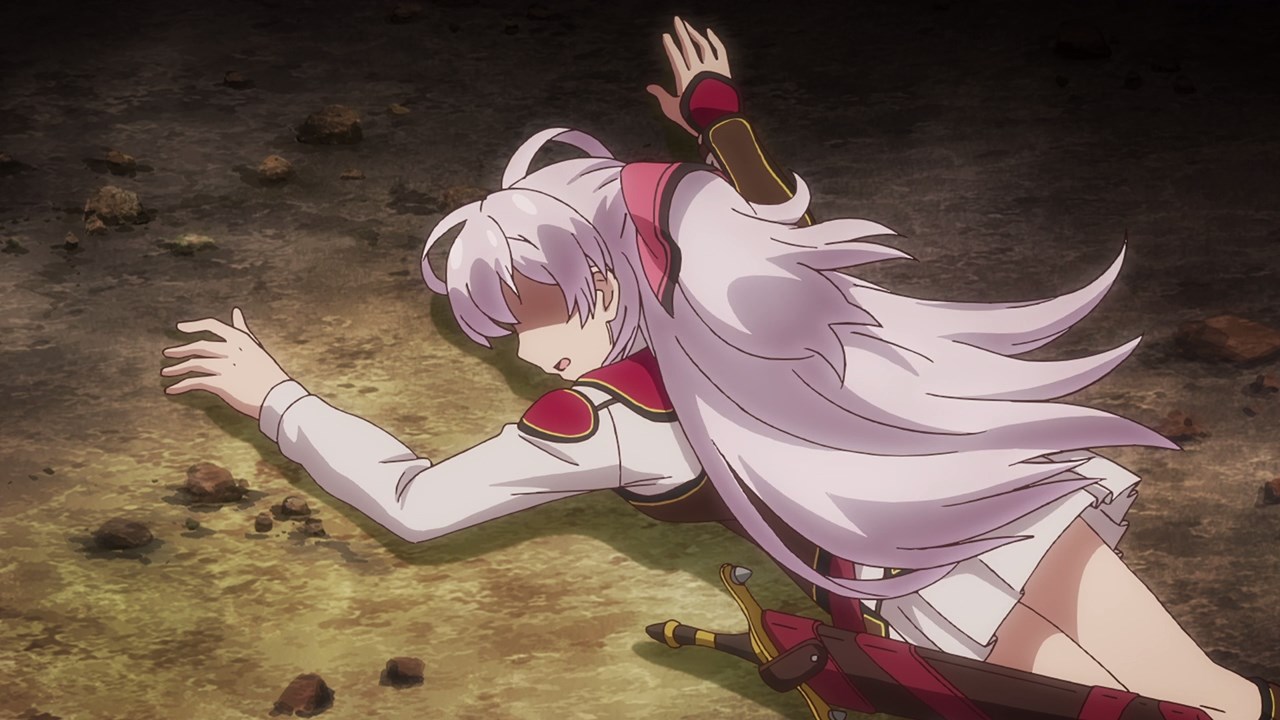 And so, we’re reaching the conclusion of Watashi, Nouryoku wa Heikinchi de tte Itta yo ne! and damn, we can’t end this show on an depressing note. Maybe on the final episode, things would get better I hope!