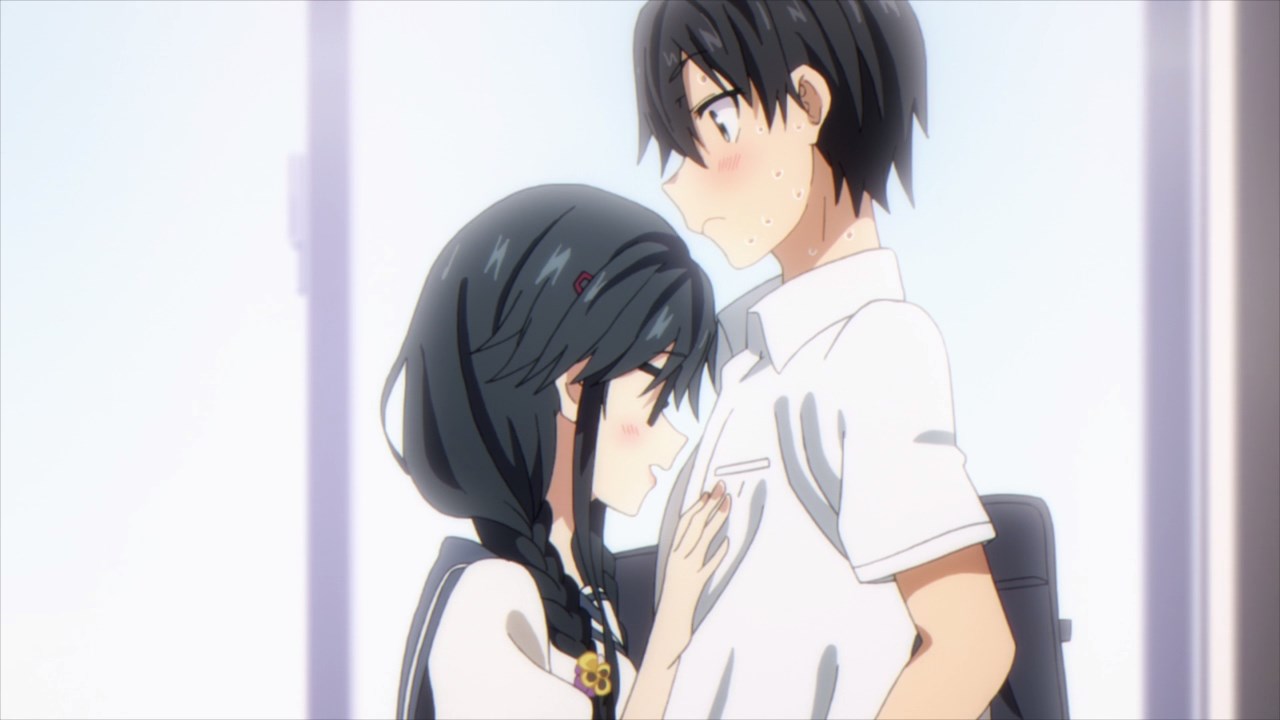 Oh look, it’s Sumireko “Pansy” Sanshokuin where she approached Amatsuyu “Joro” Kisaragi and told him that she’s free to have a chat… in bed.

I mean, Joro can’t take it anymore as he really wants to jump in towards Pansy, but something feels a bit off. 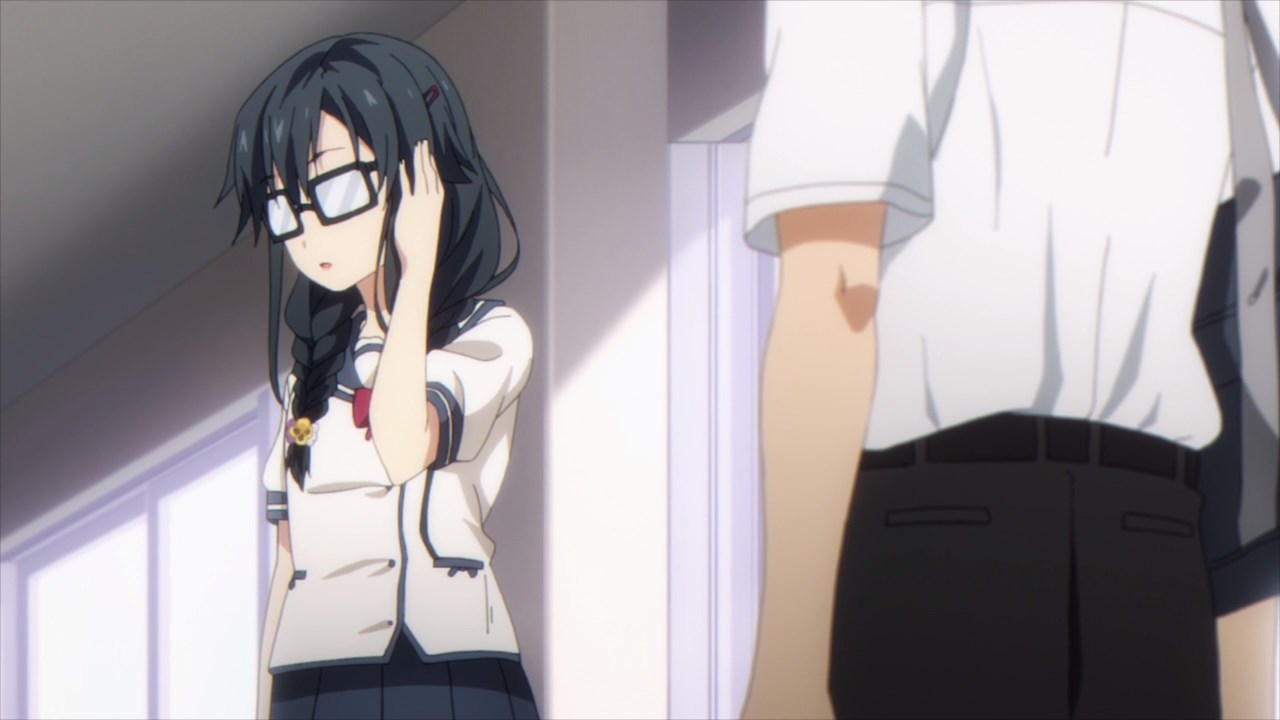 In fact, it turns out that Pansy is hearing a certain voice from her earb- I mean, ear hair. Something tells me that Pansy is being ordered by a certain baseball club manager. 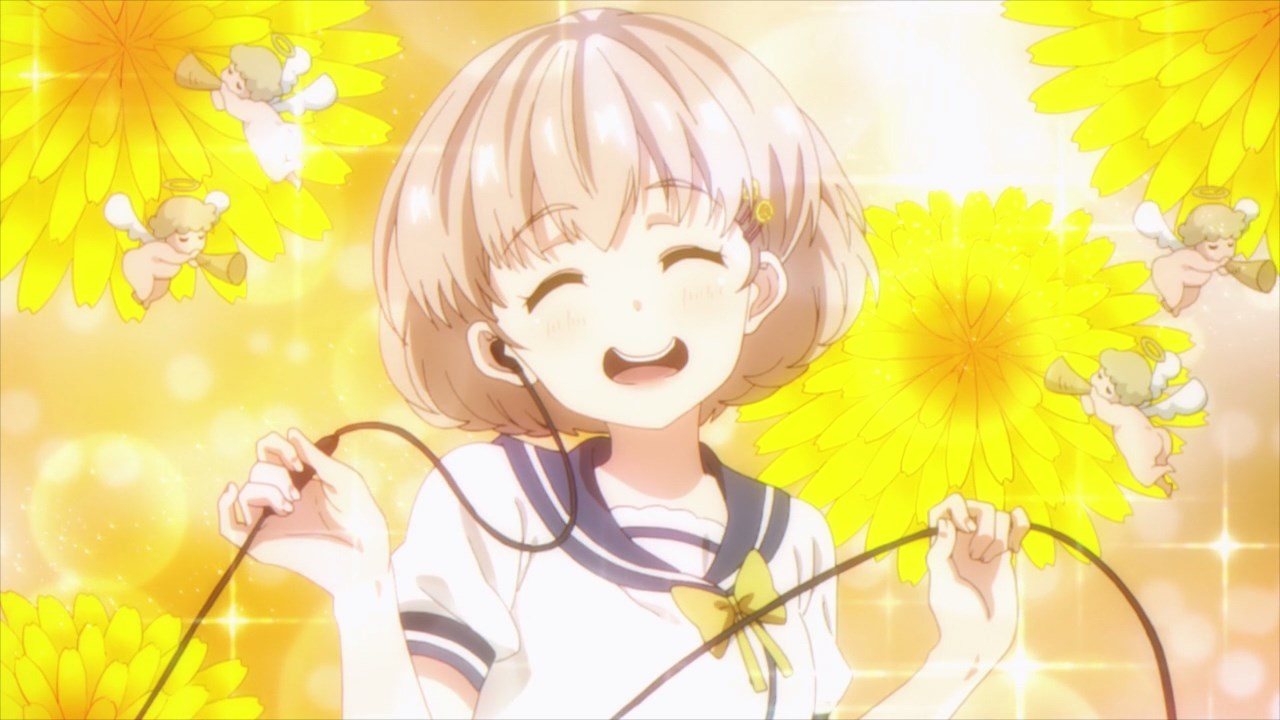 And you know what, I was right as Kimie “Tanpopo” Kamata returned for another devious plot, like hooking Pansy up towards Joro-kun so that she’ll become the most popular girl in Nishikizuta High! 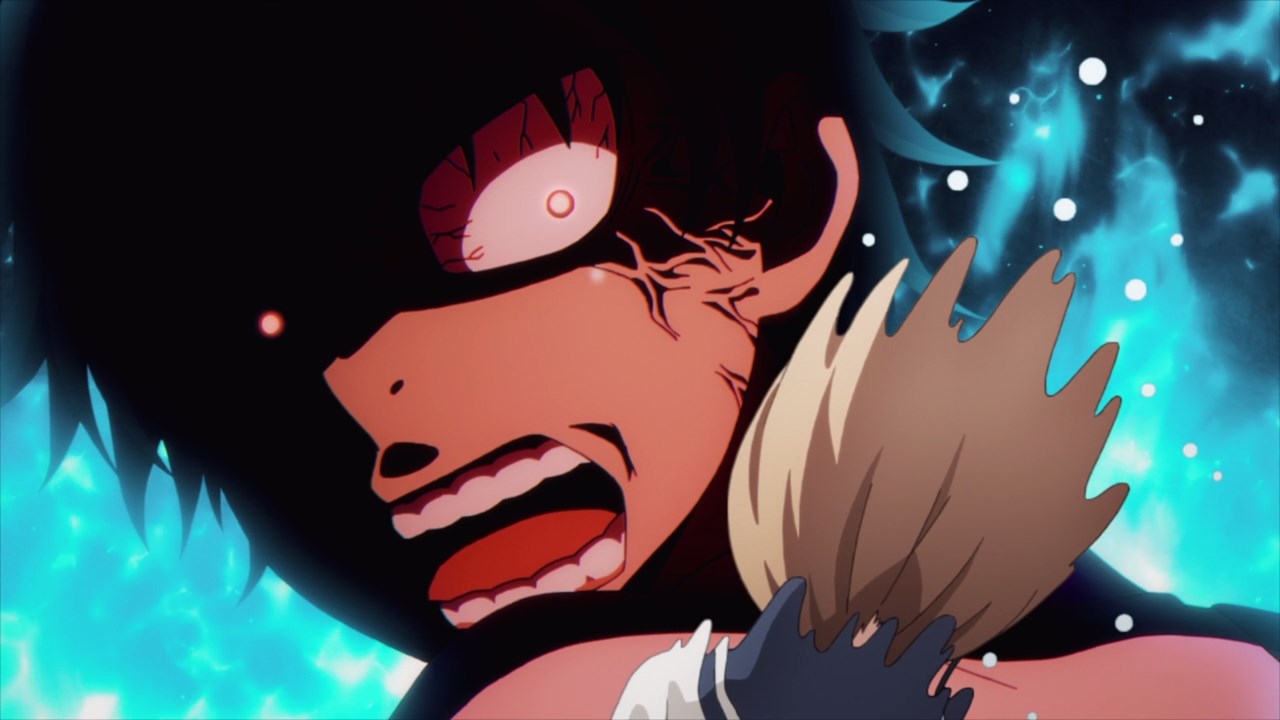 Unfortunately for Tanpopo, Joro had enough of her bullshit and decided to scare her off. Gotta say that Joro is very angry towards Tanpopo! 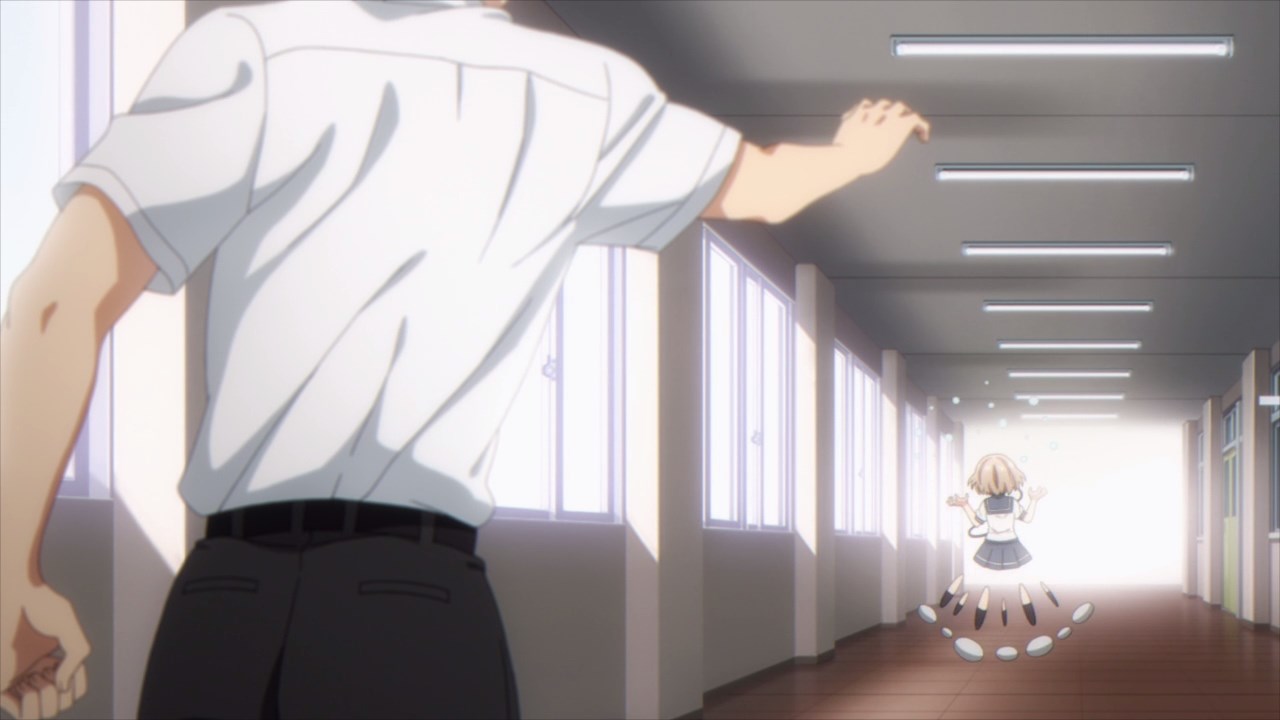 But you know what, I think she’ll return at some point but for now, Tanpopo will make her retreat. Now then, let’s talk about the main topic shall we? 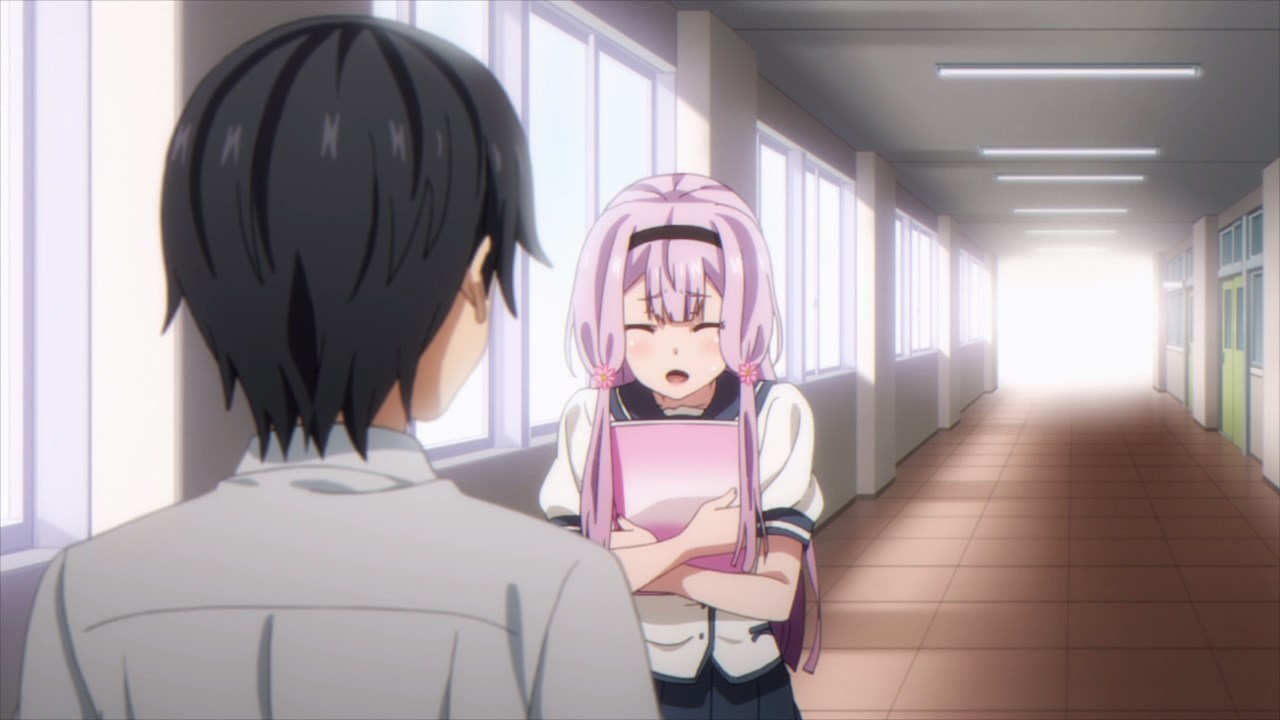 That’s right, the faculty has decided to close the library as President Cosmos told the bad news to Joro.

Yeah, Sakura Akino tried her best but the teaching staff won’t back down on their decision. But you know what, I think Joro will have to get some help from outside… 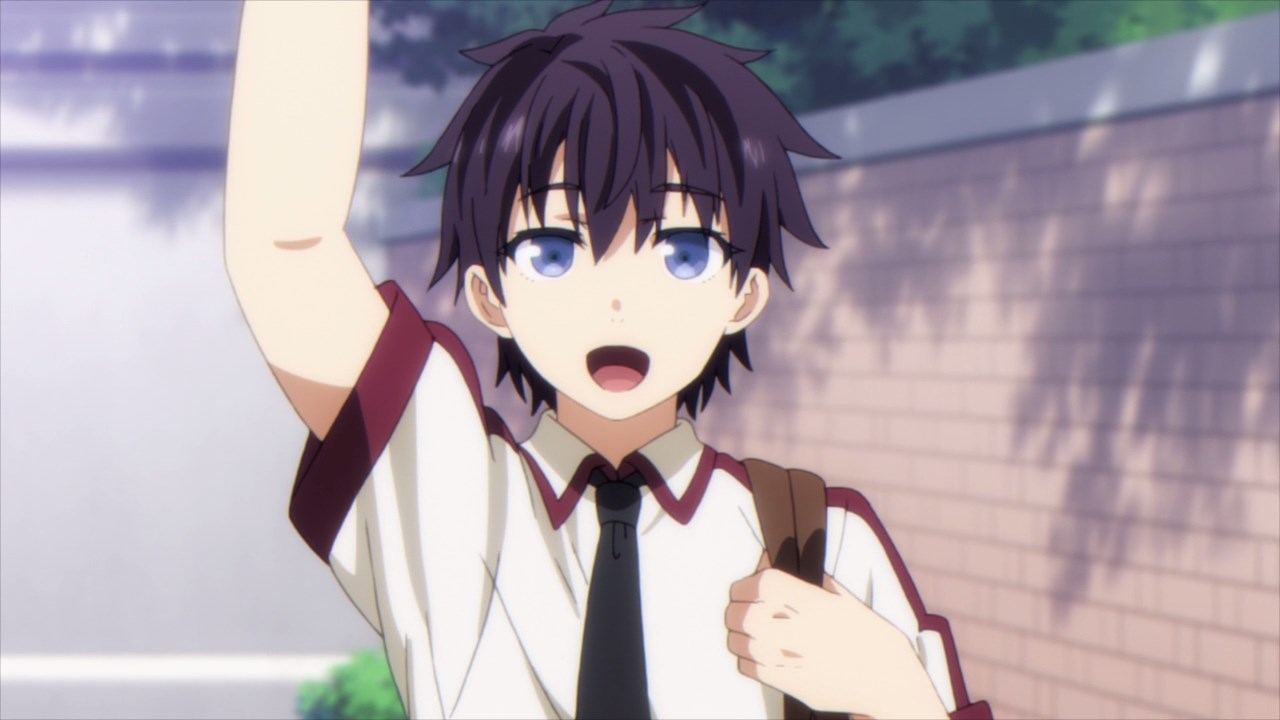 …like Yasuo Hazuki for example as he returned after his brief appearance from Episode 9. Oh yeah, I forgot to mentioned that Yasuo (or Hose) is a student from Toshobu High School. 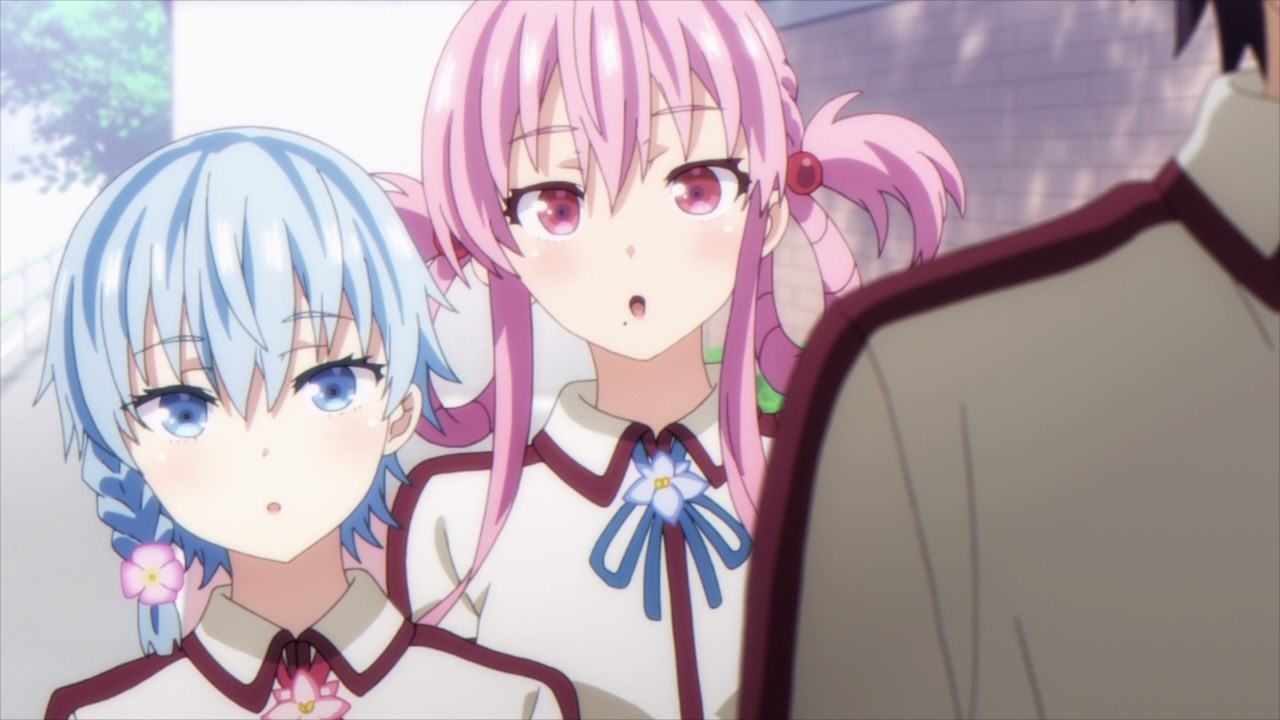 Also, he brought two students who appeared back in Episode 8. Let me introduce you to both Momo “Cherry” Sakurabara and Luna “Tsukimi” Kusami as Amatsuyu “Joro” Kisaragi for allegedly ruined his day.

I mean, let’s not forget that they picked up Natsume Souseki’s collection of essays, which is completely ruined and told him the cost of that book. 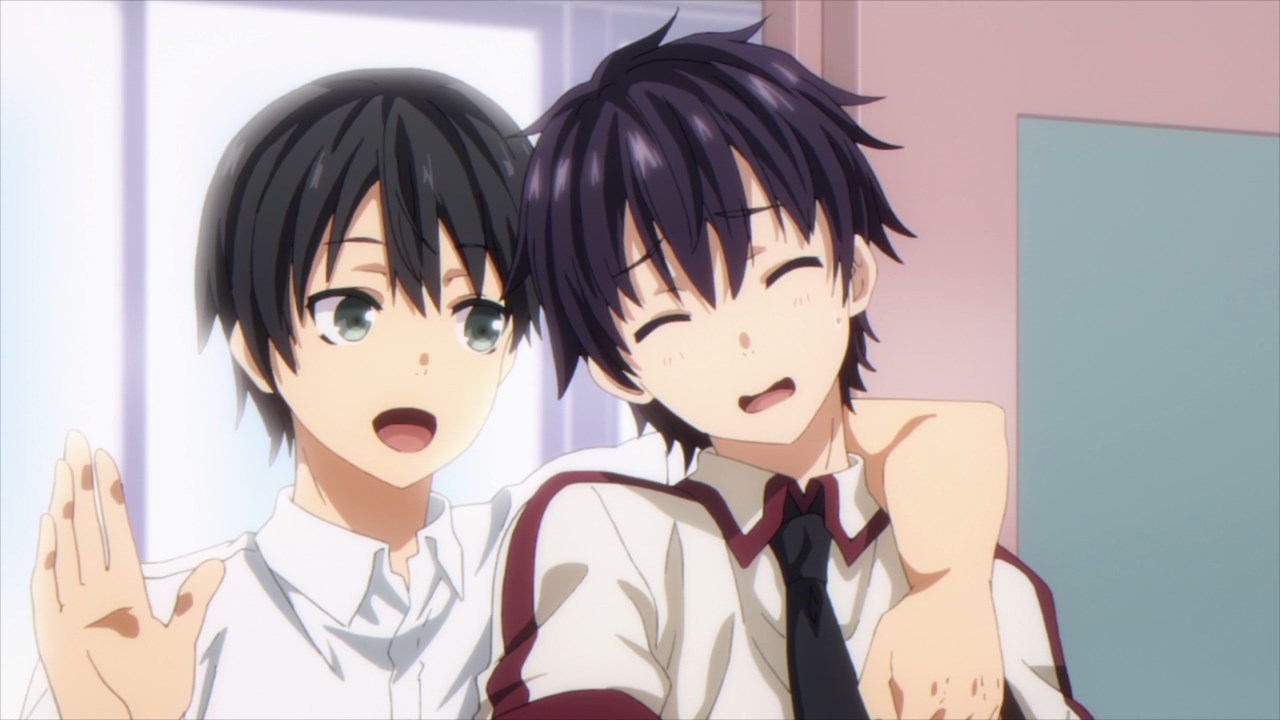 But anyways, Joro-kun brought Hose and his friends to the library where they’ll help on revitalize the school library. 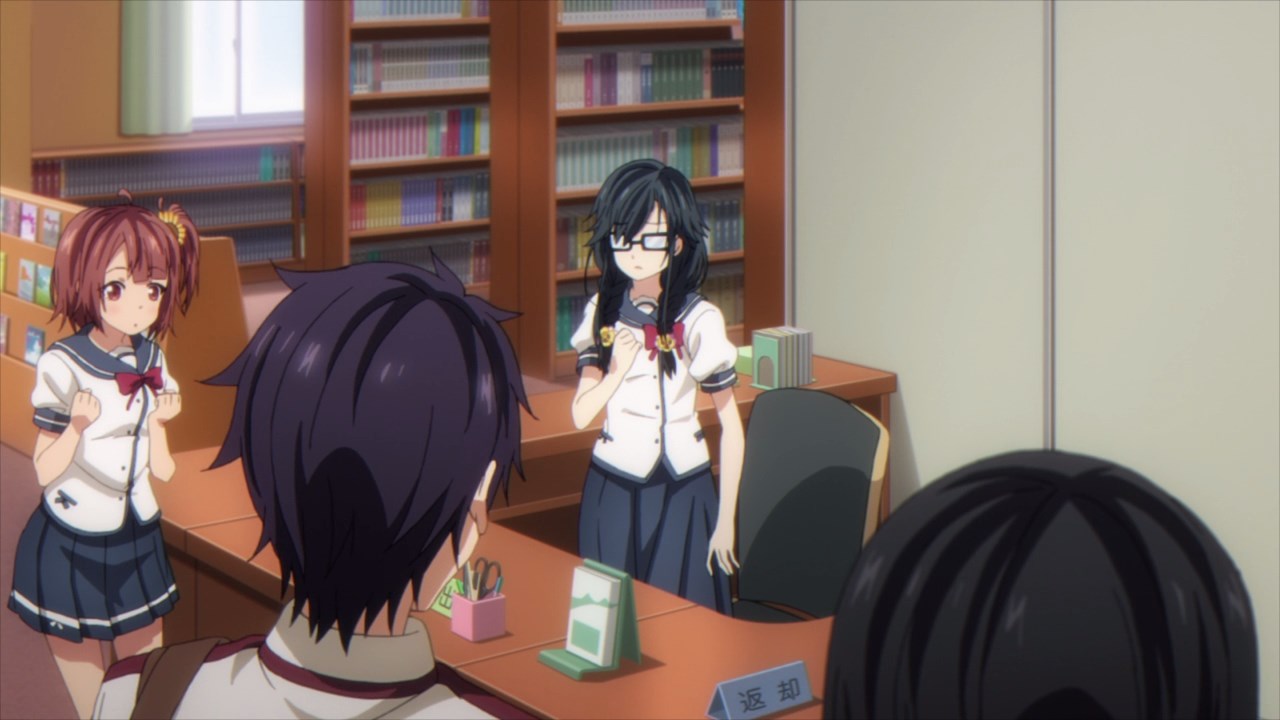 However, it appears that Pansy was shocked to see Hose. Wait, does she know about him?

Hm, I have a bad feeling that Sanshokuin has some history towards Hazuki because she felt unpleasant when seeing that boy. 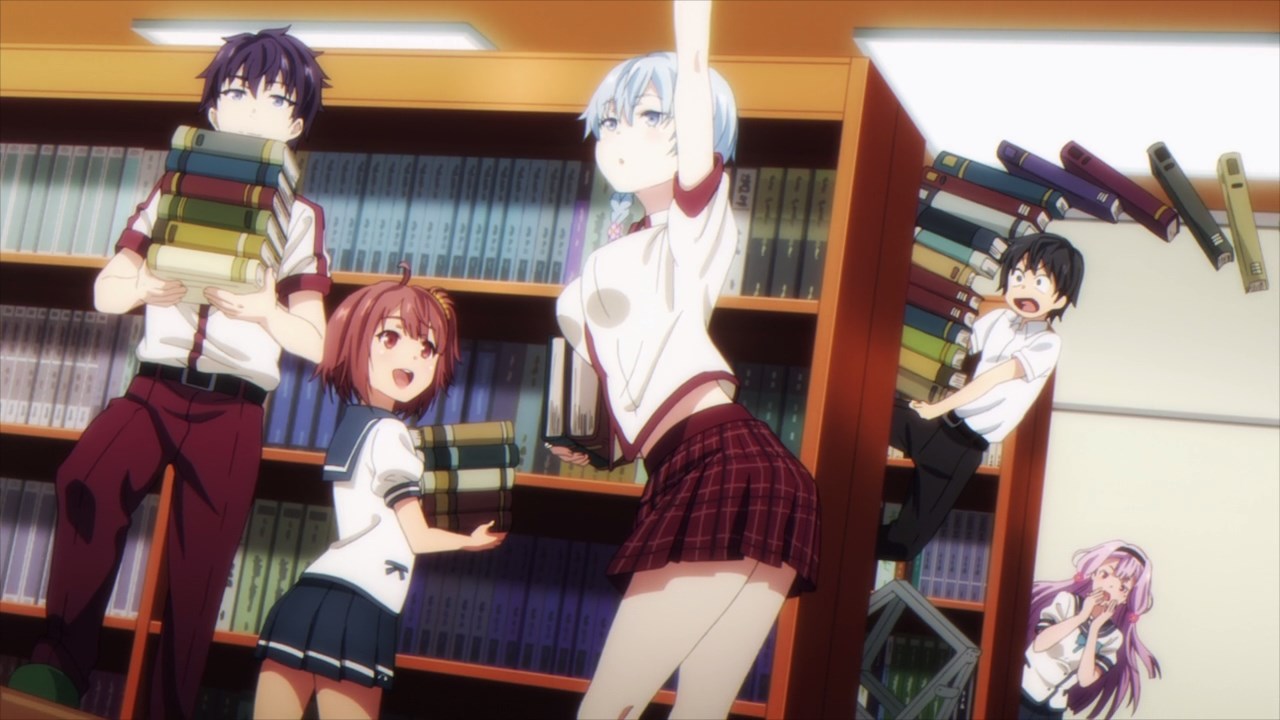 Regardless, Yasuo “Hose” Hazuki and his friends helped them out on reviving the school library.

Then again, I wonder if outside help would prevent the library from closing it down? 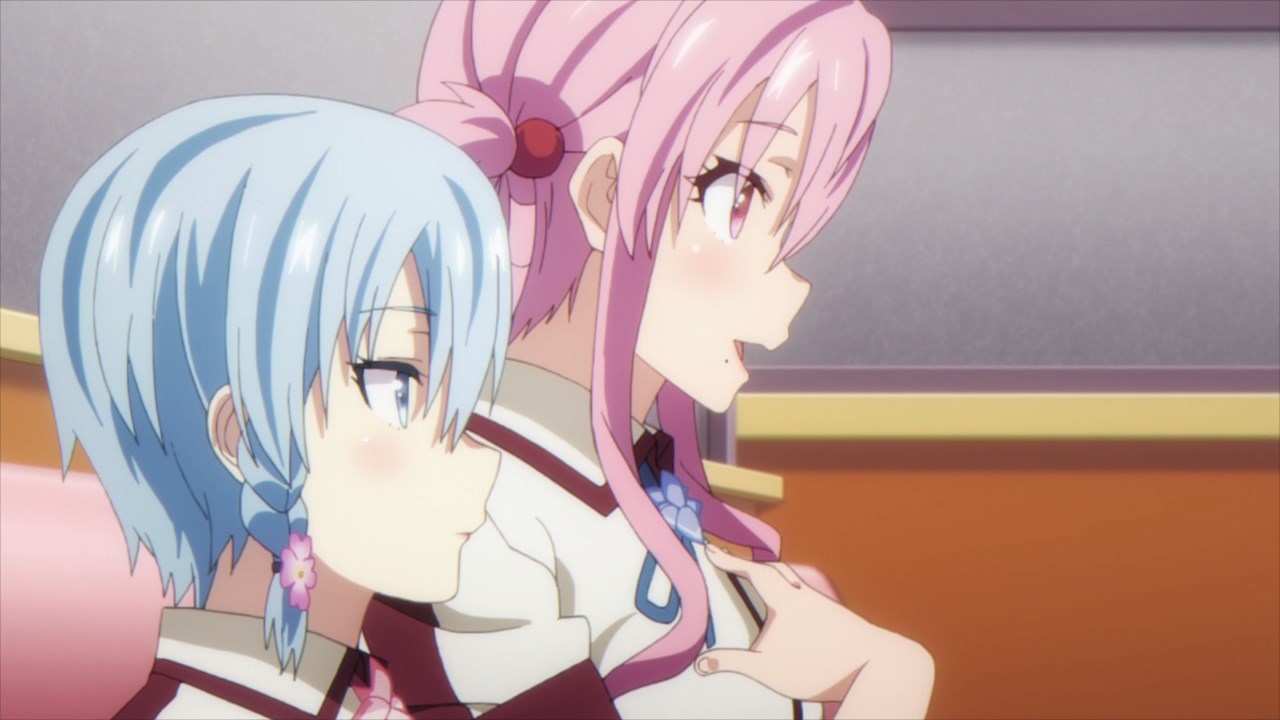 Now then, here’s something interesting as both Momo “Cherry” Sakurabara and Luna “Tsukimi” Kusami asked Joro-kun to help them hook both Pansy and Hose up. Wait, I smell a deja vu right here! 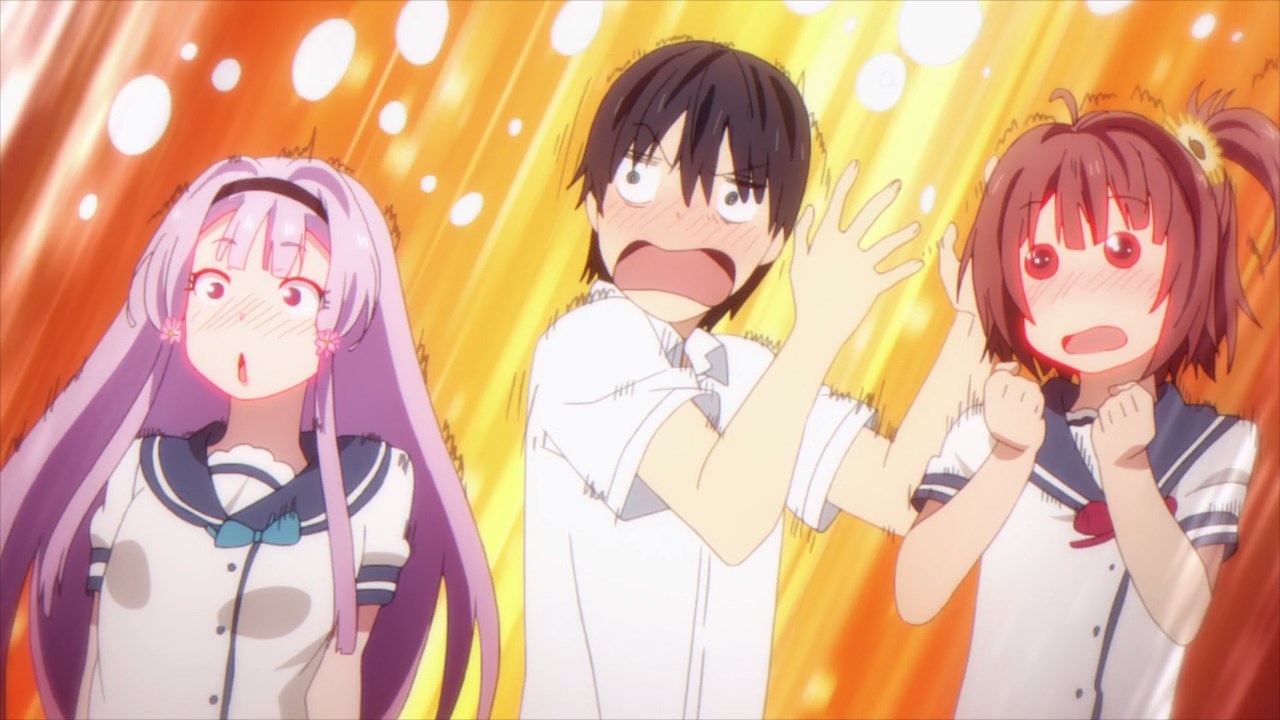 Even Sakura “Cosmos” Akino and Aoi “Himawari” Hinata couldn’t believe it. Seriously, I wanna know what happened to Pansy, especially back in her middle school days? 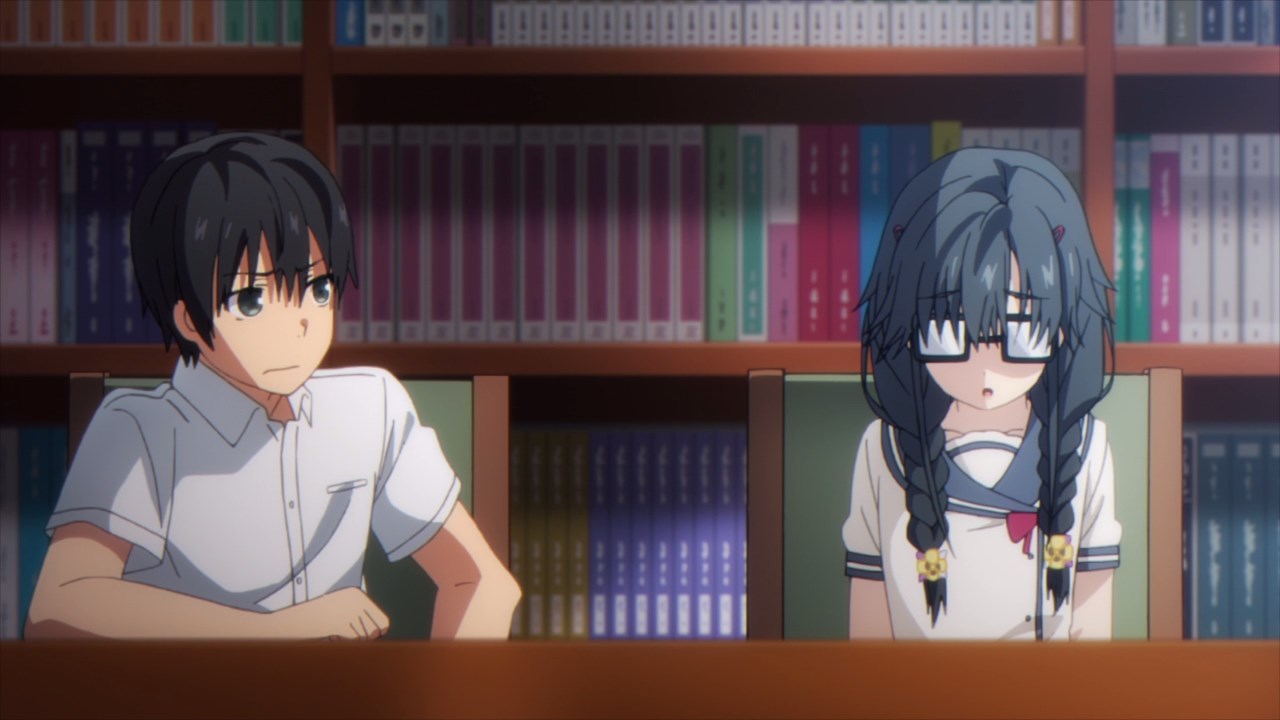 Anyways, Sumireko “Pansy” Sanshokuin told Amatsuyu “Joro” Kisaragi about her past as she was the most popular student back in middle school. And really, she’s scared that her beauty has attracted lots of bad eggs. 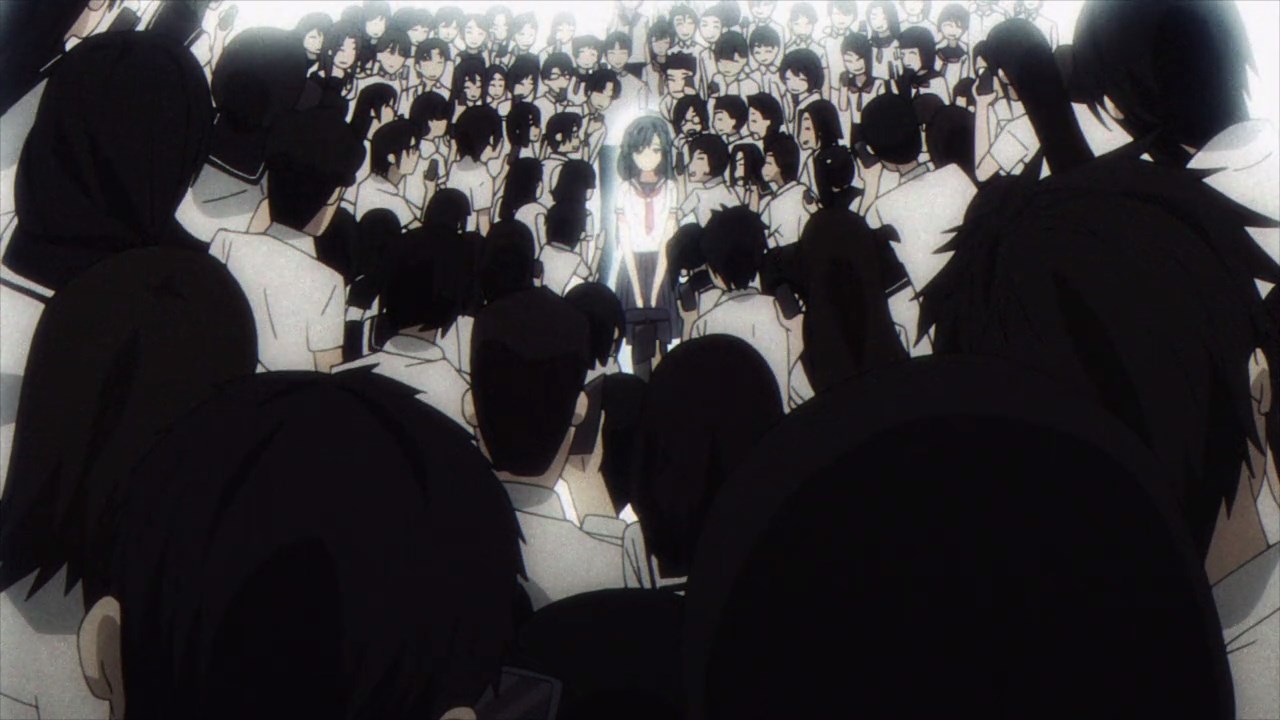 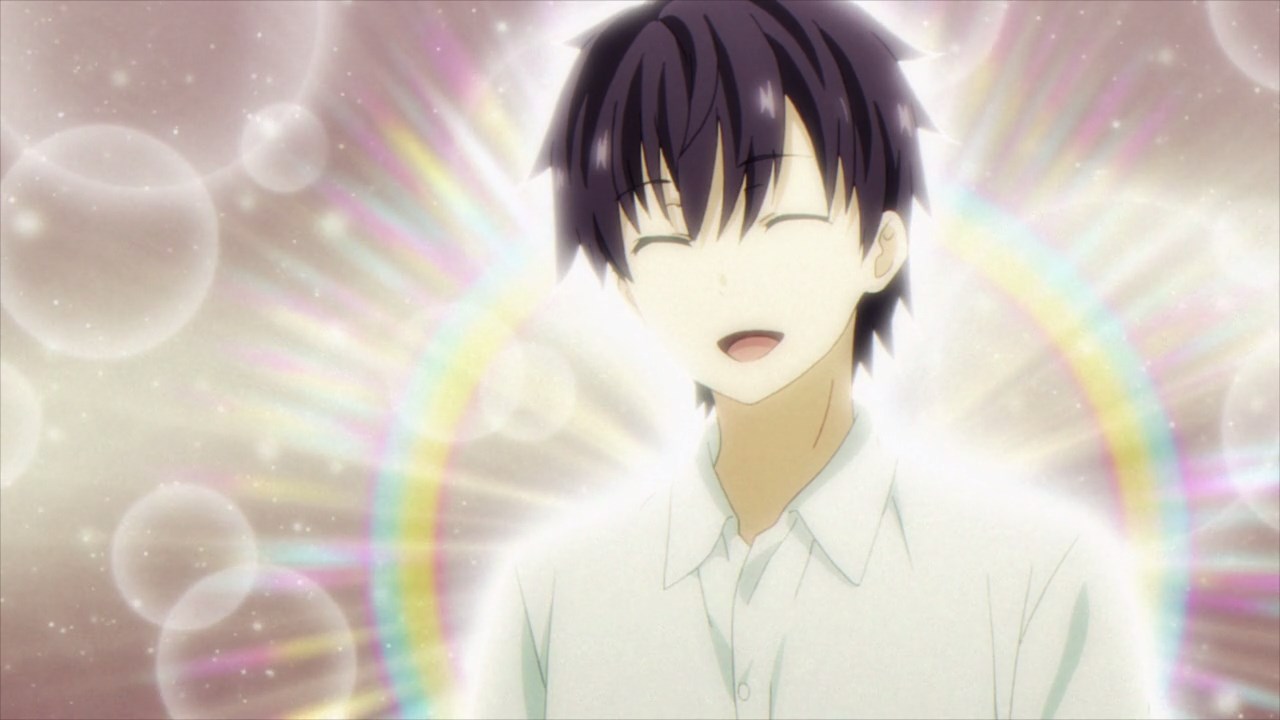 But it wasn’t until Yasuo “Hose” Hazuki showed up and everyone didn’t want to bother getting their hands or even throw dirt at Sumireko “Pansy” Sanshokuin. That’s because Hose is one hell of a nice guy back in middle school and he’s still emanating his kind attitude.

Of course, Pansy told Joro that Hose’s kindness has some drawbacks as he’s basically oblivious to feelings from other people. By the way, turns out that Hazuki is in love with Sanshokuin that the likes of Sakuraba and Kusami wanted to hook them up. However, both Cherry and Tsukimi are in love with Hose that it’s sad to see them giving up their feelings for him in favor of supporting his pursuit of love towards Pansy.

But you know what, I think Joro-kun will find a way to resolve this messy situation surrounding Pansy and her former middle school classmates. 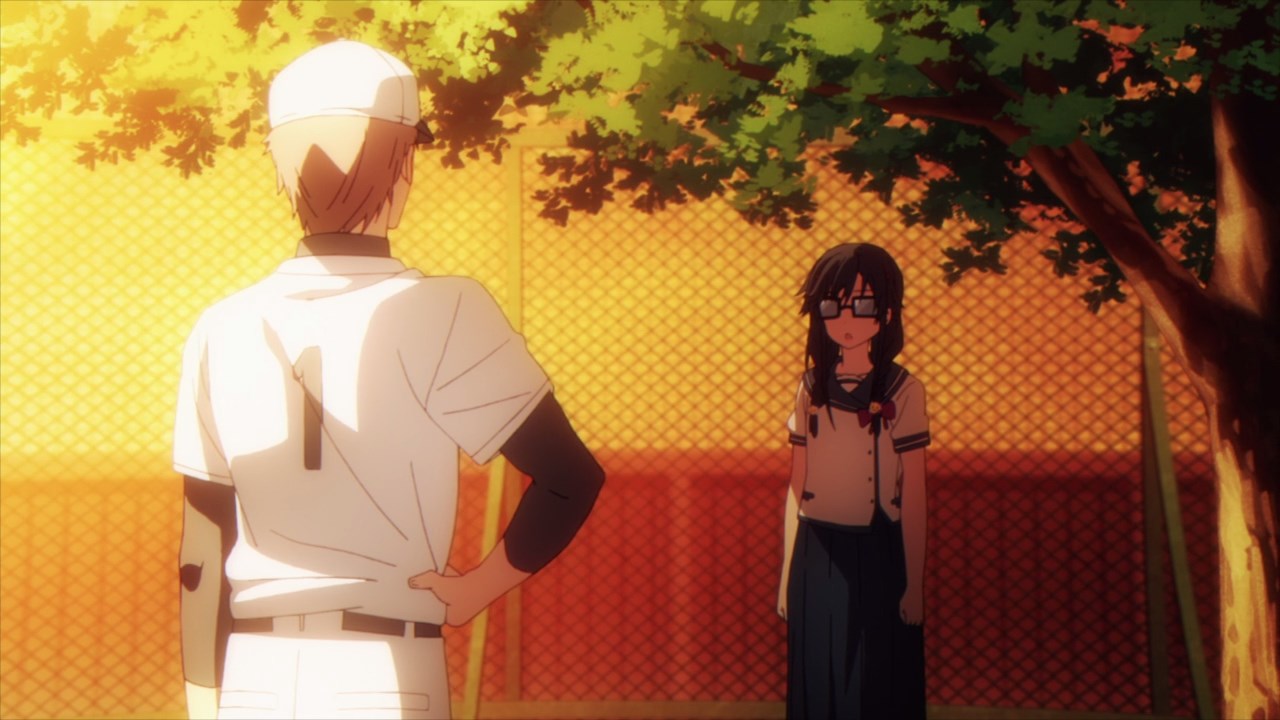 One last thing, looks like Sumireko “Pansy” Sanshokuin was approached by Taiyo “Sun-chan” Oga where he wants to tell something important. 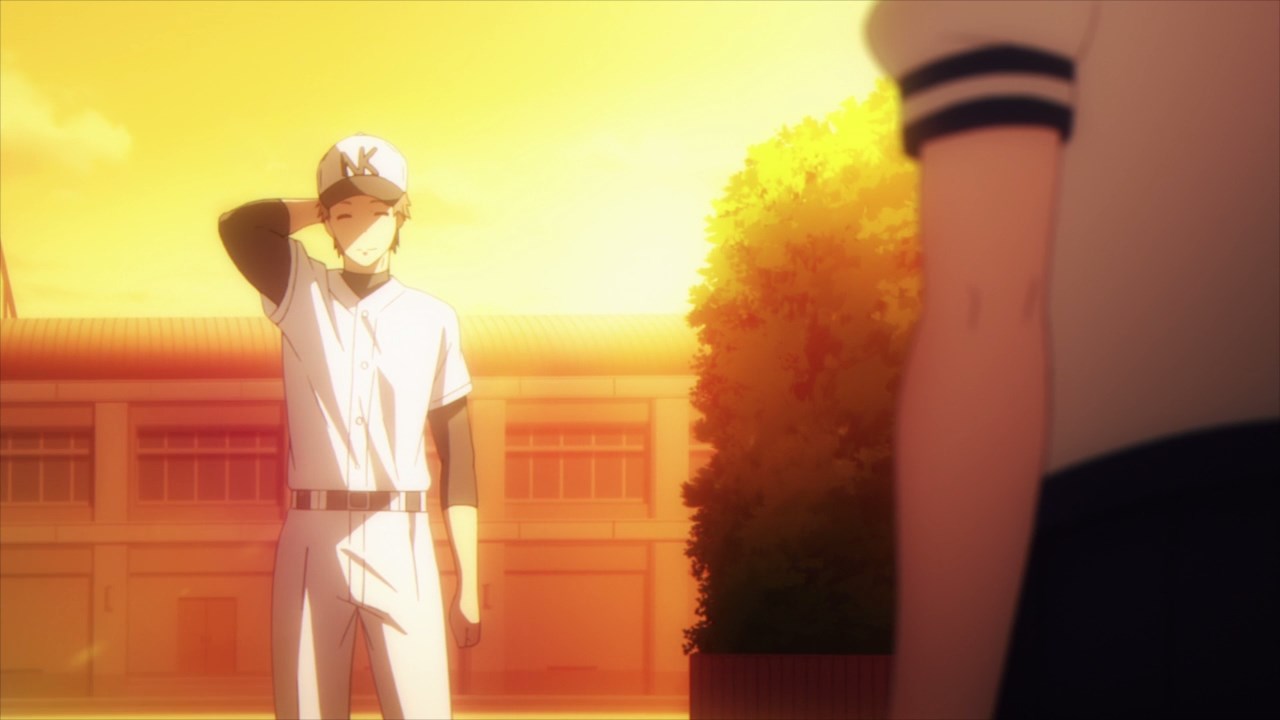 Then again, I have a bad feeling that he’s plotting something to take Pansy away from Joro-kun and Hose. I mean, Sun-chan claims that he hasn’t lost to Joro, even though he got a verbal beating back in Episode 3. I guess Sun-chan won’t give up until he won over Joro!

Dammit, we got a triple threat match on the final episode where the winner will take Pansy’s heart! Let’s hope that no one would get hurt real bad next time.