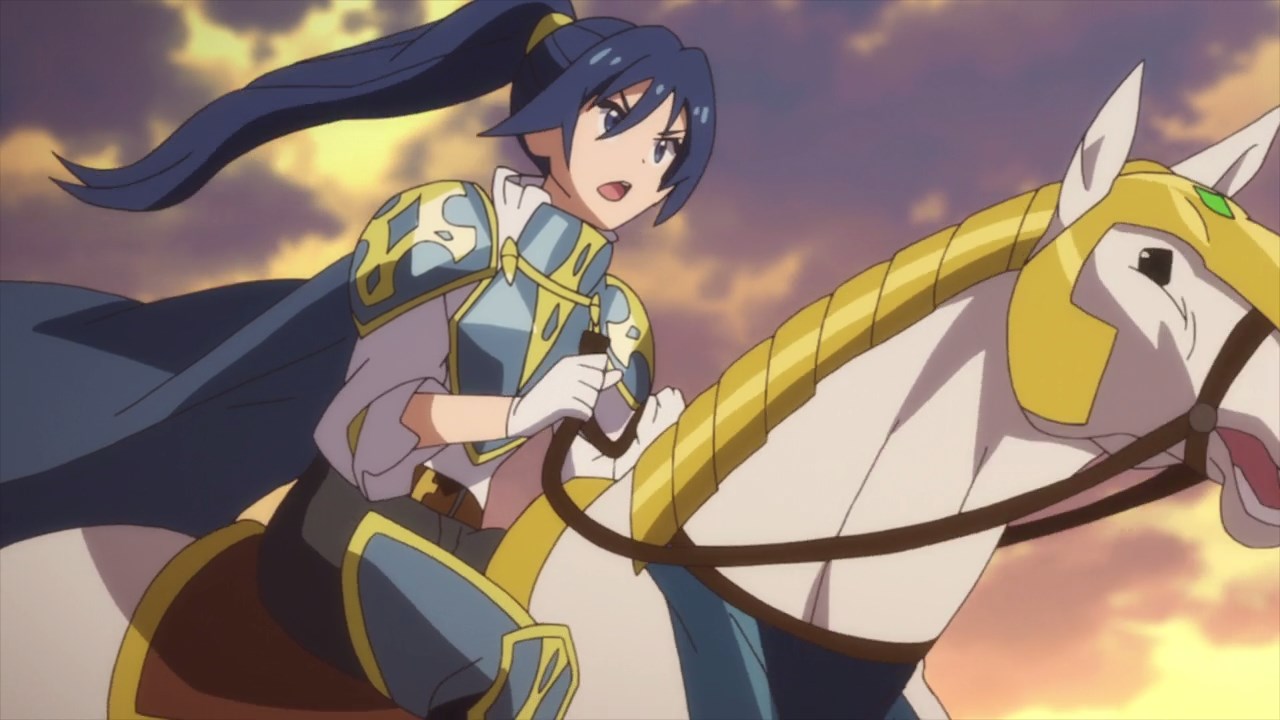 Hey everyone, it’s Rosalie Roseguard as she heard that the Warmaster turned into a baby and went to the scene. 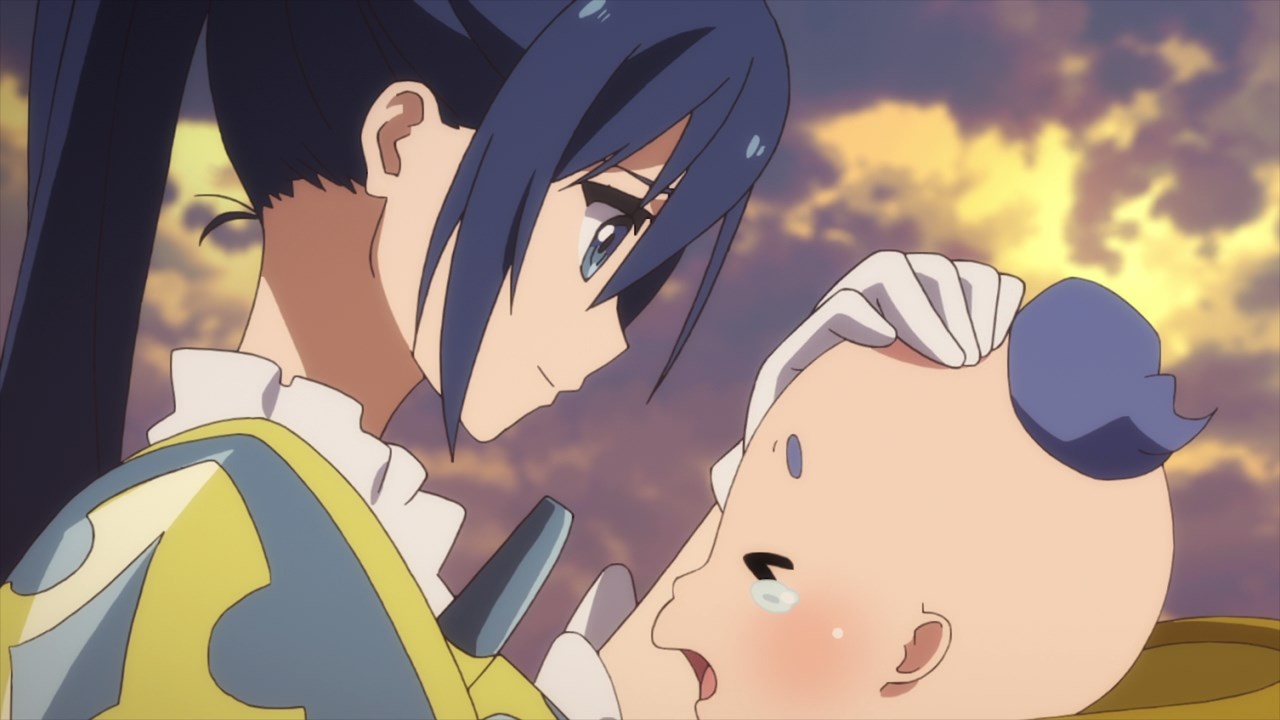 And here’s the thing though as the Warmaster is actually Rosalie’s father, the current emperor named Wohlks Roseguard.

But yeah, I think this baby emperor needs a new set of diapers now that the demon army got wiped out. Still, the Demon Lord will return to bring terror across Gaeabrande. 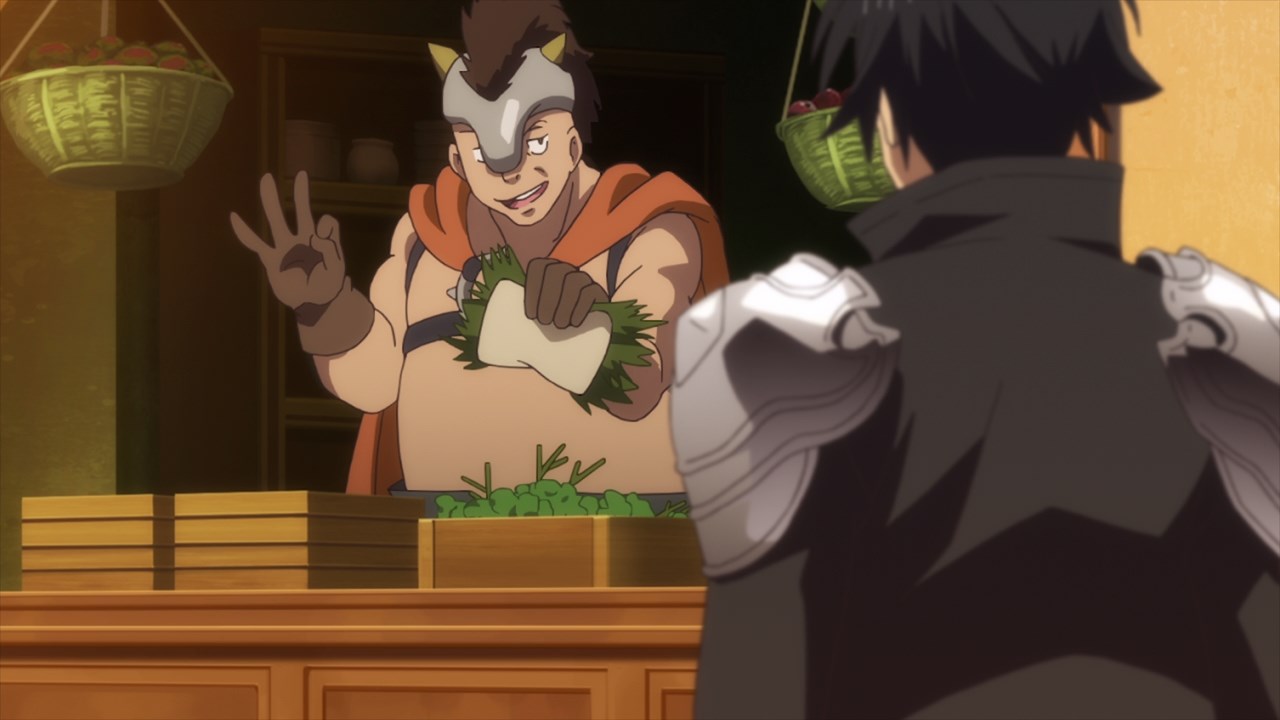 For now, Seiya Ryuuguuin and his allies will need to stock up with various items before tackling the Demon Lord.

Anyways, Seiya stumbled upon a merchant that sells Greater Medicinal Herbs. This merchant claims that it’s more effective than regular herbs, but Ryuuguuin is dubious about its effects as he’s worried of being scammed. 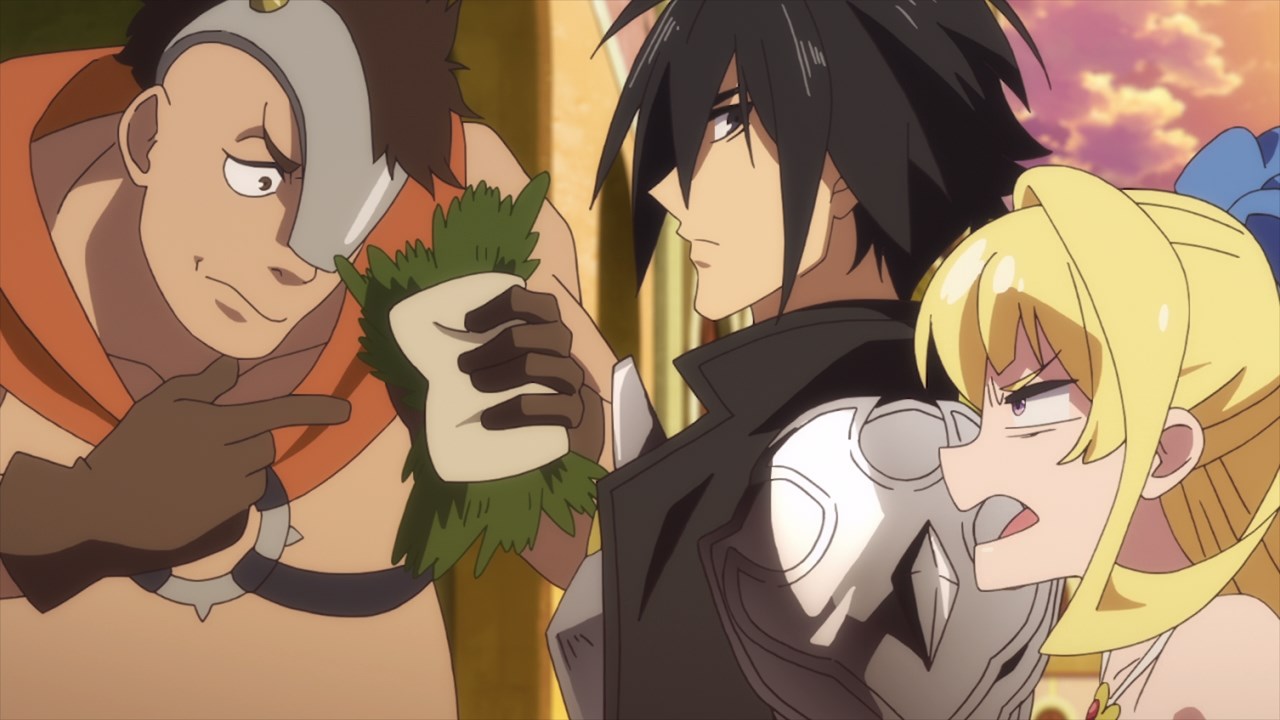 On the other hand, Ristarte doesn’t want Seiya to buy some herbs as her healing powers is far better.

Well actually, I think Seiya is doubtful that Ristarte is useful other than providing some divine hair, so he’ll just herbs instead. 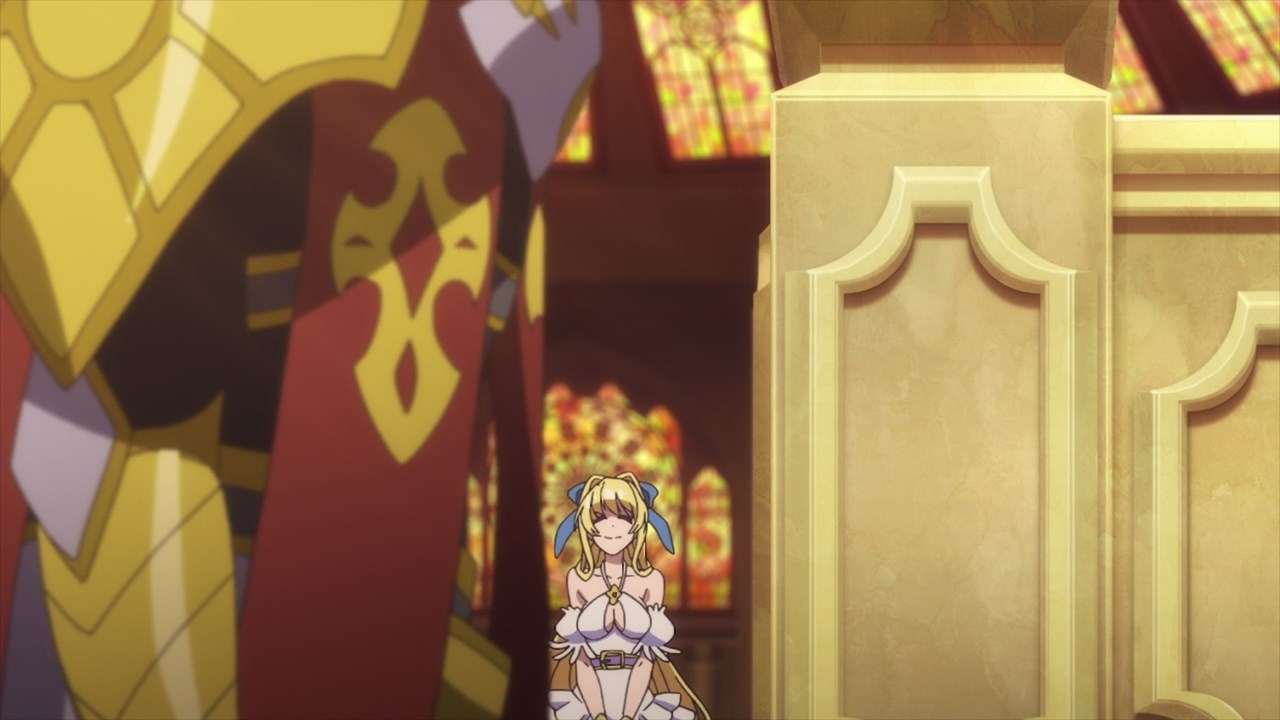 Now then, looks like Ristarte was imvited by Emperor Wohlks Roseguard as he wants to show something cool. I wonder if he’ll show a weapon that could defeat a demon lord? 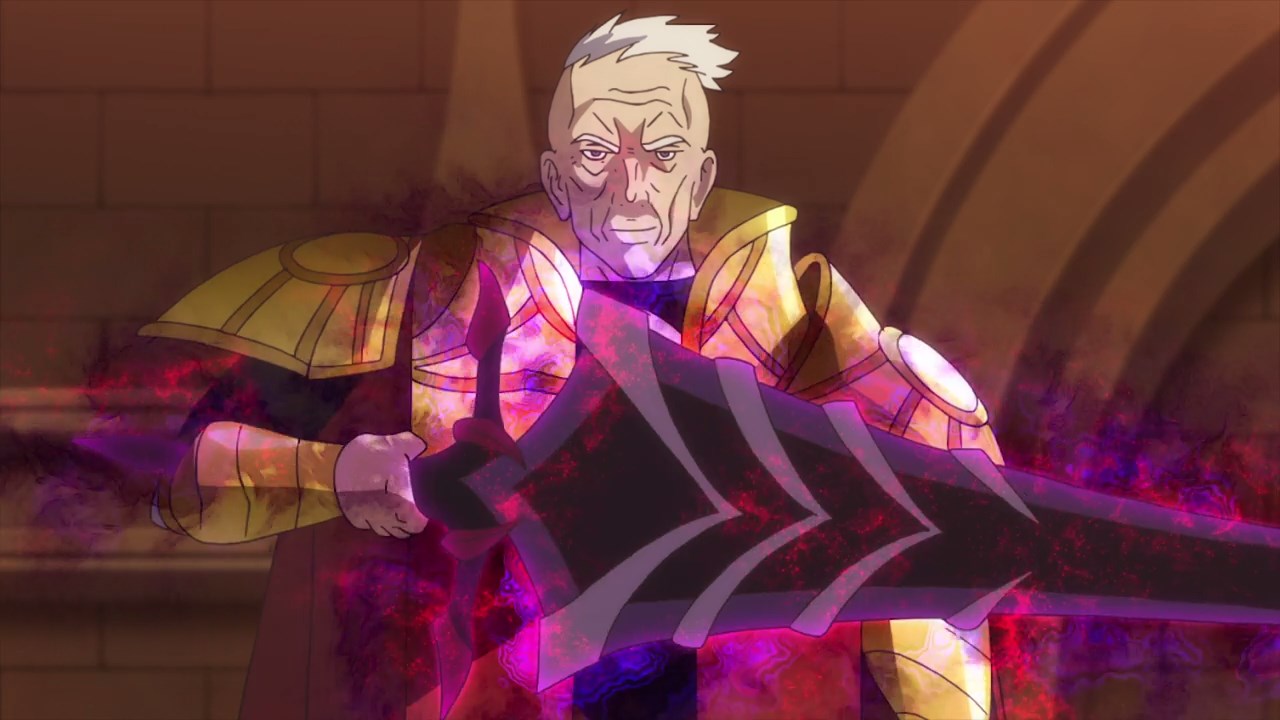 Well, the Warmaster got one in the form of the God Eater, which is capable of killing gods with a single slash.

And since Ristarte is a goddess, don’t tell me that Emperor Wohlks is gonna use that sword towards her? 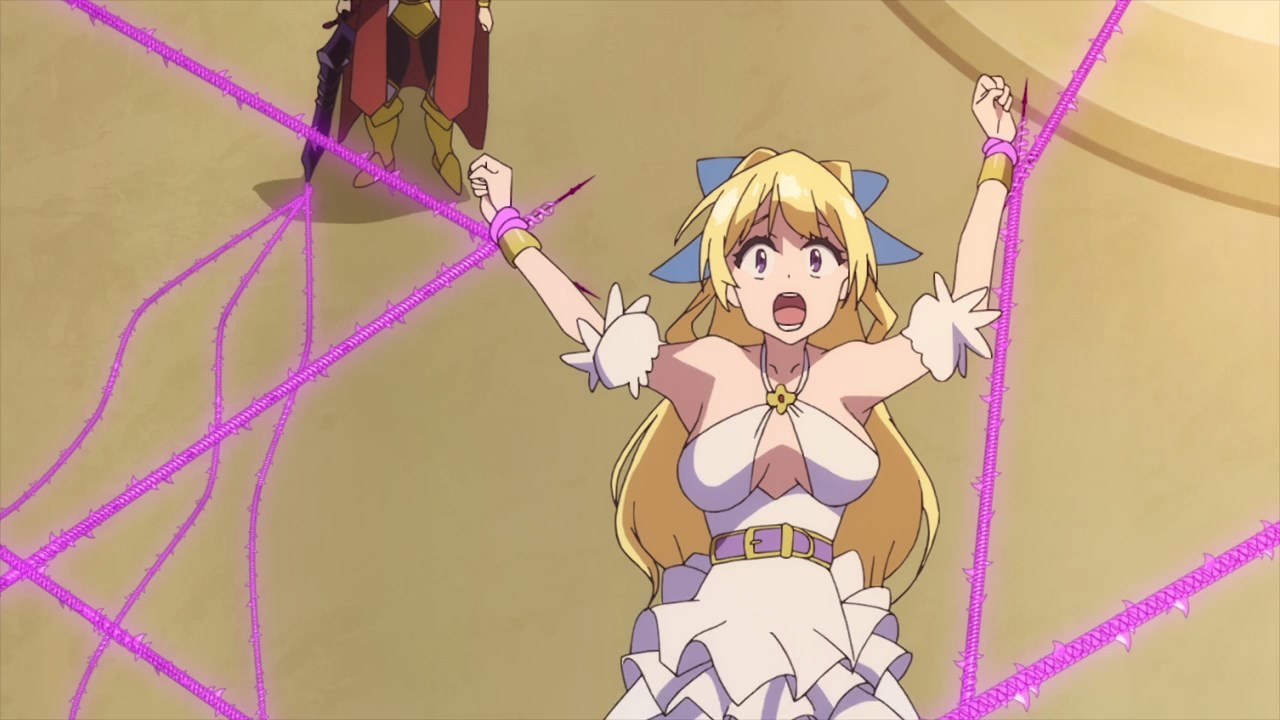 Even worse is that Wohlks’ sword can summon tentac- I mean, chains to bind Ristarte until she cannot move. God, somebody save her! 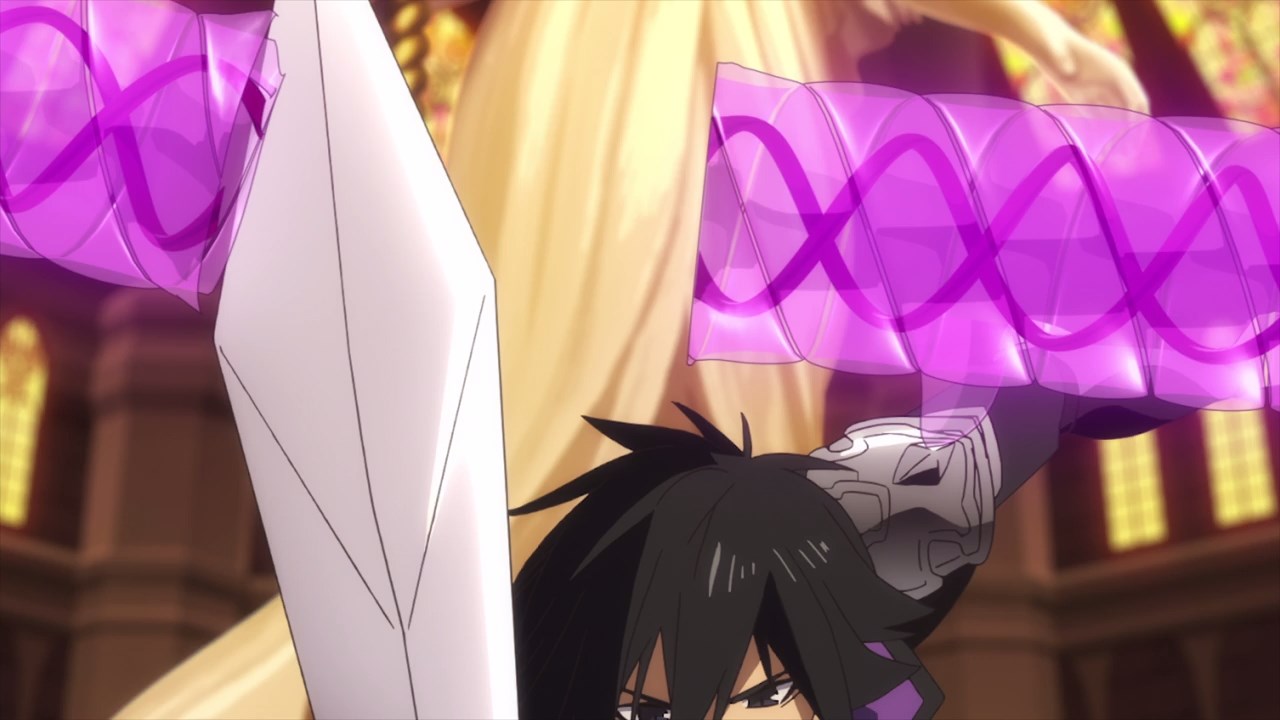 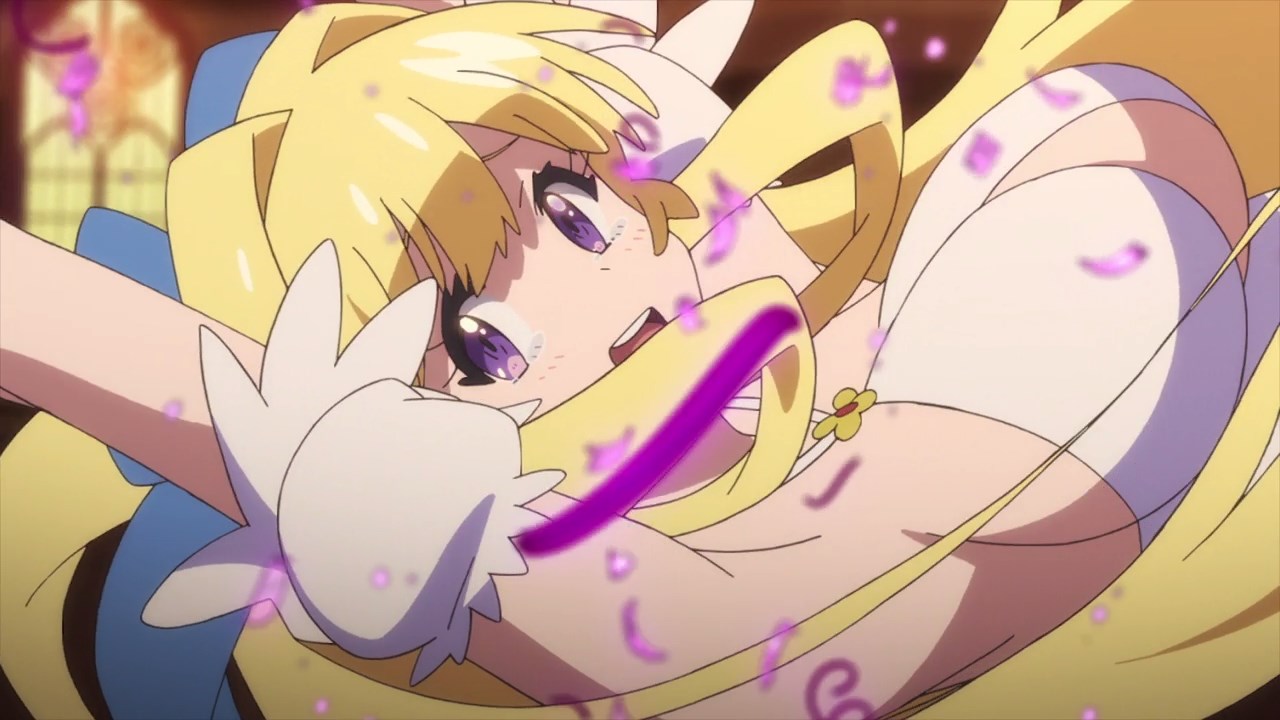 Fortunately, Seiya Ryuuguuin arrived just in time to rescue Ristarte. Gotta say that she’s happy to see the cautious hero rescuing her from being killed. 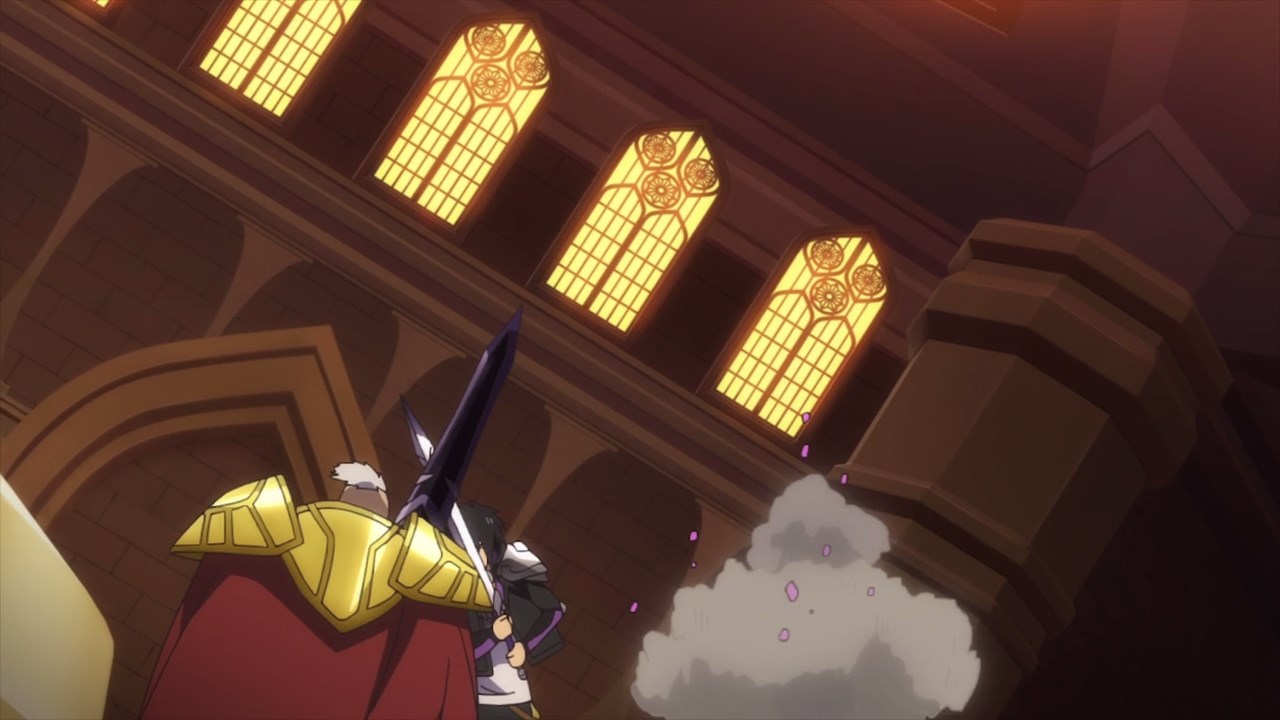 Of course, Seiya won’t carry her safely as he proceeds to fight the Warmaster. Well Ristarte, my condolences for having a jerkass hero like Ryuuguuin. 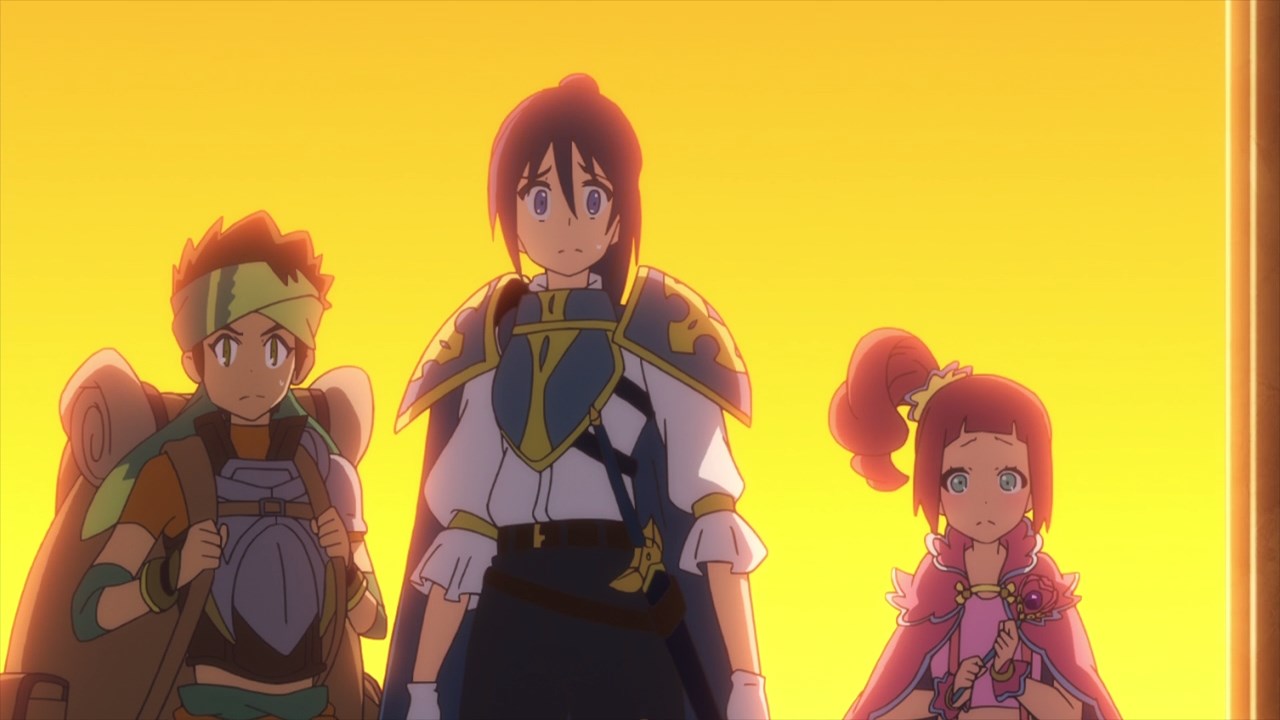 While Mash and Eruru won’t do anything on this episode since they’re treated as caddies, Rosalie couldn’t believe that his father has sided with the Demon Lord. 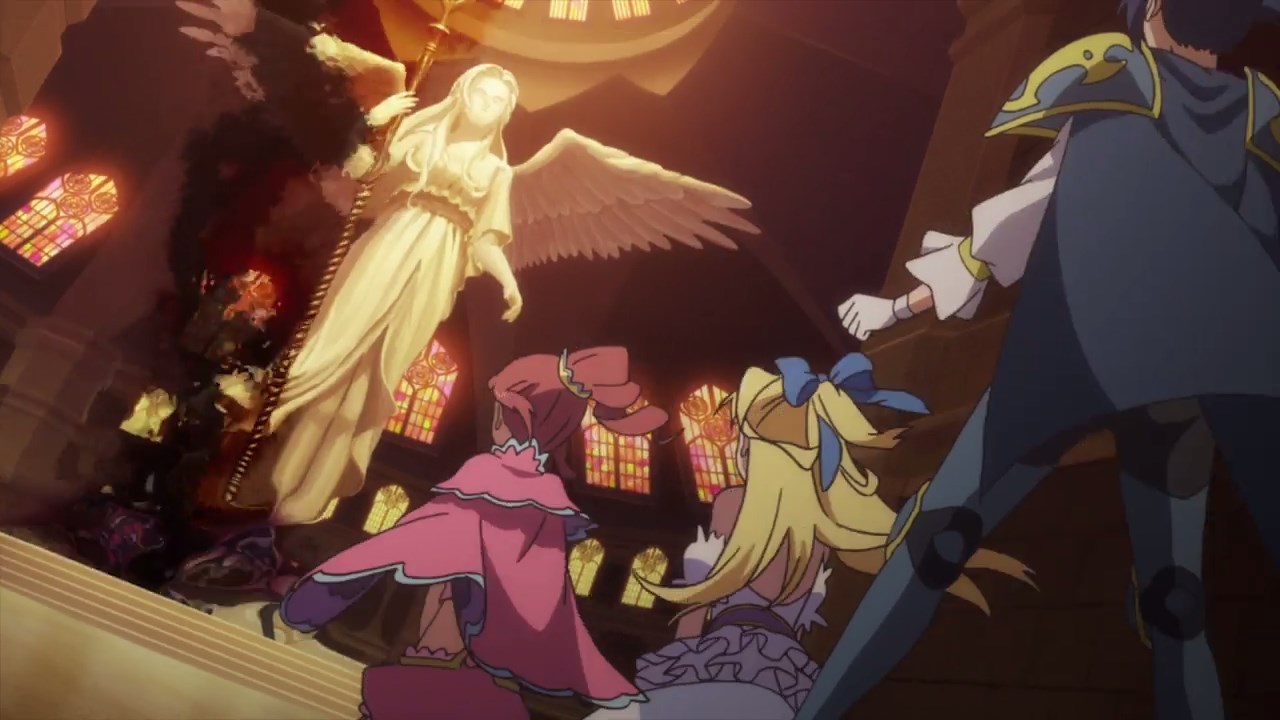 But without further ado, looks like Emperor Wohlks Roseguard will unleash his true form since he can’t fight at full strength against Seiya Ryuuguuin. 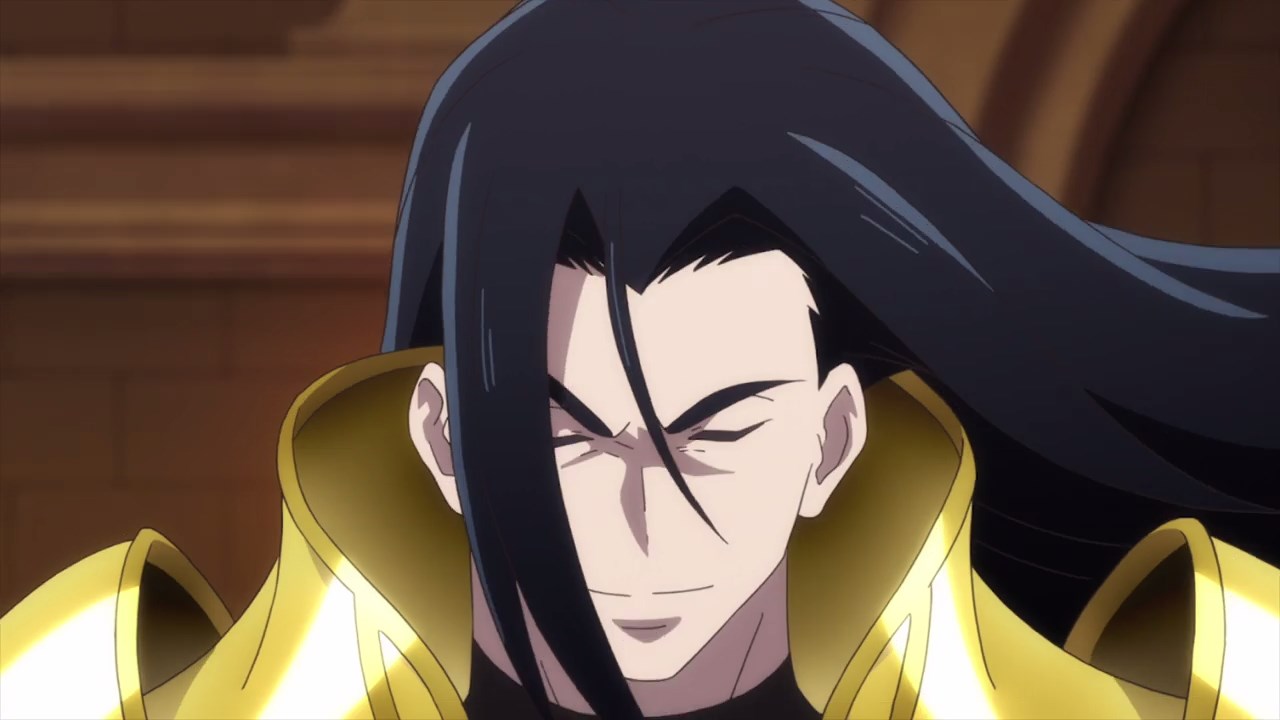 Thus, he de-aged himself in order for him to be on-par with or even surpass the cautious hero. But what would Seiya do? 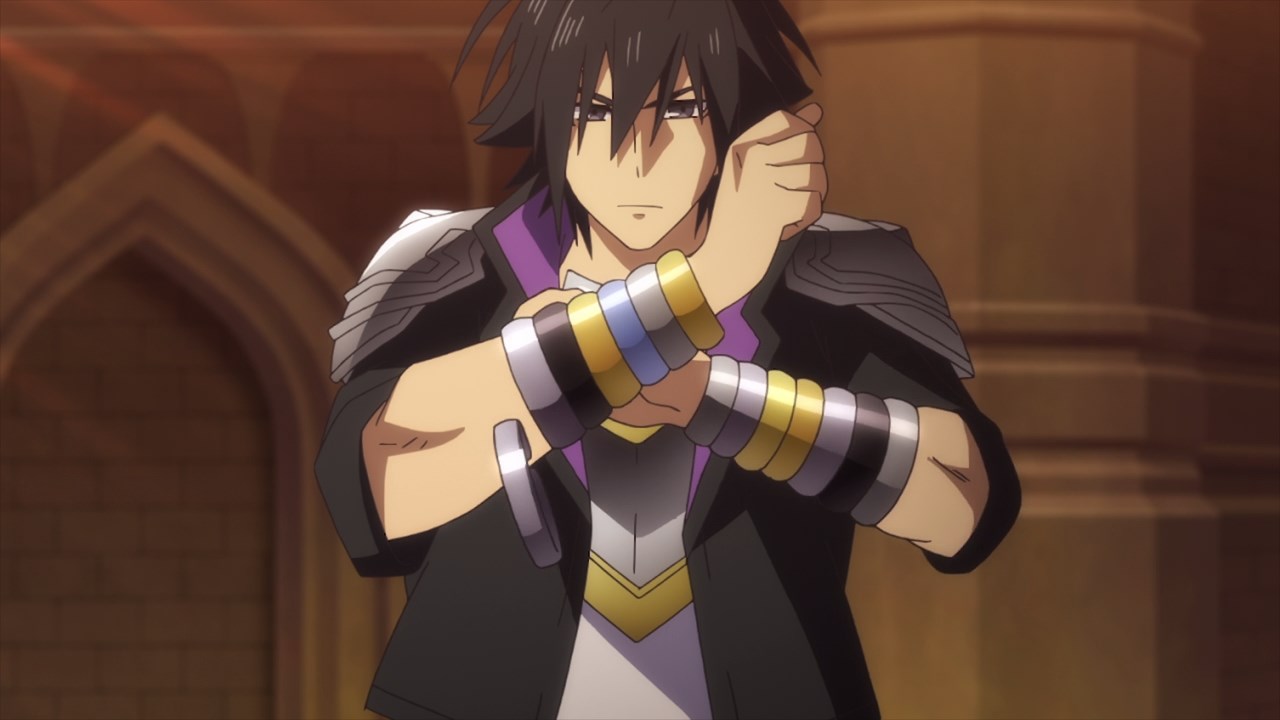 Well, he’ll just remove his weights from his arms because they’re heavy and he wants to unleash his power without limits. I wonder if those weights are made from Ristarte’s hair? 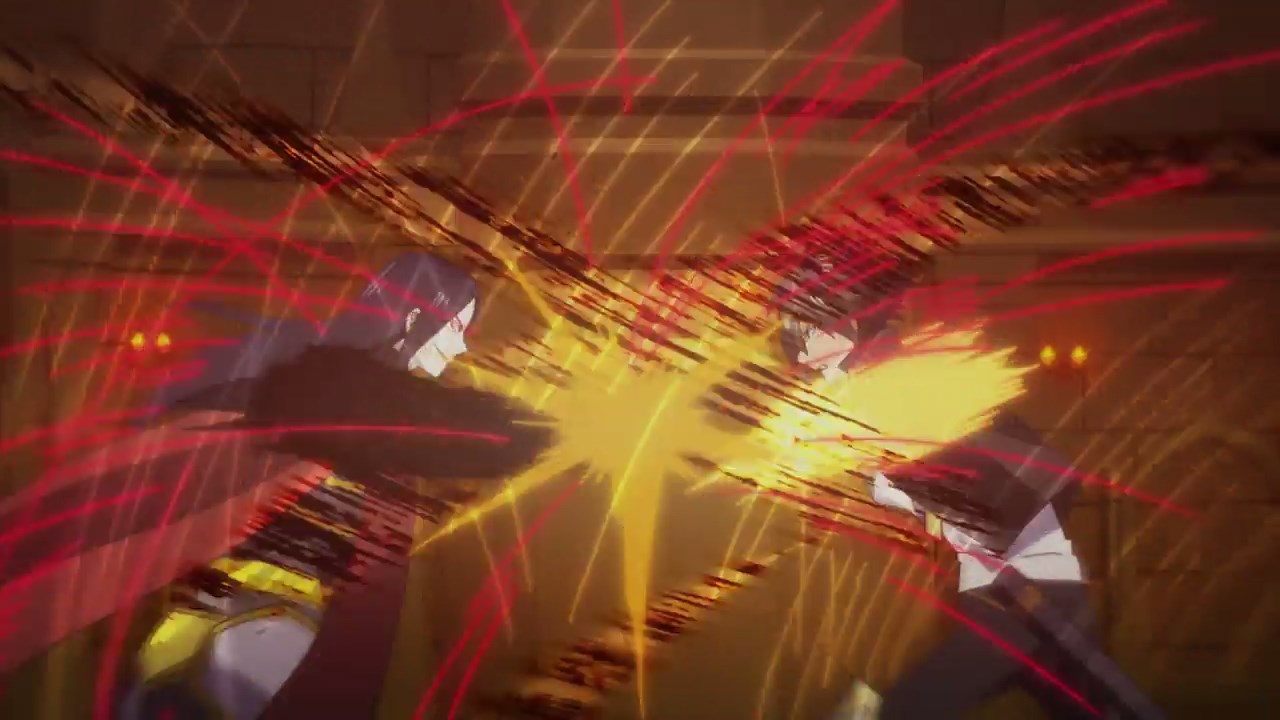 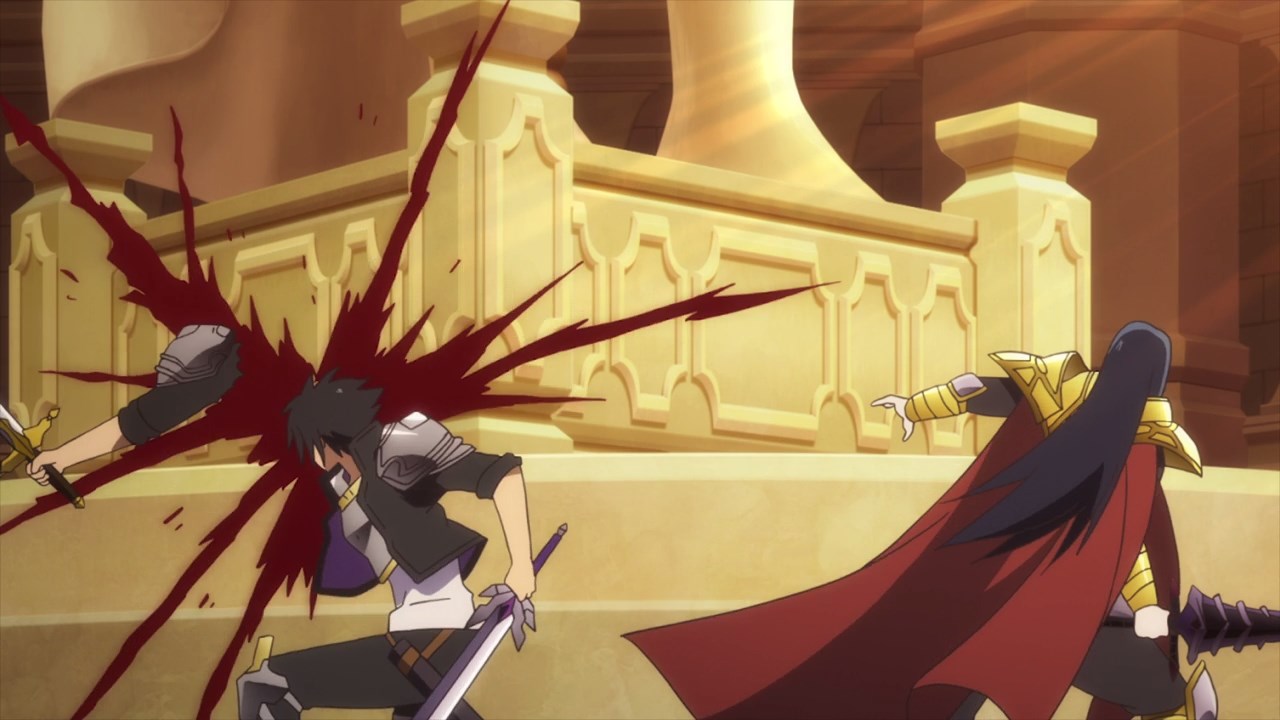 Suddenly, the Warmaster cut Seiya’s right arm which is a big blow towards the cautious hero. Without his arm, Ryuuguuin has no chance of defeating Emperor Wohlks. 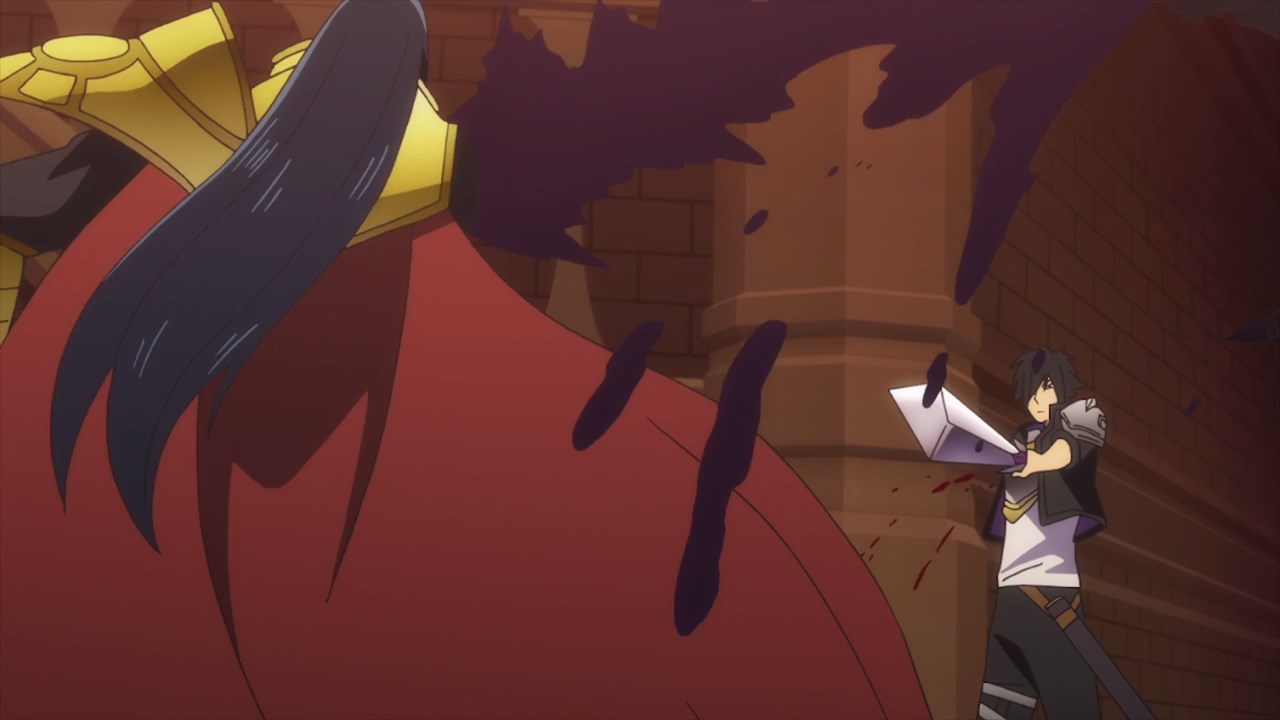 But, Seiya got the last laugh as he also cut the Warmaster’s right away, which means that they’re even now. 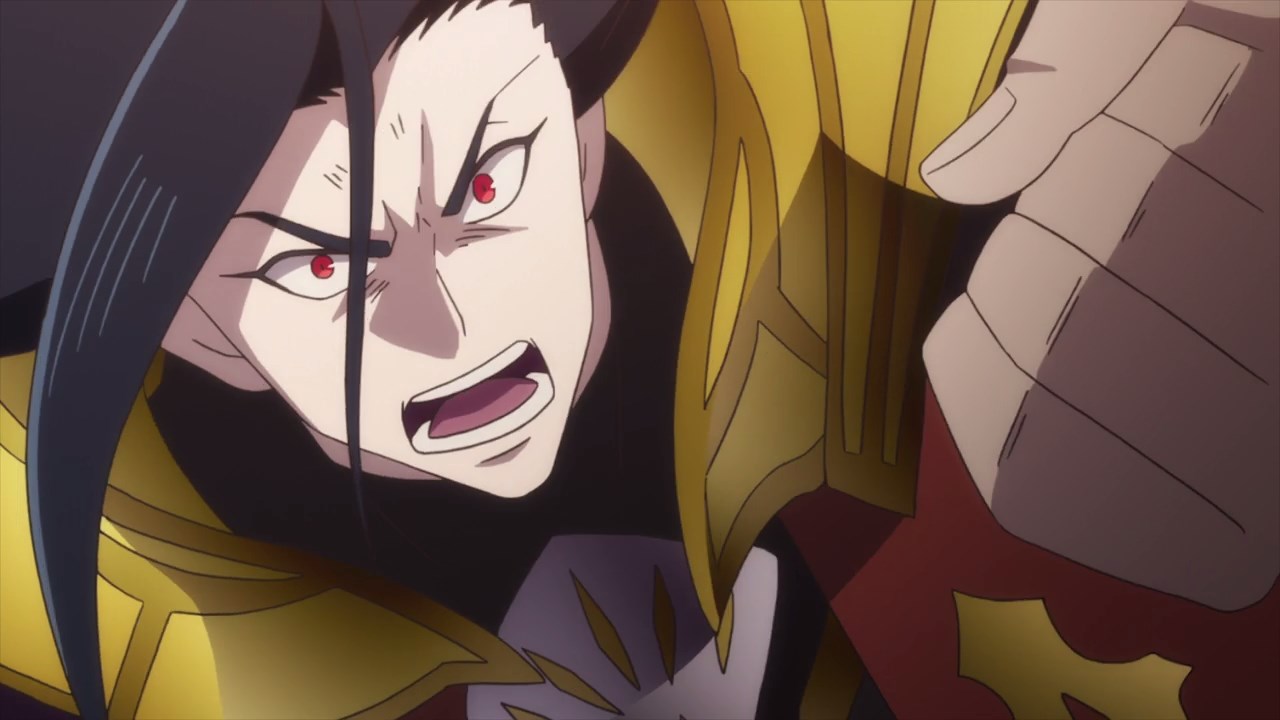 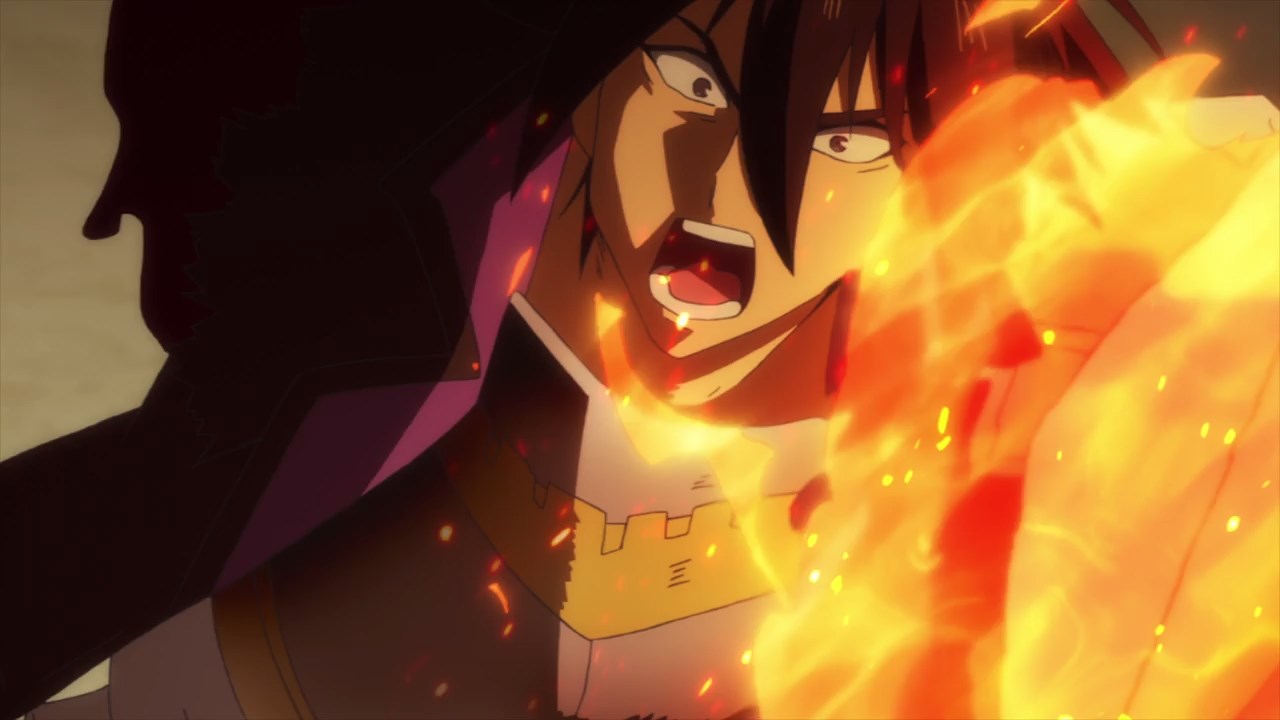 Of course, neither of them will concede defeat as Emperor Wohlks and Seiya will deliver the decisive blow, although the Warmaster would use his fist to shatter Seiya’s sword. 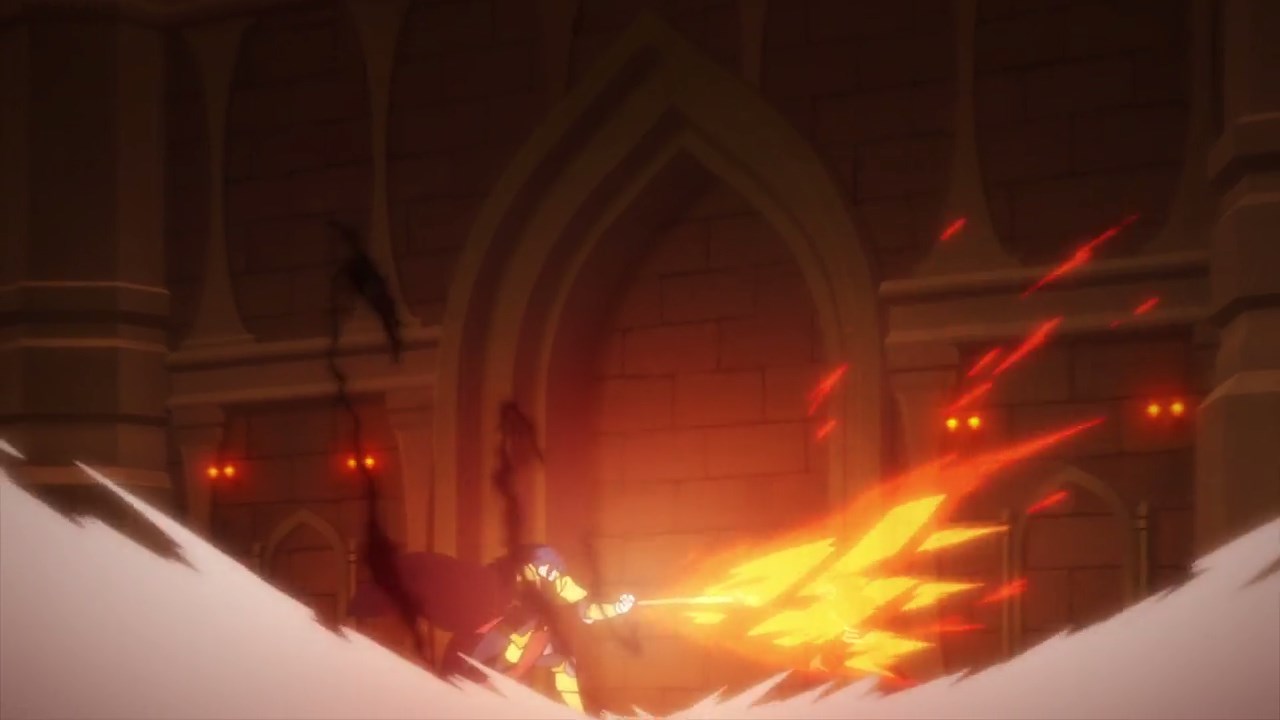 But as you can see, the sheer amount of power from these two fighters is so immense that it sent shockwaves across the entire church. 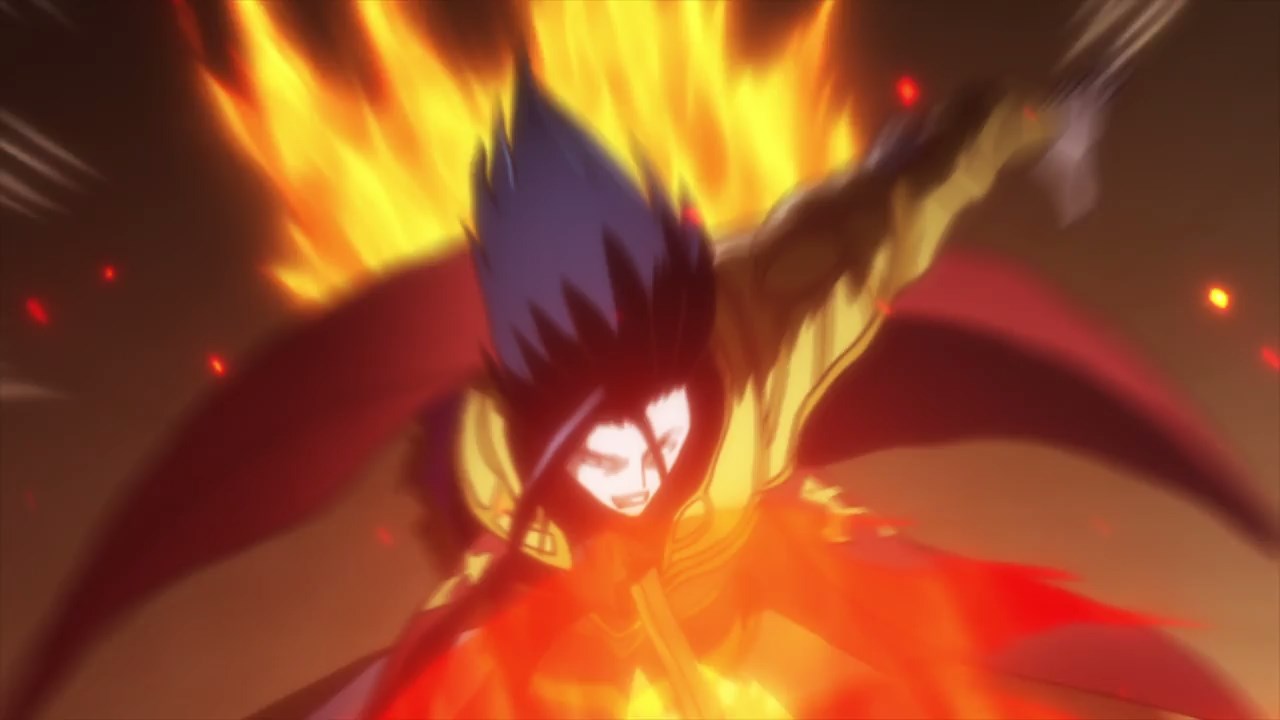 Unfortunately, one must fall from this battle as Emperor Wohlks Roseguard got stabbed by Seiya Ryuuguuin. Looks like his Warlock Punch didn’t shatter Seiya’s Adamantitor. 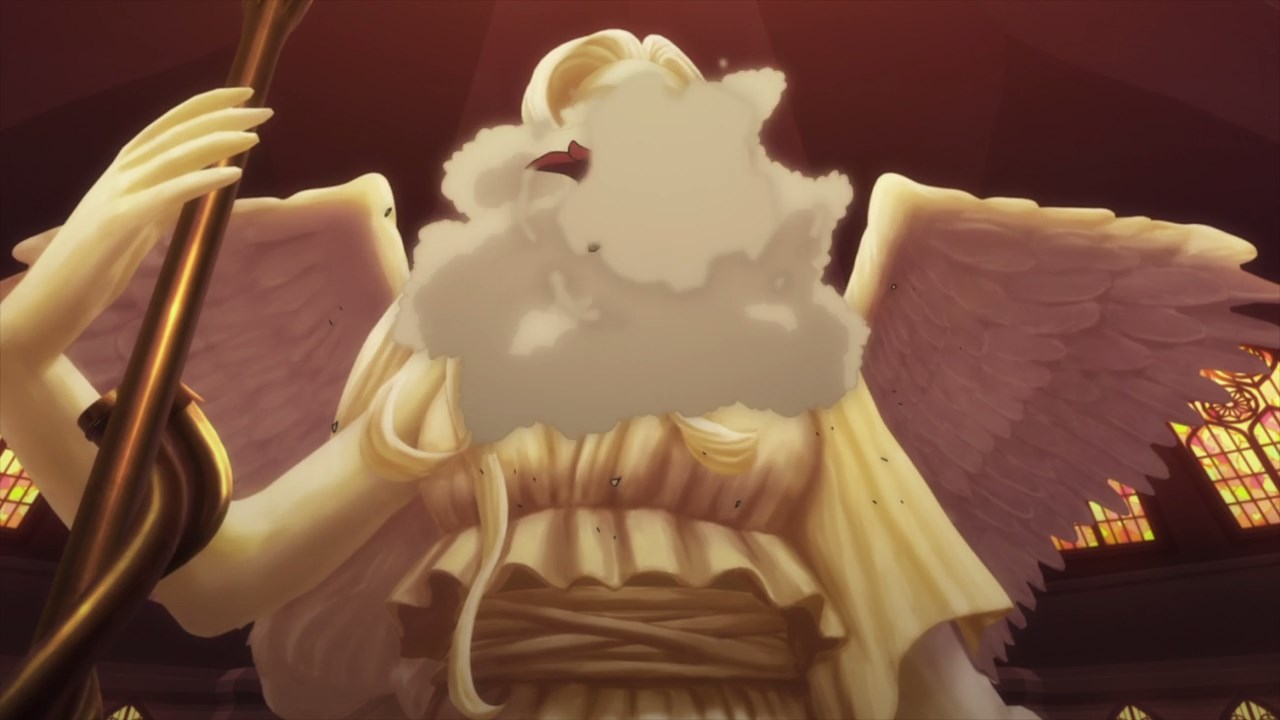 Not only that but Ryuuguuin send the Warmaster flying towards the goddess statue. And so, the battle is over! 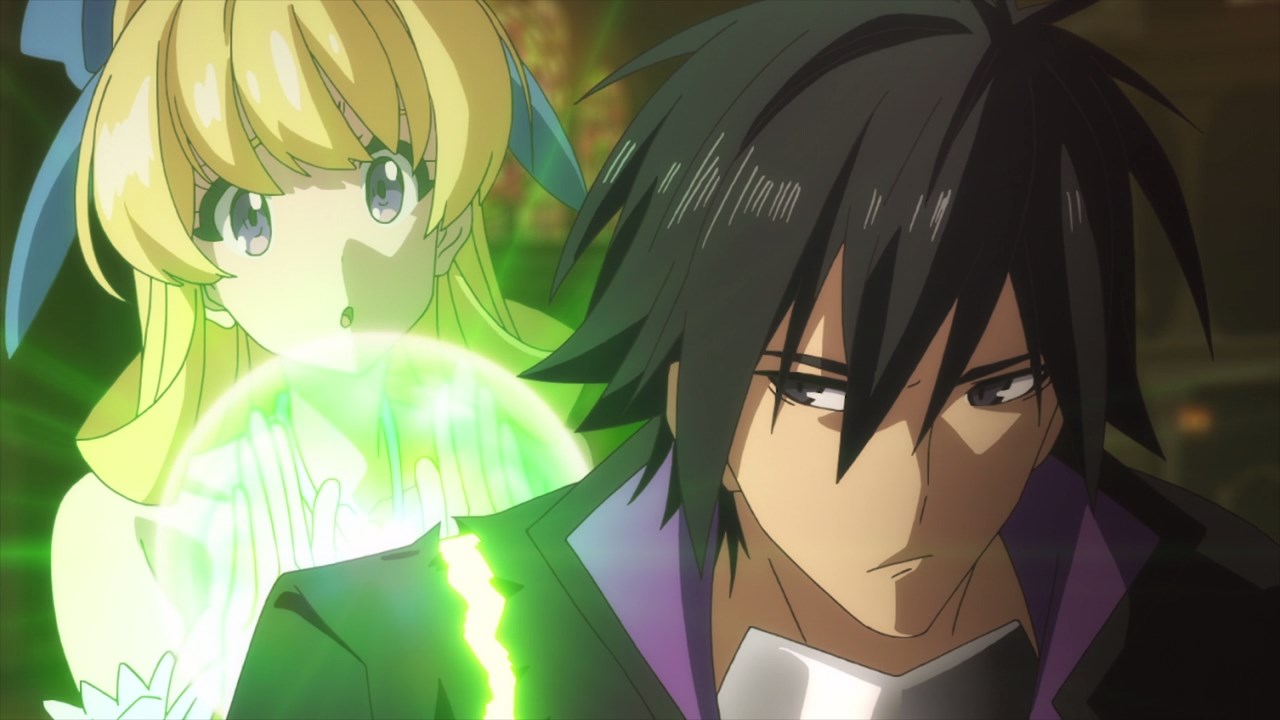 Now then, it’s time for Seiya to re-attach his right arm via Ristarte’s healing magic. Um Seiya, are you suppose to use your Greater Medicinal Herbs to heal yourself? 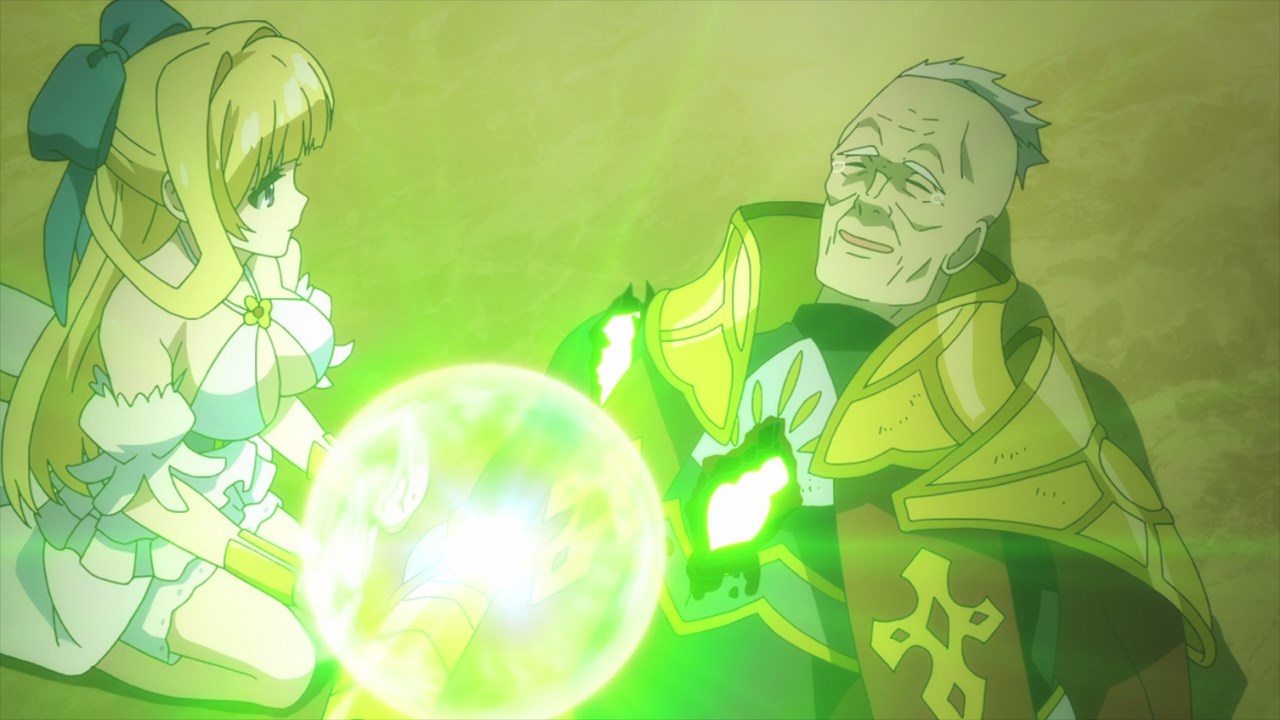 On the other hand, Seiya Ryuuguuin told Ristarte to heal Emperor Wohlks Roseguard because even though he did bad things like attempting to kill a goddess, Seiya doesn’t want the Warmaster to meet its horrible end such as losing an arm. 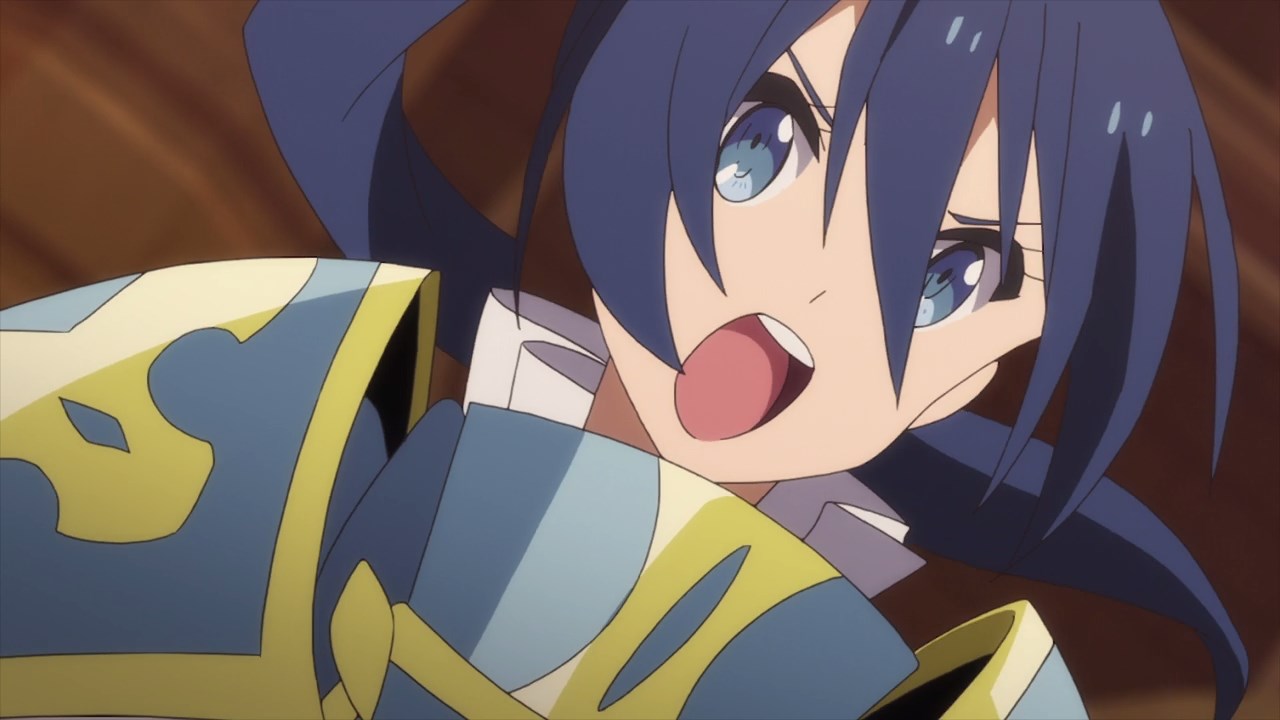 Of course, Rosalie disowns her father for selling his soul to the Demon Lord. Um Rosalie, you shouldn’t do that at all! 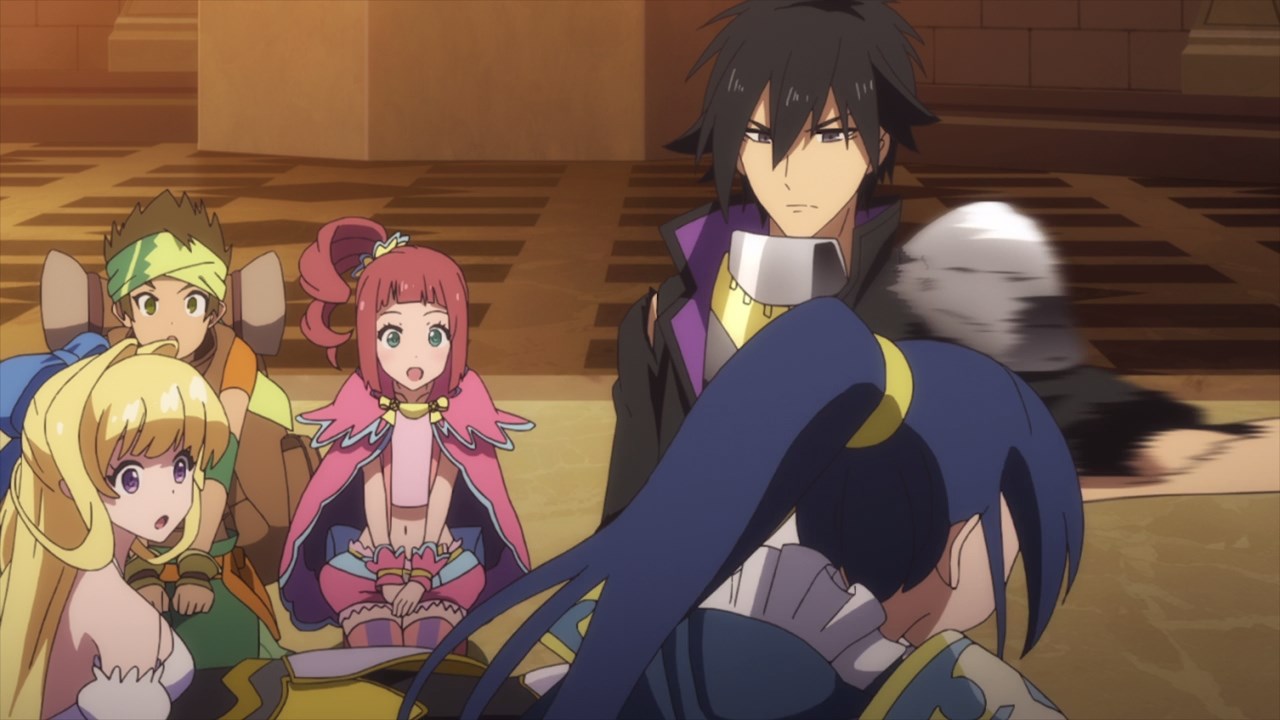 Hell, even Seiya won’t accept it of having Rosalie saying mean things to Emperor Wohlks. So, Seiya slapped Rosalie many times until she get a hold of herself.

Gotta say that Seiya delivered a nasty one towards Rosalie that her cheeks might get puffy again! 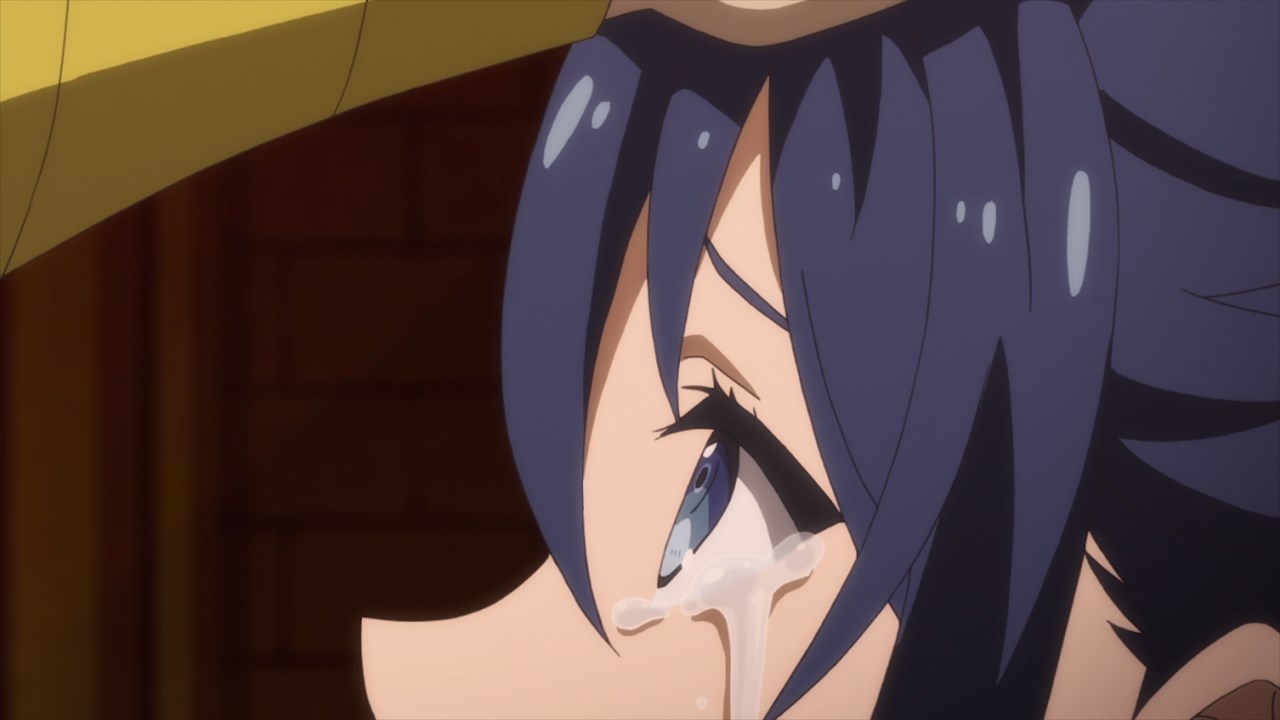 But anyways, looks like Emperor Wohlks Roseguard wants to pat Rosalie for one last time as he still loves his daughter. 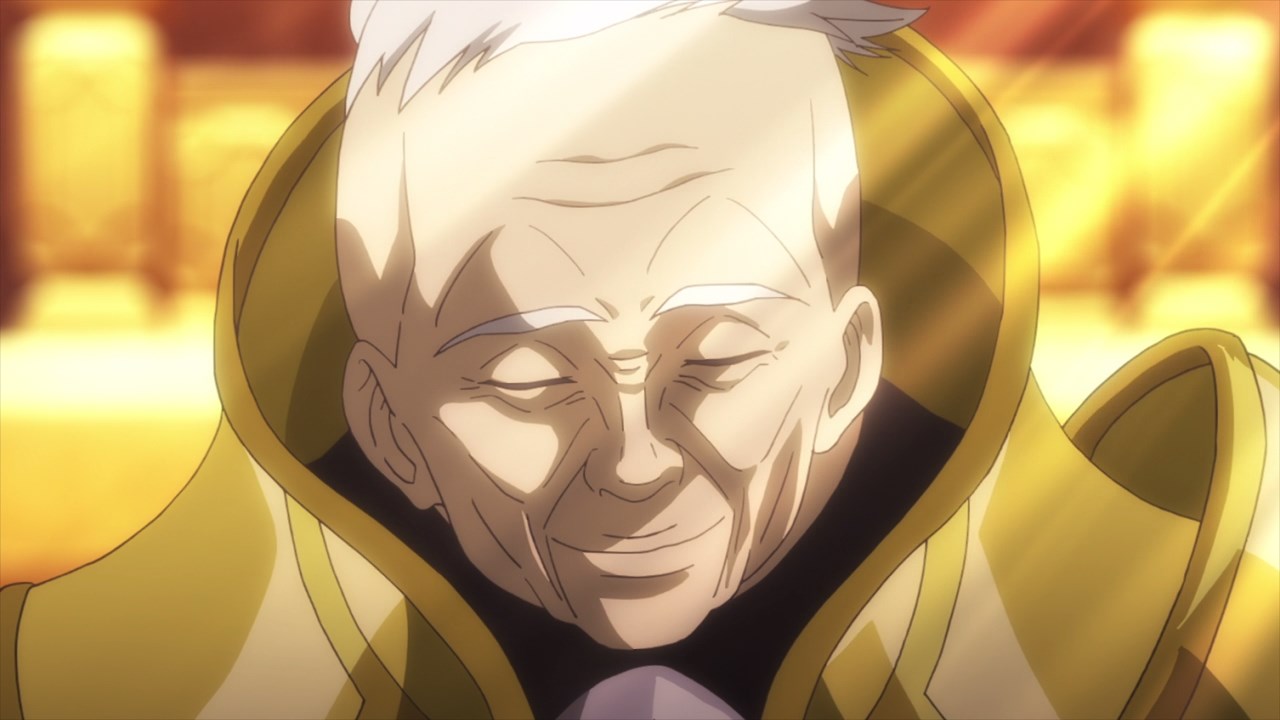 And so, the Warmaster has died peacefully and despite doing bad things to both Ristarte and Seiya Ryuuguuin, he’s still revered by everyone within the empire. 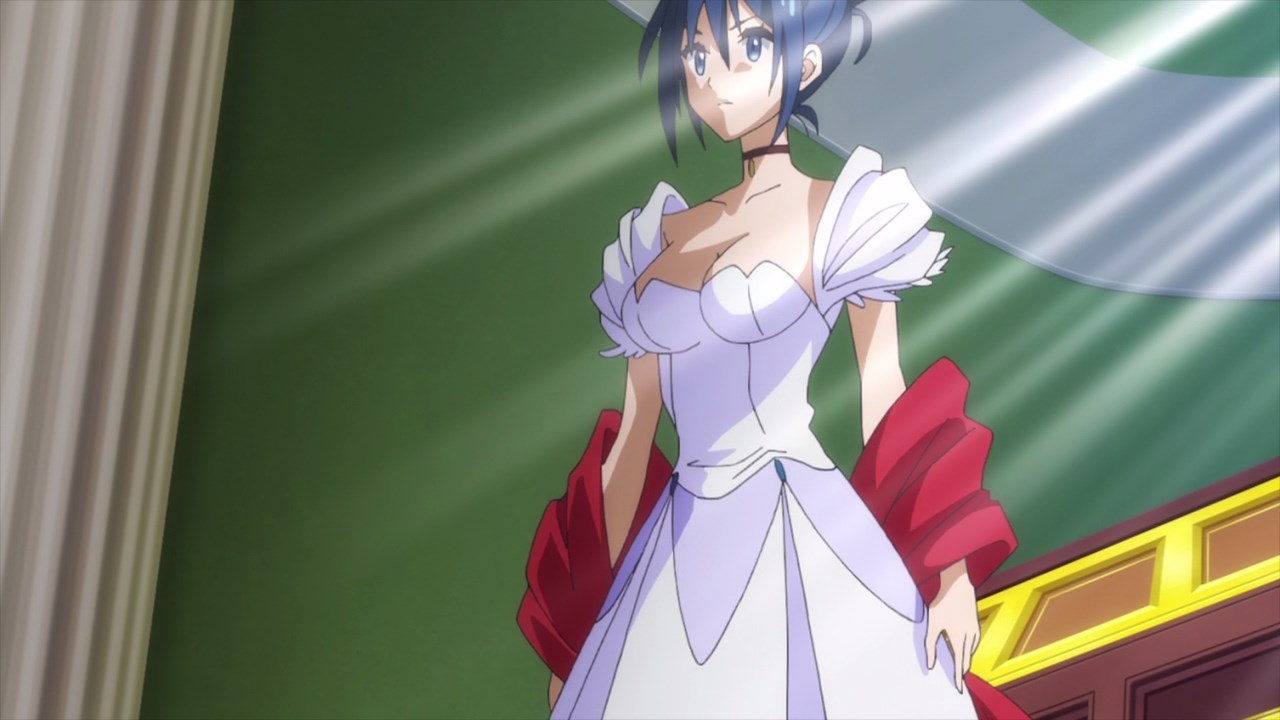 Now, the Roseguard Empire will be lead by the newly-crowned empress as Rosalie wants to end the war against the Demon Lord and his army.

Let’s hope that she won’t foolishly send her troops to the death as Seiya will take care of slaying the Demon Lord. 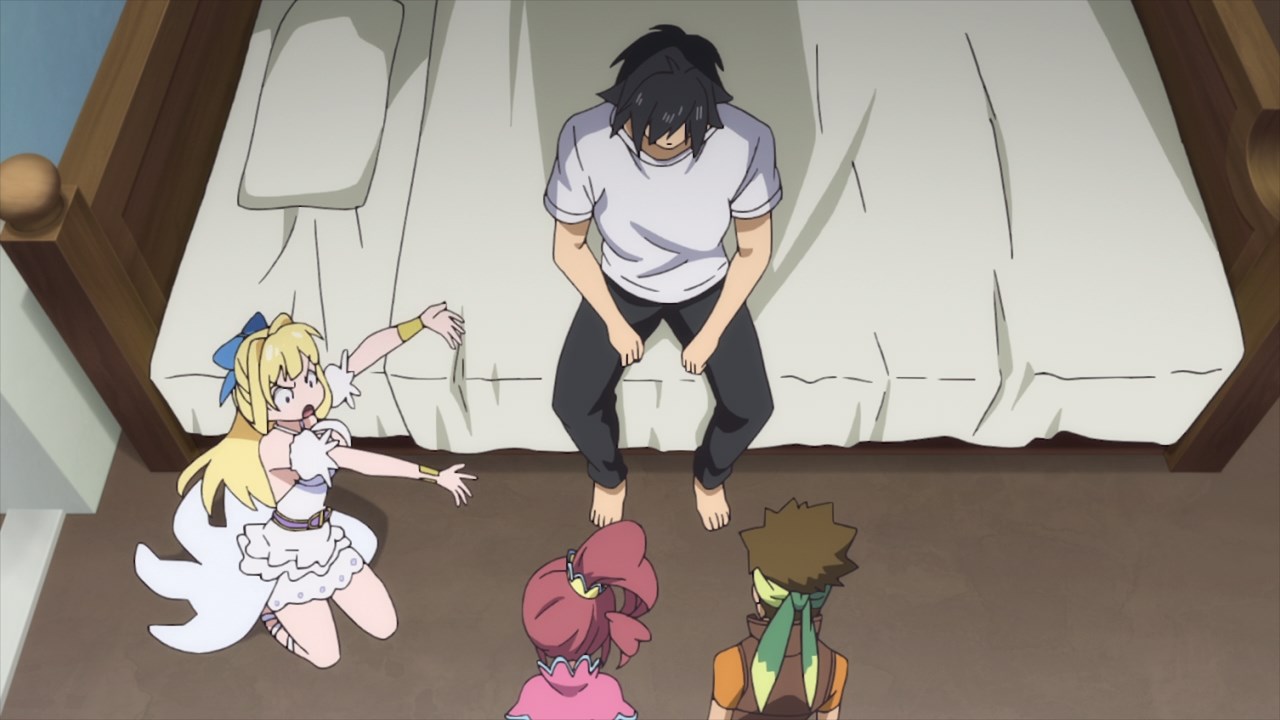 As for Seiya Ryuuguuin, he’ll be taking a long rest as Seiya will prepare for one final battle. After all, he just defeated Wohlks Roseguard on this episode.

With that said, I’ll see you next time as we’re heading towards the last two episodes of Shinchou Yuusha! Let’s hope that White Fox would finish the remaining episodes…