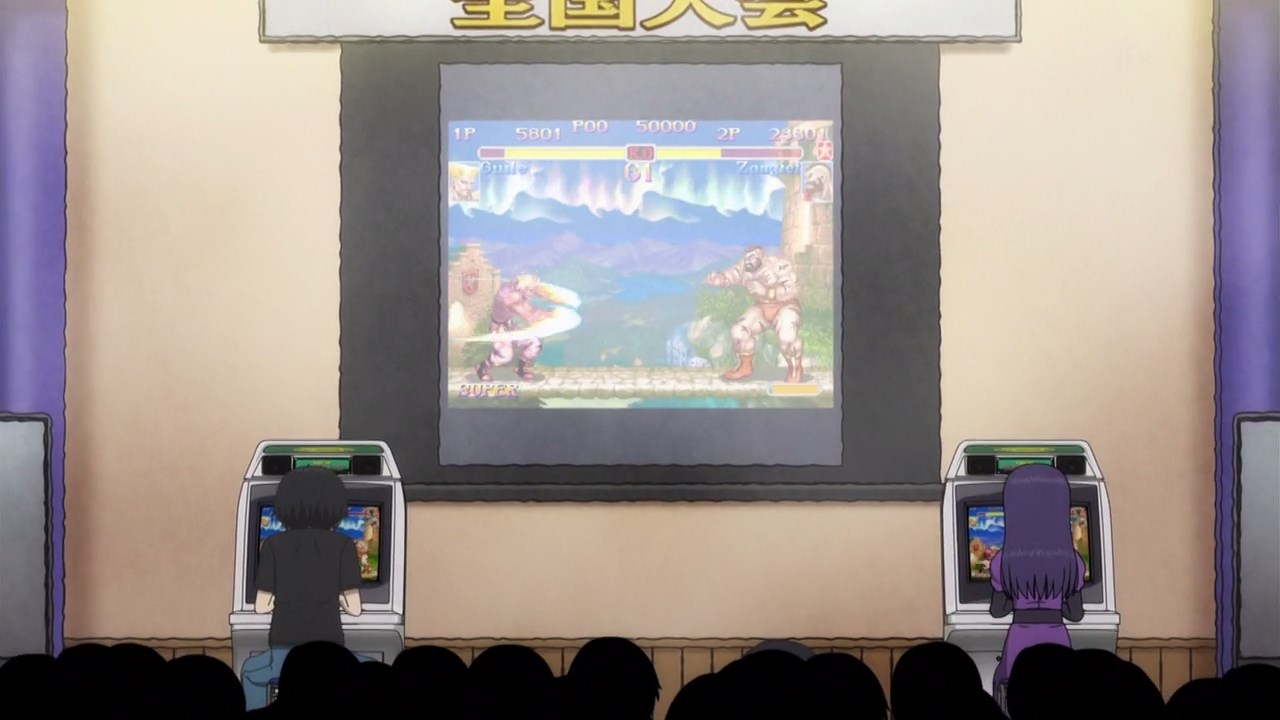 Well everyone, it’s time for the final episode of High Score Girl where we have this intense semi-final match between Haruo Yaguchi and Akira Ono.

Whoever wins this match will move onto the finals, but these two are treating it as a championship match. So far, Akira scored the first round. 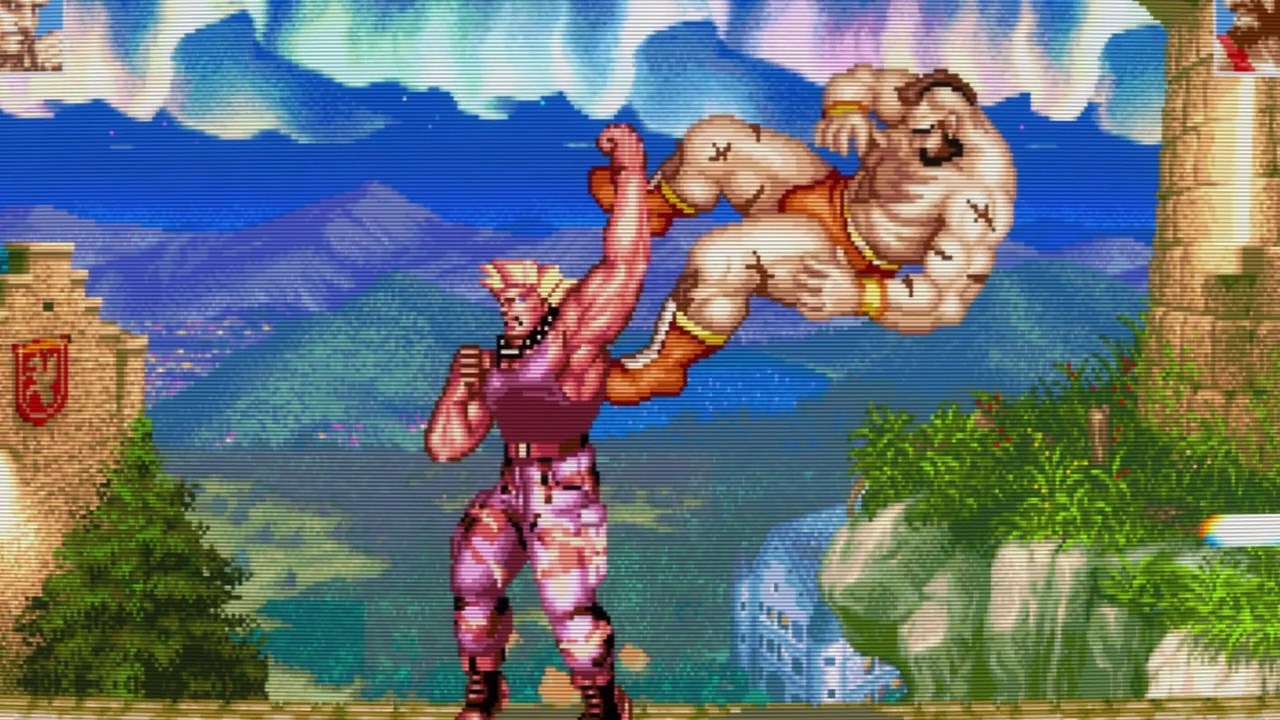 But by the second round, Haruo scored one after landing Guile’s standing uppercut towards Akira’s Zangief. For the spectators, it was a heart-stopping 2nd round that almost got him eliminated if it wasn’t for Haruo’s turtling tactics. 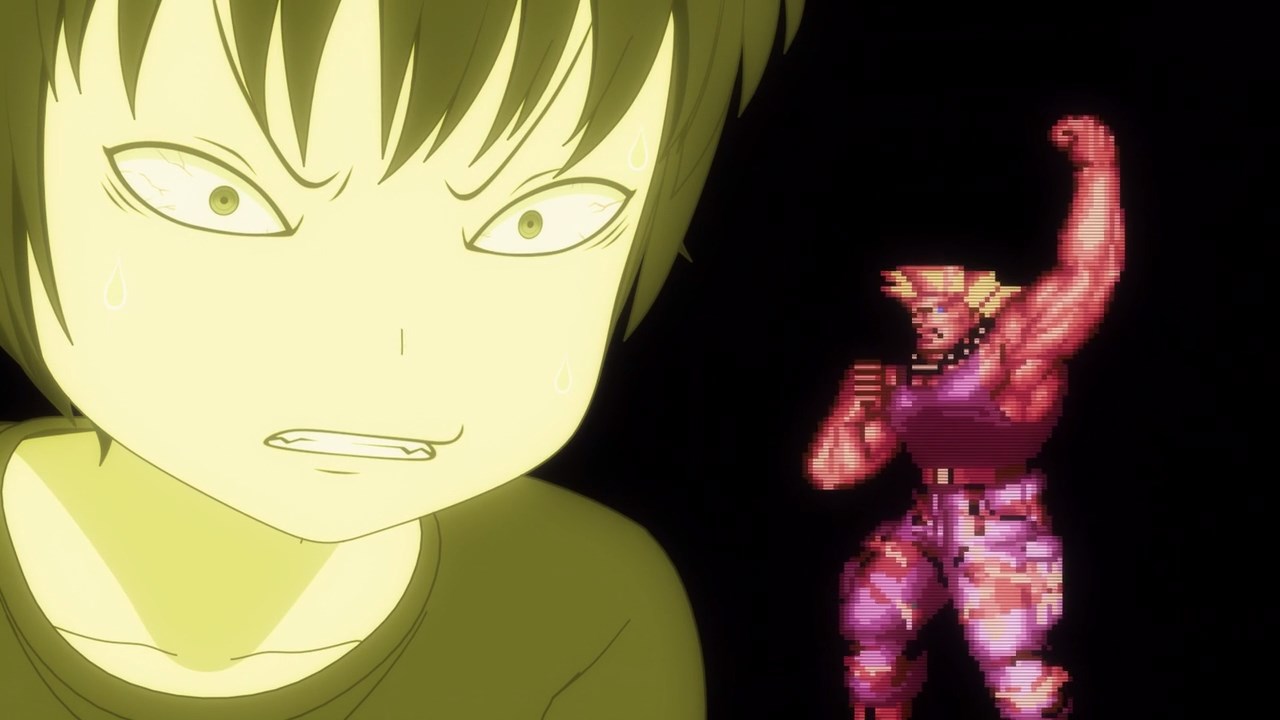 But for Haruo Yaguchi, it was a big win that saved his life as Guile’s standing uppercut symbolizes his victory pose. But will Haruo carry the momentum on the 3rd round? 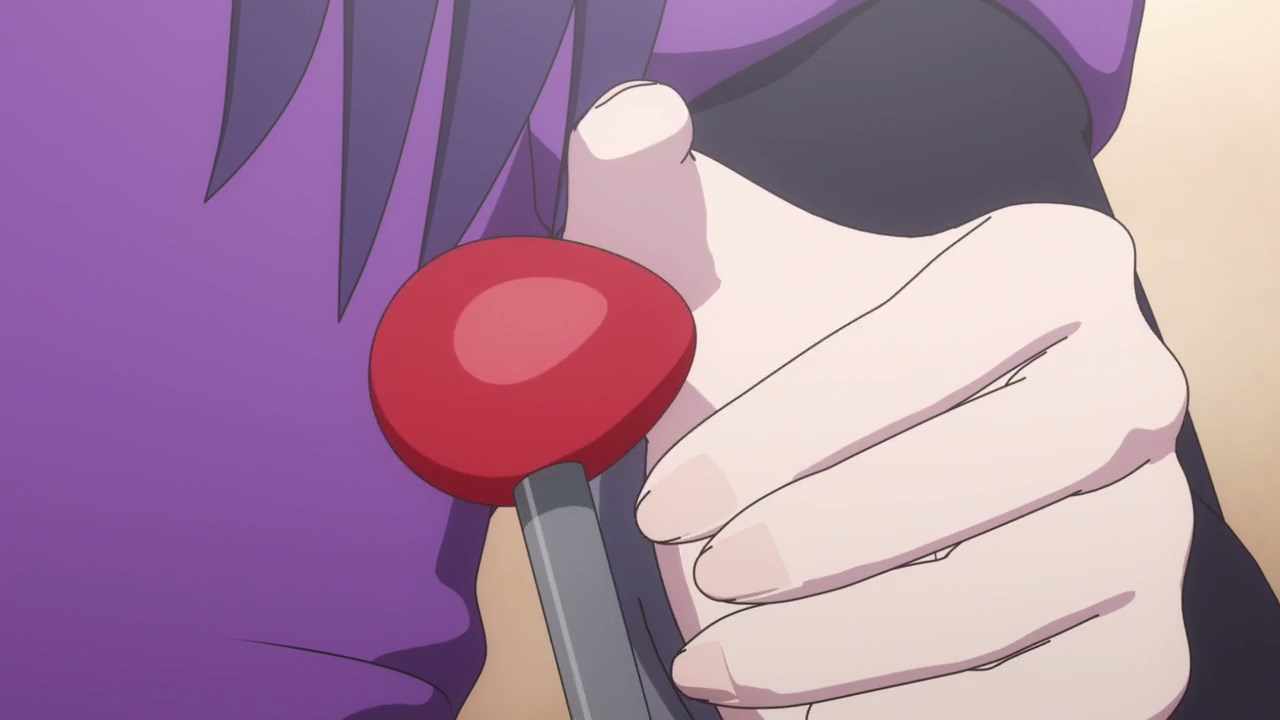 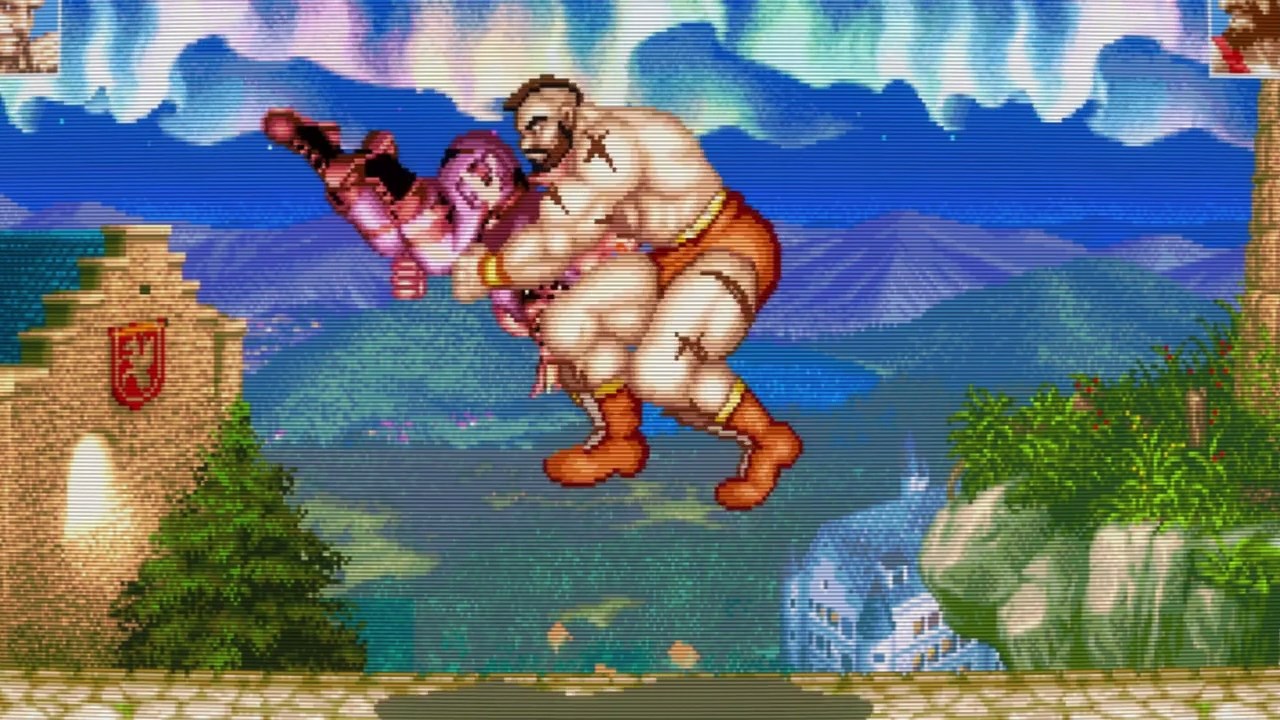 Unfortunately for Haruo, his comeback came to a sudden stop when Akira Ono delivered a timely screw piledriver to end the final round. And she did it a flick of her finger to perform a full circle motion. 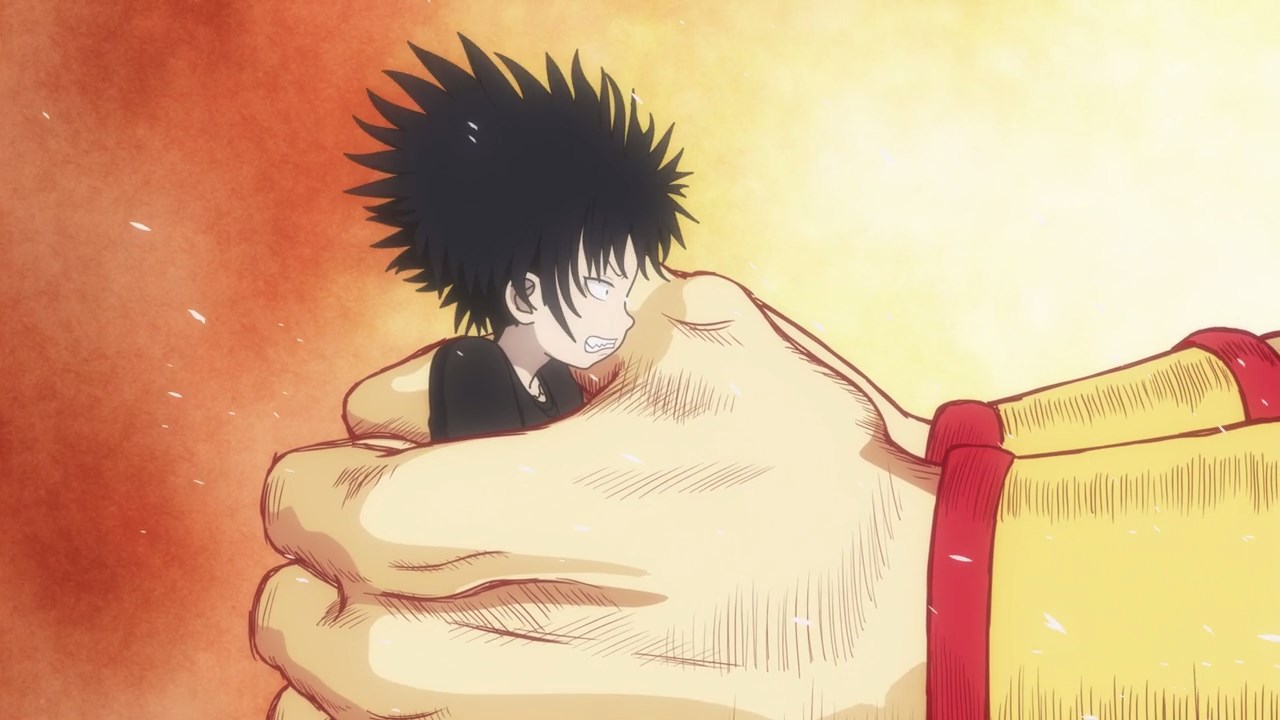 And as you can see, Haruo can feel Zangief’s arms crushing his entire body. You know, Haruo won’t survive if he got slammed to the ground via a piledriver. 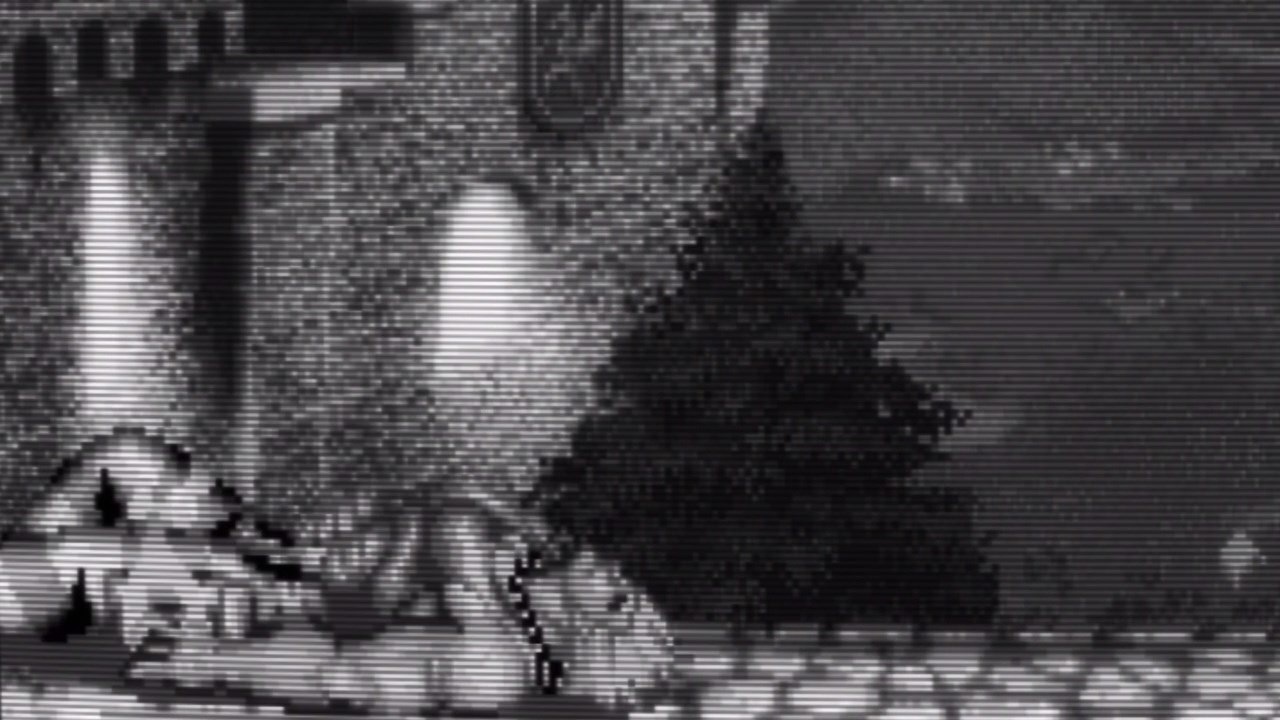 With that said, the semi-final match is finally over as Akira Ono emerges as the winner. 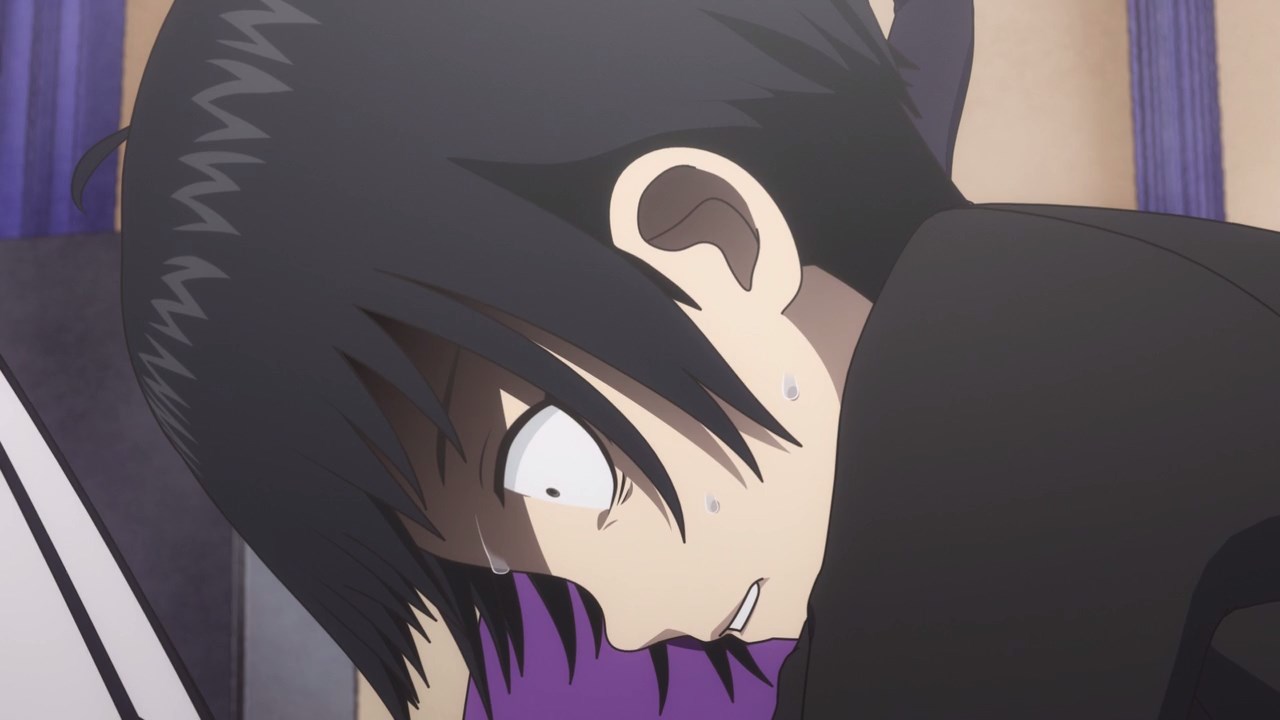 For Haruo Yaguchi, it was a devastating loss that he won’t forget as Haruo almost had the upper hand, but Akira baited him with Zangief’s drop kick that didn’t connect in order to punish Guile’s standing uppercut. 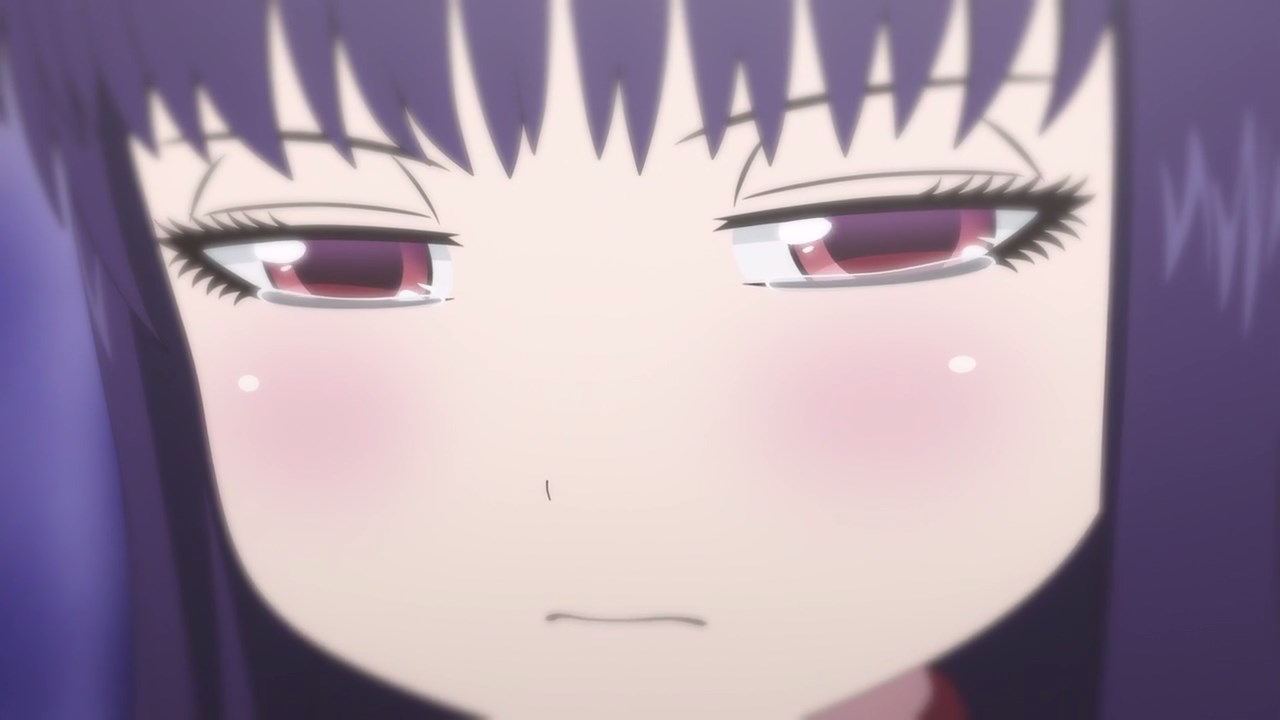 For Akira Ono, she felt sad that her time with Haruo Yaguchi is finally over despite winning her semi-final match.

Because of that, Akira has no motivation to continue on as she lost in the finals. I guess winning a trophy and a bath set is not worth it as Akira only wants a lasting memory with Haruo before going to the United States. 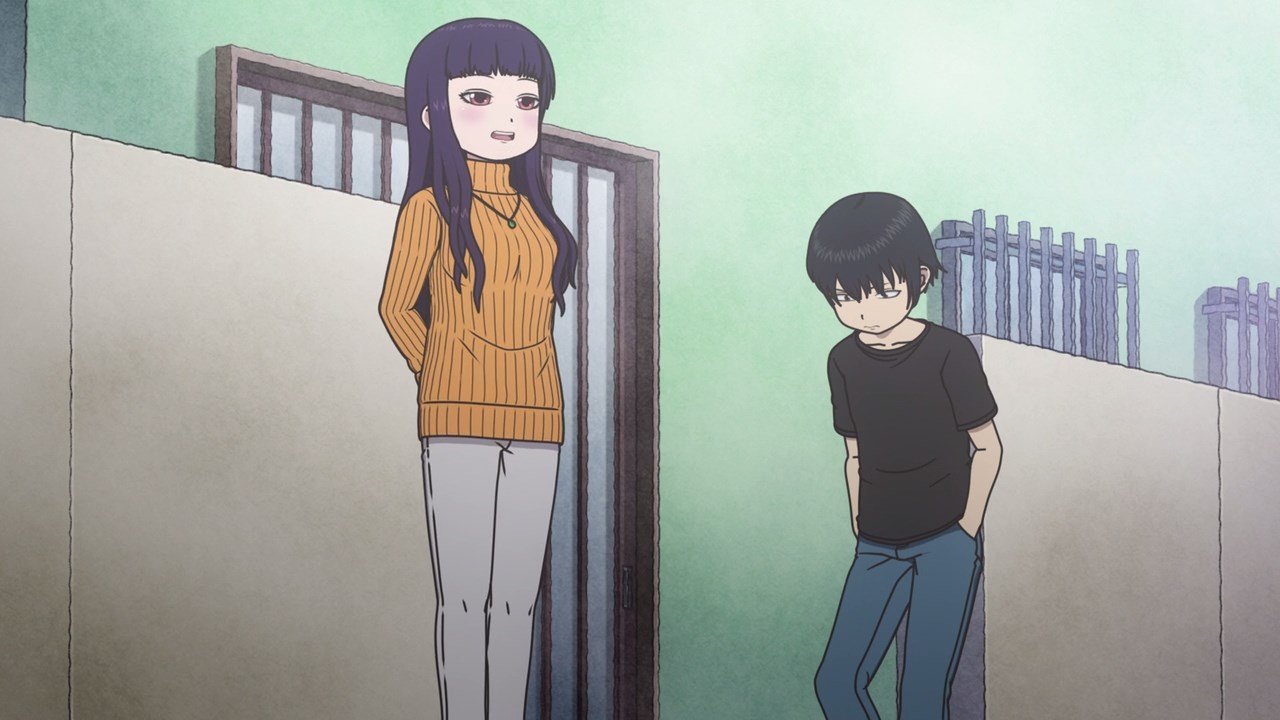 Anyways, it’s July 1996 and Akira Ono will head to America because her parents said so. Dammit, where are her parents anyway? I need to give them a word of their selfish decisions that might hurt Akira in the long run!

Meanwhile, here’s Makoto Ono where she told Haruo to come to the airport on the day of her sister’s departure, although Haruo is kinda hesitant right now because of that humiliating loss in Osaka. 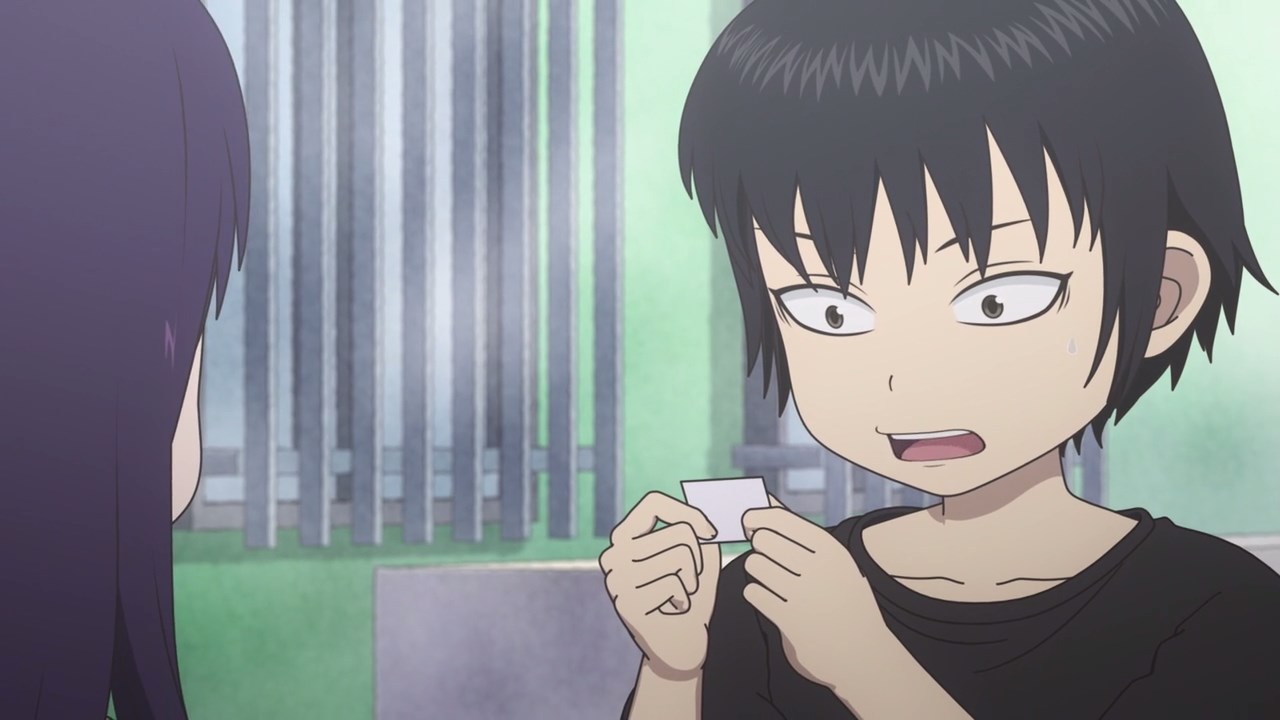 Also, Makoto handed out a small envelope to Haruo which she told him that it came from Akira. I wonder if she give something that would remember her? 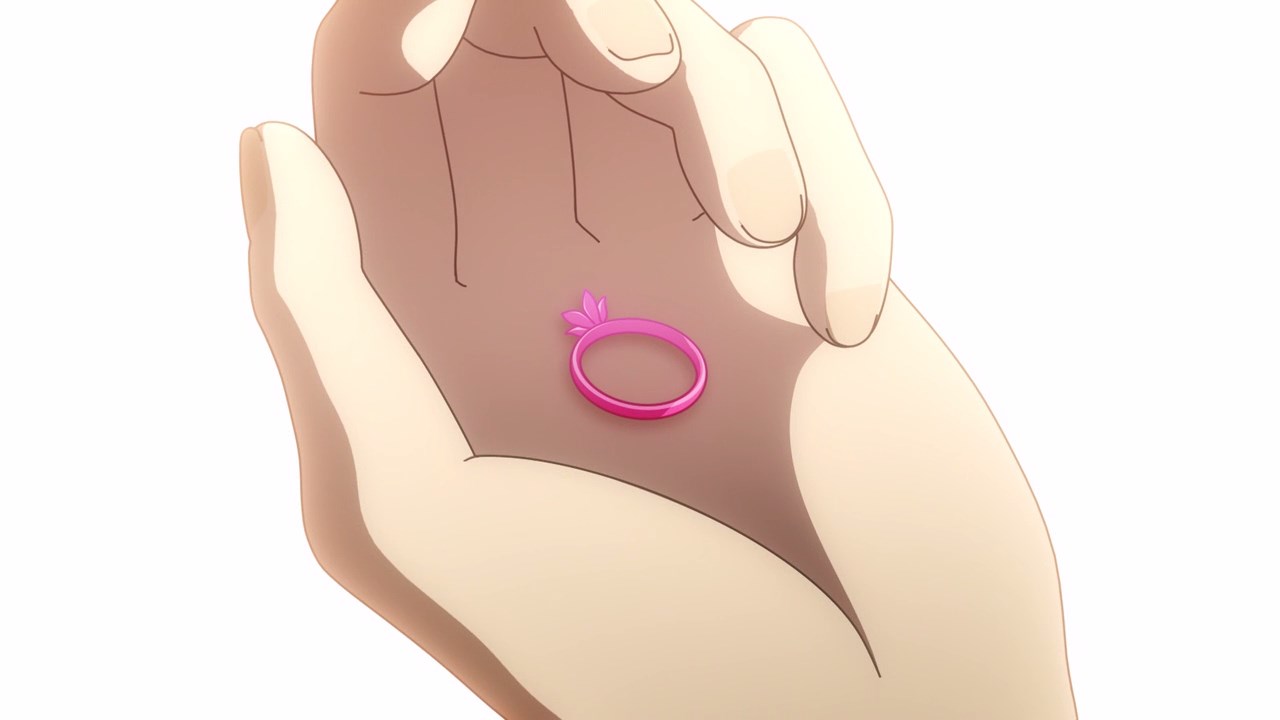 Oh, shit. Don’t tell me that Akira wants to sever her ties with Haruo by giving up her toy ring? Why Akira Ono, why!? 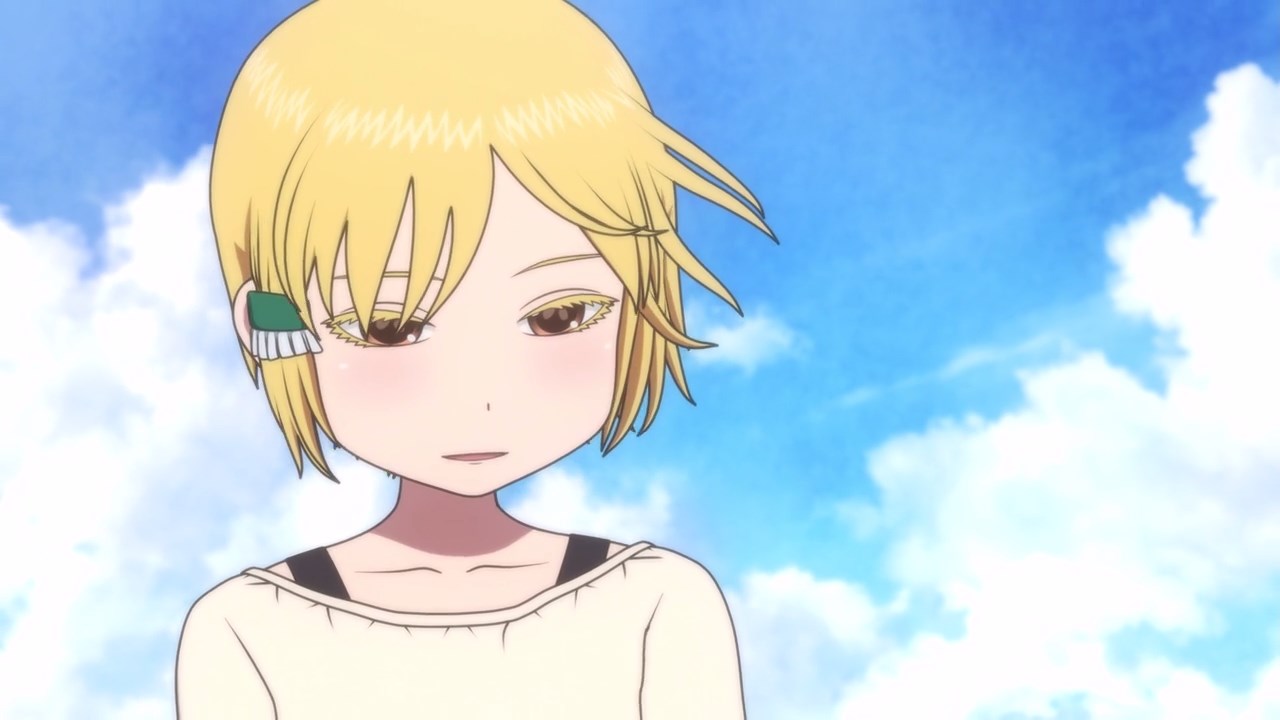 One last thing, here’s Koharu Hidaka where she got a new haircut. I guess she wanted to have a change of pace after losing to Akira Ono.

By the way, she’s the one who trained Akira before the national tournament, although Koharu-chan was saddened that not only Akira lost the finals but she’s going overseas again. 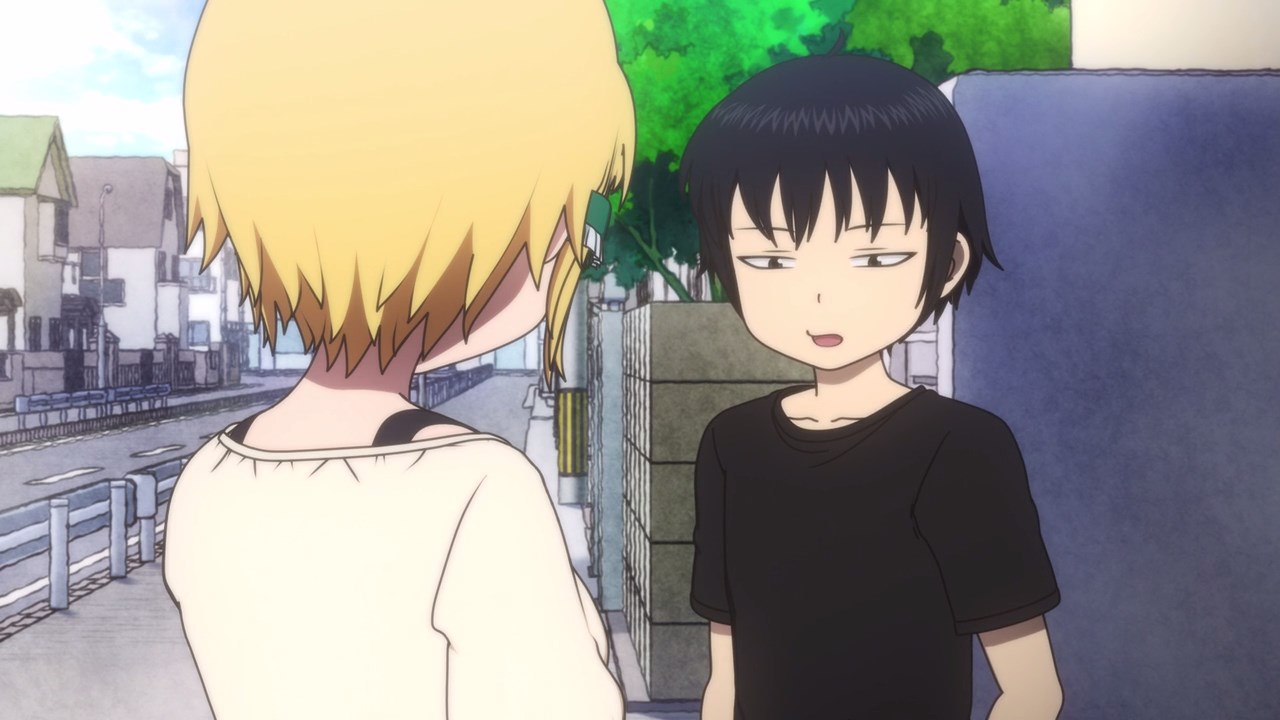 Anyways, Koharu Hidaka told Haruo to see Akira at the airport for one last time because she knows that deep down in his heart, Yaguchi is in love with Ono.

And while Haruo knows that he has feelings for Akira, it seems that he has no motivation to see her since she severed her ties with him. Um Haruo, I don’t think Akira cut ties with you. 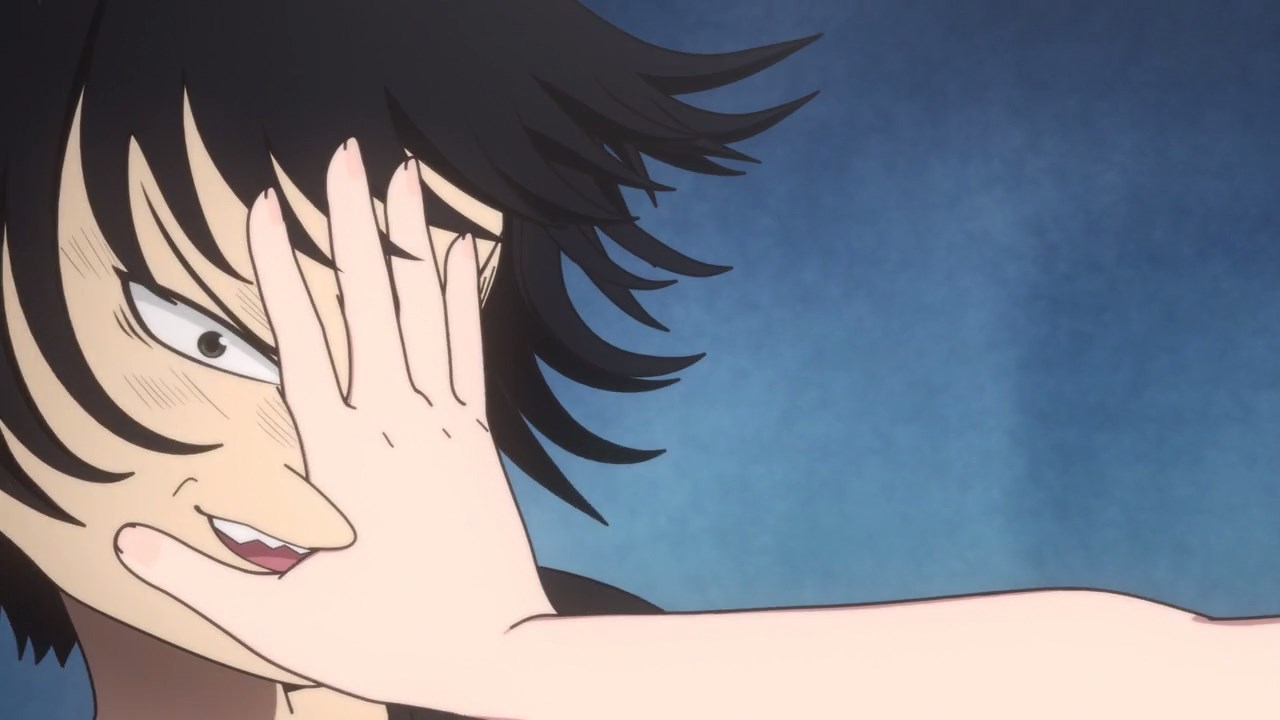 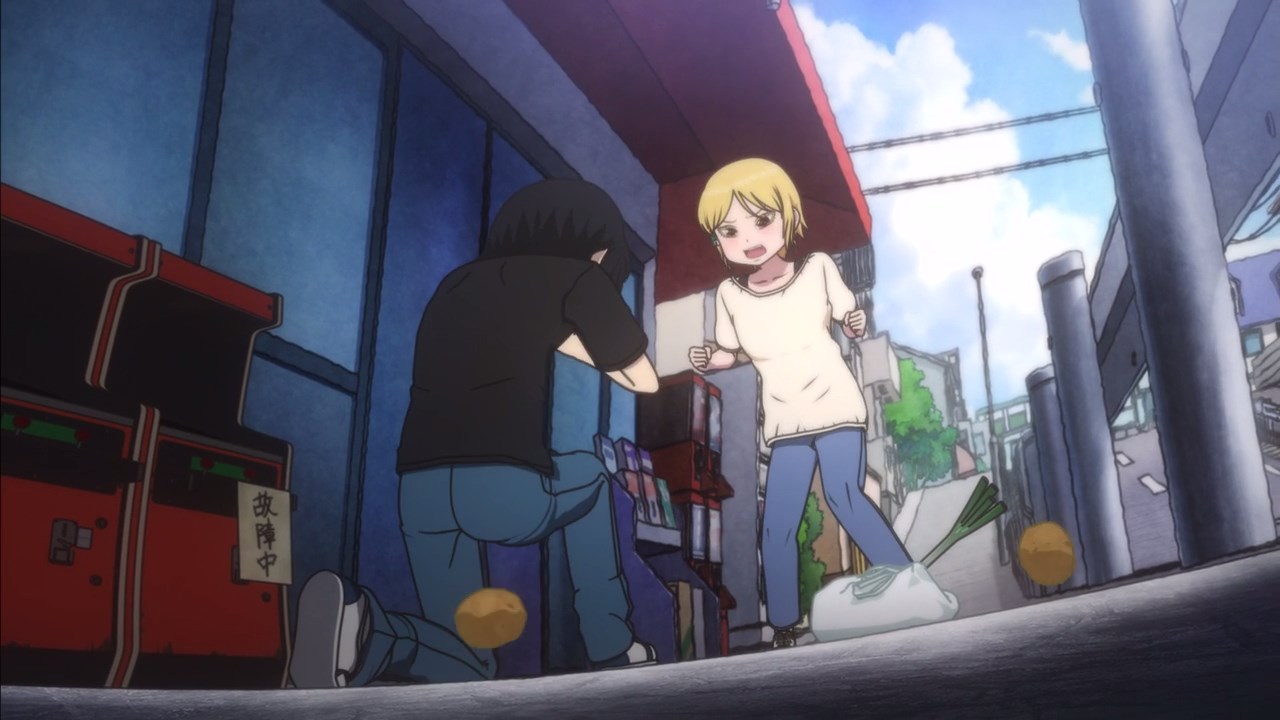 Still, what he said has made Koharu very angry as she wants him to go to the airport and see Akira whatever it takes. Of course, she’s gonna leave in the evening and Haruo won’t make it. 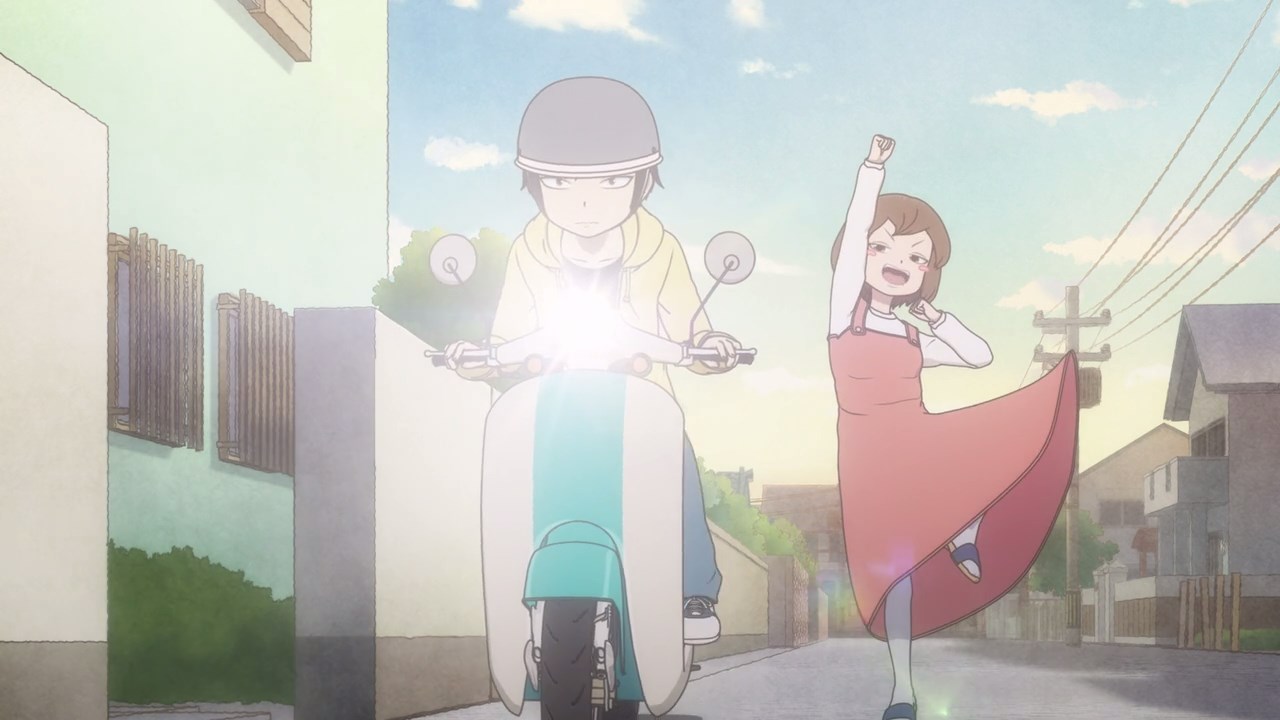 But you know what, I think Haruo should take his trusty scooted and head out there. Heck, even his mom Namie-san is very supportive to his son! 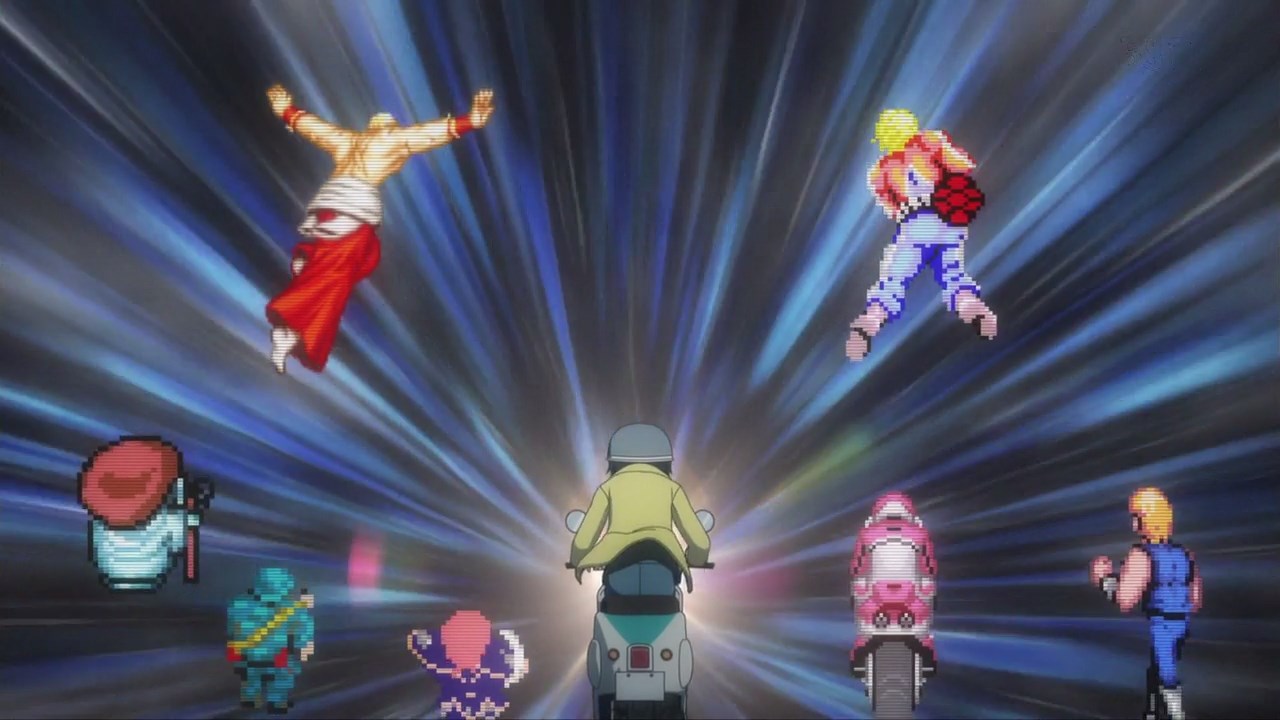 Oh and not only that, but various game characters are aiding Haruo to his destination. Let’s hope that Haruo Yaguchi won’t crash and die on his way to the airport. 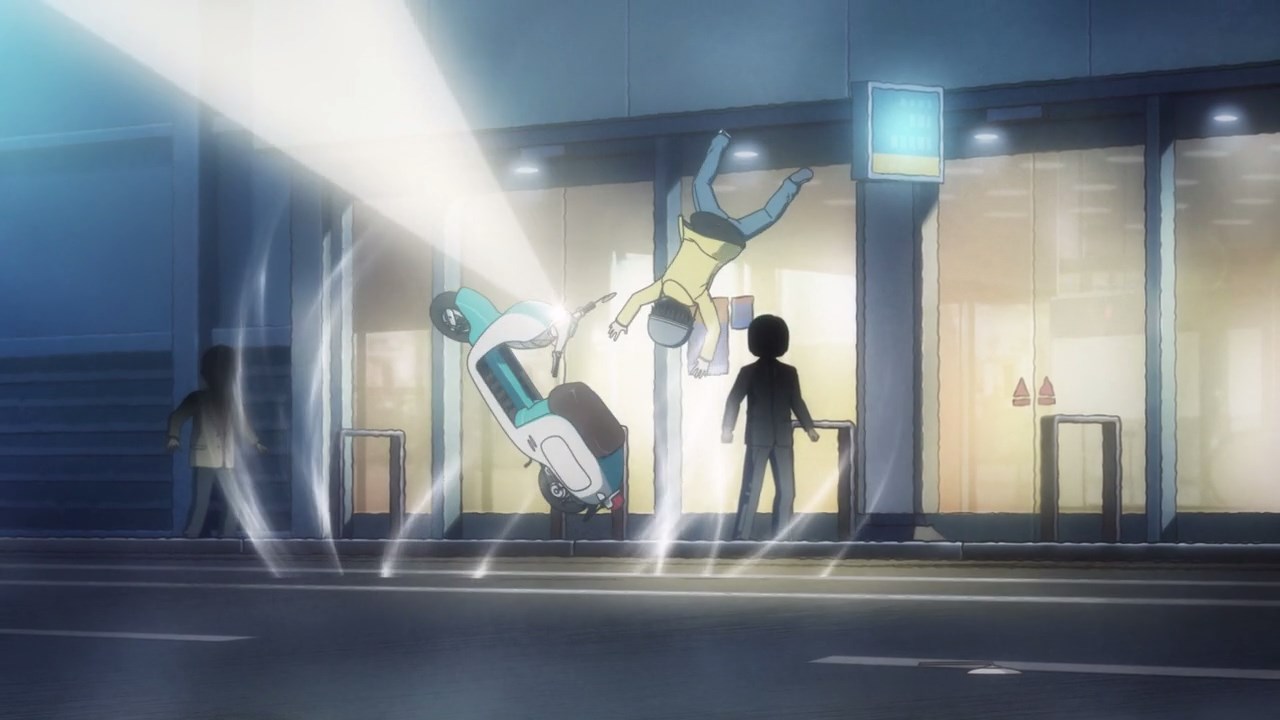 Scratch that, looks like he went down on his way, but I’m hoping that Haruo will live because he’ll have regrets in the afterlife if Haruo didn’t see Akira. 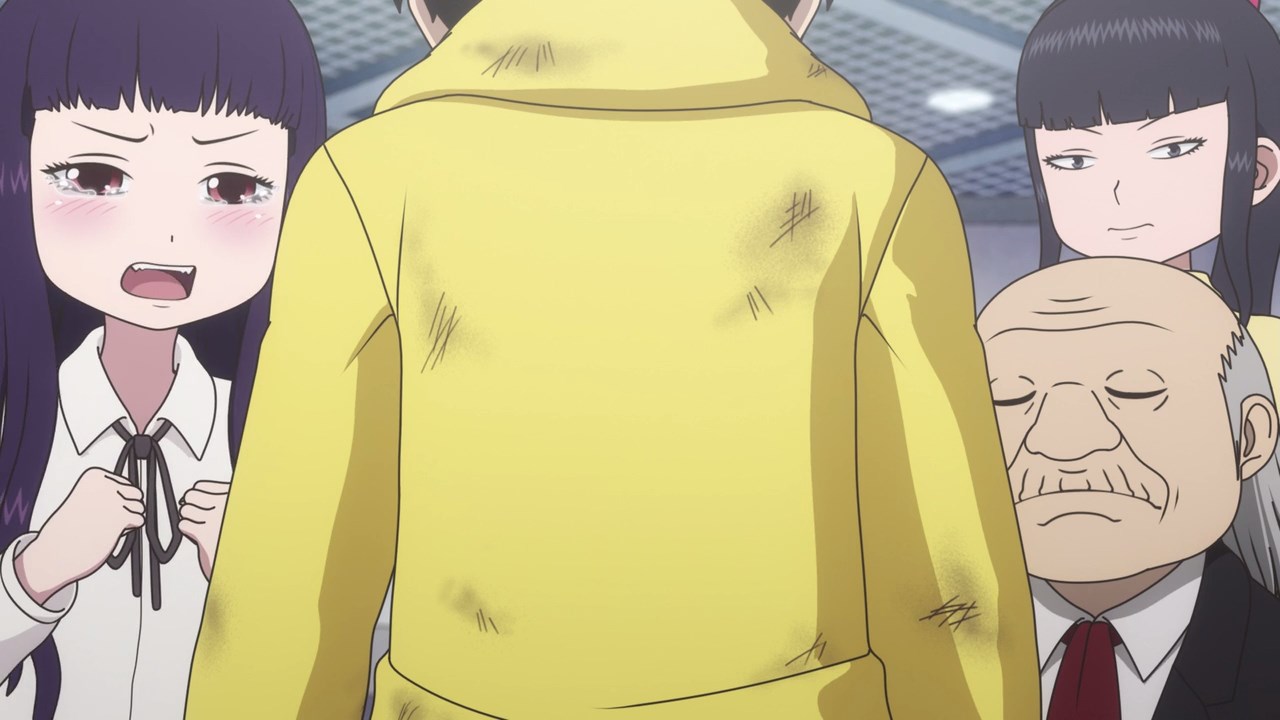 Fortunately, Haruo Yaguchi is alive but Makoto Ono told him that her little sister just left. Dammit Haruo, you should have arrived at the airport early! 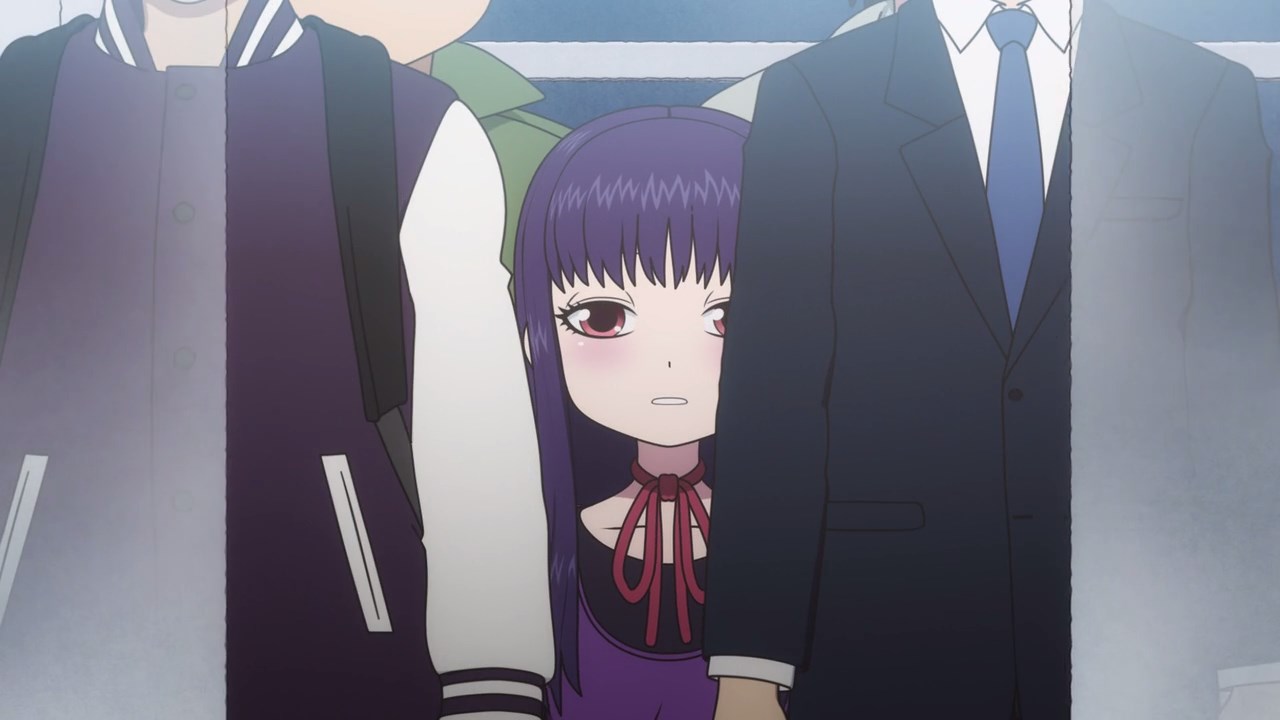 But all of the sudden, it looks like Akira Ono went back to the airport due to unexpected circumstances. Wait a minute, I feel that we have a miracle on this final episode! 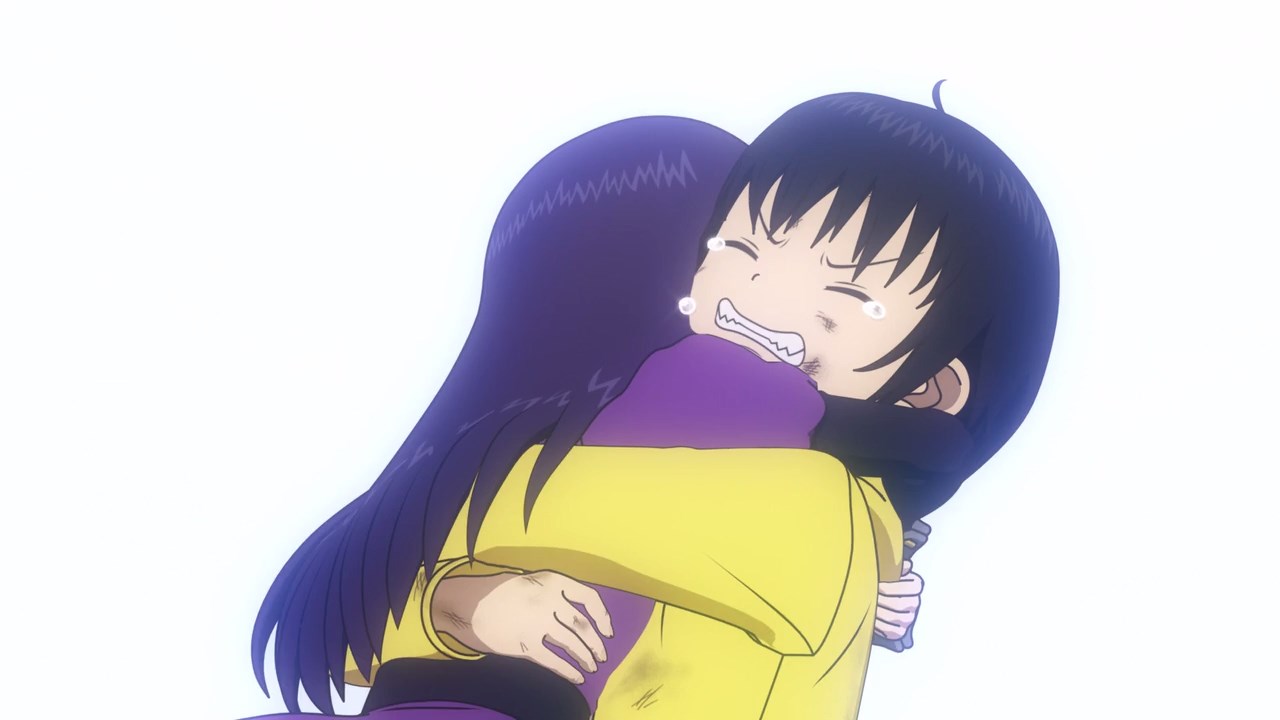 And so, Haruo Yaguchi finally embraced Akira Ono as Haruo promised that he’ll find and marry her no matter what, even as far as getting a passport in the future.

Of course, that depends on whether Akira’s parents would accept Haruo as a suitable husband to their daughter. 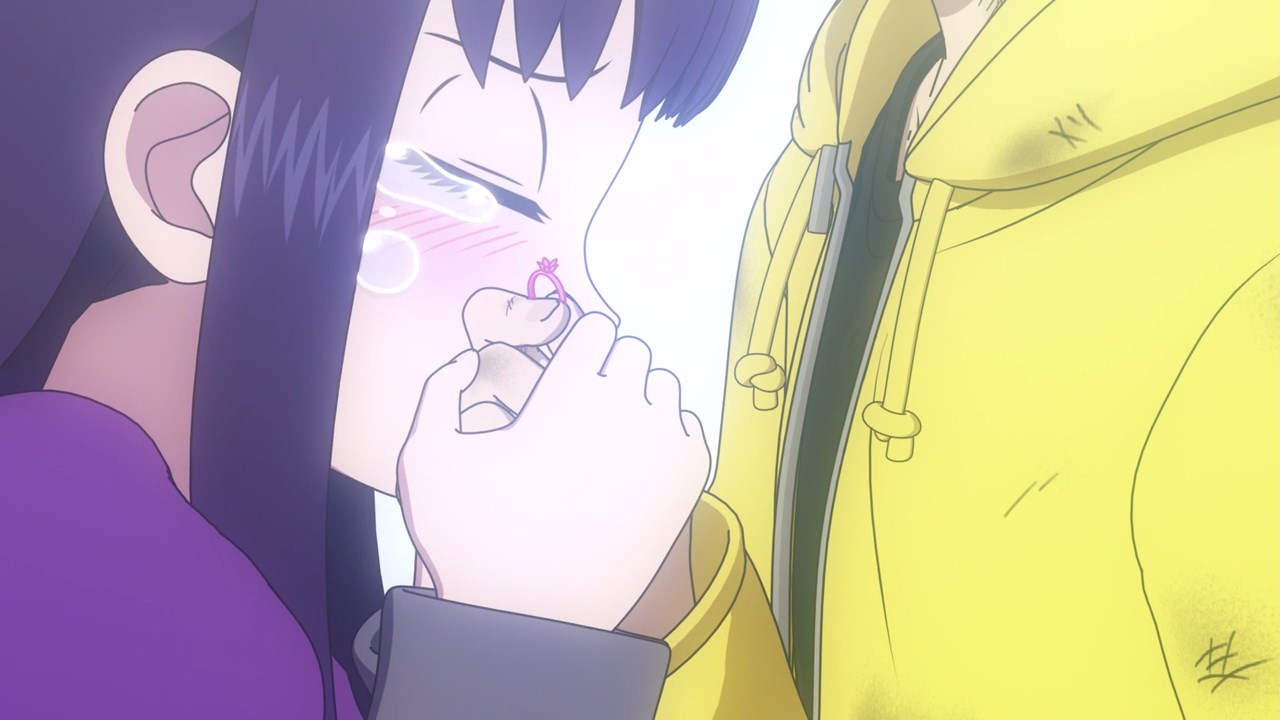 But you know what, Haruo will prove to them that despite being a gamer, he has the determination to work hard and earn money in order to catch Akira. Heck, he might buy a real ring this time!

Gotta say that I cried upon seeing the conclusion of High Score Girl as Haruo Yaguchi finally confessed to Akira Ono after so many years of treating her as a rival. 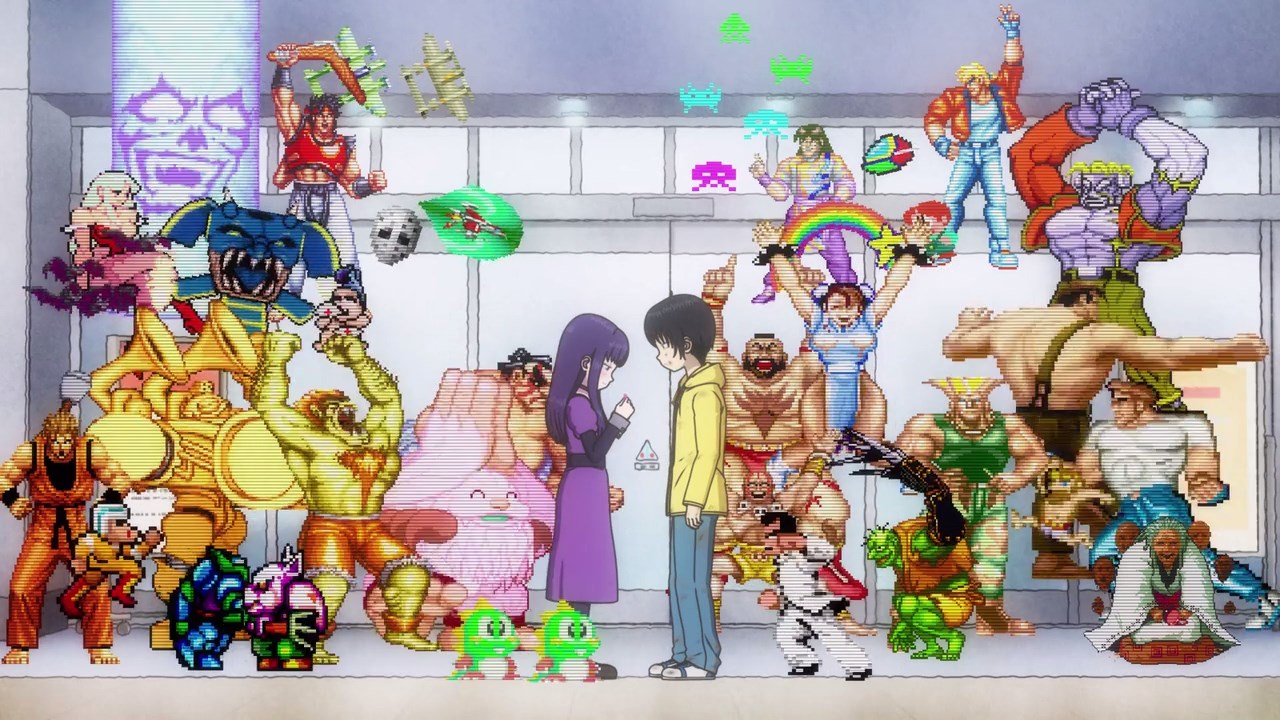 Anyways, that’s about it for High Score Girl and all I can say is that it was an improvement over the first season. Sure that it’s still being animated in CGI, but seeing the characters grow up is very satisfying, especially Haruo Yaguchi where he’s becoming an independent teen and wisen up over the years instead of being a sore loser, aside from realizing his true feelings for Akria Ono.

As for both Koharu Hidaka and Akira Ono, they do have a fair share of character development. Of course, Koharu-chan lost to Akira in both fighting games and love life that she wants Haruo to be with Akira. On the other hand, I wish Akira should speak one line but I guess she’ll remain as the silent character. 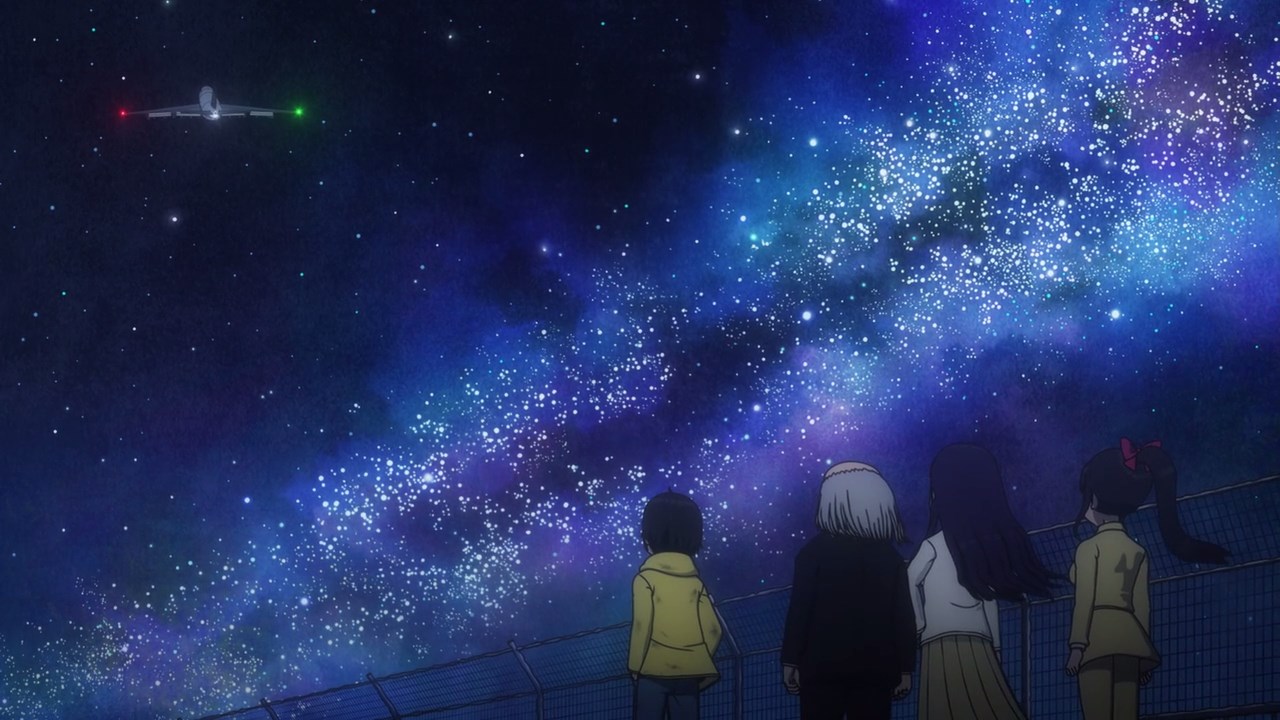 And so, we end this series as she departs to the United States. Of course, we don’t know for sure on what will happene to Akira Ono, Haruo Yaguchi, and Koharu Hidaka 10 years from now.

Maybe in the future, there would be a time-skip epilogue episode, but I doubt that J.C.Staff would do it. Still, I’m glad that I’ve finished watching High Score Girl!