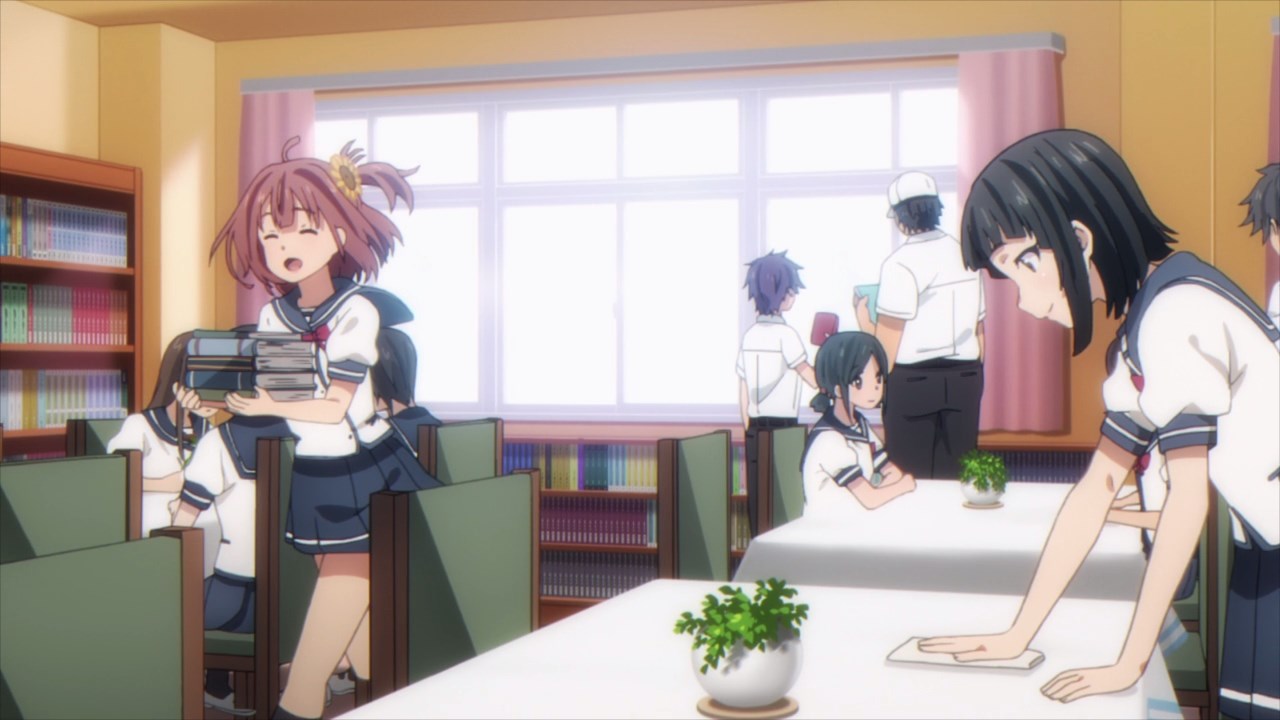 On this final episode of Oresuki, the school library in Nishikizuta High is finally saved from being closed down as it was transformed into a place for social gathering thanks to Yasuo “Hose” Hazuki. 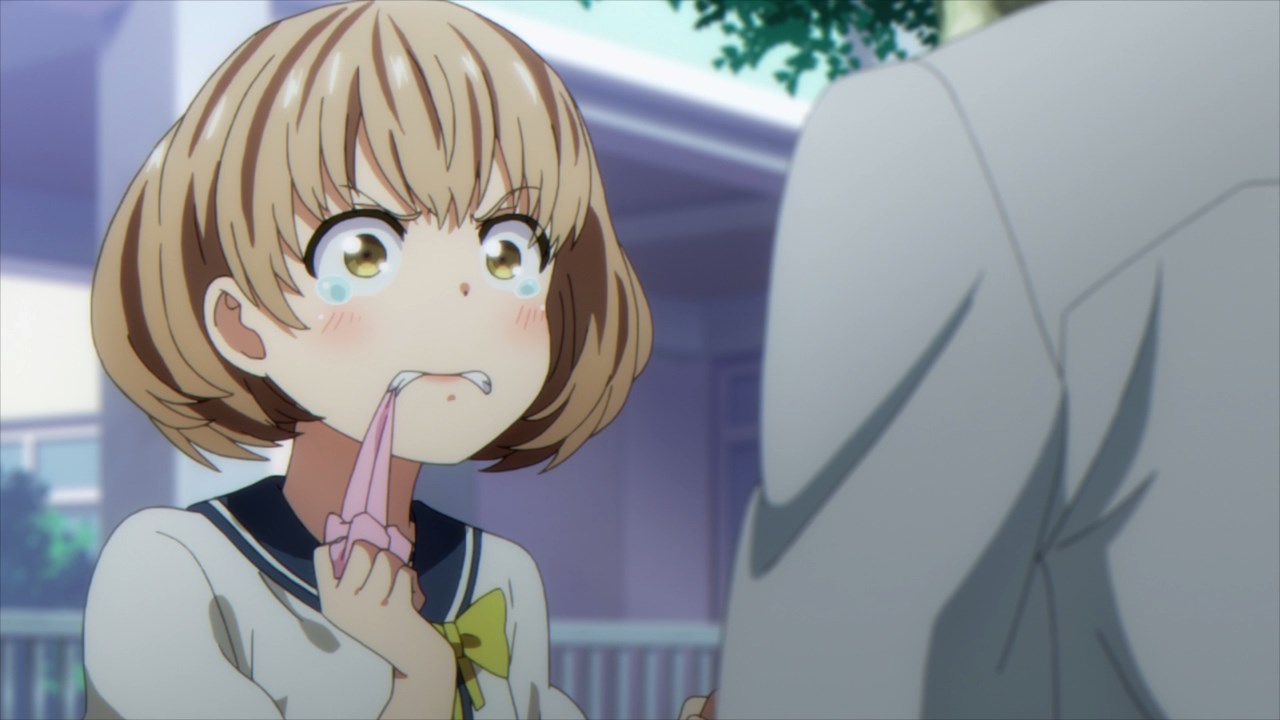 Heck, even Kimie “Tanpopo” Kamata can’t believe that Hose is here in Nishikizuta High School as he’s seeing Pansy most of the time. Hmm, I wonder if Tanpopo has a crush on Hose which is why she wants to enroll to Toshobu High School? 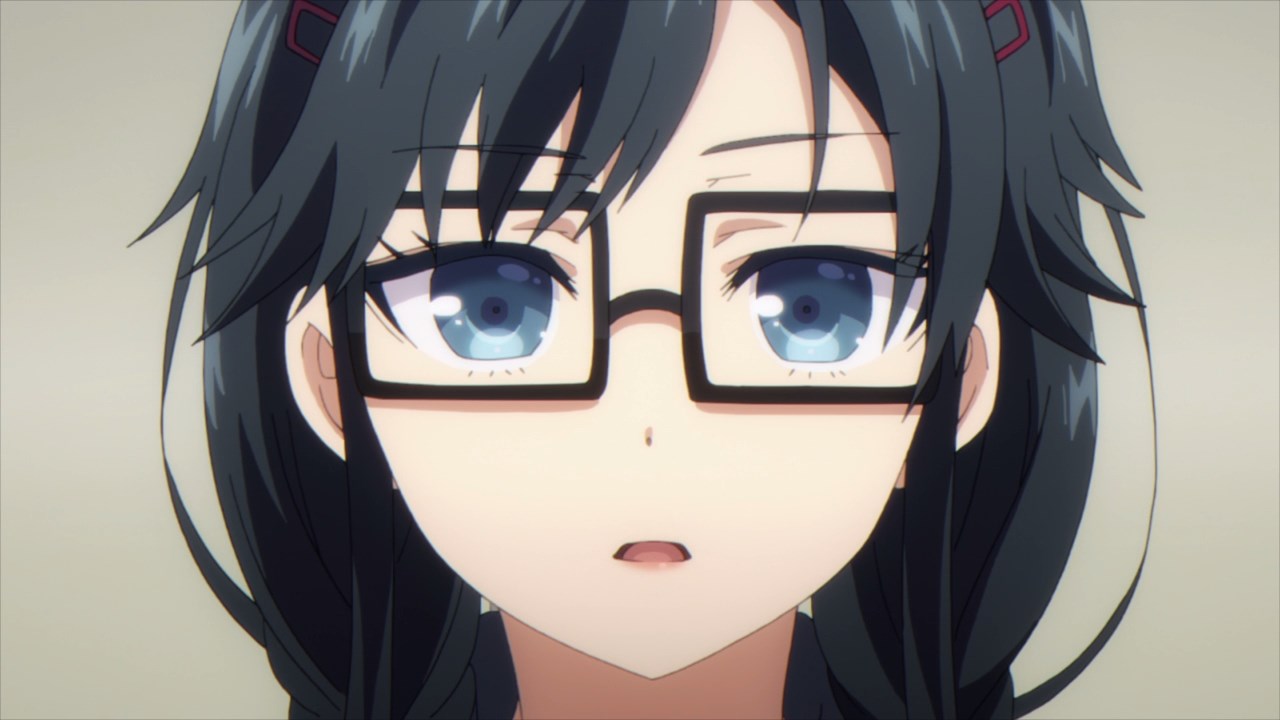 Speaking of Sumireko “Pansy” Sanshokuin, she told everyone that she’s going out with Taiyo “Sun-chan” Oga.

Yeah, gotta say that the likes of Momo “Cherry” Sakurabara and Luna “Tsukimi” Kusami are surprised by her announcement. Wait, are they gonna have a chance to date with Hose? 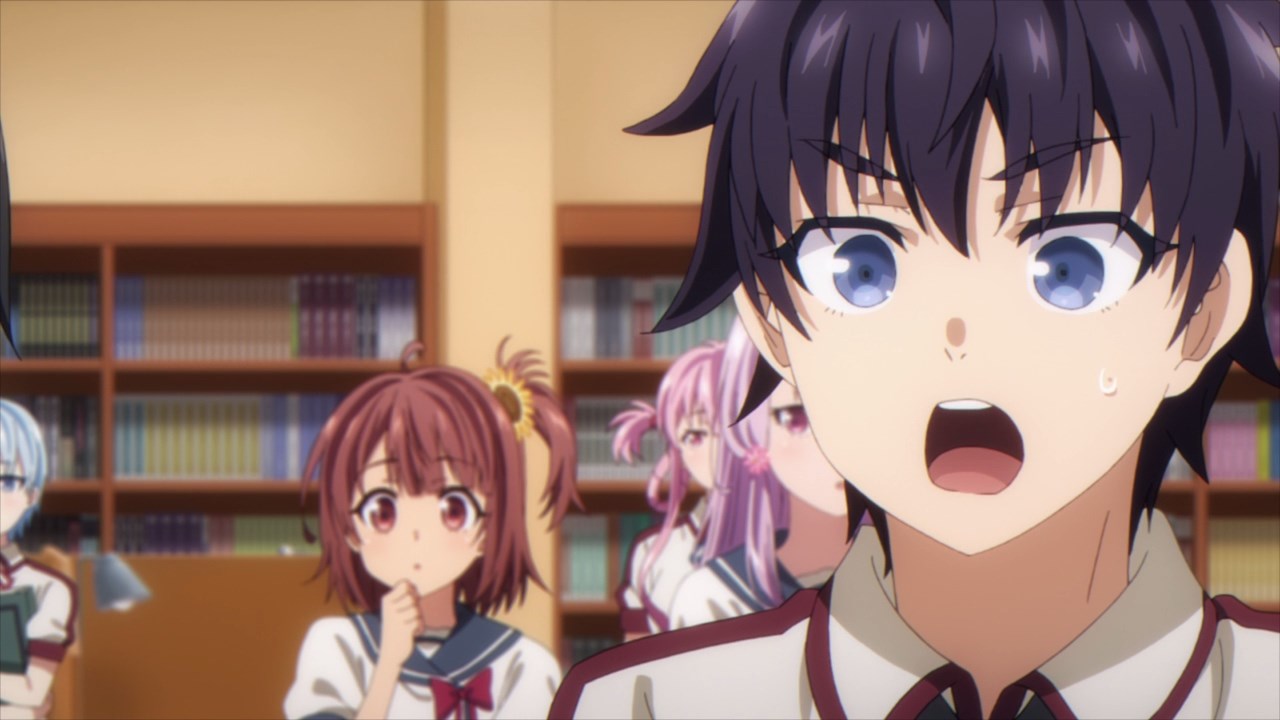 Meanwhile, Yasuo “Hose” Hazuki is shocked that he’s eager to take Pansy as his girlfriend, but someone beat him to the punch. I wonder what Joro thinks about this announcement? 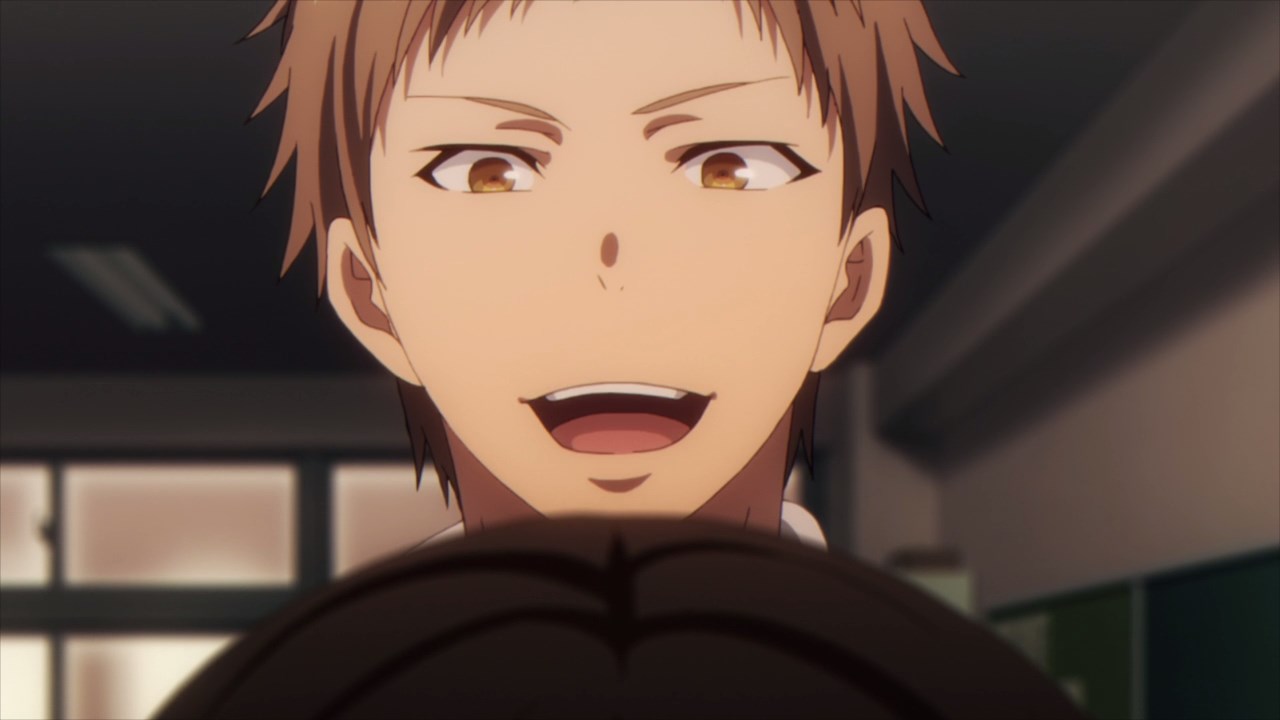 Well, let’s hear on what Sun-chan is gonna say to Joro-kun as he won the battle now that he has his hands on Pansy.

Man, I knew that he’s gonna take Pansy away just to piss them off and Oga is acting all smug on this final episode! 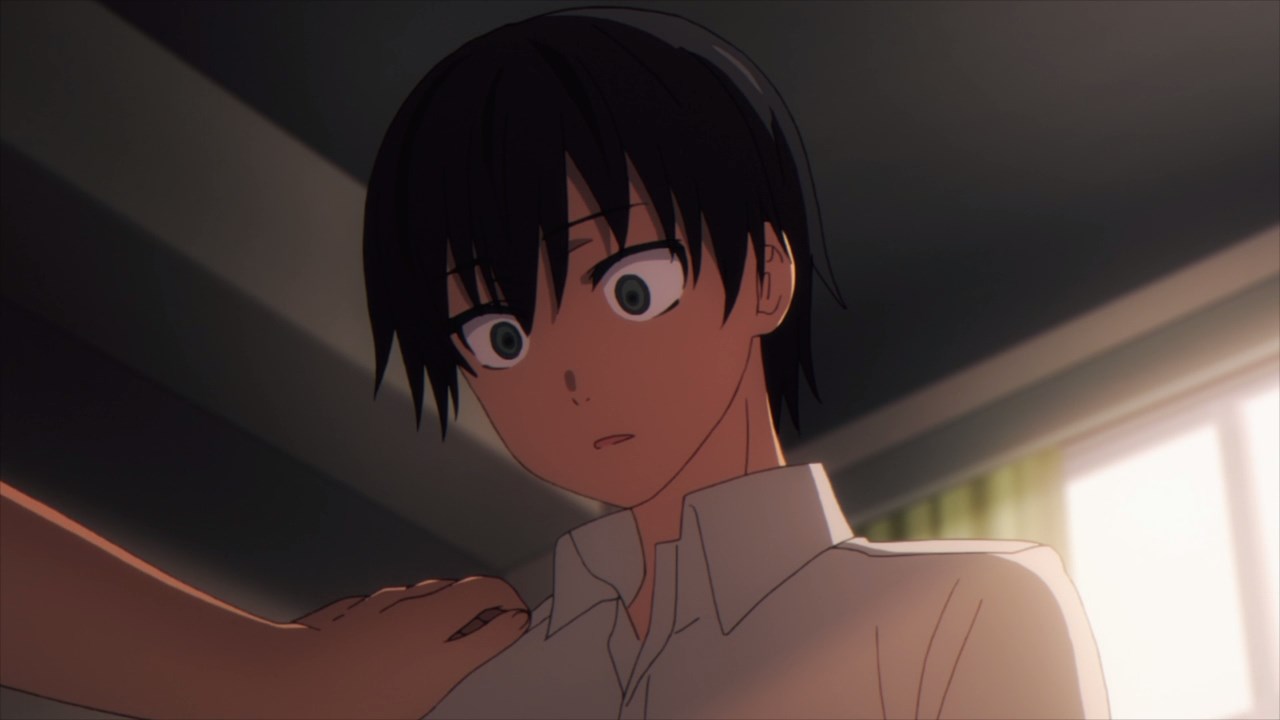 Also, Sun-chan told Joro to cheer him on at the qualifying tournament as his baseball team is aiming for Koshien.

Now then, what will Joro do as he’s looking devastated? Also, Sun-chan didn’t achieve complete victory yet so he and Hose might turn this around, although I want Amatsuyu “Joro” Kisaragi to succeed! 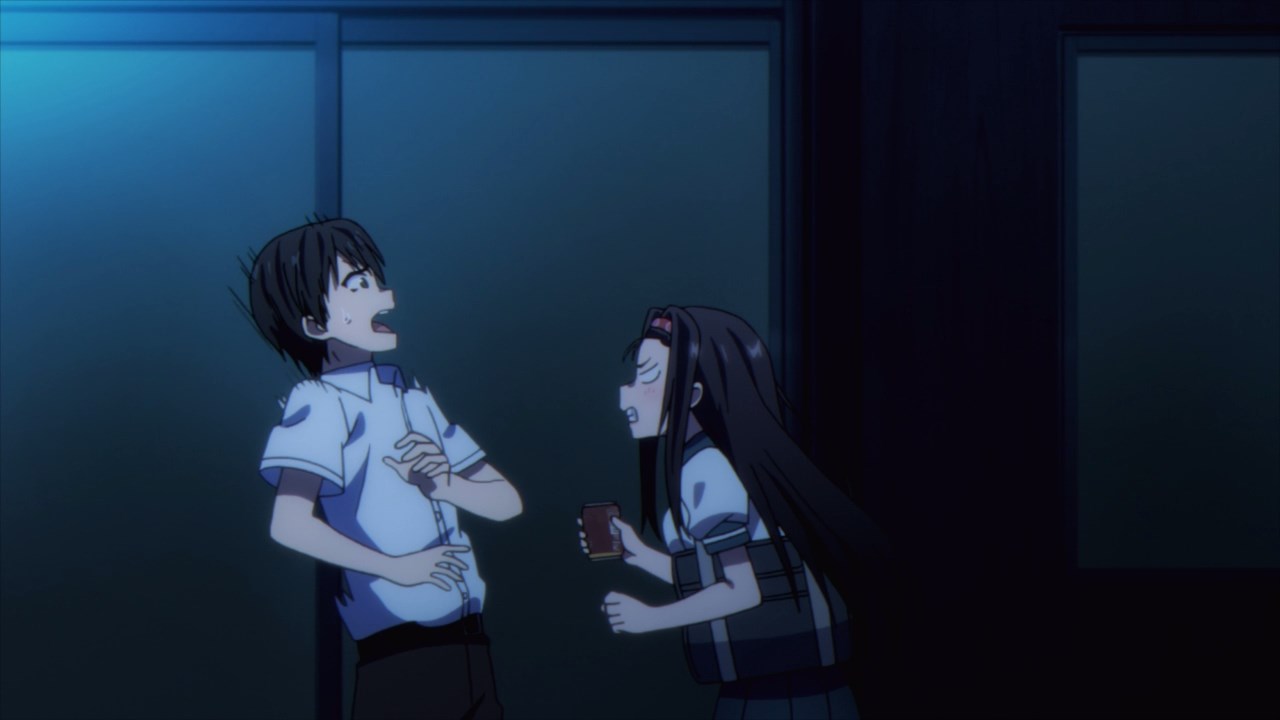 But you know what, I think the only thing that he’ll do to turn things around is to act like a jerkass, as Asaka “Sazanka” Mayama told Joro to be his usual self. 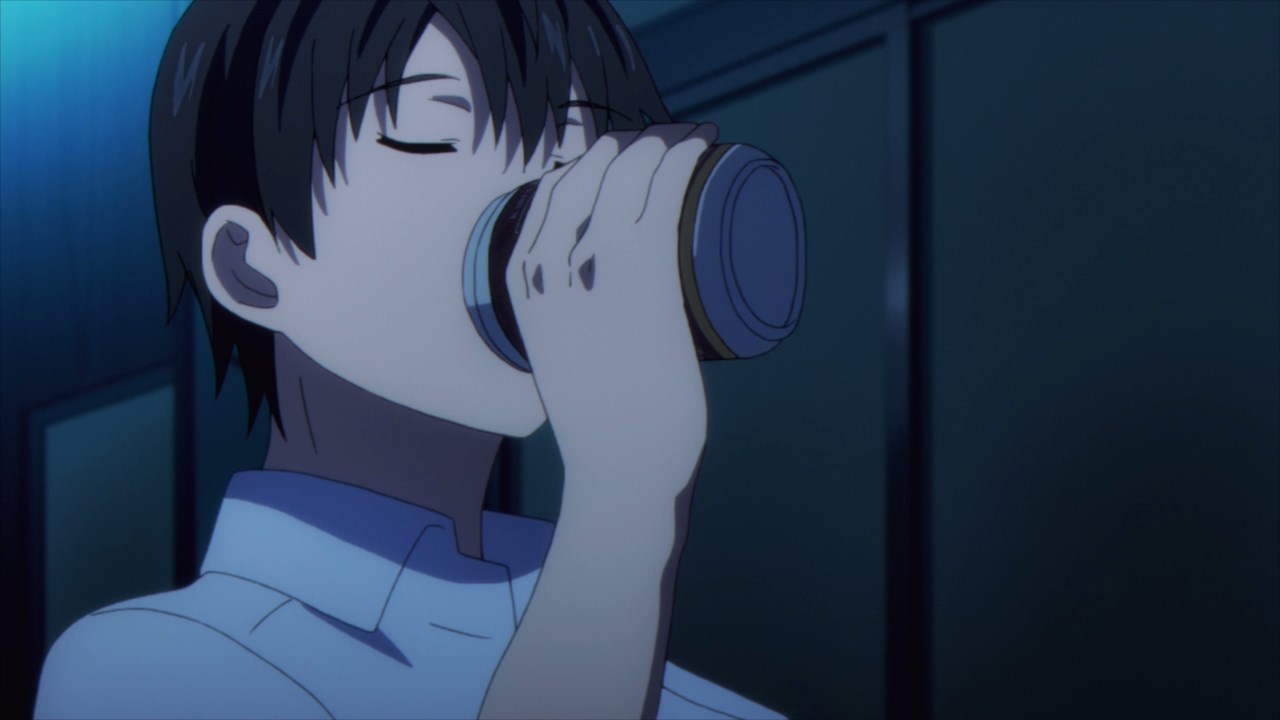 Also, Sazanka gave him a sweet drink because she’s in love with Joro, but Sazanka is too tsun-tsun to admit it. 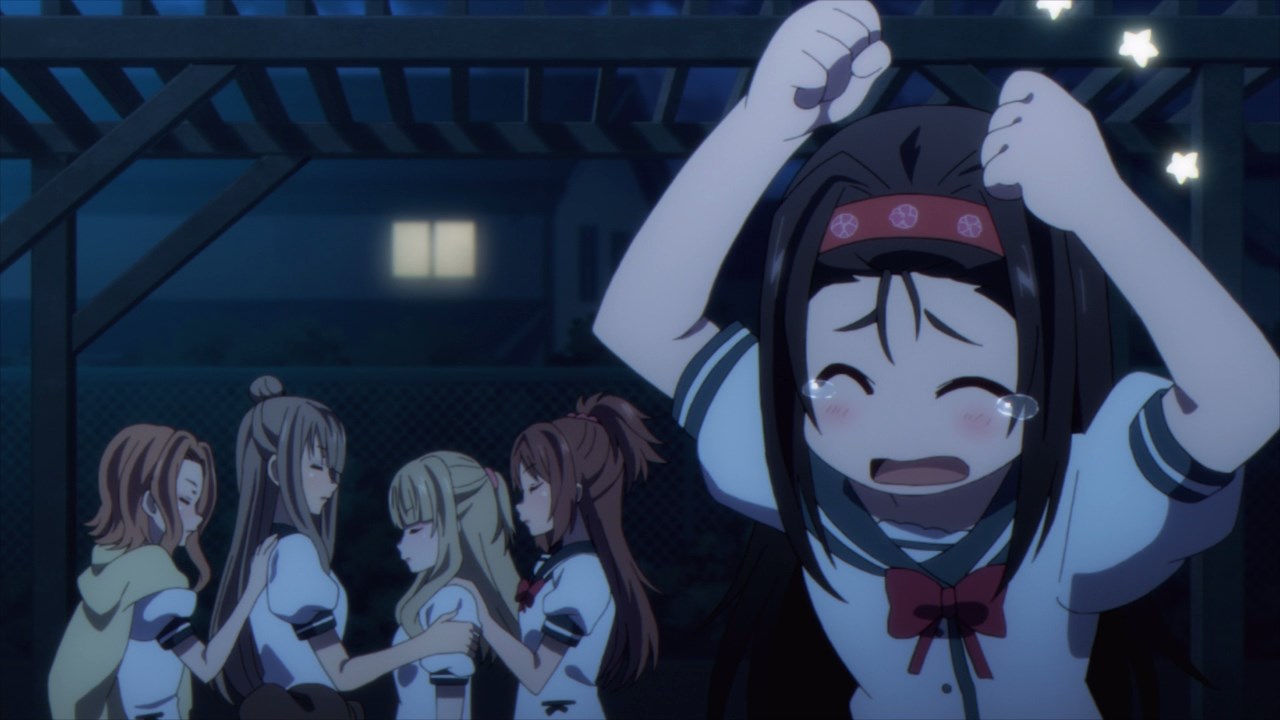 Heck, even she call herself as an idiot for not telling her true feelings.

Um Asaka “Sazanka” Mayama, what about those tickets from Episode 10? Did you manage to pick it up ’cause it might be expensive? 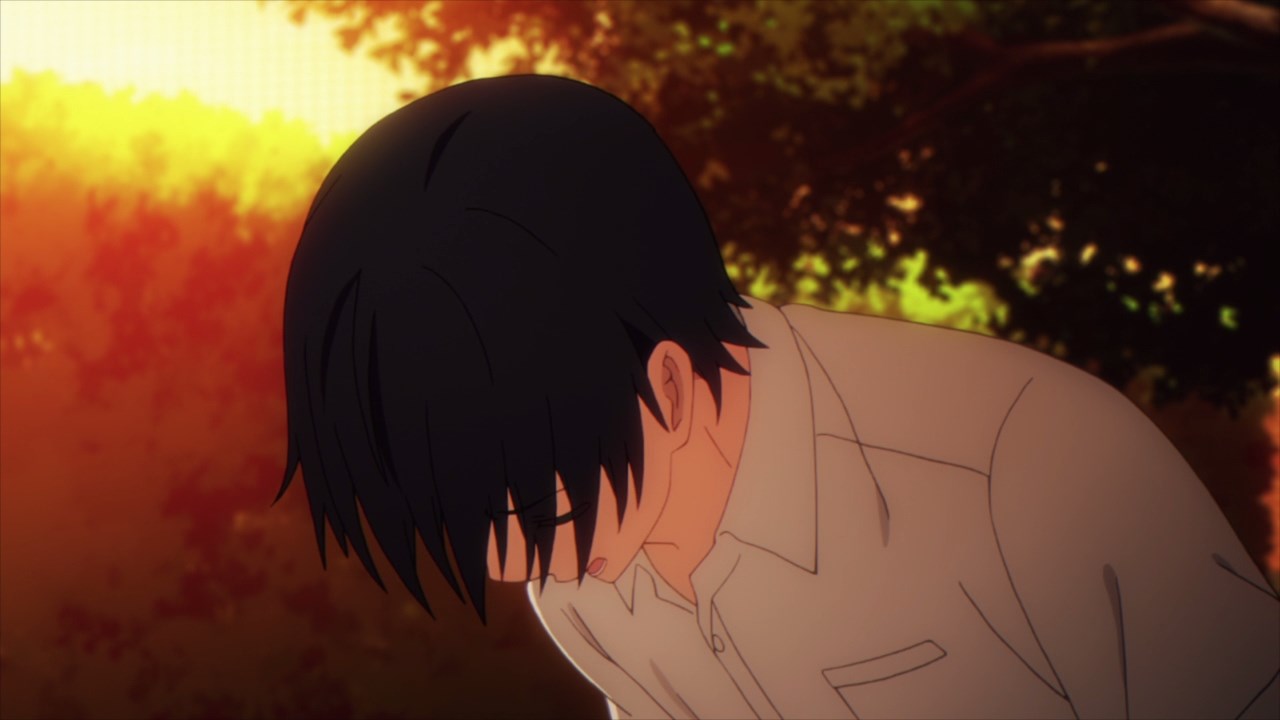 Thanks to Sazanka, looks like Joro is back to his usual groove. But first, he declined Sun-chan’s offer to attend to one of his baseball games because Joro has something important to do. 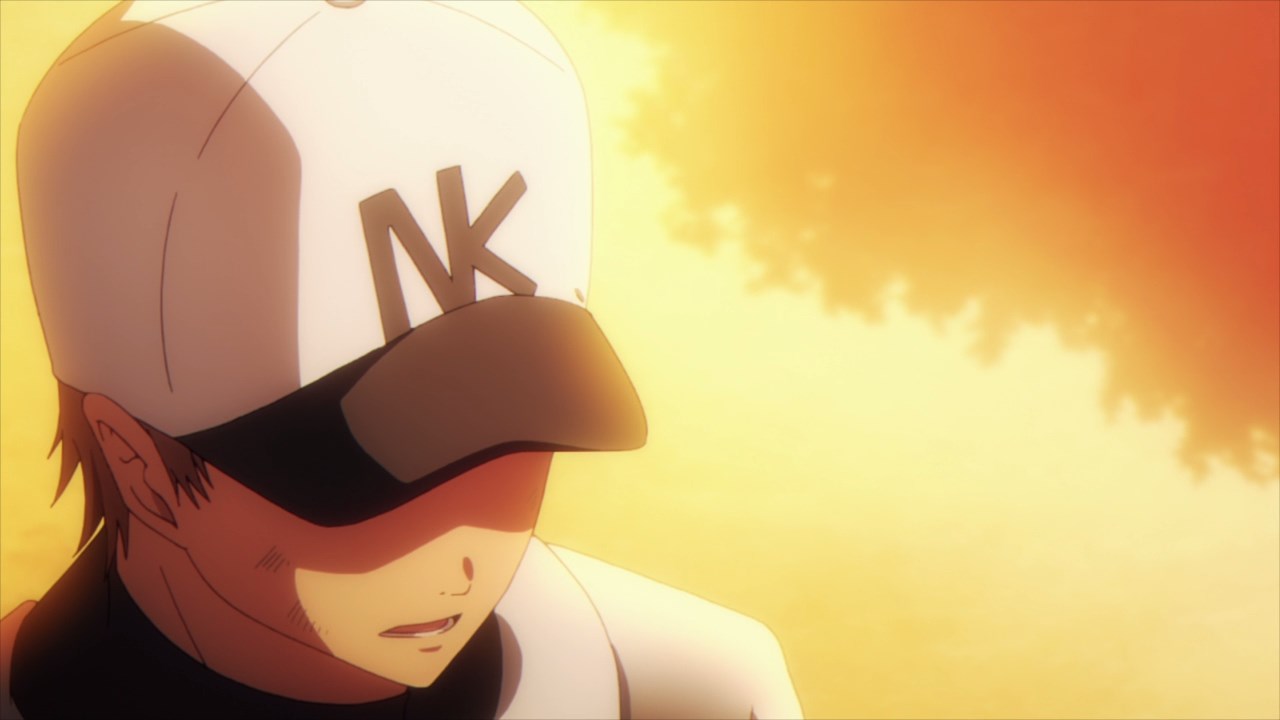 For Sun-chan, looks like he won’t have his personal cheerleader. Still, Oga thinks that his victory over Kisaragi is in the bag it’s not yet over! 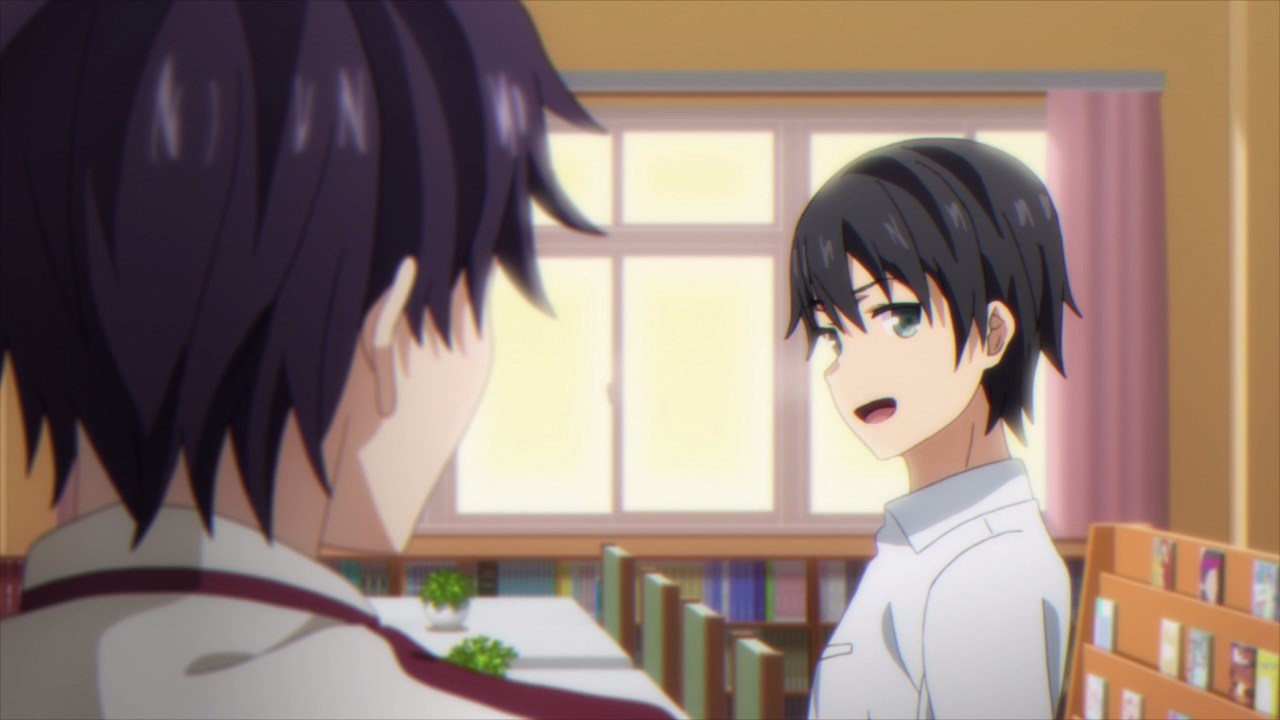 Anyways, Joro challenged Hose into a contest where the loser won’t able to talk to Pansy ever again. 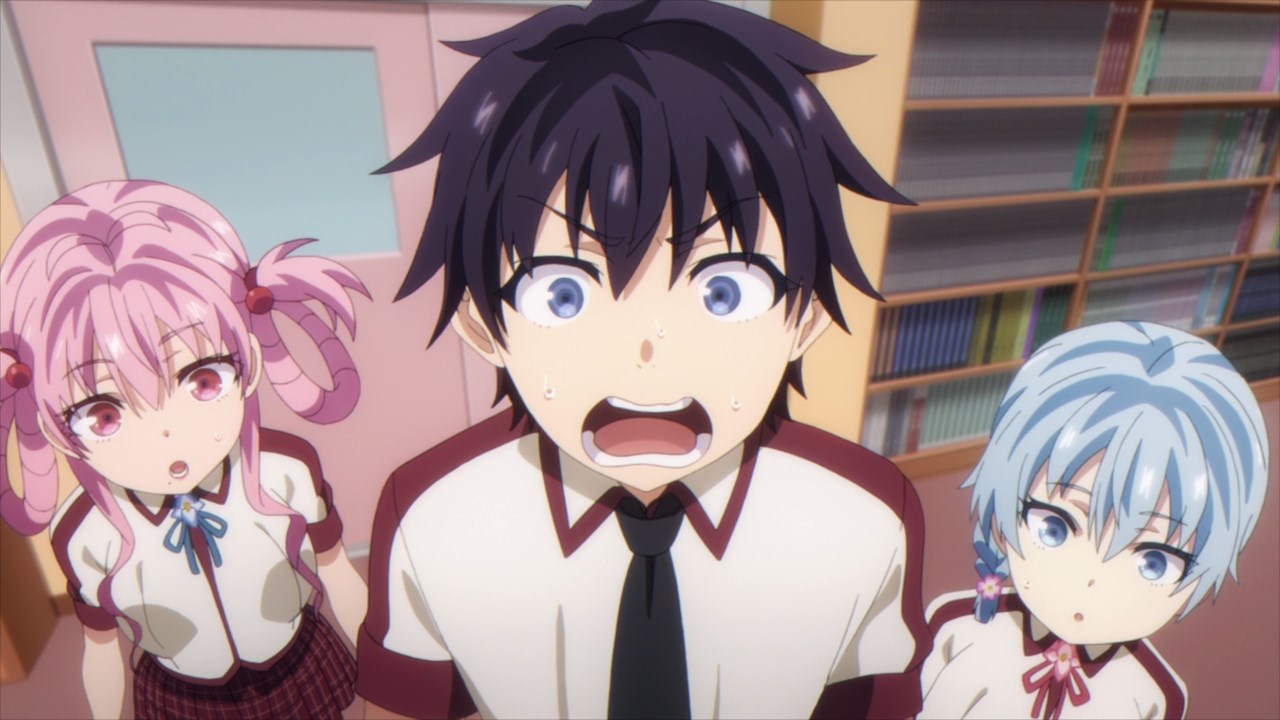 For Yasuo “Hose” Hazuki, he was shocked that if he lose the contest, Hose won’t be able to talk to Sumireko “Pansy” Sanshokuin.

Um Hose, there are plenty of girls out there that you can hook up with like Momo “Cherry” Sakurabara and Luna “Tsukimi” Kusami. 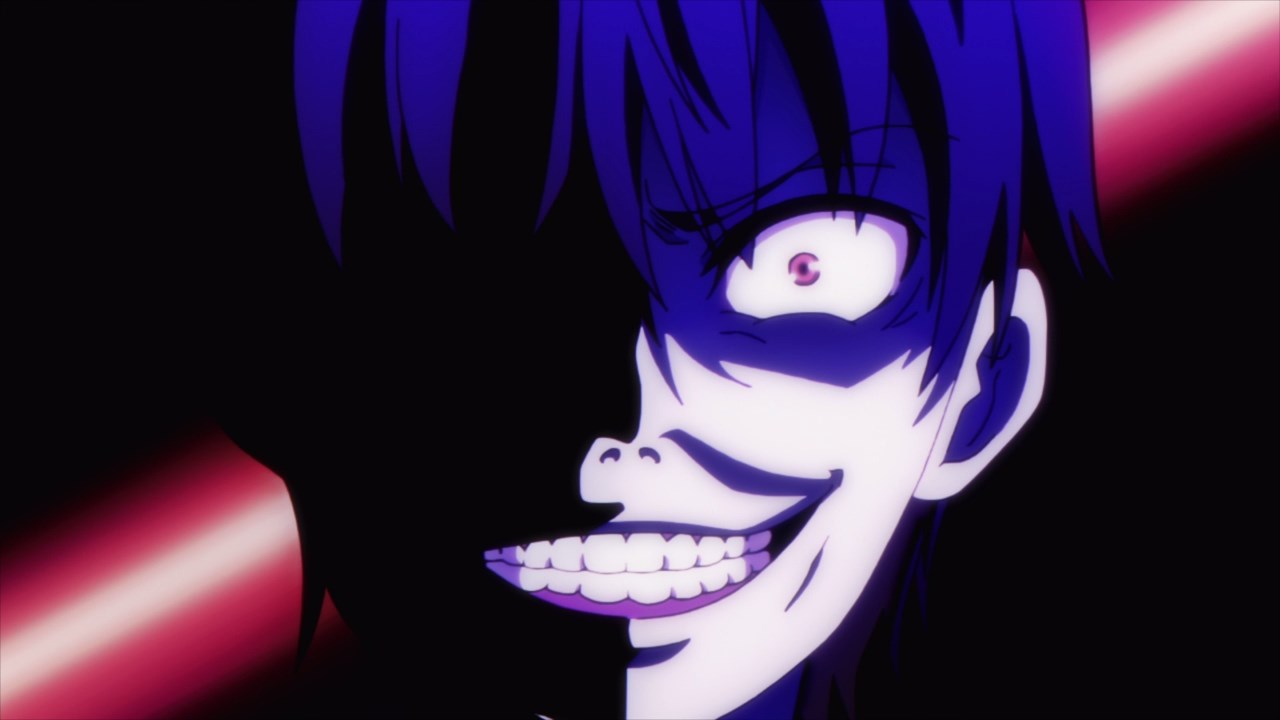 Speaking of Joro-kun, sure that he’ll cheat his way to victory since he’s one smug protagonist, but I wanna know what contest they’ll compete? If it’s a popularity contest, things would be quite different. 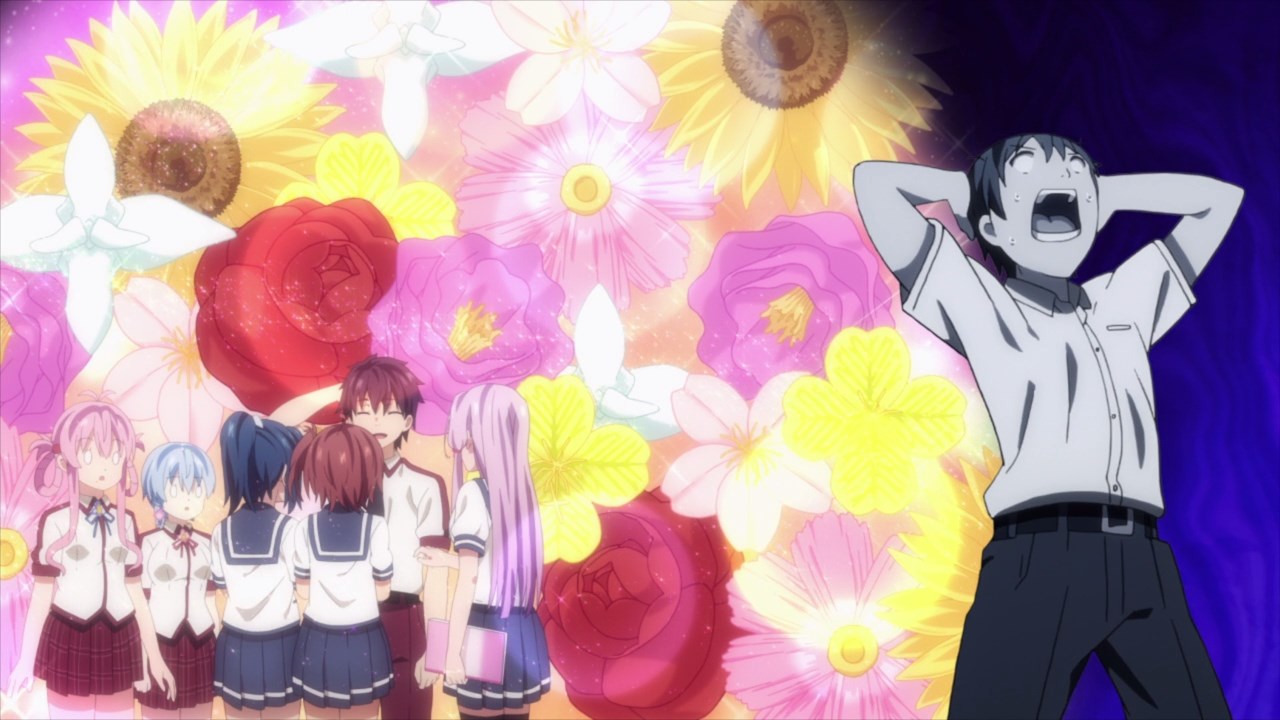 Heck, let’s just say that there’s no contest at all when it comes to popularity as Yasuo Hazuki’s nice guy attitude would attract girls in large groups. Yeah, looks like Joro shot himself in the foot there! 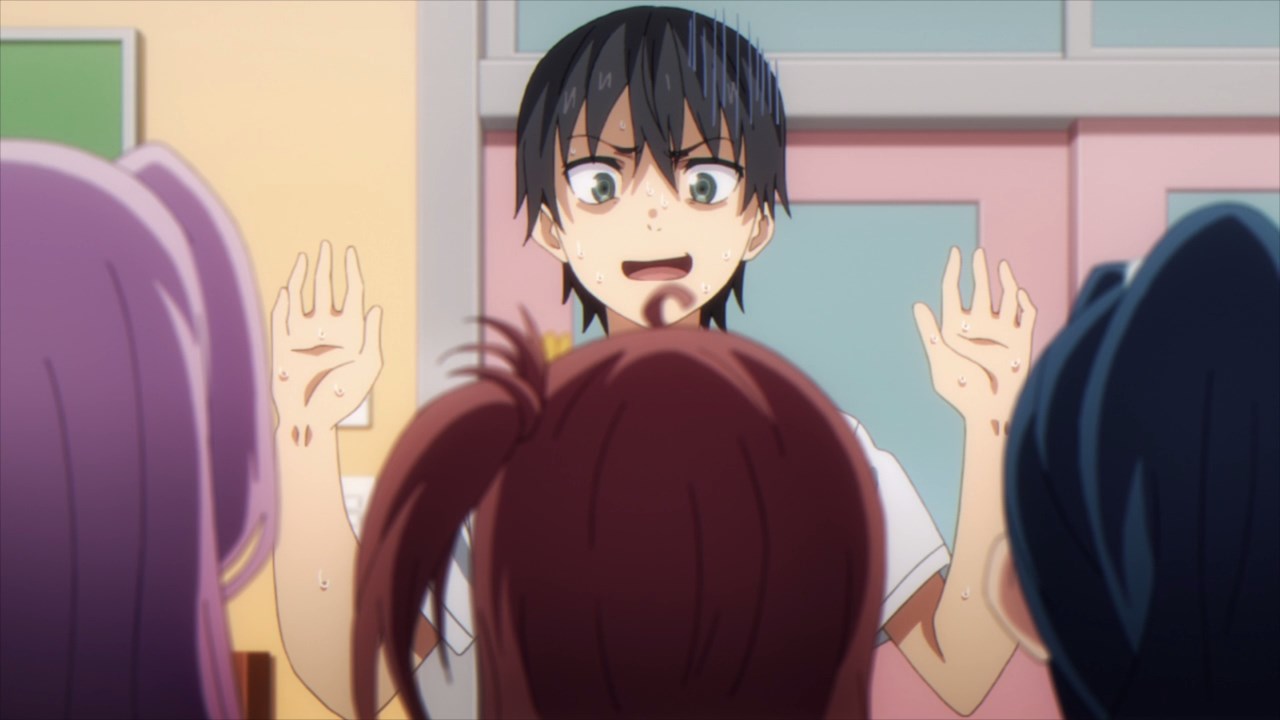 On the other hand, Sakura “Cosmos” Akino, Aoi “Himawari” Hinata, and Hina “Asunaro” Hanetachi approached Joro-kun as they want to tell something important. 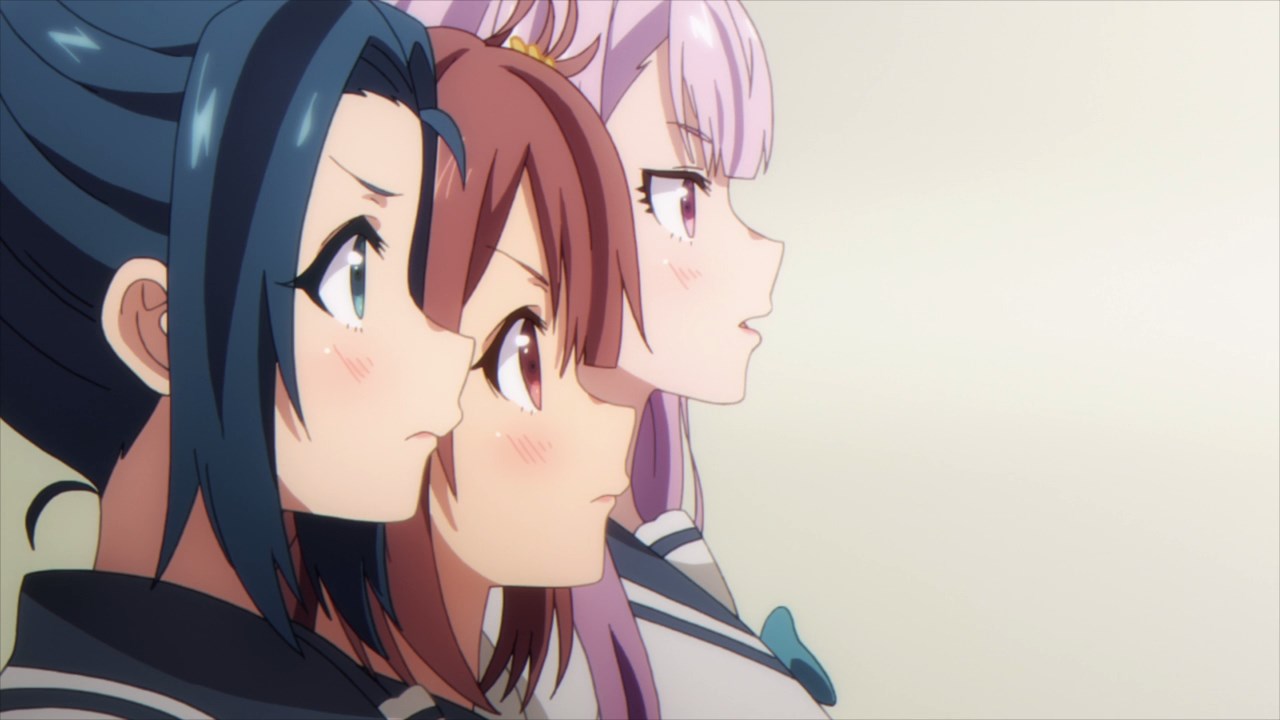 You see, they decided that they really love Amatsuyu Kisaragi from the bottom of their heart.

Sure that Asunaro loves Joro, but Himawari and President Cosmos are supposed to be in love with Sun-chan!? Also, they supposed to support Hose just to rub salt on Joro’s wound, right? 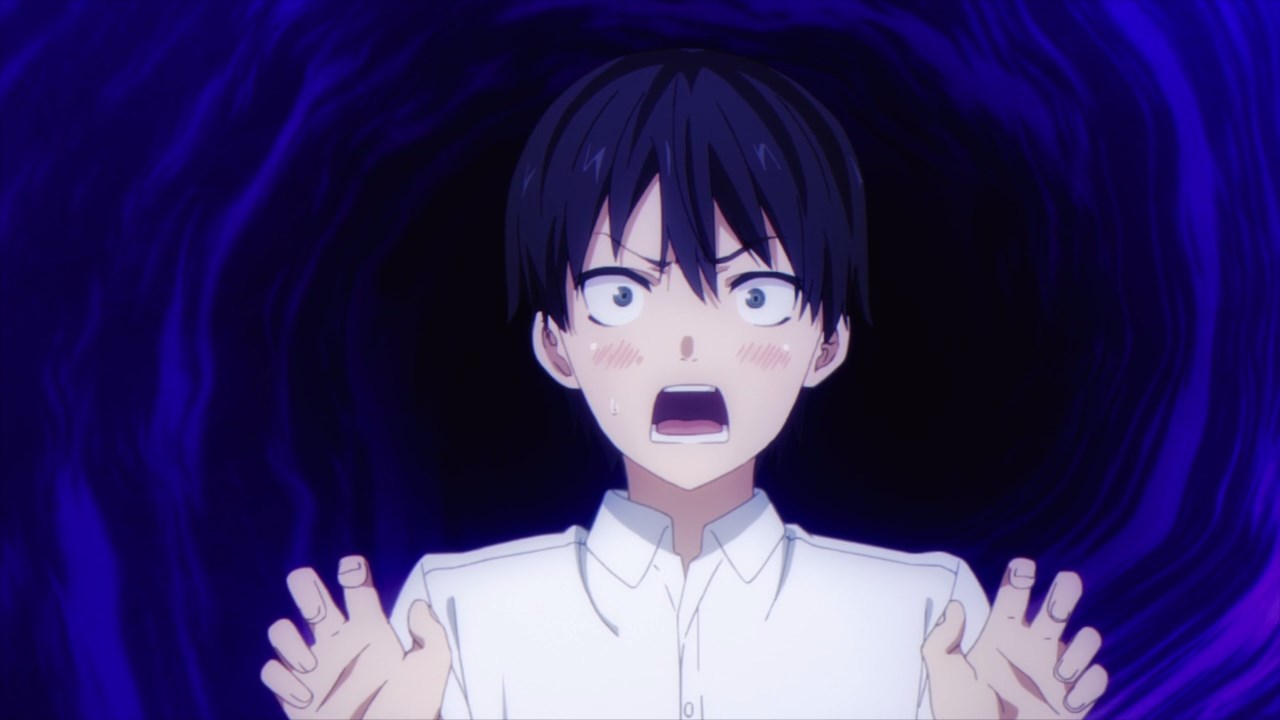 Speaking of Joro, he’s confused on what they said to him. Sure that he’s gonna get a harem of his own, but Joro felt that he got a consolation prize for not getting Pansy! Wait, has the contest started yet? 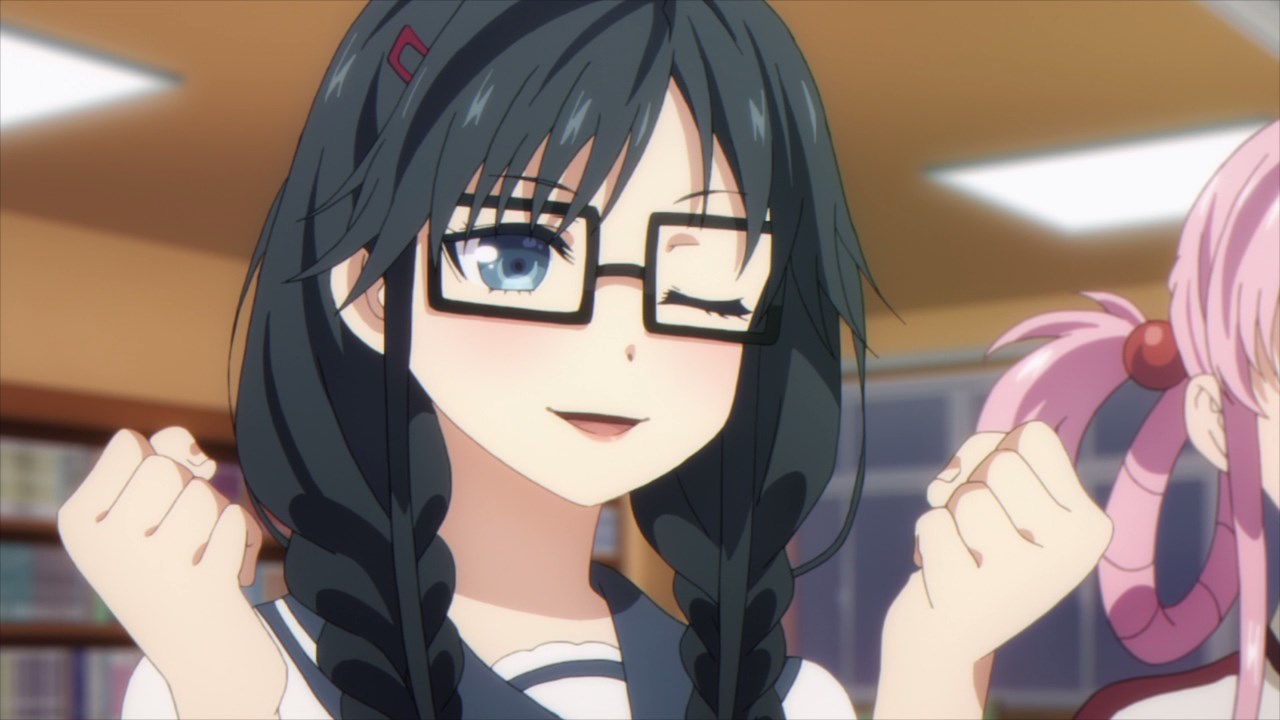 But you know what, I think Joro will win this contest no matter what. Hell, even Pansy told him to hang in there! 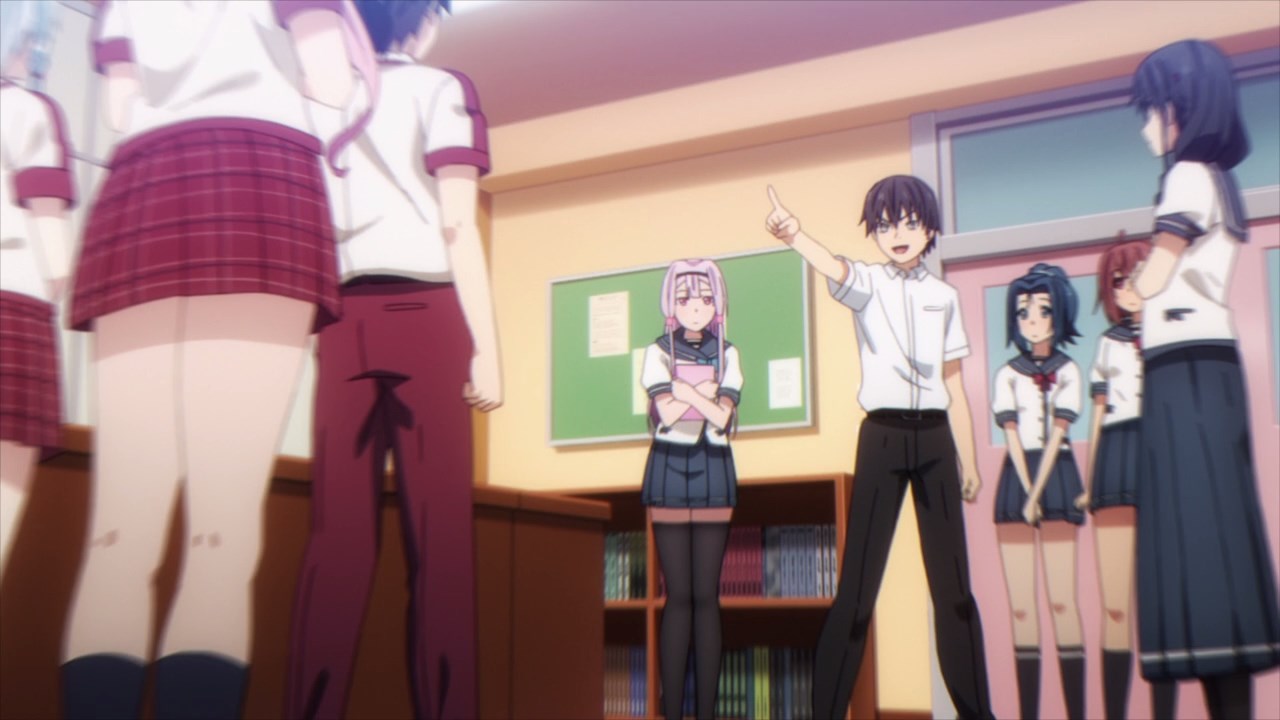 And that my friends is the end of Oresuki and Amatsuyu “Joro” Kisaragi will settle his score with Yasuo “Hose” Hazuki at the baseball game between Nishikizuta and Toshobu. Um Joro, what about Taiyo “Sun-chan” Oga? Are you still gonna wreck him again?

Man, it’s a weird way to end this romcom show because I really enjoyed watching Oresuki, especially Joro-kun when he acts like a jerkass or got caught in a situation involving benches. Also, while Sumireko “Pansy” Sanshokuin is the best girl ever, Shuka Saitou’s portrayal as the tsundere character Asaka “Sazanka” Mayama was the most surprising thing that happened during this show.

Sadly, this story arc might not get resolved because there’s no way that Oresuki will have another season. And while there will be an OVA episode in the future, you’d better off reading the novels instead if you’re still itching for more! Then again, I’m too lazy to pick up the novels.