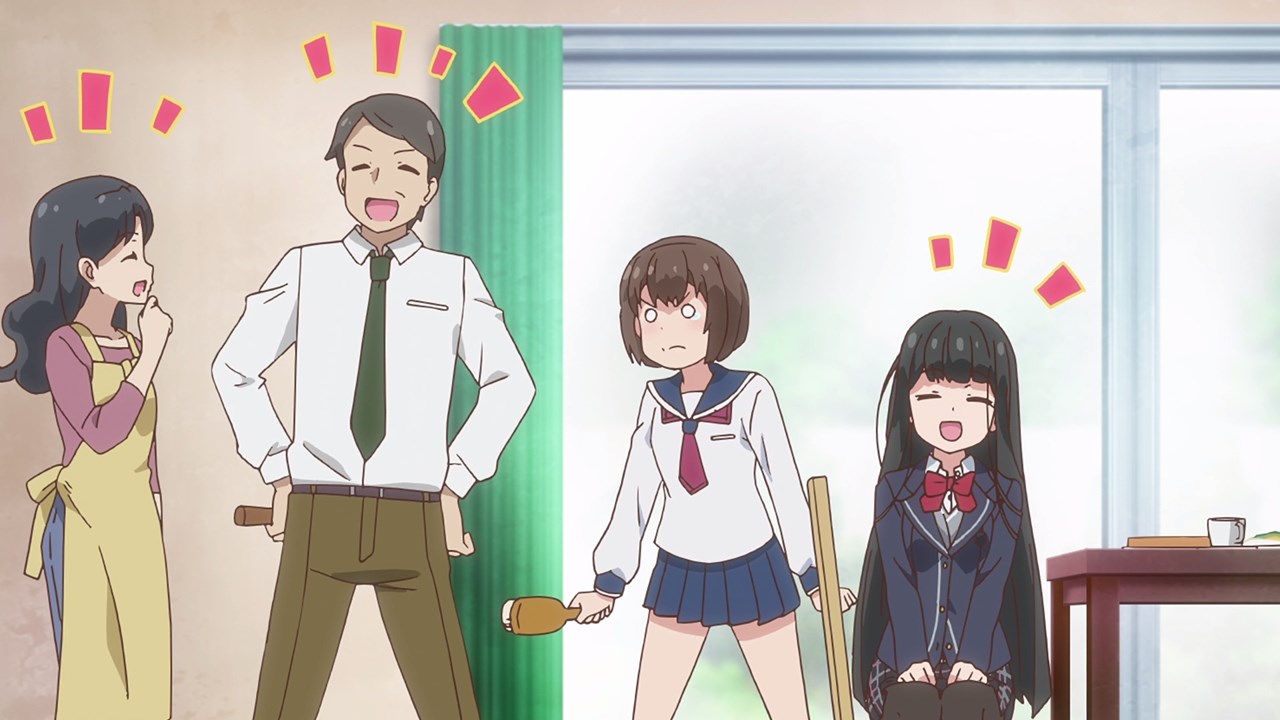 Ah, Misato Kurihara and while she claims that she had a boring life where Misato is at the top all the time, it seems that she had a nice family compared to her shitty one when Misato reincarnated as Adele von Ascham which she ran away to the Kingdom of Tils as Mile. 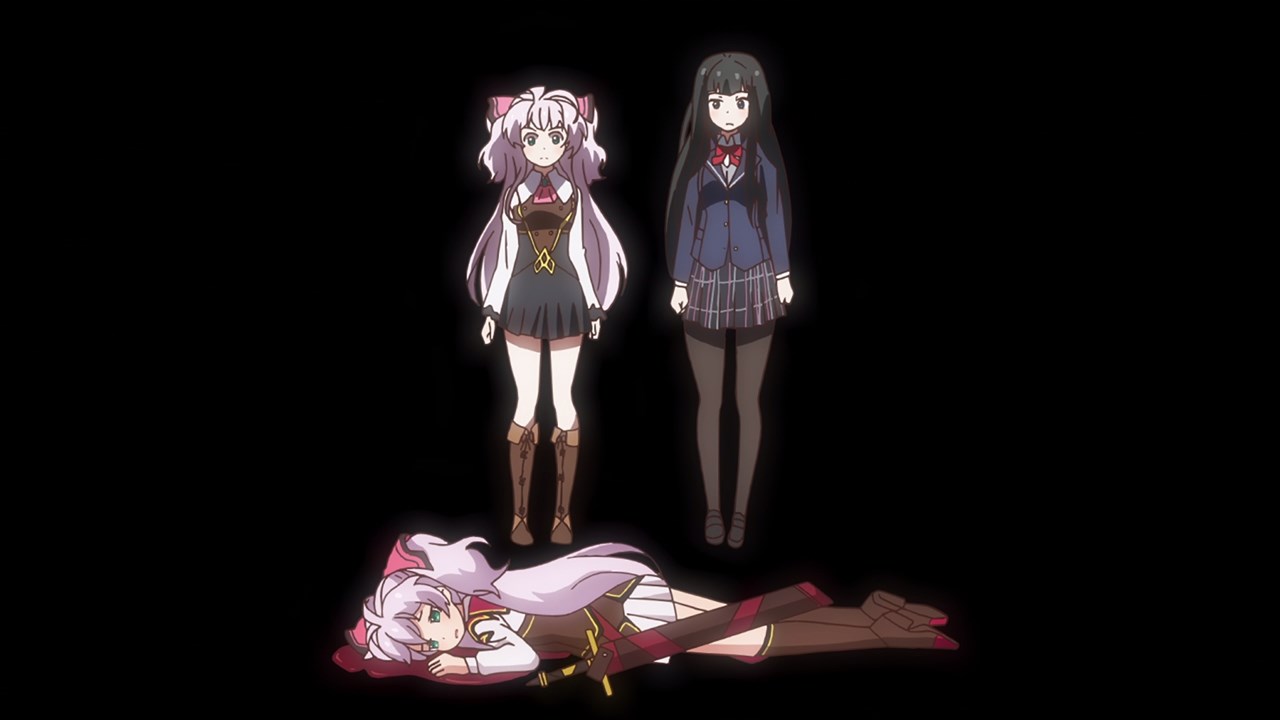 Speaking of Mile, looks like she’s on the brink of death as Mile contemplates of having an average life in another world instead of being caught in a family crisis and having powers from an elder dragon.

Of course, both Misato Kurihara and Adele von Ascham want Mile to wake up because her friends are in danger. 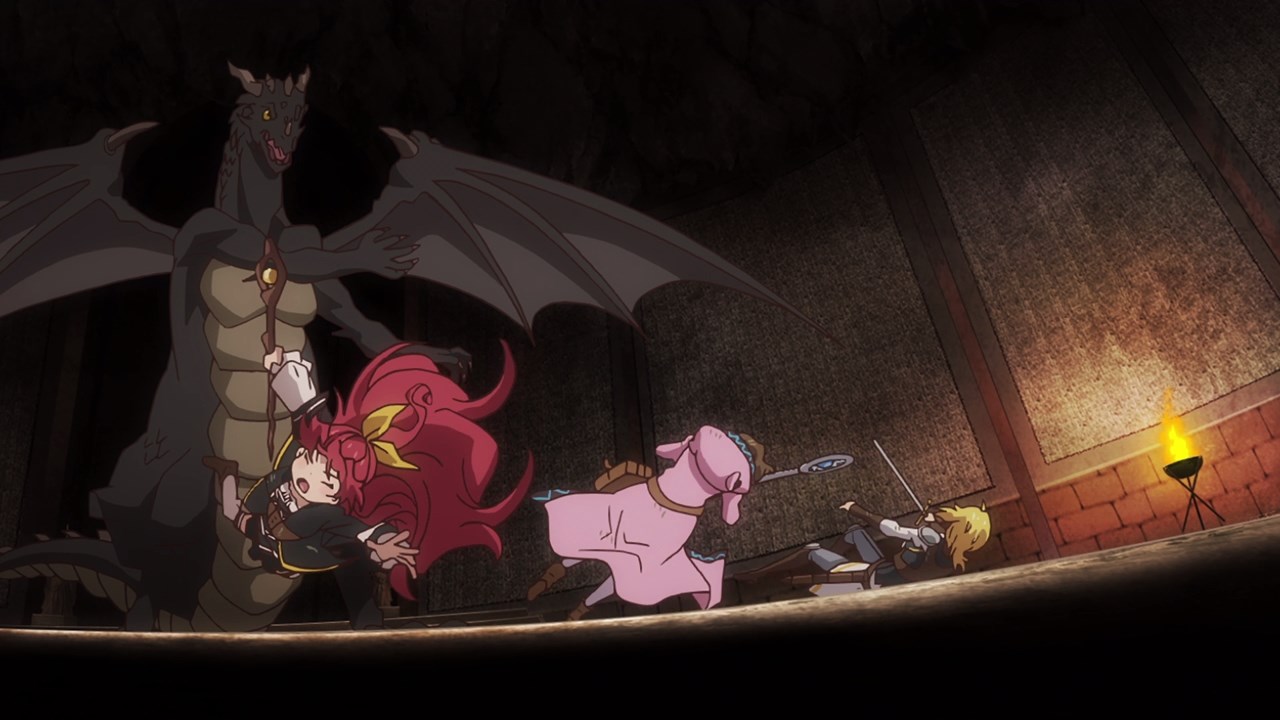 And really, Mavis von Austien, Pauline, and Reina can’t defeat an elder dragon on their own. At this point, they’re gonna get killed as well as their client. 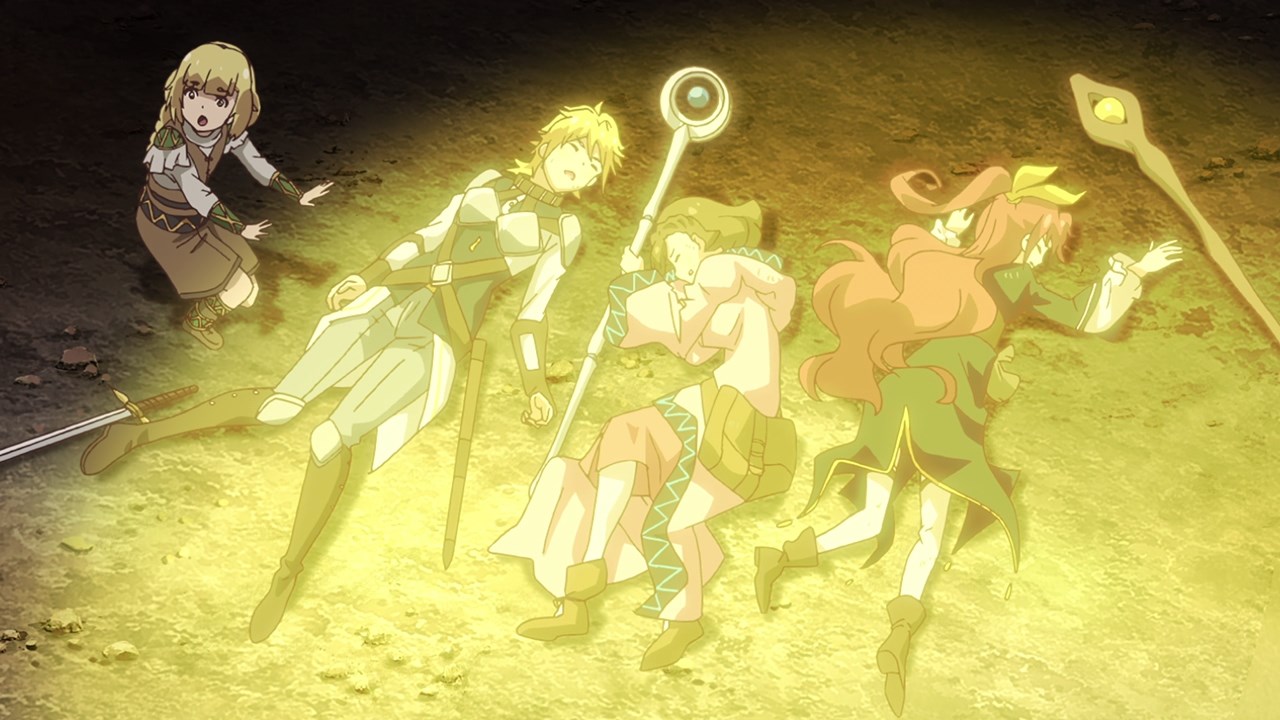 Speaking of the elven researcher, she tries to heal Mile’s companions but it’s not enough to bring them back up into good shape. Even worse is that the elder dragon might kill them off with a single dragon breath. 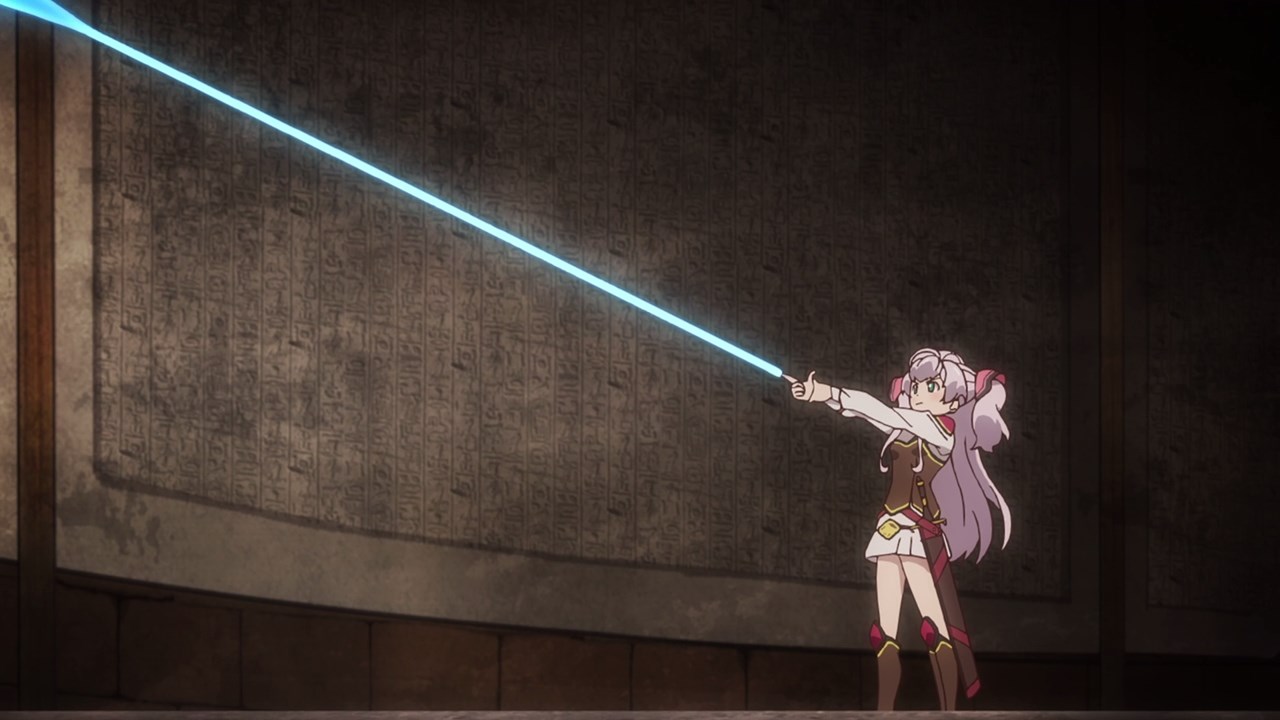 Fortunately for them, Mile has returned from the brink of death as she fired her Spirit Gun… or should I say Magic Gun because Mile feared that she might get sued by Yoshihiro Togashi when referencing Yu Yu Hakusho. 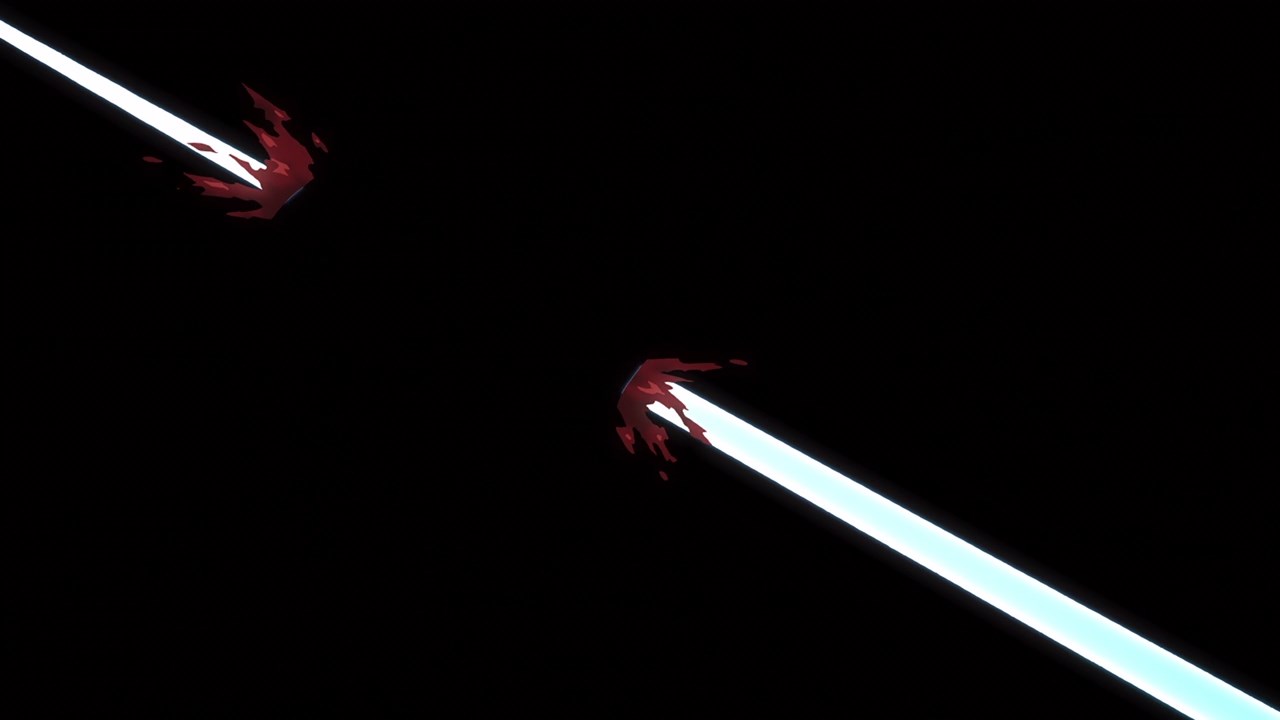 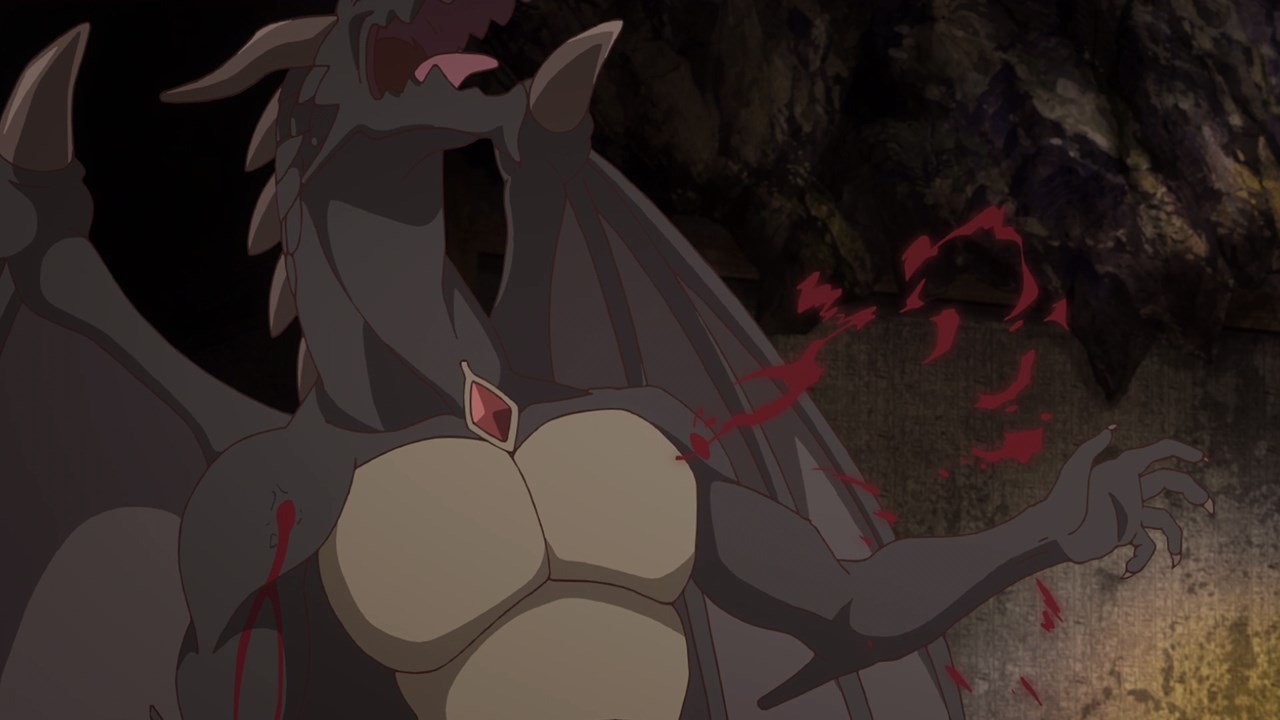 But as you can see, Mile fired not one, but two Magic Guns on the elder dragon’s shoulders. Looks like this beast won’t lift its arms to retaliate and Mile’s friends are finally saved. 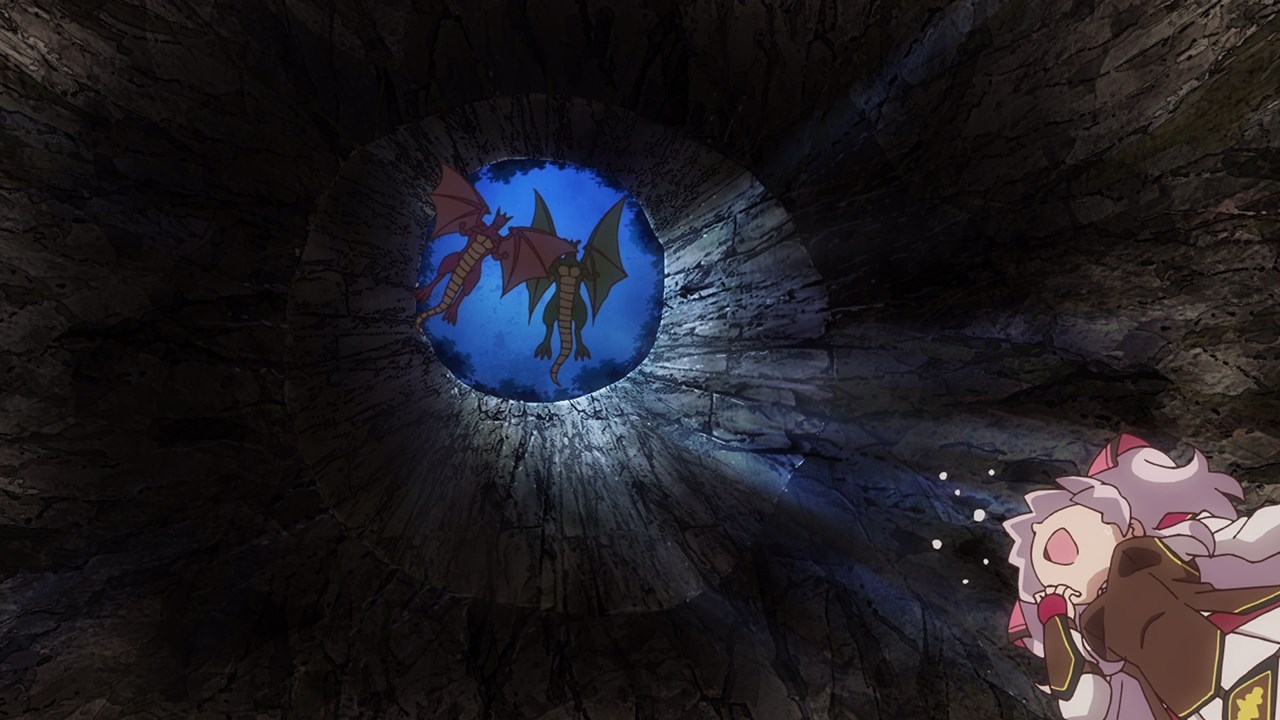 However, it seems that Mile hasn’t won the battle yet as she’ll deal with some reinforcements. Yeah, I don’t like having more elder dragons! 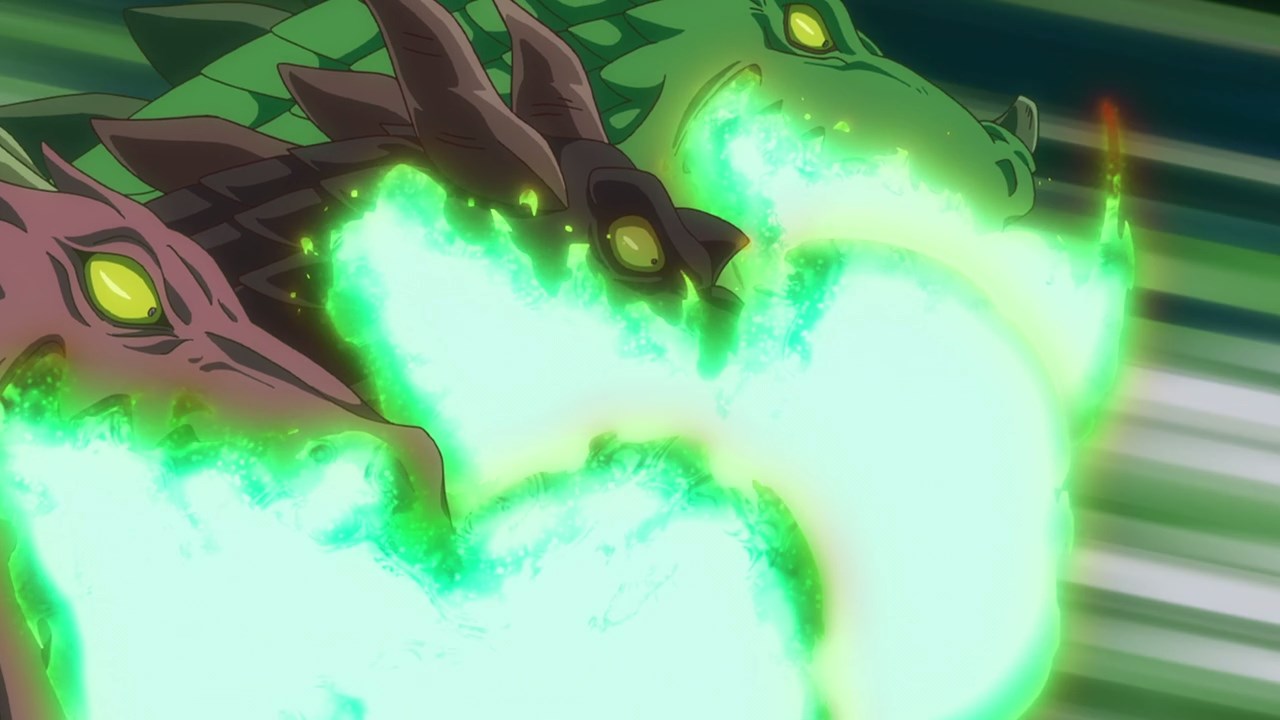 But anyways, having 3 elder dragons is the worst situation that Mile and her friends got as they’re gonna get blasted away.

By the way, I think the reason why these dragons went to the ruins is they want to get their hands on ancient technology, although it’s not ancient since Mile (or Misato) knows them. 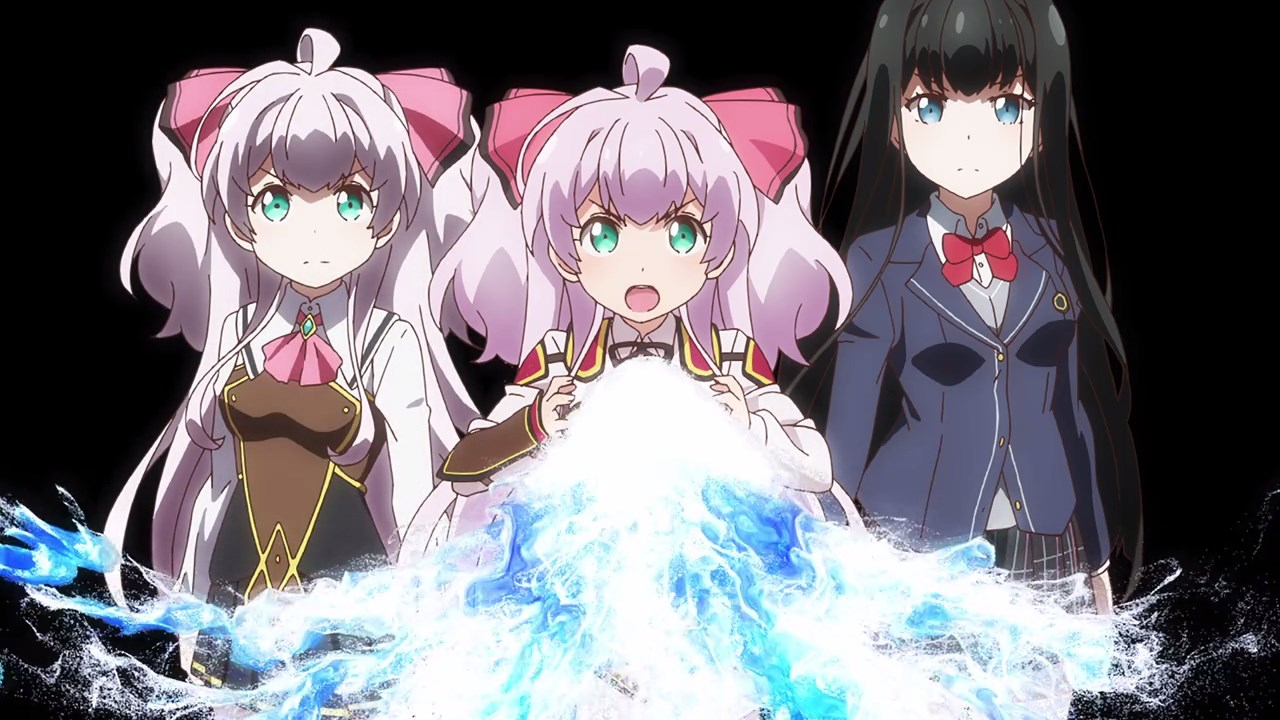 Still, Mile won’t let those dragons get what they want as she’s gonna unleash her powerful attack, the Spirit Ball! But wait a minute, isn’t Mile suppose to have average abilities? 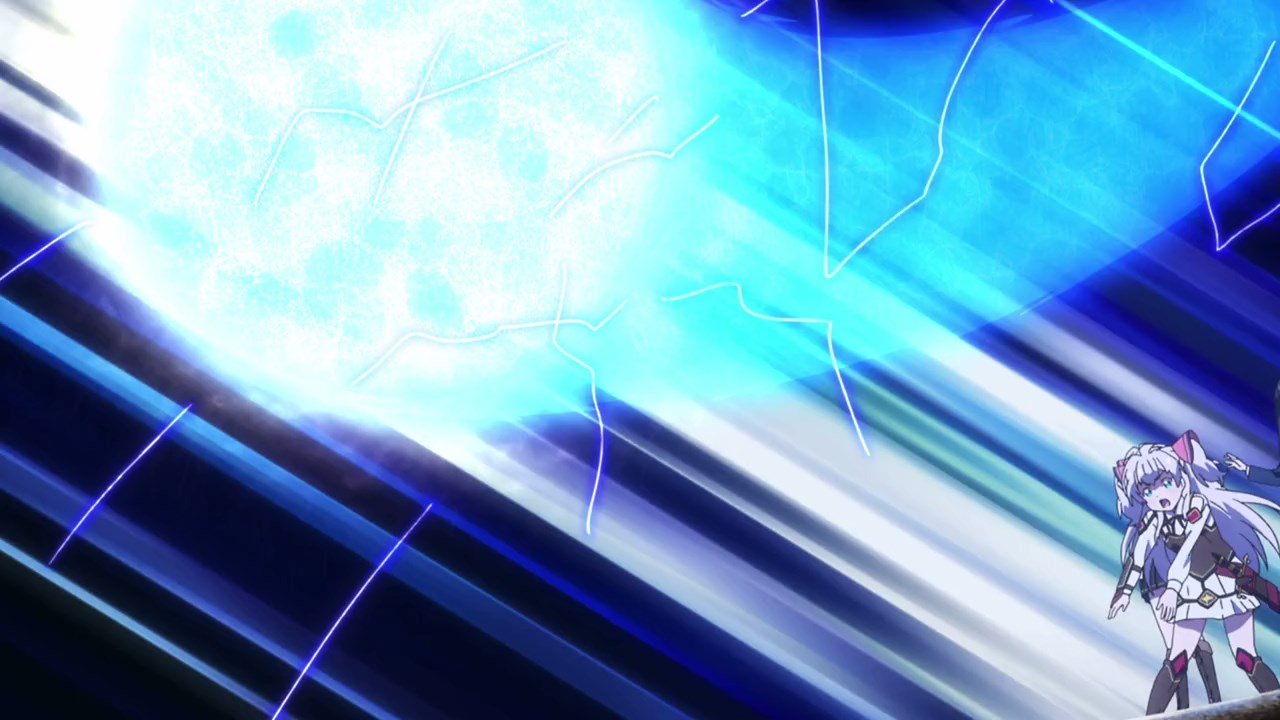 Not this time because those dragons hurt Mile’s friends and therefore she’s angry that Mile got a power boost. 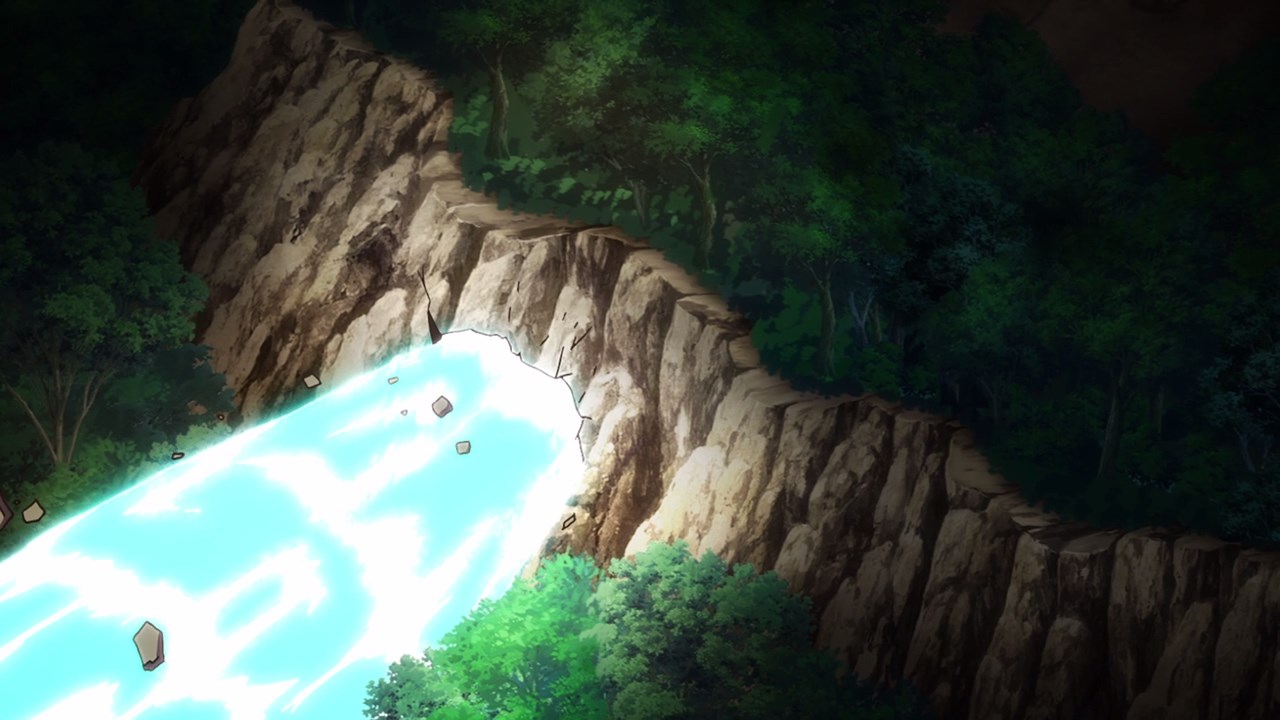 But as you can see, Mile’s Spirit Ball destroyed one part of the ruins by creating a massive hole. Um Mile, you shouldn’t destroy the entire ruins very much. 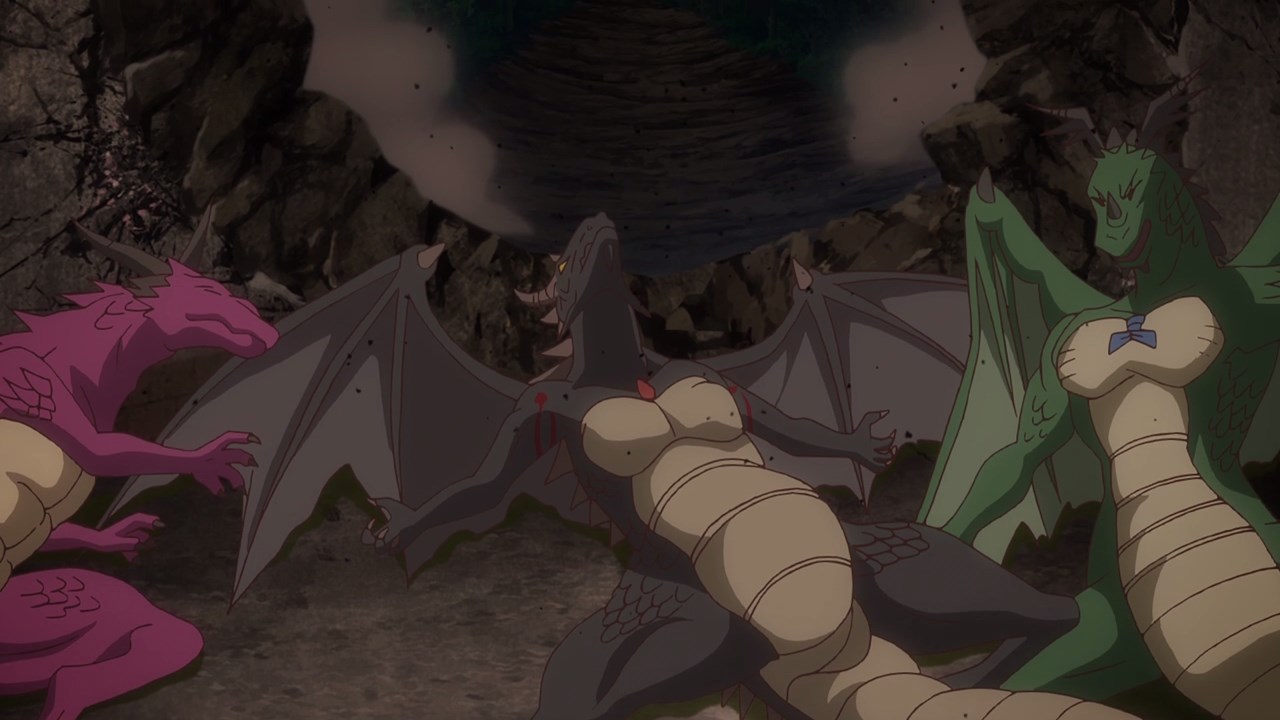 Still, Mile’s powerful attack knocked out the elder dragons. They’re still alive though, but at least Mile has finally rescued her client and her friends. 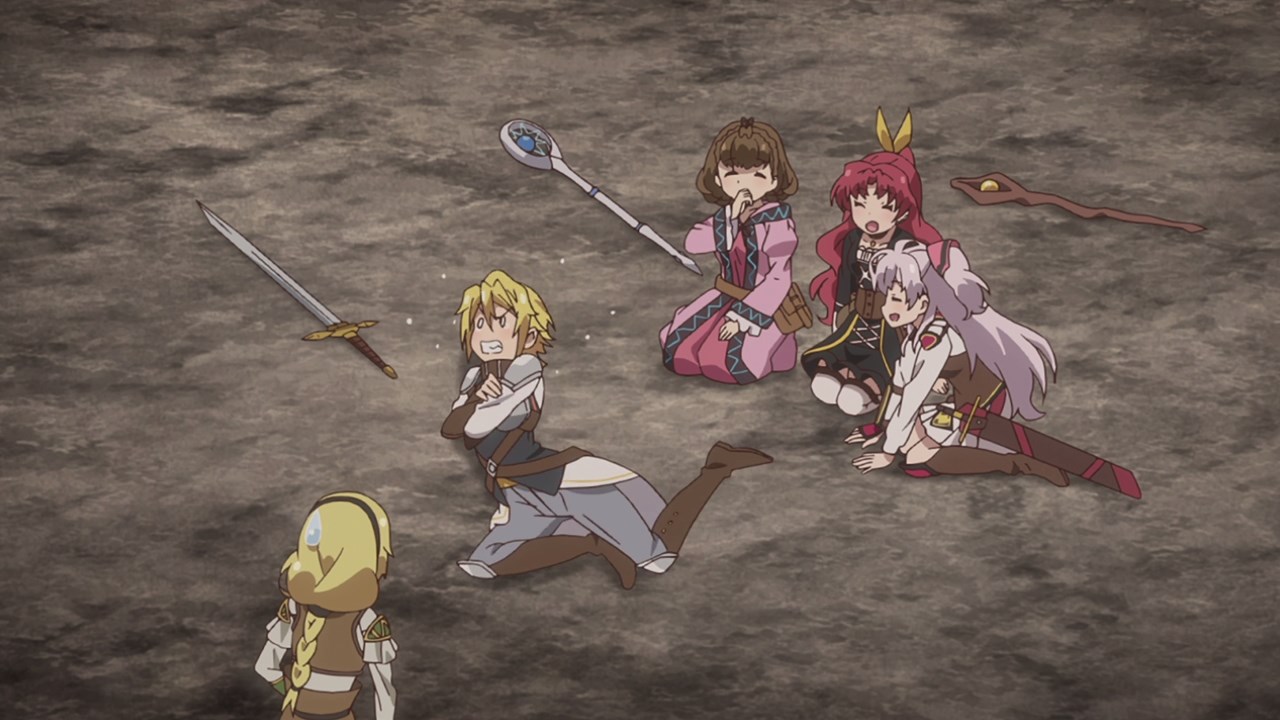 On second thought, I think Reina and Pauline will need to heal Mavis von Austien as her body is aching pretty badly after drinking Mile’s nanomachine-laced potion. 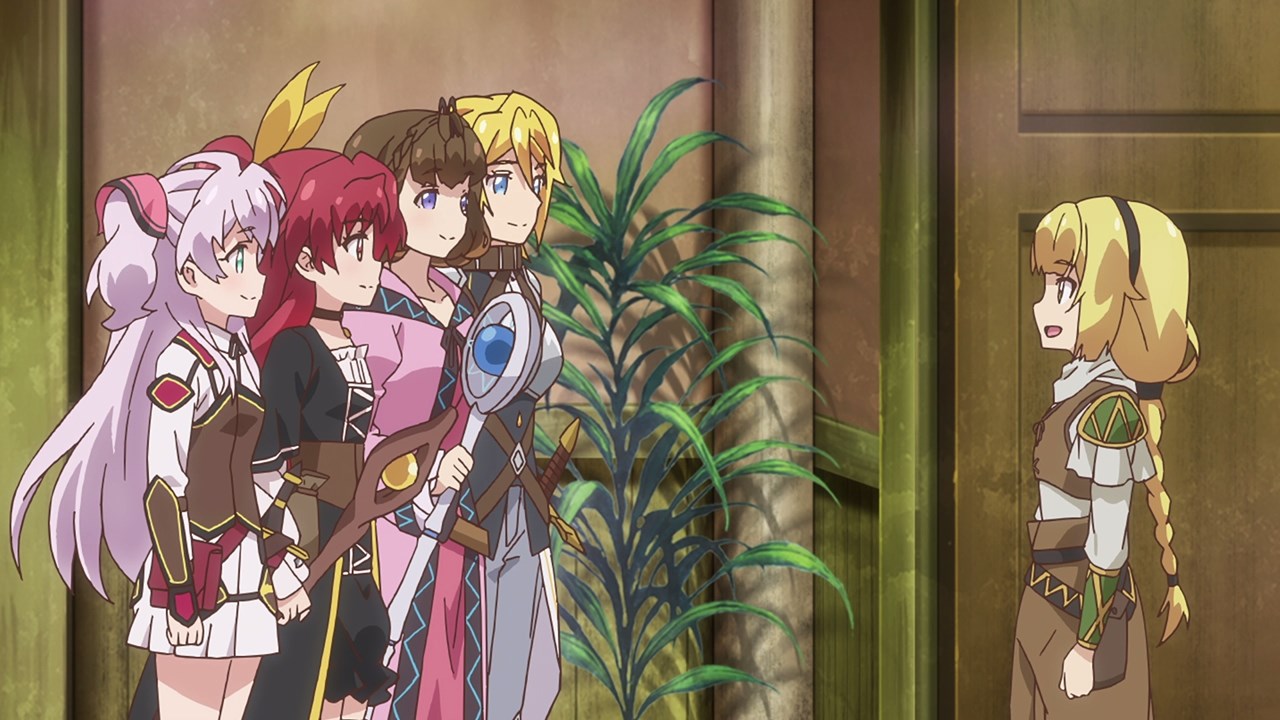 Now then, time for the epilogue as the elven researcher thanked the Crimson Vow for rescuing her crew. And while Mile and her friends will get a reward, I think they’ll meet the researcher again in the future.

On the other hand, they forgot to ask the name of the elven researcher. Oh well, seems that they’ll ask her the next time they meet, but I know the name of this researcher which she calls herself as Dr. Clairia. 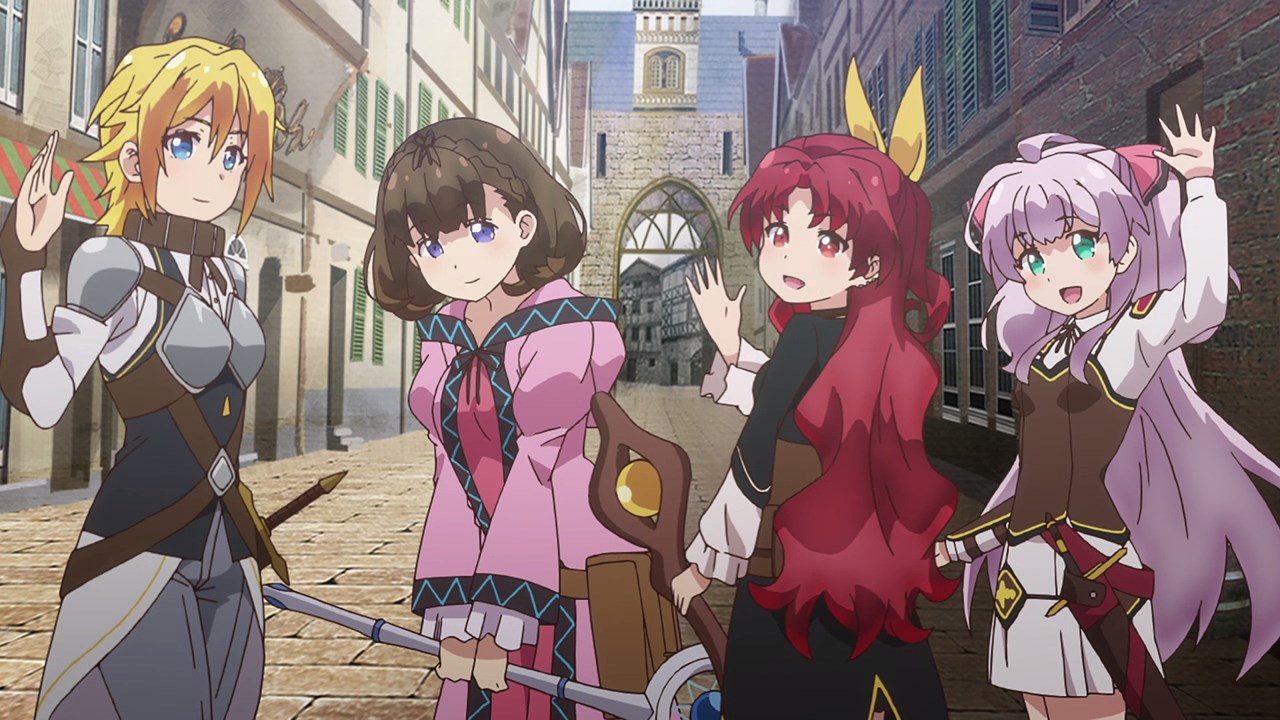 Afterwards, it’s time for the Crimson Vow to leave their place behind as they’re aiming to become B-Rank Hunters or even higher than that. 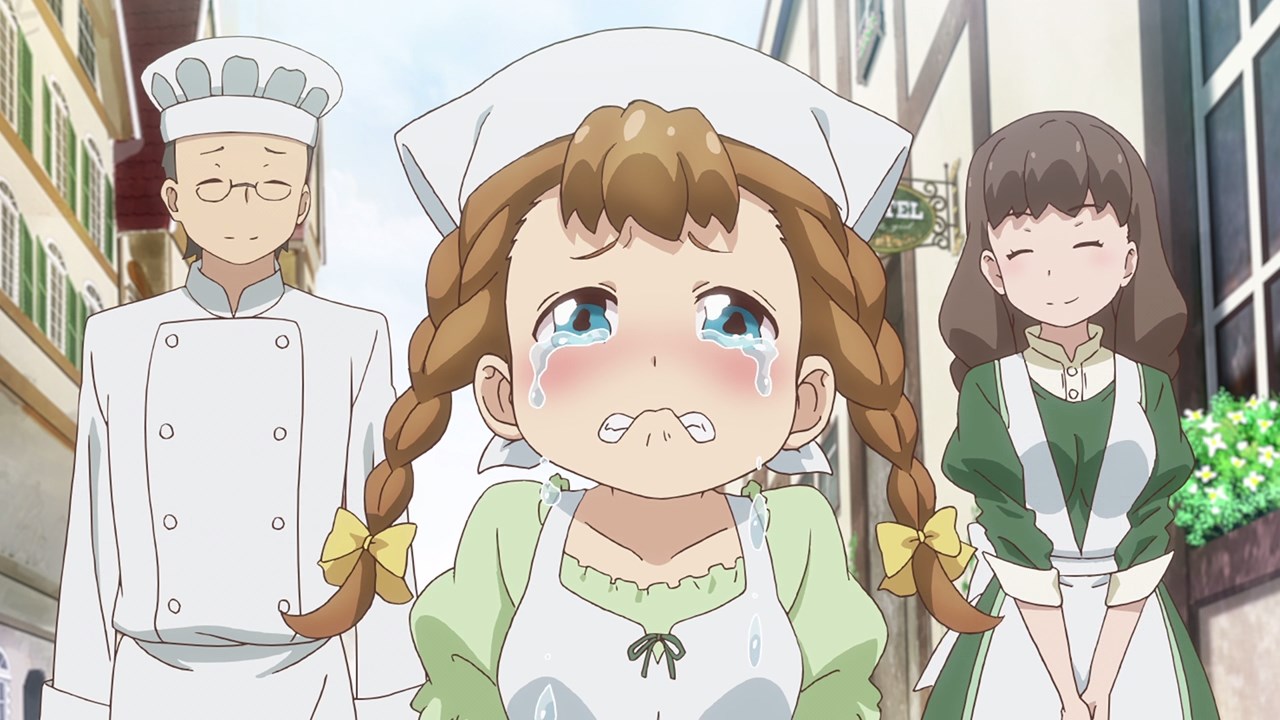 As for Lenny, looks like she’s sad that Lenny lost a customer who can be used a part-time employees for her family-owned cafe. Sorry Lenny, but Mile and her friends are aiming for something big! 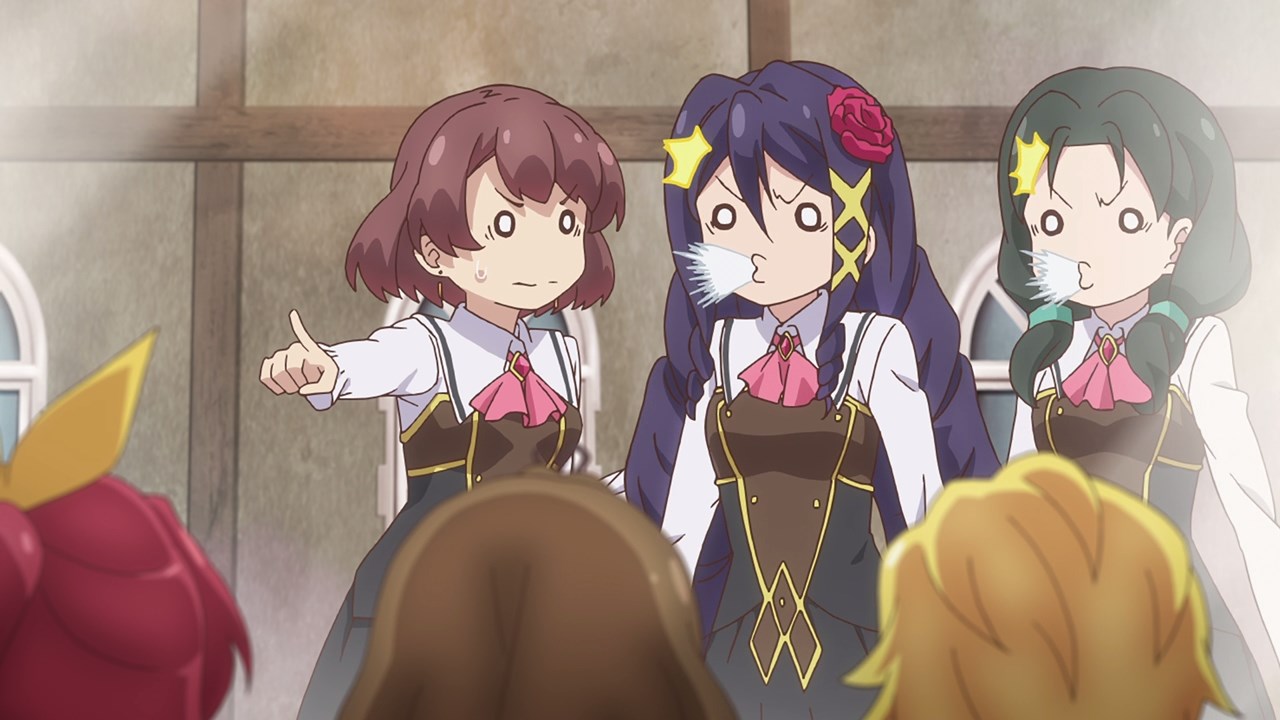 Meanwhile, here’s Marcela, Monika, and Aureana as they found something that they’re caught off-guard. 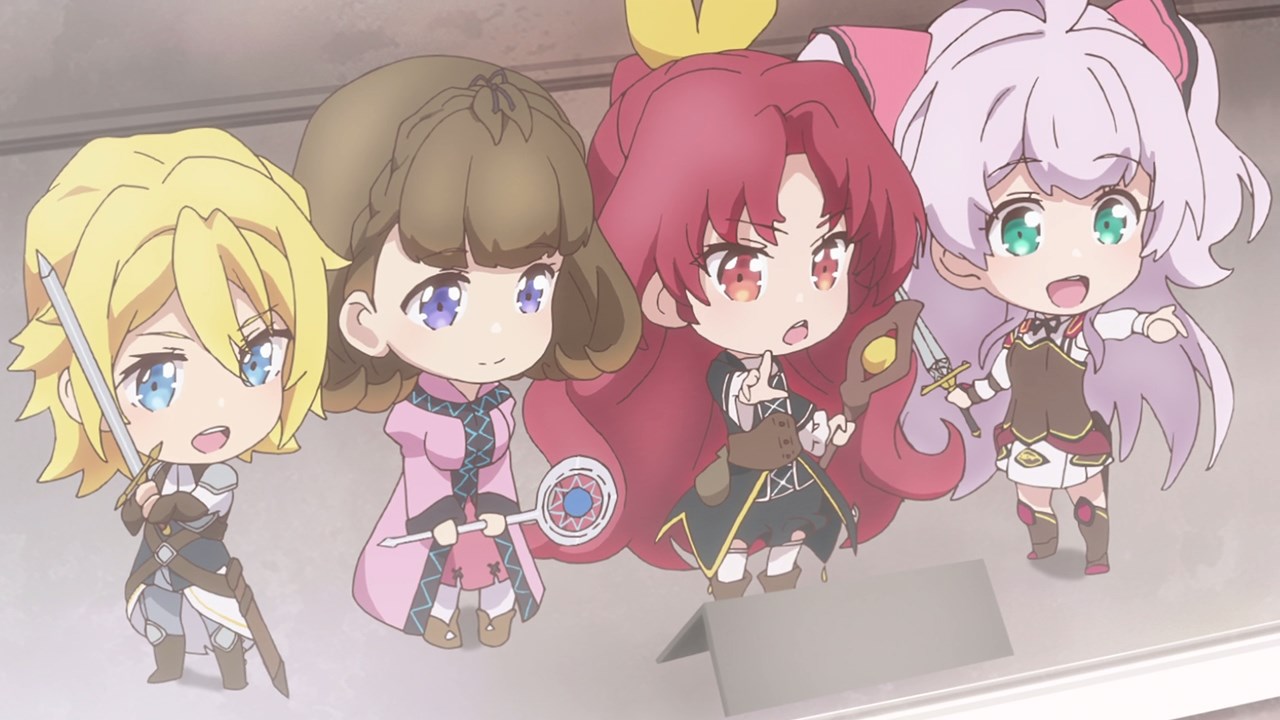 Turns out, this store is selling figures of the Crimson Vow, including Mile (or Adele von Ascham) where Marcela and her friends are currently searching for her. 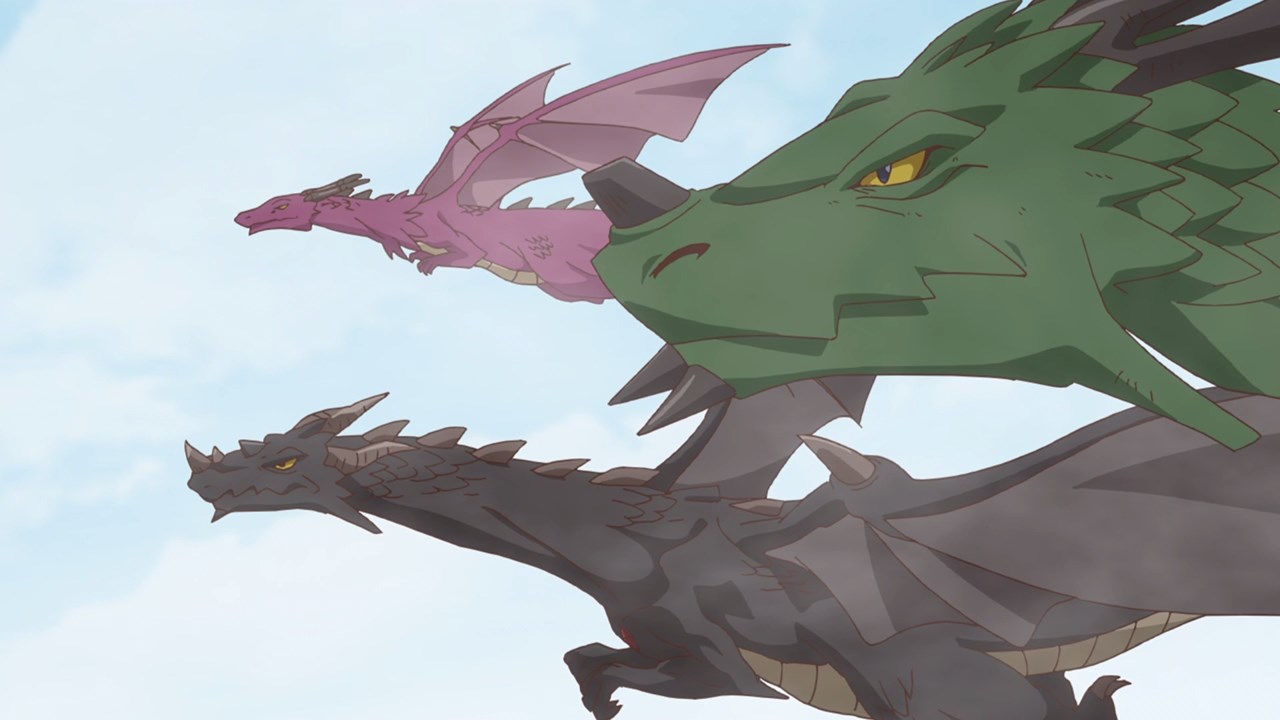 And lastly, here are the elder dragons and while I don’t know their true intentions are given that they failed to get their hands on ancient technology, I’m sure that Mile and her friends will encounter those dragons because they’re considered as a new threat. 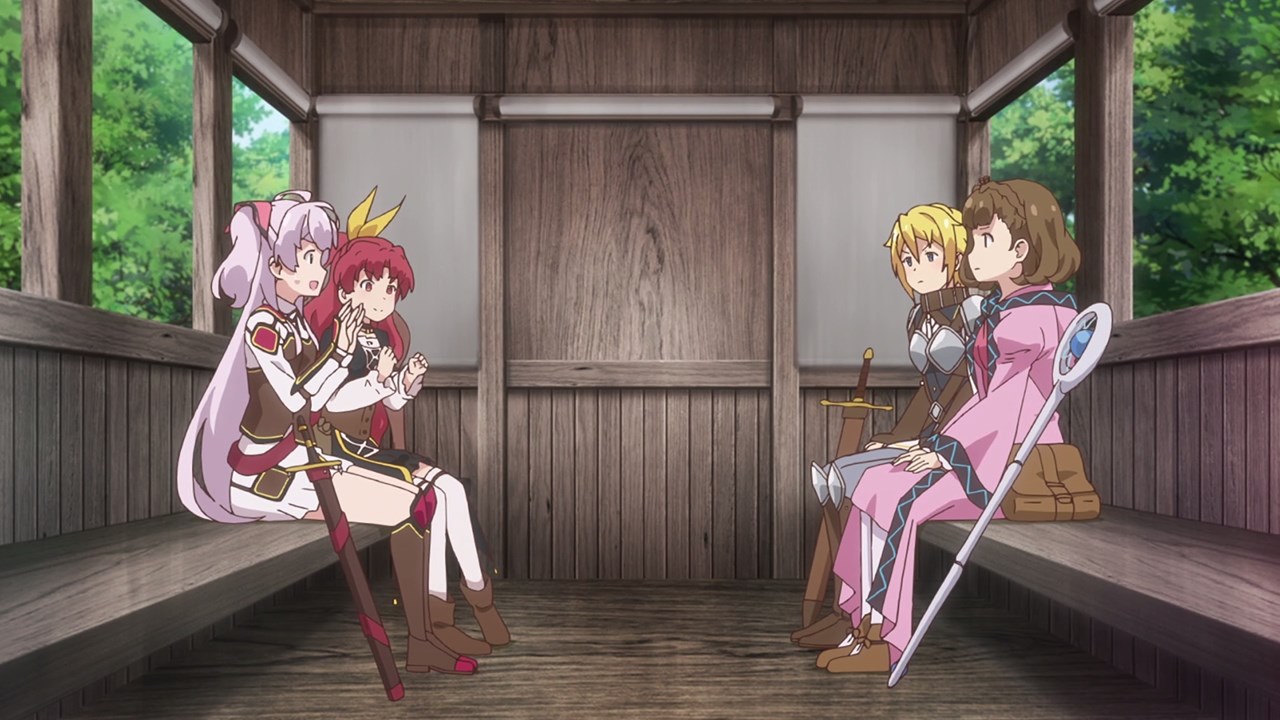 But anyways, that’s the end of this show as the Crimson Vow heads to another town, although I feel that it’s baiting me to read the novels because there are some plots that are not yet resolved, especially Mile’s run-in with her apathetic family as well as elder dragons in which it give me an idea that they’ll be involved in future arcs.

And sure that I found some interesting bits in NouKin such as Reina’s tragic backstory, everything else doesn’t click me at all. So while it’s an enjoyable isekai show to watch, I’ll be disappointed that it won’t have another season because there’s so much more story to tell.

Anyways, looks like it’s time for me to say farewell to Mile and her friends! Of course, she won’t get an average life in another world…