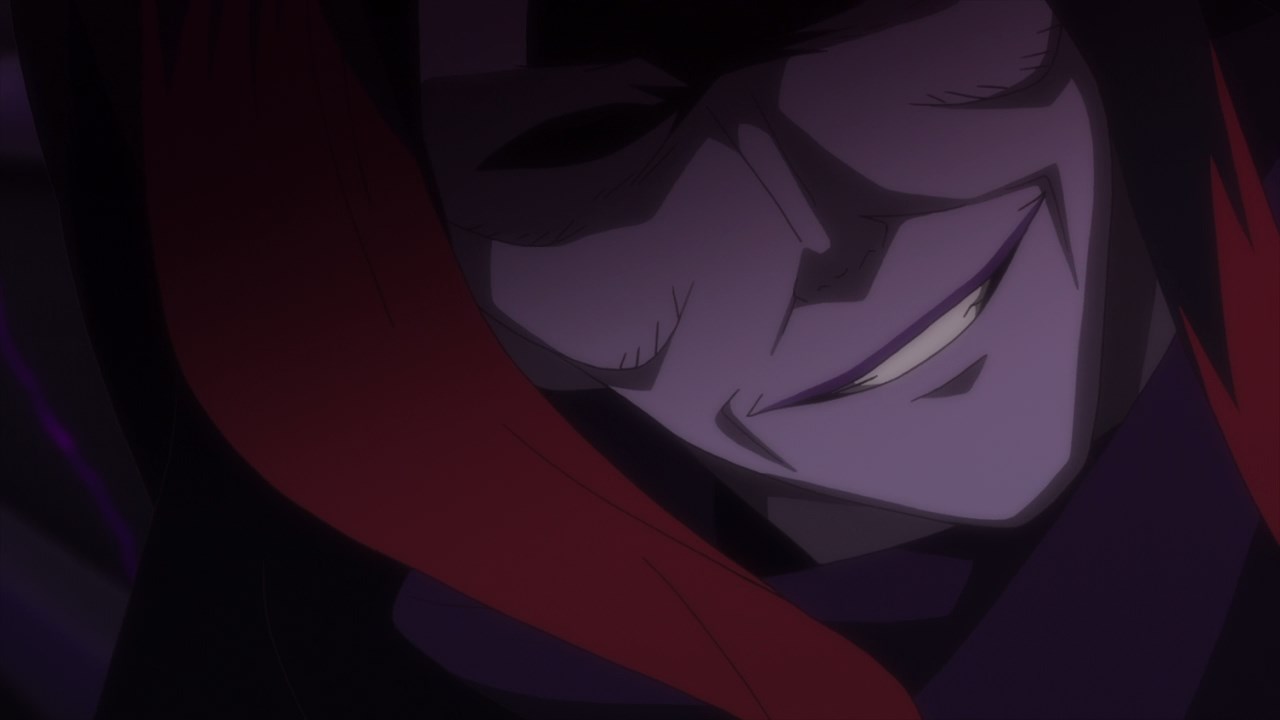 Hey everyone, here’s the Demon Lord that terrorizes the world of Gaeabrande as this is the final episode of Shinchou Yuusha!

Glad that White Fox managed to finish animating this episode on-time instead of delaying it to next year. Kudos to the animators for their hard work! 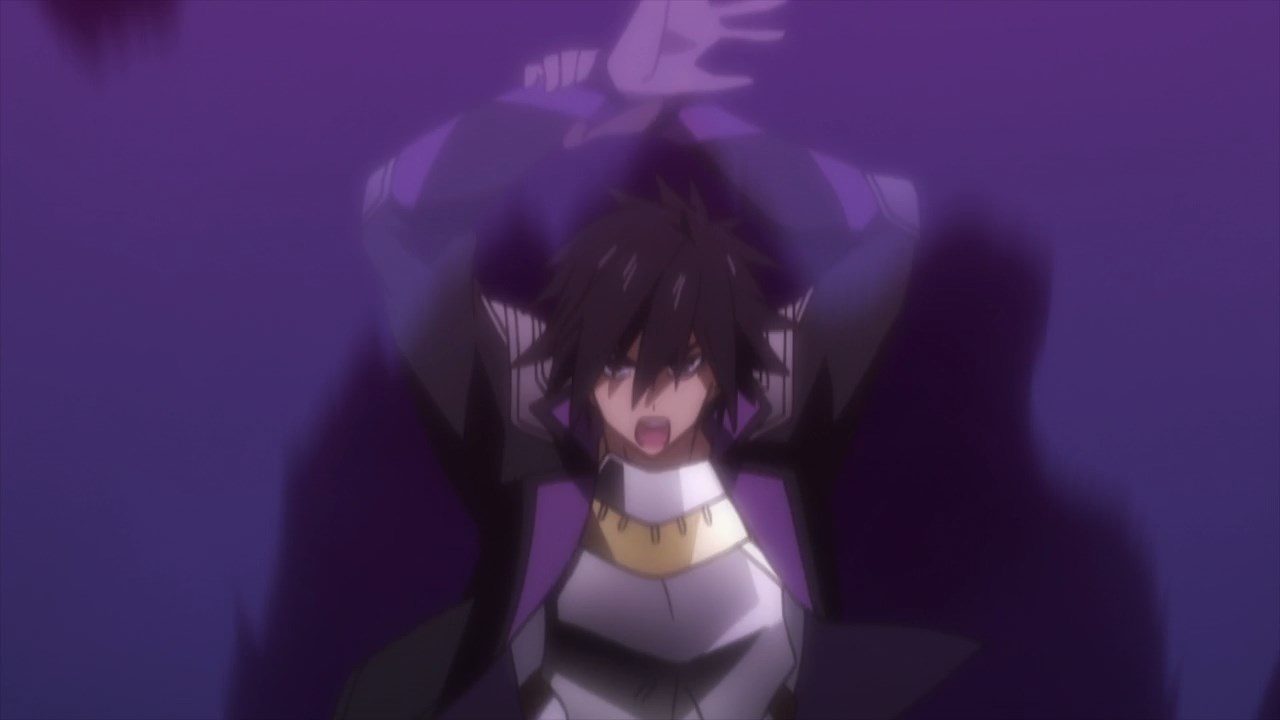 Now then, here’s Seiya Ryuuguuin where he’ll use the Gate of Valhalla to destroy the Demon Lord since his sword is ineffective. Of course, using Valkyrie’s ultimate technique is life-threatening. 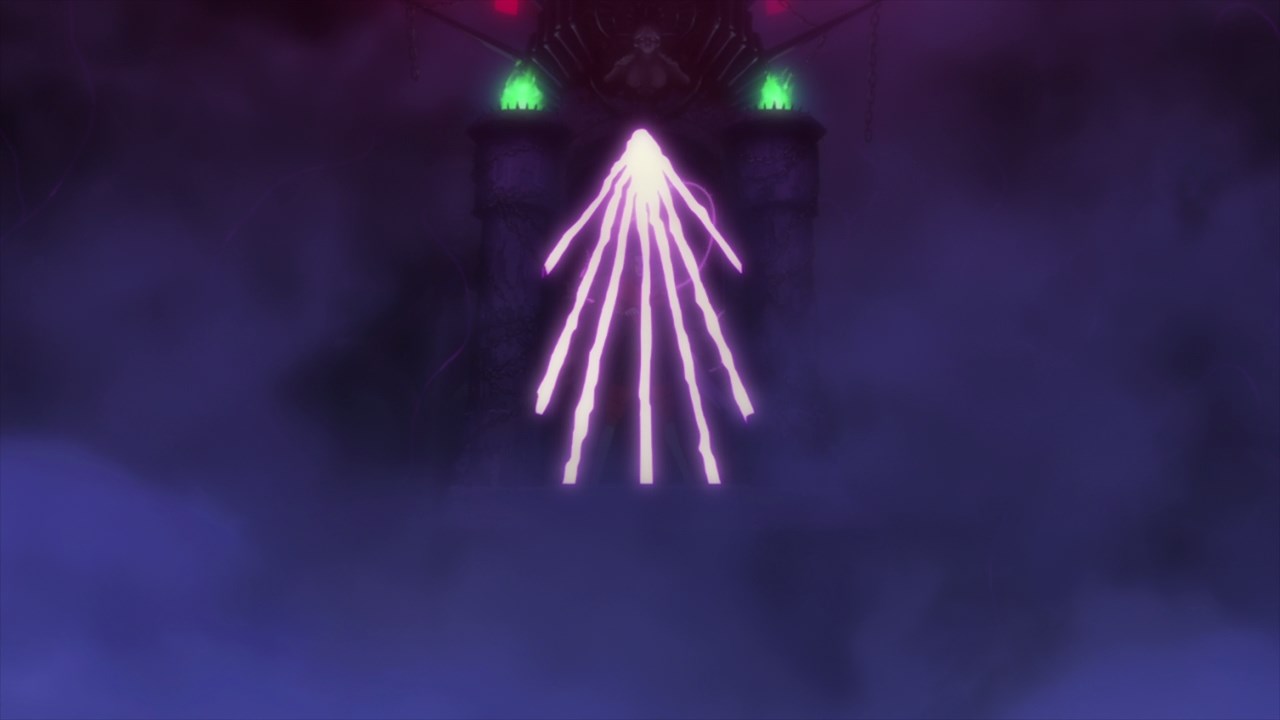 Still, Seiya managed to trap the Demon Lord inside the Gate of Valhalla, ready to be devoured into the void. Well, I guess it’s over right? 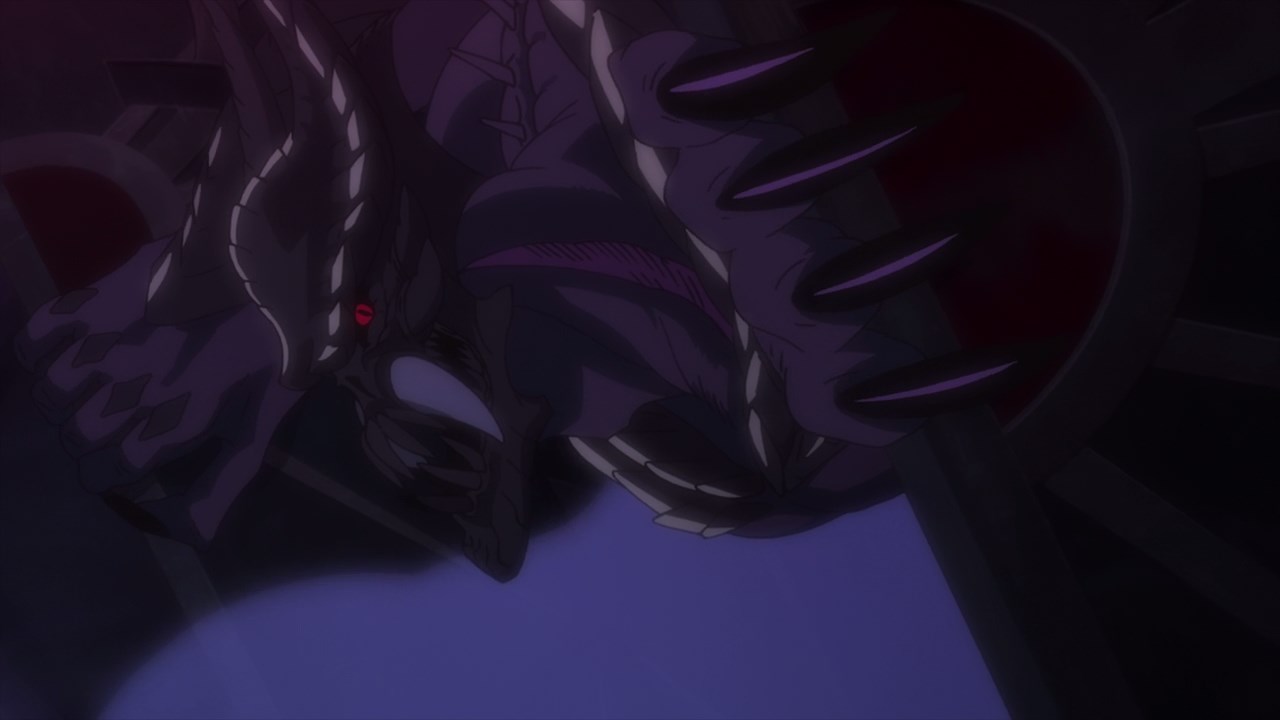 Nope, ’cause the Demon Lord doesn’t want to die just yet as the final boss is trying to escape. Gotta say that he’s one hell of a monster to fight as the Demon Lord refused to give up! 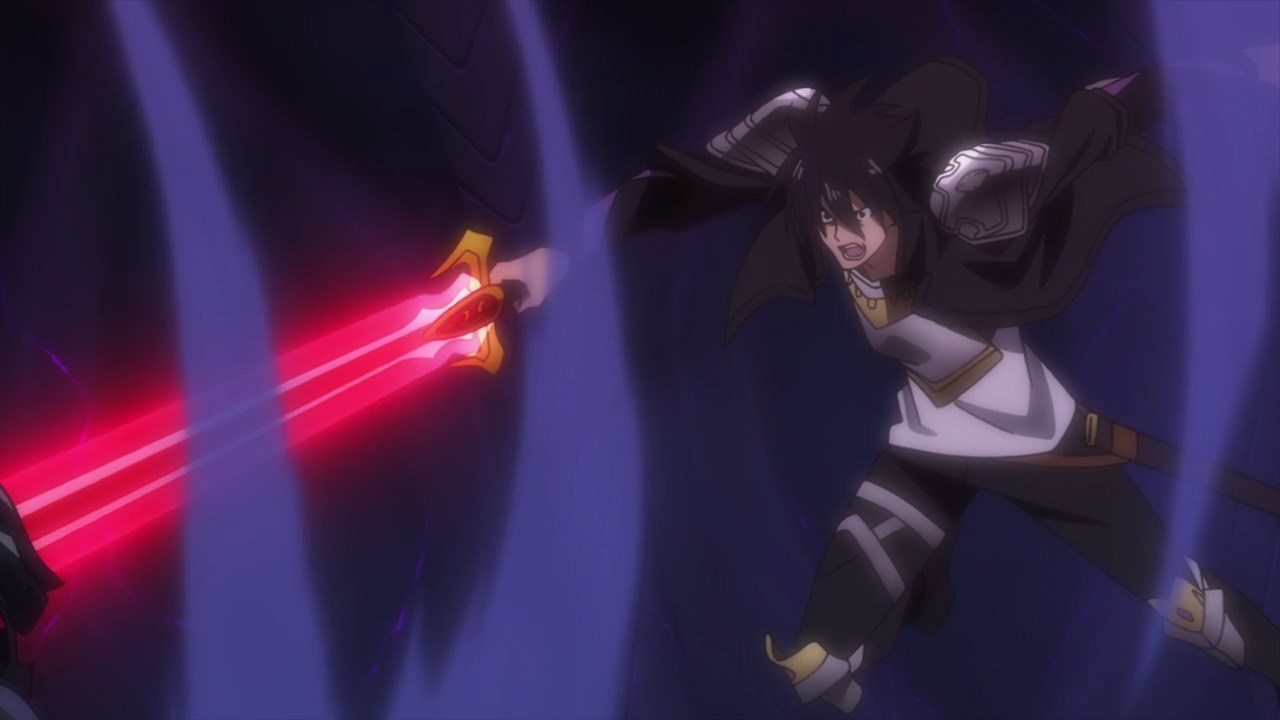 Unfortunately for him, Seiya Ryuuguuin lend the power of the Norse Gods (plus Ristarte’s divine hair) to enhance his sword to finish the Demon Lord off. 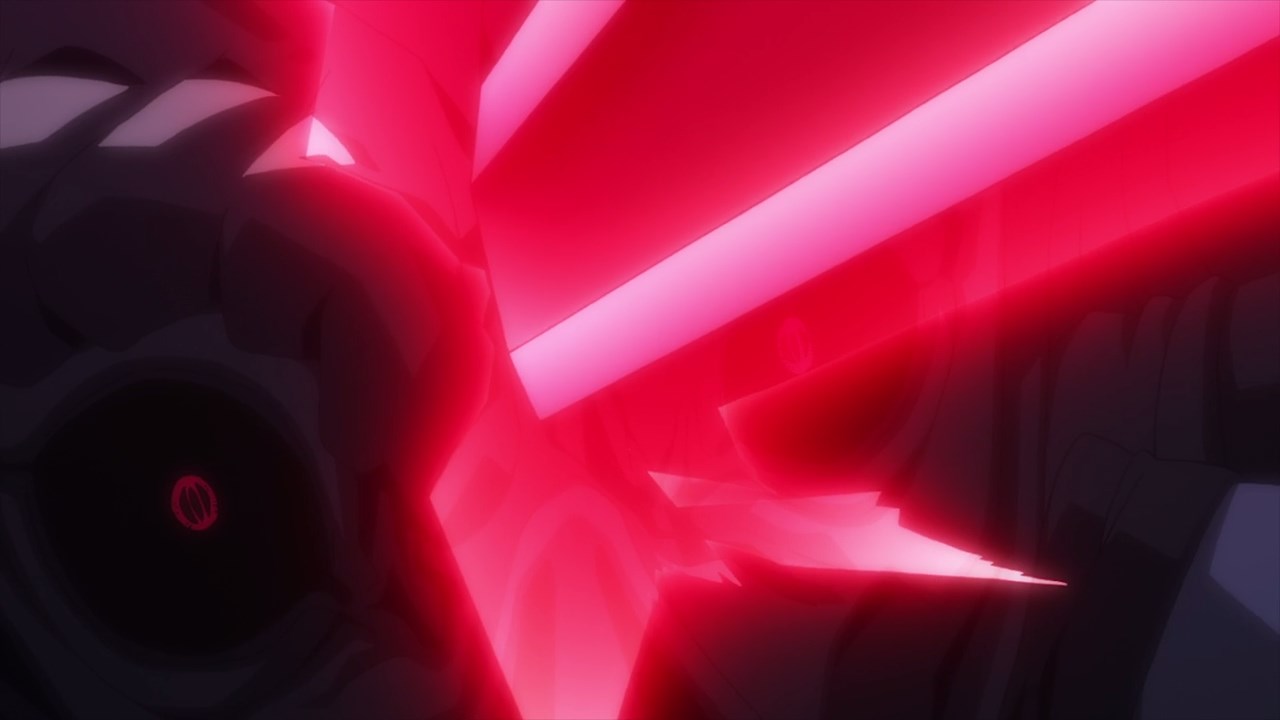 And I have to say that Seiya’s Valhalla Thrust is super-effective. Well, looks like Seiya’s victory is in the bag! 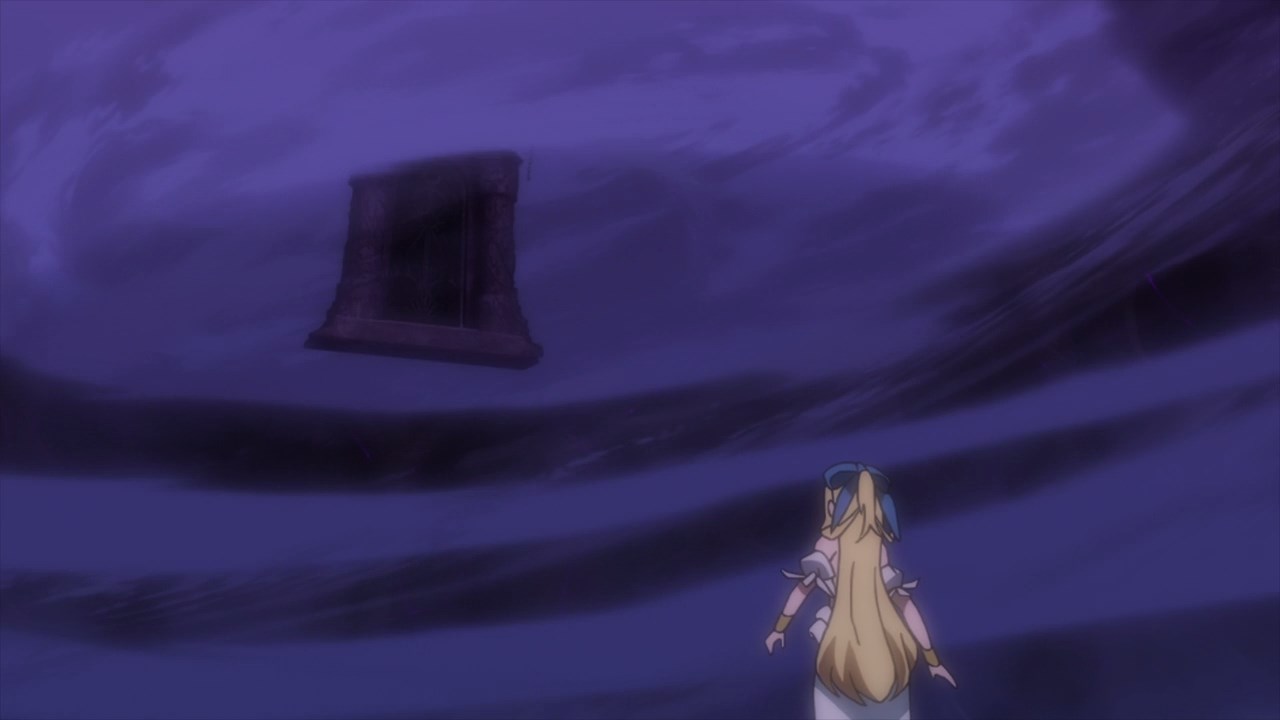 And so, the Gate of Valhalla is finally closed as the Demon Lord is soundly defeated. 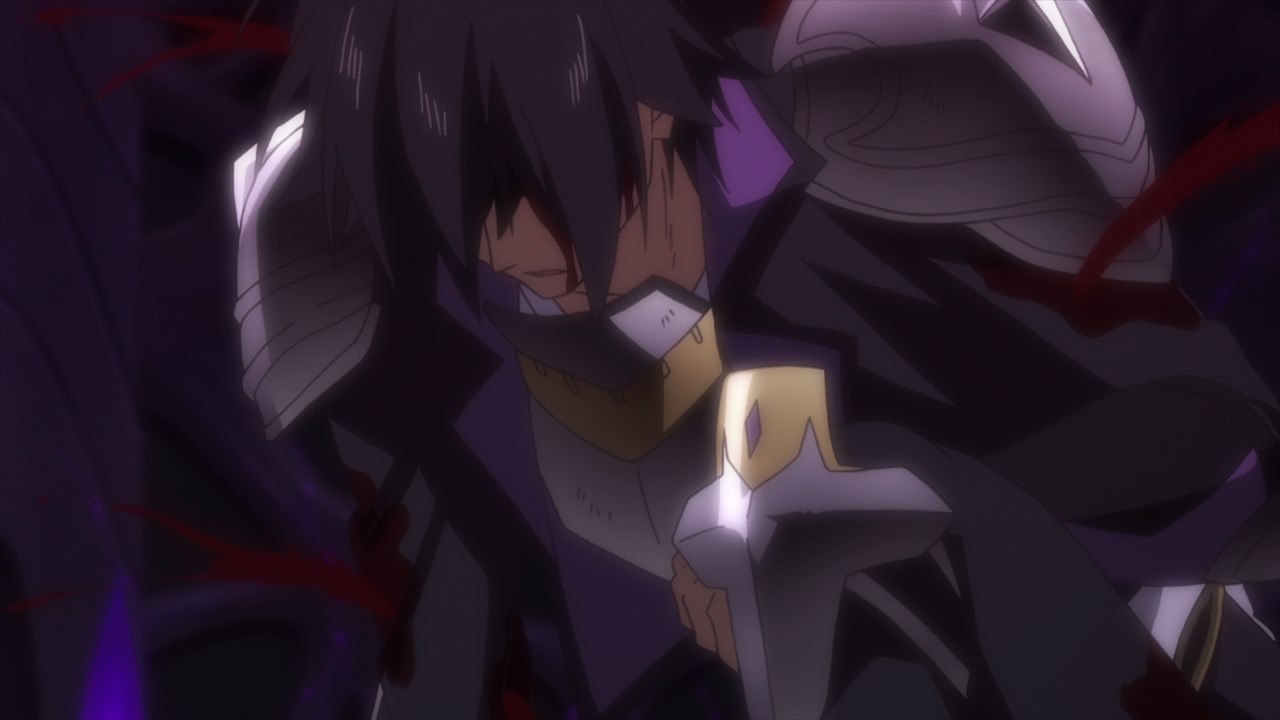 But, the side-effect of using Valkyrie’s ultimate technique is kicking in as Seiya’s body is bathed in his own blood. At this point, he’s gonna die. 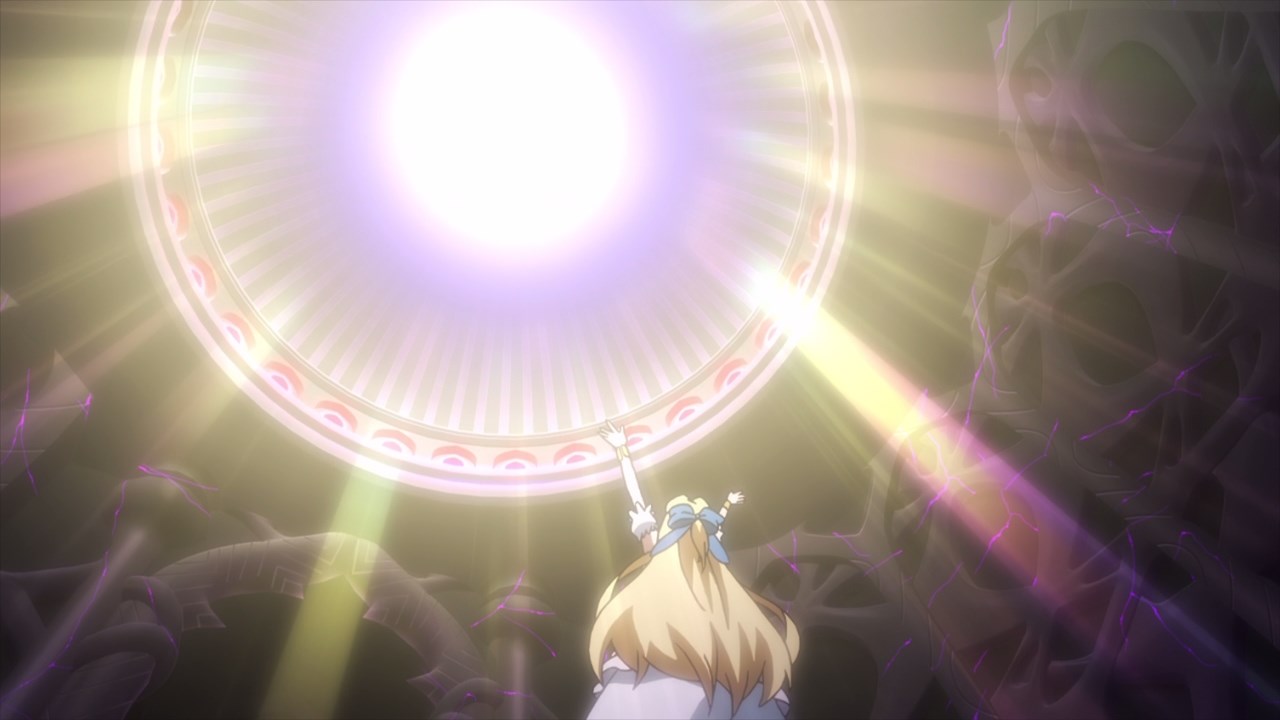 So, Ristarte decided to use her ultimate goddess powers in order to heal Seiya Ryuuguuin.

Of course, unlocking her powers would come at a price as Ishtar will hand her a severe punishment afterwards. 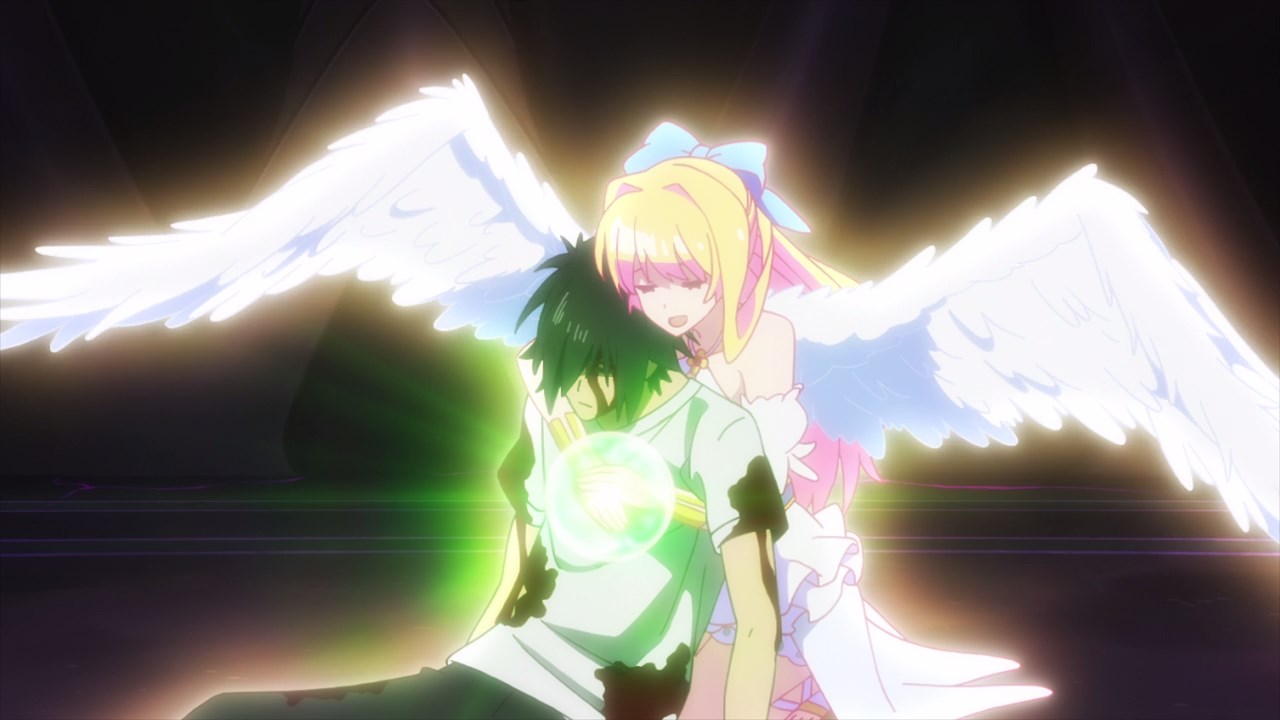 Then again, she doesn’t care of being punished so long as Ristarte fully-heals Seiya Ryuuguuin until the bleeding stops. Well then, I guess we’re done here at the Demon Lord’s Castle! 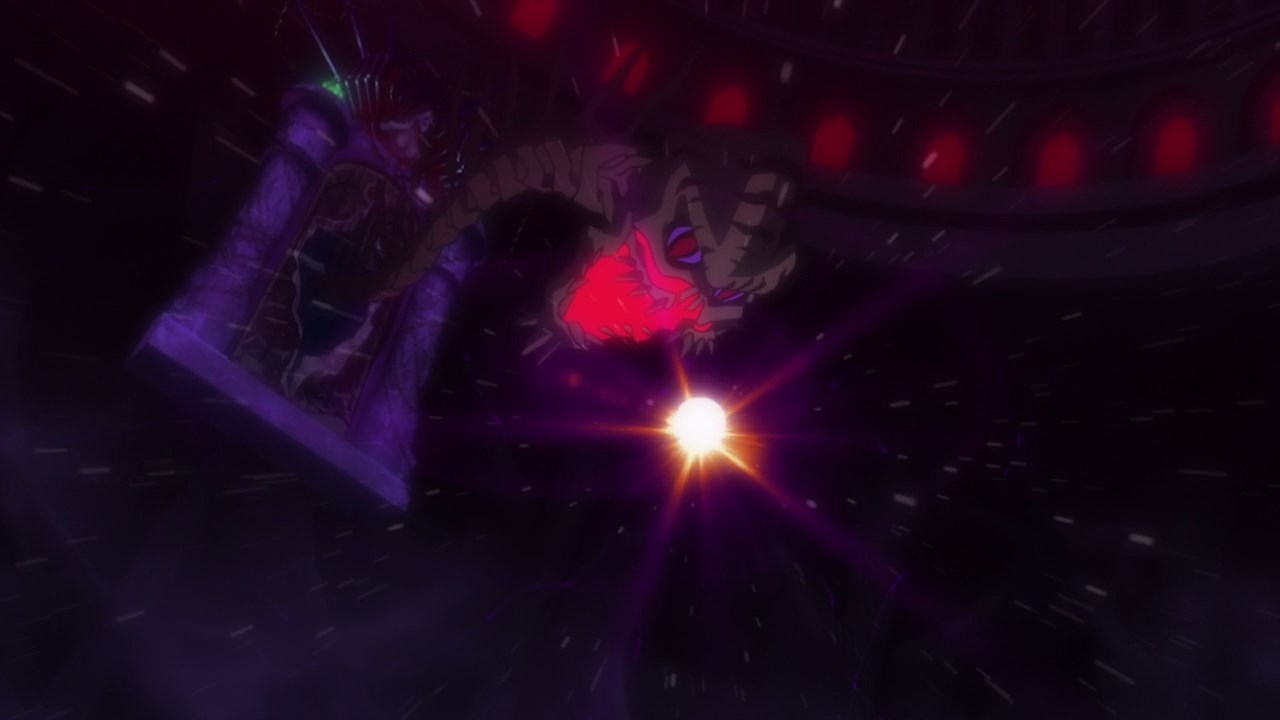 Actually, I’ll take it back because the Demon Lord that terrorizes Gaeabrande is about to pull a last-ditch attack against the cautious hero… by blowing the place up! 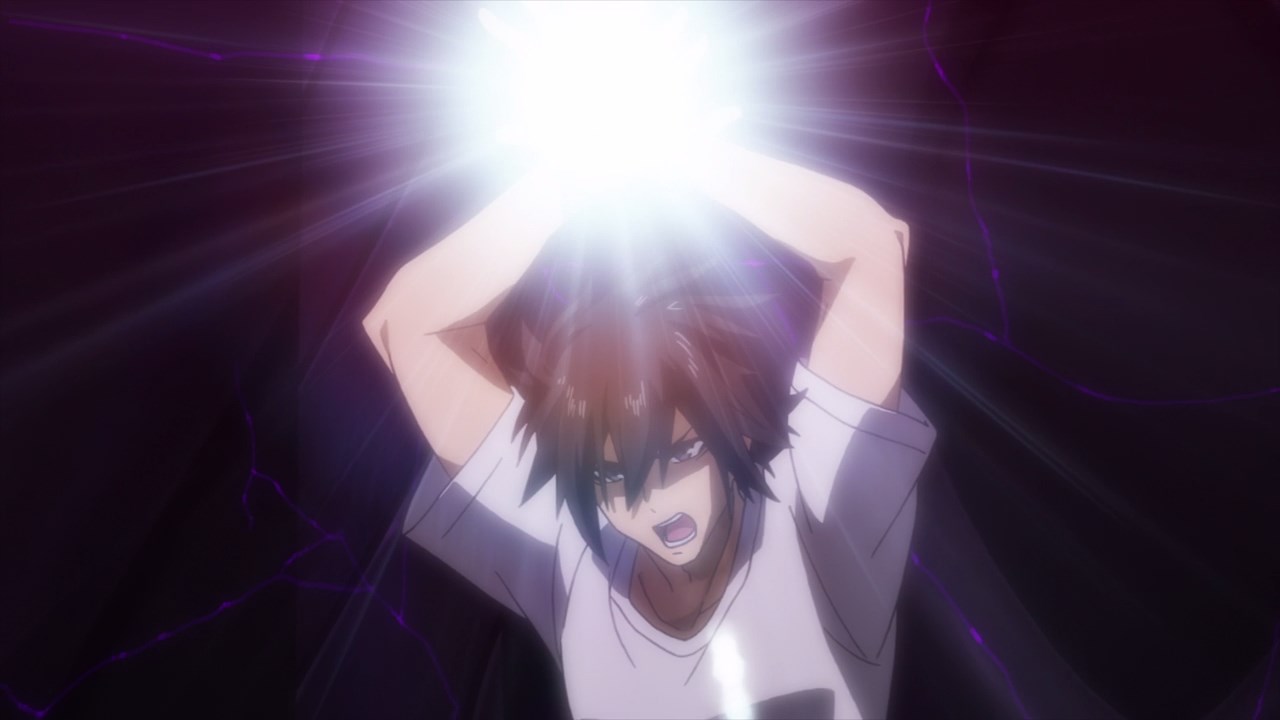 Of course, Seiya Ryuuguuin won’t let that happen as he already learned his past mistakes

So to make sure that the enemy will remain dead, Seiya will summon another Gate of Valhalla. 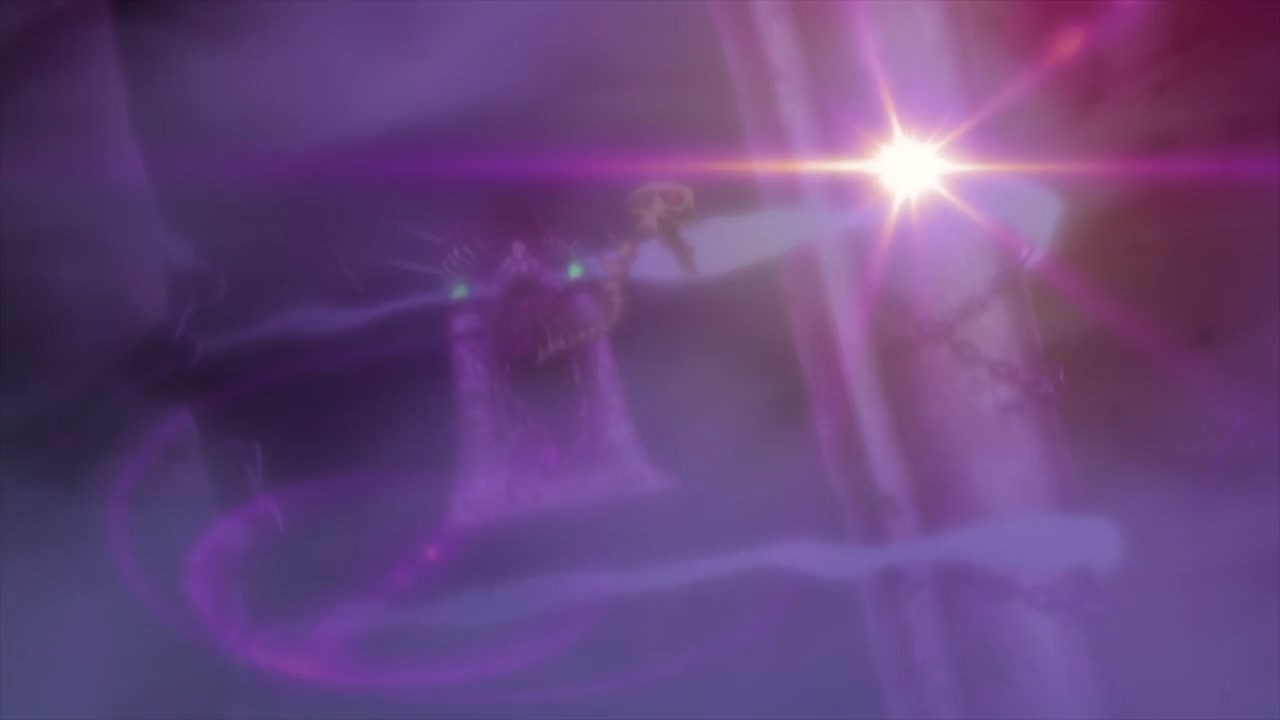 And this time, it’s bigger that it swallows the smaller gate along with the Demon Lord. C’mon, he’s perfectly ready to defeat the final boss without leaving a trace behind it. 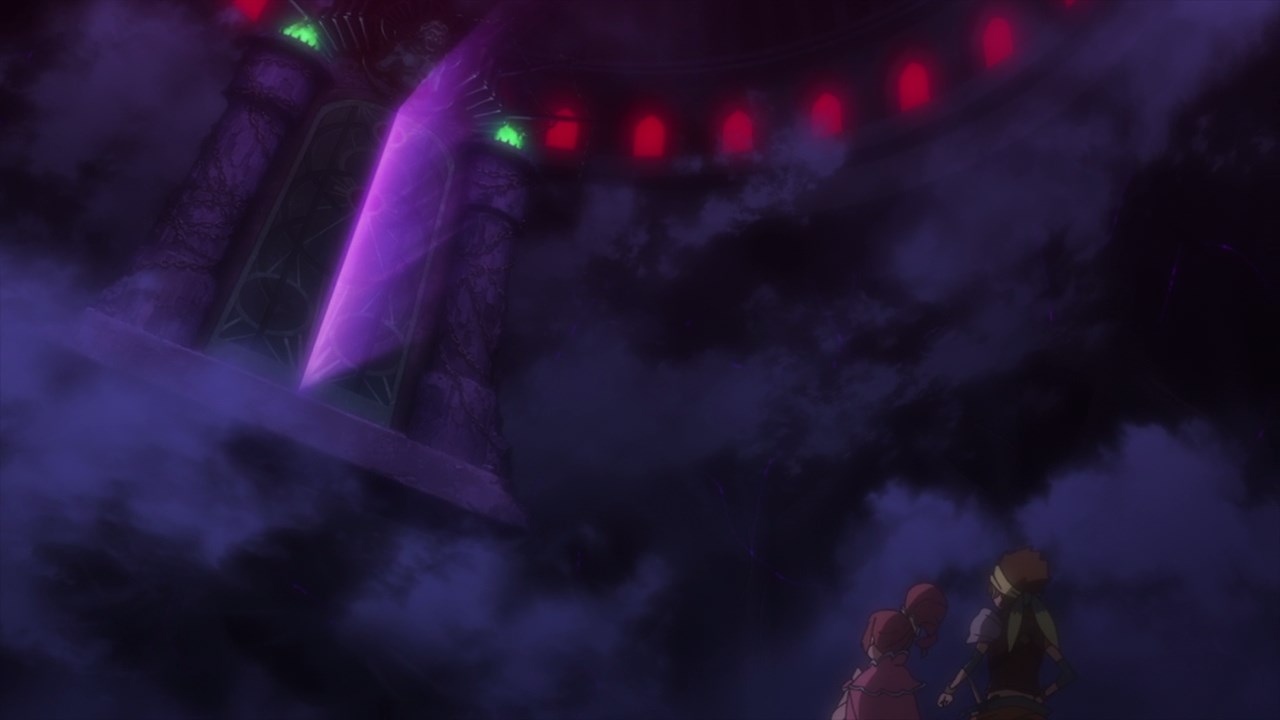 And so, the Gate of Valhalla is finally closed as the Demon Lord is soundly defeated… for reals this time. Yeah, the Demon Lord won’t survive being disintegrated into the abyss. 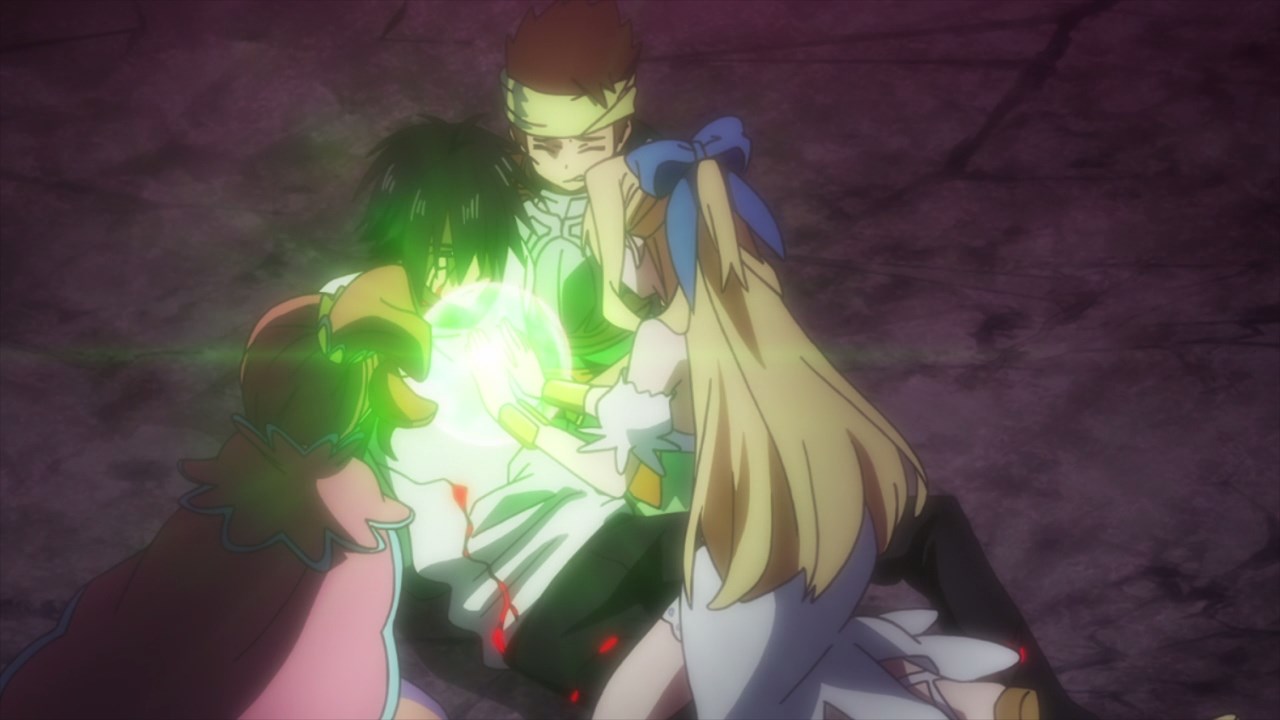 However, let’s not forget about the side-effect of using Valkyrie’s ultimate technique and this time, Seiya’s body is starting to crumble that Ristarte’s healing powers won’t keep it up. 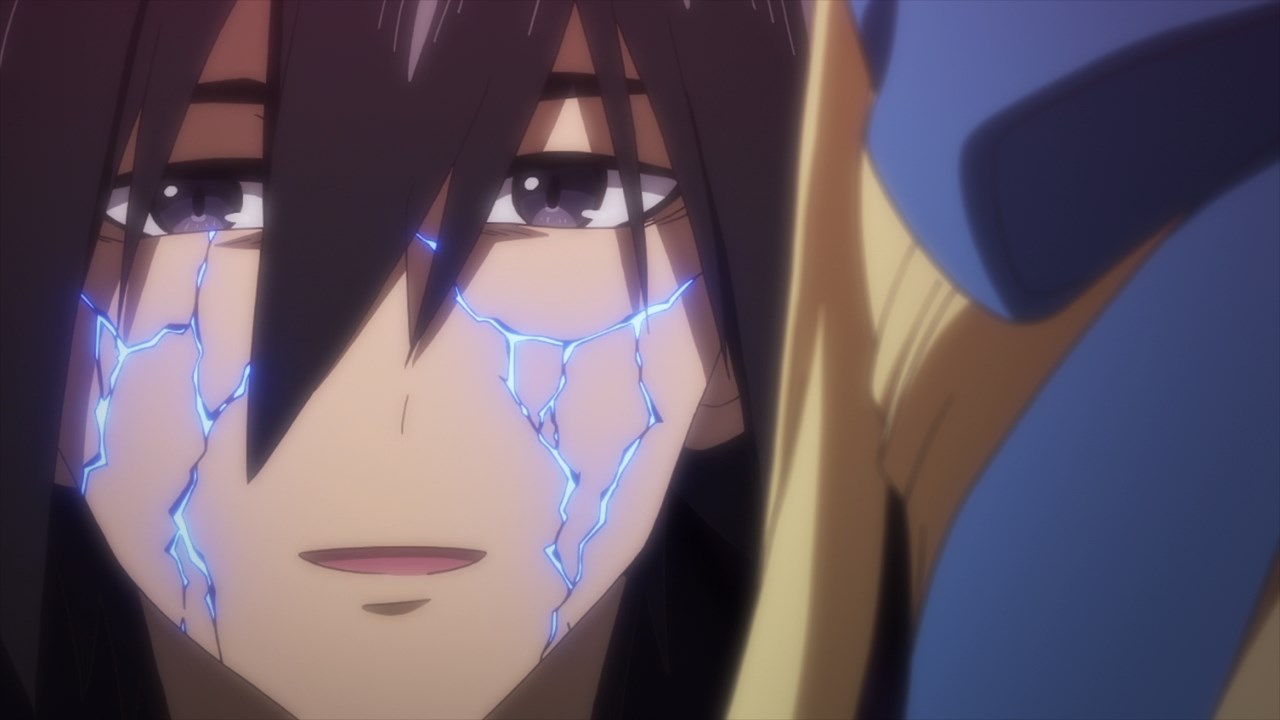 Anyways, Seiya Ryuuguuin thanked Ristarte for healing his wounds as he says goodbye to not only her, but also Eruru and Mash.

Also, it appears that Seiya finally remembered his previous life as he realized that Ristarte is actually the reincarnation of Princess Tiona. 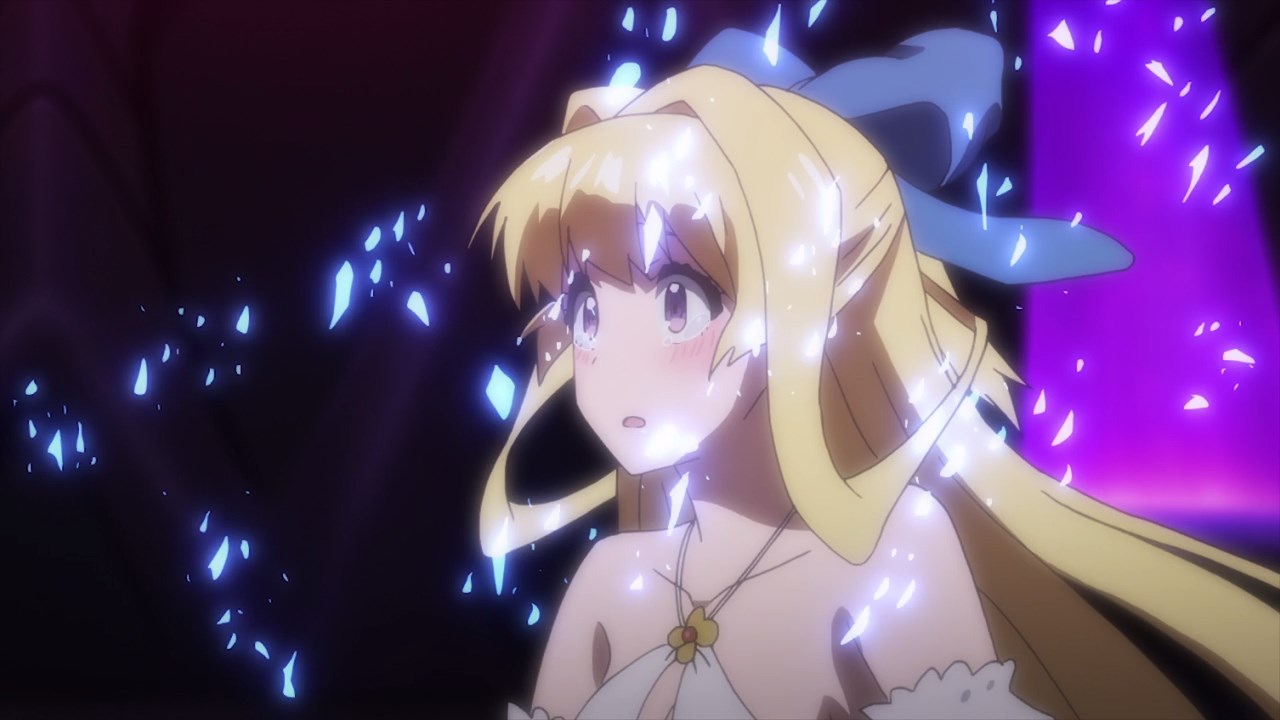 Sadly, his body has already turned to dust but anyways, I have to say that Seiya Ryuuguuin has no regrets on not only saving his companions, but the entire world of Gaeabrande. 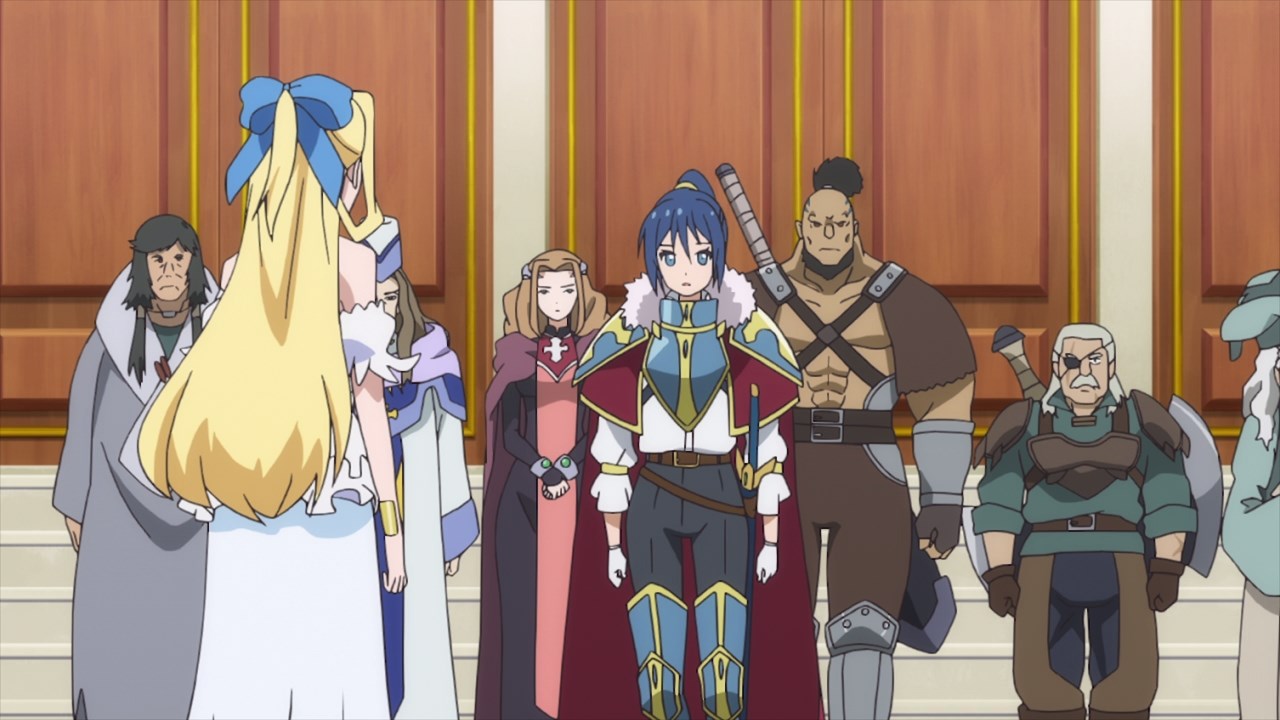 And now it’s time for the epilogue as Empress Rosalie Roseguard congratulates Ristarte for bringing Seiya Ryuuguuin to Gaeabrande and save the world from demons.

Then again, Rosalie is deeply saddened with the loss of her father, as well as Seiya where she couldn’t personally congratulate the hero for his efforts. 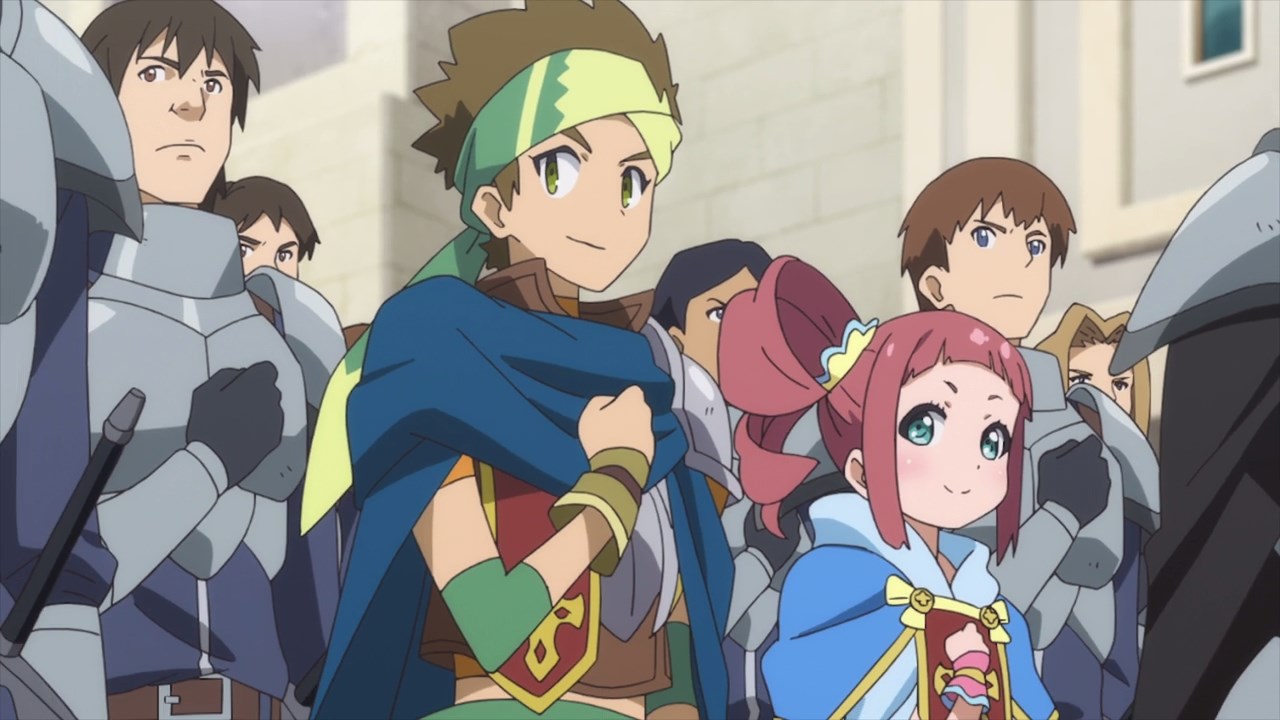 Also, here’s Mash and Eruru as these dragon-born warriors have joined the Imperial Knights in order to protect Roseguard should demons returned to terrorize once again.

It’s great that both Mash and Eruru can finally show their fruits of labor now that they’ve become knights. Then again, the only thing’s missing is Seiya Ryuuguuin. 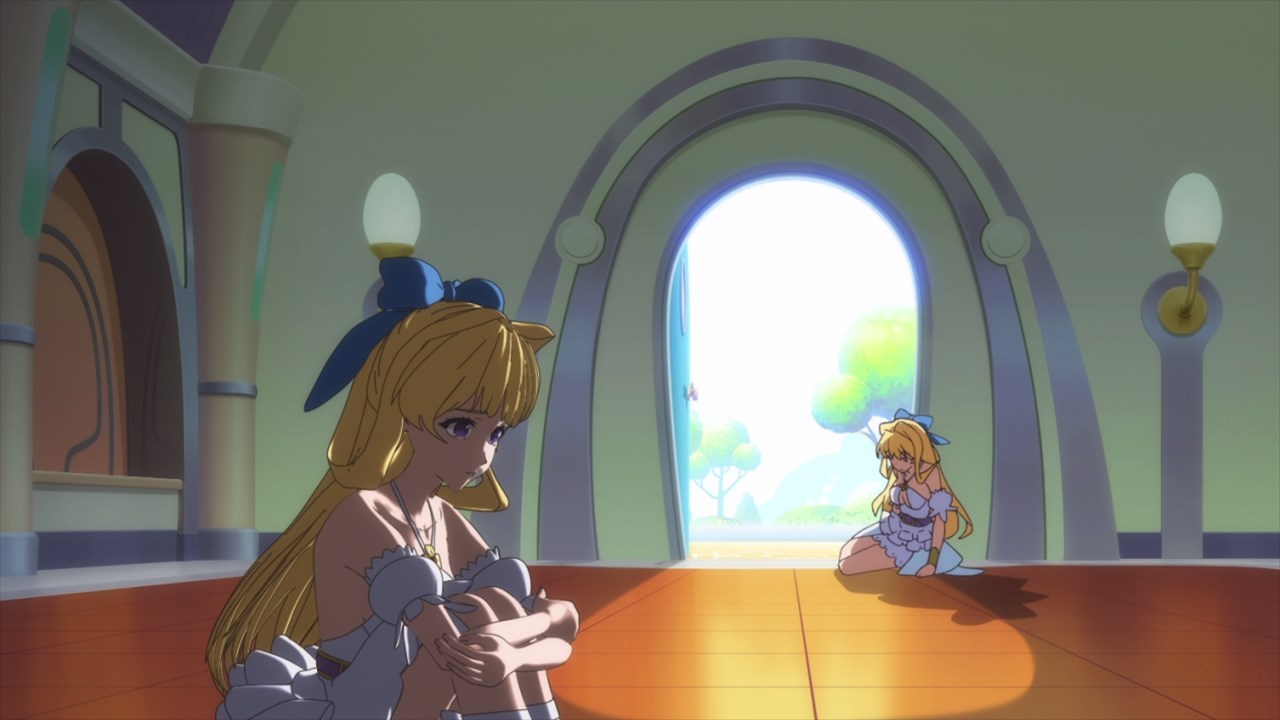 And really, she’s devastated that her house feels empty without the cautious hero. Then again, the real challenge for Ristarte is about to happen very soon… 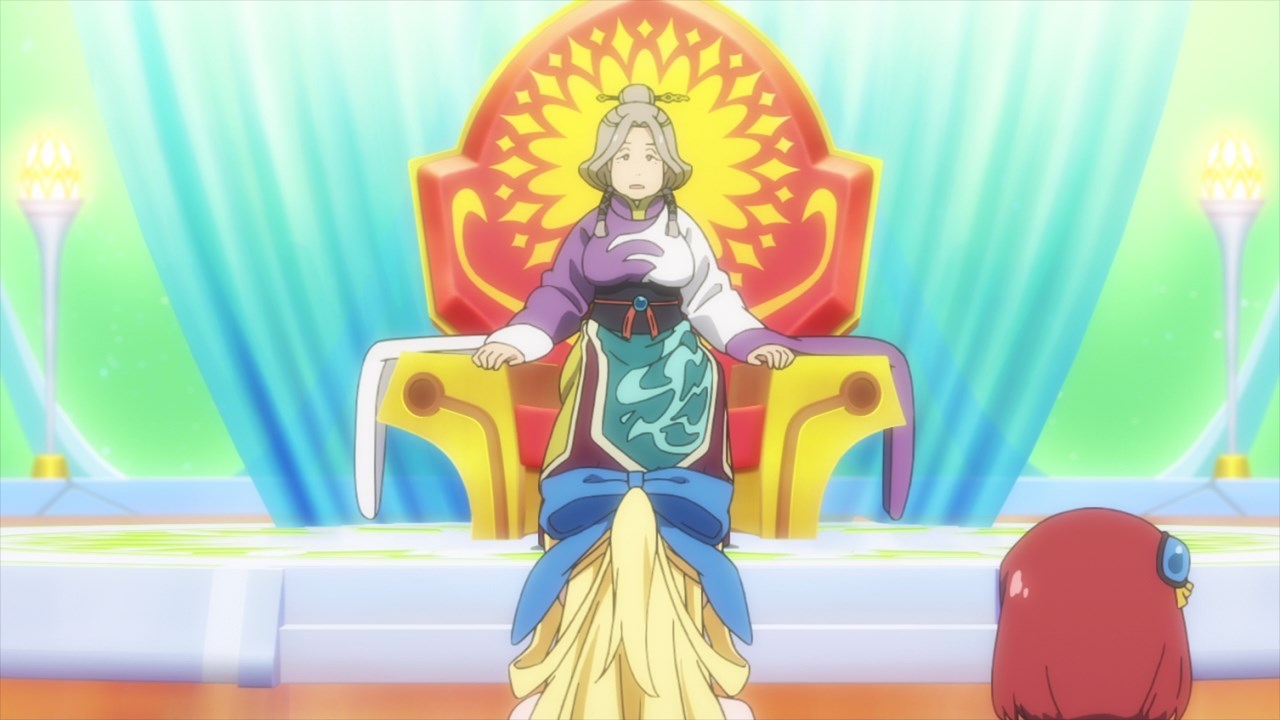 In fact, Ishtar told Ristarte that the gods have decided to send her to another world and liberate it from demons as part of Ristarte’s punishment, with the caveat of forbidding the use of divine powers or her status as a goddess will be revoked. 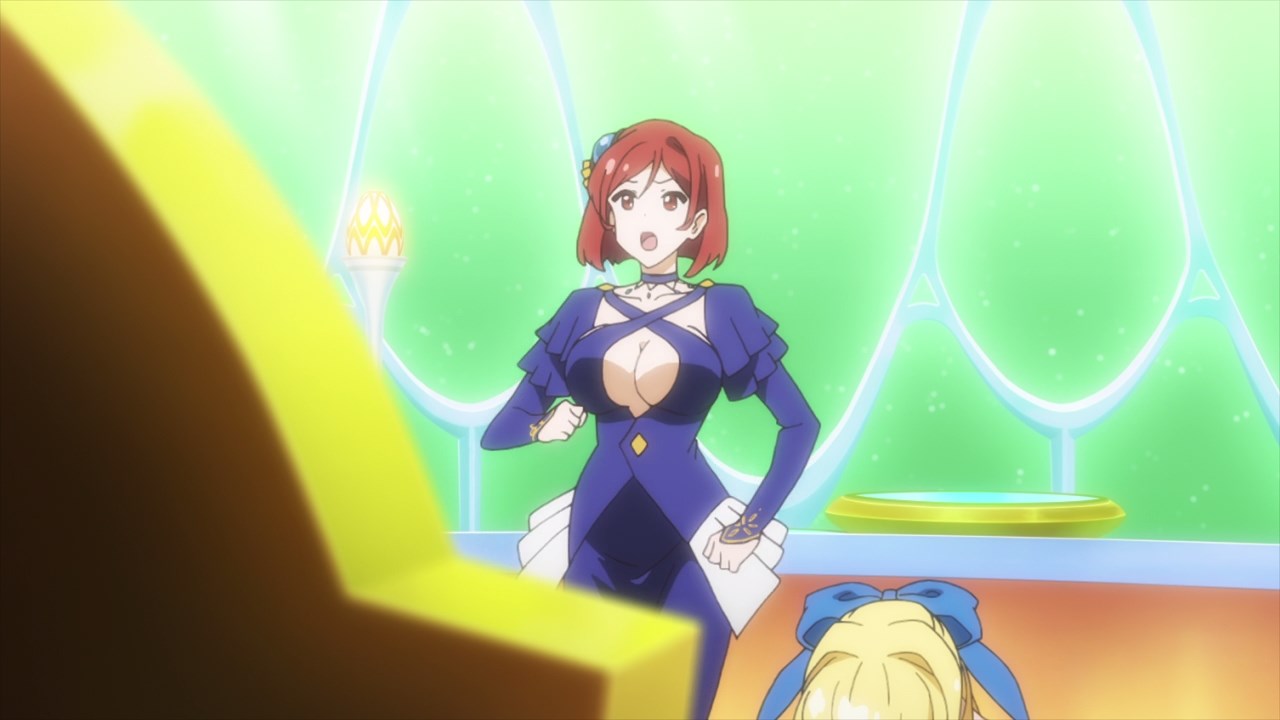 For Ariadoa, giving Ristarte another mission after liberating Gaeabrande is too much for her. Heck, Ariadoa is worried that the world she supposed to save might be more difficult than Gaeabrande. 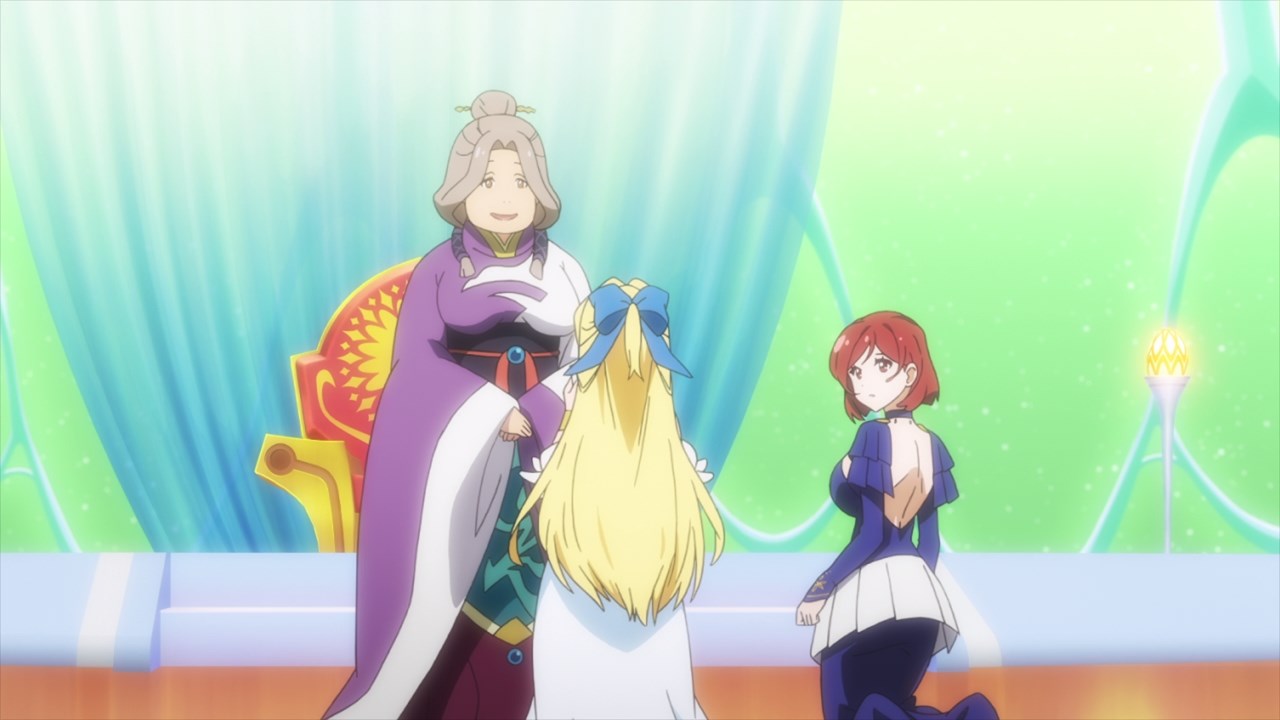 However, it appear that even though Ishtar forbid Ristarte to use her healing powers, there’s one hero who can handle it. 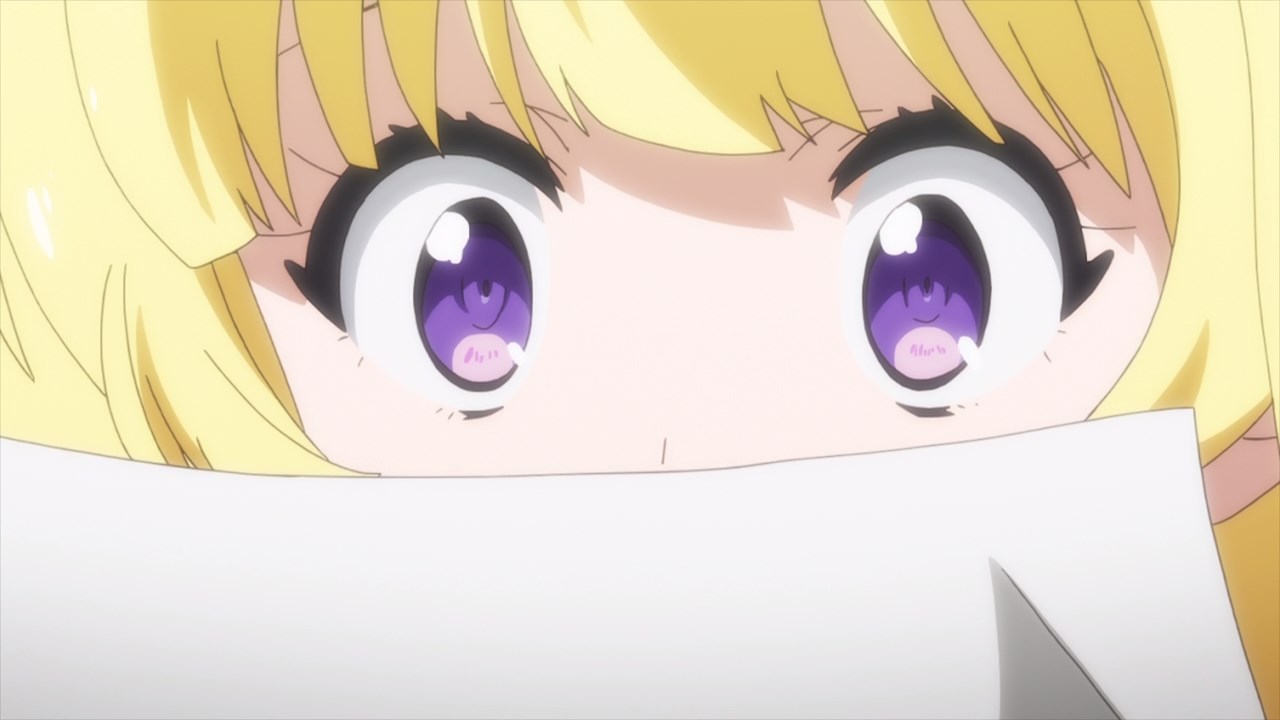 In fact, Ristarte is surprised to see one particular person upon looking at the paper. Who could that person be to become the hero? 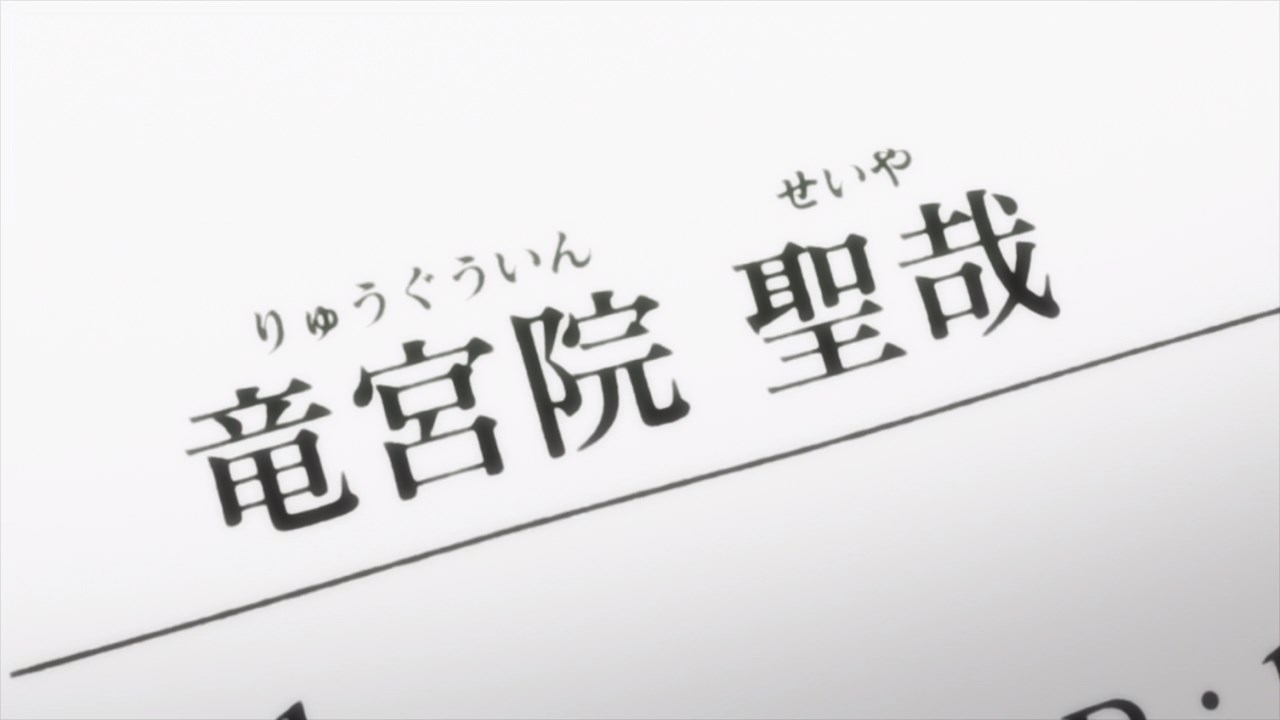 Well, it’s none other than Seiya Ryuuguuin as it turns out that he’ll be summoned again as the cautious hero. And really, Seiya will do the same routine of increasing his stats at the Unified Divine Realm as he prepares to destroy a demon lord… in Ixphoria. Wait, are you telling me that Seiya Ryuuguuin gonna liberate that world after failing it the first time?

You know what, I think I’m satisfied with the ending of Shinchou Yuusha. Sure that it’s your typical isekai anime show where it pokes fun of every cliche, but all I can say is that I found it entertaining to watch especially Seiya’s antics and interactions with various characters.

Of course, Shinchou Yuusha is not pure comedy as there are serious moments, especially the last 3 episodes where things got serious with characters getting killed as well as learning the terrifying revelation regarding the protagonist. Sadly, there are some things that remained unanswered like the whereabouts of Kilkapul’s summoned beast which it bugs me to see that Kilkapul just summoned it to destroy the legendary armor.

Anyways, it’s an enjoyable anime show where you’ll get a good laugh at it. While some people wanted more from Shinchou Yuusha, I rather have this ending rather than itching for another season.