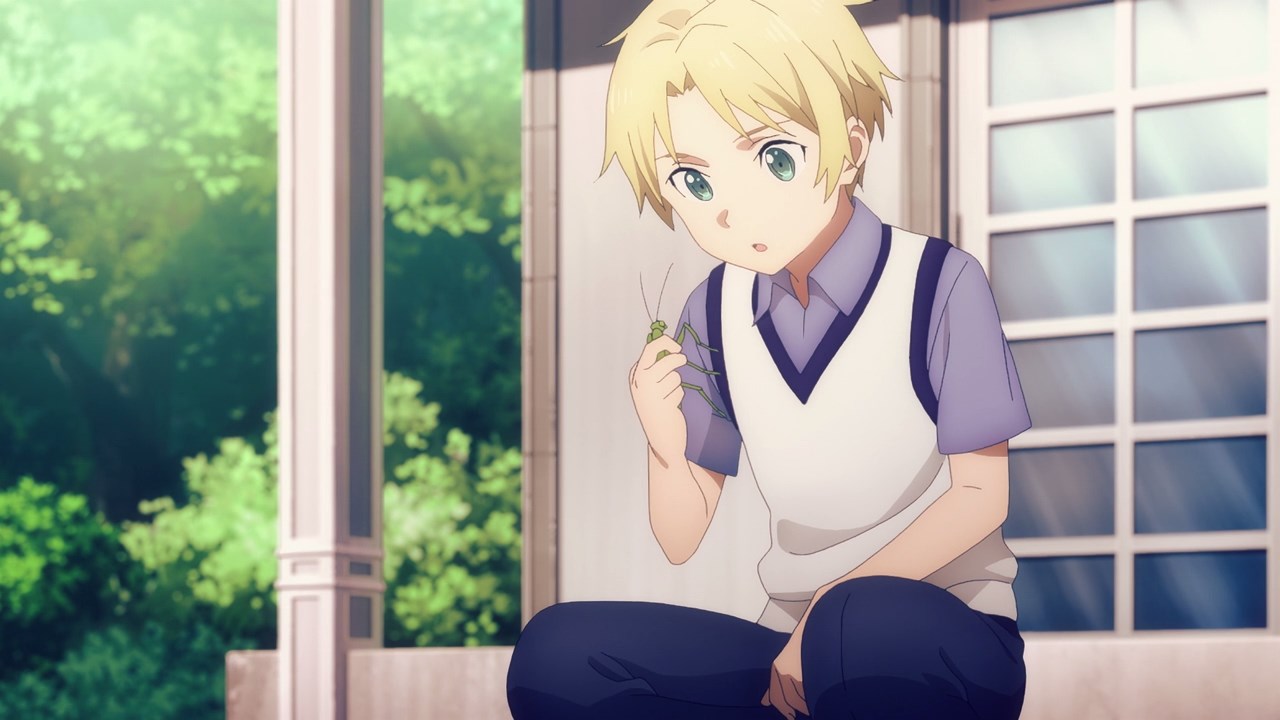 So, let’s start things off with a flashback where this boy named Gabriel Miller is curious about souls whether if it’s human or insects. Heck, Gabriel wants to squish this mantis’ head to see if it still moves or not. 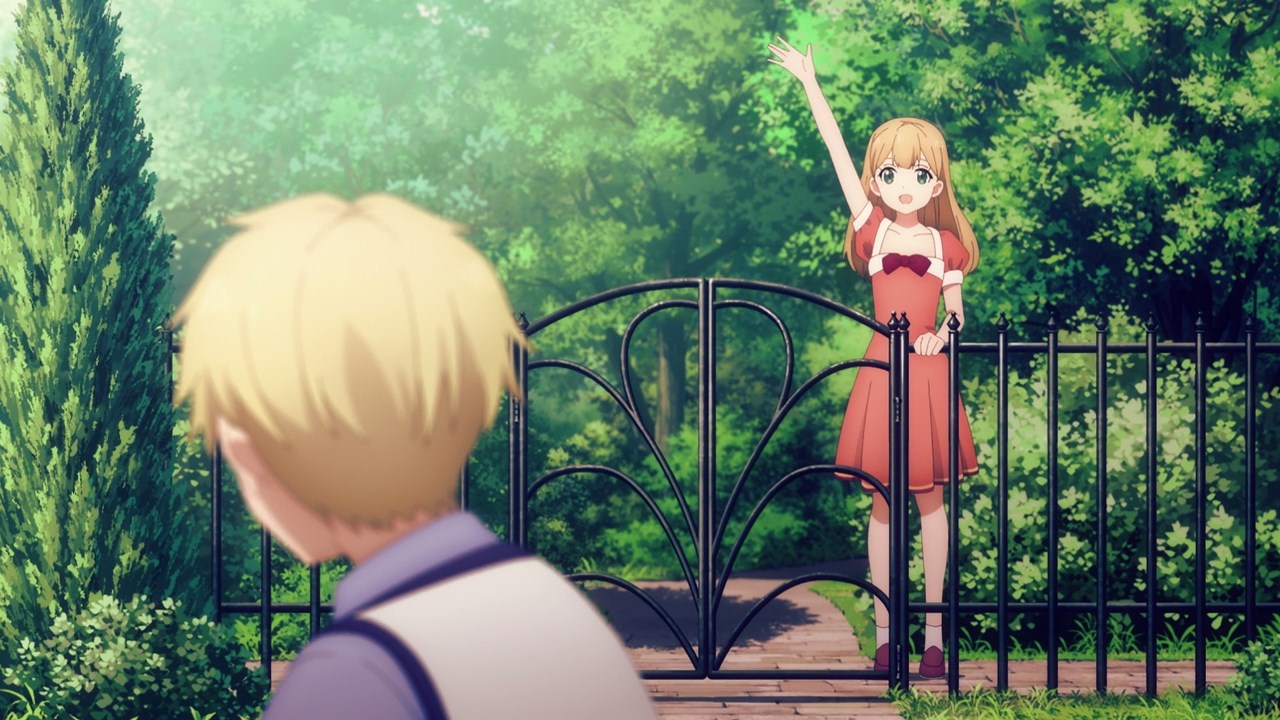 By the way, it appears that Gabriel had a childhood friend who’s kinda resembles Alice Schuberg… 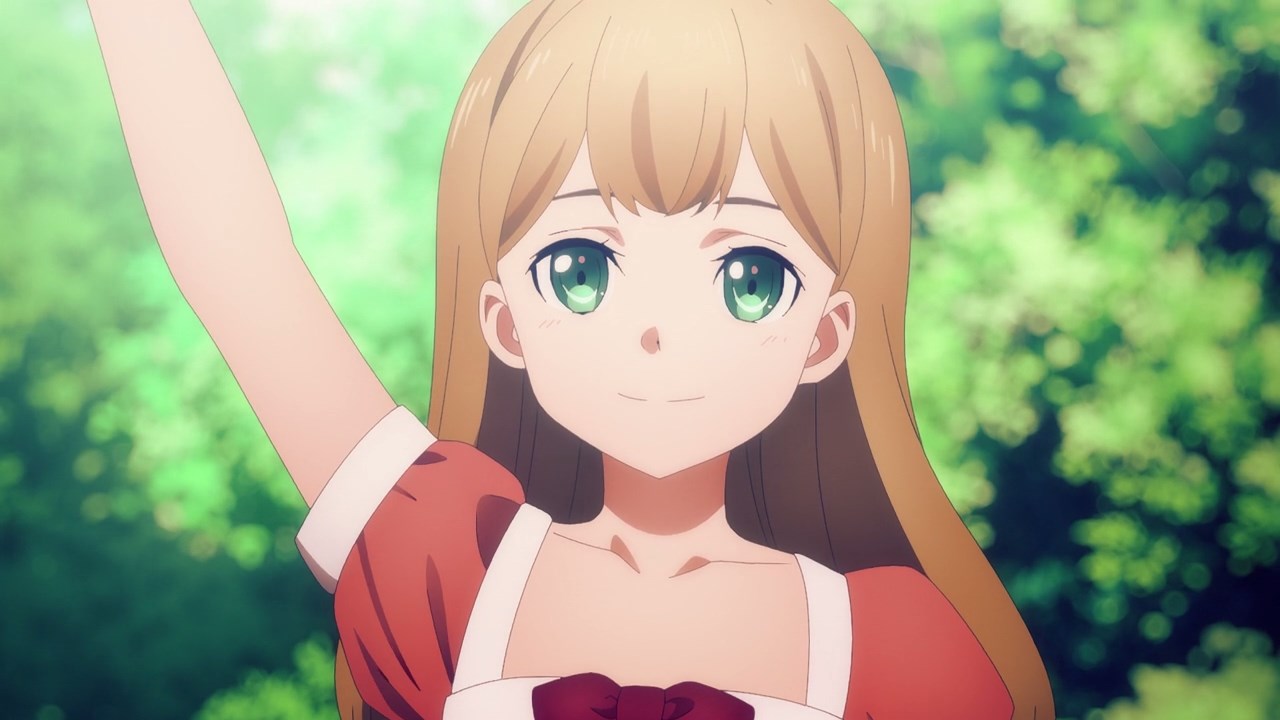 This girl is named Alicia where Gabriel had fond memories of her. Then again, I wonder what happened to Alicia since it doesn’t show her whereabouts at all?

Well actually, forget what I’ve said because it turns out that Gabriel stabbed Alicia in the left ear with a fountain pen. Goddammit, this scene is giving me those bad vibes when I remembered watching the anime adaptation of Monster. 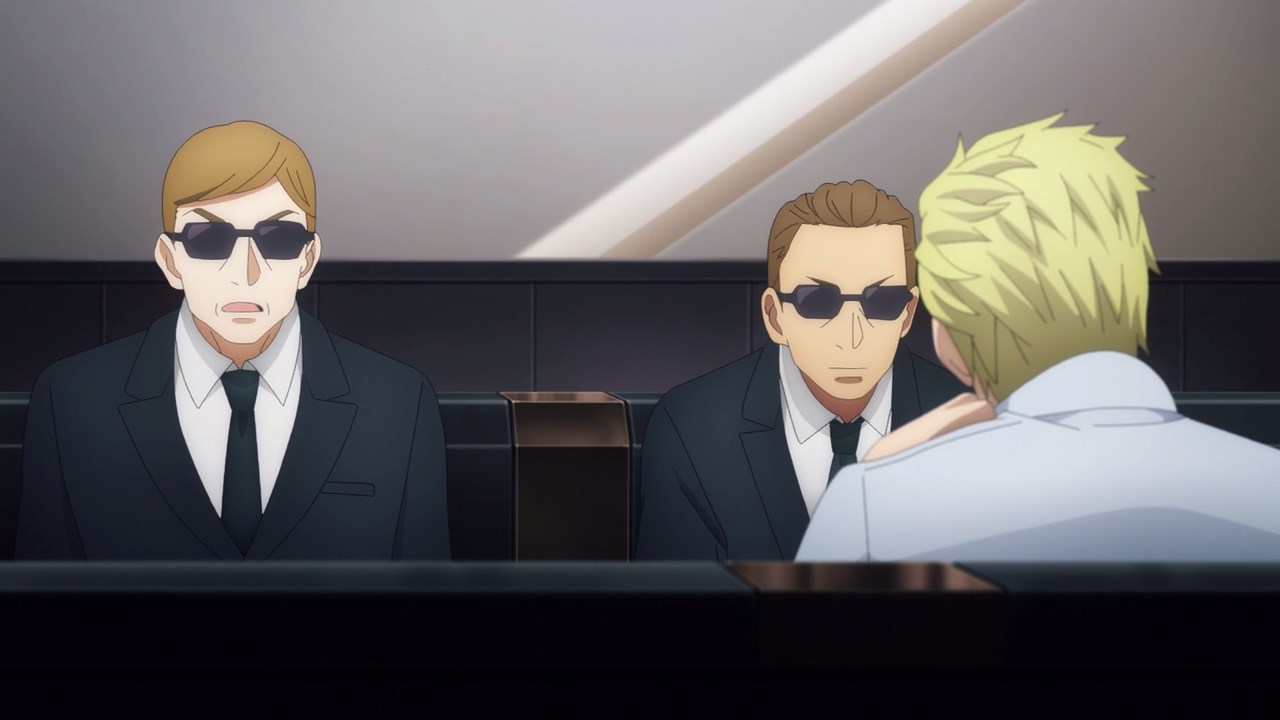 Now let’s move onto the present where agents from the National Security Agency asked Gabriel Miller for a secret mission. Said mission involves the Soul Translator technology that Japan is currently developing in secret. 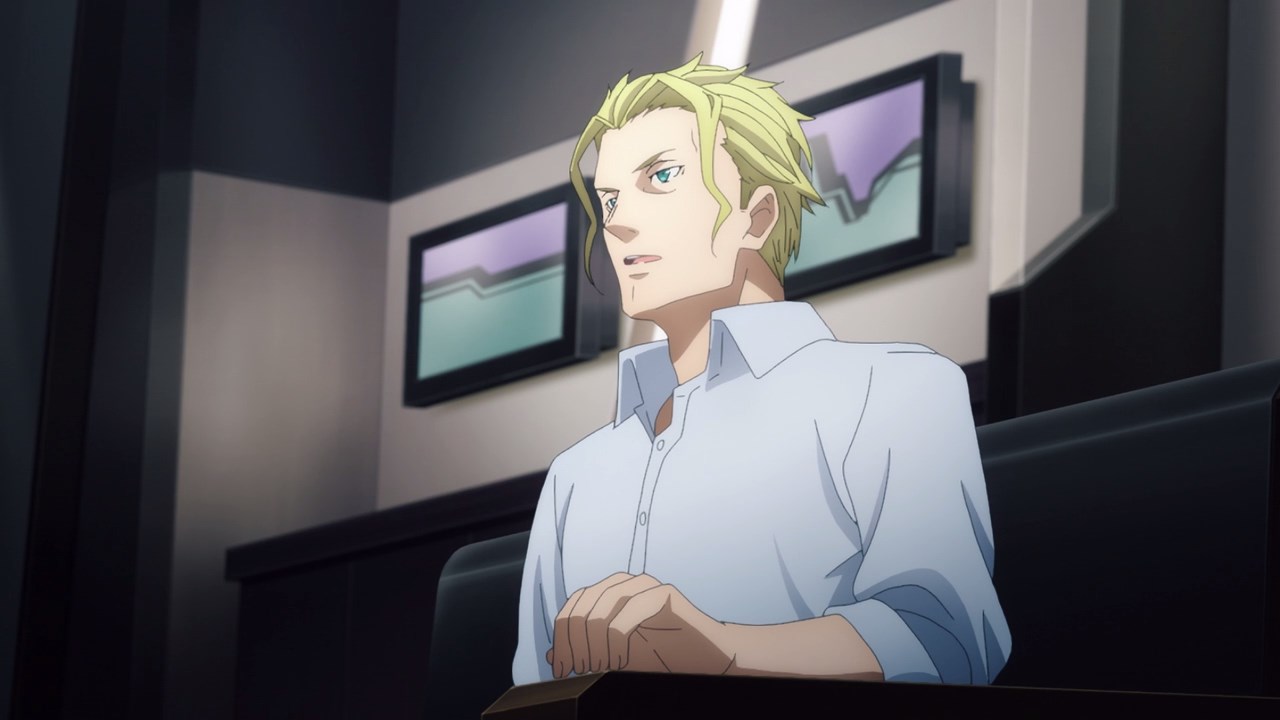 And while Gabriel would take it since having that technology would undermine the balance of power, I doubt it because he would use the Soul Translator for personal means like torturing people.

Regardless, Gabriel Miller and his team from Glowgen Defense Systems attacked the Ocean Turtle facility and now they’re trying to get their hands on Alice’s Fluctlight, which holds the key to the Soul Translator technology. 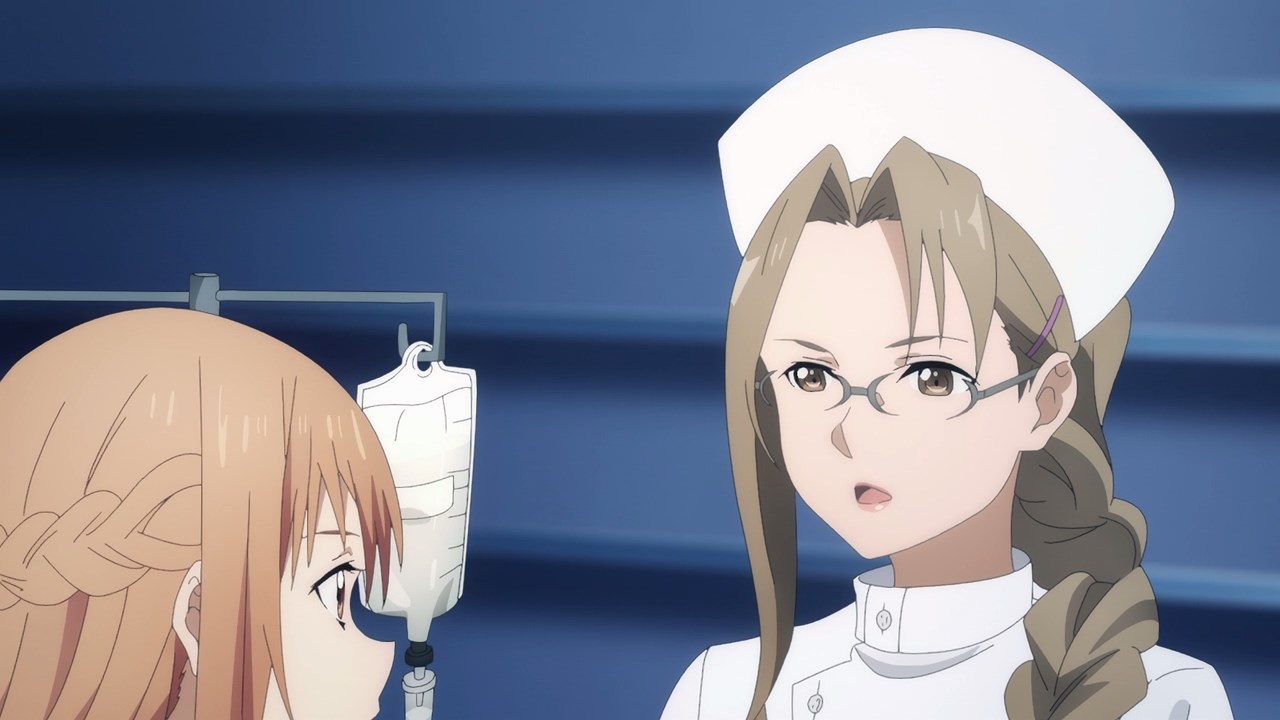 Now let’s go back to the Ocean Turtle where it appears that someone has volunteered to dive into the Underworld. 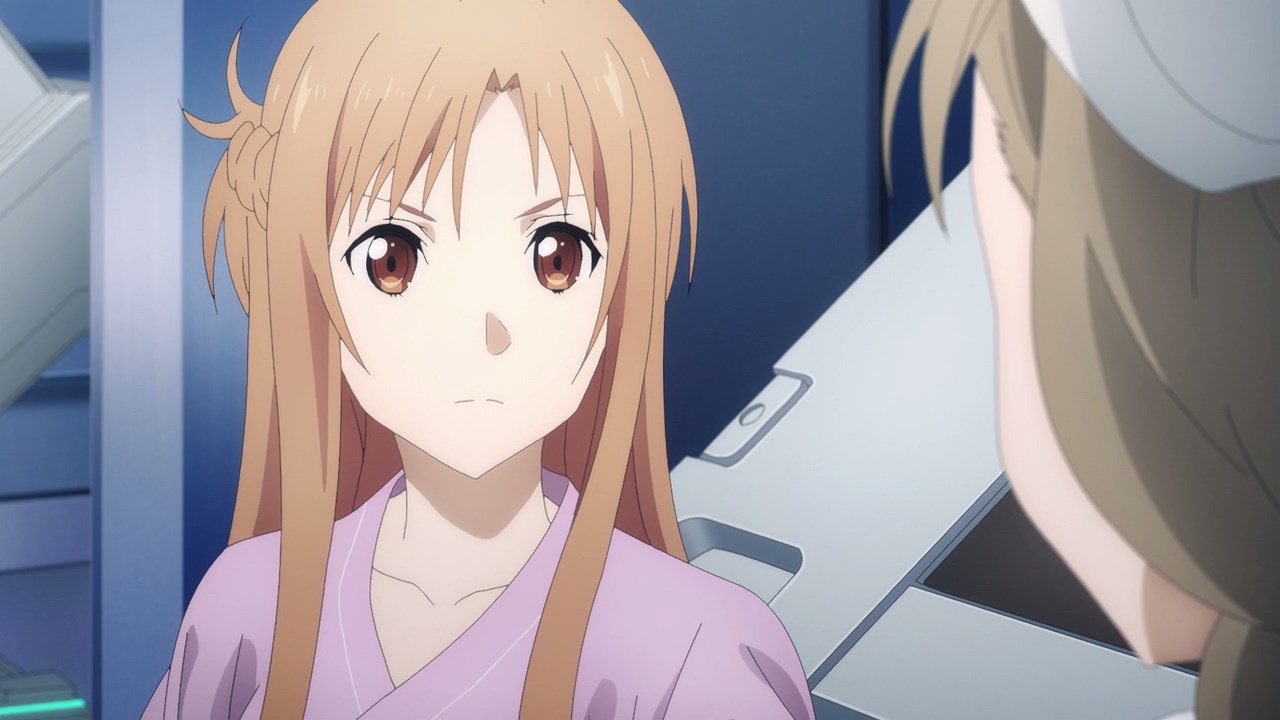 Said volunteer happened to be Asuna Yuuki as she’s gonna save her boyfriend. Well Asuna, good luck to you and hope you rescue Kirito safely! 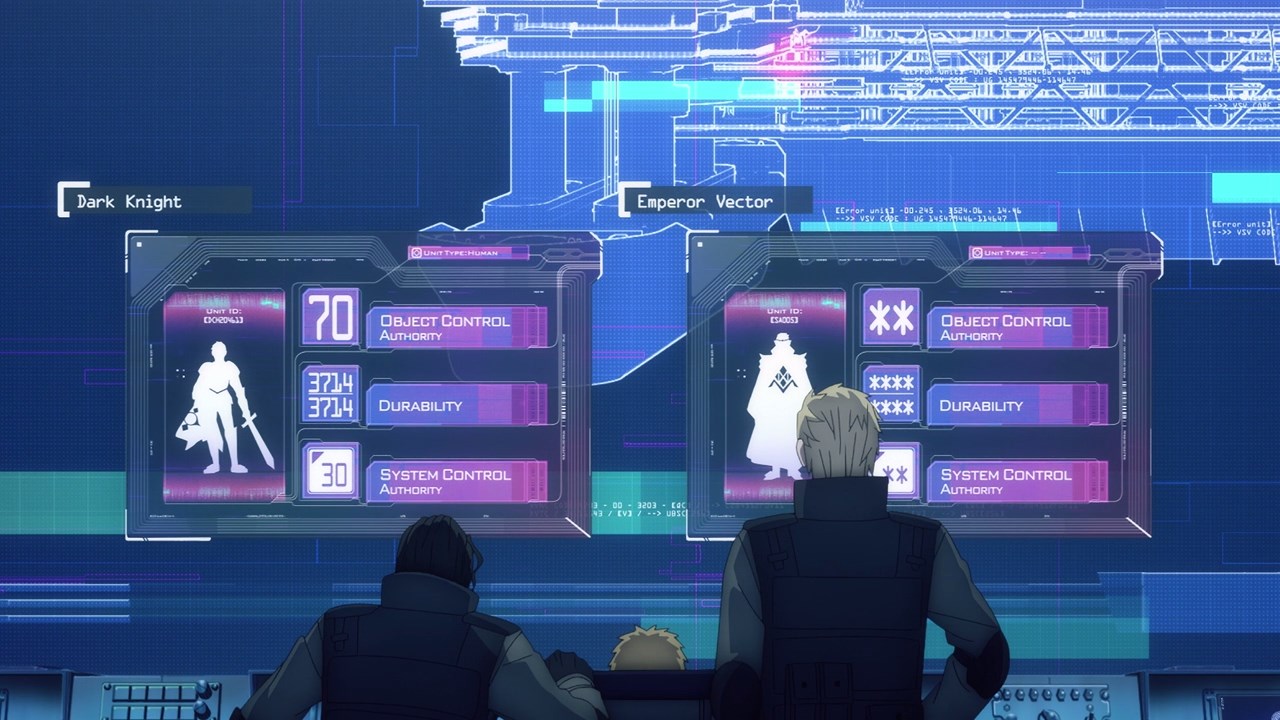 Of course, the mercenaries from Glowgen Defense Systems are trying to figure it out on how to get inside the Underworld and retrieve Alice’s Fluctlight.

Fortunately, one of the hackers named Critter found a backdoor approach as Gabriel Miller and his right-hand man Vassago Casals are gonna dive into the Underworld as high-class denizens from the Dark Territory. 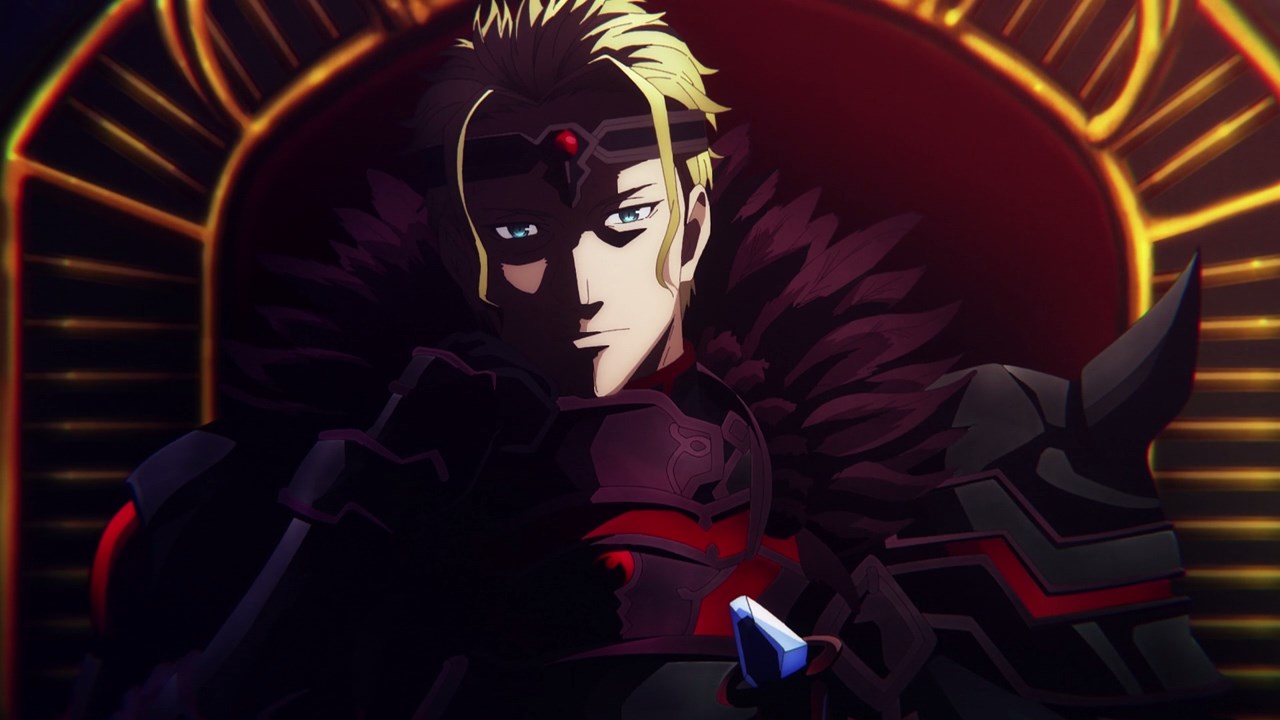 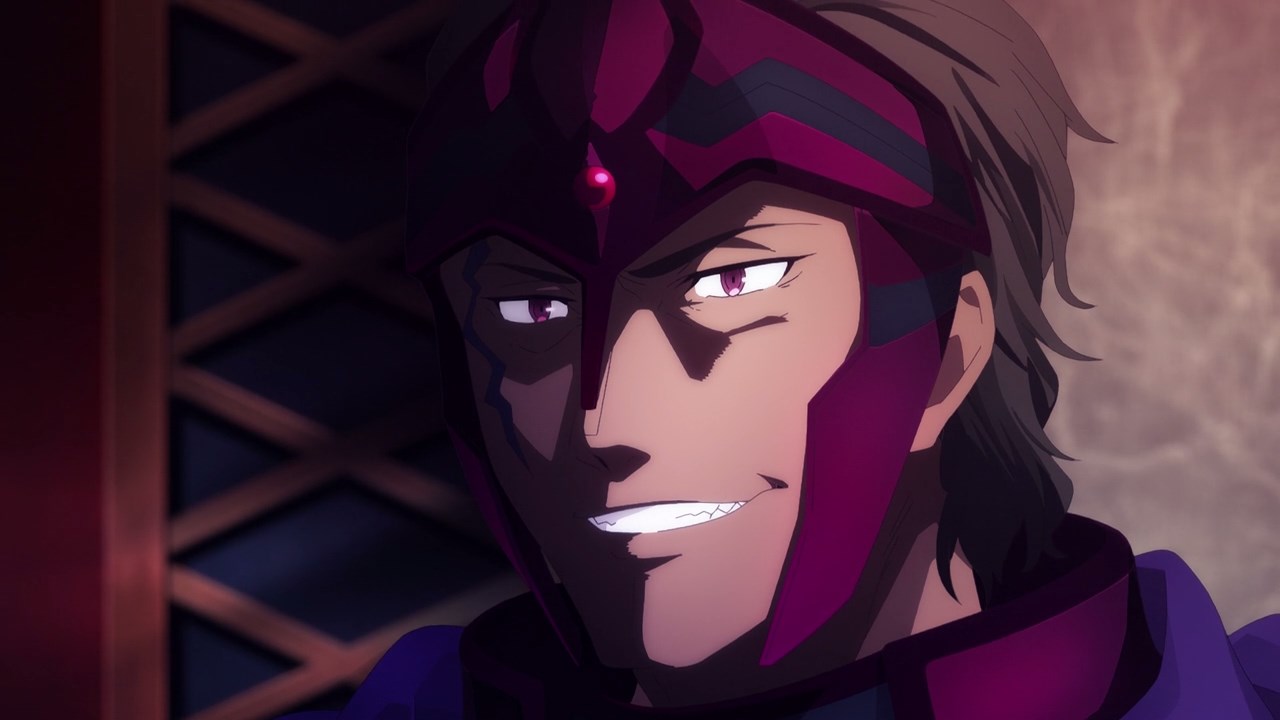 Anyways, both Gabriel Miller and Vassago Casals has successfully dive into the Underworld as Emperor Vector and the Dark Knight, respectively.

While they’re gonna lead the Dark Territory on destroying the Human Empire, both Gabriel and Vassago don’t care on what’s gonna happen in the Underworld as long as they have their main objective. 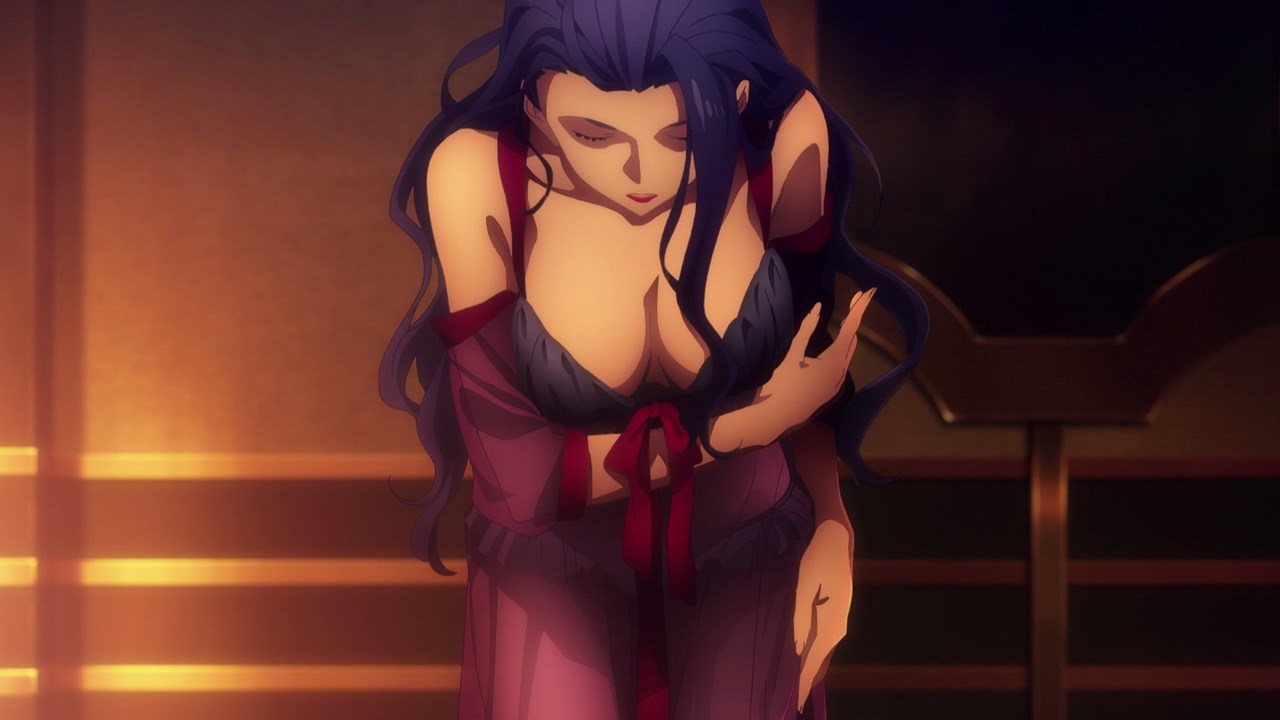 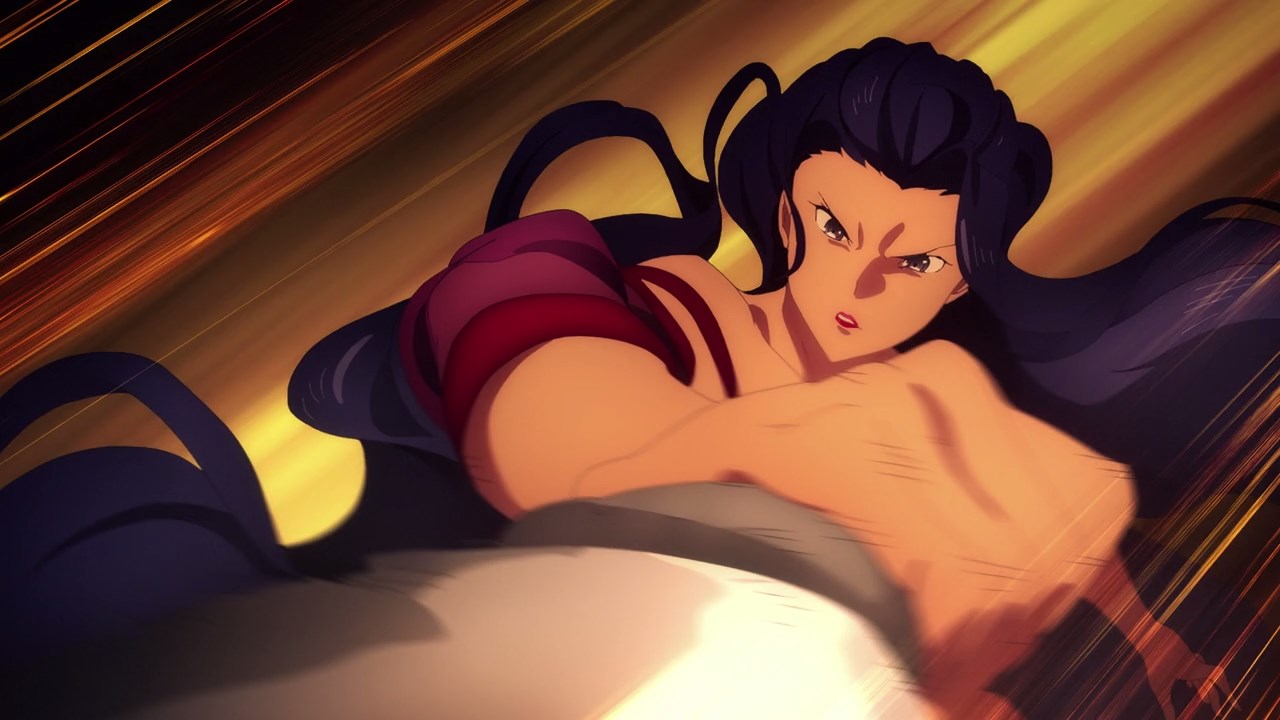 Except that Lipia tries to assassinate Emperor Vector as having him poses a threat on formulating a peace treaty with the Human Empire. 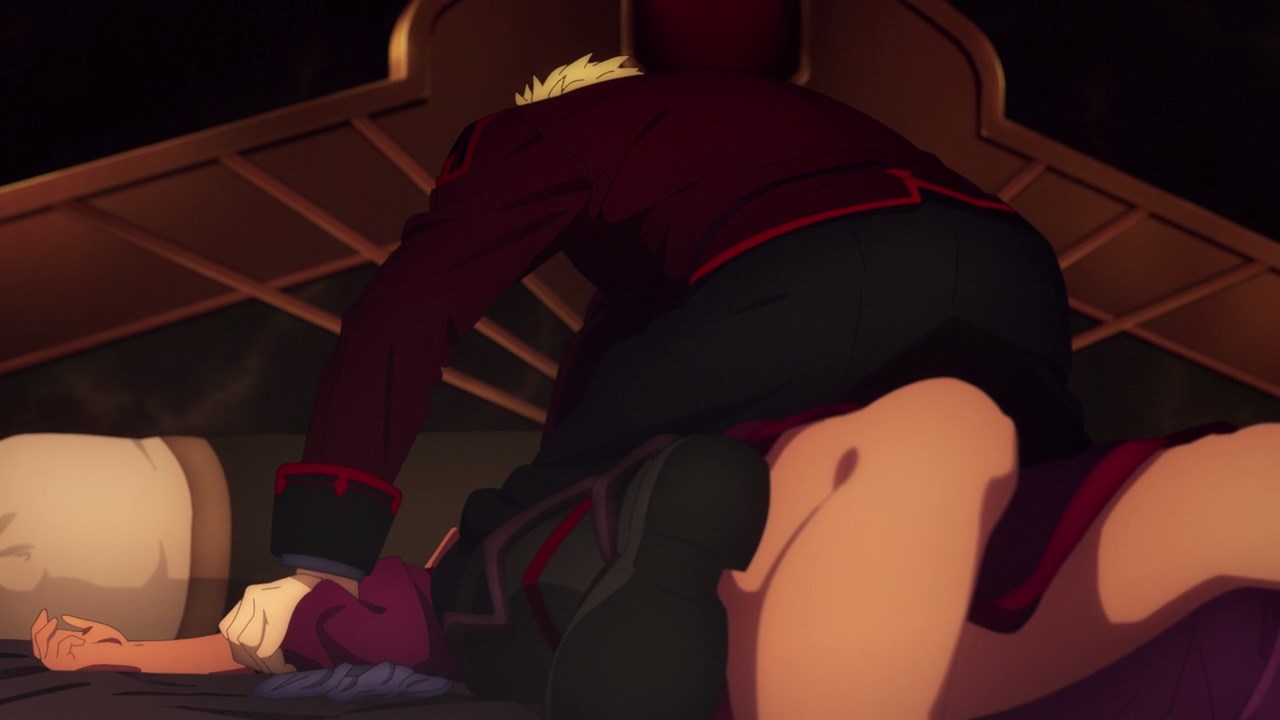 Unfortunately for Lipia, Gabriel or should I say Emperor Vector is quite capable of subduing an assassin since he learned how to defend himself at a military school. 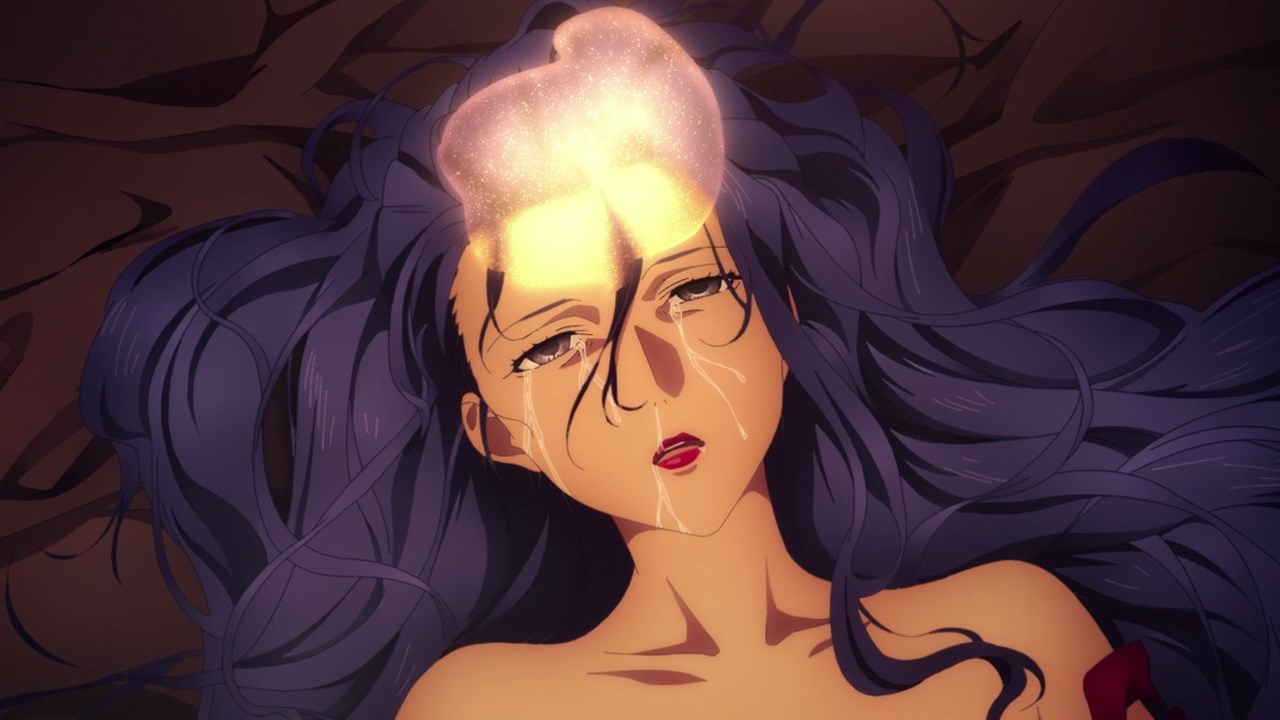 And so, Lipia Zancale got strangled to death at the hands of Emperor Vector as her soul leaves her lifeless body. But here’s the thing though because what comes after this is quite disturbing. 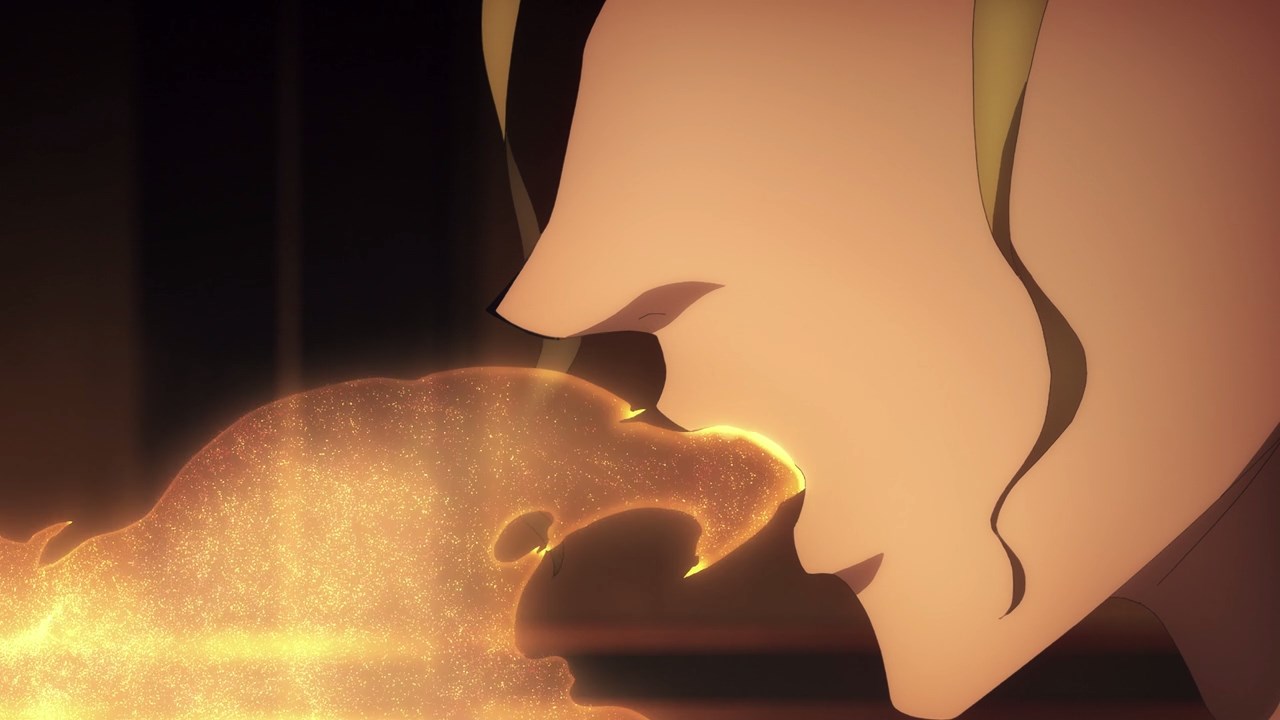 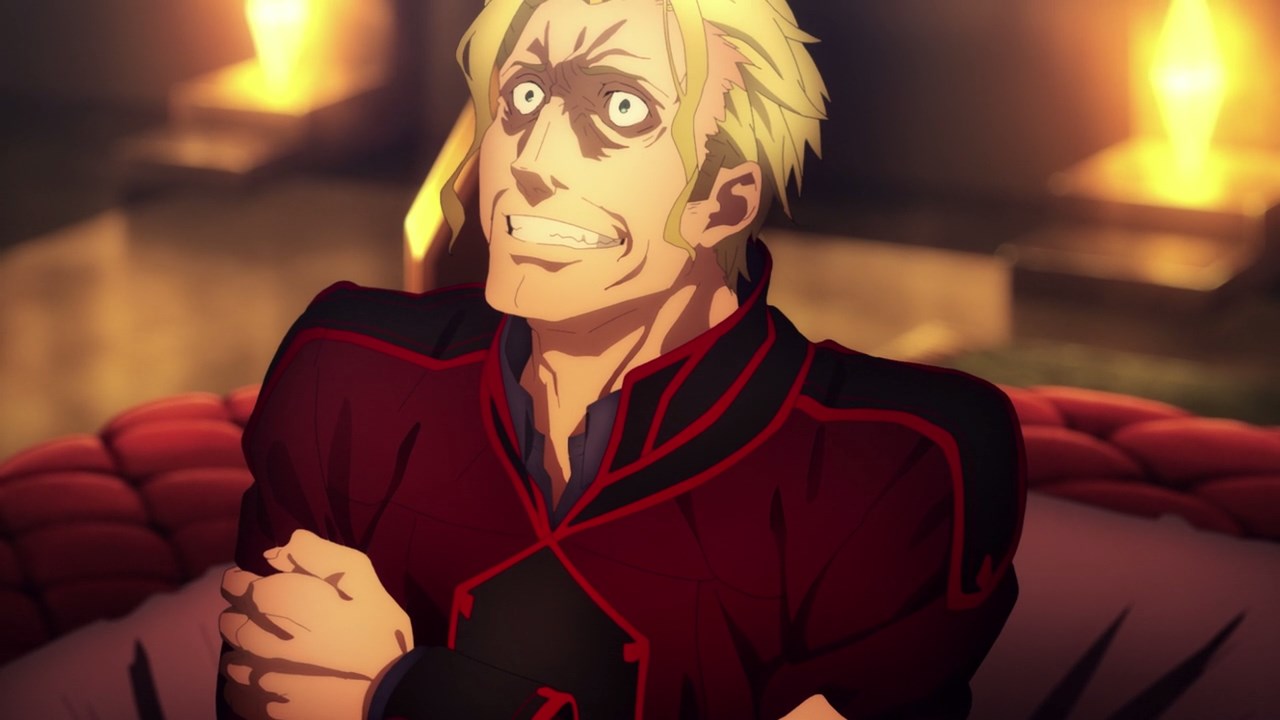 You see, Emperor Vector swallowed Lipia’s soul whole as he felt a sense of ecstasy upon entering into the Underworld.

Gotta say that Gabriel is one sick and deranged antagonist since Nobuyuki Sugou. You may thank Akira Ishida for that as he took notes from Takehito Koyasu. Scratch that, Ishida-san is in a league of his own! 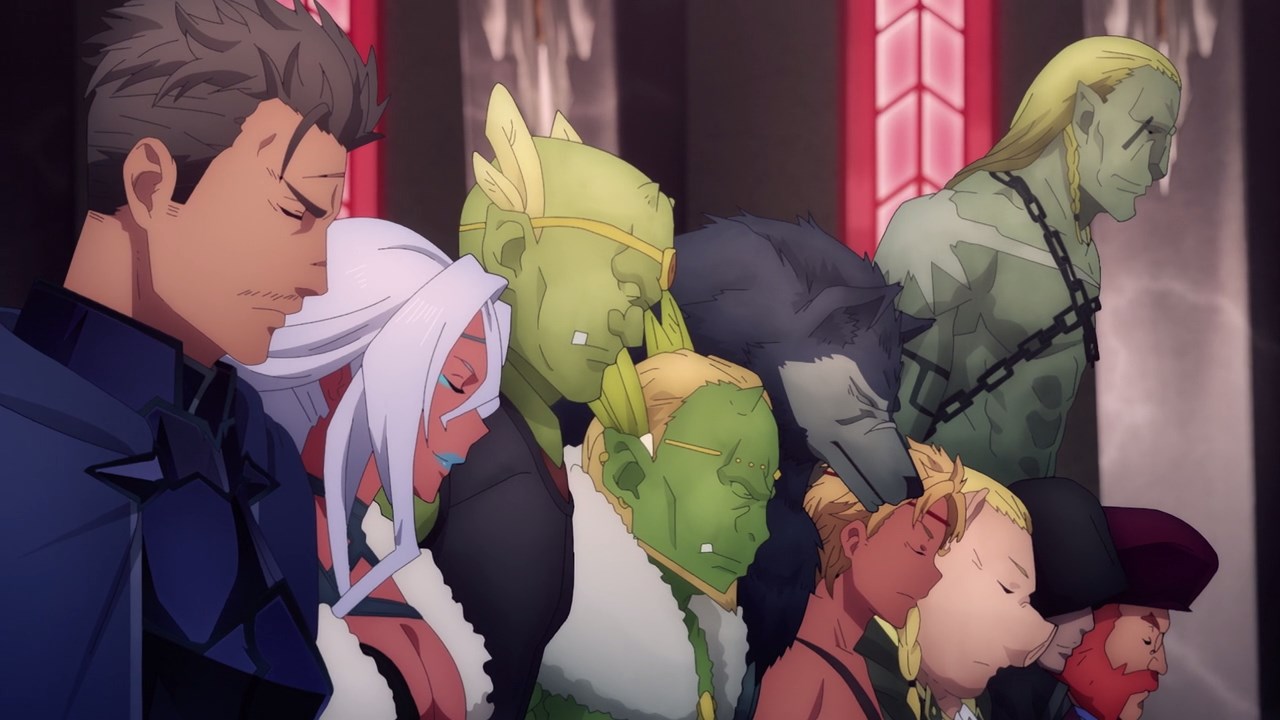 Now then, the Dark Territory is about to invade the Human Empire as Emperor Vector gathered various demi-human tribes in order to lay his plans for a full-scale war.

By the way, these are the generals that will lead the invasion of the Human Empire. You have Dee Eye Ell from the Dark Mage Guild, and then you have Vixur Ul Shasta where he would rather make peace with the Human Empire than wage an endless war. 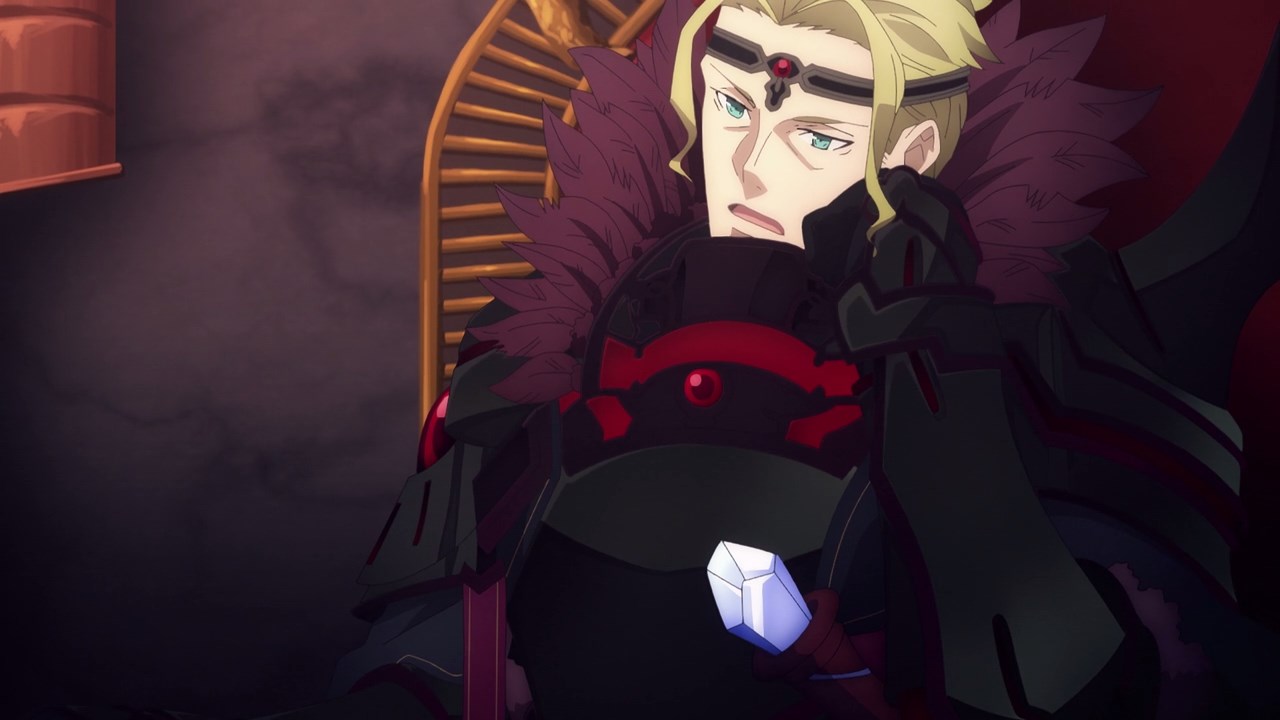 But before Emperor Vector lay out his master plan, he wants to point out that someone tries to kill him.

Of course, that assailant got killed but Emperor Vector warned everyone if they try to oust him.

So, he told one of the aides to bring in Lipia’s severed head as a reminder not to mess with Emperor Vector.

Yeah, that’s horrible coming from Gabriel Miller! Then again, I wonder if he did far worse this like raping Lipia’s lifeless body? 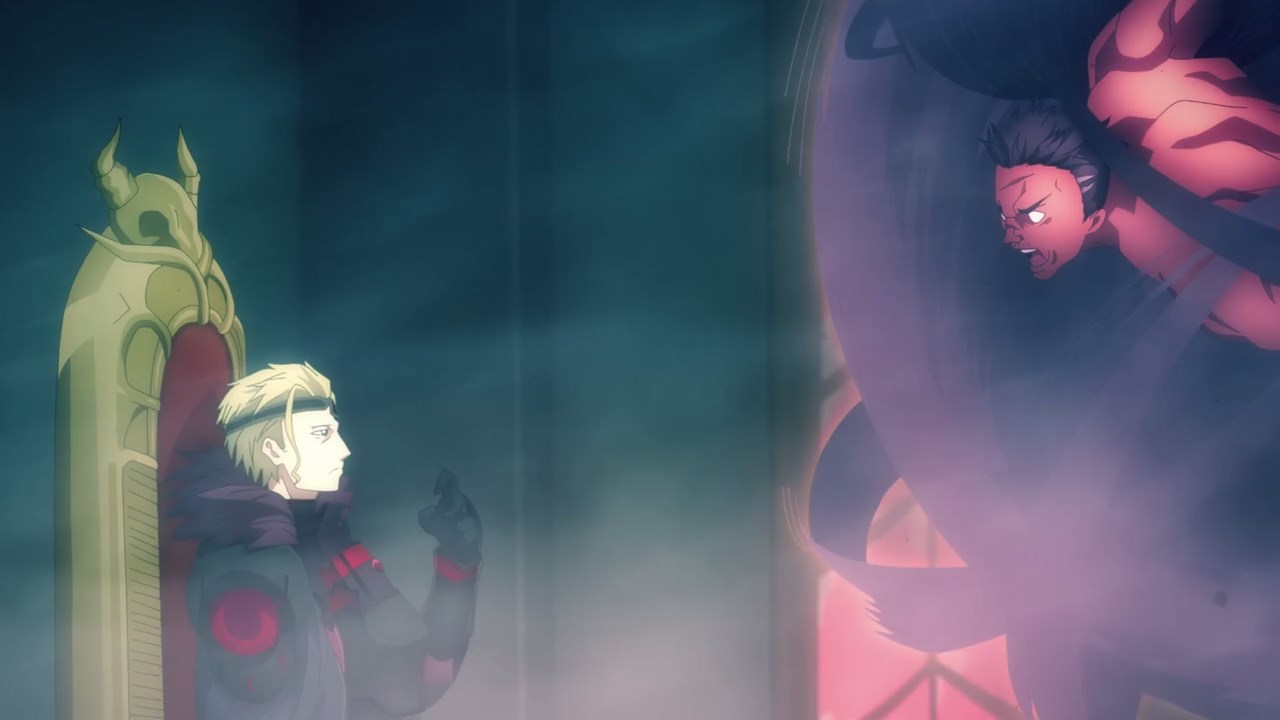 This triggered Vixur Ul Shasta into a state of rage as he made a promise to Lipia Zancale that he’ll marry her, but Vixur has to cancel his plans because Lipia is dead!

So, Vixur tries to kill Emperor Vector by unlocking his hidden power within his body. 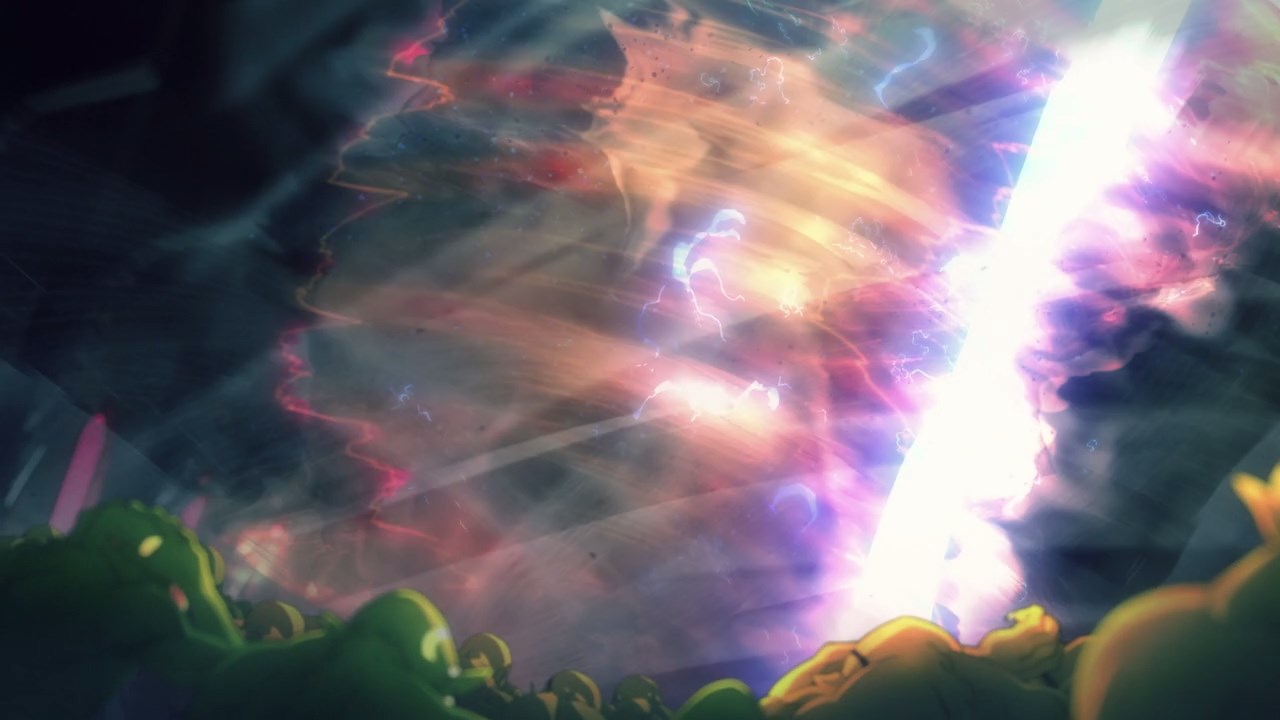 And here’s the thing though as while we have seen Enhance Armaments, this one takes a step further as Vixur’s entire body is enhanced to the point that it creates a giant tornado within the palace.

However, it appears that Vixur’s time is up as he got swallowed up into a void by Emperor Vector.

And here’s the thing though as Vixur Ul Shasta saw a glimpse into Gabriel Miller’s soul where it turns out that he’s dead inside despite being alive. Oh and let’s not forget his fascination with death. 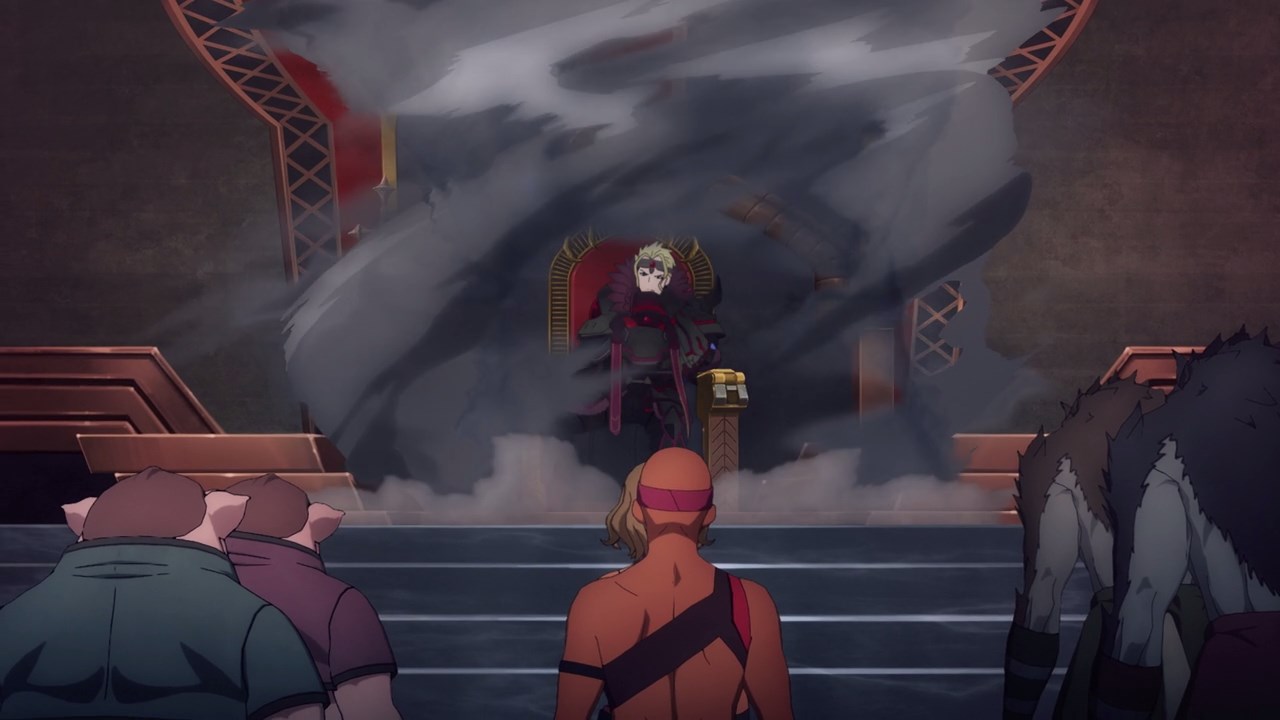 Anyways, looks like Vixur Ul Shasta disappeared in the blink of an eye thanks to Emperor Vector. Now that there’s no one opposing him, it’s time for the Dark Territory to make their move on invading the Human Empire.

Of course, I’m worried that the Fluctlights living within the empire can’t defend themselves as Quinella is gone and the Axiom Church is dissolved, leaving the Integrity Knights as the only combat-ready group capable of fending off the monsters. Oh and if they failed to defend the Human Empire, the entire Underworld will reset itself so the Integrity Knights can’t afford to lose. 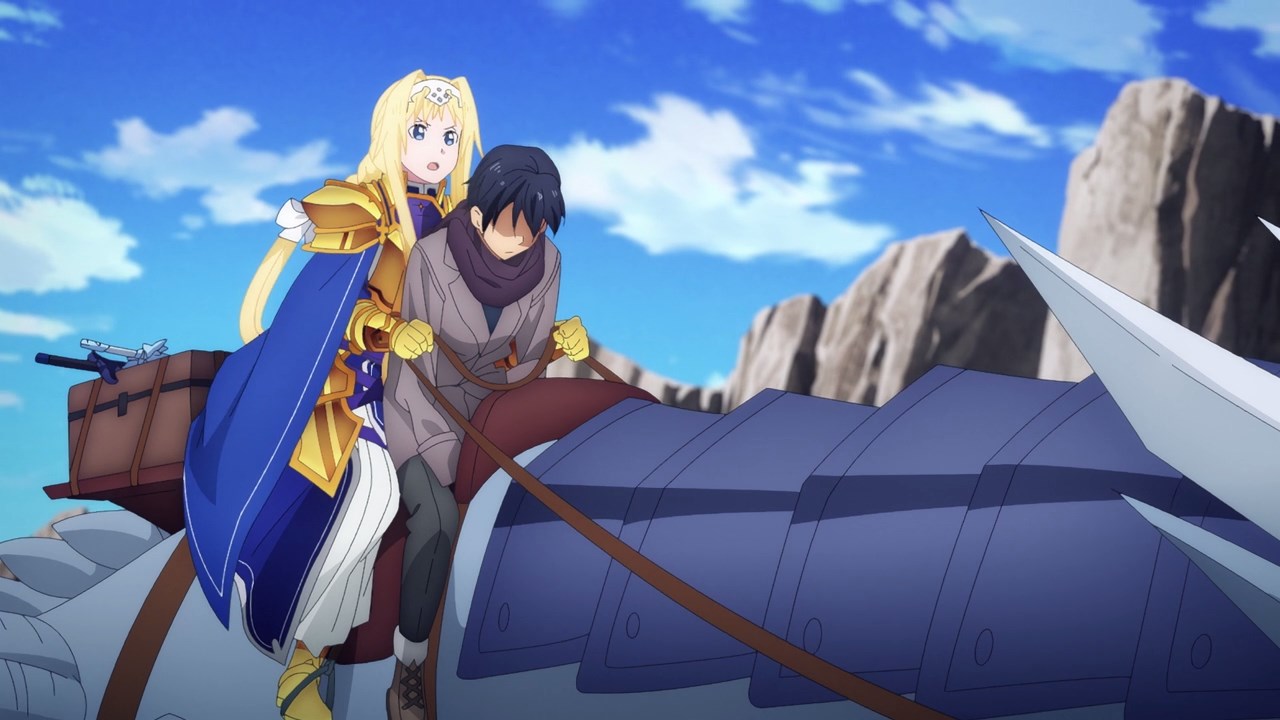 One last thing, here’s Alice Synthesis Thirty or should I say Alice Schuberg as she continues her duty as Kirito’s caretaker. Man, when will Kirito wake up from his coma? 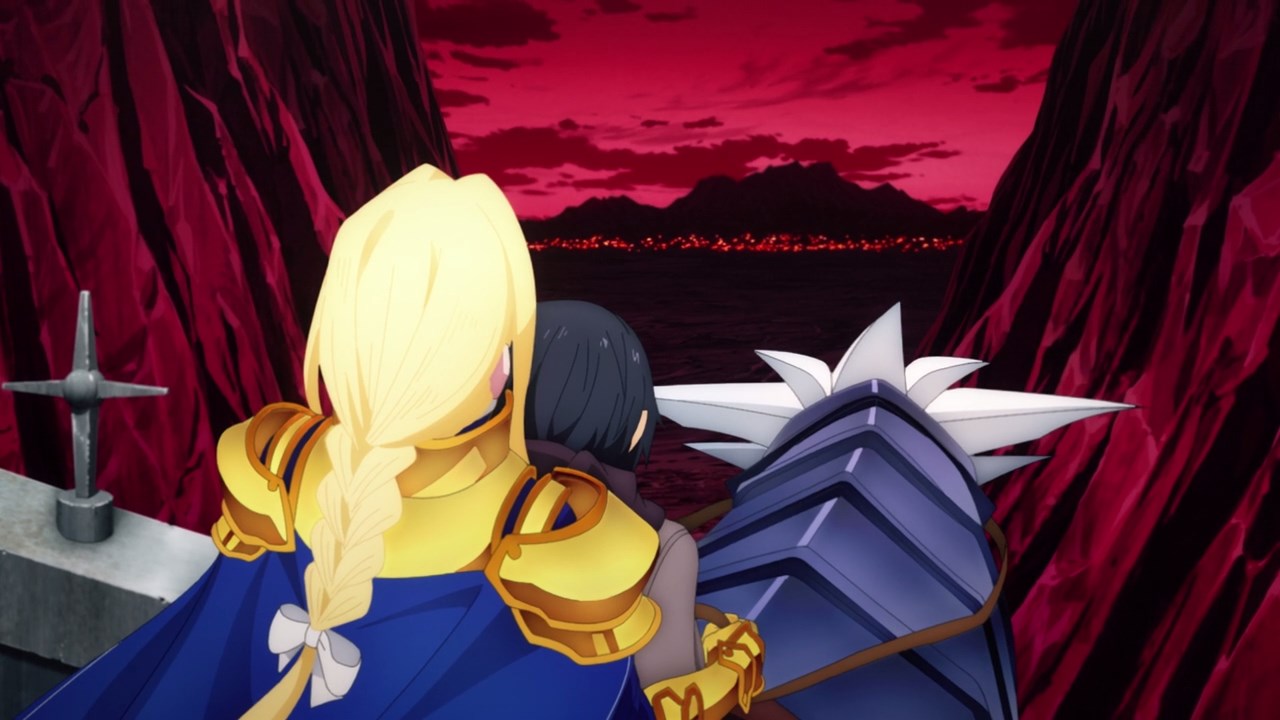 On the other hand, things got much worse when Alice saw the monsters from the Dark Territory are marching into the Empire’s walls. Well guys and girls, we’re gonna have the bloodiest war within the Underworld!

But anyways, that’s about it for Episodes 27 and 28 as I’m going to finish watching the 2nd part of Sword Art Online: Alicization. Seriously, this story arc is very taxing to me, but I have to watch everything before the final part air in Spring 2020.