Posted on January 9, 2020 by benigmatica 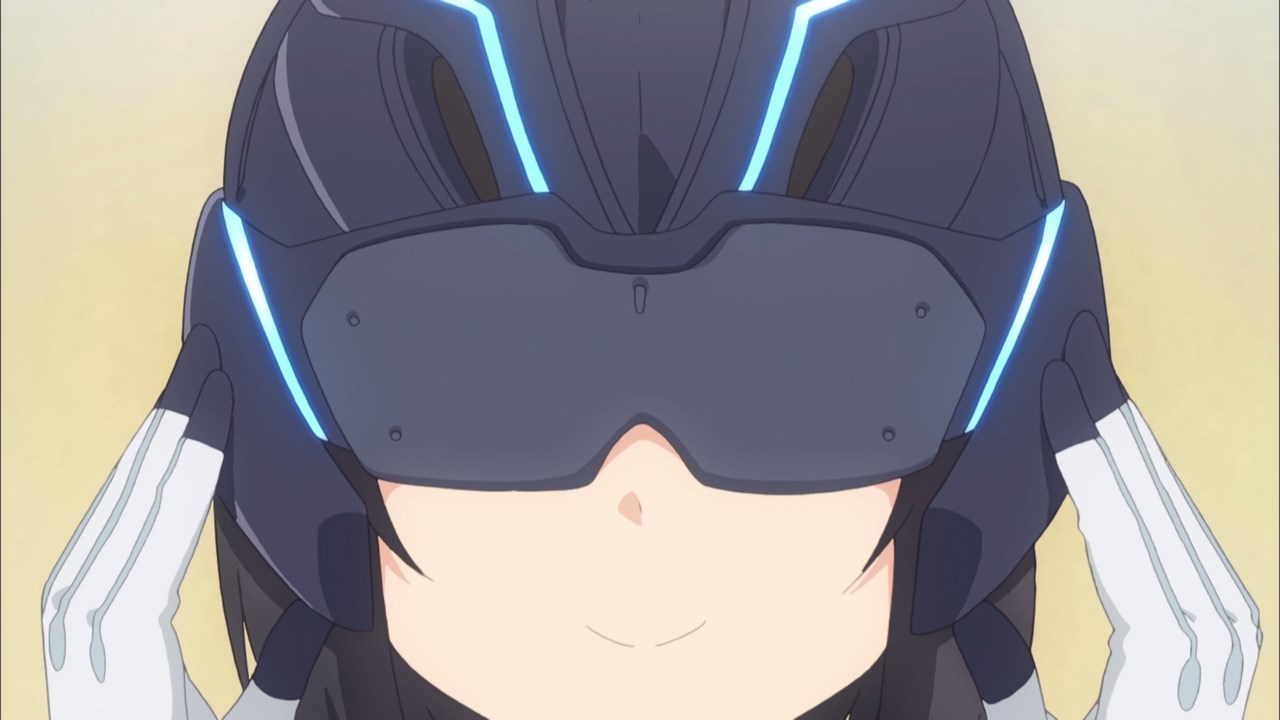 Meet Kaede as she’ll take her first time diving into the virtual world of New World Online, an MMORPG that might remind you of Sword Art Online except that it doesn’t force players to survive. 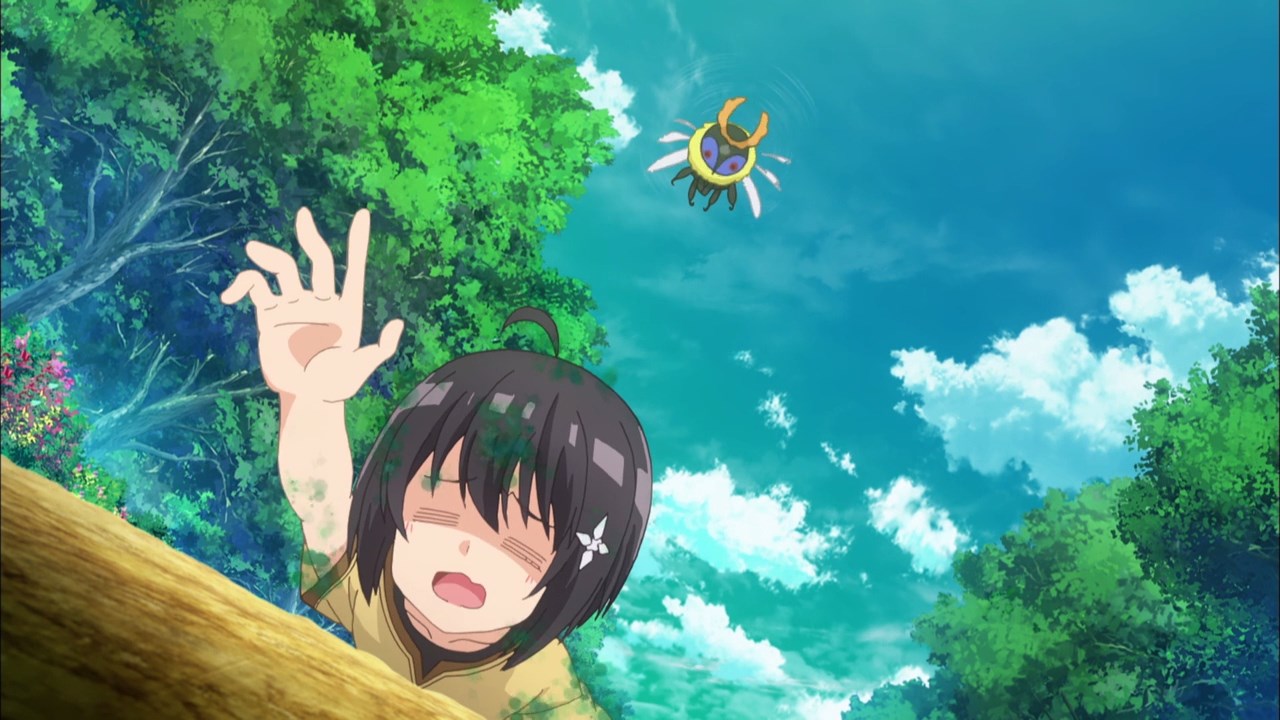 But anyways, here’s Kaede (under her username Maple) where her first day playing New World Online wasn’t that great, so she pumped her stats points into VIT as Maple doesn’t like getting hurt.

Okay Maple, that was silly putting all of your stats into defense but how can you play NWO decently where you’re slow to move, deals 1 point of damage, and not having the ability to cast magic at all? 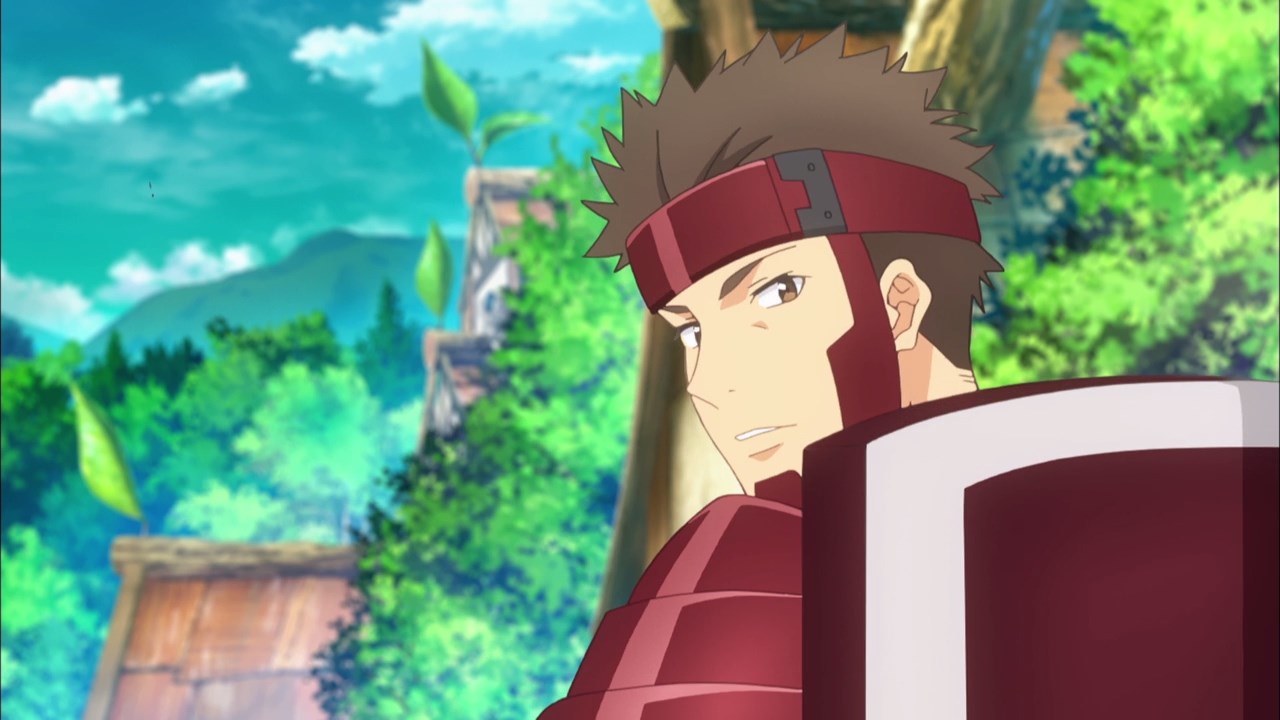 Now then, let’s meet some veterans that would help Maple on her journey, like Chrome for example where he wields a massive shield. 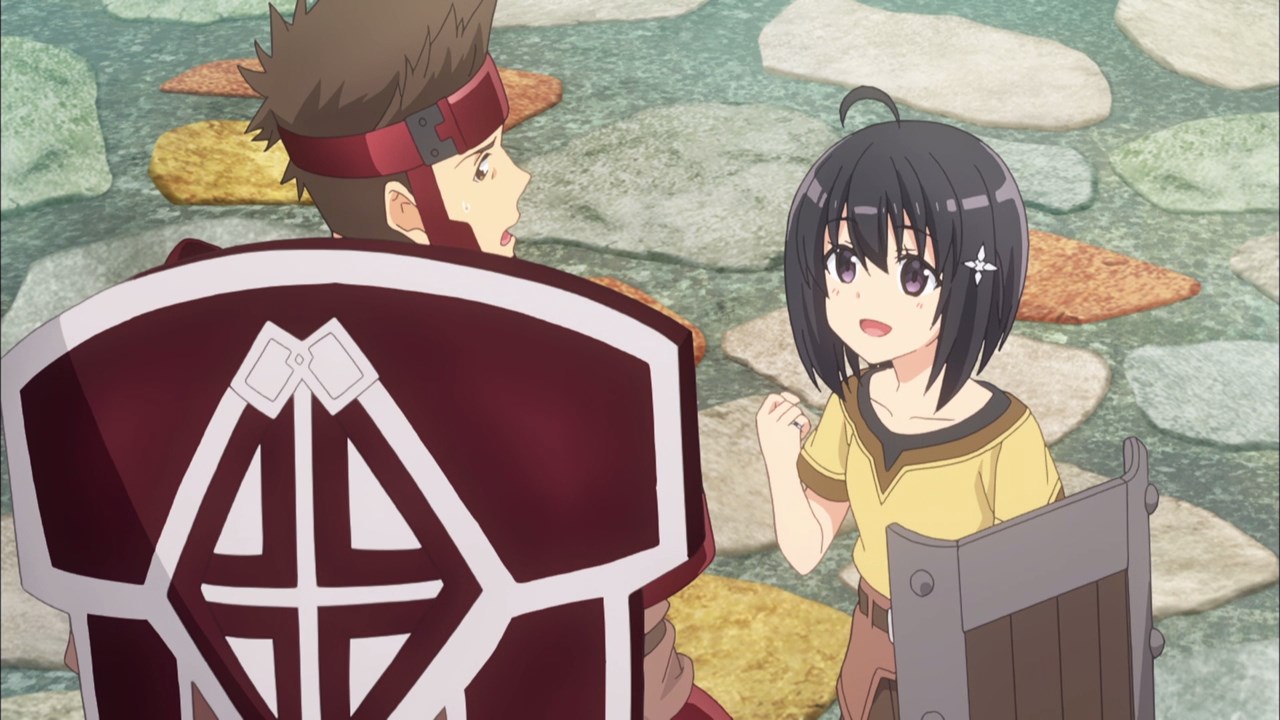 For Maple, she was impressed by Chrome’s shield that she wants to get one, but Chrome told her to his shield is custom-made that it cannot be bought in various shops or even found in dungeons. 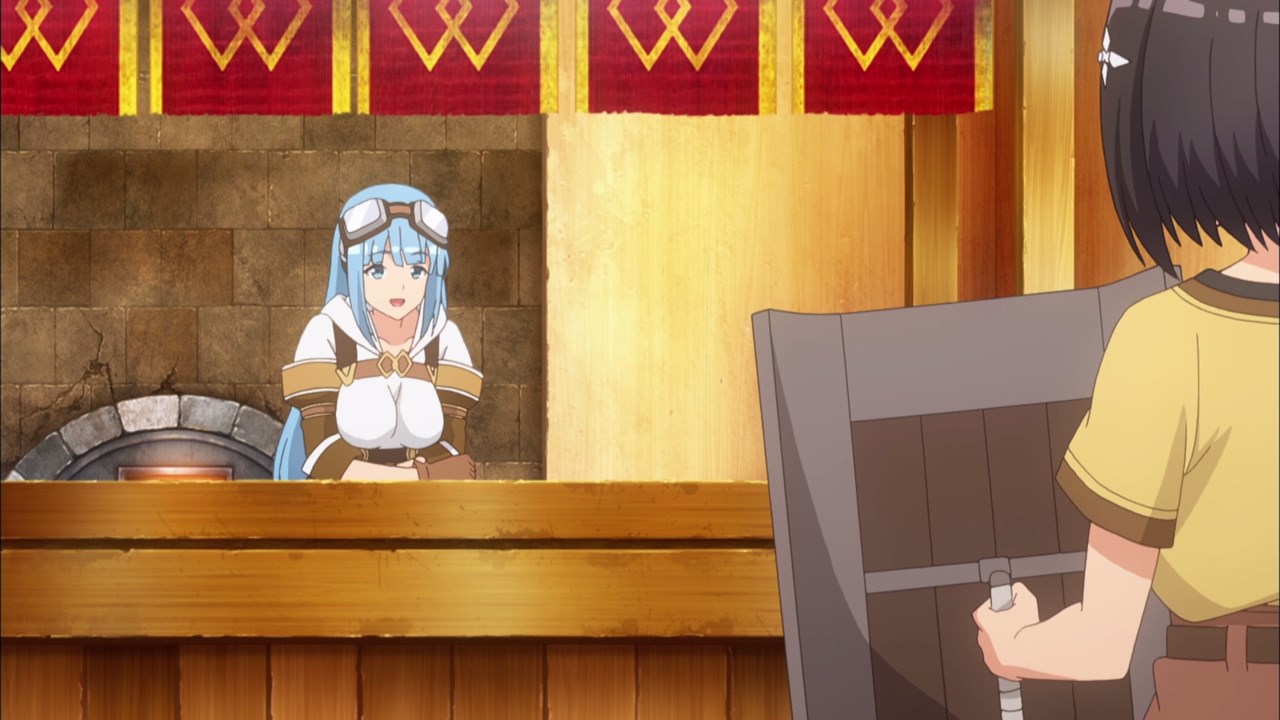 However, Chrome will gladly take to one of the artisans named Iz who crafted his shield. Of course, making a custom shield takes a hefty price in which Maple can’t afford it yet. 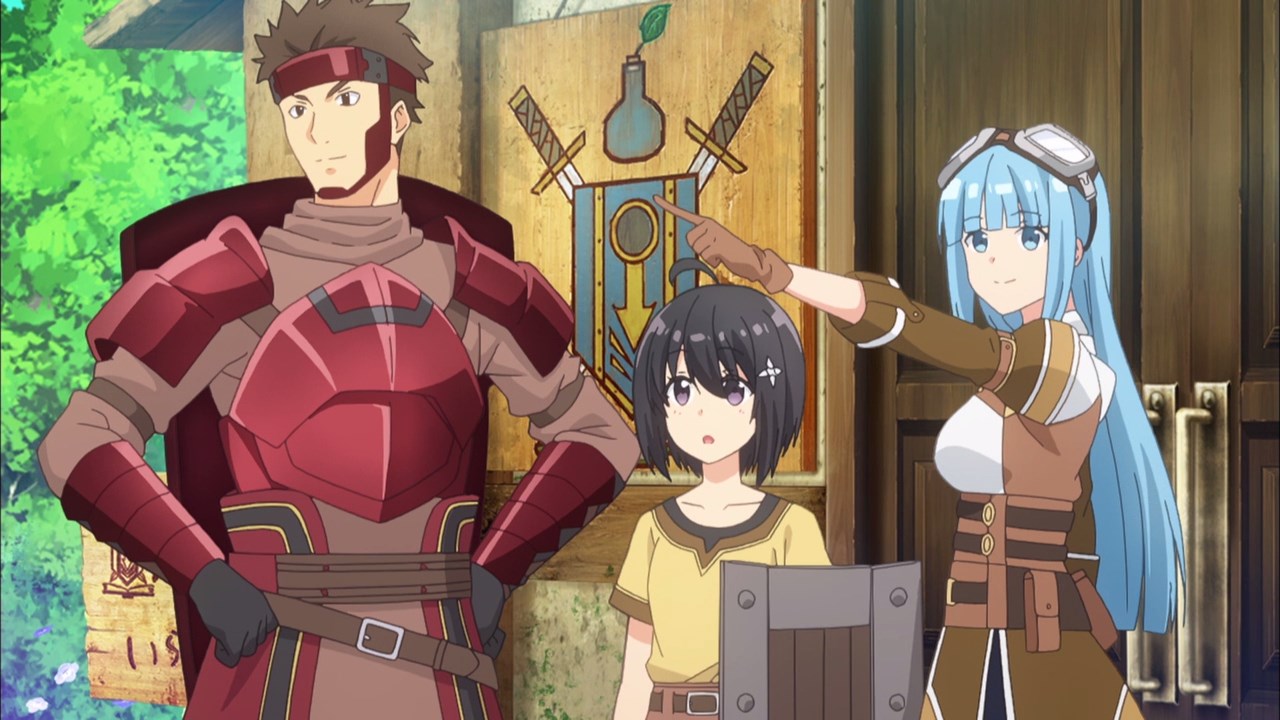 In any case, Iz told Maple that there’s a dungeon over there in which she can level up her stats and possibly find rare items there. Let’s hope that Maple won’t die at the dungeon! 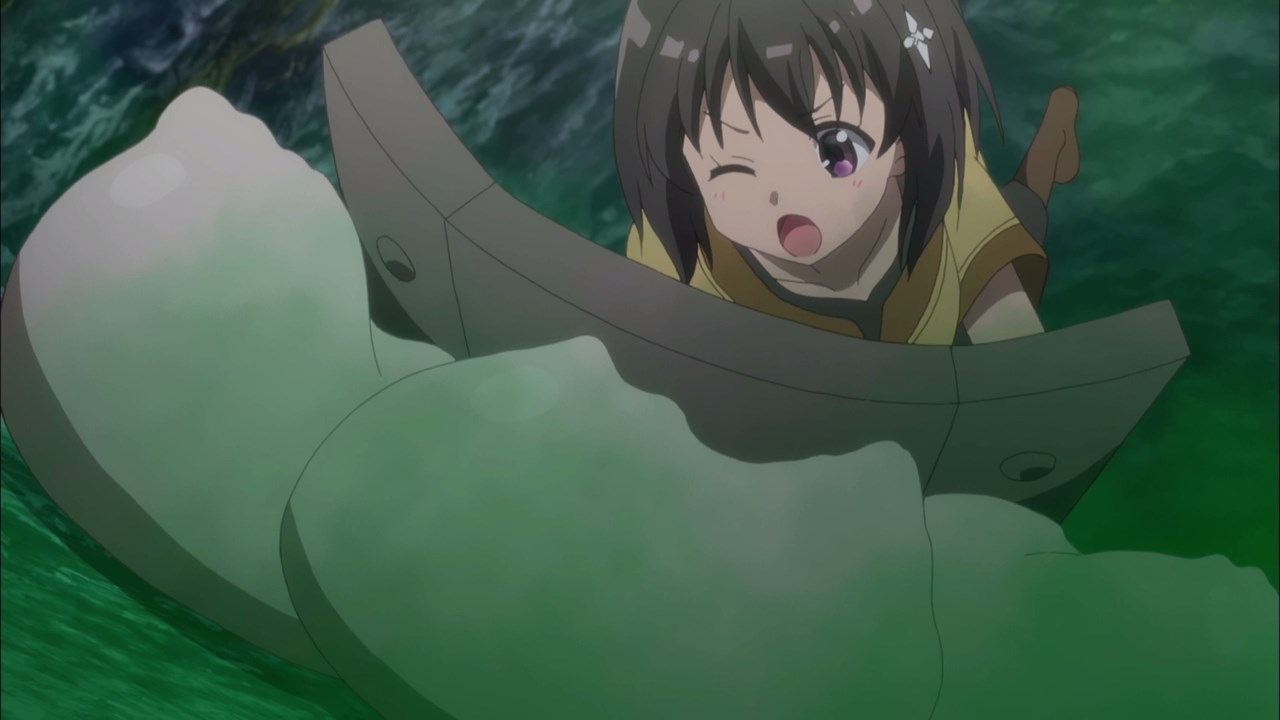 On second thought, I feel that Maple will do fine inside the dungeon since she has lots of HP that no monsters can hurt her. Also, Maple uses her shield to bash her enemies since using a short sword is ineffective. 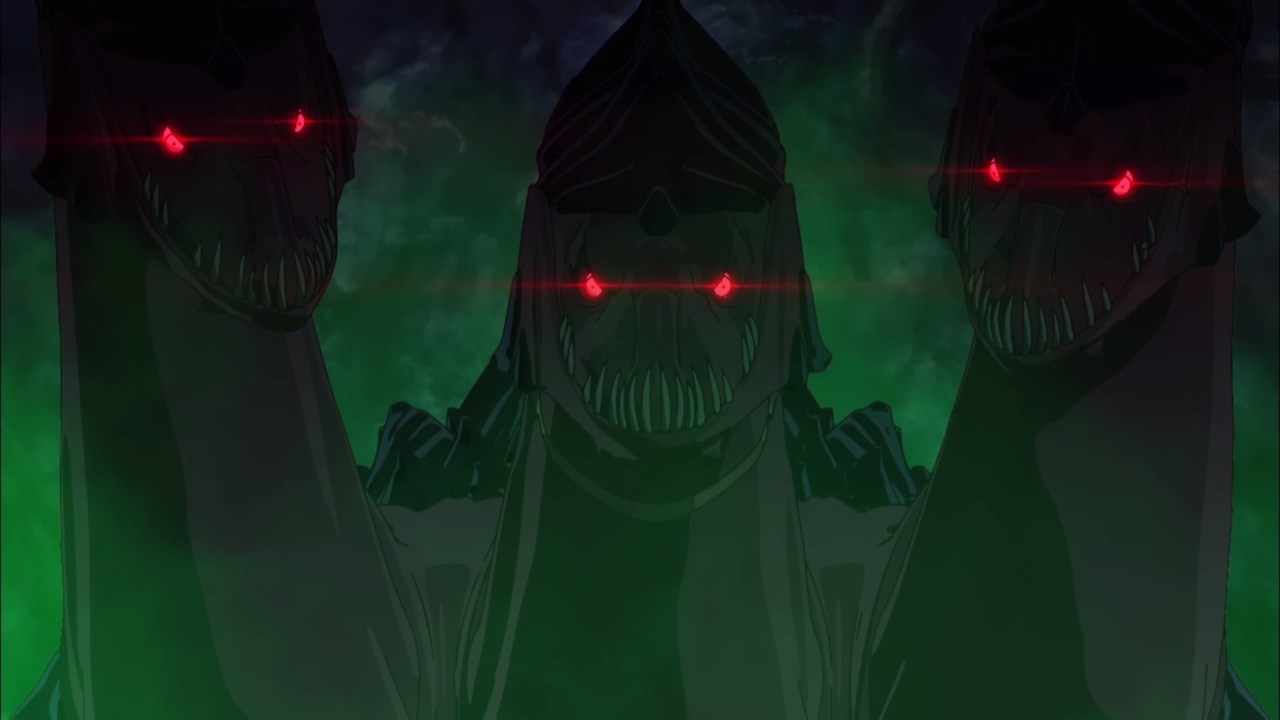 Actually, I have to take it back because Maple encountered a three-headed poison dragon and I have to say that she might die inside the dungeon. 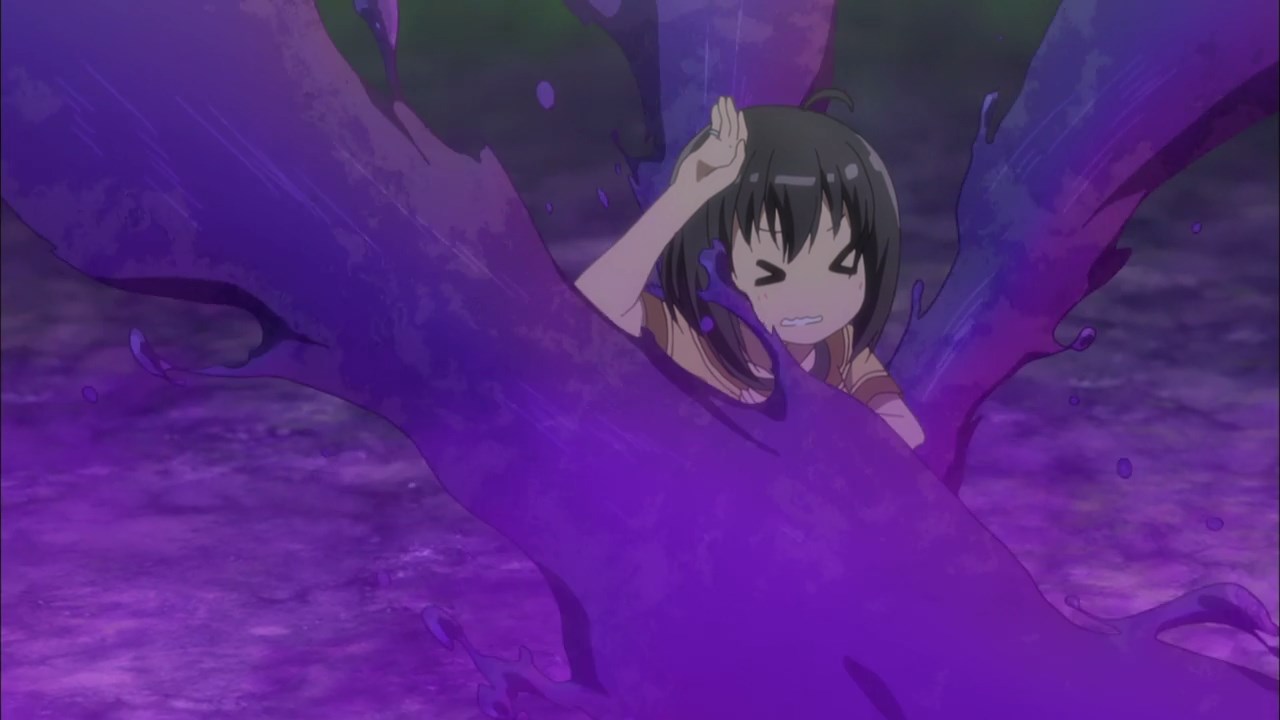 I mean, the dragon will whittle Maple’s HP with its poisonous breath until she’s dead. It would be better if Maple got out safely instead of taking the boss on herself. 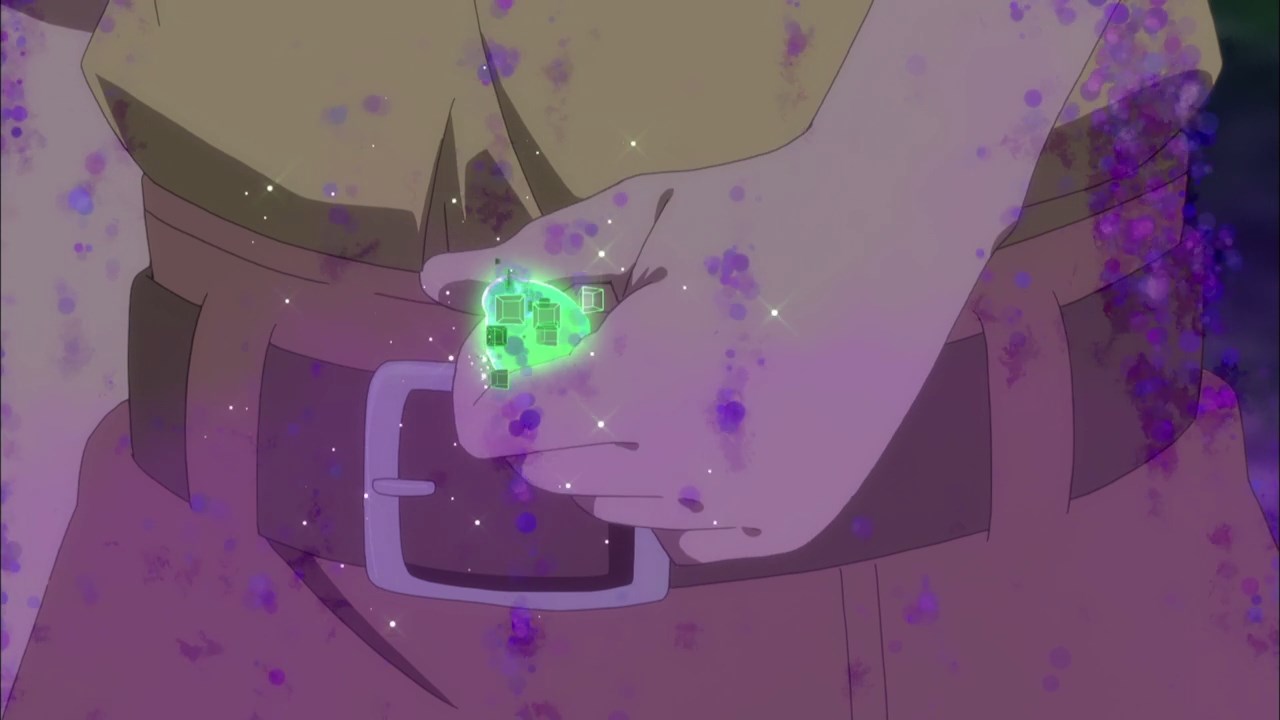 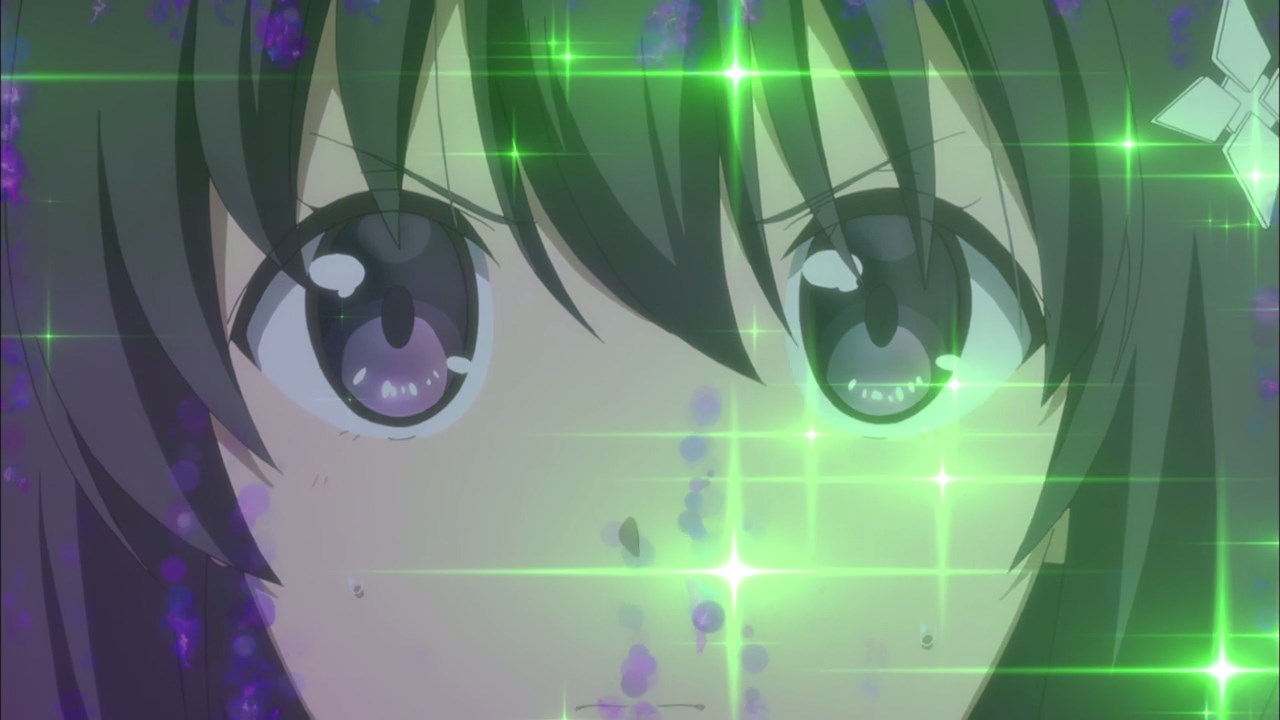 However, Maple has a plan as she uses lots of potions to heal herself, but I feel that it’s a bad strategy because the poison dragon will definitely kill her anyway.

Then again, I didn’t realize that Maple can develop resistance after being inflicted by poison, therefore Maple can become immune if she continues like this. Of course, how will Maple kill the poison dragon since she doesn’t have a weapon to use? 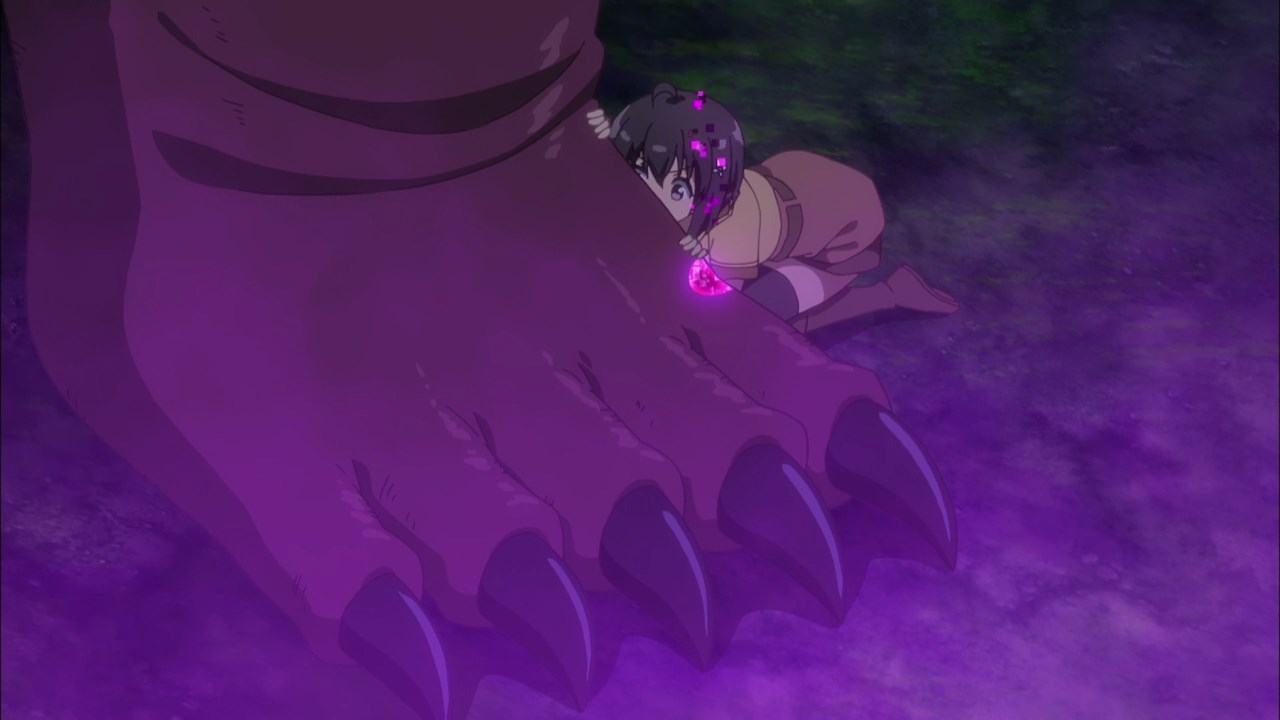 Well, Maple will just eat the poison dragon until it’s reduced to a skeleton. Okay, that’s disgusting for Maple to chew her way to victory, but it’s funny and cute to see her “attack” a dragon with her teeth! 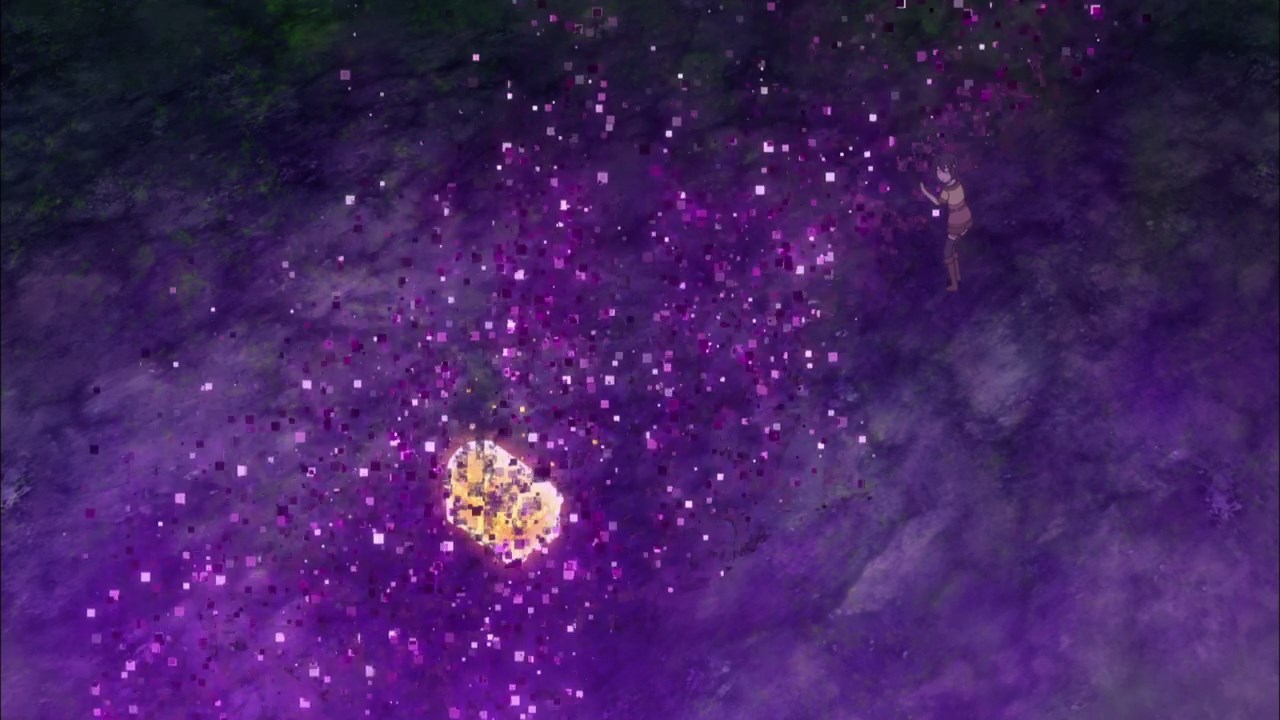 But anyways, Maple has finally defeated a poison dragon after eating her way to victory. That makes Hajime Nagumo look like a savage when eating various monsters to survive. 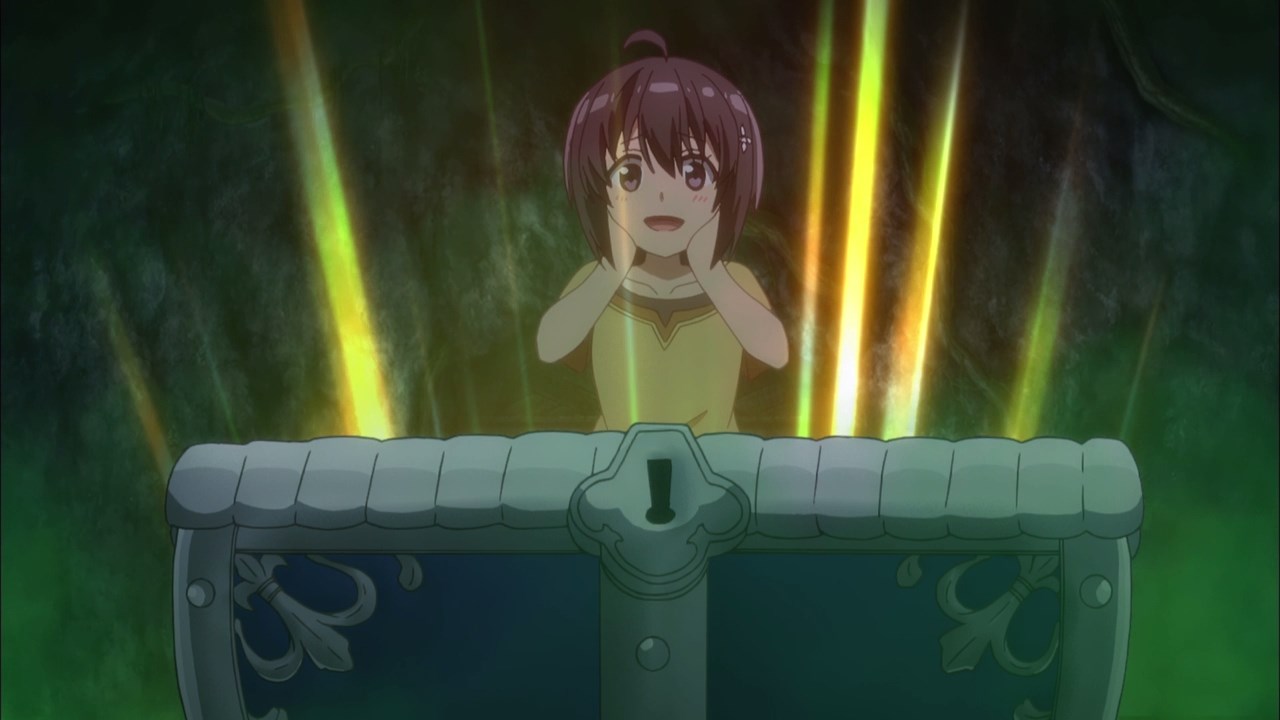 Not only that, but Maple got a reward for defeating the dungeon boss with her cute fangs. Man, I feel that I won’t take this show seriously because of the ridiculous progression of the main character! 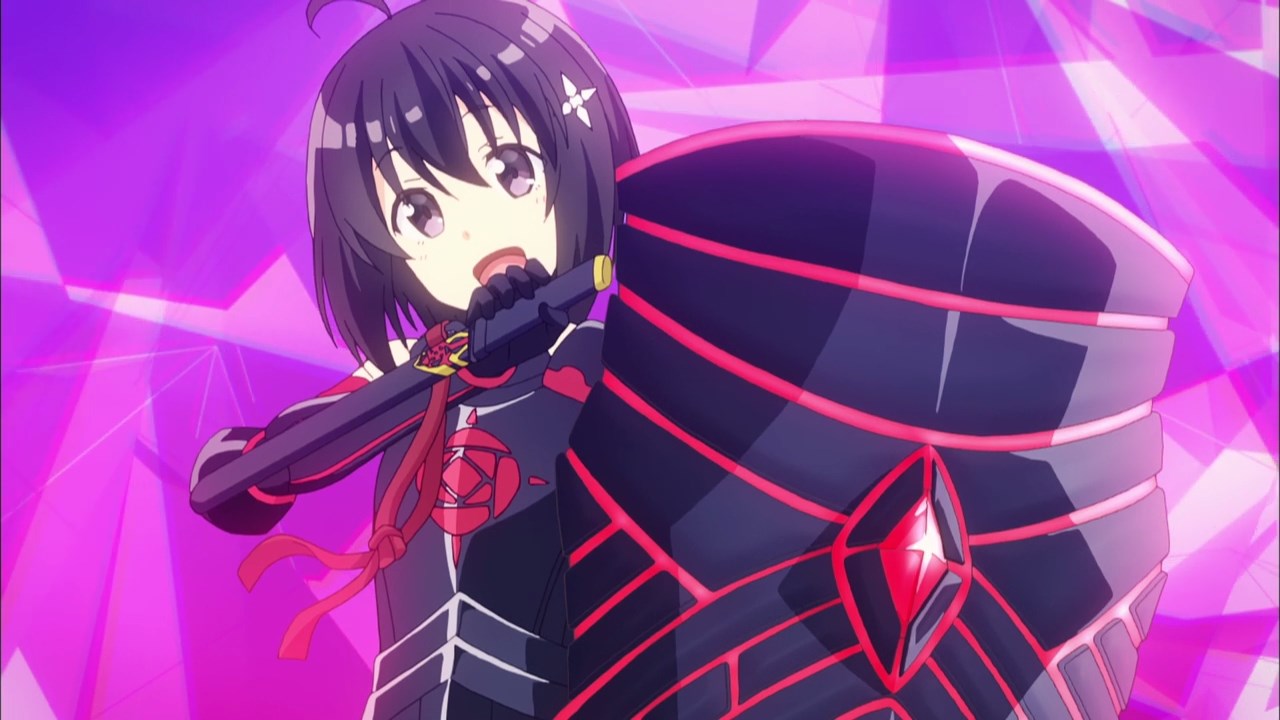 And so, we’ve reached the end of the first episode as it’s time to see the Rising of the Shield Heroine that is Maple!

With that said, I’ll see you on the next episode! Then again, I wonder if this anime adaptation of a light novel would entertain me till the end?