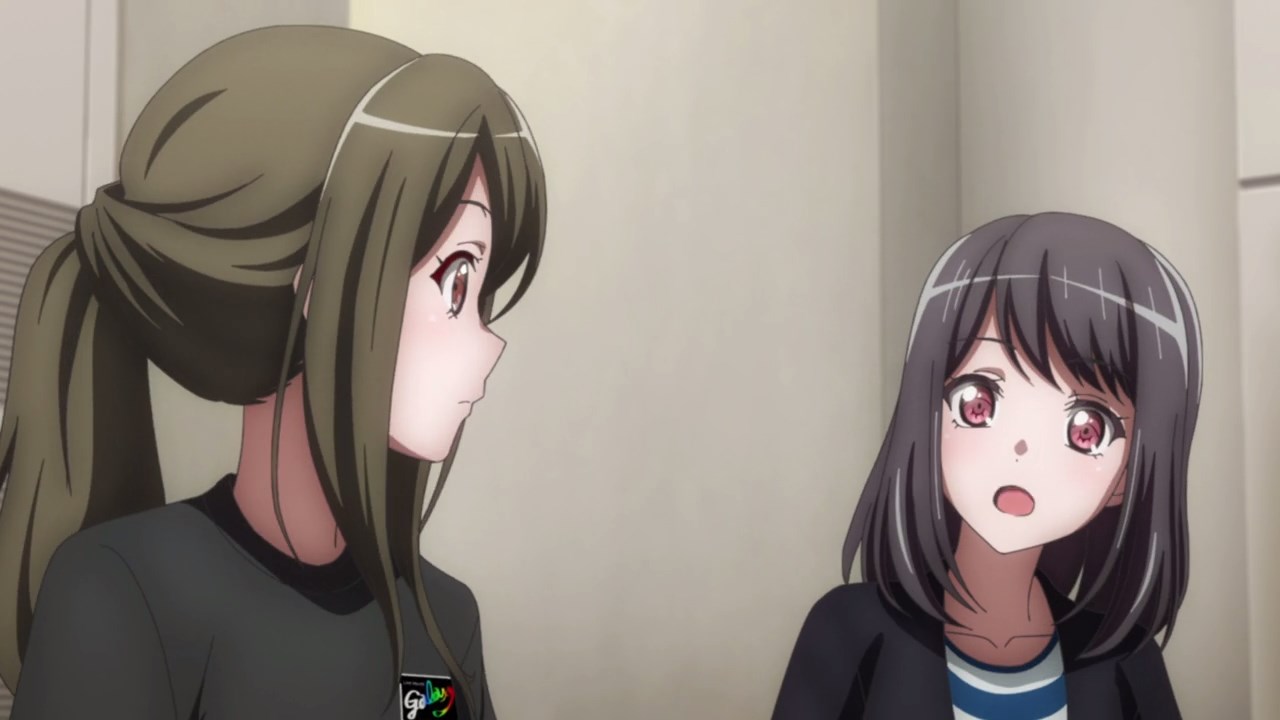 Hey everyone and while BanG Dream! Season 3 was supposed to air in late January 2020, it appears that HIDIVE has decided to release the first episode early. This means that I don’t need to wait for its premiere, but there’s a caveat that there won’t be any episodes released in February 2020 so it’s gonna be a long hiatus until then.

Anyways, let’s start the 3rd Season where Marina Tsukishima suggested to host a concert at the famous Budokan. You know, the venue where Houkago Tea Time tries to do a one-band show there and it didn’t go off as planned? Well, that’s in the past now ’cause we’re talking about popular girls bands on this show! 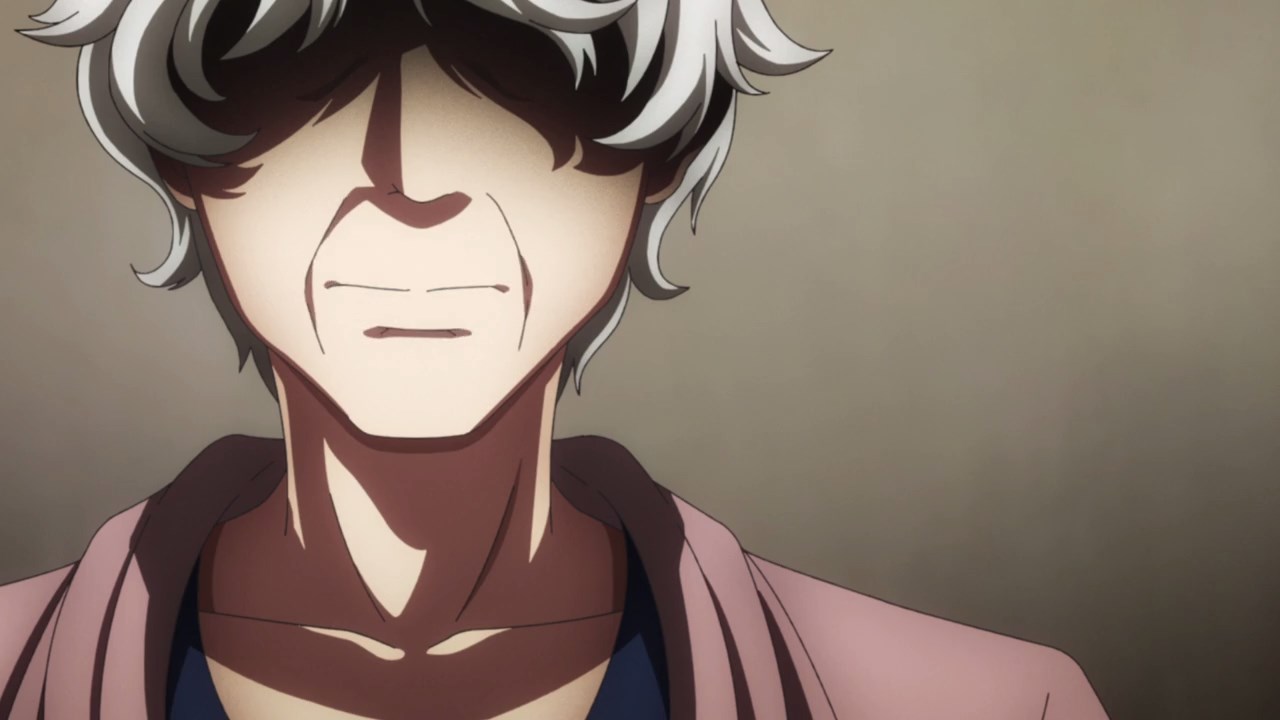 On the other hand, isn’t that Shifuna Tsuzuki, the former owner of the now-closed Live House Space? Why is she doing here?

You know something, I feel that she’s sponsoring this new concert that would be held at the Budokan. 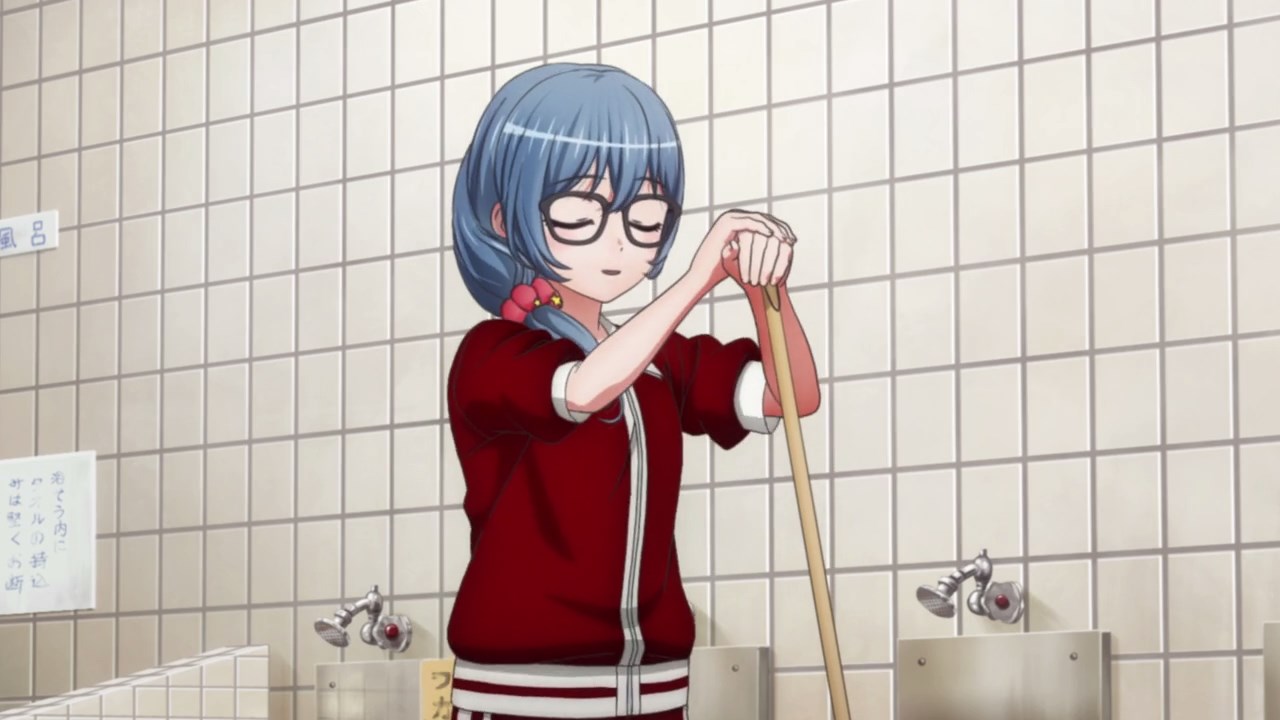 Now then, let’s move onto Rokka Asahi where she still working at the bathhouse while finding new members for her rock band.

Sadly, Rokka can’t find out because most of the girls are busy at Haneoka Girls’ Academy. Also, she fell asleep after cleaning the bathhouse… 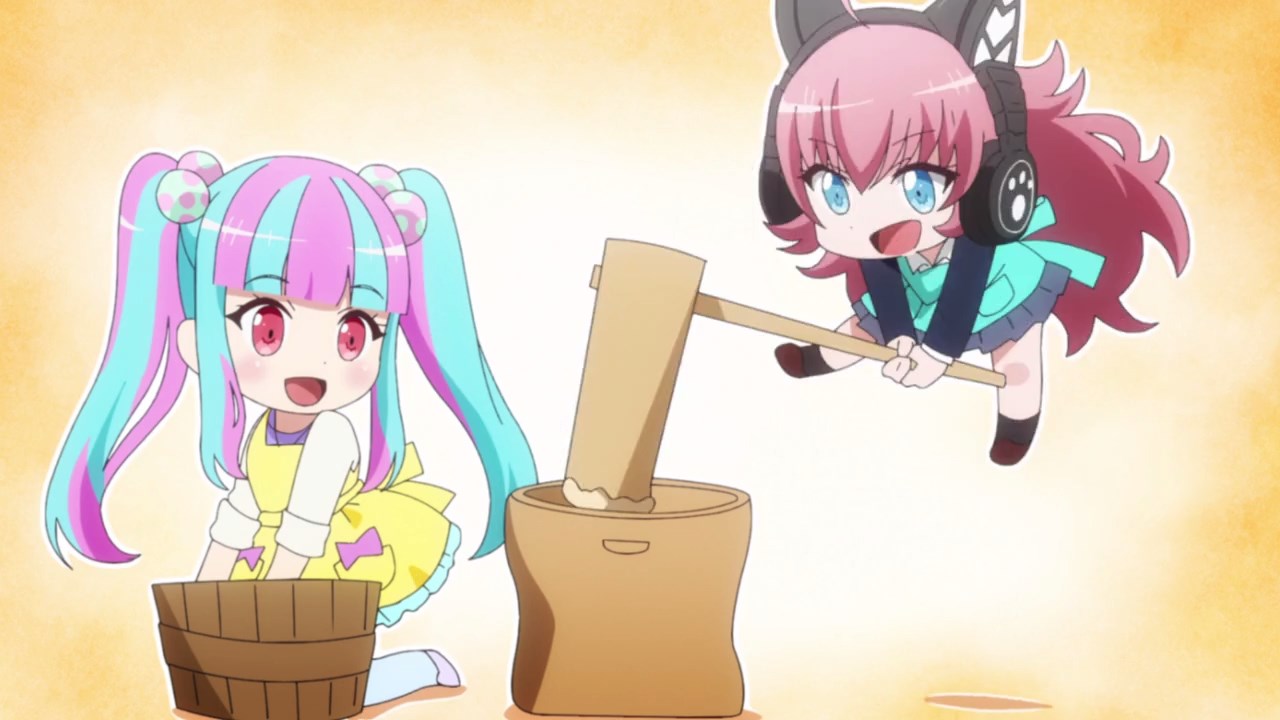 There, Chu2 and Pareo are pounding mochi until it’s soft enough to eat. 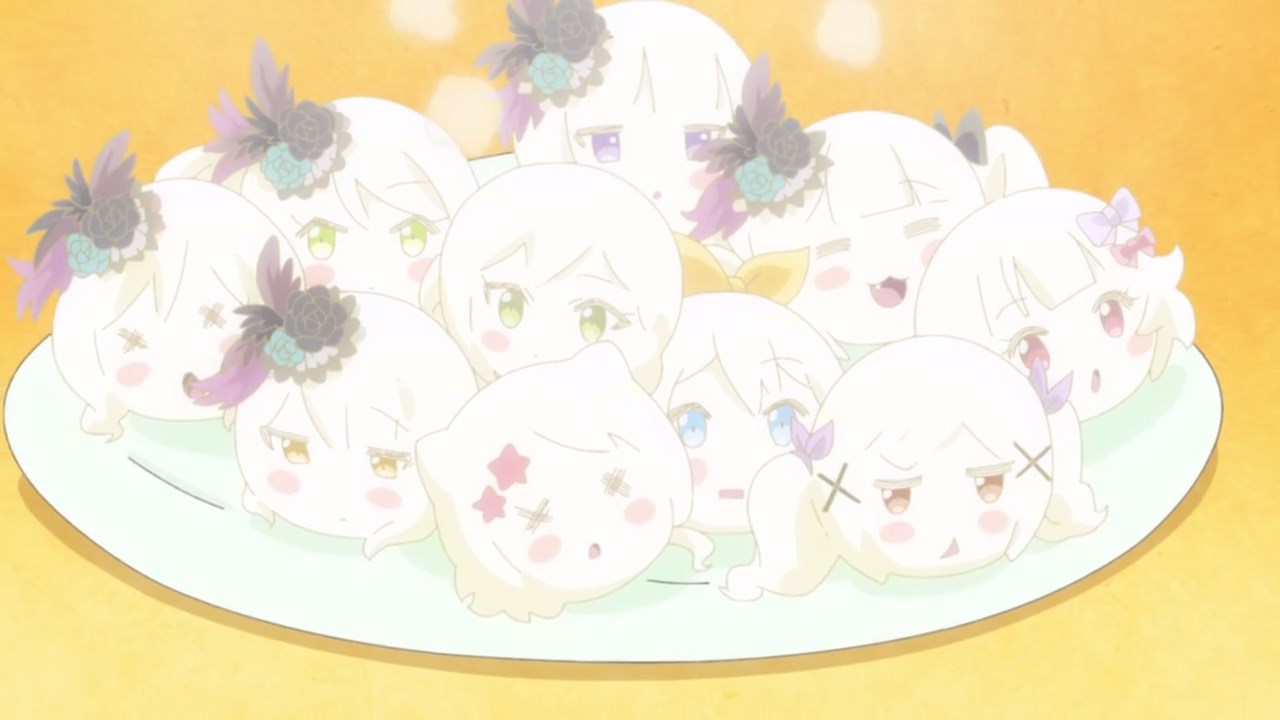 Said mochi happened to be the heads of both Roselia and Poppin’ Party! Okay, they look like dangos to me, but this is horrifying! 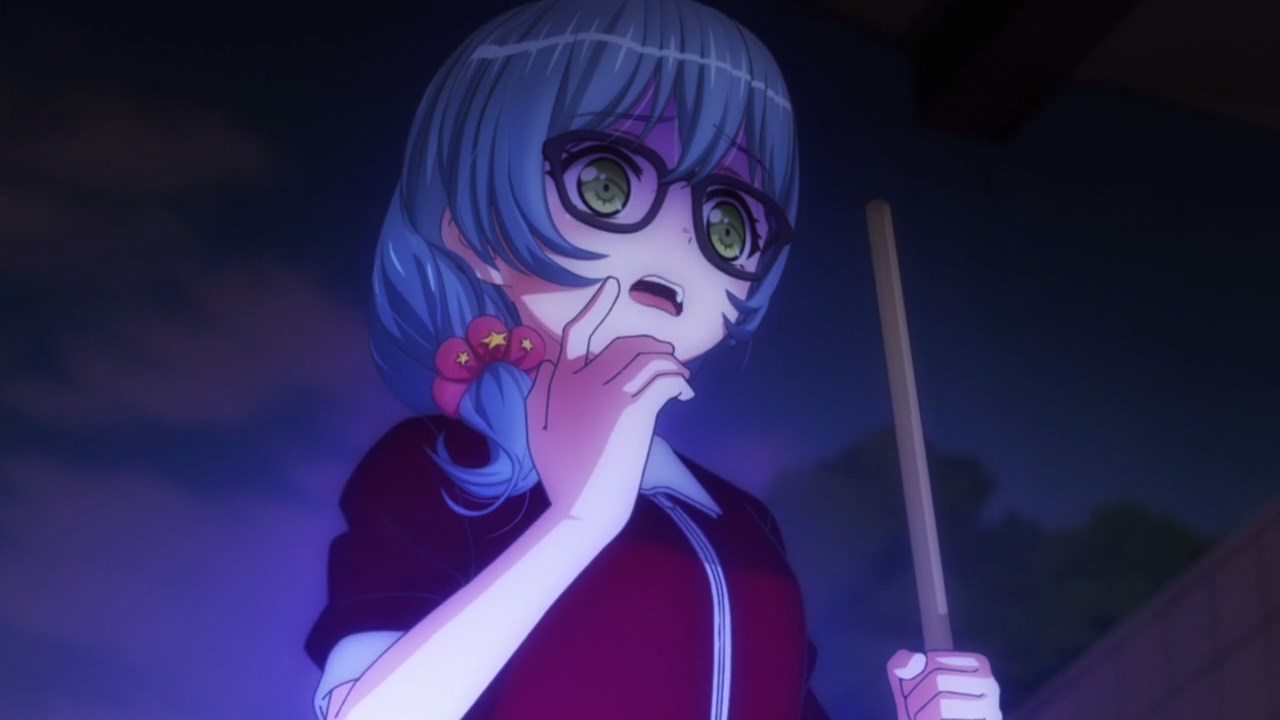 Even Asahi is terrified that Chu2 and Pareo are gonna pound both girls bands to death. Oh Rokka, you and your silly imaginations! 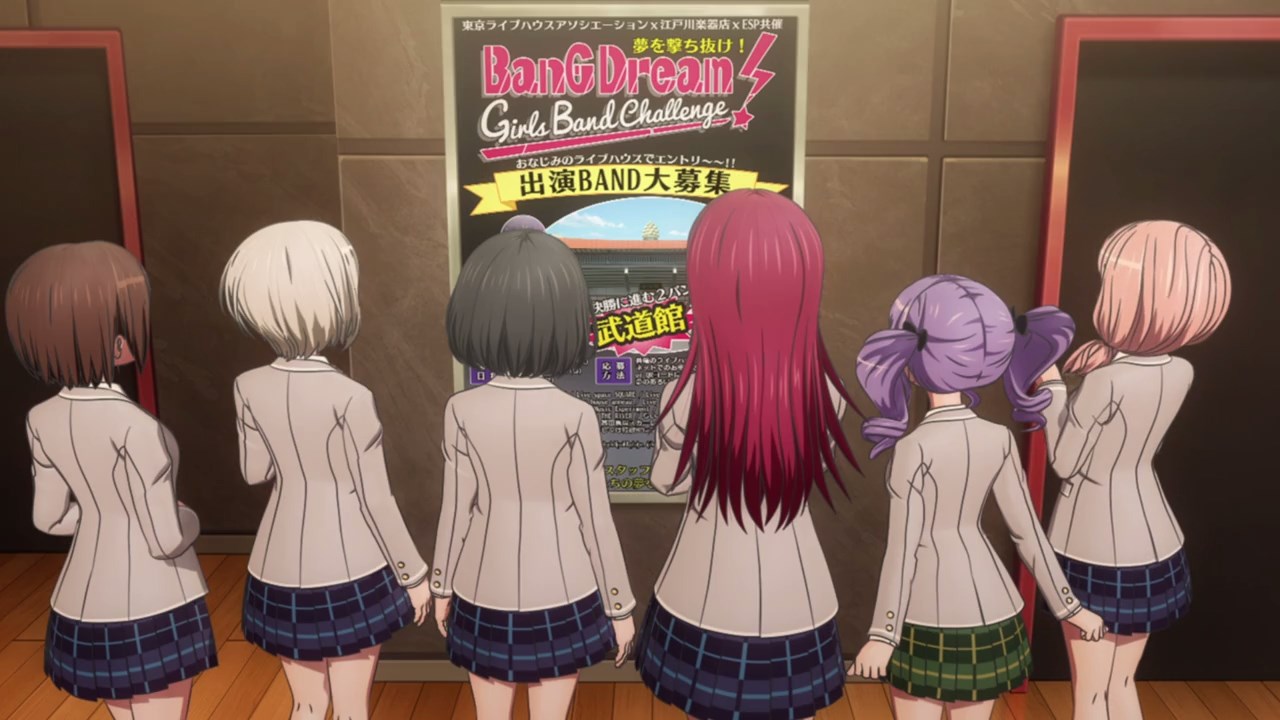 Anyways, it’s time to announce the BanG Dream! Girls Band Challenge where the final competition will be held at the Budokan. Okay, seems that Marina Tsukishima’s suggestion got the green-light huh?

Of course, they need to qualify first before performing at the Budokan as various venues like Dub Music Experiment and Live House Galaxy will serve as qualifiers. Well, good luck to those aspiring girls bands. 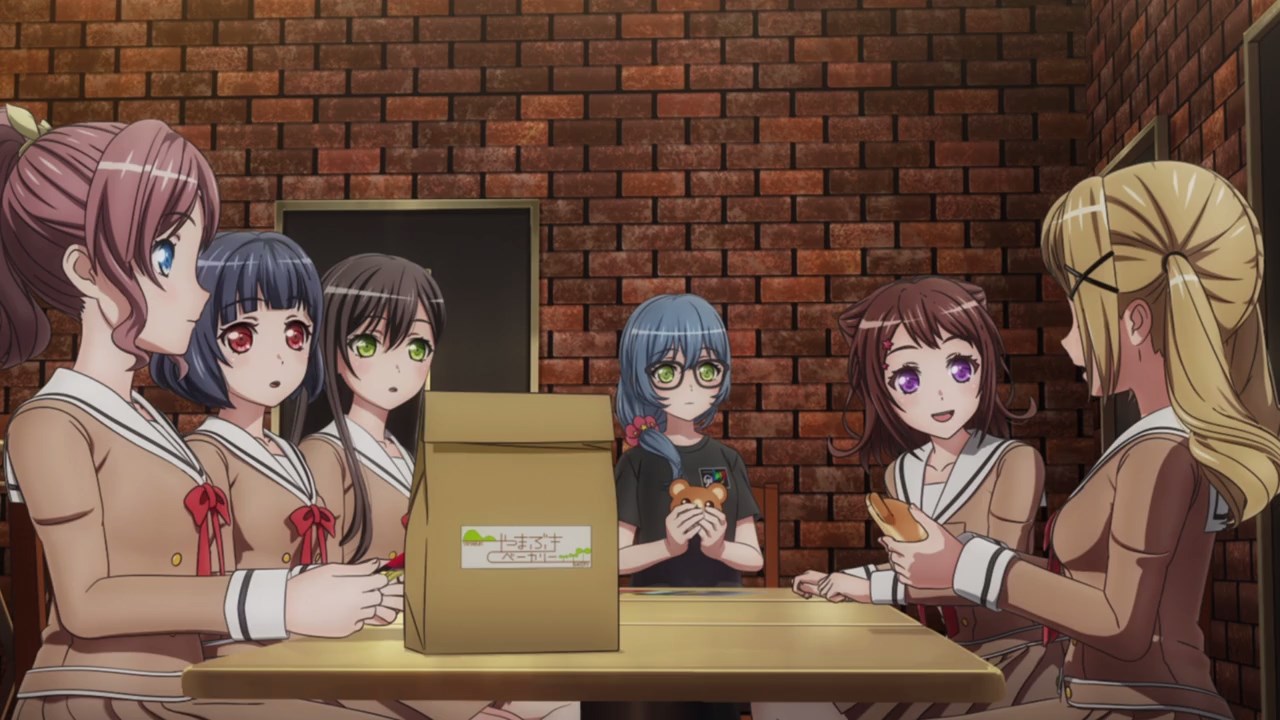 In any case, Rokka Asahi couldn’t believe that there’s a competition for girls bands, although she wished to go there with her own band.

As for Poppin’ Party, the likes of Kasumi Toyama and her friends are going to perform at the Budokan since it’s their main goal. Then again, the only thing that concerns me is Roselia as they might not participate since Yukina Minato’s band is busy preparing for Future World Fest. 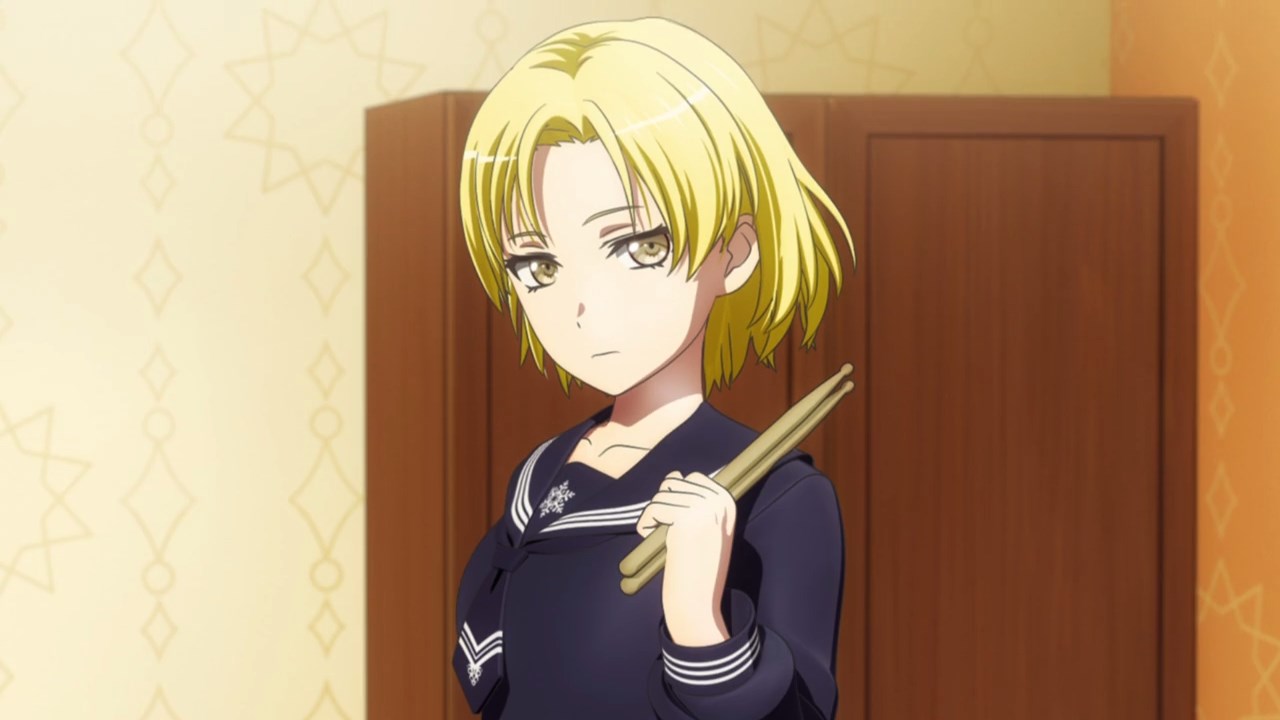 Also, notice that Masking is not wearing her usual yankee clothes as she’s wearing a school uniform… from the prestigious Shirayuki Academy. Wait, is Masuki a rich girl despite acting like a thug? 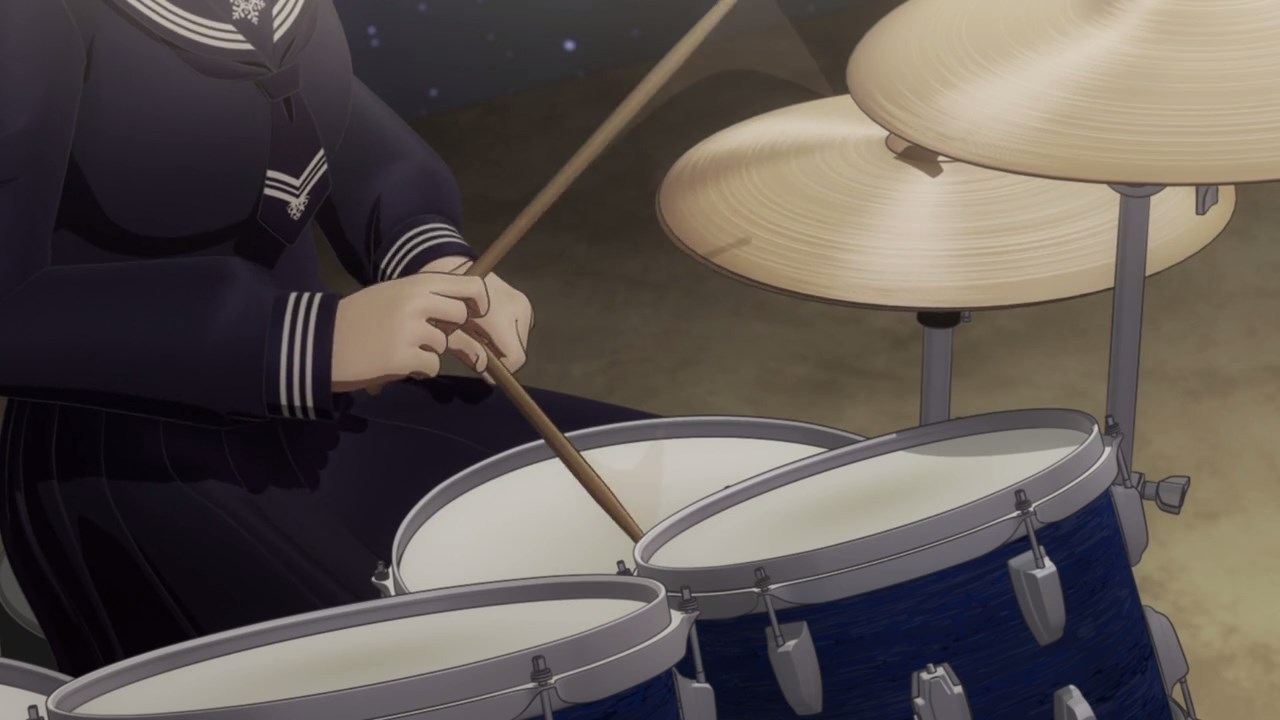 Regardless of her background, Masking’s drumming skills sent chills down to everyone’s spine that it’s no wonder why Chu2 selected her as the main drummer of RAISE A SUILEN! 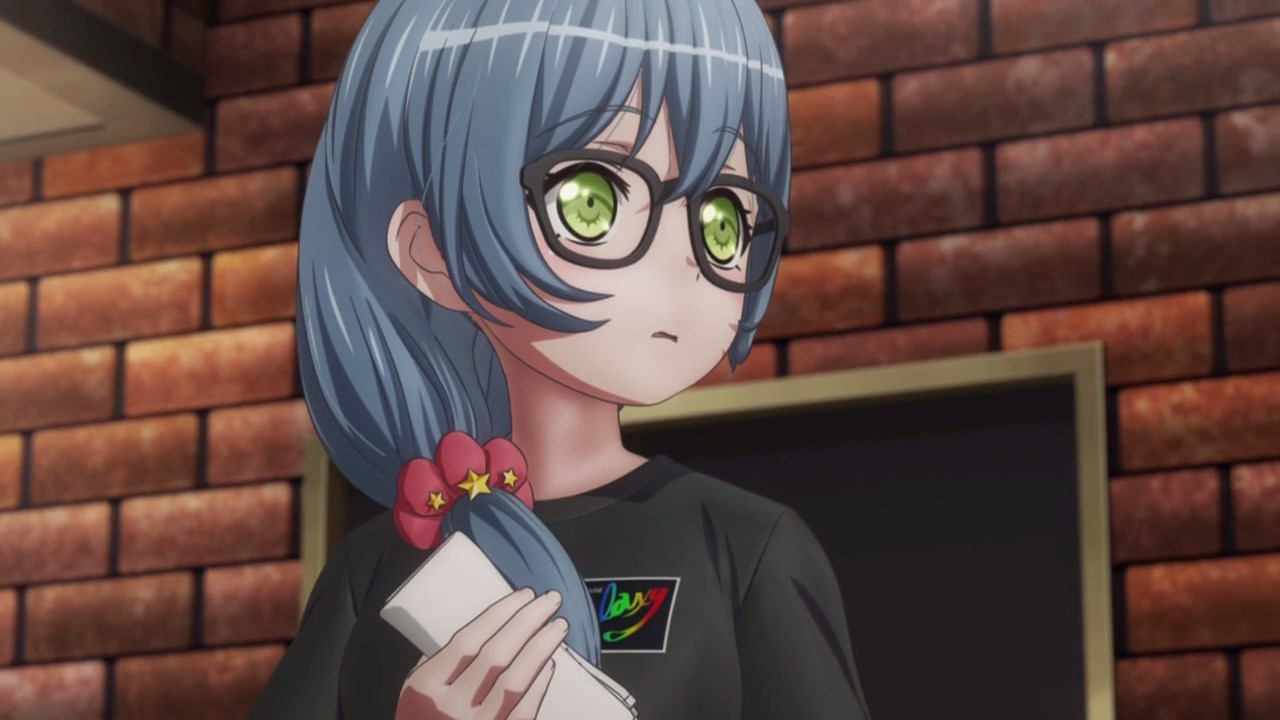 For Rokka Asahi, she was amazed at Masking’s impromptu drumming performance that Rokka really wants to have her own girls band. Poor girl, I hope some band would pick you up as the main guitarist… 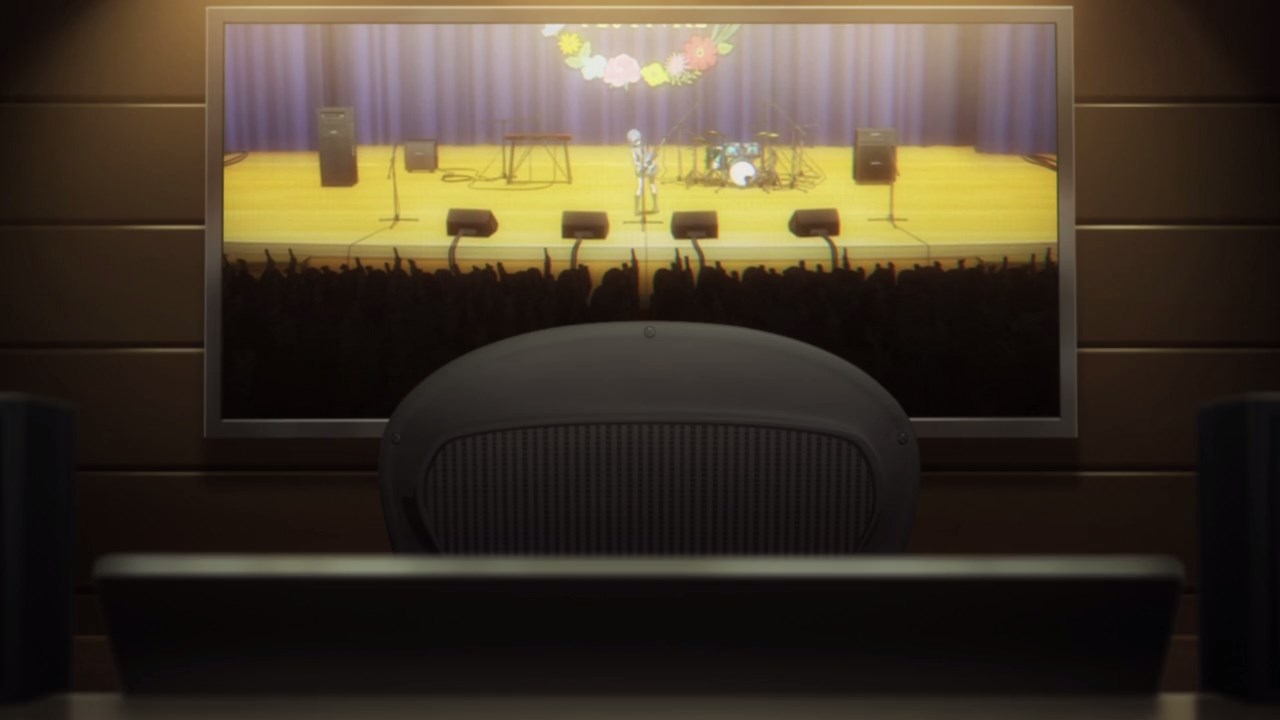 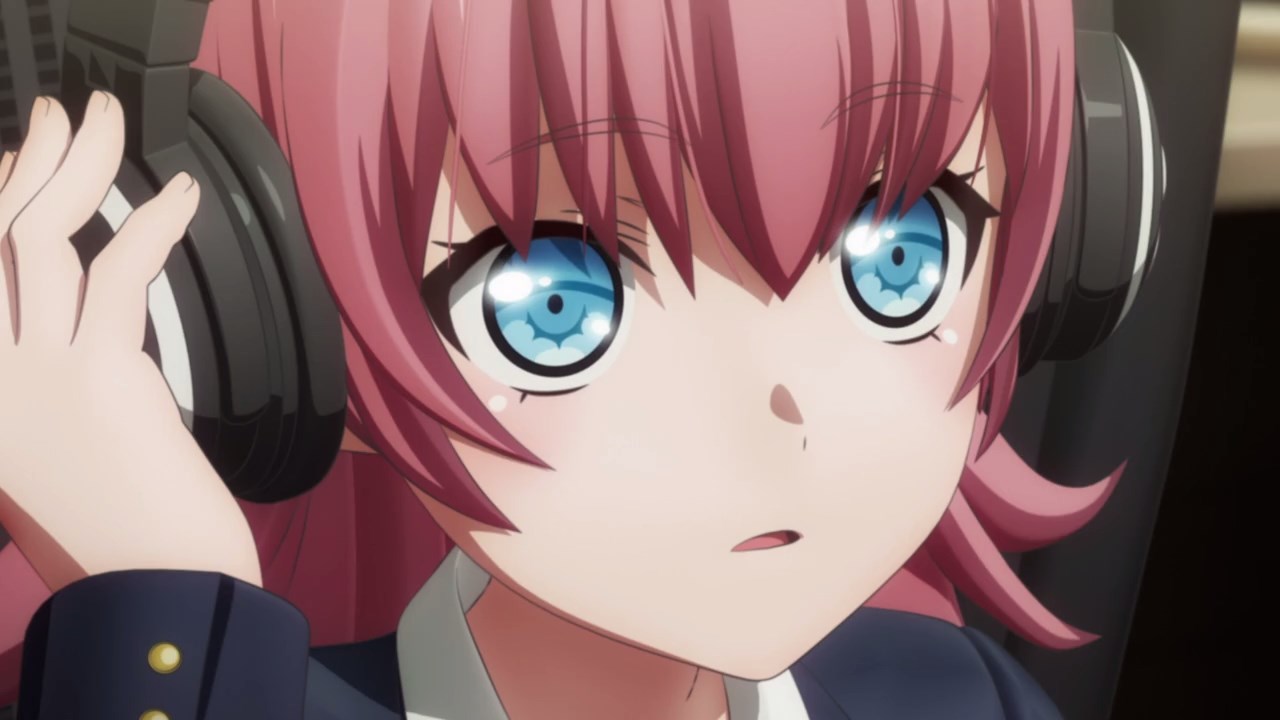 On second thought, I think Rokka will have a chance of joining a girls band. You see, a certain producer/DJ found one of the videos where Asahi performed a guitar solo during the joint culture festival. 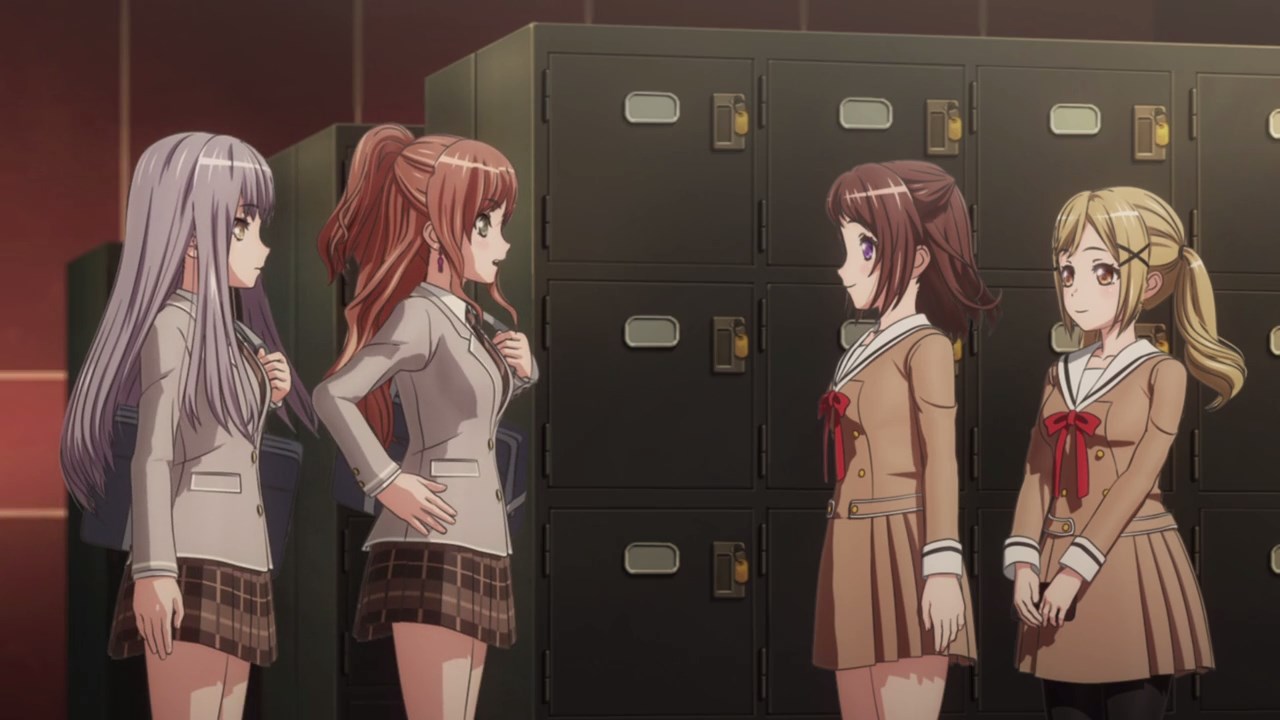 Now then, looks like Roselia and Poppin’ Party got invited at the Dub Music Experiment for a RAISE A SUILEN concert, which got me thinking on what Chu2 is planning next for her band? 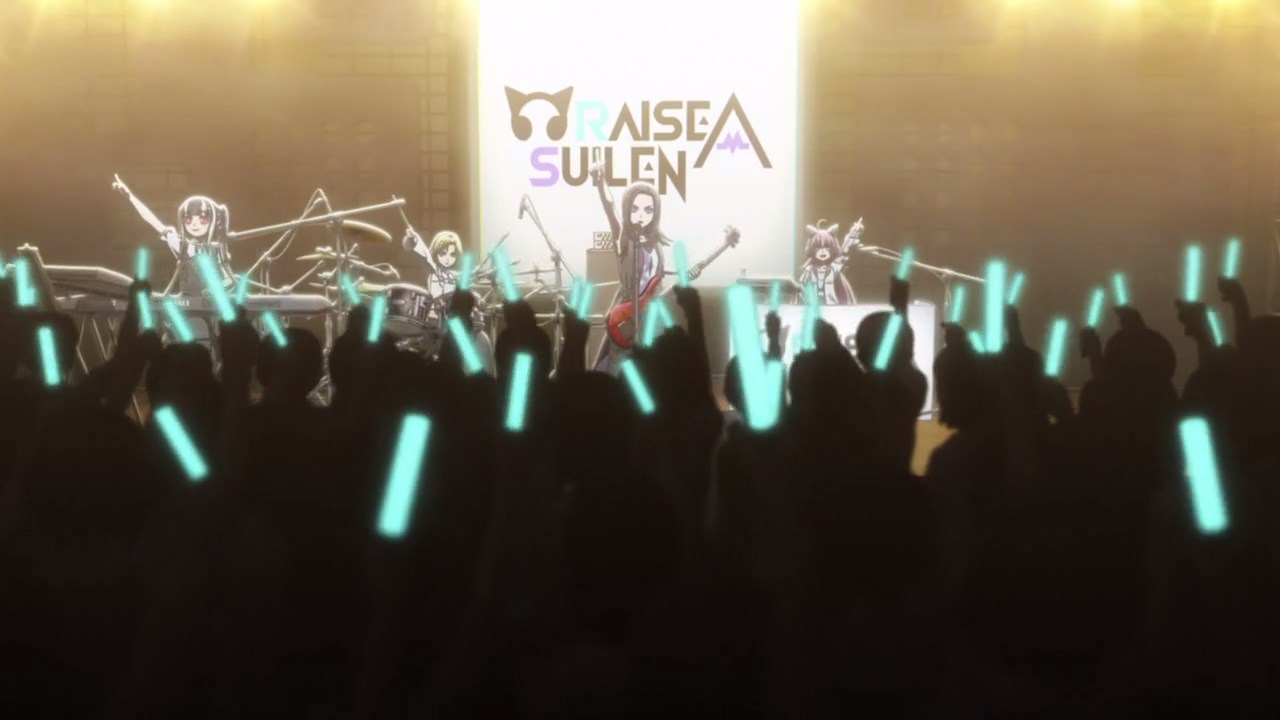 Anyways, it’s time for RAISE A SUILEN to rock the house as despite not having a guitarist, they’re doing fine thanks to Chu2’s DJ skills by adding a backing guitar track. 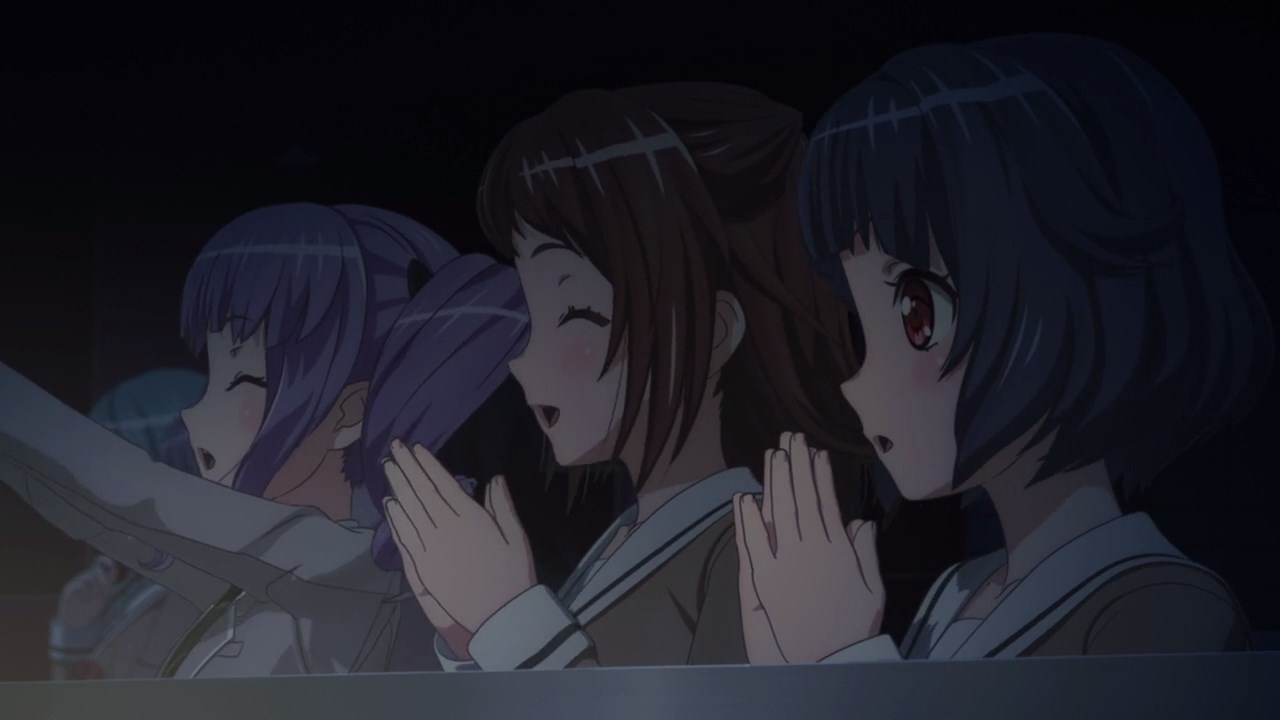 Both Poppin’ Party and Roselia enjoyed watching it but I wanna hear Chu2 (or Chiyu Tamade) in regards to the future of her band. 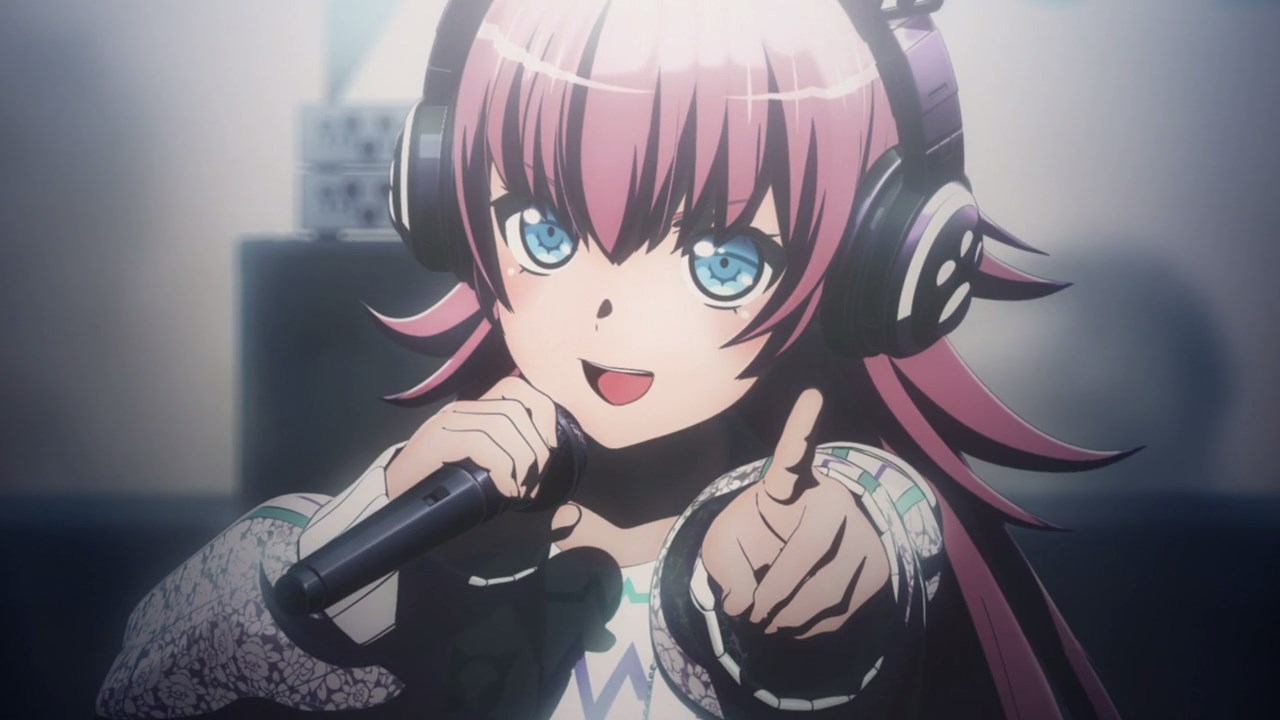 With that said, here’s the producer herself as Chu2 announces that RAISE A SUILEN will participate in the BanG Dream! Girls Band Challenge and crush the competition.

But in order to do that, Chu2 need a guitarist that would lead her girls band to victory! 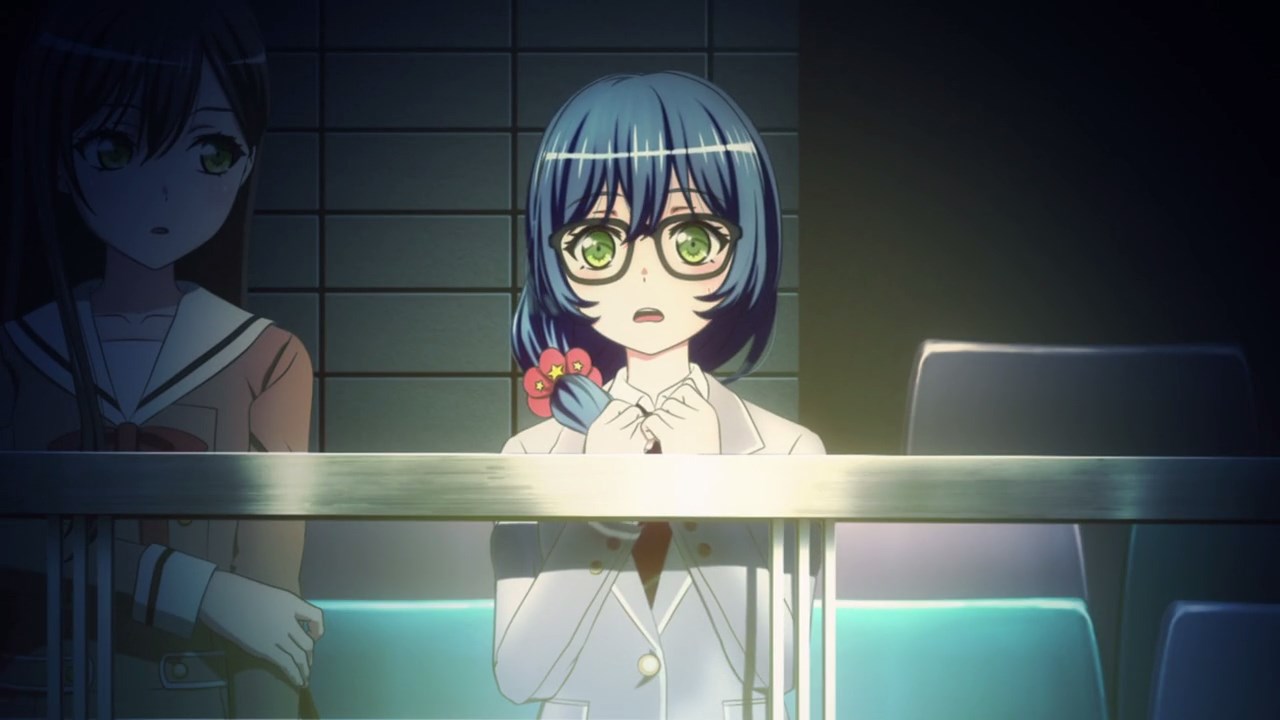 Therefore, Chu2 selected Rokka Asahi as the new guitarist of RAISE A SUILEN. Even Lock is surprised that she was selected during the live gig at the Dub Music Experiment!

Now then, I’m sure that you see it coming for Rokka Asahi to become the new guitarist of RAISE A SUILEN, but will she accept Chu2’s invitation? I mean, she’s struggling to find band members so it’s a good thing Chu2 selected Lock as O-Tae’s replacement.

Anyways, I’ll see you next time as things are heating up in the lead-up to the BanG Dream! Girls Band Challenge!