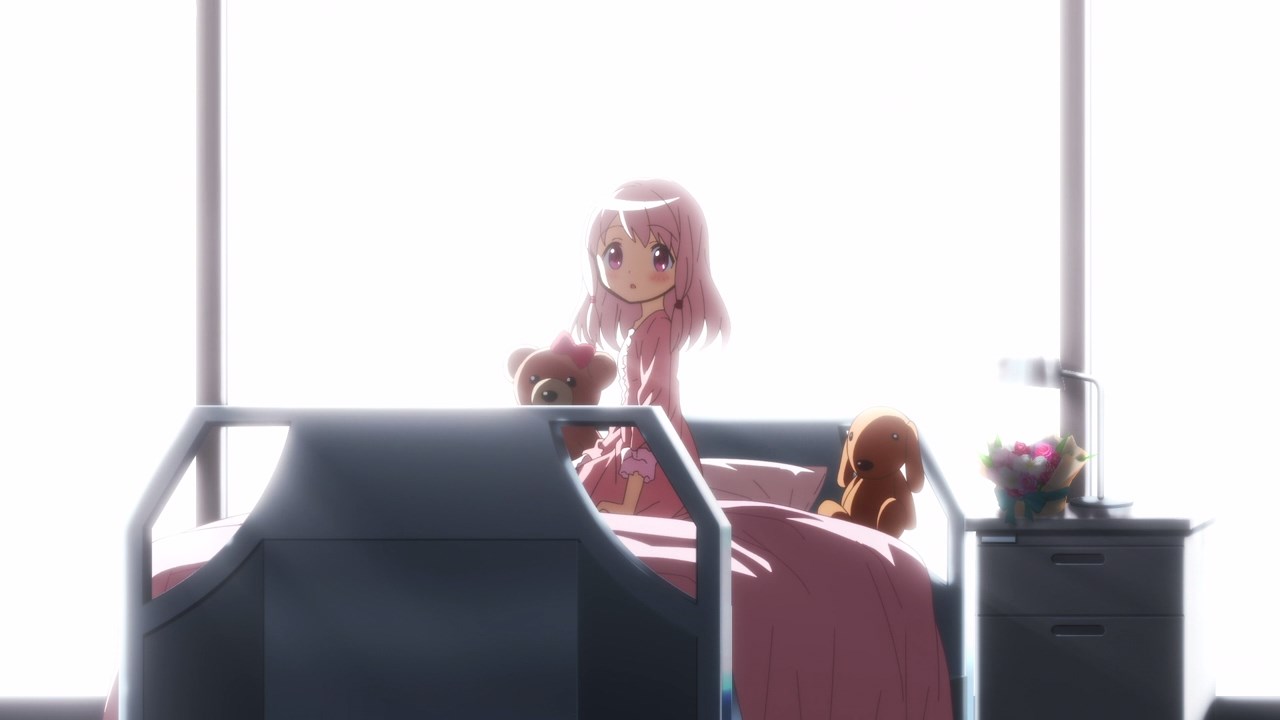 Hey everyone, I would like you to introduce to Ui Tamaki, Iroha’s little sister who got admitted to a hospital in Kamihama City due to a mysterious illness, but Ui disappeared as if she didn’t existed in the beginning.

I have to say that it’s sucks that Ui was forgotten by everyone except for Iroha in which she really wants to see her little sister again. 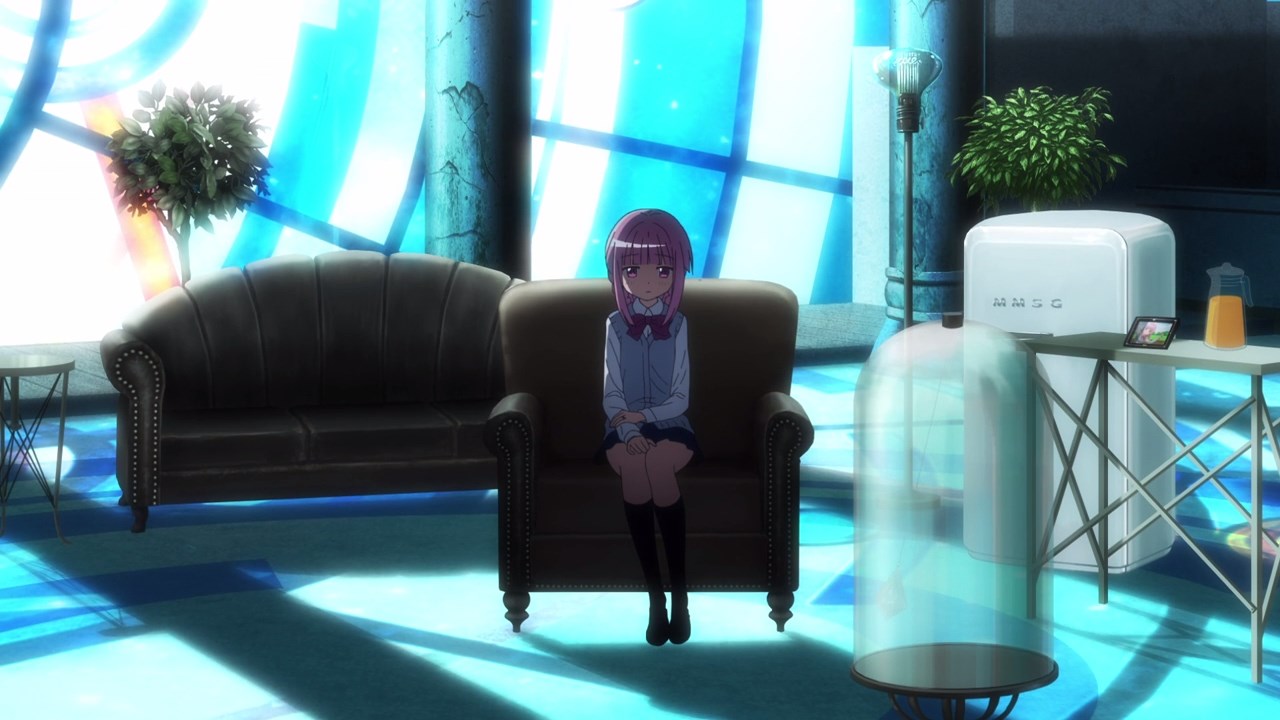 In any case, Iroha Tamaki went to Kamihama City despite receiving a warning from Yachiyo Nanami on forbidding her to go to that city.

Then again, Iroha ignored her warning and thus she end up staying at an undisclosed location in Kamihama City. 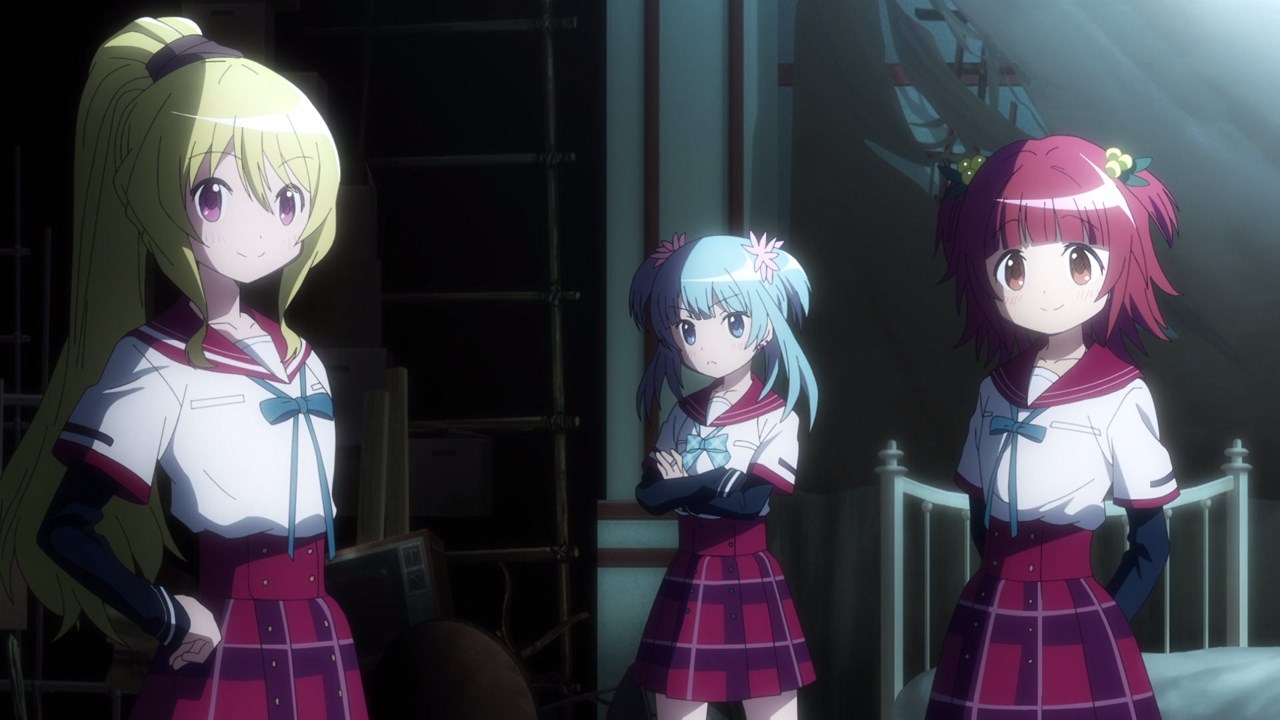 There, Iroha met various magical girls in Kamihama City such as Momoko Togame, Rena Minami, and Kaede Akino. There, Iroha Tamaki explained to them that she went to Kamihama City in order to find her sister that was admitted at Satomi Medical Center.

While the likes of Momoko and Kaede will help Iroha on finding her sister, Rena refused as they’re busy finding the Chain Witch where it said that it’s linked to a rumor about the Friendship Ending Staircase. And here’s the thing about the rumor because whoever write the name of his/her friend on the staircase, he/she shall be taken away by the Chain Witch and thus their friendship has ended.

Anyways, I hope that they succeed on finding the Chain Witch and destroy it so that no one will be taken away. Right now, it’s time for Iroha to find her sister. 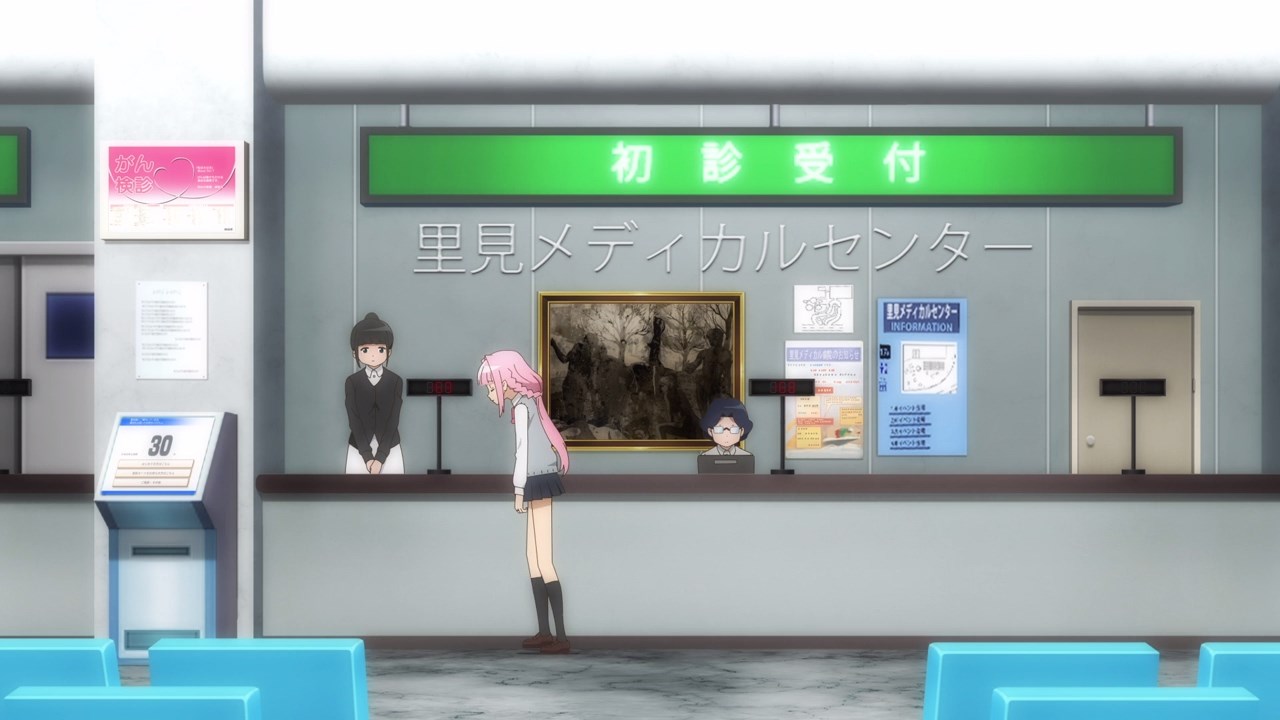 Unfortunately, getting inside the Satomi Medical Center is very tricky as the staff won’t let Iroha get in. Heck, they told her that there’s no patient named Ui Tamaki in their records.

Well then, seems that finding Ui is gonna be difficult so for now, it’s time to tackle the Chain Witch first. 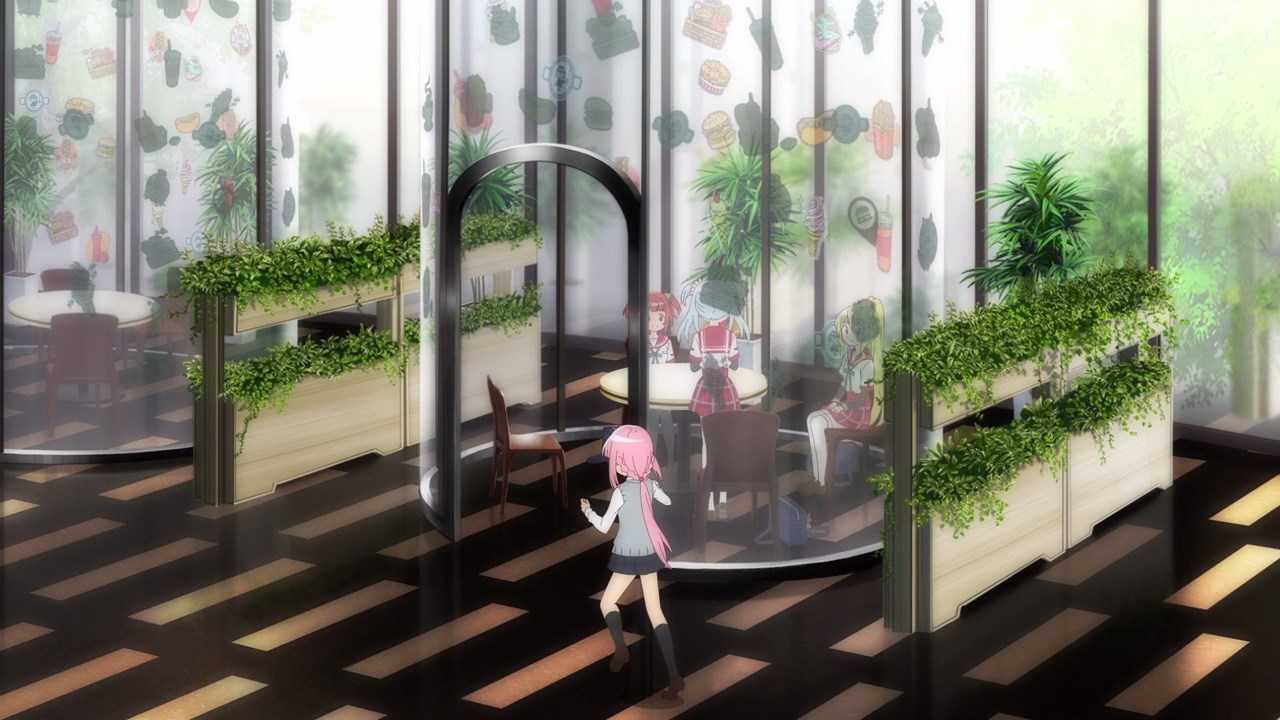 So, Iroha went to a burger join to meet with Momoko and her team to discuss about finding that particular witch. 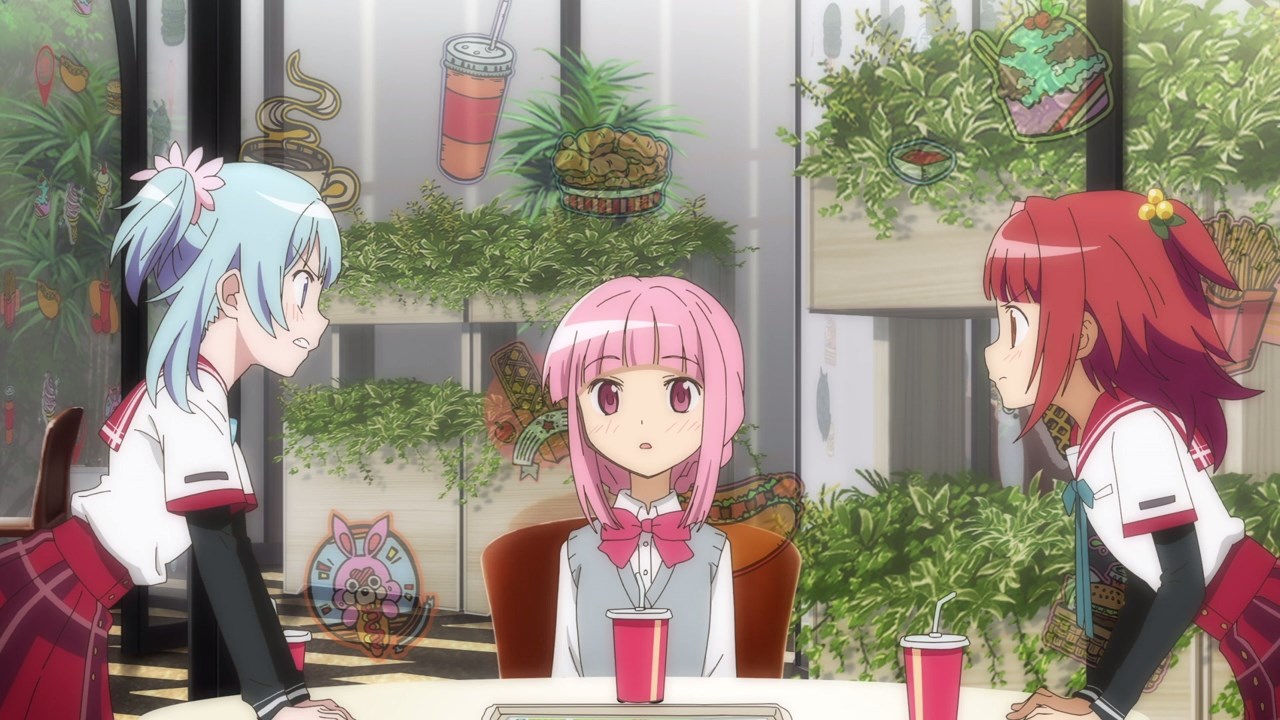 However, Iroha was greeted with an argument between Rena Minami and Kaede Akino where the former mocked the latter for her wish upon becoming a magical girl.

Of course, Kaede told Rena that her wish is not stupid because she really want to protect her family garden, which is very important to her. Oh yeah and as for Rena’s wish, she really want to have friends but the problem is her arrogant attitude. 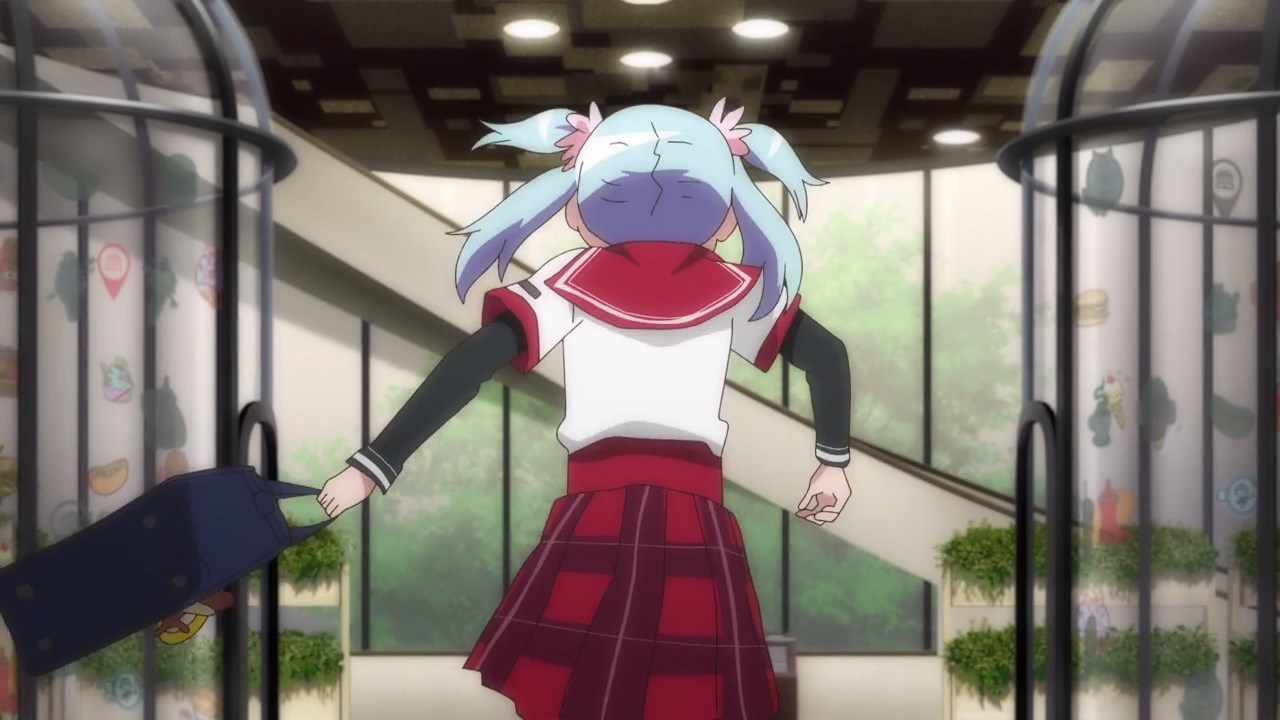 In any case, their argument went badly as Rena Minami went outside because she had enough with Kaede Akino. 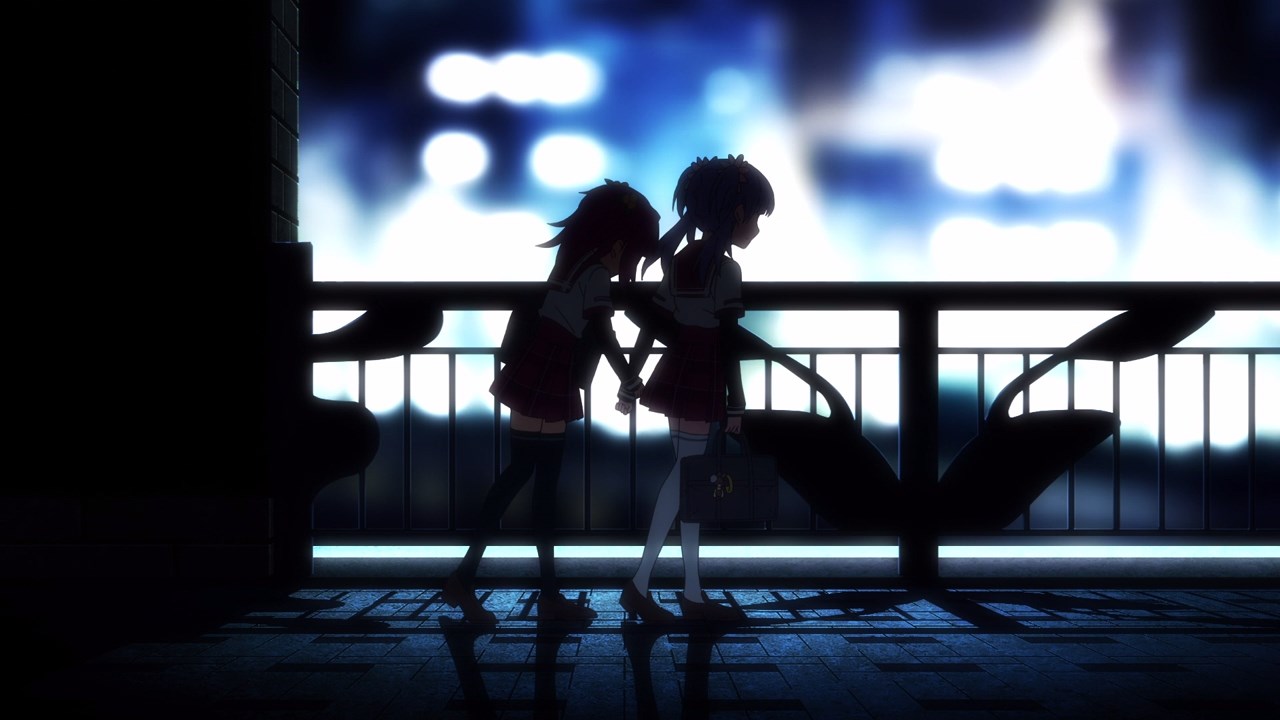 Anyways, Kaede Akino chased Rena Minami where she won’t let go of her friend no matter what. Then again, I wonder if they make peace with each other after Rena mocked Kaede’s wish? 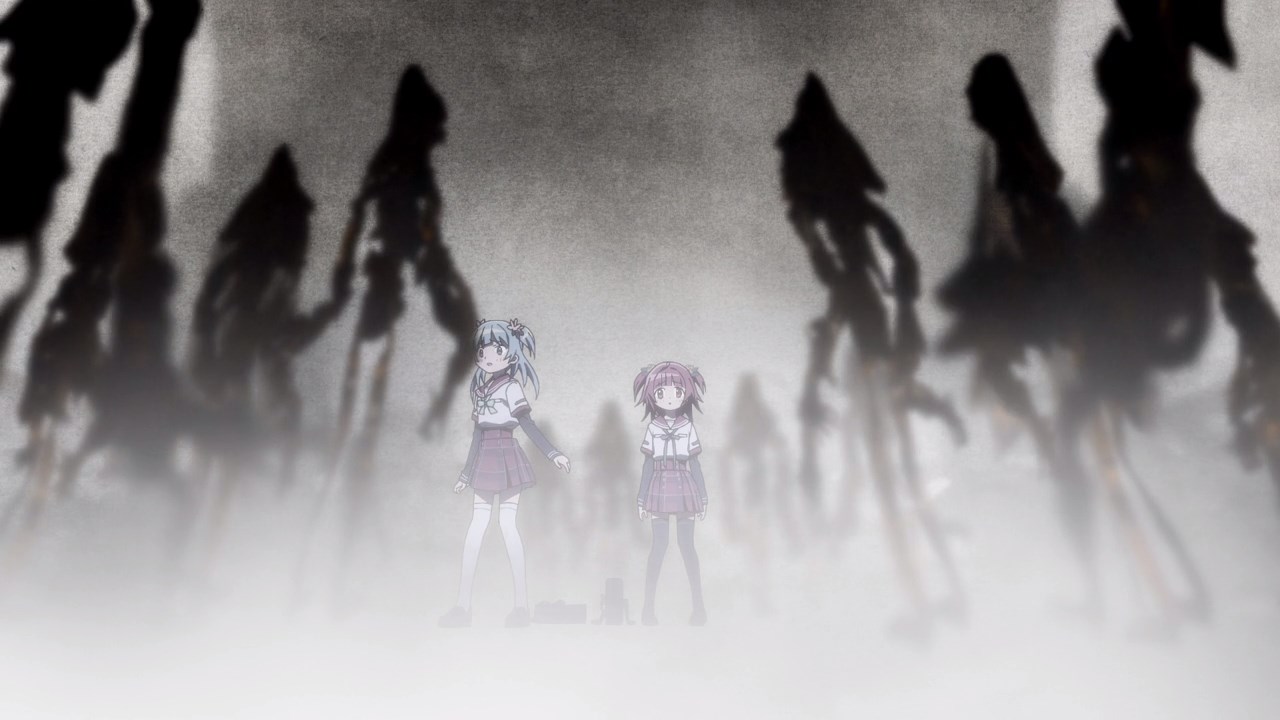 Suddenly, the Chain Witch unexpectedly appeared in which she’ll take someone whose friendship has ended. 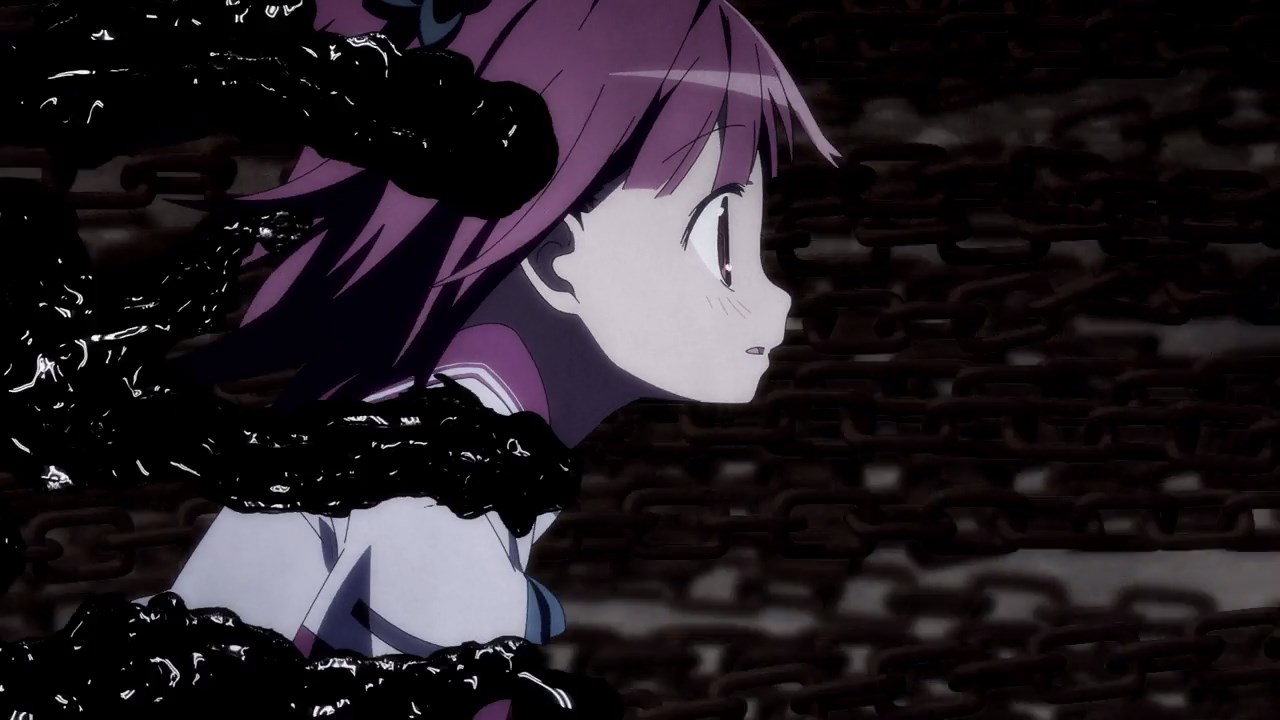 And it turns out that it was none other than Kaede Akino in which she was taken away by the Chain Witch. And here’s the thing though because Rena Minami already write her friend out to the infamous Friendship Ending Staircase.

But anyway, looks like we have a casualty right here in this Madoka Magica spin-off, and we don’t need to wait for a magical girl getting killed on the next episode. Still, I wonder what will Iroha Tamaki do now that a magical girl got the shaft in front of her eyes? I guess I’ll find out soon enough…