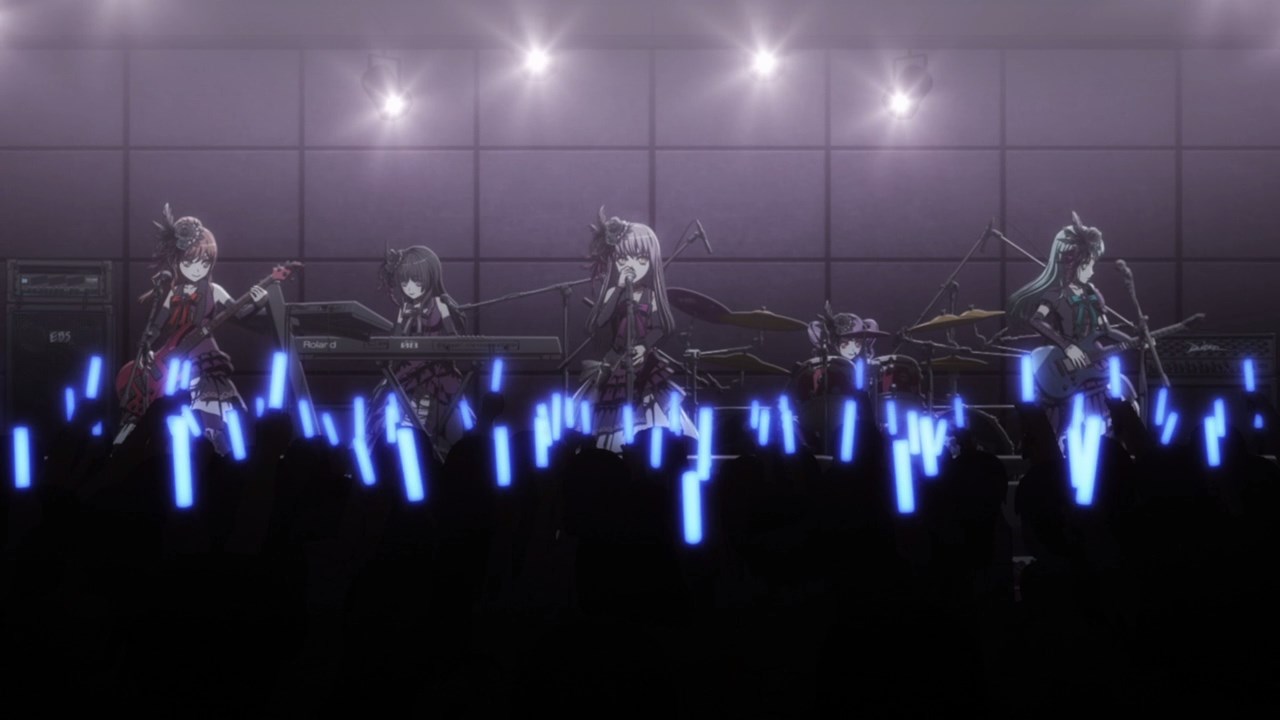 Well everyone, looks like Roselia has thrown the gauntlet for the BanG Dream! Girls Band Challenge as Yukina Minato and the rest are rocking the house down at Live House Circle!

C’mon, they’re the best girls band there is despite having a busy schedule! 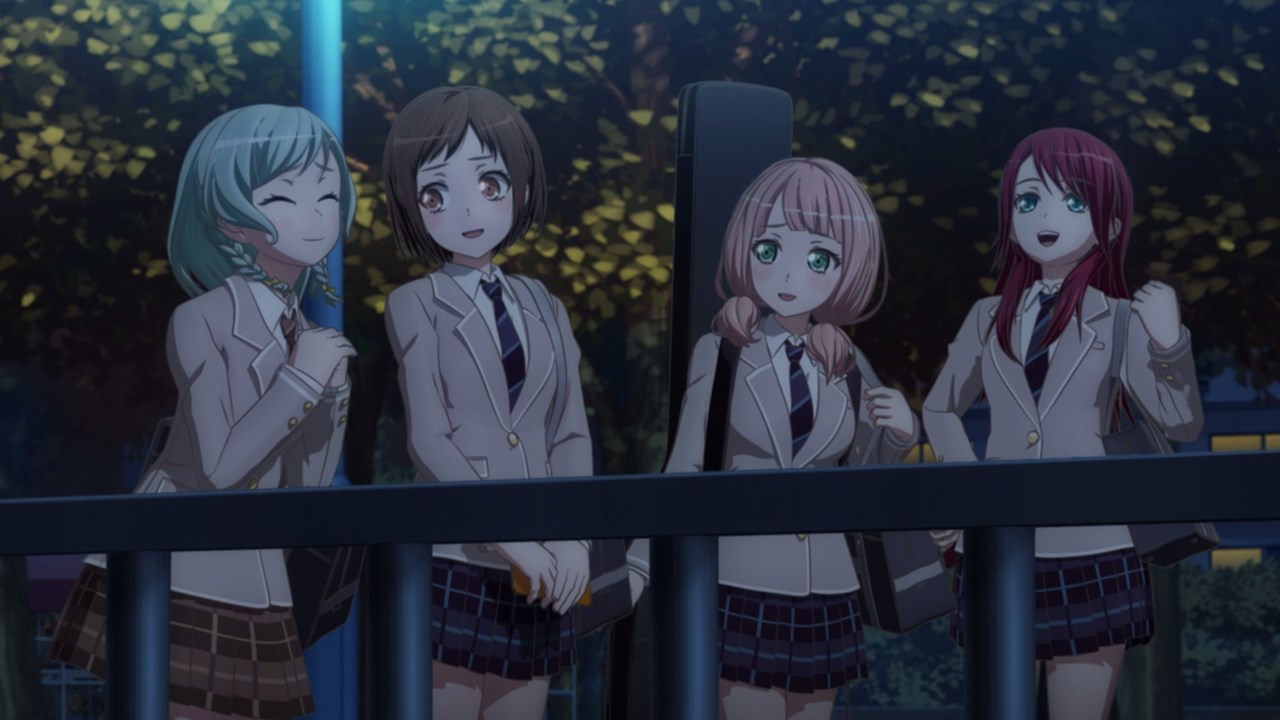 Then again, I wonder when will Afterglow, Pastel*Palettes, and Hello, Happy World! participate in BanG Dream! Girls Band Challenge? 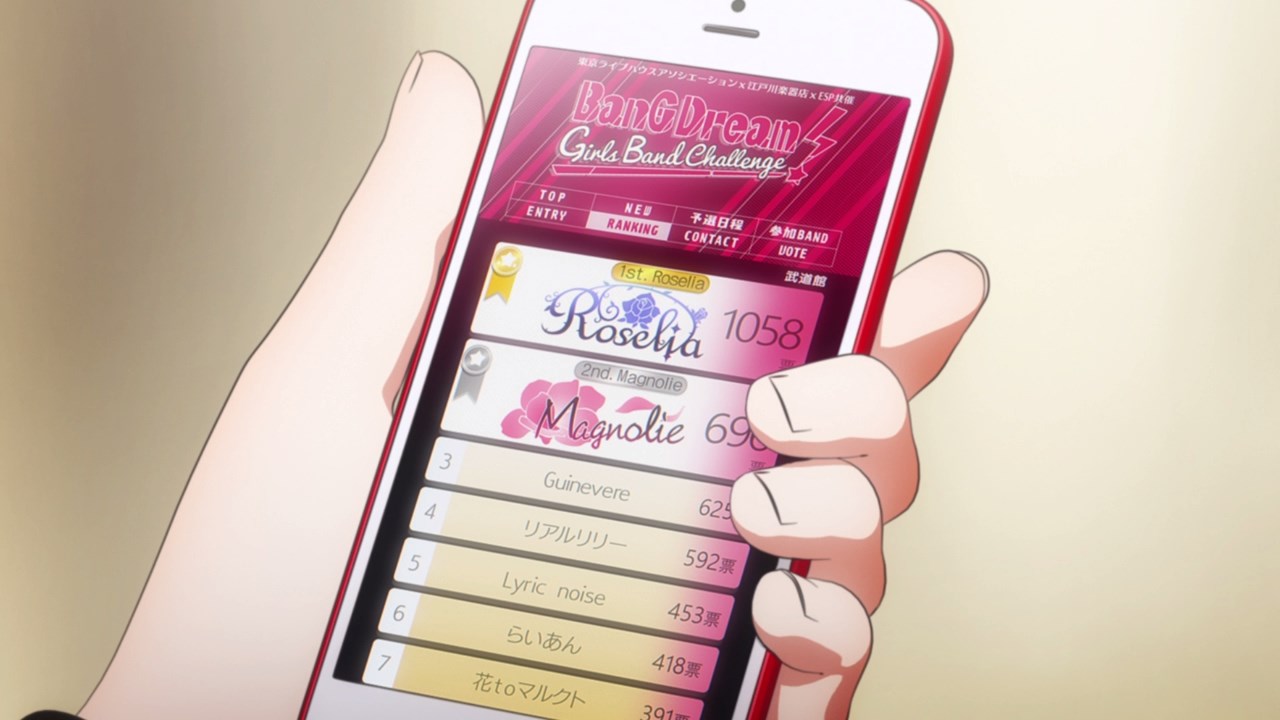 Of course with Roselia’s participation, this puts RAISE A SUILEN into 2nd place and while they’re still in contention for the final contest at the Budokan, they can’t rest just yet because there are lots of girls band climbing their way to the top. 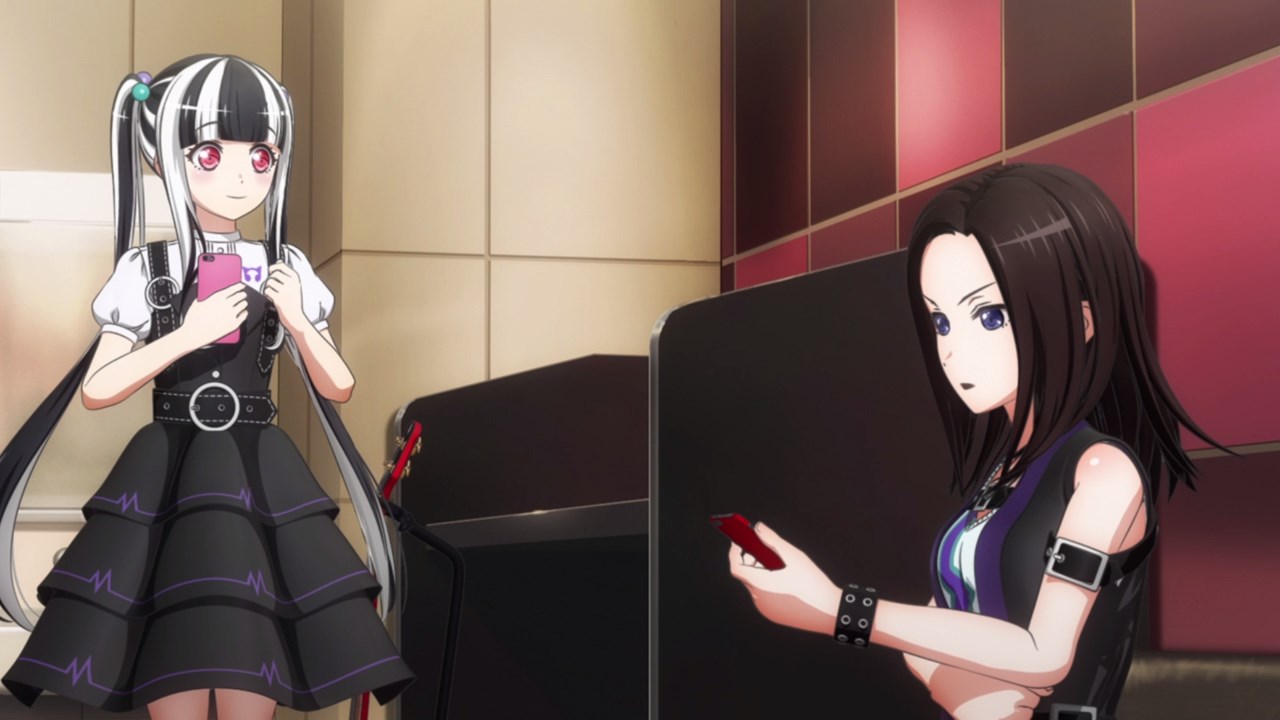 Also, there’s a problem of finding a new guitarist after Tae Hanazono left.

This concerned Layer as she and the fellow band-mates can’t rely on the backing track for much longer. Man, if only Rokka Asahi got recruited in RAS…

Speaking of Rokka Asahi, she’s still in deep thought of whether she should have seriously taken the offer from Chu2, or decline since Rokka doesn’t want to crush PoPiPa.

Regardless, Asahi is feeling a bit down lately after she got dragged by Masking and force to play the guitar, only for Chu2 to reject her in the end.

But don’t worry though, there’s Tae Hanazono where she’ll cheer Rokka Asahi up.

Then again, something ain’t right as O-Tae’s skin is getting red. Don’t tell me that she can’t stand the heat?

Oh, looks like O-Tae already fainted. Still, I’m hoping that Rokka would bounce back after being rejected by Chu2. 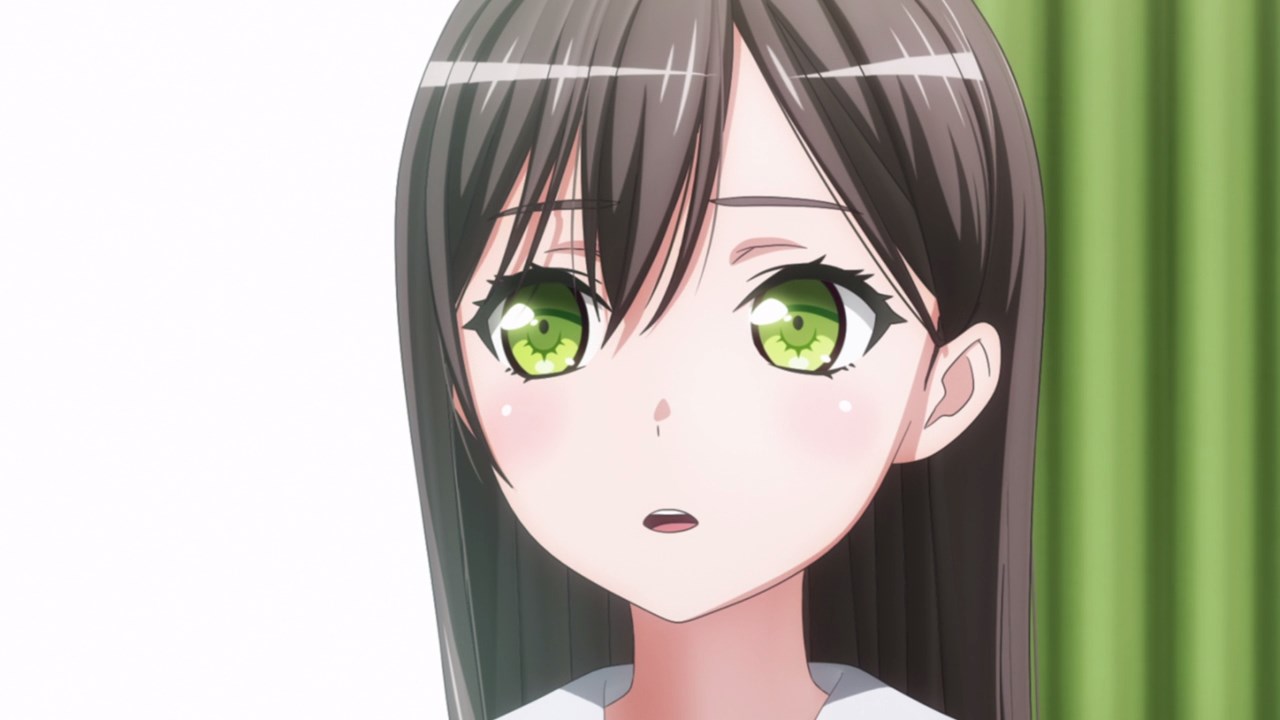 Anyways, Tae Hanazono told her band-mates about Rokka Asahi where she’s not feeling happy lately, therefore O-Tae asks them to cheer her up. 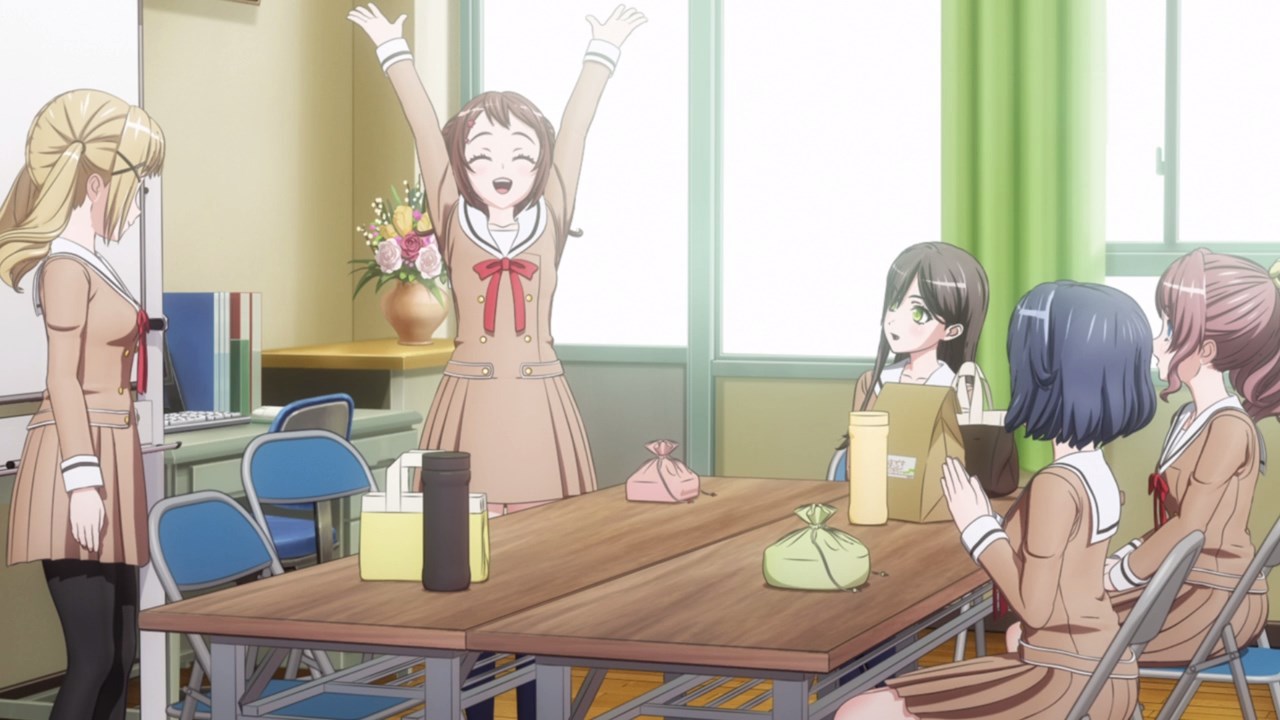 Luckily, Kasumi Toyama got an idea on helping Rokka Asahi out… by making a song dedicated to her. Well, I hope that they’ll make one to cheer Lock up! 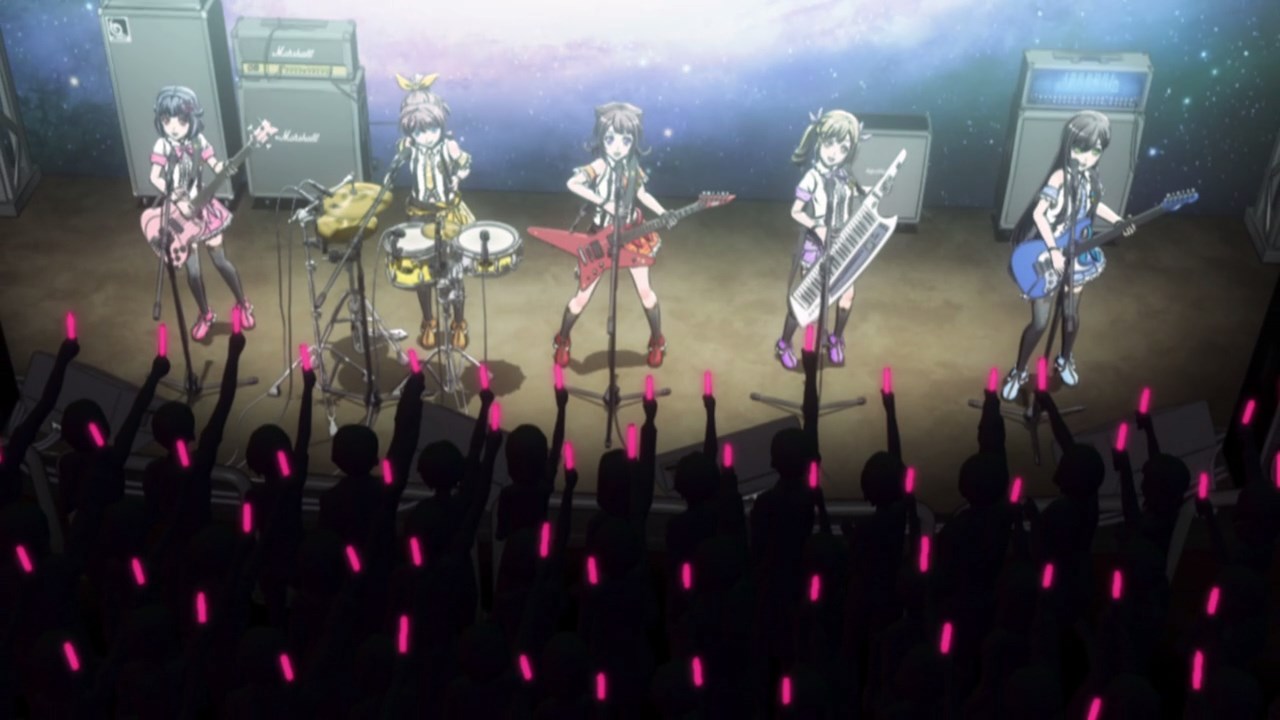 By the way, they’re competing at the BanG Dream! Girls Band Challenge where they’re aiming to perform at the Budokan. Hence, you got both Saya Yamabuki and Arisa Ichigaya changing their instruments for this occasion. 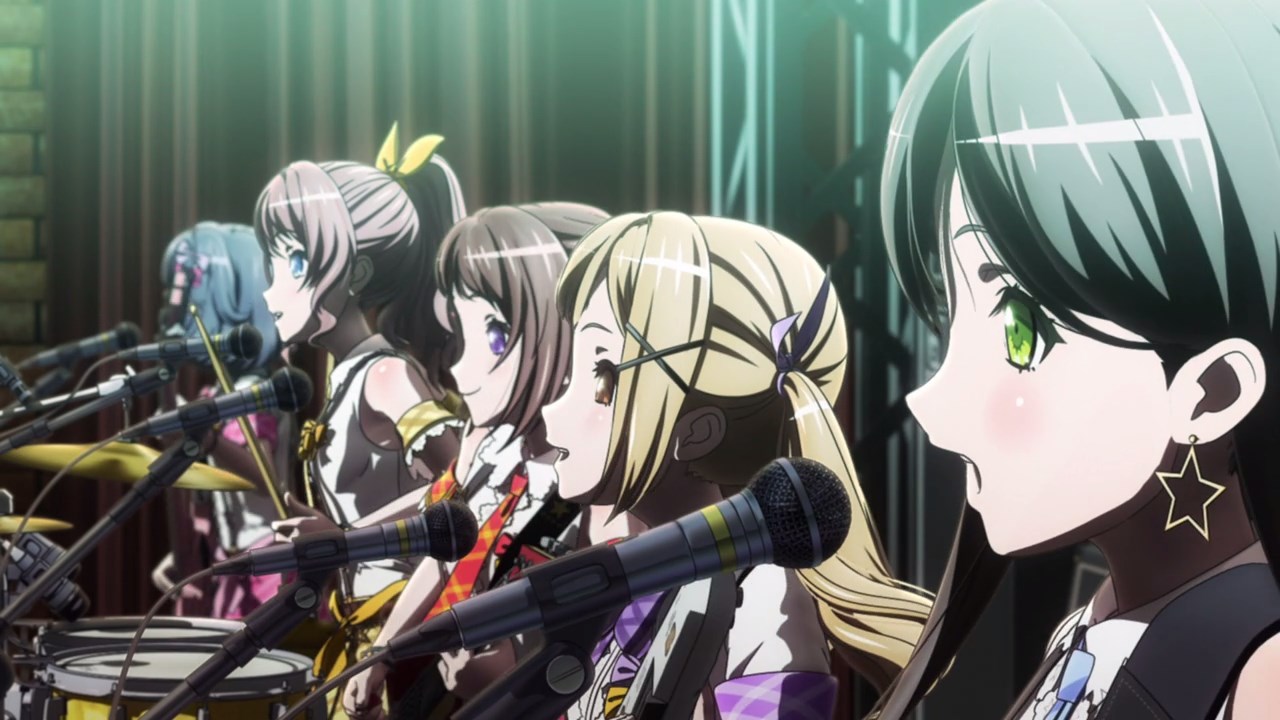 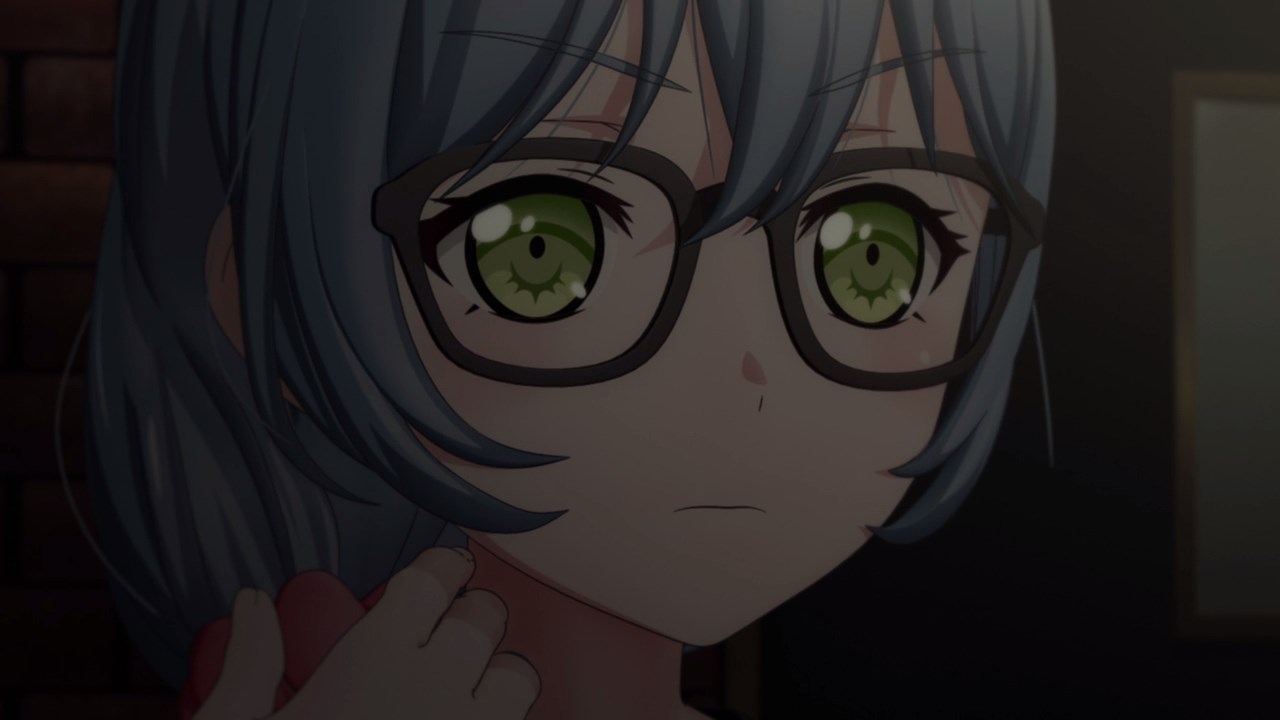 But as you can see, PoPiPa’s new song is dedicated to Rokka Asahi as they want to cheer her up since she’s not feeling well in the past few days. 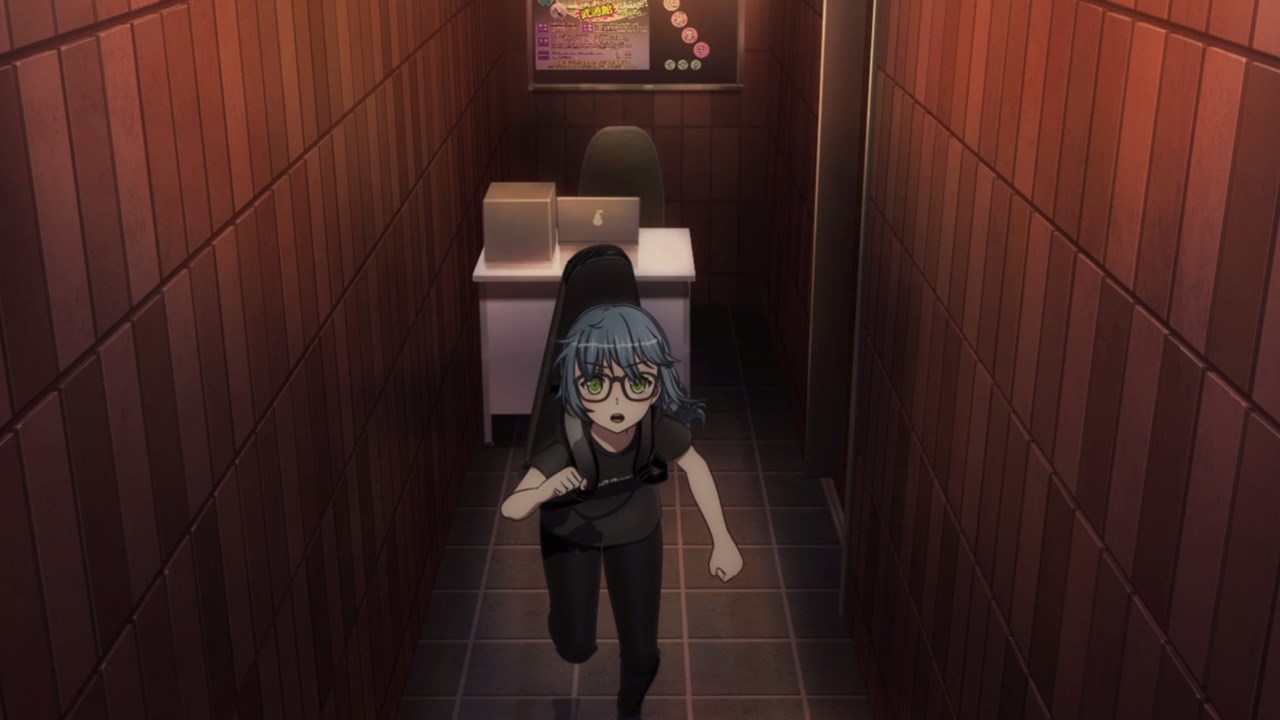 Thanks to Poppin’ Party, looks like Lock has decided to take another chance of joining RAISE A SUILEN, although I’m not sure if Chu2 will allow her to take another audition. 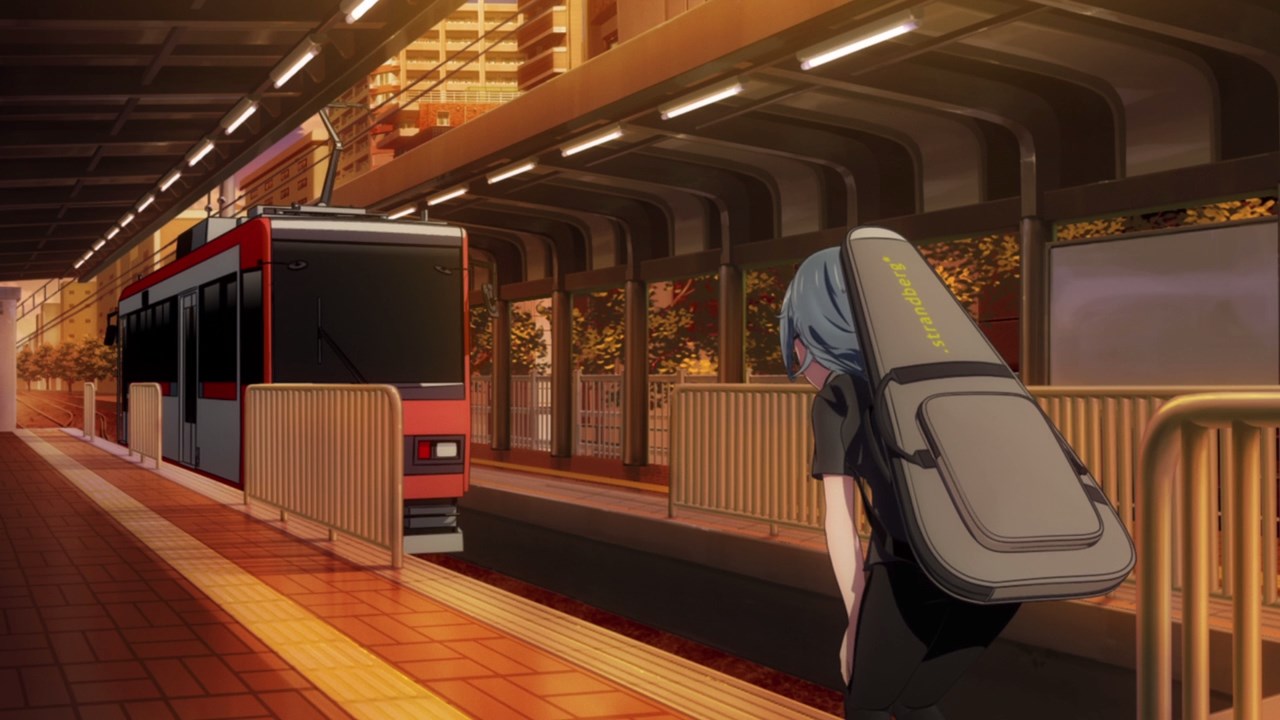 Unfortunately, it appears that Rokka missed her train ride and it’s gonna take a long time to wait for another one to arrive. 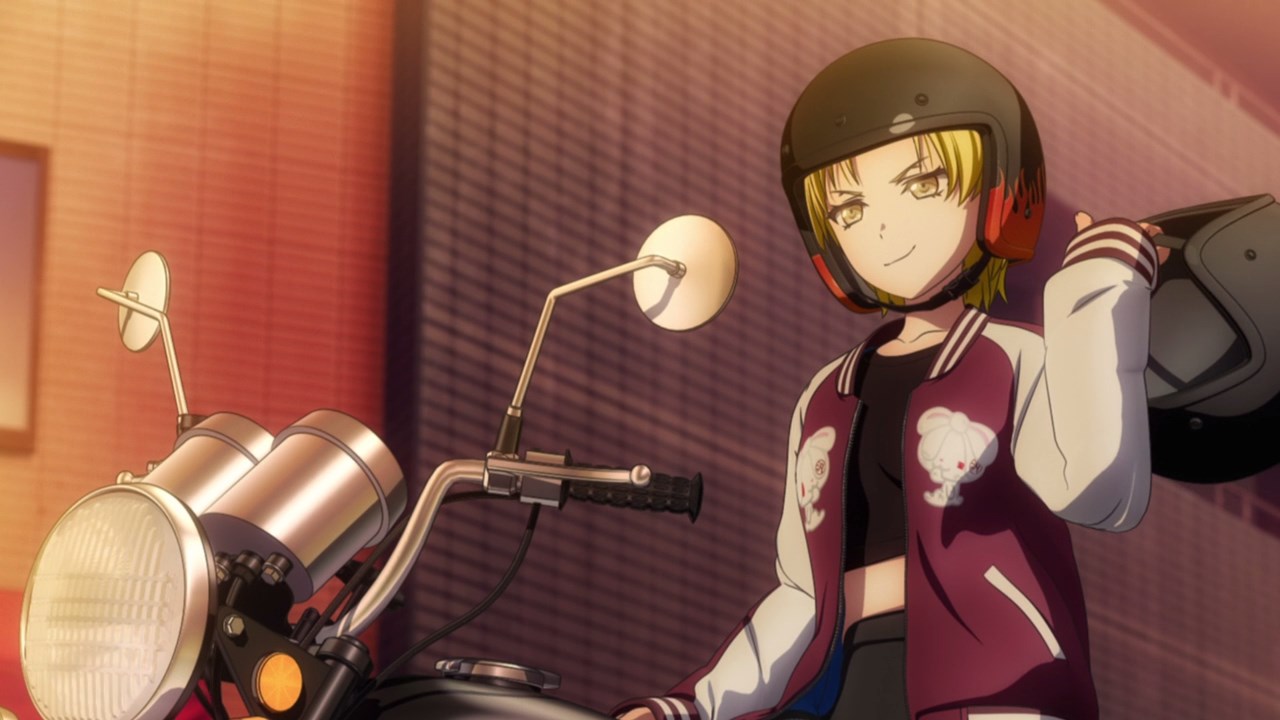 Luckily, here’s Masuki Sato where she offered Asahi a ride towards Chu2’s penthouse. C’mon, Masking still has faith towards Lock’s guitar skills that it’ll be waste if no one would recruit her. 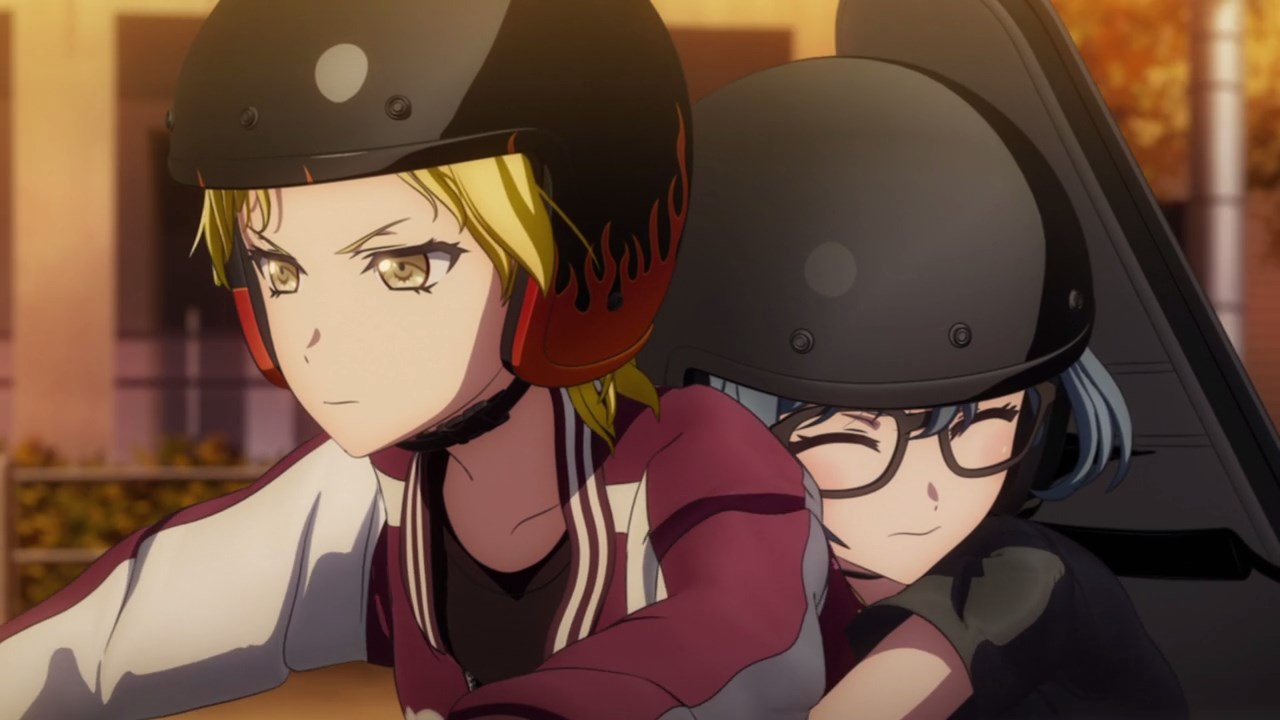 Anyways, looks like Rokka Asahi will take another chance of joining RAS and she won’t regret it. Let’s hope that Chu2 will change her mind. 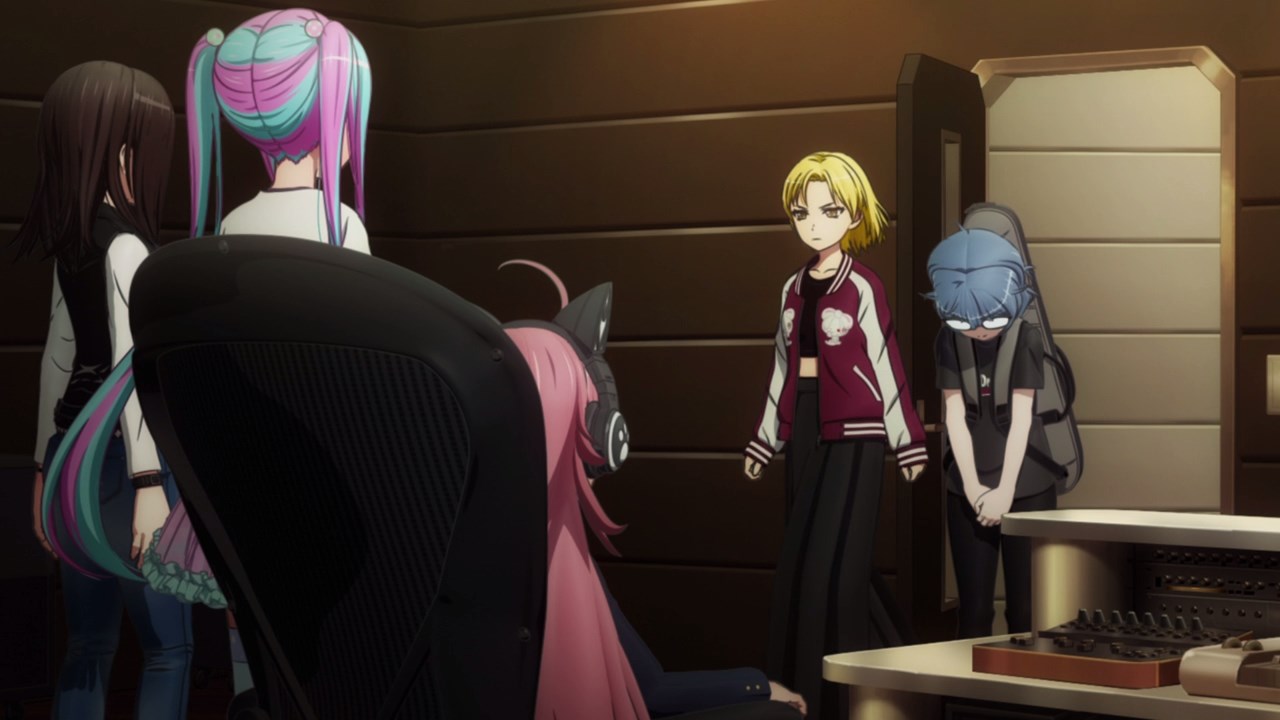 Except that Chu2 told her to get out because Rokka couldn’t reach her standards.

C’mon Chiyu Tamade, give her another chance instead of struggling to find a replacement guitarist. 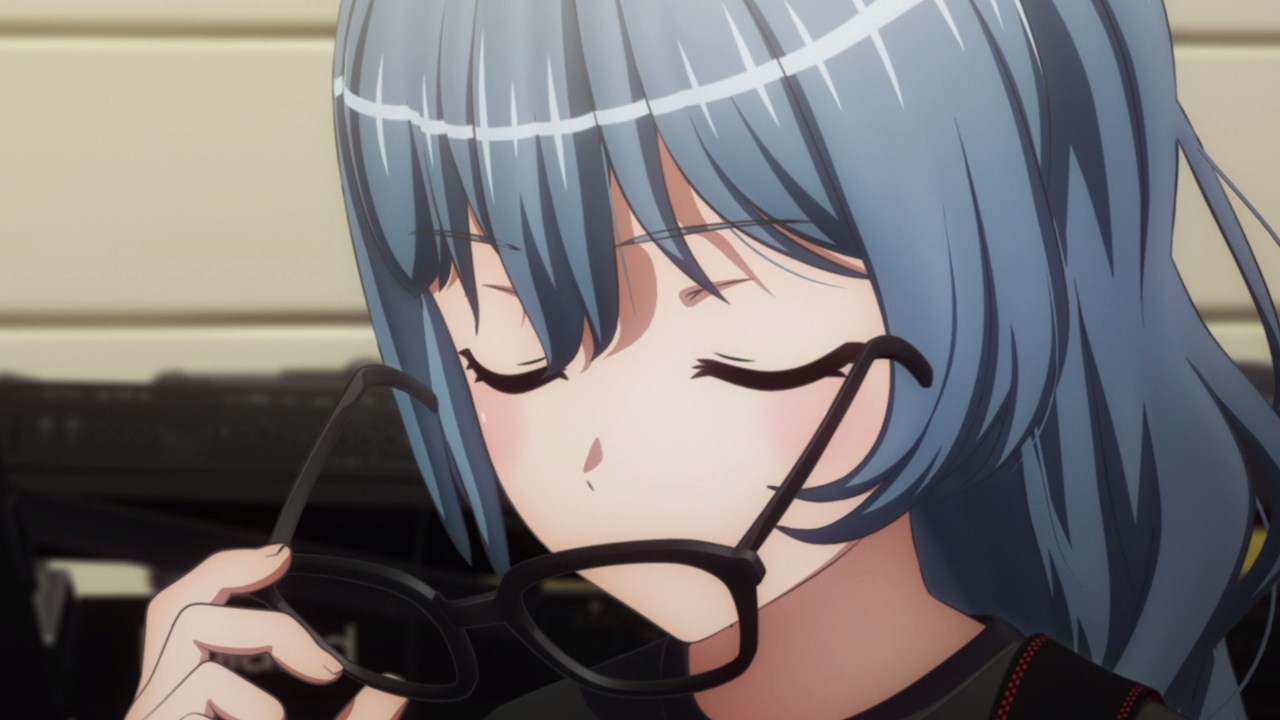 But you know what, if Chu2 still refused to give her another chance, Lock will convince her with actions as she takes off her glasses. And really, Rokka is in serious mode right now! 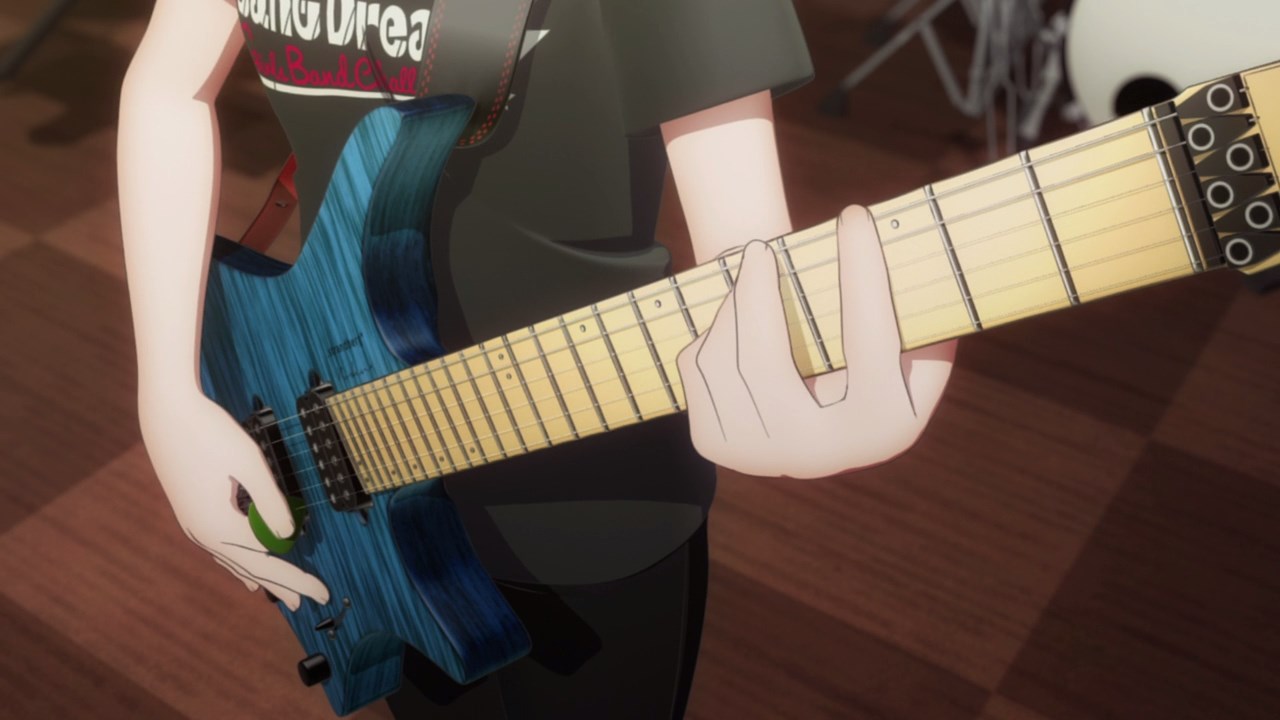 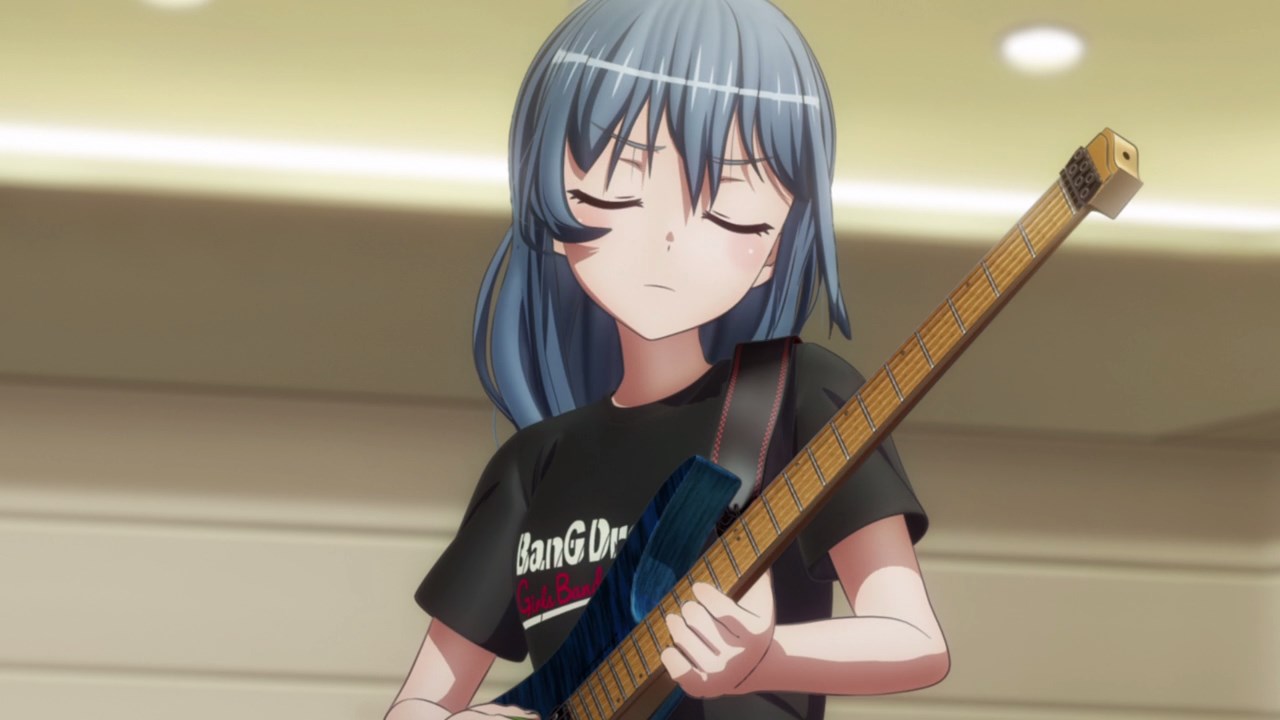 And so, Rokka Asahi (or Lock) performed “R.I.O.T” in which she’s determined to join RAISE A SUILEN. As you can see, she not only performed the guitar part, but Lock performed the bass and vocal part of the song.

Well then, looks like Lock has finally showed her true power in front of Chu2. 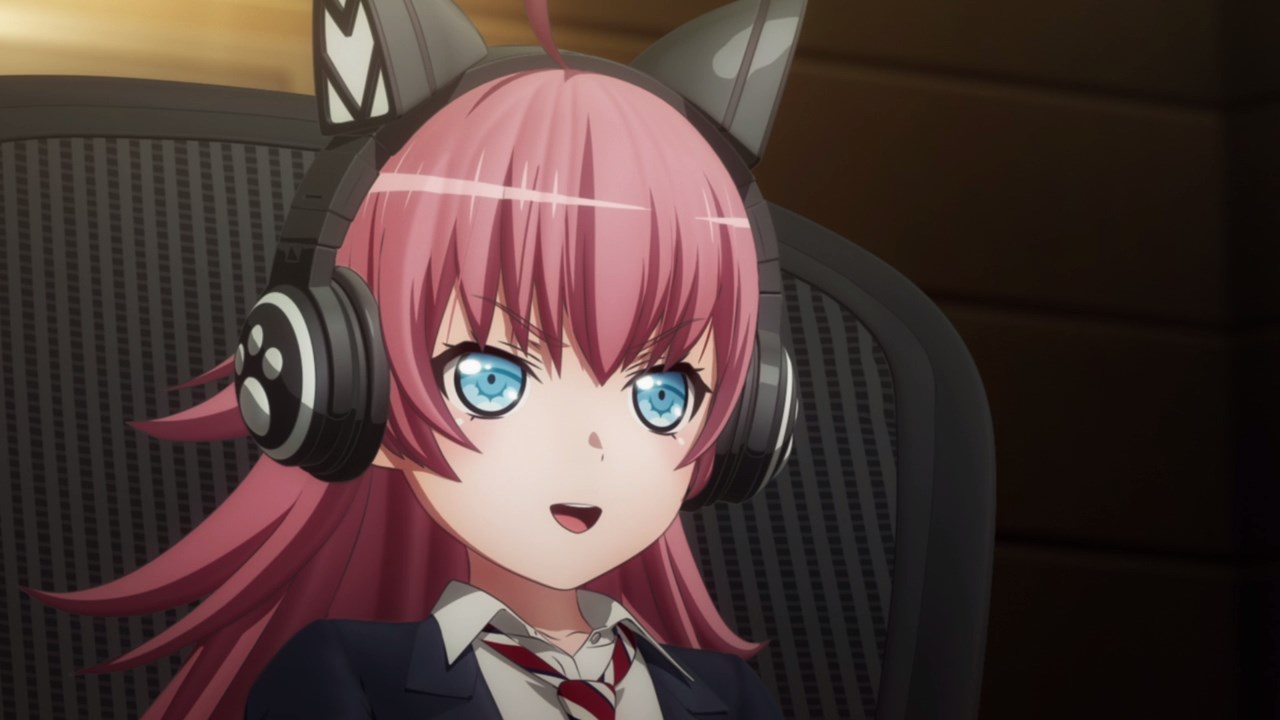 And speaking of Chu2, she accepted Rokka Asahi… as a temporary guitarist. Wait a minute Chiyu Tamade, are you still holding out for Tae Hanazono? Move on, girl!

Now that Rokka Asahi has finally joined RAISE A SUILEN (albeit temporary), things are heating up at the BanG Dream! Girls Band Challenge. Anyways, I’ll see you next time as I’ll wait and see which girls band will get into the Budokan final!