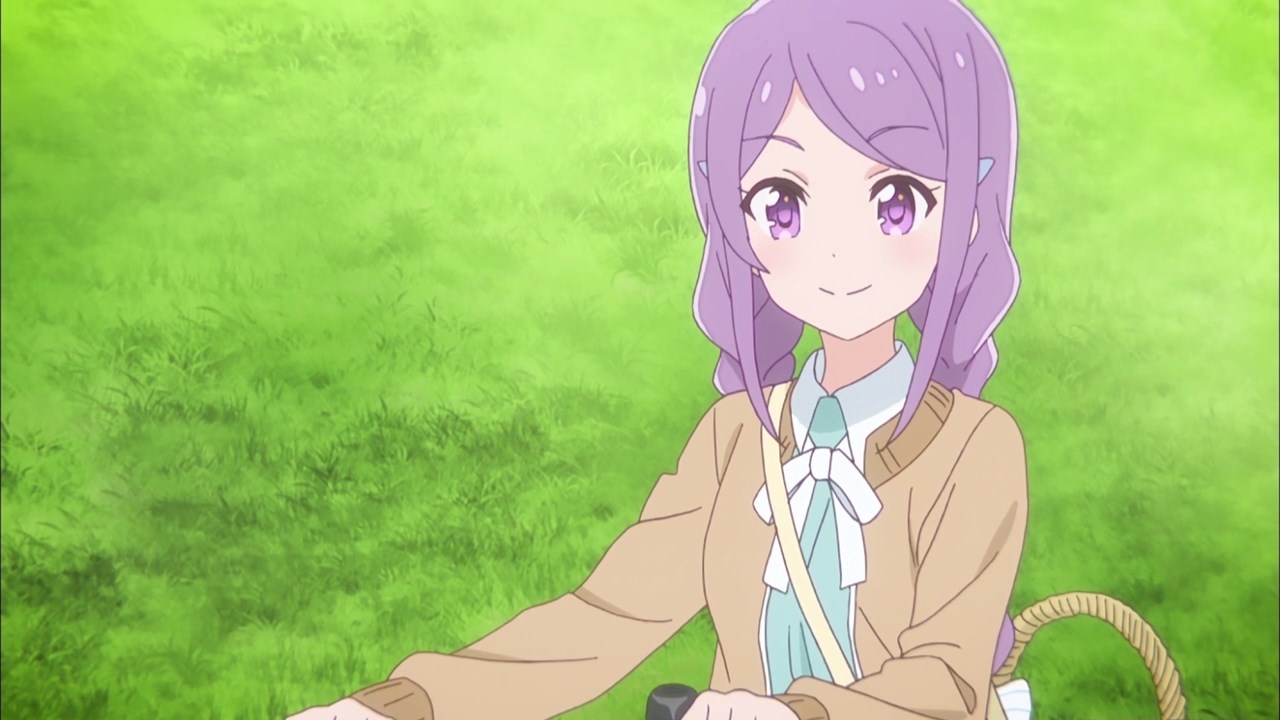 Okay, I would like to introduce you to Moe Suzuya, Mira Konohata’s childhood friend whose family runs a bakery. 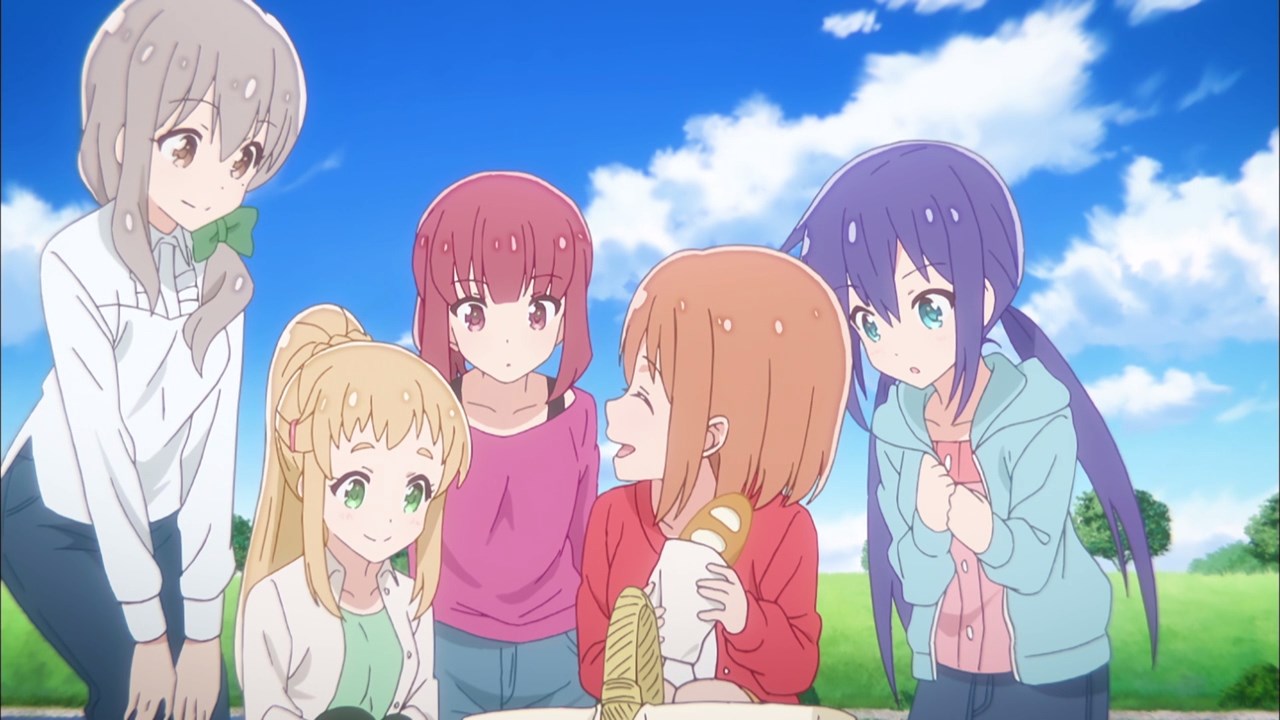 And by the way, seems that Yuki Endou ordered lots of bread for the earth science club. Then again, it’s probably too much! 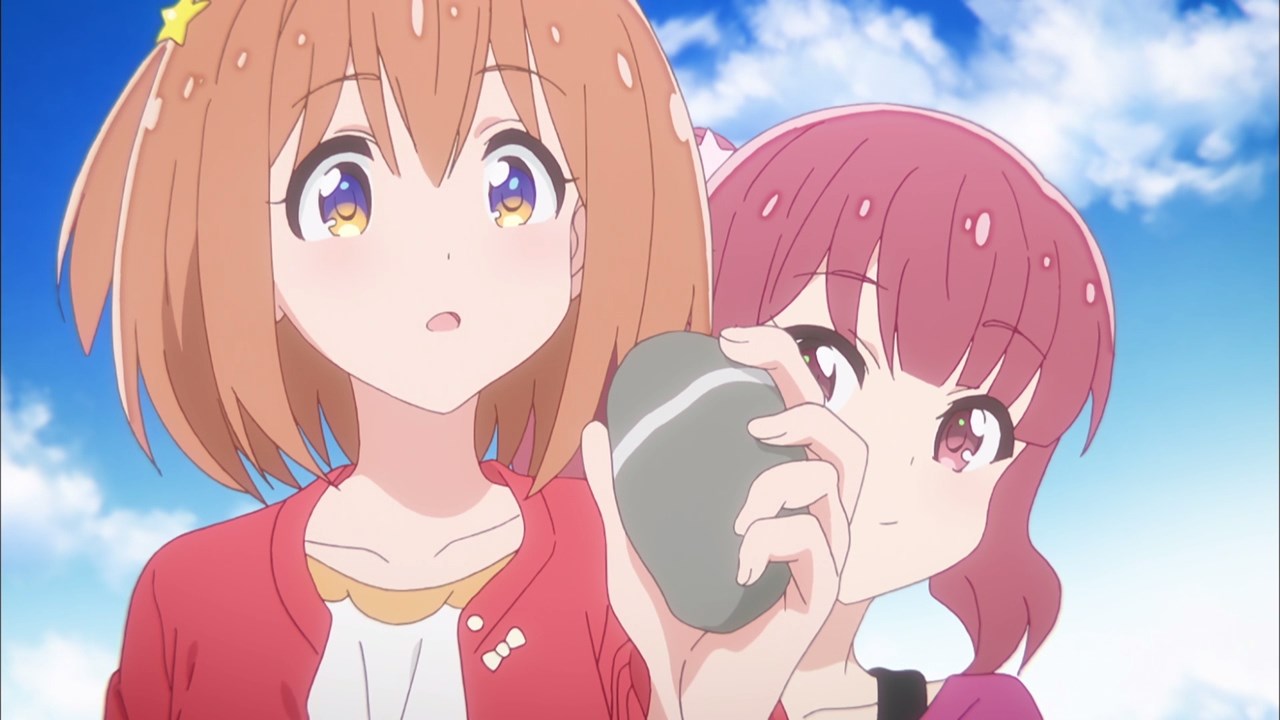 Anyways, time for the earth science club to conduct their activities outside of their school, starting with rocks where Mira Konohata explores various kinds of it with the help of Mikage Sakurai.

And I have to say that having Mikage-sempai is helpful for Mira because she won’t have to hold some dog poop. 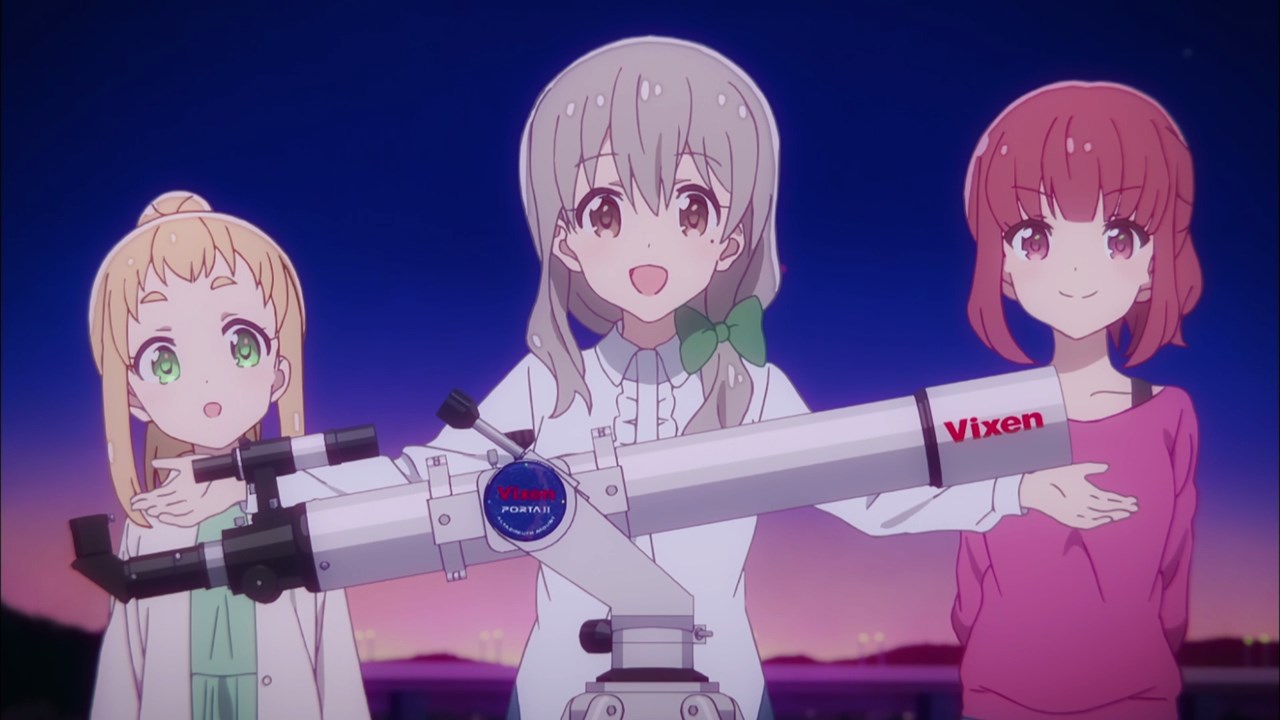 After examining rocks, it’s time for Mari Morino to bring her telescope because it’s nighttime and it’s a perfect time to see planets from afar. 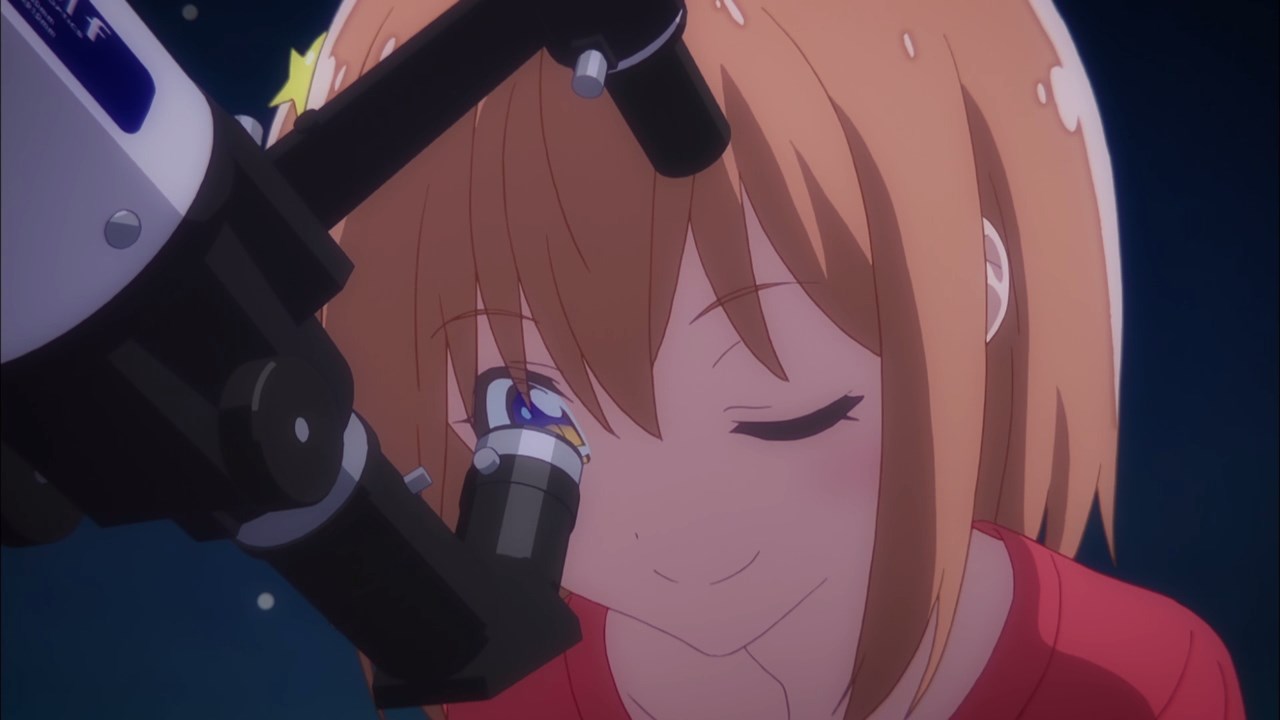 In any case, time to see some planets as Mira Konohata looks at the telescope. 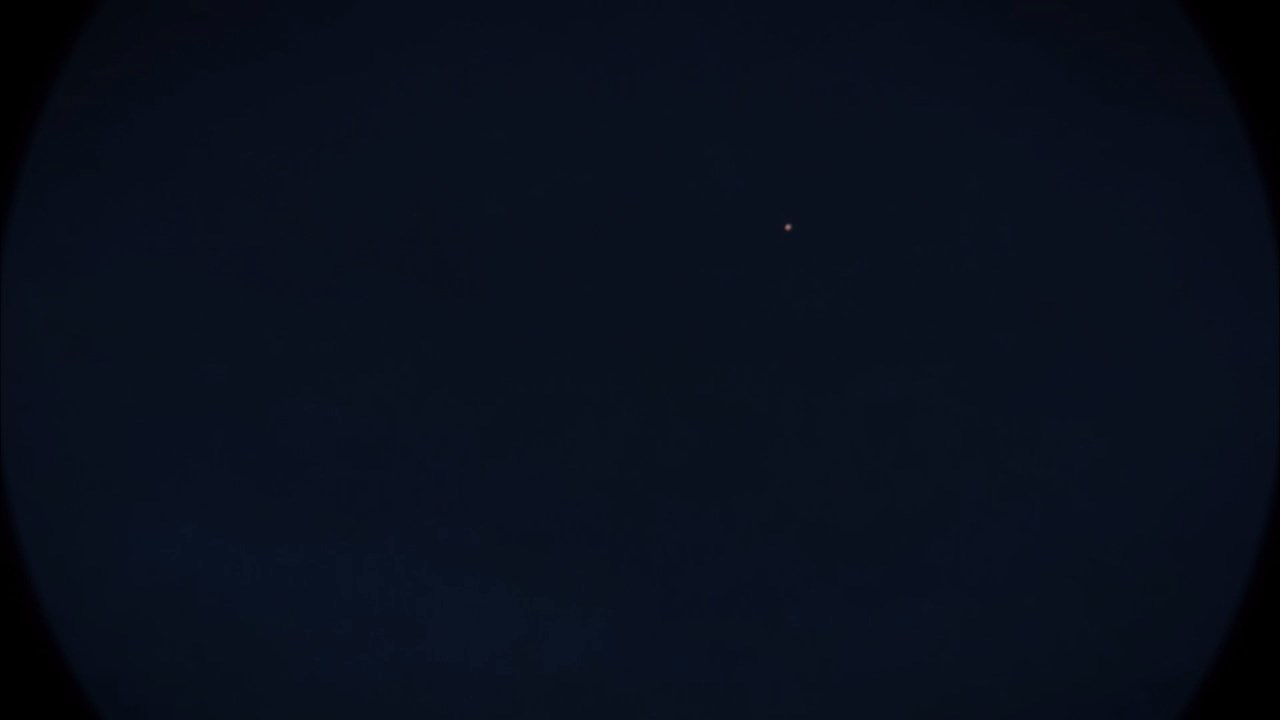 And as you can see, Mira saw what appears to be a tiny glimpse of the planet Mars. Sure that it’s not powerful to see the planet clearly, but seeing a glimpse of Mars is enough. 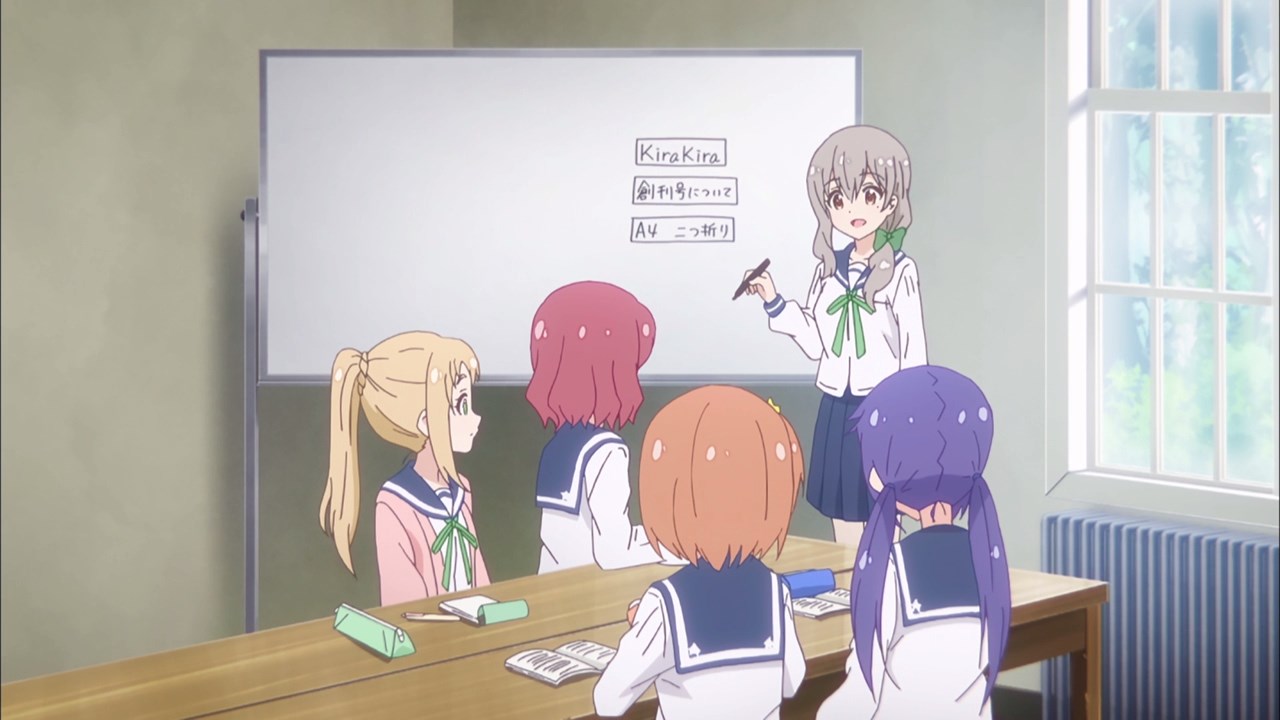 Now that they’re done with their outdoor activities, it’s time for the earth science club to make their first issue of their magazine Kira-kira.

Of course, the problem is how to present their findings to the entire school. I mean, they can’t bore everyone with scientific jargon most of the time. 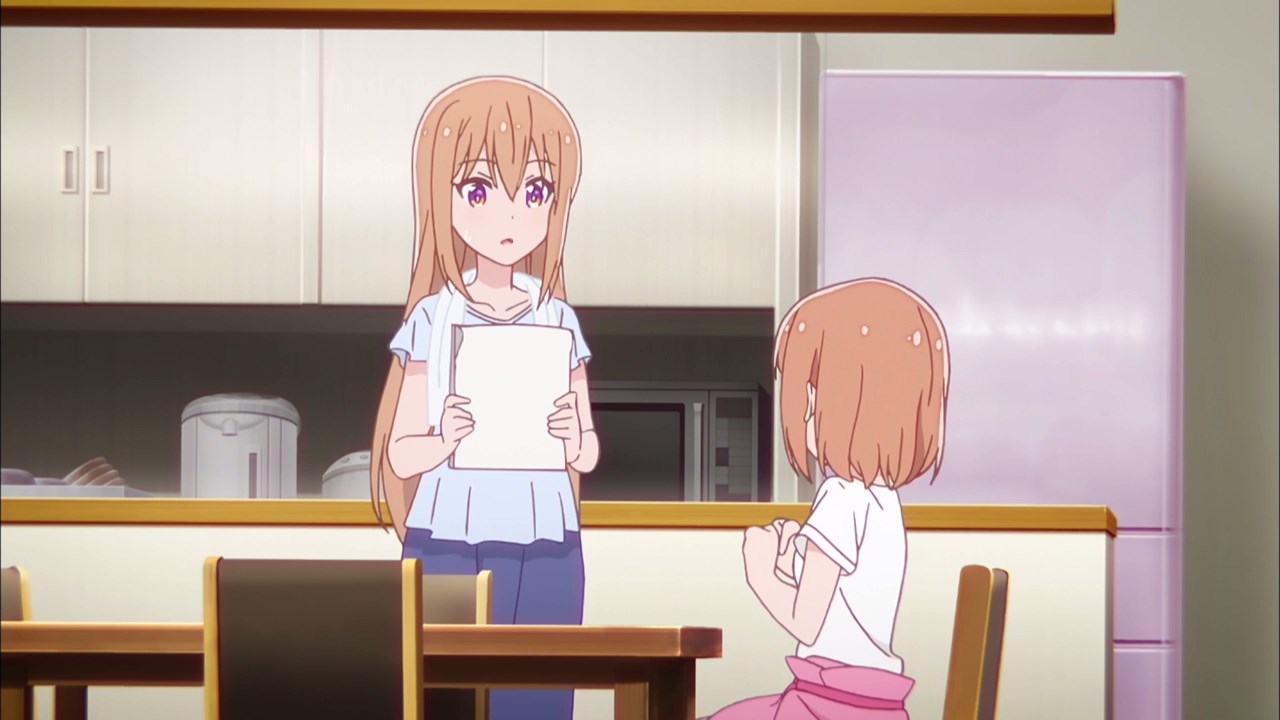 Back home, Mira asked her older sister Misa Konohata for help on making a club magazine.

Unfortunately, Misa told her younger sister that the article she’s working on is generic and it doesn’t excite or inspire anyone upon reading it. 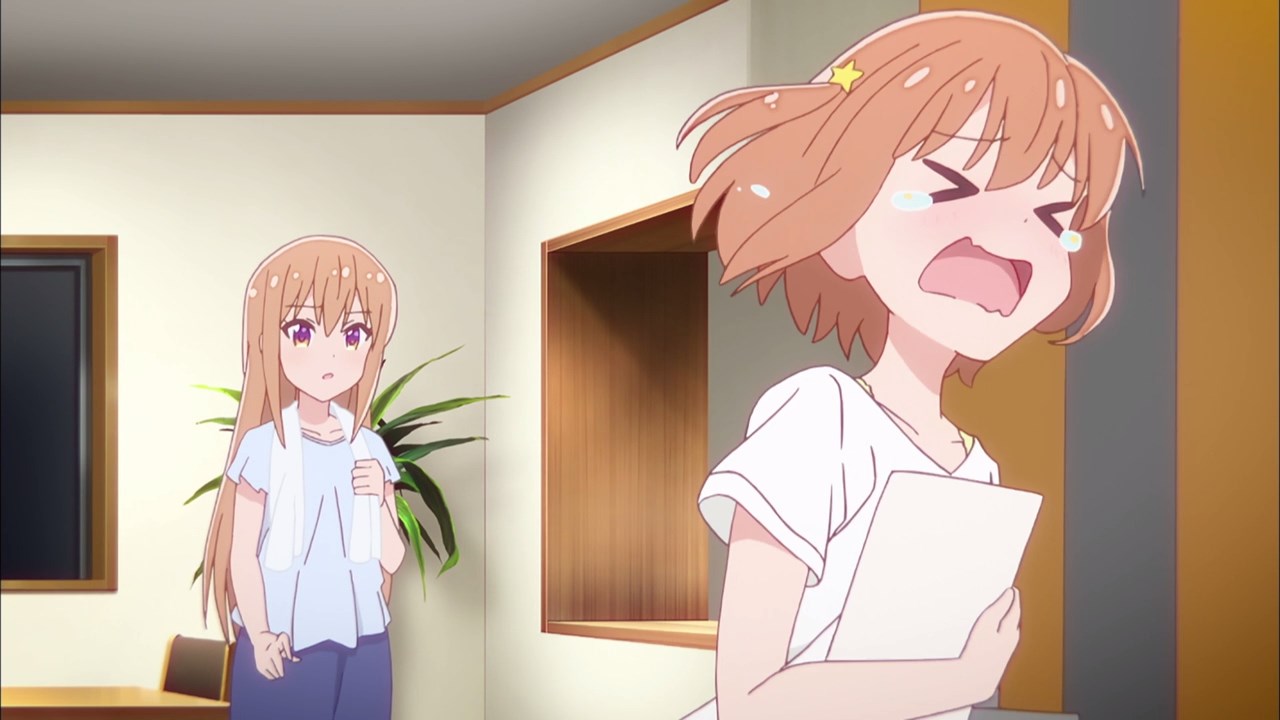 That didn’t take Mira quite well with Misa’s harsh remarks as she ran away. Well Misa Konohata, looks like you made your little sister cry! 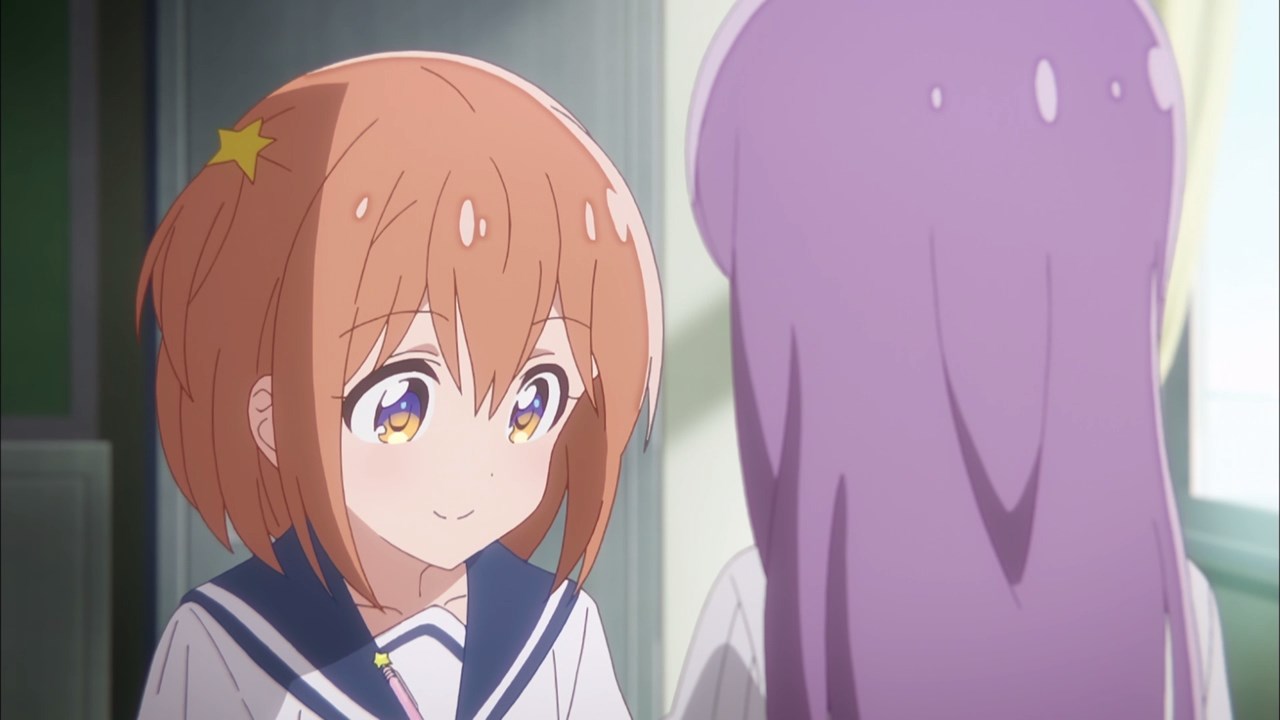 Still, Mira has another idea of presenting her findings to a magazine… 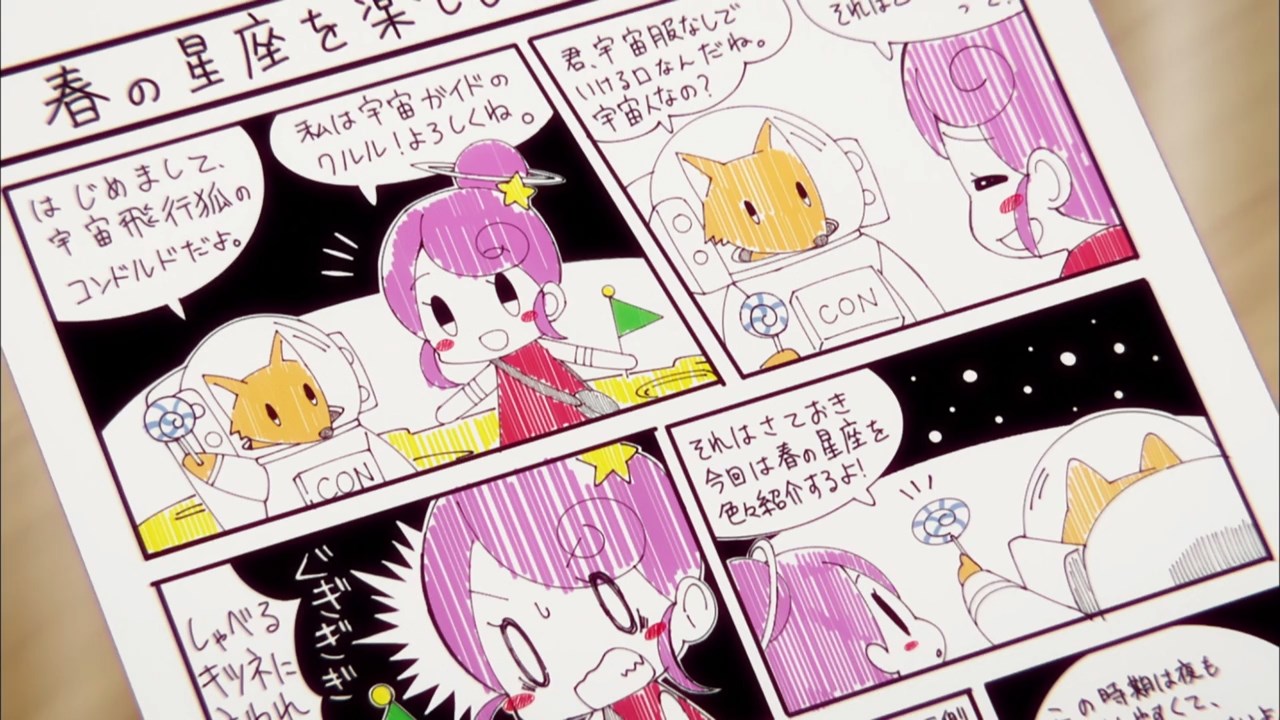 …via her cute drawings. Well, I have to say that Mira got a great idea there as this manga is easier to understand in regards to identifying planets and other celestial bodies. 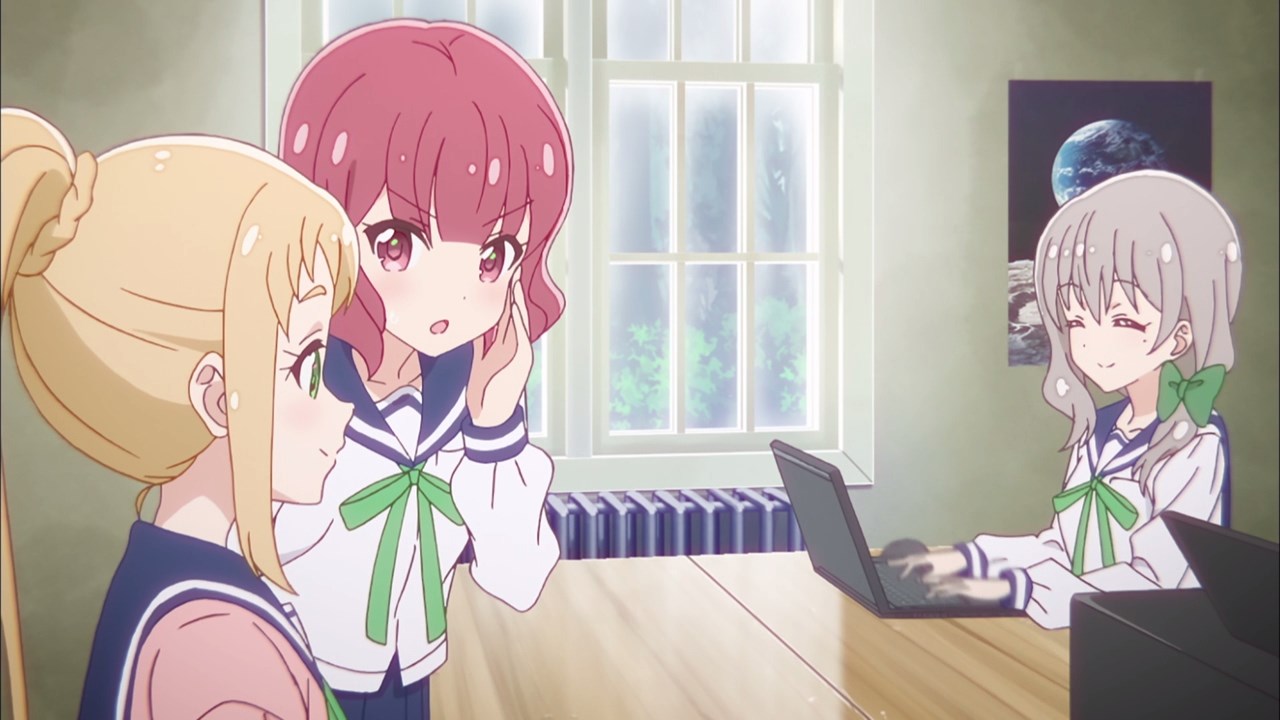 Thanks to Mira’s drawings, the first issue of Kira-kira will be finished in no time as Mari Morino is compiling everything via her laptop.

By the way, Morino-sempai didn’t actually own that laptop as she borrowed it. After Mari is done compiling the articles, she’ll have to print them out and staple them together. 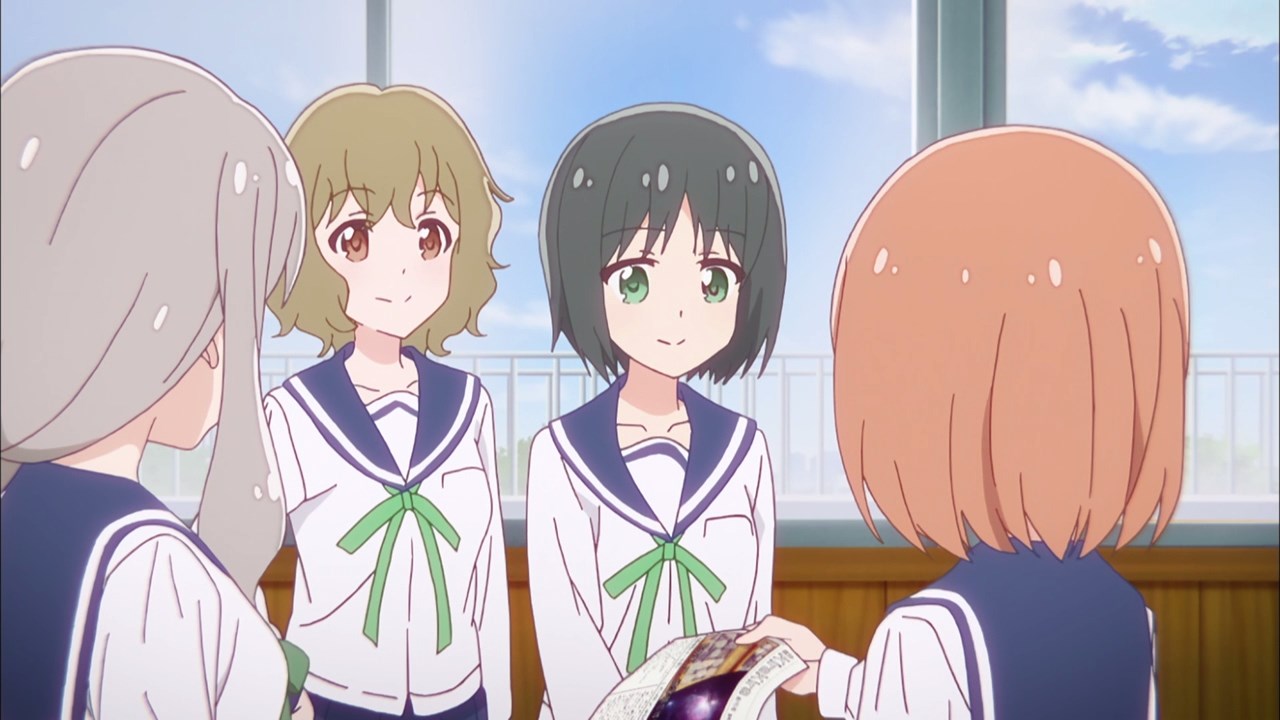 Now then, it’s time for the earth science club to distribute their first magazine to some students. Of course, they’re not aiming to give that much across Hoshizaki High School. 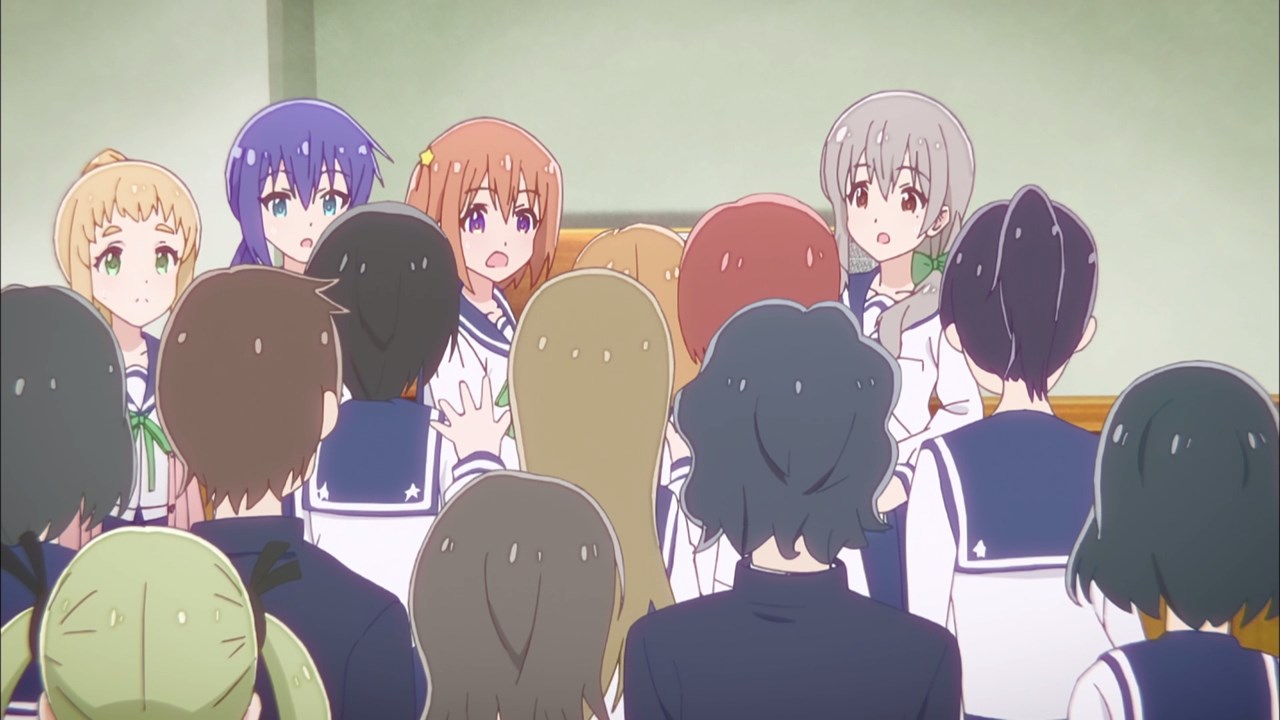 However, it appears that a large crowd wants to get their hands on the first issue of Kira-kira, which Mira and the rest are surprised with this kind of turn-out.

Now then, I wanna know why there’s a large crowd formed here? 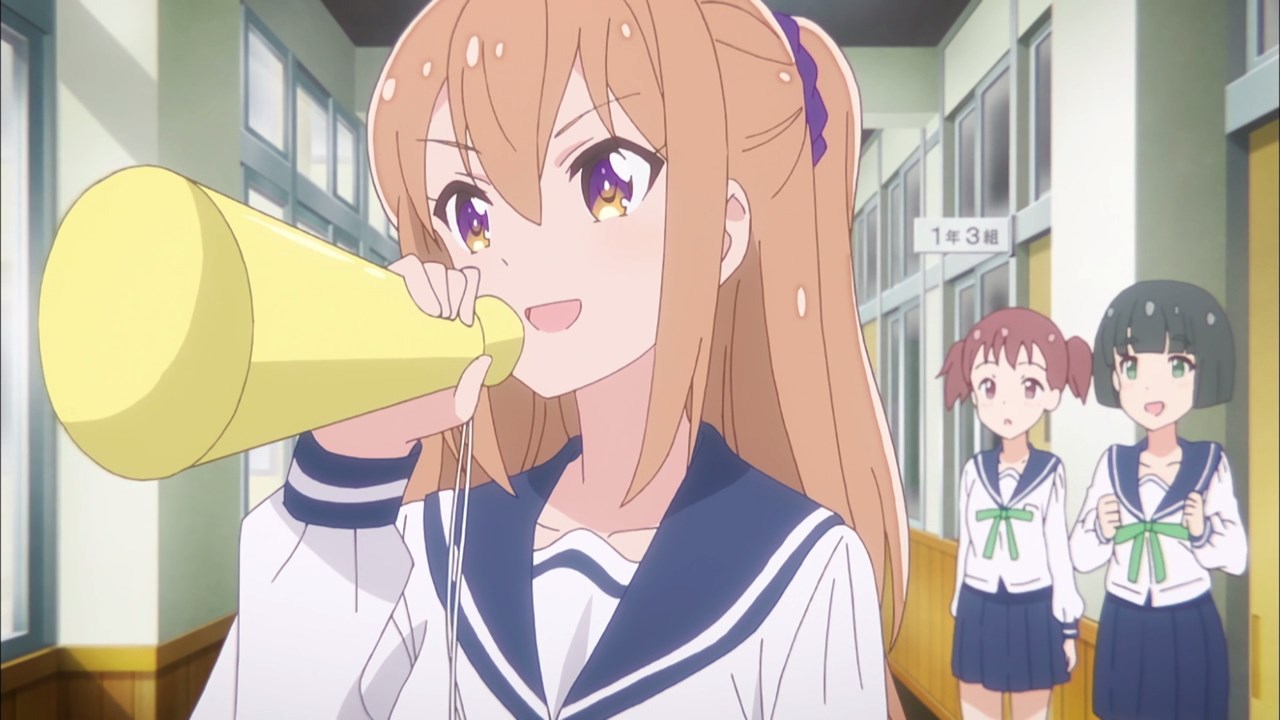 Oh, turns out that Mira’s sister Misa Konohata is promoting the first issue of Kira-kira across the school campus. Not only that, but Misa is actually a student council president! 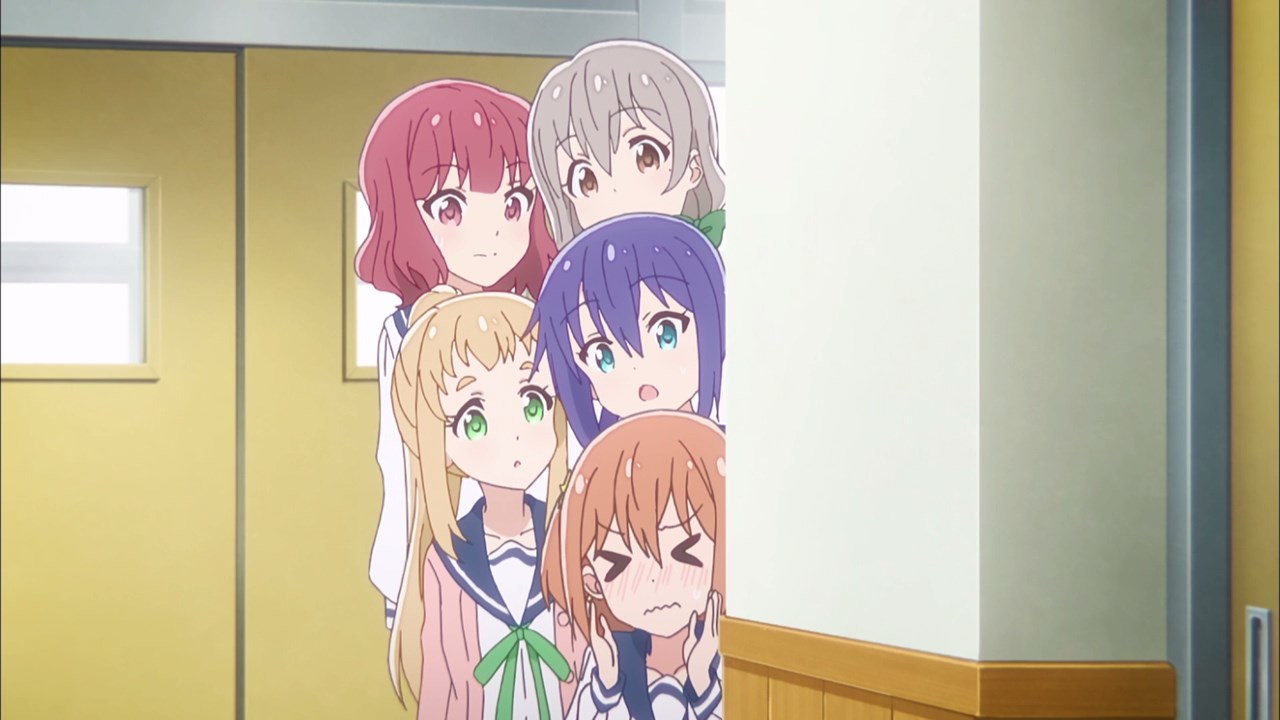 As for Mira, she’s embarrassed that her older sister is promoting the earth science club. Come to think of it, is this an abuse of power where she favors one club over the other?

Anyways, it appears that the first issue of Kira-kira is a success now that the earth science club has finally gave all the copies to the entire school.

Now then, let’s end this episode where the earth science club went to a hot springs as a reward for giving out the entire copy of Kira-kira to the student body.

But even if they’re relaxing, the club is still taking about rocks and stars. But you know what, I think they should enjoy this relaxing moment like gazing at the full moon.

On the other hand, here’s Mari Morino where she getting a massage. Then again, the only thing that I see is her jiggling breasts.

Anyways, seems that the earth science club are doing great so far and I hope that they can do it better on the next episode!