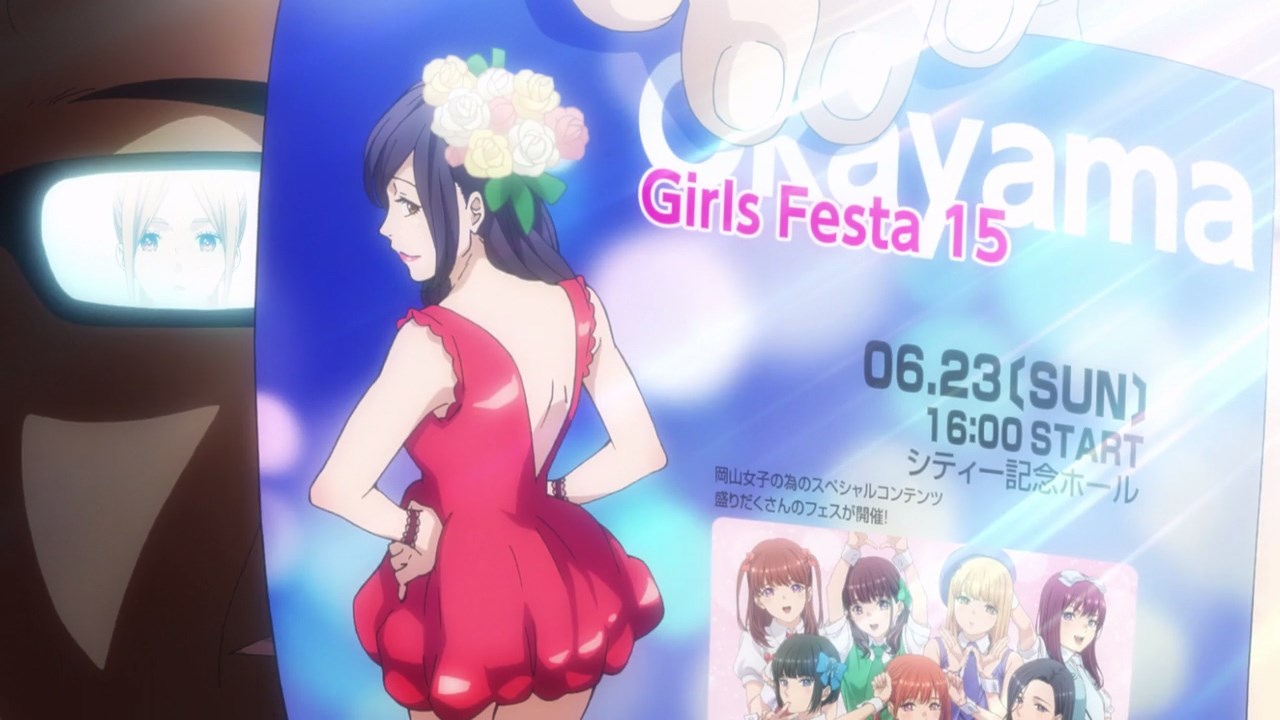 On this episode, Kumasa told Eripiyo that Cham Jam will be participating in a fashion show named Okayama Girls Festa. 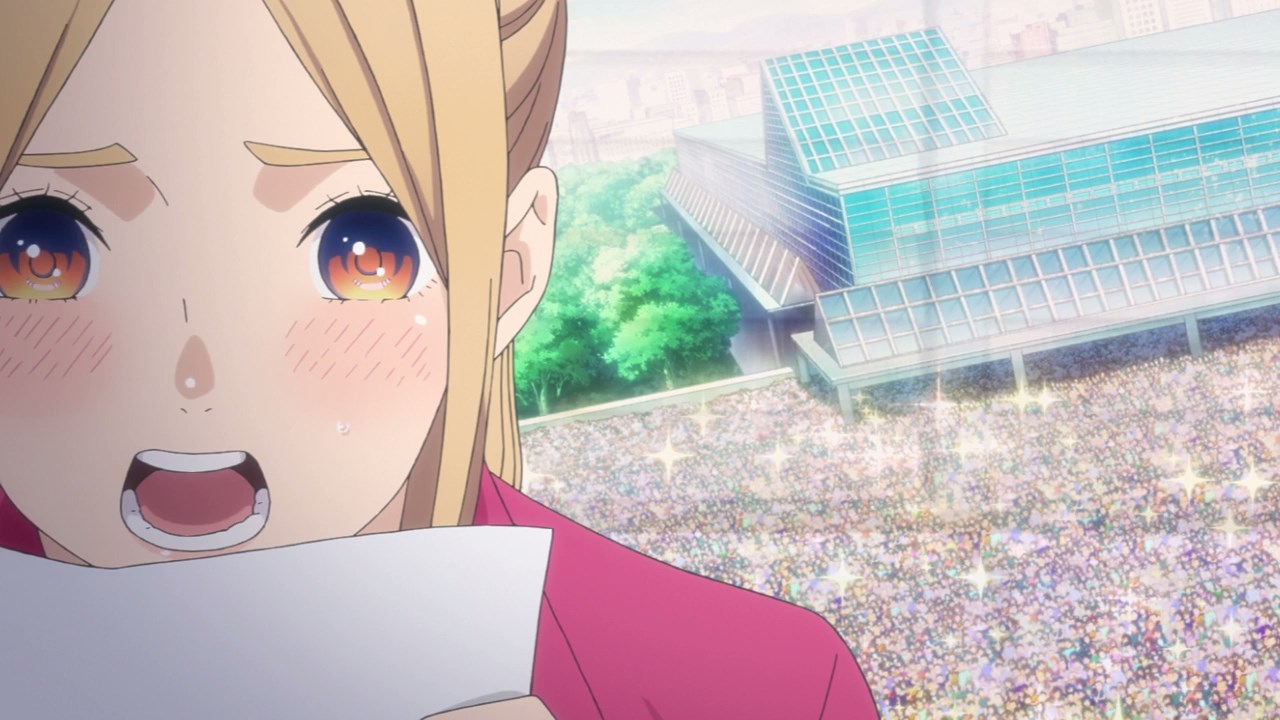 For Eripiyo, it’s her chance to see Maina in a pretty dress, although she thinks that the top 3 idols from Cham Jam will be selected. 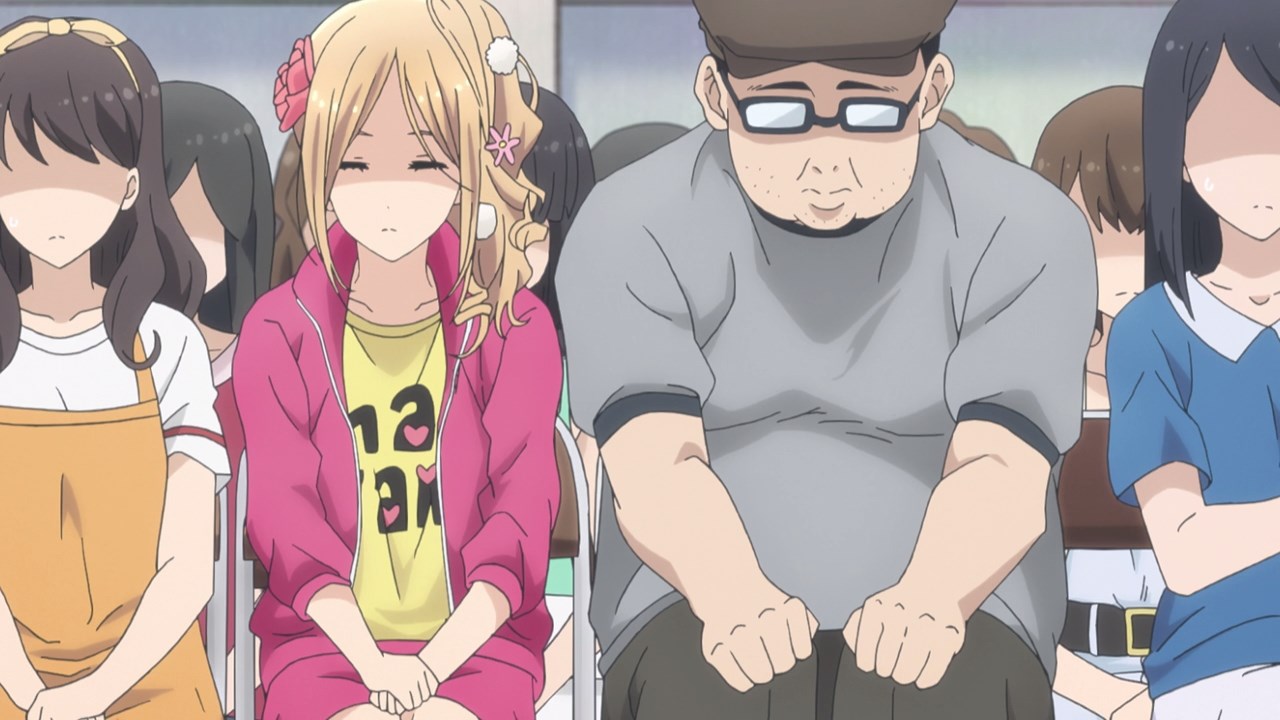 In any case, Eripiyo and Kumasa went to the Okayama Girls Festa to see Cham Jam, but they felt awkward because they’re surrounded by normal people who wants to see the next fashion trend. 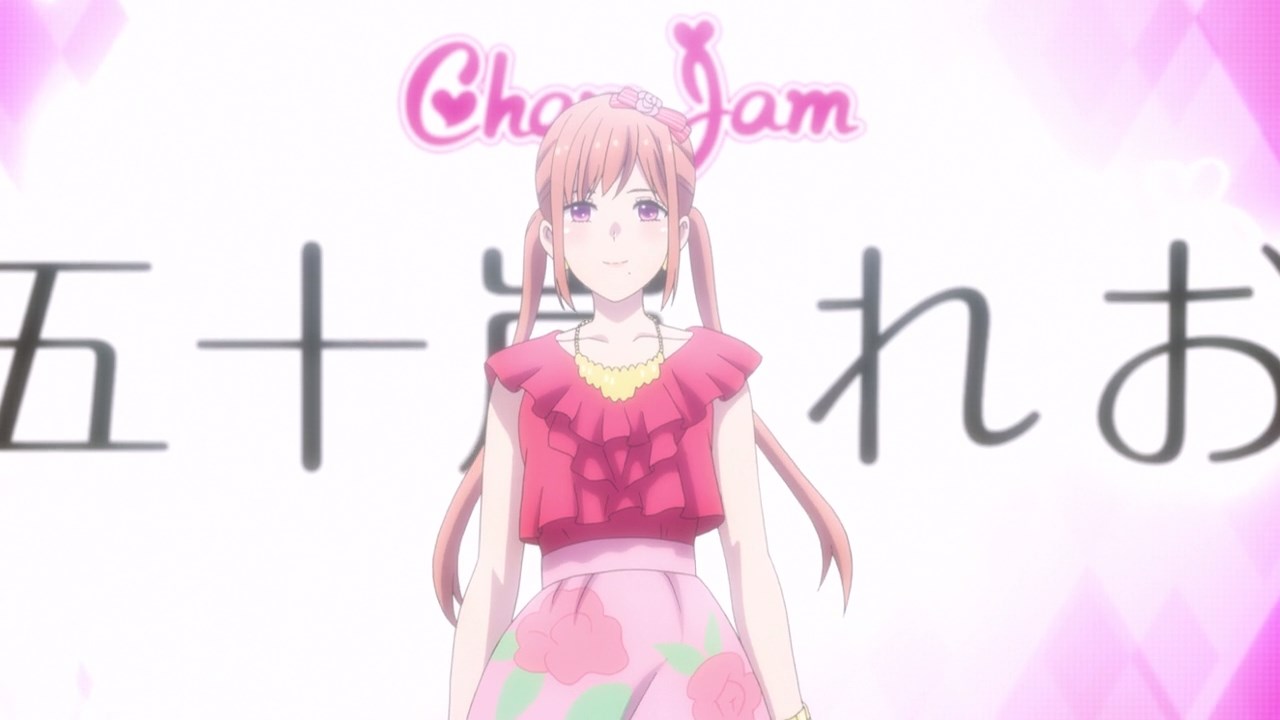 Anyways, it’s time for Cham Jam to show their stuff as Reo Igarashi takes the stage. As you can see, she looks pretty in that dress! 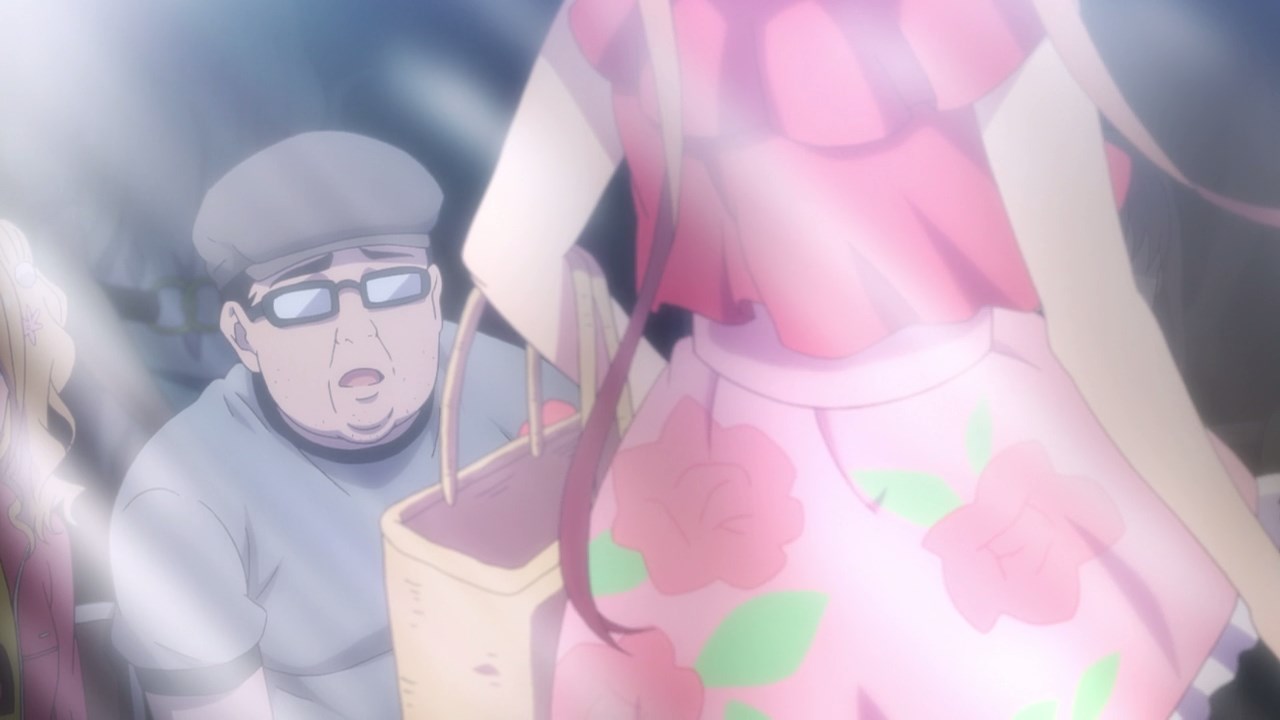 And here’s the thing though as Kumasa is a longtime fan of Reo ever since she joined Cham Jam from a now-disbanded idol group. So yeah, Kumasa had a history supporting Reo Igarashi. 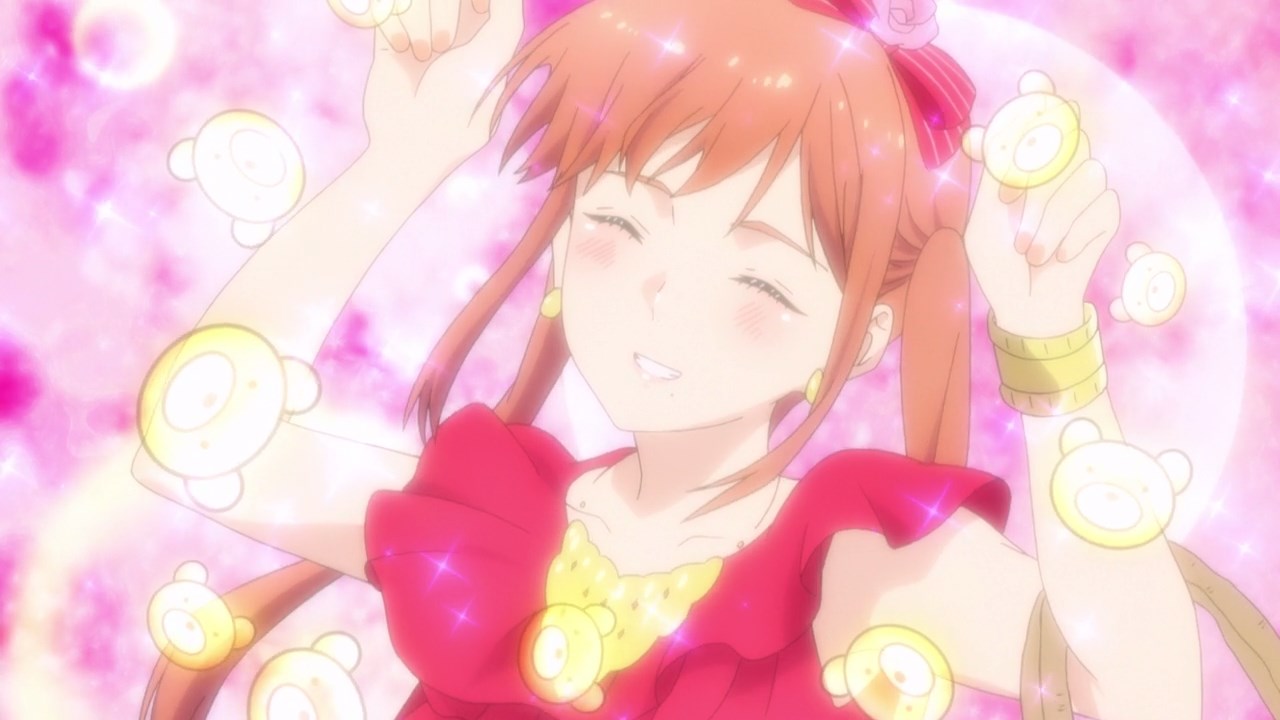 Anyways, here’s Reo Igarashi smiling back at Kumasa. And really, she’s happy that someone has appeared to cheer her up. 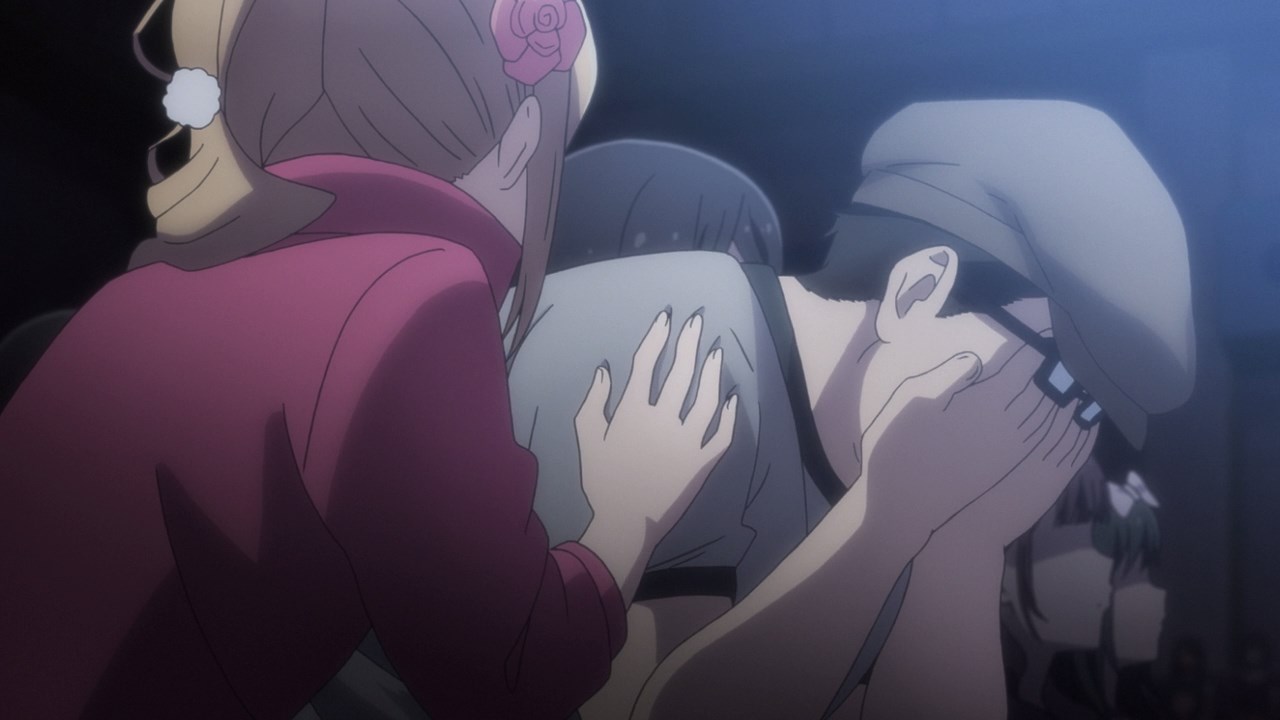 As for Kumasa, he couldn’t hold his tears anymore now that he’s happy to see Reo again.

Now that Reo Igarashi has finally walk the runway, it’s time to see which member from Cham Jam will take the stage. 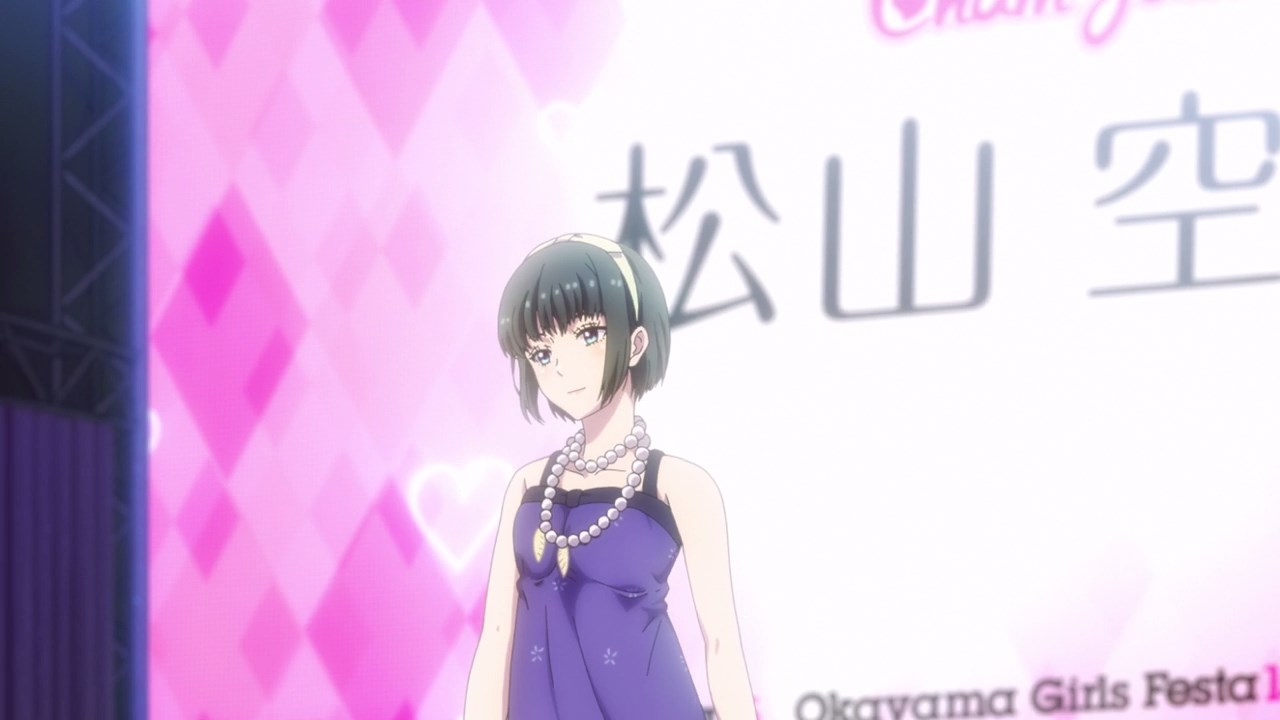 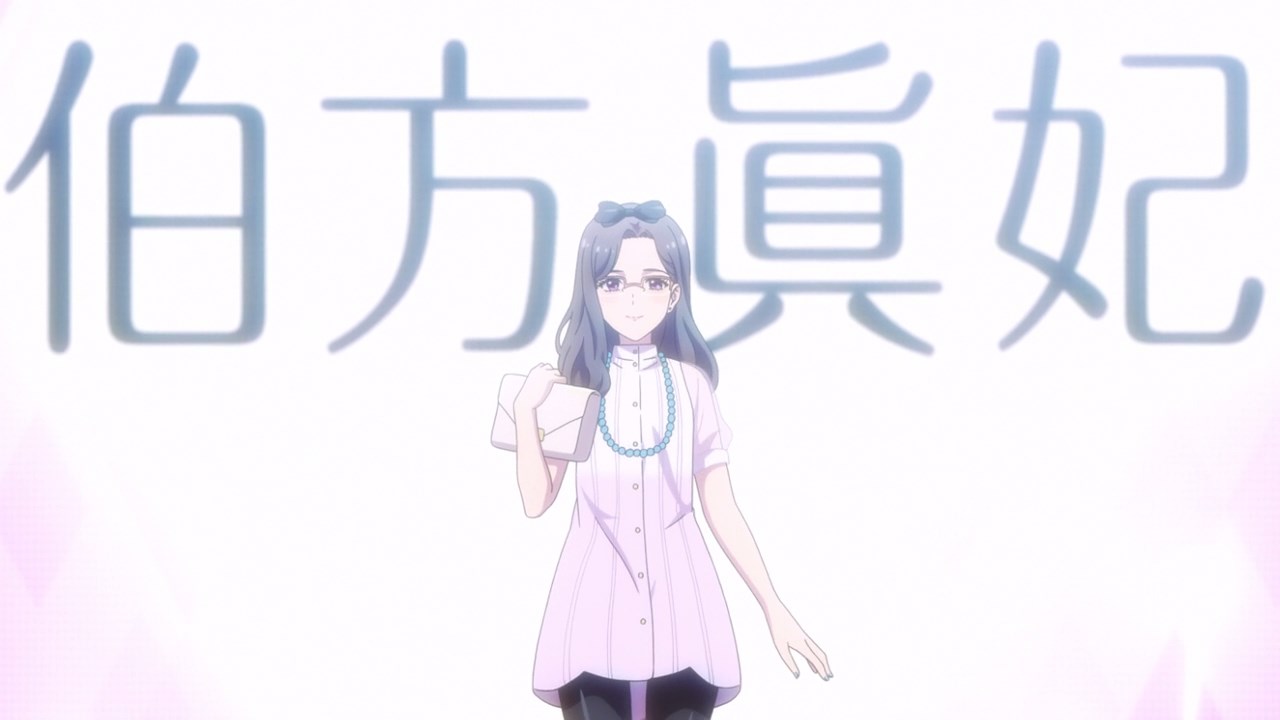 Well, turns out that both Sorane Matsuyama and Maki Hakata walked at the runway. As expected, the Top 3 idols from Cham Jam takes the center stage, meaning that Maina is not included. 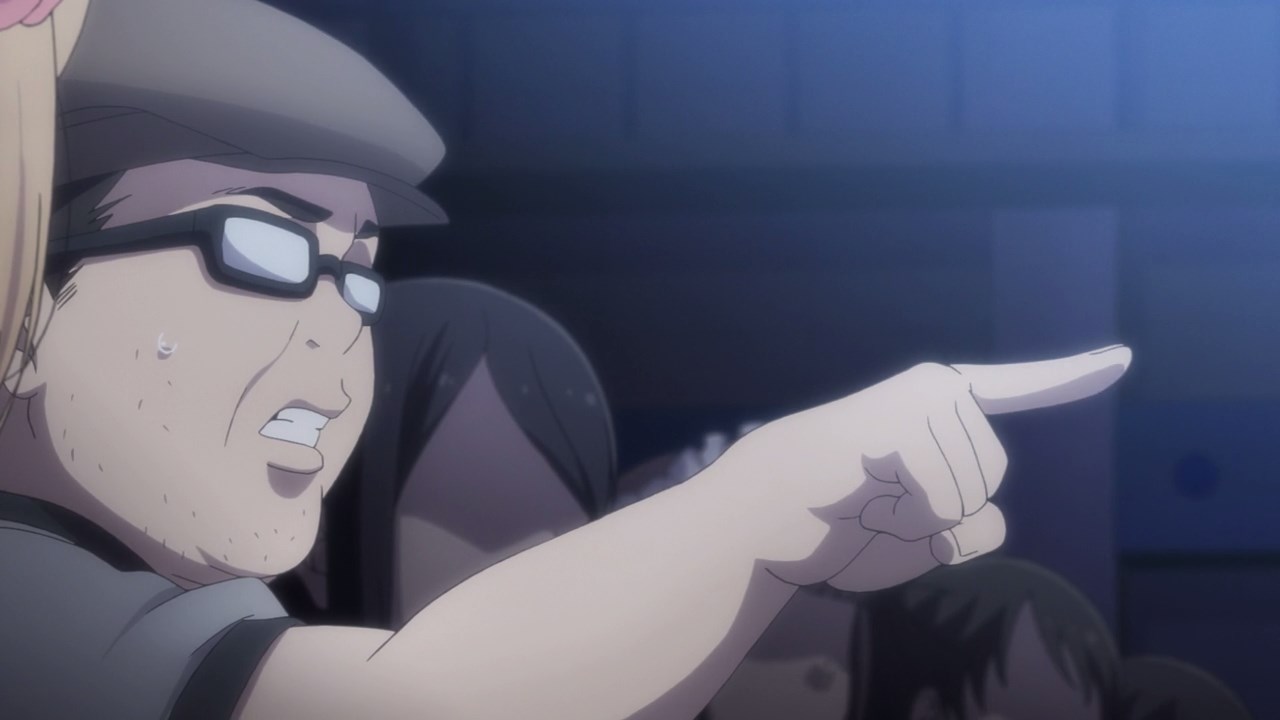 However, Kumasa told Eripiyo that it’s not over yet because there’s one more idol left who will walk the runway. 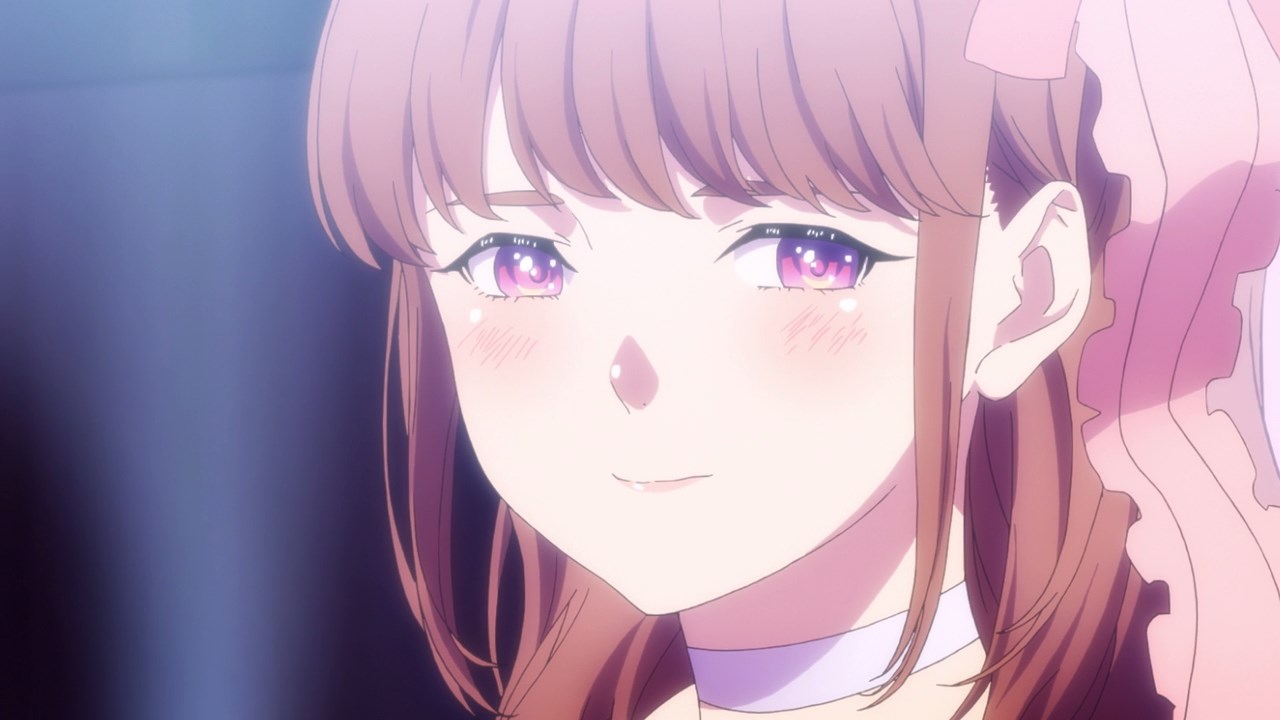 Turns out, it’s Maina Ichii as she finally arrived at the stage. Oh my goodness, she looks so pretty! 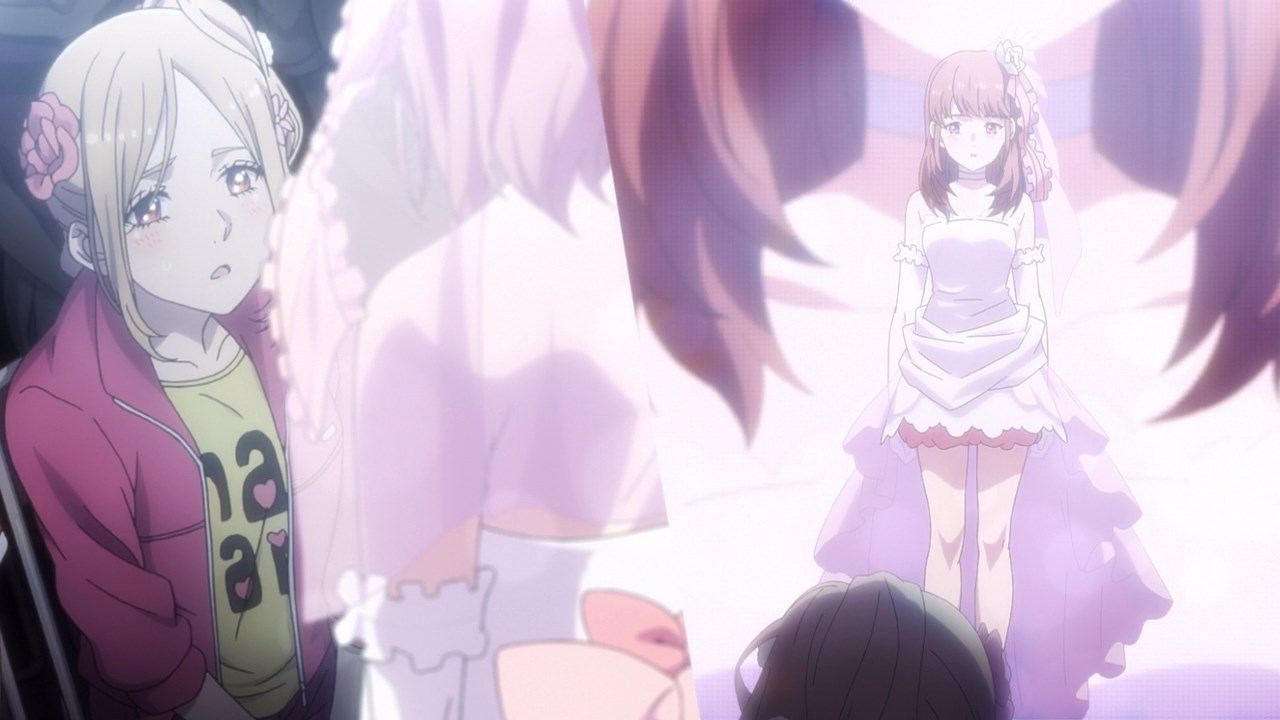 For Eripiyo, she’s happy to see her idol taking the stage despite not being popular among other idols from Cham Jam.

Also, I would like to point out that this is one amazing shot right there because it shows two perspectives. 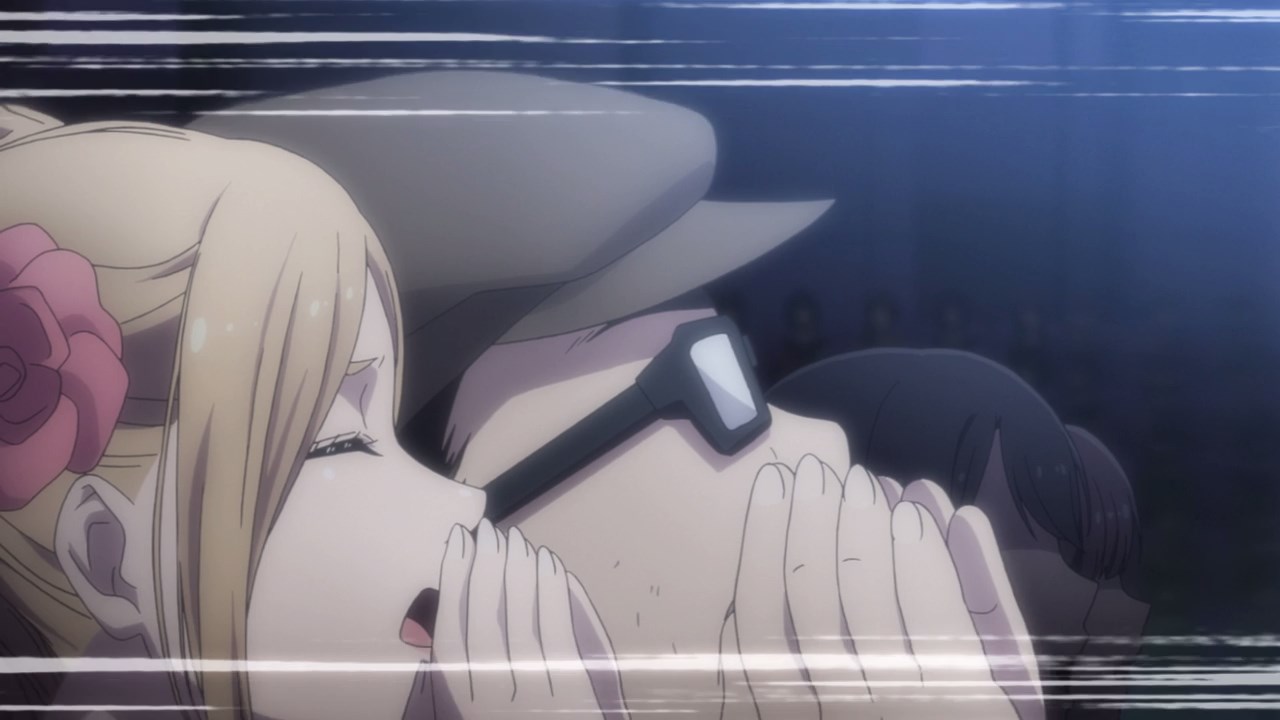 Still, both fans are happy that their oshis have finally participated in Okayama Girls Festa instead of being awkward till the end. 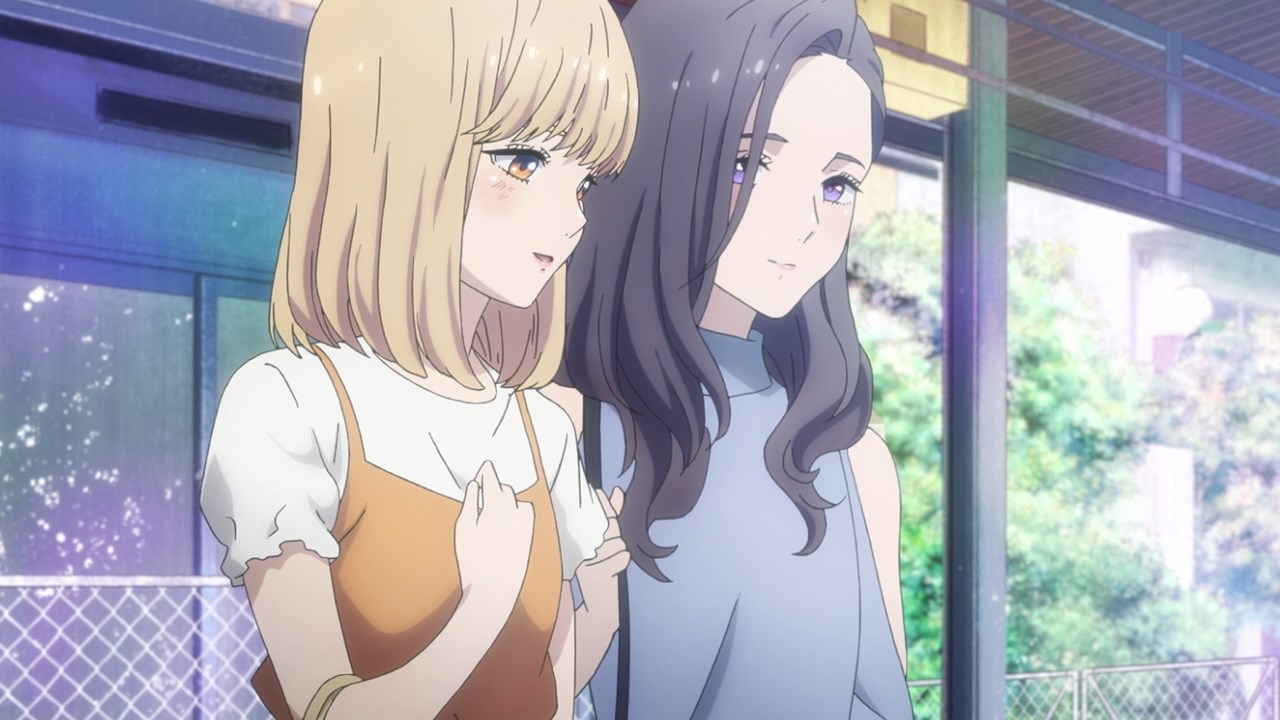 Of course, there are some idol members who watched Okayama Girls Festa like Yumeri Mizumori for example, where she was amazed at Maki Hakata walking at the runway on that day.

You know something, I smell yuri between Yume and Maki because they’re close to each other! 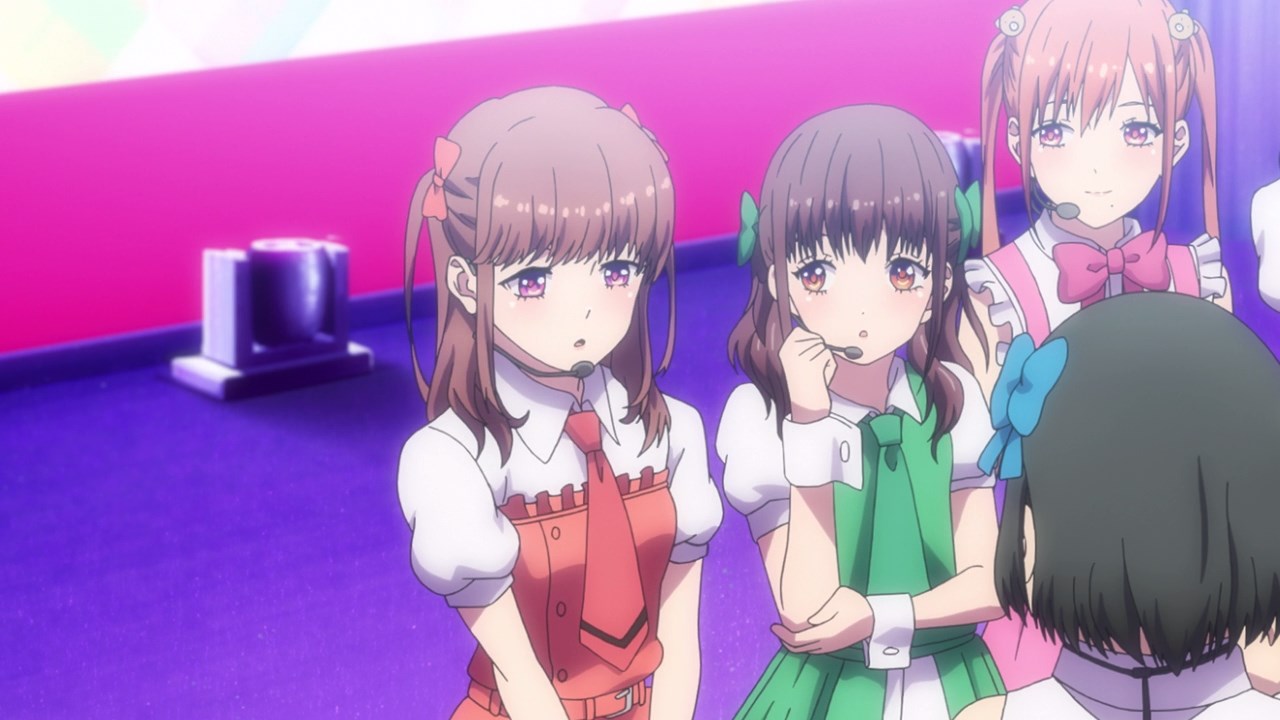 Now then, it’s time for another Cham Jam concert and during the MC portion, they have an idea on which item they would like to receive from various fans.

While Yuka Teramoto wanted to have a bug spray since she doesn’t like cockroaches, Maina Ichii wanted a tanzaku since the Tanabata Festival is approaching. Um Maina, you should have told everyone that you want to receive a fan letter instead of colored paper strips. 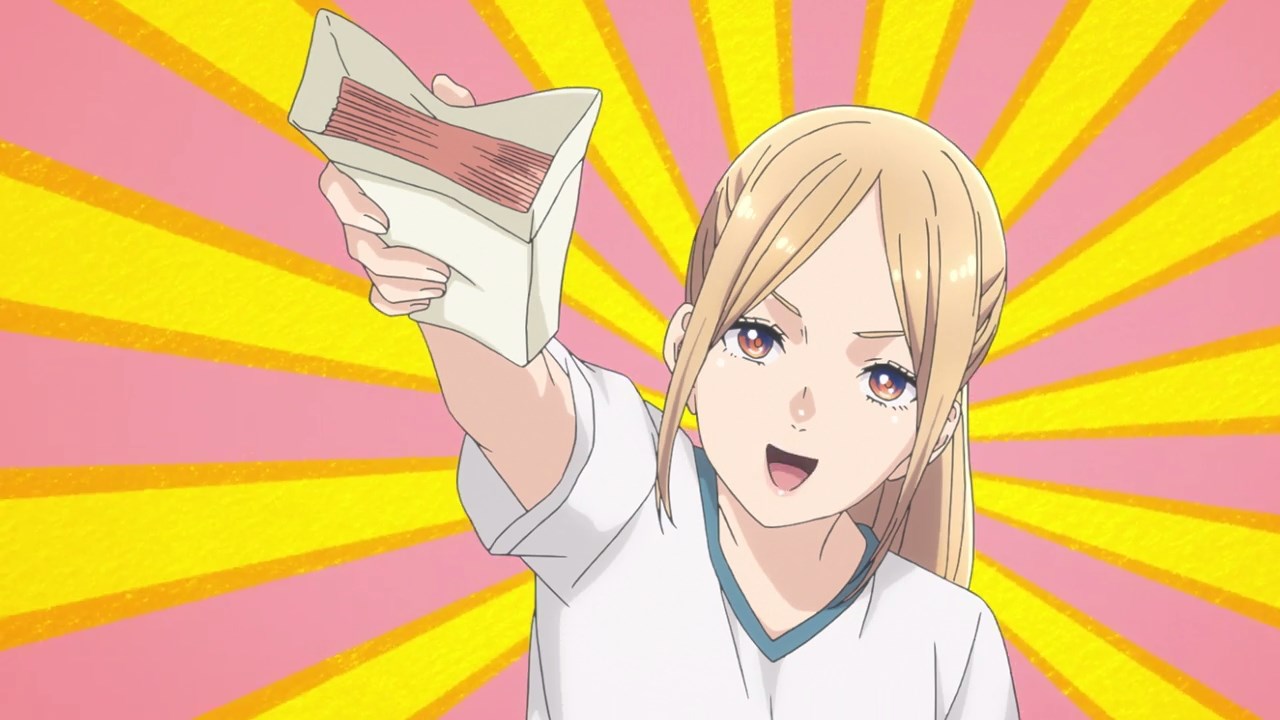 However, that doesn’t stop Eripiyo from writing her various wishes on a bunch of tanzaku and compile it. Wow, that’s some dedication right there! 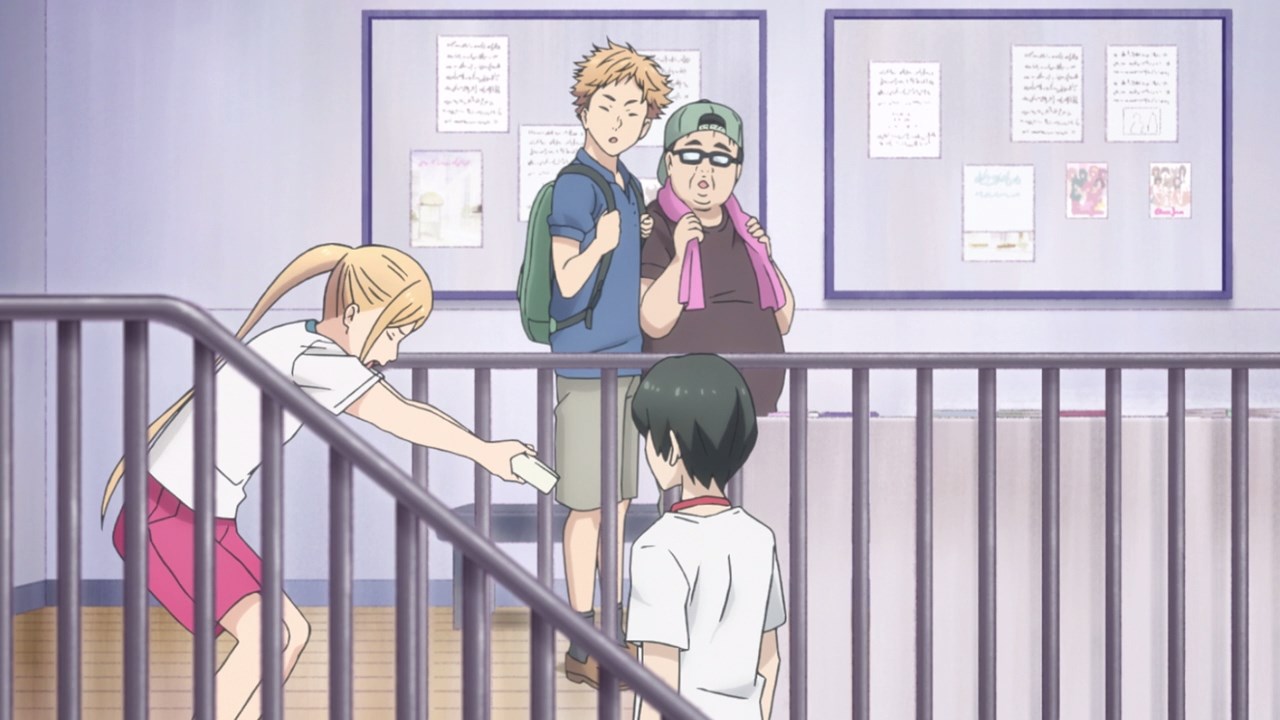 Anyways, Eripiyo gave her collection of wishes to one of the staff and tell them to give it to Maina. Then again, I feel that this staff member should check if Eripiyo’s gift does not creep Maina out. 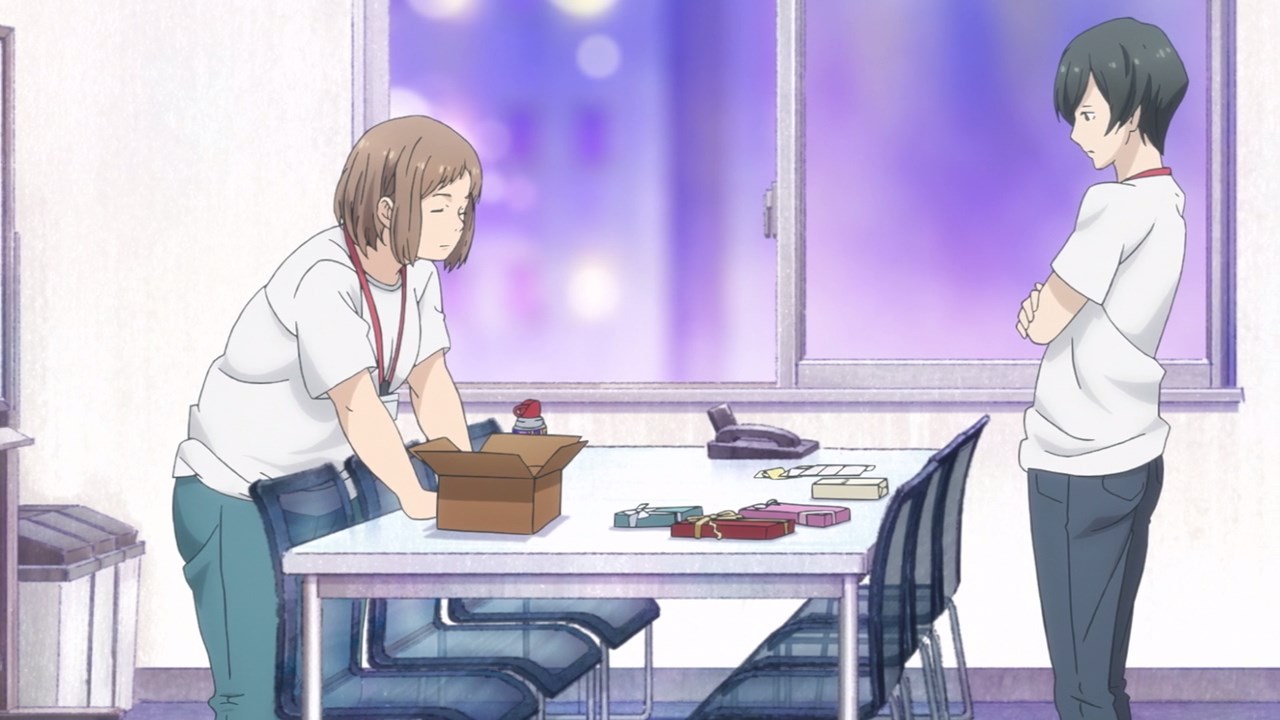 Still, giving lots of tanzaku to Maina is very inconvenient. I mean, it would take a long time for Maina to read all of Eripiyo’s wishes, some of them are quite perverted in nature. 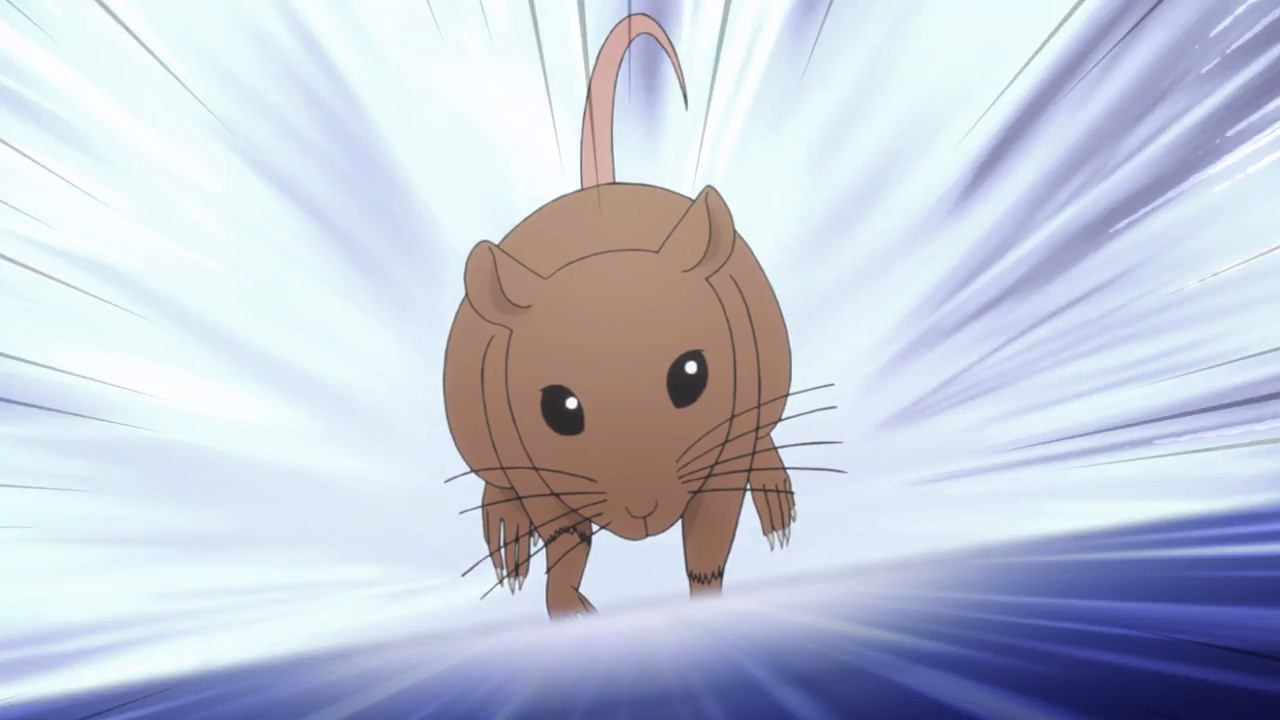 Suddenly, there’s a mouse running towards the staff member and let’s just say that she doesn’t like icky things! 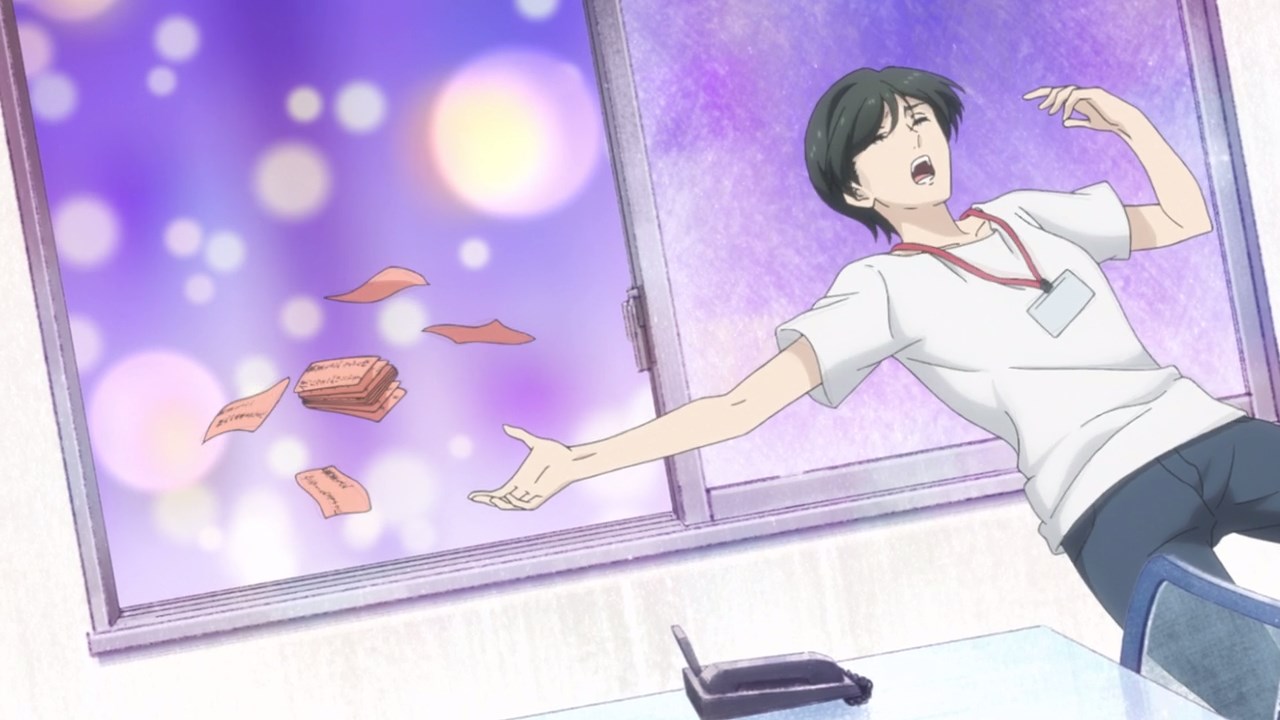 Unfortunately, this staff member is holding Eripiyo’s collection of wishes in which she drops it towards the window. Dammit, you have one job of holding those paper strips! 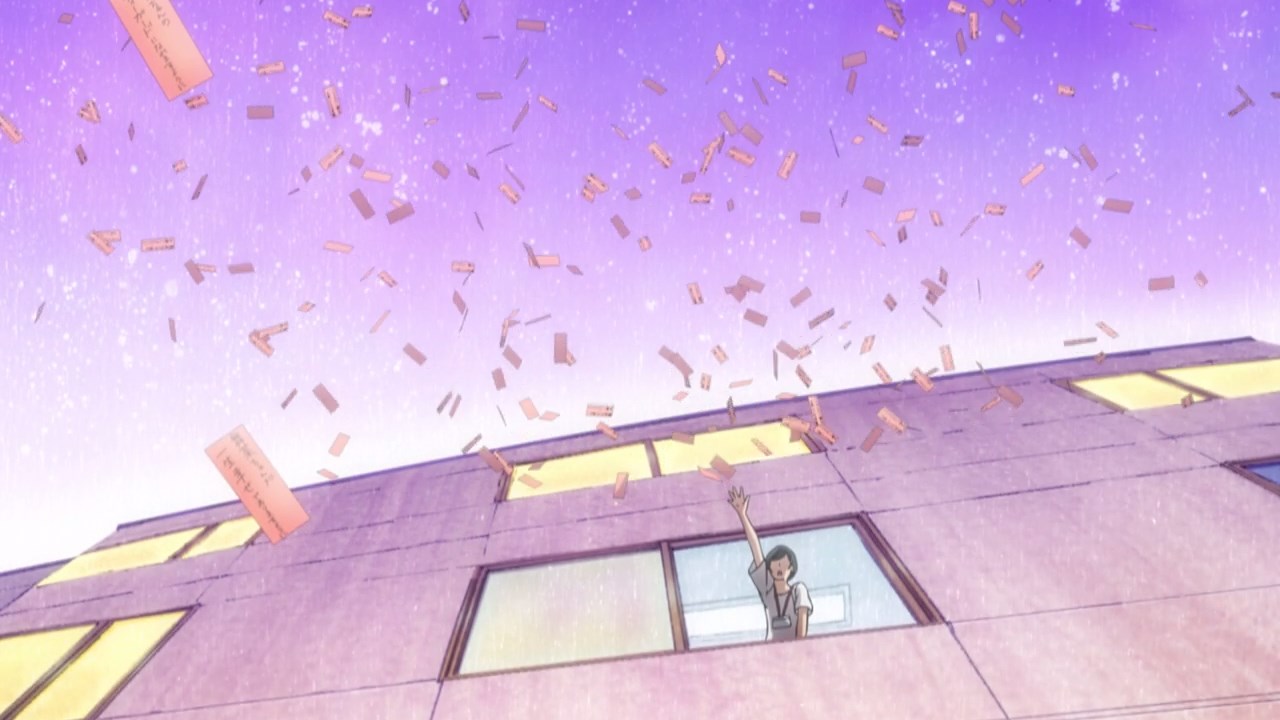 And so, all of Eripiyo’s wishes are now scattered away thanks to one staff member accidentally dropping it. Well, looks like Maina Ichii won’t read all of them! 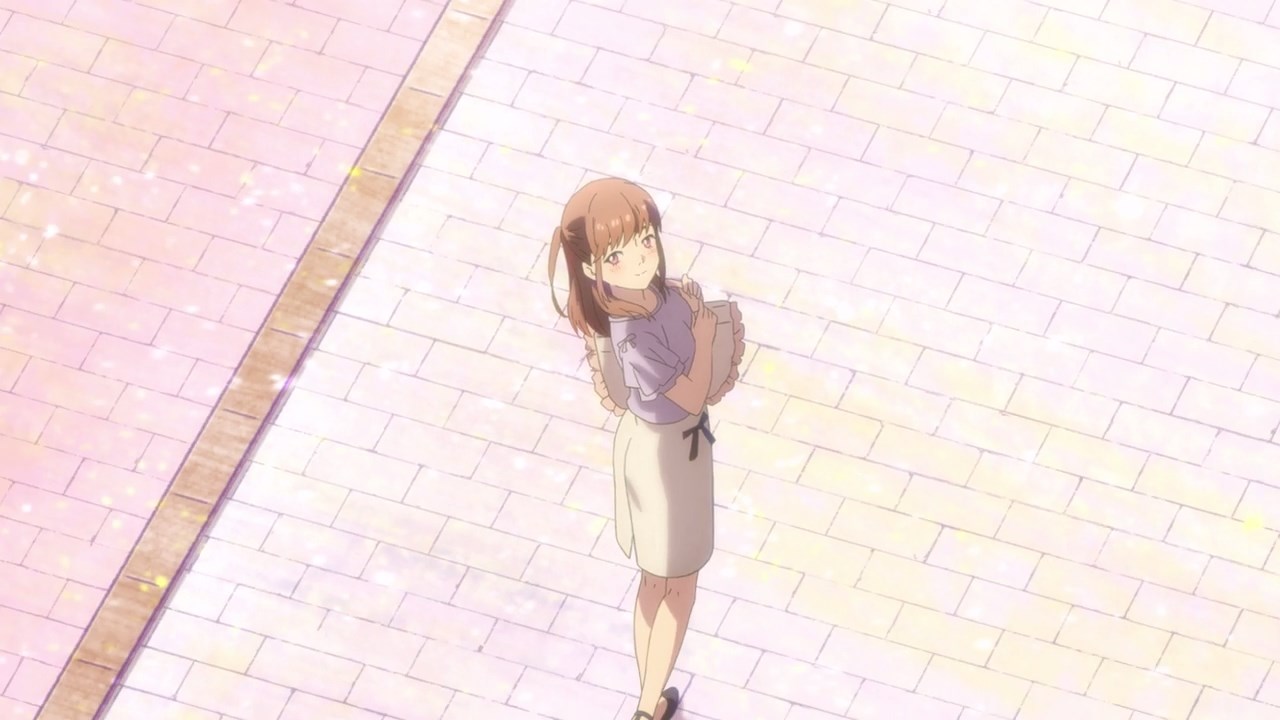 But you know what, the only thing that Eripiyo wished for is that she wants Maina to perform at the Budokan.

Still, it’s a long way to go for Cham Jam to go mainstream. So until the next episode, they’re remain at Okayama for now but that’s okay for Eripiyo because she wants to see her favorite idol up-close.