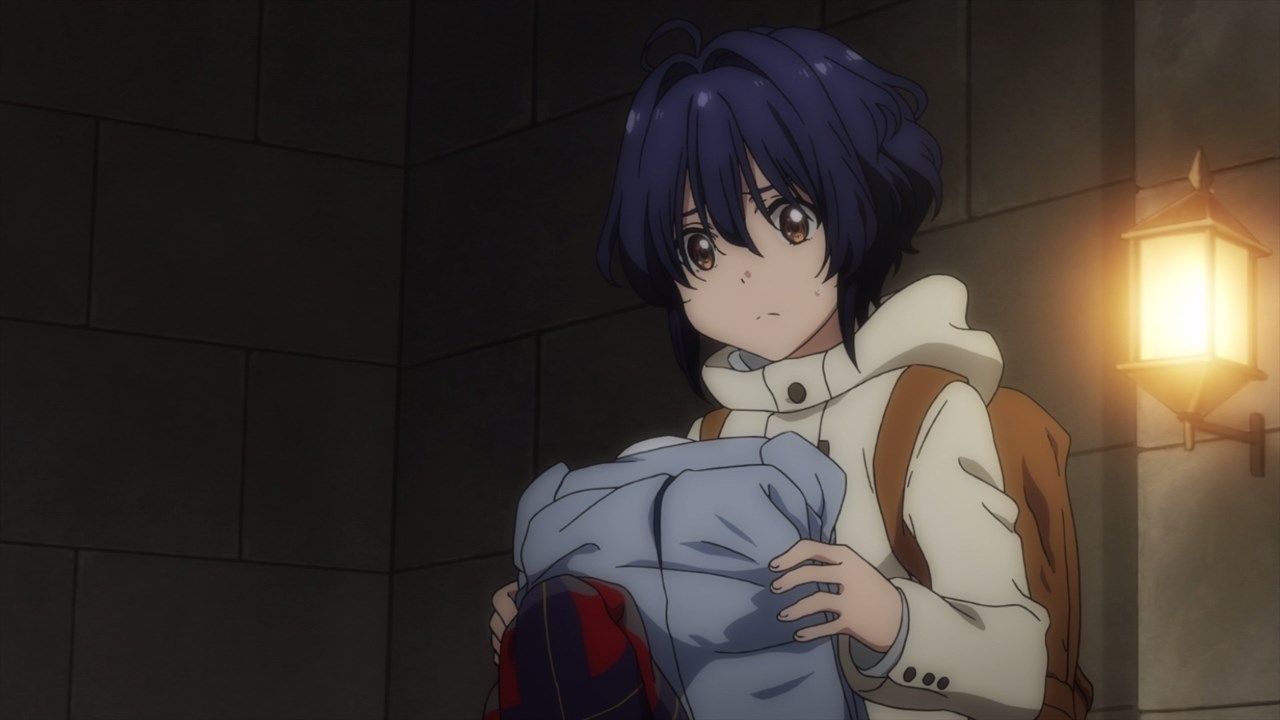 Well everyone, it’s time for the girls to receive their uniforms as they’re now officially joined 22/7 (or Nanabun no Nijyuuni). 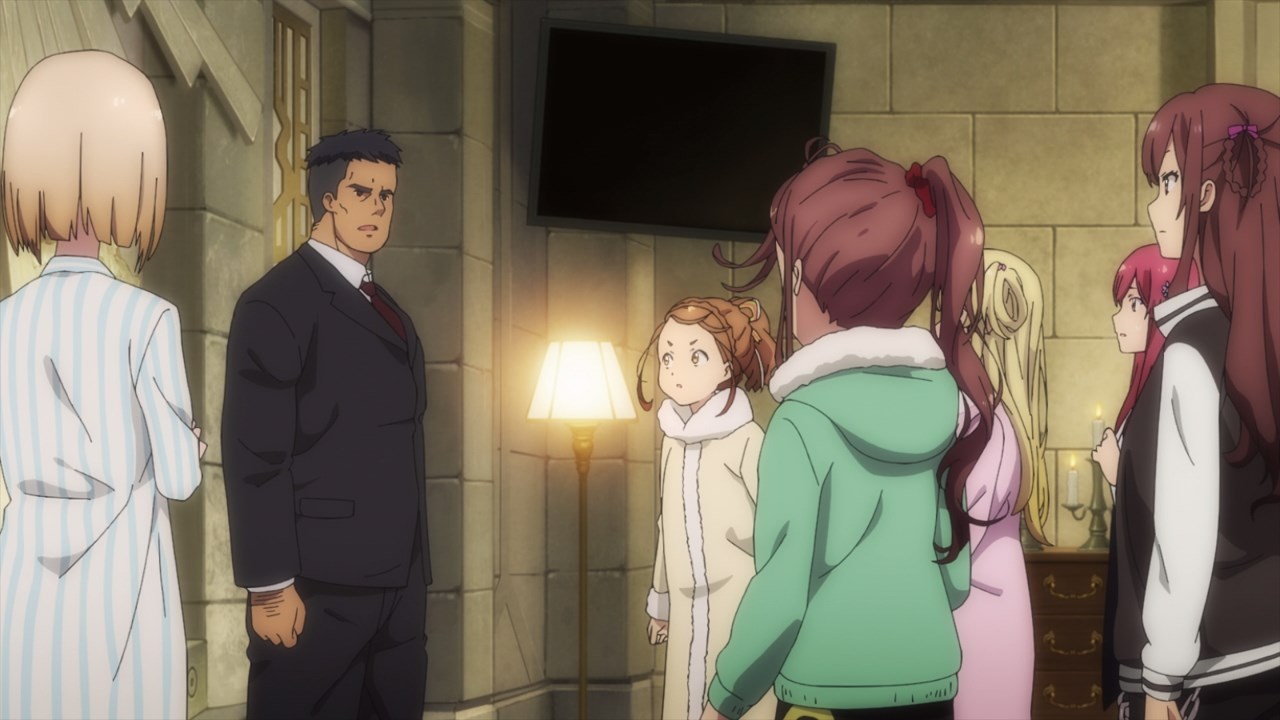 Oh yeah, and Aoi Gouda told them that they shouldn’t question nor having doubts towards The Wall because its orders are absolute.

Anyways, Gouda-san told them that there will be an audition in 2 hours to determine who will be the center of the idol group. Then again, they don’t have enough time to prepare themselves since this audition is so sudden. 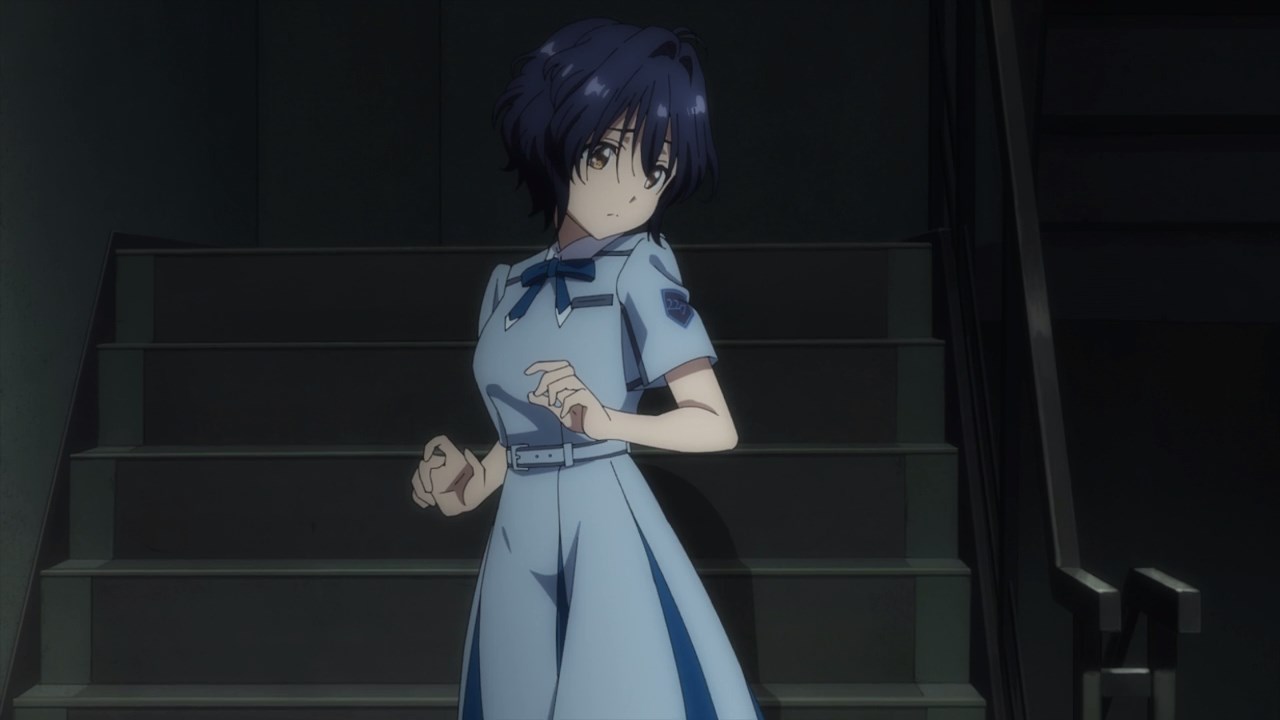 Well then, looks like the girls has no other choice but to wear their uniform and perform in front of the judges. Come to think of it, seems that their uniform is a perfect fit that Miu Takigawa couldn’t believe it. 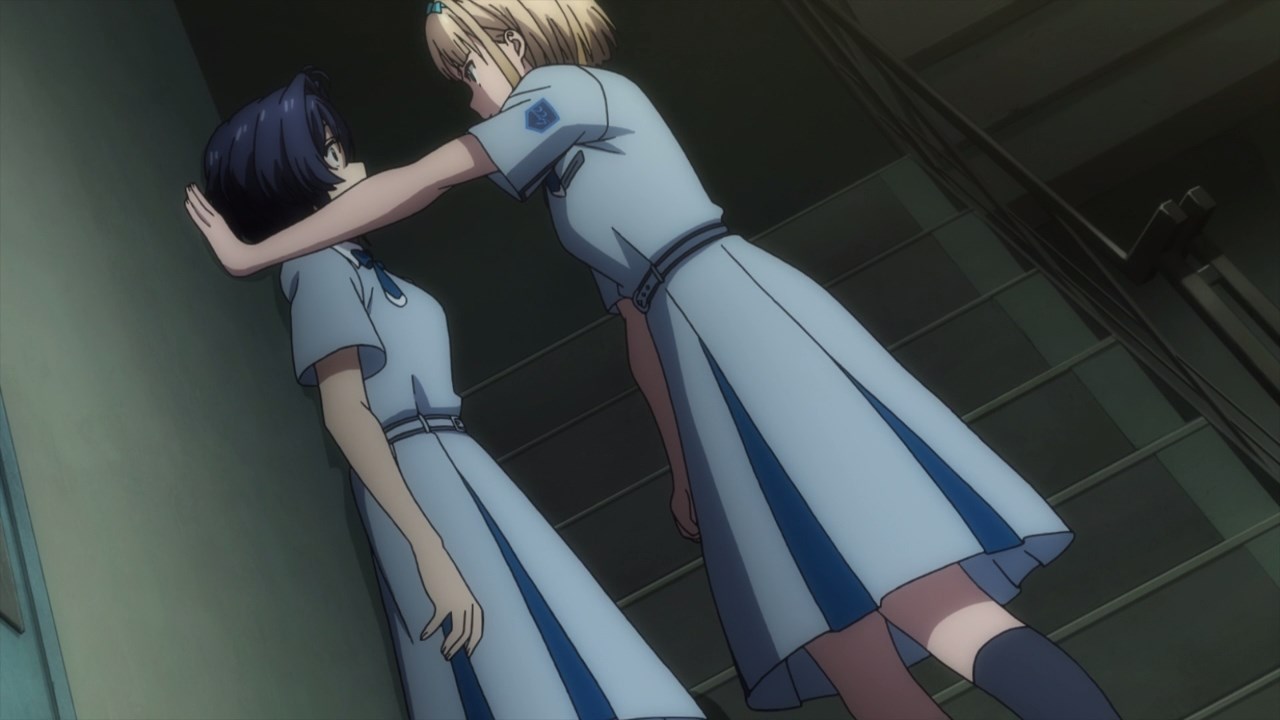 On the other hand, looks like someone pinned Miu to a wall as Nicole Saitou approached her. And really, I feel that she saw Takigawa as a nuisance. 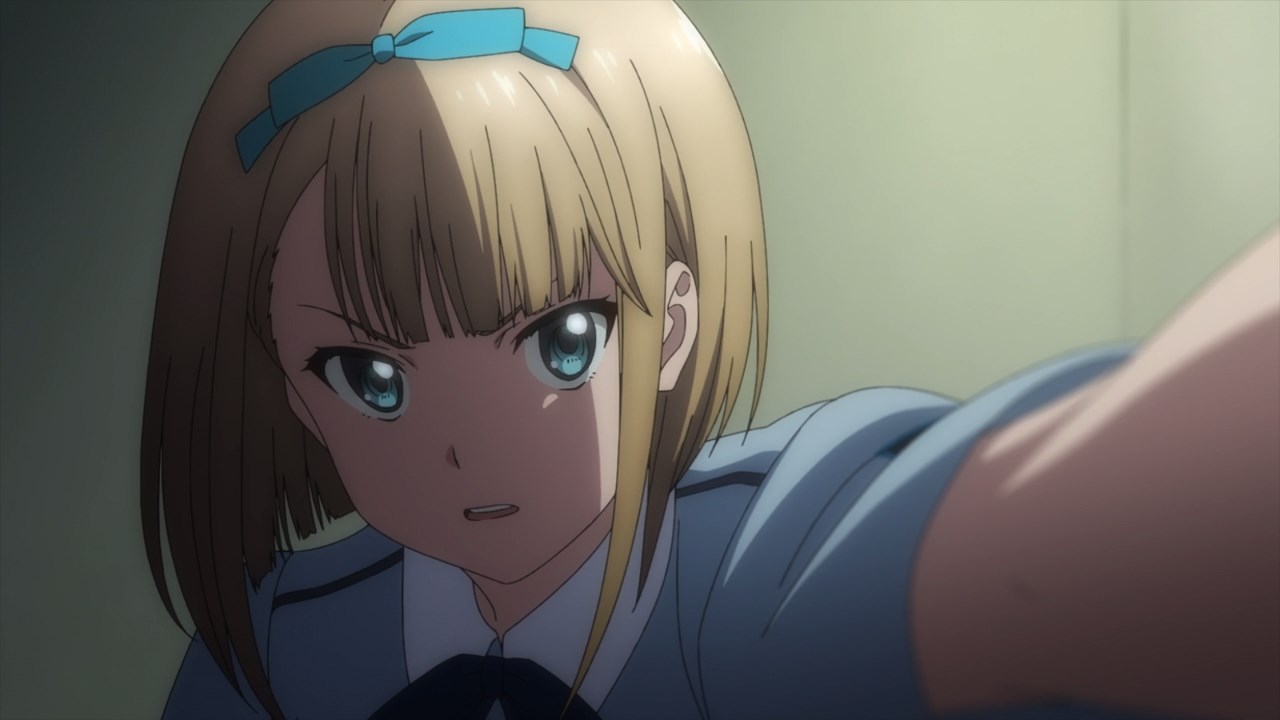 In any case, Nicole Saitou asked Miu Takigawa if she’s serious of becoming an idol after making a bold declaration from the previous episode.

Then again, seems that Nicole didn’t see Miu not putting her heart into this new venture as she told Takigawa to get out. But you know what, let’s see if Miu can do it. 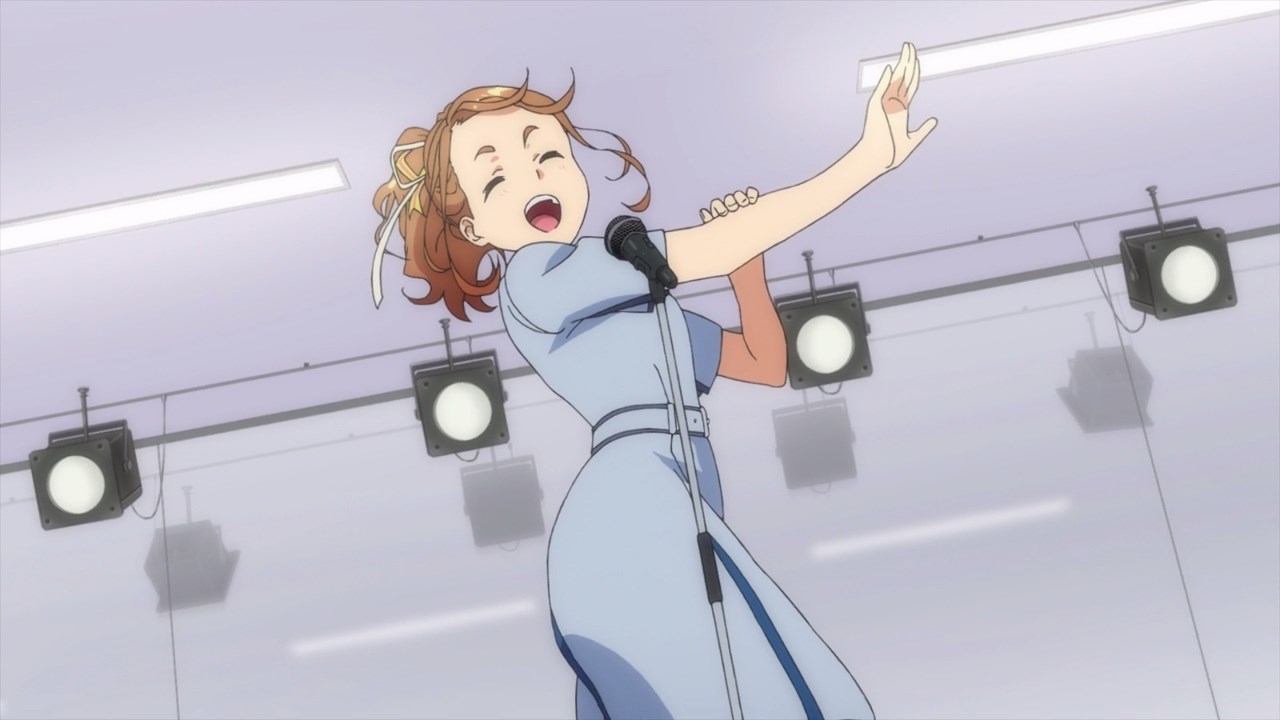 Anyways, the audition phase has begun as the girls sing and dance to determine who will take the center position.

So far, most of them are doing well despite the short preparation time. 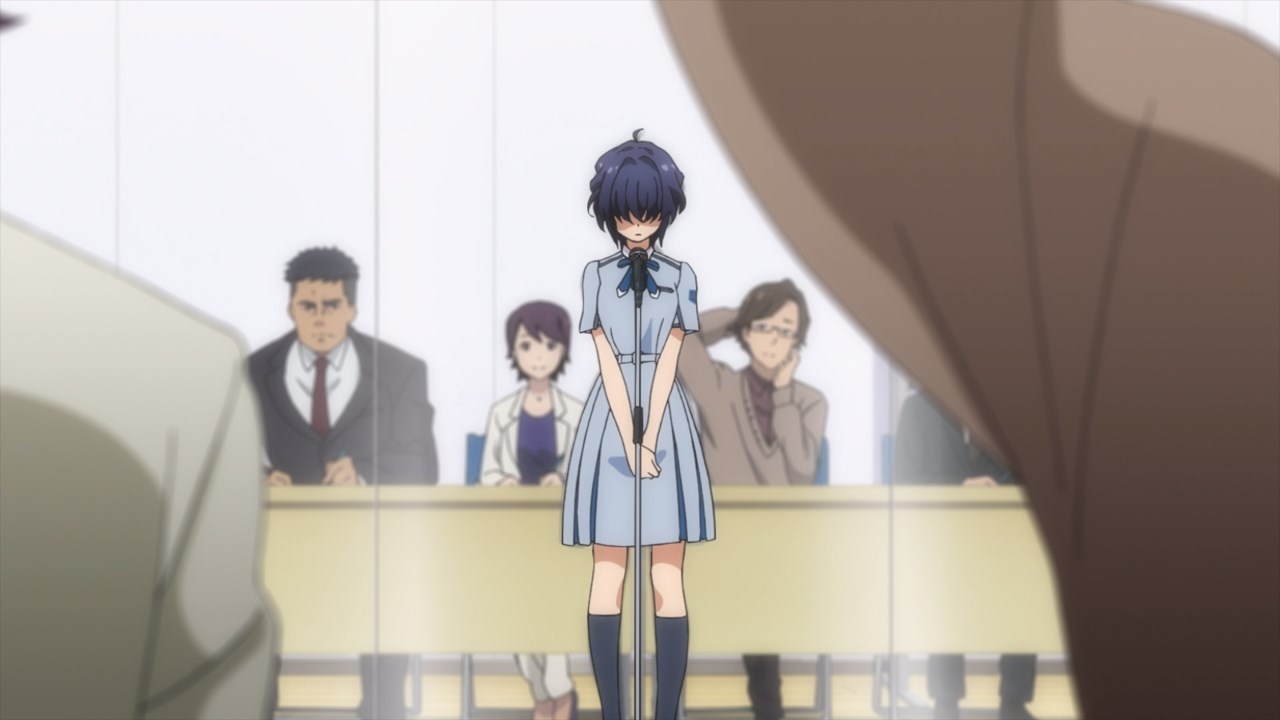 However, there’s one idol who didn’t do very well and that’s Miu Takigawa. Y’know, the girl who declared that she’ll be the number one idol.

Sure that she has music talent since Miu somewhat plays the piano, but Takigawa just froze there in front of the judges as she sings softly and doesn’t dance well. 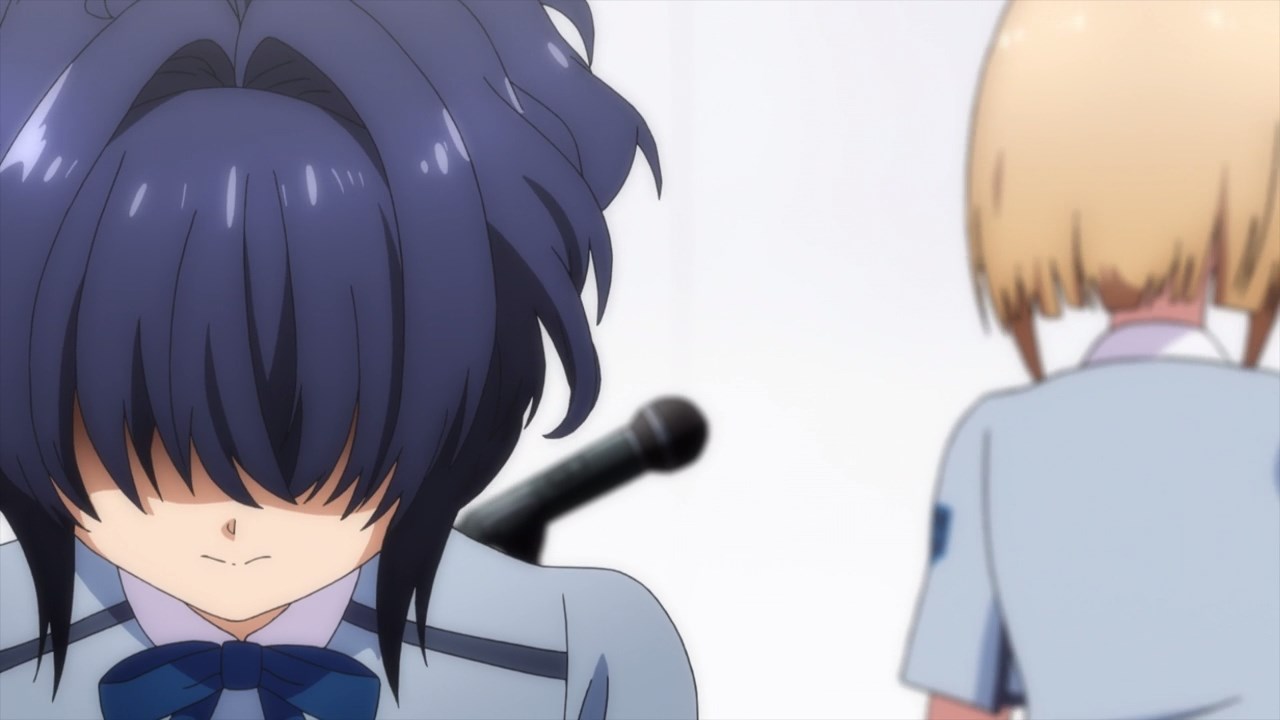 In any case, looks like Miu felt pathetic during the audition as she goes back to her seat, while Nicole Saitou takes over. 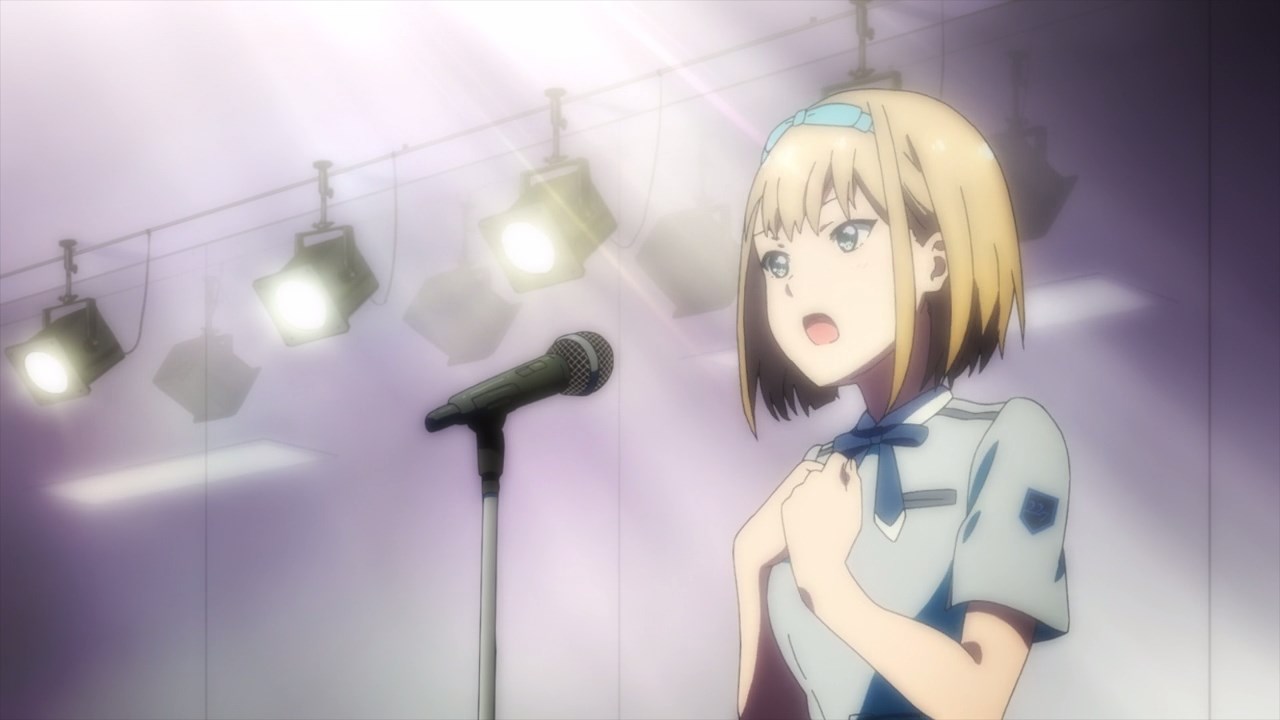 And as you can see, Nicole Saitou made a fantastic performance in front of the judges. Hmm, I have a feeling that she previously joined an idol group, or that Nicole is talented. 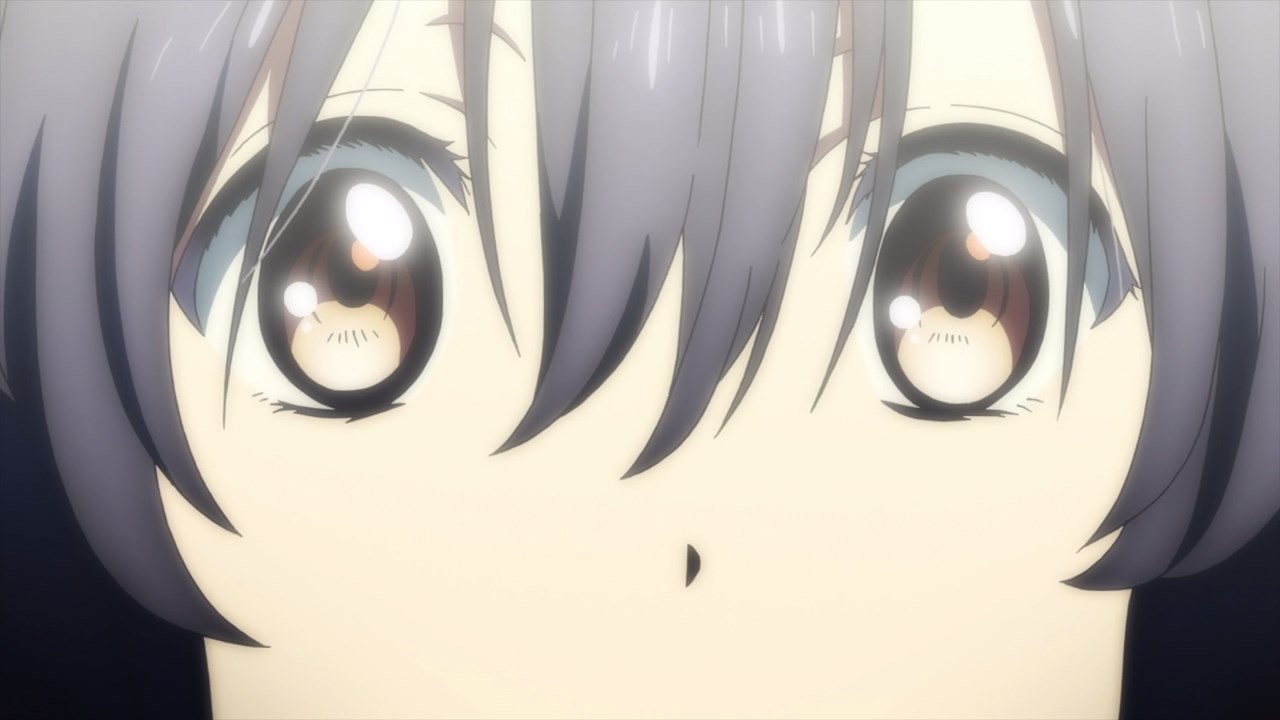 In any case, looks like Saitou sweeps the entire competition thanks to her performance, which Takigawa was stunned to see how Nicole shines throughout the audition. 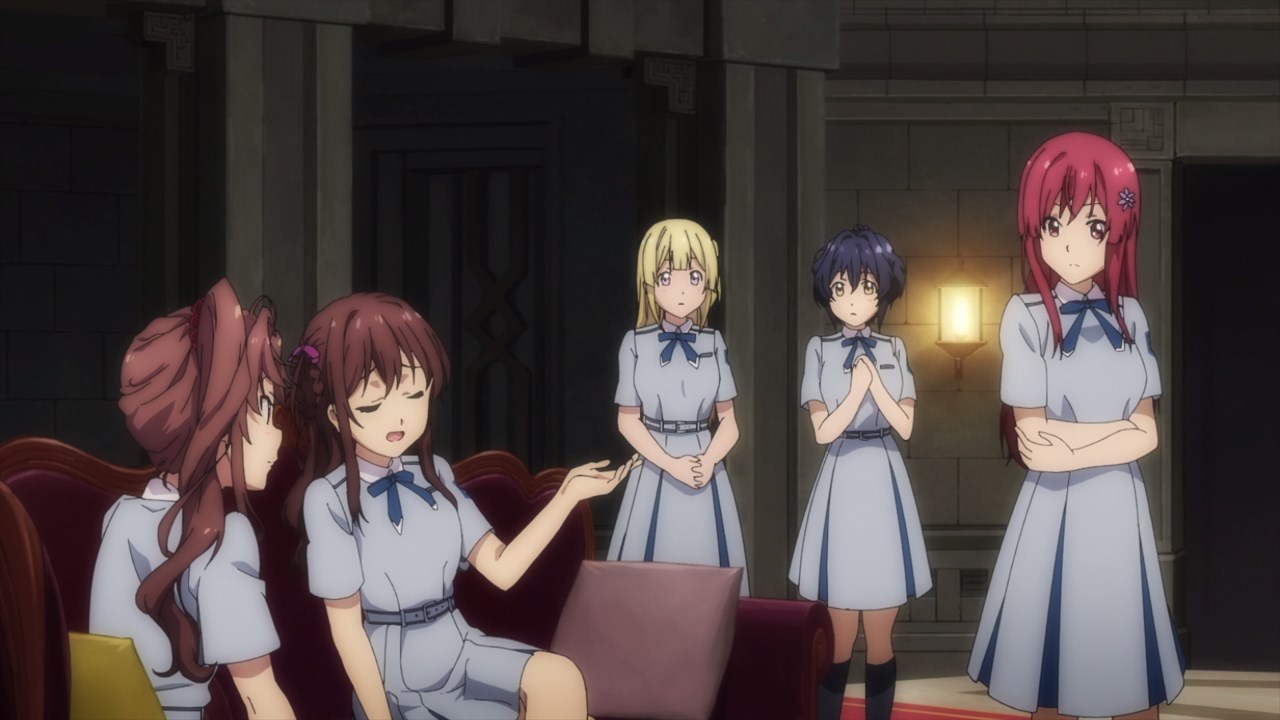 For everyone else, they agreed that Nicole Saitou is a perfect candidate as the center of the group. I mean, there’s no denying that Nicole has great talent, but let’s see The Wall’s final decision. 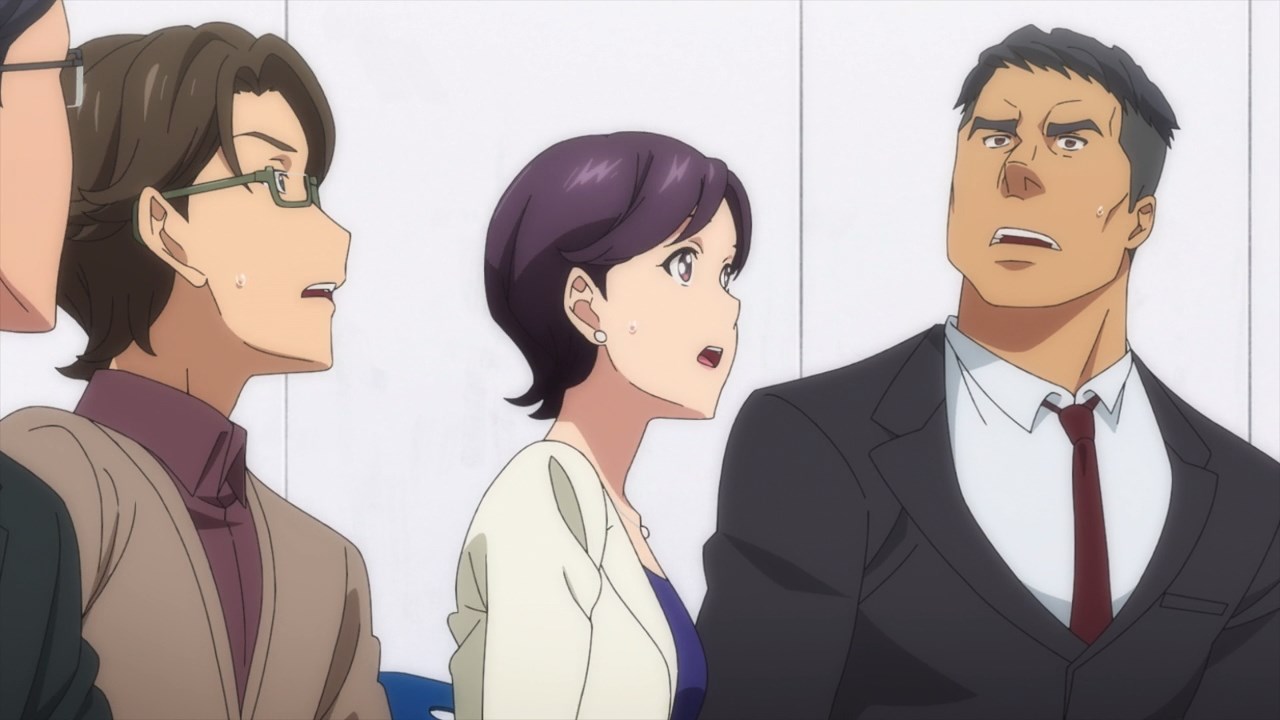 But you know what, I think The Wall has finally decided on who will be the center for 22/7 as the judges are alarmed at its earth-shattering reaction. 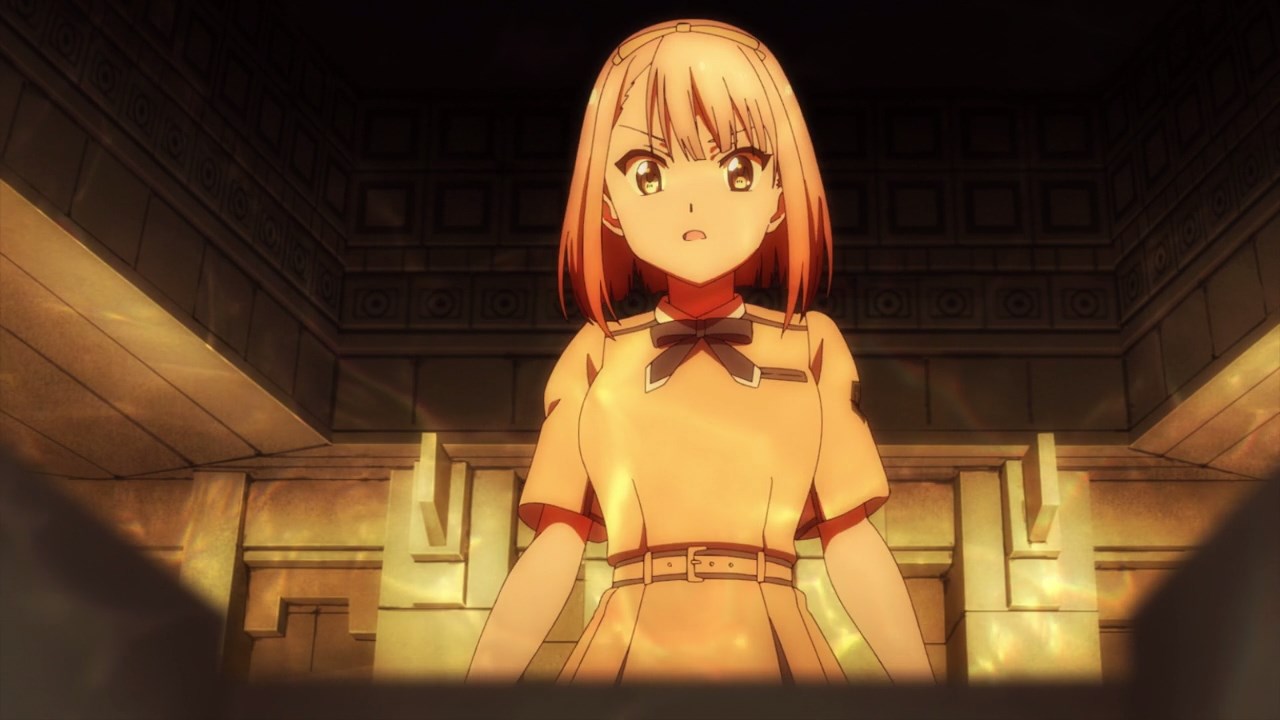 Of course, the only one who will like to know The Wall’s decision is Nicole Saitou as she did an amazing performance during the audition. But, seems that The Wall has other plans… 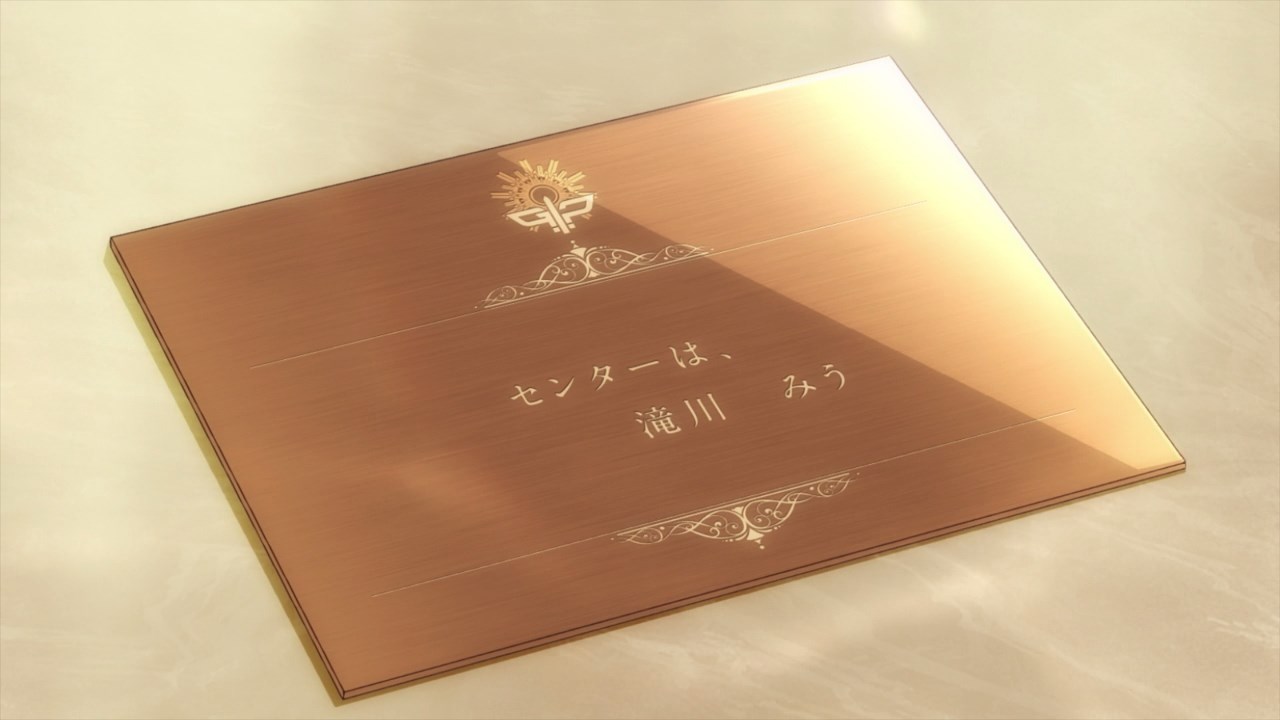 Turns out, it was Miu Takigawa who became the center for 22/7. What the fuck, Miu did horribly during the auditions and yet Sen- I mean The Wall chose her over Nicole! 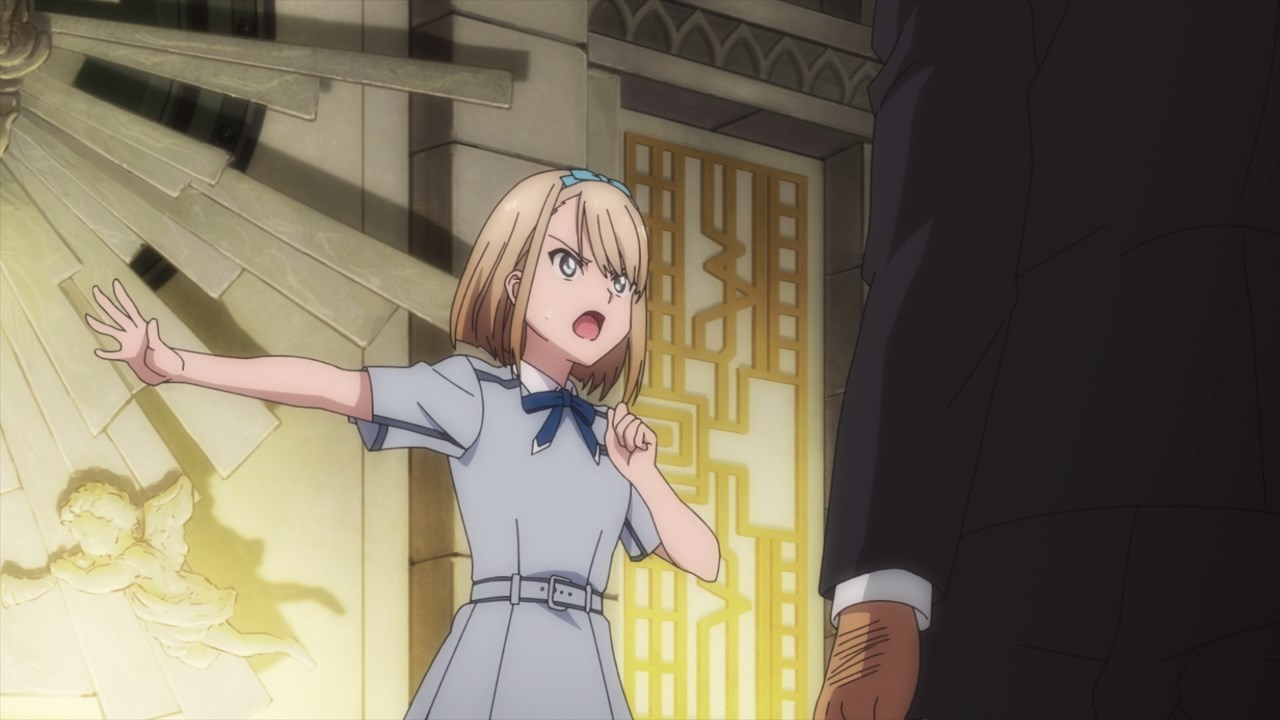 Even Saitou couldn’t believe at this bullshit despite her best efforts as Nicole questions The Wall’s decisions. 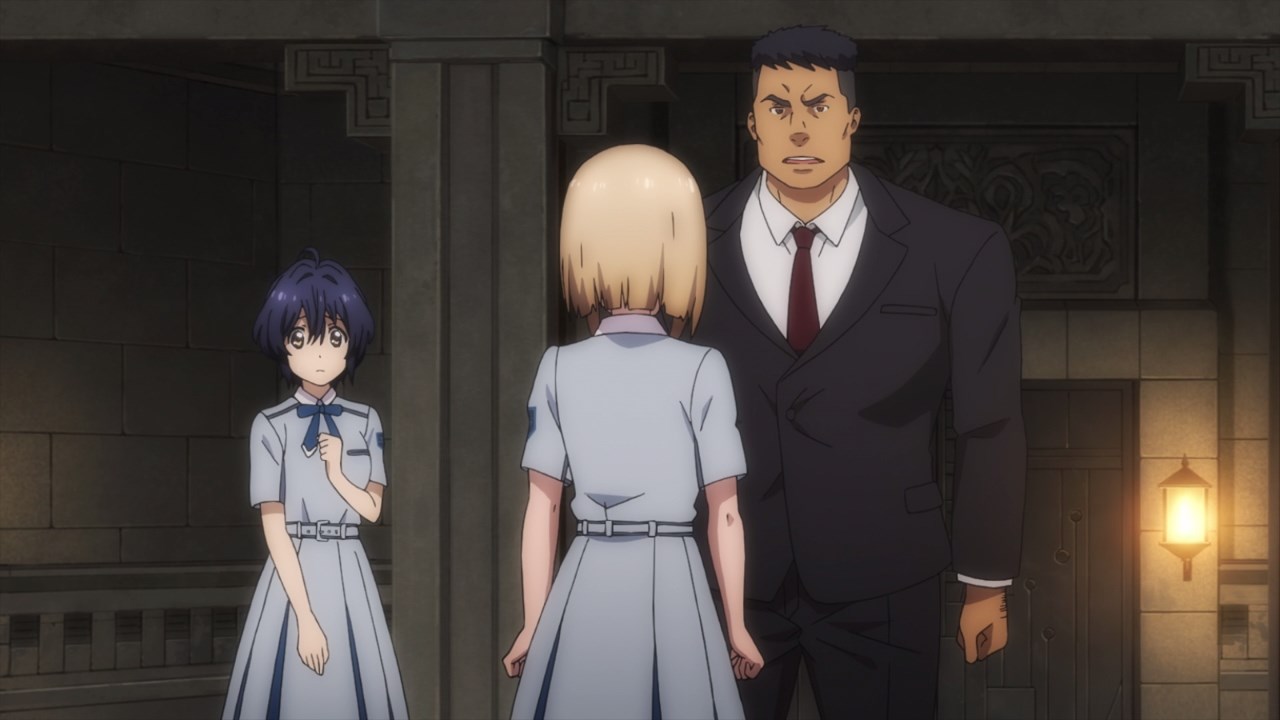 But, Aoi Gouda told Nicole Saitou that she shouldn’t doubt The Wall for its decisions is absolute.

Well then, seems that there’s no other choice but to respect The Wall’s decision. Then again, Miu Takigawa couldn’t believe that she’s the center of 22/7 despite being dead-last in the auditions. 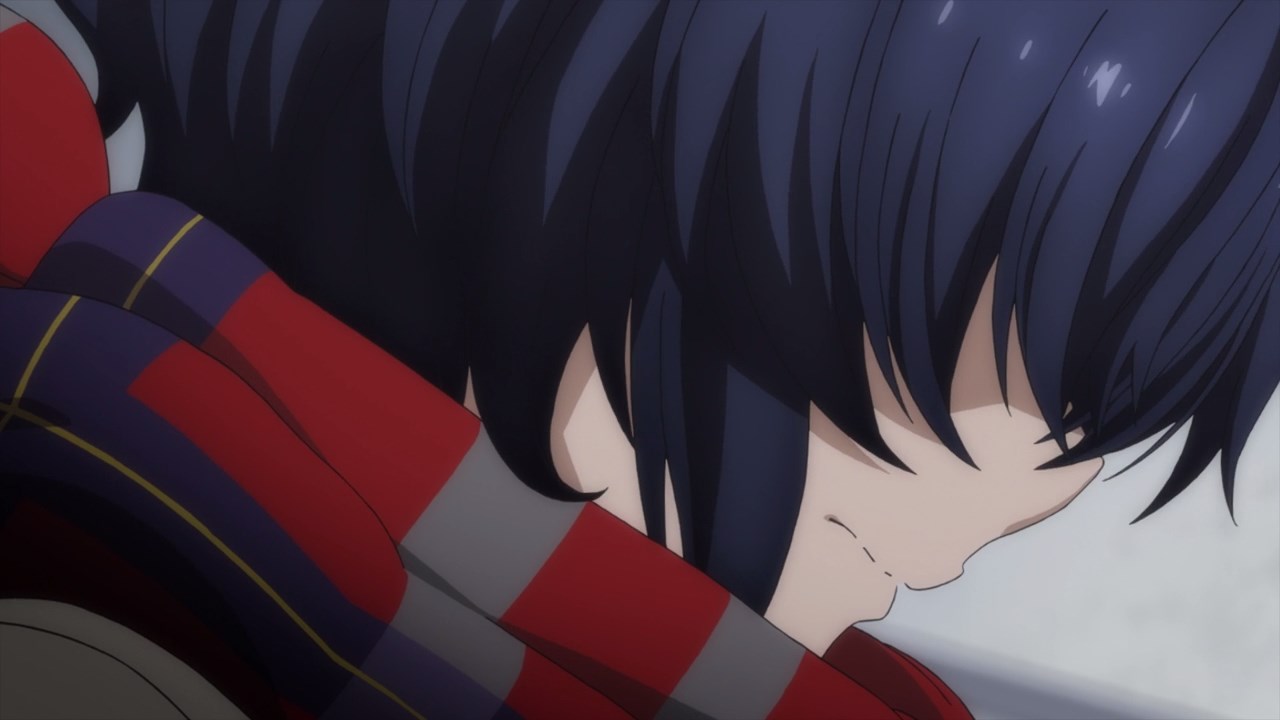 However, seems that Miu couldn’t take the responsibility as she went home.

Honestly, I’m angry towards Miu because despite her declaration of becoming the number one idol, she can’t do it at all even though Production GIP has state-of-the-art facilities and top-class teachers to train her. I mean, how can Miu face her family if she accomplish nothing?

But you know what, I think Takigawa needs more breathing space to think it over before committing herself on becoming the group’s center. After all, it’s one giant responsibility for her to lead 22/7. 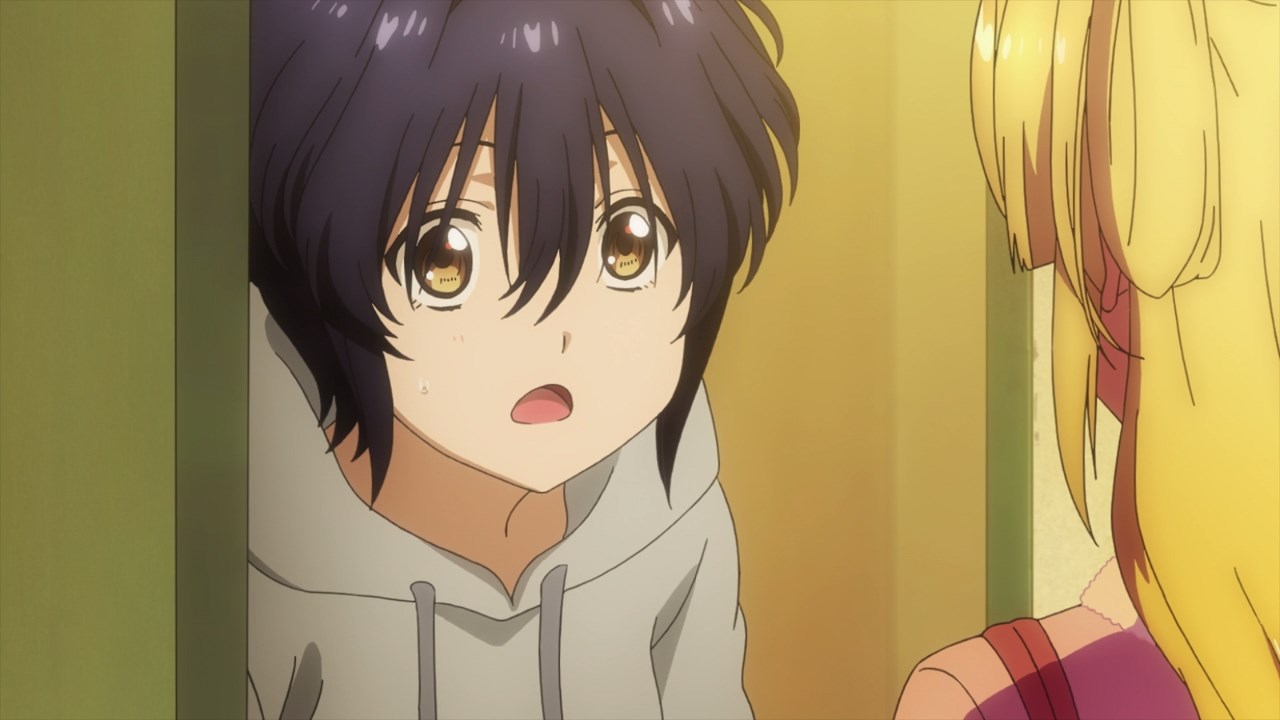 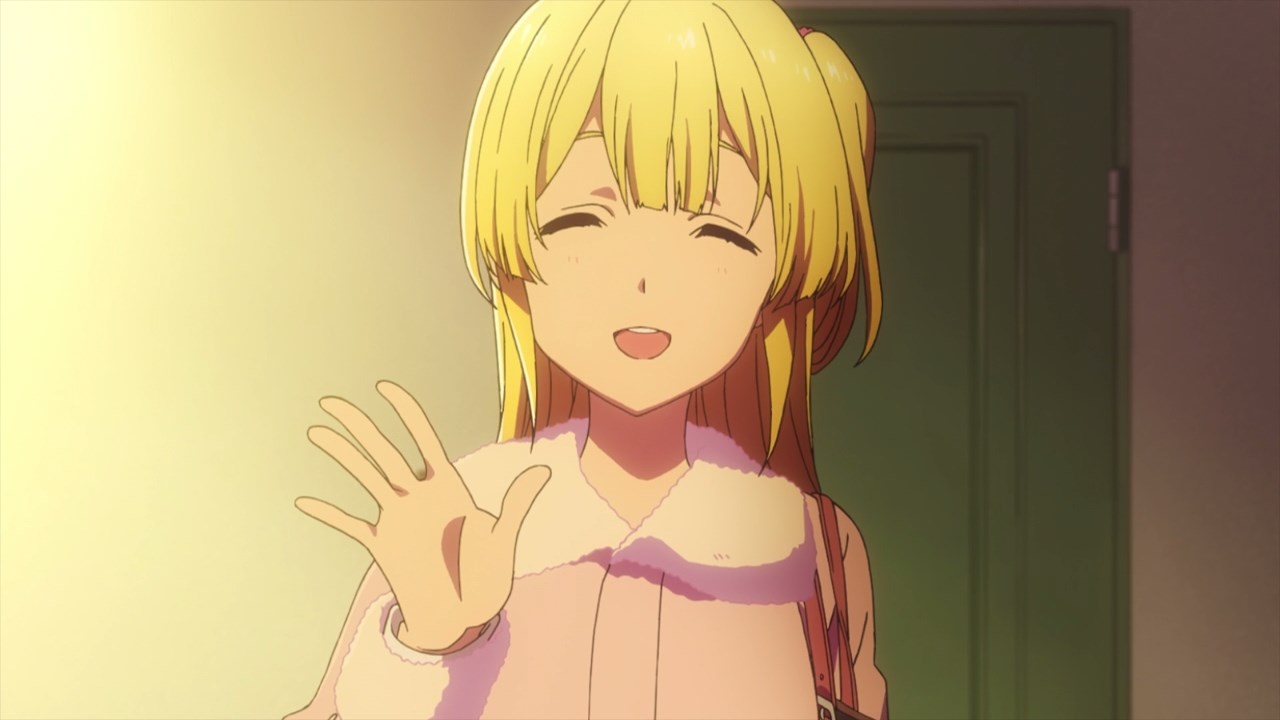 Now then, looks like Miu Takigawa got a visitor at her apartment, where it turned out to be Sakura Fujima. Yeah, Sakura dropped by to say “Hi!” 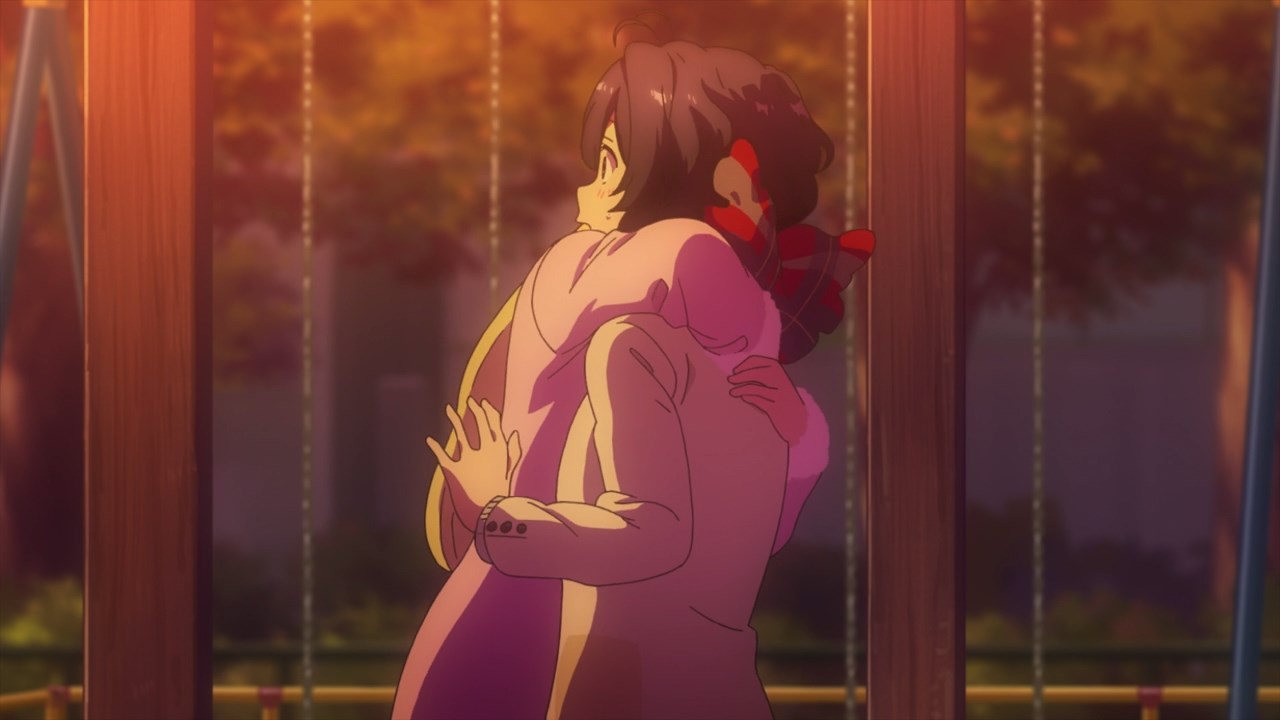 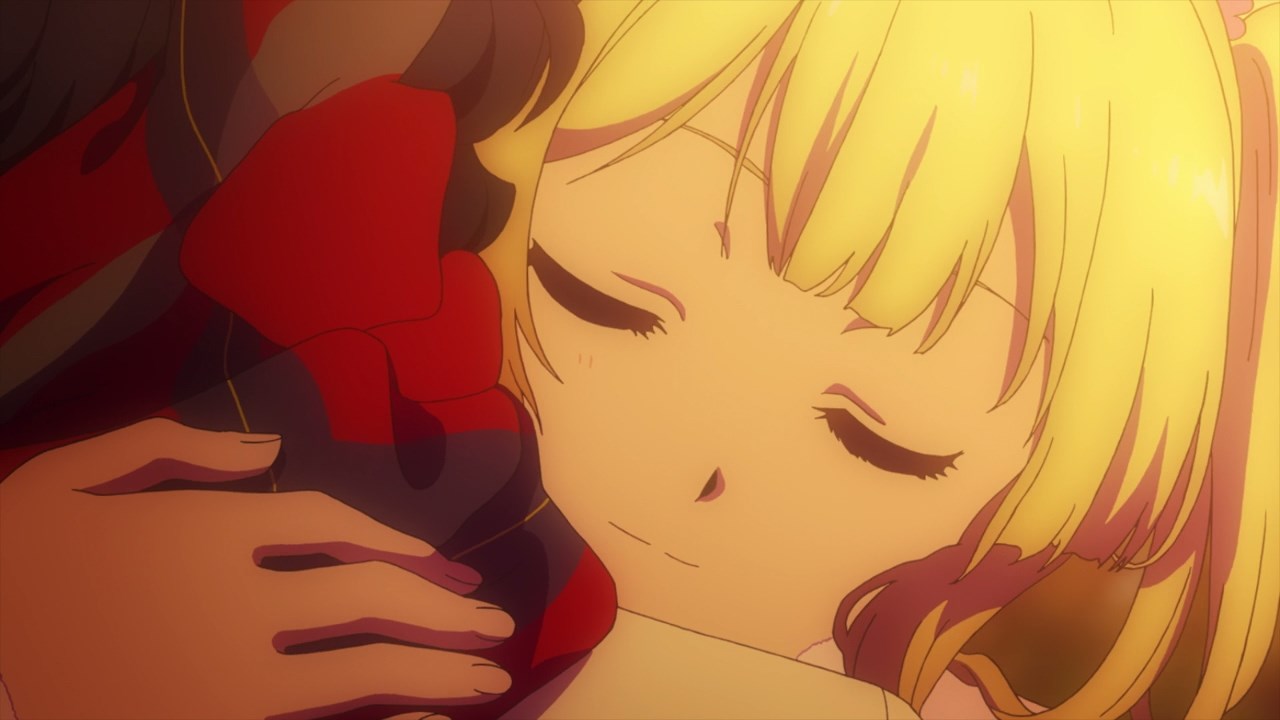 But in any case, Sakura wanted to cheer Miu up as she like how Takigawa put up a brave face upon declaring to become the number one idol.

Because of that, Fujima broke out her shell as she wants to become a better person within and outside 22/7. 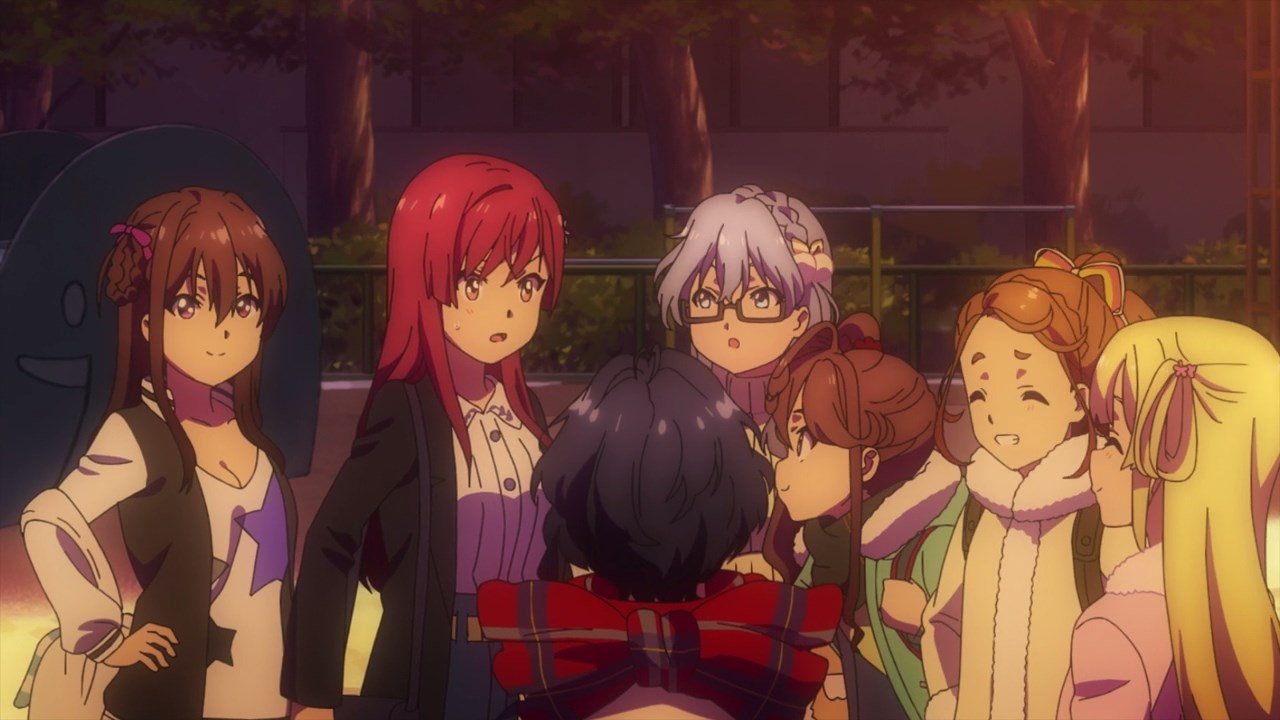 Oh yeah, the rest of the girls are here to cheer Miu Takigawa up. Well, except for Nicole Saitou in which she’s busy training as well as being salty over The Wall’s crazy decision. 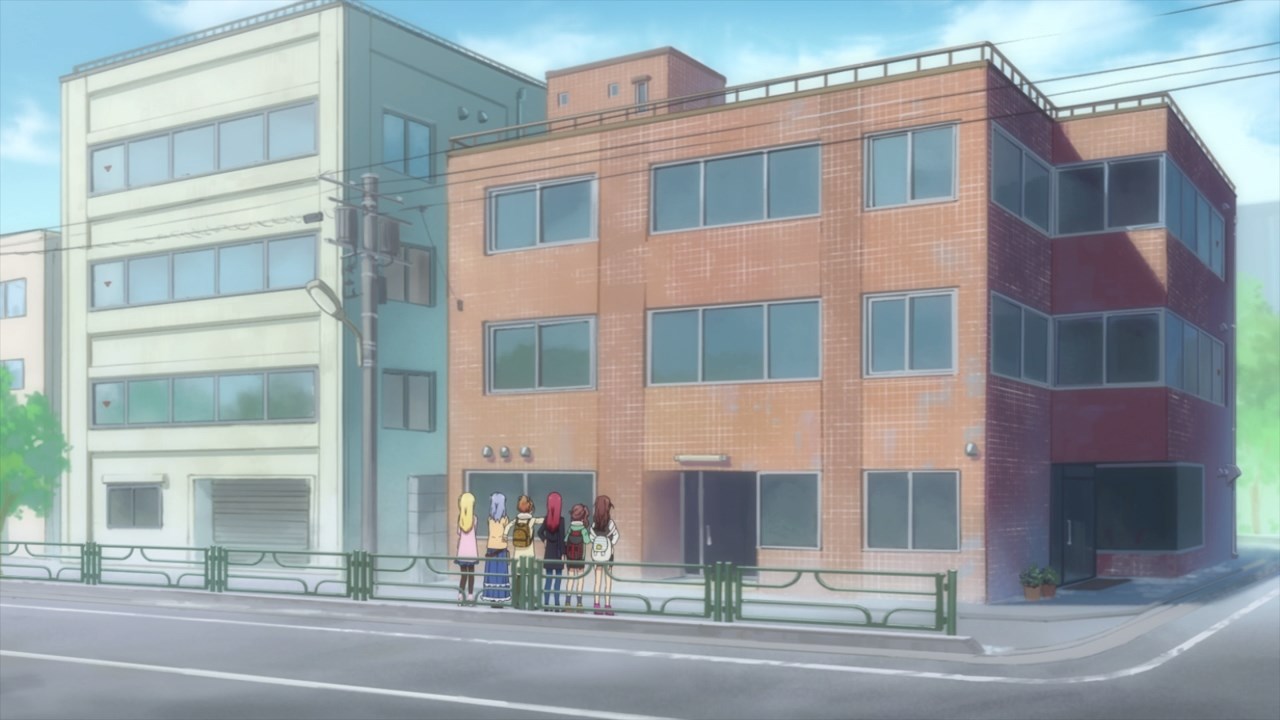 Now onto the next scene as the girls are back at Production GIP to do their dancing and singing lessons. Then again, they’re worried that Miu Takigawa won’t come back.

Come to think of it, seems that Production GIP has a normal building even though they have an underground facility. 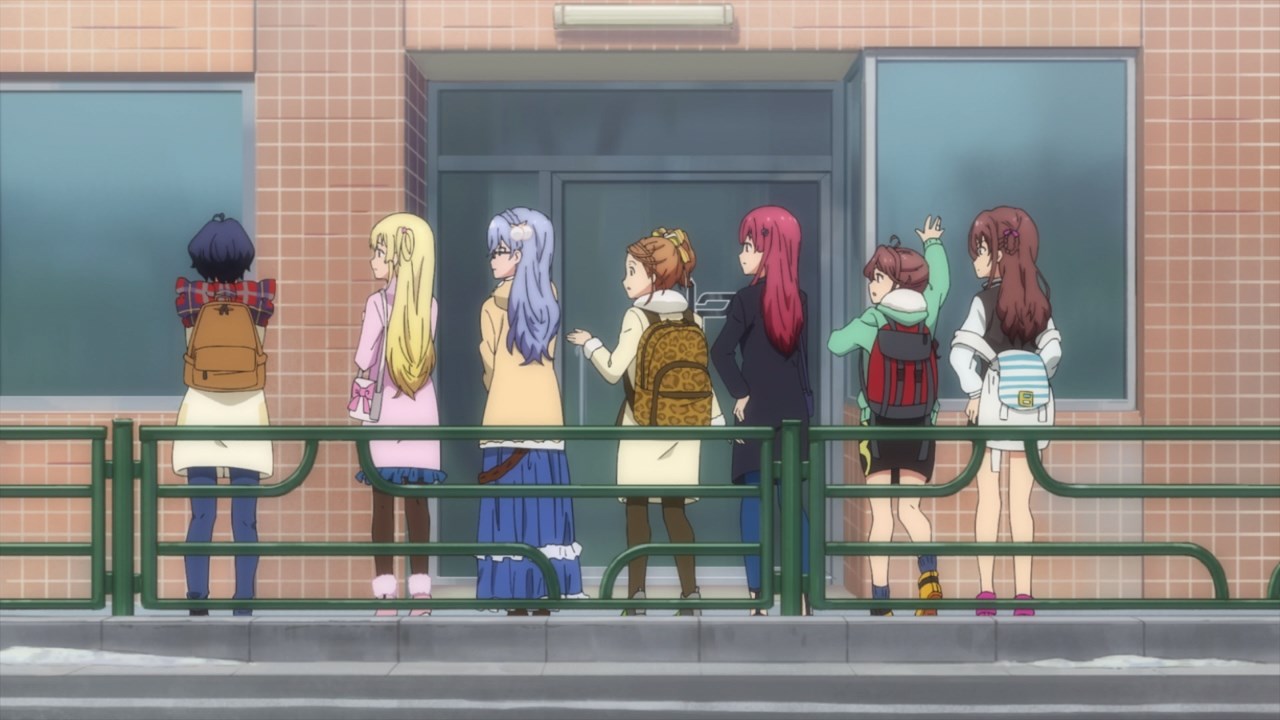 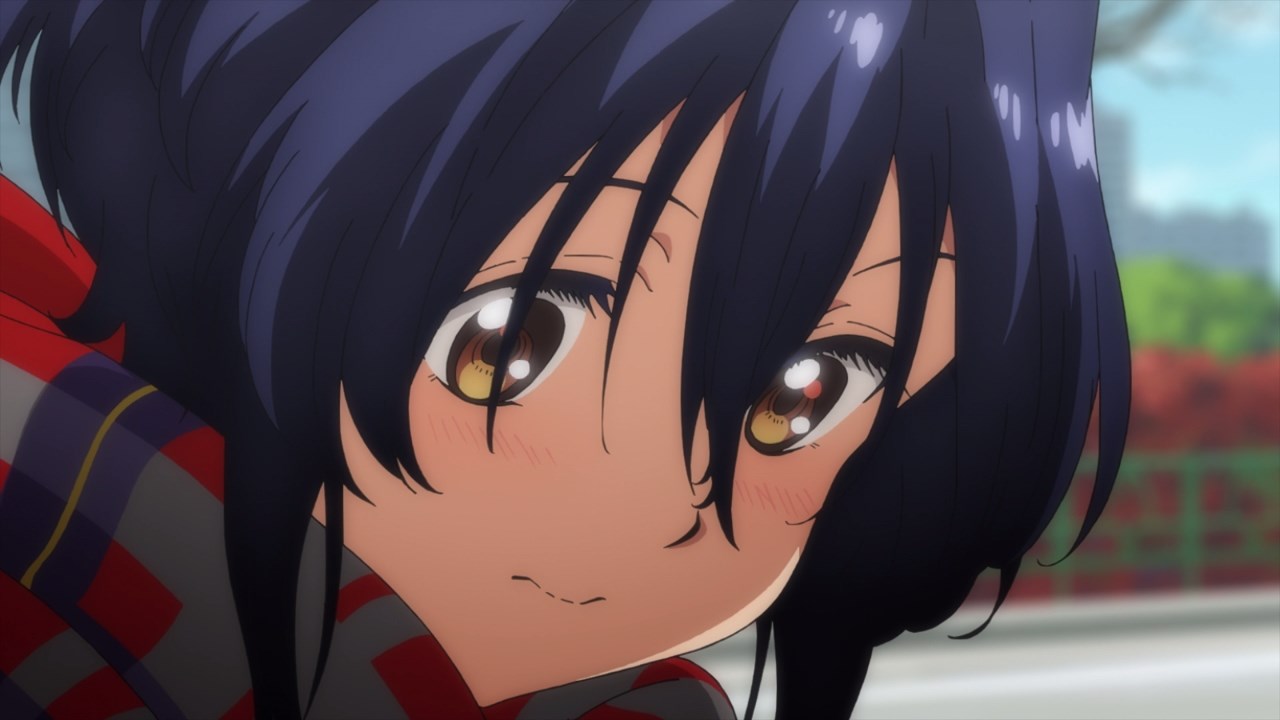 Fortunately, all of their worries have finally gone away as Miu Takigawa arrived at the office.

Of course, she has a tough road ahead as Miu will take the intense training in order to catch up with the rest of the girls. Let’s hope that she can do it as the center of 22/7! 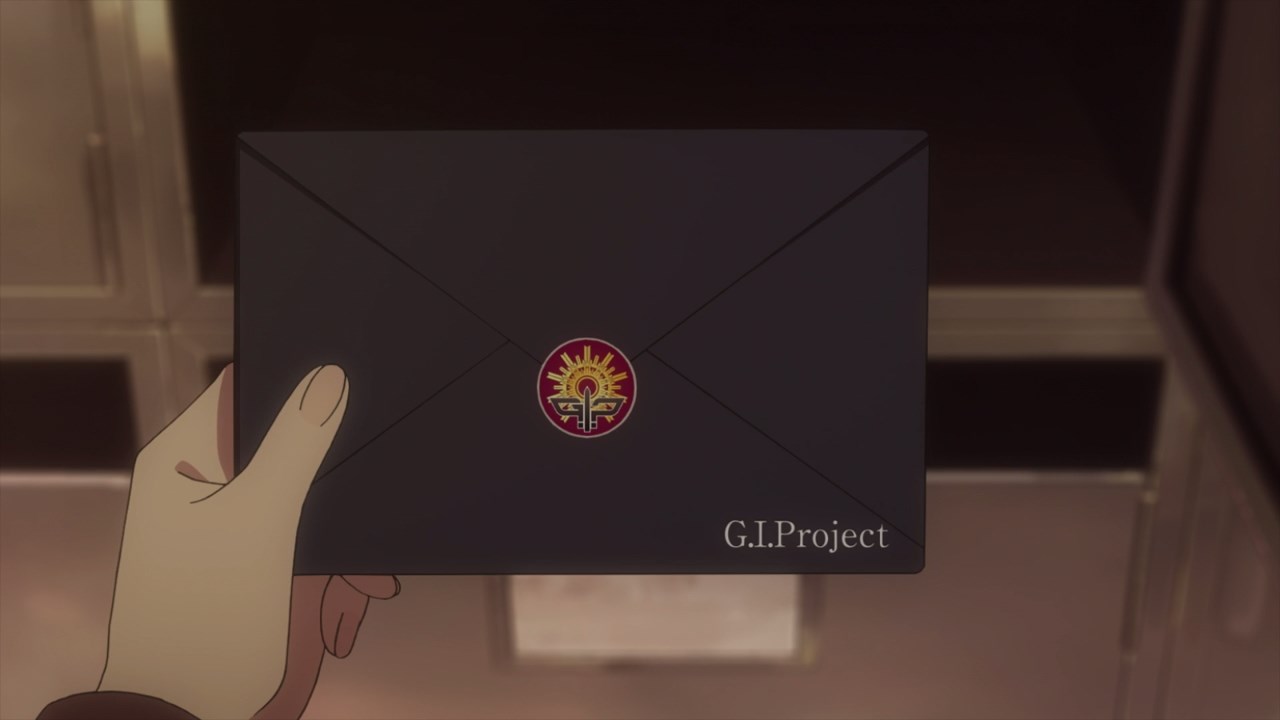 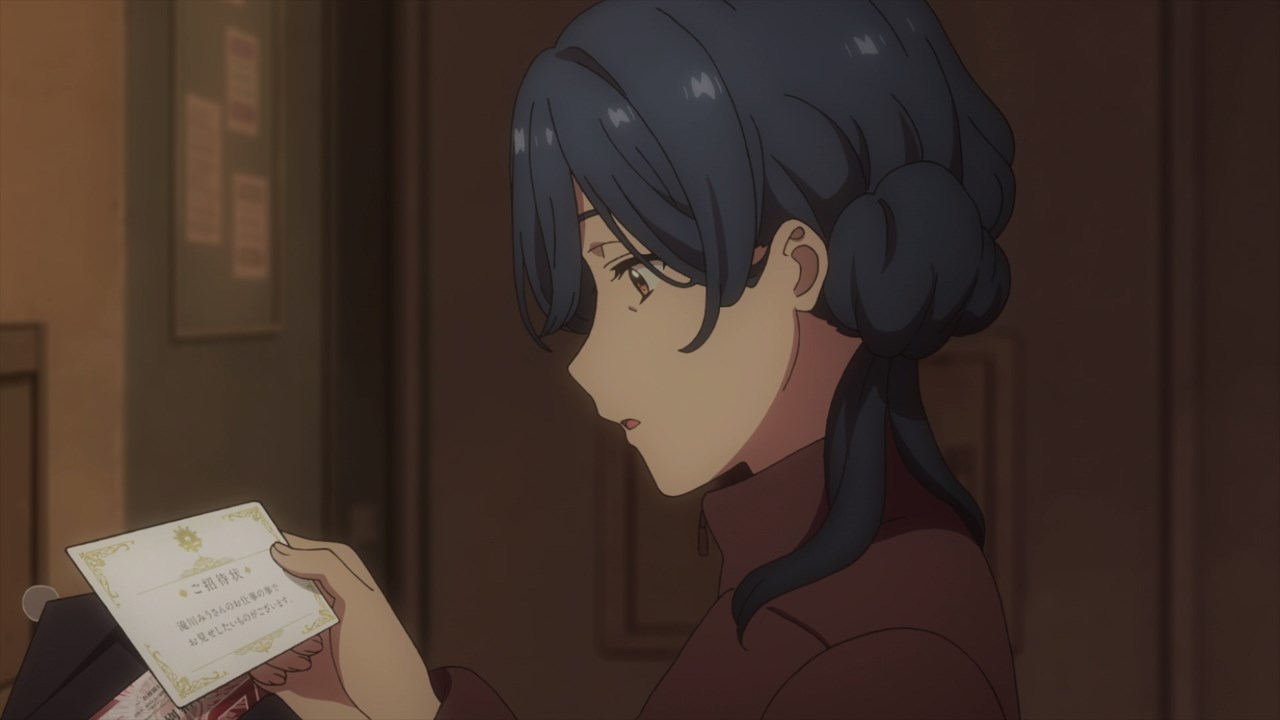 One last thing, looks like Miu’s mother got invited by Production GIP as they want her to see Miu’s progress as an idol. I have a feeling that it won’t go well!

But anyways, I’ll see you on the next episode as I can’t wait to see what’s next for 22/7!