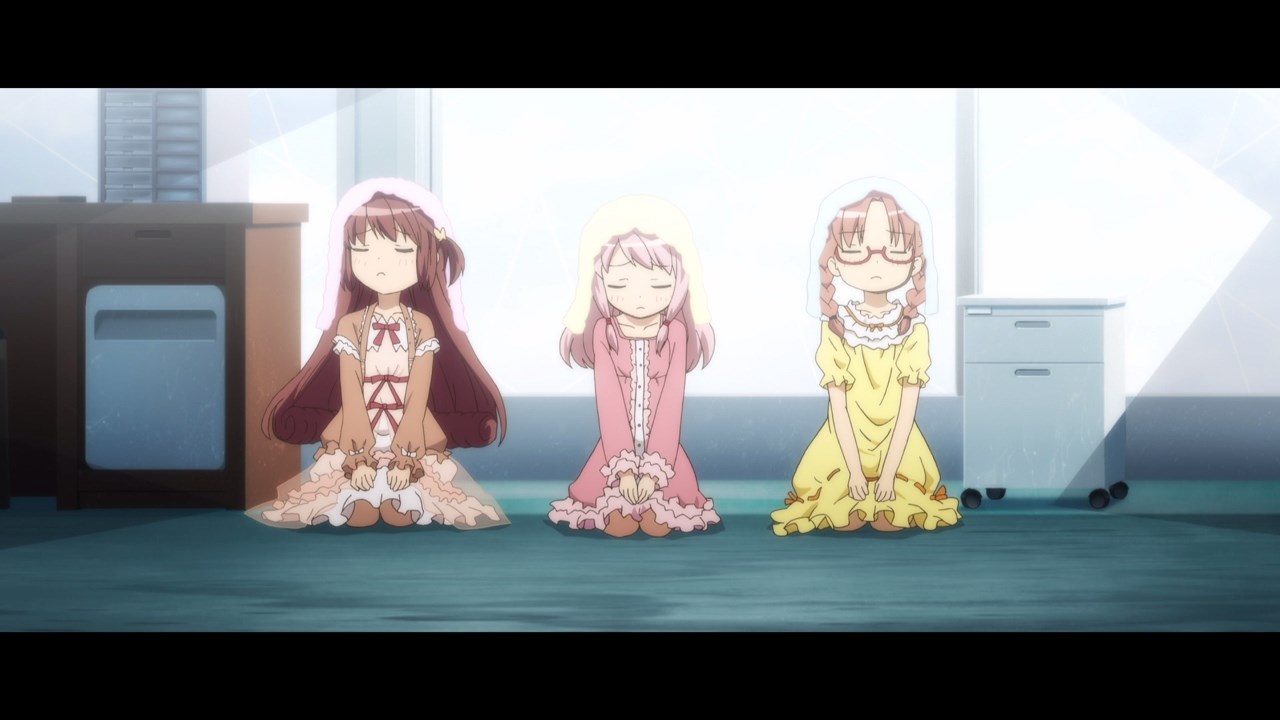 Well then, this is one interesting information right here as Ui Tamaki has friends during her admission at Satomi Medical Center.

Anyways, let me introduce you to Touka as she sits on Ui’s right side, while on the left we have Nemu. Both of them don’t like each other and I’m not sure if they’re still admitted to the hospital at Kamihama City. 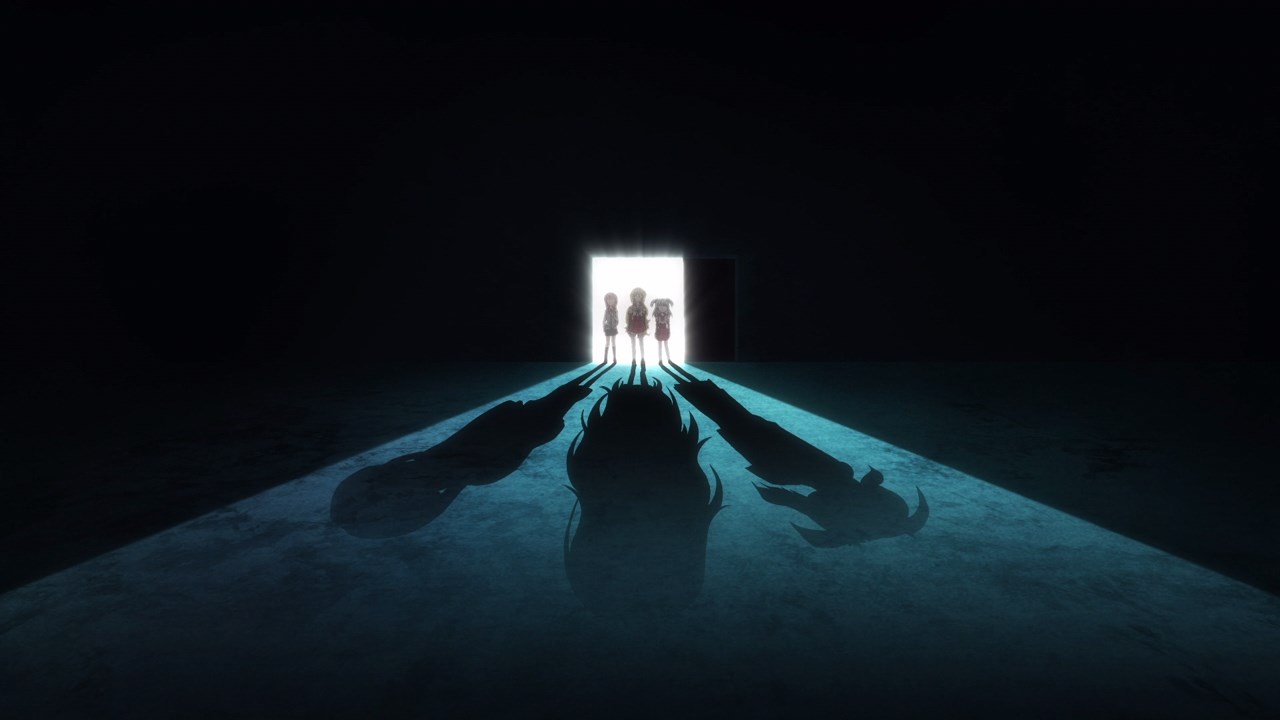 Since Iroha Tamaki is in Kamihama City, she’s still finding her sister’s whereabouts. But first, time to visit an important person together with Momoko Togame and Rena Minami. 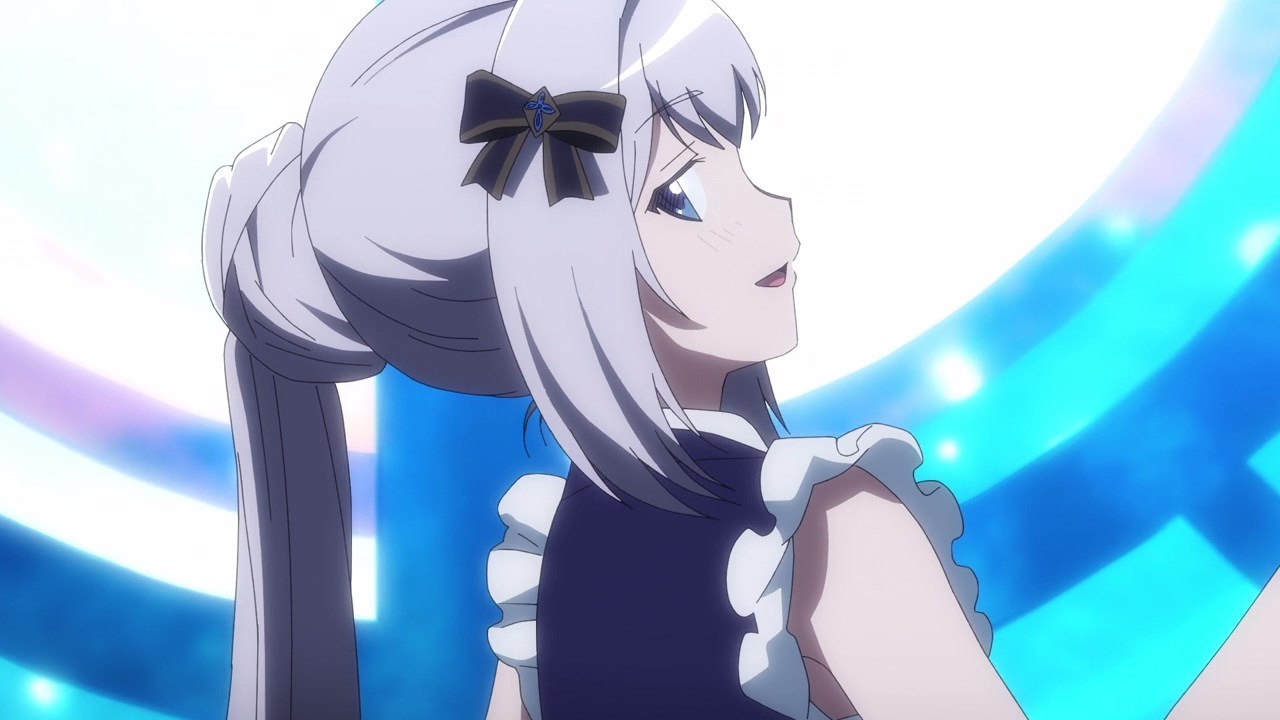 Anyways, this is the Coordinator named Mitama Yakumo where she heals and tunes various magical girls to make them stronger. Of course, Iroha is not here for a tune-up… 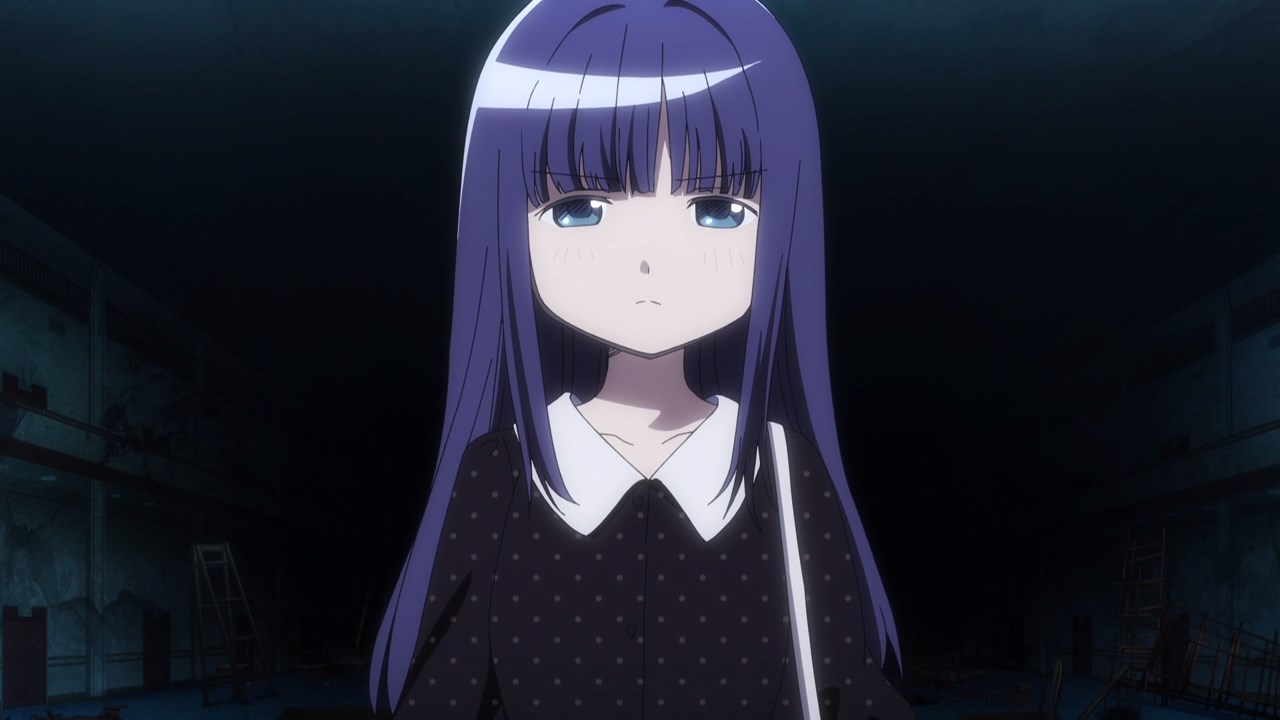 That’s because Momoko and Rena are meeting Yachiyo Nanami. Y’know, one of the strongest magical girls who told Iroha not to visit Kamihama City. 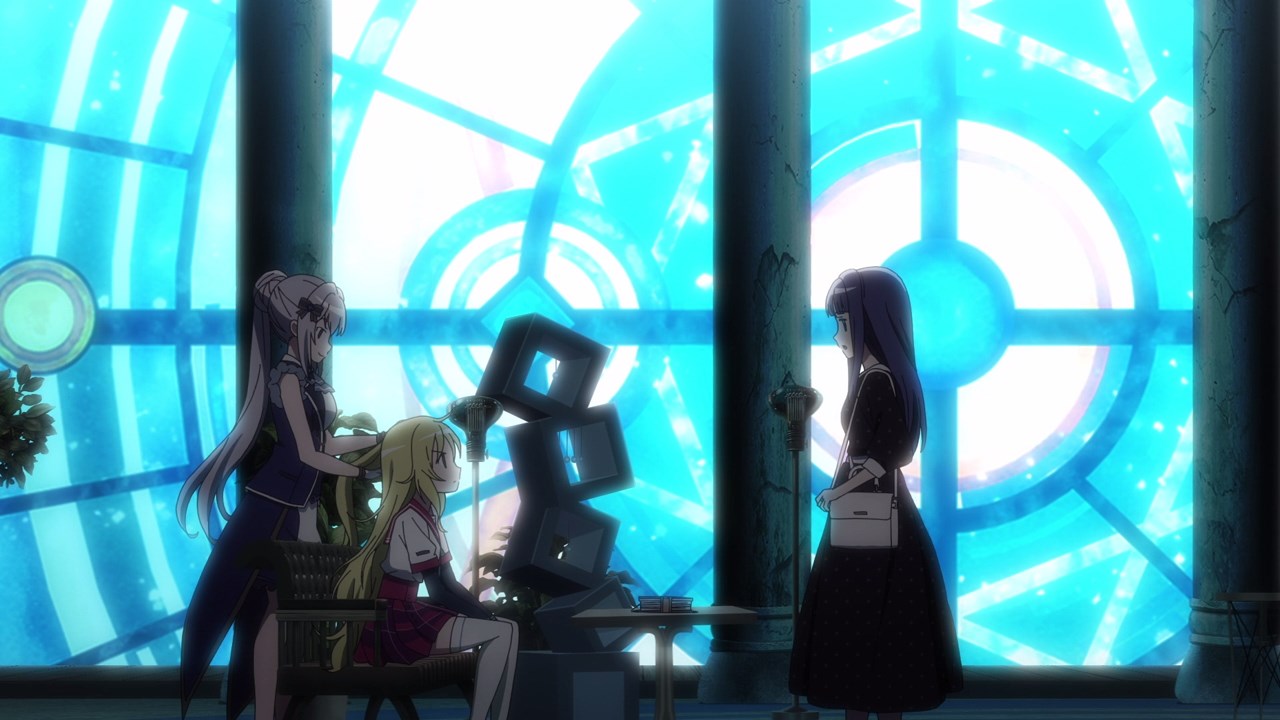 In any case, they asked Yachiyo for help because their friend Kaede Akino got captured by the Chain Witch thanks to the Friendship Ending Staircase.

Oh, so it seems that Kaede is alive instead of being dead in the previous episode. I thought that this show will have a casualty faster than Mami Tomoe back in the original series. 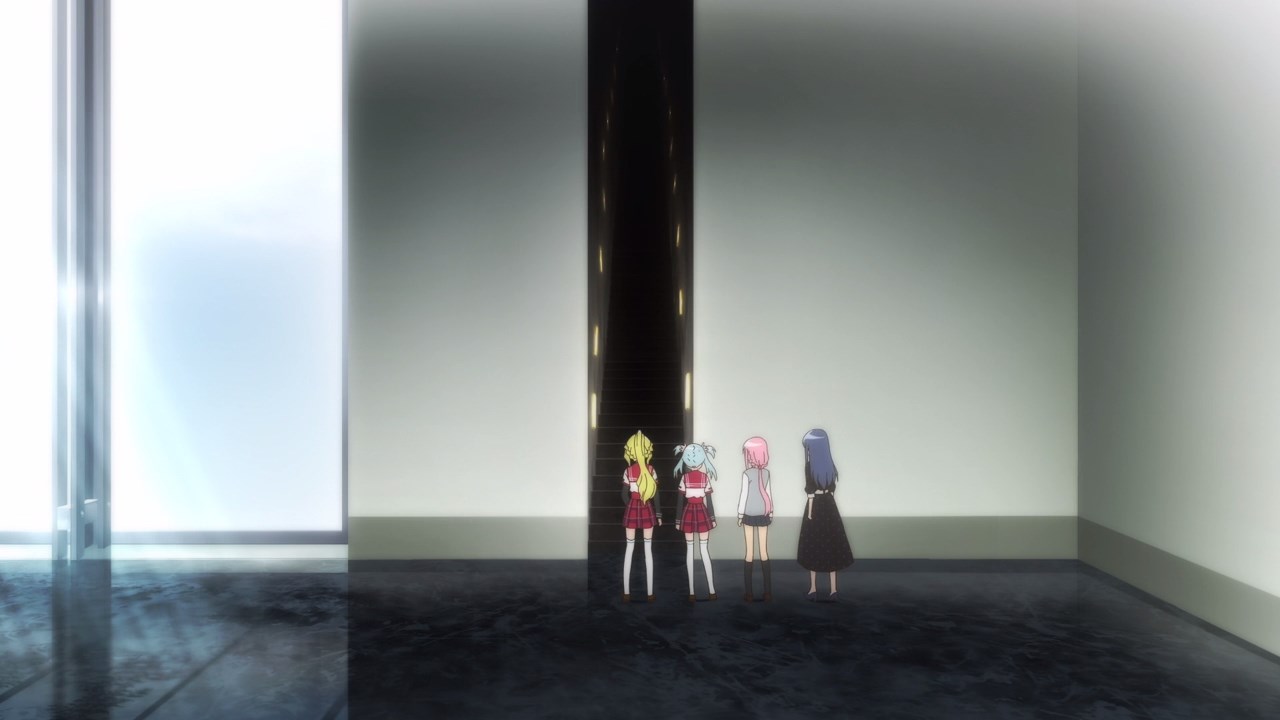 Now then, Yachiyo accepted Momoko and Rena’s plea for assistance as they went to the Friendship Ending Staircase. Of course, going to that infamous staircase alone is not enough for that Chain Witch to appear. 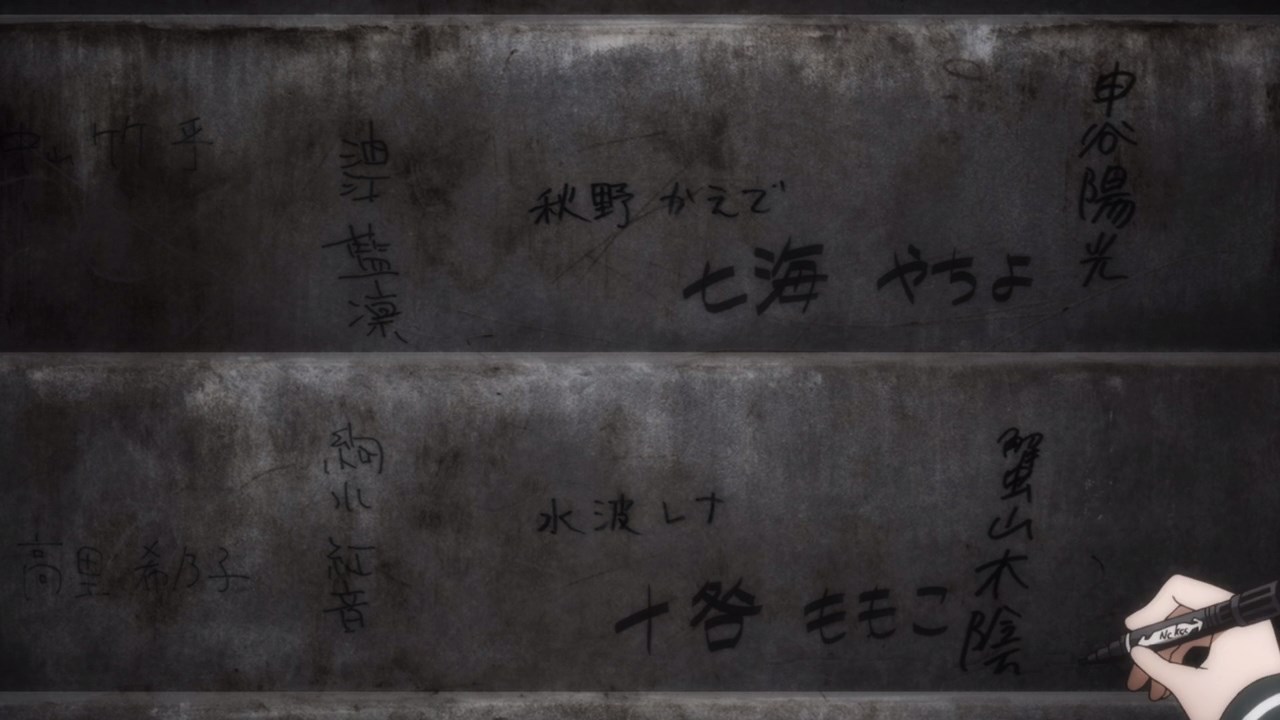 So, they write their names on the sixth and seventh steps in order for this rumor to work. But if it doesn’t work, there’s one thing that they should do… 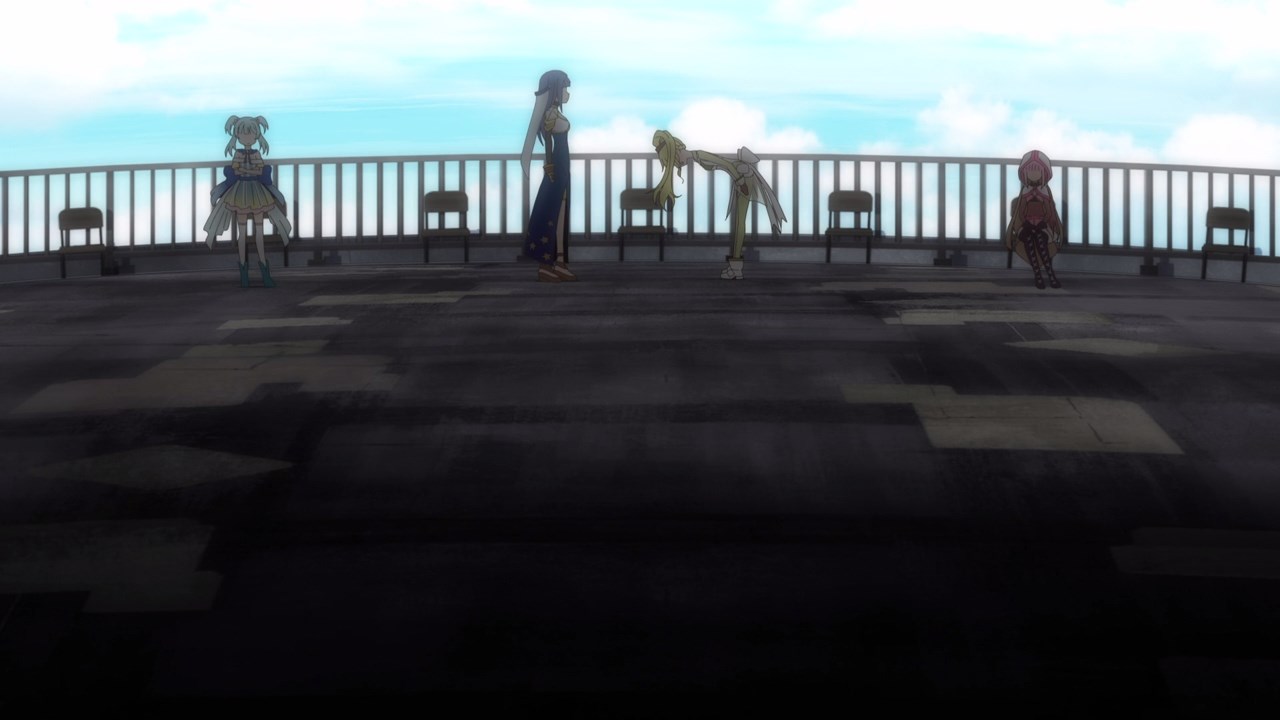 And that’s make an apology. Even then, it doesn’t work no matter how sincere their apology is. What’s going on? 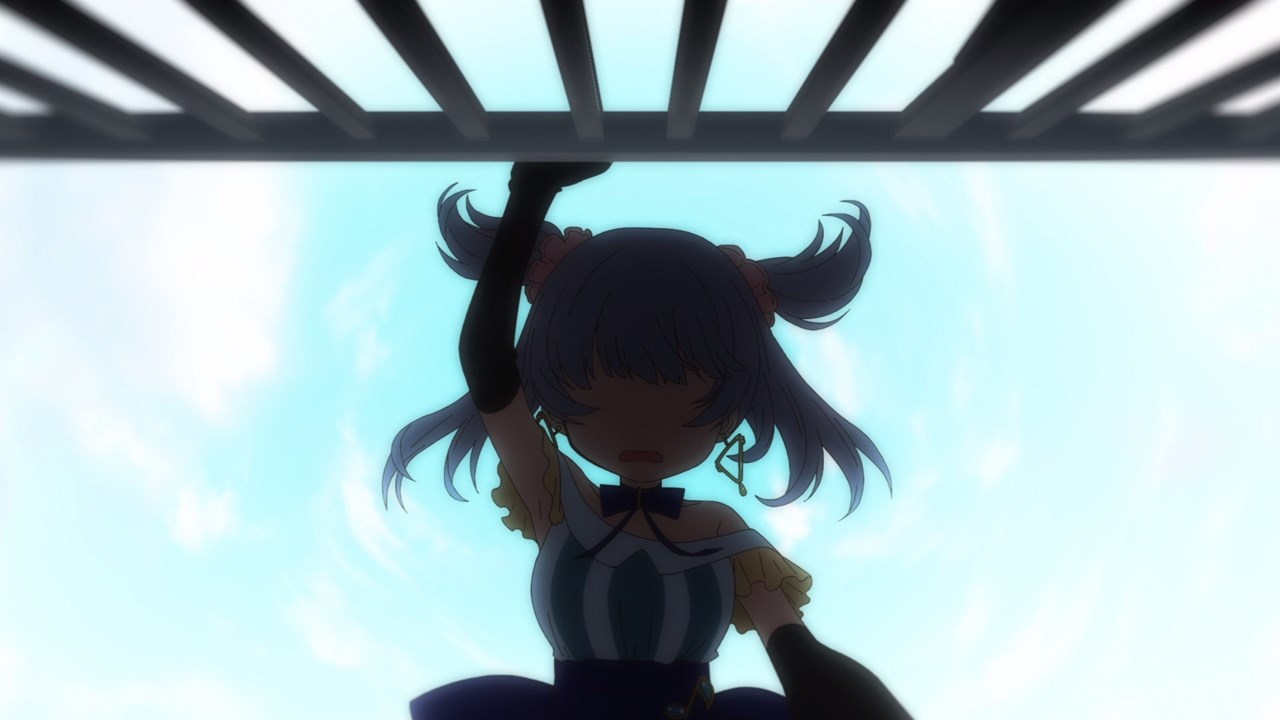 Well, turns out that it’s all linked to Rena Minami where it’s revealed that she doesn’t consider Kaede Akino as a friend, therefore Rena wrote her name at the Friendship Ending Staircase because she really hates Kaede for being a crybaby. And here’s the thing though because it turns out that Rena is actually jealous towards Kaede because she’s being protected by her only true friend Momoko.

Oh and you think that she has friendship problems? Well, Rena is one complicated character where she not only loves idols, but also has that arrogant attitude that got her into fights with other girls. Heck, Rena has a shape-shifting ability to pose as another person in order to instigate others. But despite her changing appearance, Rena’s heart remained the same and that’s why she got into fights with the likes of Kaede. 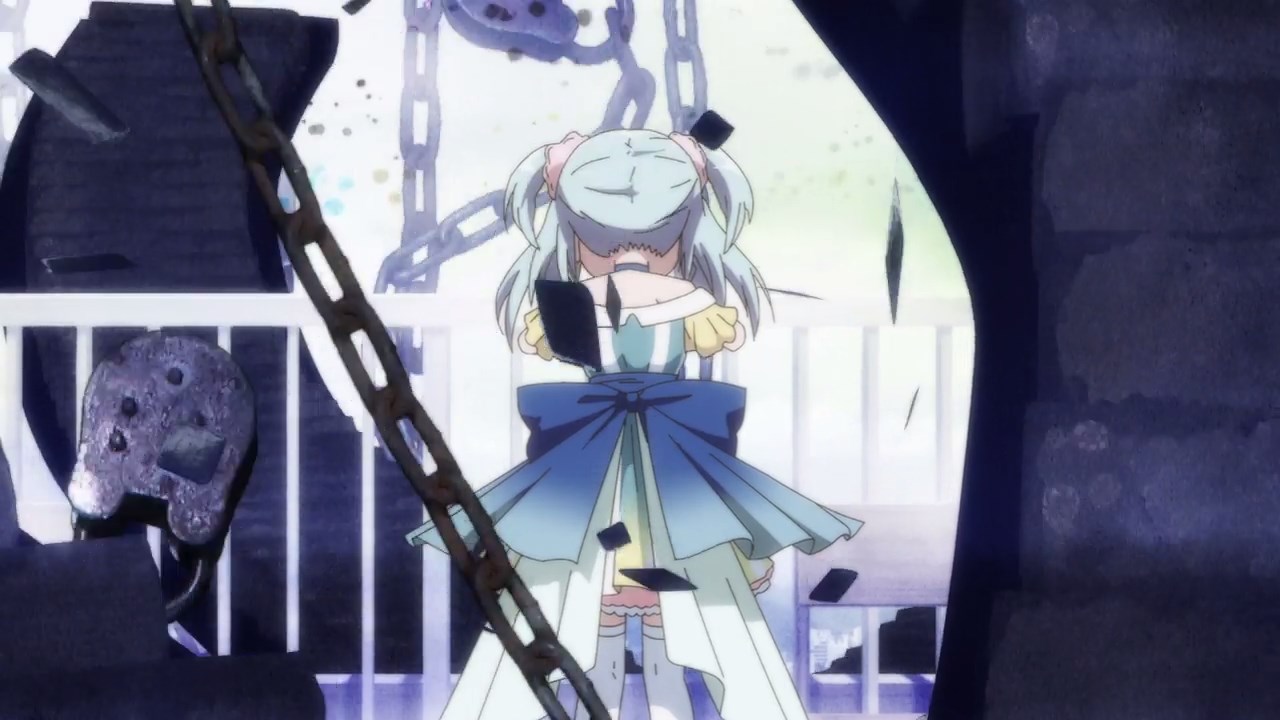 Suddenly, it appears that Rena Minami got swallowed up by the Chain Witch and it’s not happy seeing Rena acting contempt while attempting to apologize to Kaede Akino. 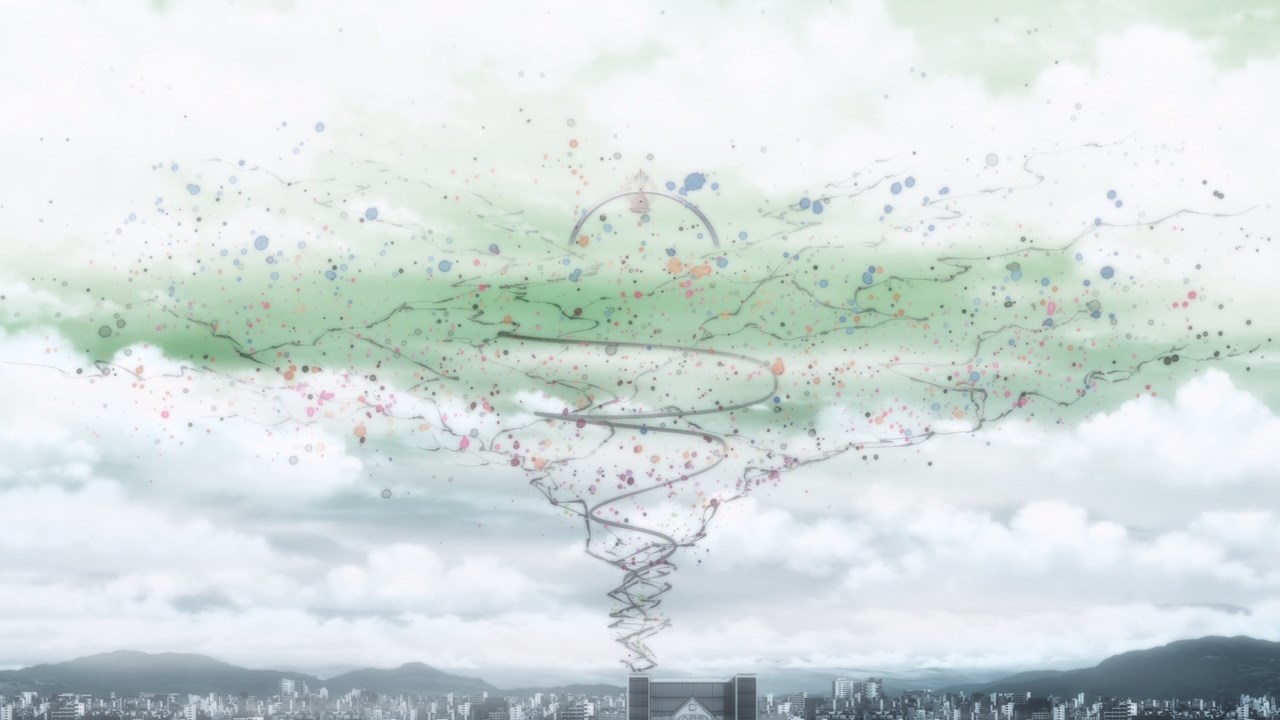 Not only that, but the Chain Witch created this giant tree that swallowed everybody, not just Rena. In any case, looks like those girls are doomed! 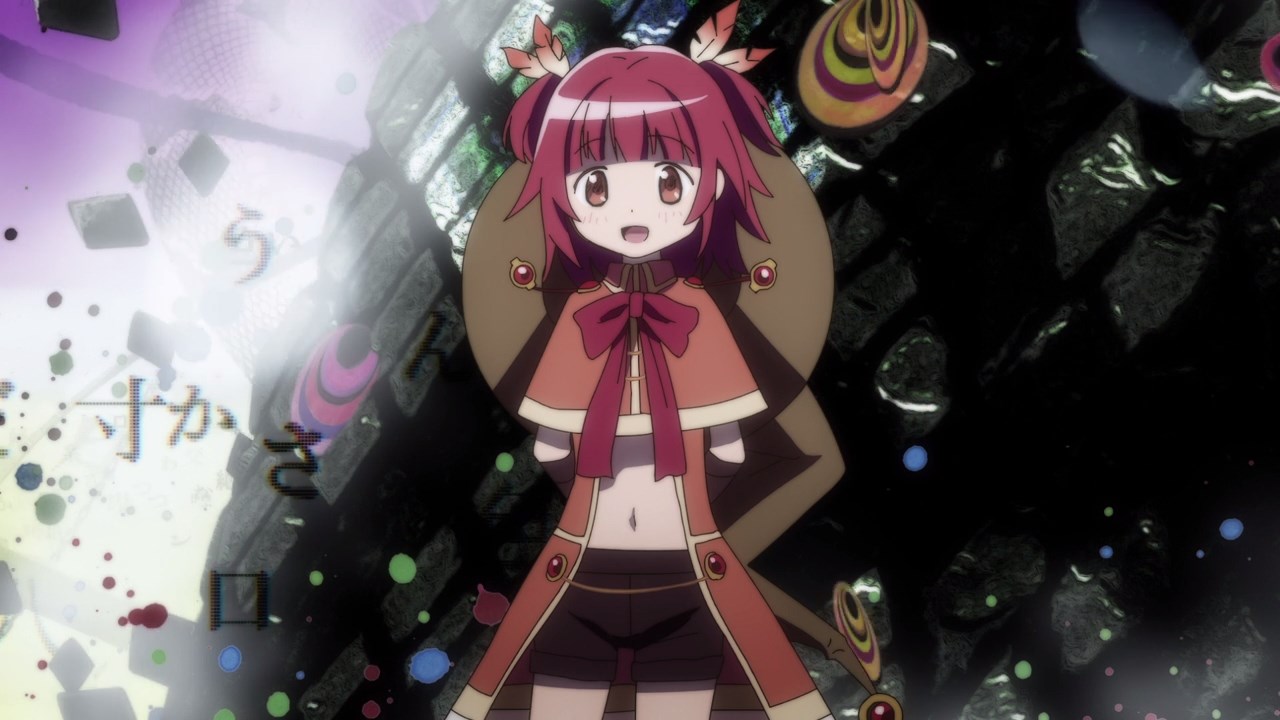 Actually, turns out that they’re alive as the magical girls finally saw Kaede Akino, still breathing inside this dimension instead of being a ghost. 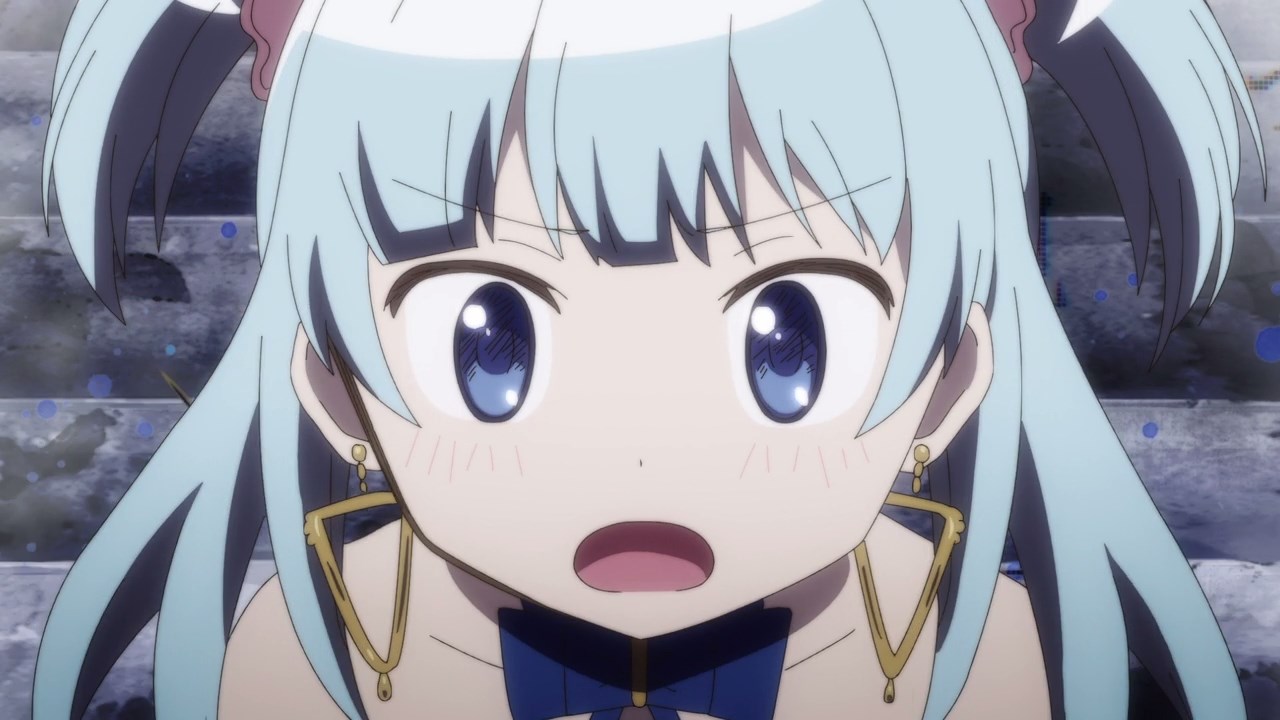 For Rena Minami, she can’t believe that Kaede is alive even after Rena wrote her name at the Friendship Ending Staircase. Right now, they need to deal with the Chain Witch first. 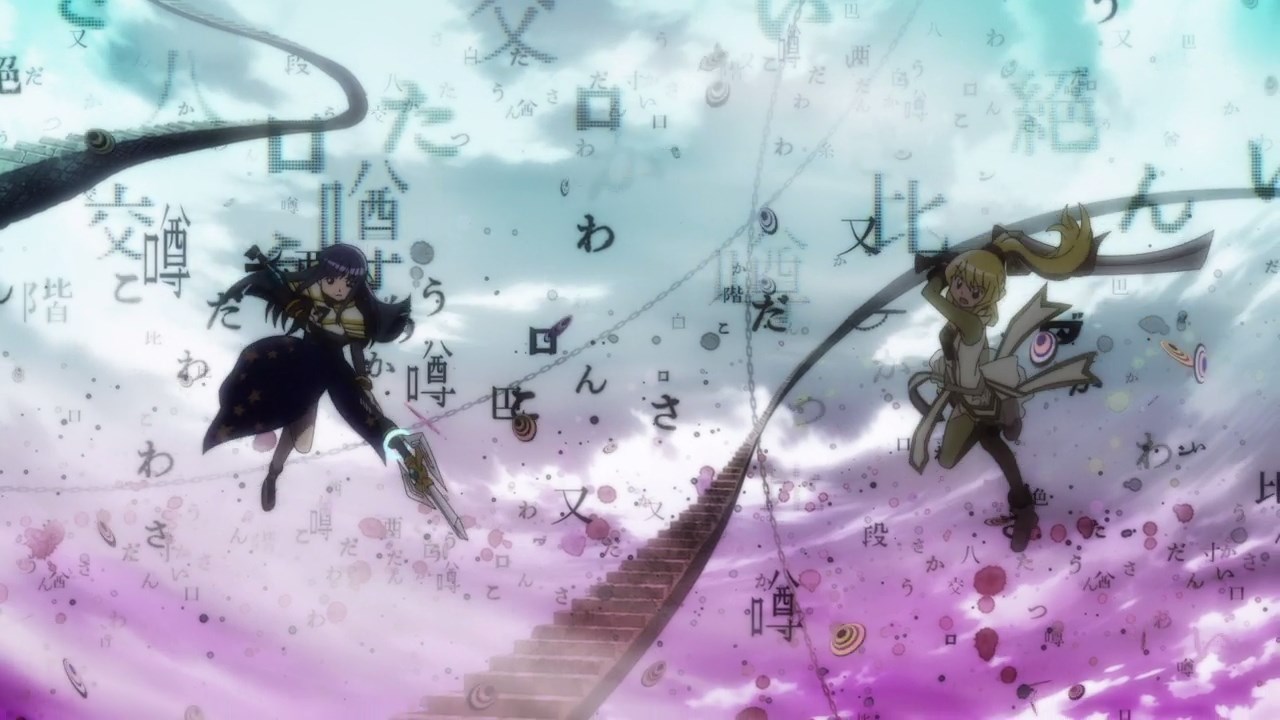 Of course, both Yachiyo Nanami and Momoko Togame will destroy the Chain Witch… 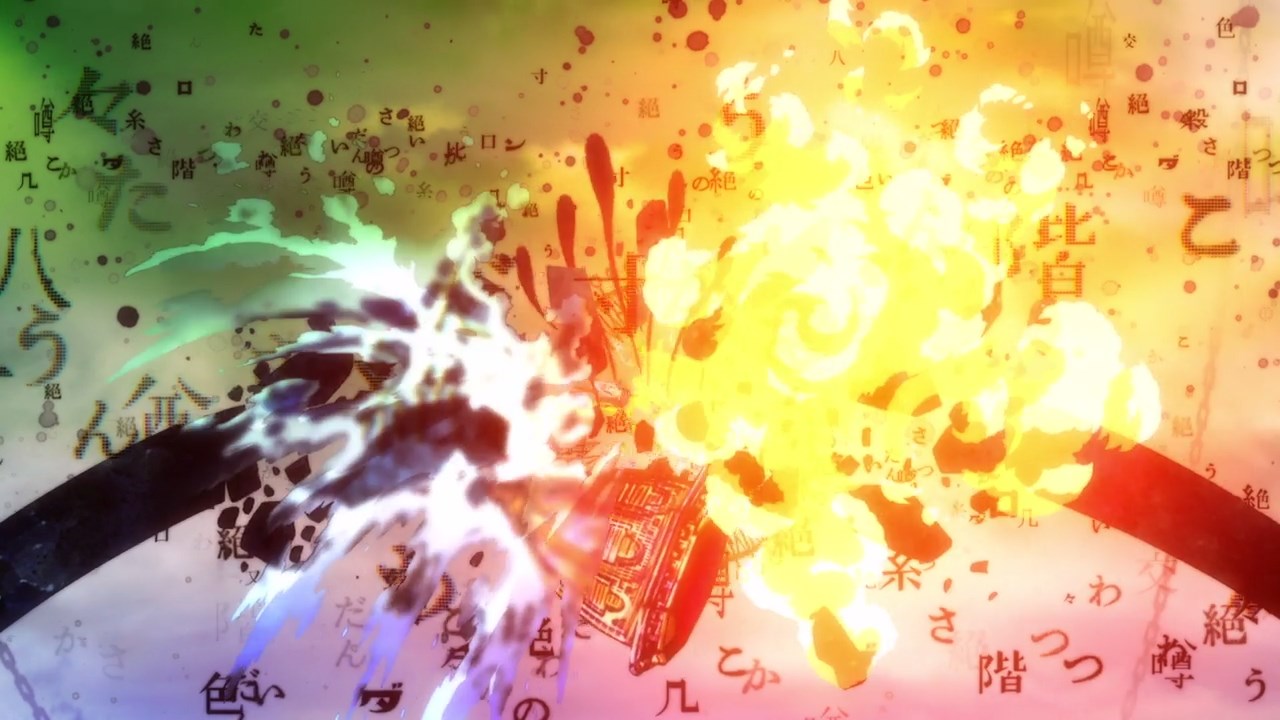 …as it takes the form of a bell. Hm, this thing doesn’t have any chains wrapped about it. 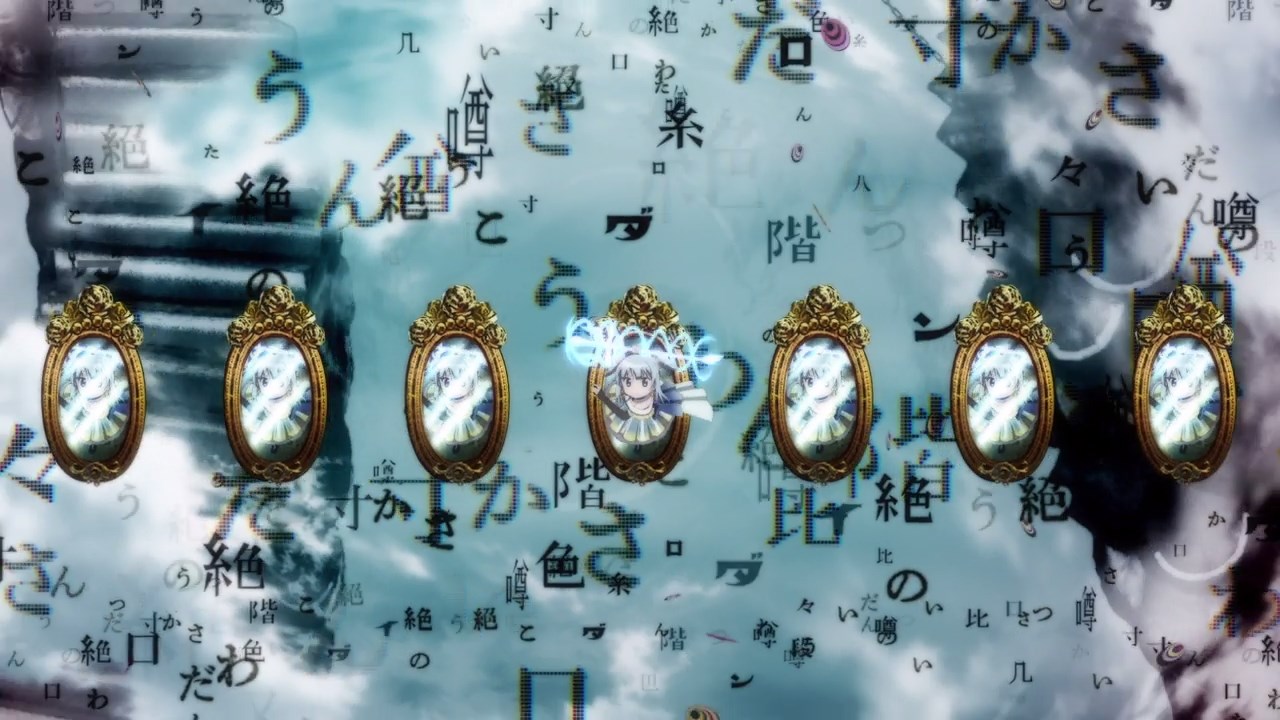 And now, it’s time for Rena Minami to destroy the Chain Witch once and for all as she unleashes her ultimate attack. 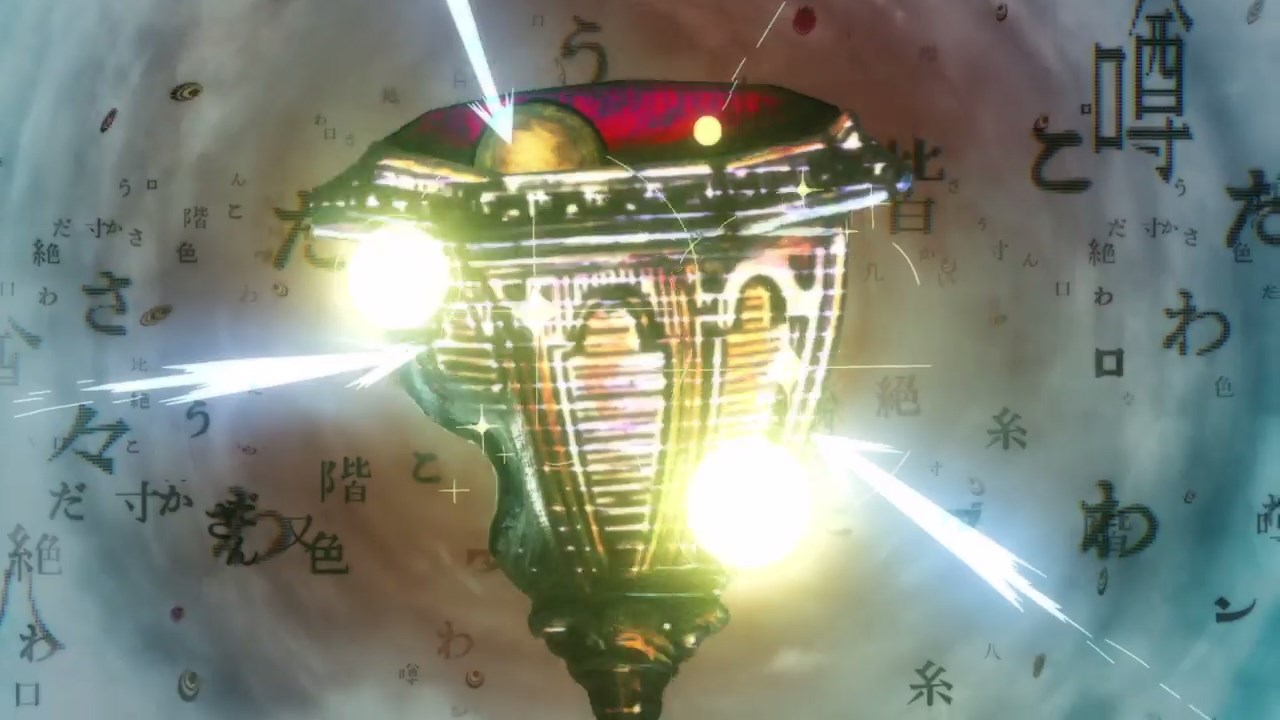 And as you can see, this Chain Witch took lots of damage until it’s completely destroyed.

Well then, looks like the magical girls have finally defeated the witch as they returned to Kamihama City along with Kaede Akino. 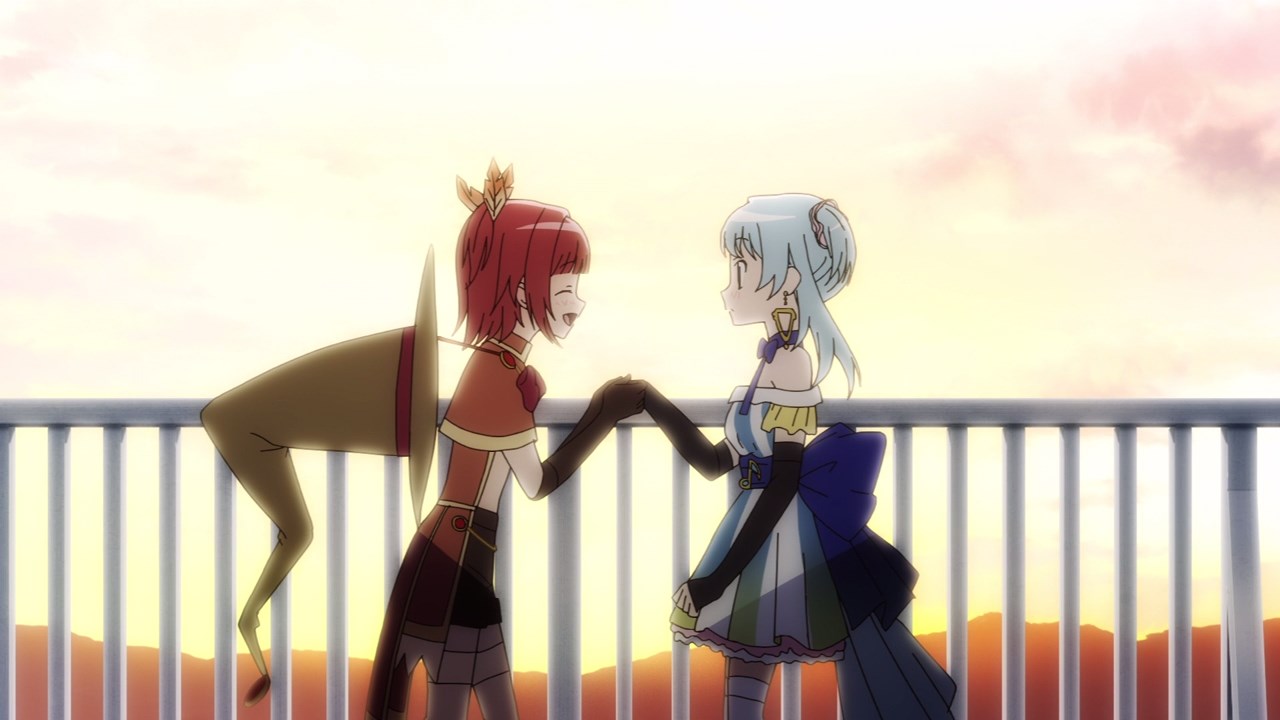 On the other hand, here’s Kaede where she still wants to befriend Rena even though she doesn’t like it.

Okay Rena, I think the reason why you hate Kaede is because you’re acting tsundere towards her! 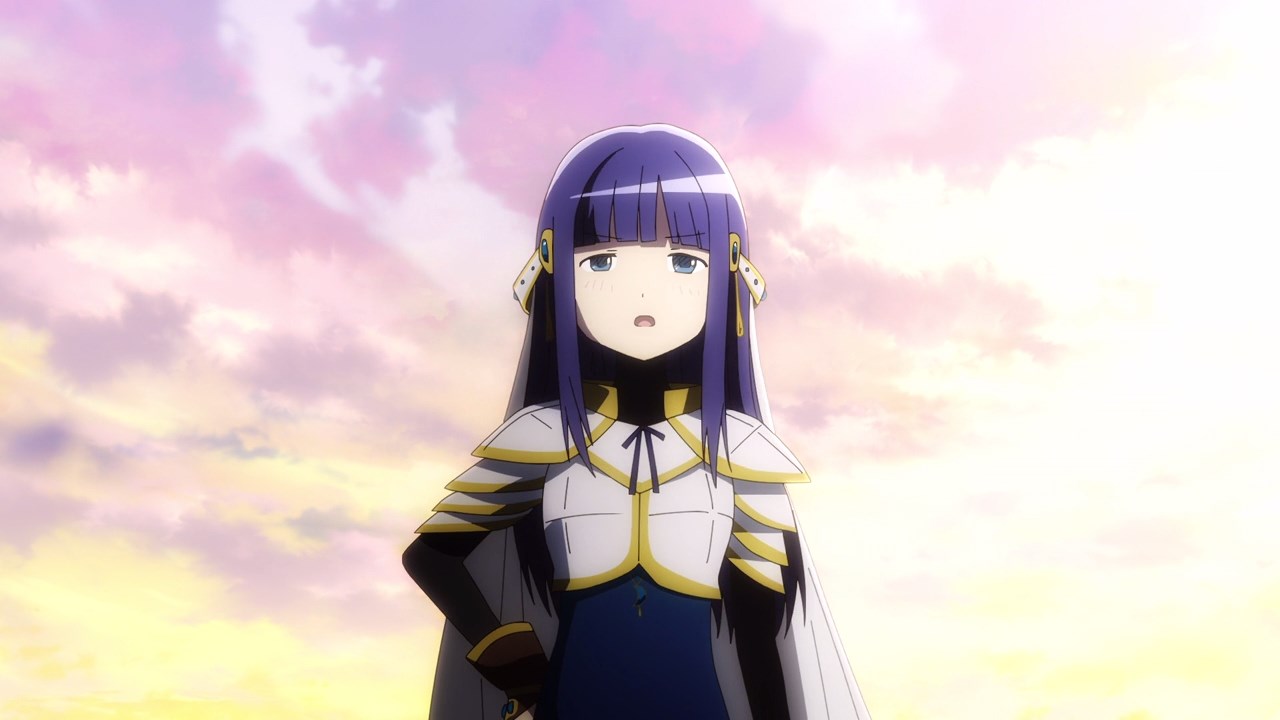 Meanwhile, Yachiyo told the rest that there’s no Grief Seed upon defeating the Chain Witch, meaning that the real one is hiding somewhere. 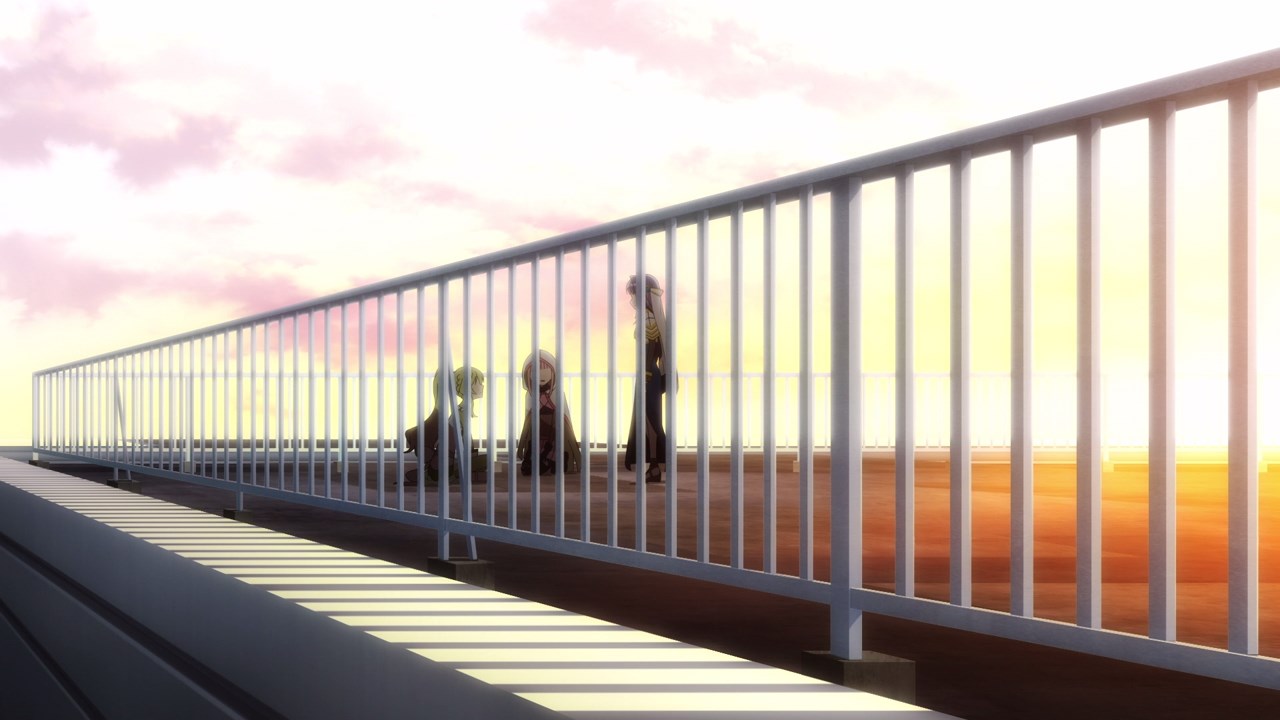 But yeah, what they deal with is a fake witch which doesn’t have a Grief Seed. Also, remember that Grief Seeds are important as they purify their Soul Gems, otherwise they turn into witches. 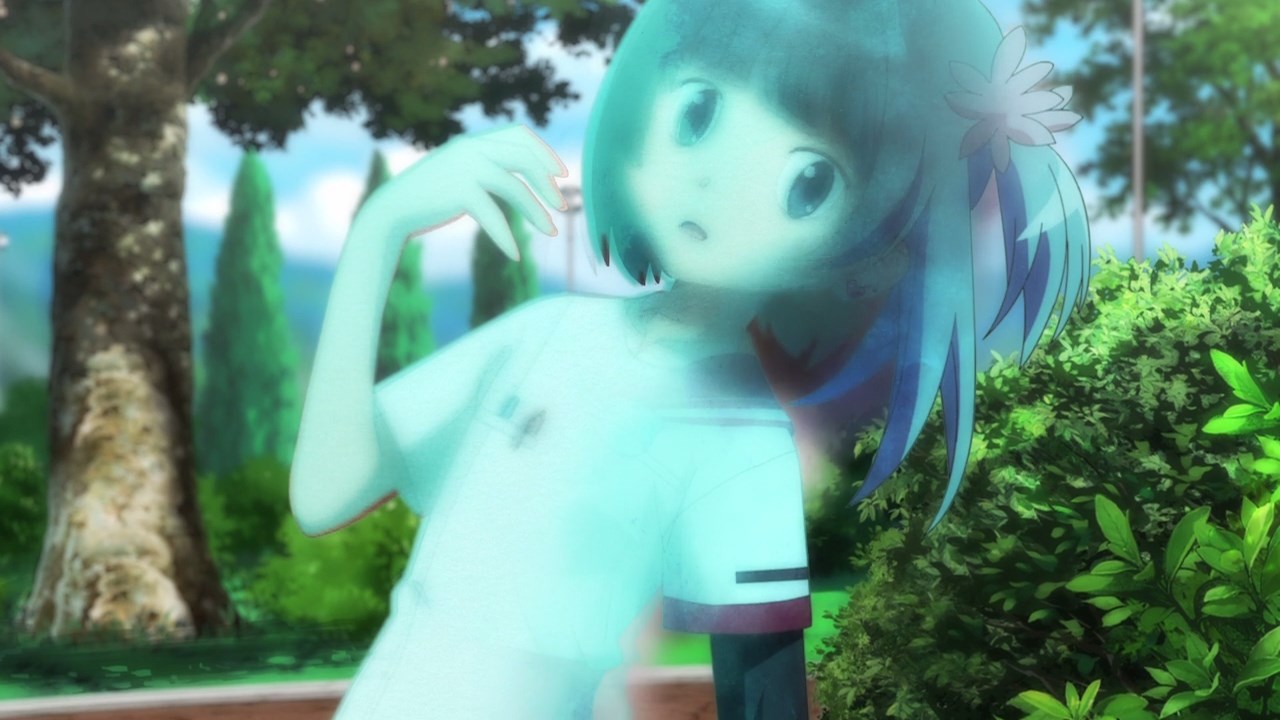 The next day, Rena Minami went to Satomi Medical Center as a nurse and told Iroha Tamaki that Ui’s friends Nemu and Touka are already discharged.

That’s unfortunate because they’re the only clue on finding Iroha’s little sister. 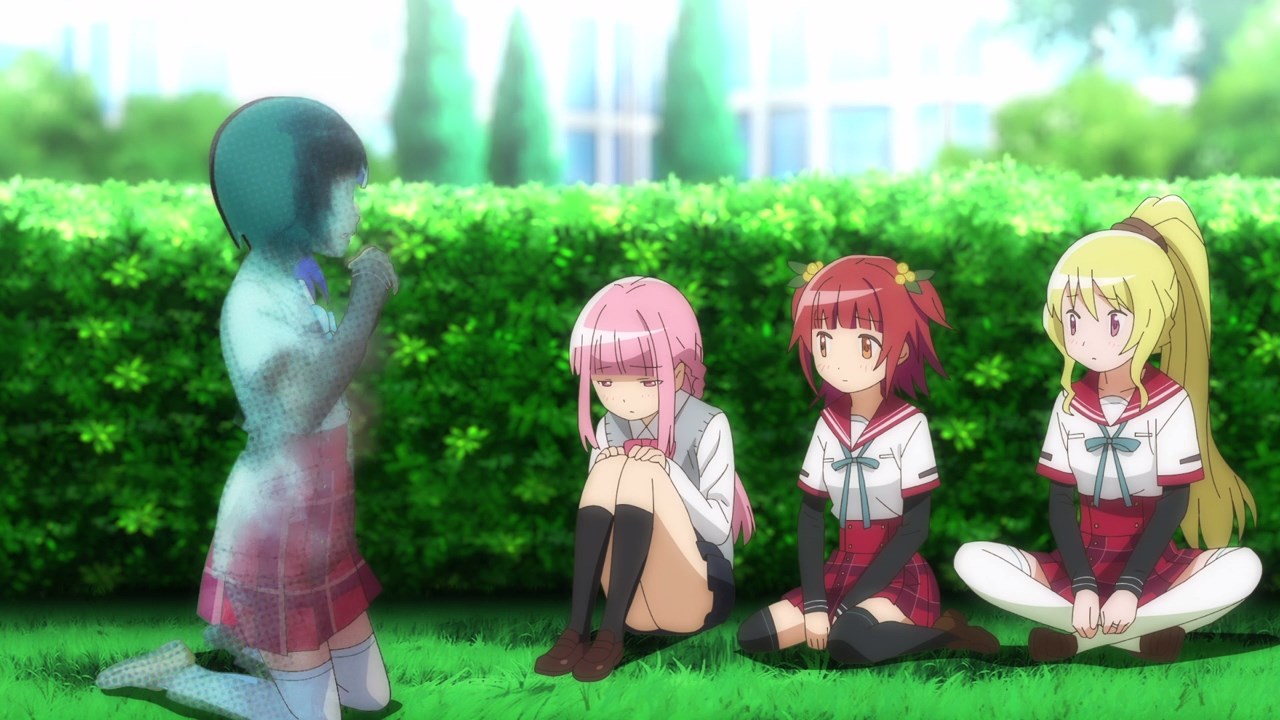 Anyways, looks like Iroha Tamaki is having a hard time finding her sister in Kamihama City. Not only that, but things are starting to get worse in future episodes.

On the plus side though, there’s no confirmed death so far but let’s not forget about the time Mami Tomoe got the chomp in Episode 3 of the original series. 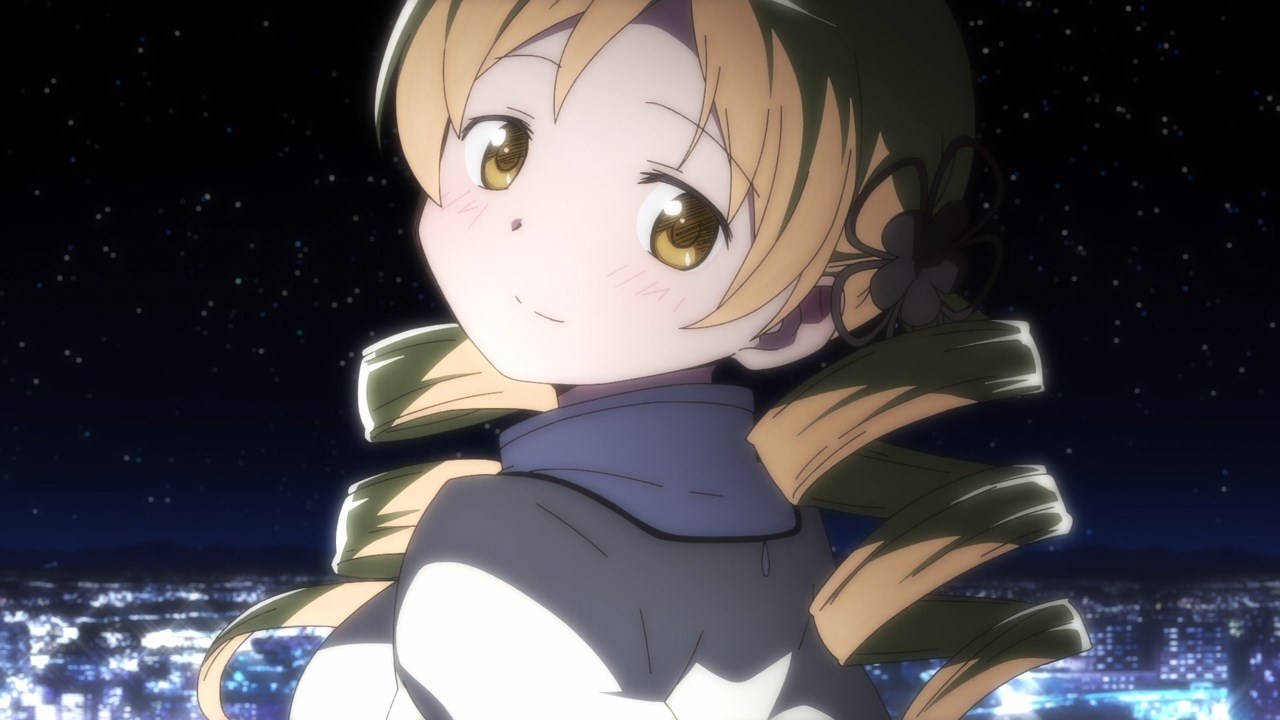 Speaking of Mami, she’s alive and well, but I doubt it’ll last though because I’m scared about Tomoe getting the chomp by Charlotte for the second time. With that said, I’ll see you next time!