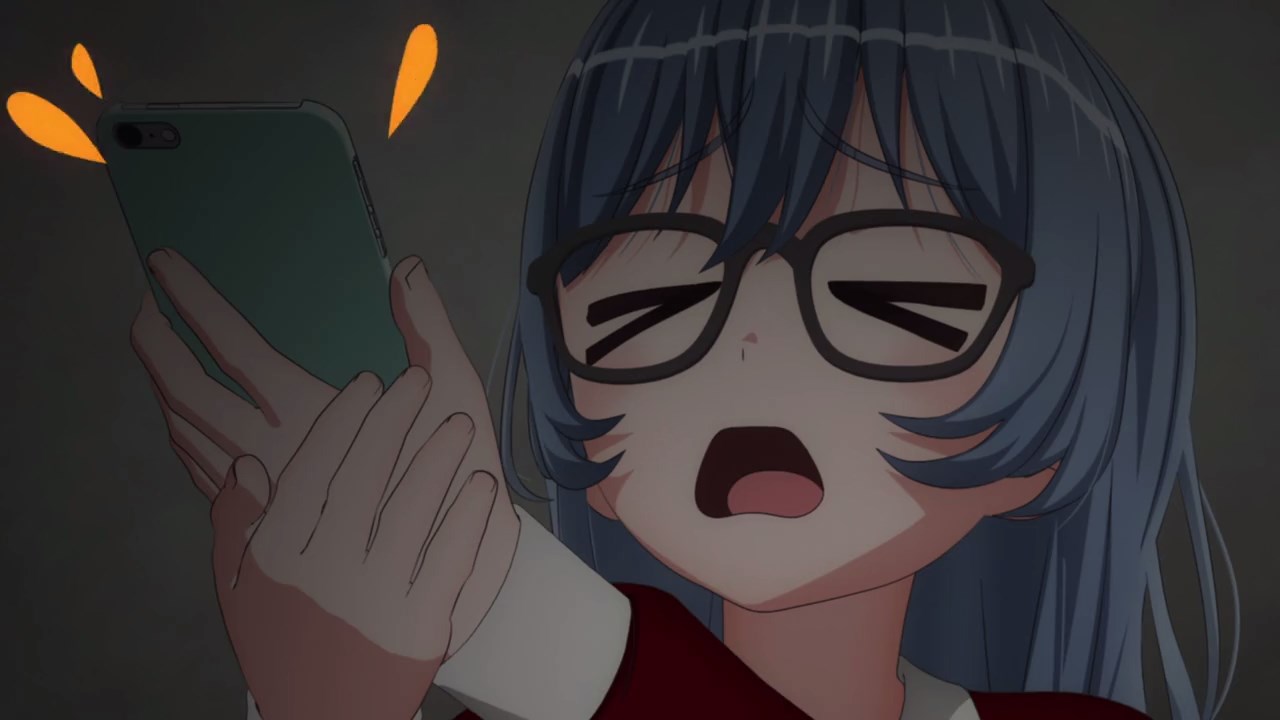 It’s time for Rokka Asahi’s first day as RAISE A SUILEN’s temporary guitarist. And honestly though, things are gonna get hectic for her as Chu2 tells Rokka via her cellphone to get into the penthouse at once! 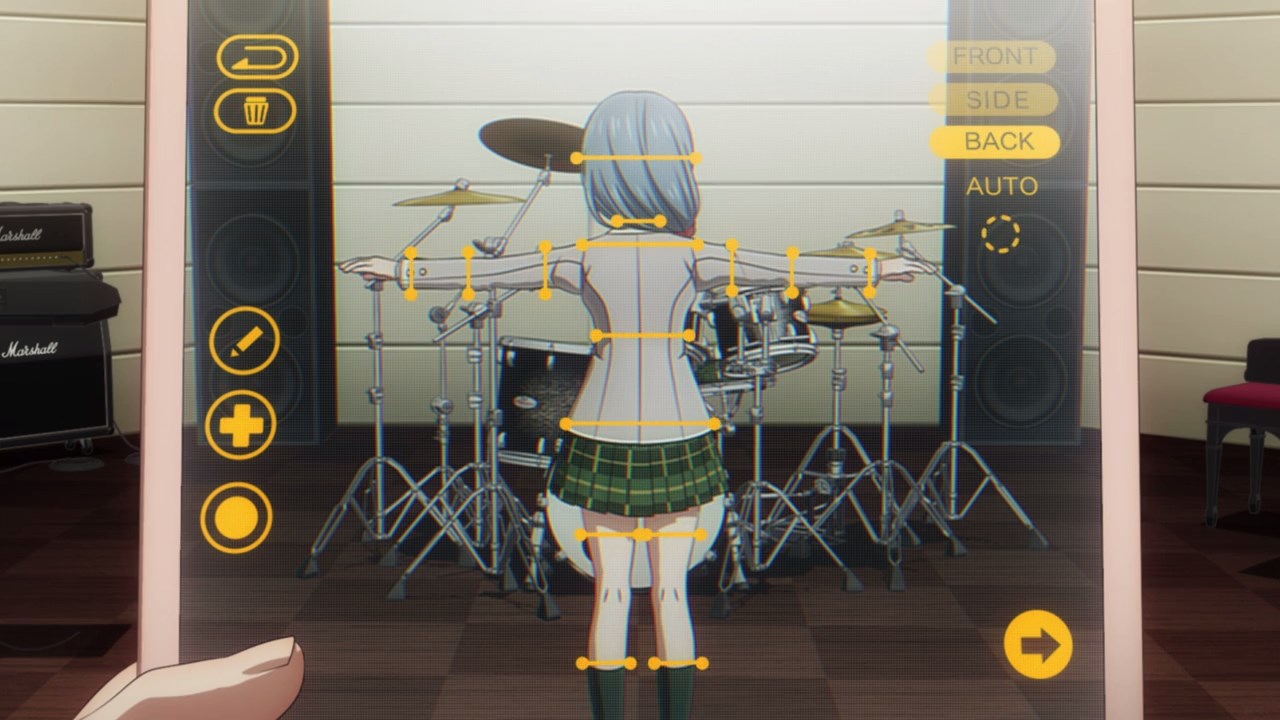 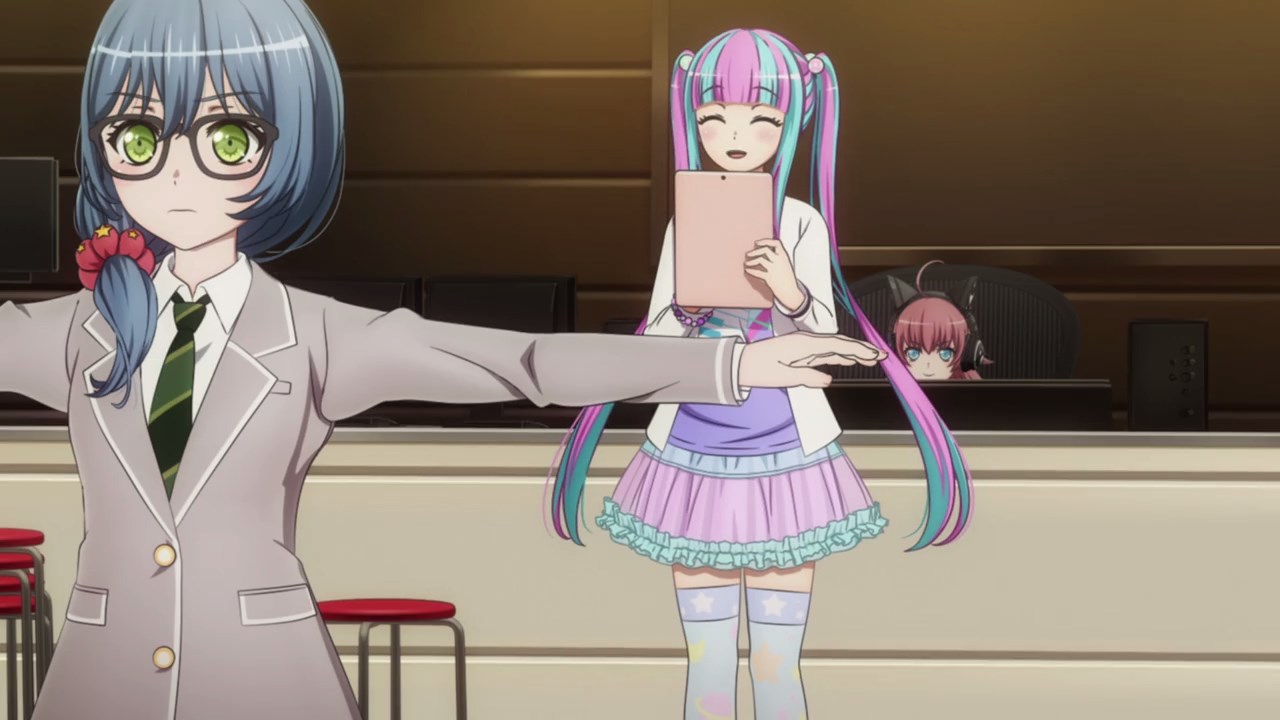 Anyways, her first day of work involves having Pareo measuring Rokka’s body via her tablet. Isn’t it great that technology has evolved where computers can measure a person’s body automatically? 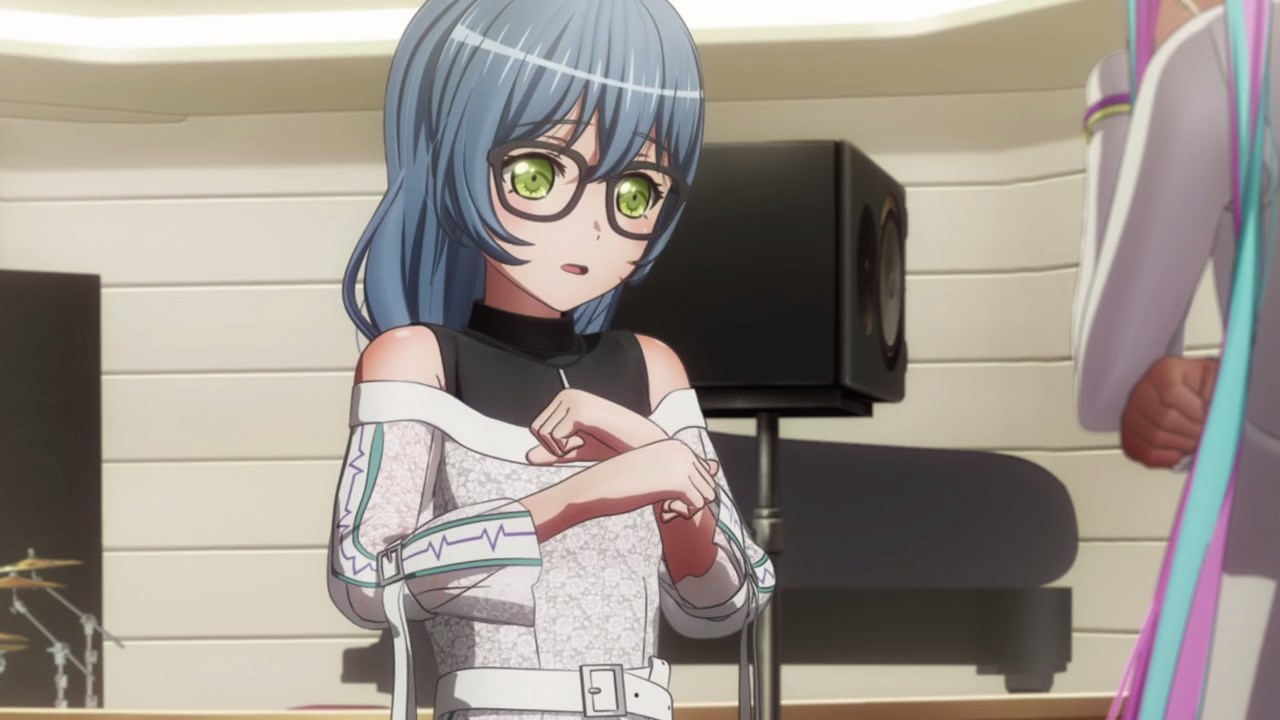 Afterwards, Pareo finished Rokka’s outfit which turned out that it was originally wore by Tae Hanazono. It’s a modification of the original outfit and it fits well for Asahi. 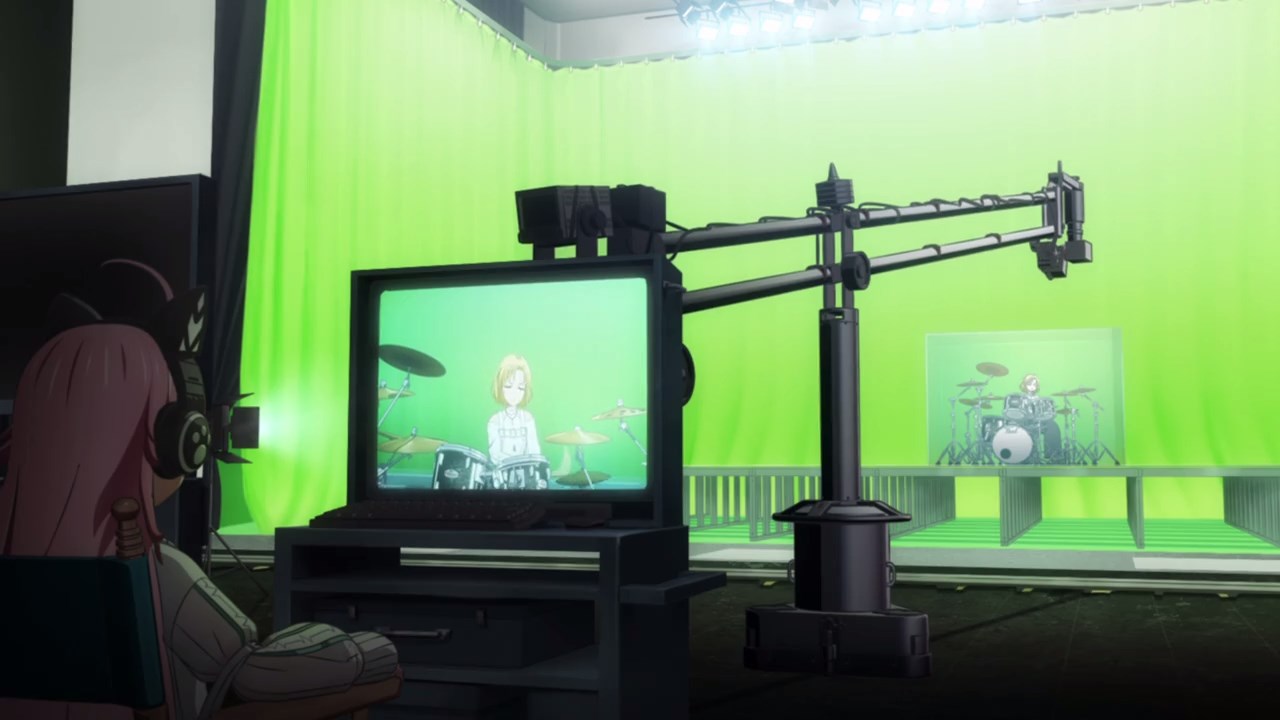 Now then, RAISE A SUILEN went to a film studio where they’ll shoot their first music video.

C’mon, Chu2 can afford this facility as she’s not only a genius, but her parents are involved in the music industry. So yeah, they’ll have lots of fun making it! 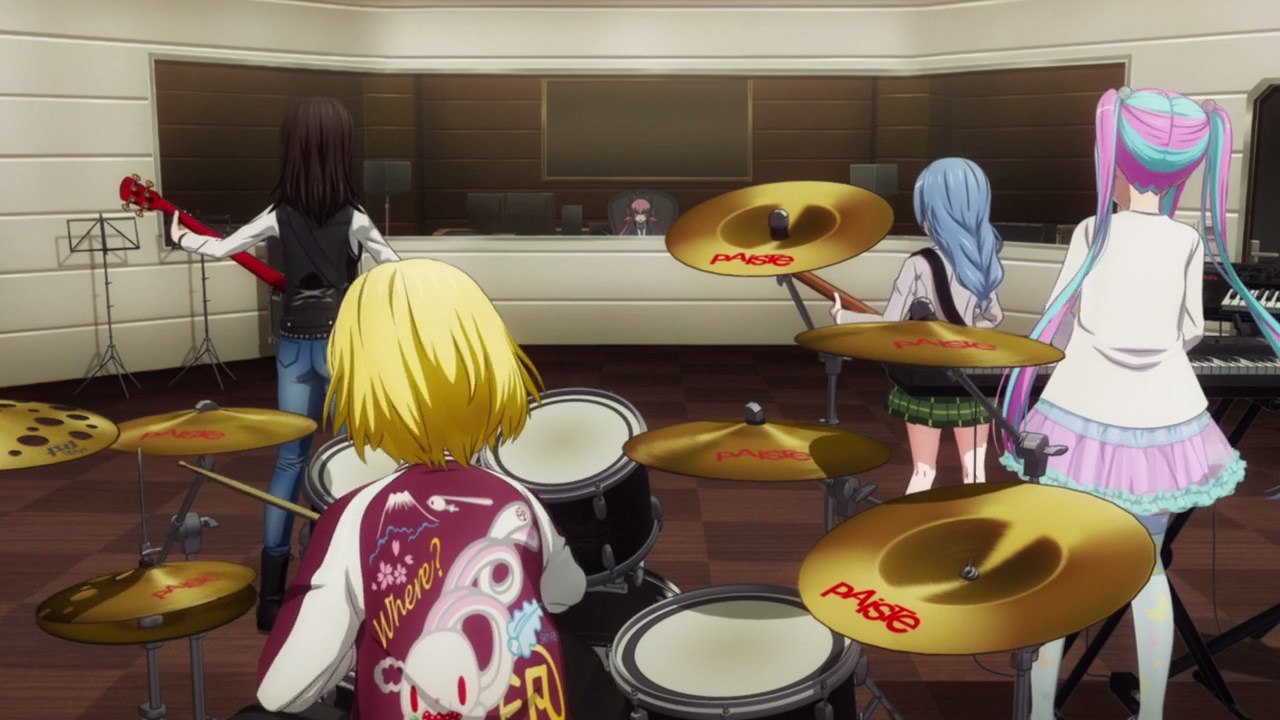 After making their music video, it’s time to head back to Chu2’s penthouse where they record their latest song.

However, it appears that Lock is having trouble getting her groove along with her band-mates that Chu2 decides to call it a day and continue the recording tomorrow. Yeah, looks like Asahi play the guitar up to Chu2’s standards. 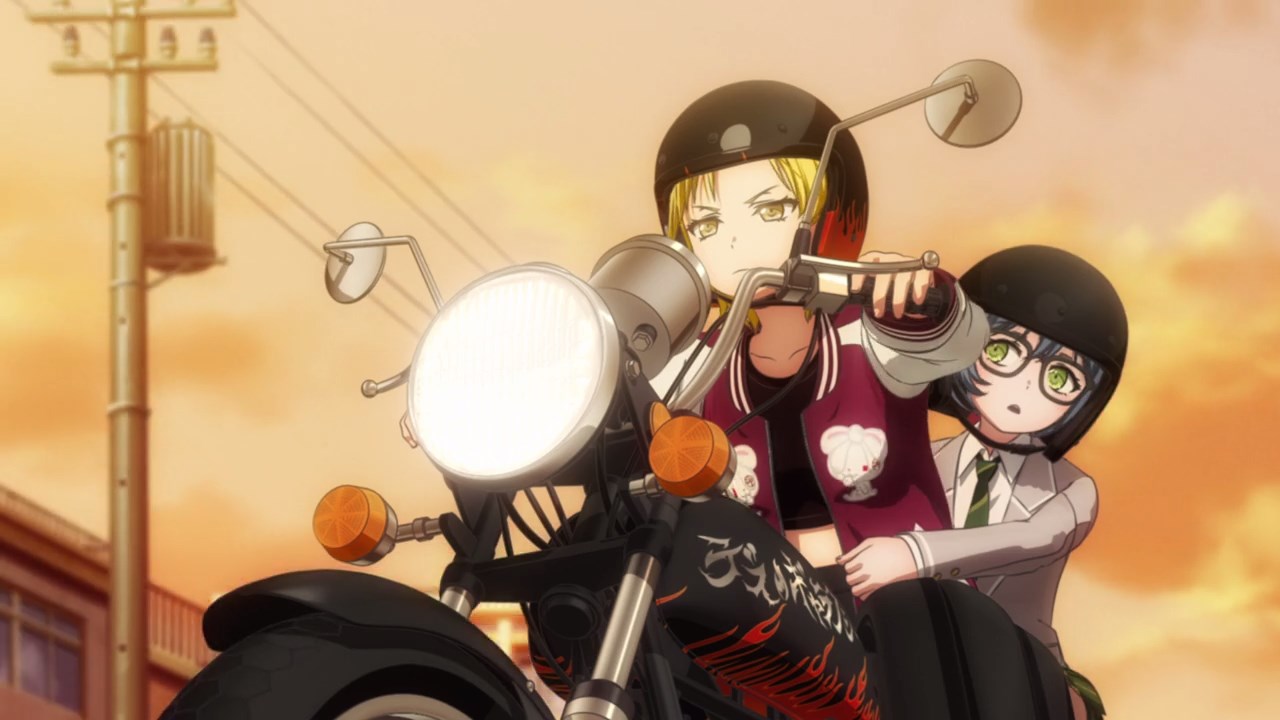 With that said, Masuki Sato decided to take Rokka Asahi for a ride to calm her down. I mean, she can’t play the guitar while being pressured. 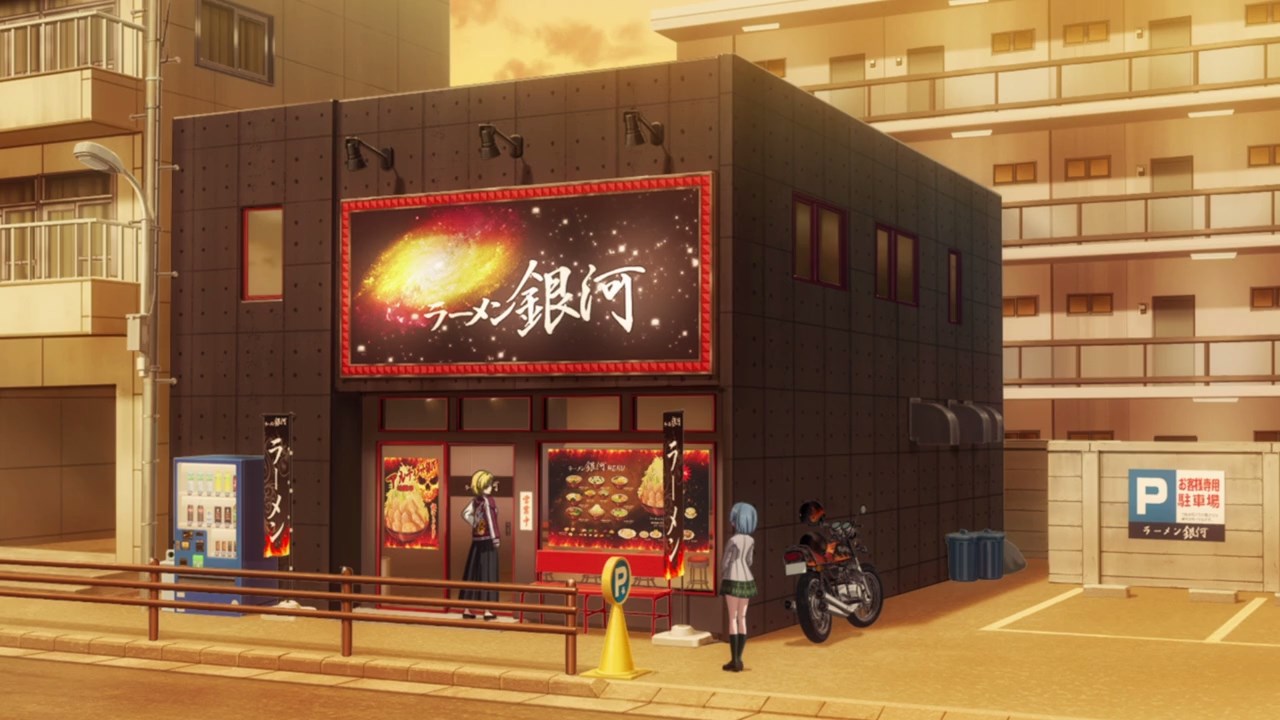 Anyways, Masking took Lock to Ramen Ginga, her favorite ramen restaurant in which the owner is a former rock band member. 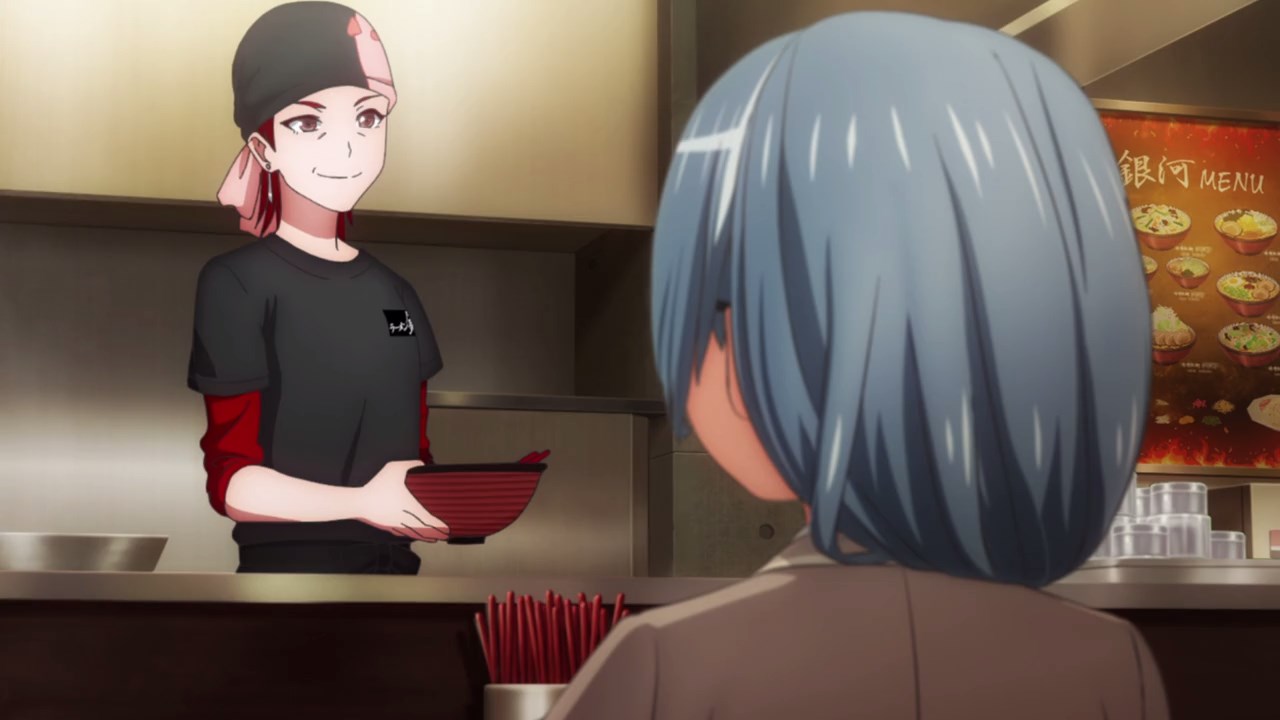 Oh yeah, and this owner has some stories to tell about Masuki as she’s known to many as Mad Dog.

And the reason why Masking is known for that nickname is because she caused trouble for various bands due to her thrash-like drumming skills until Chu2 scouted her. 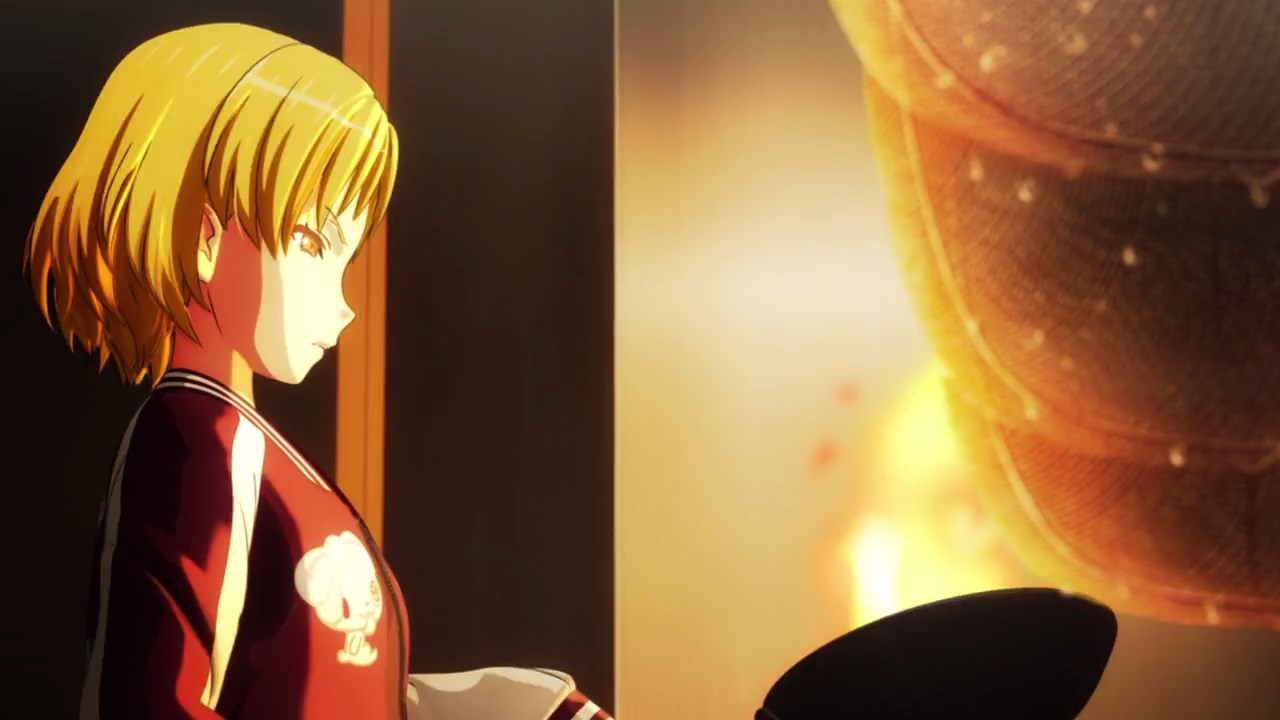 Speaking of Masking, she used to work at Ramen Ginga and as you can see, Masuki can cook food. Isn’t she amazing? 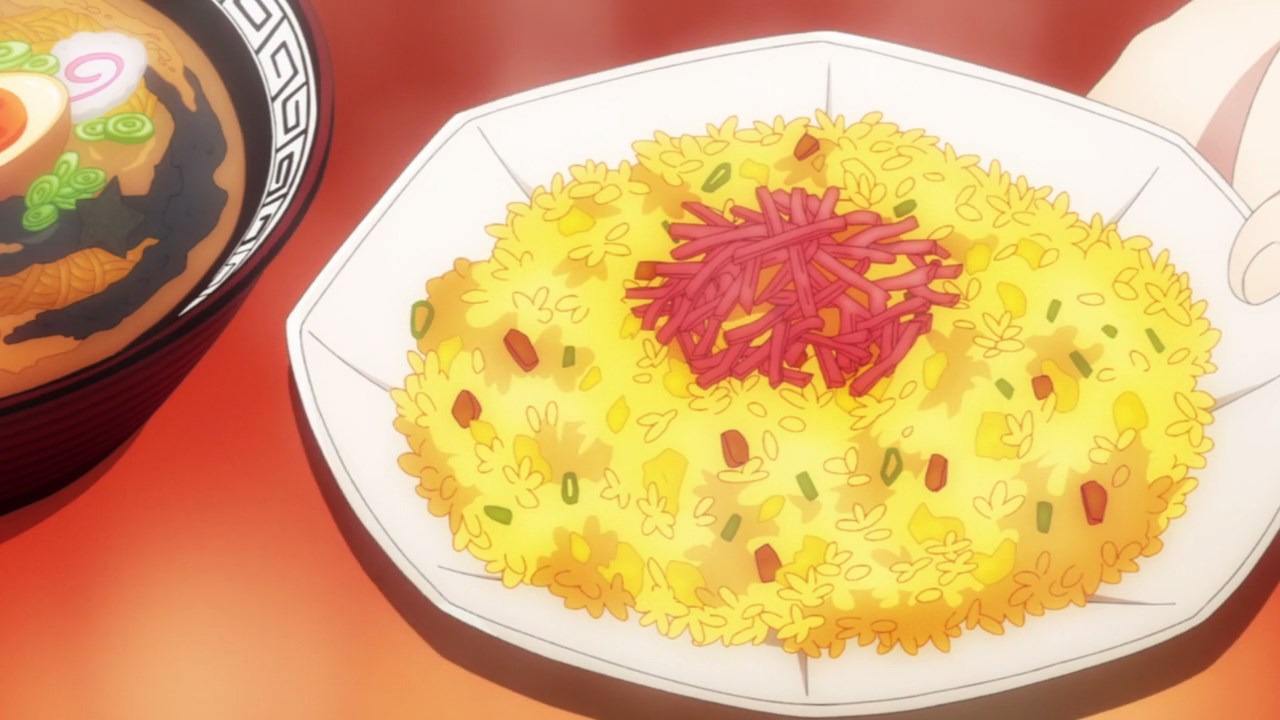 Anyways, here’s some fried rice made by Masuki Sato. It’s a great dish that compliments with a bowl of ramen noodles. 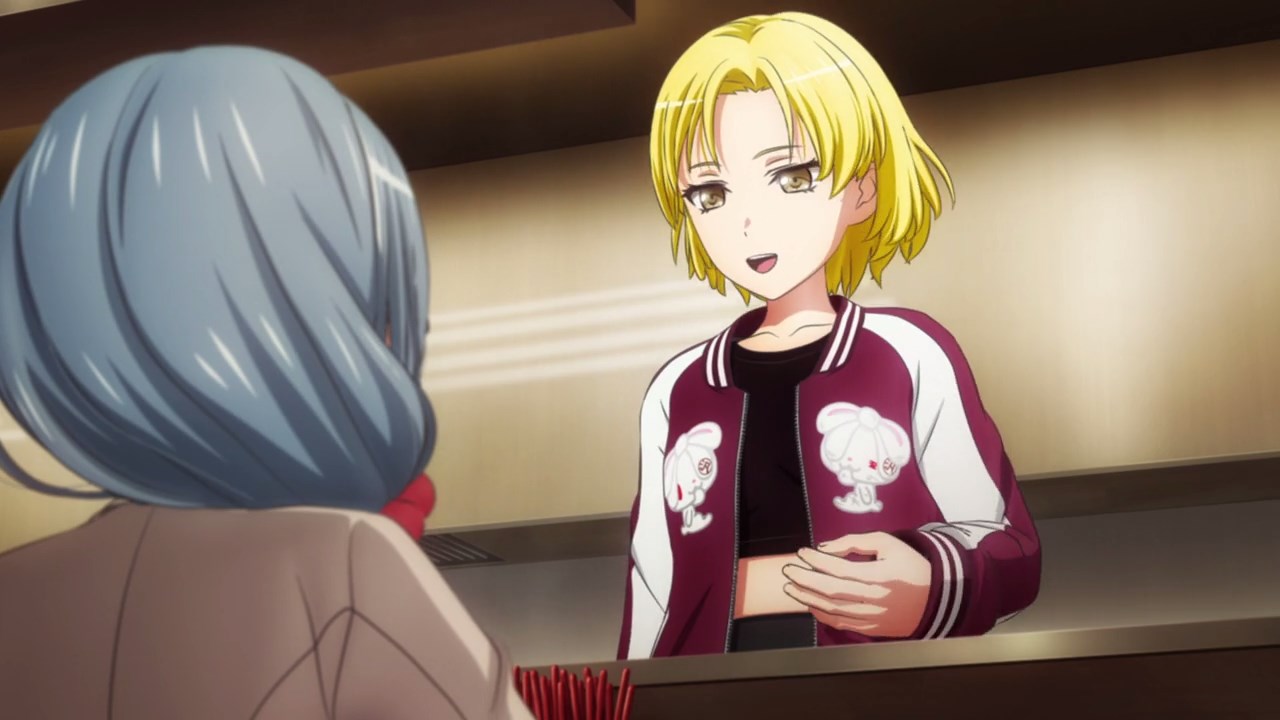 Looks like Masuki managed to cheer Rokka up with food as she told Asahi that Chu2 is not gonna ditch her out because she saw potential in Rokka’s talent. And it’s not just Rokka, but Masking and Layer too.

So yeah, they’re all in this together as RAISE A SUILEN is aiming to perform at the Budokan! 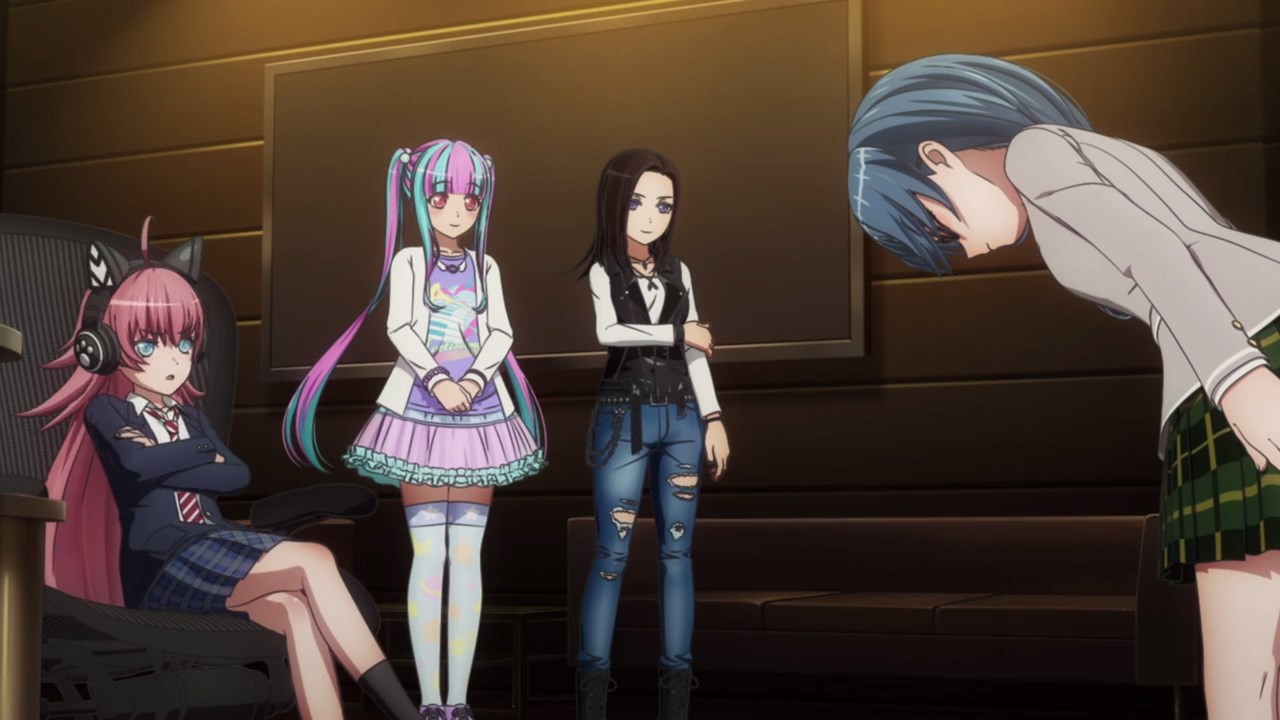 But first, Rokka Asahi wants to finish the recording today, even though Chu2 told her that they’ll finish it tomorrow.

Of course, Lock persisted as she’s ready to rip her guitar and finish the recording as soon as possible. Let’s hope that Rokka Asahi won’t disappoint Chu2! 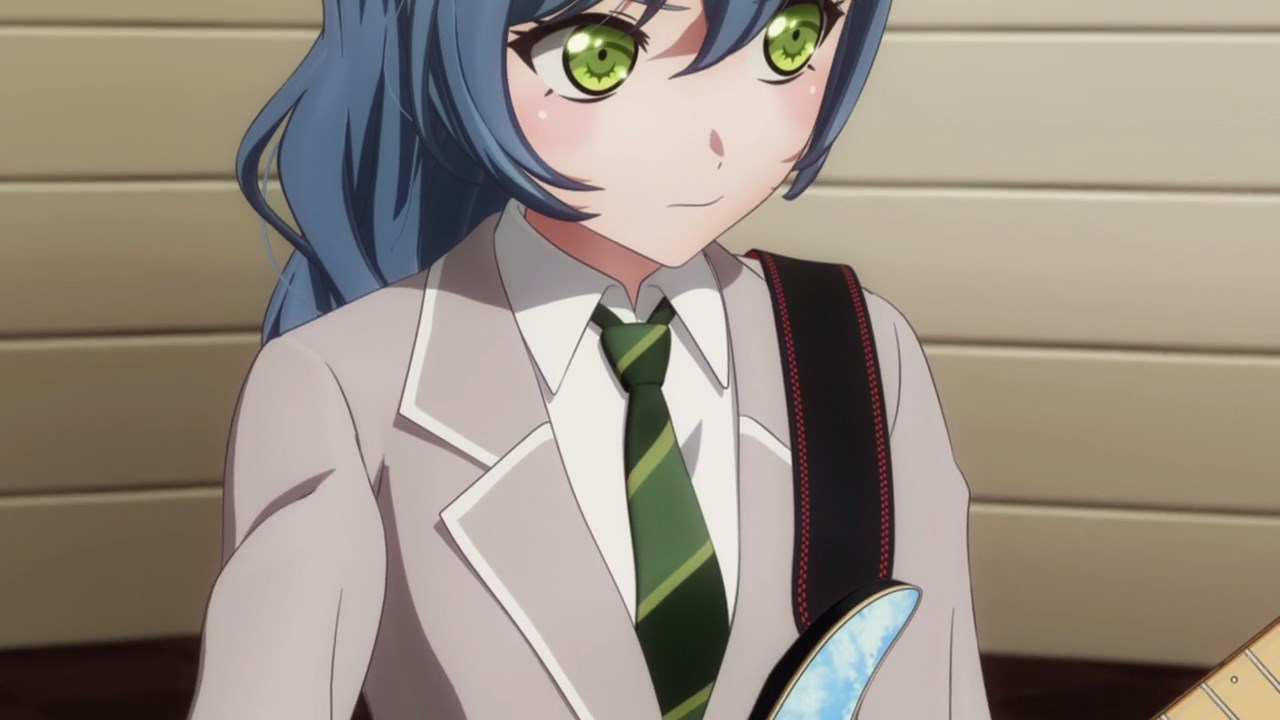 With that said, there a no slip-ups nor doubts as Lock made an amazing guitar performance. You may thanked Masking for calming her nerve! 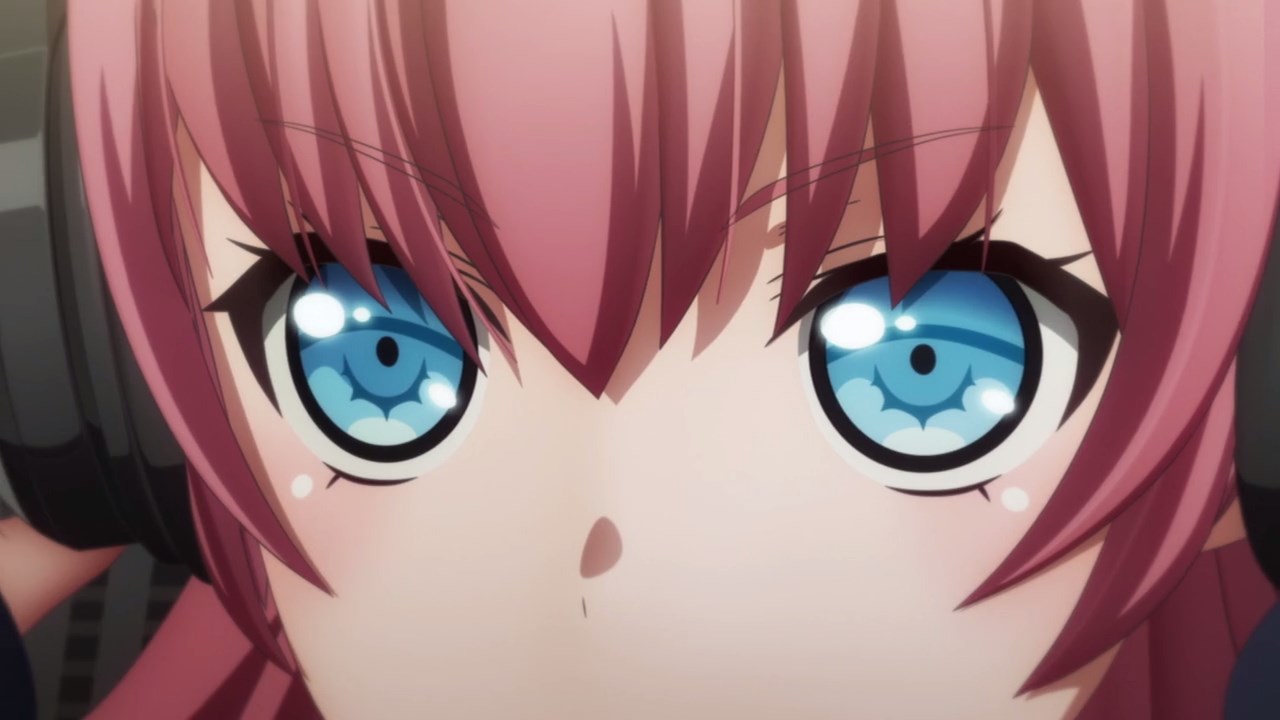 For Chu2, it appears that she was overwhelmed by Rokka’s guitar skills that its level is above her standards. All I can say is that she’s satisfied with that kind of performance. 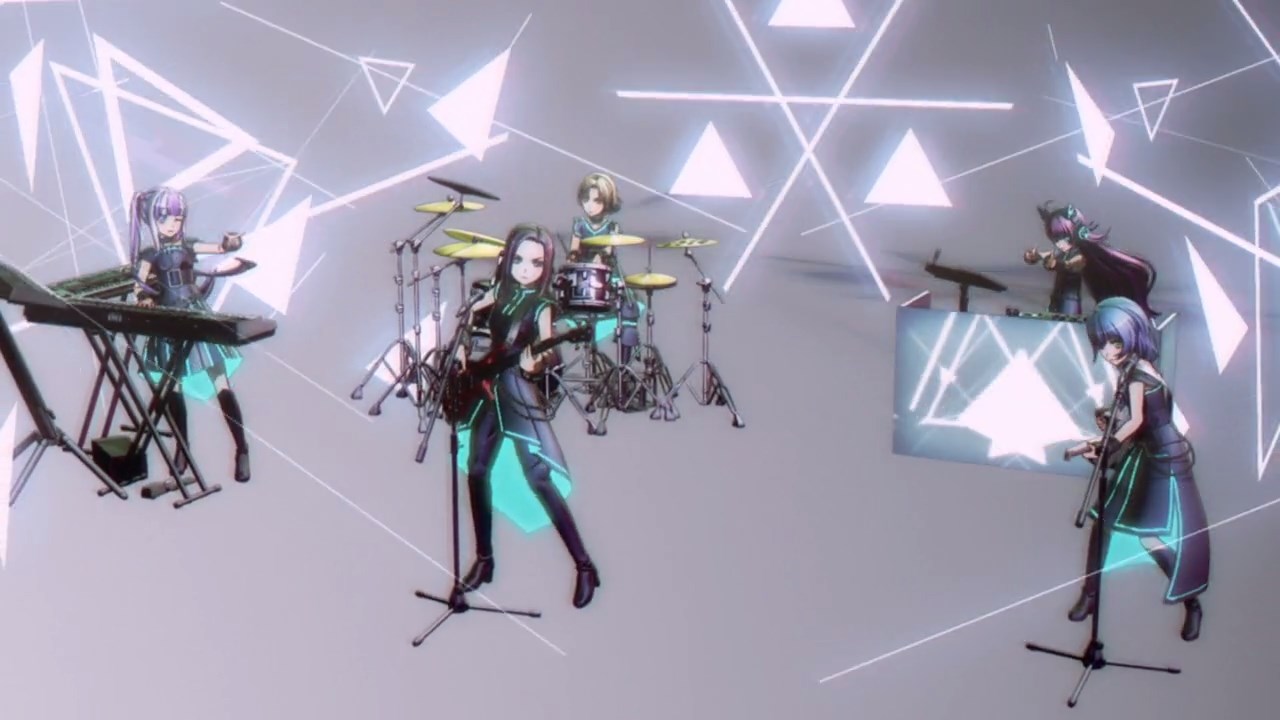 Eventually, RAISE A SUILEN finished the recording of their latest song titled “EXPOSE ‘Burn out!!!'” where their music video earned lots of views, making it a big success for the band and I’m sure they’ll catch up with Roselia in no time! 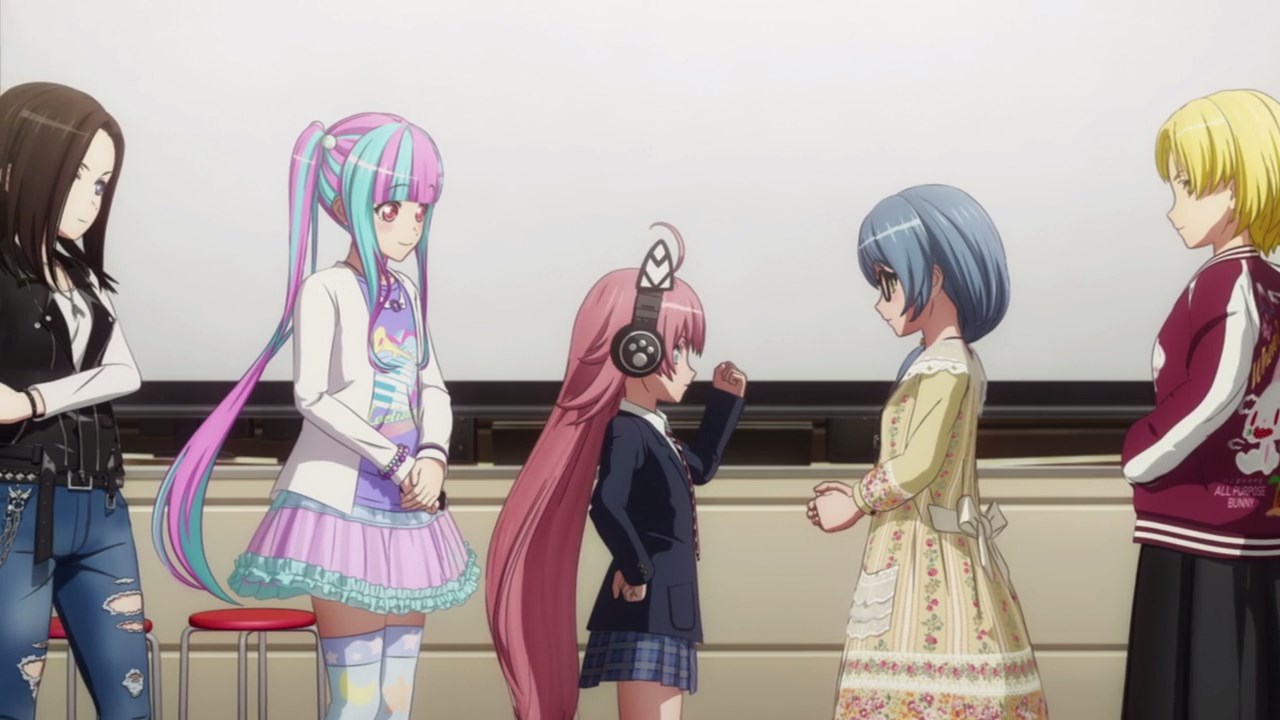 One last thing, looks like Chu2 has decided to make Rokka Asahi as a permanent member of RAISE A SUILEN now that their music video is a big hit. Glad that Lock has officially become the permanent guitarist of the band, and it’s all thanks to her band-mates that help her become part of it.

Now then, let’s hope that other girls band will have something to prove on the next episode because the BanG Dream! Girls Band Challenge is getting fierce!