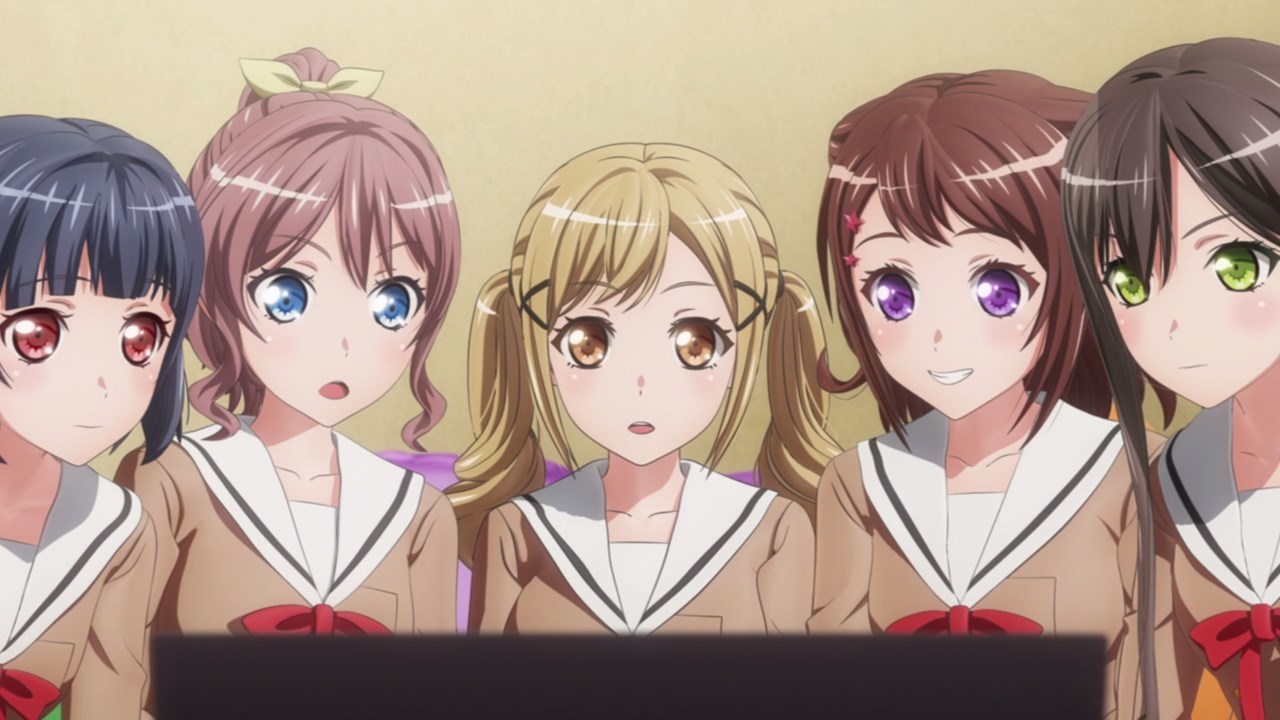 Meanwhile, here’s Poppin’ Party where they recently watched RAISE A SUILEN’s latest music video and all I can say is that Kasumi Toyama and the rest are in awe when Rokka Asahi made a stunning performance! 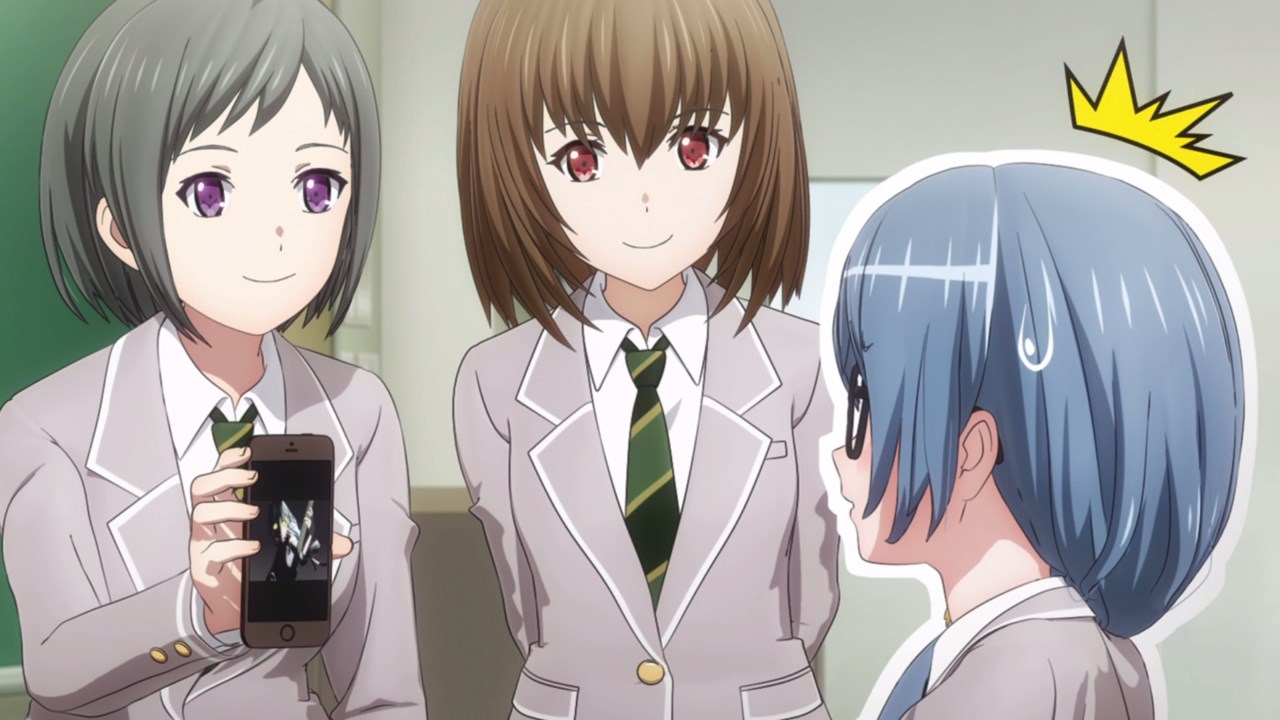 Speaking of Rokka Asahi, everyone at Haneoka Girls’ Academy knows her thanks to RAS’s music video, making her a celebrity overnight. Well, not quite since Rokka looked like a normal girl from Gifu Prefecture. 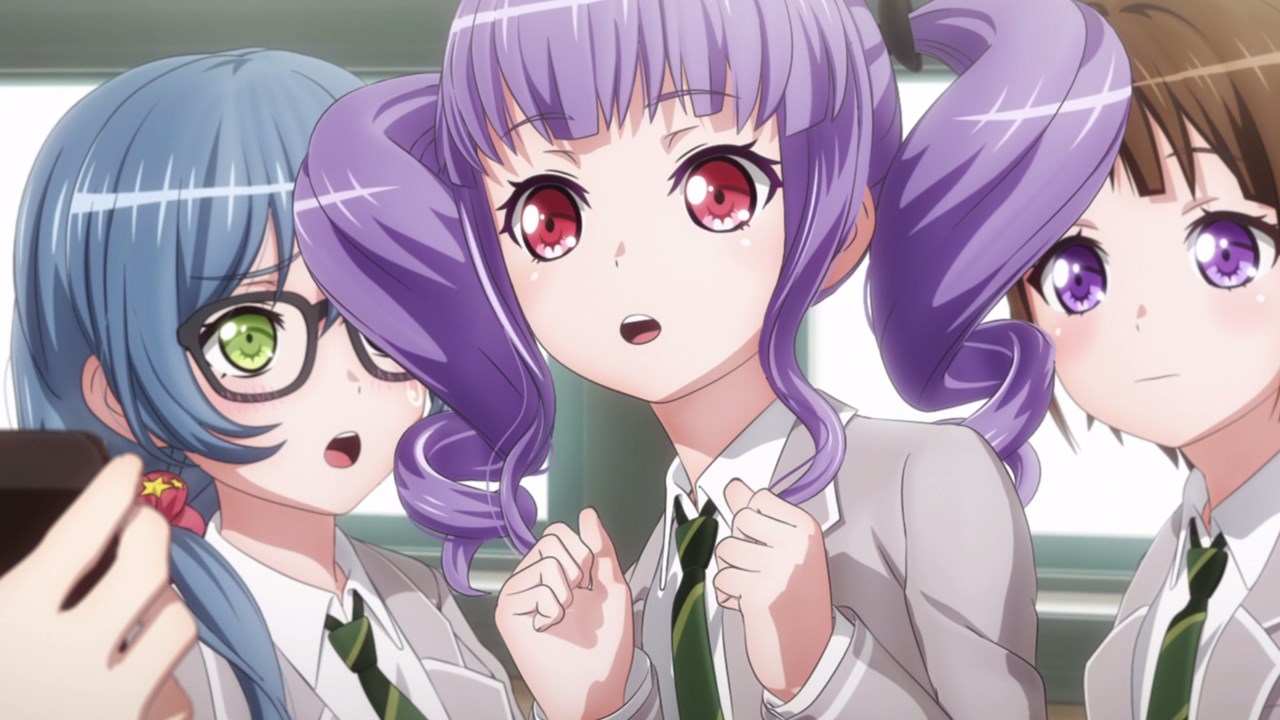 Heck, even Ako Udagawa and Asuka Toyama is surprised that Rokka Asahi joined RAISE A SUILEN. While they’re happy that Rokka joined a girls band, let’s not forget that Chu2 wants to crush the competition! 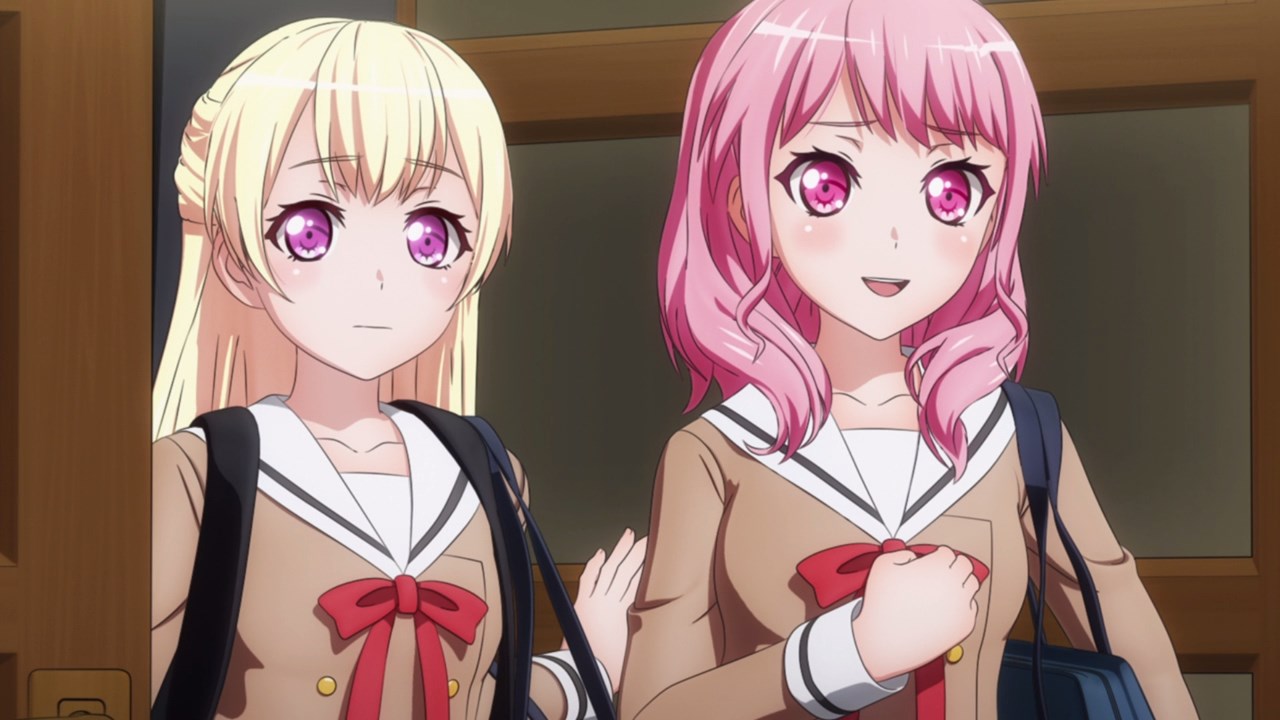 Now then, looks like Poppin’ Party has decided to make a music video by themselves but before they do it, they asked Chisato Shirasagi and Aya Maruyama on some tips as their band Pastel*Palettes made a music video before. 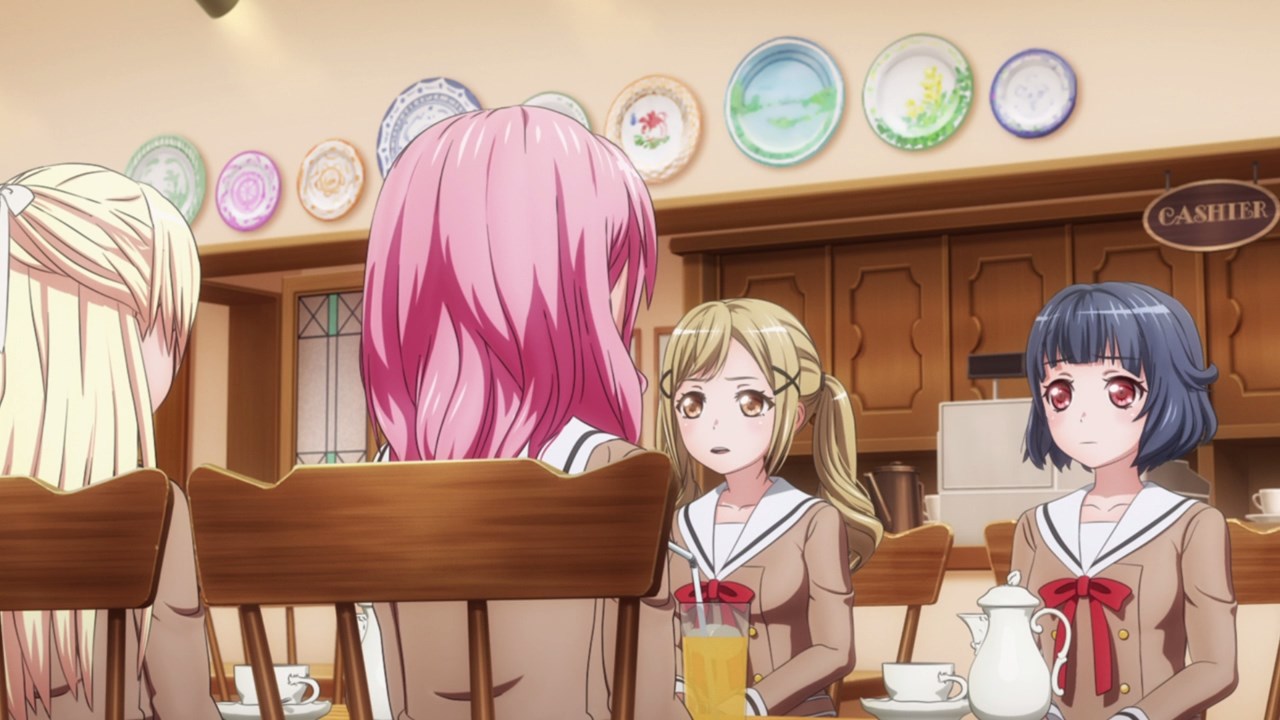 Of course, their MV is made with a budget thanks to their talent agency footing the bill for hiring the staff, renting the equipment and studio, etc. Hence, their music video is shot in mostly CGI with one exception where Pastel*Palettes played their instruments at a meadow in Chiba Prefecture.

So while PoPiPa doesn’t have the budget, Arisa Ichigaya and Rimi Ushigome will take notes but not copy most of the quirks from Pastel*Palettes’ music video. Well Arisa and Rimi, good luck on making a music video or should I say PoPi-V! 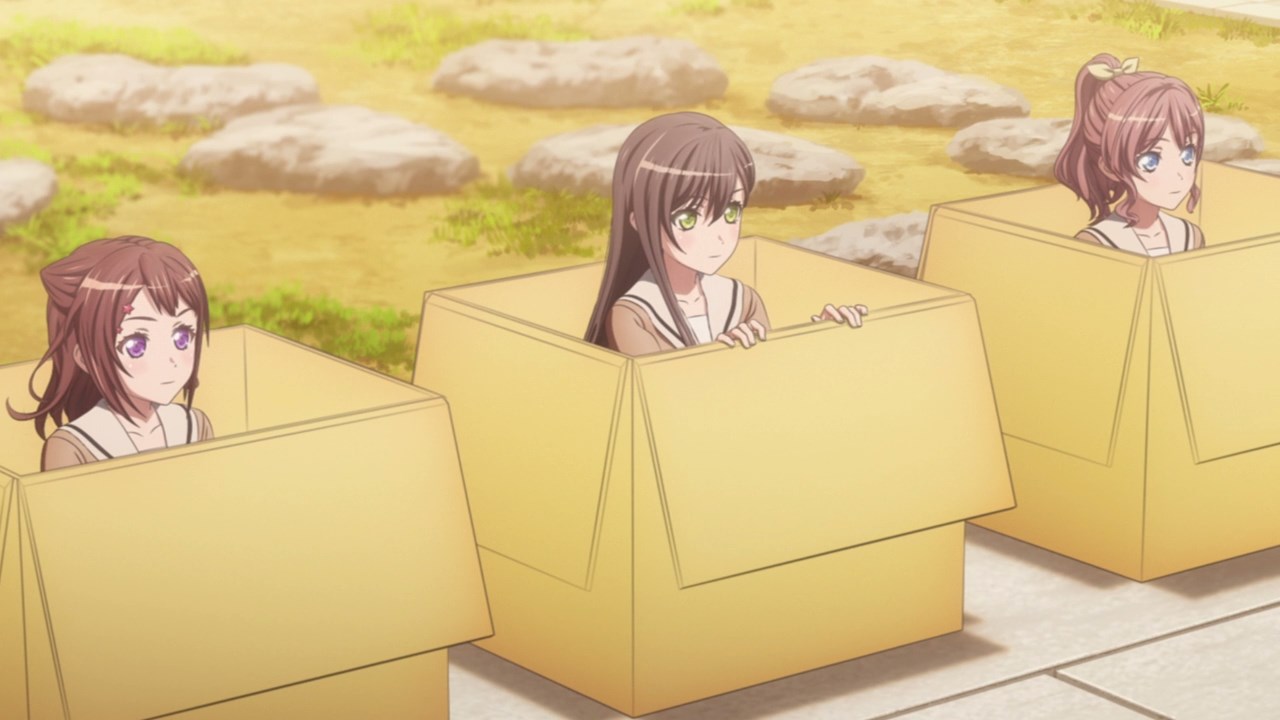 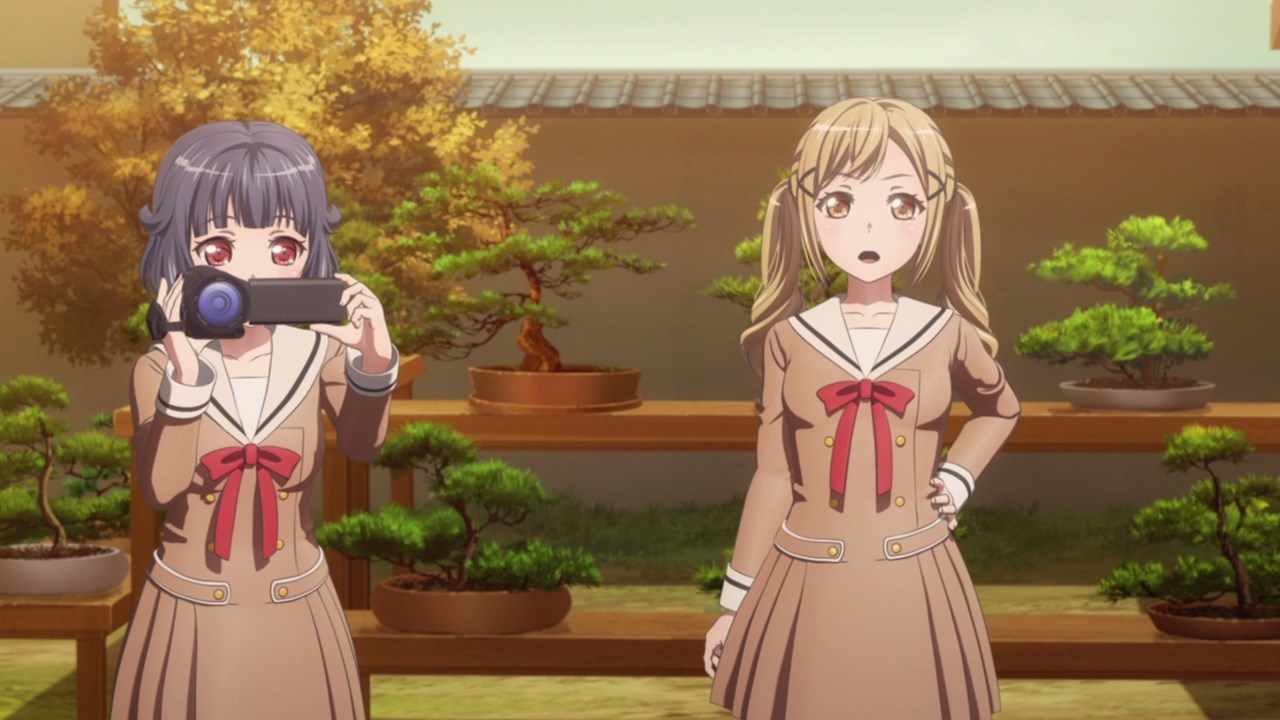 Now then, let’s go back to Arisa’s mansion where she and Rimi are going to make a music video, although I’m worried that it might not become successful due to their shoe-string budget.

C’mon, why do I have to see girls inside those boxes? Are they somewhat emulating RAISE A SUILEN’s music video? 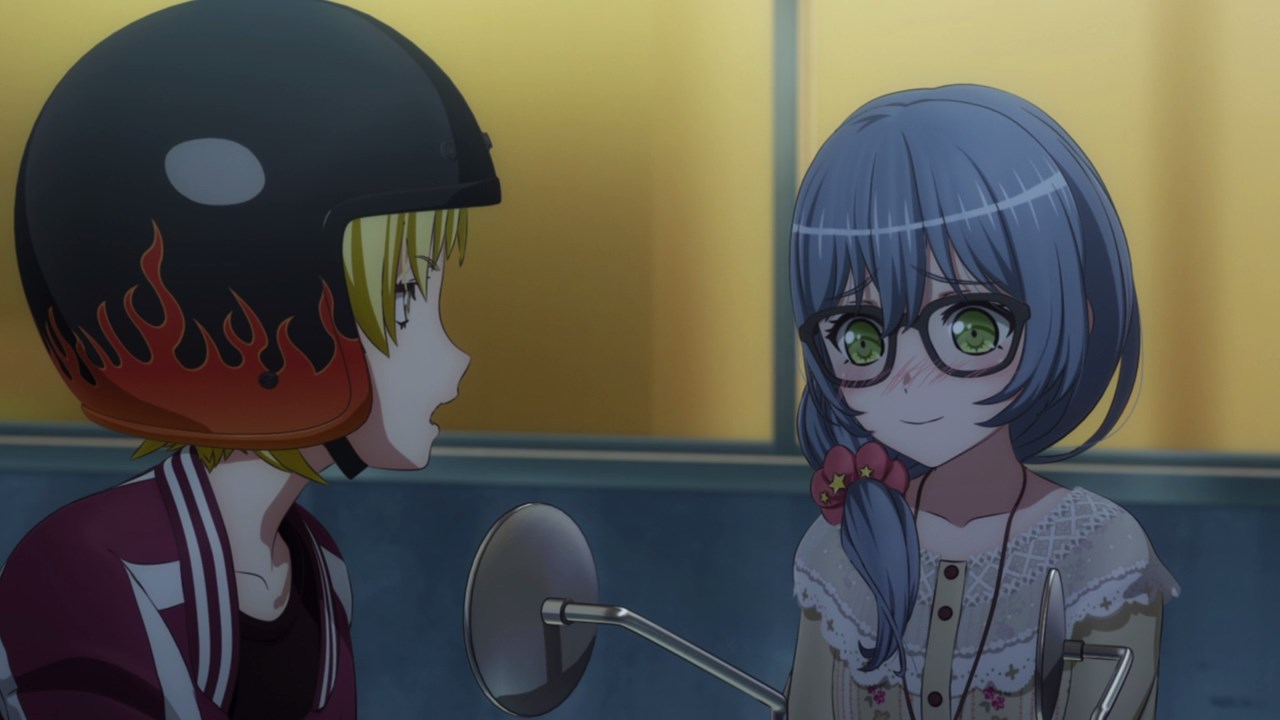 Speaking of RAISE A SUILEN, here’s Rokka Asahi where she got home thanks to Masuki Sato giving Rokka a ride on her bike.

Of course, Lock wants to give something to Masking in return for helping her. I mean, Masuki treated her to a ramen restaurant in the previous episode.

So, Rokka offered Masuki a bath since she’s living at the bathhouse after all, and I have to say that Masking felt relaxed and satisfied because she haven’t visited a bathhouse for a long time.

Of course, Masuki Sato really wants to have RAISE A SUILEN do various things outside their usual live gigs such as eating ramen or even bathing together. Then again, Chu2 is busy beating Roselia and Poppin’ Party to a pulp. 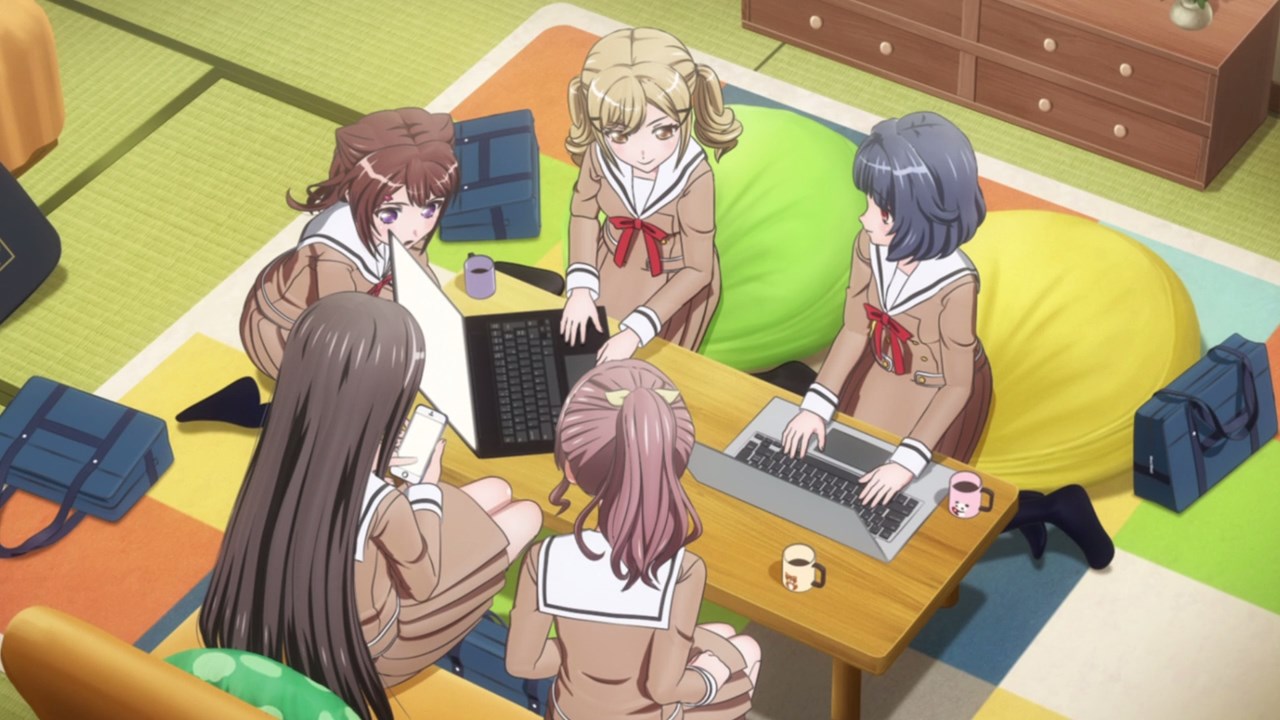 Now let’s go back to Arisa’s mansion as Poppin’ Party are finishing up their music video. Of course, they’ll just throw everything including the kitchen sink, while Arisa and Rimi are doing their best to organize into one coherent video. 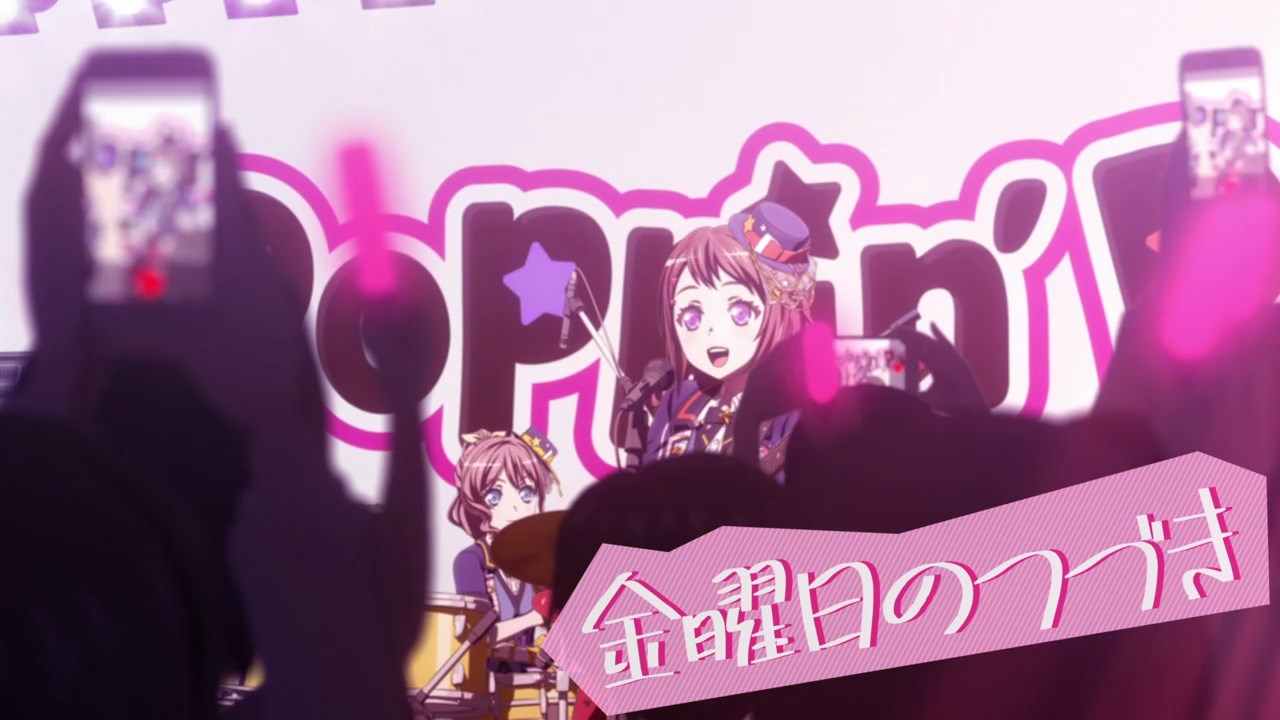 The result? Poppin’ Party made a decent music video titled “Poppin’ Shuffle” where it has everything from their previous lives, to cameo appearances of various girls band. Oh, and not to mentioned that it’s catchy too! 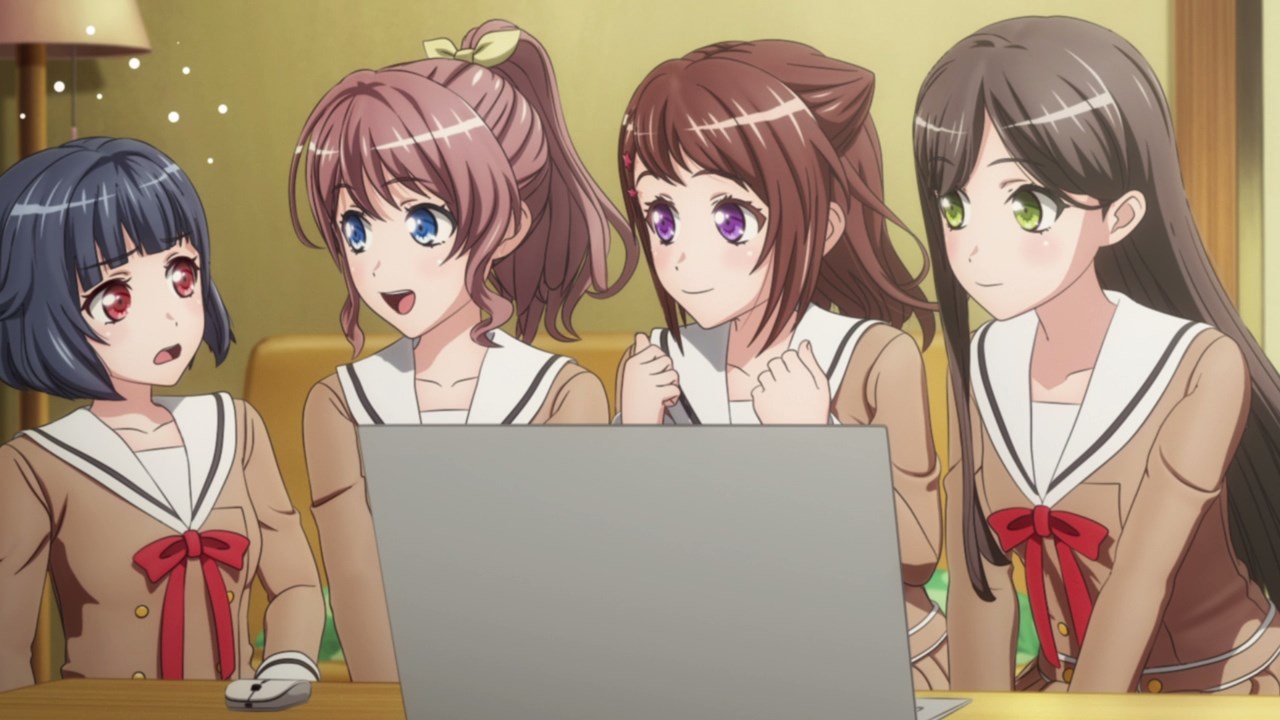 Well then, I gotta give props to Arisa Ichigaya and Rimi Ushigome for editing various clips into something that’s watchable. I mean, Kasumi Toyama and the rest of PoPiPa are happy that they got a music video! 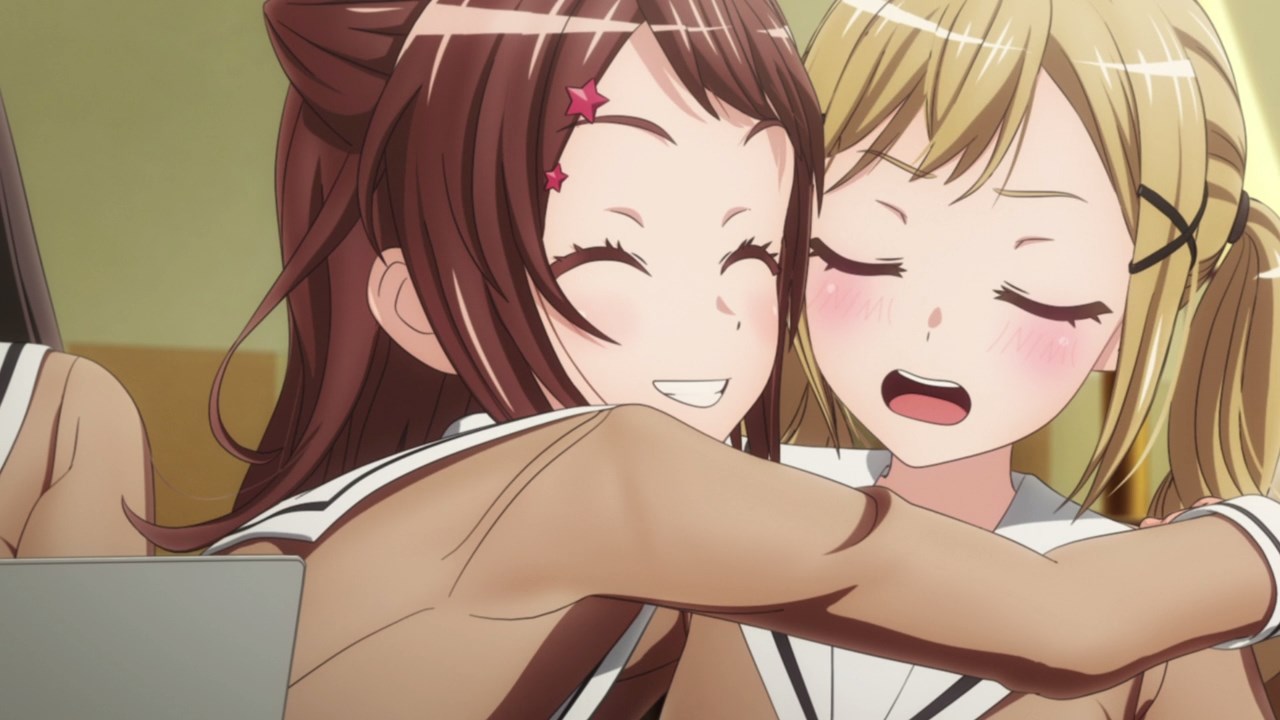 Speaking of Arisa Ichigaya, looks like she wants to have some breathing space as she’s being hugged by Kasumi Toyama. C’mon Arisa, you should be happy instead of acting like a tsundere! 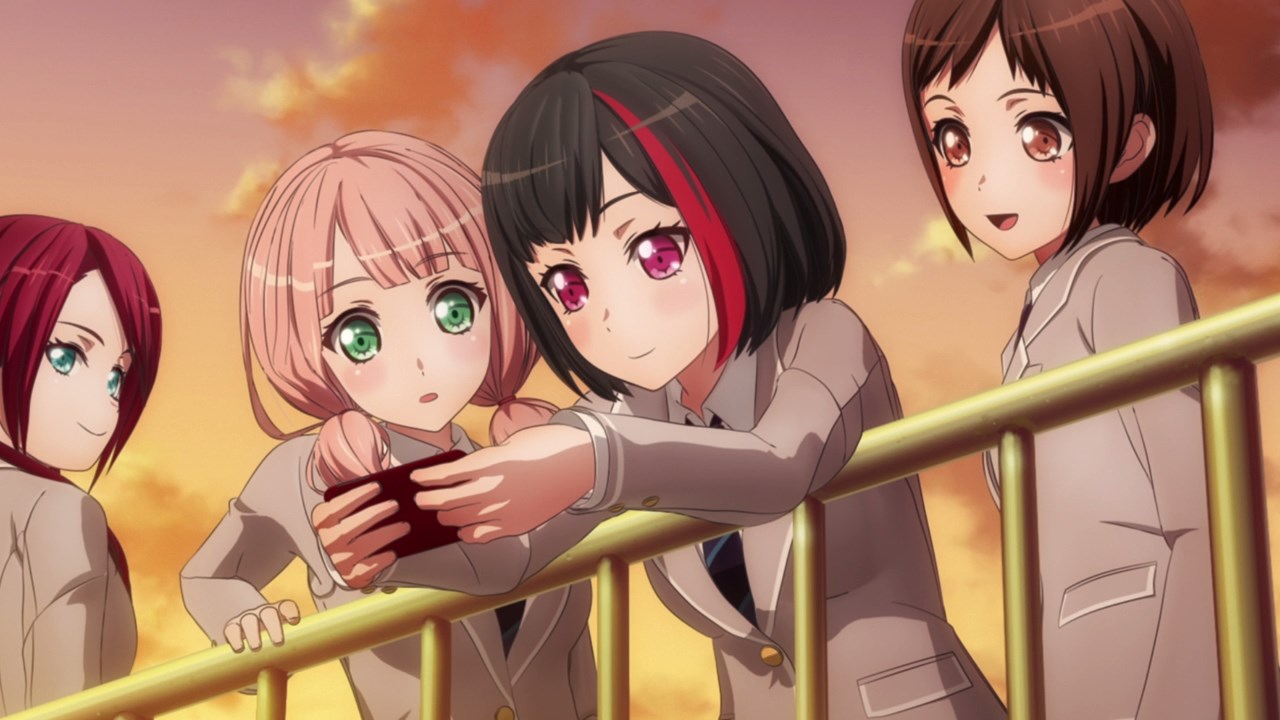 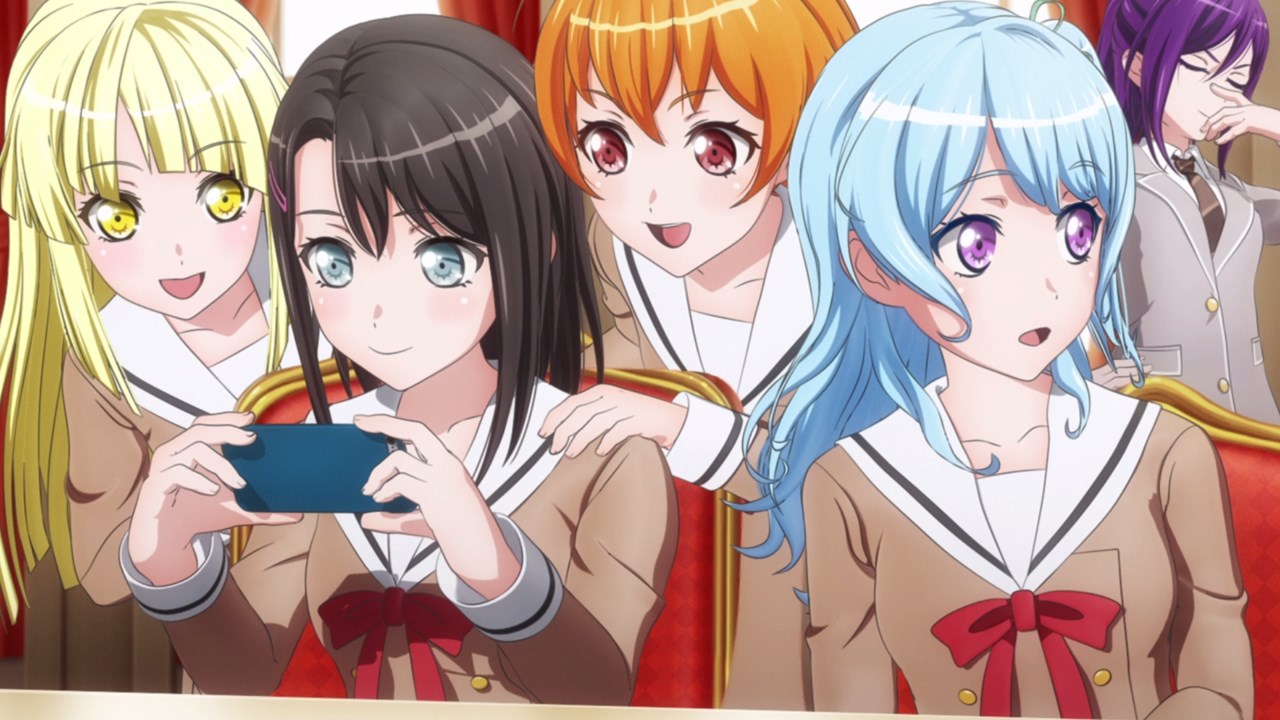 Afterwards, Poppin’ Party posted their music video to a video-hosting website where everyone can see it.

Heck, even the likes of Afterglow and Hello, Happy World! give them likes to PoPiPa’s music video, so it’s a decent success for Kasumi and her friends. Then again, I hope that they could get into Top 2 for the BanG Dream! Girls Band Challenge. 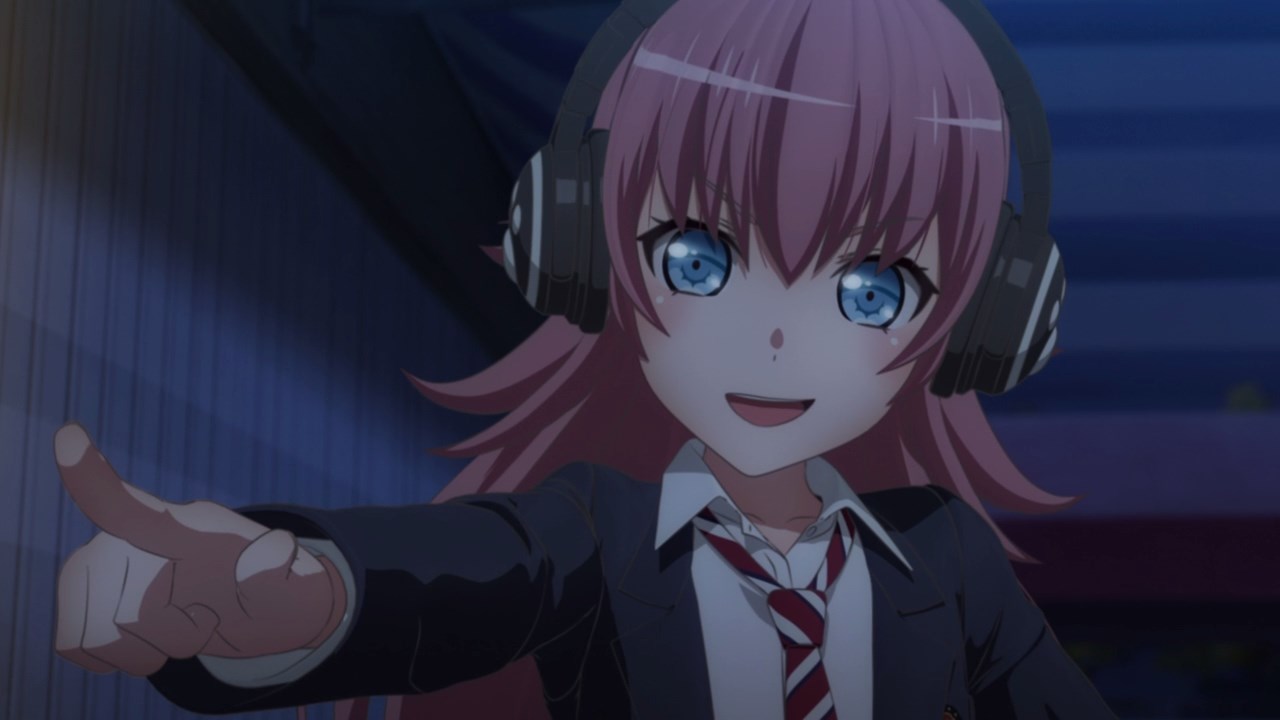 One last thing, here’s Chu2 from RAISE A SUILEN where she challenges Roselia to a girls band showdown in the same venue. Of course, I wonder if they’ll perform at either Dub Music Experiment or Live House Circle? 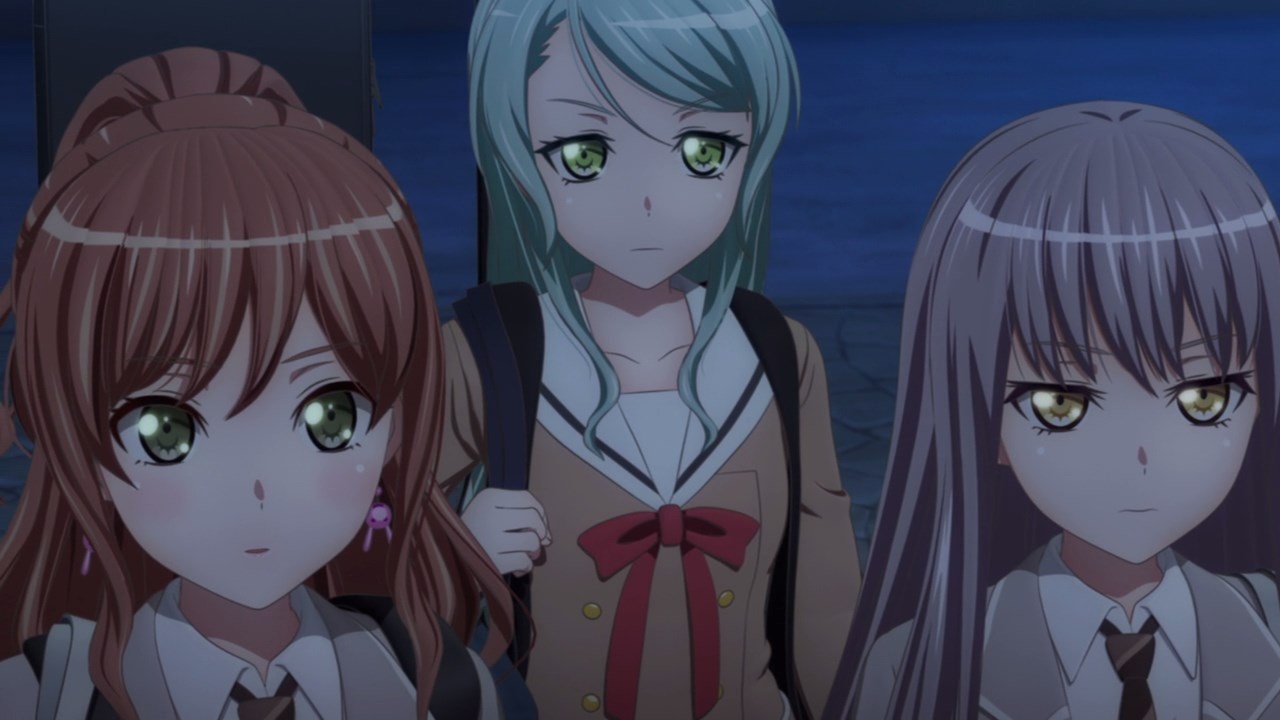 On the other hand, the likes of Sayo Hikawa and Lisa Imai are surprised that Chu2 throws the gauntlet at Roselia, but Yukina Minato thinks otherwise as she doesn’t want her band to waste their time on a pint-size DJ who’s annoying at worst.

Now then, I’ll see you next time as BanG Dream! Season 3 will premiere their next episode in March. But in the meantime, the 3rd season is now airing in Japan so it’s a good thing that the Japanese crowd can finally watch more BanG Dream!